It was still raining when I left Gebele. Walking around in the drizzle didn’t feel like a big deal, but I didn’t want to get surprised by heavy rains again. Maybe I was making a mistake? 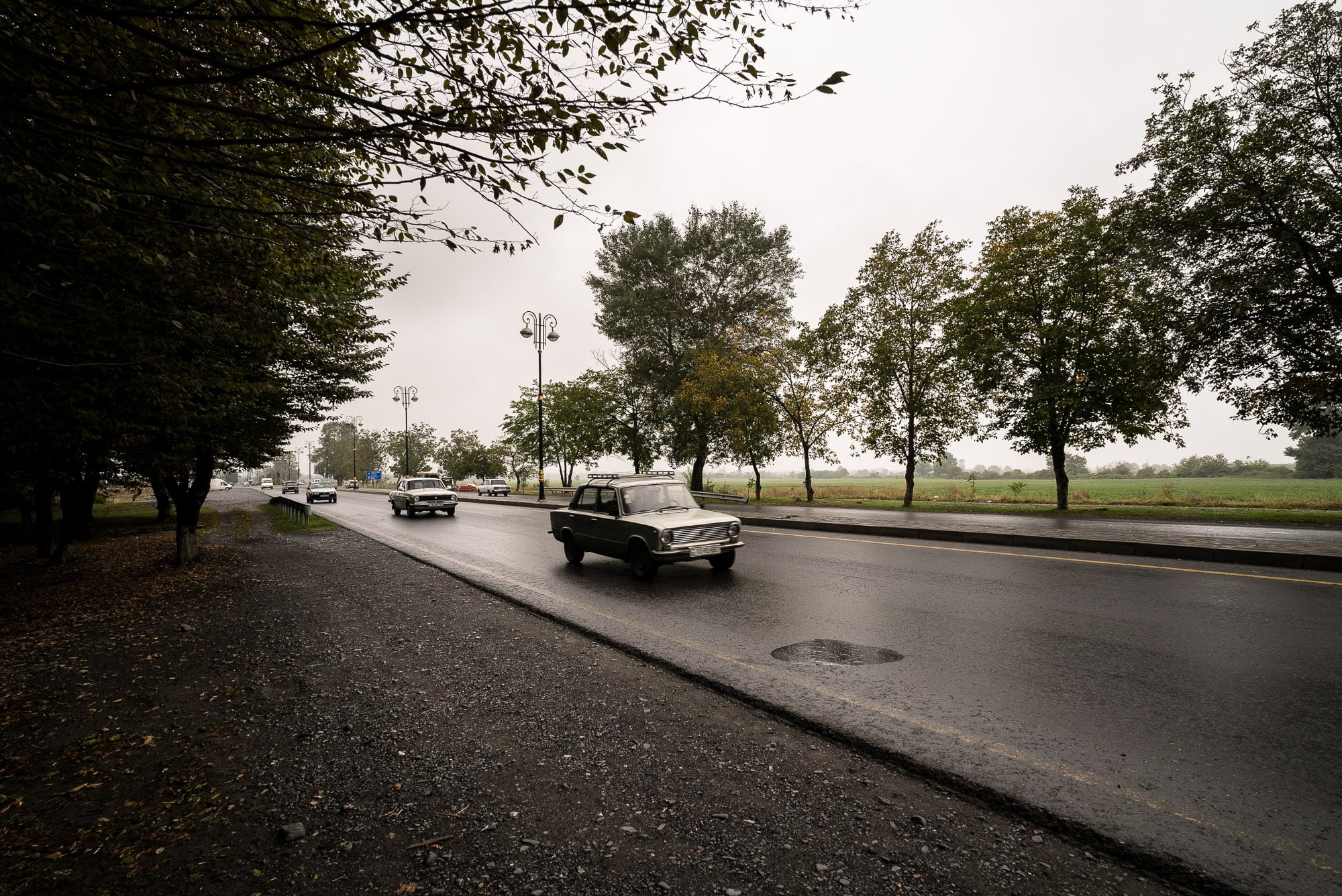 But it turned out that even the drizzle stopped after a while, and the road was quiet and friendly: 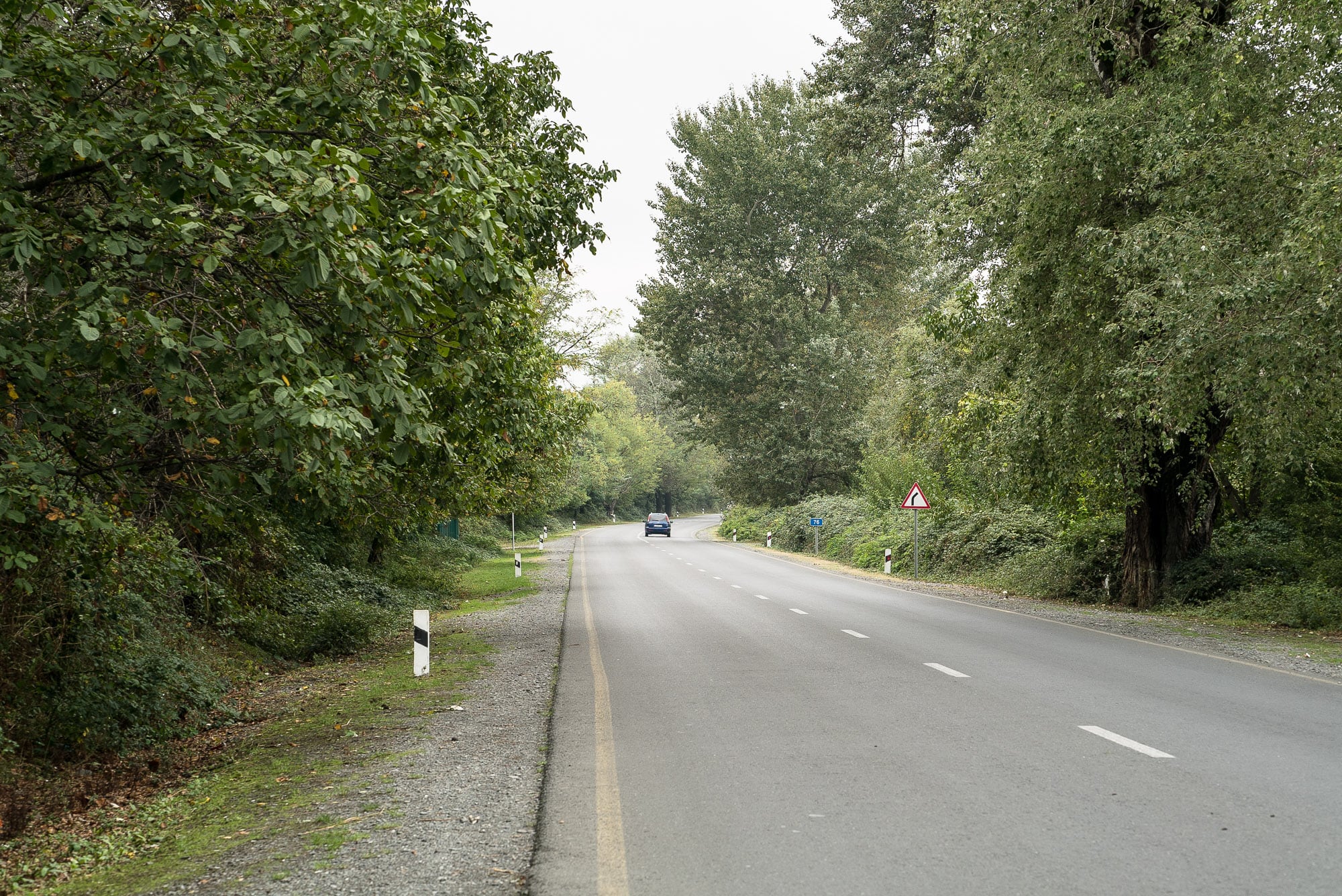 There were two ways to go – I could either head towards the west and go straight to the old town of Sheki, or a could venture south a bit and check out some old ruins.

I stopped by this WWII monument and pondered the question of my direction for a while: 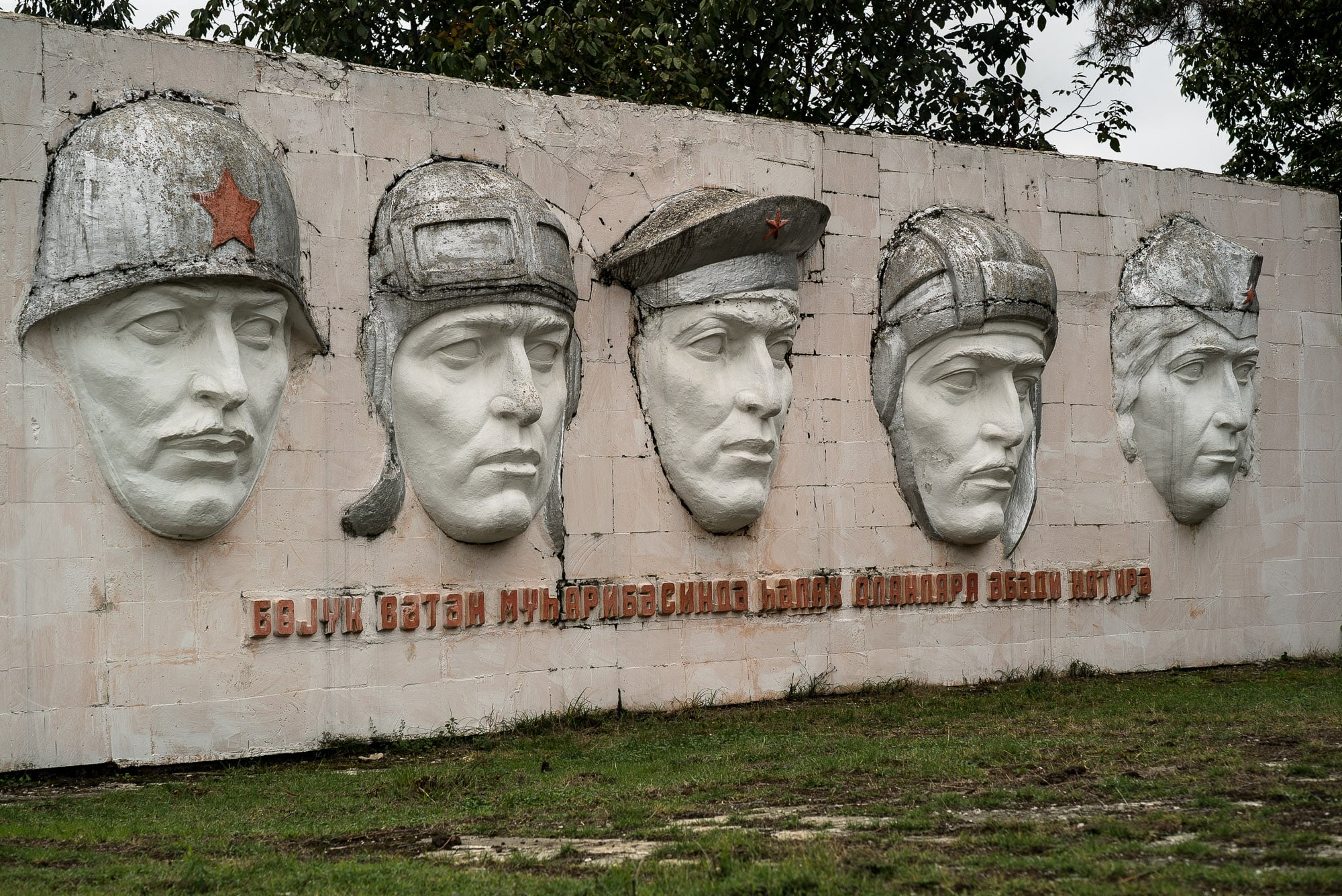 Then I went south.

The road there was winding and absolutely silent: 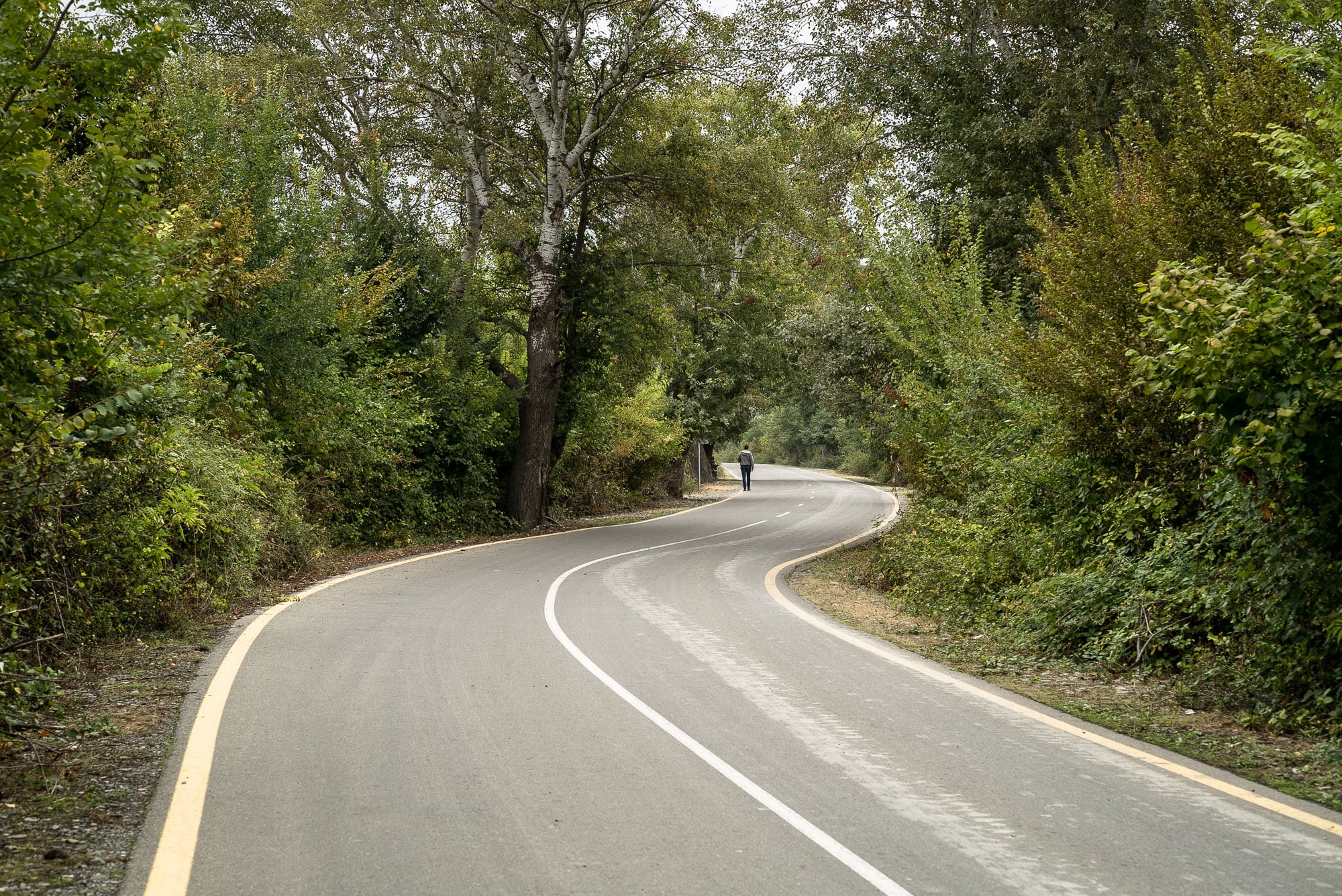 Sometimes I ran into a solitary cow: 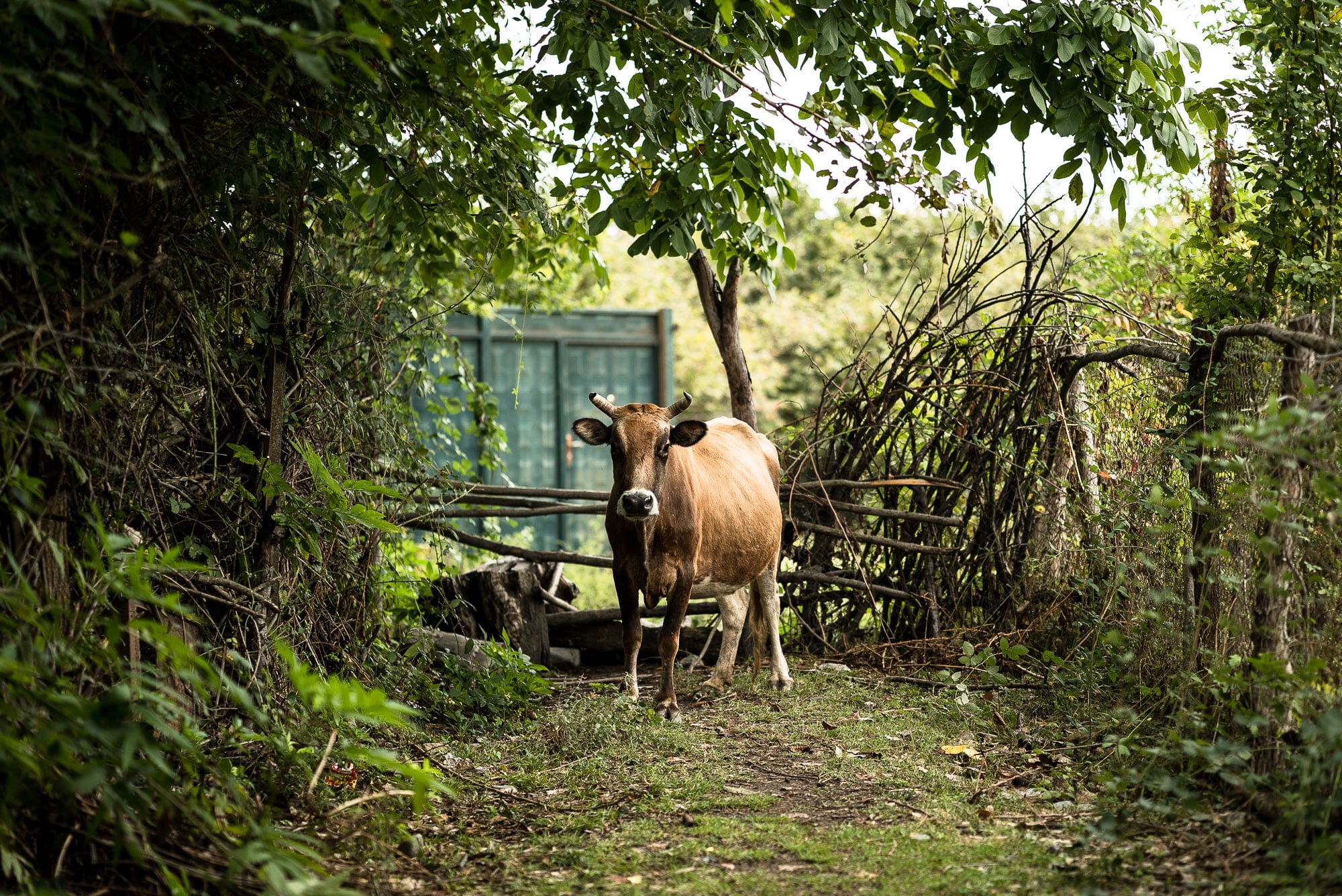 But mostly it was just silence and the trees: 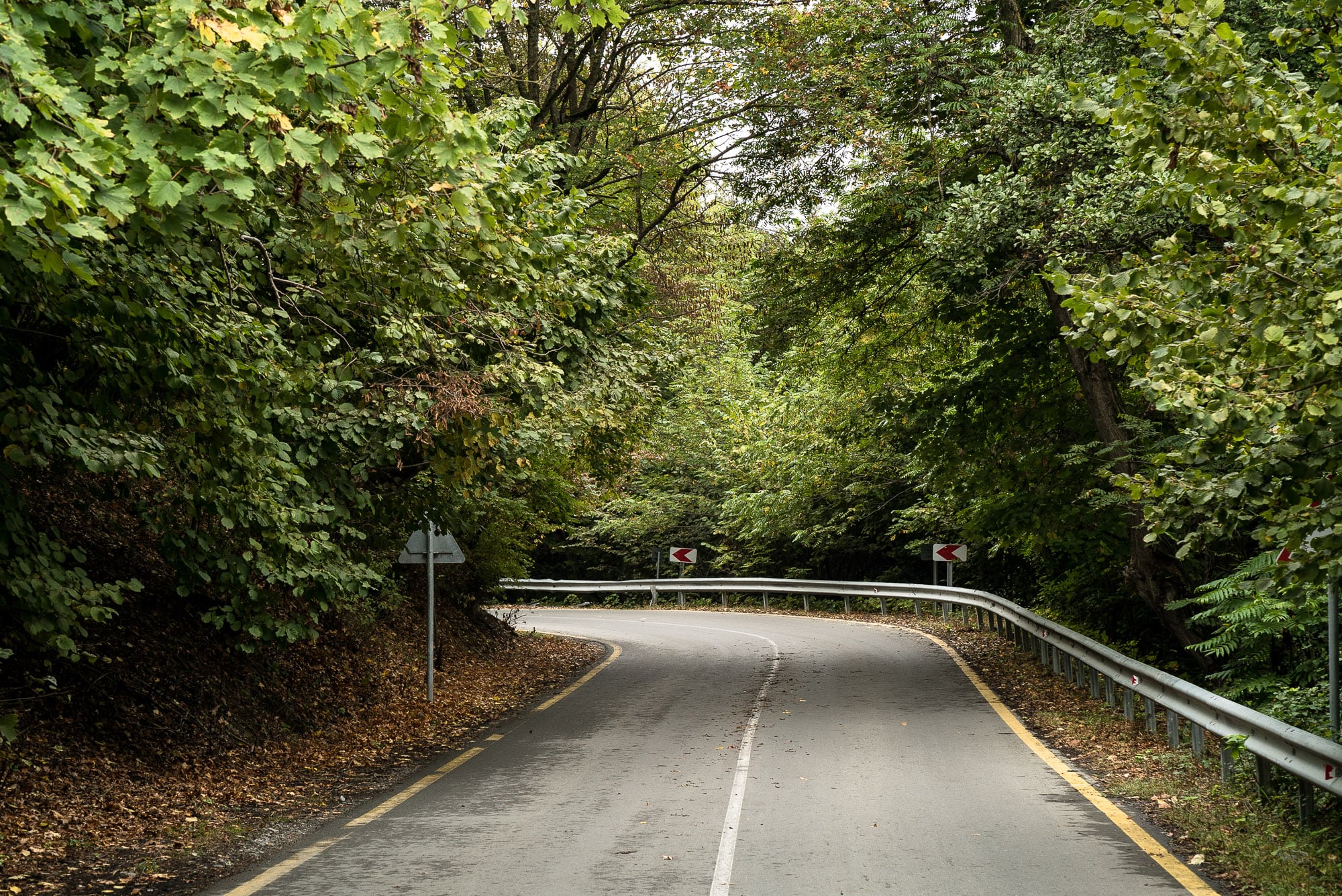 When I arrived at the old city ruins, there was a museum with an attached hotel, and there was a restaurant that looked – again – like a medieval castle: 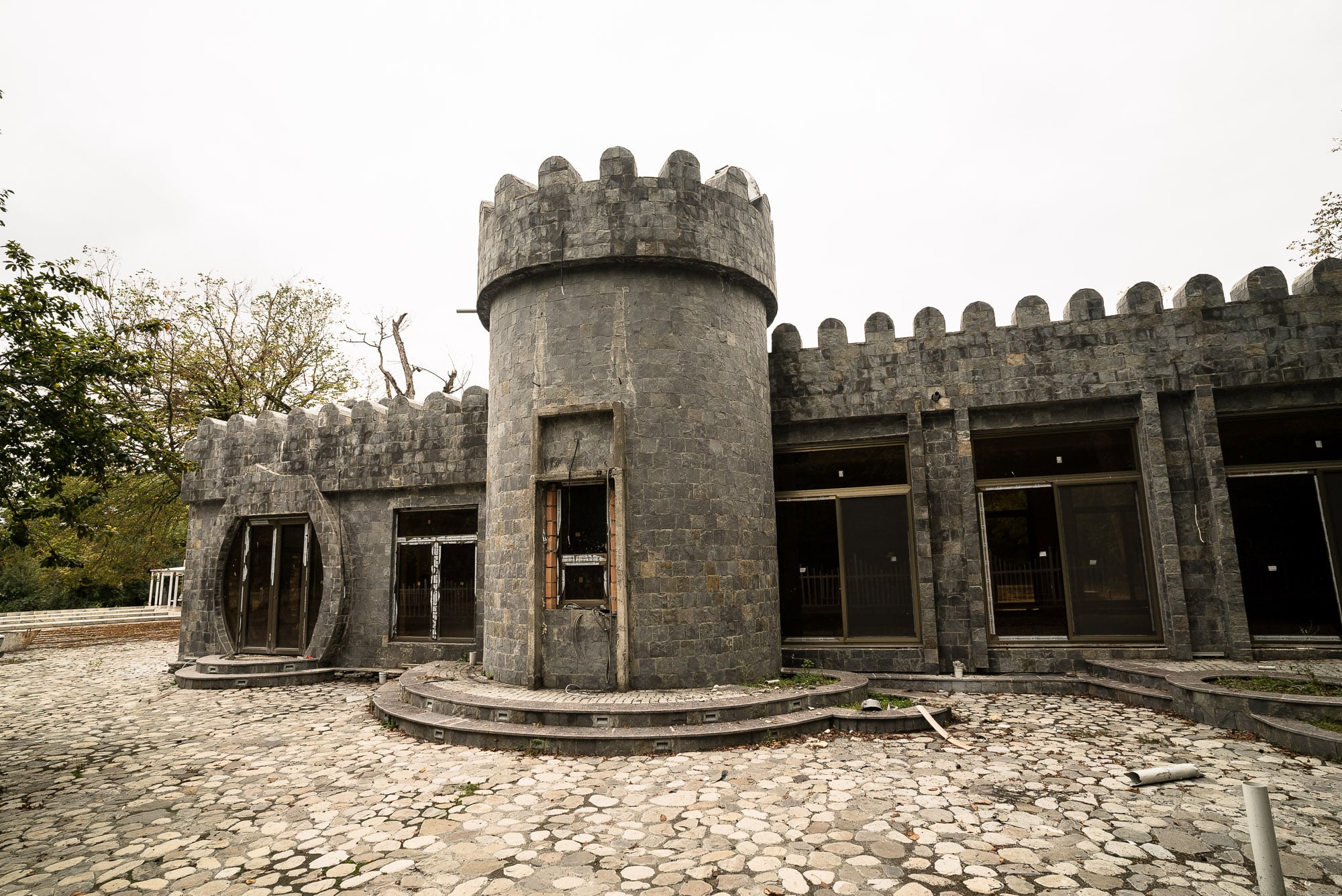 The restaurant was closed, the museum and the hotel were open. Yay!

I went and checked out the ruins: 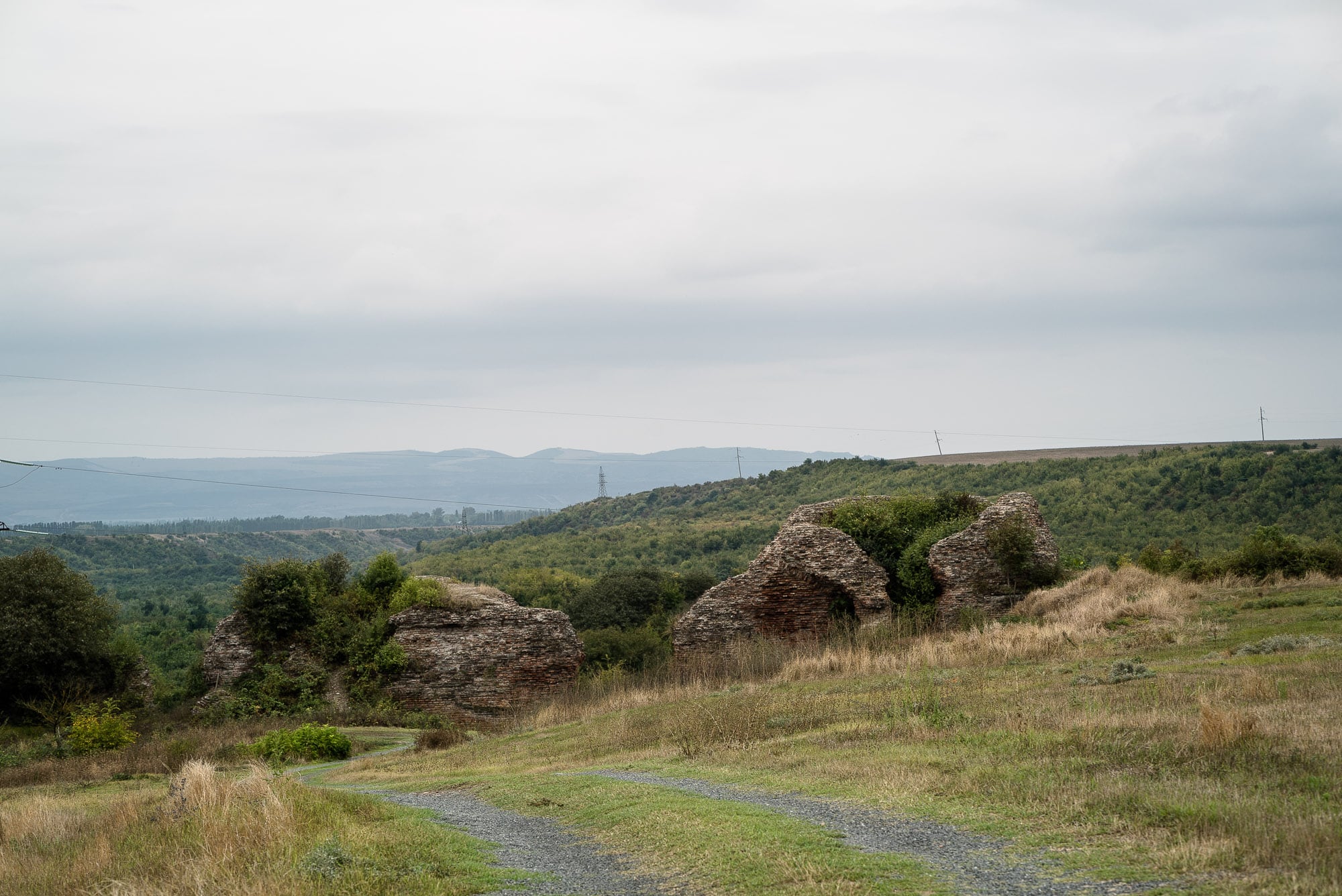 There wasn’t that much left of a town that had been a major hub in the area for hundreds of years: 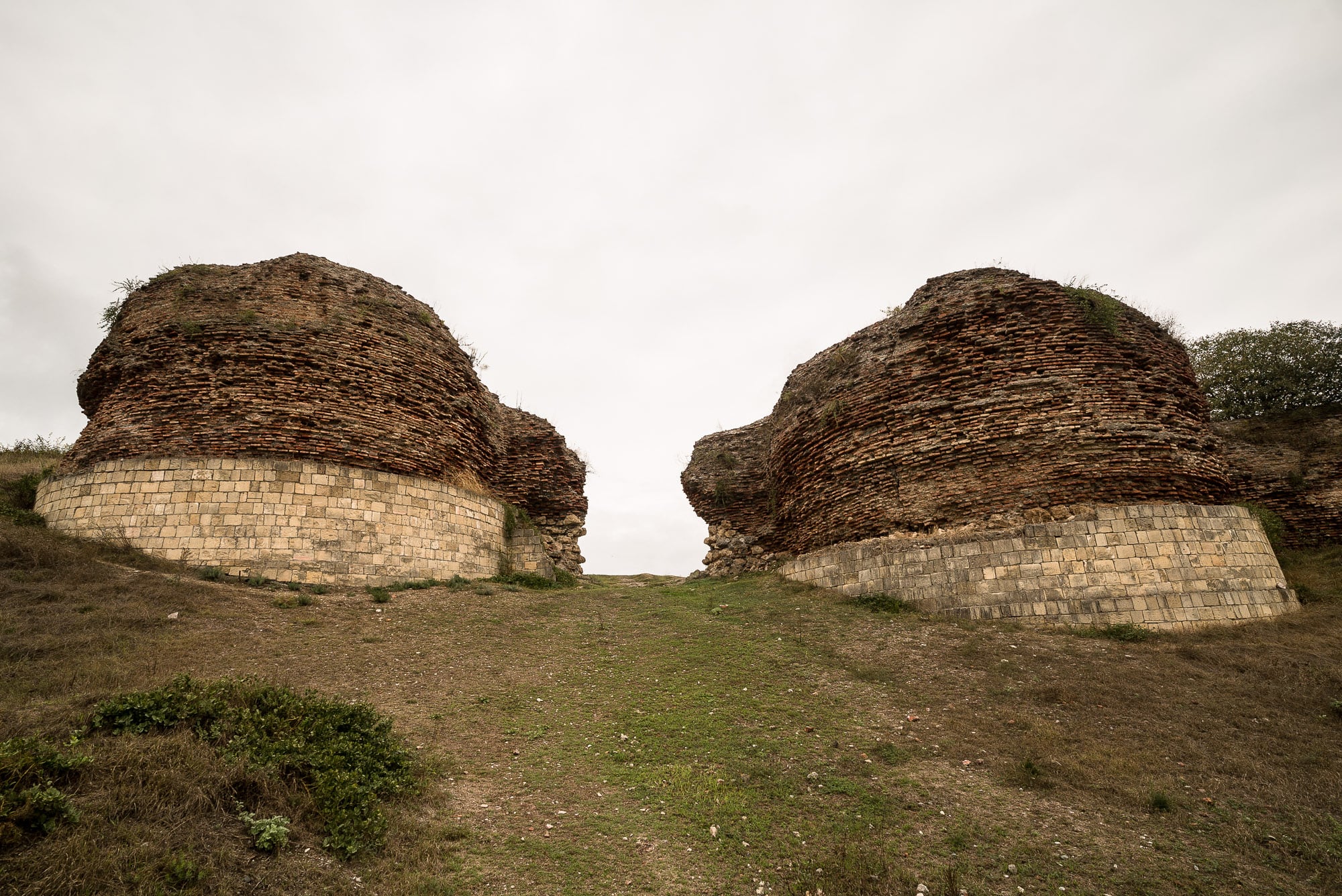 History had a strange way of taking that which people cherished (like their homes) and turning it into dust and rubble: 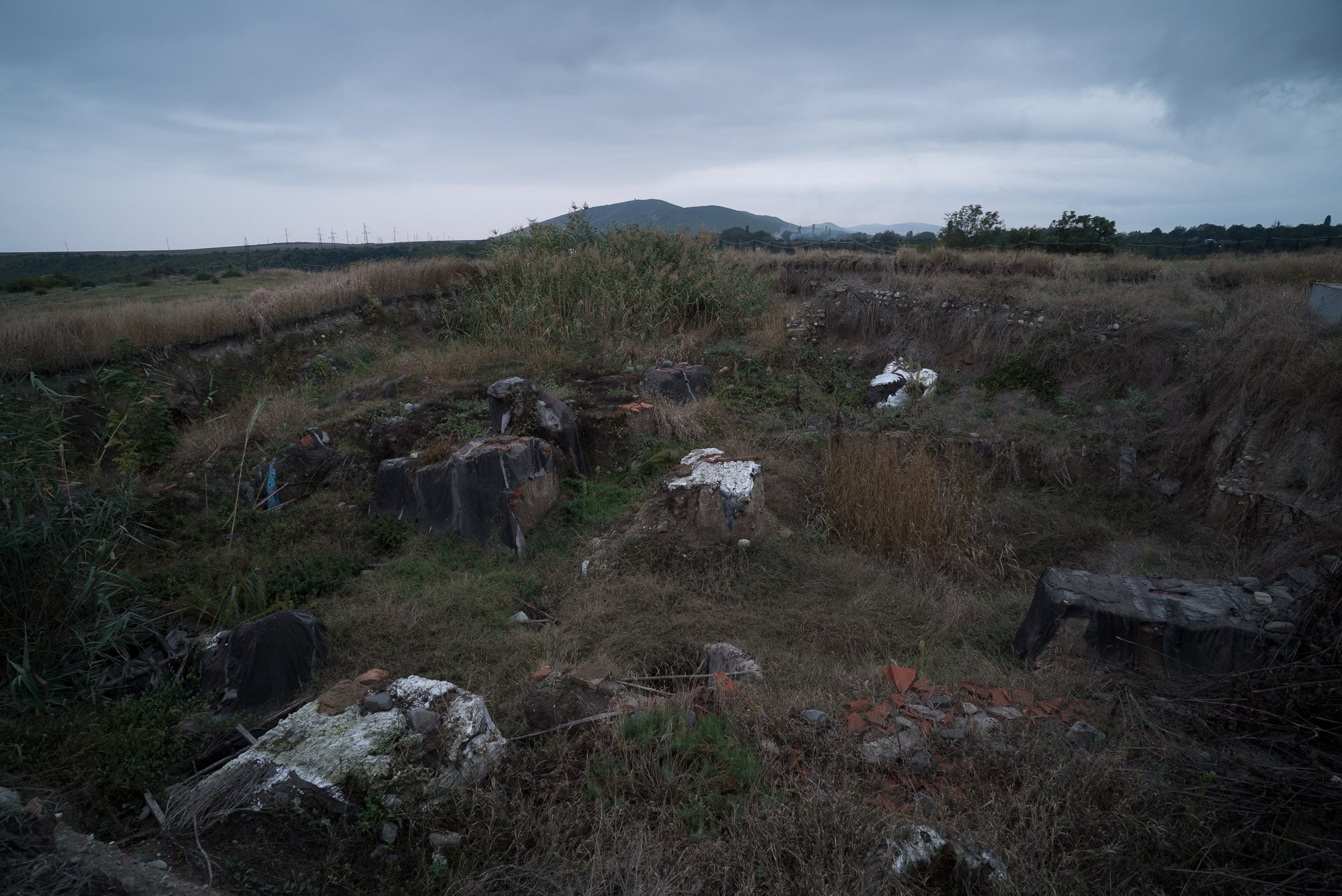