With all my wet stuff hanging everywhere, my room had the feel of a limestone cave. This was probably part of the reason why I felt the need to get out. Also, people had been telling me how great Gebele was, real touristic gem etc.

So I went outside: 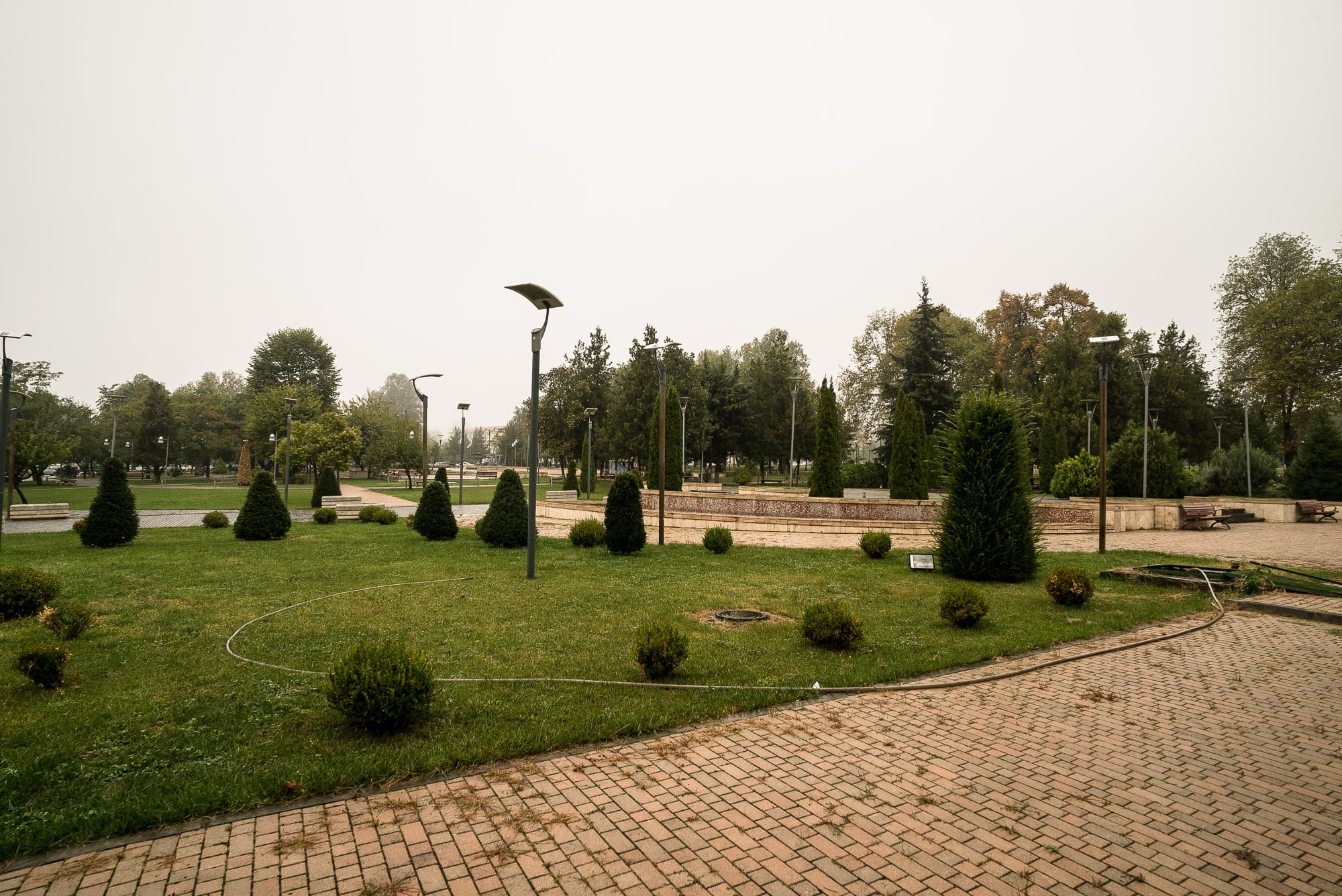 It was still raining, though not strongly. I passed a monument to the previous strongman: 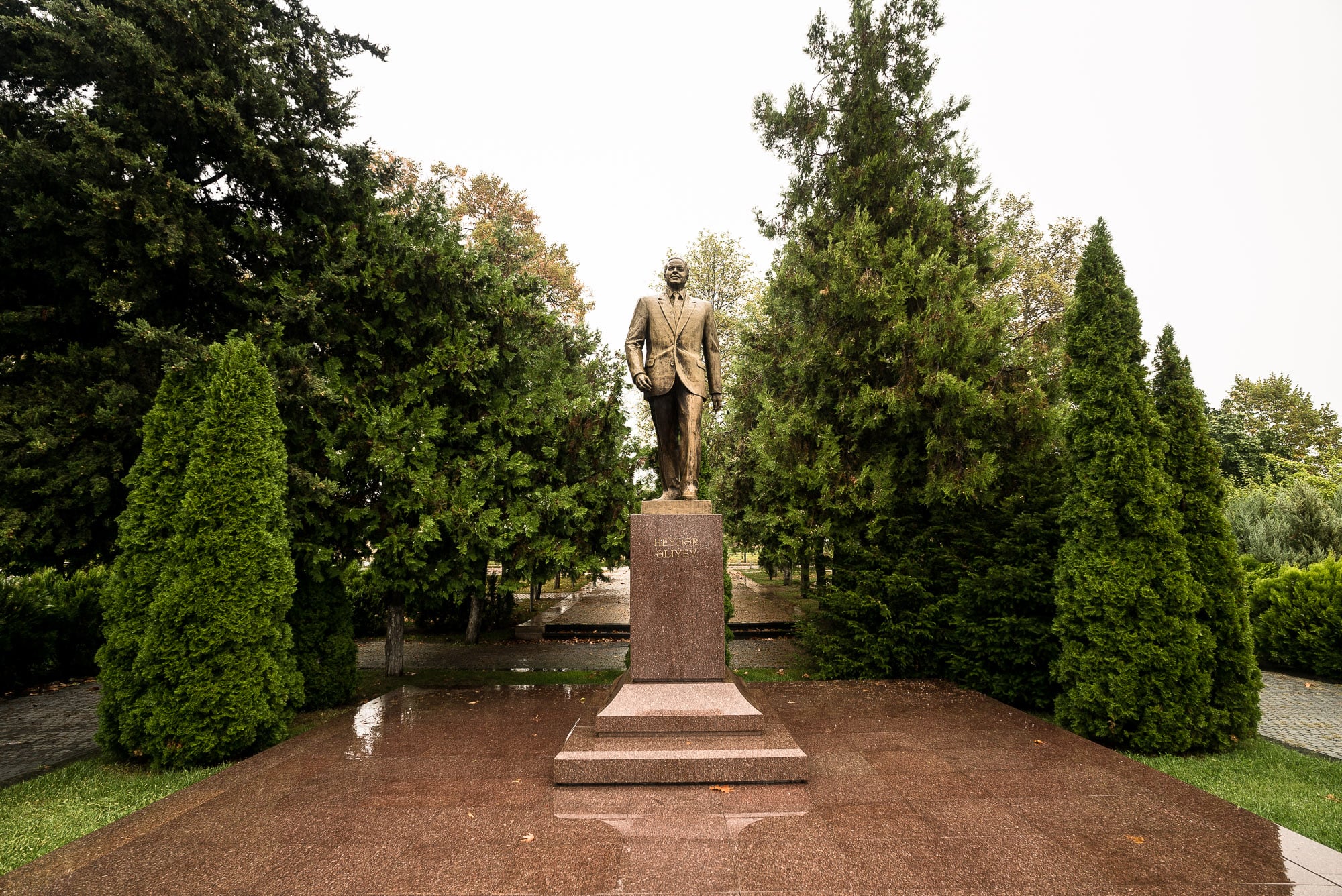 And I passed an advertisement that showed a young dude who was very excited about juice: 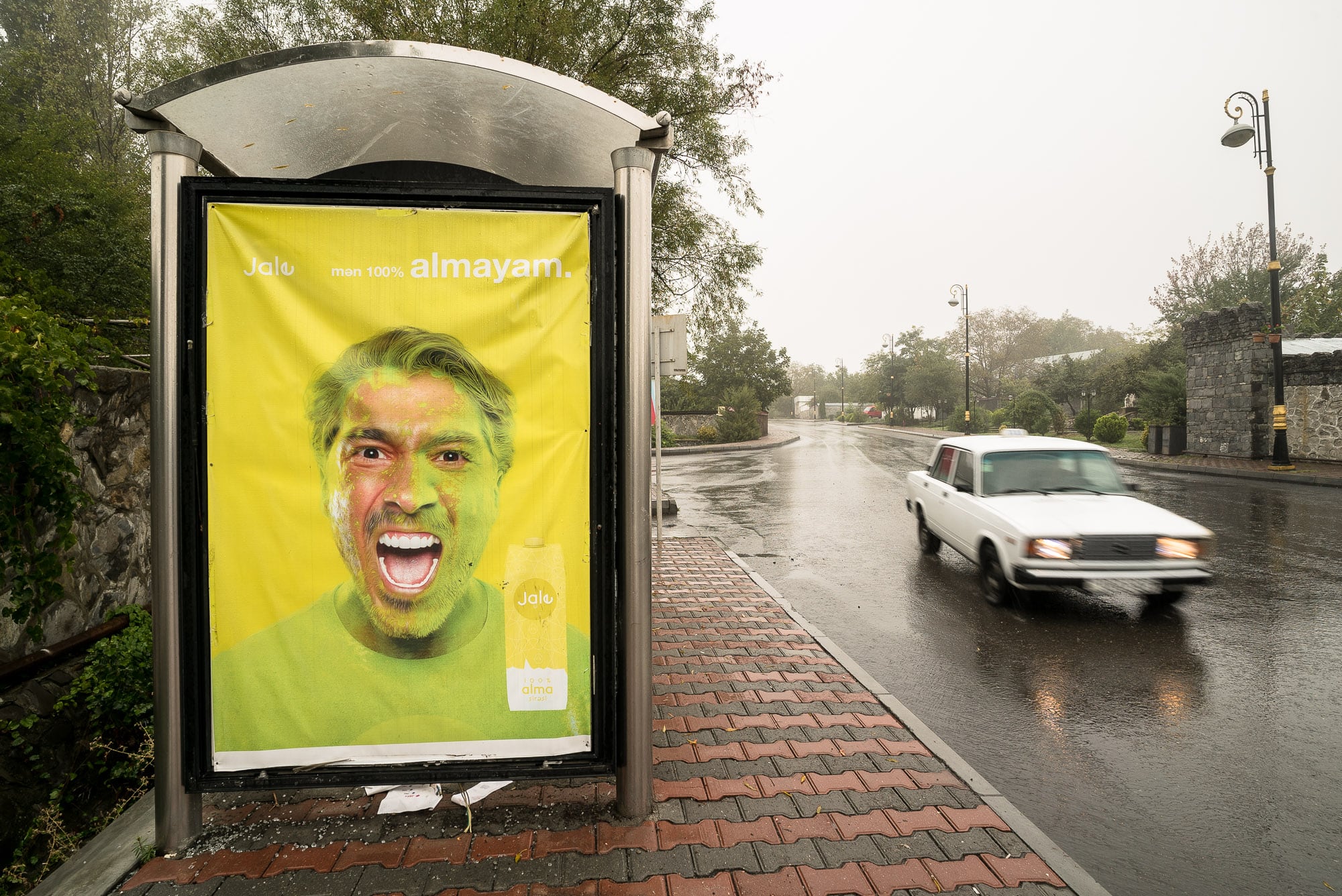 There weren’t that many people outside, and the ones that were looked like they’d rather be indoors: 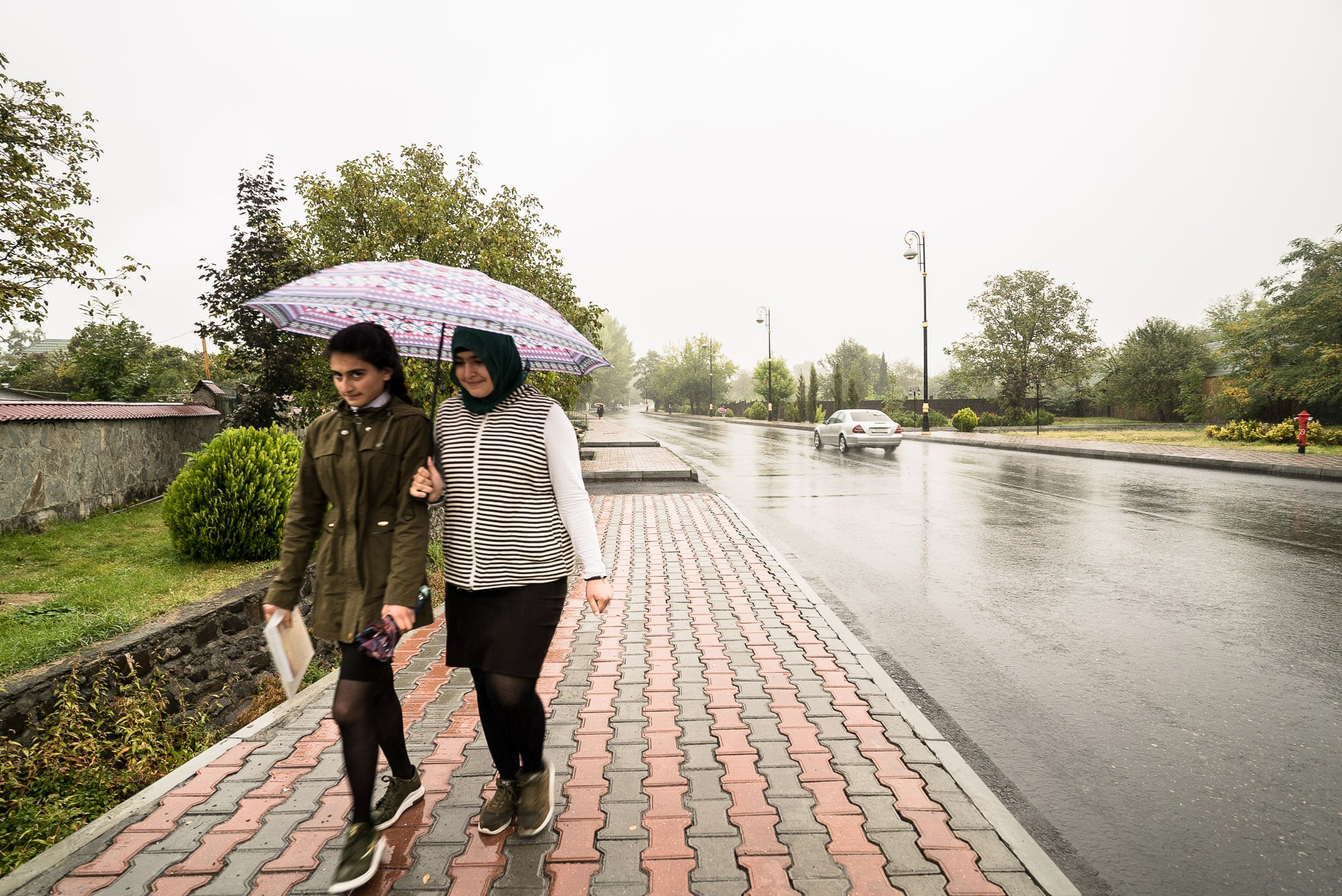 At some point I reached Gebele’s river, and it was swole from all the rain: 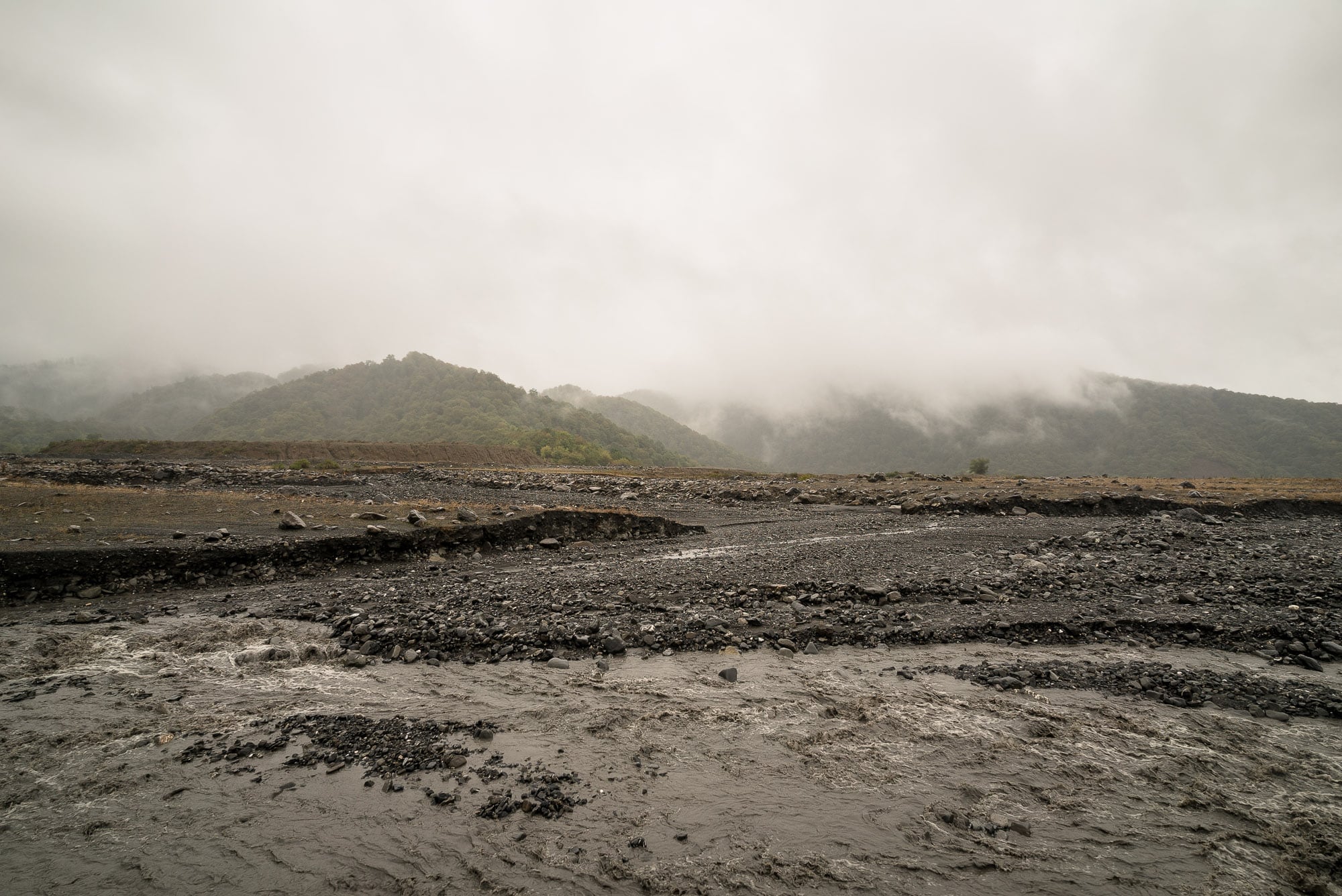 I hung out there for a while, picking tiny pink flowers: 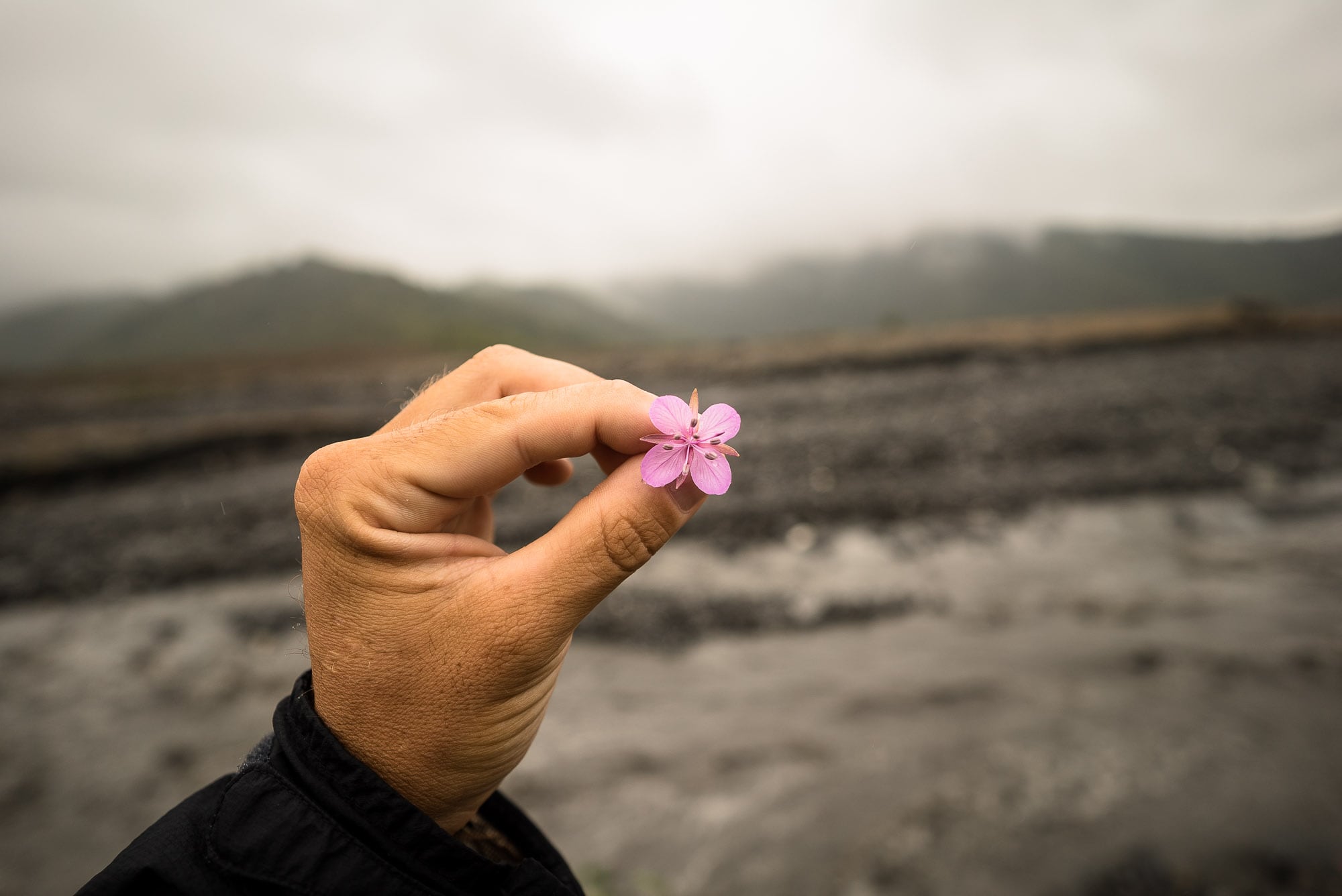 And then I went back to the hotel.

Gebele had been seen by me.