I liked being in the guesthouse. So much in fact that I decided to stay yet another day. Of course this was also due to the fact that my whole body hurt after the mountain pass of Shamakhi from two days earlier.

So I stayed, and I picked up my laundry that had been hanging on a clothes line in the yard: 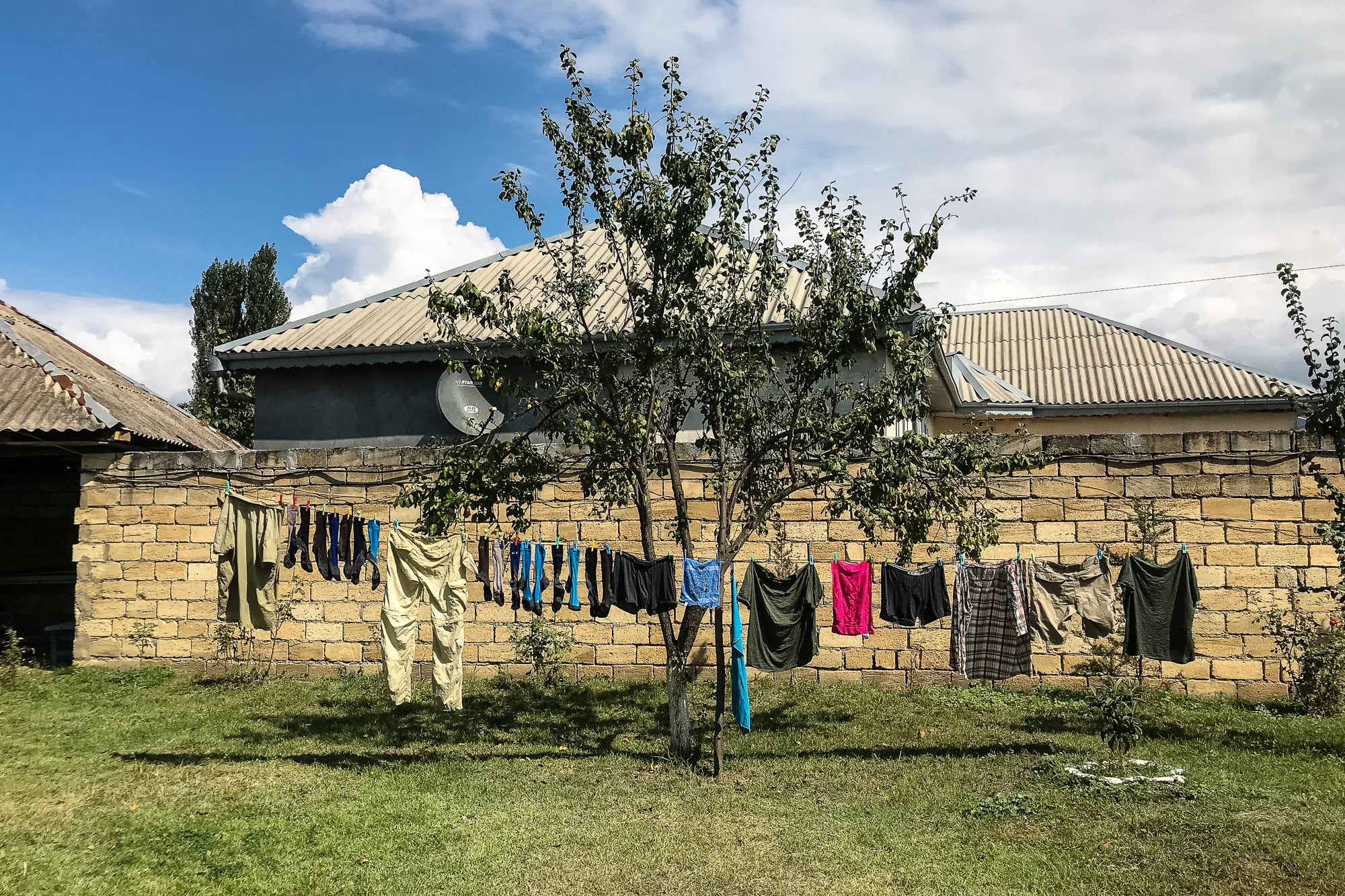 And I was happy about it. Having a stack of clean clothes was one of the most satisfying feelings ever.

It was a beautiful day, and I spent part of it hanging out in my hammock in the yard next to the old Russian house: 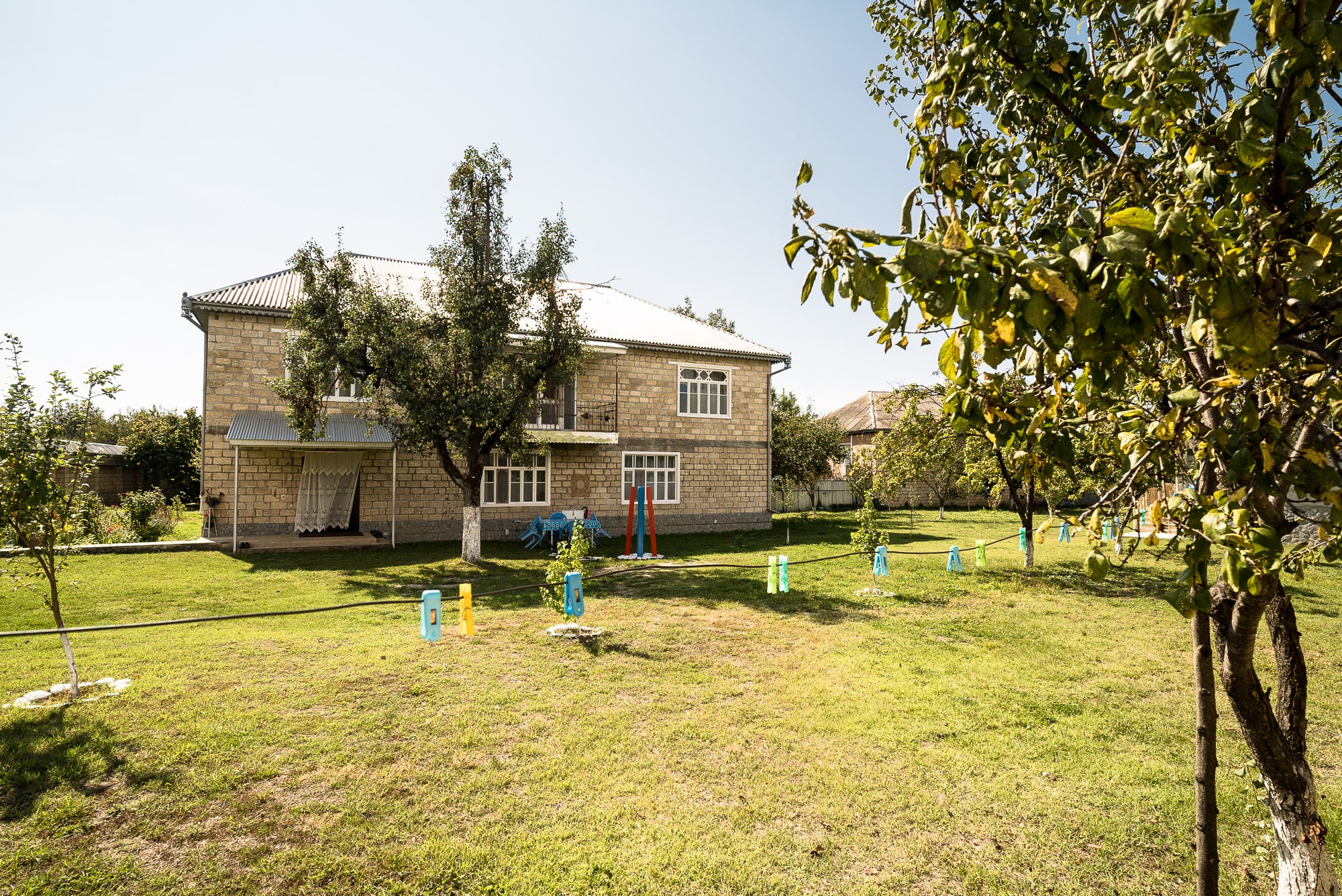 There were pear trees, which was nice because pears were hanging from them but bad because they attracted wasps: 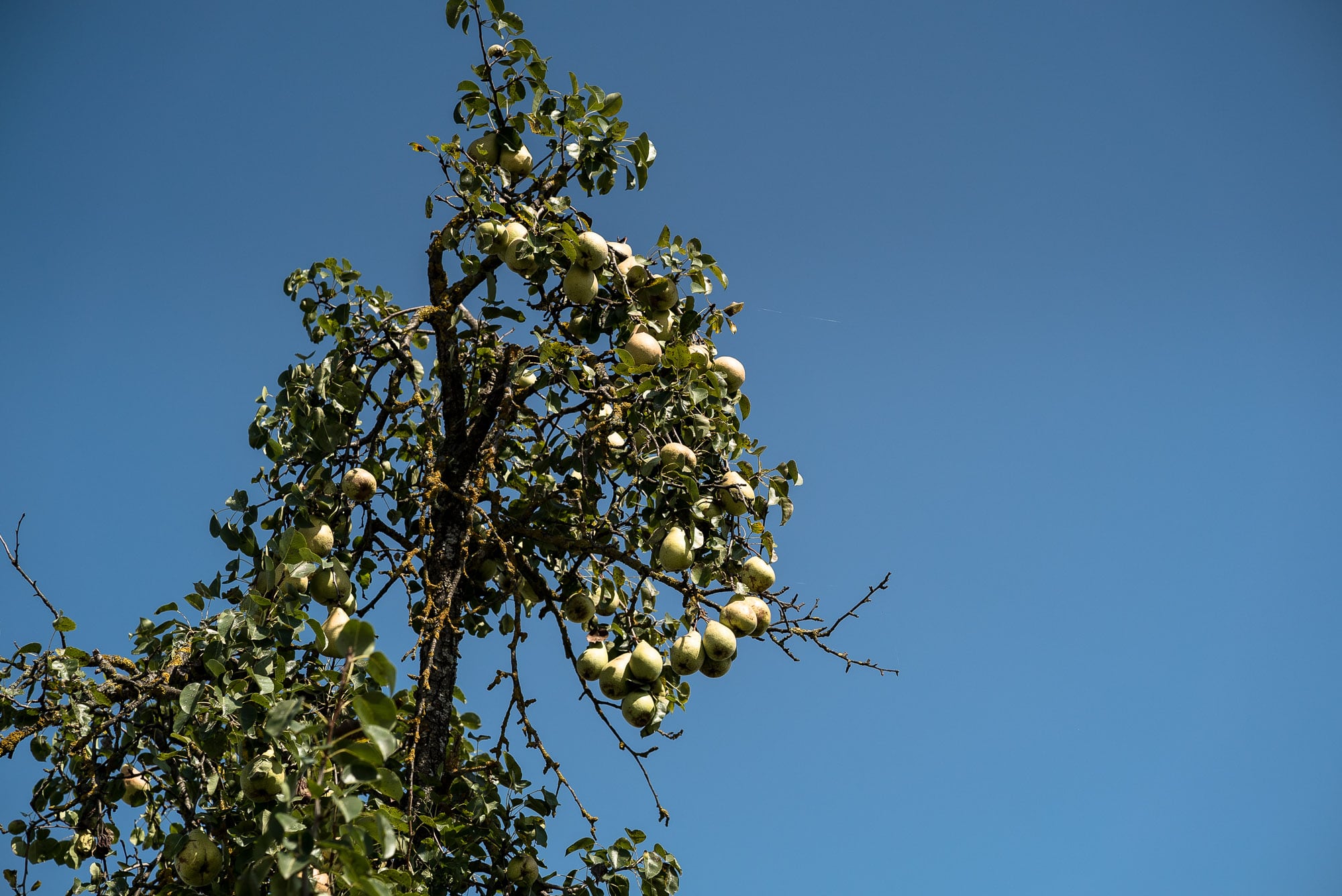 And inside, in the living room that I liked so much, was another thing that was interesting – a picture of Lenin: 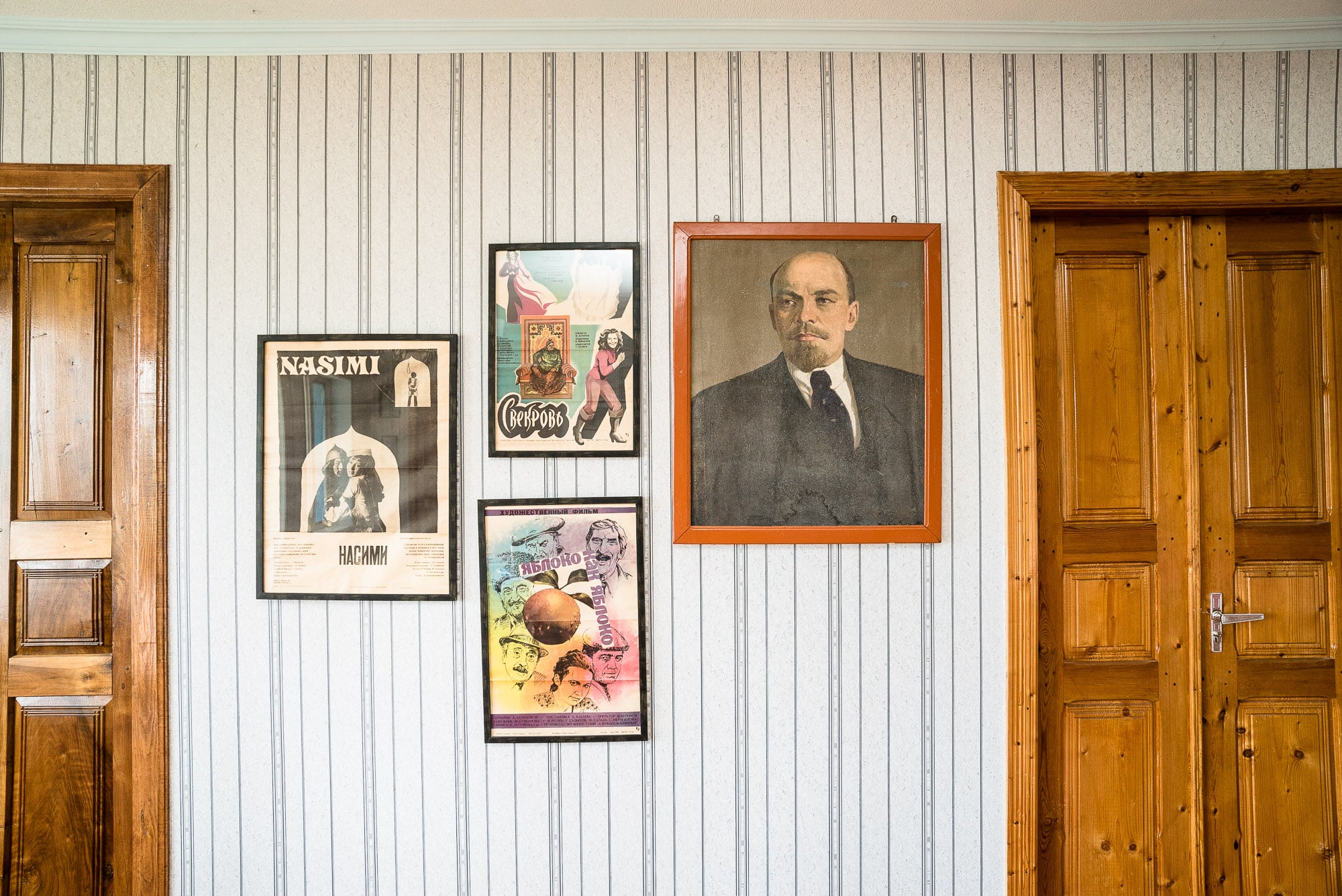 Lenin was, of course, a brutal dictator. And this was not the first time that I had seen a monument or a picture of him in one of the post-Soviet countries. But it seemed strange to me that his image should hang in this house, a building which was clearly from another time and from a class that he had set out to destroy.