Ilgar, the owner of Kafe Piknik, had given me a little shack to sleep in: 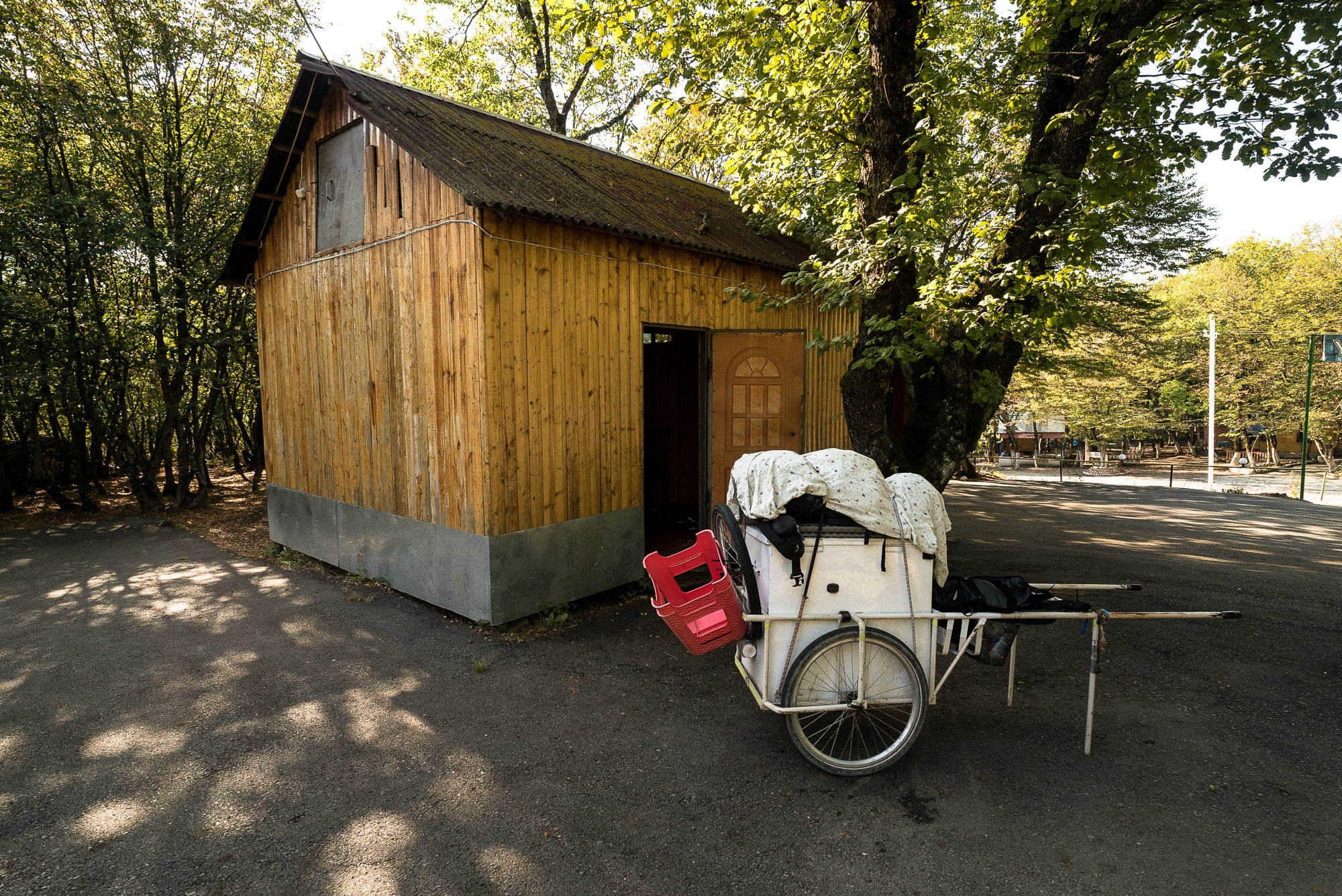 Either way it had been better than the prospects of camping, though.

Kafe Piknik was an open air restaurant under the trees: 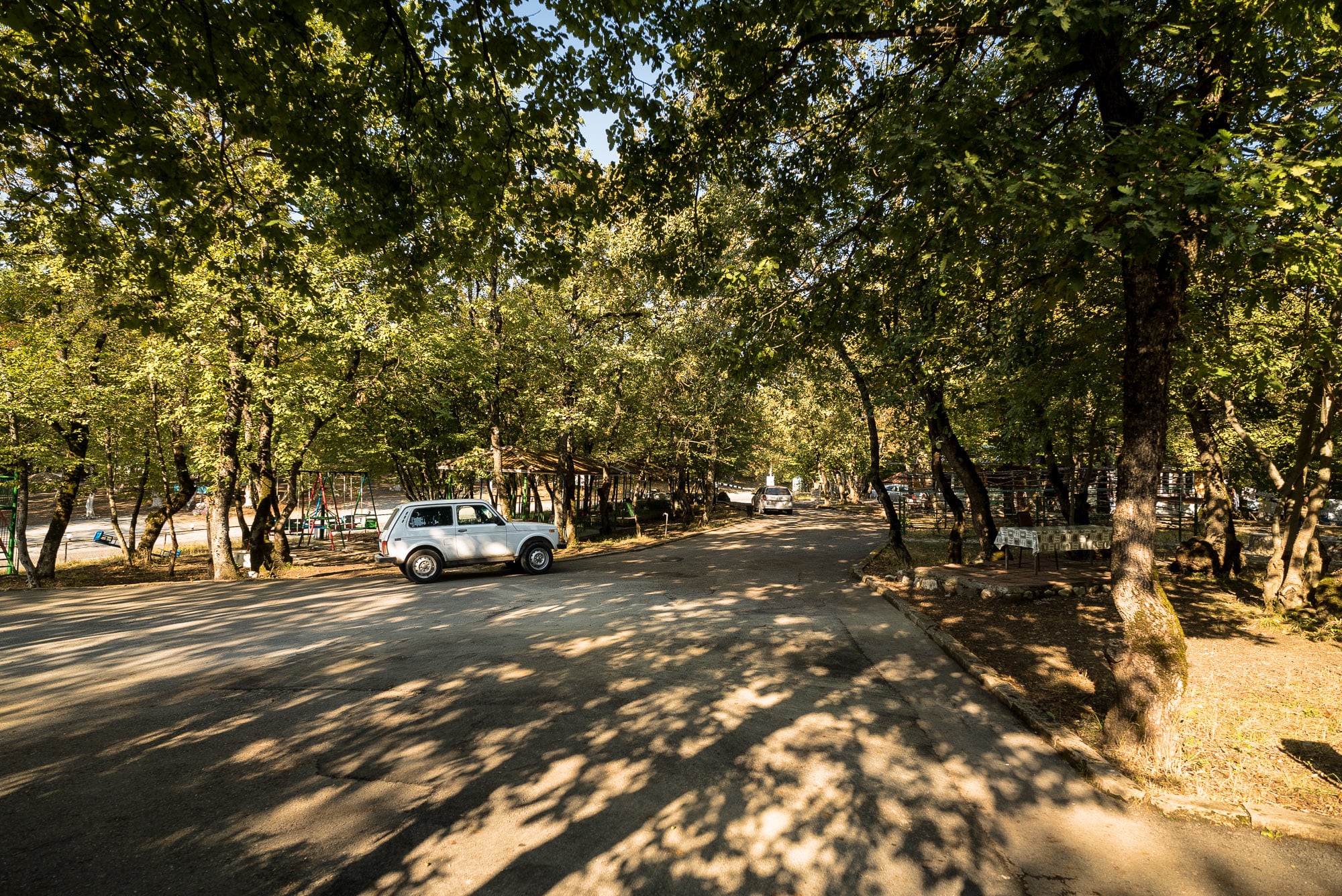 I started walking, and when I did, I noticed that autumn had arrived: 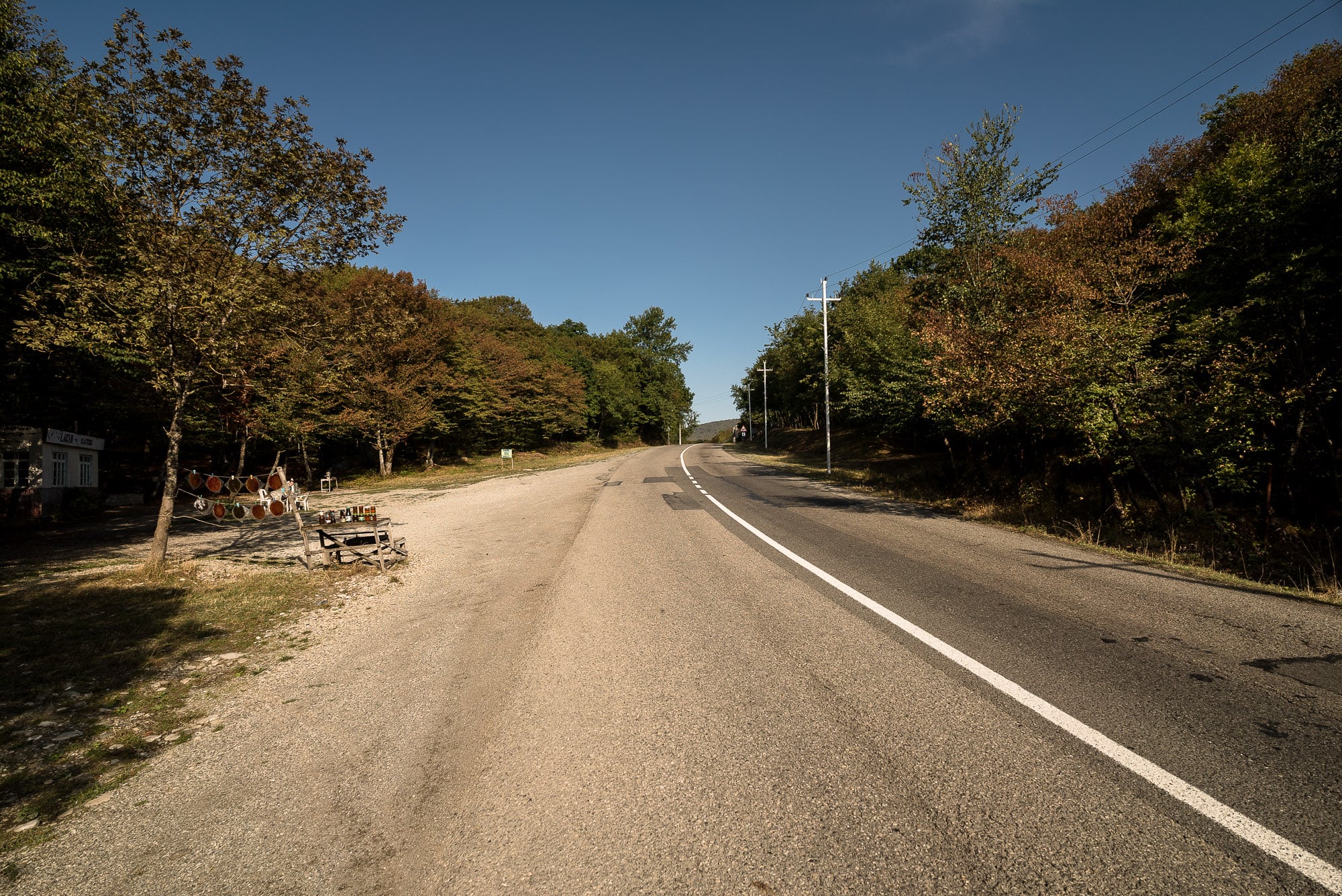 The leaves were starting to turn yellow and orange and red, and sometimes there was a faint smell of burning wood or coal in the air.

One time a cow stole one of my apples while I was busy taking a selfie: 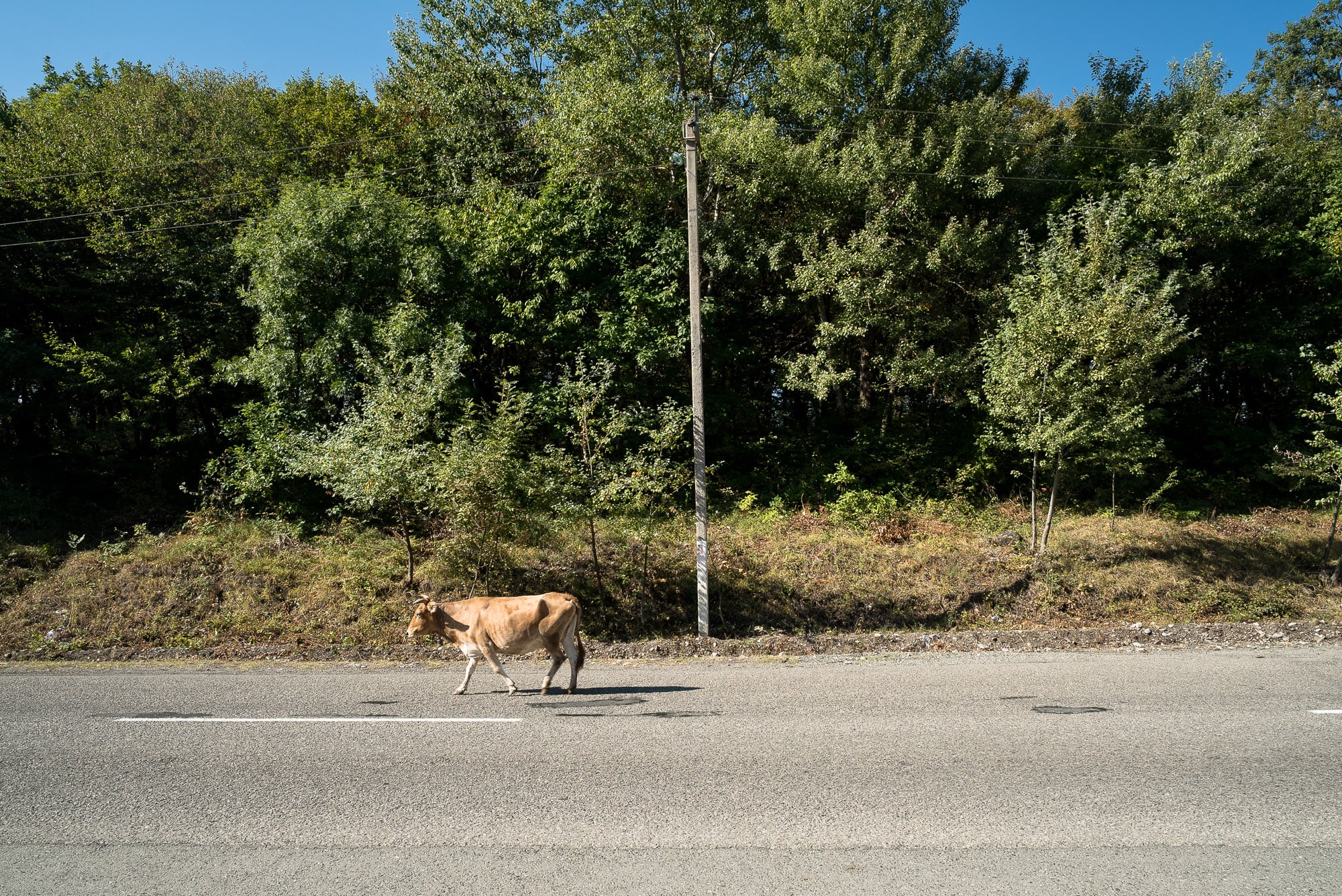 I walked through a high land that reminded me of the Alps sometimes: 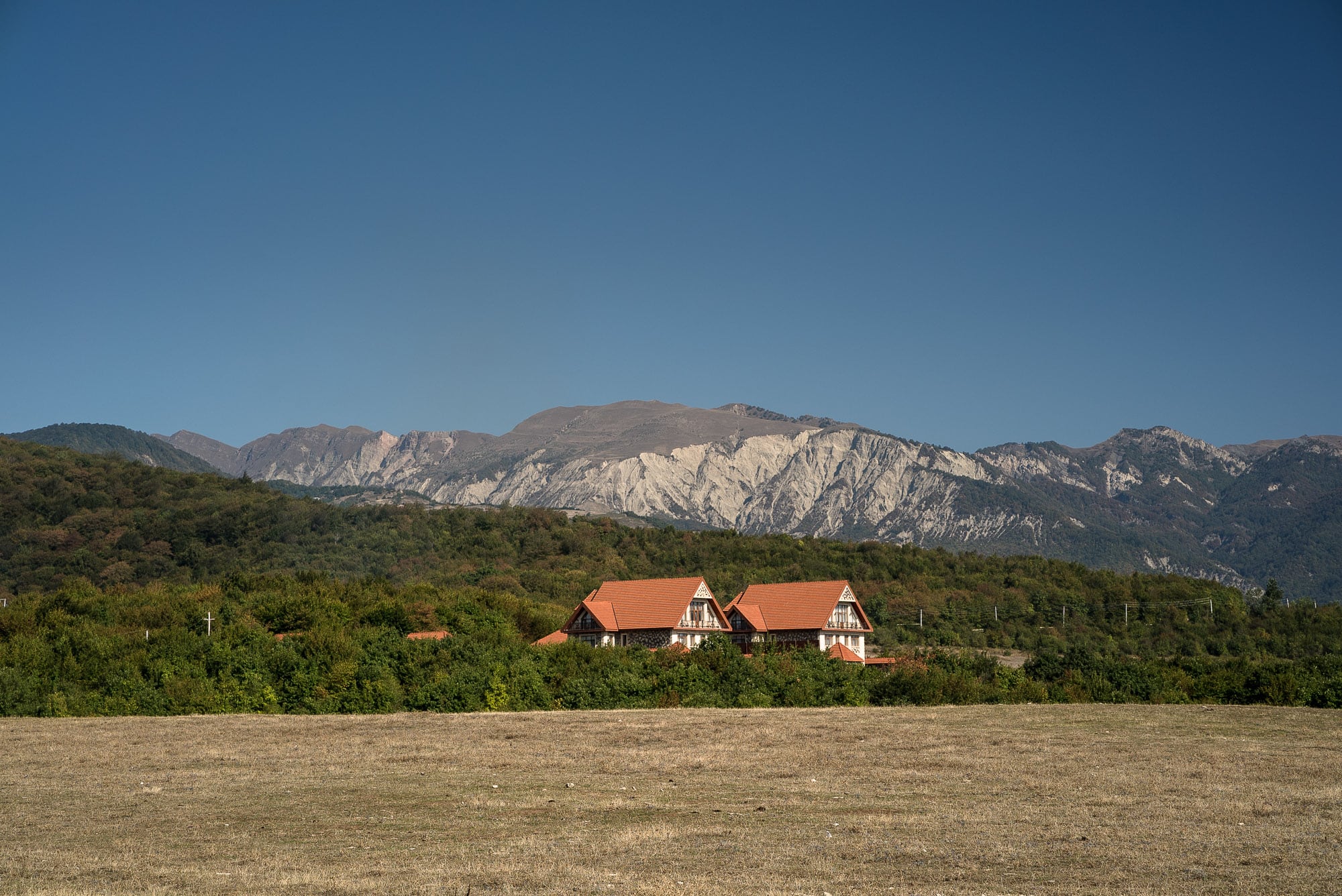 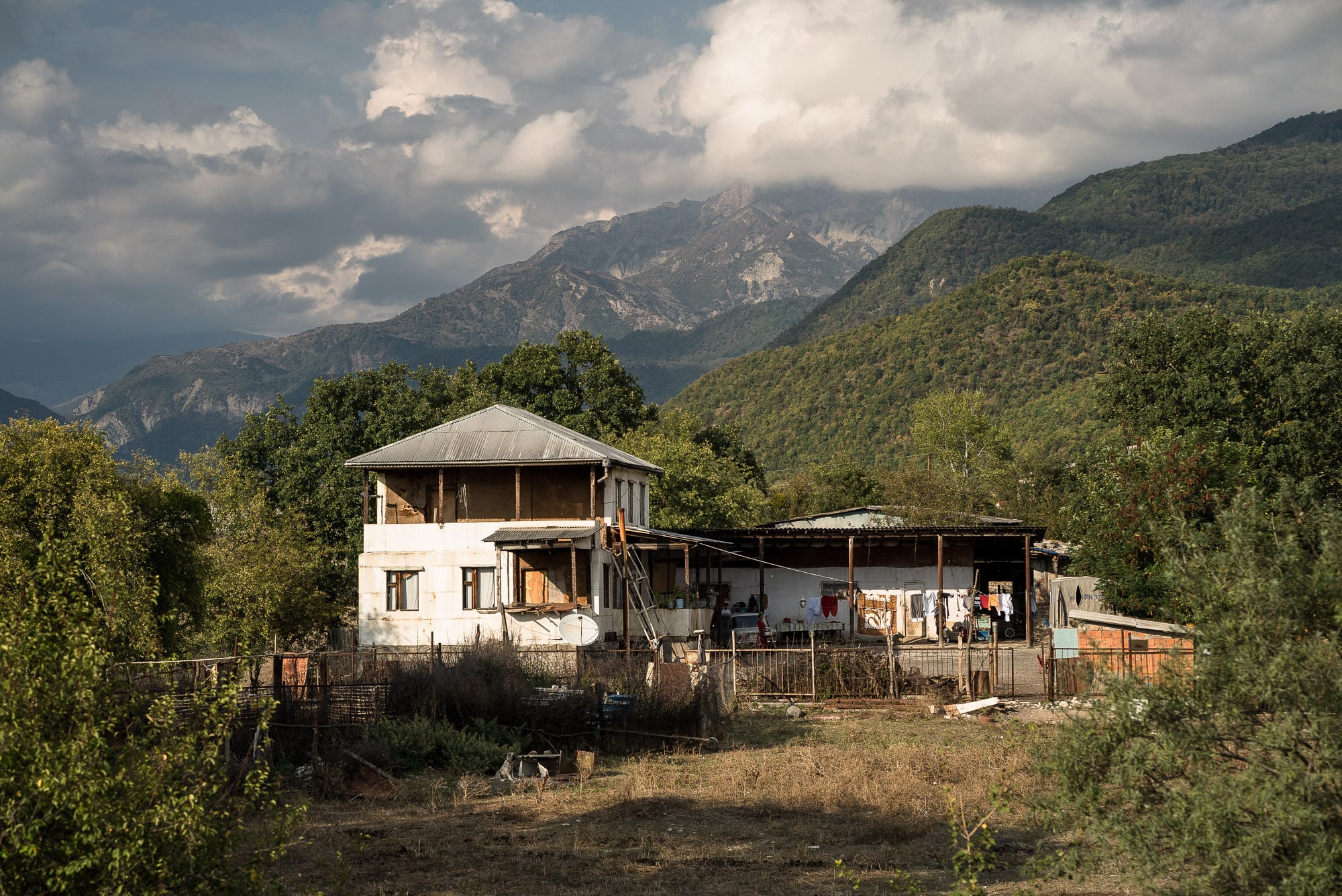 Ran into this dude: 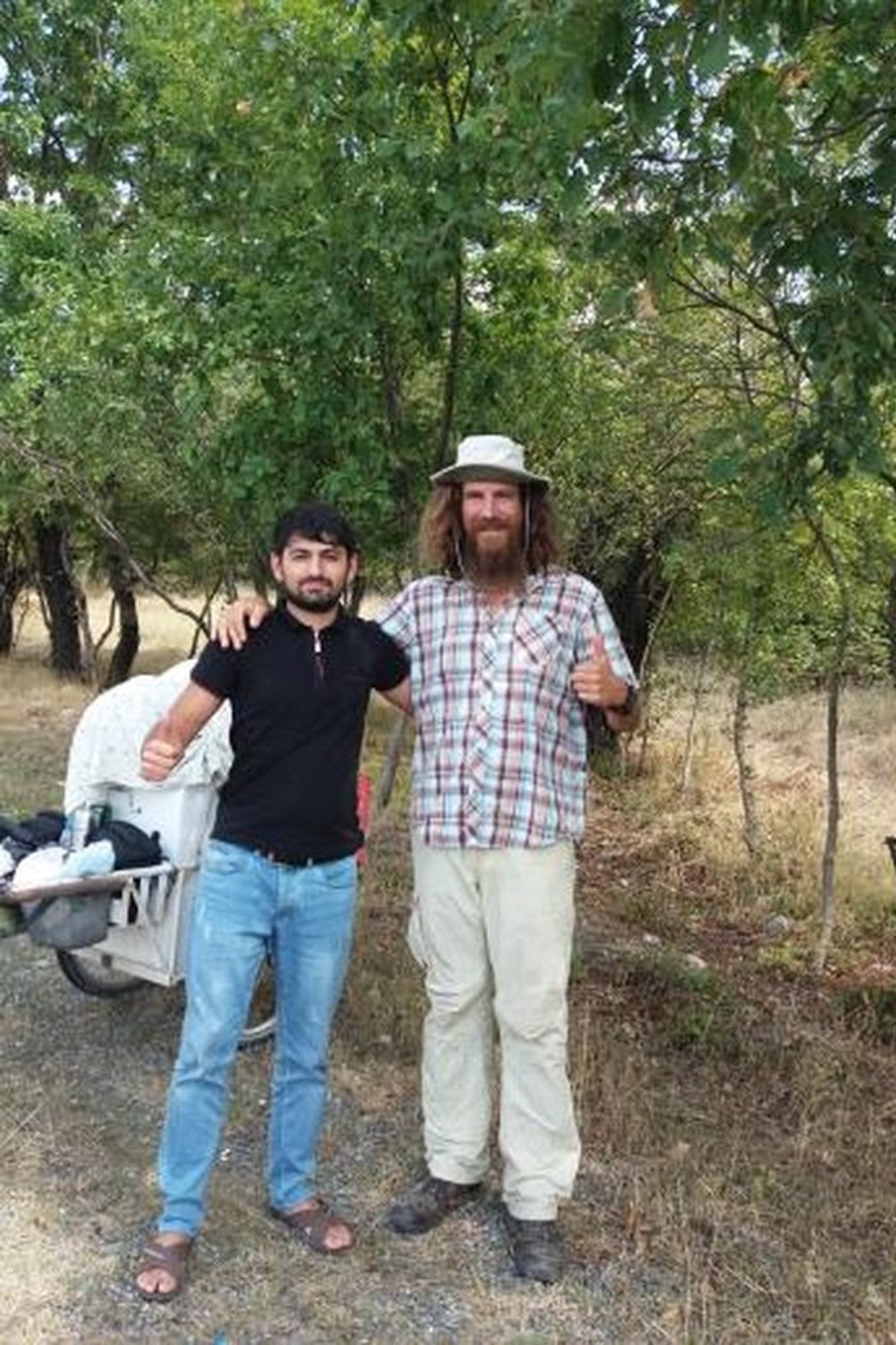 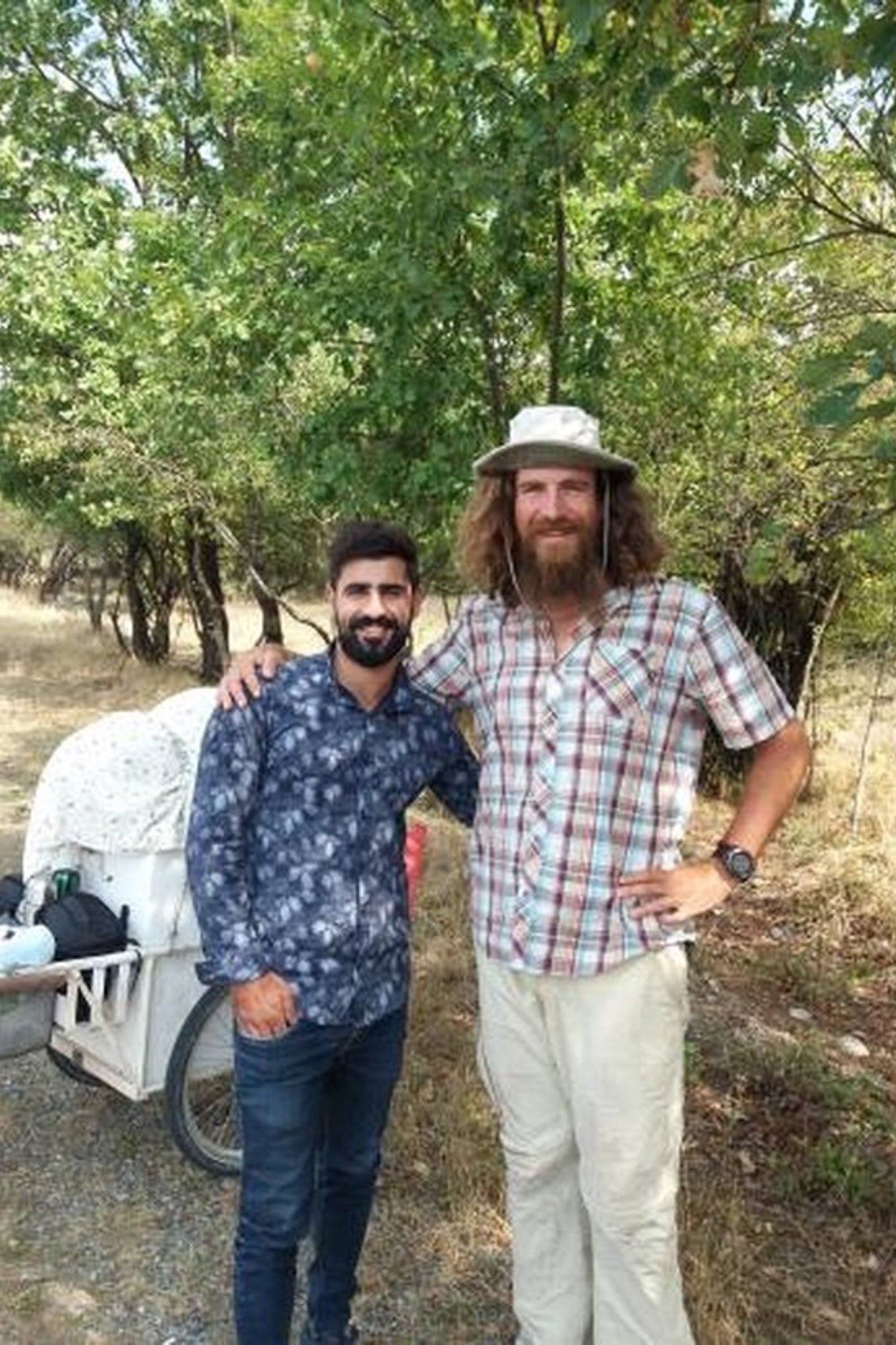 They seemed to have a hard time believing that I had crossed the pass of Shamakhi with the Caboose, and once again I realized that the world looked much more difficult from a car window. This was probably because you could see more things at the same time when you were in a car, speeding down the road, as opposed to when you were walking.

I picked some leaves for my collection. One of them was red: 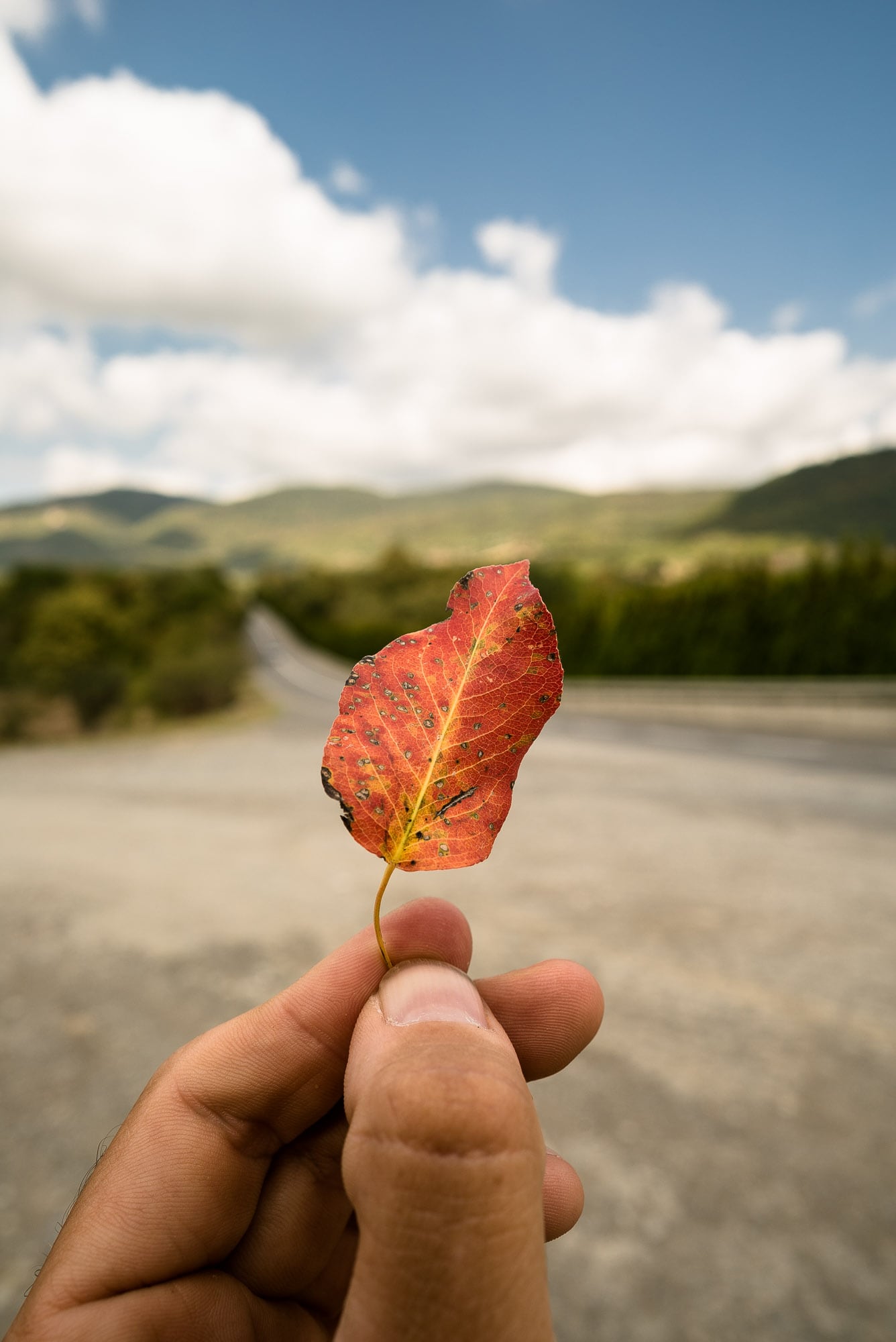 The other one was golden: 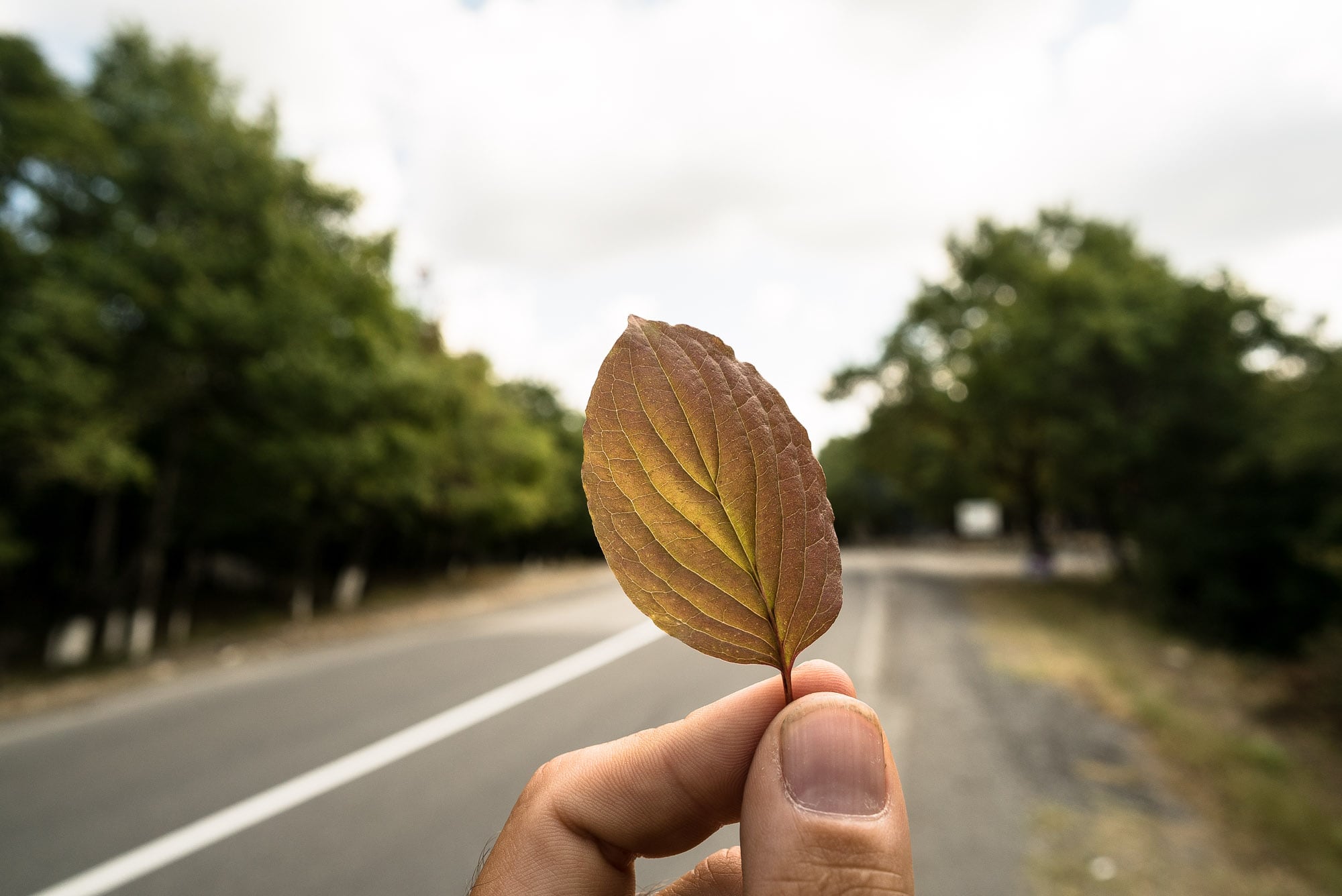 Walking, it turned out, was more difficult today than the day before. I just felt so tired, and my whole body hurt. My legs were heavy, and so were my arms. I had a pain in my stomach and a slight headache. Even my ass hurt (because I had used it to push back the Caboose on our way down the slope the day before).

The road was beautiful, though: 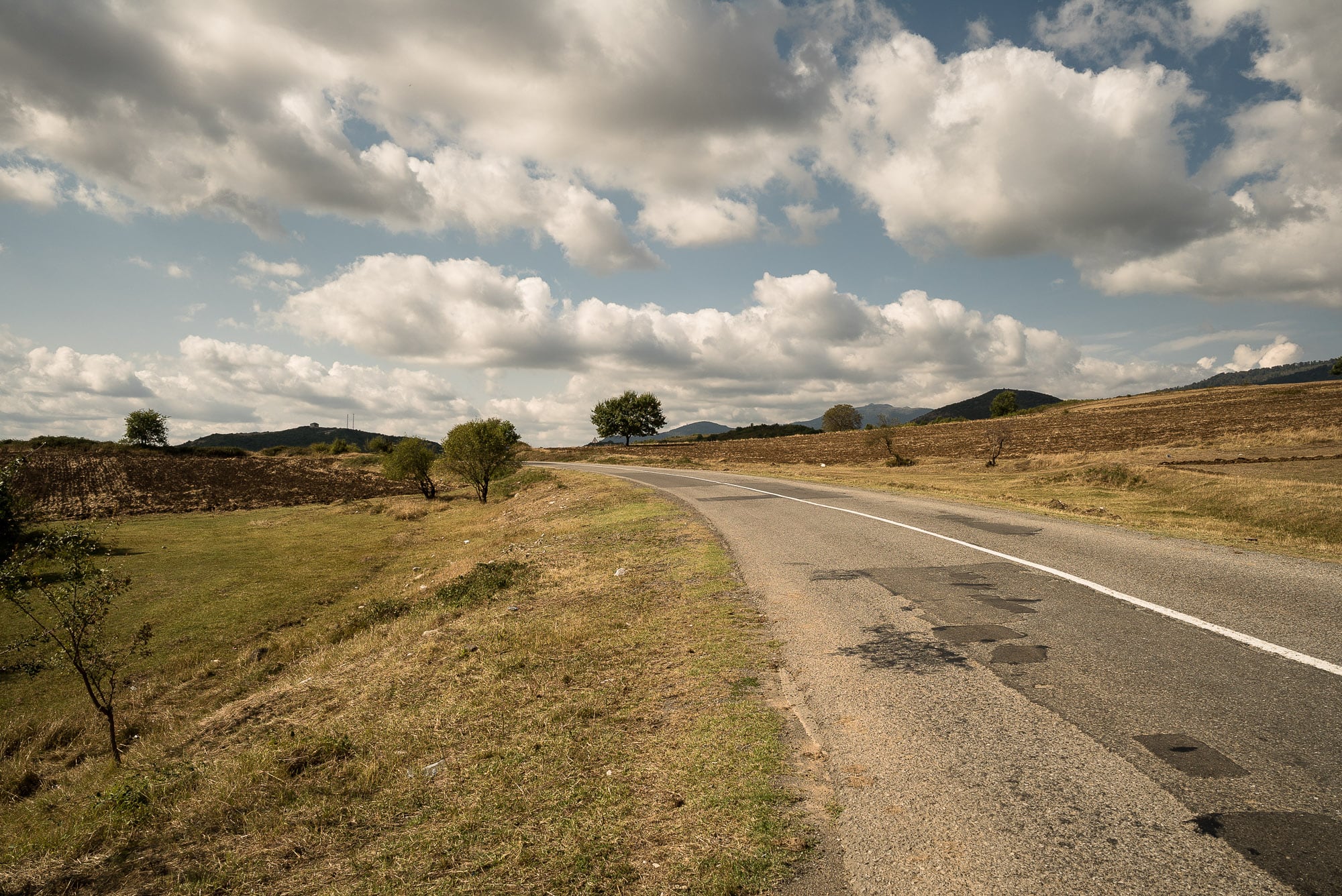 There were always some cows around, and I was always wary of them trying to steal my stuff: 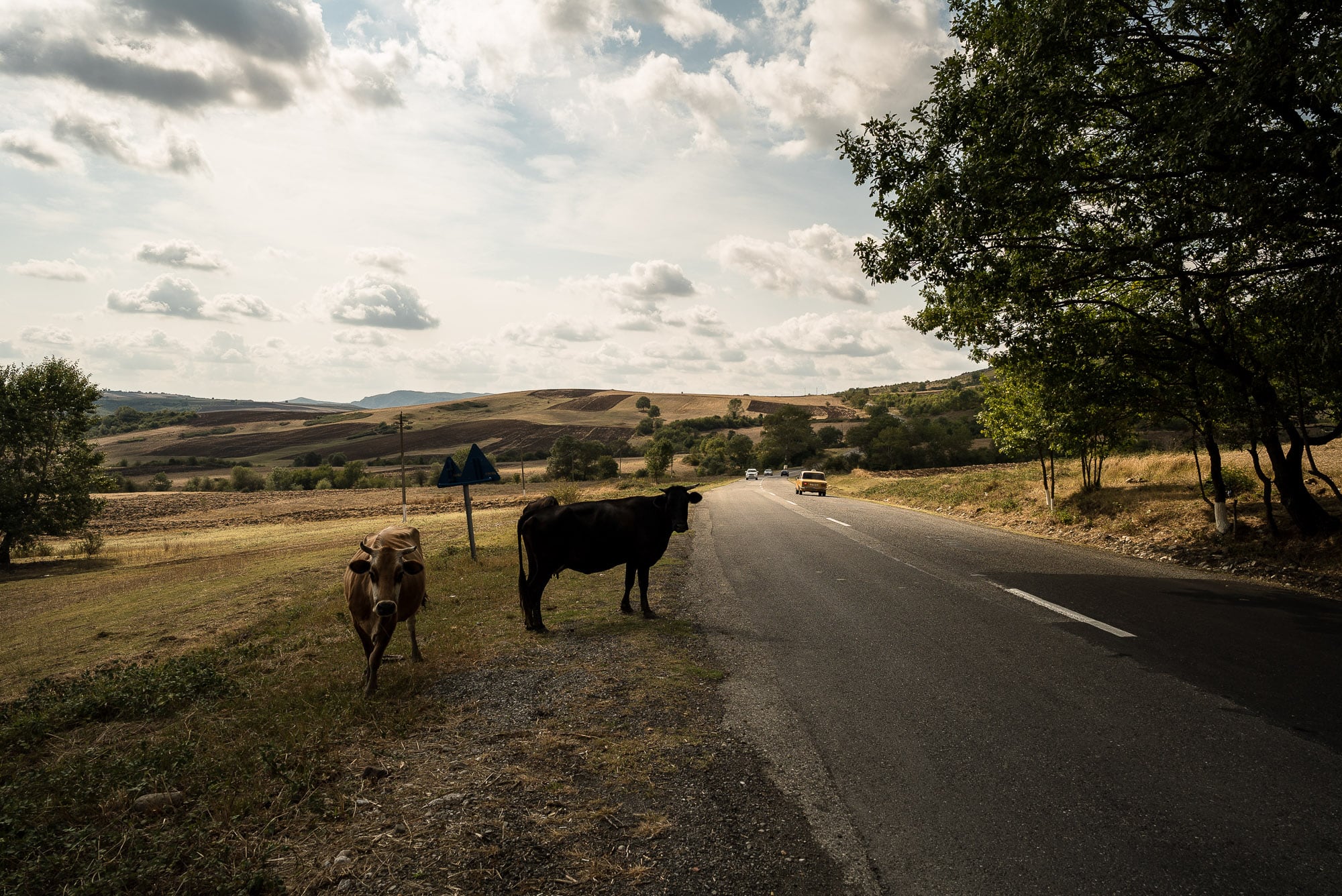 And one time there was a very handsome and very arrogant horse: 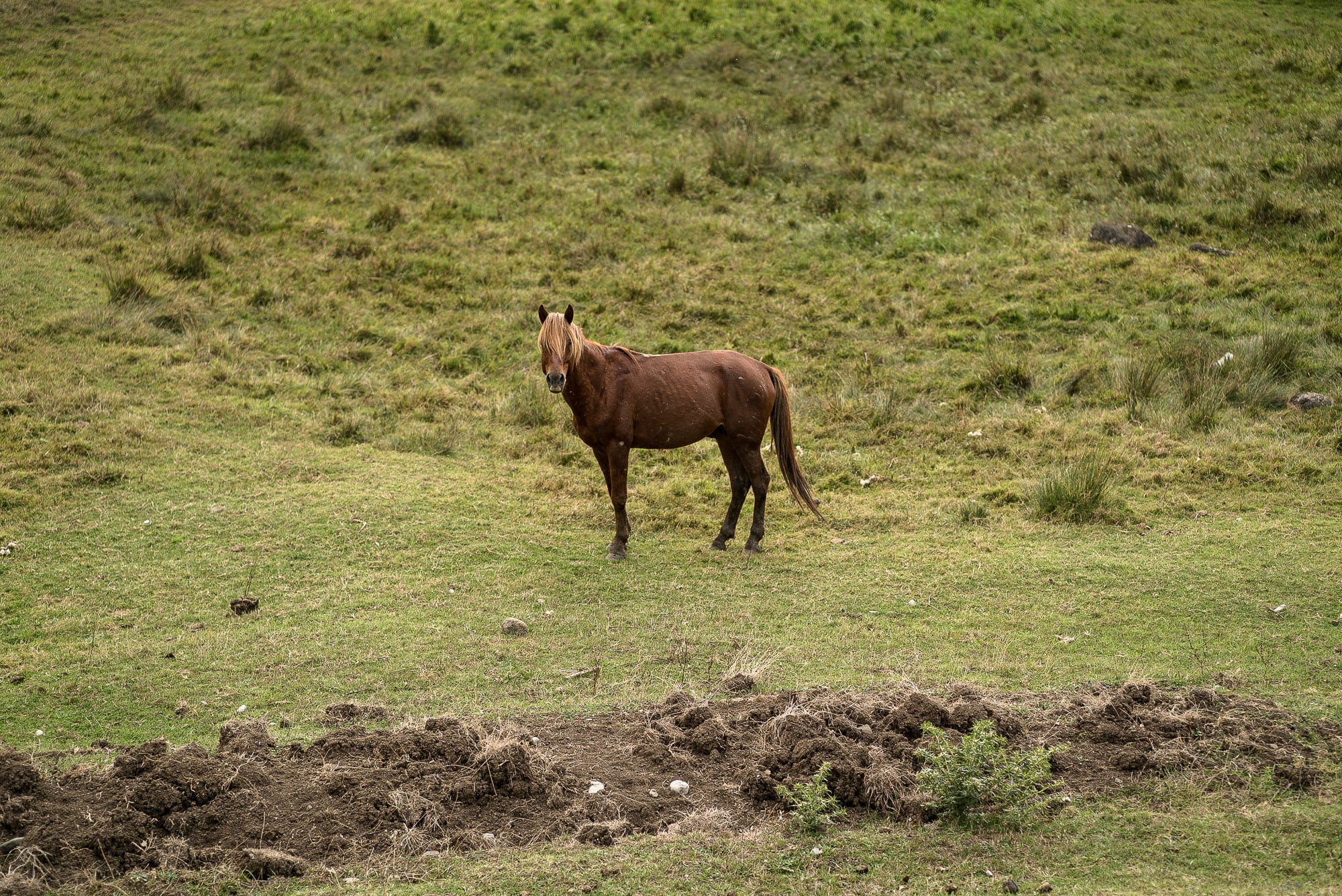 I took some much-needed hammock time, and I fell asleep right away: 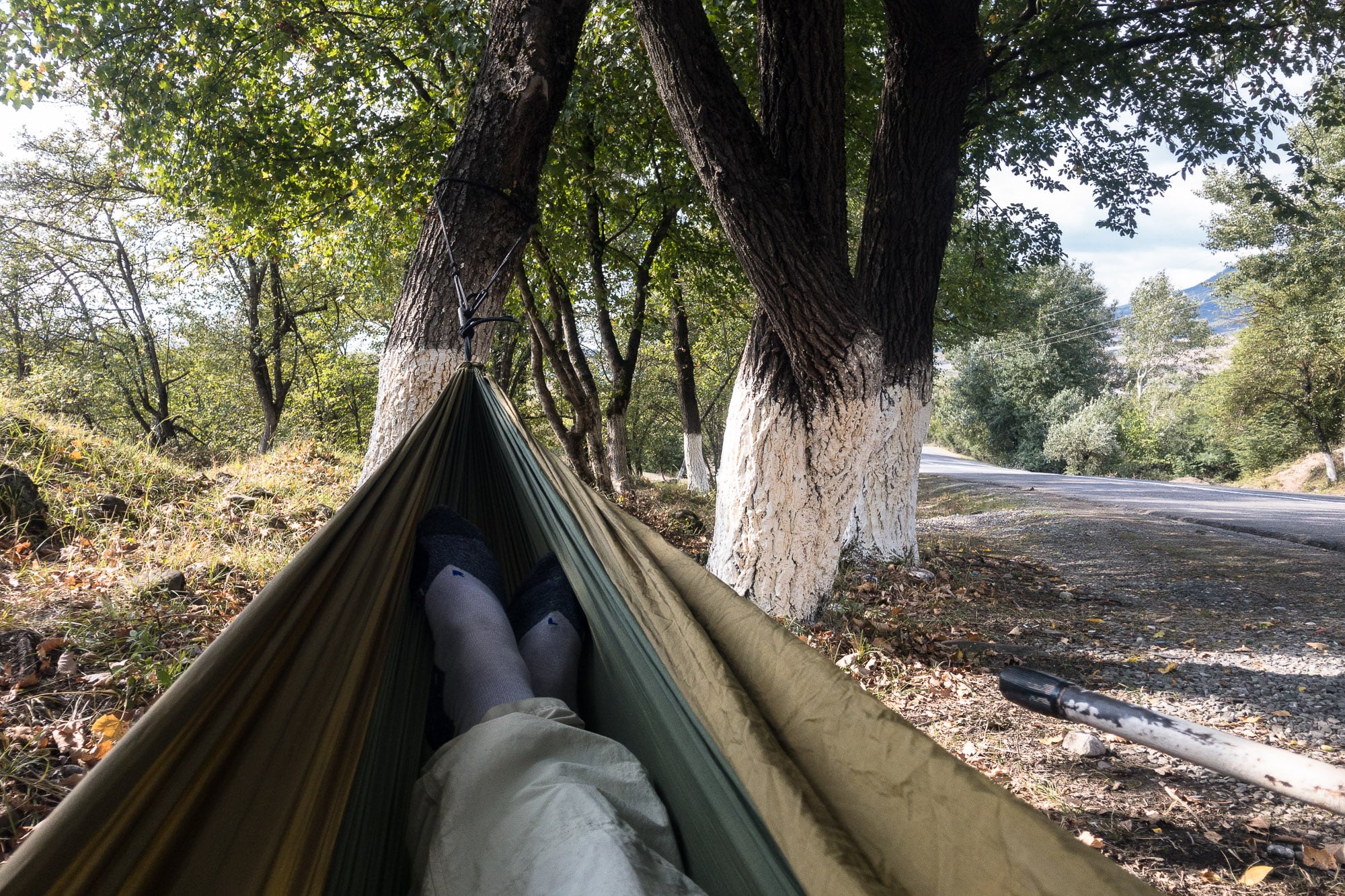 When I arrived in the little town of Ismailli, it was already dark, and a thunderstorm was descending upon the world: 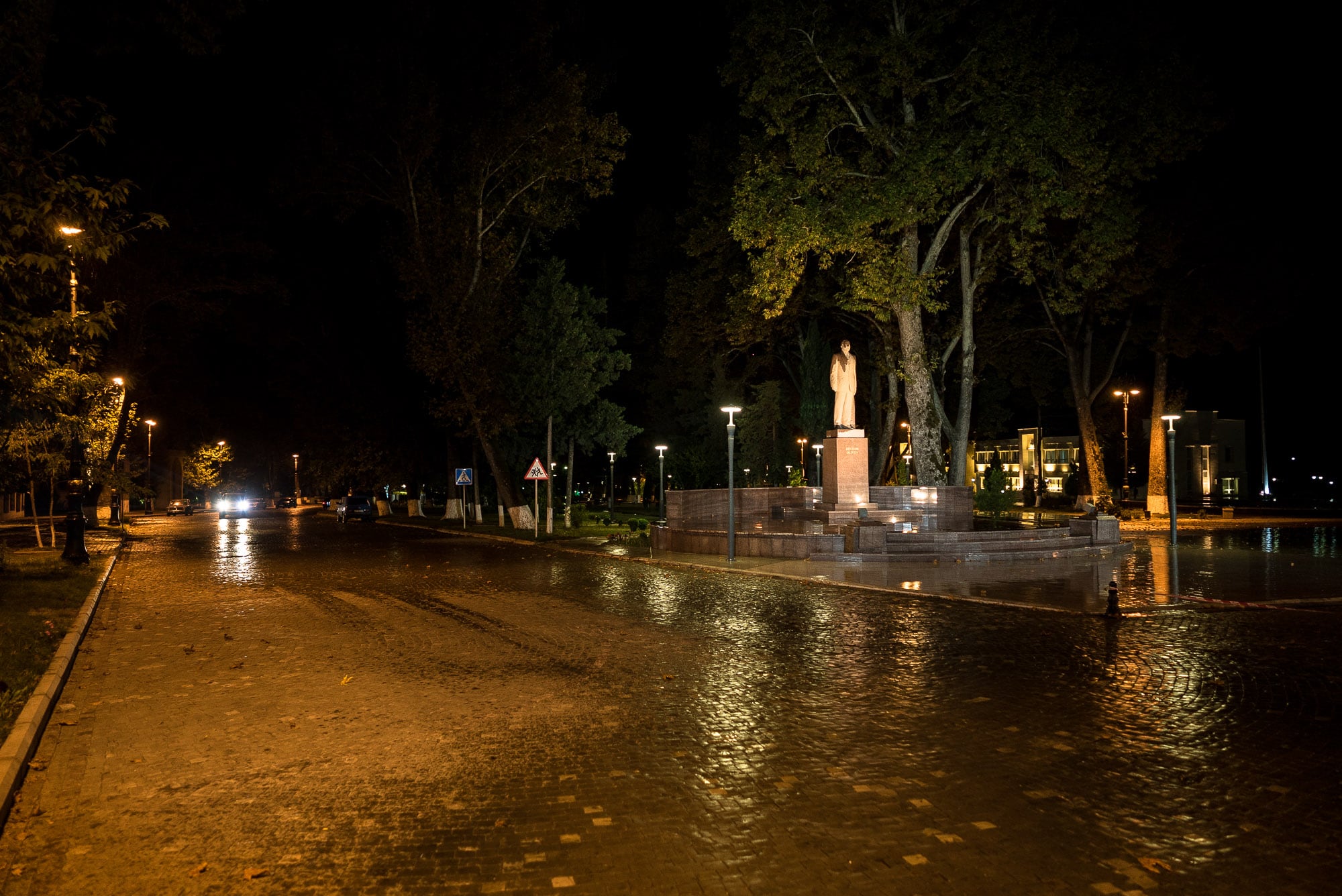 There was nothing to do but continue walking through the wet darkness: 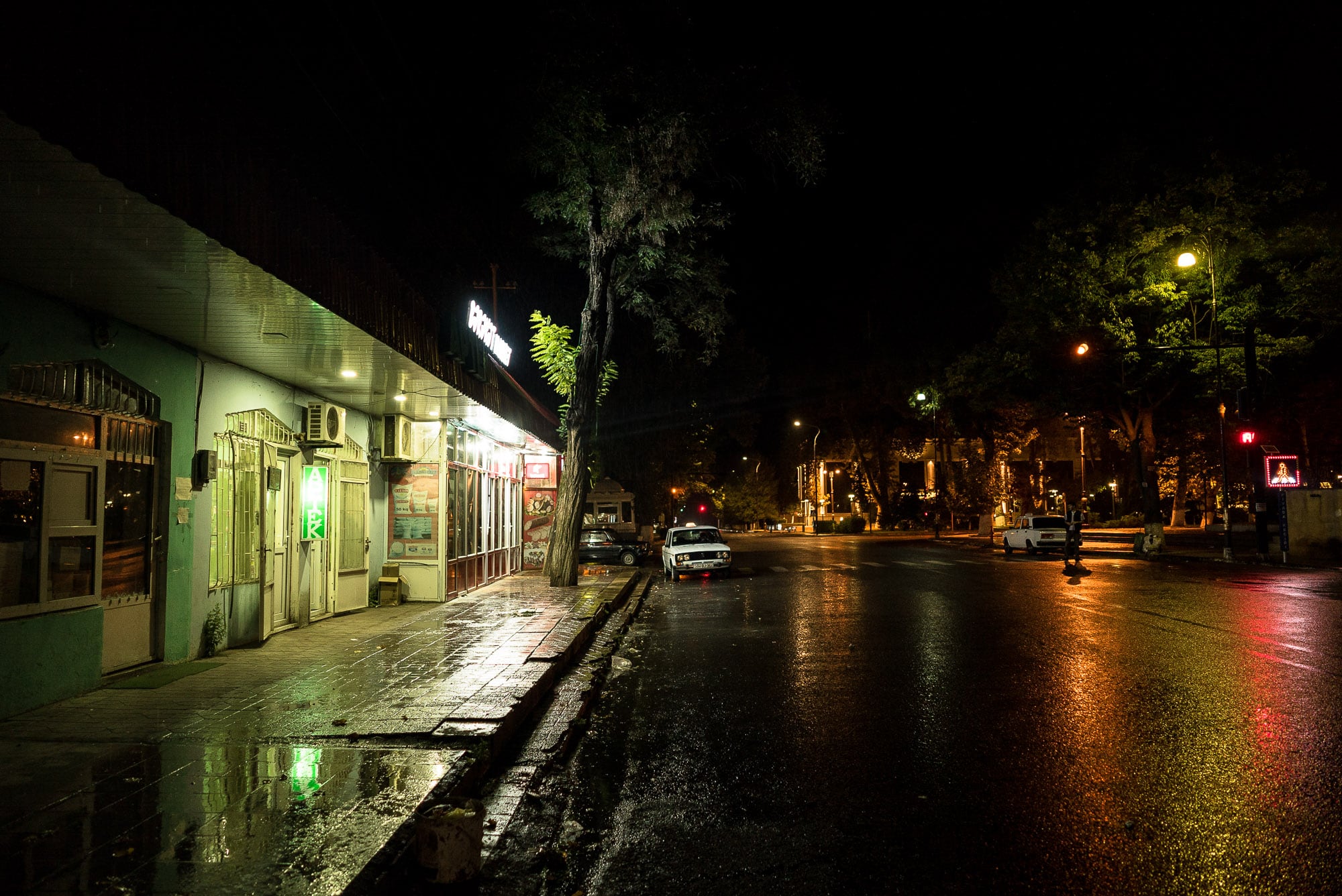 Day 1241
from Bizlan to Ismailli