There was a nice hotel in Shamakhi, and I had a room in it. When I looked out the window I saw rain, and since I was both tired and a bit sickly, it felt very good to be able to stay inside and rest.

The seasons were changing. I had thoroughly enjoyed the time of apricots, but that was long over. Peaches were gone, too, and so were melons. You could still get them, sure, but they weren’t as good as before.

Now was the time of grapes: 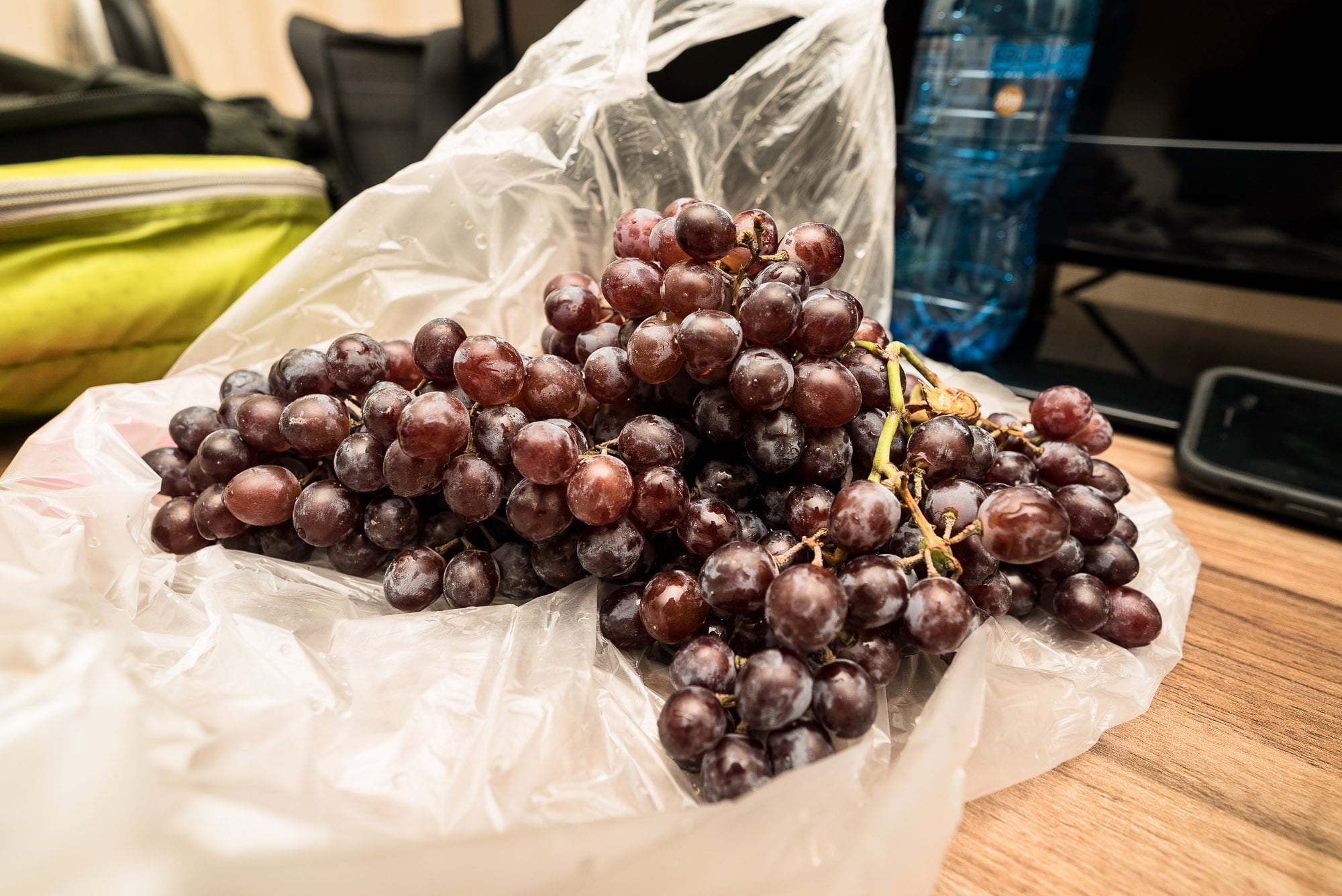 And they were so good.

The hotel had a restaurant on the top floor, and it wasn’t expensive, either. I had mushroom soup, a mixed salad, and some chicken wings.

And a glass of water: 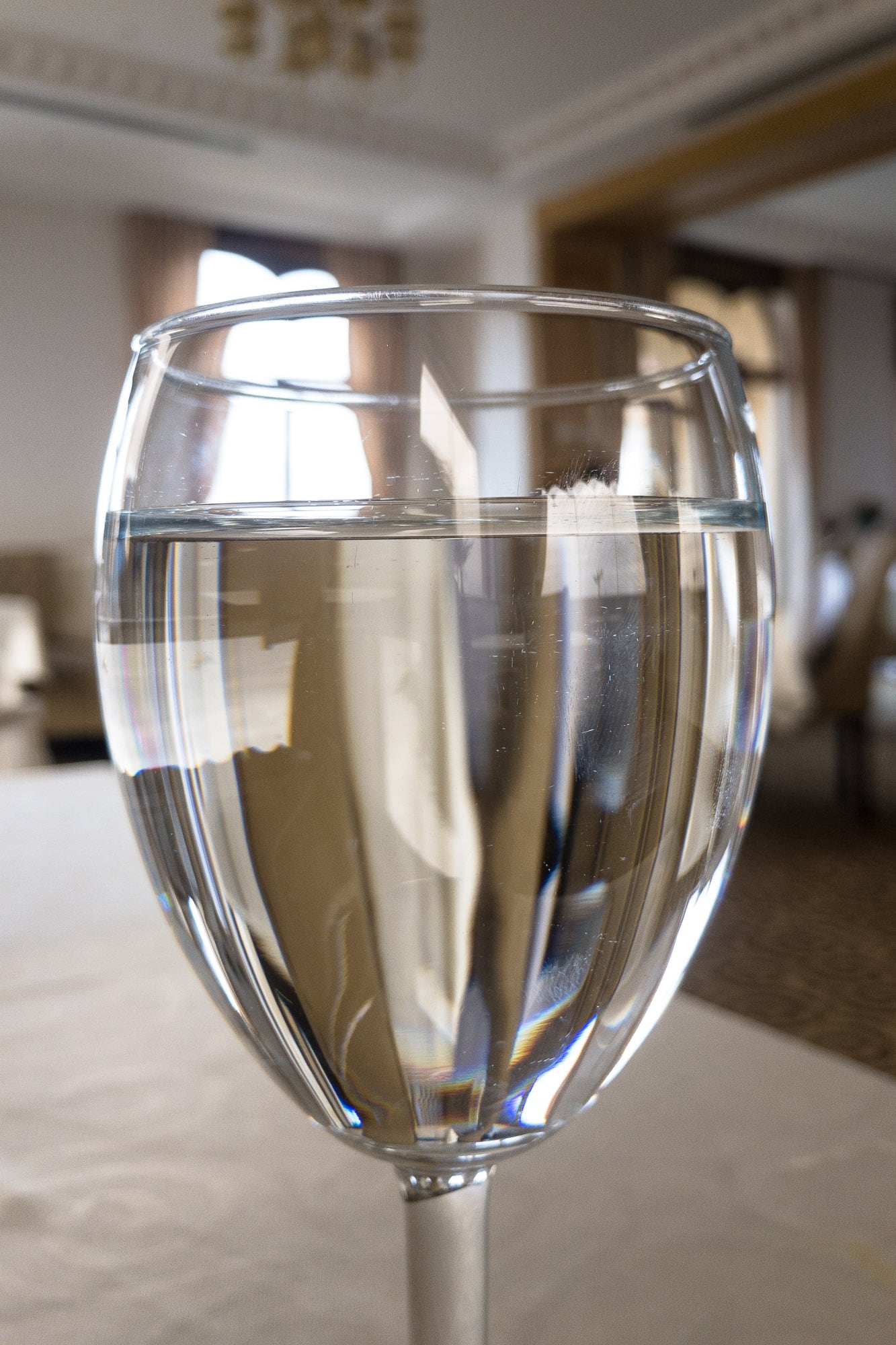