“Chris, don’t leave today,” Murat, who spoke English pretty well, gave me a pitiful look as I was loading up the Caboose. He pointed up to the sky: “There will be rain!”

“Yes, maybe there will be rain,” I answered. “Or maybe there won’t.” This was well in line with my general attitude of knowing everything better than anybody else. Especially the weather. Especially in a foreign environment.

Do you have to be such a fucking idiot? the Caboose wanted to know.

And so we left the comfort of the hotel and stepped out onto the road. It did indeed look like it was going to rain: 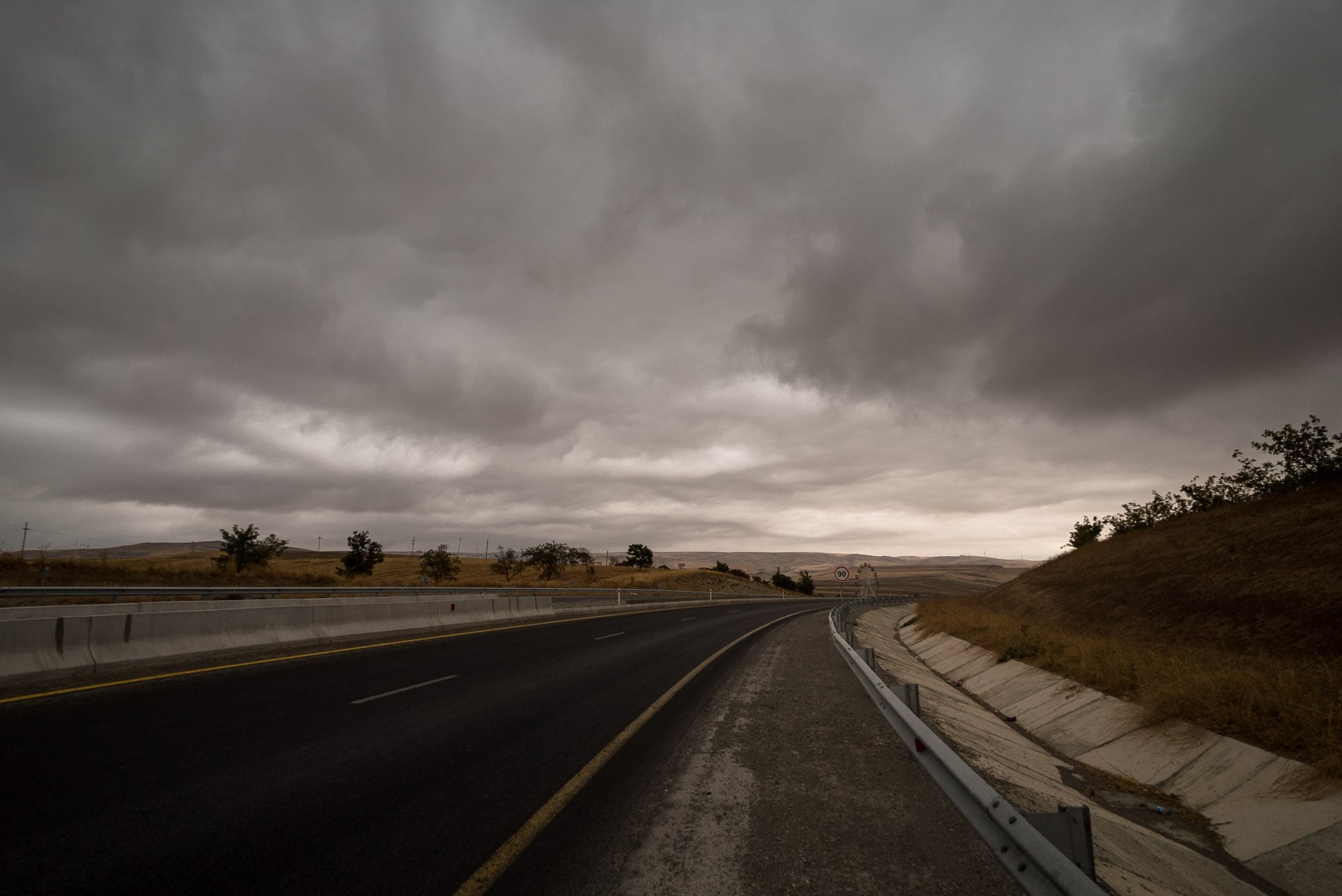 Minutes later, it did: 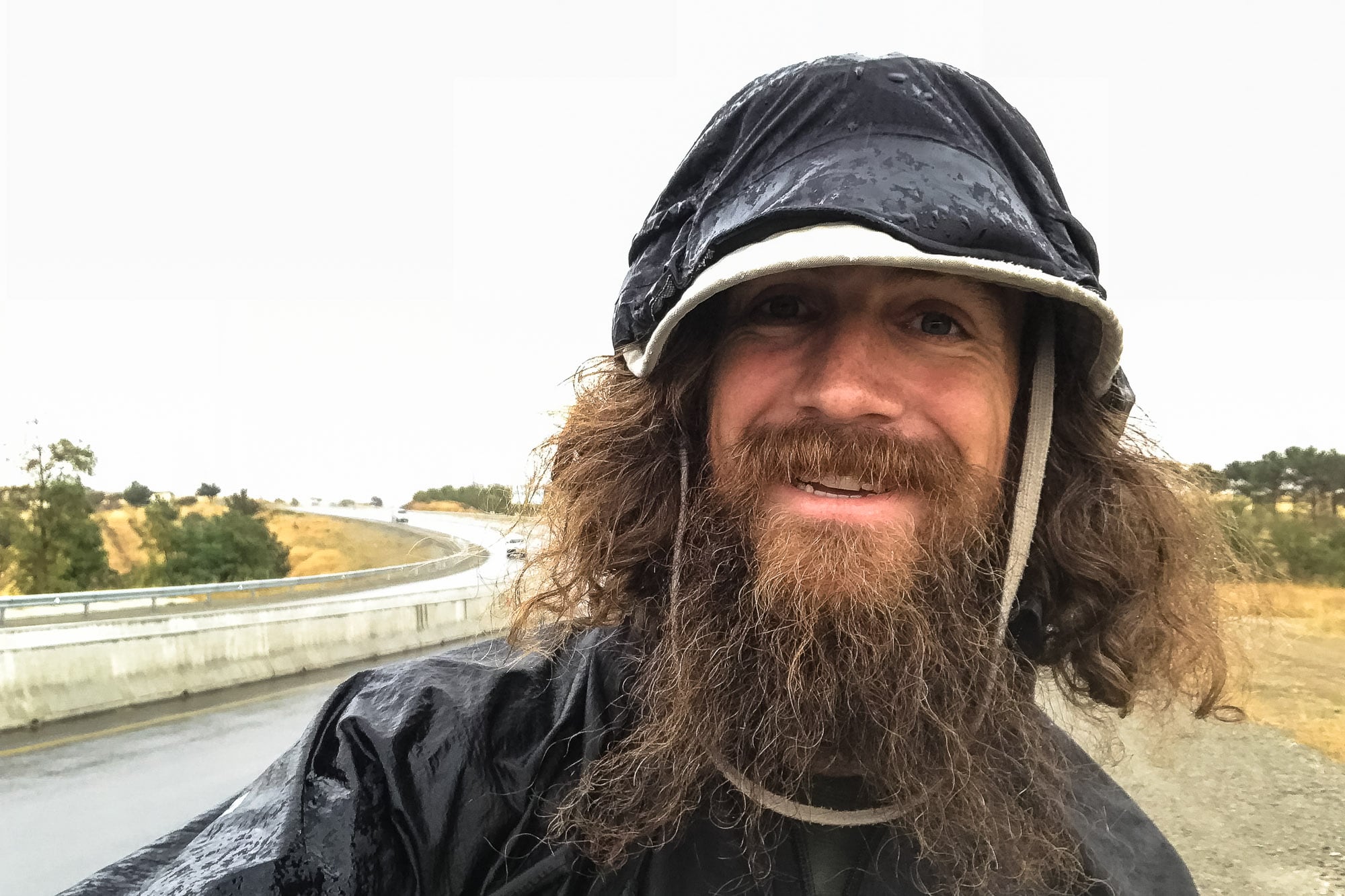 But, as you can see from the photo, I was happy. I don’t know why exactly, but I enjoyed being in the enclosed little space of my jacket, and I enjoyed listening to the rain beat down on my hat. 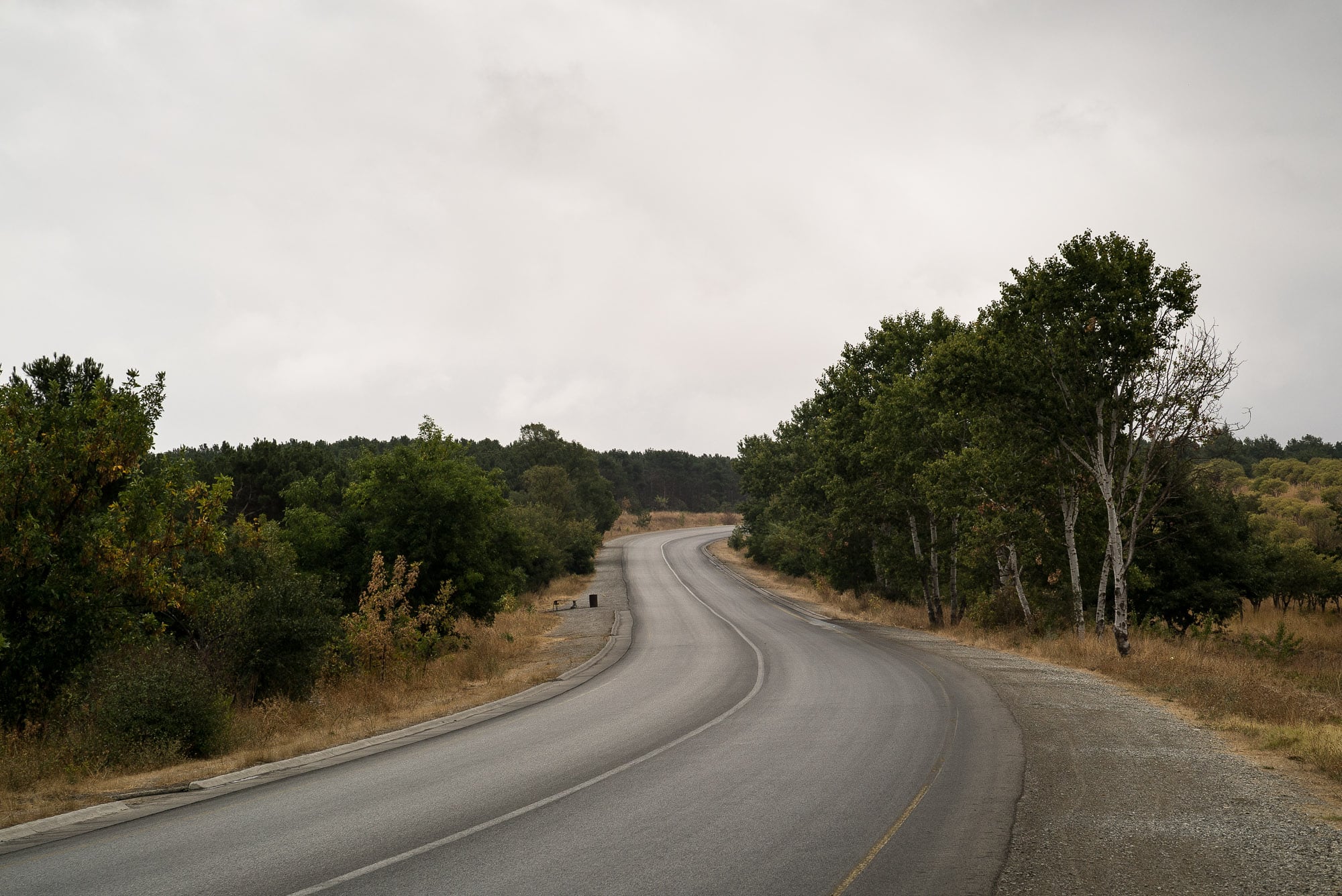 There was a pass at a river crossing, and the road went down into a valley: 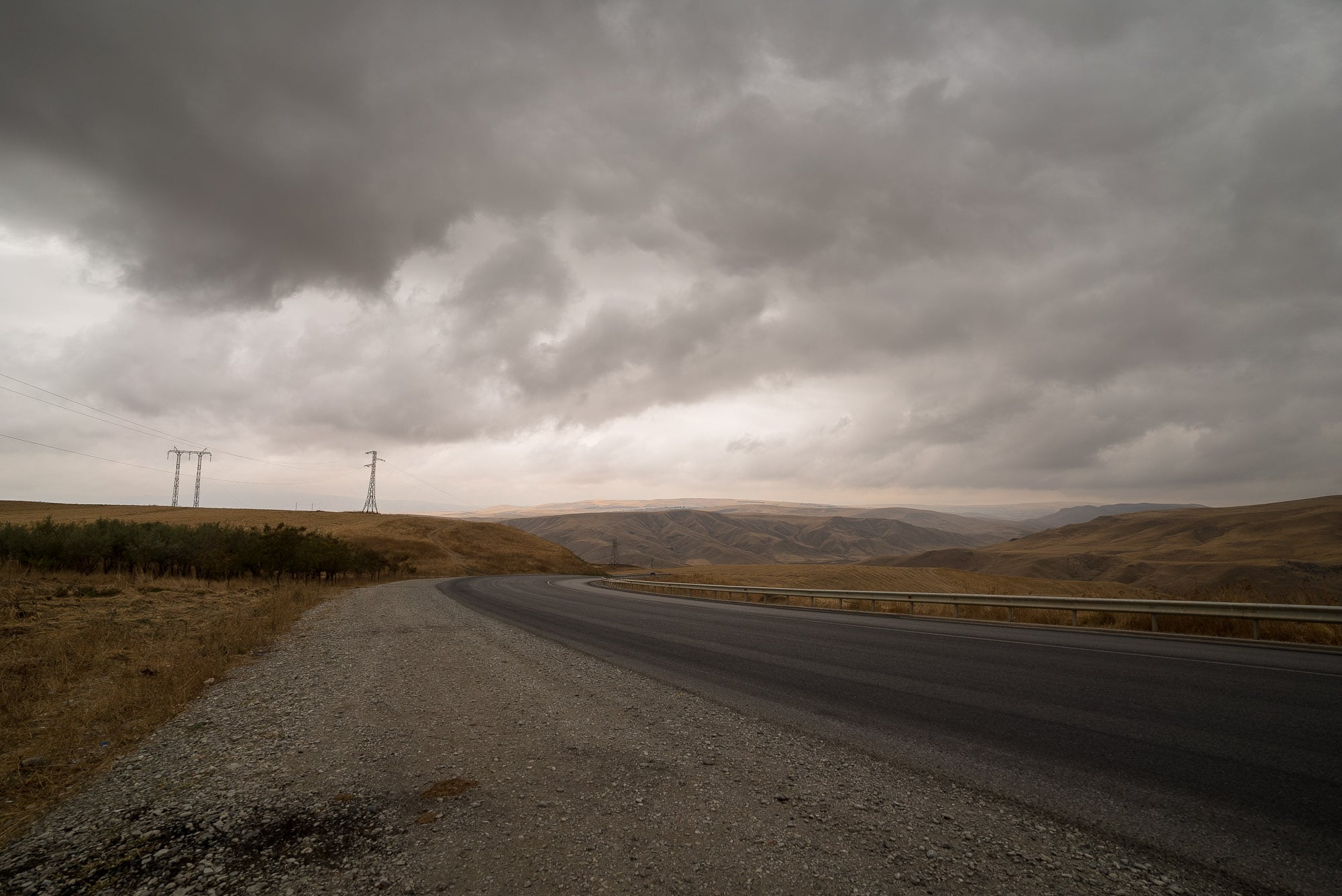 A bunch of sheep looked at us in bewilderment: 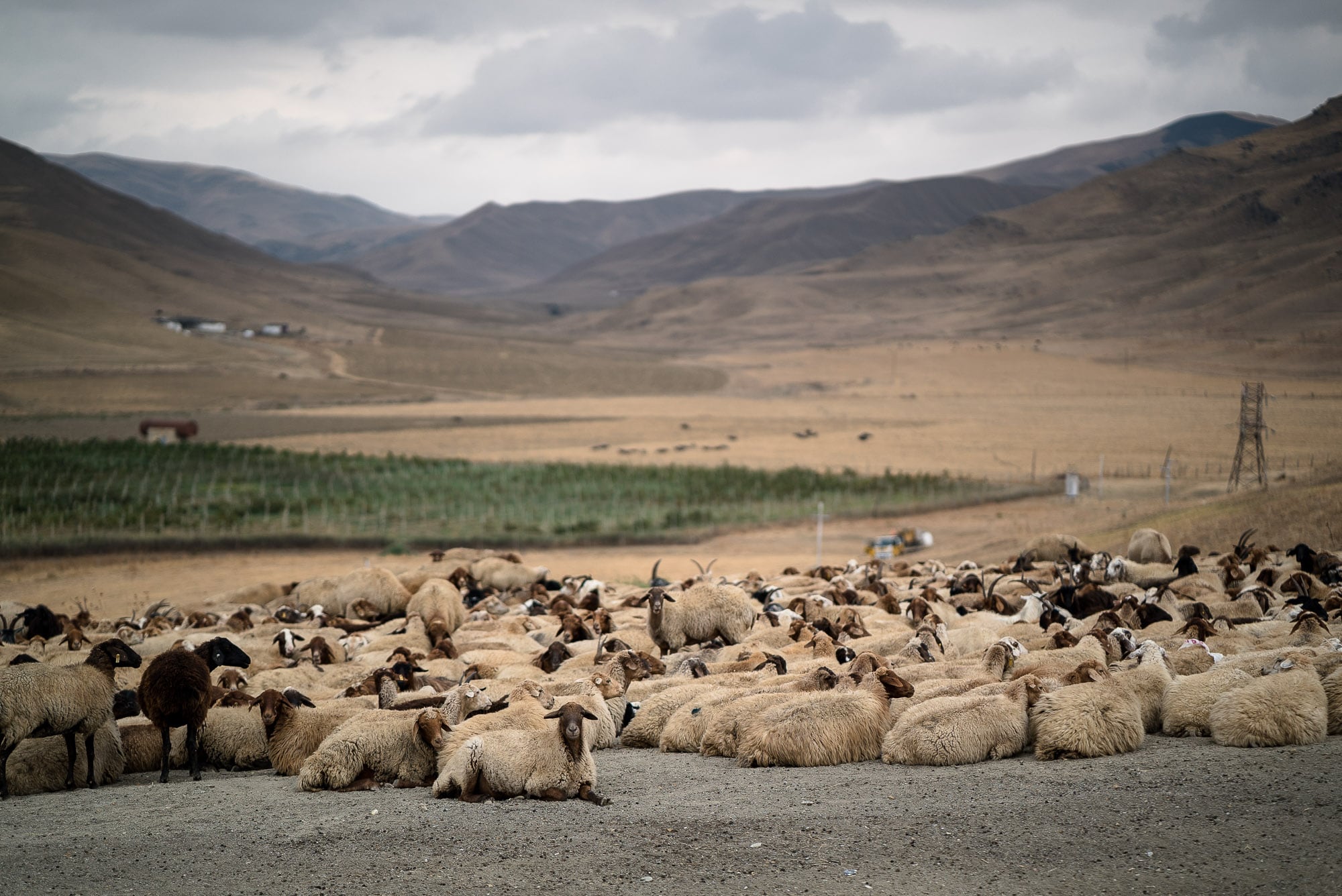 I didn’t know what they were thinking, but there seemed to be a common understanding among them that I was weird, that the Caboose was weird, that we were weird. I figured they had their own language.

And then, after a bit of torture, we finally arrived on top of the other side: 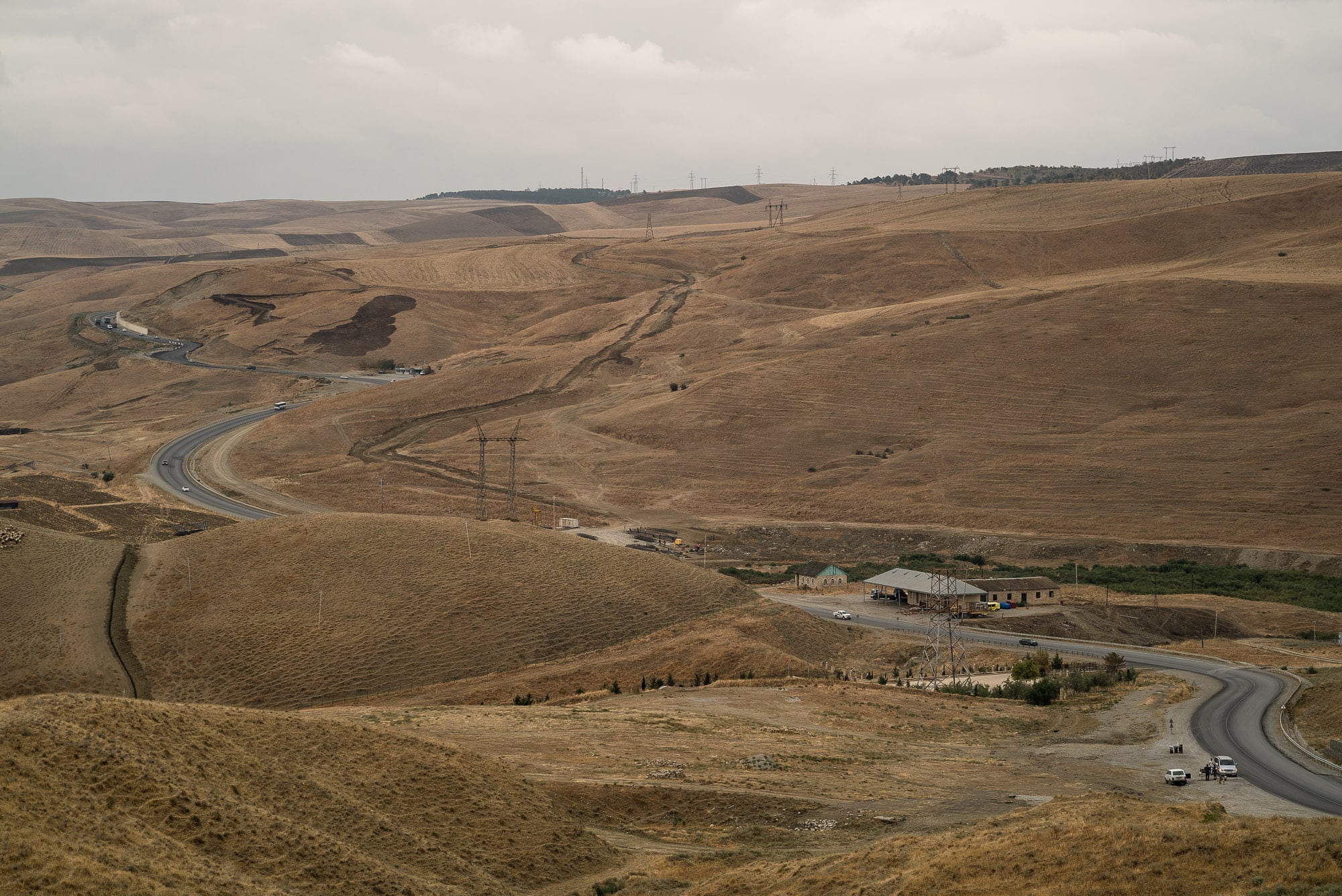 I sat down and ate a bag of potato chips that I had bought a few days earlier. A dog barked at us until he got tired of it and gave up. And I looked at the way to the town of Shamakhi and concluded that it was flat and easy: 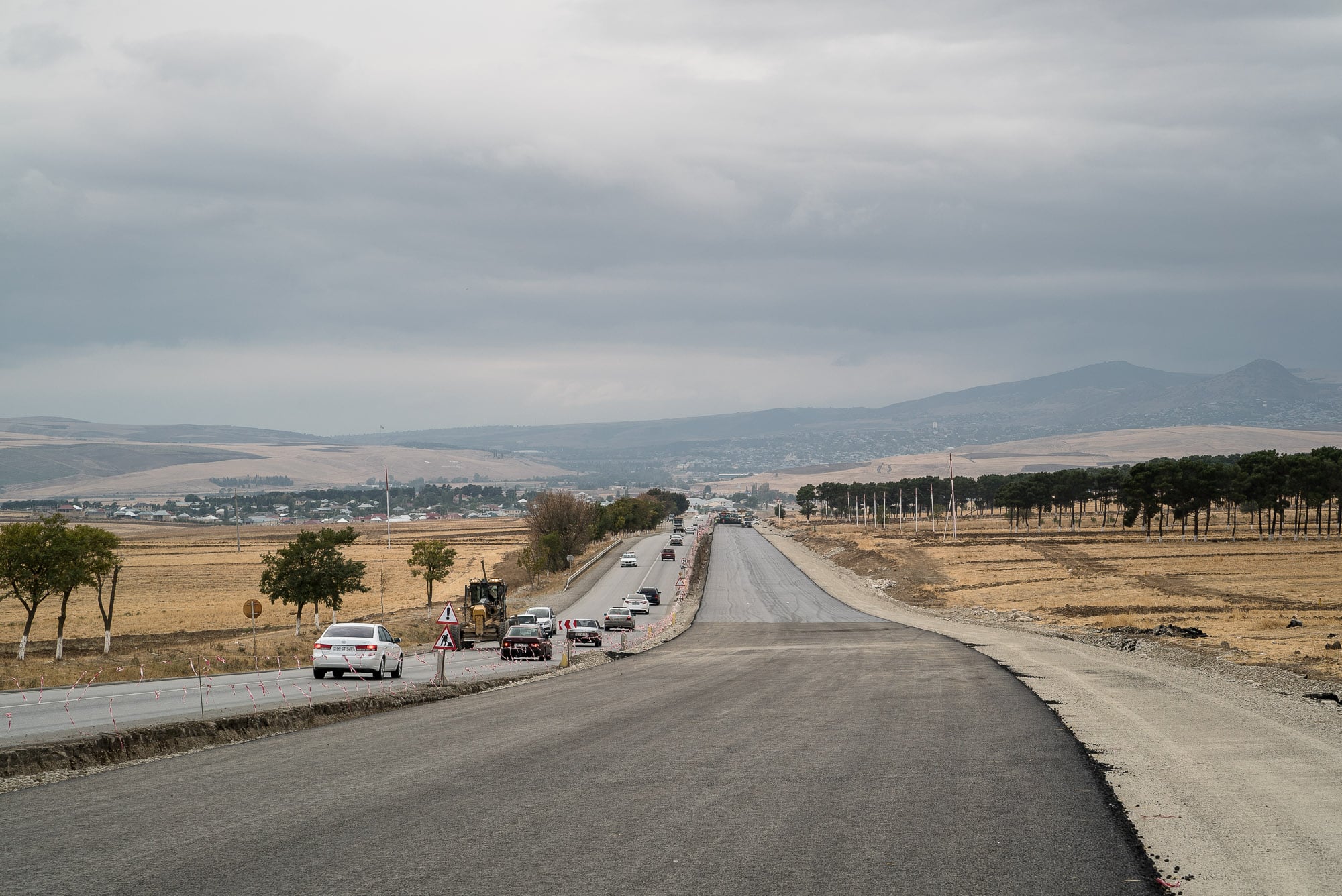 There were some herders around: 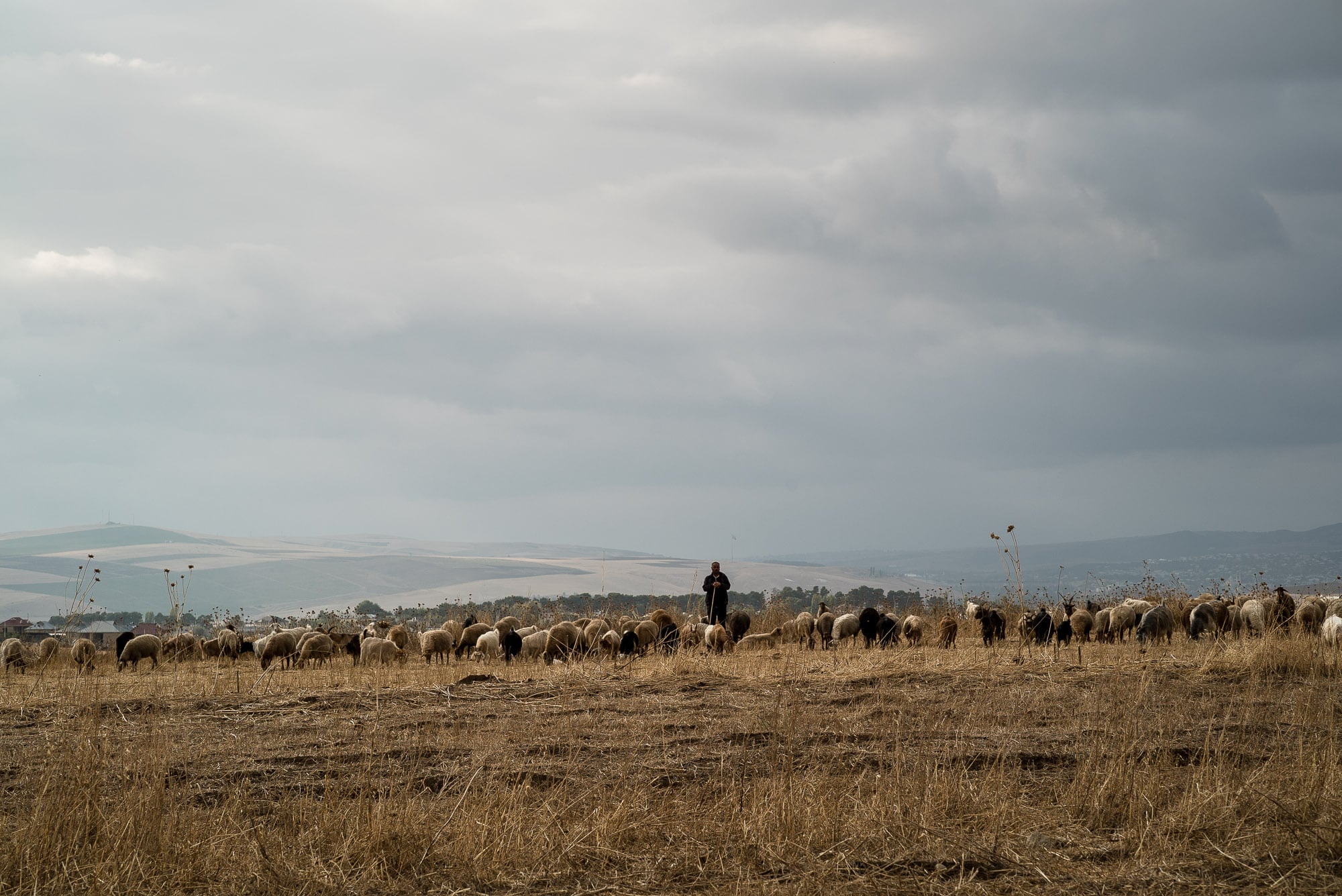 I talked to this gentleman for a while. He complained that most people in the area didn’t speak any Russian: 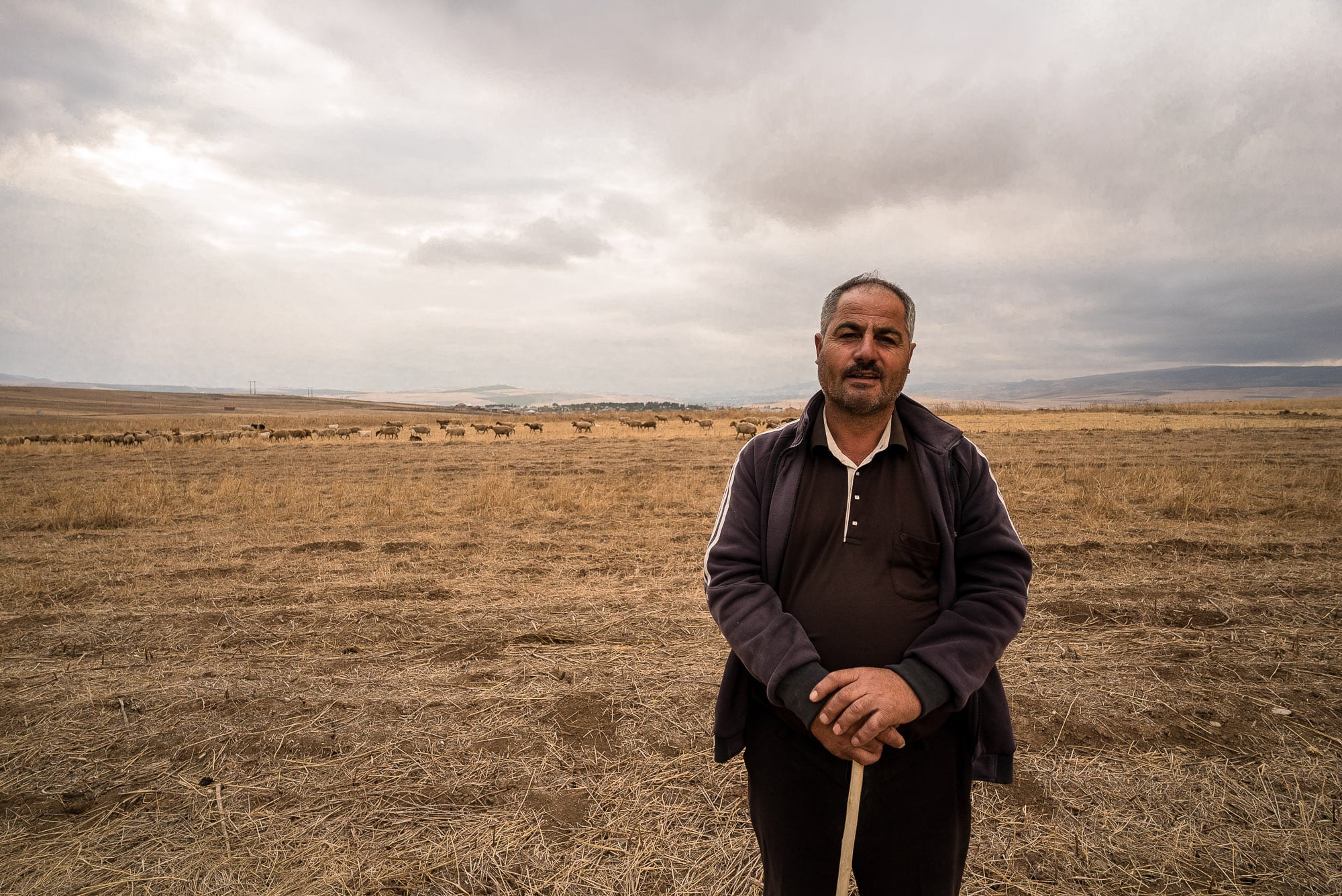 He had learned his during the time in the army. It was always good to know more languages, he said. I agreed. Azerbaijan had surprised me in that, even though it had been part of the USSR just like Kazakhstan, Kyrgyzstan, Uzbekistan, and Turkmenistan, people here spoke a lot less Russian than over there. Especially the young people. Especially in the countryside.

There was another riverbed: 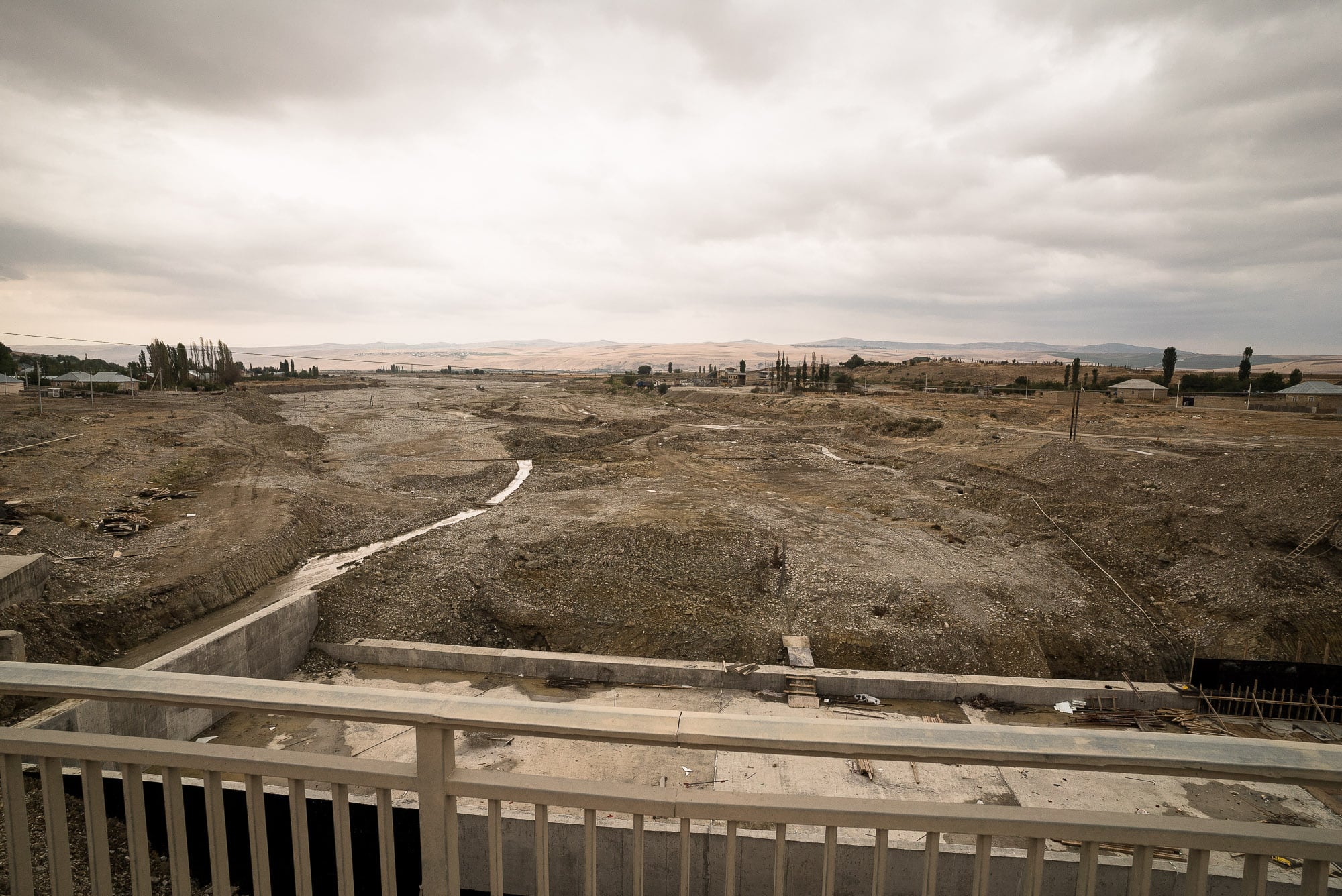 And then an old winery: 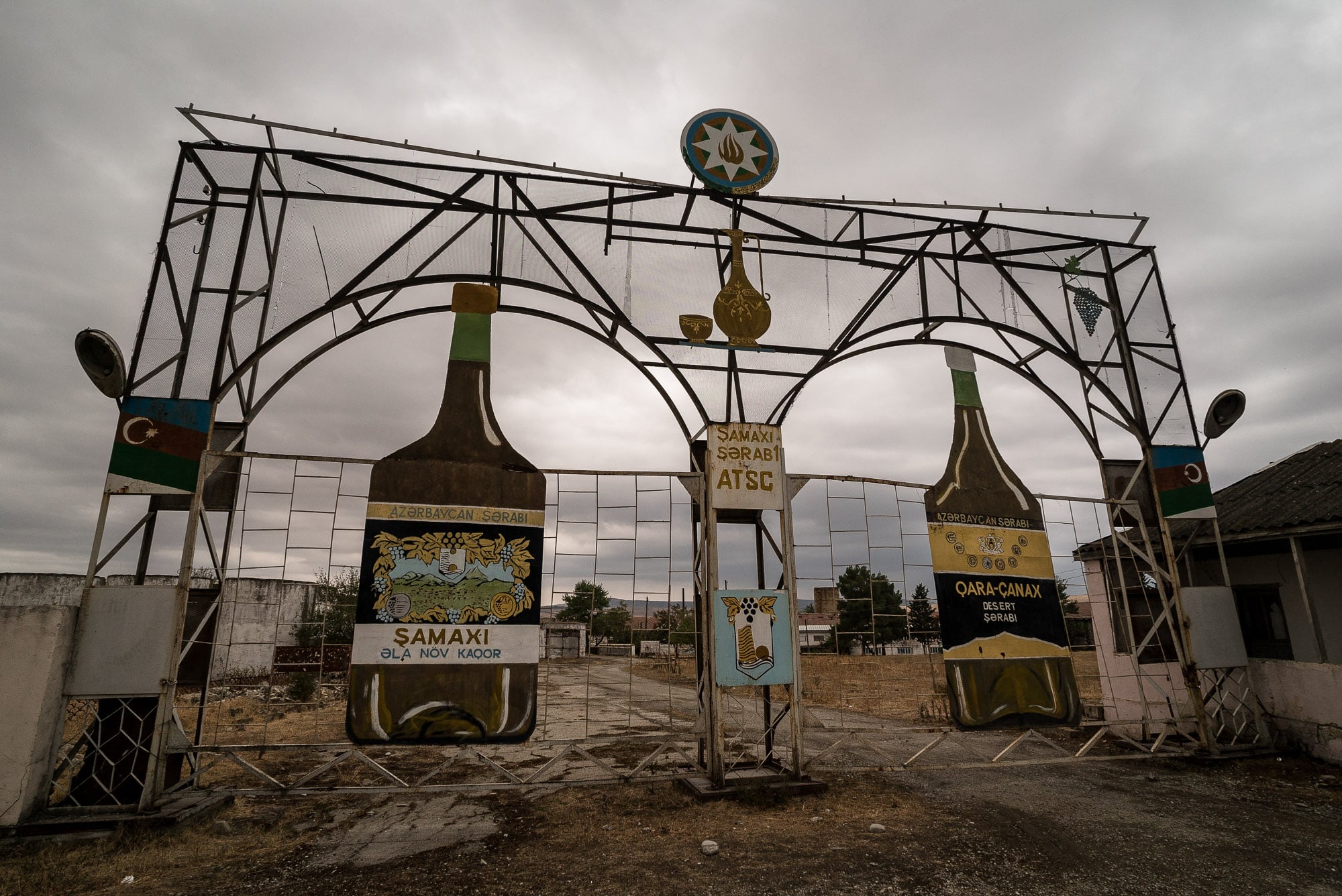 It lay in ruins: 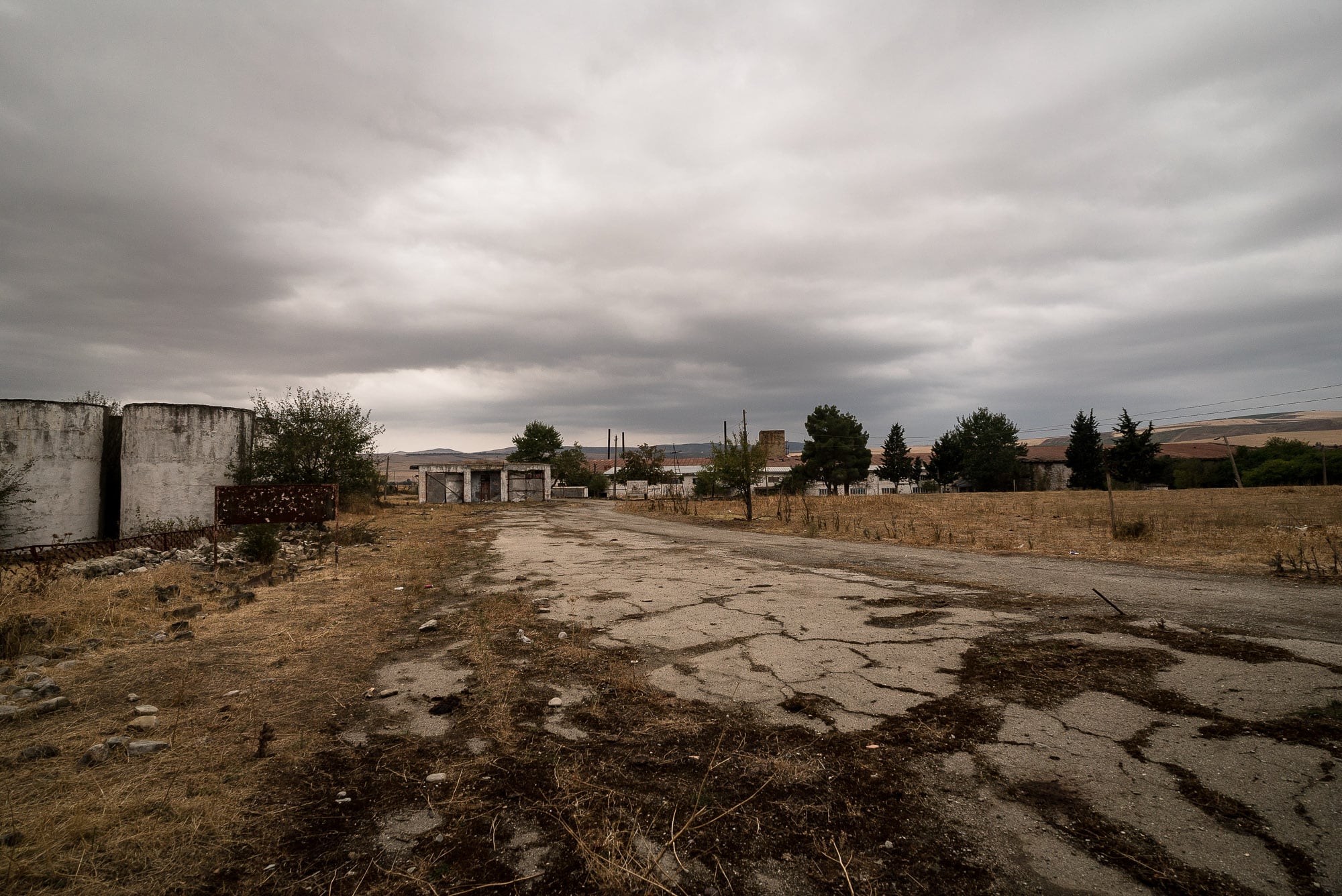 Even the lightbulbs were gone: 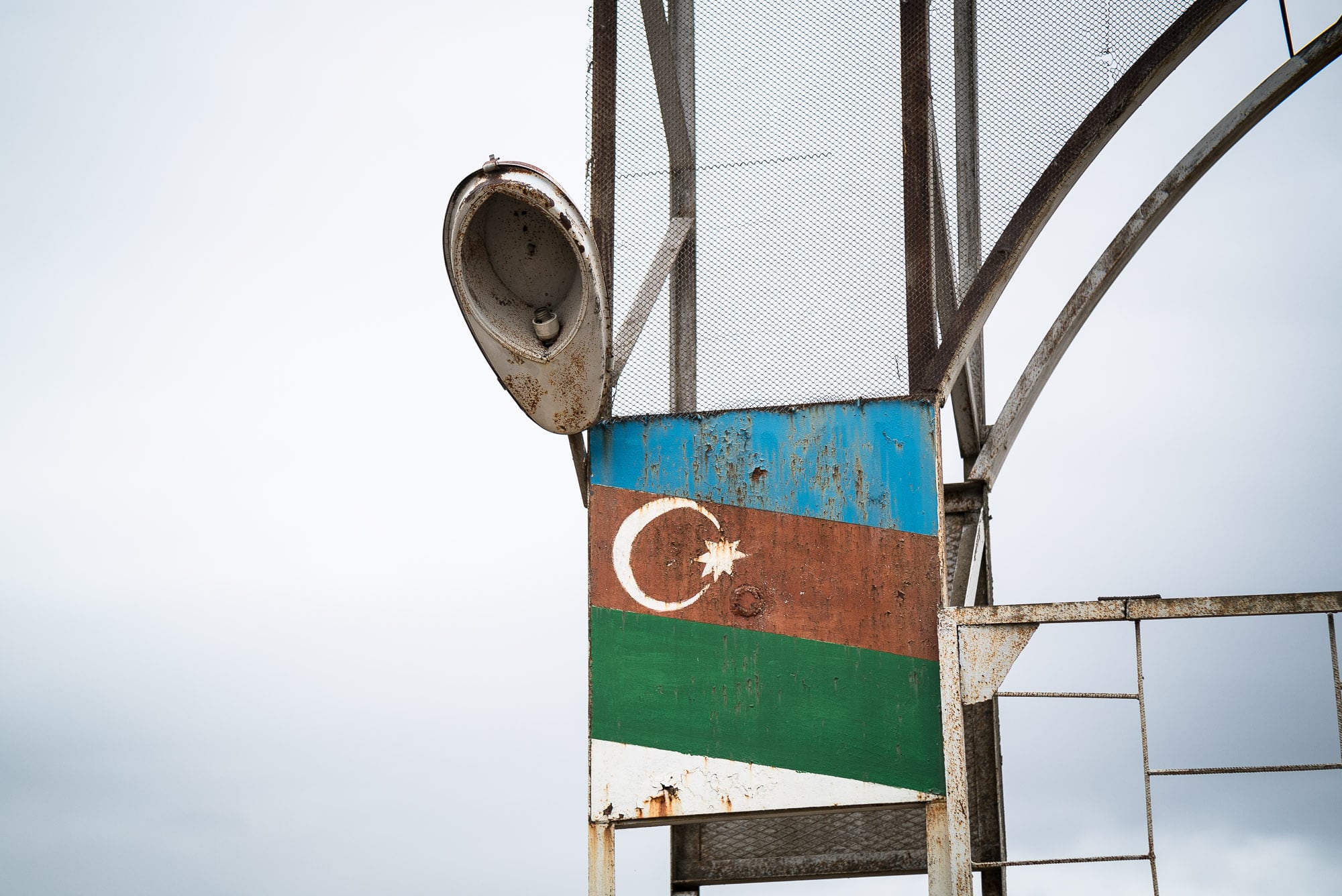 When we arrived in Shamakhi, I was only mildly surprised to be greeted by what looked like it was aspiring to be a medieval English castle: 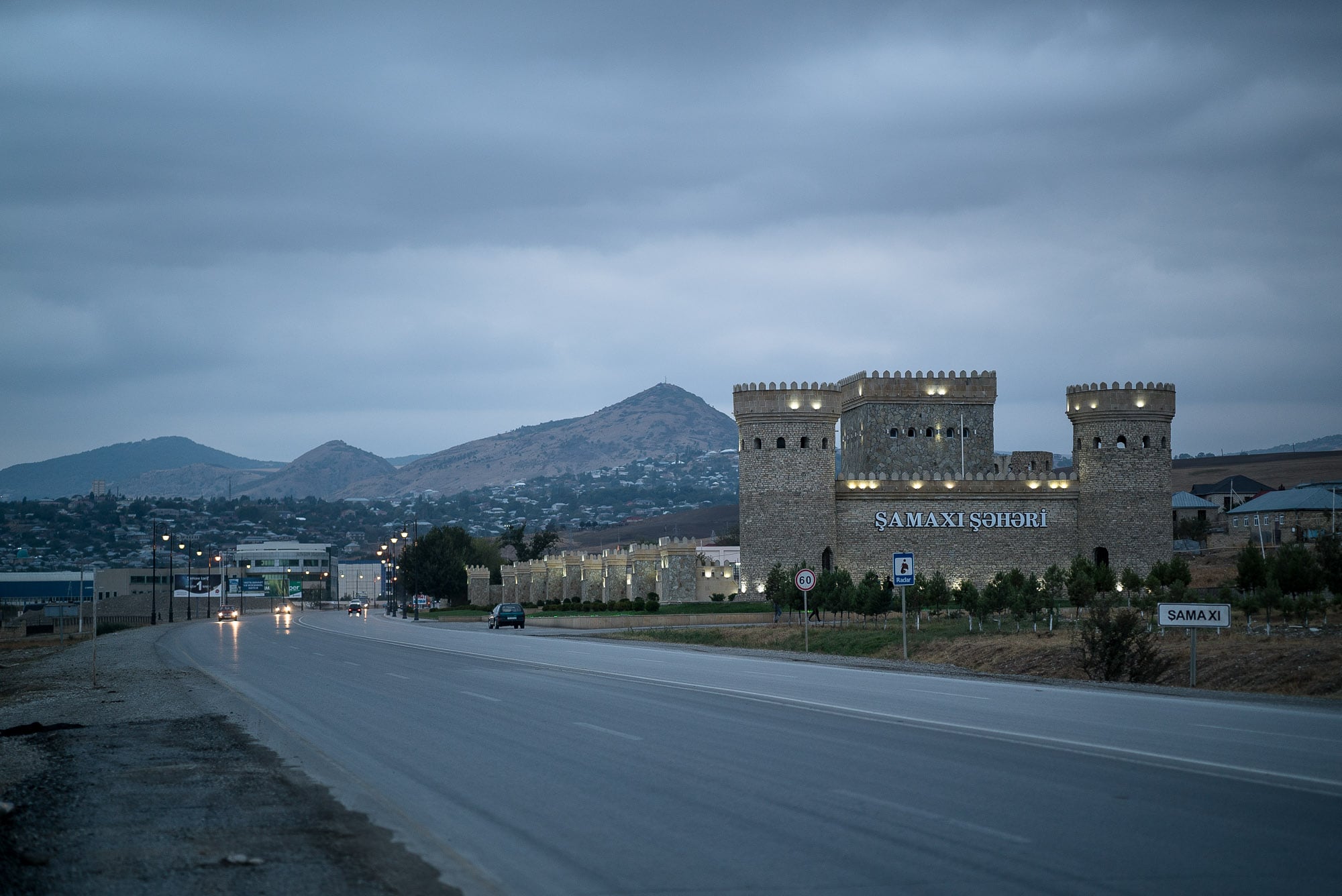 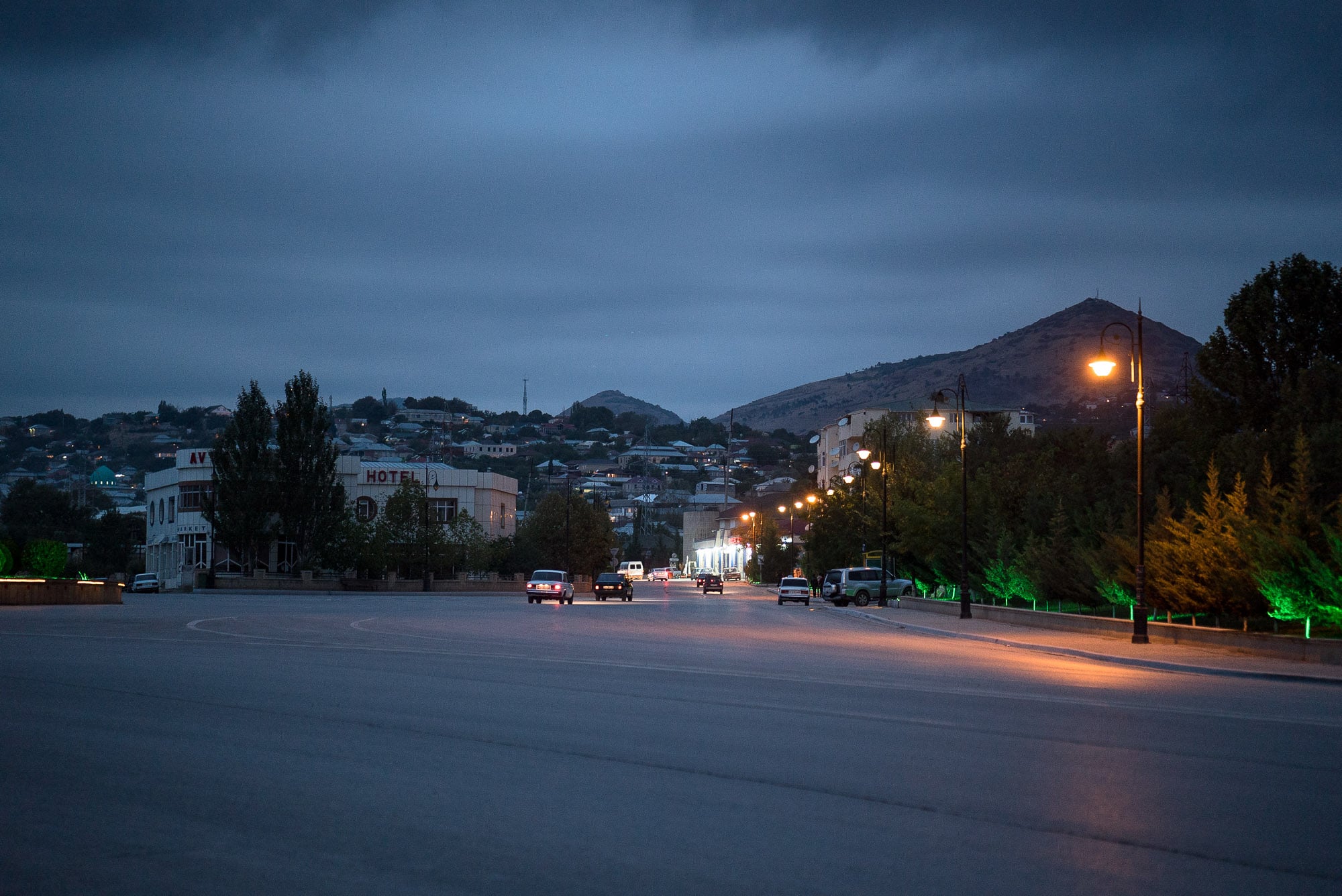 Once, on our way up to the center of Shamakhi, we passed a massive mosque that looked shiny and new: 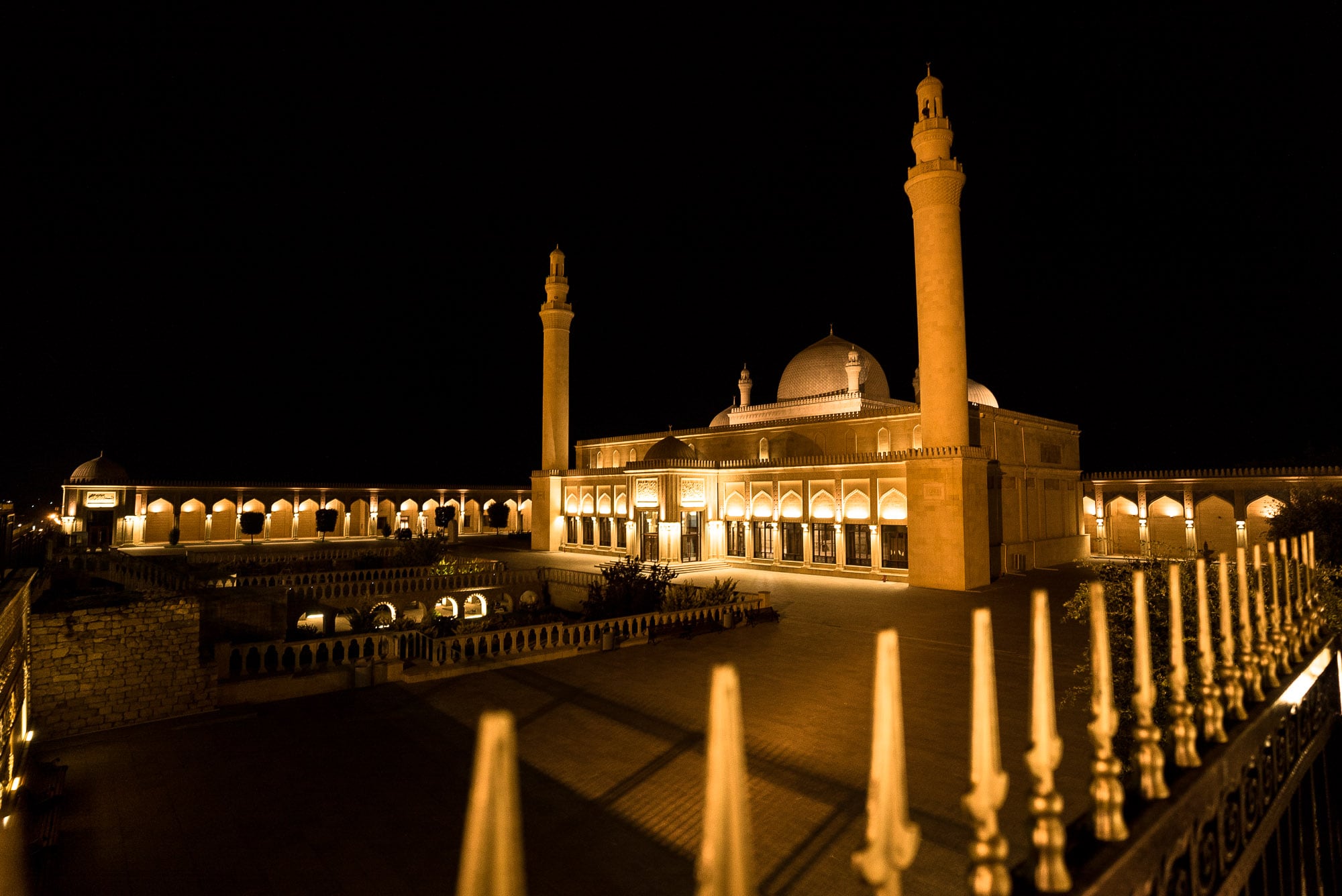 But we didn’t stay there, either.

Day 1237
from Qobuland to Shamakhi