When I woke up I felt tired and sore: 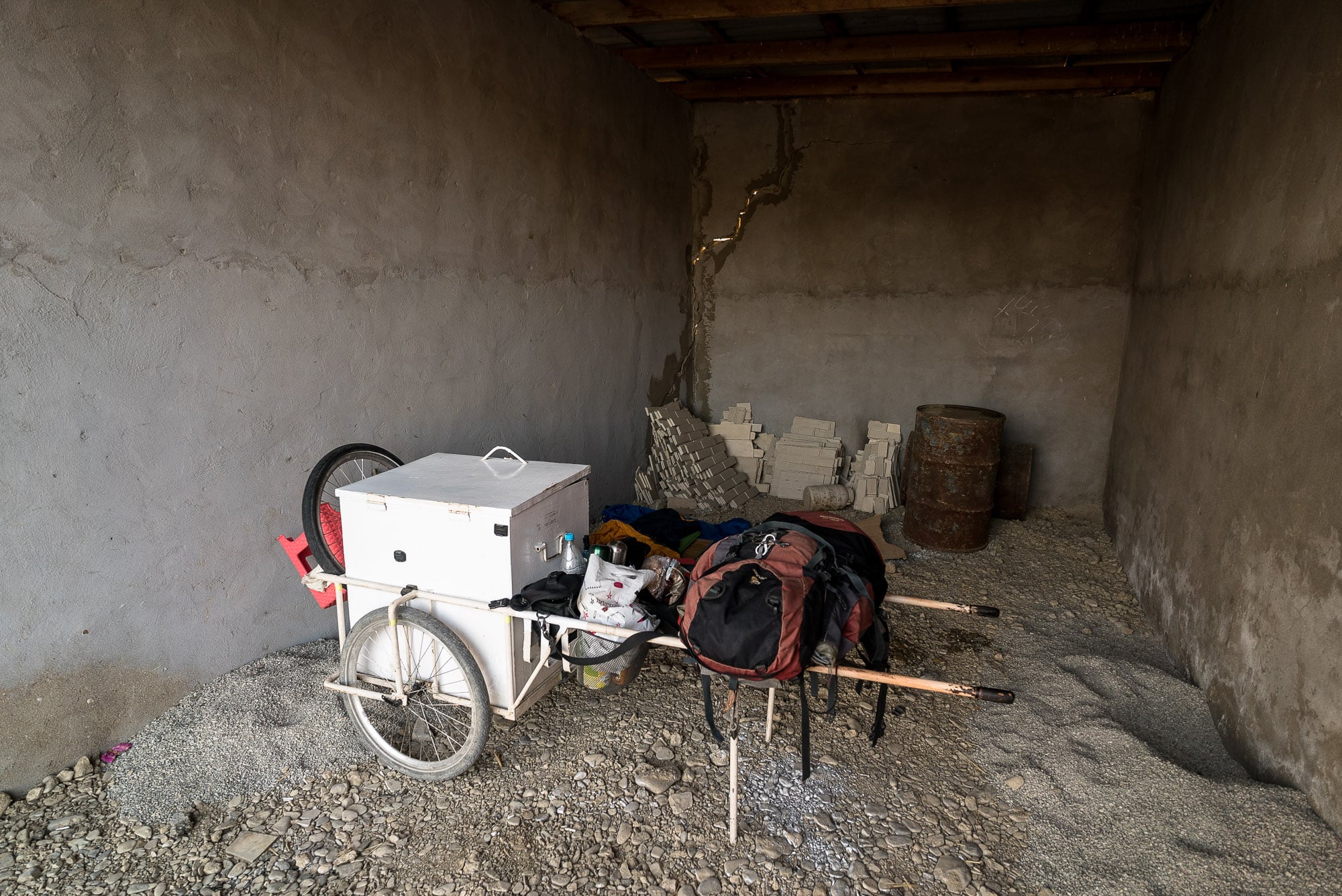 I looked outside and saw a few tractors that were being repaired, and since it was just a few minutes after seven, I wondered if this was by any chance a 24/7 repair shop: 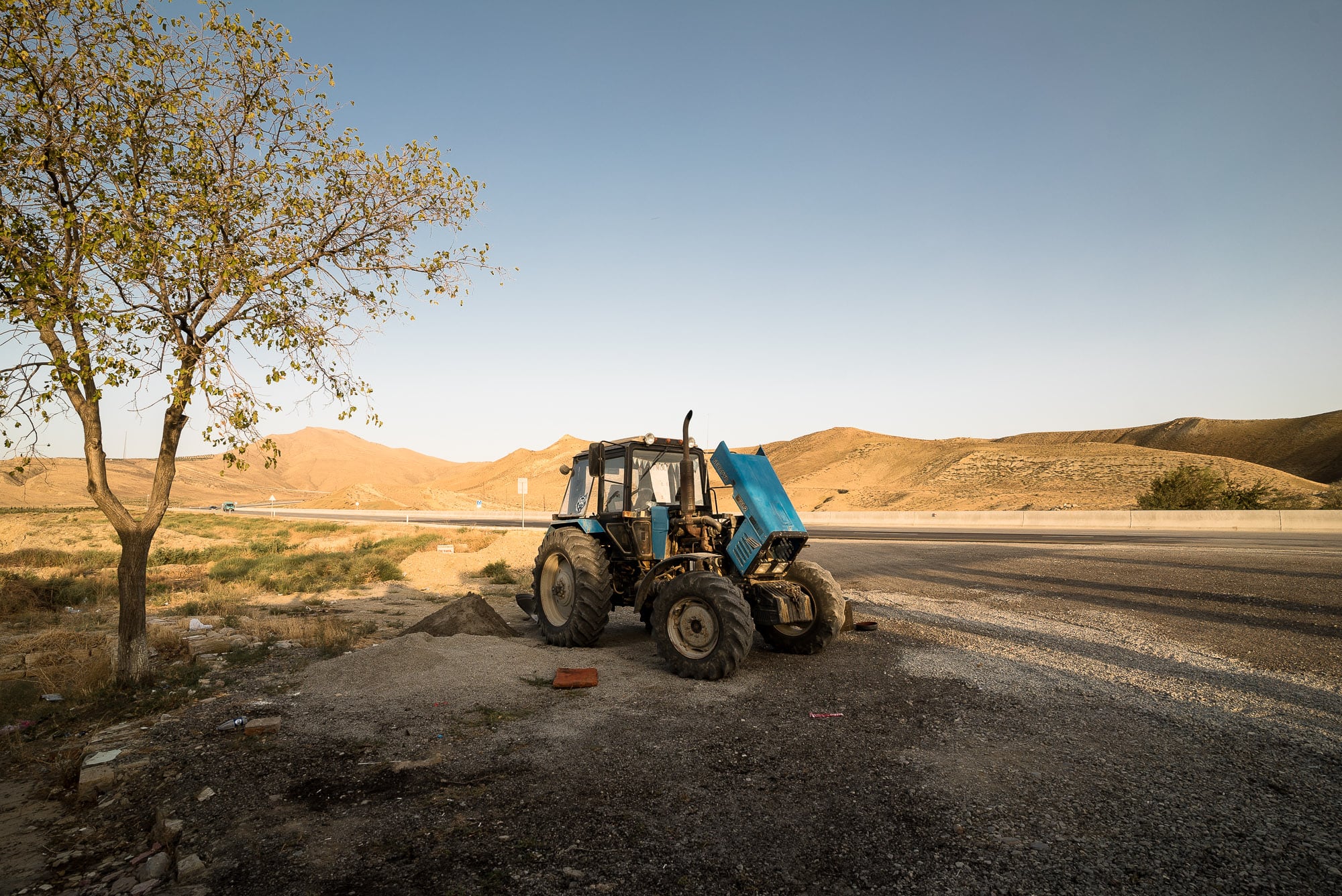 Then my mind became occupied with other things – there was a steep uphill climb that started right there: 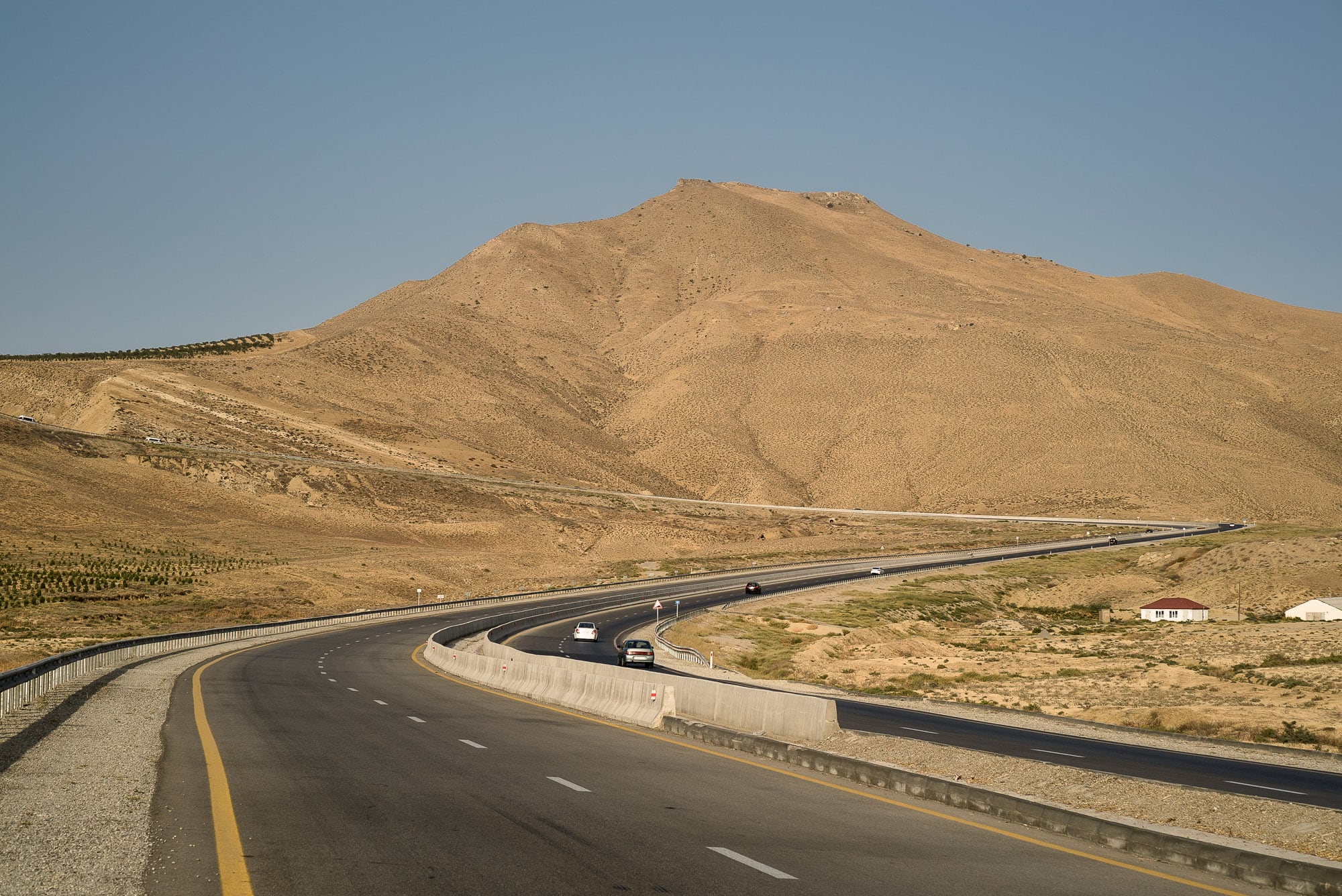 It took me two hours to get to the top, a distance of a mere five kilometers. One time I noticed a car brake in the emergency lane. A gentleman got out and leaned over the railing. Then I heard sounds that reminded me of a wailing dog, and I realized that the gentleman was puking his guts out. The serpentines had beat him.

I was too slow to get sick: 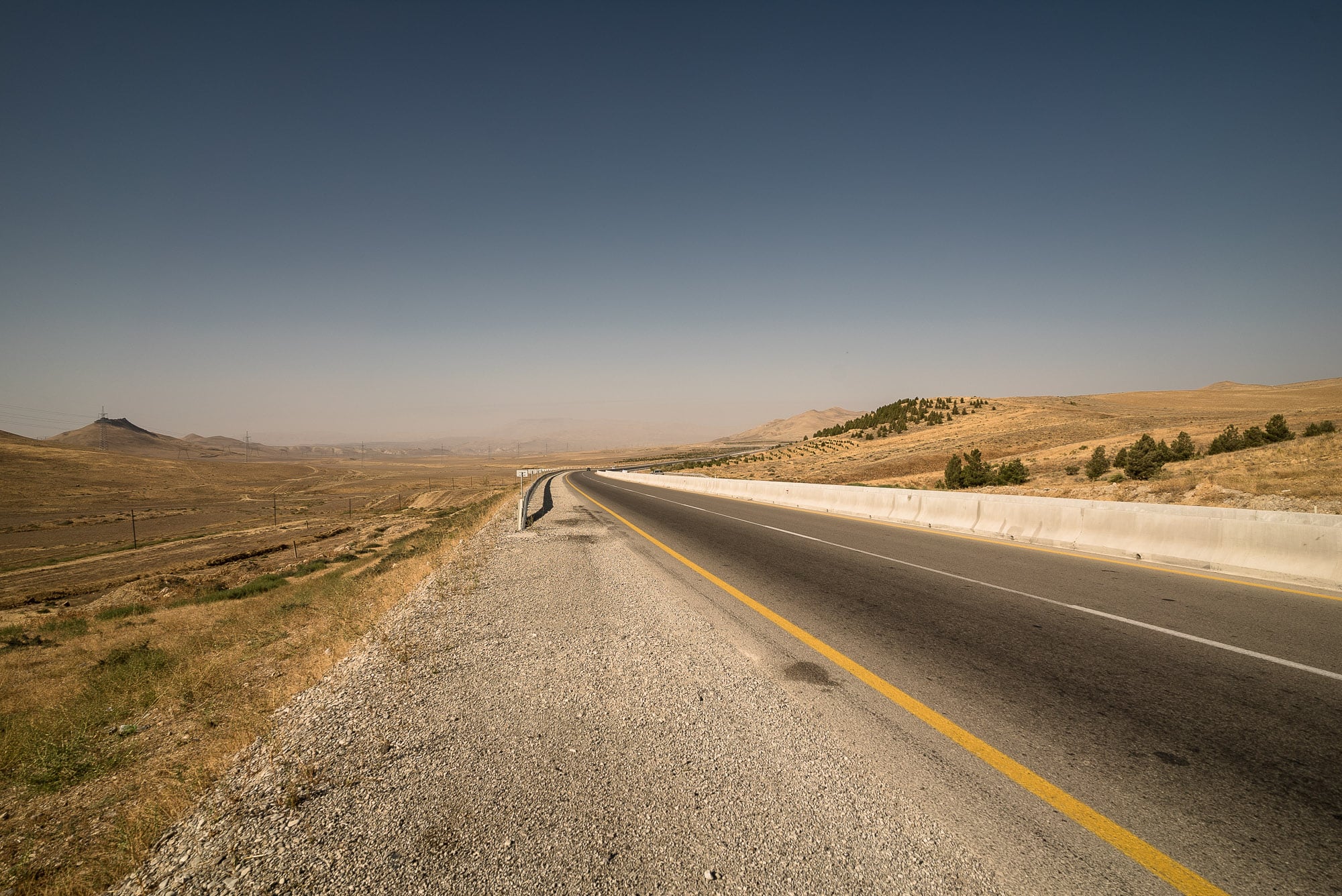 Either way I was happy when, after about 20 kilometers, I reached this little restaurant where I was planning to ask for a place to sleep: 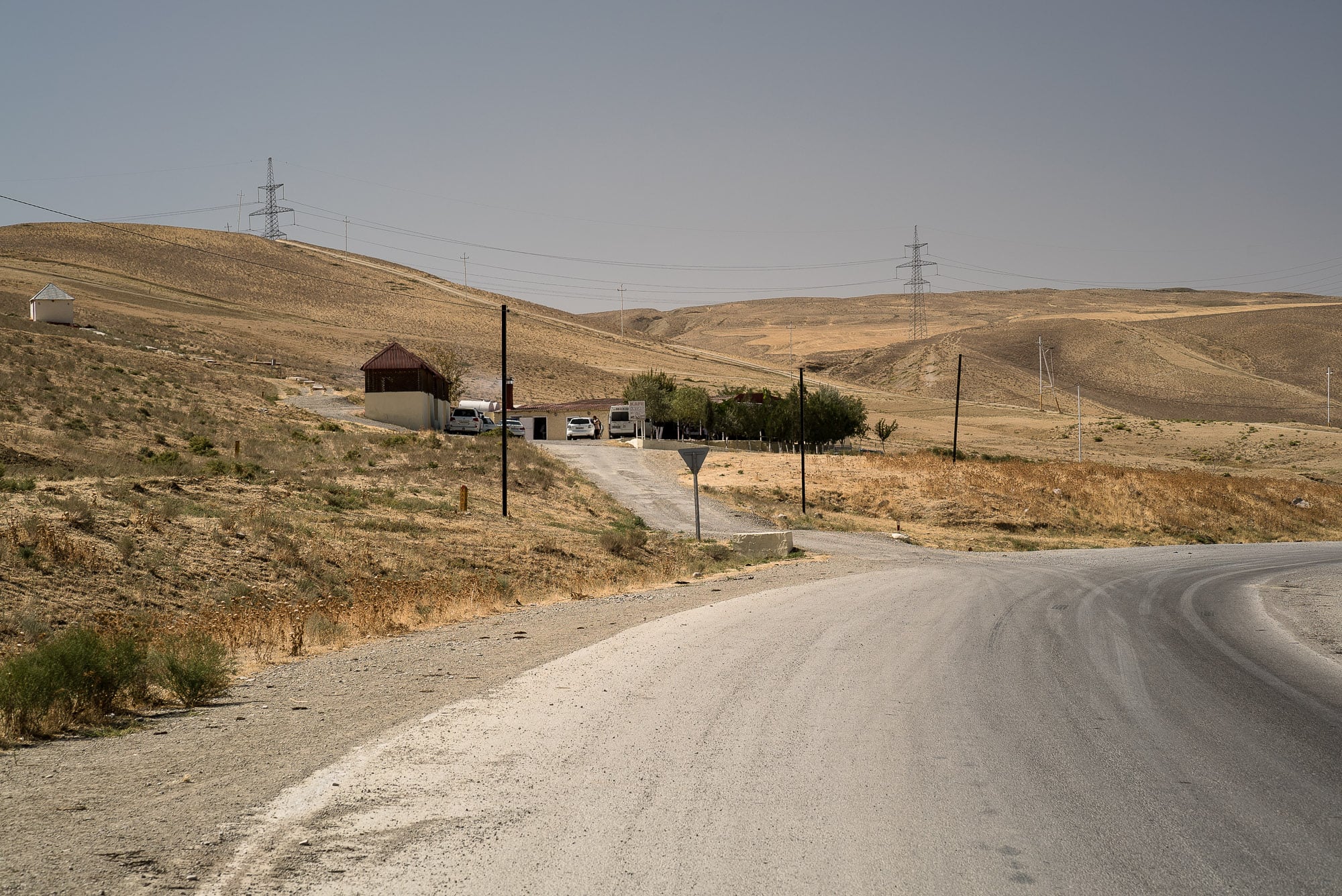 “Sure”, they said, pointing outside: “you can pitch your tent anywhere you want!”

I didn’t. Sure, open space for my tent was really all I needed. But I felt a sense of uneasiness with the people in the restaurant, so I packed up my stuff and left. I had enough water to camp anywhere else I wanted, and I also had half a bag of M&Ms, so nothing could go wrong. I used them to reward me for the uphill climbs: 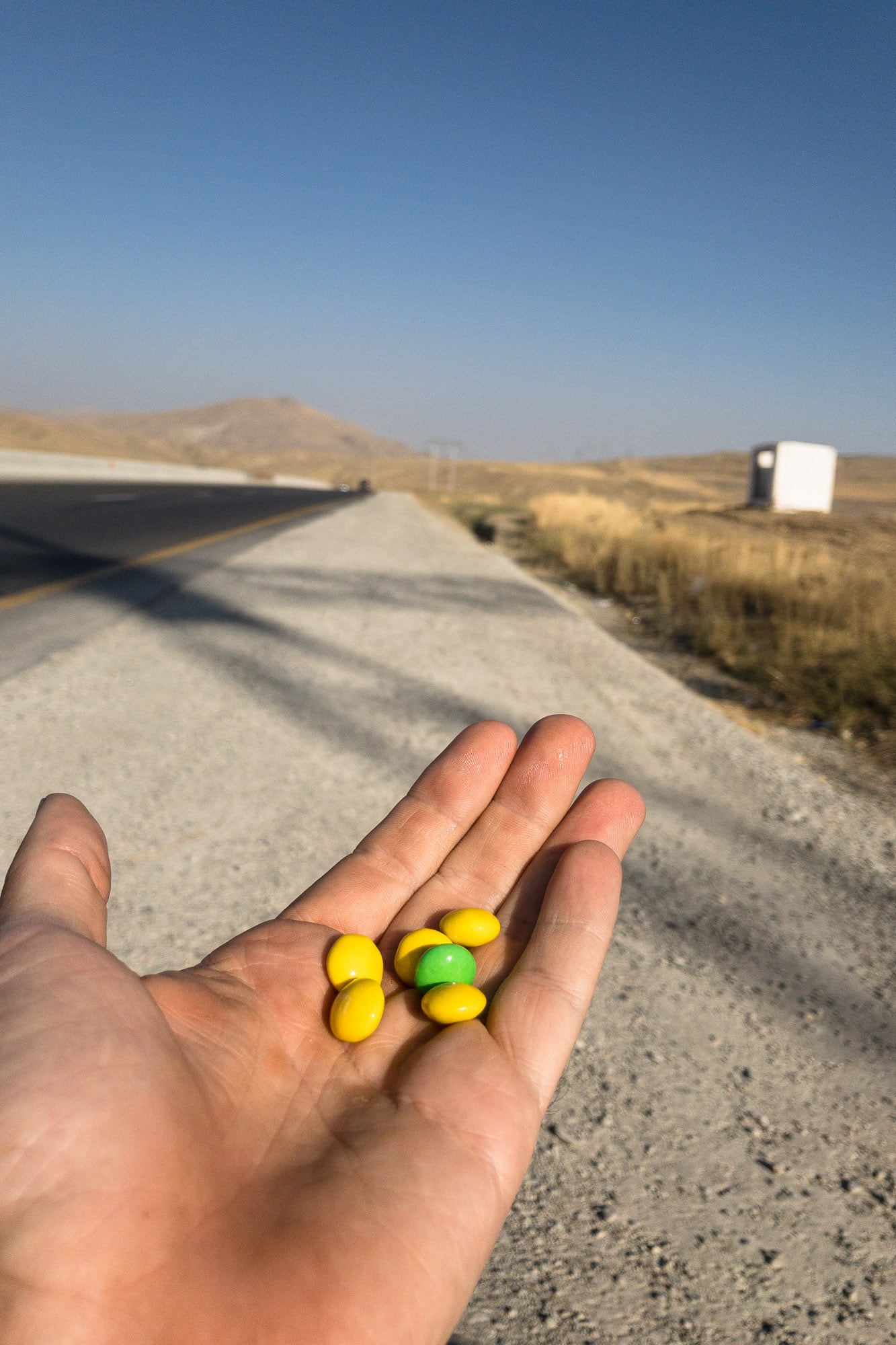 Sounds like fun? It really wasn’t. In fact, it was all the more terrible because I had mentally prepared myself for a total distance of 20km for the day. And now I was looking at maybe twice that.

There was a little town called Qobustan on the way. It had the same name as the one with the mud volcanoes a few weeks earlier, and I arrived there shortly before nightfall, when the herders and shepherds were driving home their beasts: 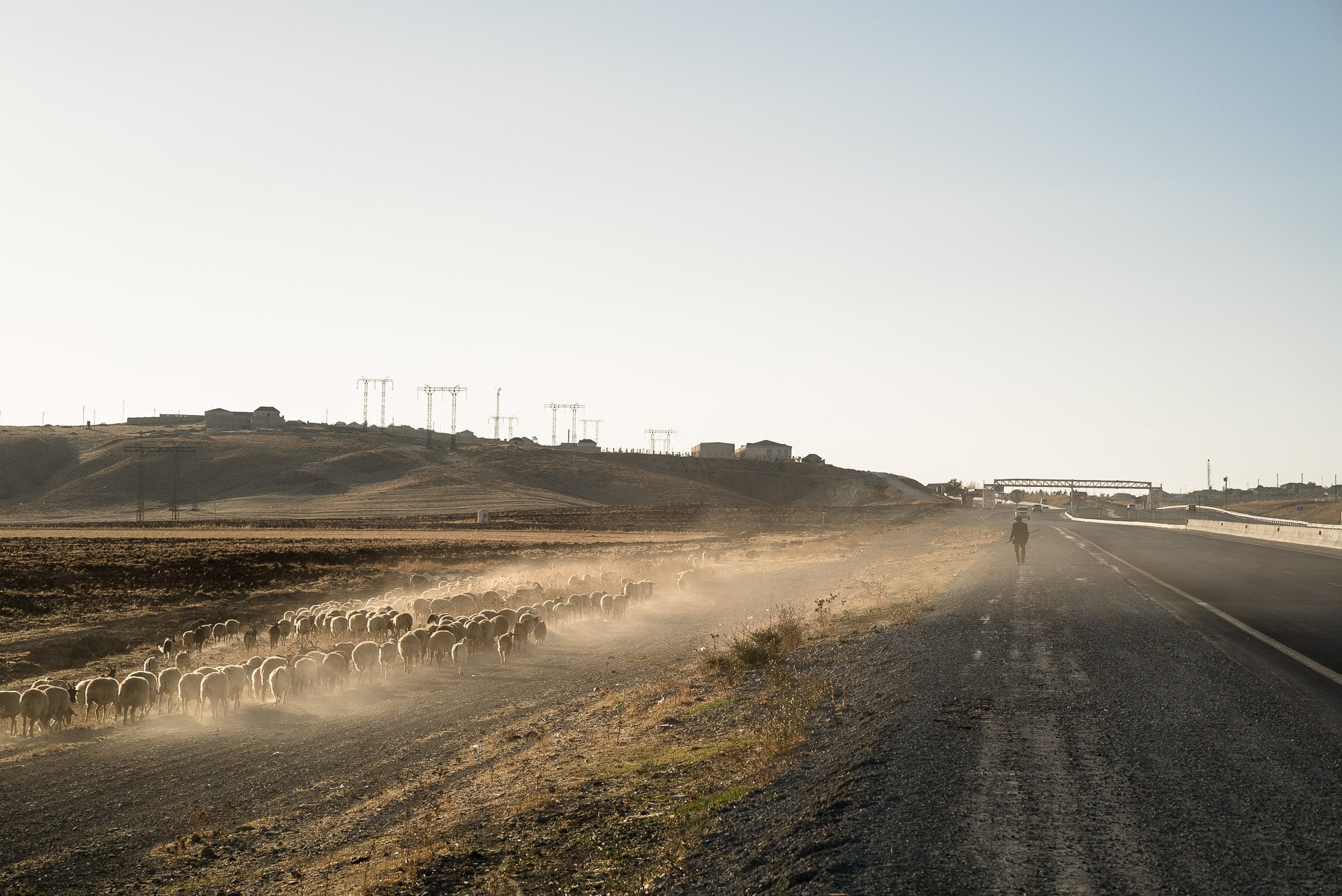 This was also when I finally got to communicate with human beings again.
A few people smiled at me from a bus: 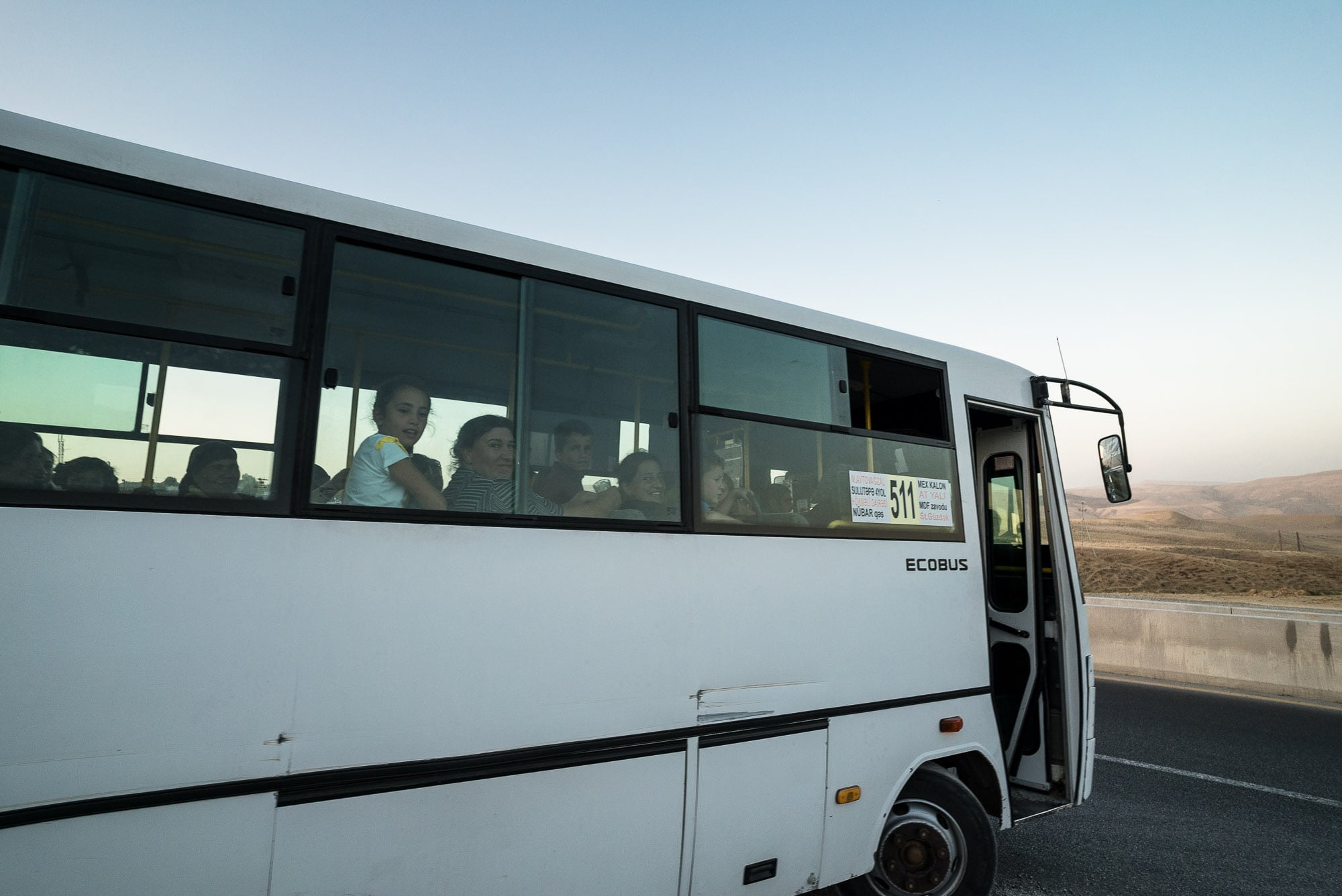 And a bunch of little dudes rode their bicycles around me and expressed keen interest in a bag of potato chips that I was carrying: 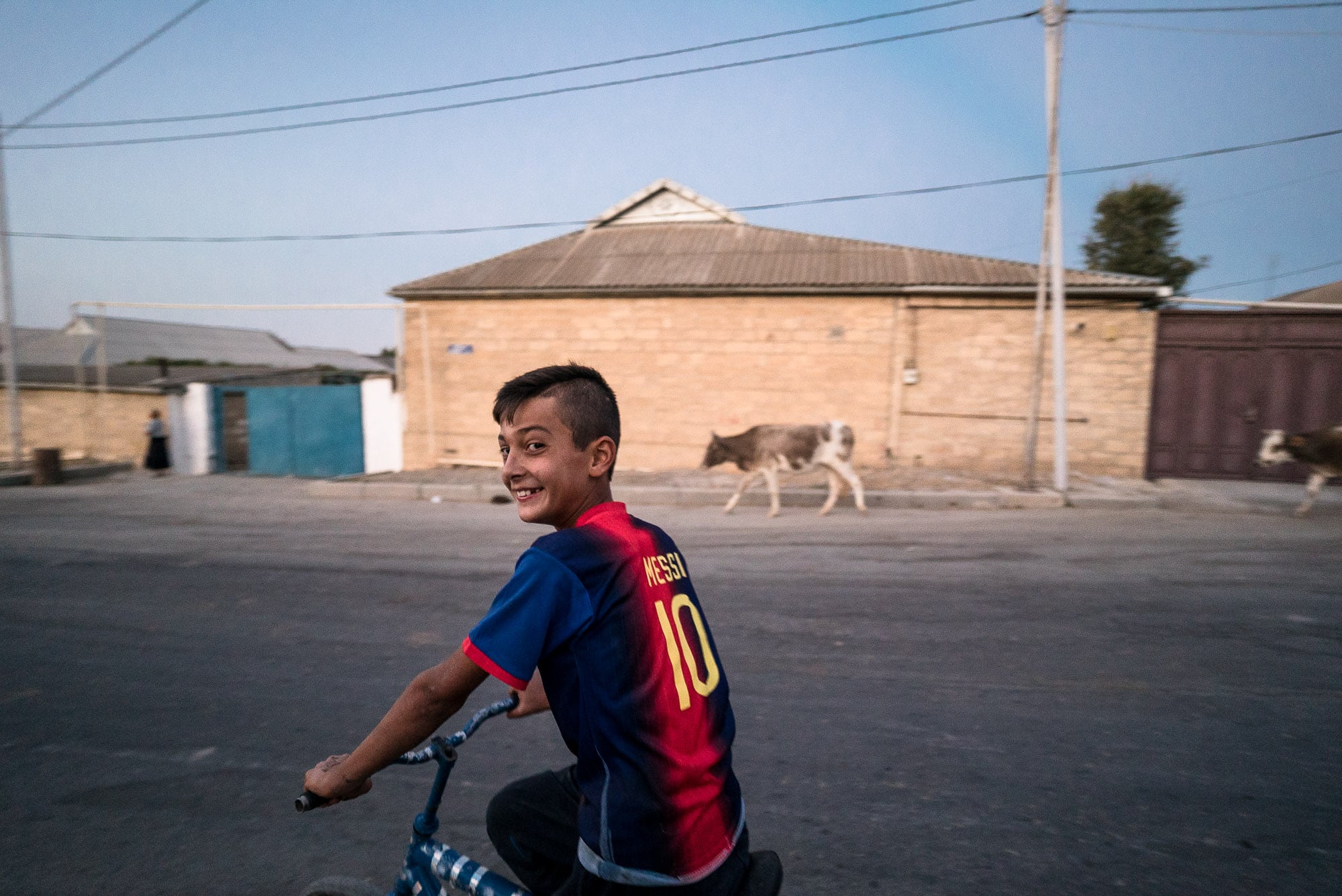 I did not give it to them, and I did not stay, either. Instead I decided the walk the remaining seven or eight kilometers to a hotel on the roadside. So I popped in metal and hardcore, only the most iconic songs that were able to push me through the night, and I rode to Qobuland on a wave of adrenaline: 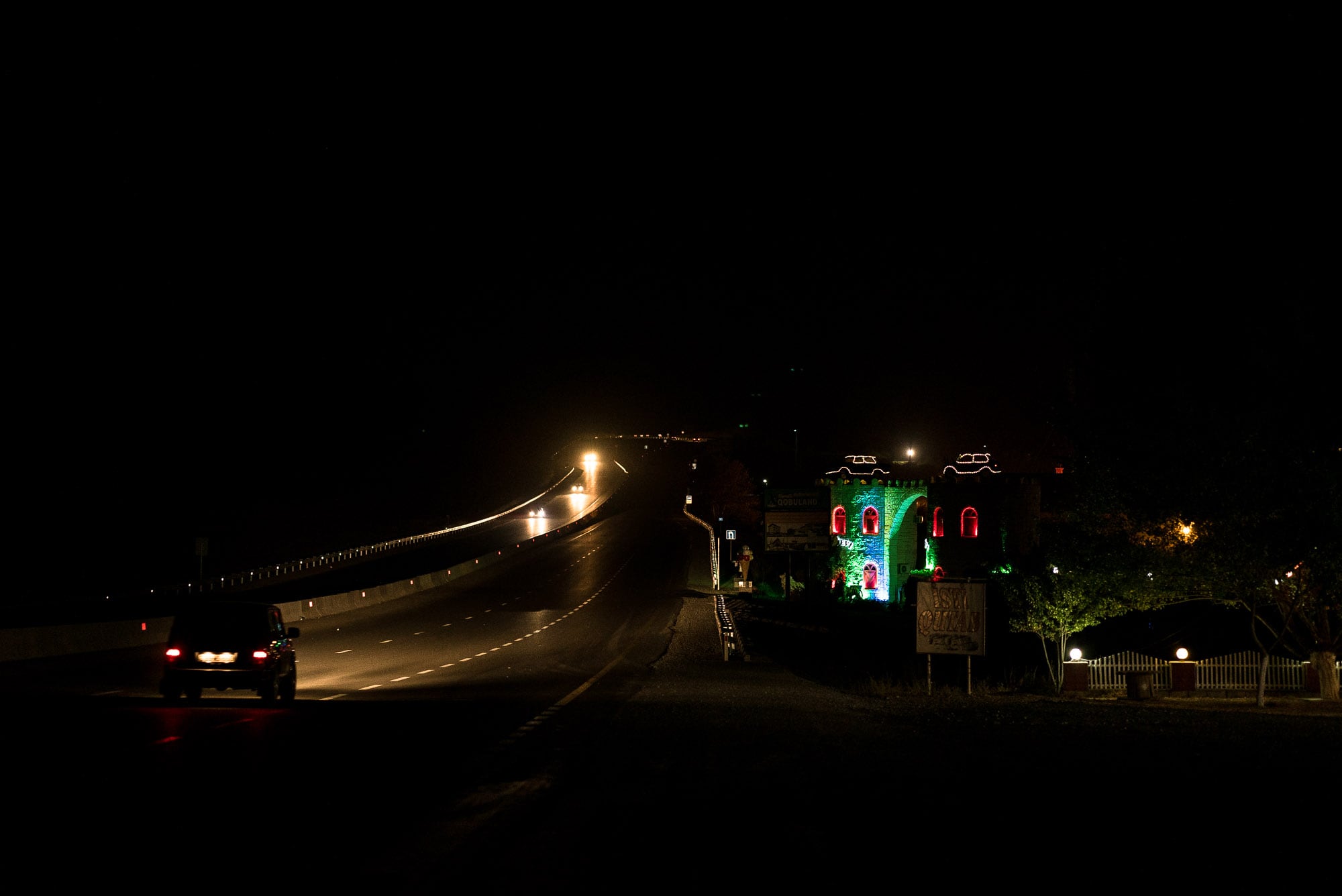 Then I changed the tune to a classic Air song.

It was all I needed.

Day 1235
from Jangi to Qobuland