Went to the Palace of the Shirvanshahs today. It had basically been turned into a museum: 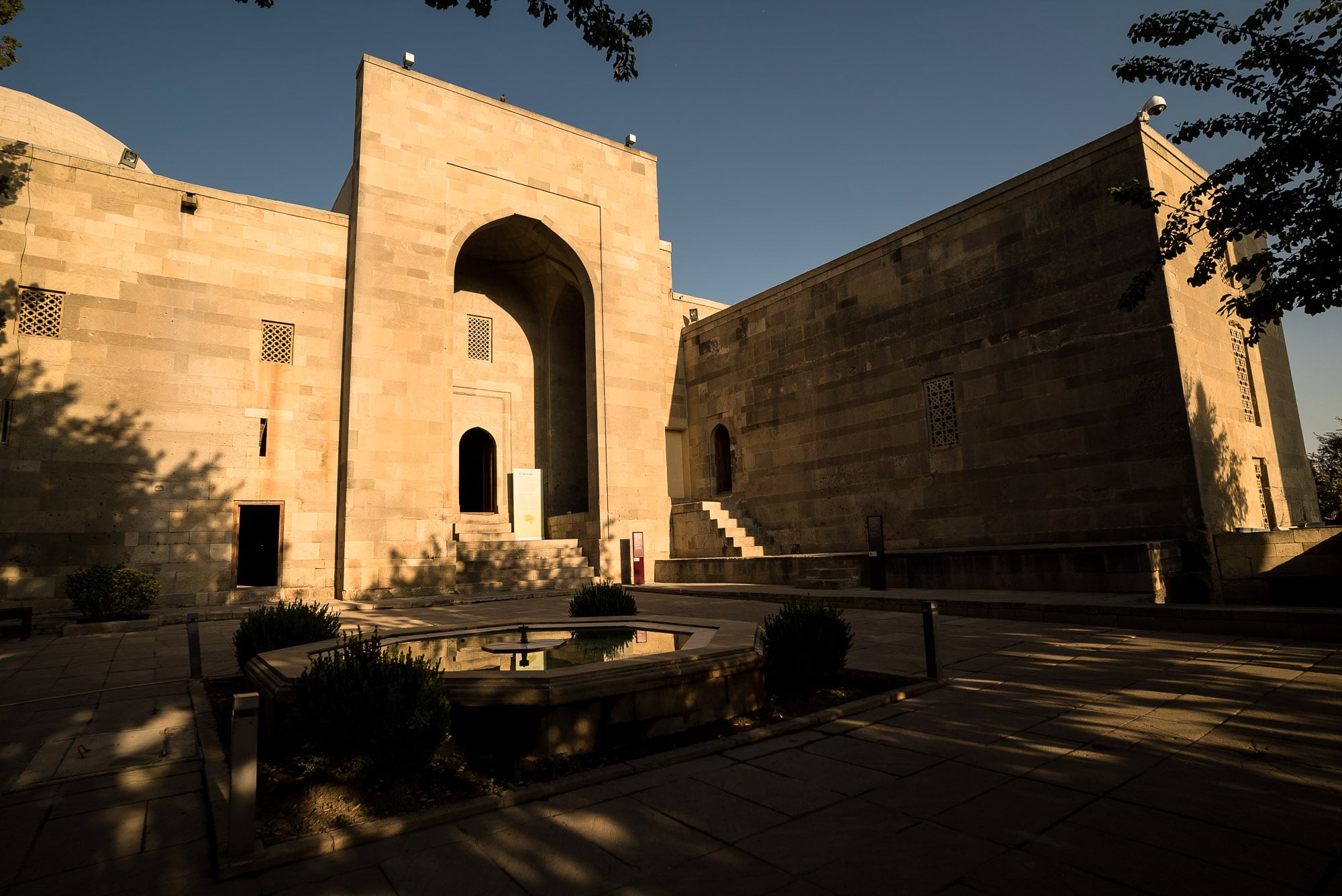 The whole place looked like it had been thoroughly reconstructed, so I was happy to find that this little mausoleum in the back still showed some scars of time, some traces of imperfection: 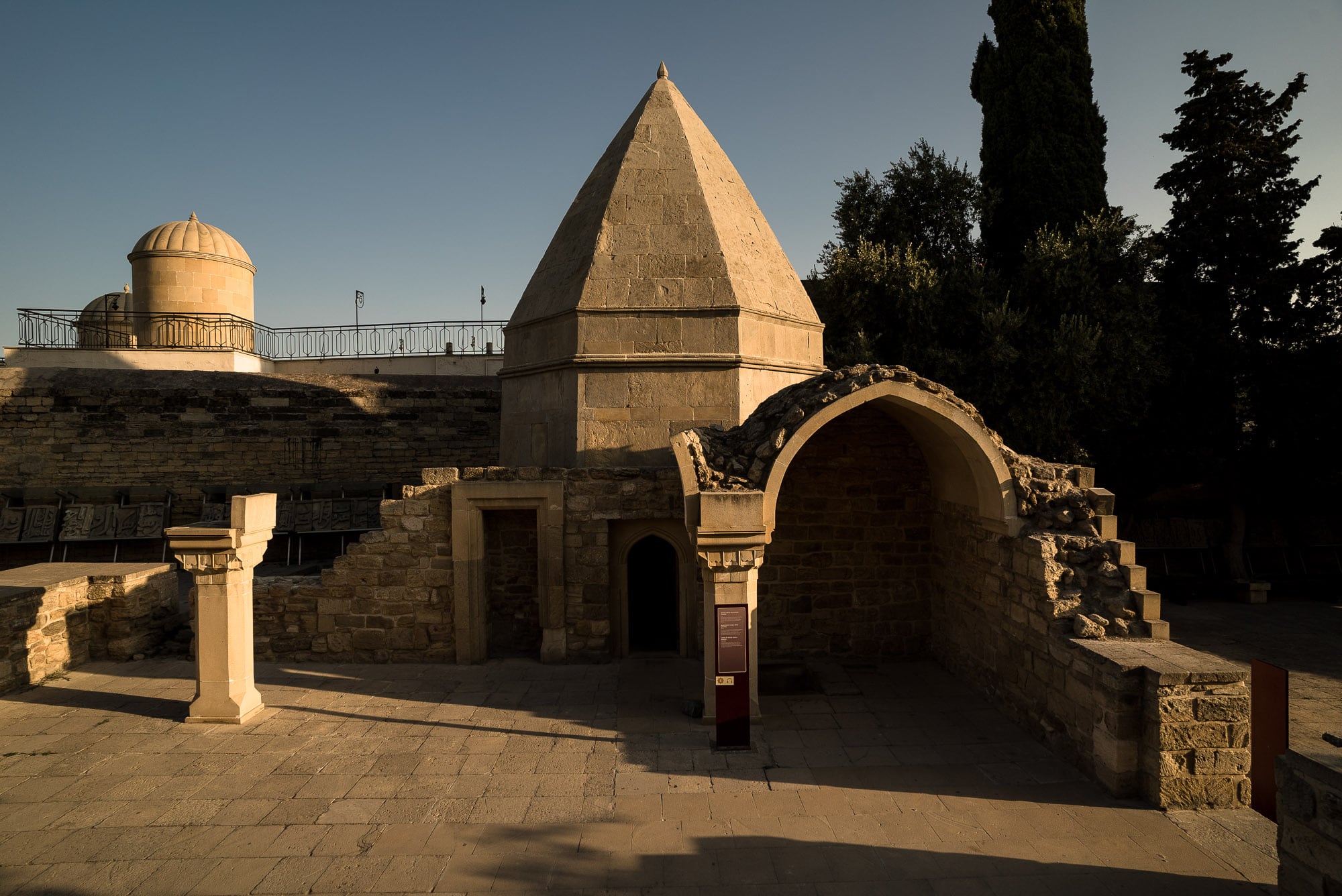 The tentacles were always there, reaching into the sky: 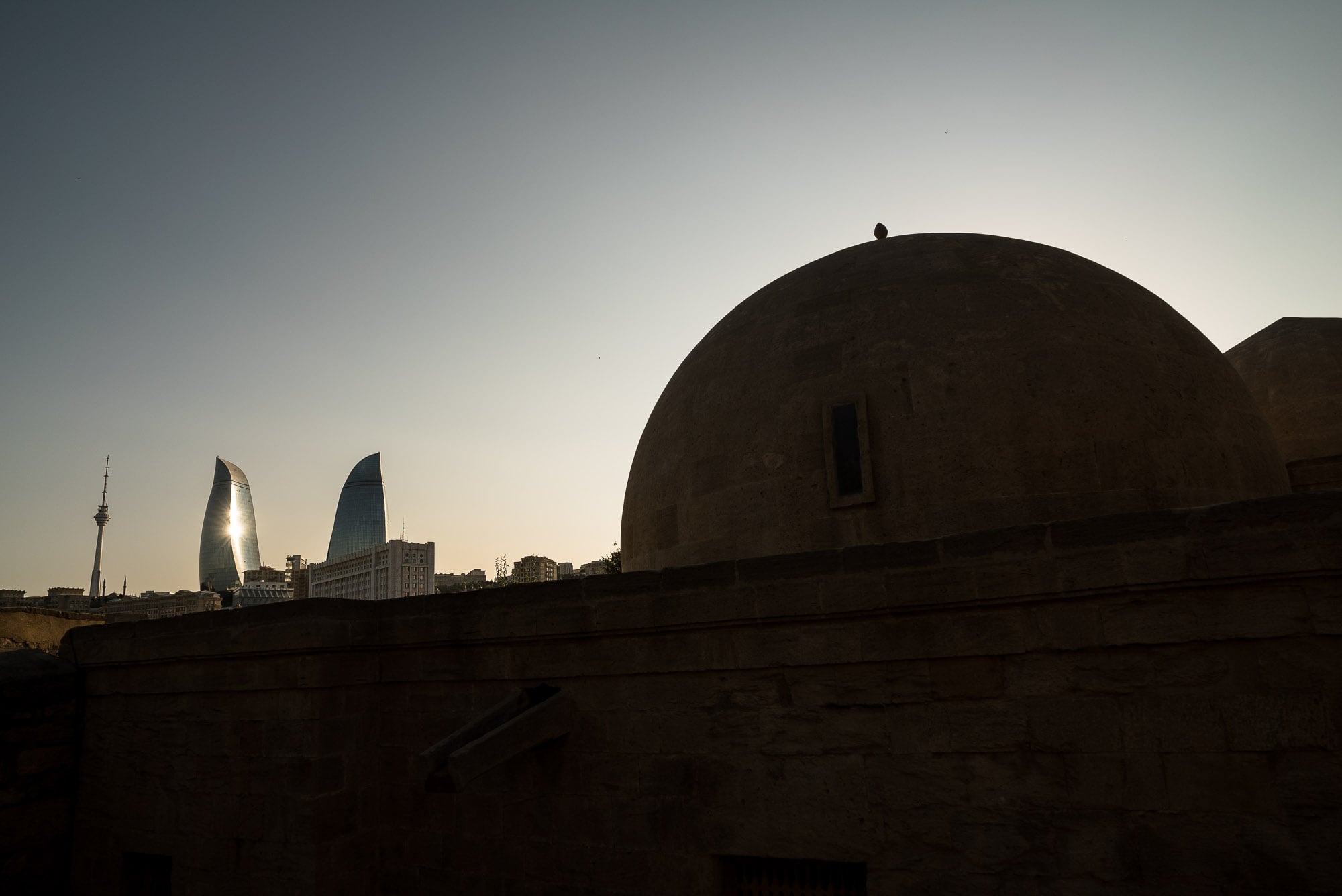 Then I went to a suburb in the south, because I wanted to get new wheels for the Caboose: 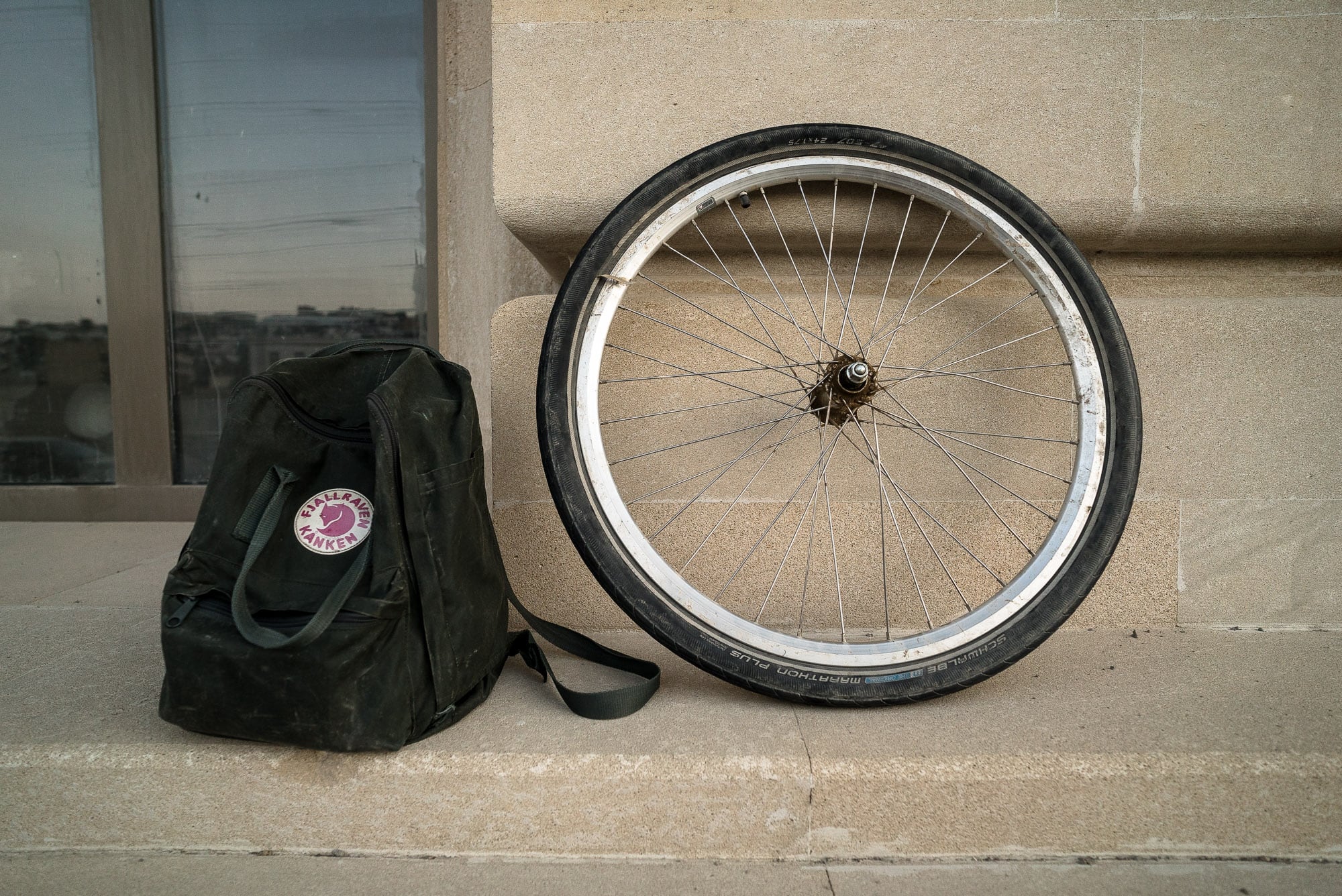 And by this I mean I didn’t want to get them fixed, I wanted new ball bearings, new spokes, new tyres, new everything. But the owner of the bike shop said this would be a bit difficult to find (I wanted Continental or maybe Schwalbe), because my wheels were 24s.

So I found myself in the suburb: 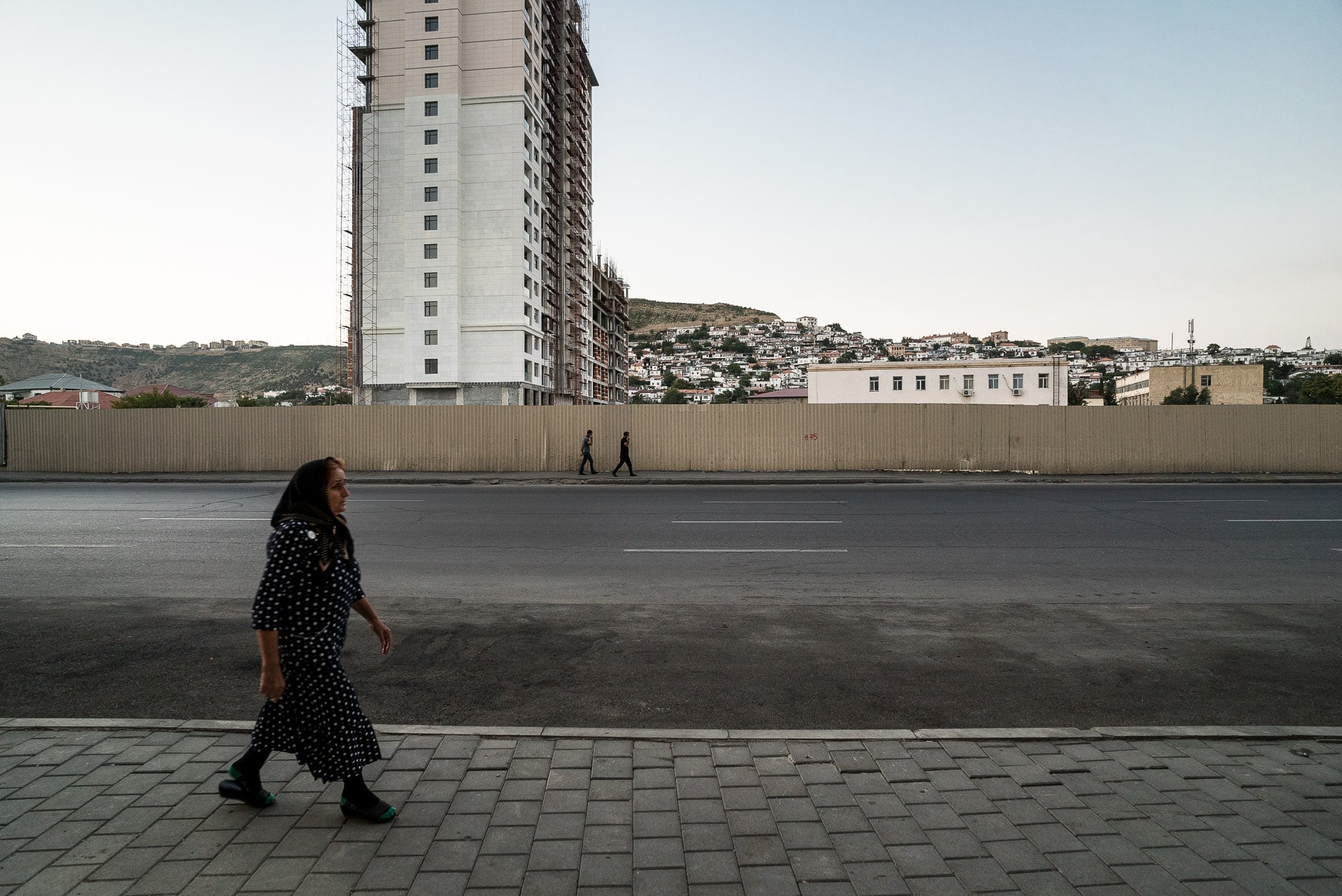 And since there was an art gallery, I decided to go there. It was okay. Some of the artworks didn’t speak to me, but others did. 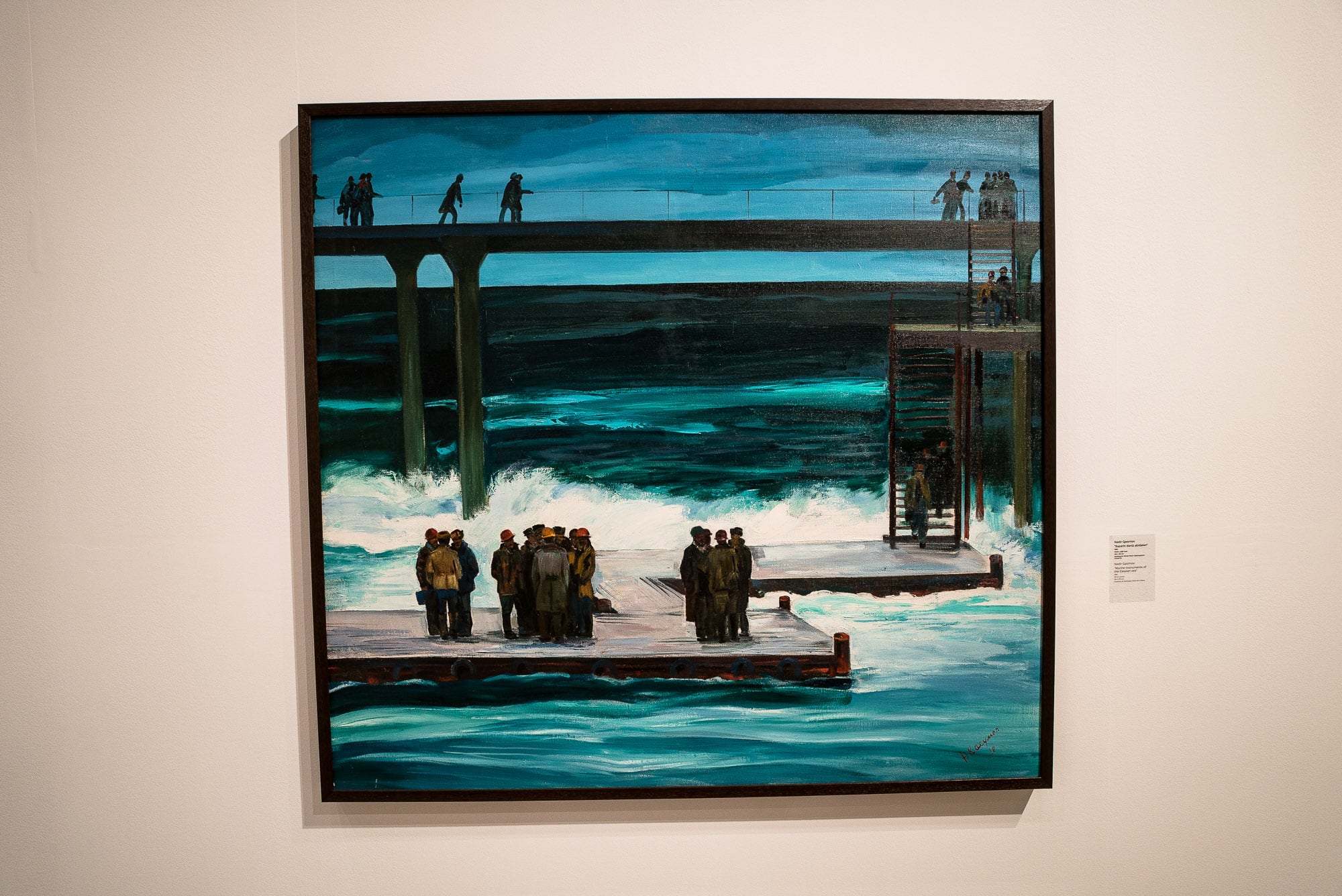 I don’t know why exactly, but maybe it was because I had walked around such a large part of the Caspian Sea. Either way, this painting spoke to me. The waves. The people. The different shades of blue.

It might not speak to you, but it spoke to me.

This reminds me: I watched a video the other day of some idiot YouTuber going off about how Contemporary Art “sucked”. He apparently liked realism more than abstraction, which is fine. But that wasn’t the point he was trying to make. His point was that contemporary art wasn’t to be considered “art” because there was nothing to it. Anyone could pick up a brush and draw a few lines, so wasn’t contemporary abstract art just a scam?

I remember my art teacher in high school giving a pretty good answer to this question.

She told us about a man who had gone into a museum somewhere in the Netherlands, armed with acid or with a knife (I don’t remember the details). Anyway, that man had attacked a piece of abstract art, and when police later questioned him he said that he wanted to destroy the piece because it wasn’t to be considered art. The fact that it was hanging in a museum had made him so angry that he had vowed to destroy it.

I remember my teacher looking at us, saying: “Art is about speaking to people. If a bit of paint on a canvas can make someone so angry that he goes into a museum and commits an act of vandalism only to get rid of it, then isn’t this adequate proof that this is to be considered a strong piece of art, if only for this one particular person?”