Imagine being a mouse and sleeping in the exhaust pipe of a parked vehicle. That’s what it felt like for me last night. It wasn’t that good.

I slipped quietly out of the truck repair shop: 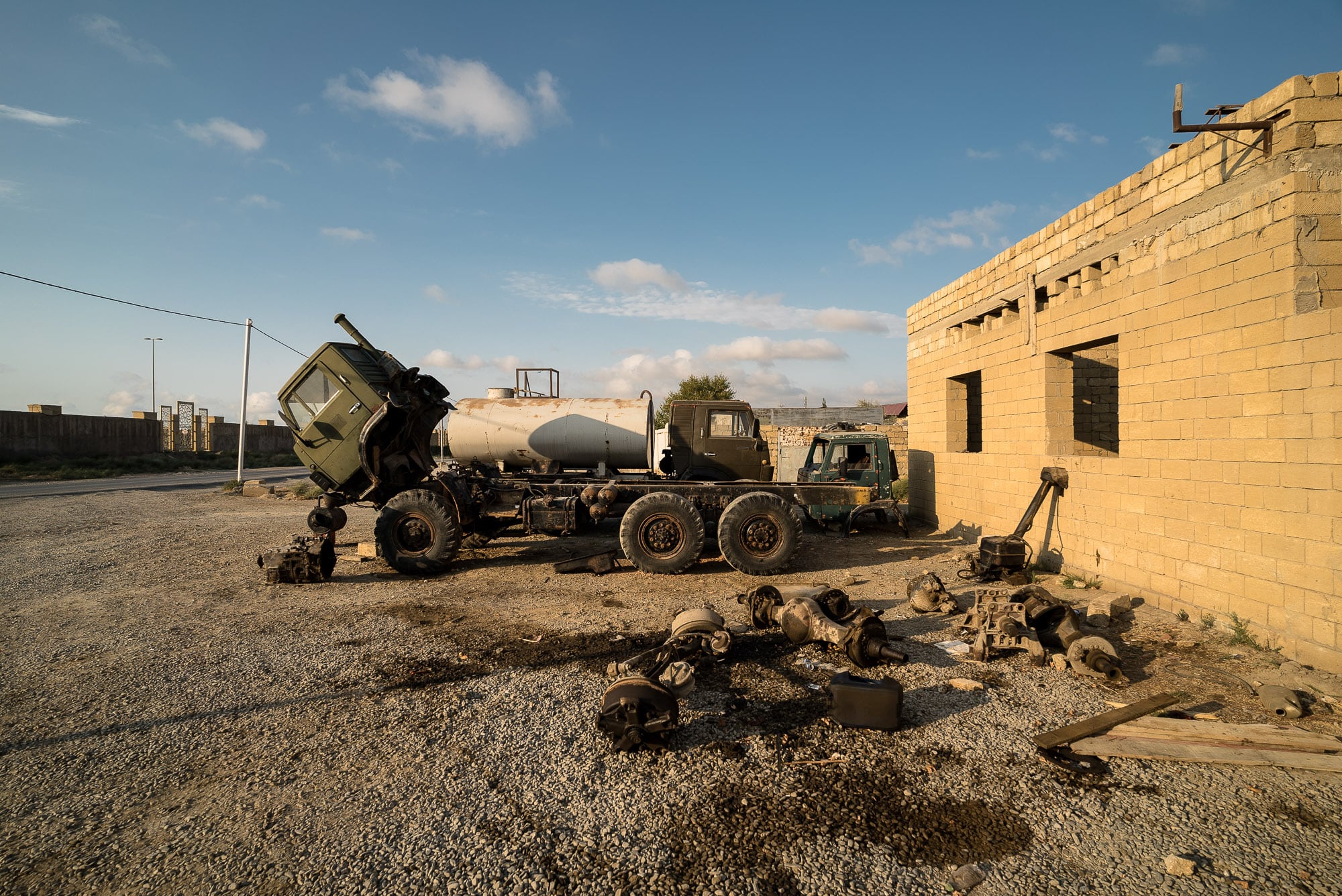 And then I was in the semi-desert again: 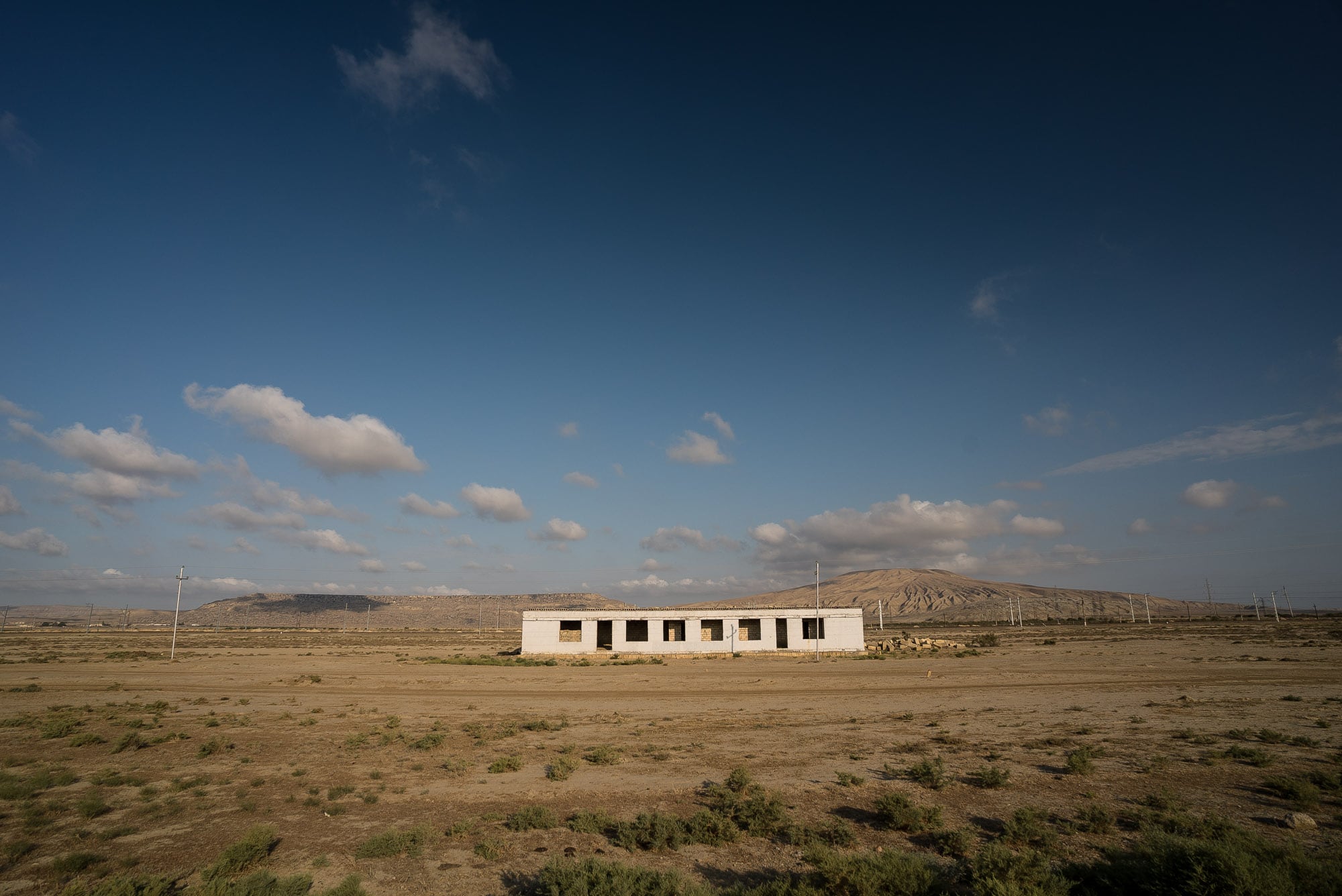 Sadly, there was no other way but the highway: 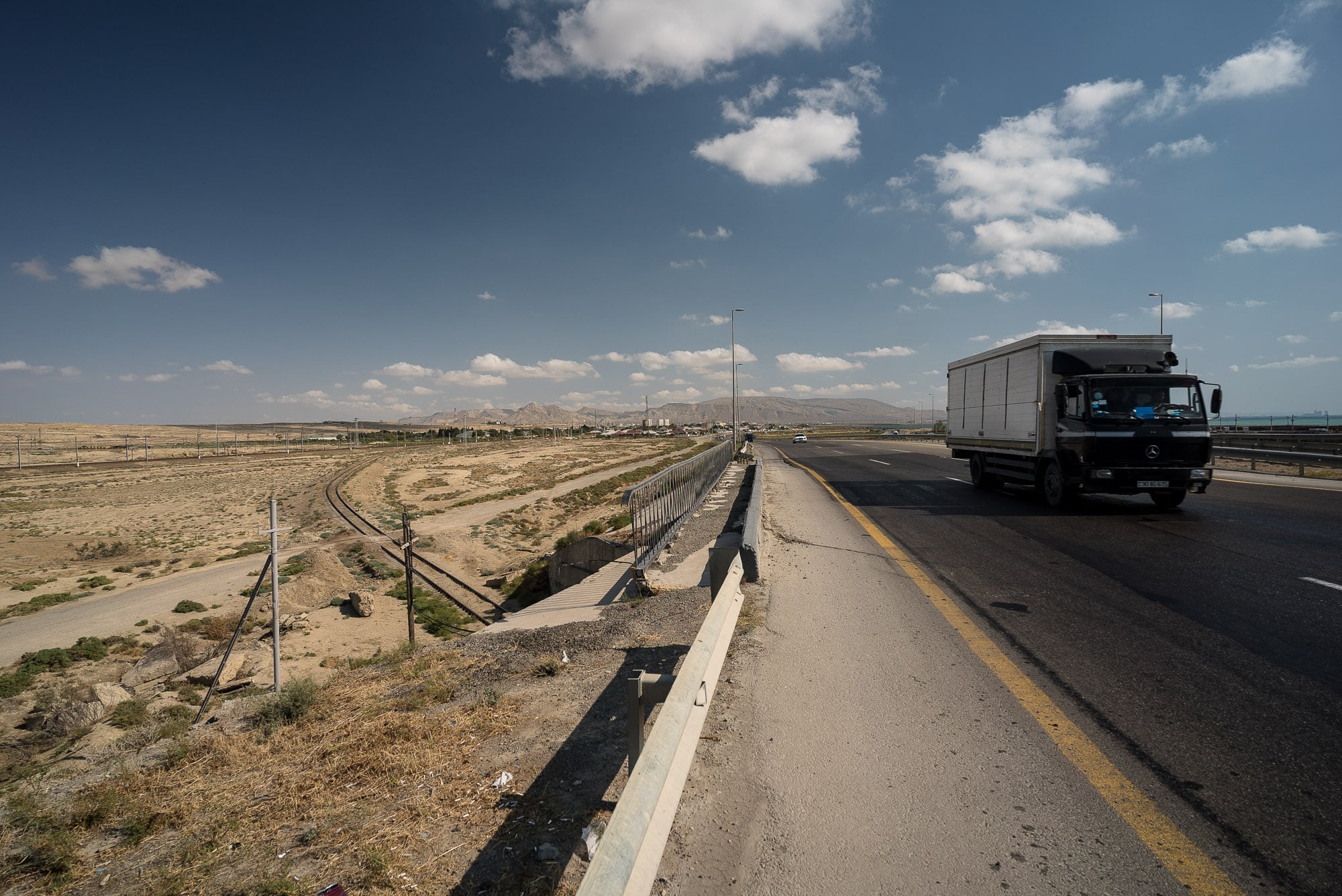 Sometimes I would glance across the road and see tall structures on the other side of the bay, and I would wonder if that was actually Baku: 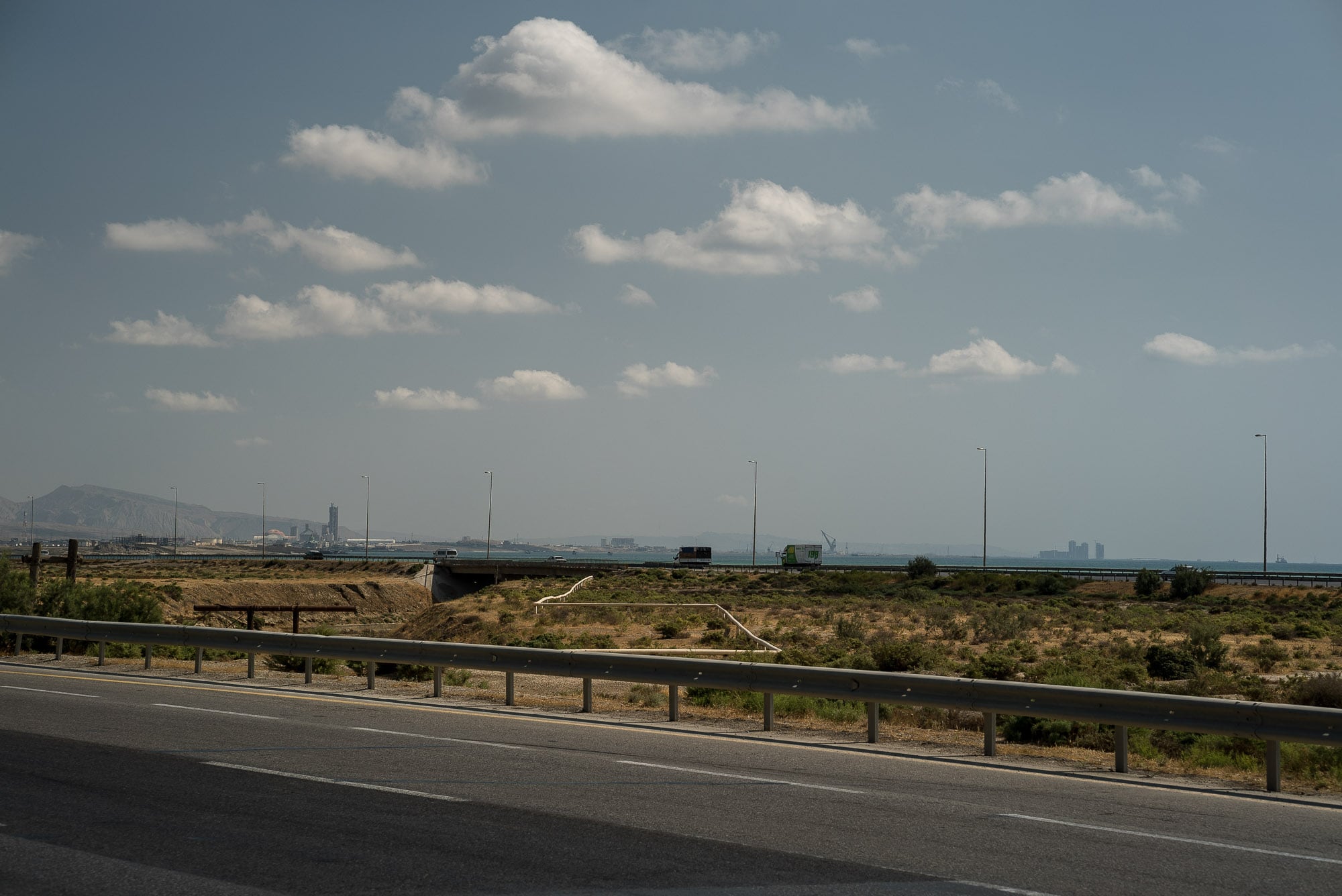 And one time I saw an old building that was designated as “old caravanserai” on the map, but I found no way to get there: 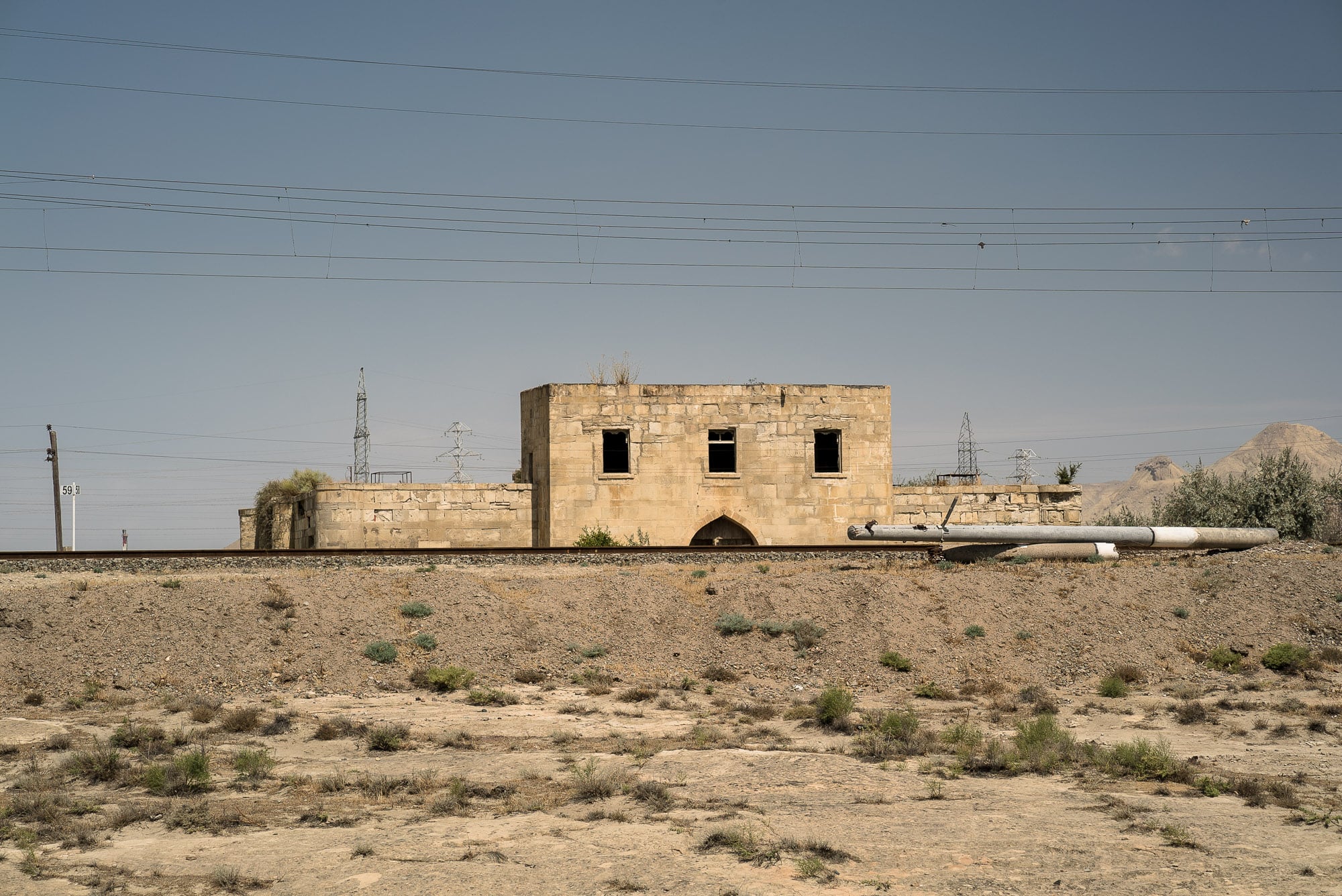 Or maybe I was just being too lazy.

Most of the time it felt as if Baku was throwing cars at me: 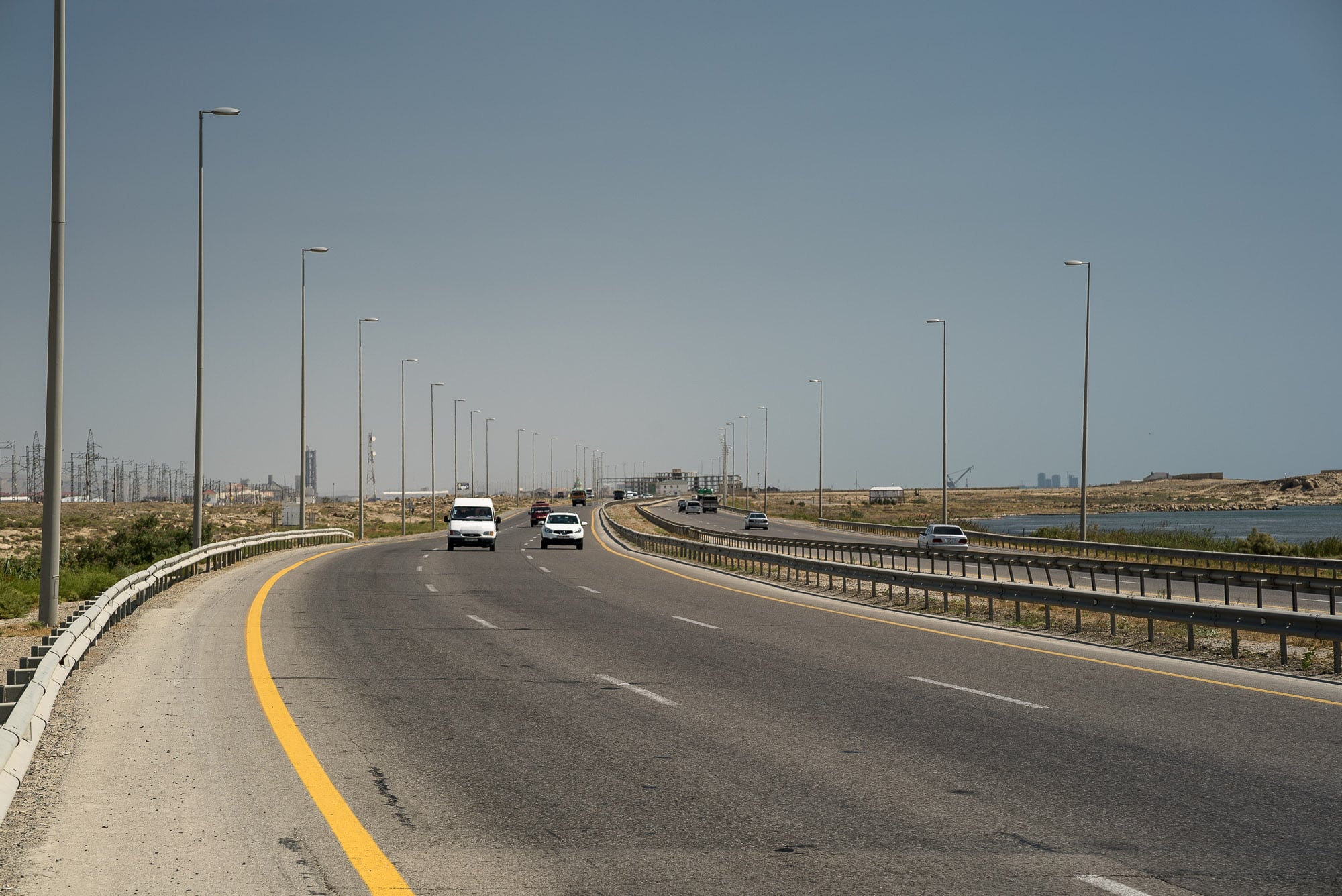 The highway ran very close to the shore, and sometimes there were buildings squeezed in between them: 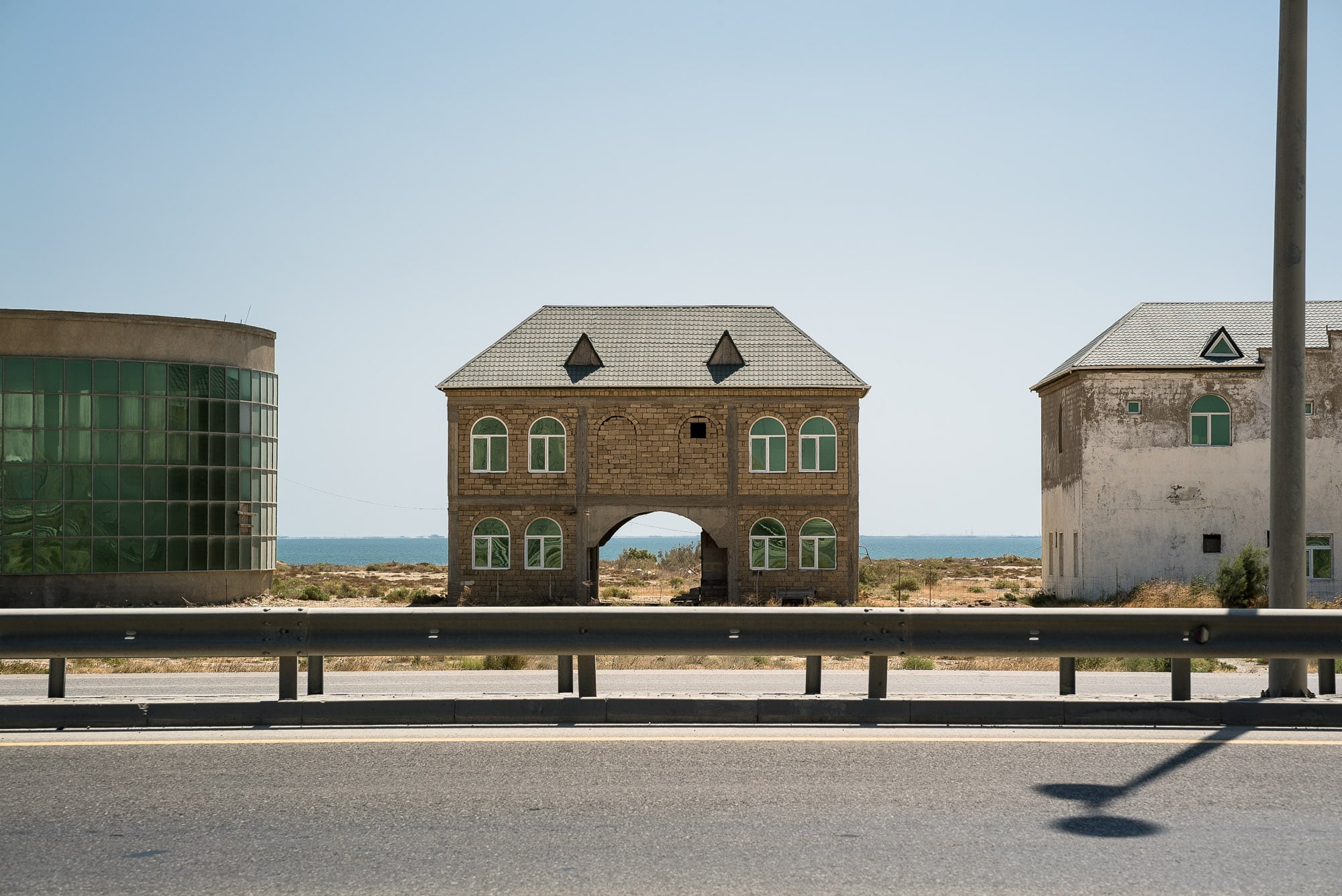 Sometimes even large apartment blocks full of people who would have to listen to the sounds of the highway all the time: 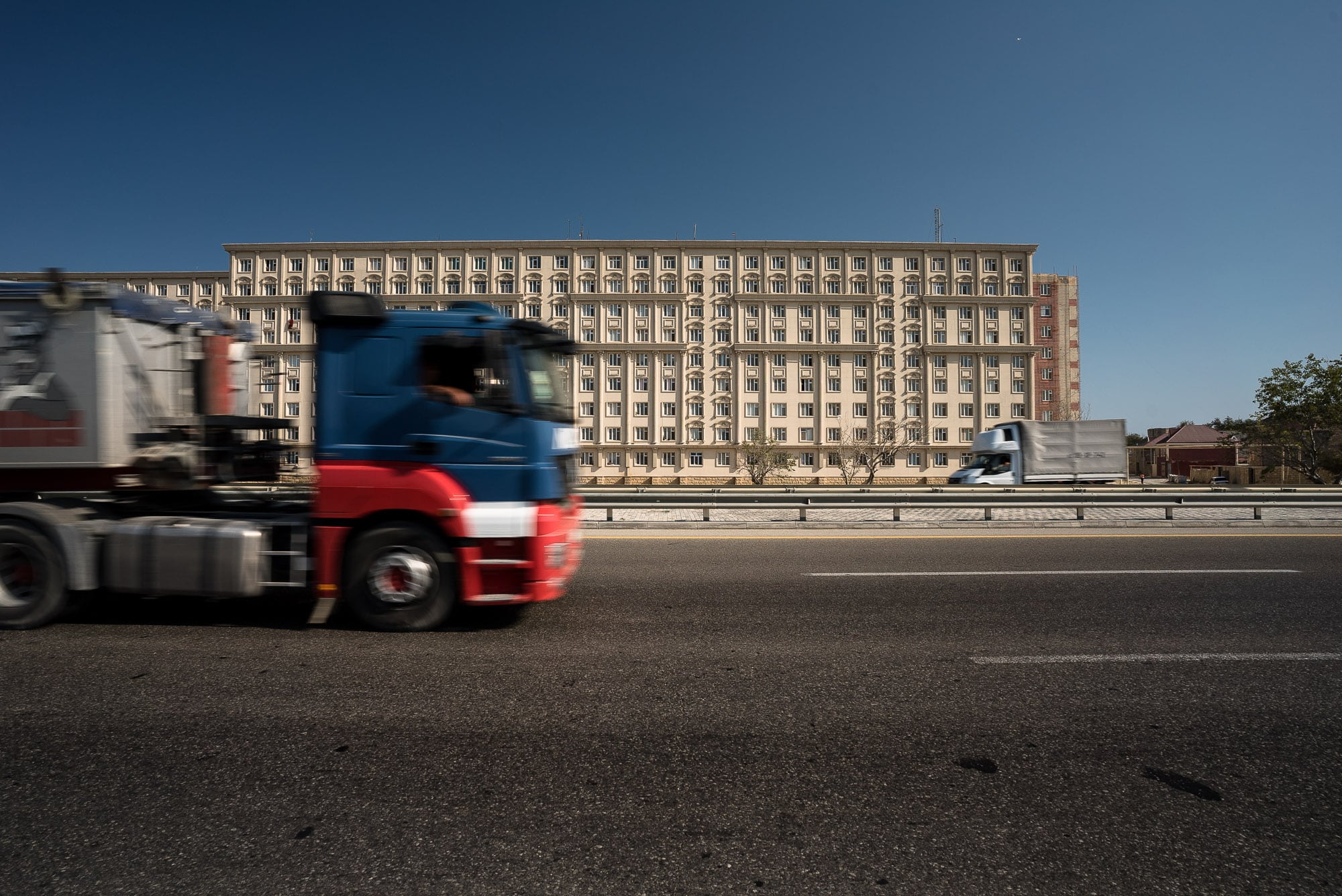 But most of the residential areas were a bit more remote, hugging the hills in the distance: 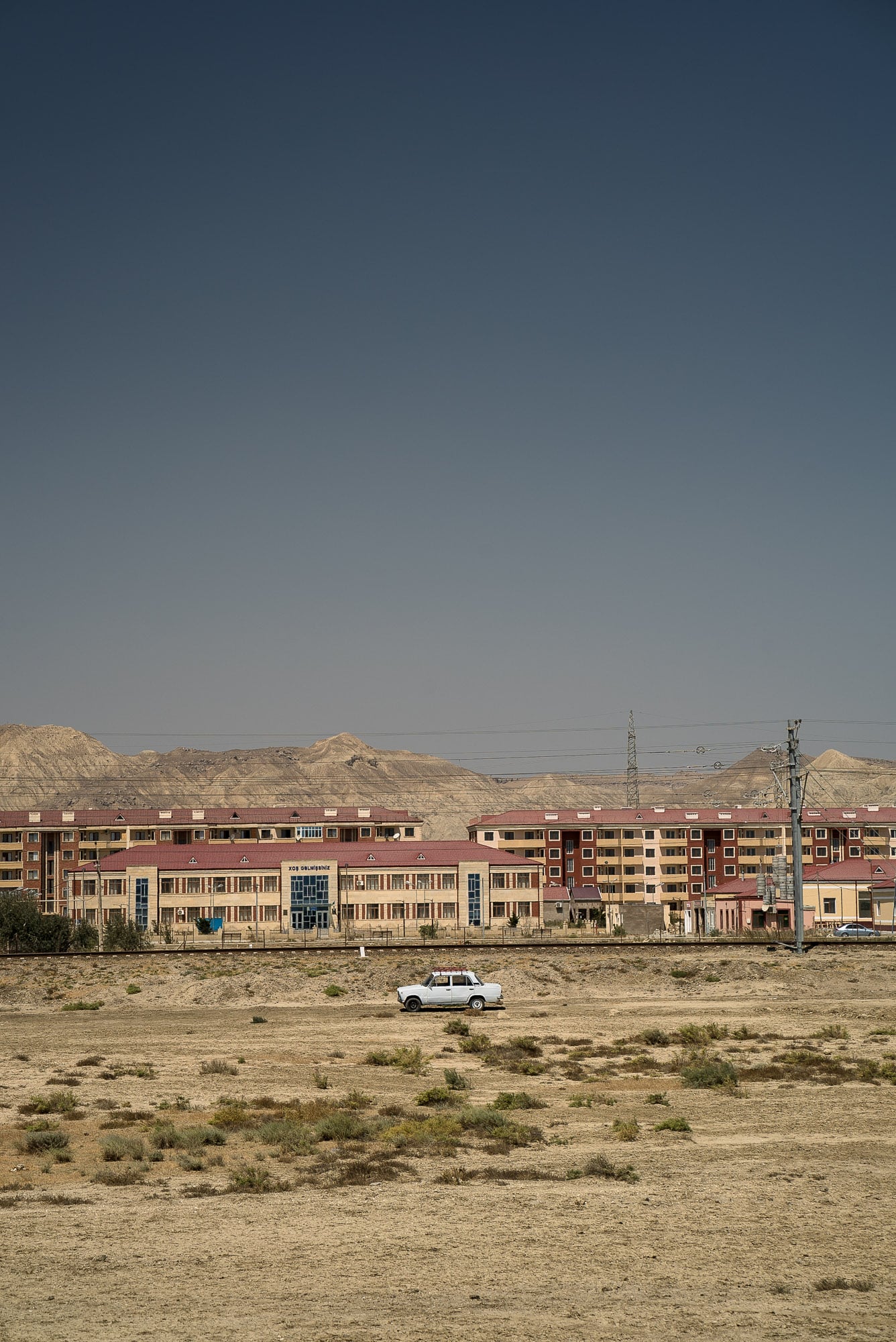 There wasn’t much to see and no one to talk to. When I found this little feisty flower I picked it and put it in my notebook: 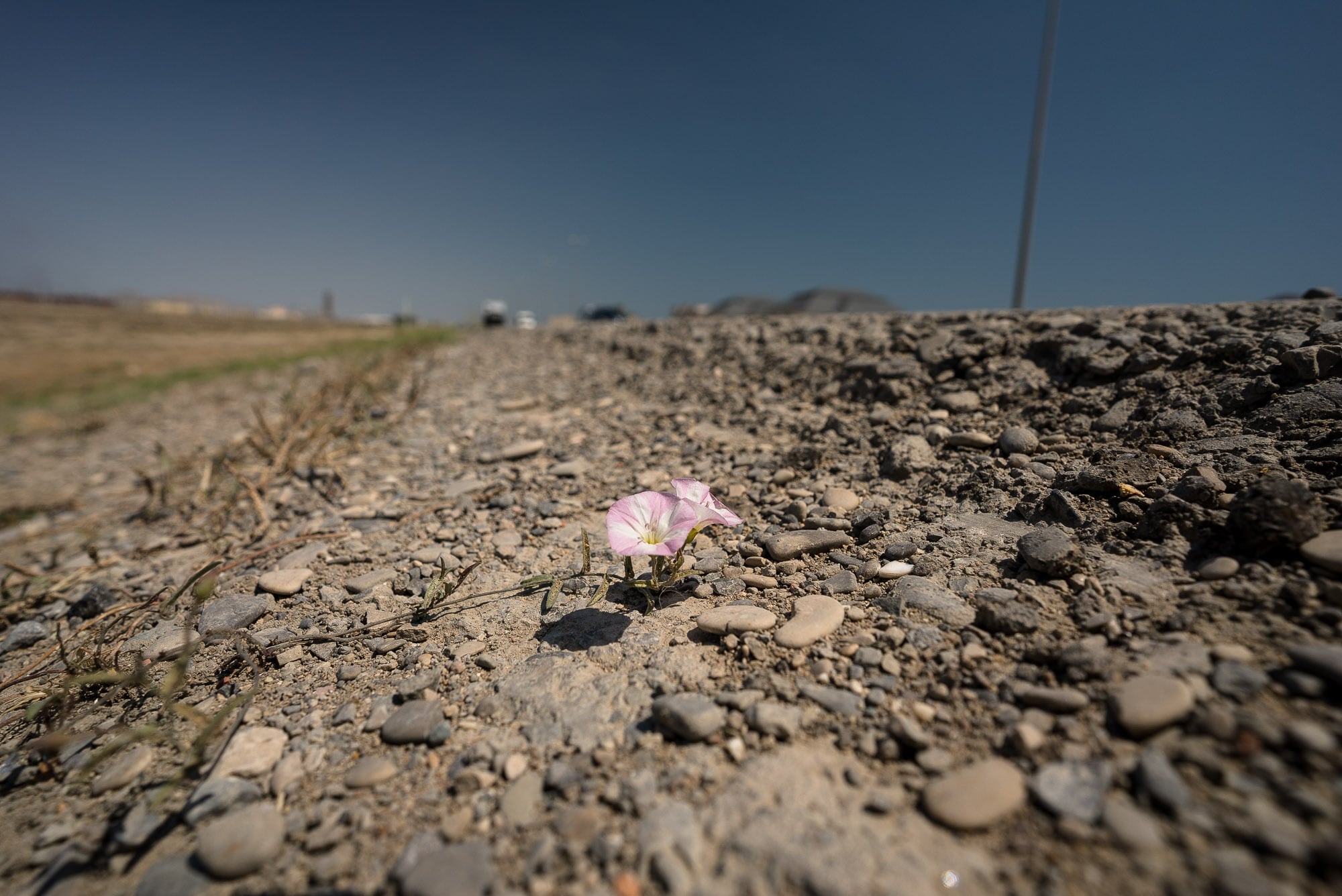 Better than it eventually being crushed by someone’s tyres?

I left the highway in the evening light, entering an industrial zone where I had somehow managed to pre-book a hotel. Between tall fences, truck gates, and large assembly halls, a cow greeted me: 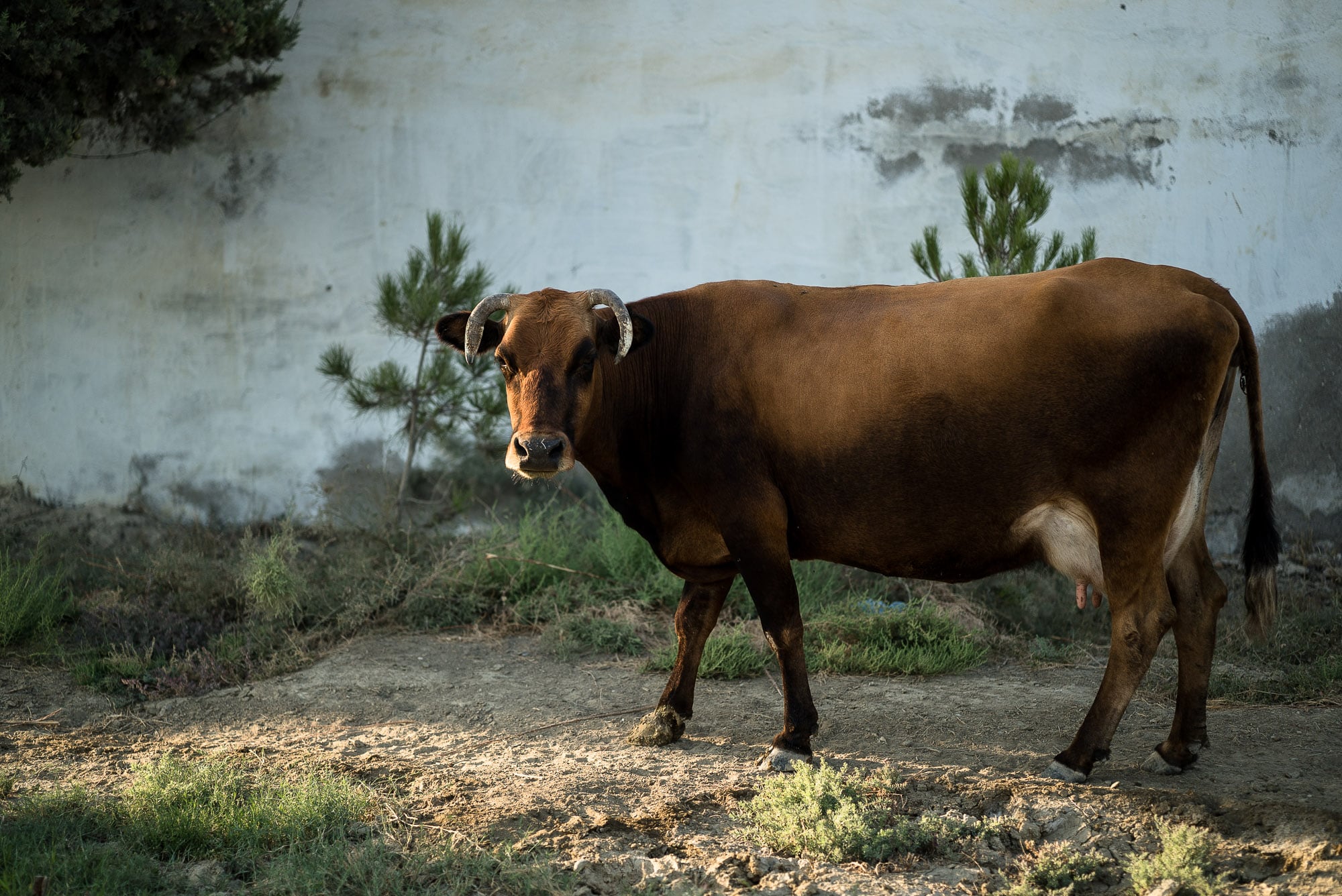 And then I found the hotel: 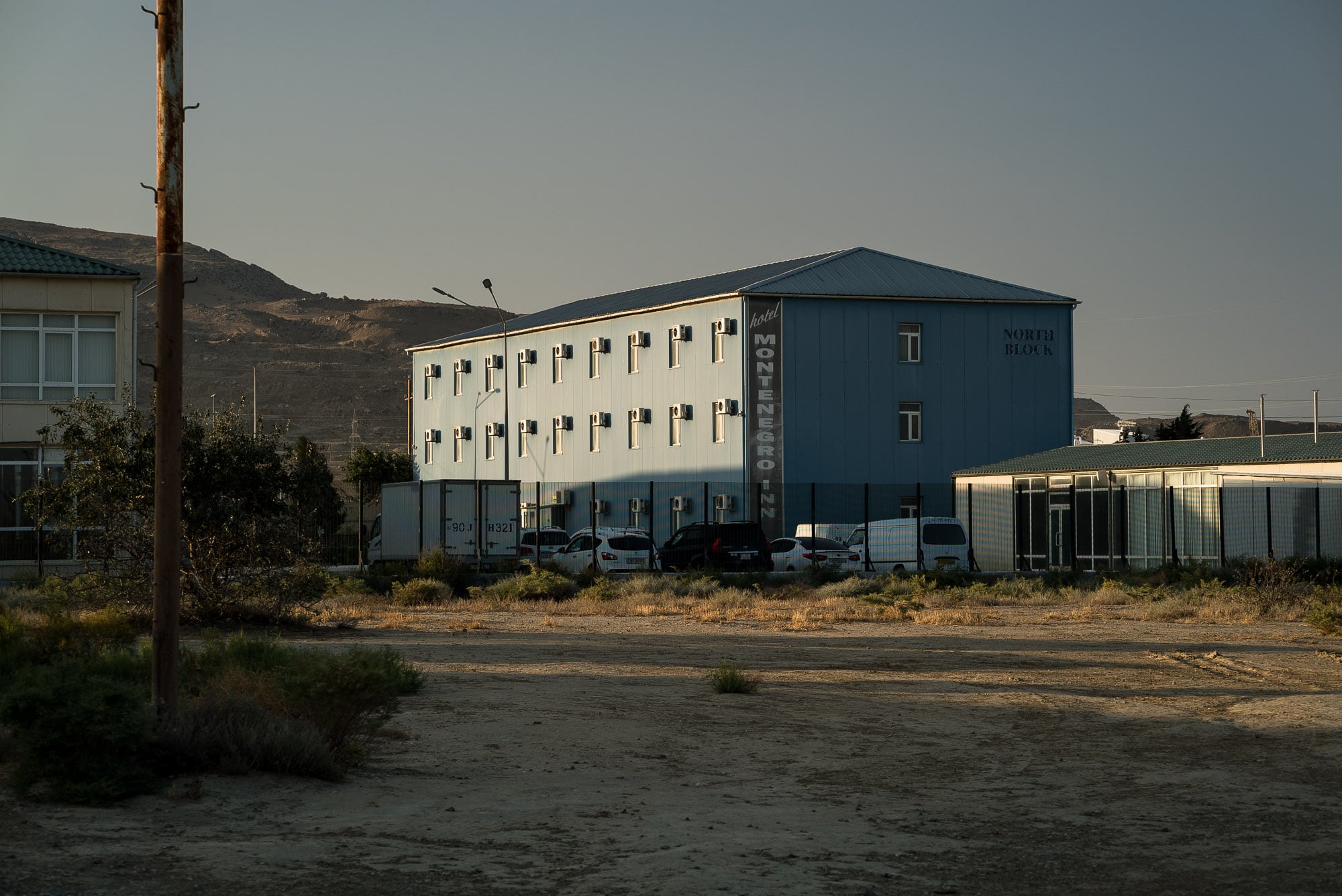 It was called Montenegro, and it was mostly for temporary workers and factory visitors.

Day 1212
from Qobustan to Qaradagh