So there I was in Baku. One of the biggest cities in the region (2 million), one of the lowest-lying cities in the world (-40 meters), and the place where all the money was in Azerbaijan (a ton of oil-money).

Turns out Baku has some pretty cool tall buildings, like these here: 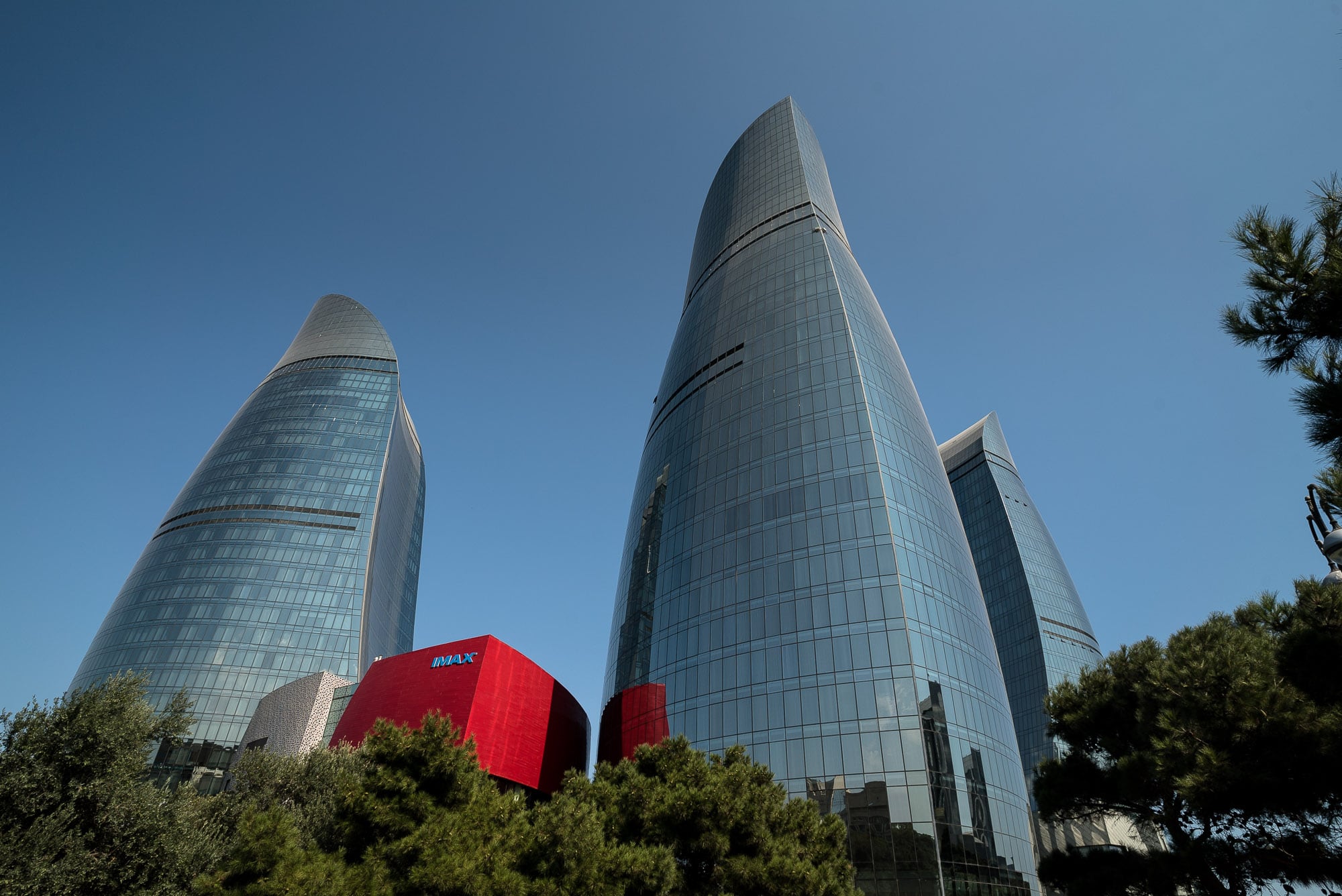 They are officially called “Flame Towers”, I guess. But to me, they would forever be just tentacles.

I liked them very much: 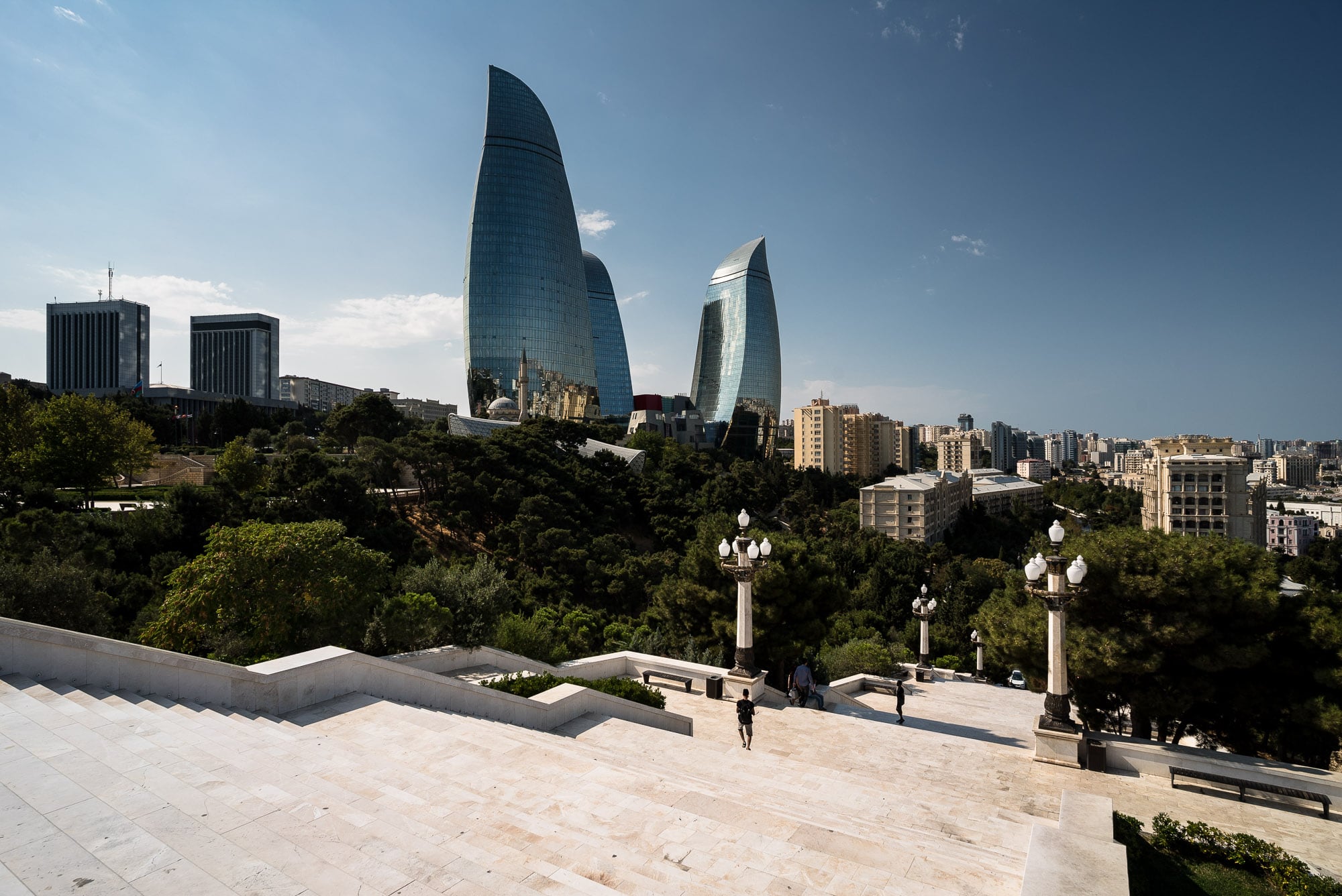 I walked around the place in a state of fogginess. This was due to yet another one of Baku’s attributes – according to hang-with-the-locals publications like the Lonely Planet, Baku was a super-duper party town. And so I had ended up going to a club called Sektor 8 the night before, and I had danced all night, surrounded by people wearing sunglasses (who seemed to be on drugs).

It had been a good night, and so I felt a little foggy.

There was a mosque near the tentacles, but I didn’t go in: 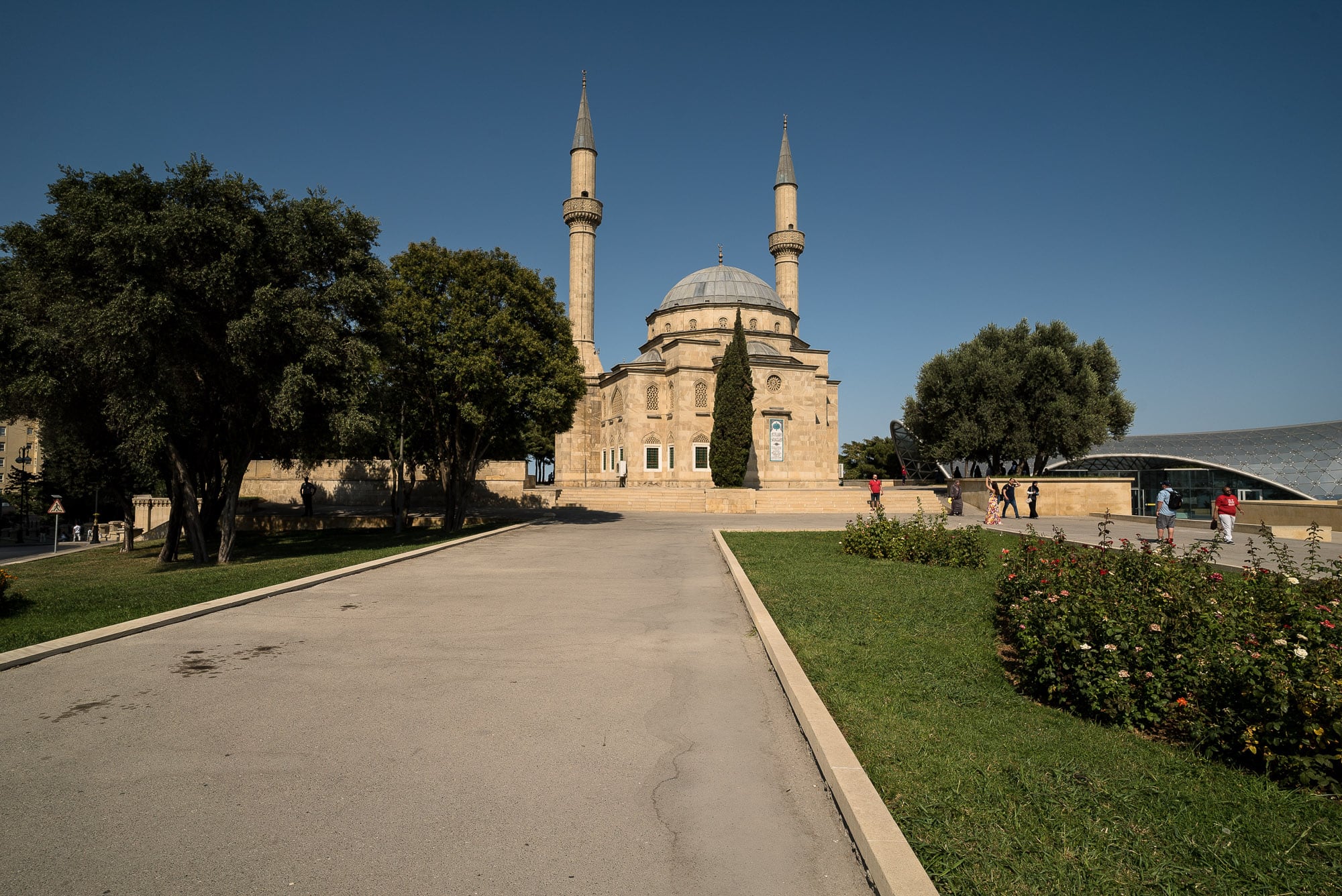 Instead, I hung out on top of a viewing platform and looked at the skyline: 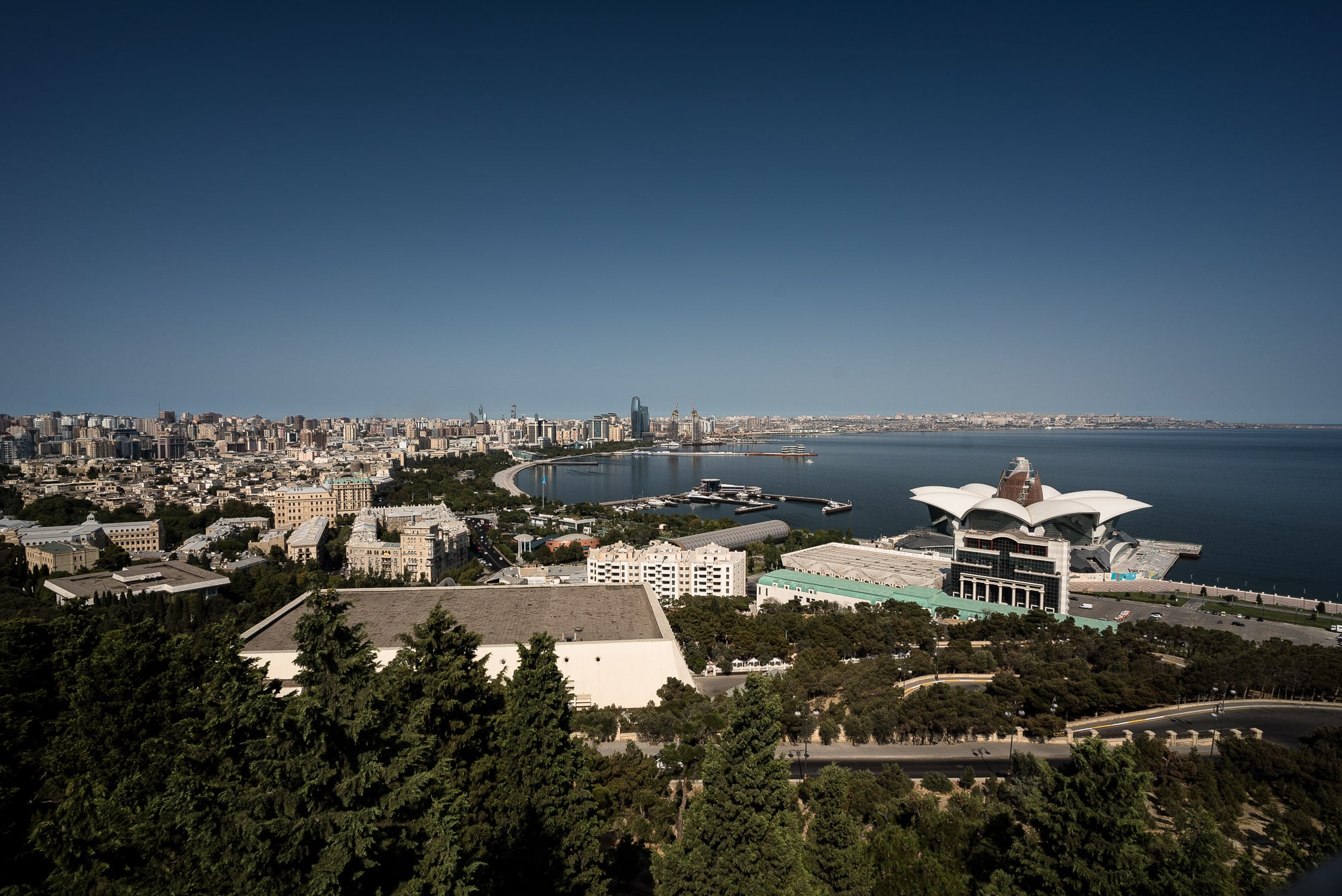 There were some Chinese visitors, and I listened to them talk about the development of the city: 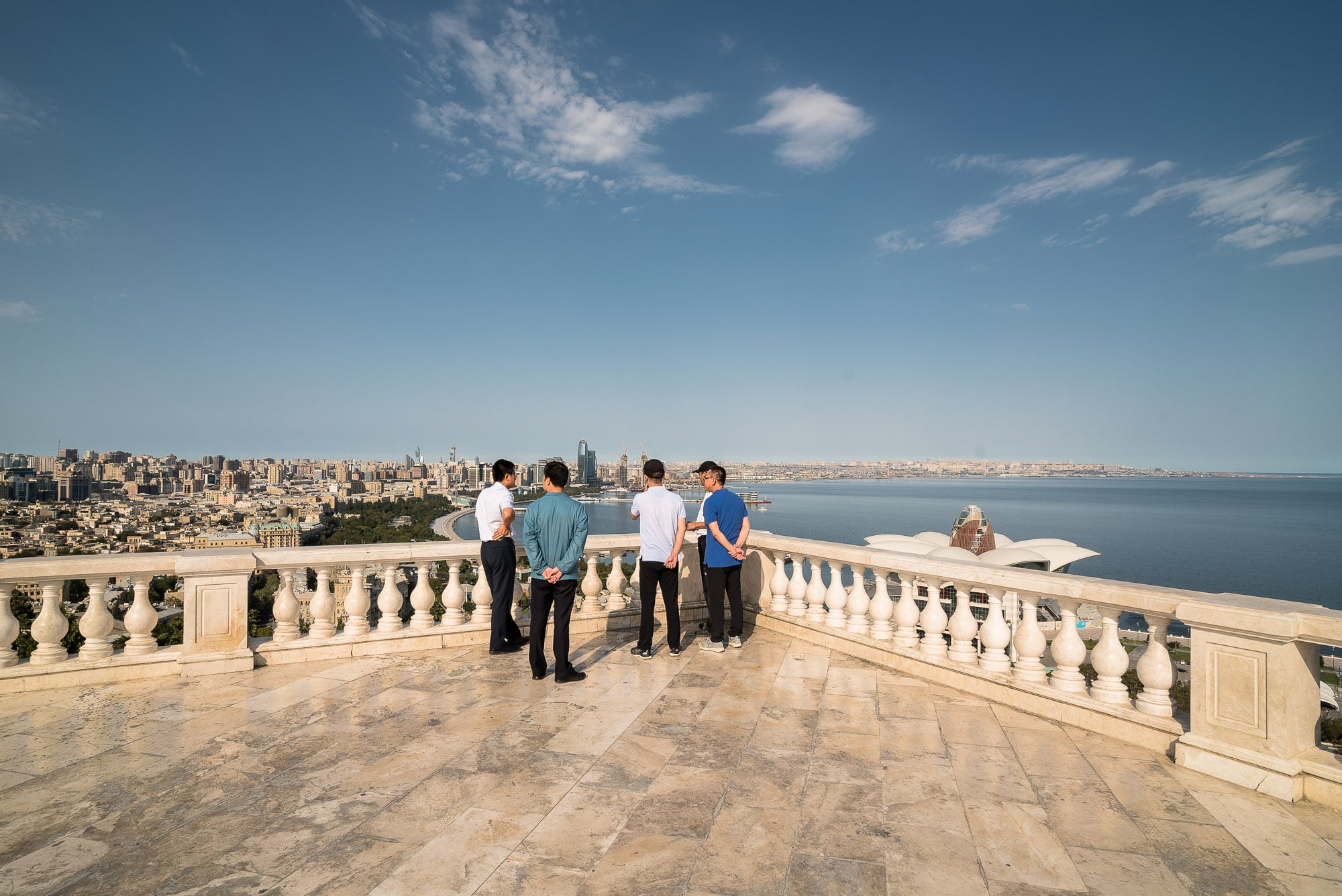 They sounded like they were talking about China, and I thought that this somehow made a lot of sense. The political situation seemed to be very similar, in Azerbaijan and in China.

A bit further on, there was a memorial for the dead of the Independence Movement of 1990: 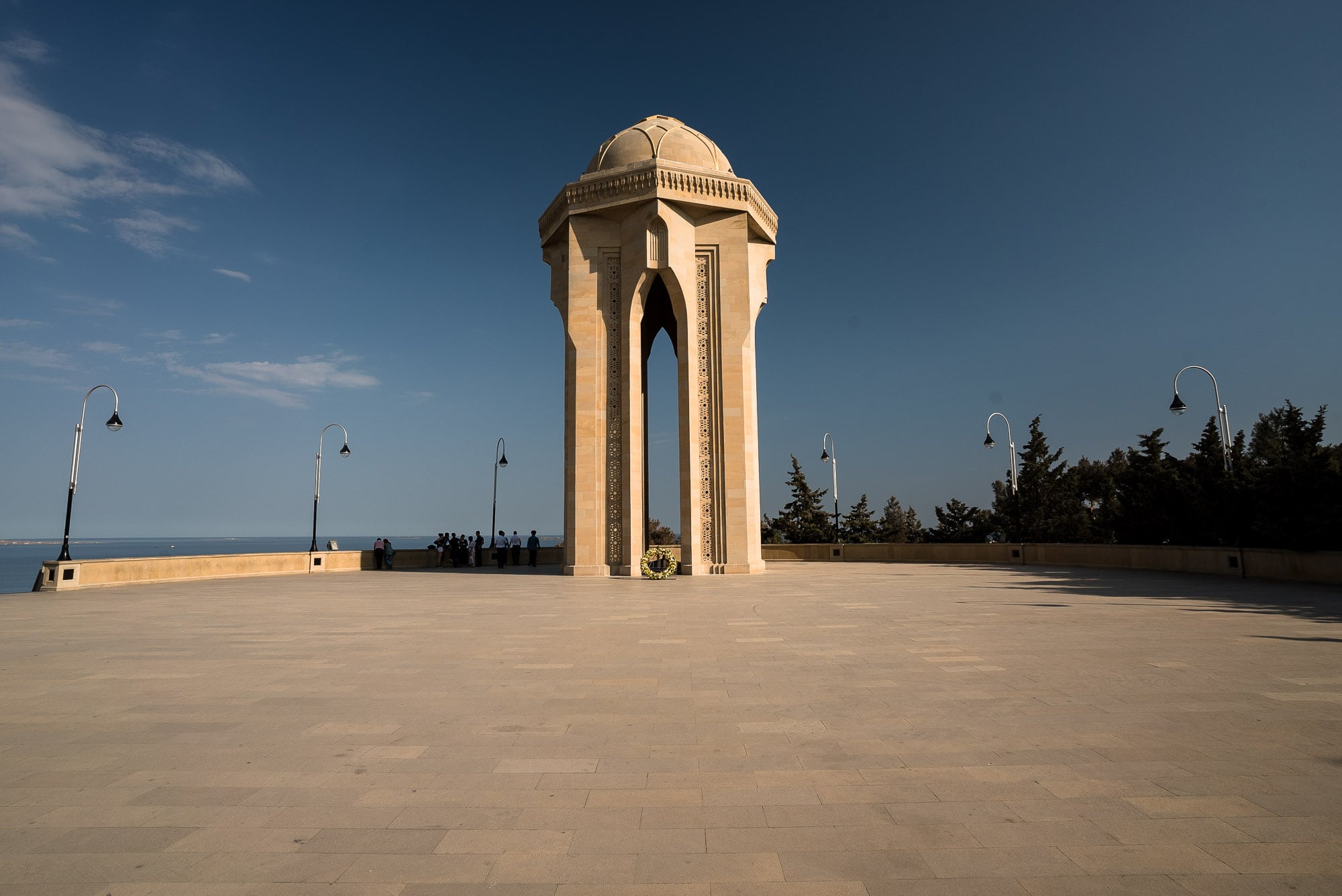 They had been crushed by the USSR, and those whose names had somehow remained unknown had little roses on their graves: 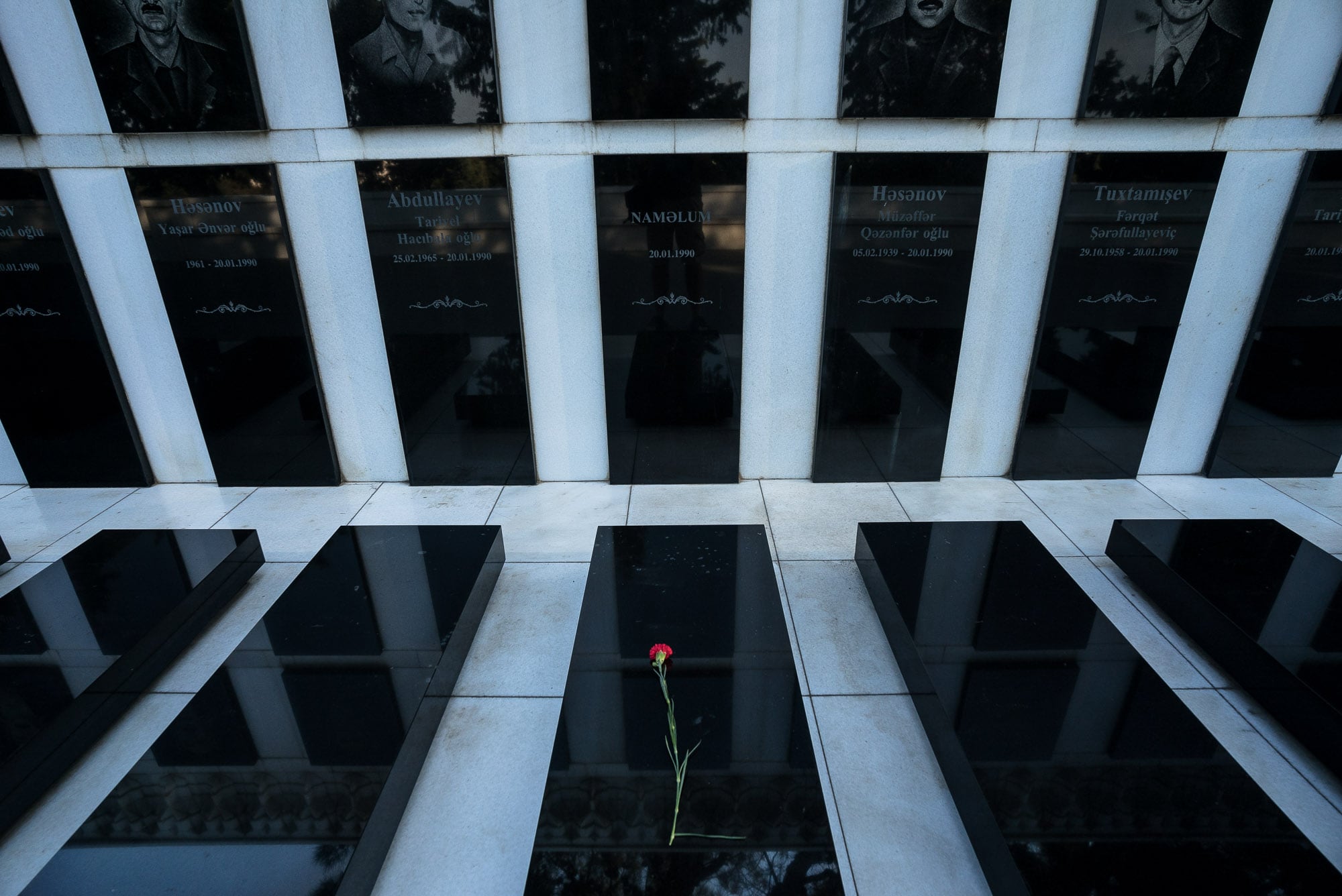