After what can only be described as a perfectly peaceful night, I woke up well-rested and thanked Ildar, the owner of the restaurant “Tabriz”, for his hospitality: 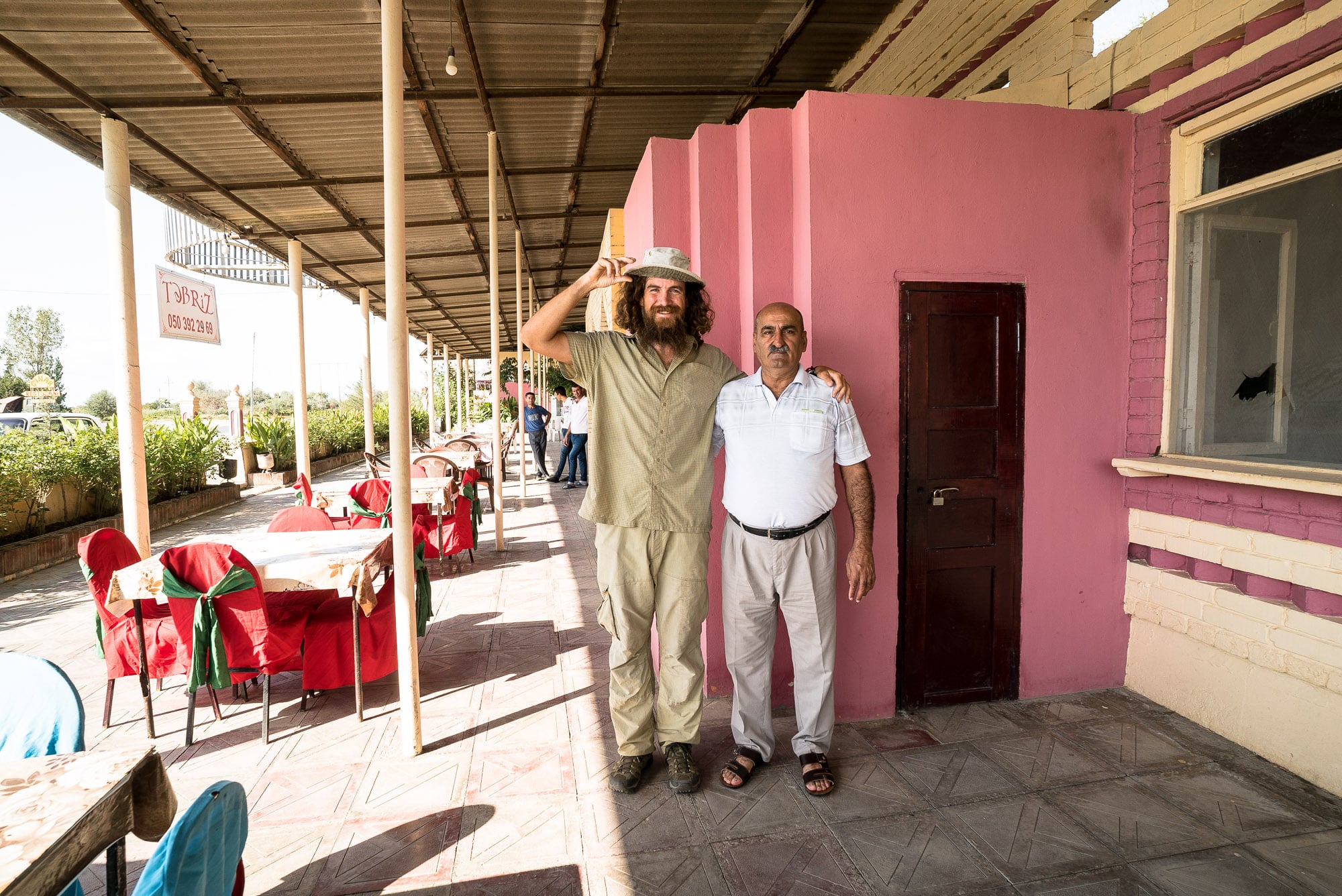 Then I continued along the old highway, thinking that it would probably last forever: 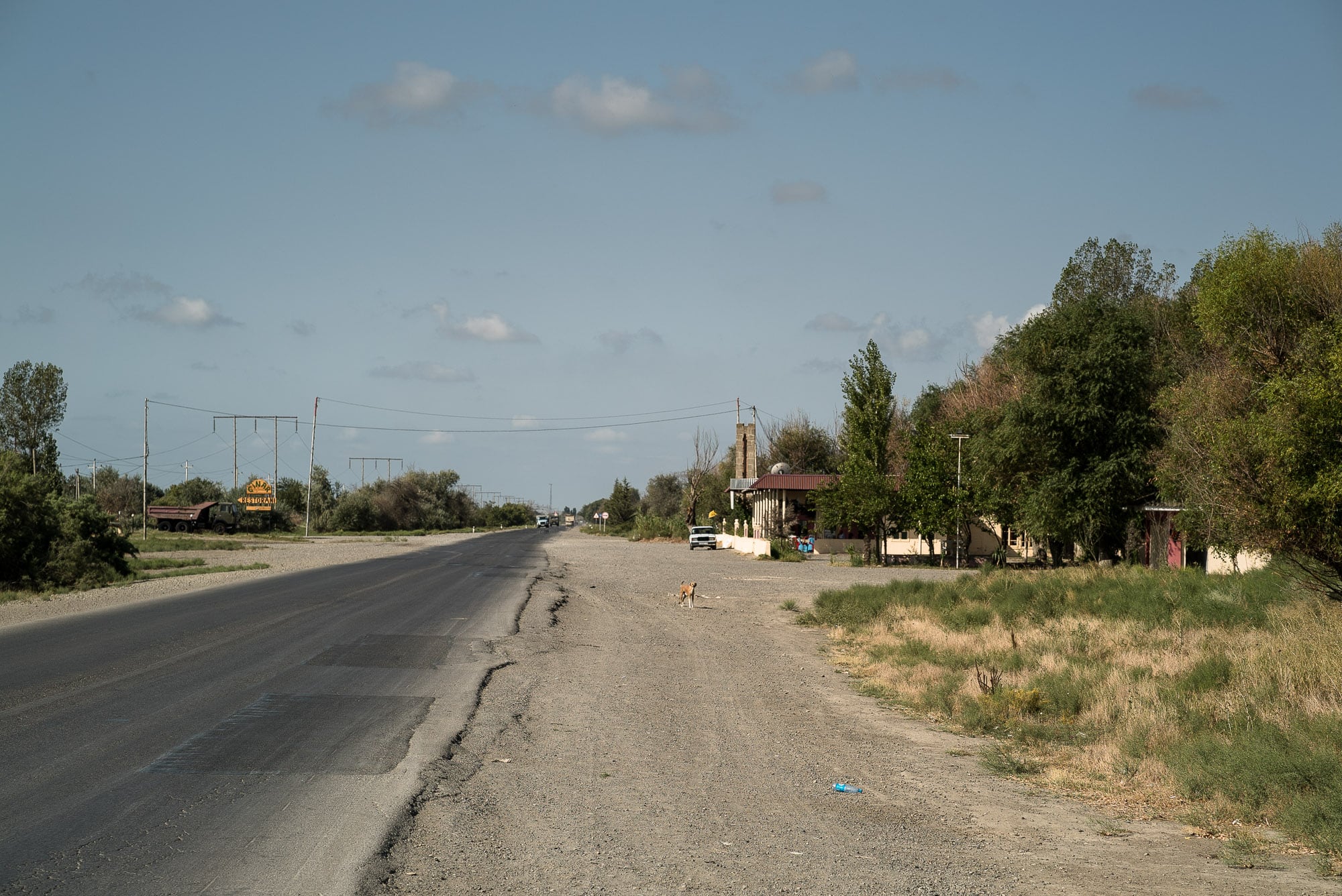 But of course it didn’t. The old highway ended somewhere in a fenced area.

These two gentlemen helped me bend the fence so the Caboose and I could slip through: 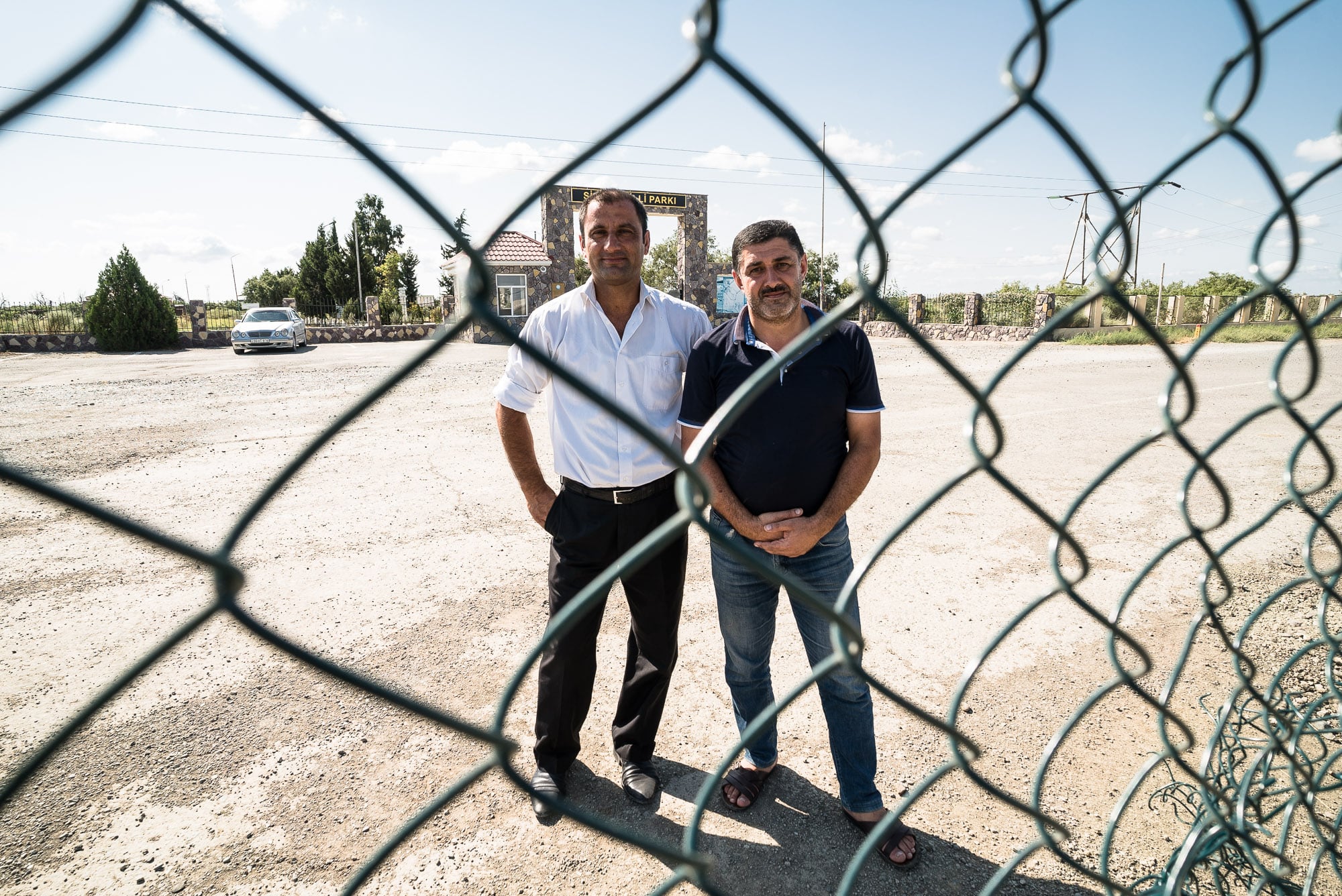 Then we were back on the new highway: 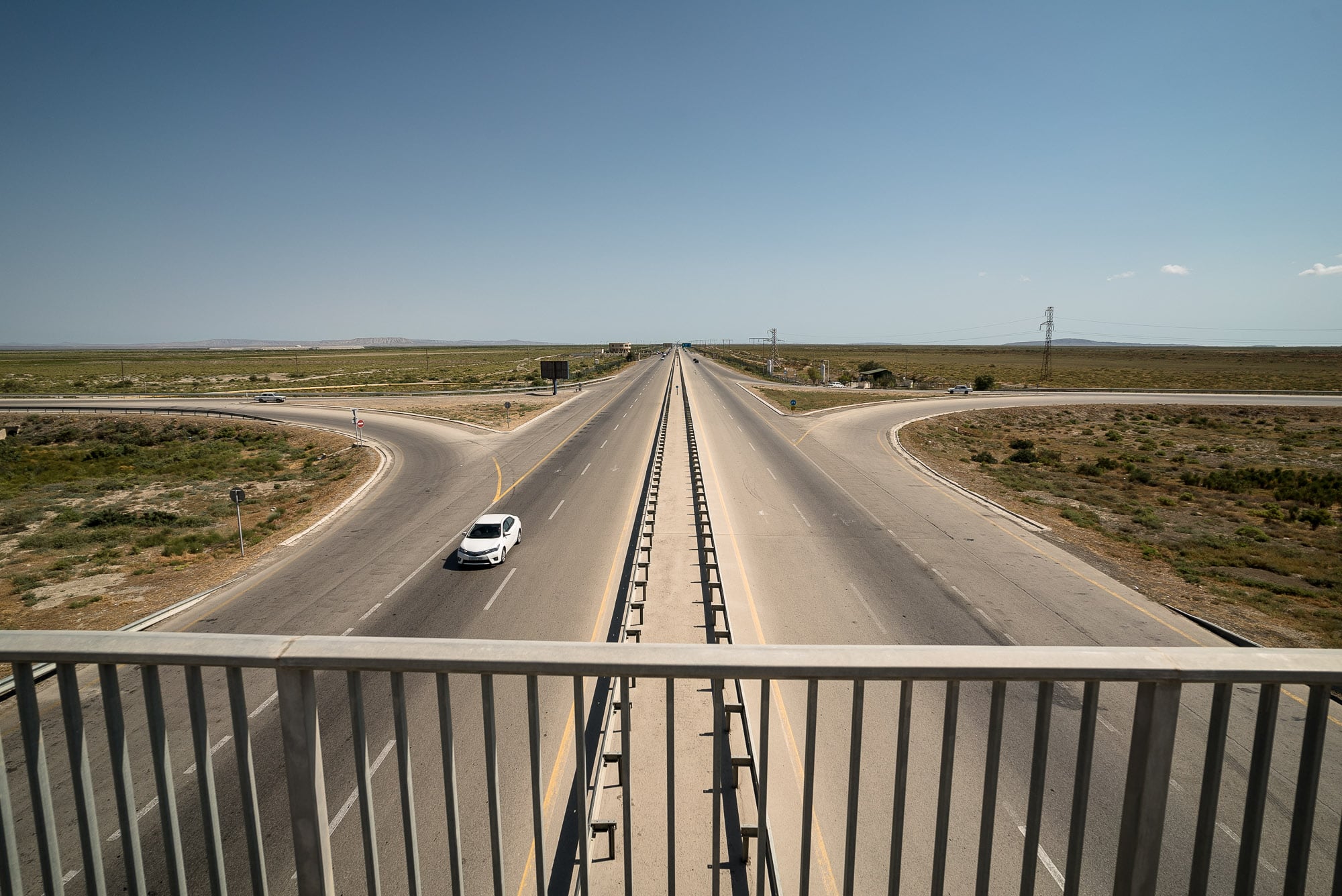 It was a miserable place to be walking – hot, loud, with no shade for hours. Sometimes I would notice vehicles that looked like they had been abandoned: 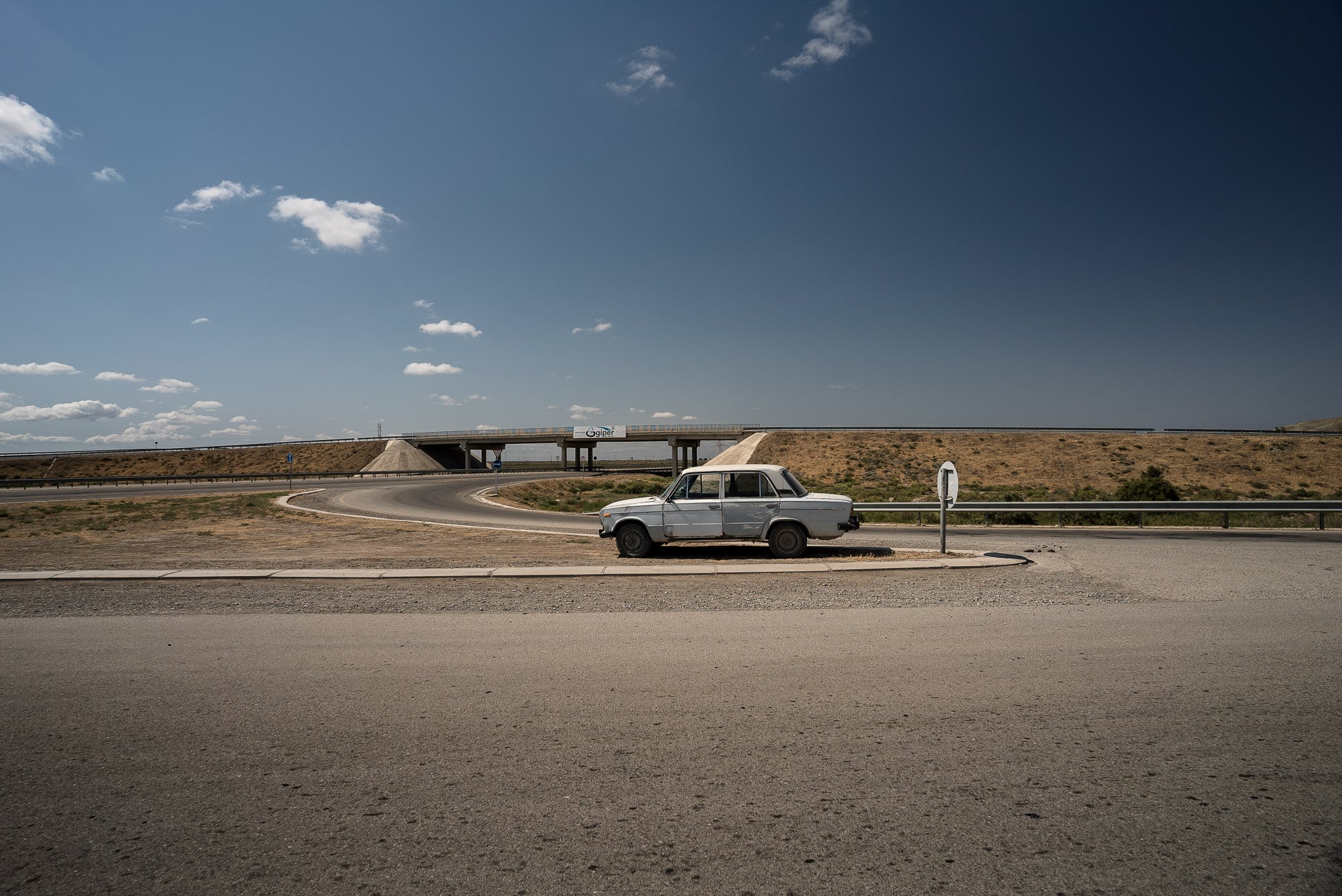 It was around 33 degrees celsius, and there were no trees and no buildings anywhere around. I stayed in the shade of this sign for a while: 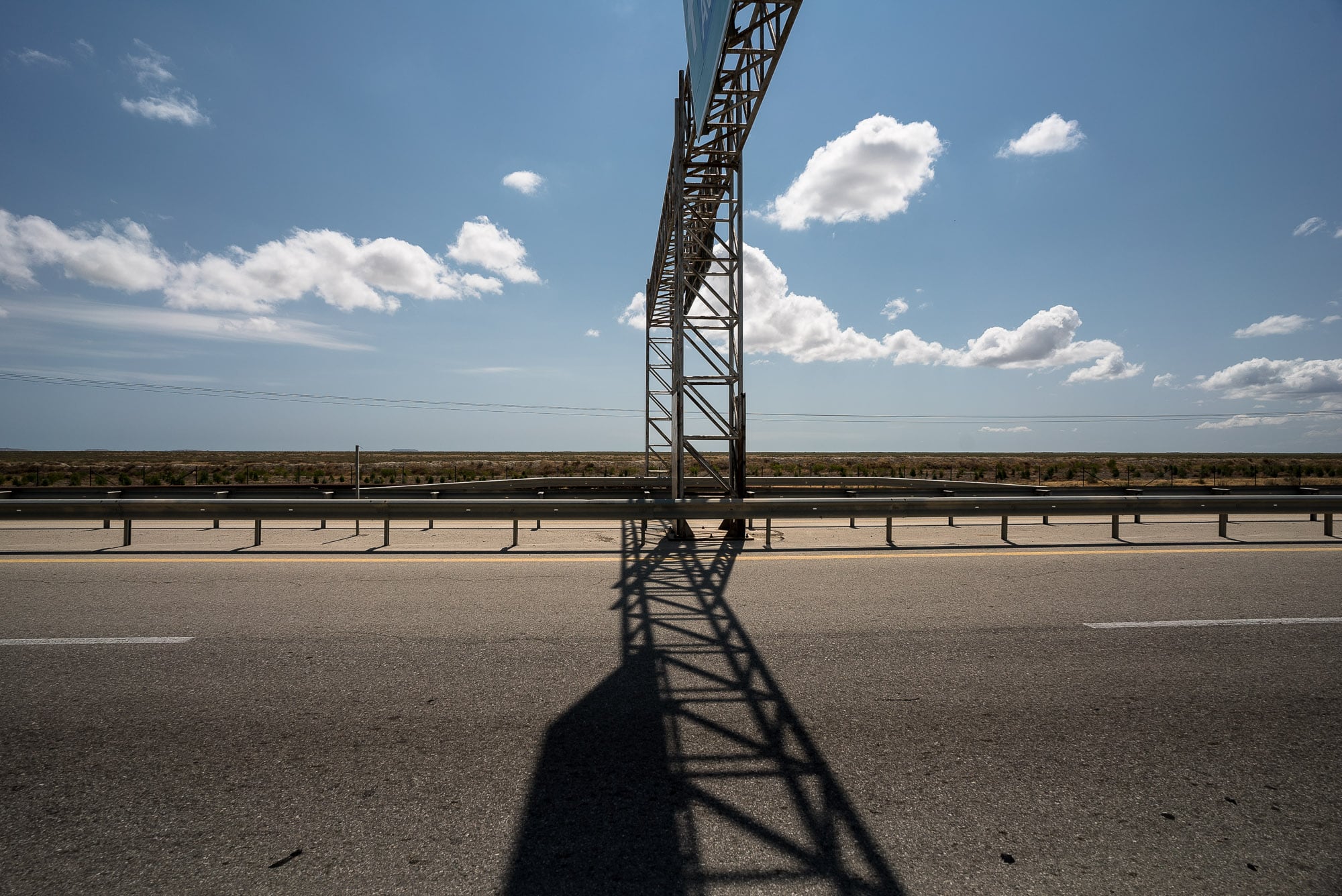 That’s how miserable it all was.

I actually liked some of the trucks, though, because they would bring a gust of cool air with them: 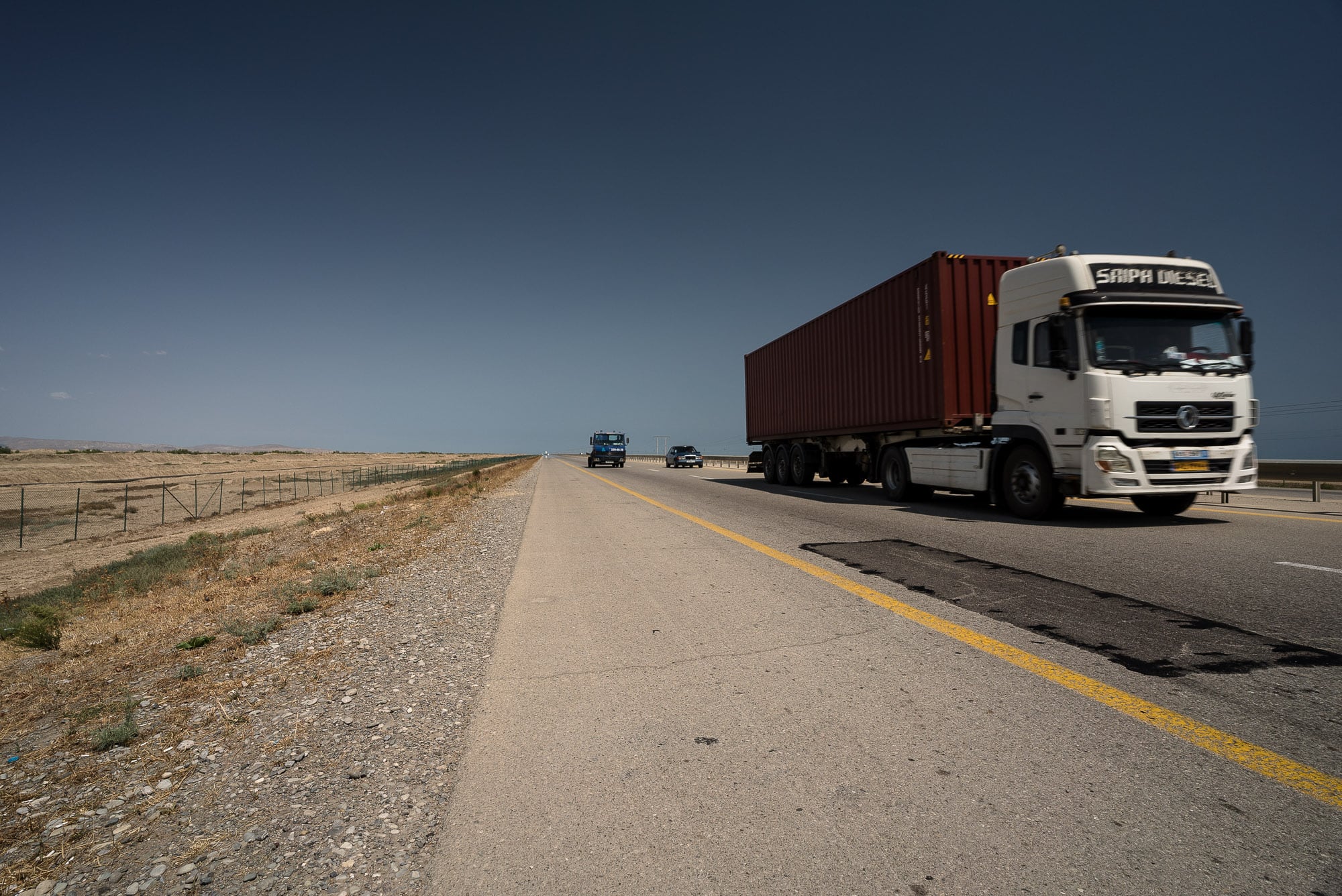 And the advertisements on their sides made the semi-deserted scenery seem less unforgiving: 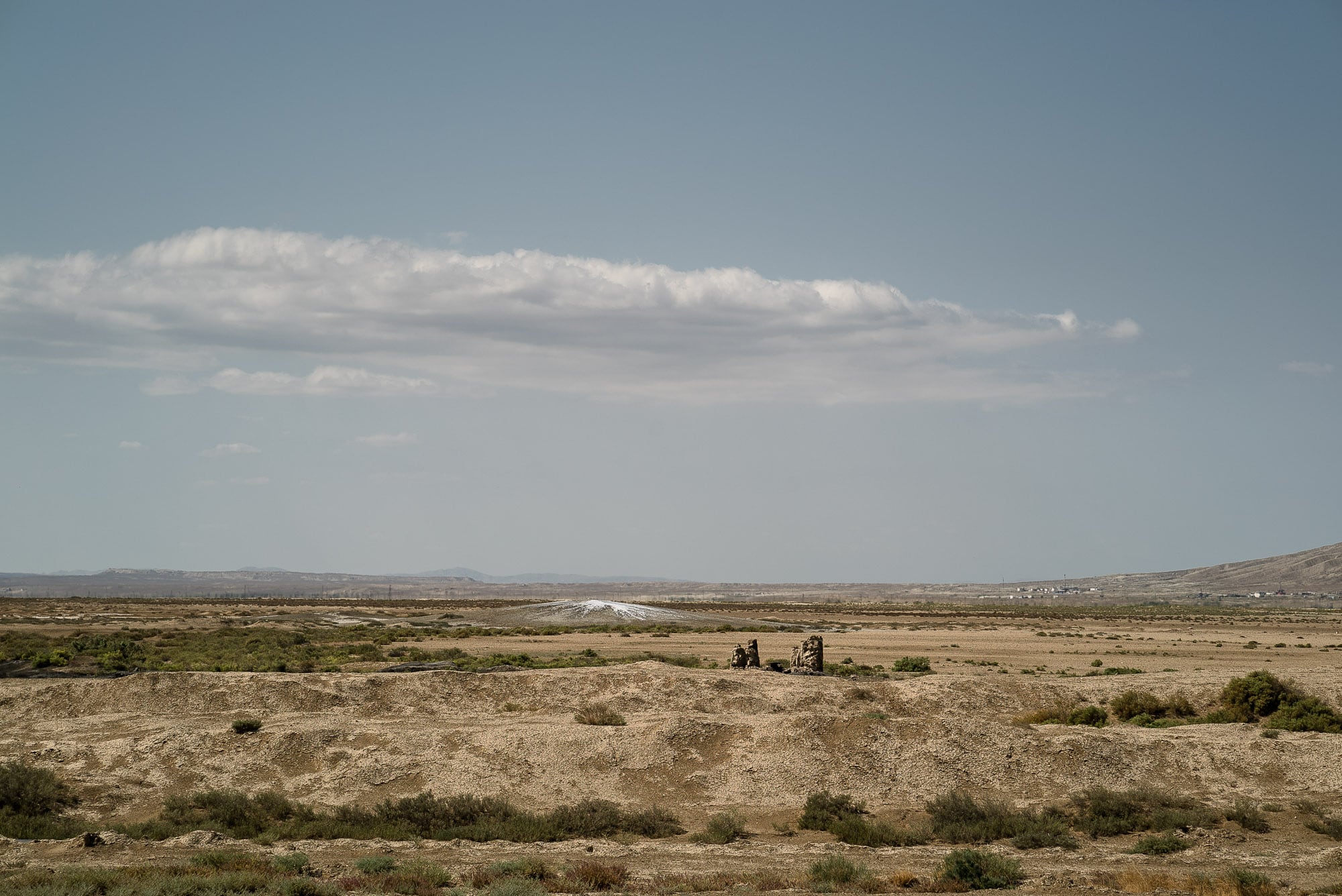 It took me about four or five hours until I found a little restaurant that sold water (I had some in the Caboose, but I wanted to save it for the night), and from there it was another ten minutes until I finally sat down in this perfectly shaded place under a bridge: 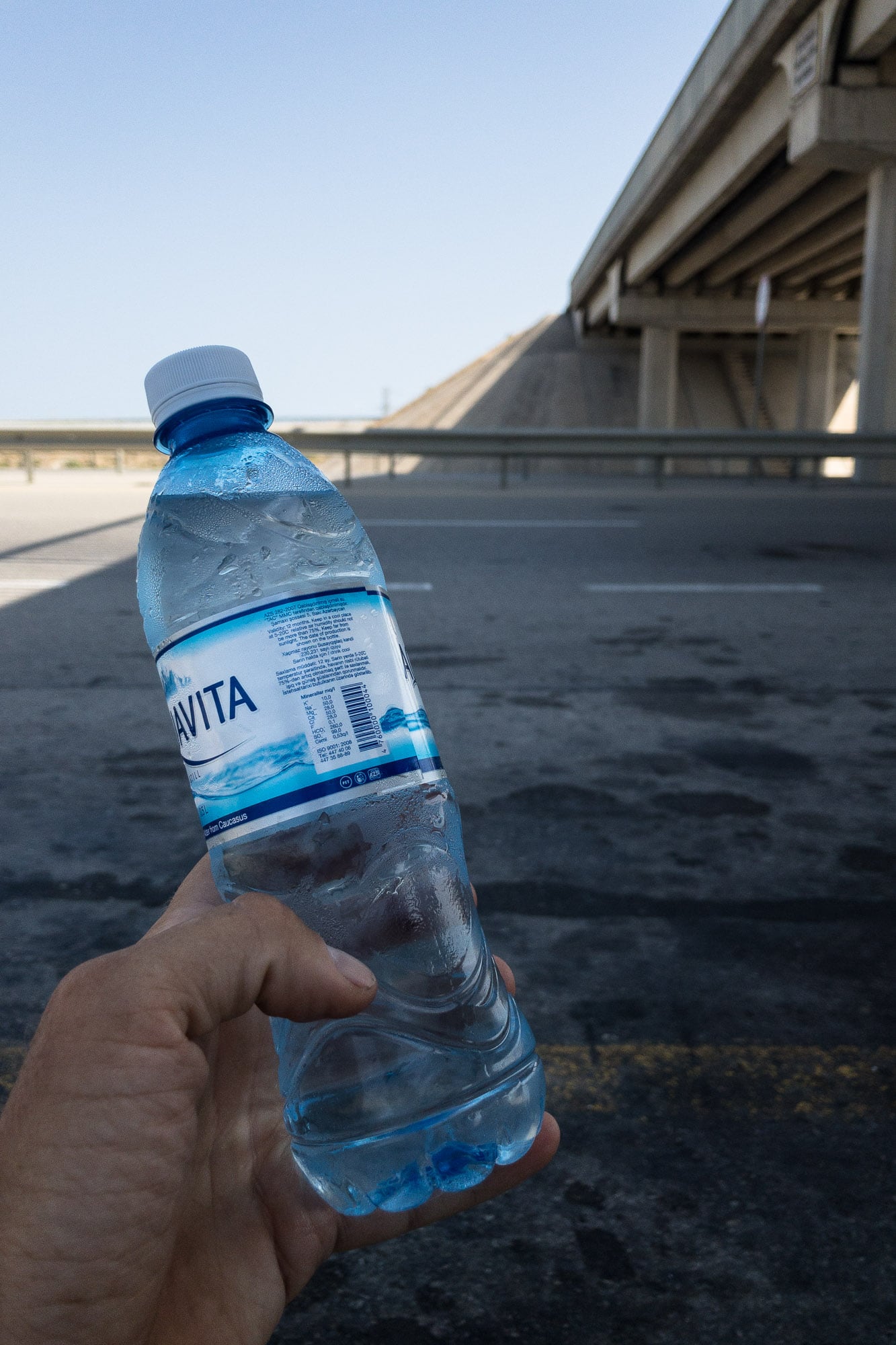 I stayed there for a long time.

Then I walked a little more, and I started looking for a place to set up camp. Sometimes there were settlements in the distance: 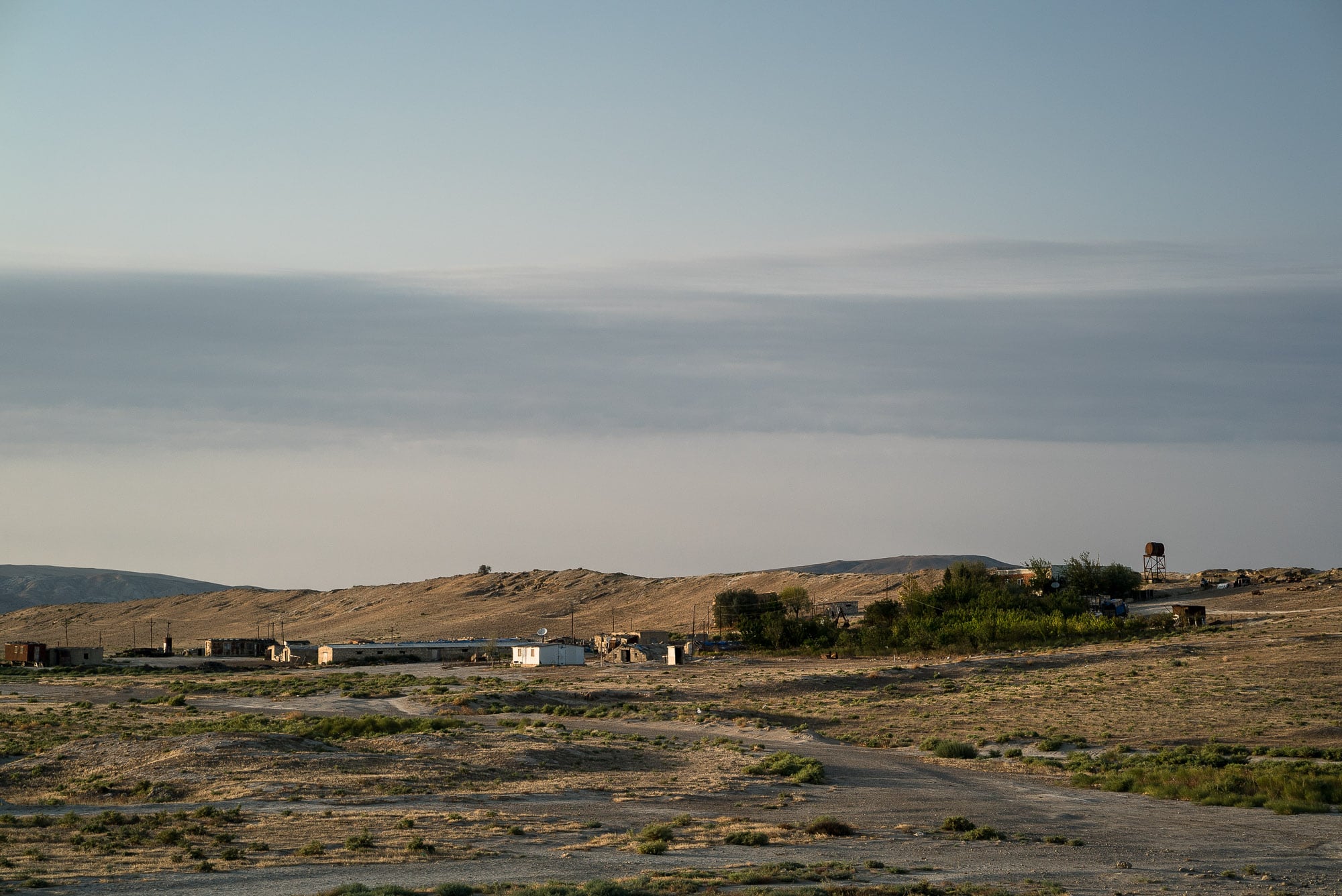 I managed to find a pretty perfect place, but there was a tiny little house next to it: 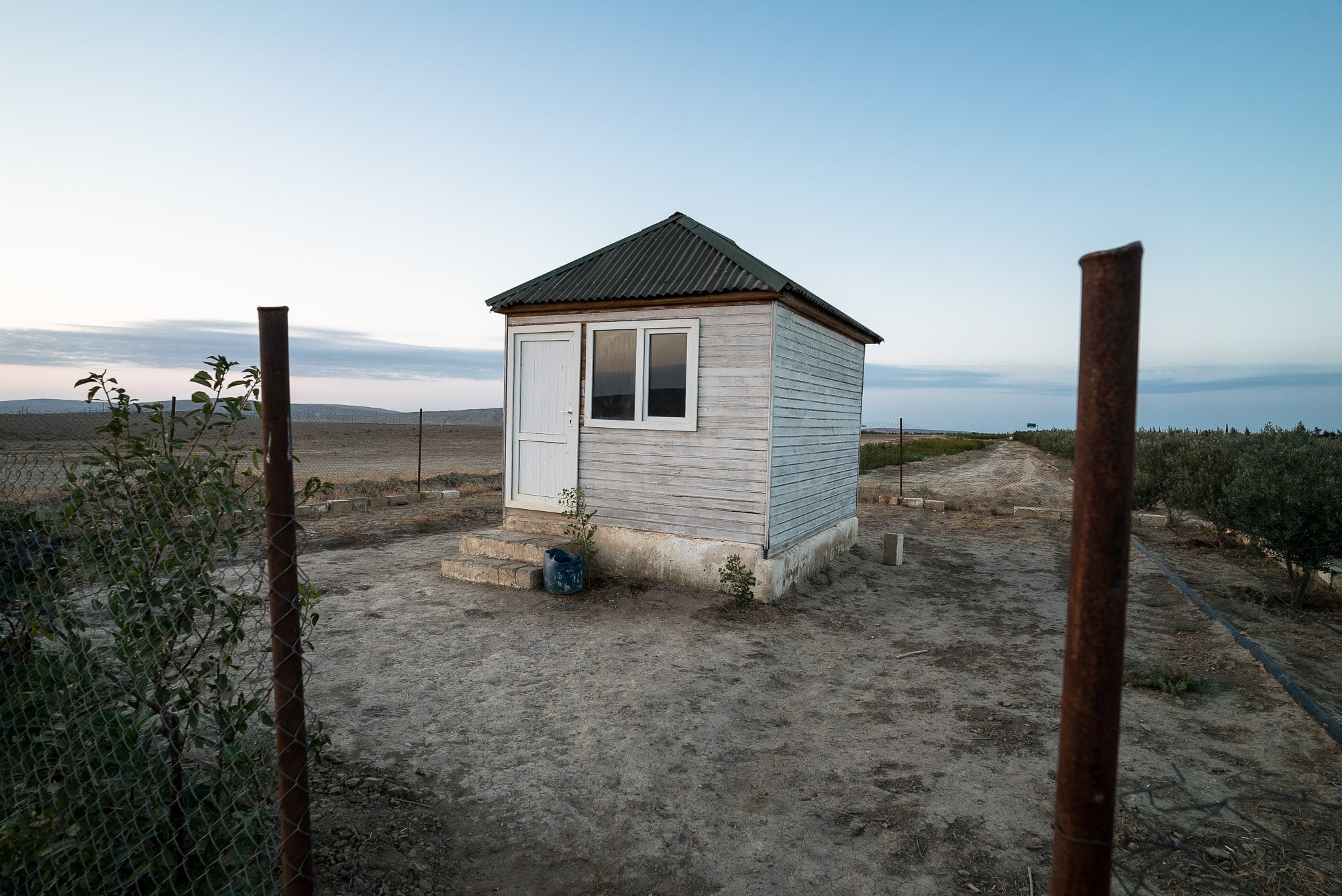 I figured it was probably just a shack for some tools, so I was surprised when I pushed open the door and found out that someone seemed to actually live there: 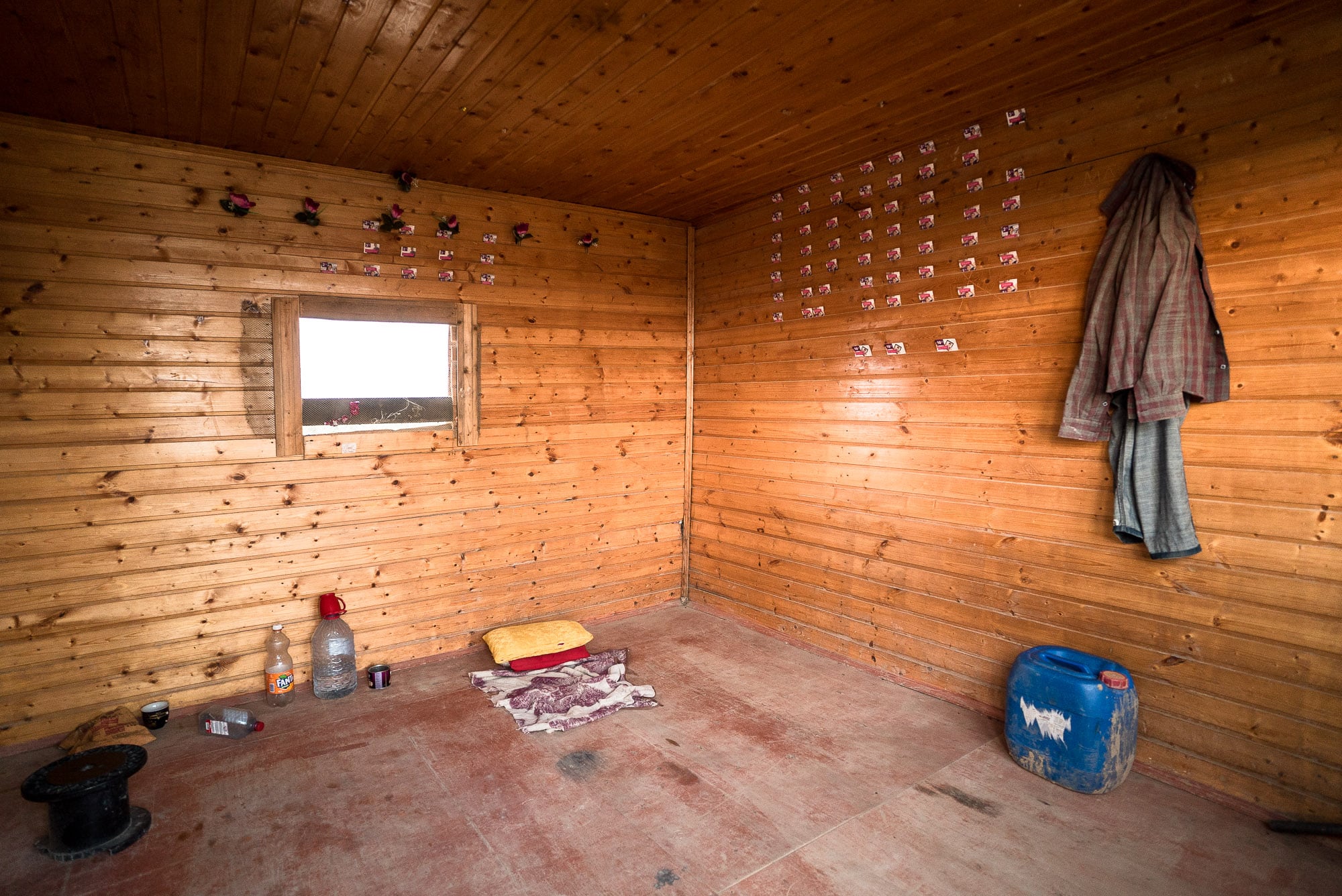 He had collected 58 phone cards and pinned them to the wall. I guessed he probably missed his home a lot, so I figured that he was probably a nice person.

With this in mind, I set up camp not far from the house: 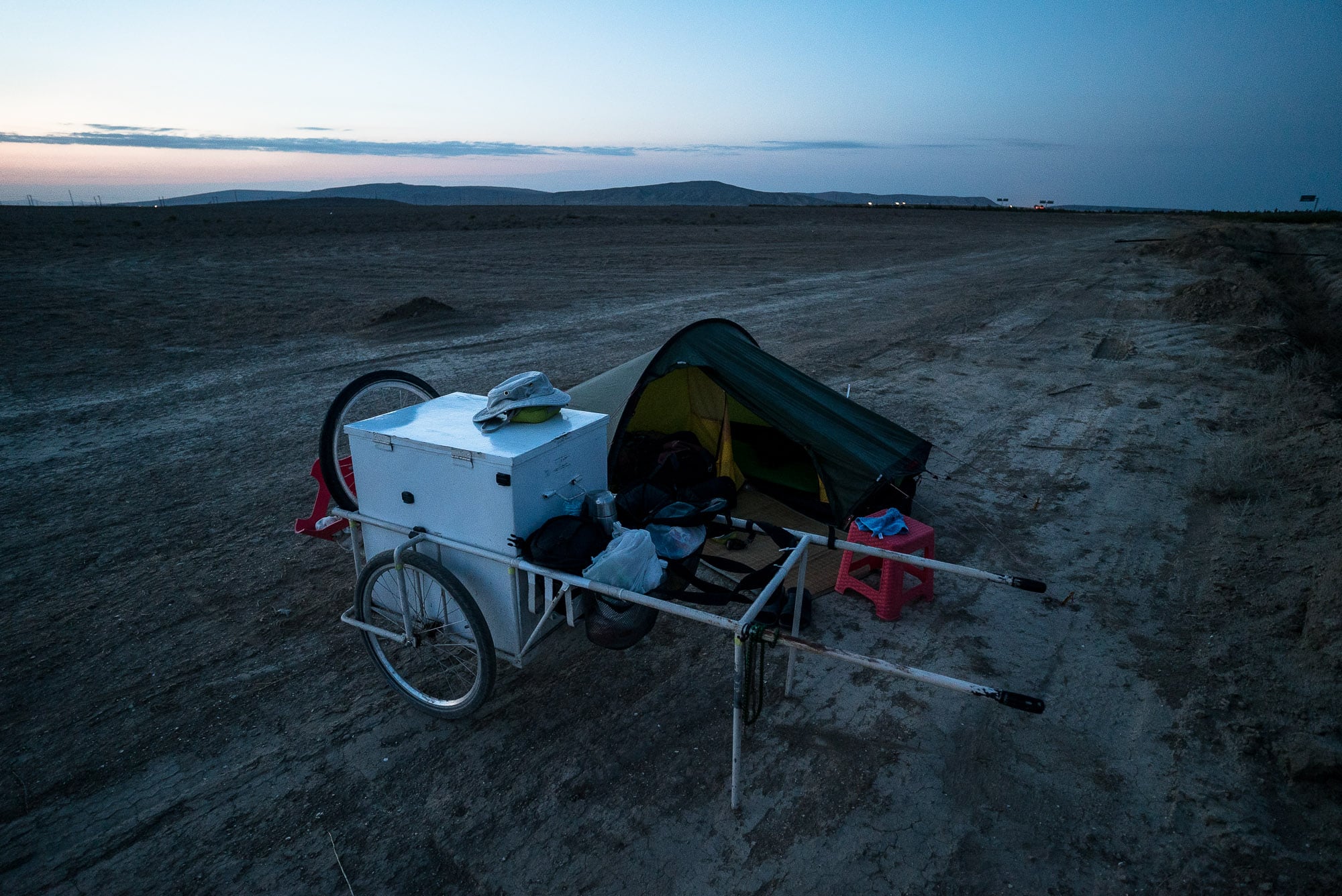 Day 1210
from Hesenli to next to some trees