If you look at the map, you can see how the river winds through the city of Salyan, and that there are several ways to cross it.

For reasons that are not quite clear to me in hindsight, I ended up walking towards a bridge in the west. It felt good at first. The road was quiet, and only here and there people were looking at me from enormous posters: 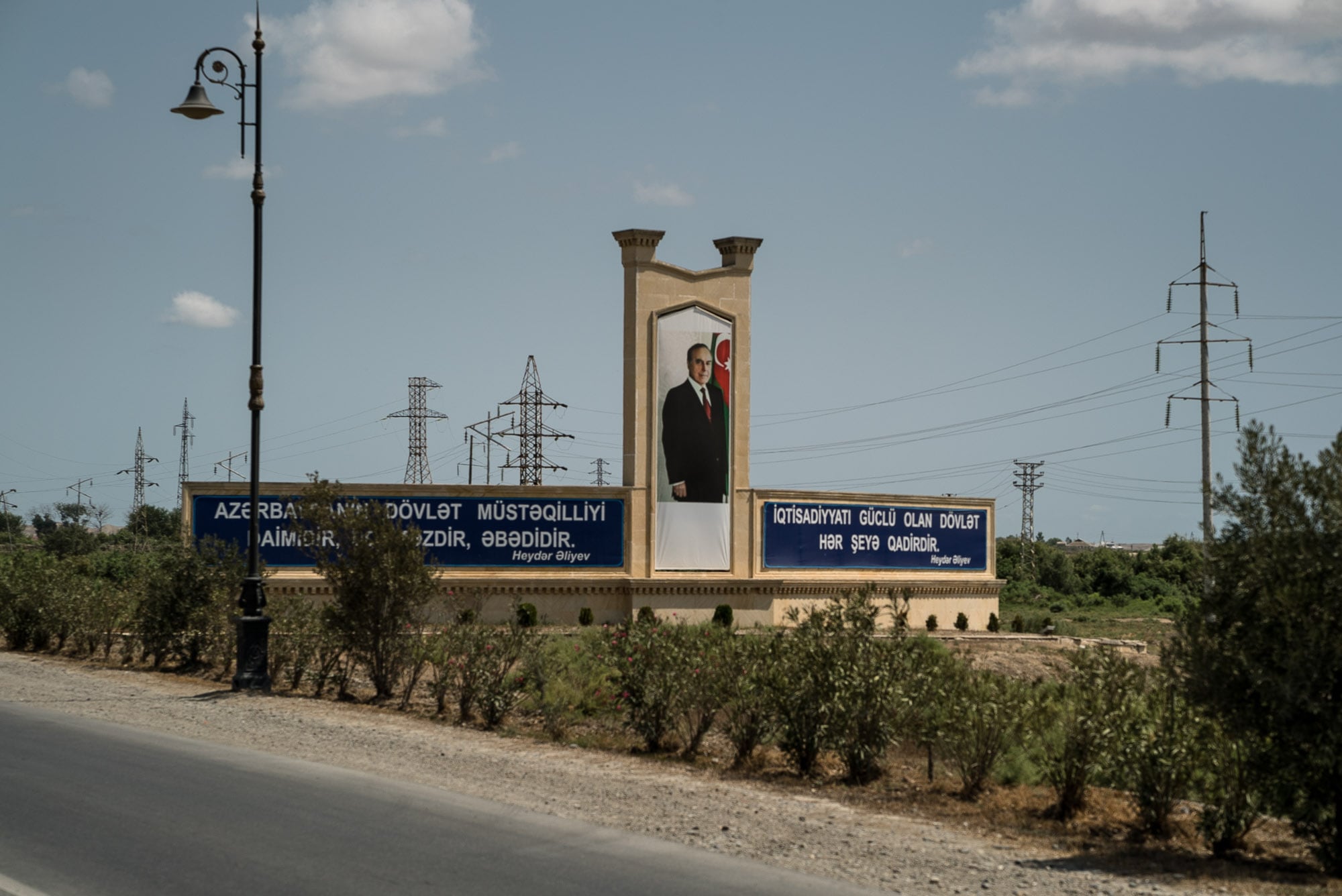 Then I reached a bridge that seemed a bit difficult to cross: 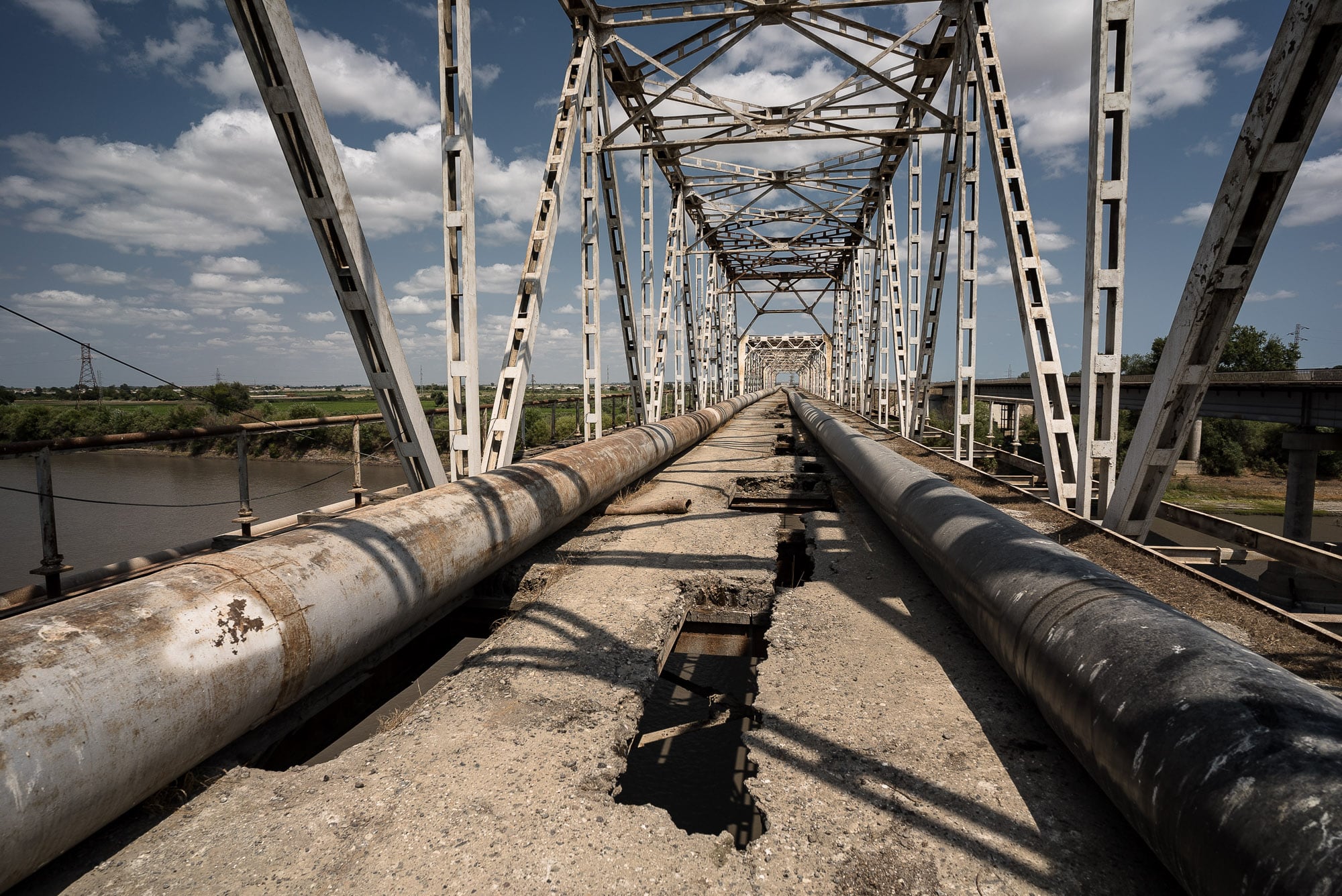 Eventually we reached a very quiet road that led out of Salyan to the north: 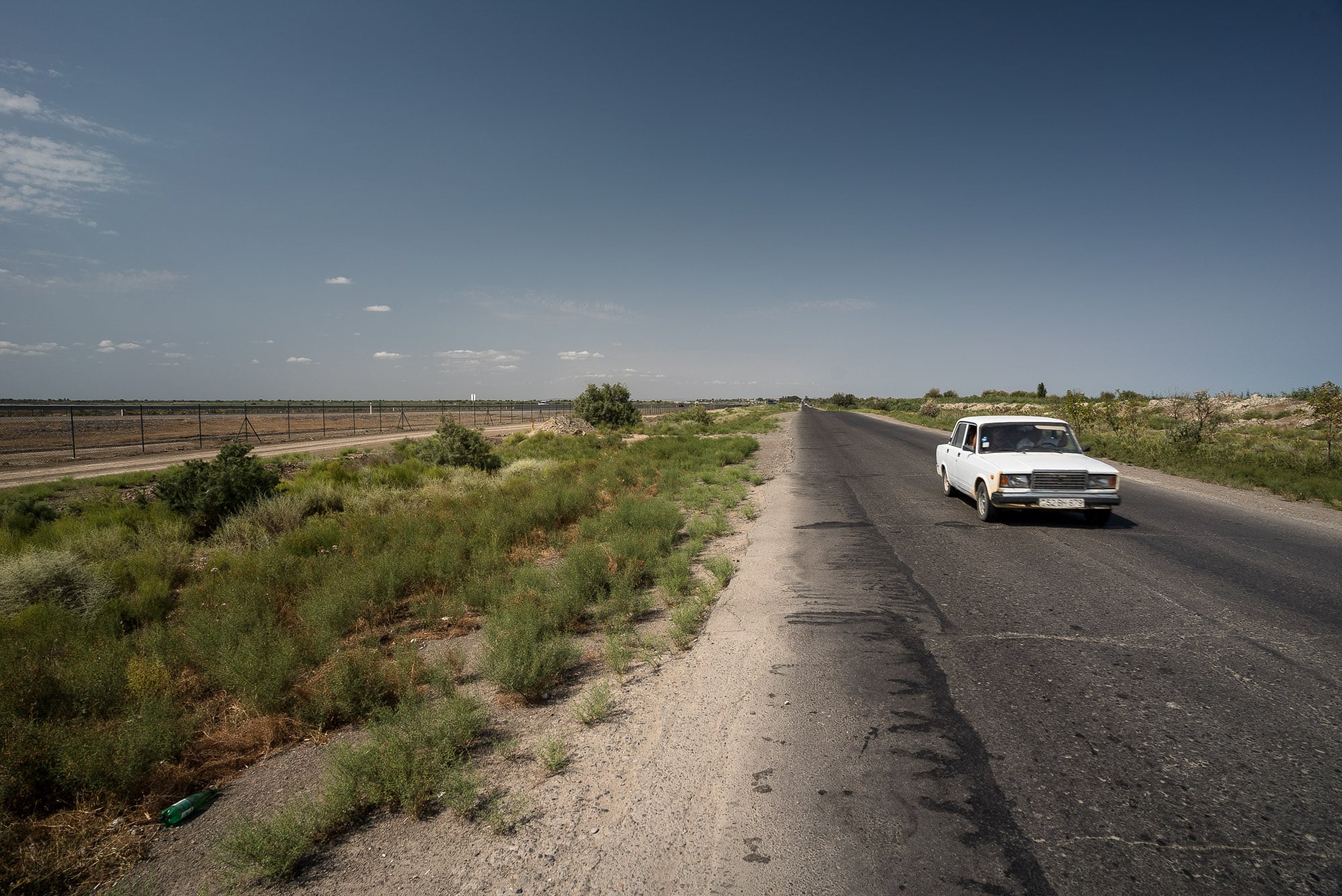 I sat down for some tea from my Winnie-cup: 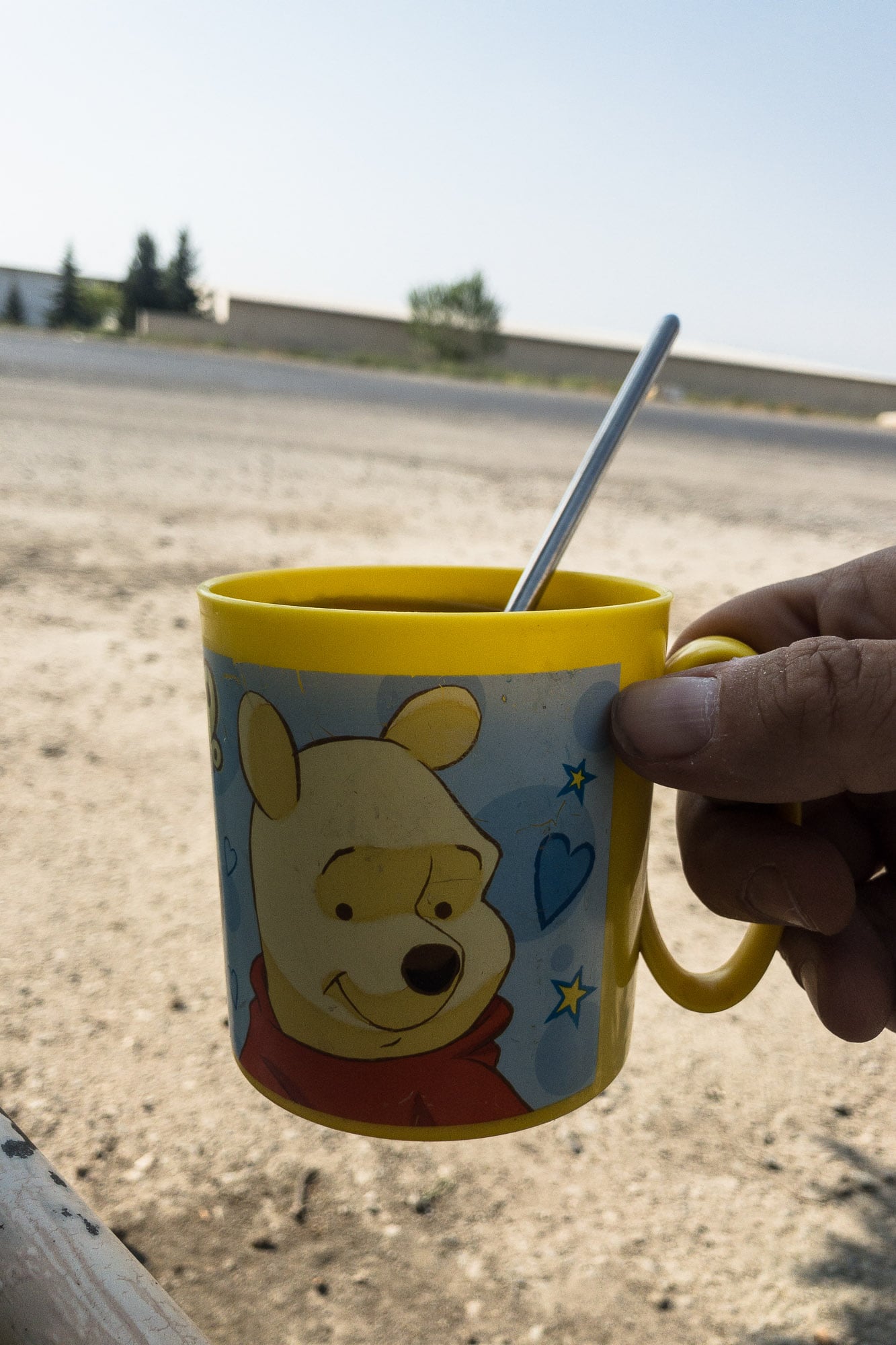 And it was then that I realized that my thermos was broken. It didn’t keep stuff hot (or cold) anymore.

The road was broken, too: 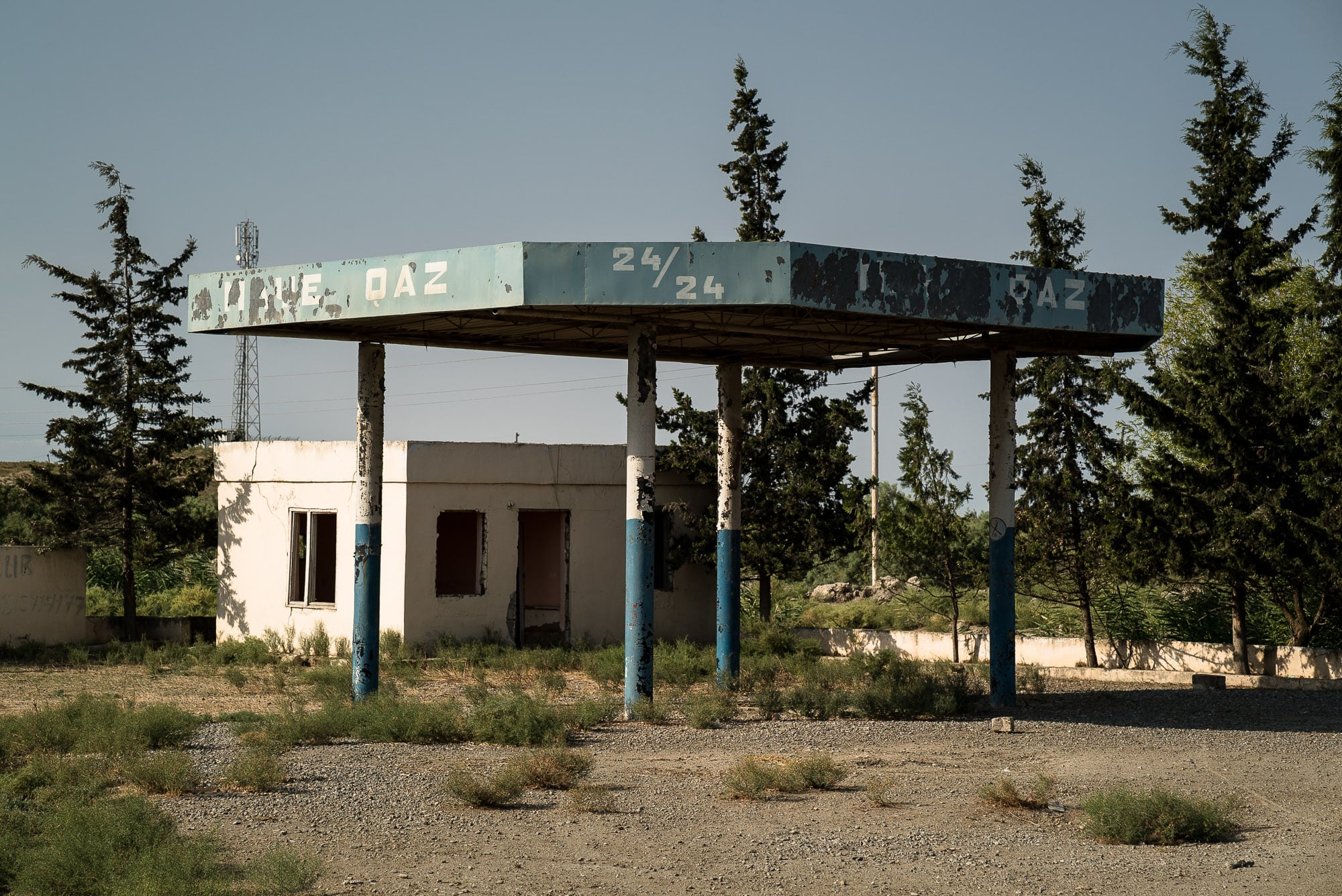 The new highway had absorbed most of its traffic, and the little shops and restaurants and gas stations left and right were having a hard time.

As far as I could tell, the road was empty most of the time: 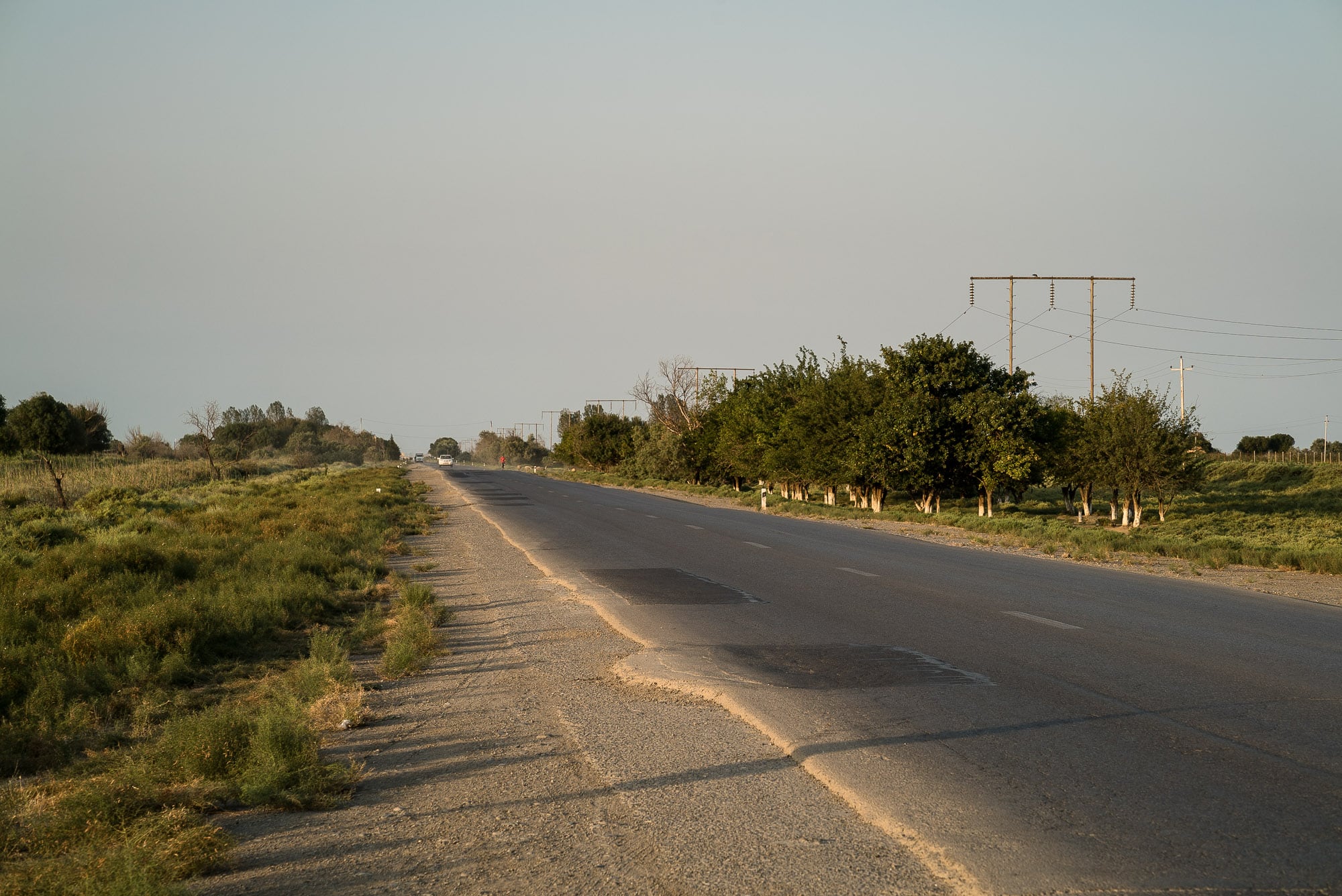 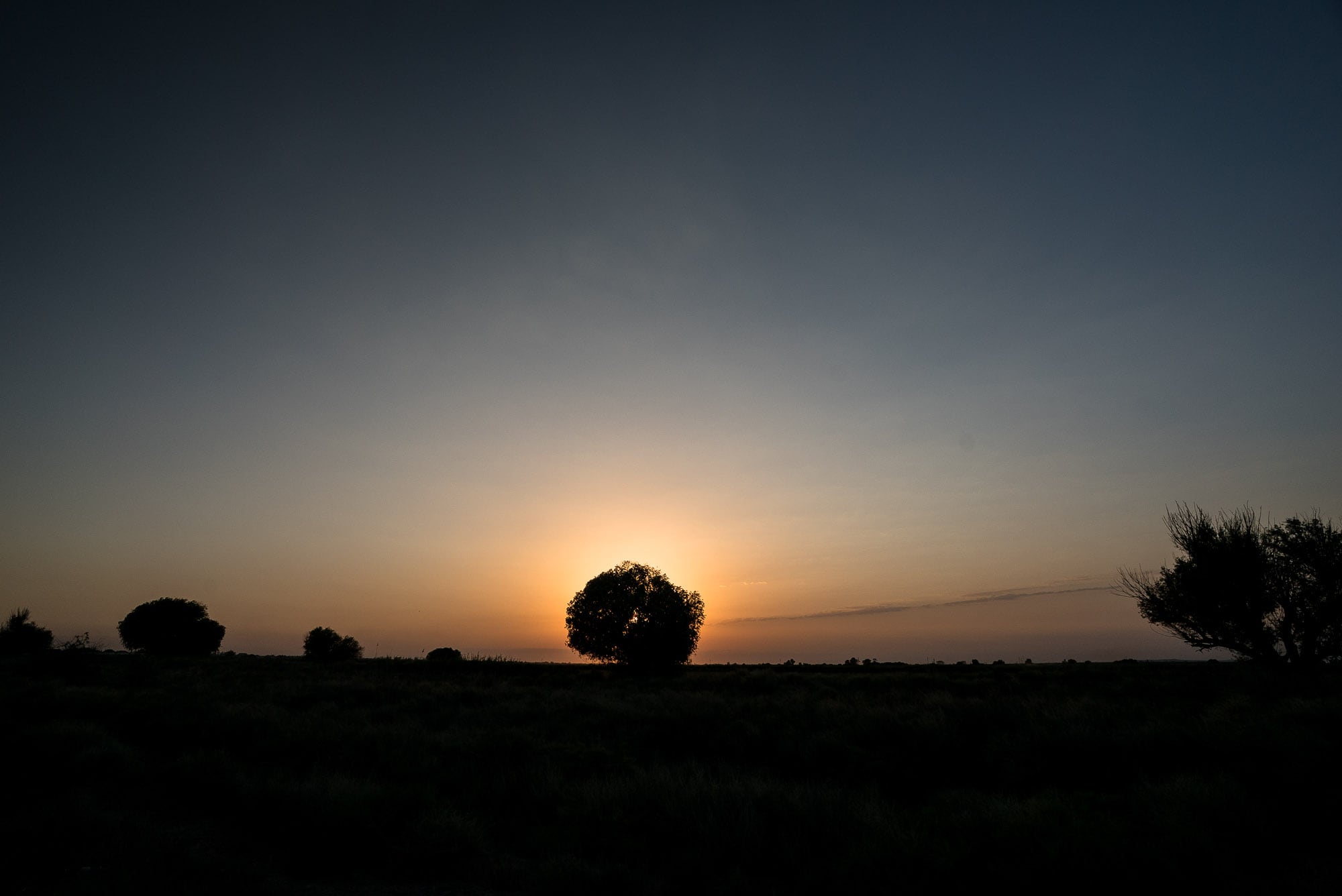 And then I asked some people at a restaurant whether they knew of a hotel in the area. They said no, so I went to the next restaurant and asked the people there. The owner said no, there were no hotels here, but that I was welcome to sleep in one of the rooms of his restaurant.

So I got a perfect little room: 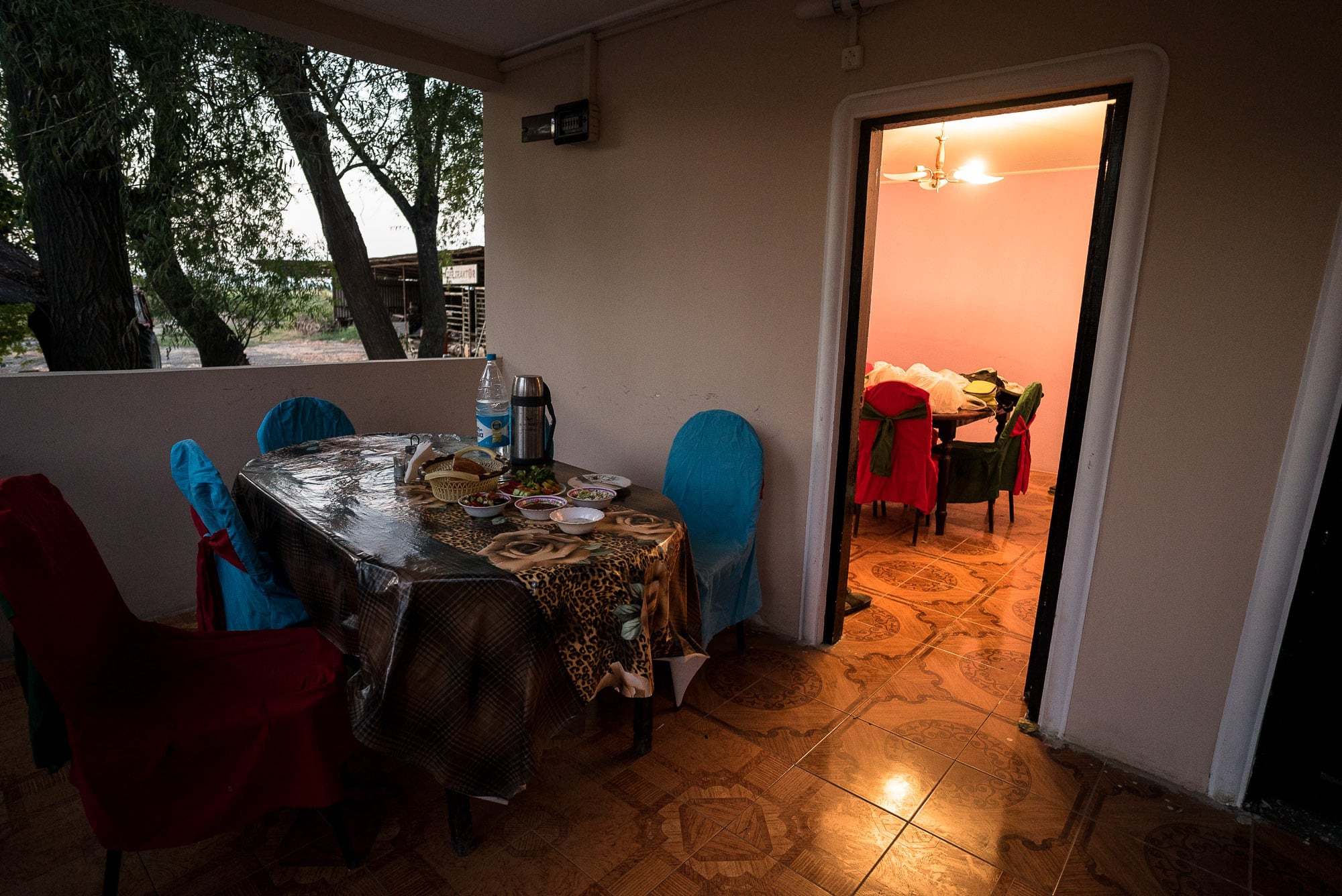 And a perfect dinner: 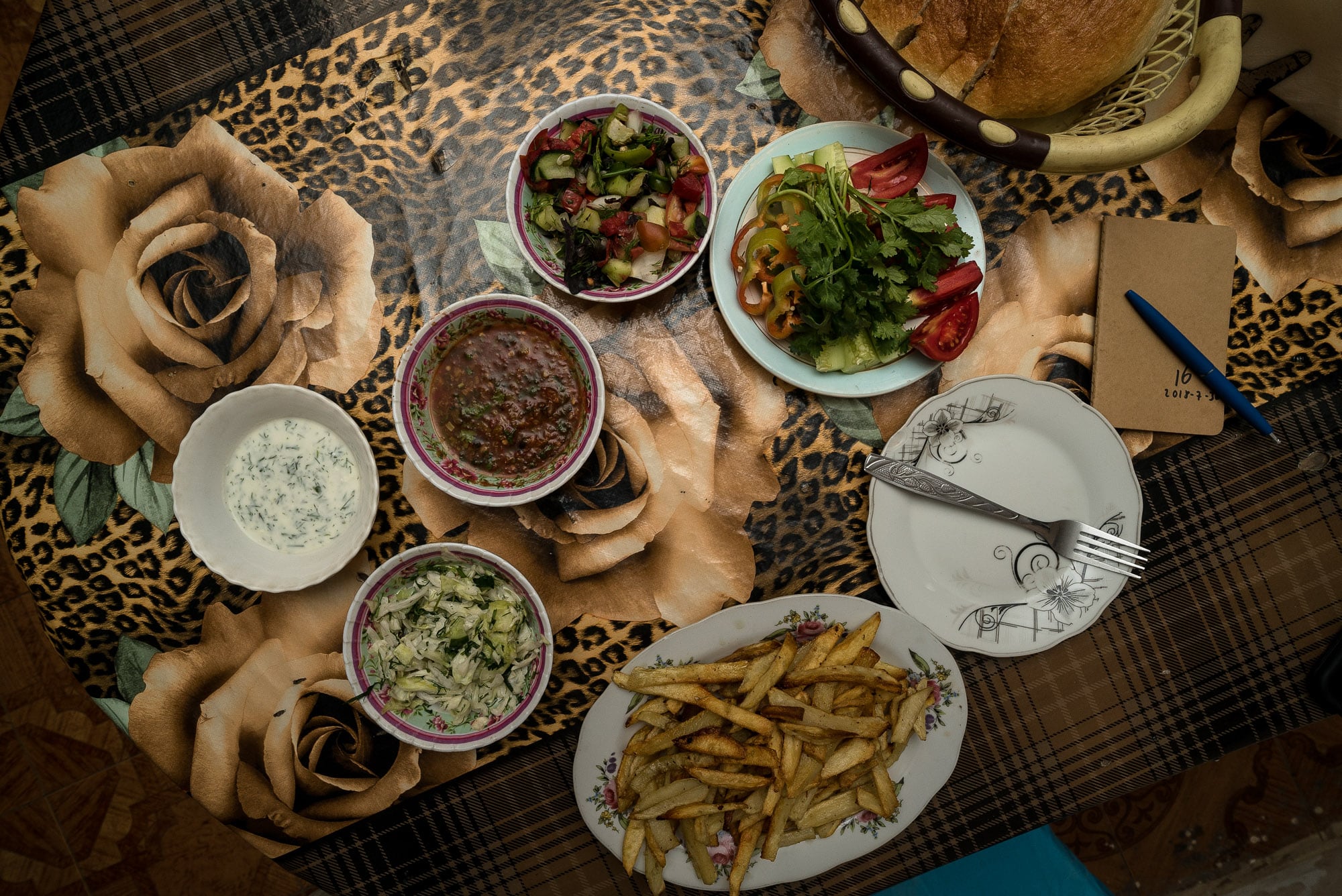 I played with some cats for a while. Then I slept like a stone.

Day 1209
from Salyan to Hesenli