When I woke up under the bridge, I felt like crap. There had been jackals during the night. And mosquitos. And people in cars trying to cross the barricades.

It had been a horrible night.

So I left the bridge: 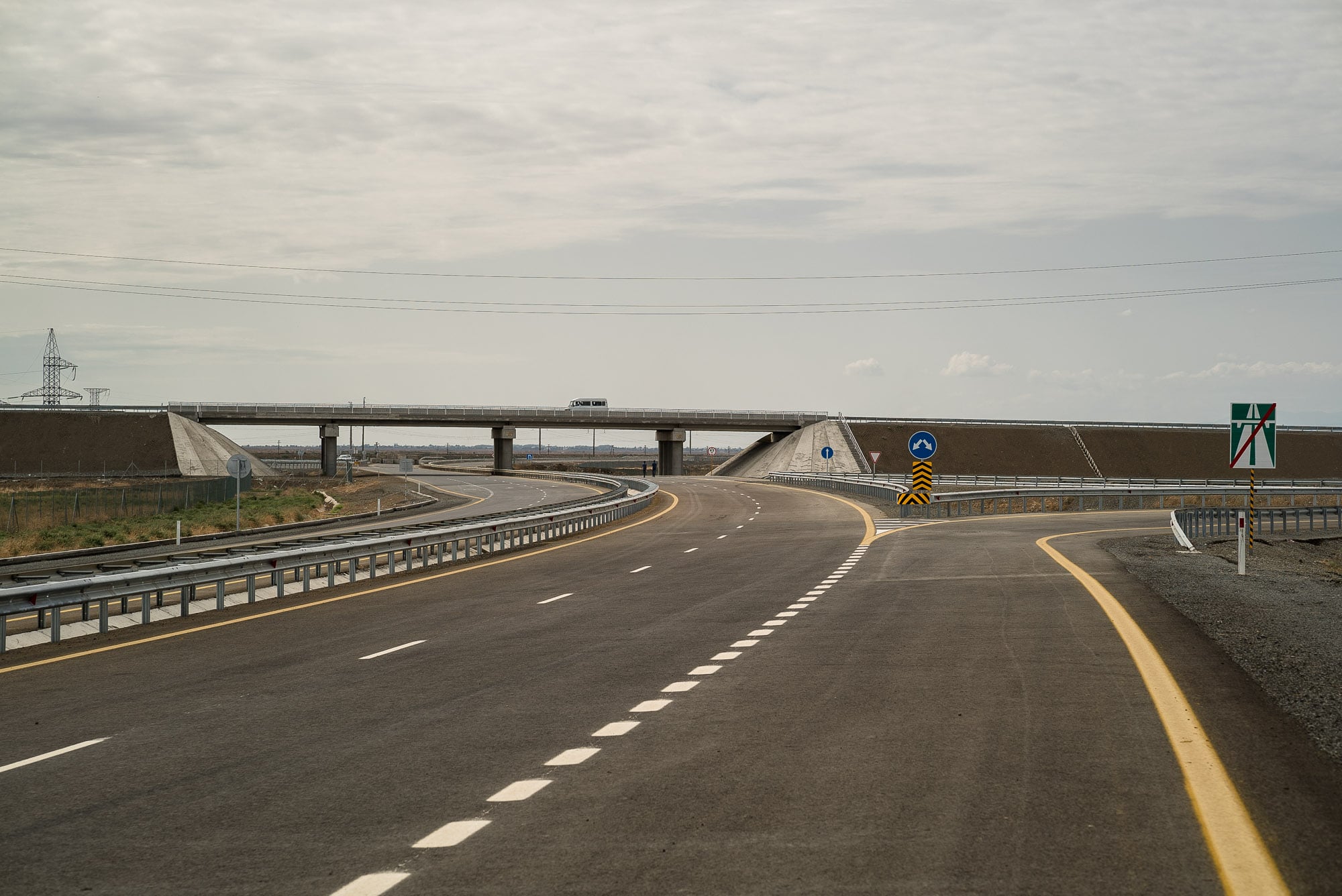 And I walked for a little bit under the empty highway: 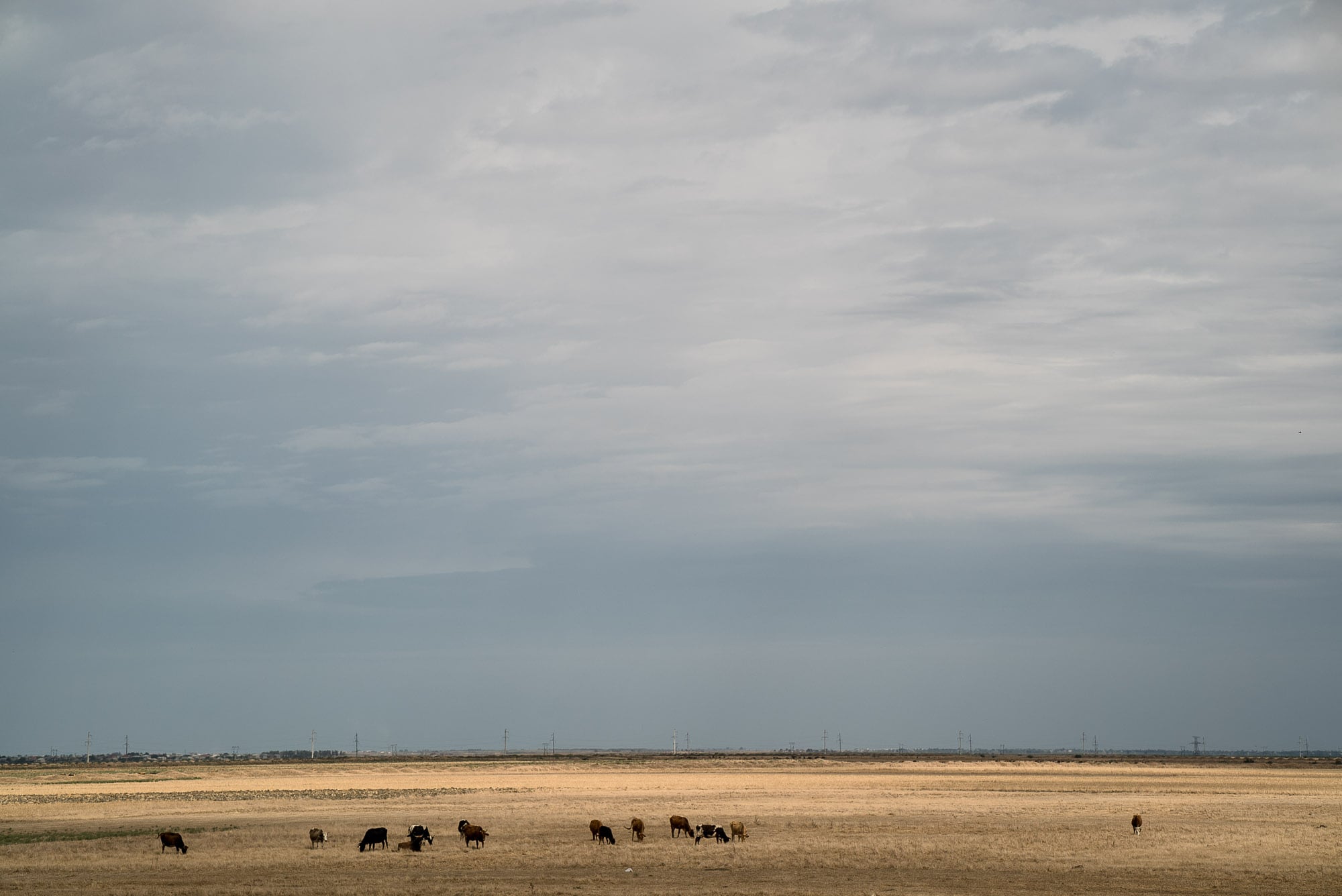 Then, after 2,5 kilometers, I sat down and did nothing for a while. This was the precise point of 10.000 kilometers since I had left Beijing on a November morning many years ago.

I just sat there and breathed. In and out, in and out.

I started preparing my things. The pink thingie I had bought two days earlier. A golden one and a golden zero I had picked up in a shop on the way: 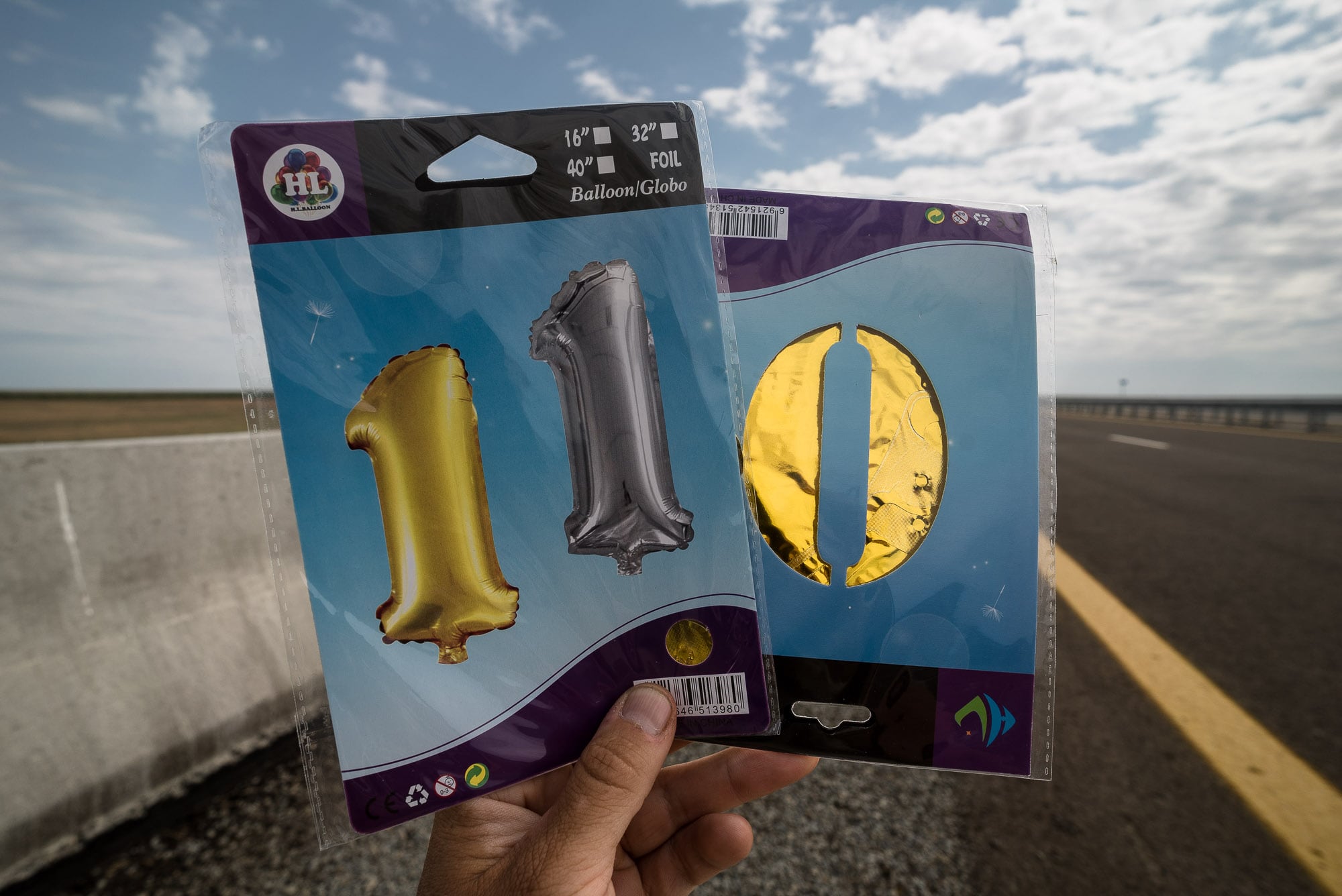 Then Burko from Turkey showed up: 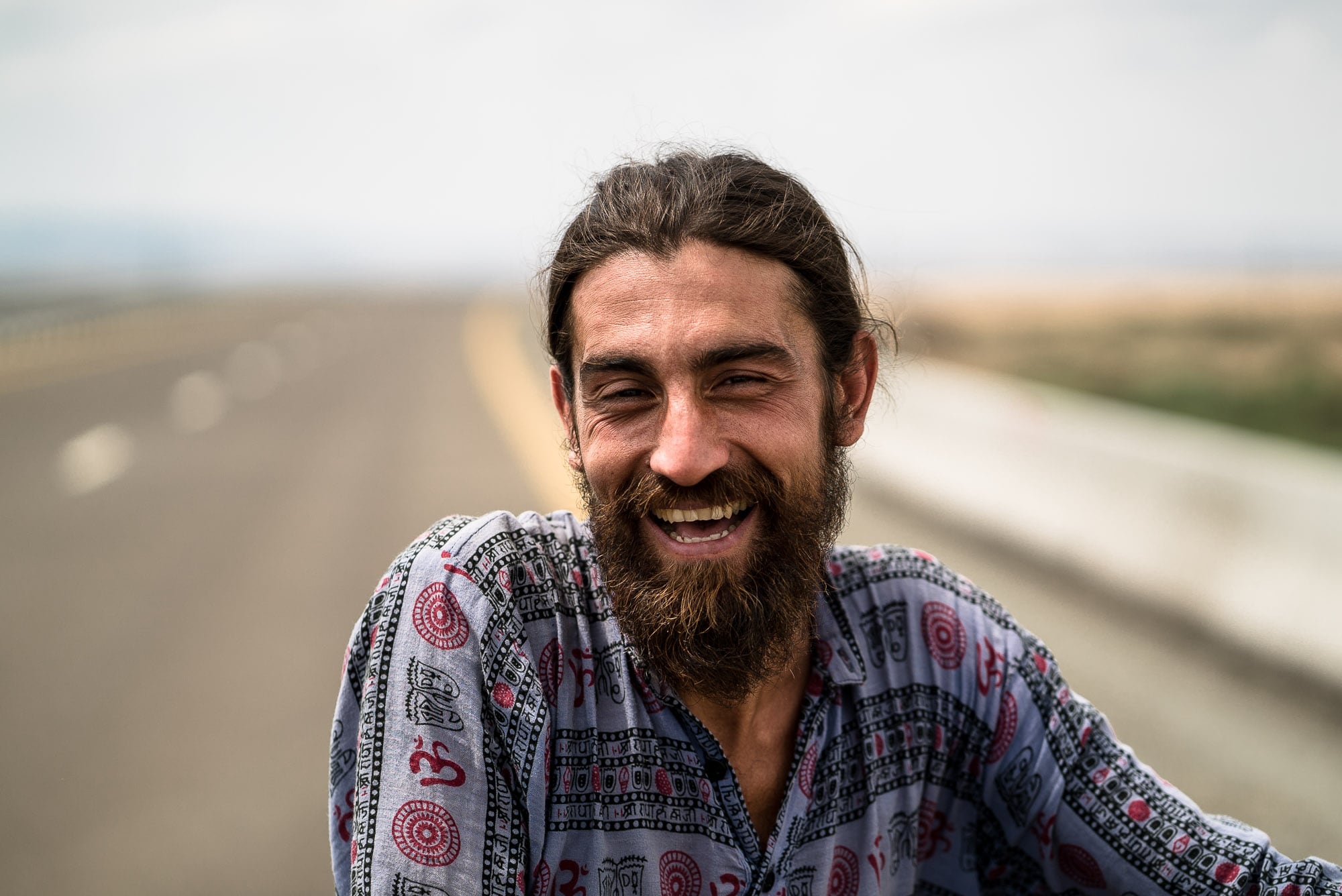 He was on a long trip with his bicycle: 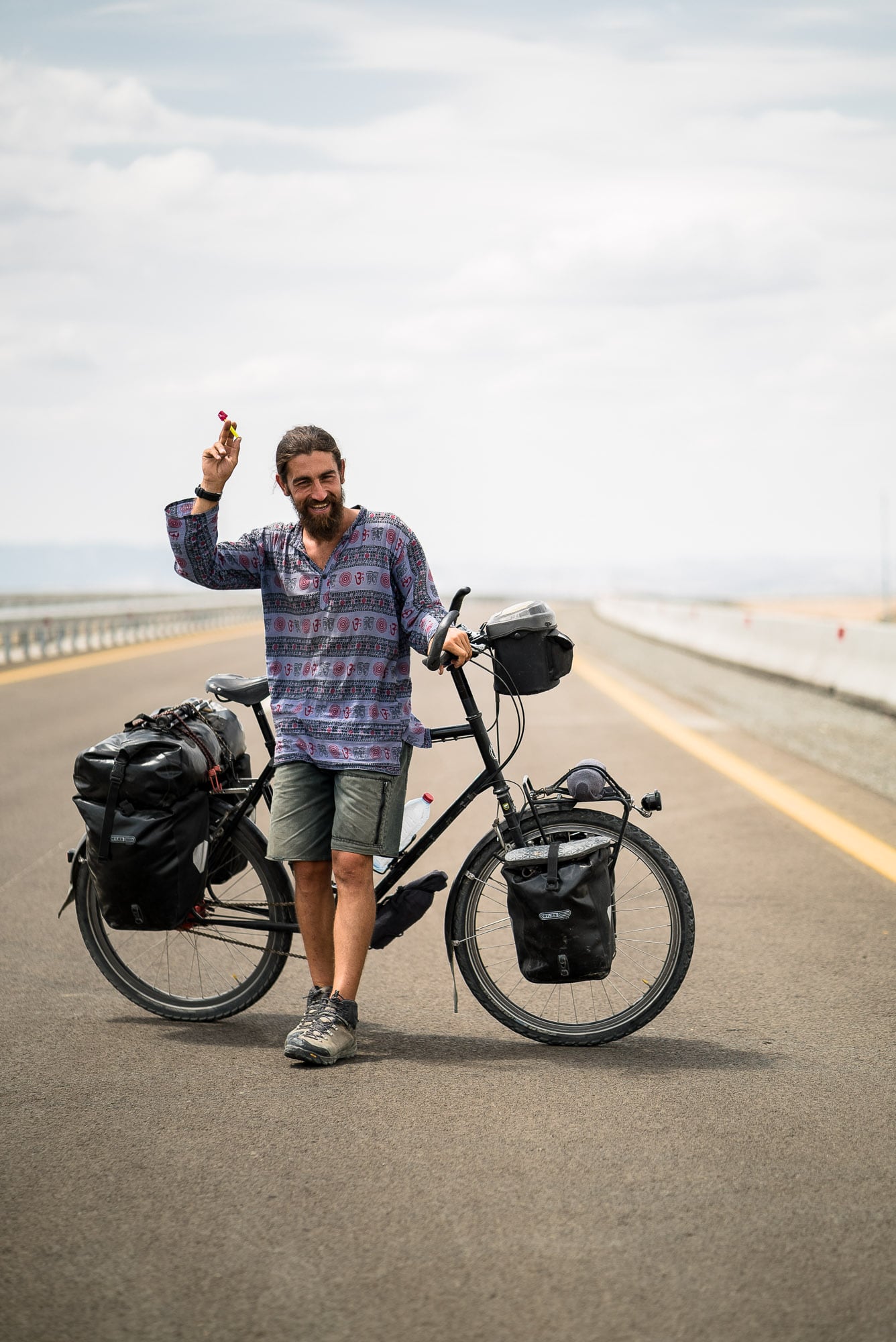 We talked for a while and ended up deciding to do the 10.000km celebratory dance together.

Then Tabriz from Azerbaijan showed up: 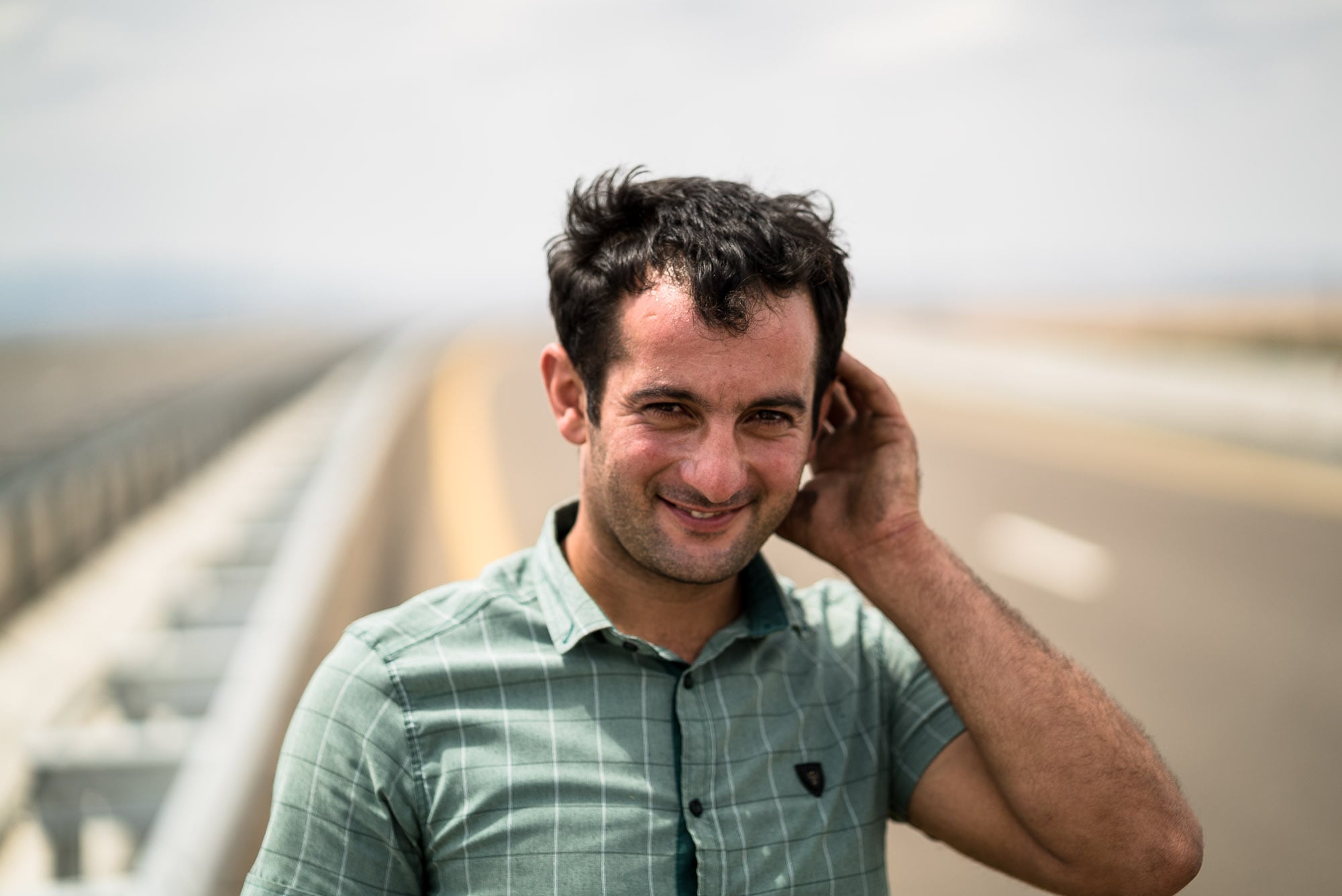 He was driving his car down the closed highway: 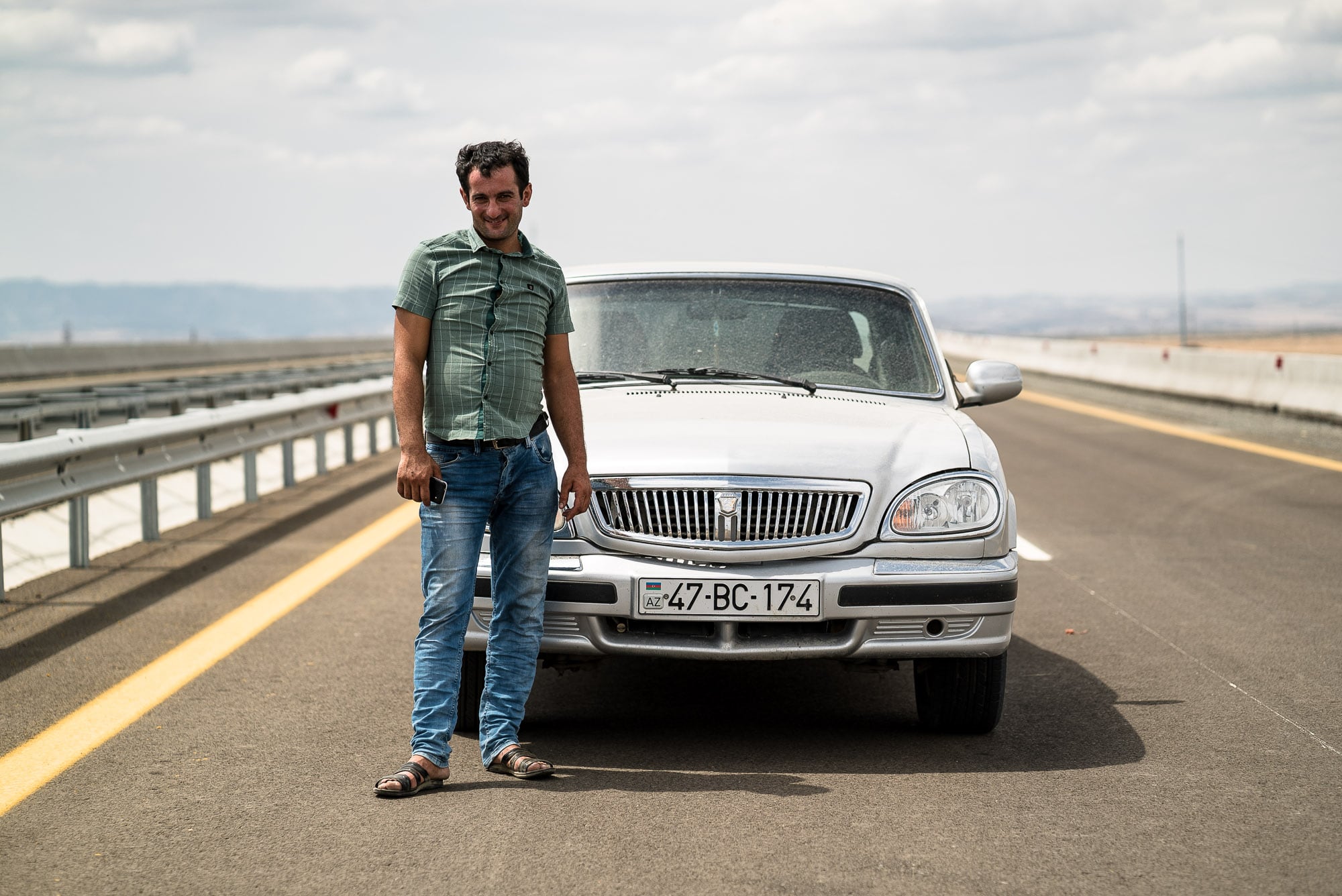 We all got drunk: 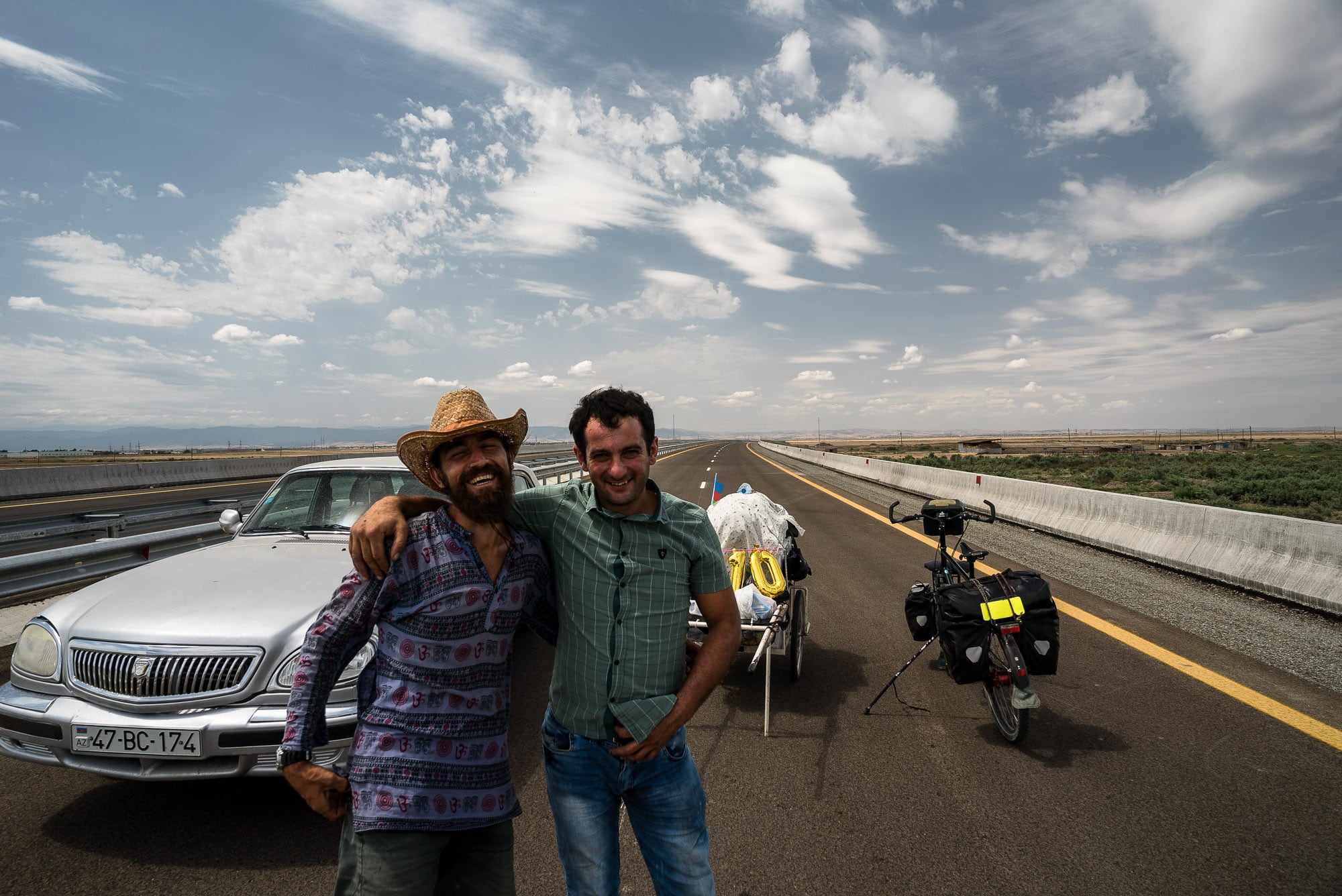 And then we danced together: 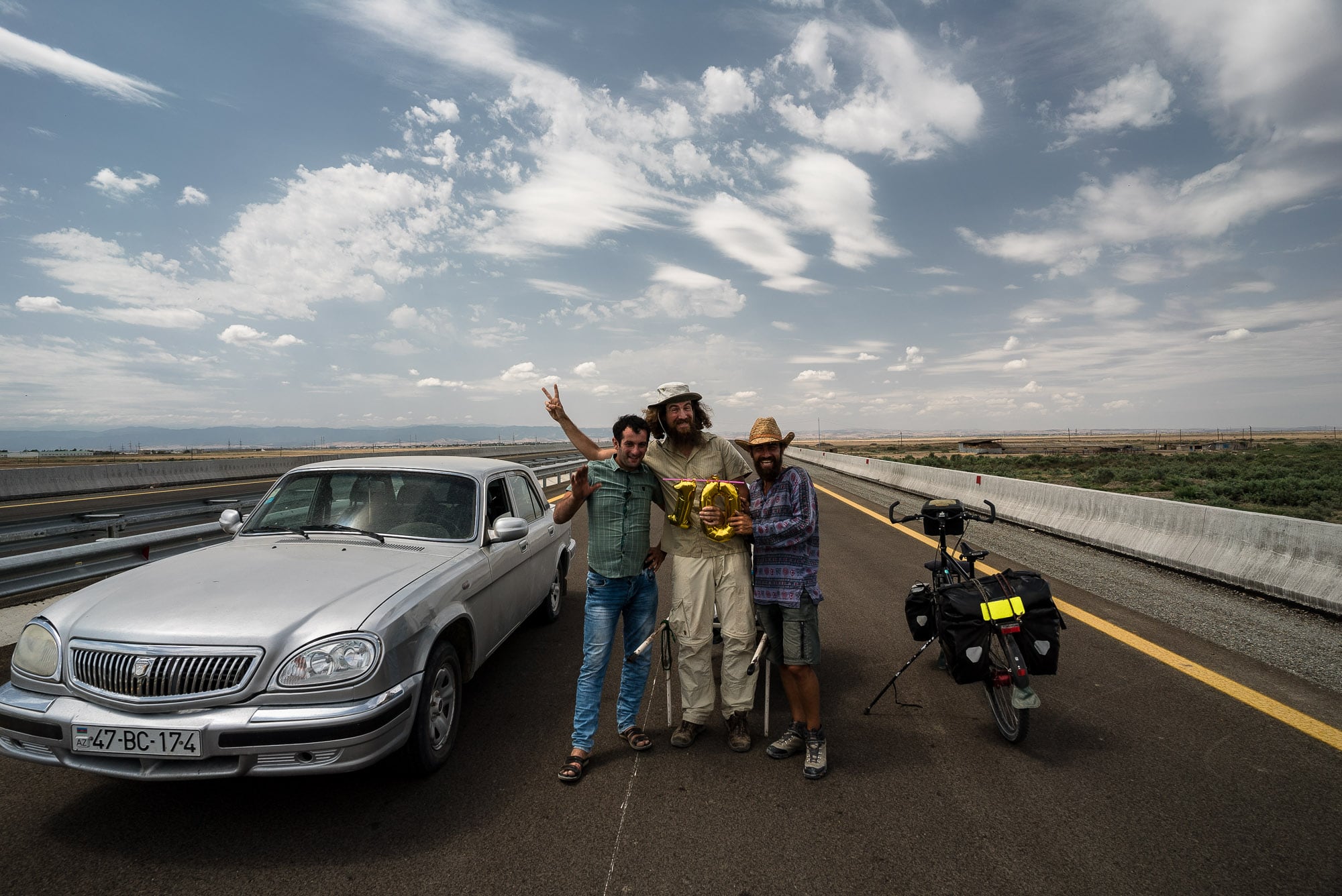 Here’s a video of the dance:

We said goodbye after that, and everyone went into his own direction. Burko to Iran. Tabriz to his home. And I towards Baku.

I was very drunk.

So drunk in fact, that I took the pink thingie that I had bought and frantically ran around with it: 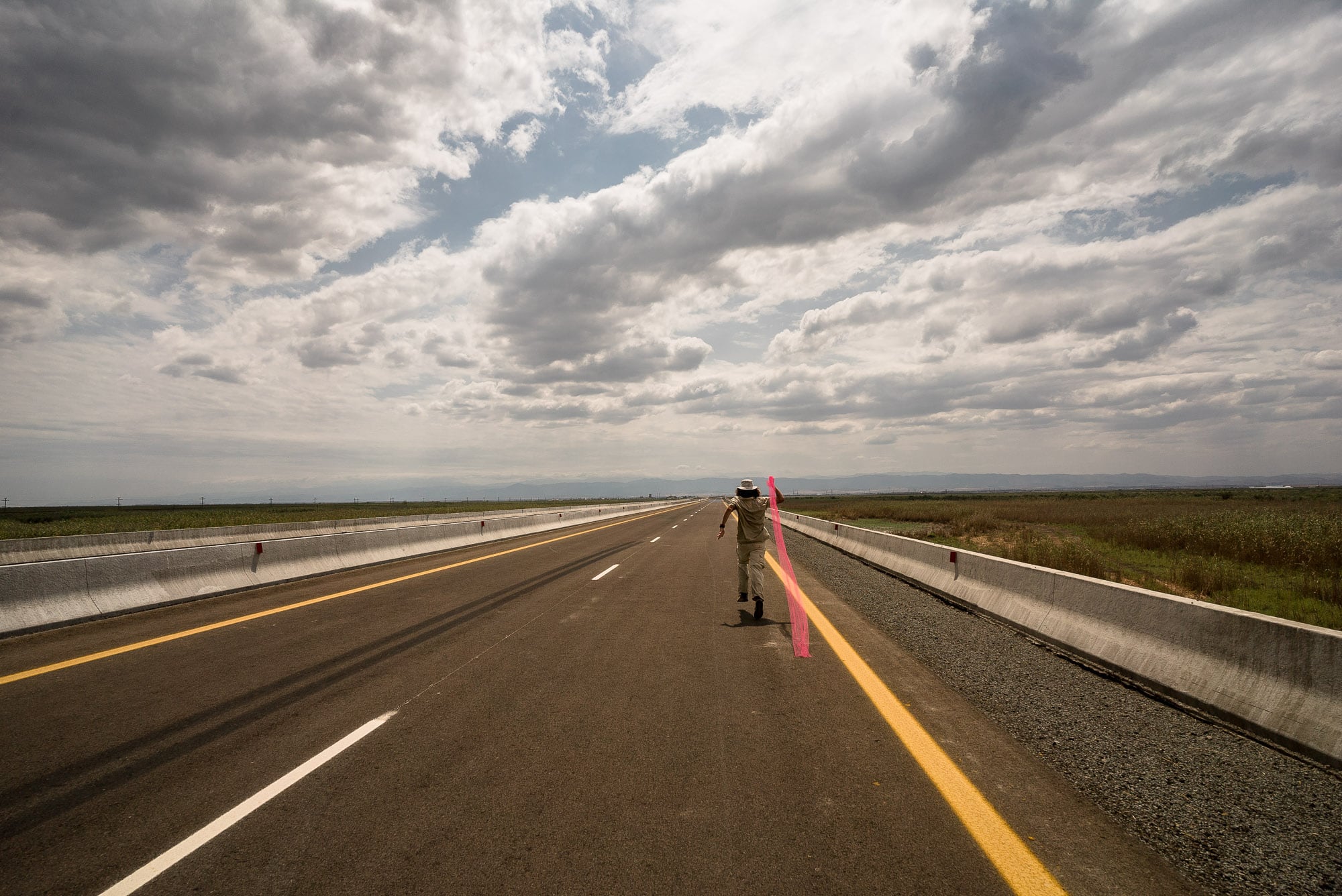 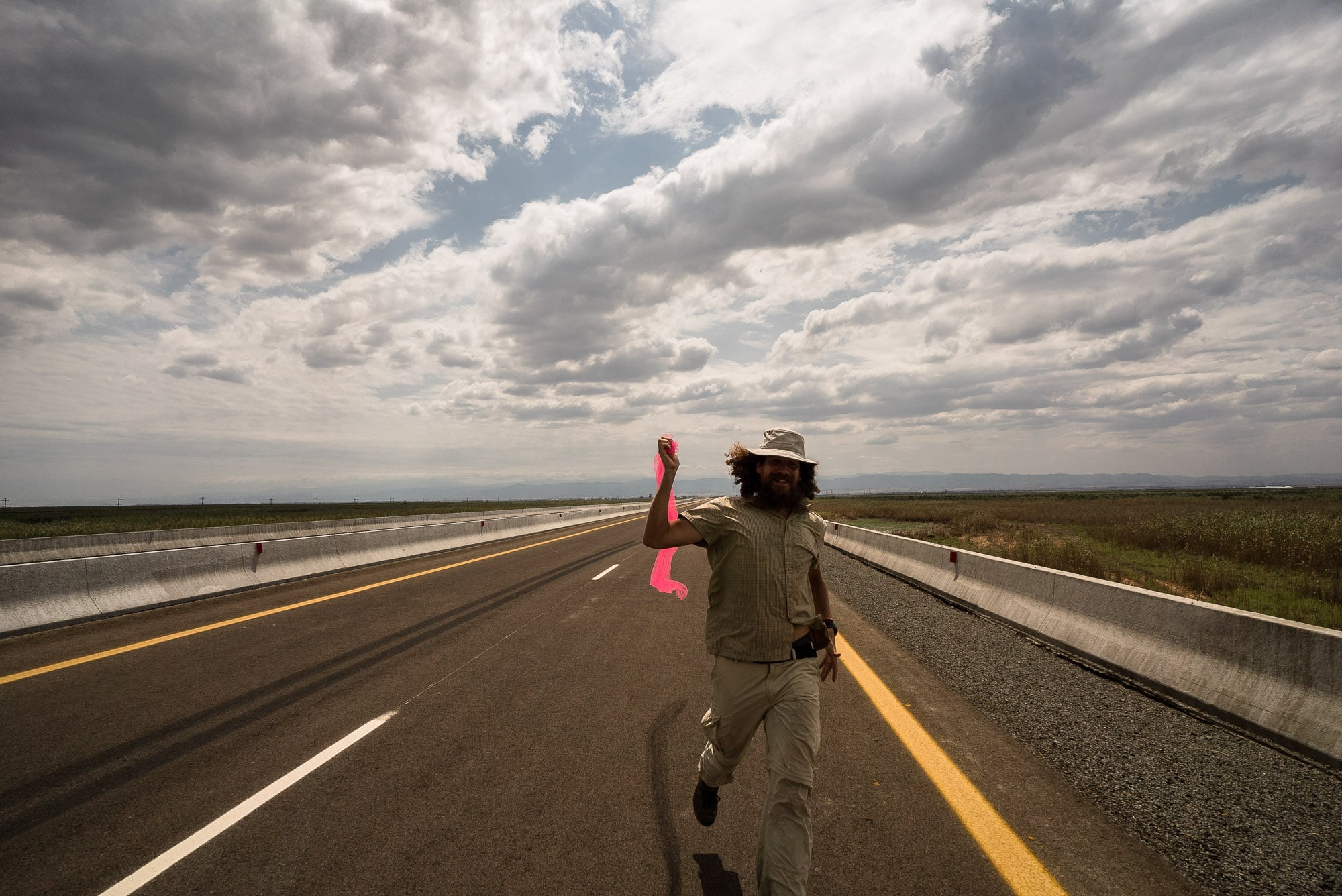 I think maybe it is. 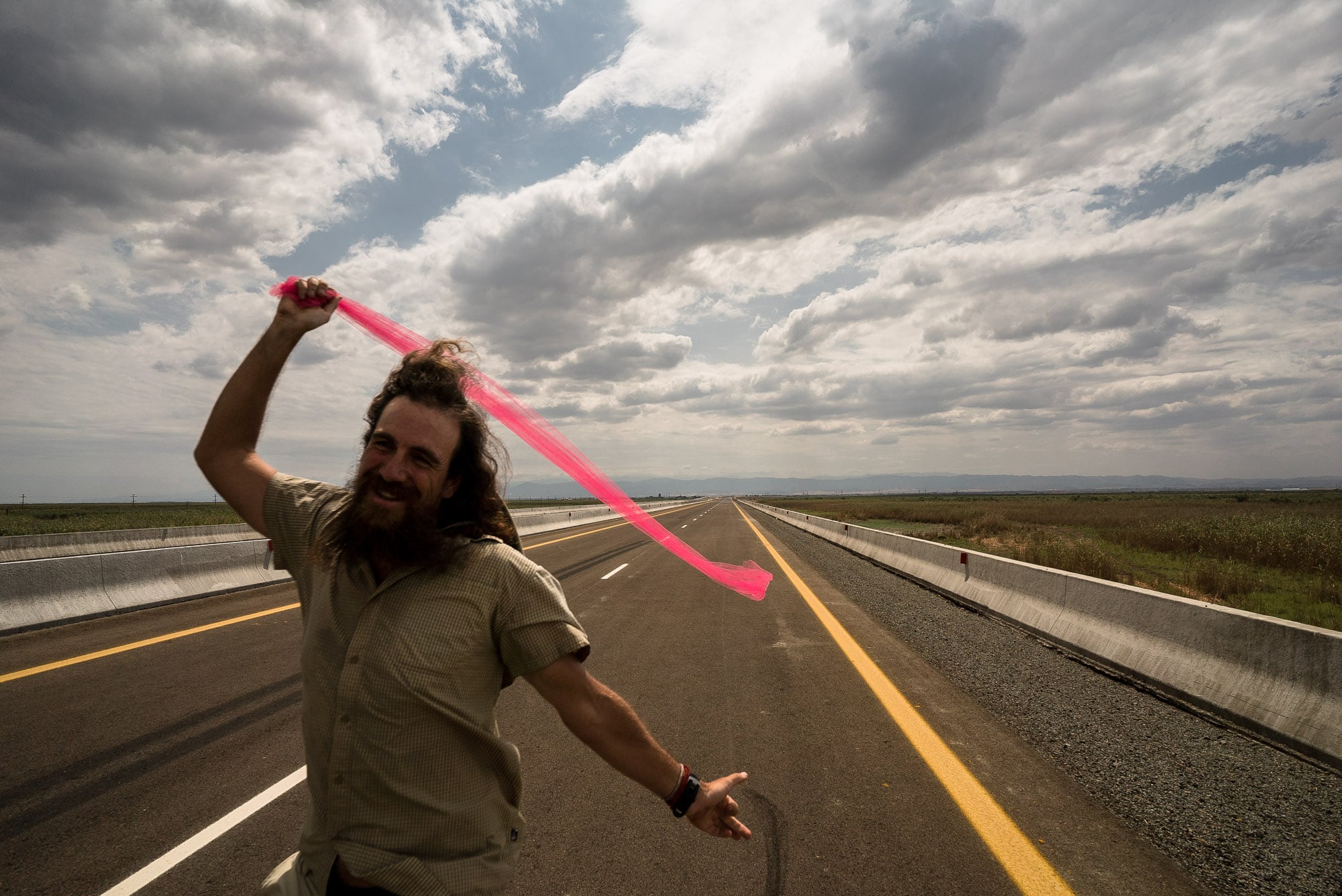 There was a cow who gave me a funny look: 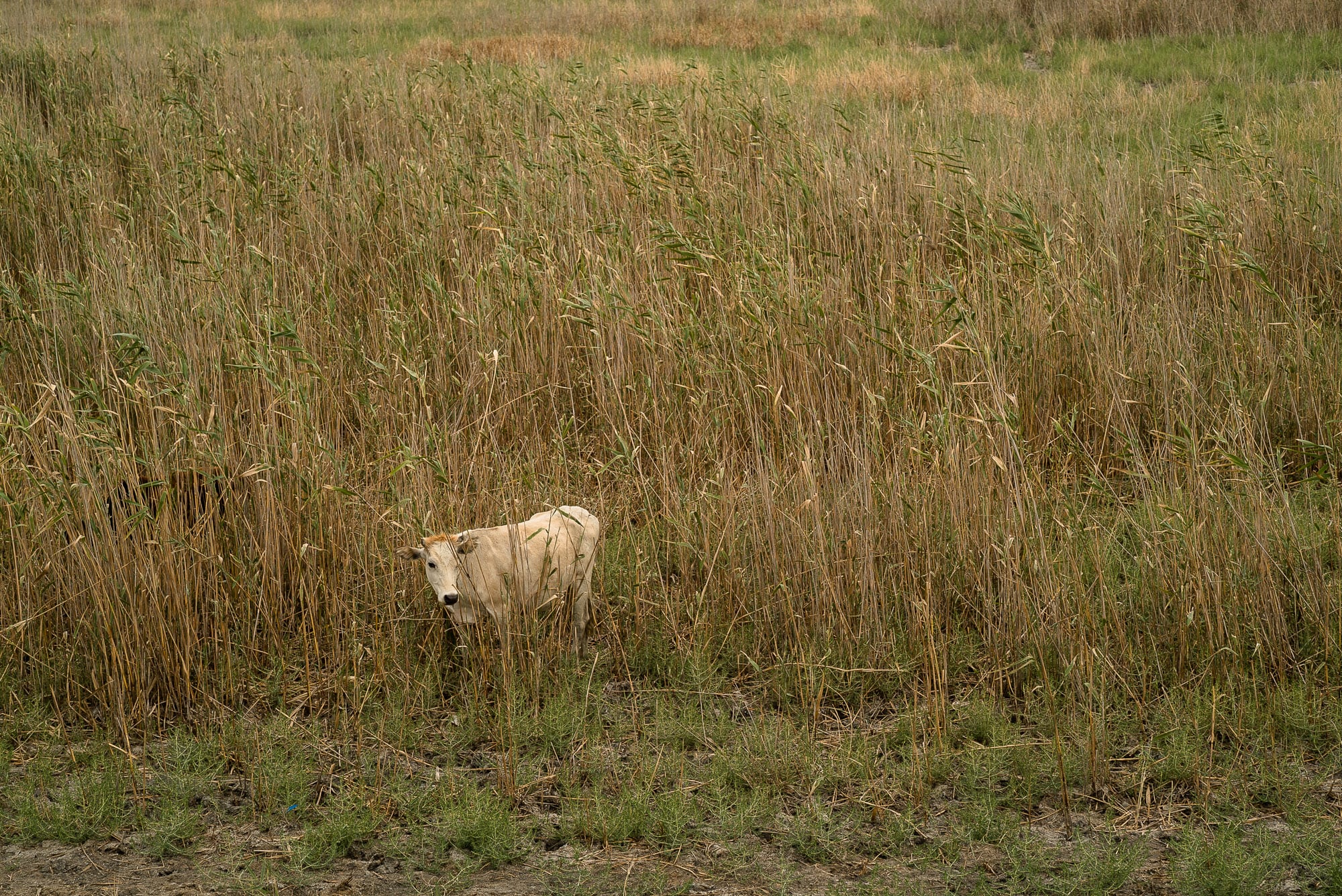 And after that, with the heat and the remaining alcohol in my system, and with the fatigue from the night before, walking became very, very difficult: 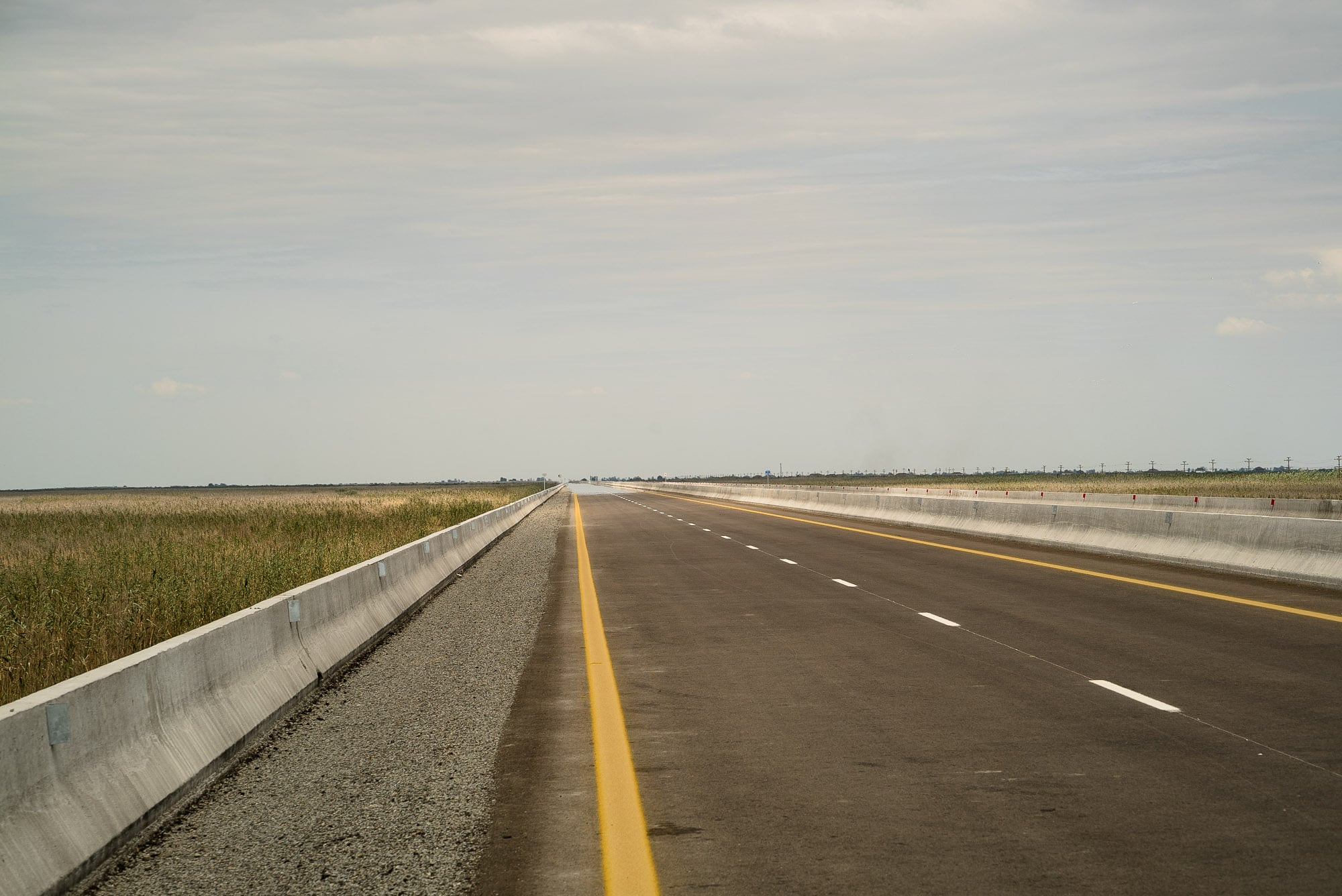 I dragged on, looking left and right at times to check if the scenery had changed: 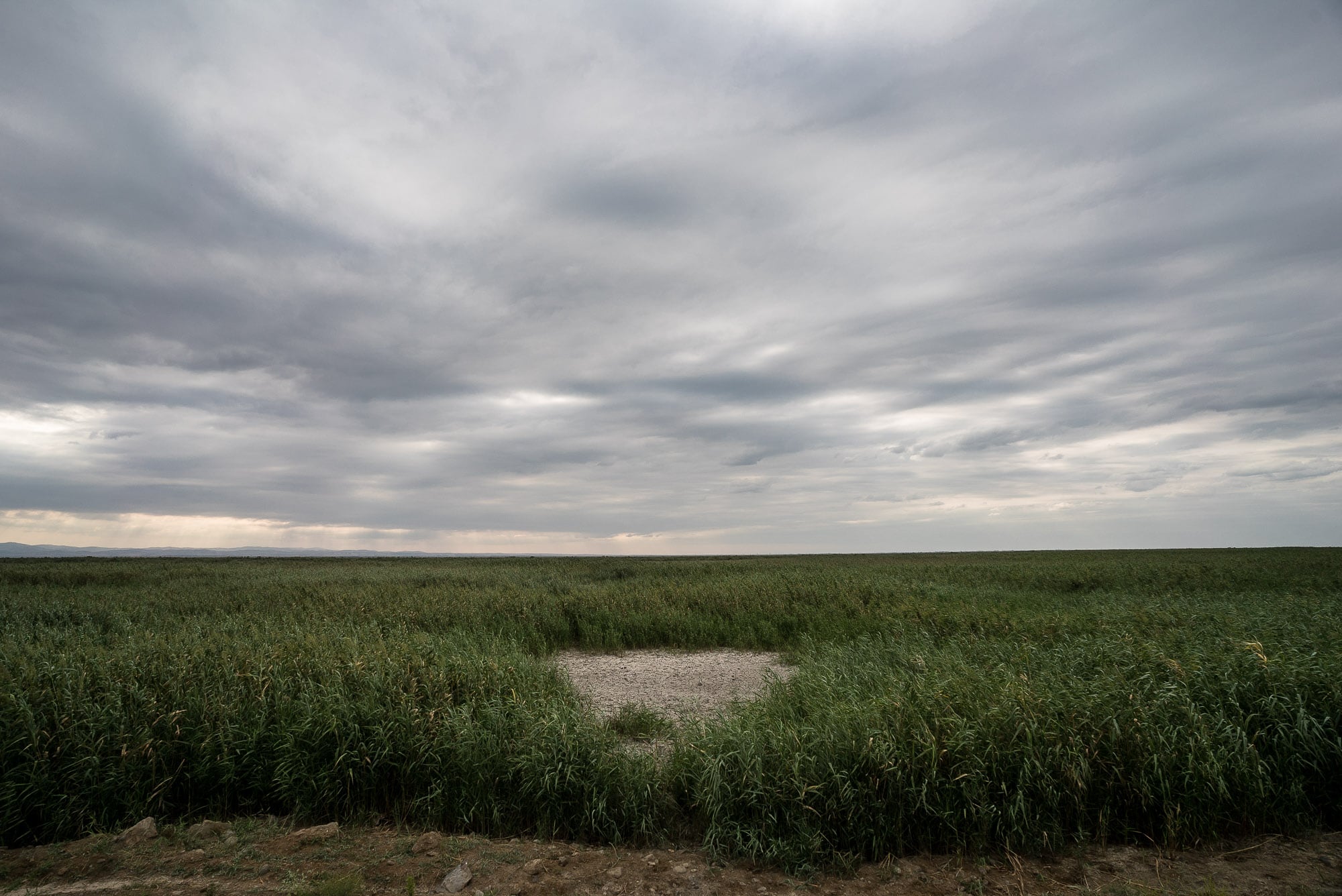 There were no people around at all, though sometimes I would see things they had left behind: 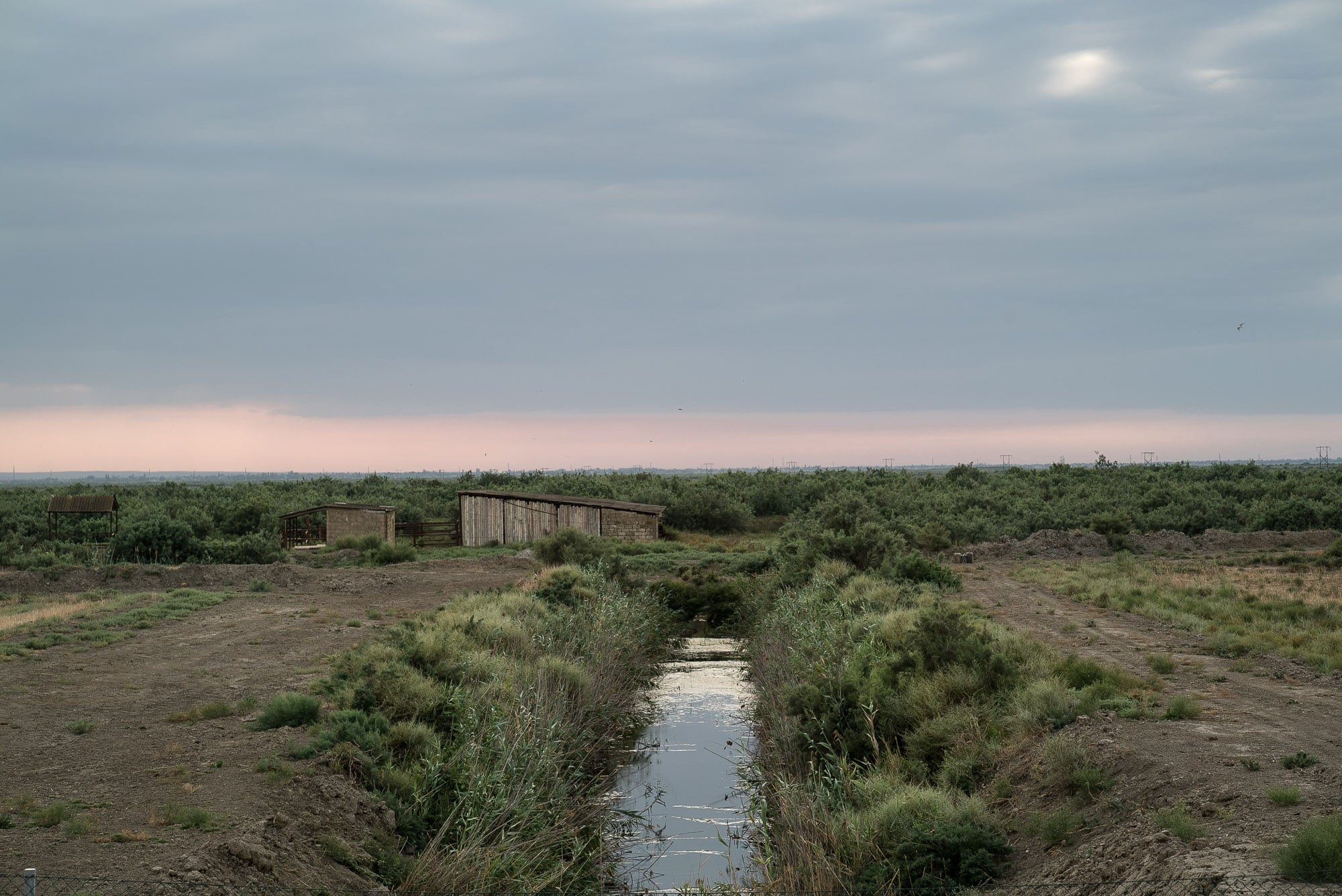 The Caboose felt a lot heavier than usual: 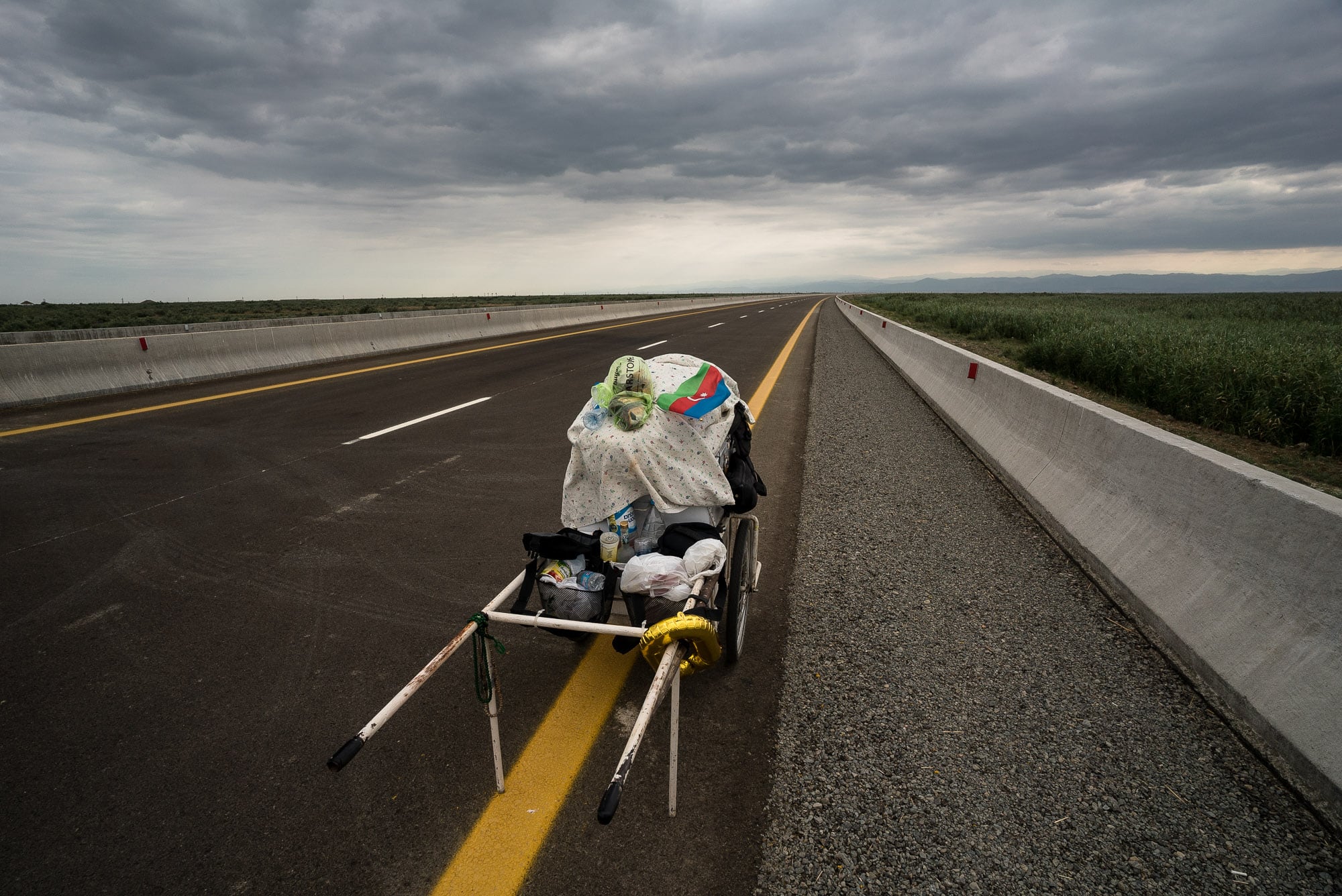 And one time there was another cow that gave me a funny look, only this time she had somehow got onto the highway: 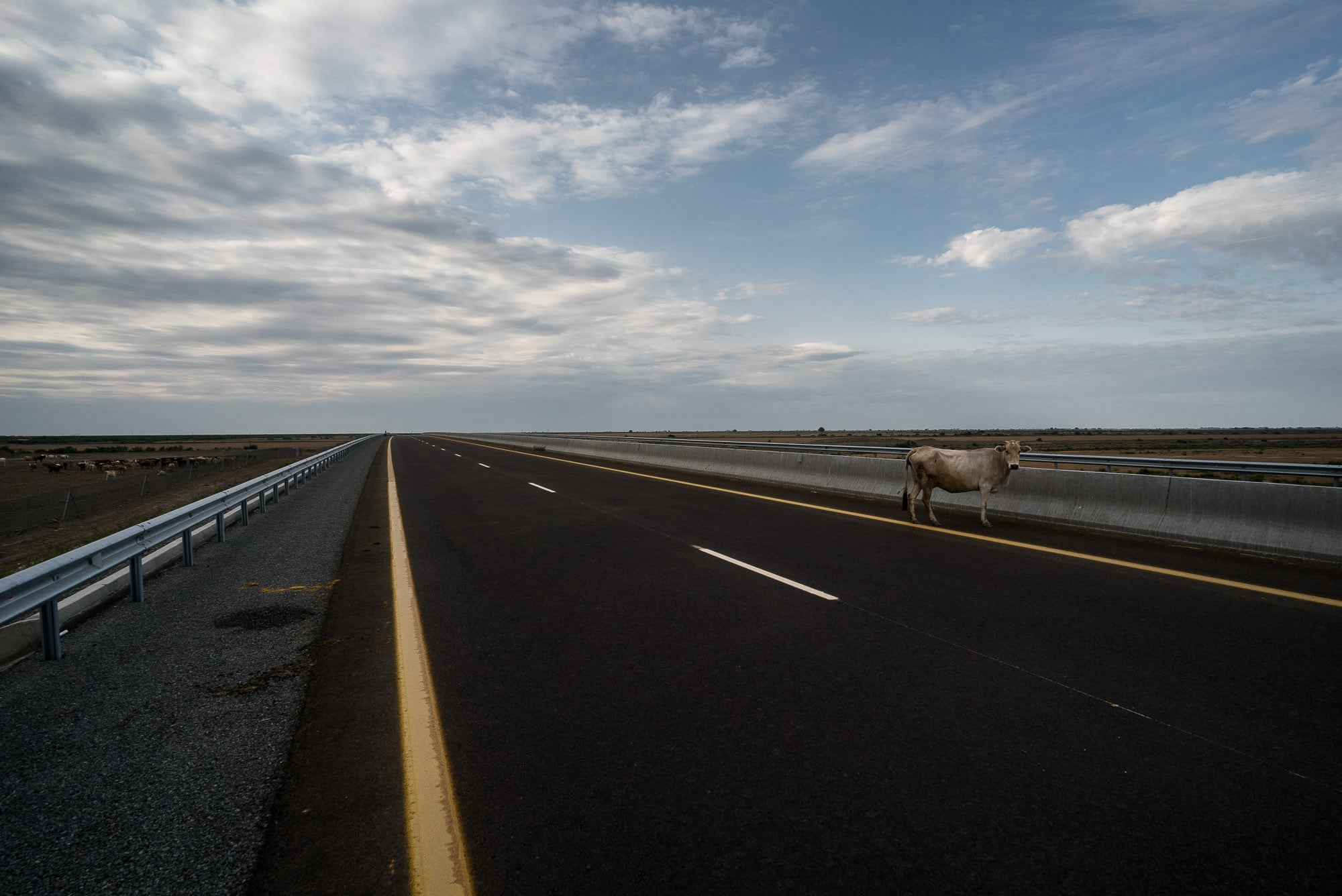 I saw my first snake in the afternoon (it quickly hid under a rock): 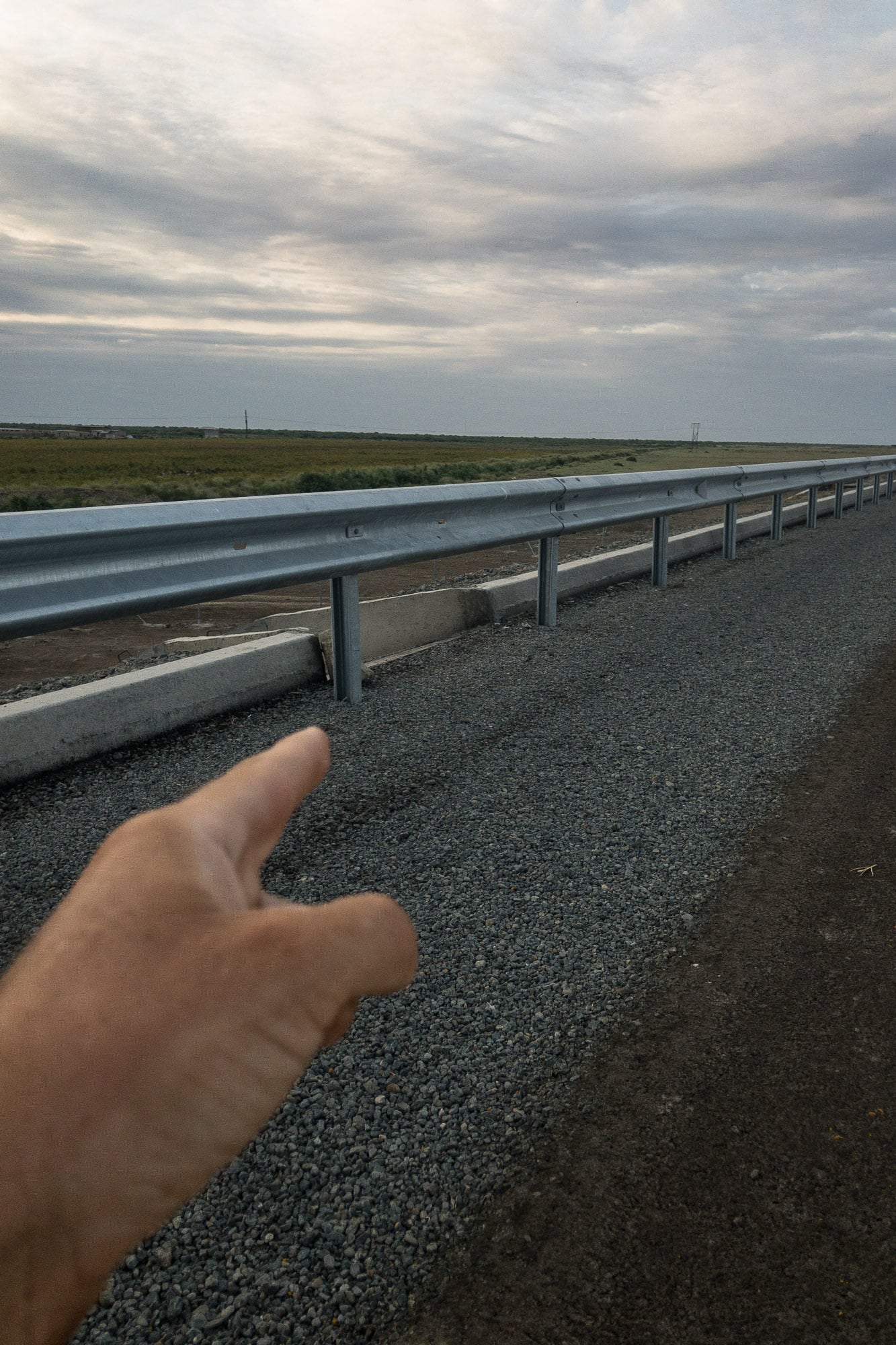 I saw the second one shortly thereafter: 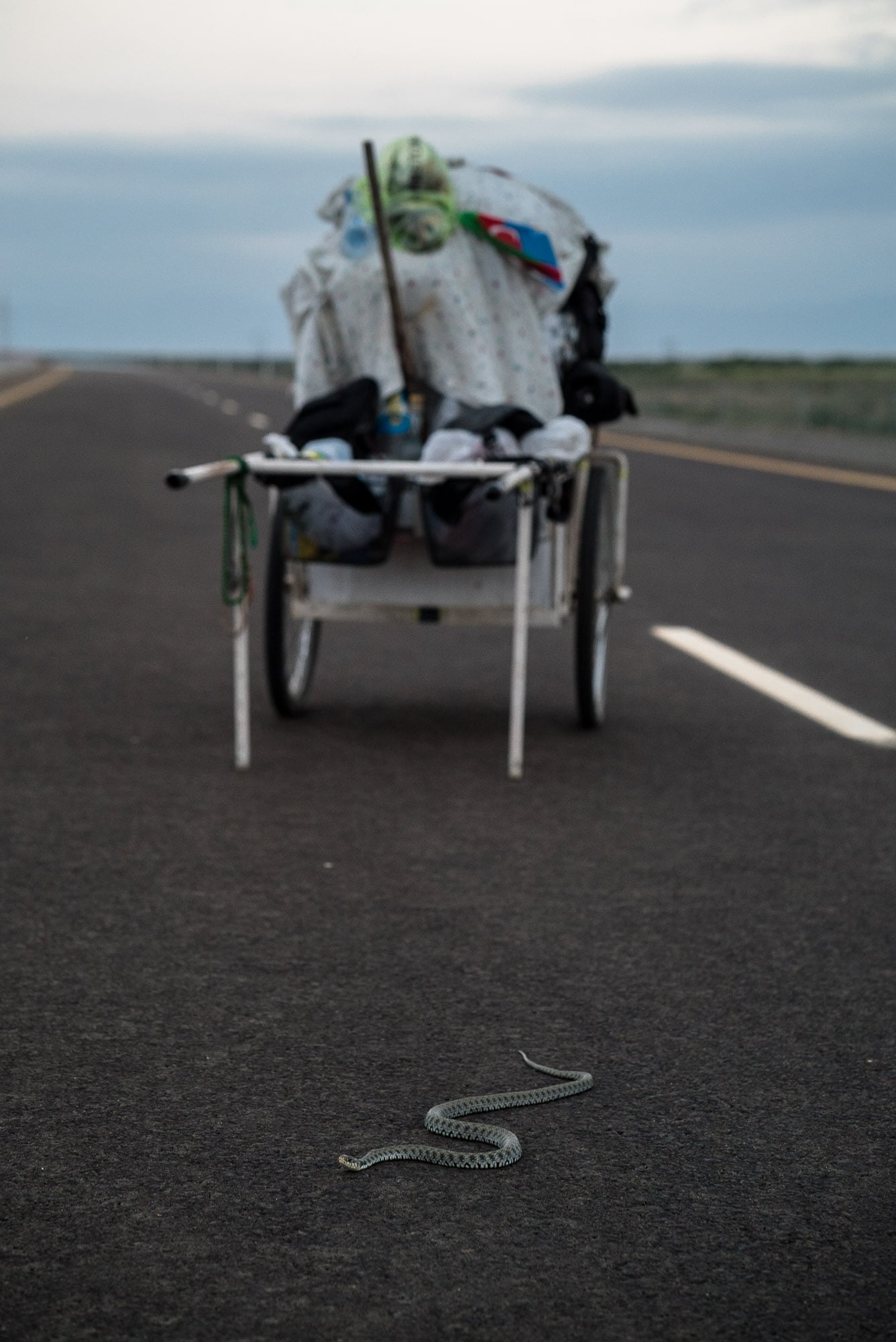 By now the highway had shown me its true face. It wasn’t planning on going straight towards the old road and load me off there, as I had been sure it would. Instead, it went on and on, meandering to the north. I cursed the highway, but what could I do? I was trapped on it.

At some point the sun went down: 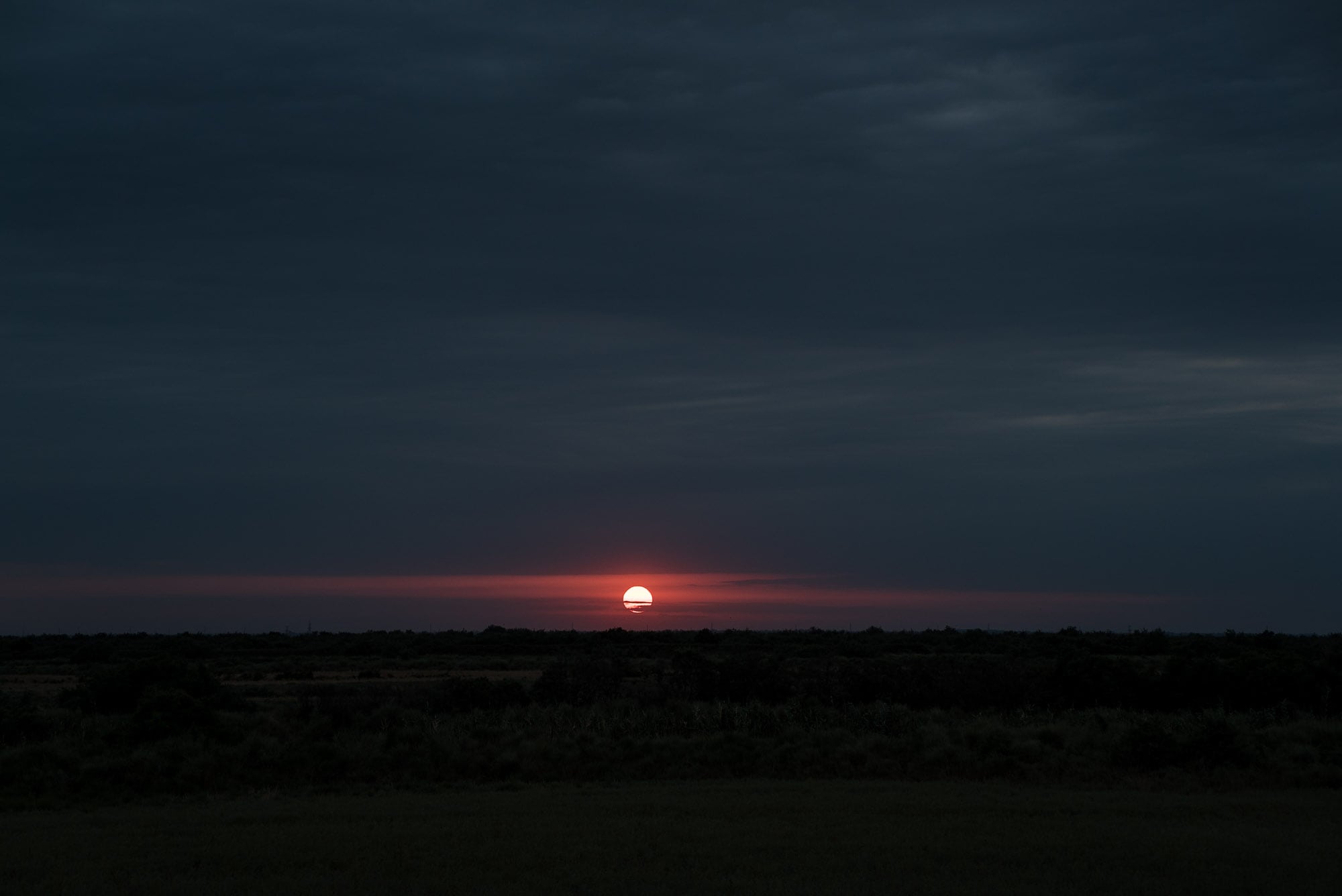 Then the darkness came: 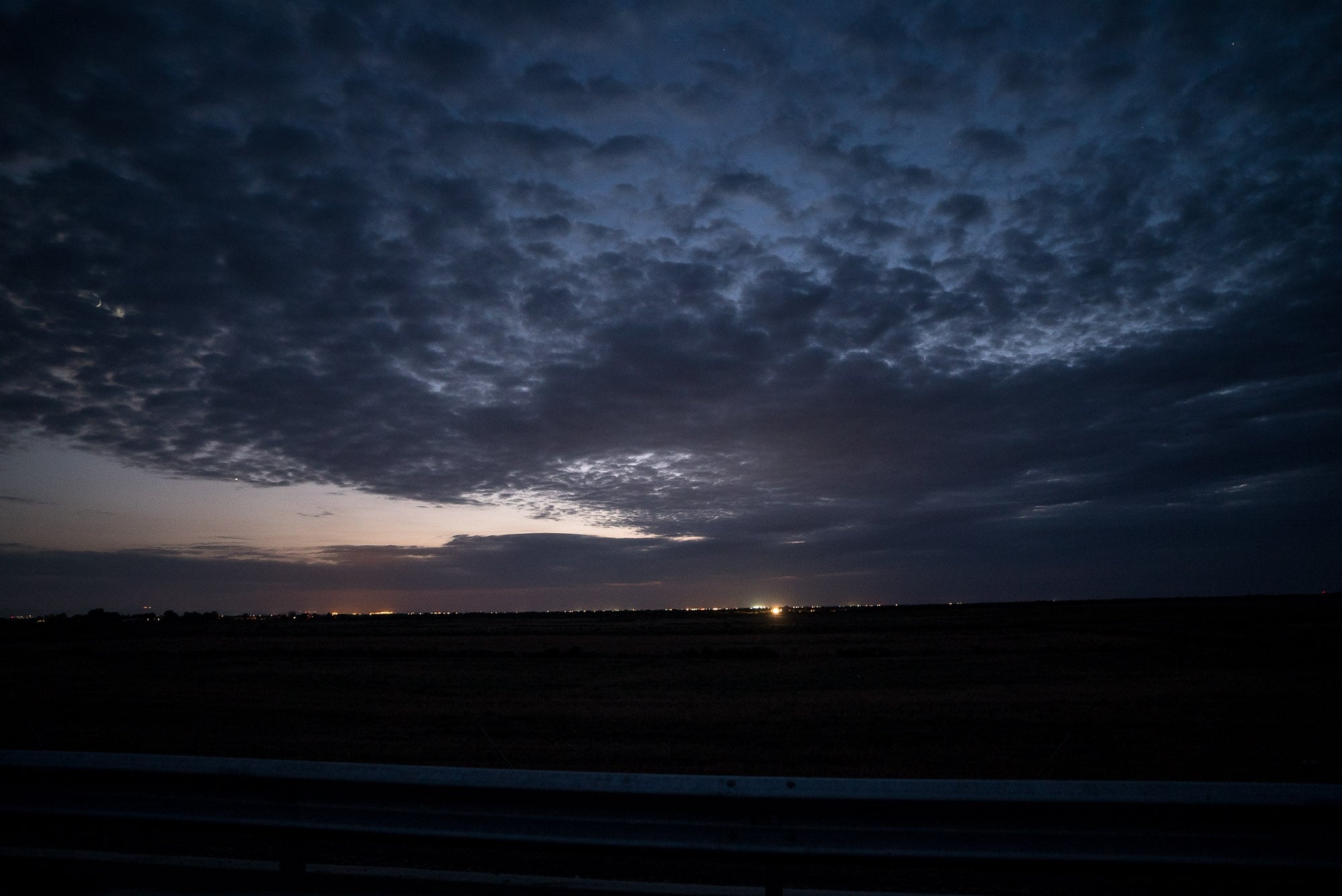 And then it was just snakes, snakes, and more snakes: 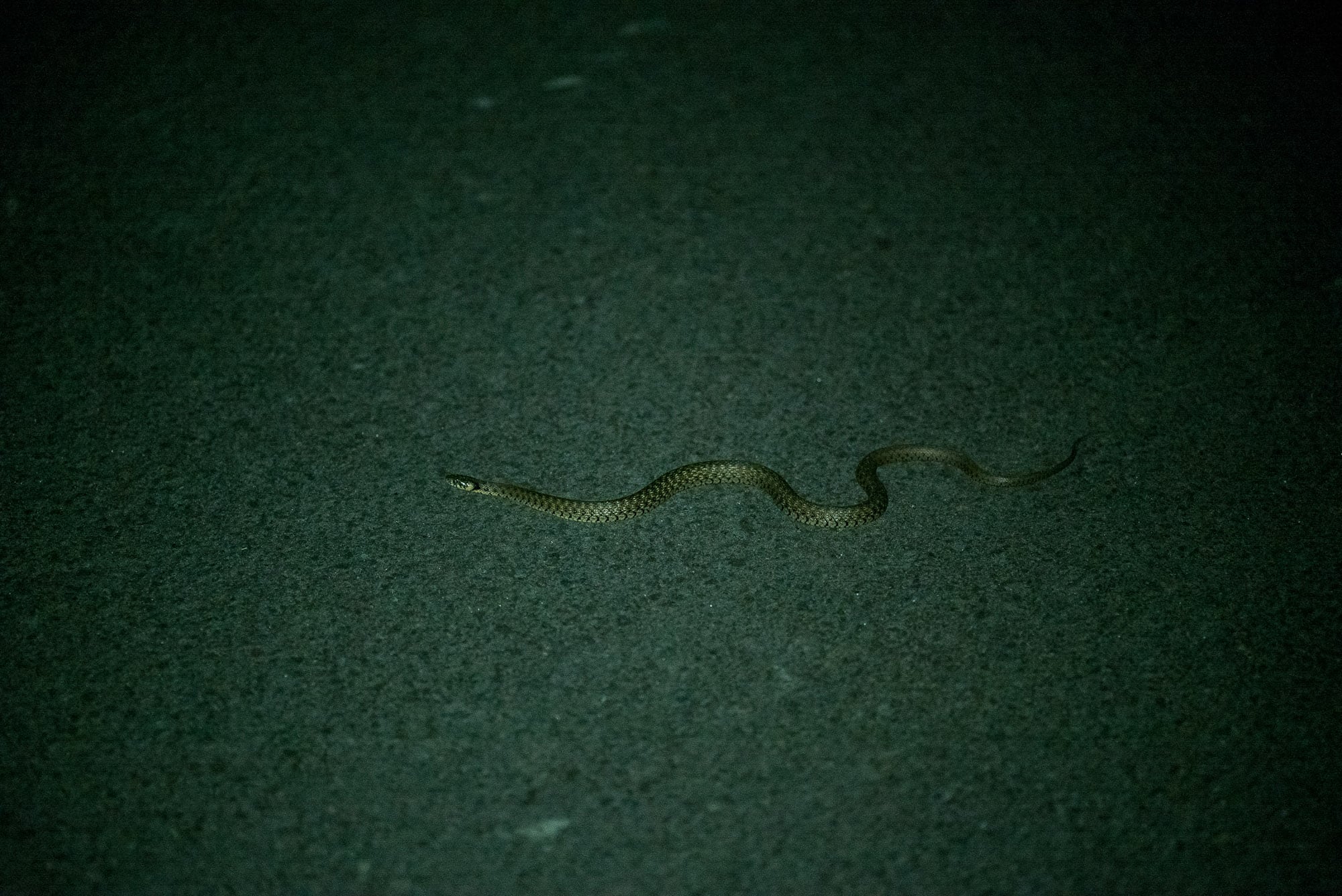 I counted a minimum of 16. And one tortoise.

It was all very odd, and a wave of despair overcame me when I finally reached a barricade that was so big that it forced me to go three kilometers back in order to find a hole in the divider and cross over onto the other side of the highway: 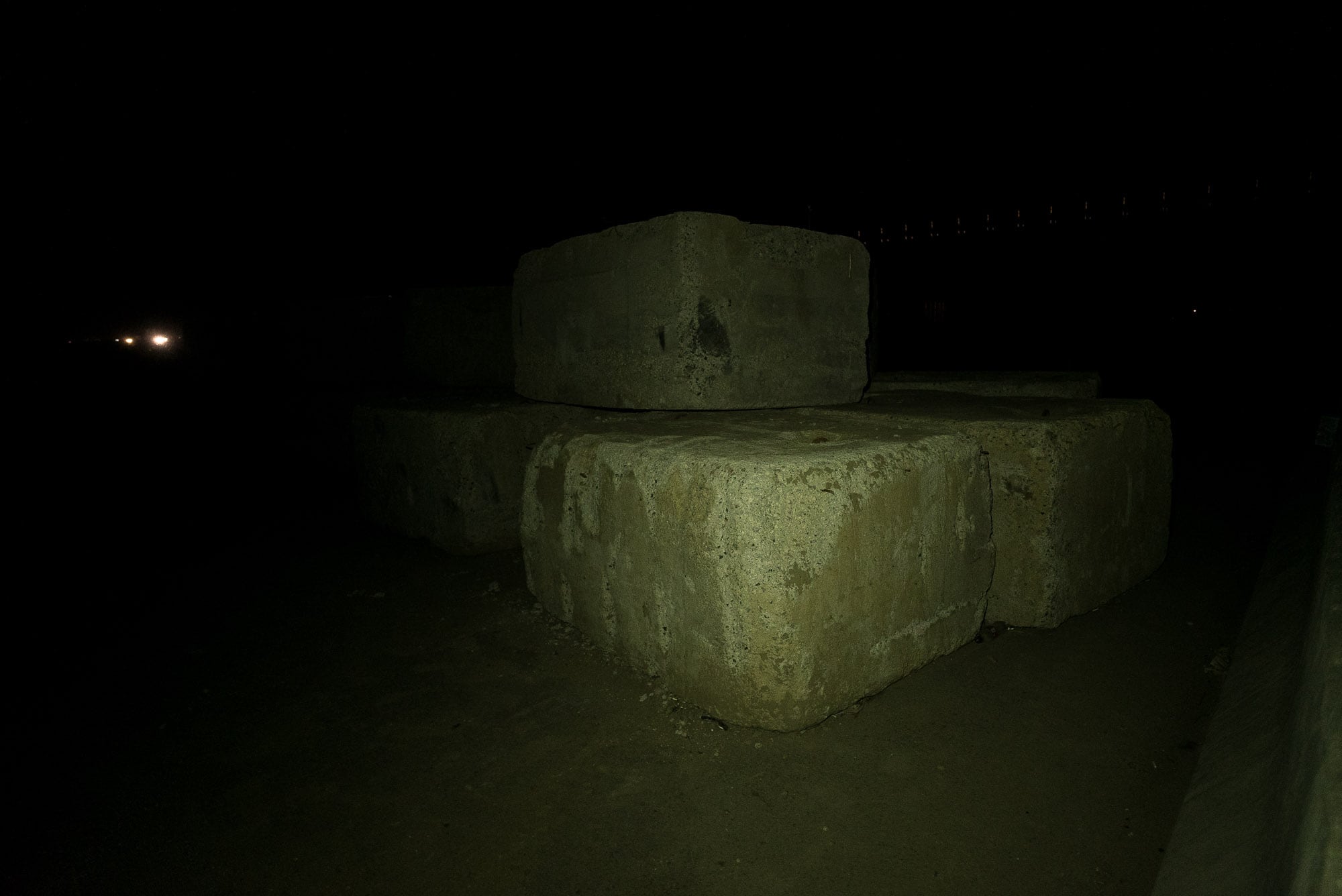 By this time I had almost run out of water. But I pitched my tent anyway.

Day 1203
from the bridge to the next bridge

Activity: walking
Soundtrack: an Azerbaijani song that I don't know