Leaving Iran meant missing my friends and the fantastic stew dishes. But it also meant being finally able to legally drink again.

With this in mind, I had purchased a bottle of local vodka that had looked at me and said “buy me, Chris, look at how pretty I am, Chris, buy me, buy me, buy me!”: 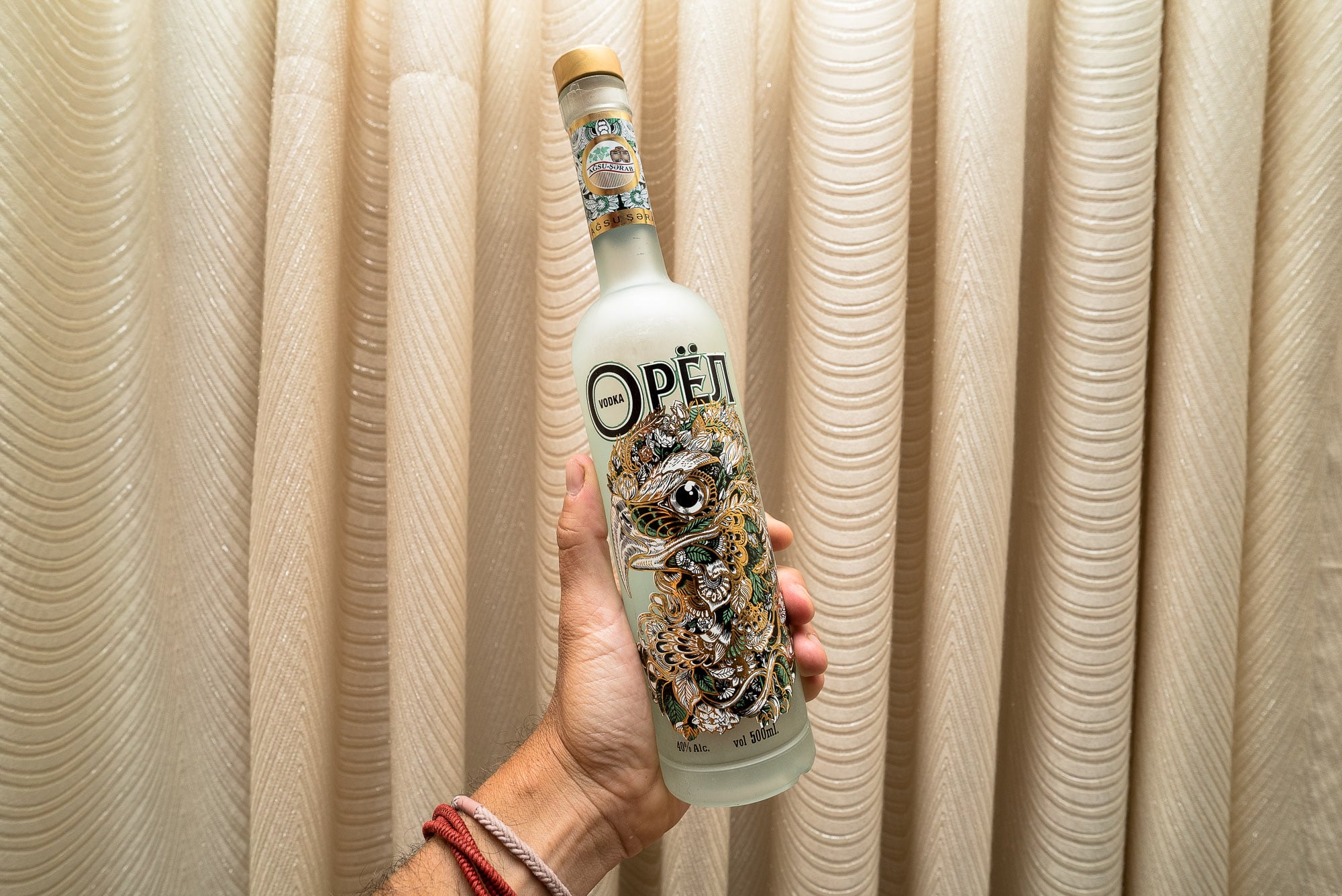 It was called Orel (Орёл), which meant “eagle”, and I will post a detailed review over at SlowerPulse at a later date.

Besides the occasional sip from the V, I would also have beers. Not many, though. I would wait until the sun had gone down, and then I would go to the roundabout with the cars and the shops: 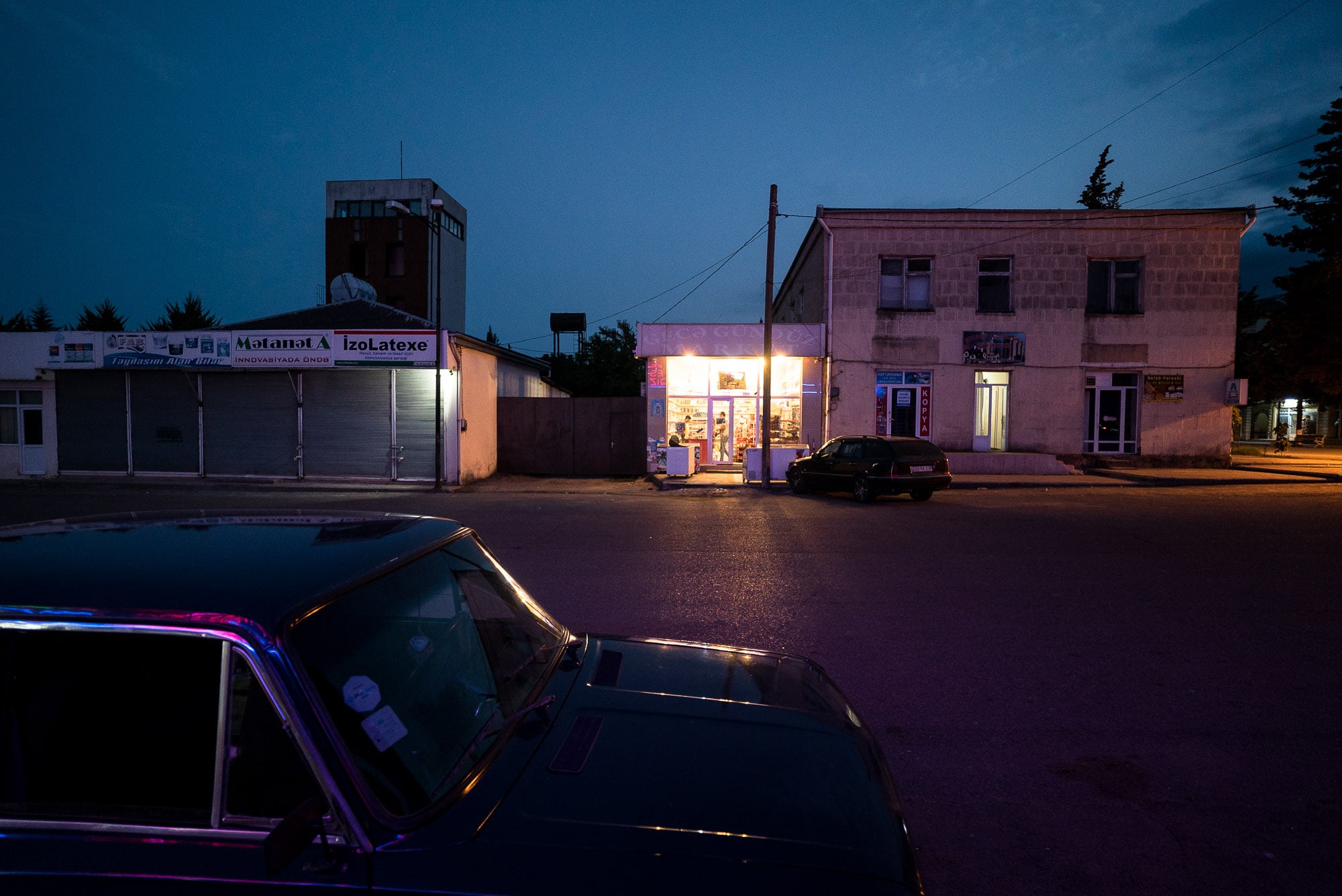 There, I would turn into a pedestrian zone and go to a döner takeaway: 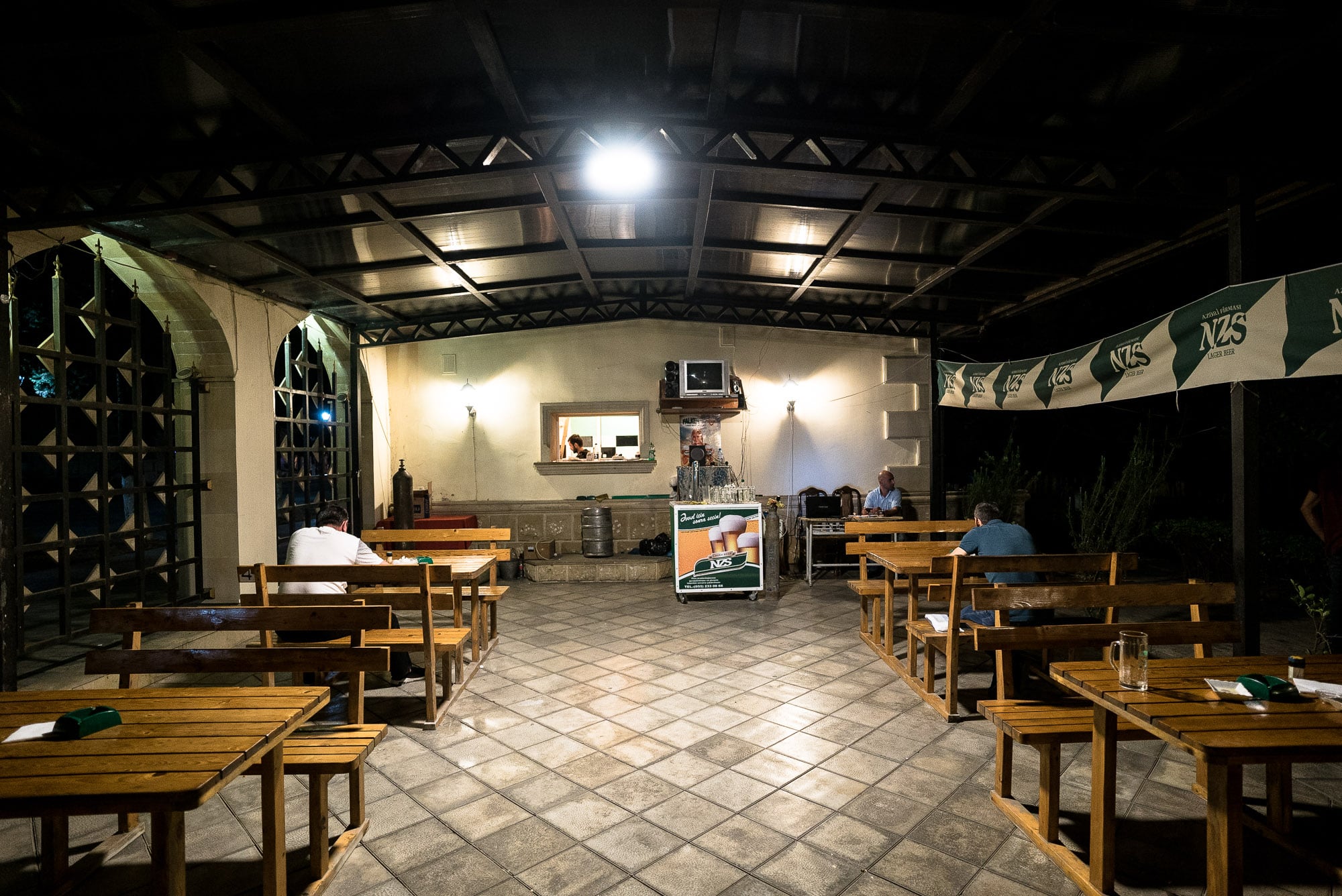 The food was good, and the takeaway was connected to a sort of beer garden: 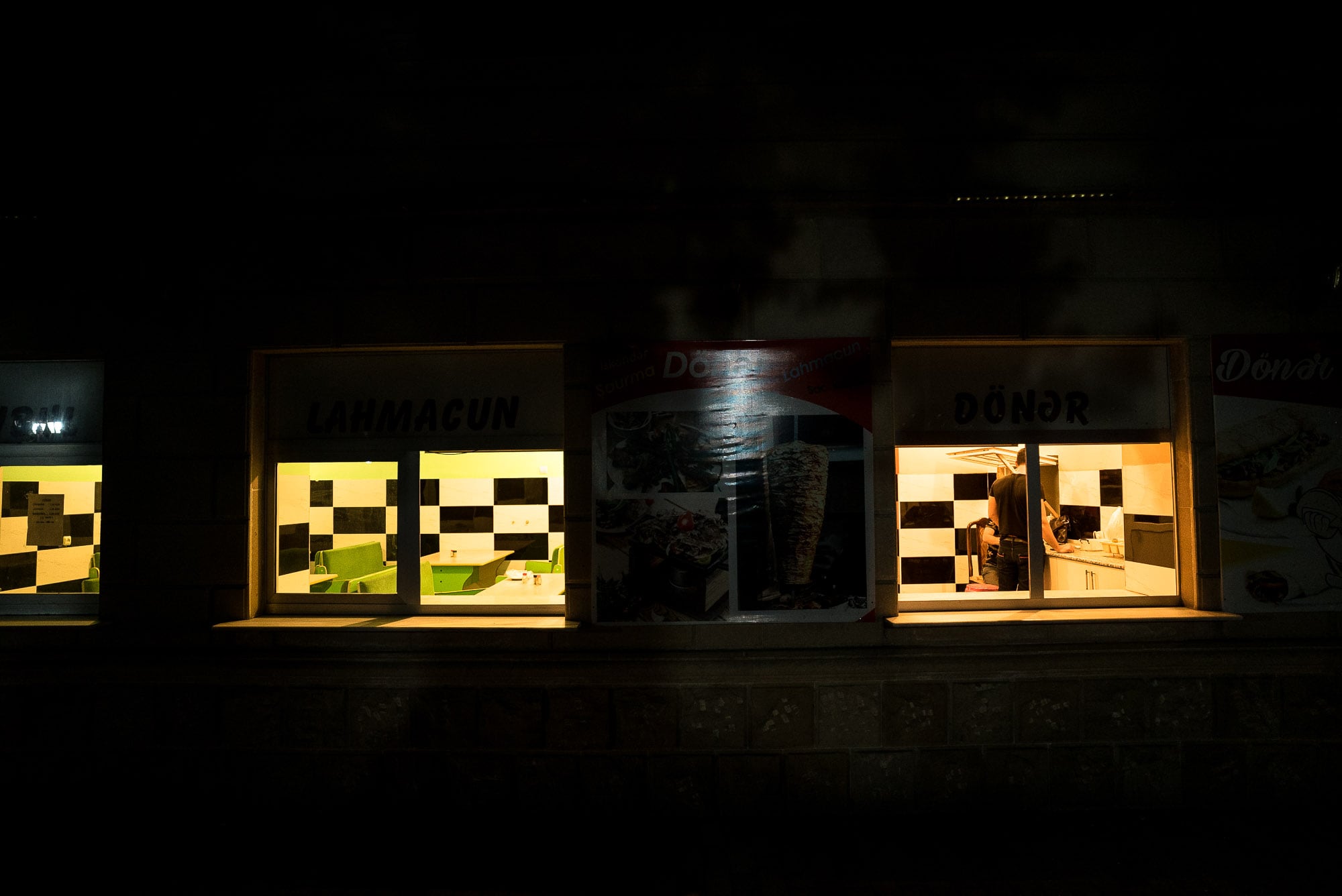 Every night I would get the same: 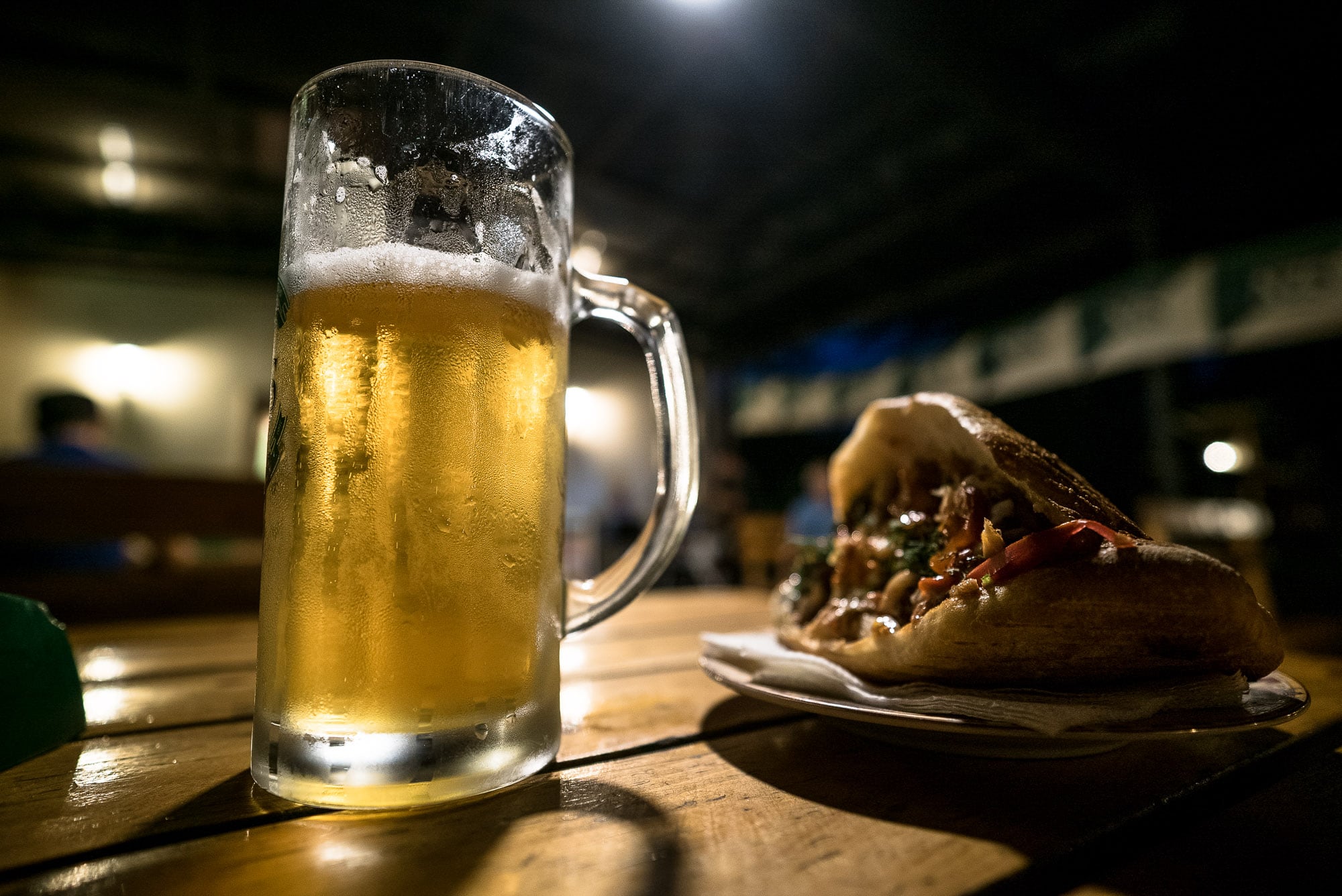 One beer, one döner.