Money was scarce in Iran. The value of the Rial was plummeting, and people were worried about the future. And still, this friendly hotel manager had insisted on buying me dinner the night before: 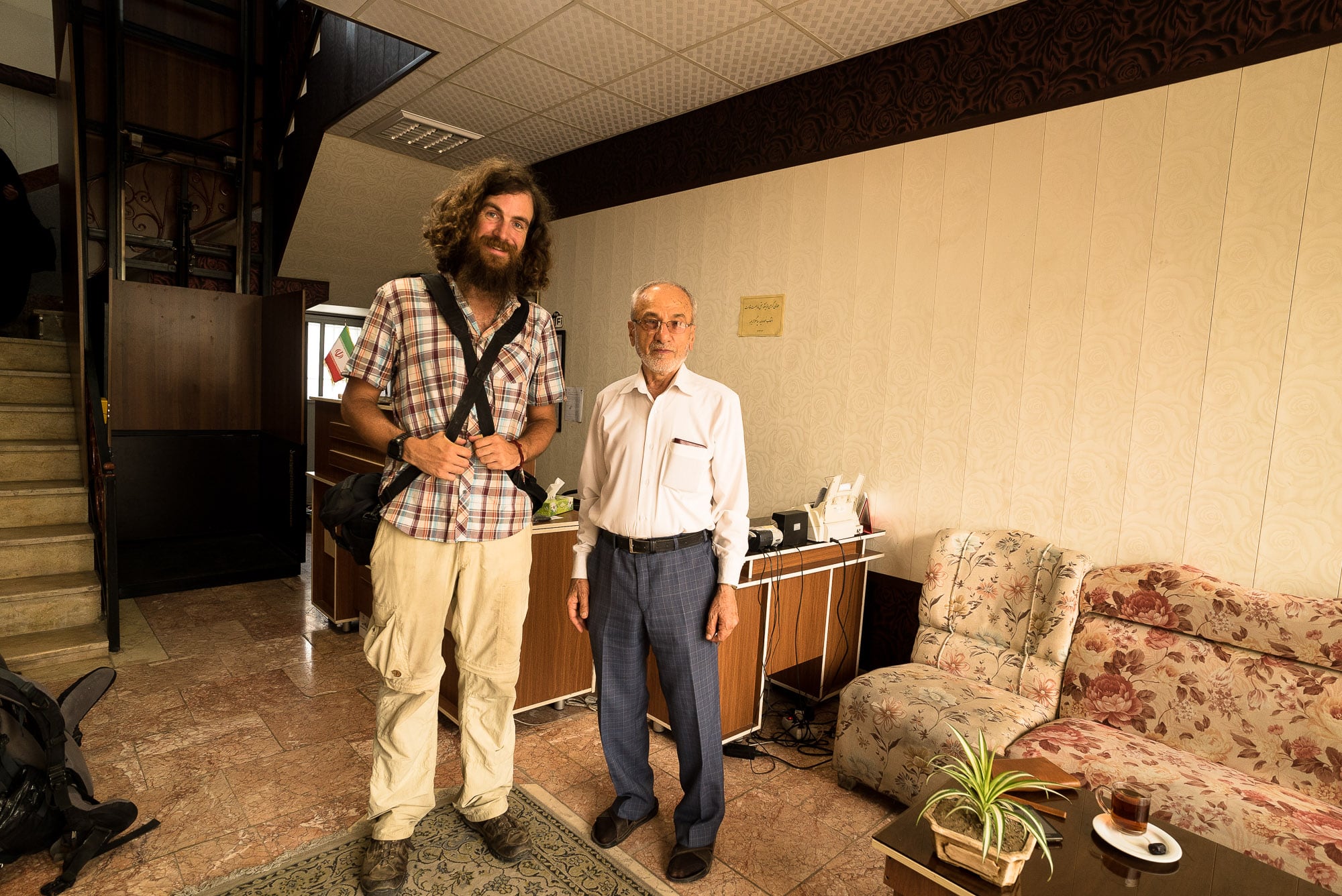 I left Kuchesfahan under a thick cover of clouds: 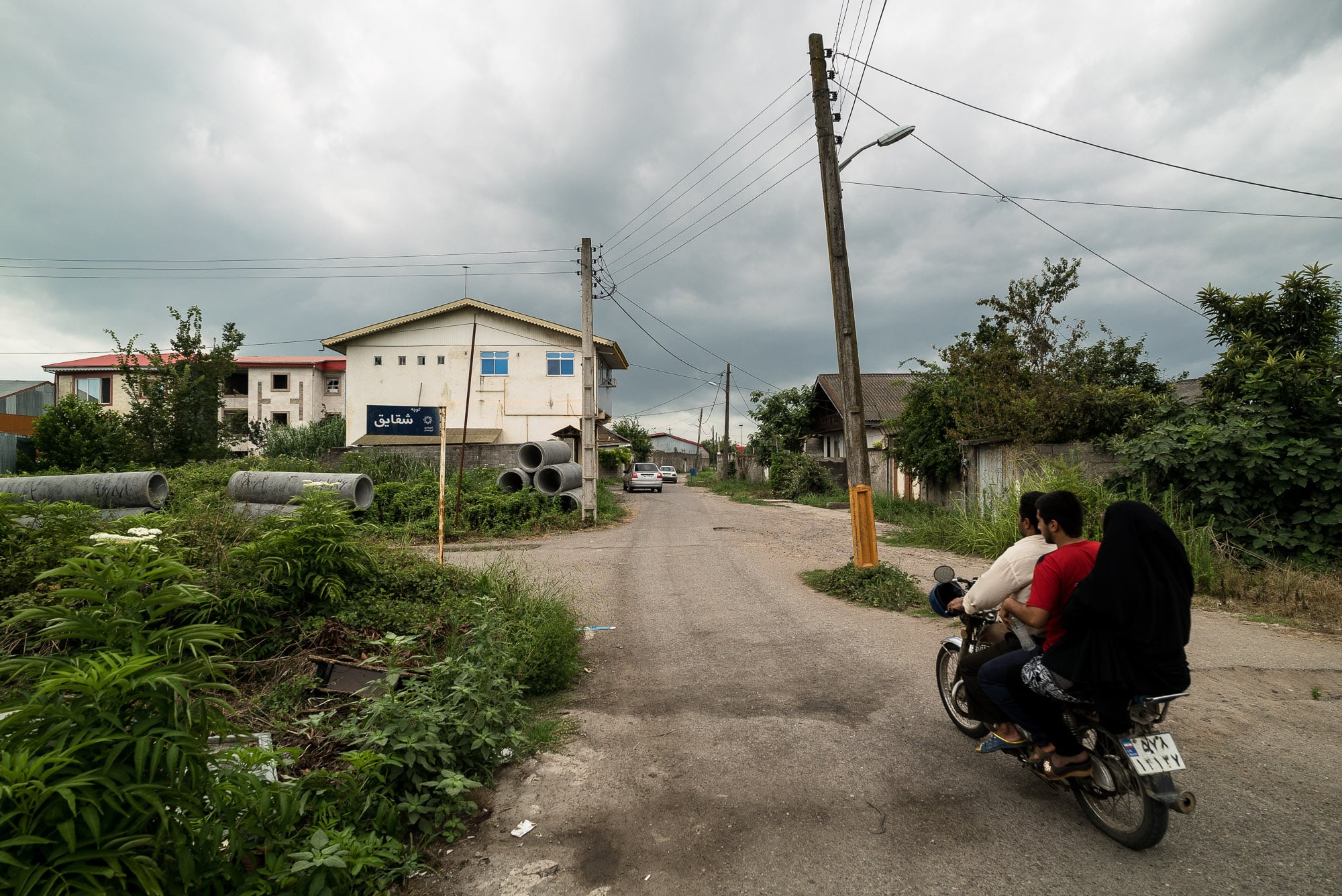 These little dudes caught up with me as I was just leaving town: 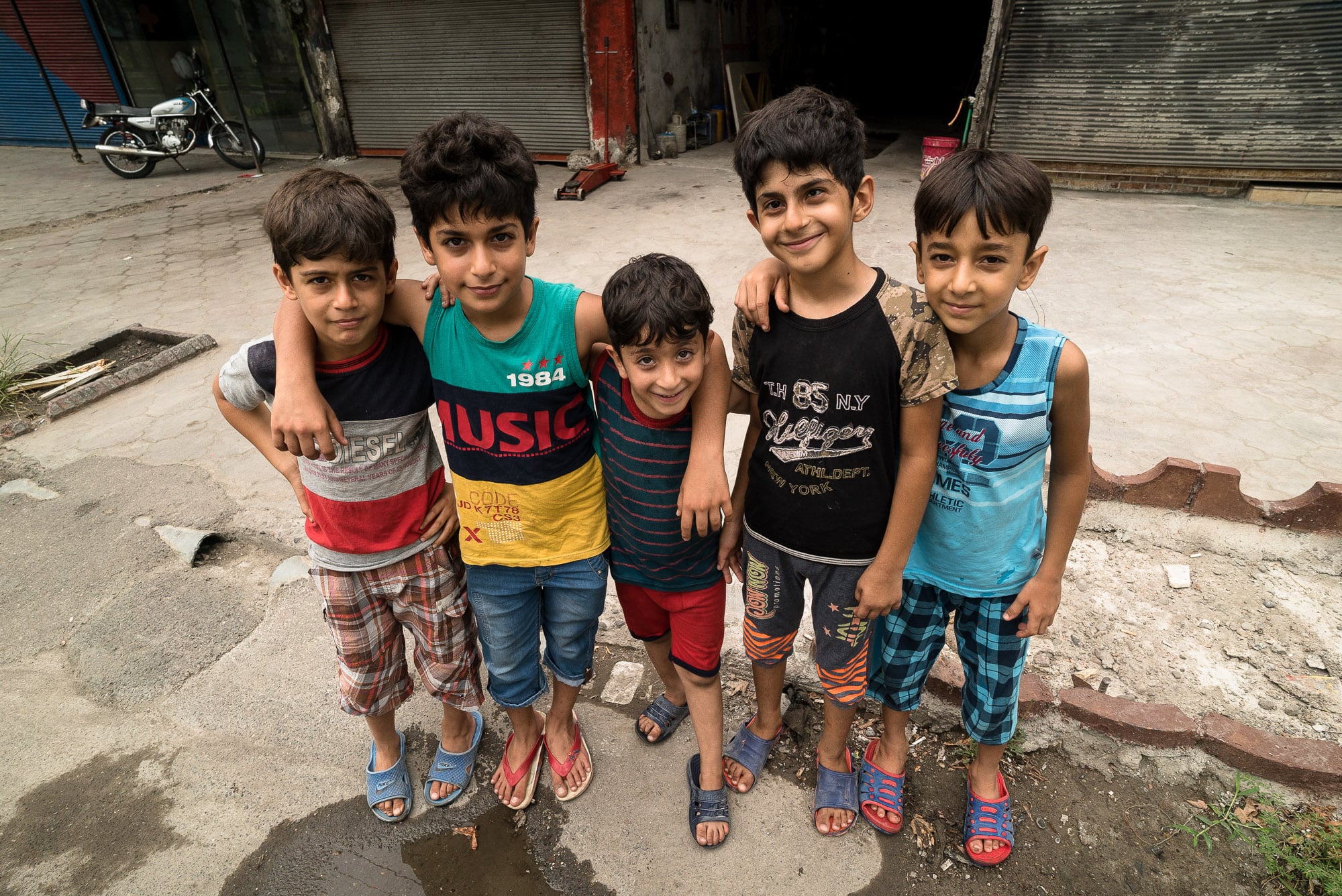 We talked for a while, which was a bit difficult because I didn’t speak much Farsi. We would basically just throw words at each other and smile. But we had a good time.

Then I was back on the highway.

I looked longingly at the green fields and the little houses in the distance: 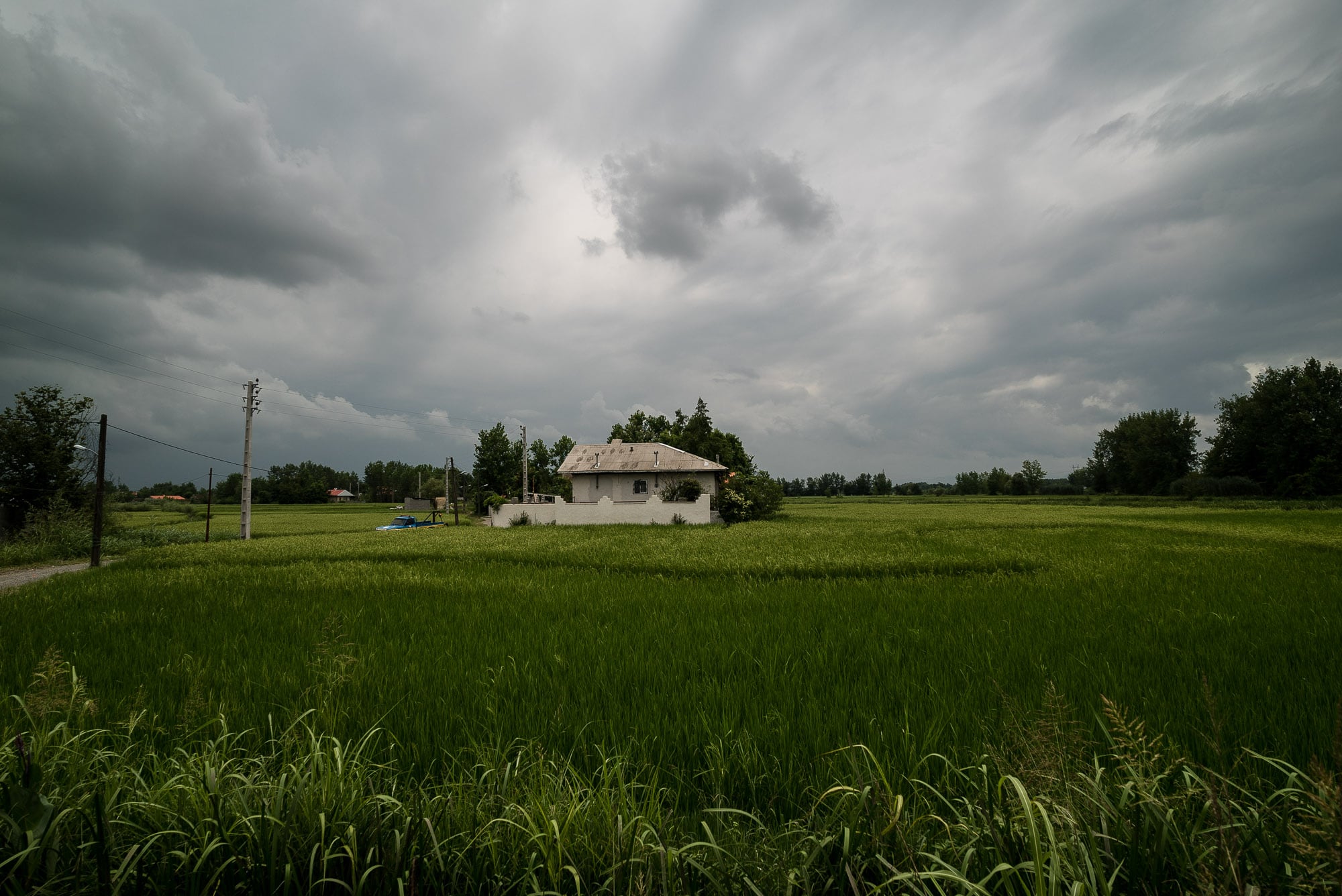 Sometimes there were weird buildings next to the road, but I did not care much for them: 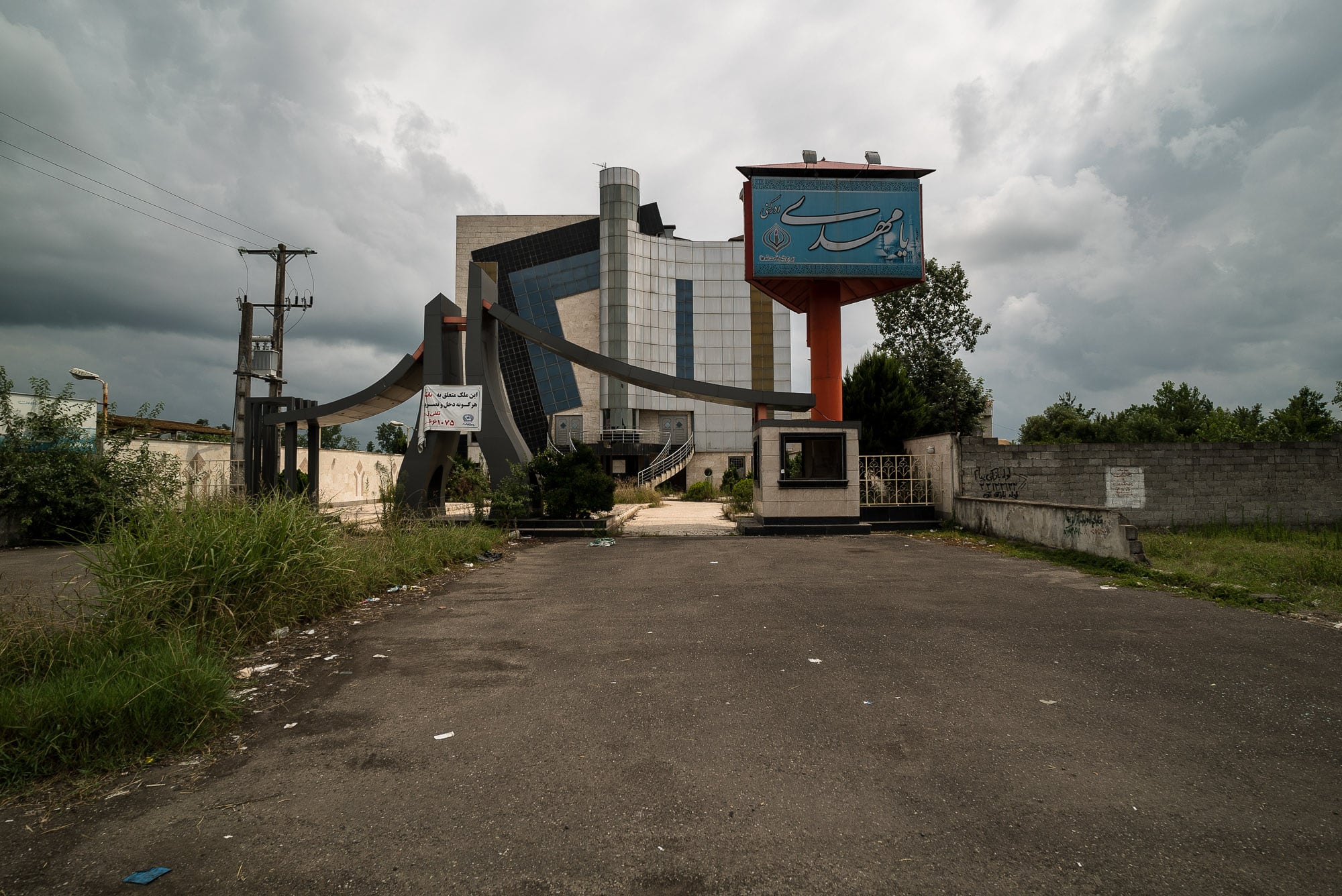 It was mostly just loud everywhere: 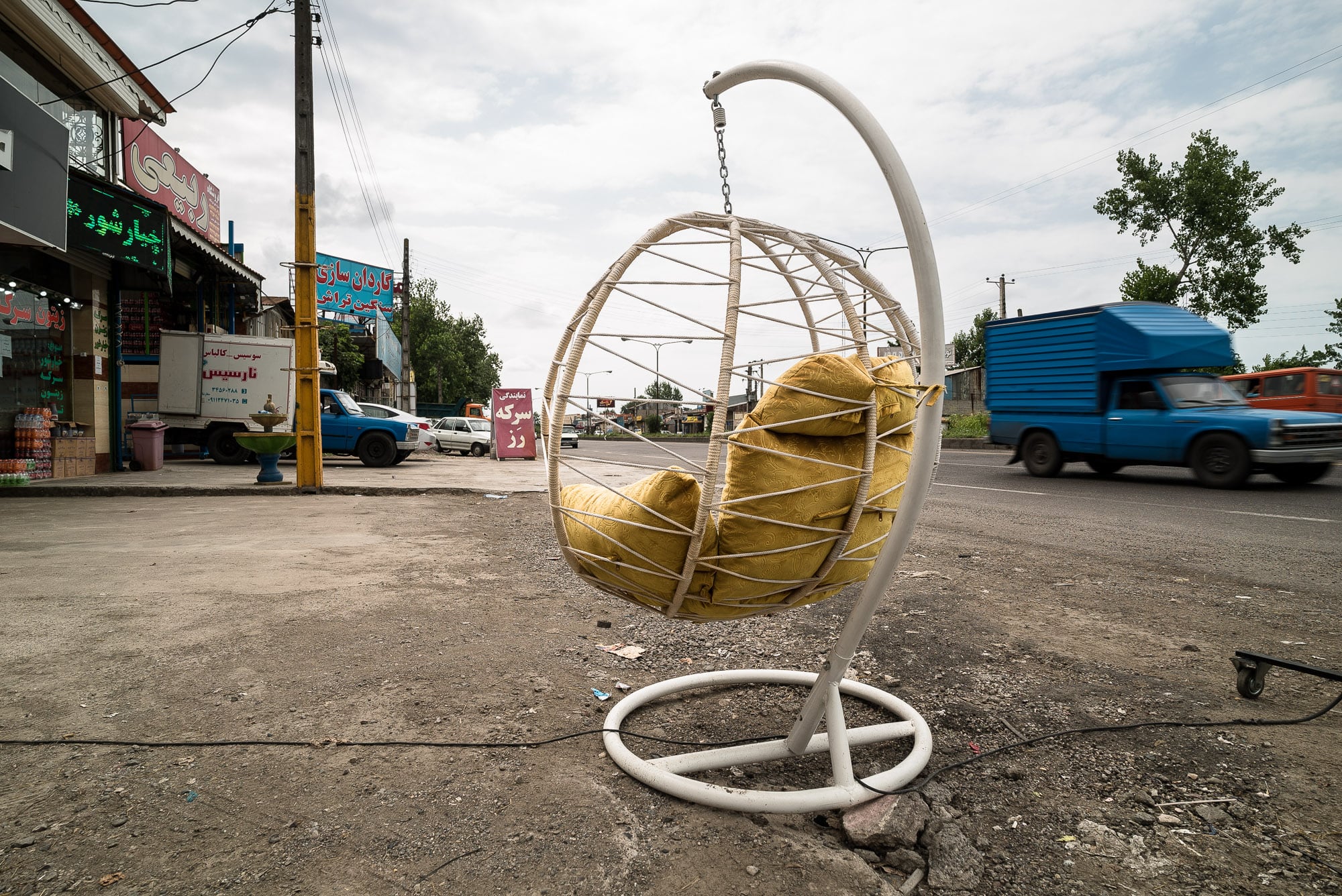 I had found a detour through the countryside on the map, so at one point I stocked up on peaches in this fruit shop: 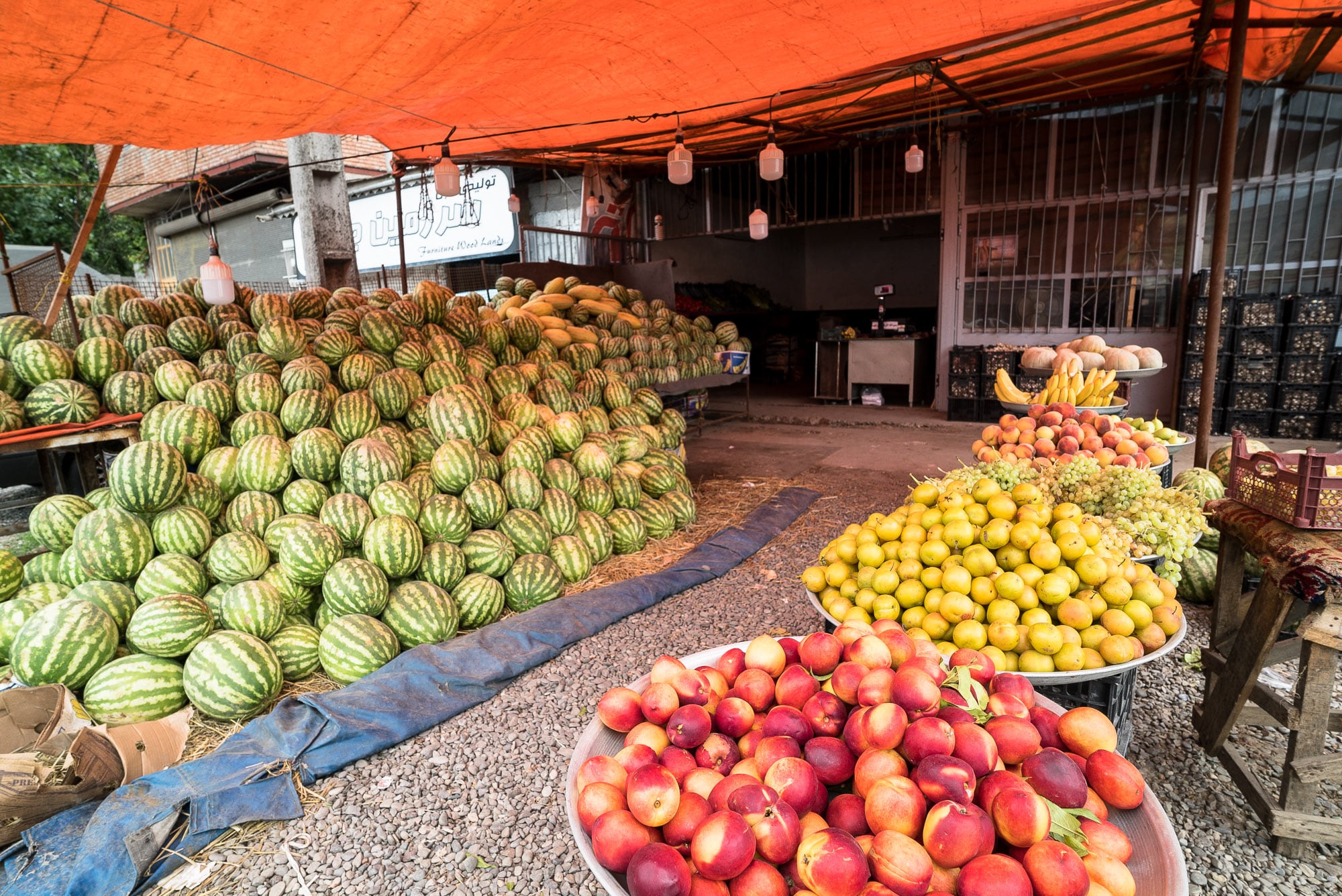 And then I was back on the gravel road: 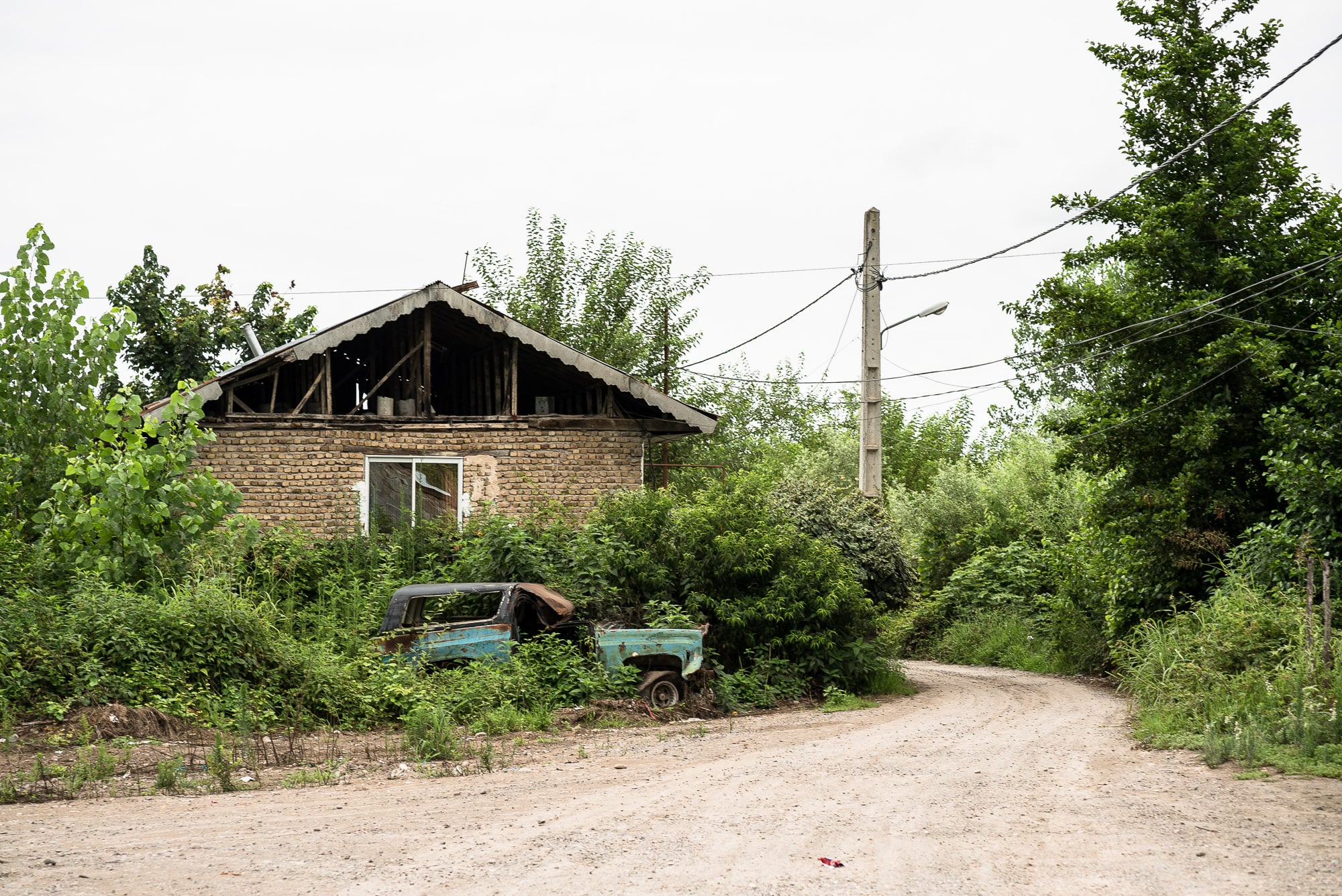 It was quiet. It was peaceful. I could hear the cicadas in the grass. It was awesome. I passed a recycling yard, and I thought that yes, this was awesome, too: 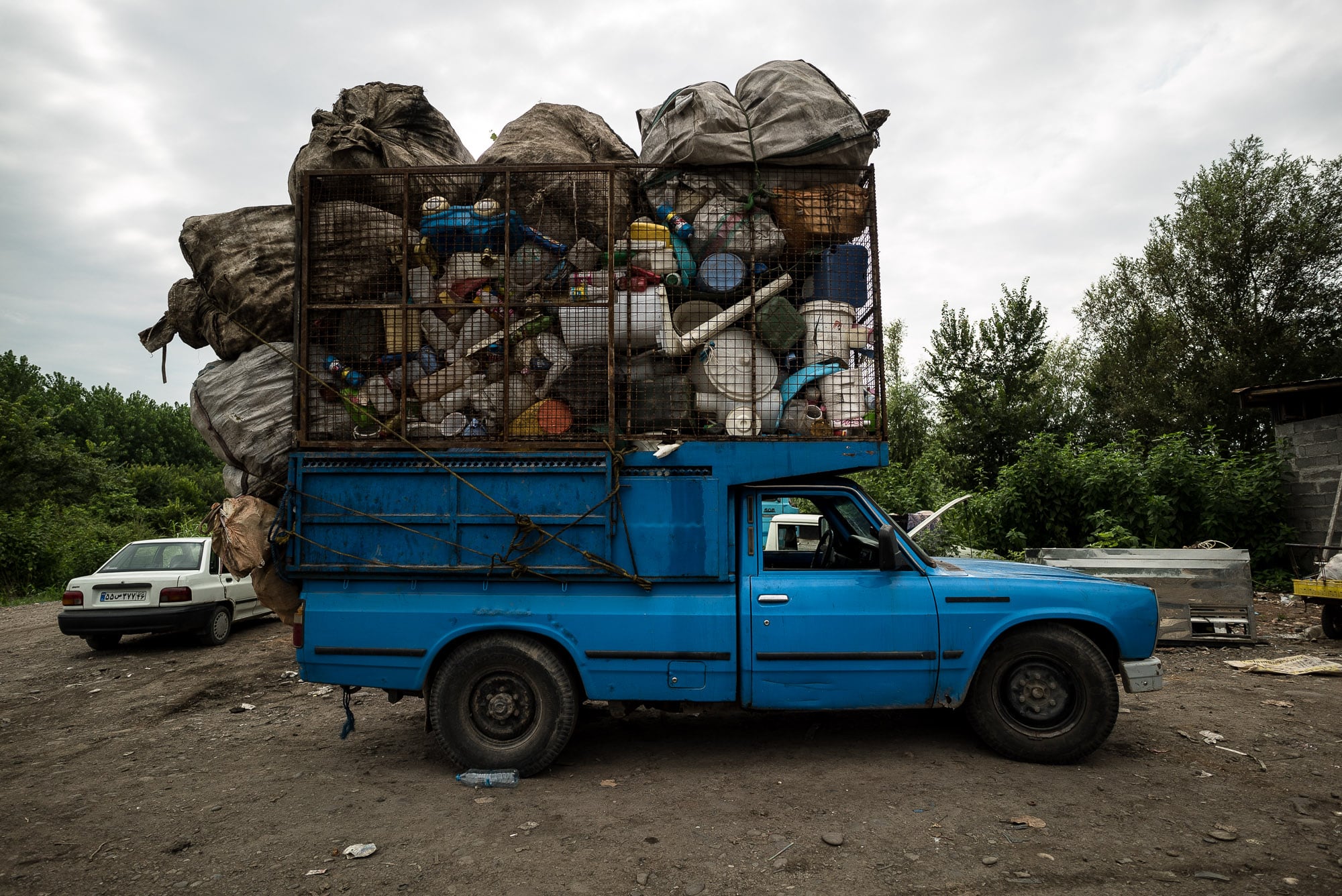 Then, just as I was taking a tea break next to a rice field, two dudes on a motorcycle appeared and told me that I should probably not be there: 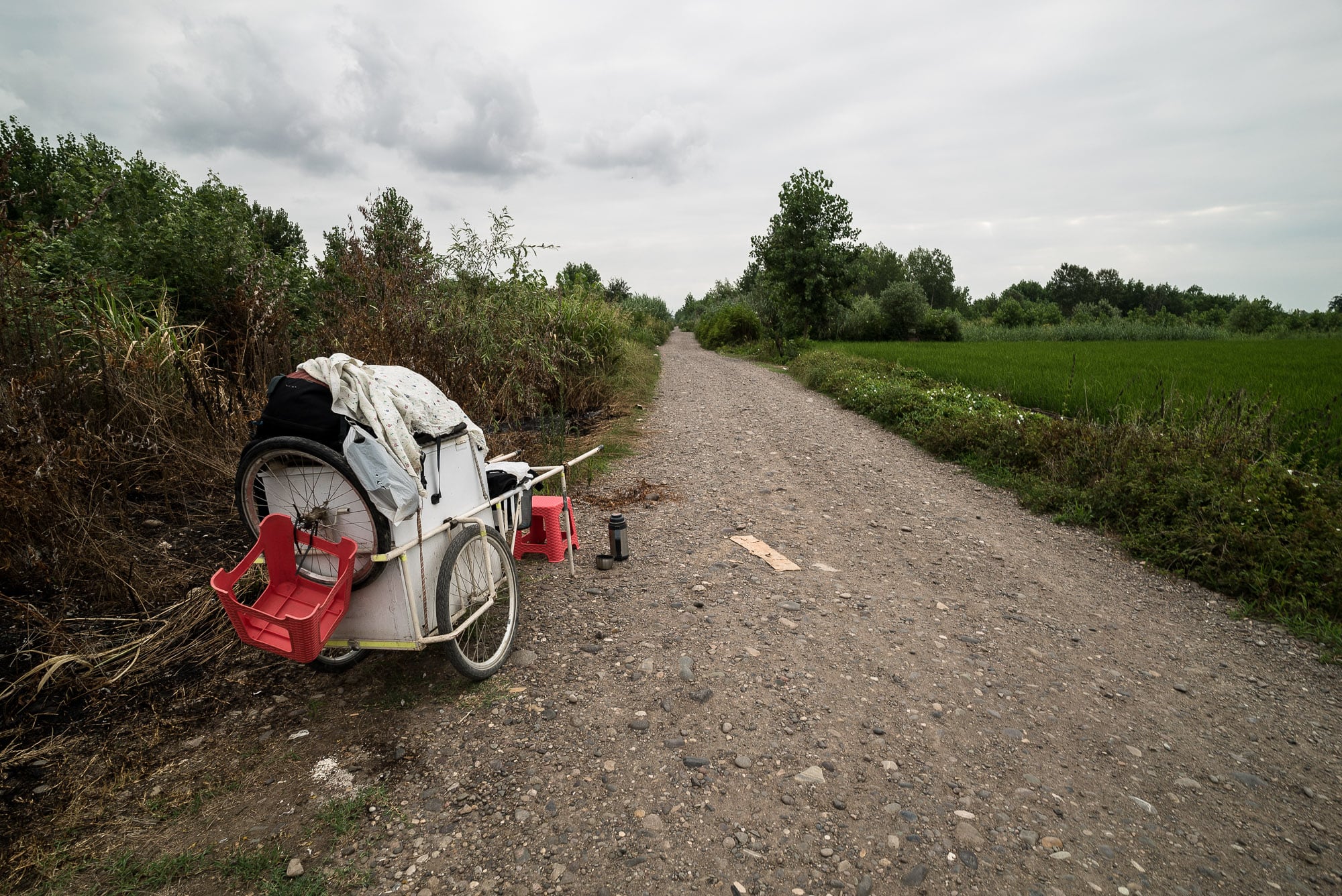 Why, I asked. “Gangsters”, they said, and one of them made the international gesture for “pistol” with his hand in order to illustrate the point.

I figured that they were probably not talking about actual mob members, but about young men looking for trouble. Either way, I got up and walked the remaining distance to the city: 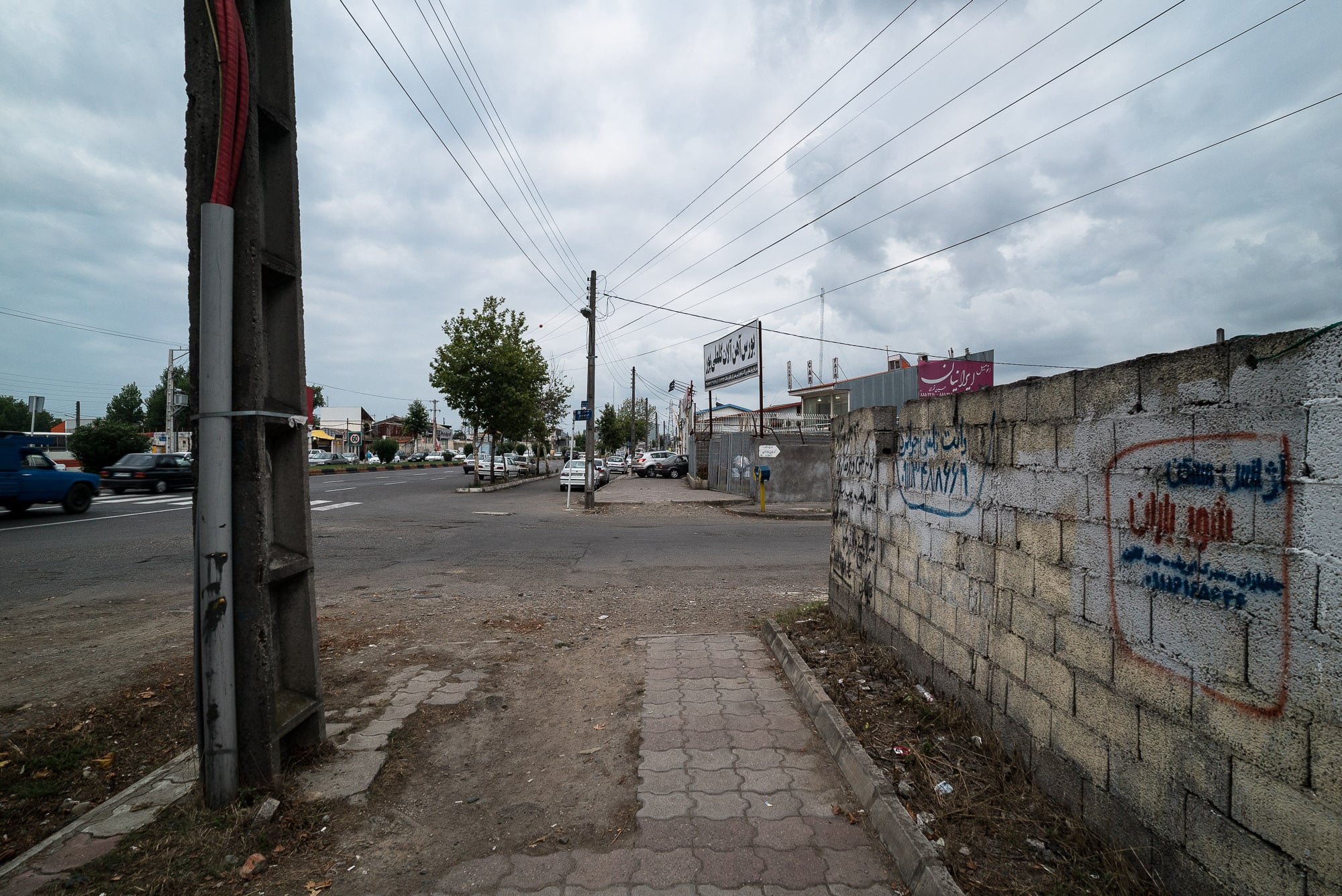 Iranians had been telling me about this city for a long time. People there were supposed to be so open-minded, the food so great, the women so beautiful! It seemed as though people from all over the country liked the province of Gilan and the city of Rasht: 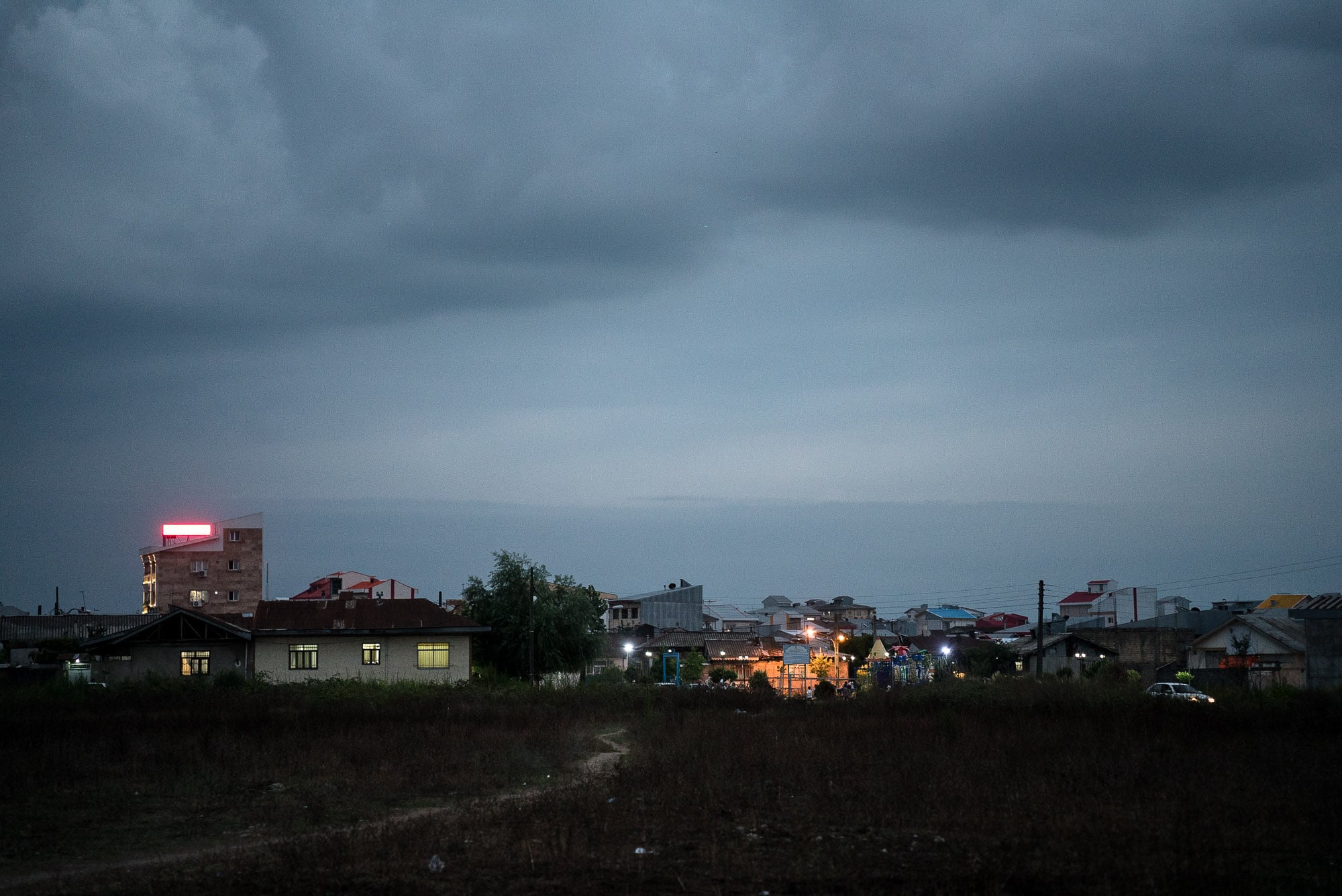 I was yet to find out, as I was slowly making my way through the back alleys at night: 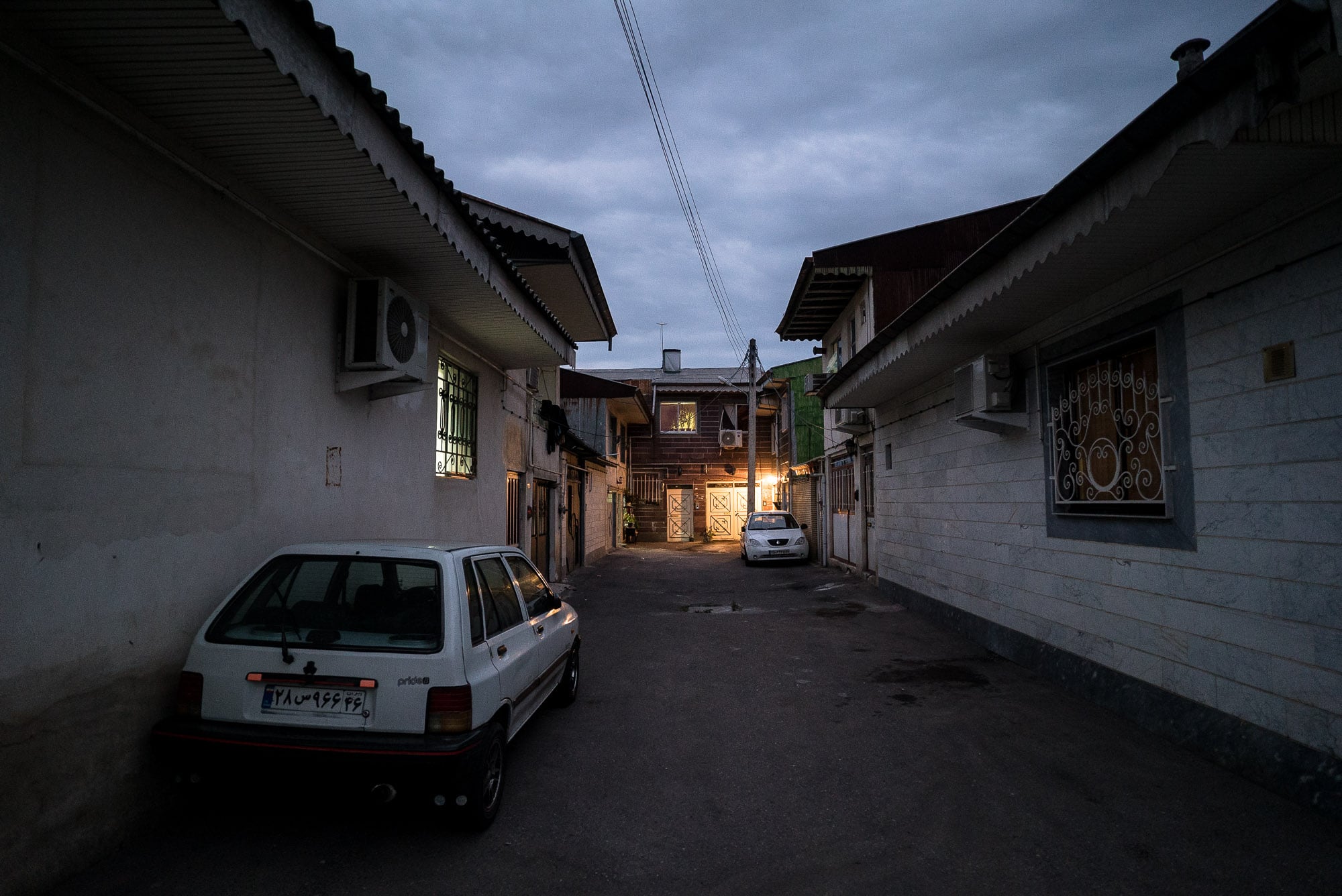 Day 1178
from Kuchesfahan to Rasht