I was still taking my daily selfies. Sometimes I would take them with people whom I liked, or with an interesting building or a landscape in the background. But then sometimes I didn’t know at all what to photograph myself with.

Today I looked around in my room, and there was this clock. It had stopped working, so I put in a fresh battery. Under the clock, a green arrow pointed in the direction of Mecca. This reminded me of a hotel the Saudis had built right next to the Kaaba in Mecca. It was called Royal Clock Tower, and it looked like Big Ben, just many times bigger. (I don’t have any pictures of it, which is partly due to the fact that I, as a non-Muslim, cannot go there, so if you want to see it, do an image search for the name “Royal Clock Tower Hotel” and prepare to be baffled.)

I liked tall buildings, and I was Catholic, but I had always found it strange to think that Muslims would somehow find it okay that a huge commercial building was overshadowing their most holy site, the Kaaba, which was sometimes referred to as “The House Of God”. As hard as I would try to imagine someone building a skyscraper right next to Saint Peter in Rome, I just couldn’t.

So there I was, in a hotel in Lahijan, taking my selfie with a clock that looked a bit like the clock in the Royal Clock Tower, with an arrow under that clock pointing in the direction of the Kaaba: 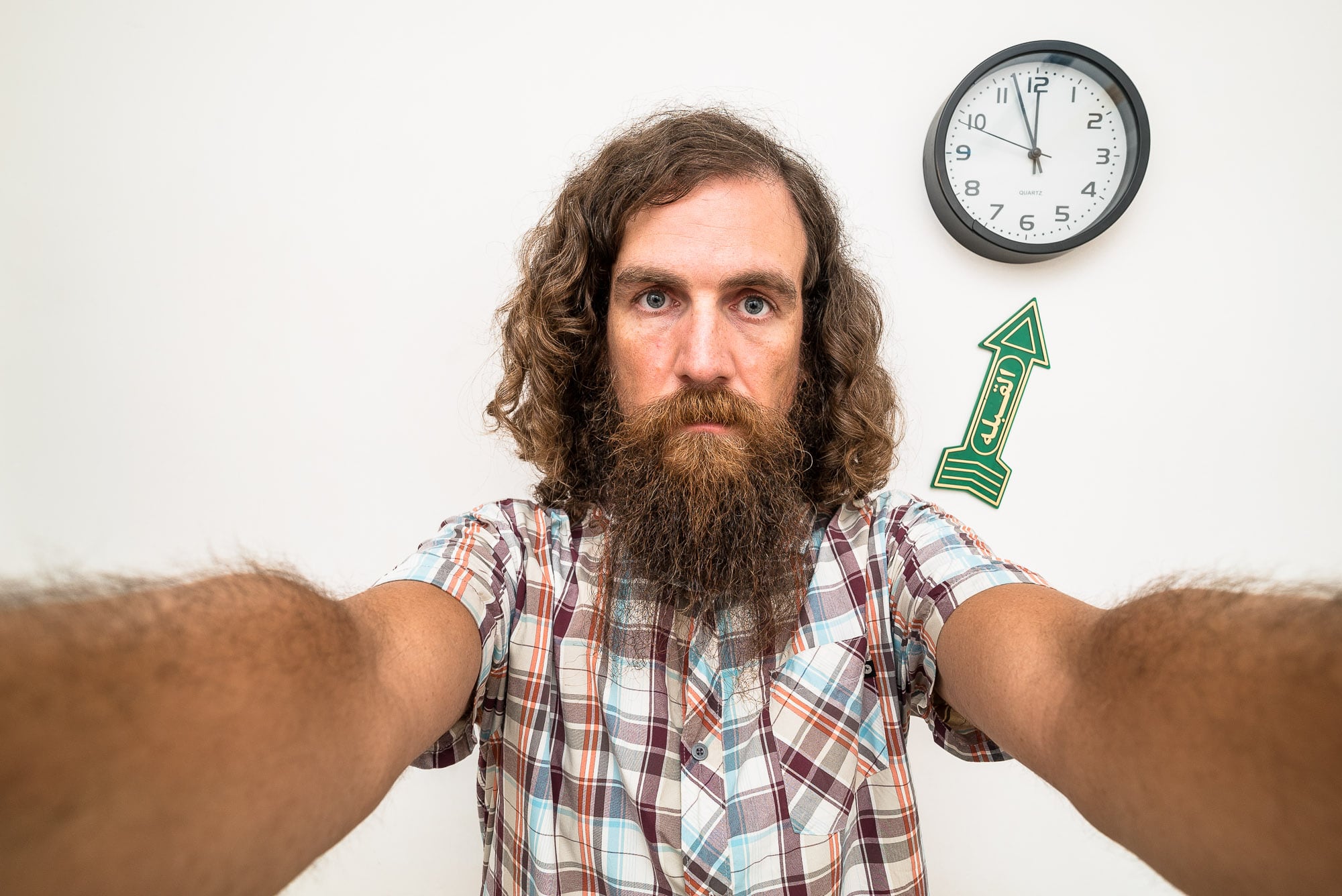 Or was it pointing at the clock?