The heat wasn’t the problem. The heat combined with the humidity was. It felt like a steam bath. Just a few minutes after I left the hotel I was drenched in sweat.

The streets of Ramsar were empty: 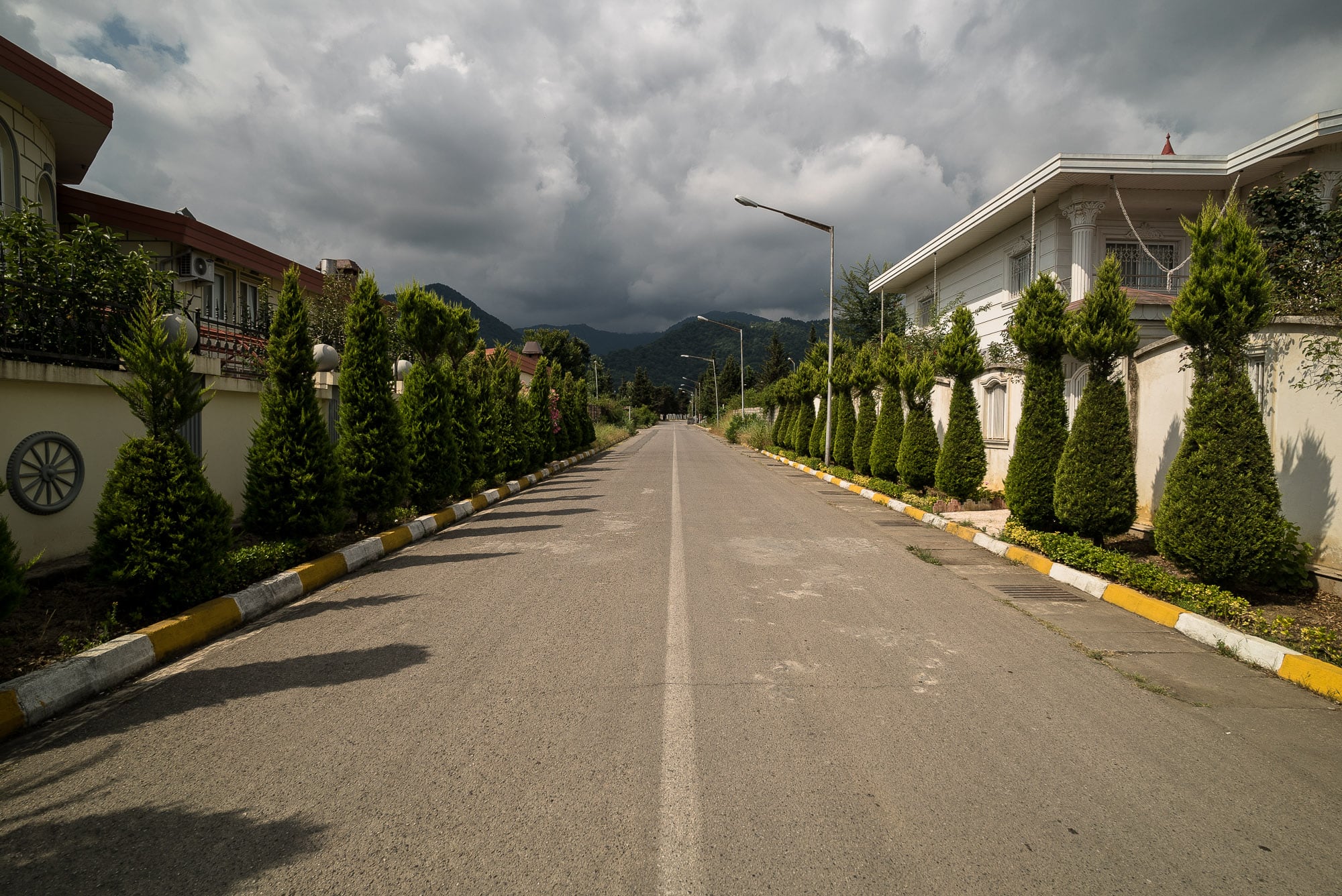 As you can see on the map, I tried to avoid the coastal highway as much as possible, going northwest from the city. I bought some peaches, and they were an explosion of savor: 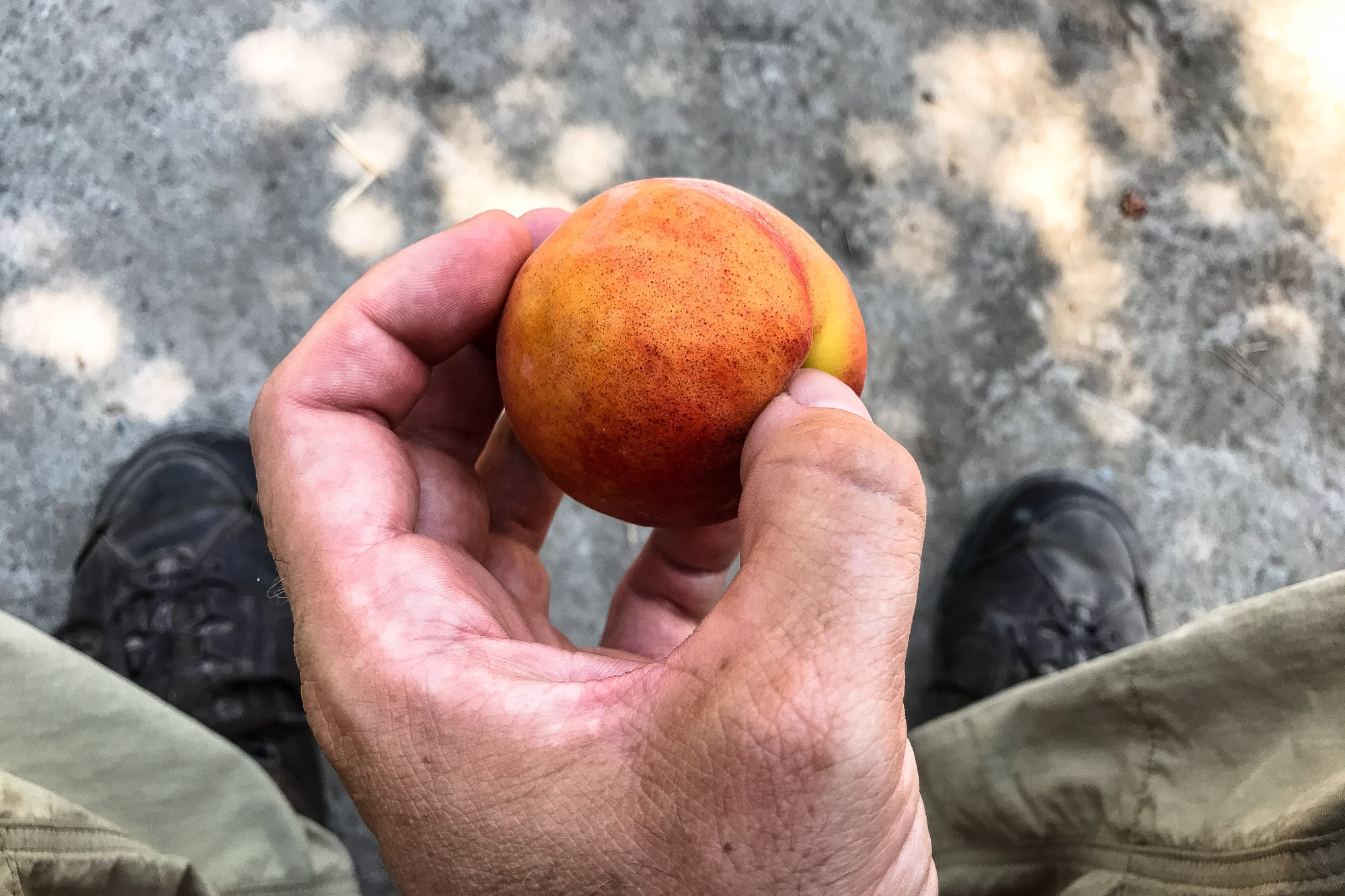 Some of the villas in the hills next to the road were quite nice. This particular one reminded me a bit of Hundertwasser (zoom in to see the tilework): 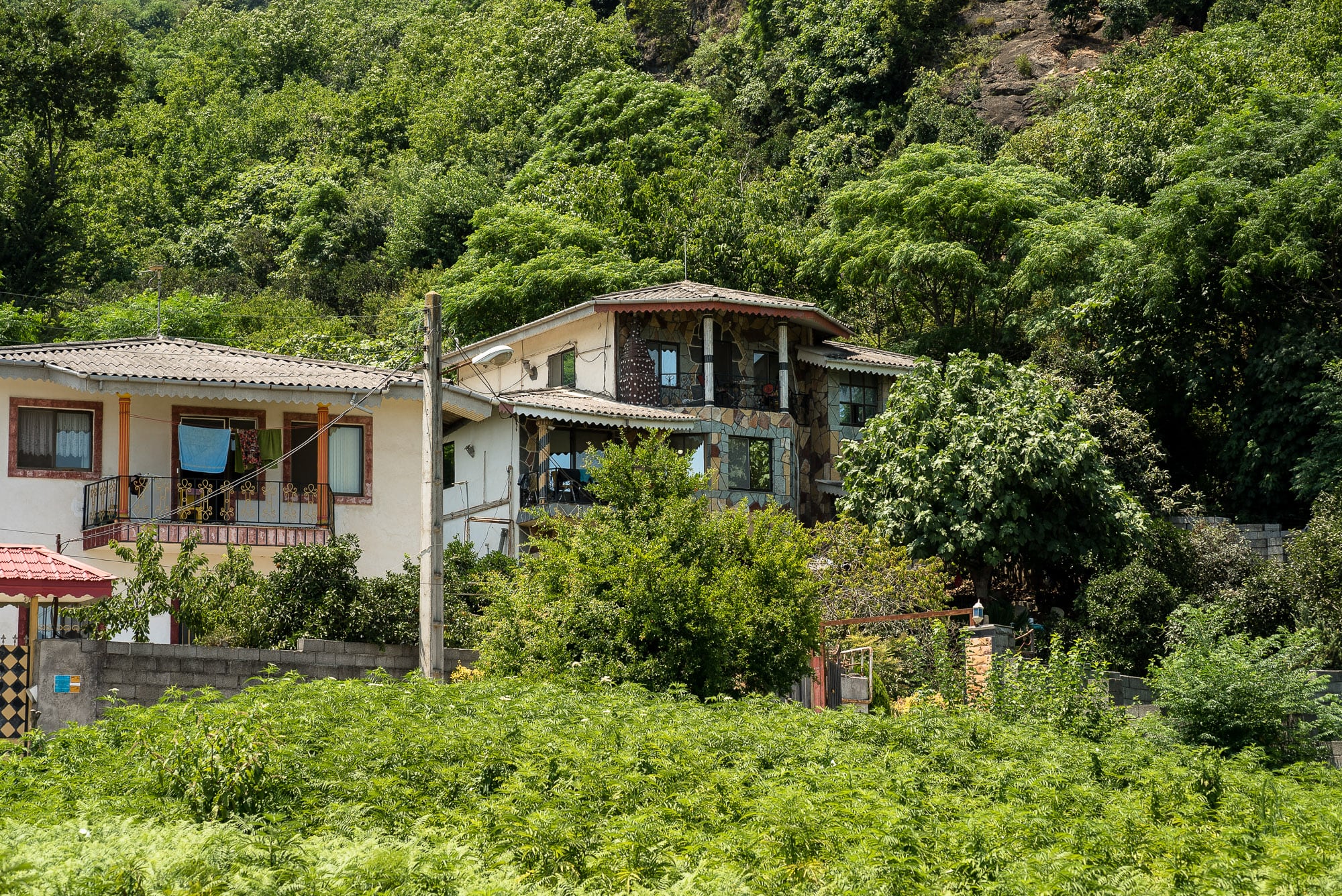 And then I was back on the highway. There was a cable car that lifted people up to a place in the mountains were the heat was apparently more bearable: 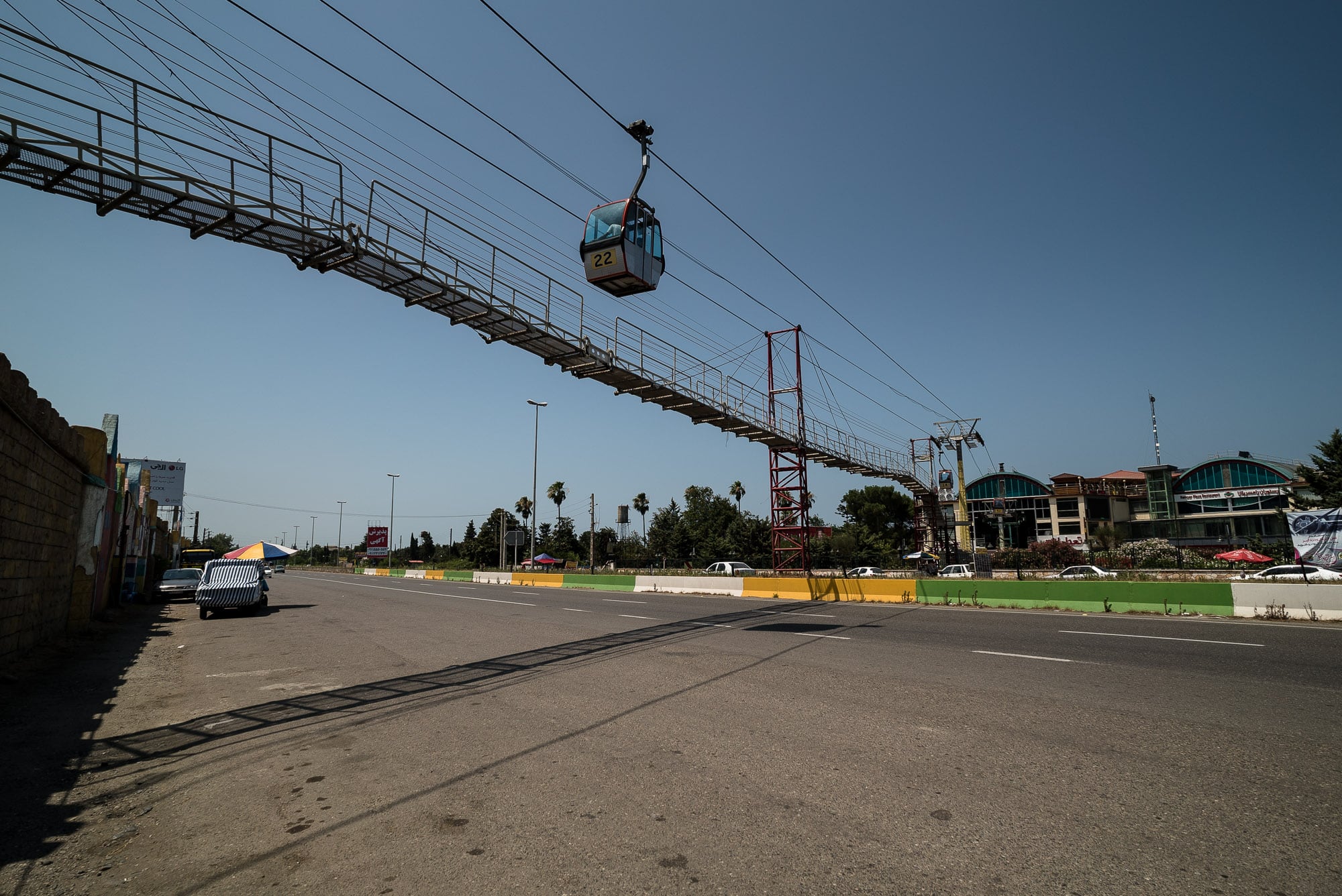 They looked tempting, those mountains: 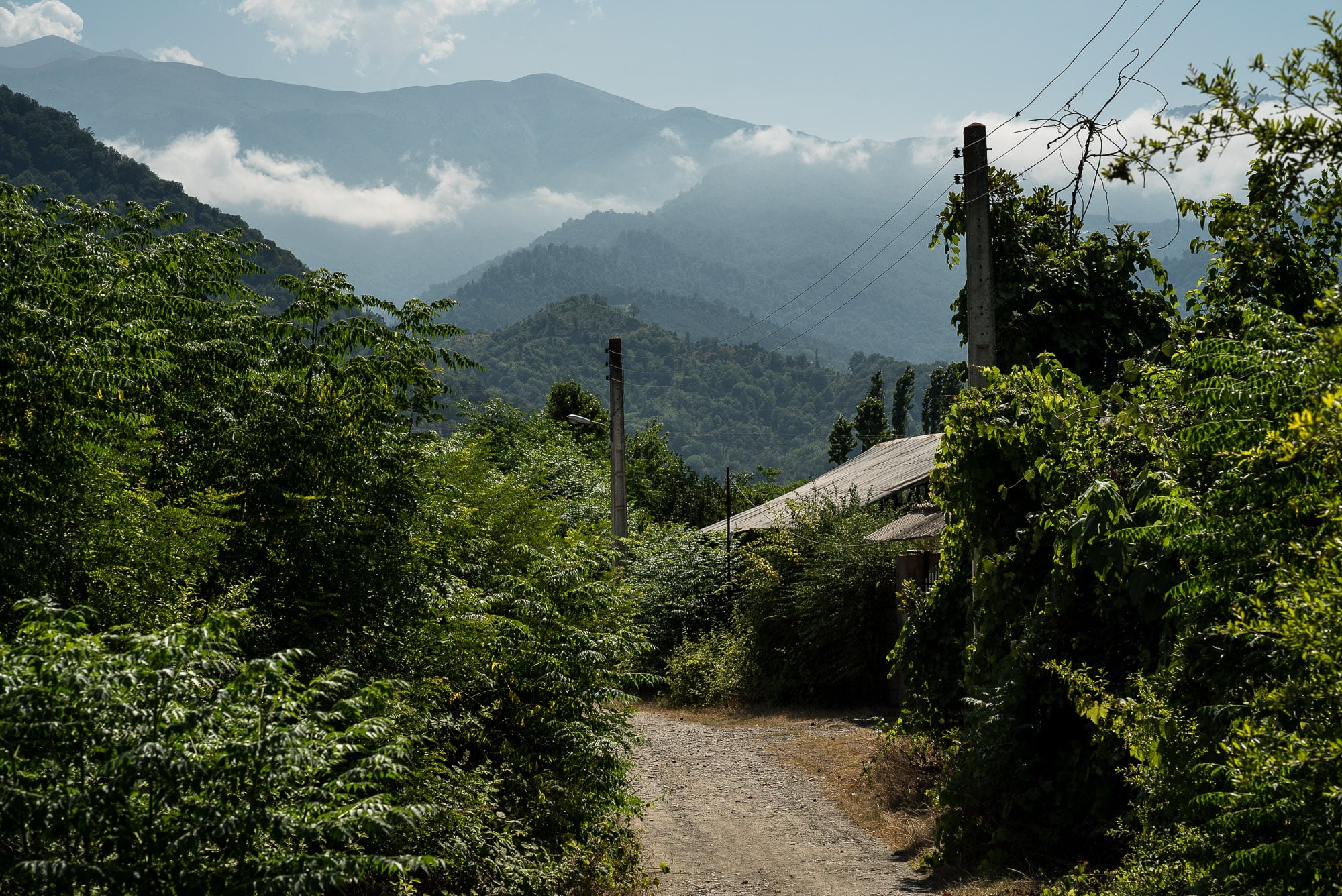 But all I could do at this point was stay on the highway and look at them from the distance: 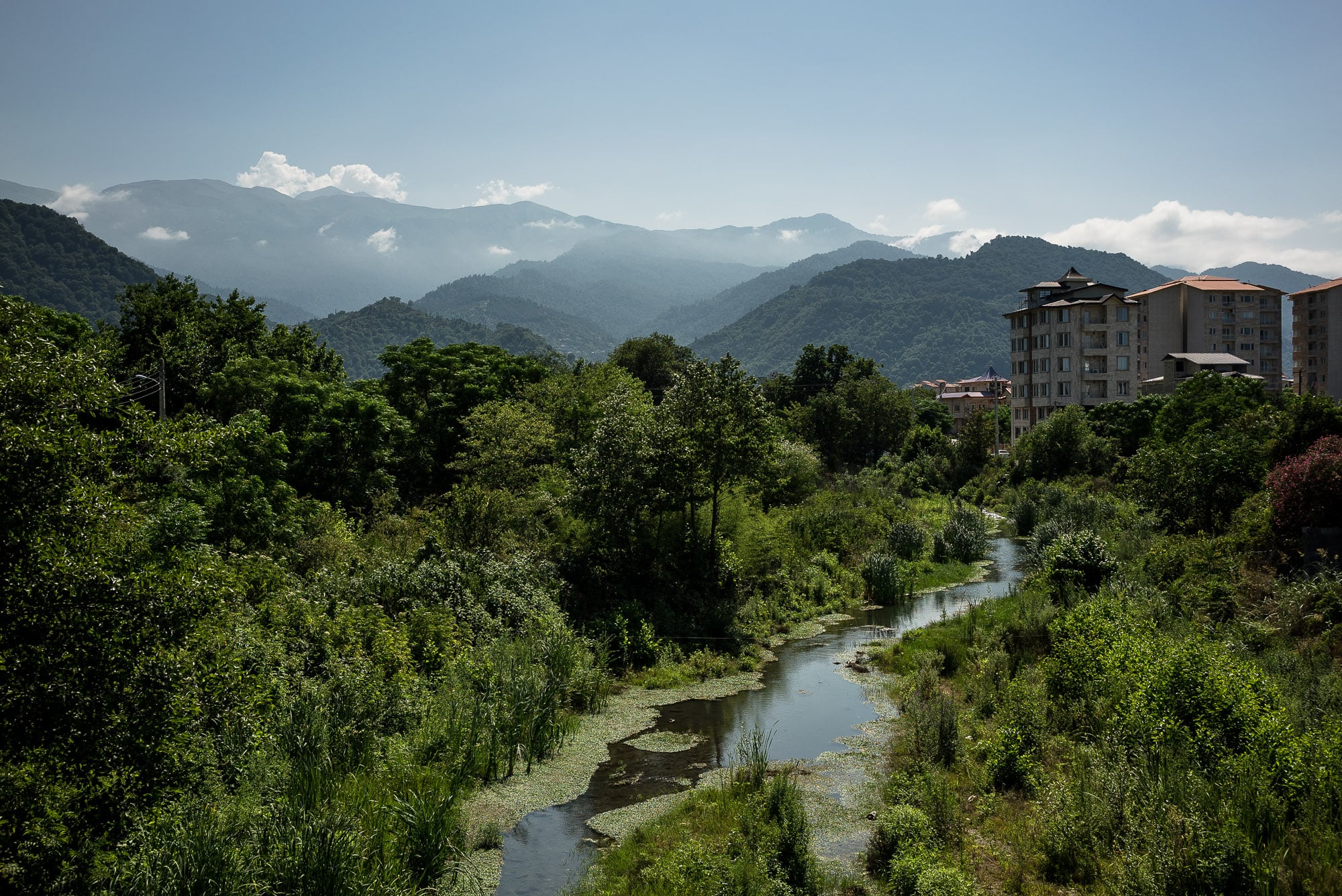 There were rivers coming out of the mountains and emptying into the Caspian Sea, and often the highway seemed to be the only place to cross them: 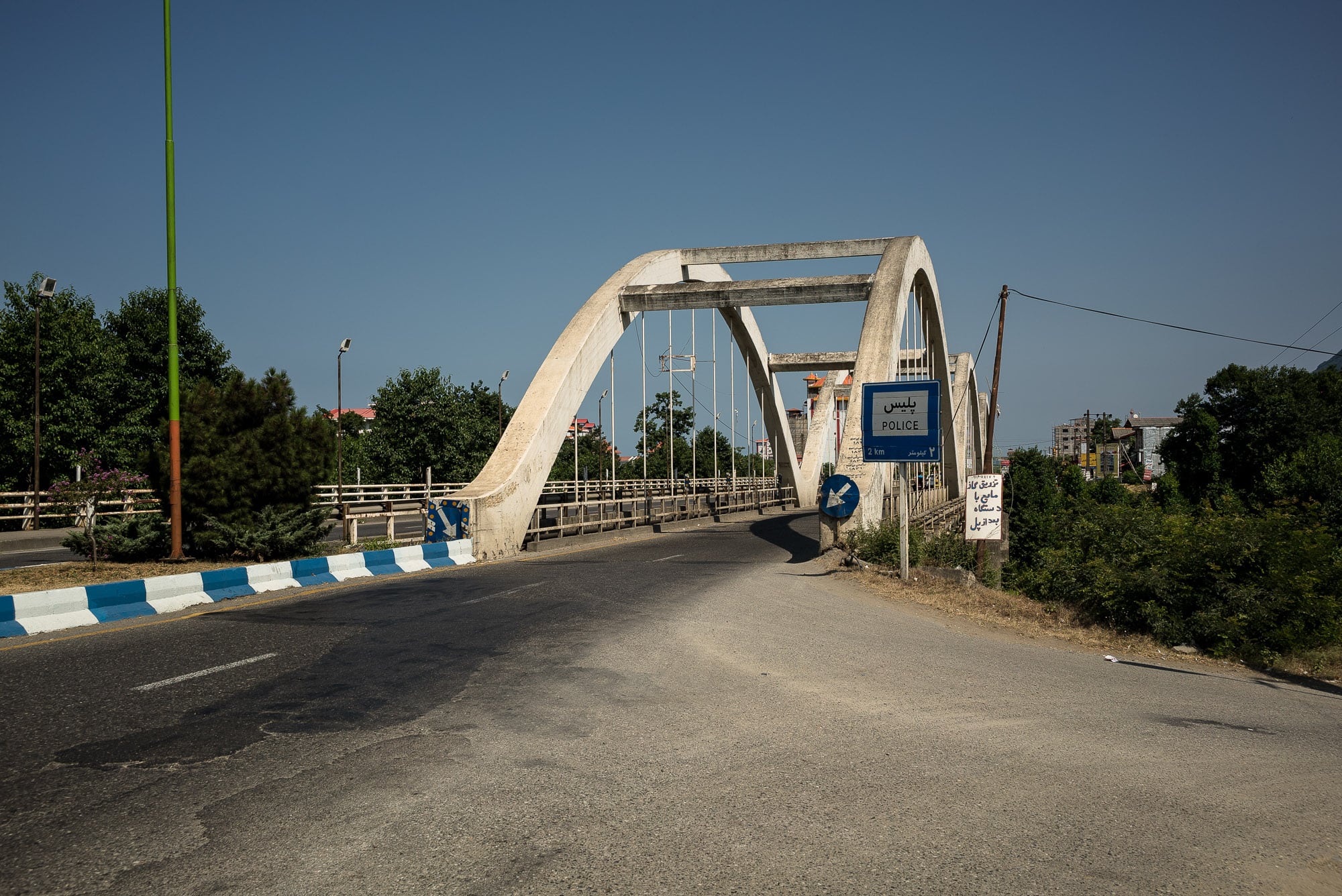 I sat down for lunch in a roadside restaurant. I ordered Ghormeh Sabzi, the standard Iranian dish: 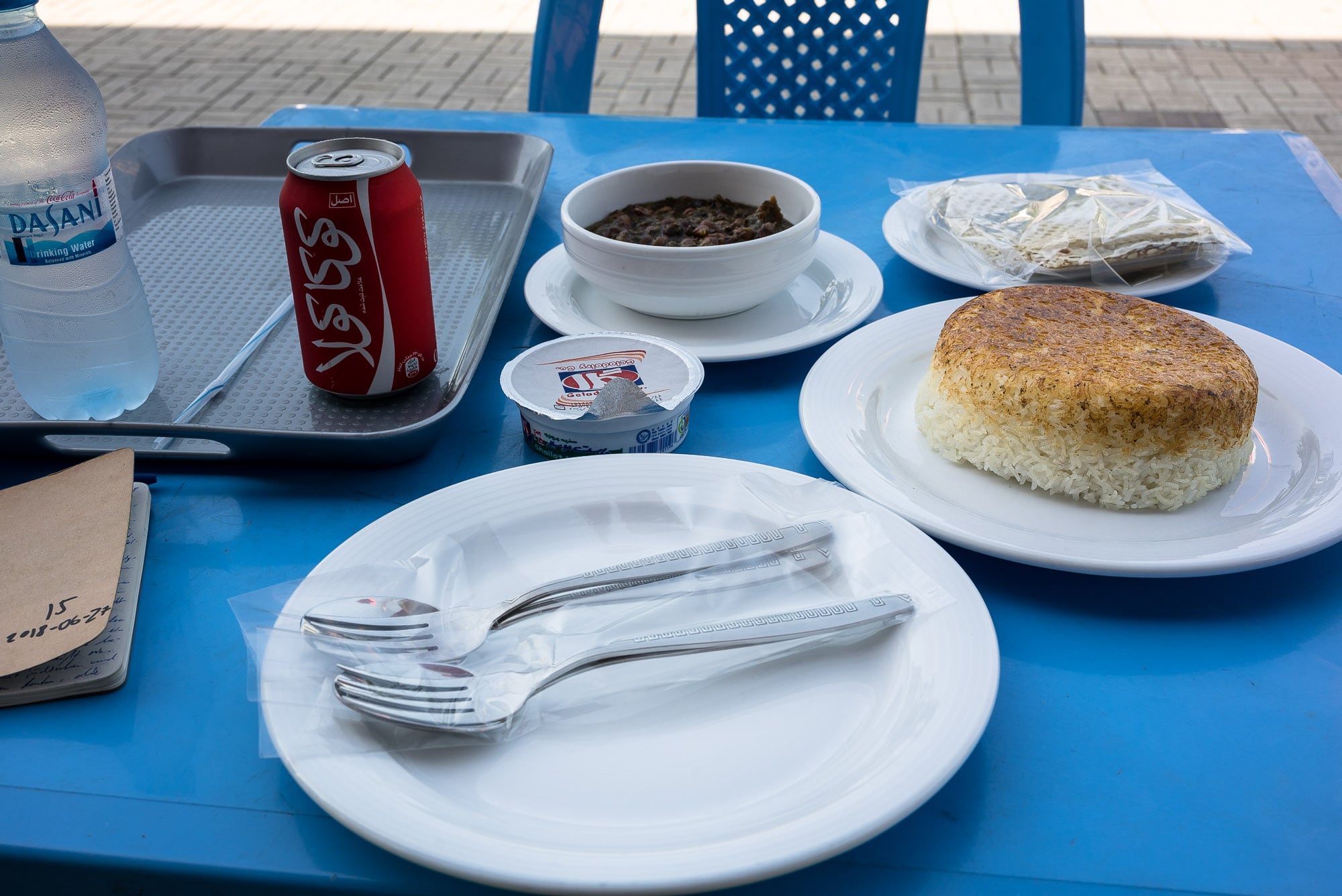 It tasted different everywhere I went. And it always seemed to taste best when it wasn’t in a restaurant but at someone’s home.

I left the highway again after that. There was a road that led through the villages and to an ecolodge that I had spotted on the map.

There was a phenomenon in Iran where sometimes I saw portraits in car windows: 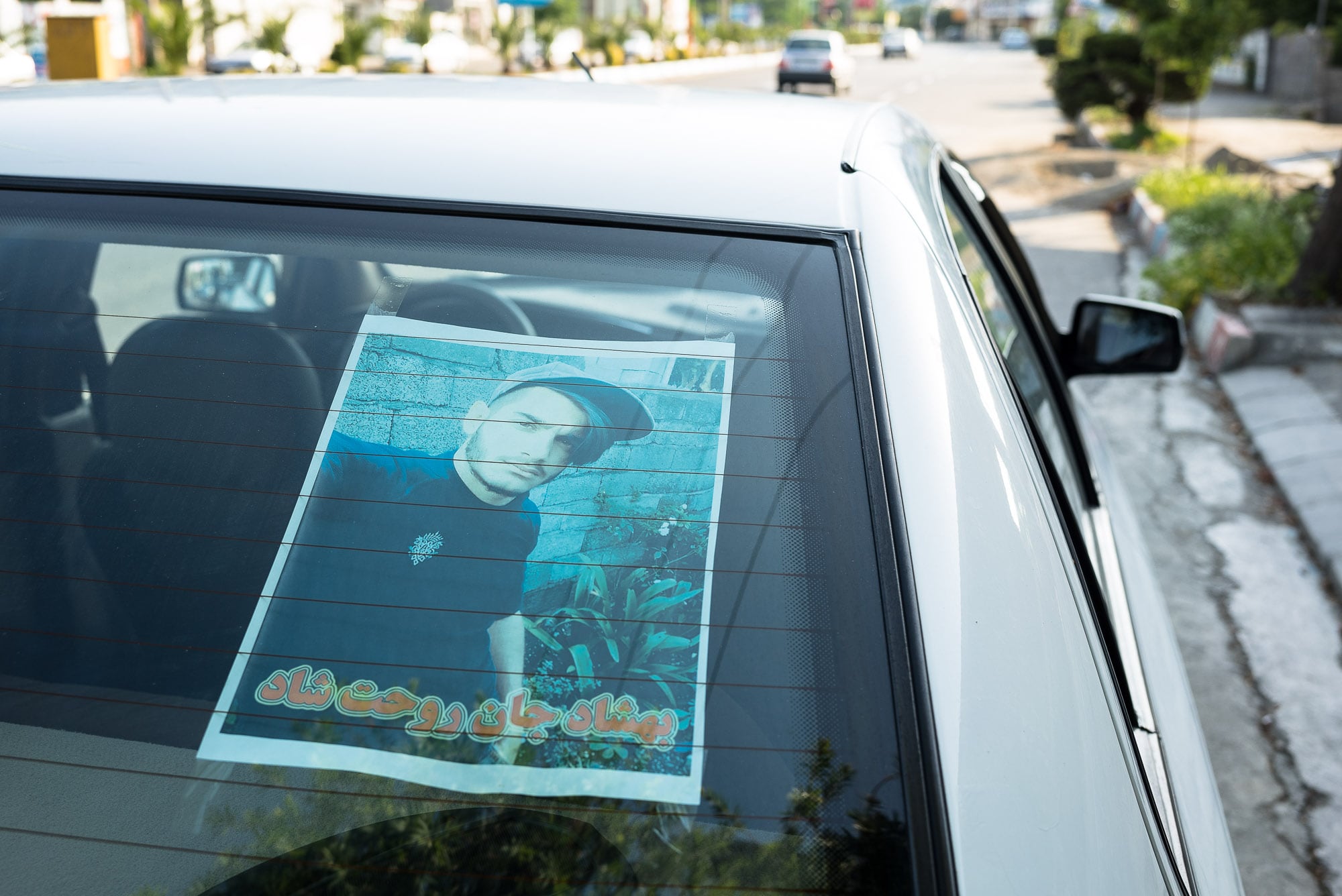 The people in them had died.

I enjoyed being on the country road again. I saw little biker gangs: 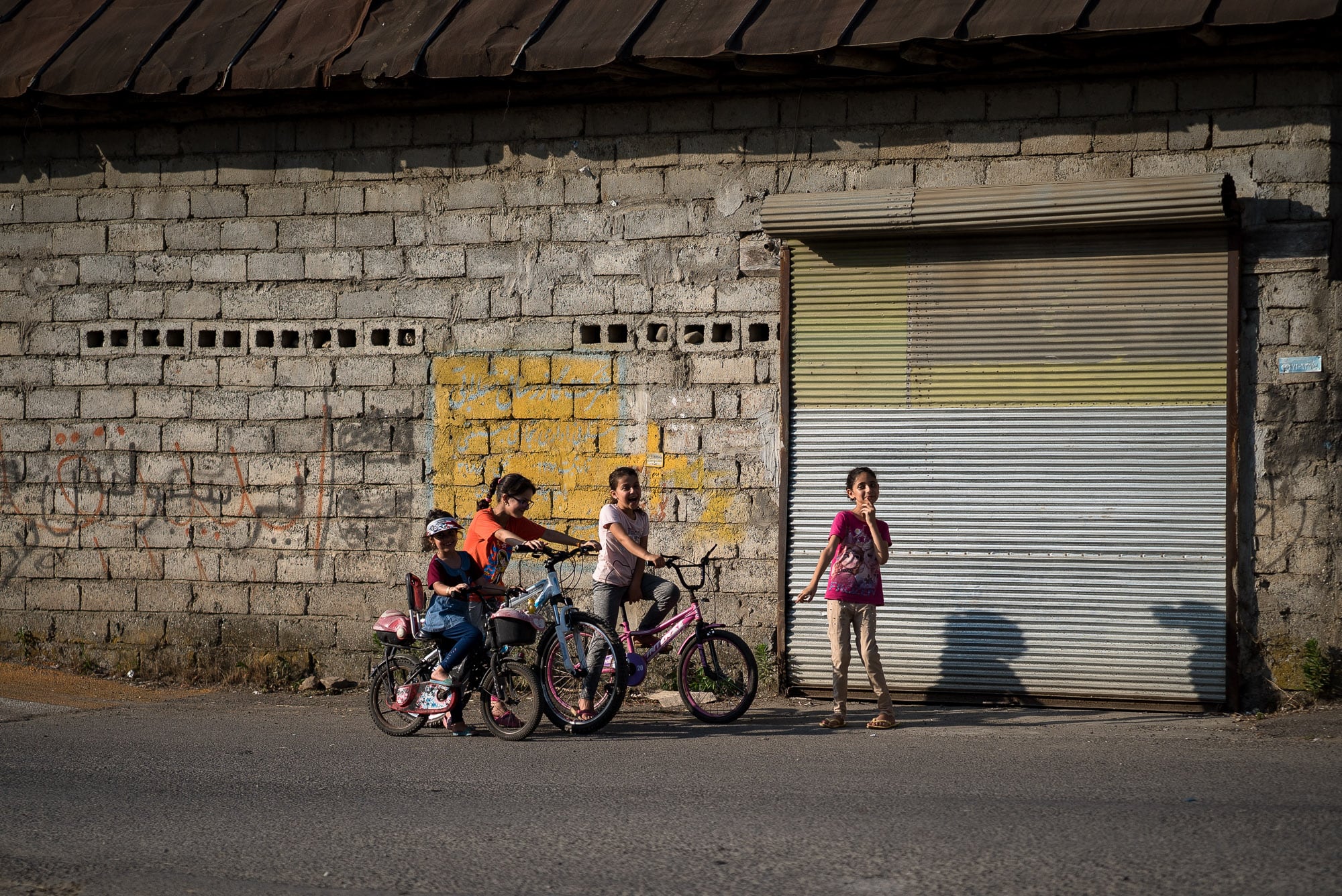 And since the road was difficult to find (even with a GPS), I got to talk to a lot of people and ask them for the way: 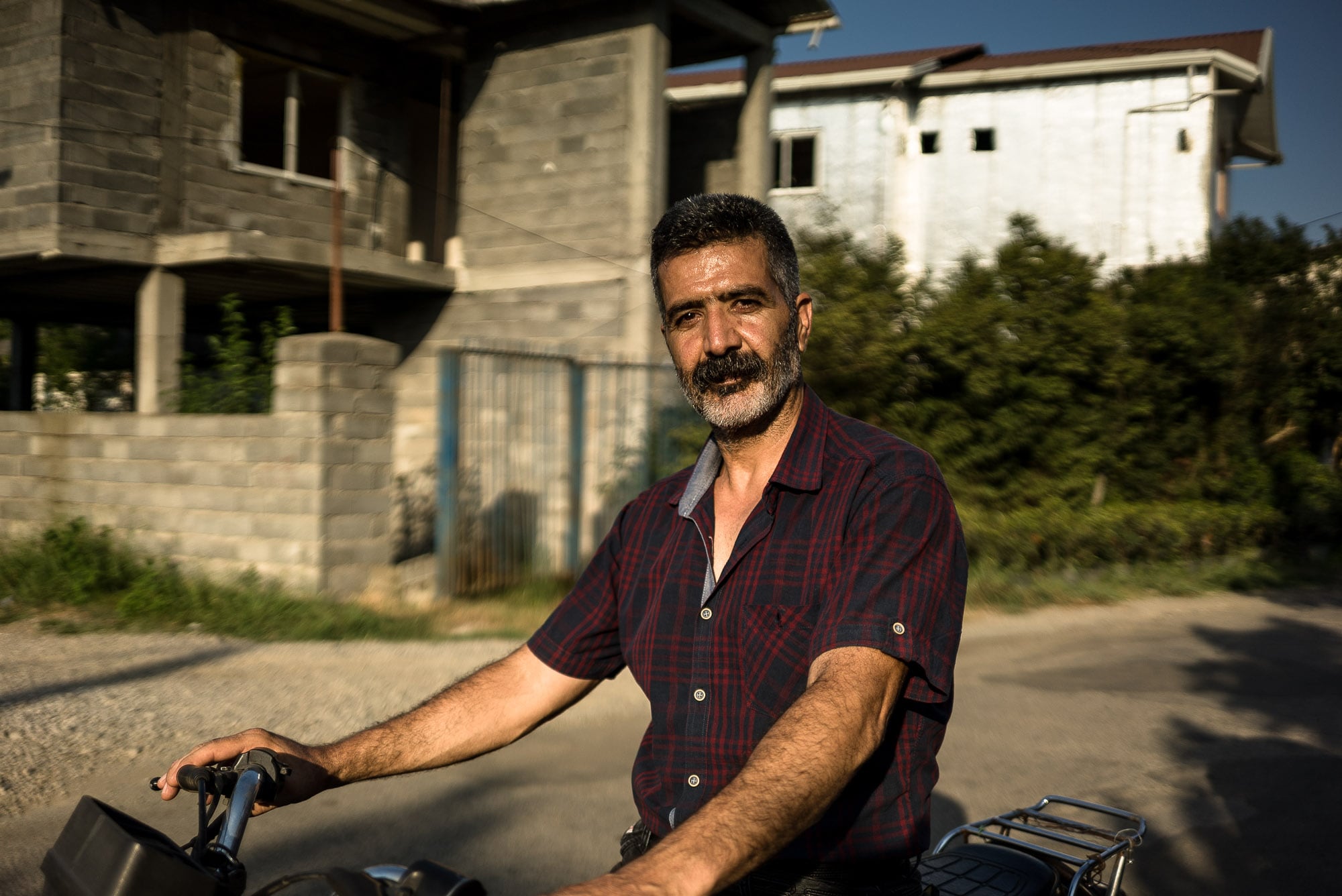 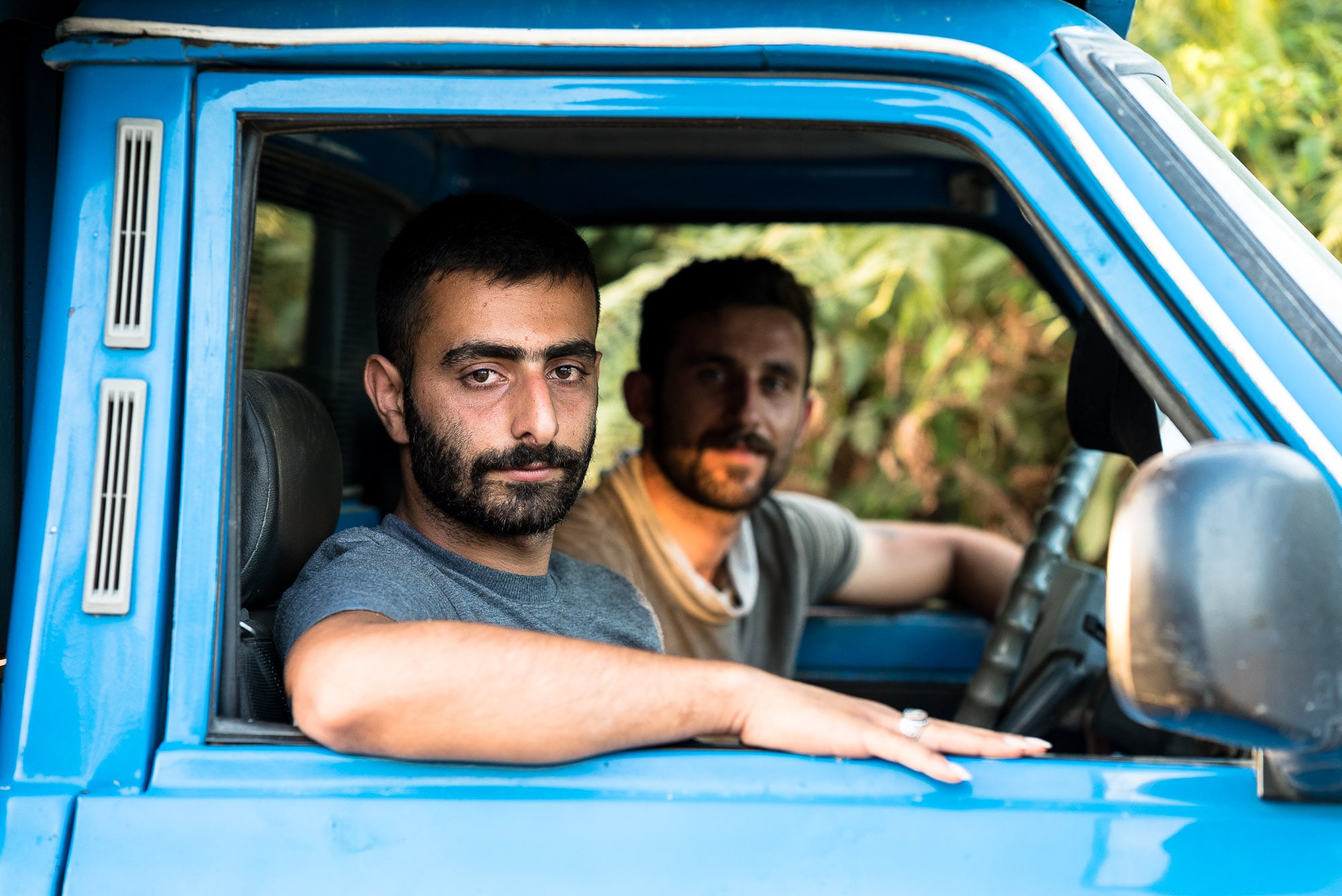 Then in a green truck.

And then in a grey car: 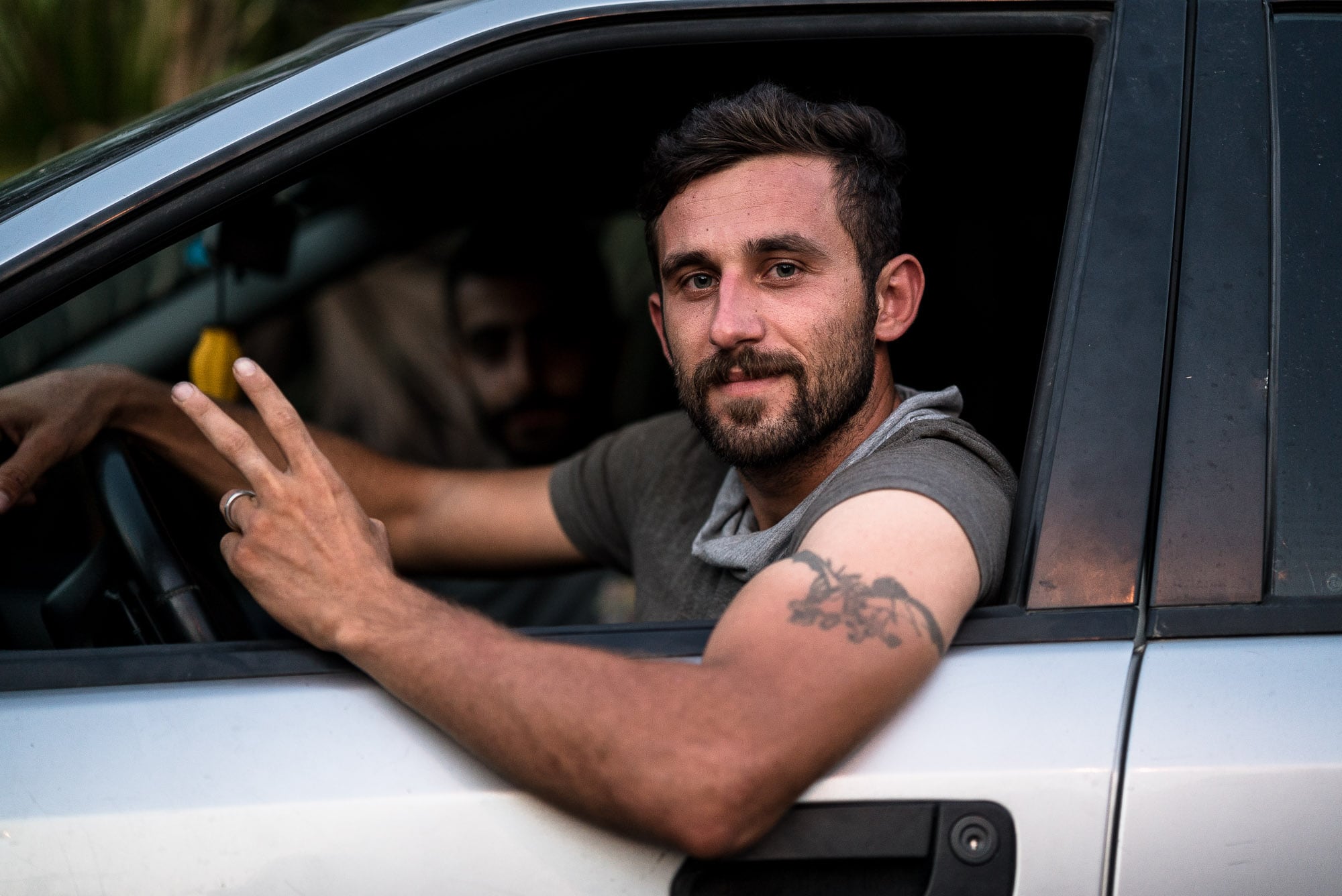 They wanted to make sure I was on the right way. And I also suspected that they liked riding around in different cars.

I bought some tomatoes in this little shop: 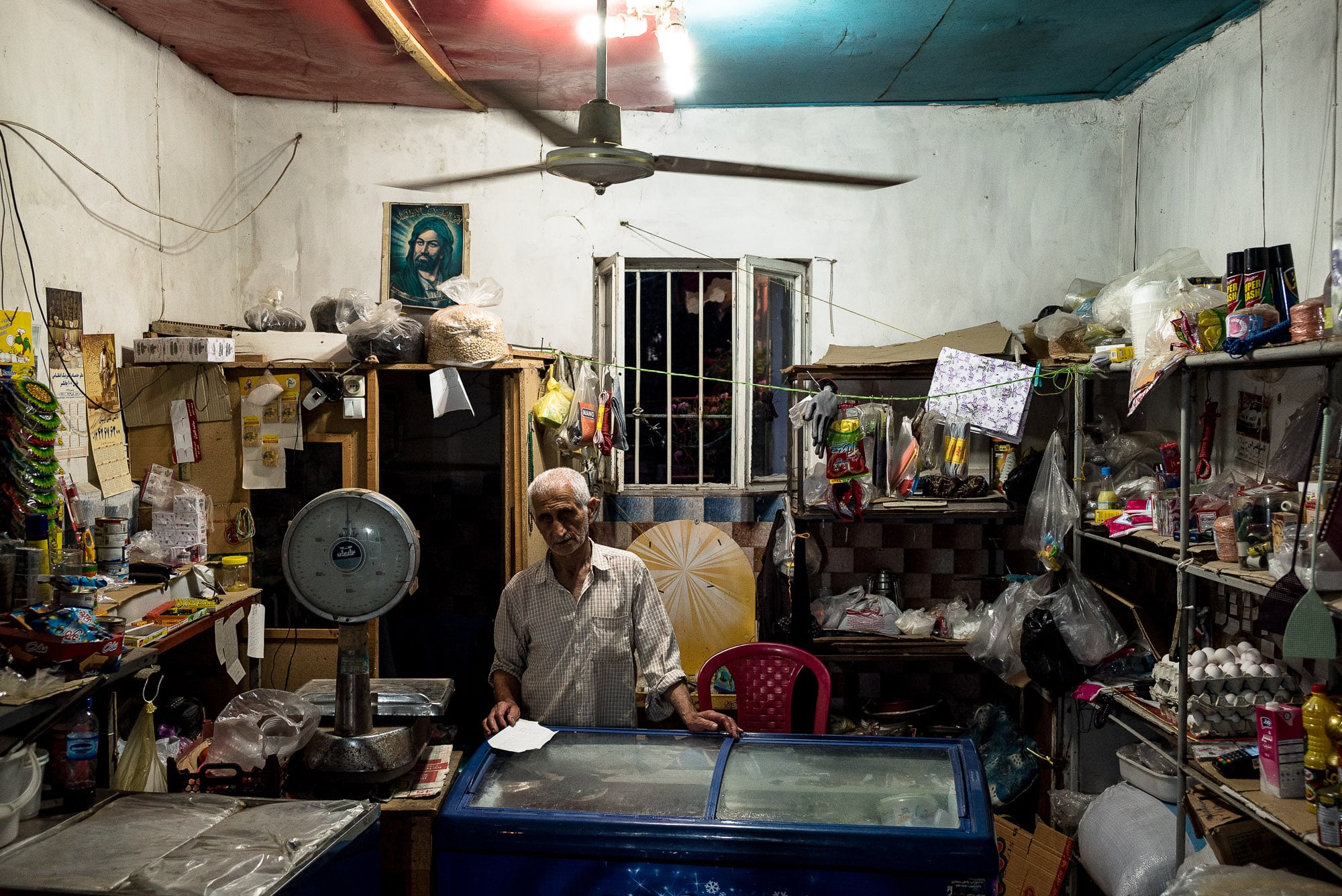 And then I bought some bread in this bakery: 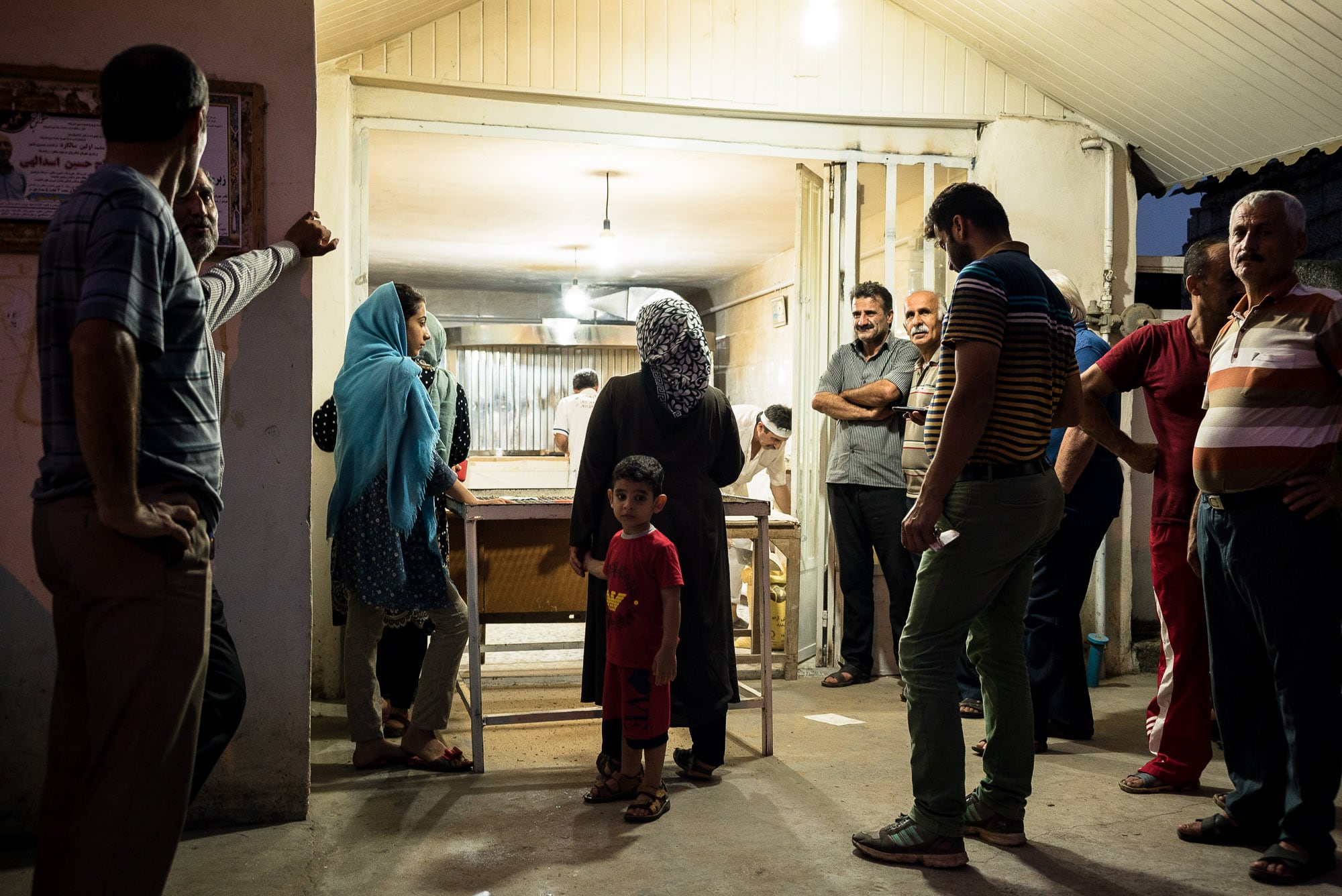 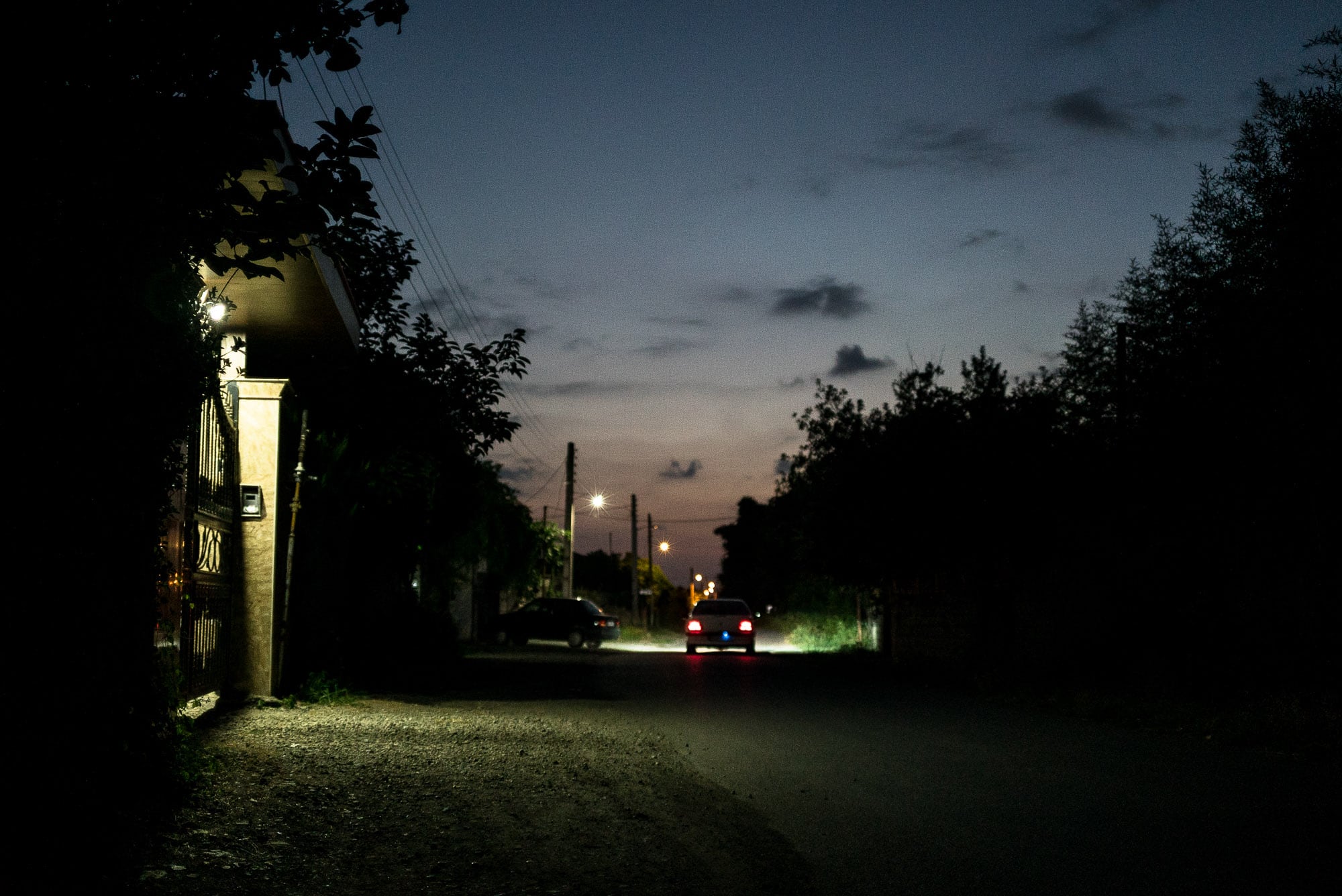 I had left the province of Mazandaran and entered Gilan. And the air smelled sweet like lemon cake.

Day 1168
from Ramsar to Qasemabad-e Sofla