Remember the eco lodge I had stayed in a few months earlier in Radkan? I had liked it so much that ever since then I had periodically punched “ecolodge” into my googlemaps, hoping that another one would appear on my way. This one was called Gileboom, and it turned out to be a lovely little house in a big garden: 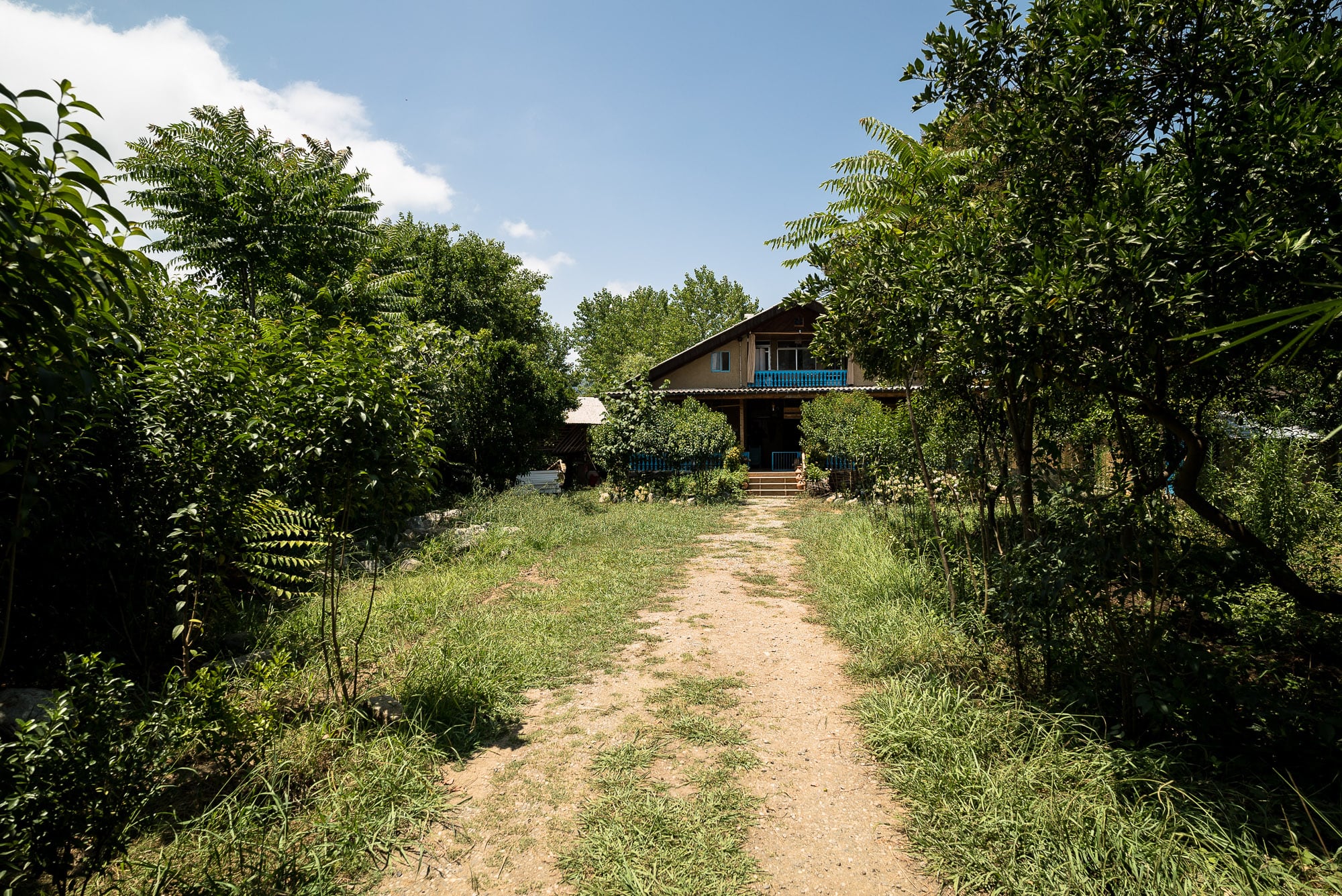 The owners were a young couple who had moved here from another part of the country. They had carefully restored the house and made it all nice and cozy: 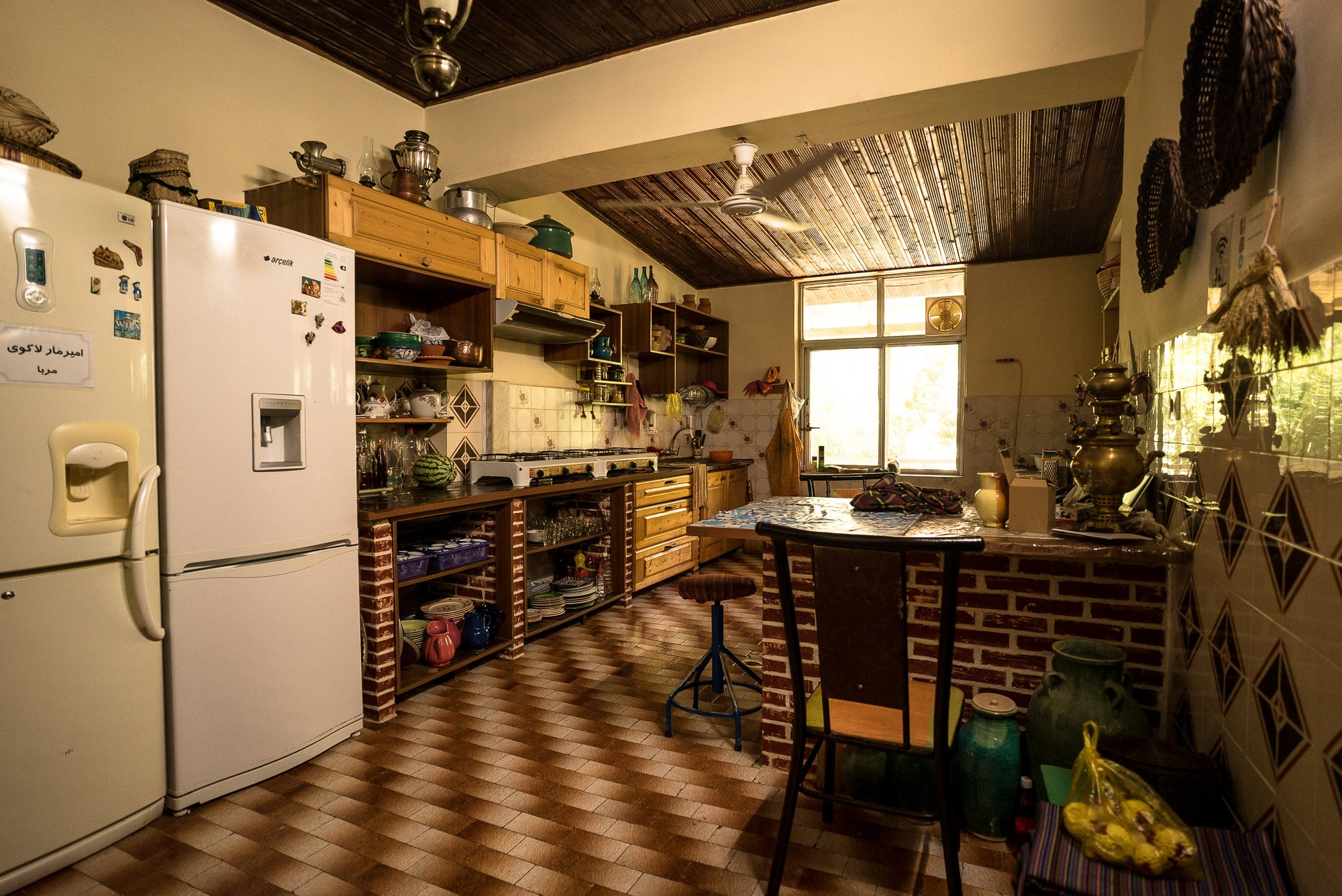 The verandah in particular was awesome: 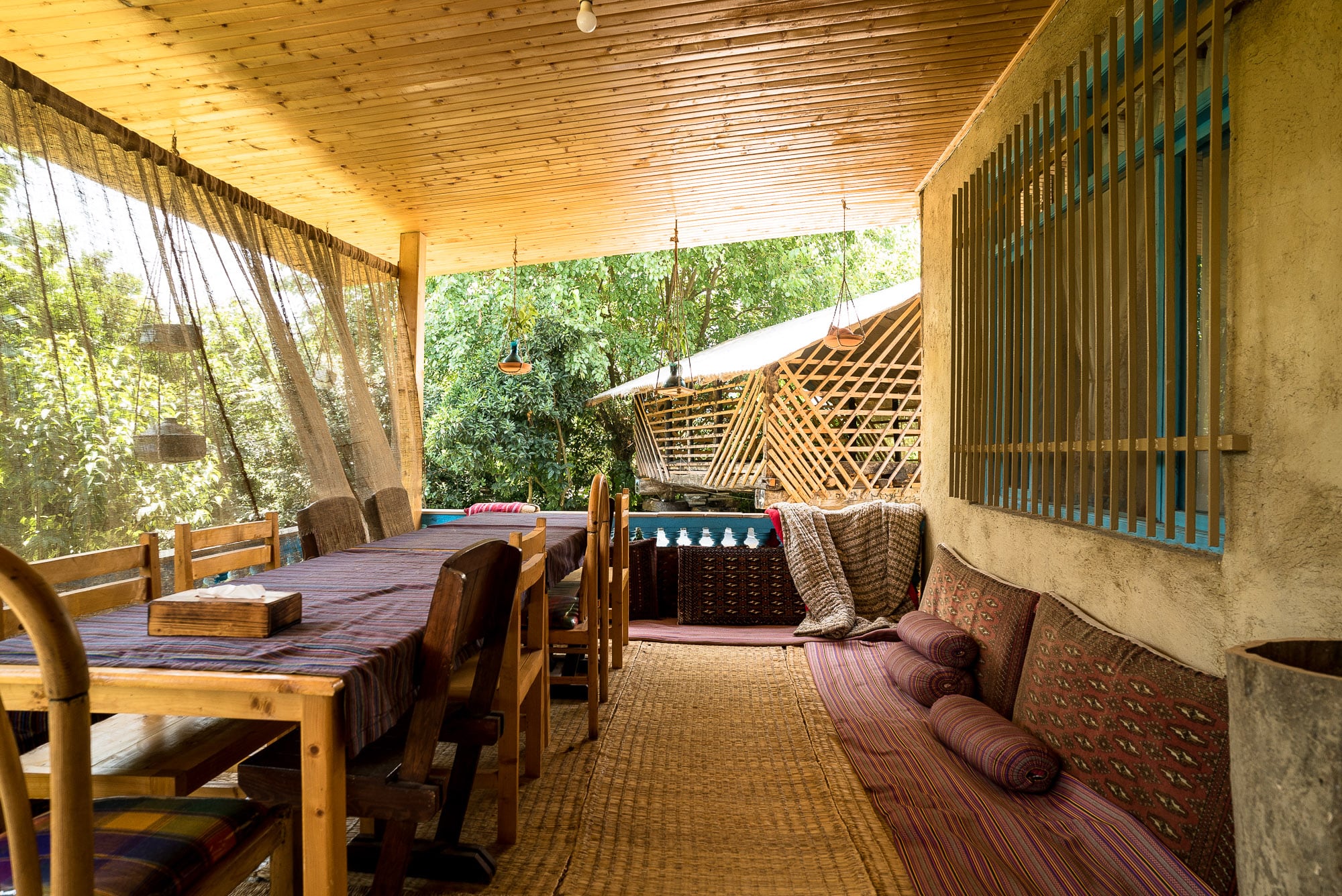 I decided to stay there for the day and read my book about 17th century Iran: 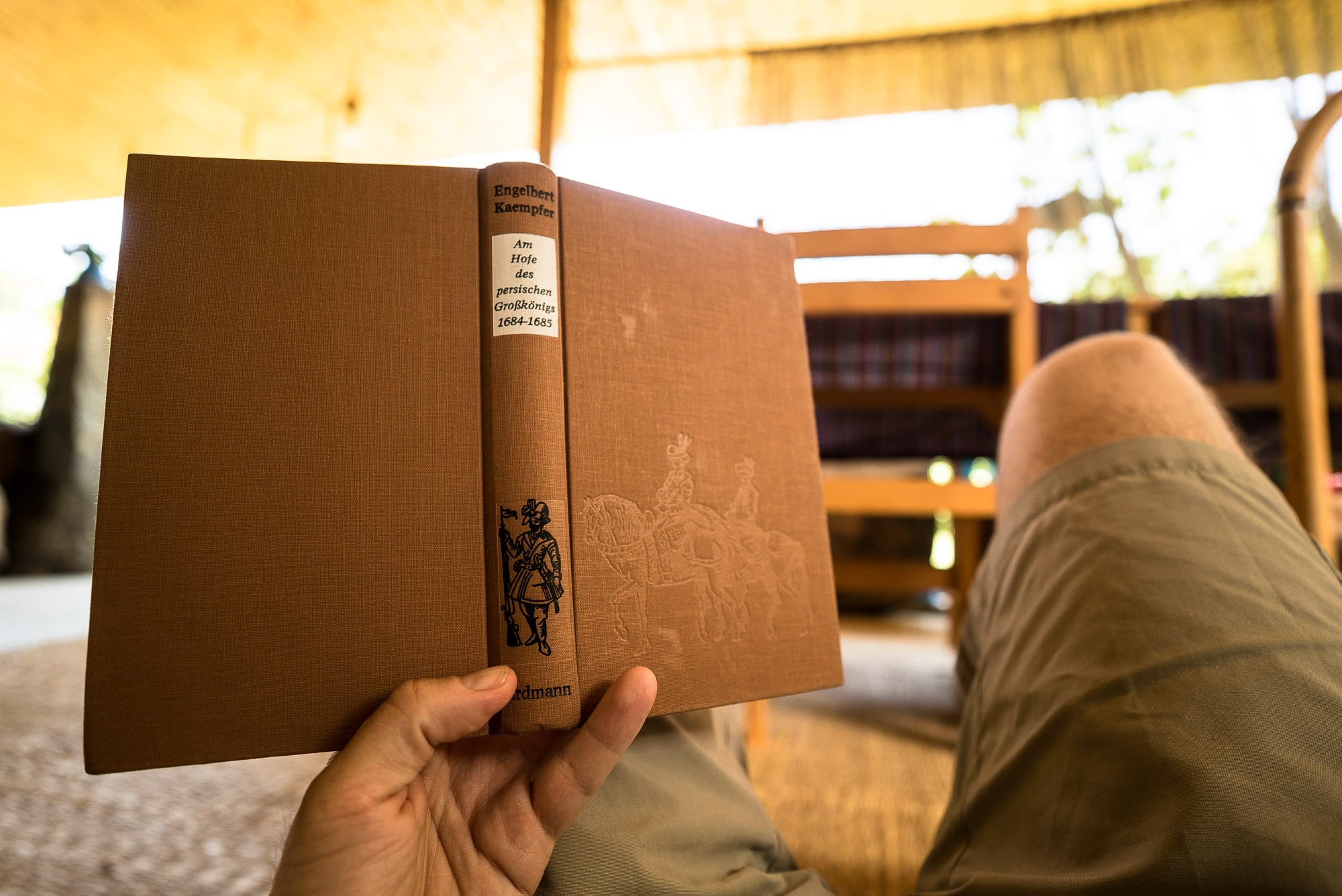 It took me until the afternoon to finally figure out what I liked best about this place – it had a particular smell of wood that was very special.