I had walked a bit too much the day before: up to the old hotel and around it a few times and then to a restaurant and back through the city to the place where I was staying. All in all about 15km give or take.

So today I stayed in, edited my videos and photos, wrote up some blog posts, made some pasta in a little kitchenette in my room.

And then the power went out: 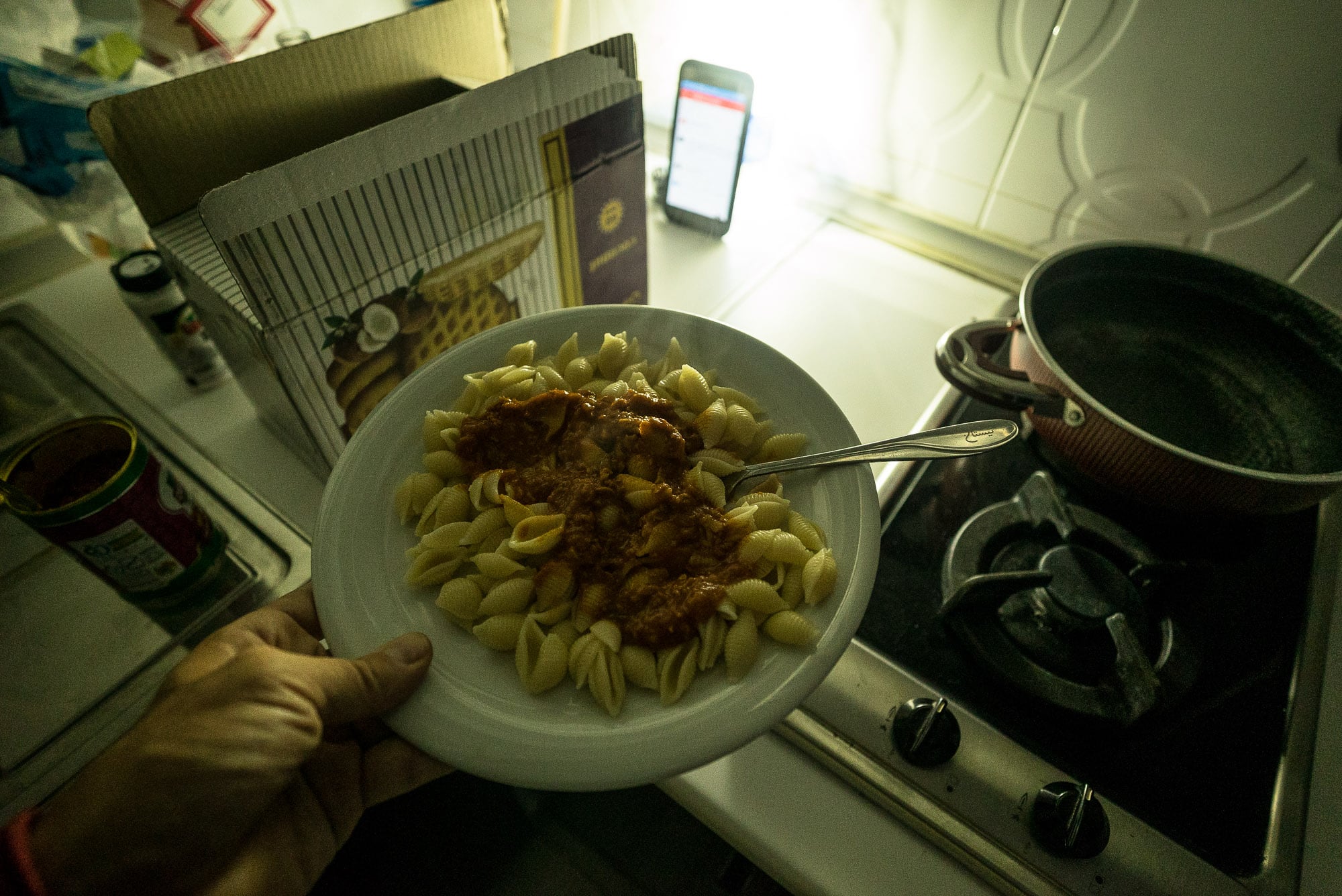 The gentleman at the reception told me that it was a city-wide blackout, and that everything should be back to normal within two or three hours. Apparently this was a very common thing in Iran during the summer. I had experienced blackouts in China and Central Asia before, so I did what I always did: I tried to illuminate the room a little bit with my headlamps, and then I sat there and waited.

And then, after two or three hours, just like the gentleman at the reception had predicted, the power came back.

It was then that I made a discovery that was long overdue. The pants that I had been wearing for two years… 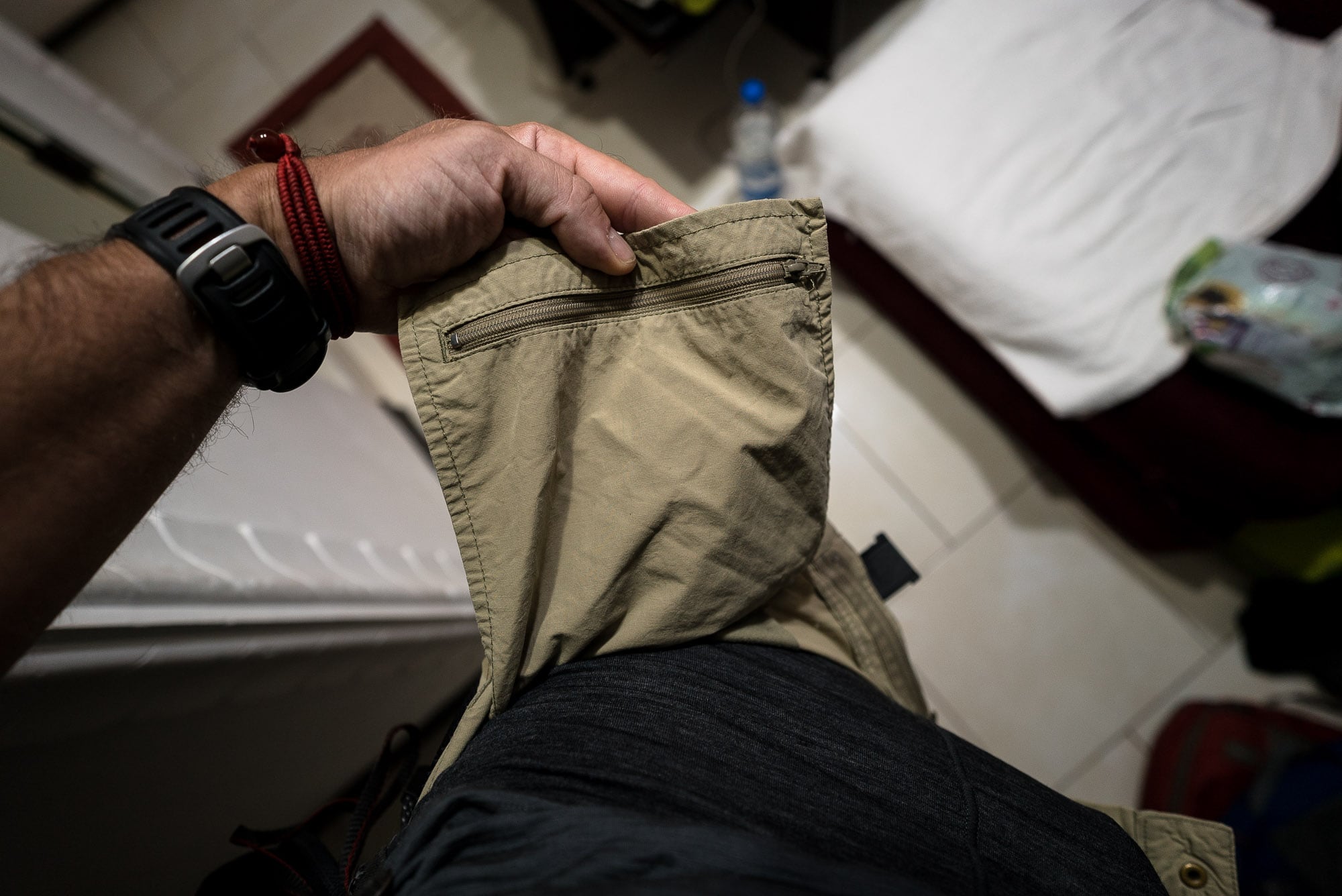 …they had a SECRET POCKET!