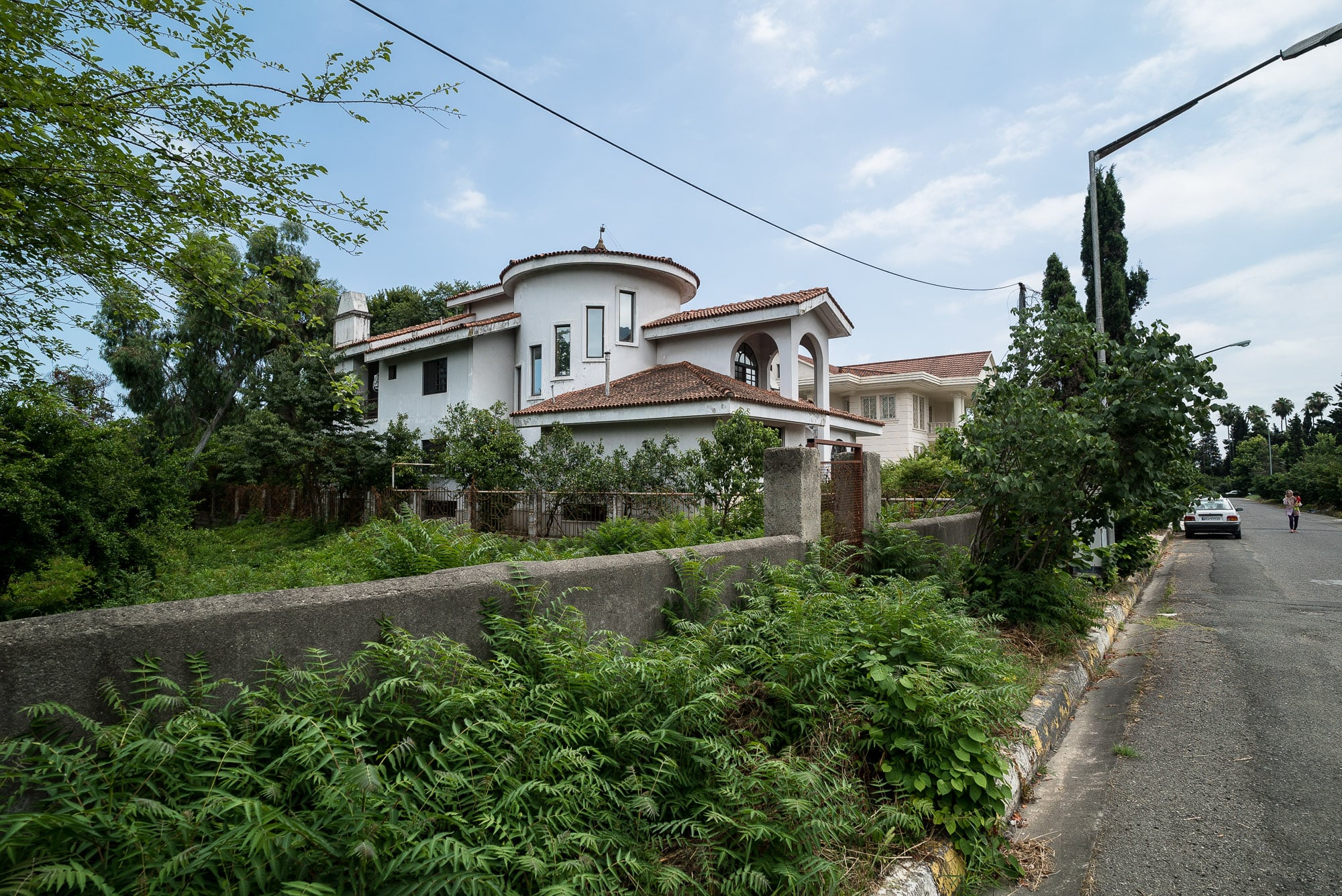 I was told that they were from pre-revolutionary times, and that well-connected people from Tehran lived in them today. And also Arabs. In Iran, the spectre of the rich Arab who came to buy stuff and live the high life was never very far. Though personally I had only met ordinary people from Iraq.

I went back to the promenade which I had seen the day before. On one end of it there was an old casino: 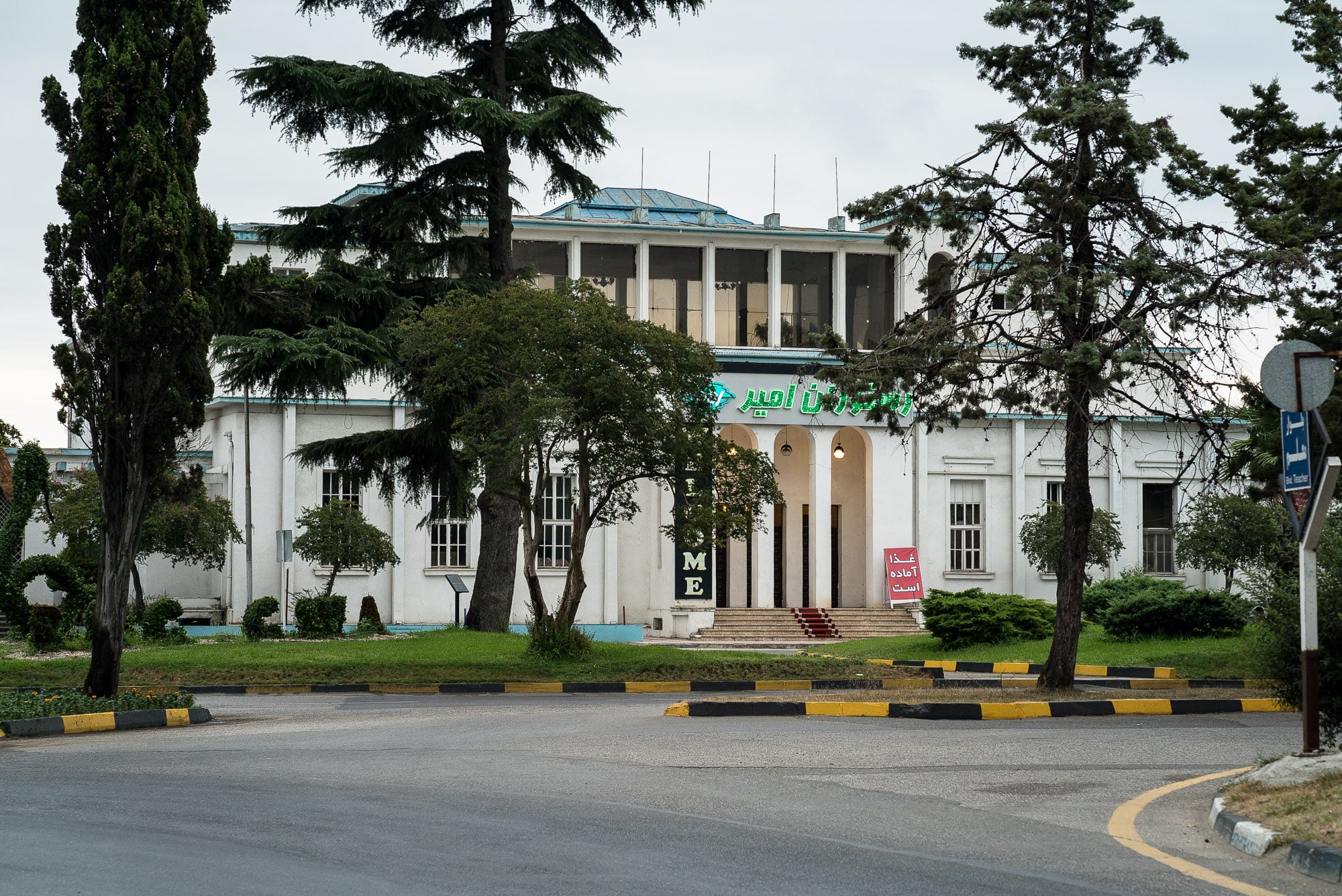 I didn’t go in. The Islamic Revolution had stopped it from being a casino anyway.

Instead, I wanted to see what I suspected to be the royal palace of Ramsar: 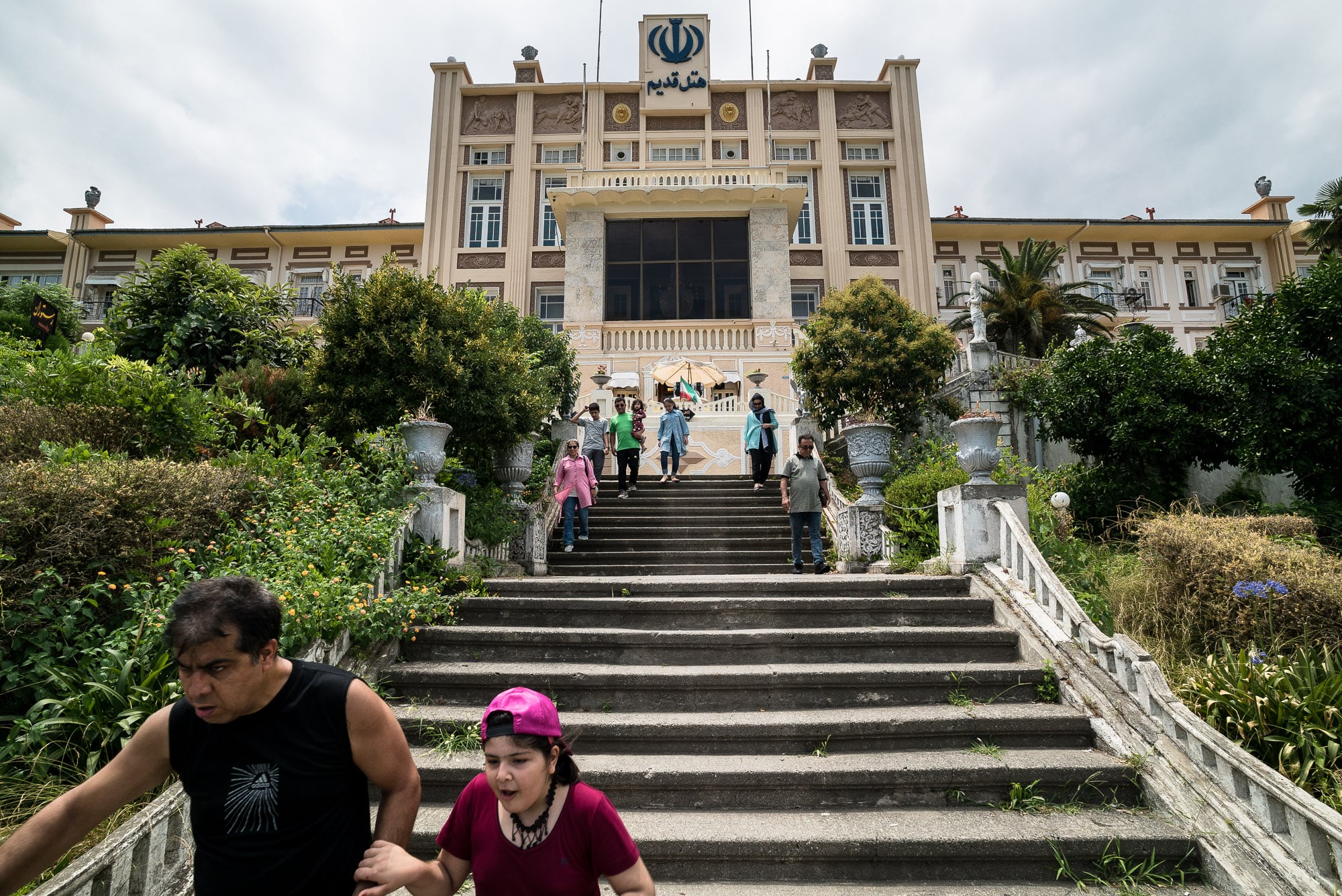 The view was nice from up there, but it wasn’t a palace: 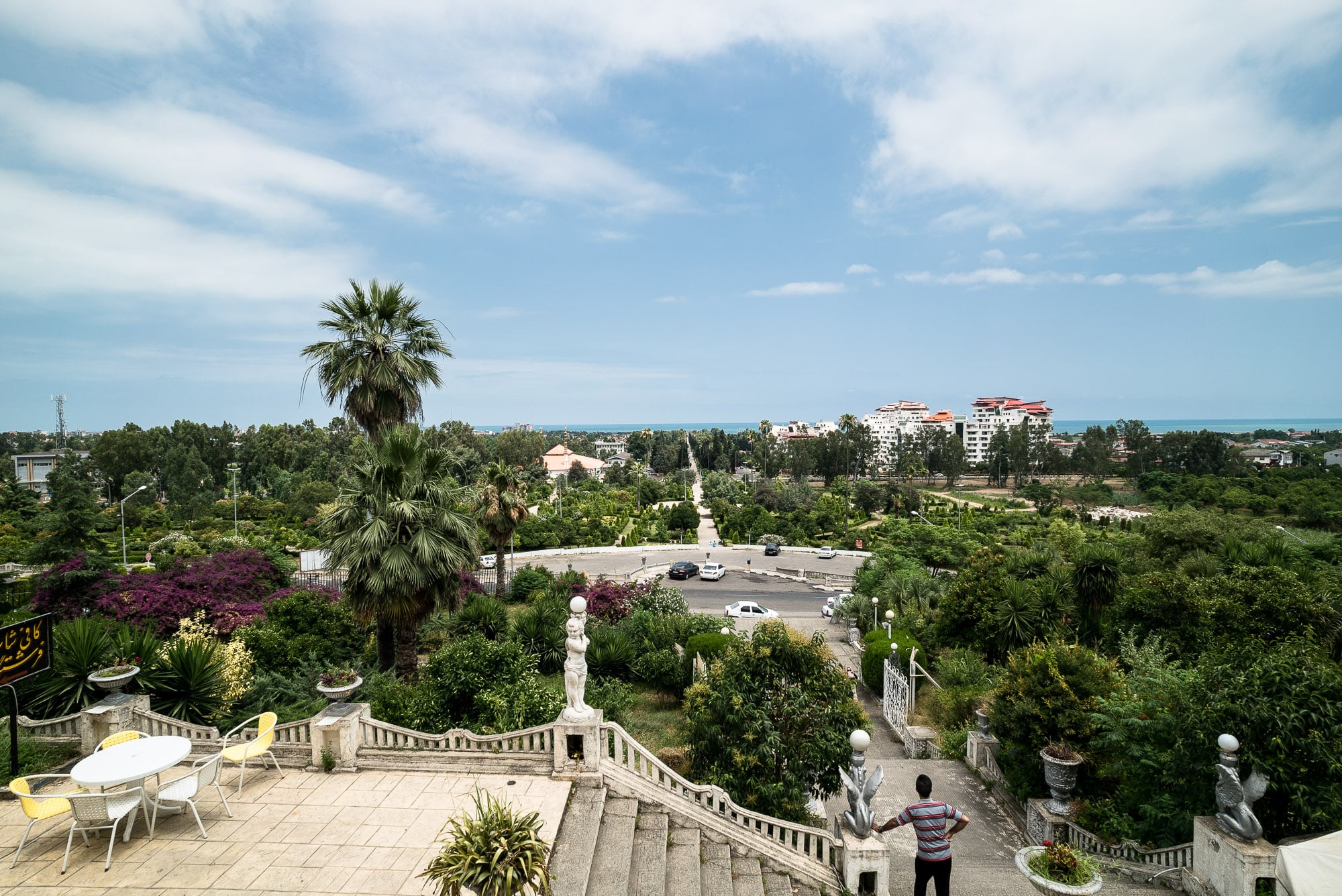 It was an old hotel that the Shah had built in this place, facing the casino. But since there was a “palace” marker on my map, and since I wanted to see a palace and not just some random hotel, I walked around confusedly for a long time.

There was a car museum behind the hotel: 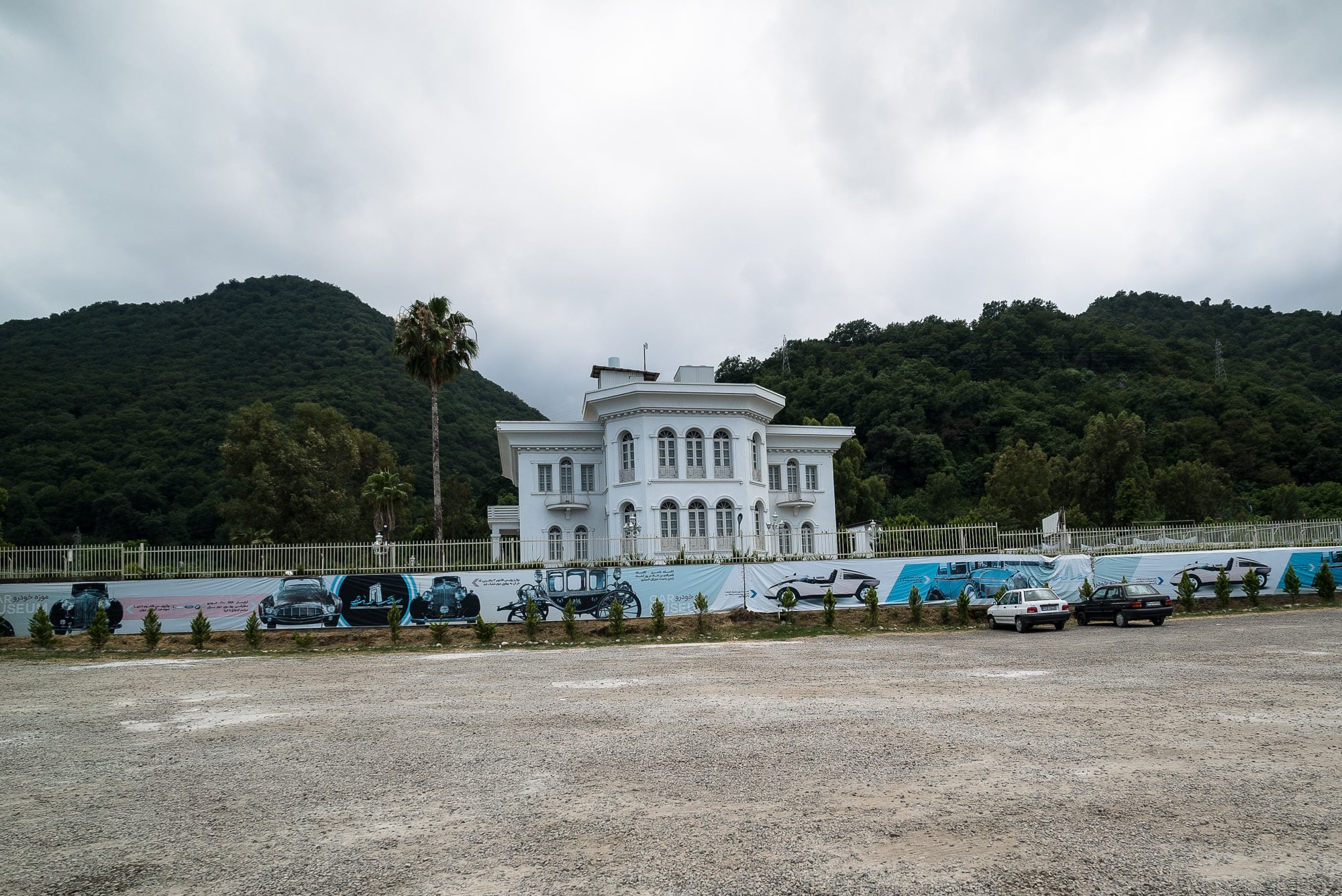 Turns out that this was actually the palace.

This guy wasn’t able to help much either, but he did know a good spot for a photo: 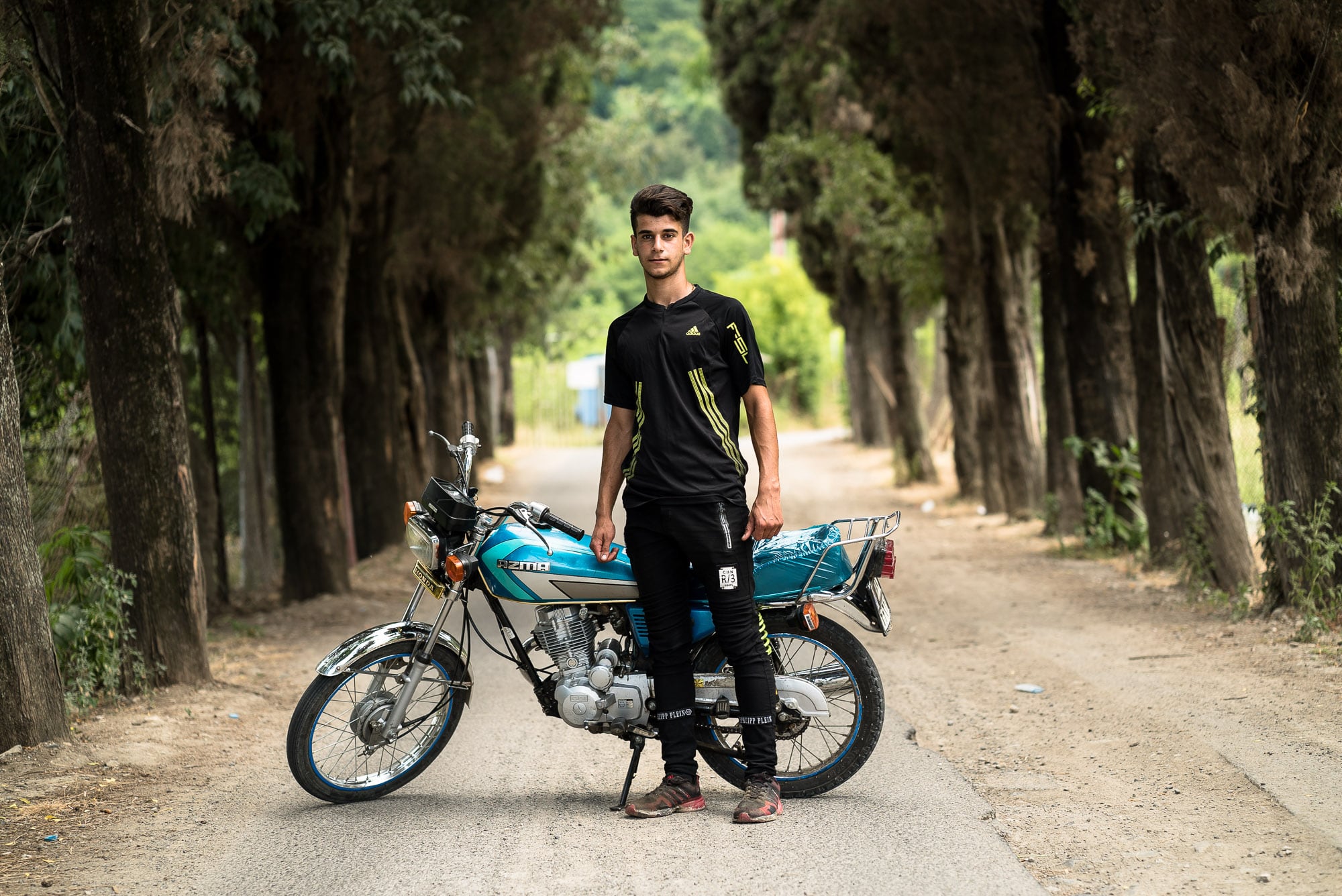 I ran into a family from Tabriz who had come for a holiday outing in their old bus: 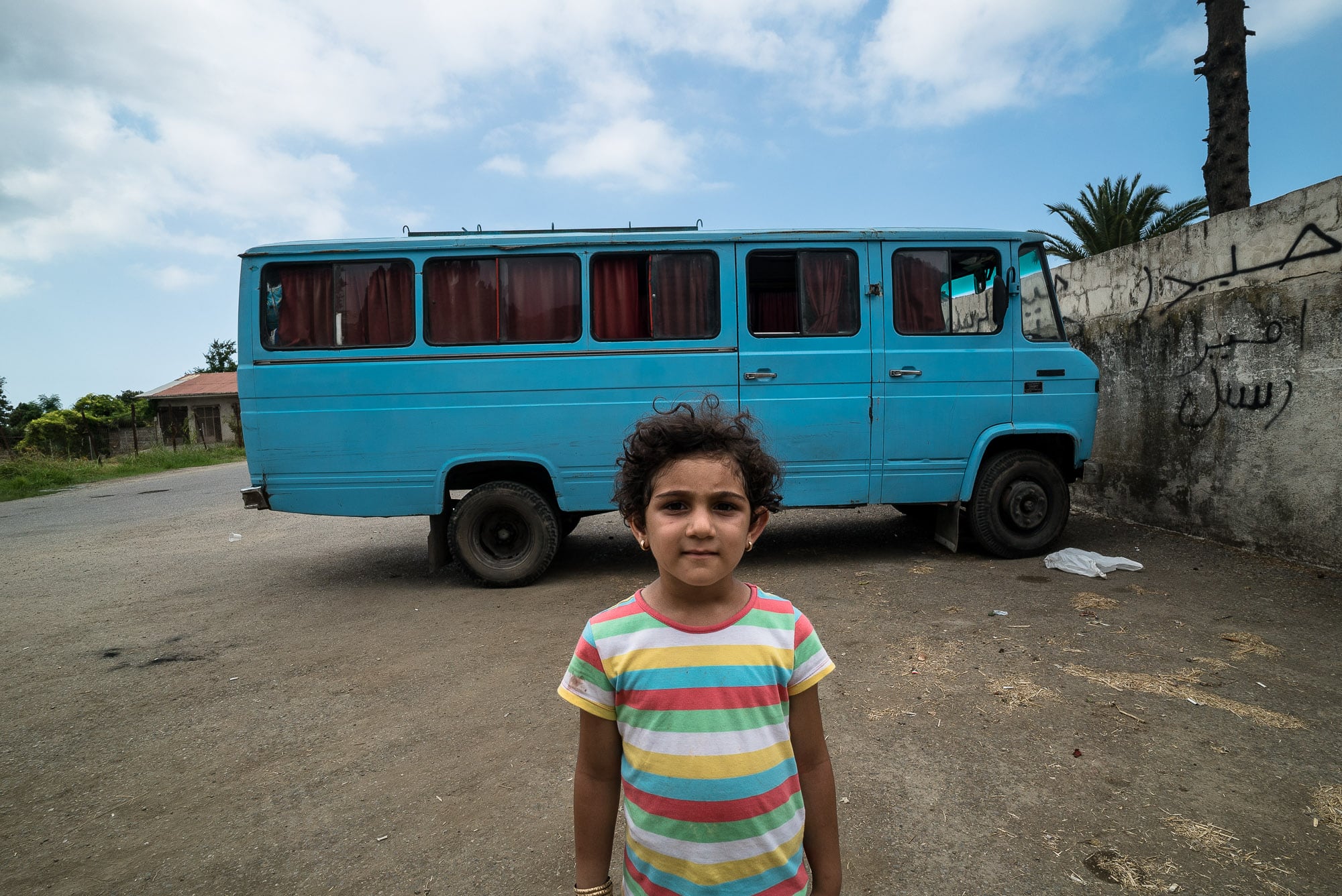 Then someone explained to me that the old hotel was actually the one thing that was most worth looking at in Ramsar, so I went back there. It looked a bit run down, but it was true: 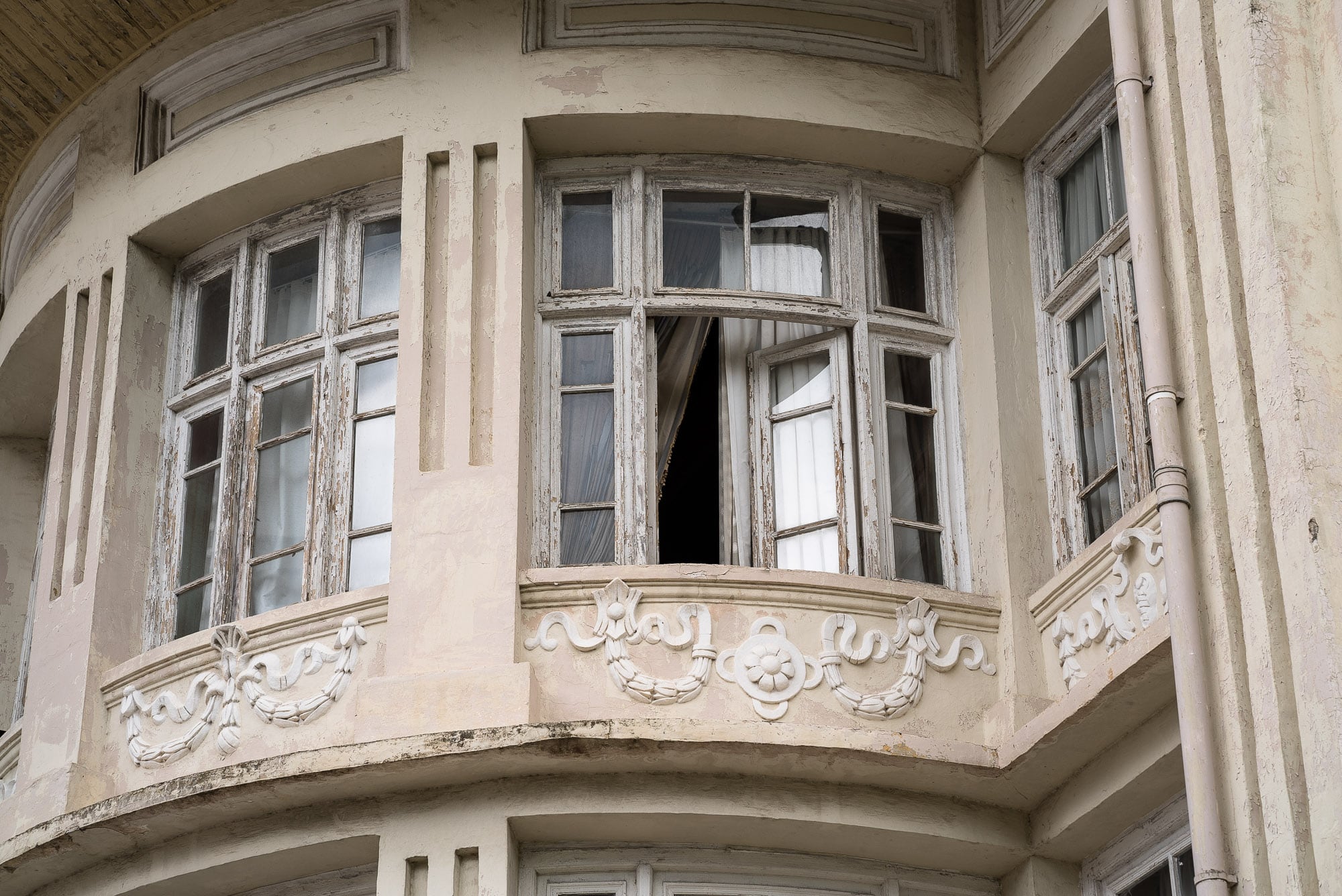 The hotel, which had been built in the 1930s, really was quite beautiful: 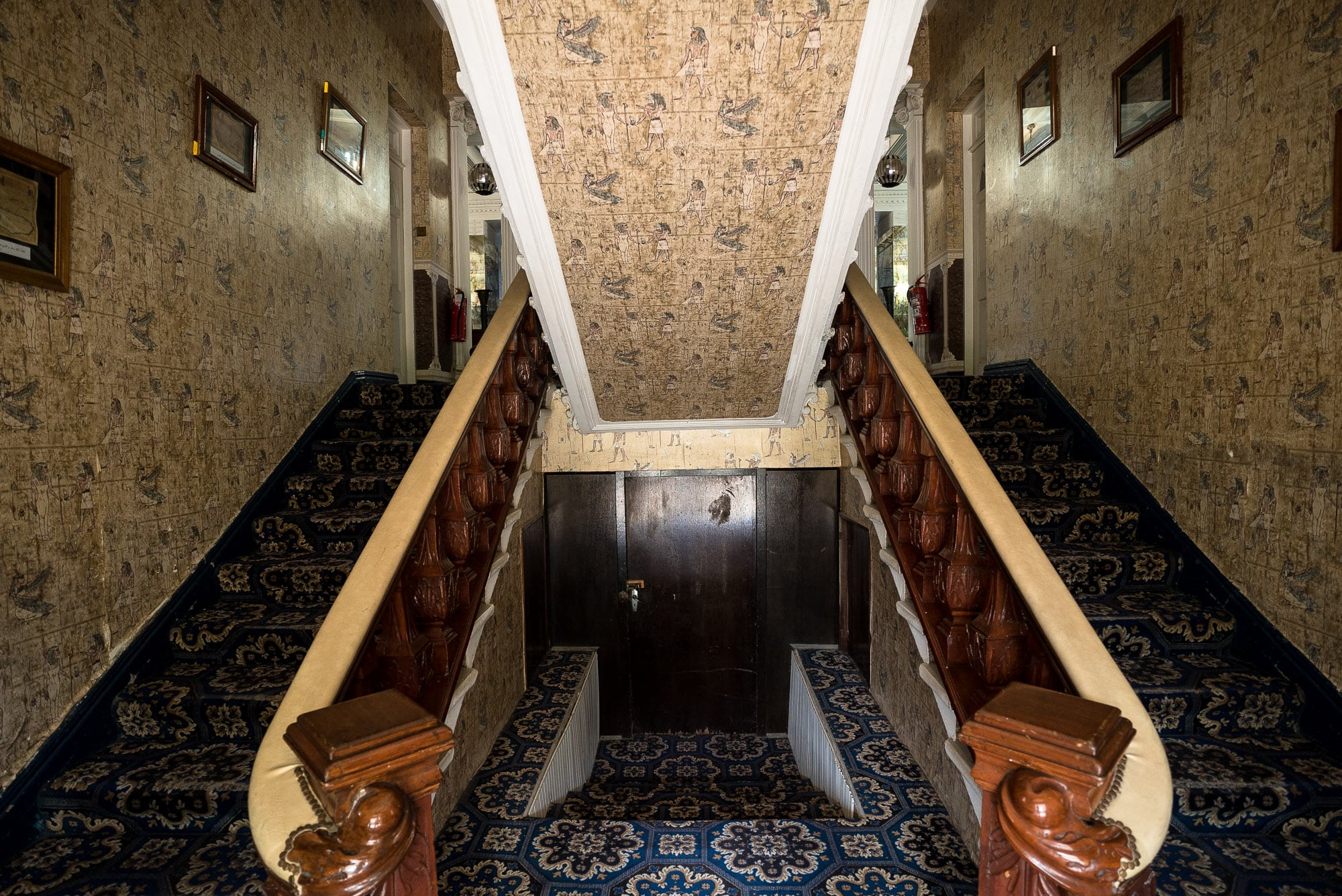 The foyer looked like something out of an old gangster movie: 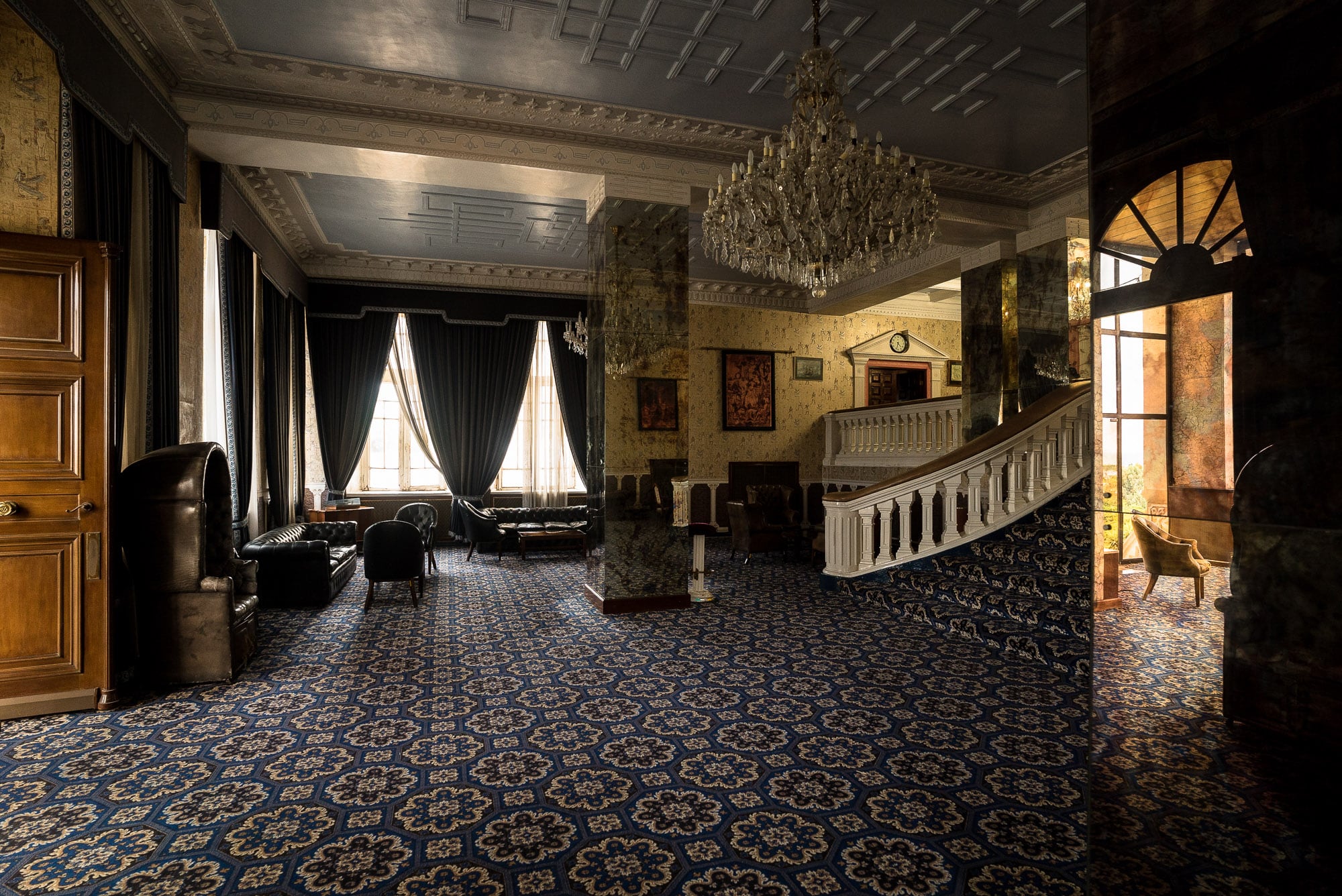 And there was a group of chairs overlooking the Caspian Sea and the town: 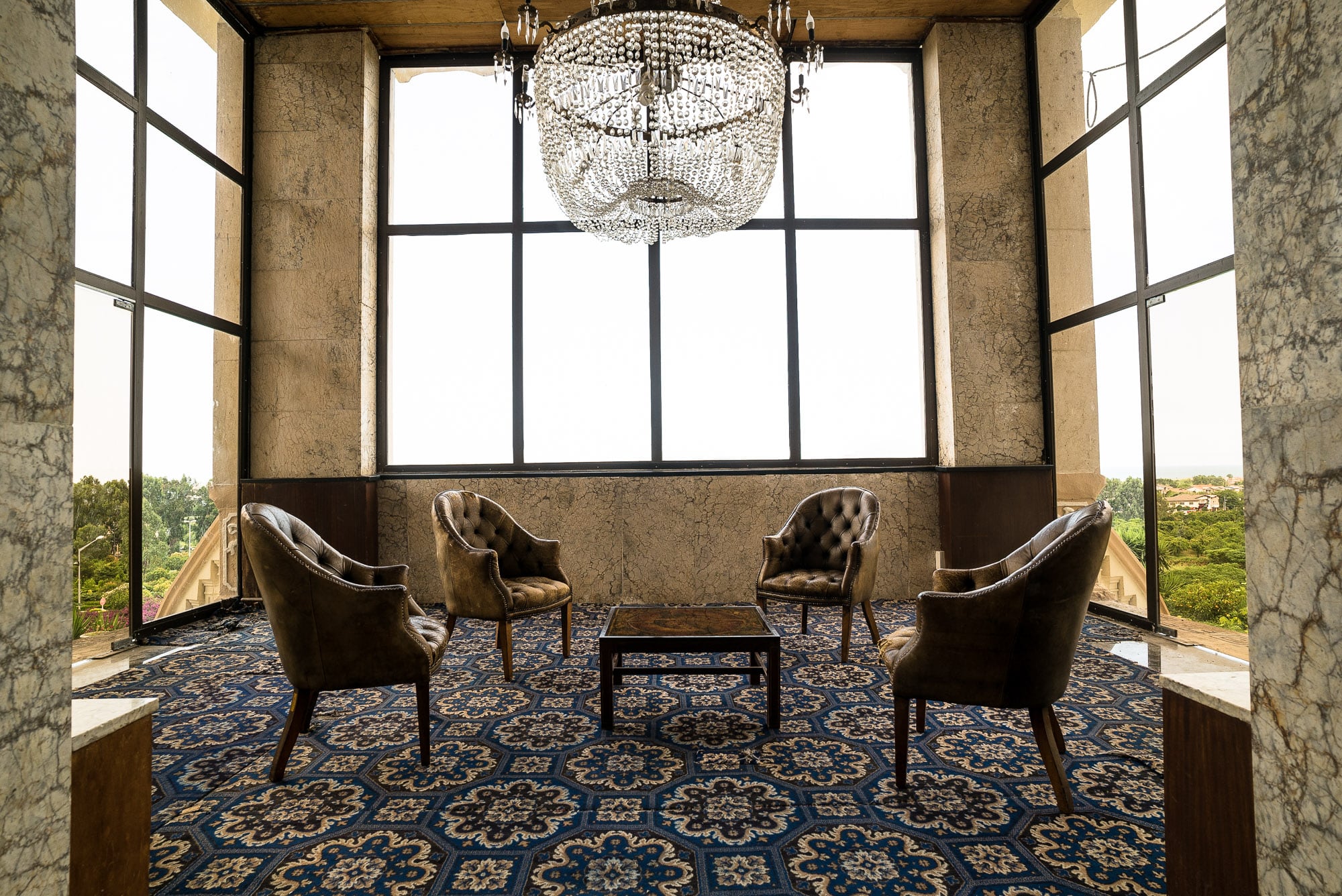 I noticed a few tourists from other parts of the country. Some of them were staying in the hotel, while others had just come to snap some pictures. I watched them for a while, and it seemed to me as if they were trying to hold on to a part of their history that was about to slip through their hands.

The name Ramsar was not very well known outside of Iran, and yet this hotel had once been one of the most noble establishments in the Middle East. It had housed stars from all over the world, and the casino on the other end of the promenade had been so important that at one time in the 1970s, Donald Trump had apparently come here to try and buy it.

And then the tidal wave of the Islamic Revolution had swept over it, covering and burying it under its soil, leaving it dormant. Or was it already dead?

I walked around town a little more after this. Outside of the old villa area, Ramsar seemed to be just another ordinary town. There were shops selling beach toys: 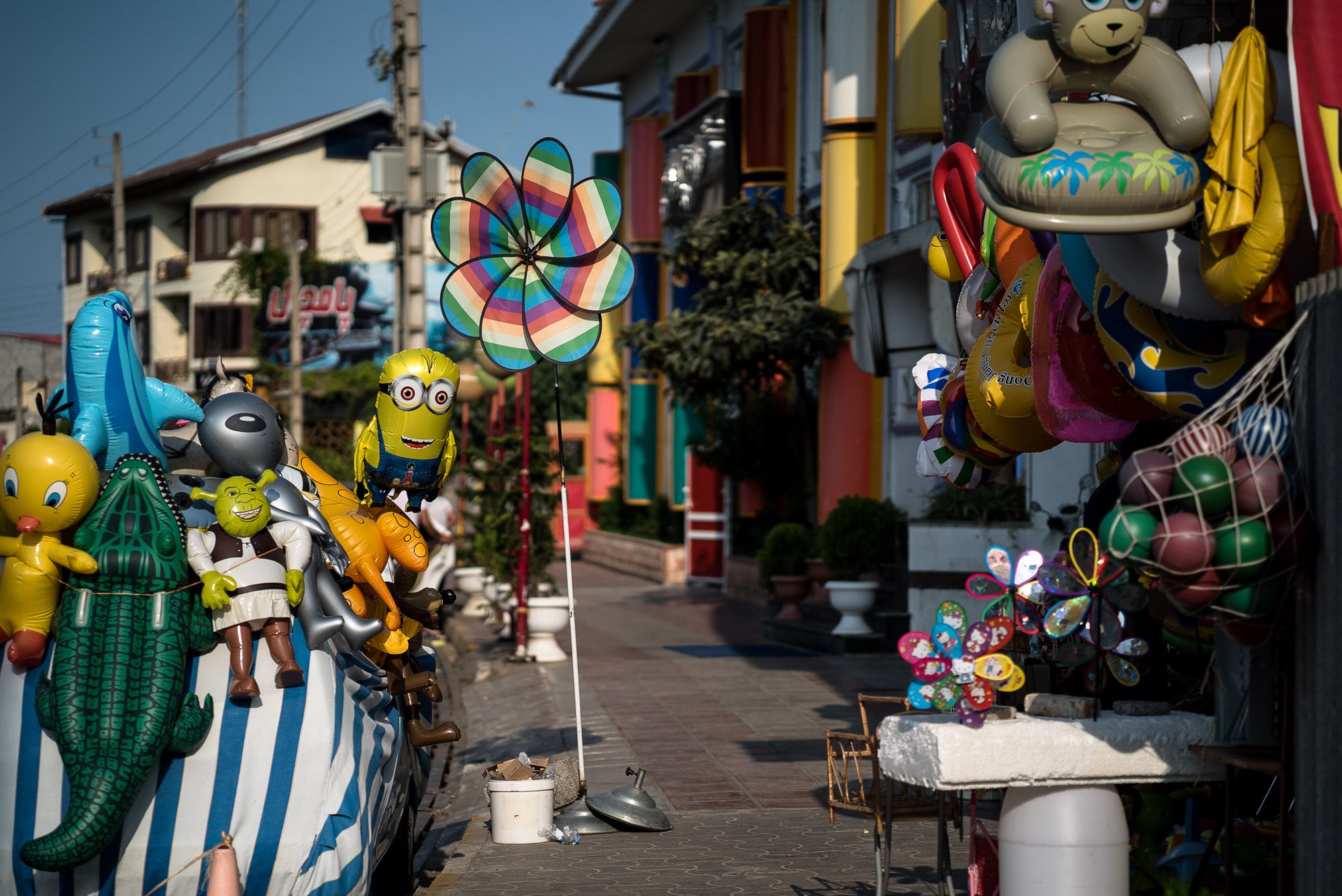 And I found a restaurant that offered traditional Persian food, which was quite refreshing after several days of nothing but burgers, fries, and pizza: 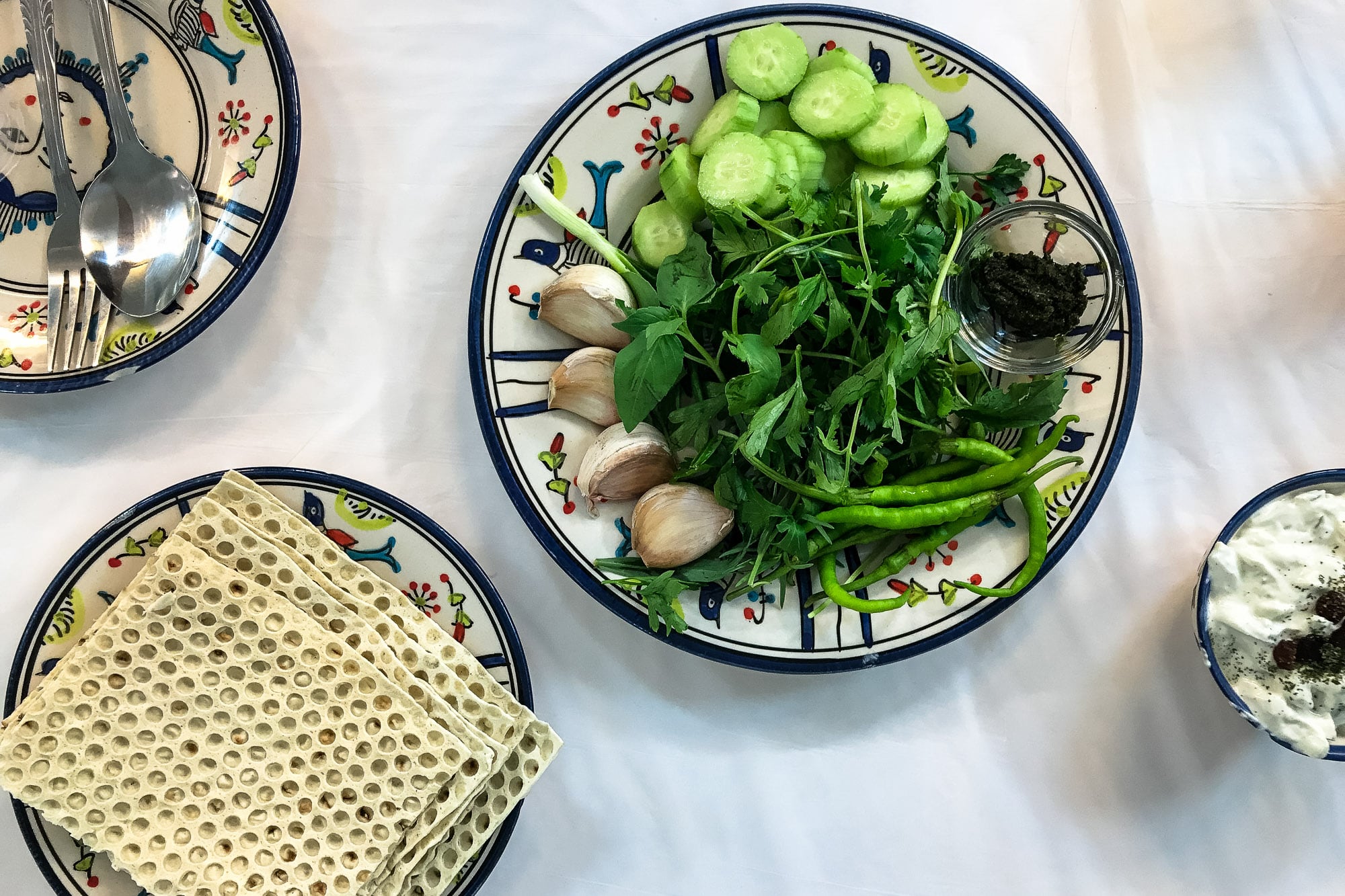 In the end I found out that the little car museum had once been the royal palace.

I didn’t plan on going there, though. I was not interested in cars.