Walking along the highway, and never being able to leave it, and having the earplugs block everything out and making the world sound as if I was underwater, had left me with a strange sense of detachment. It felt as though I was driving a car through this part of Iran, only very very slow.

I wanted alcohol, so when I saw these bottles with fancy cocktail names, I was amazed: 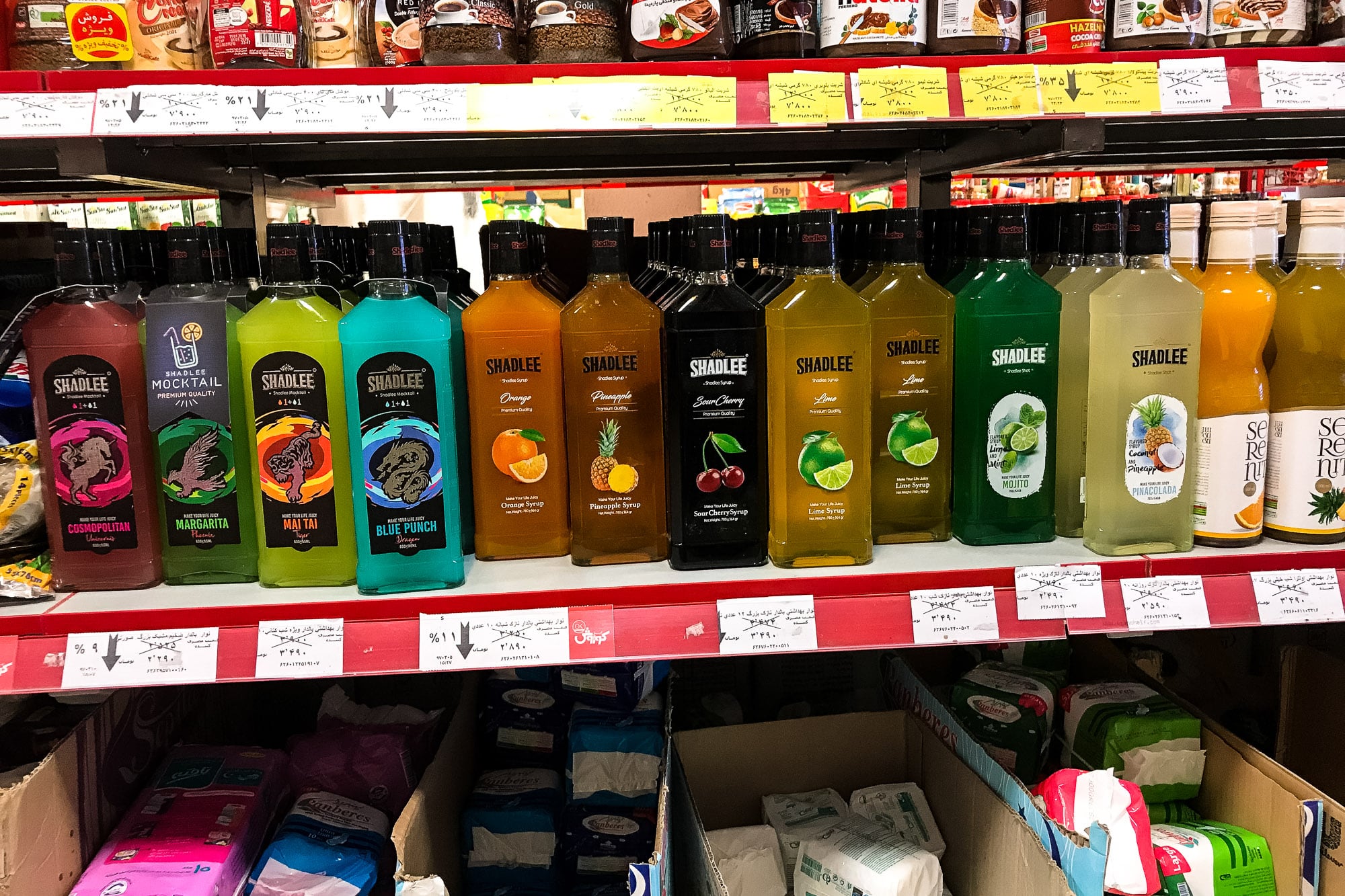 I knew they were non-alcoholic. Iran, America’s estranged twin, was in its prohibition period, and there was no alcohol allowed for anyone, anywhere. I decided to purchase a bottle of this non-alcoholic syrup called “Mojito” anyway: 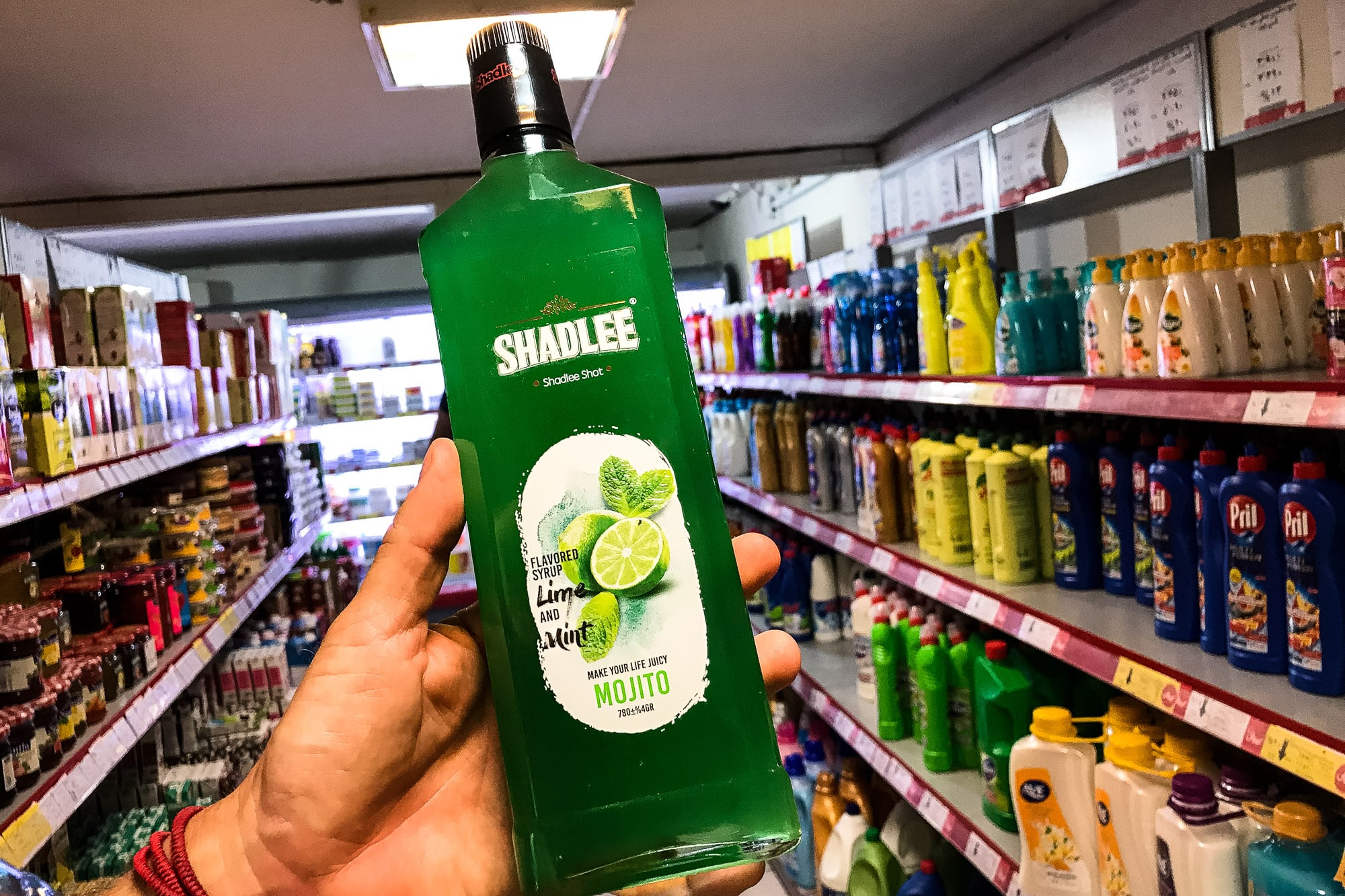 I left Nur on the highway: 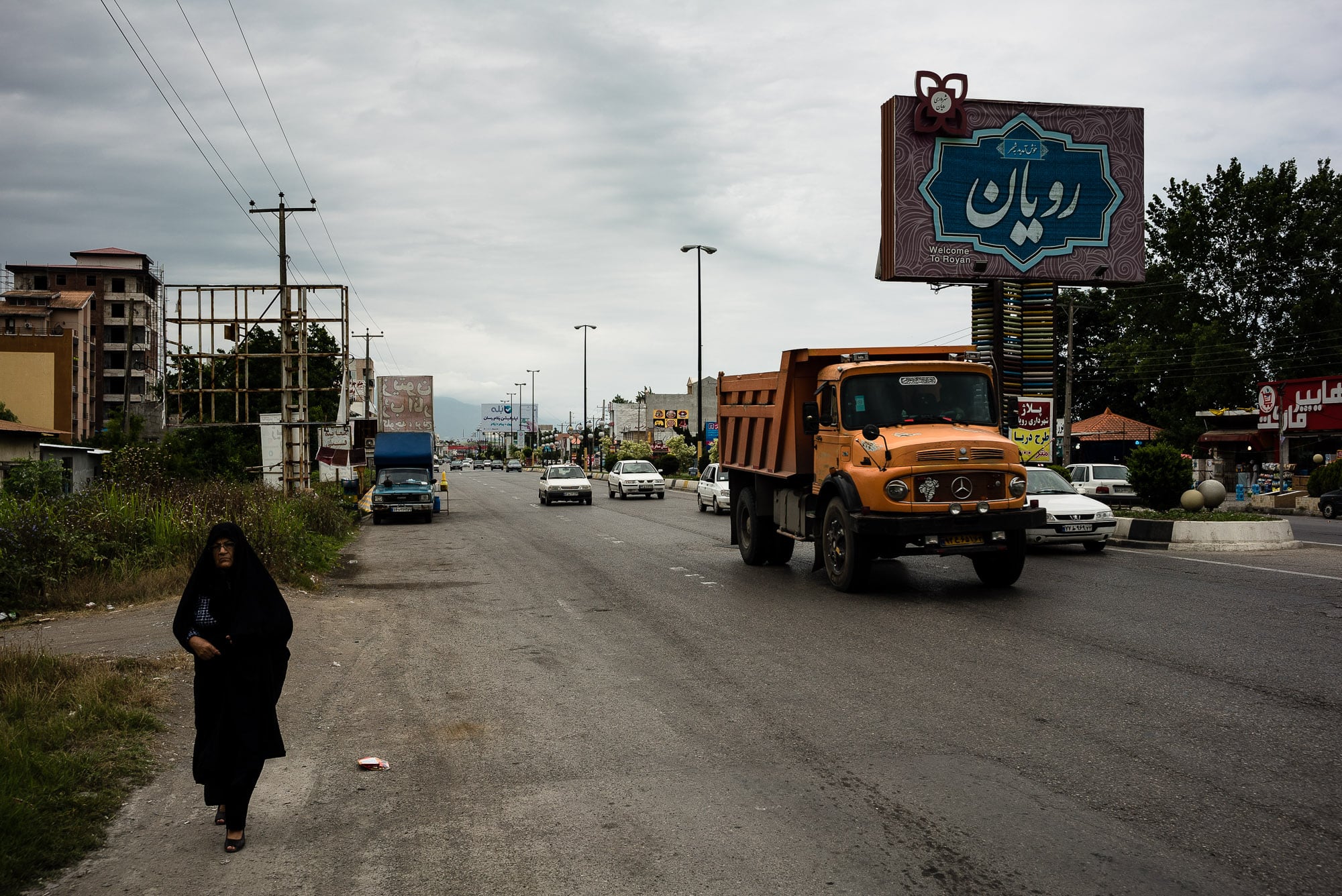 It was just as loud as ever, but there was no other way to go.

It was mostly semi-urban sprawl: 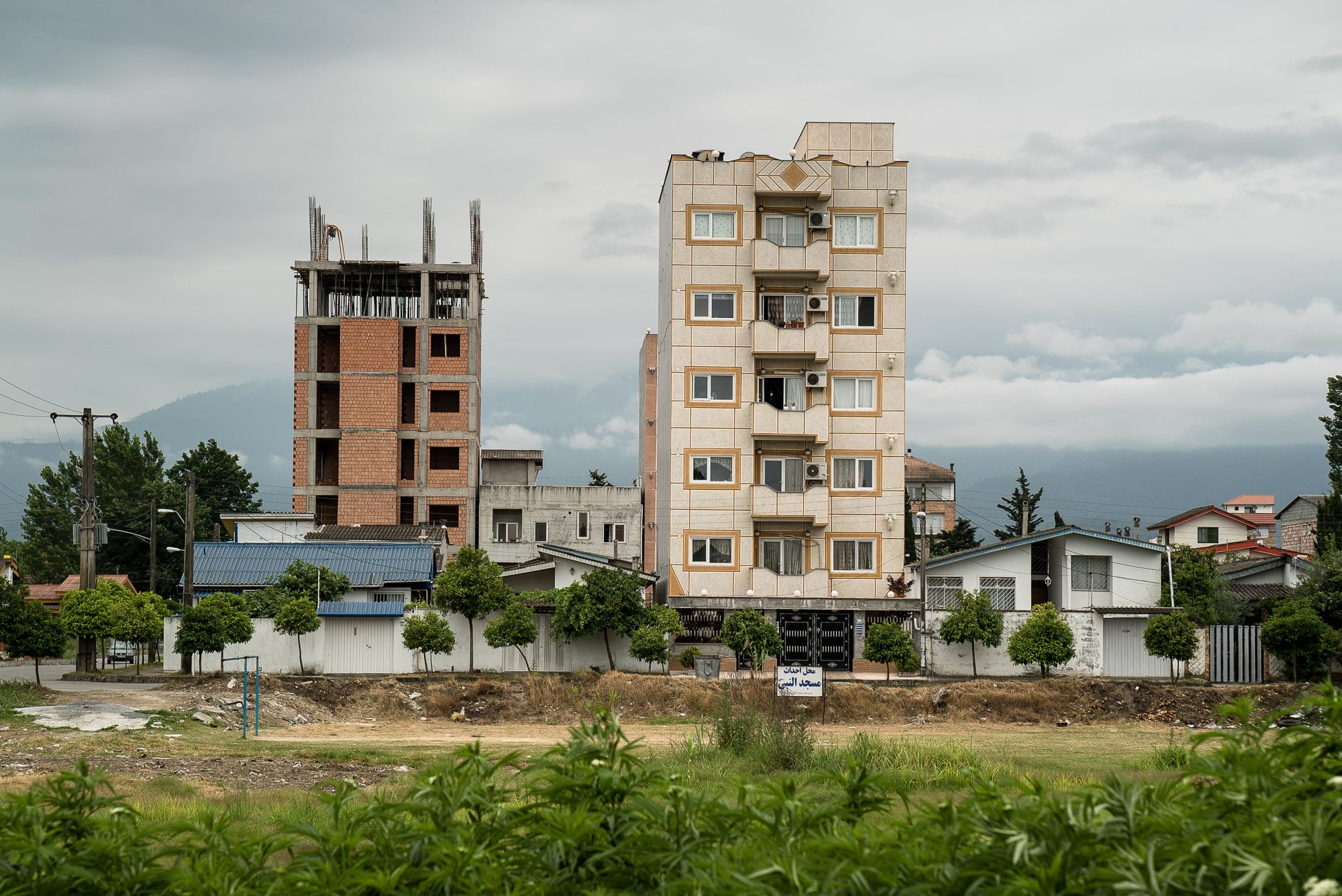 And sometimes, there was a fabulous stairway: 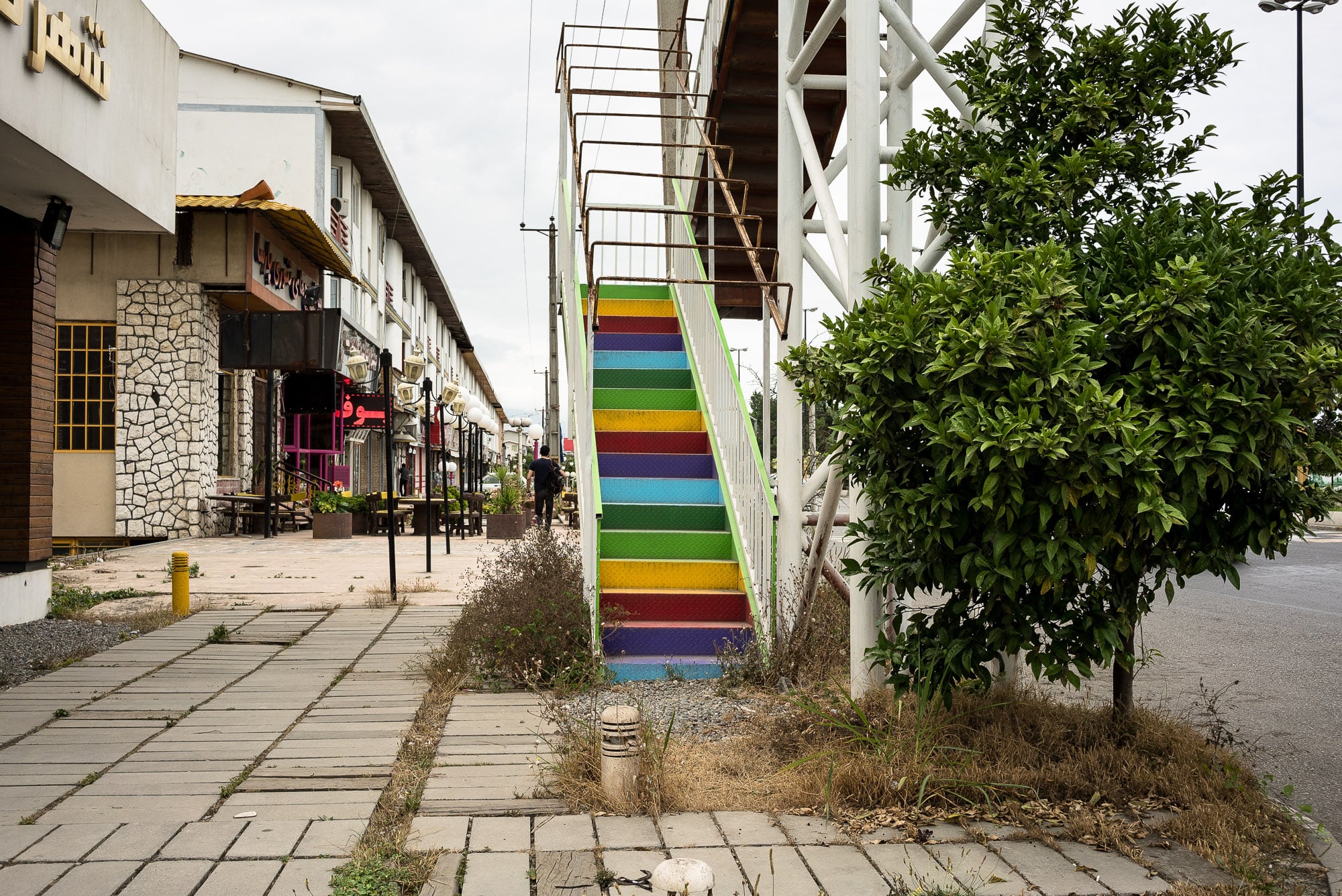 Or a fabulous bridge: 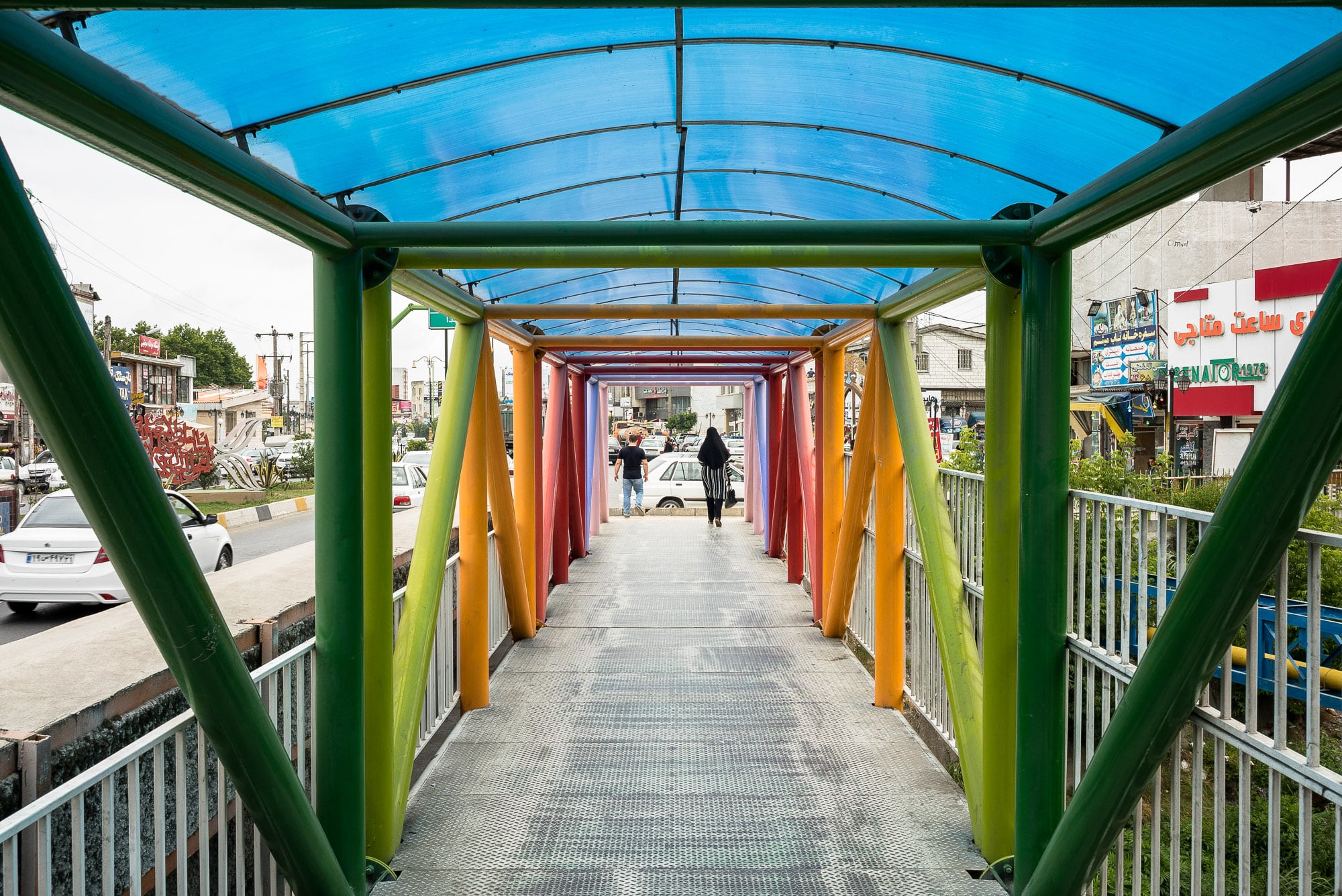 I tried the “Mojito” syrup, and it sucked: 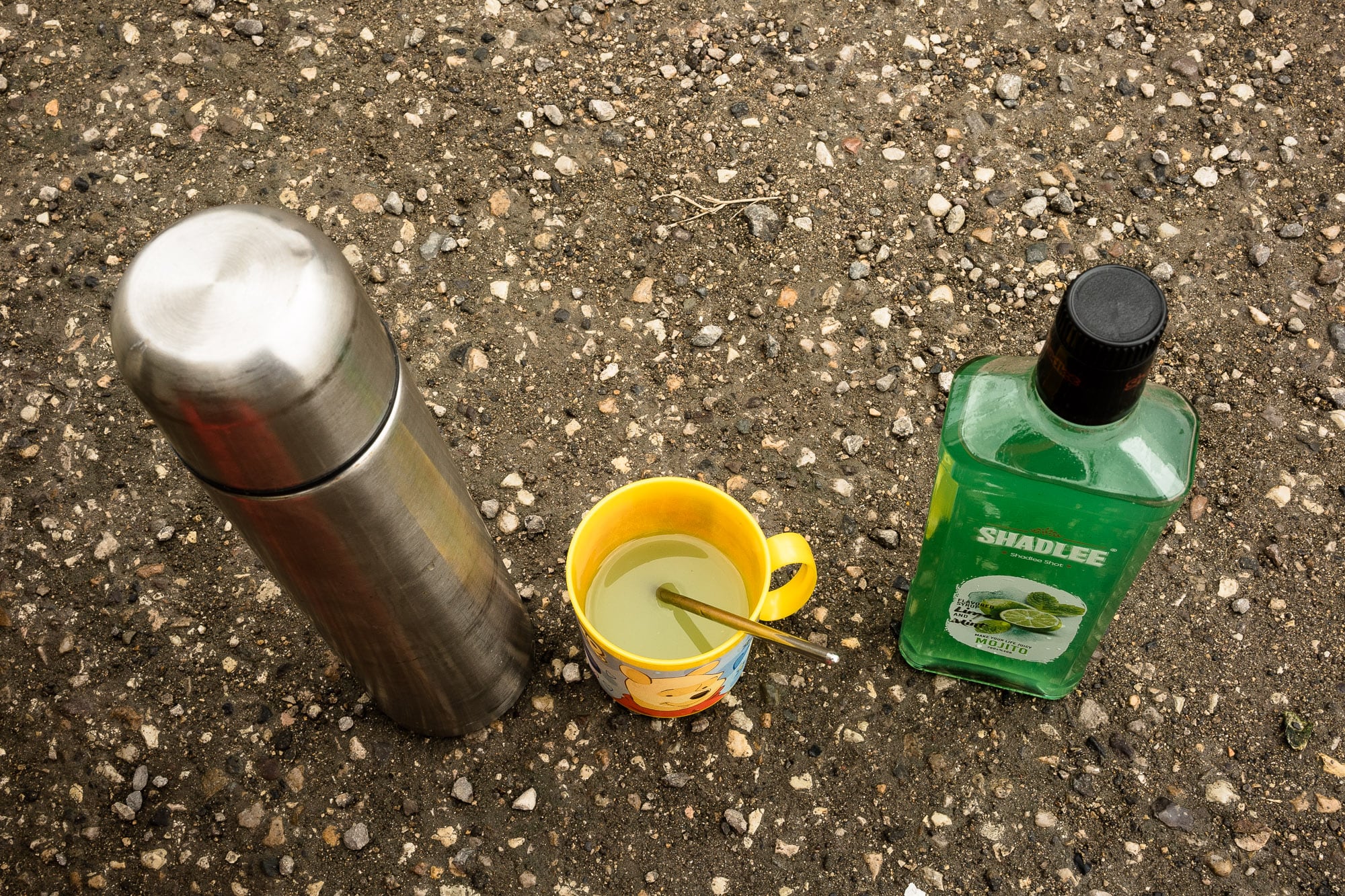 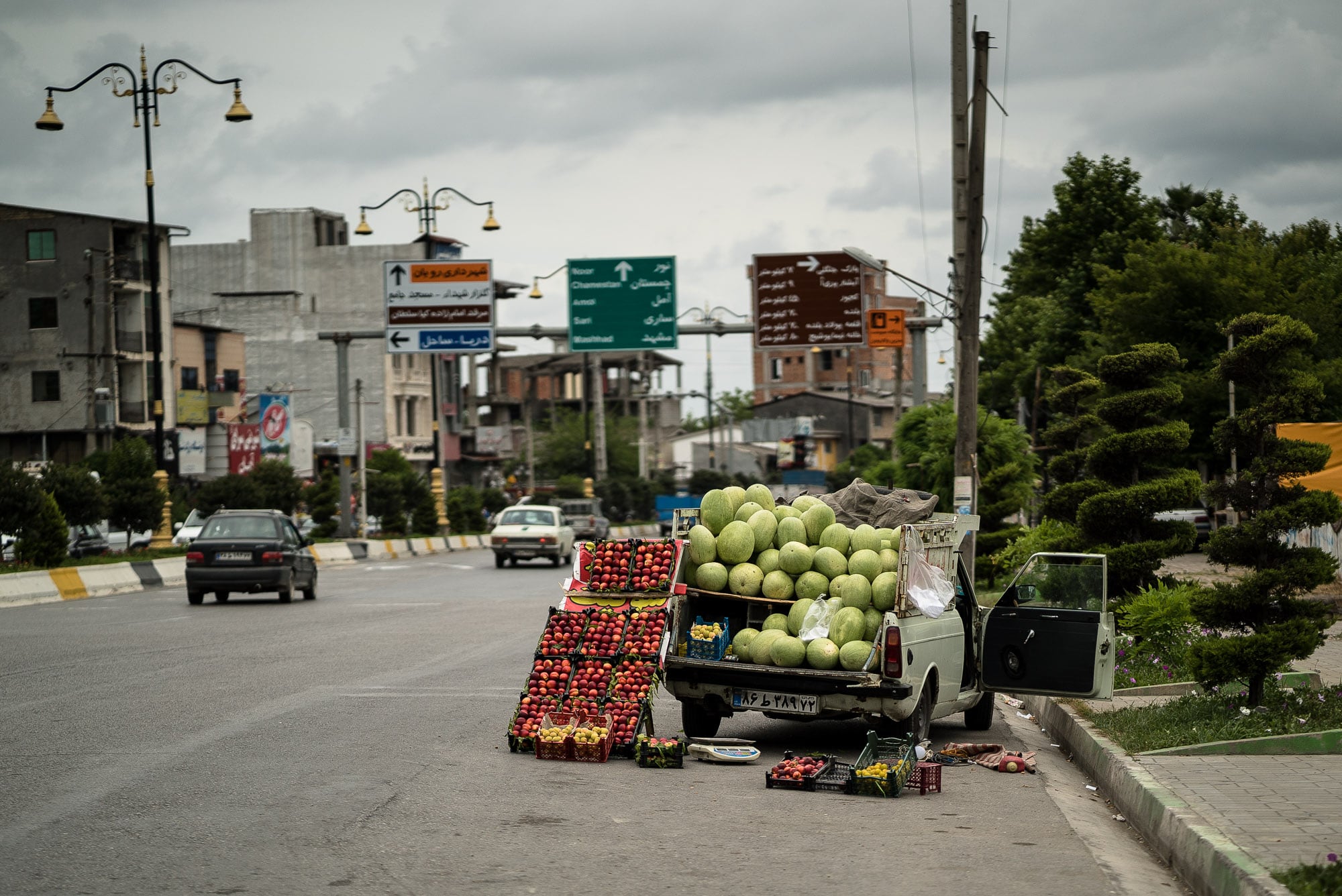 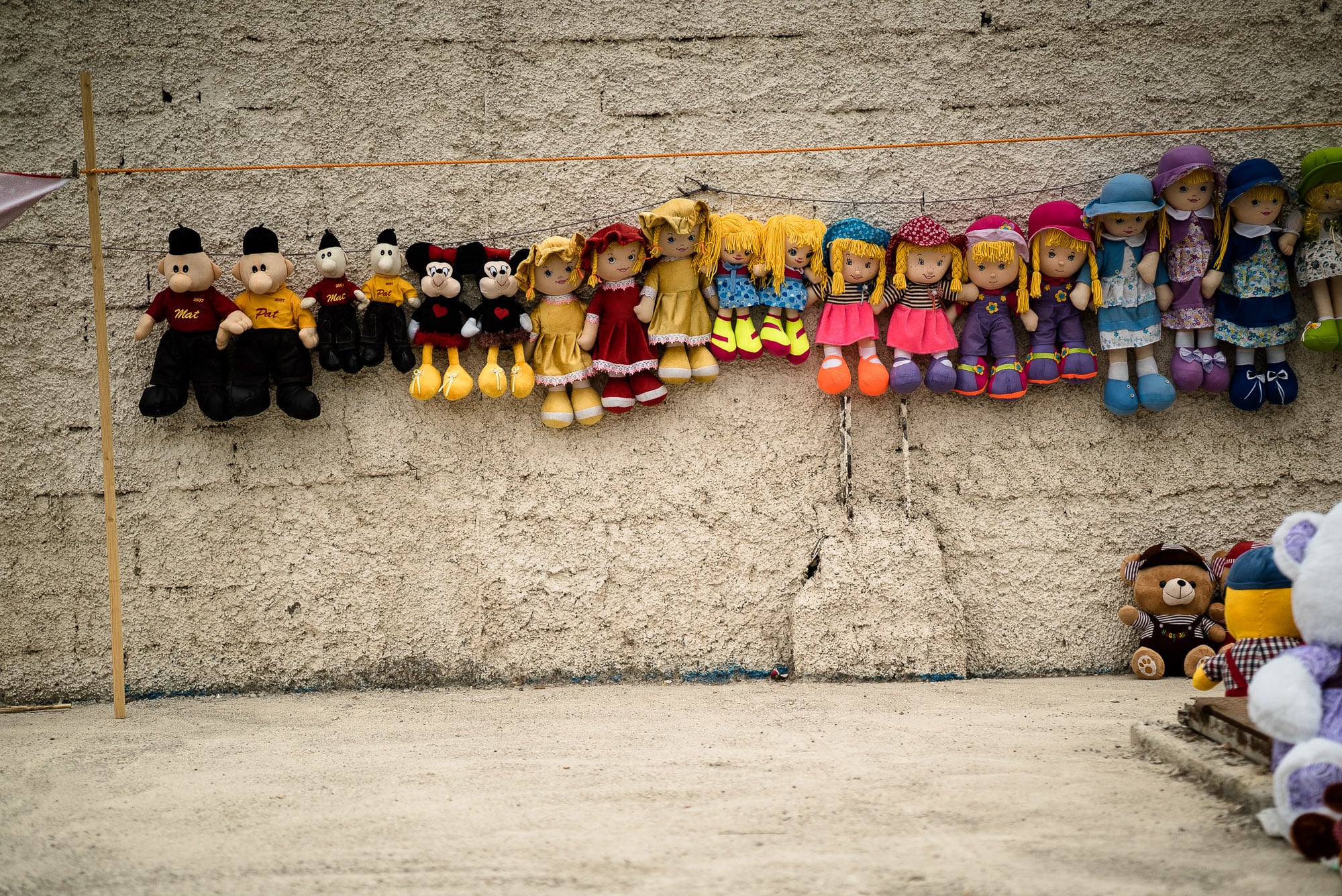 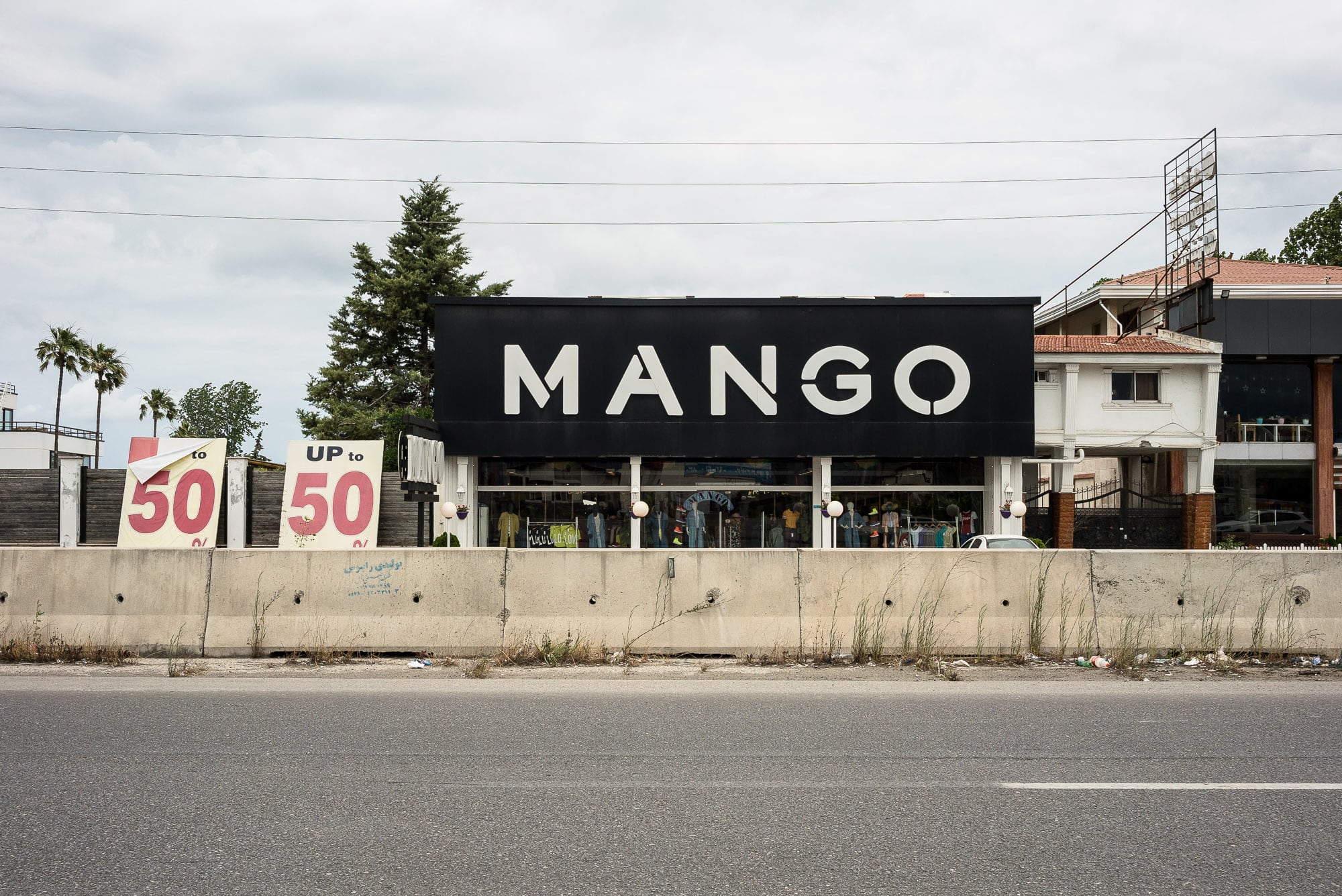 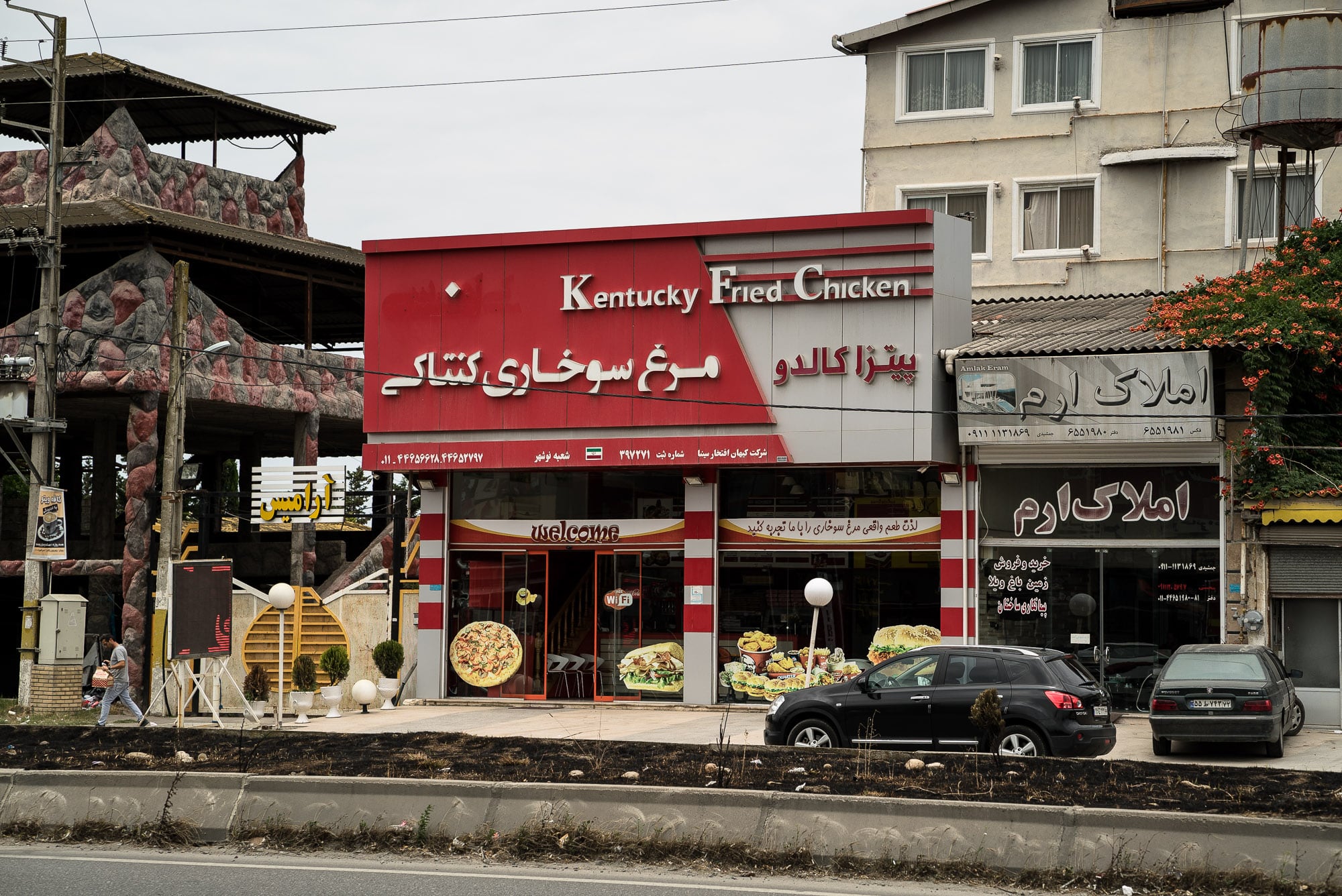 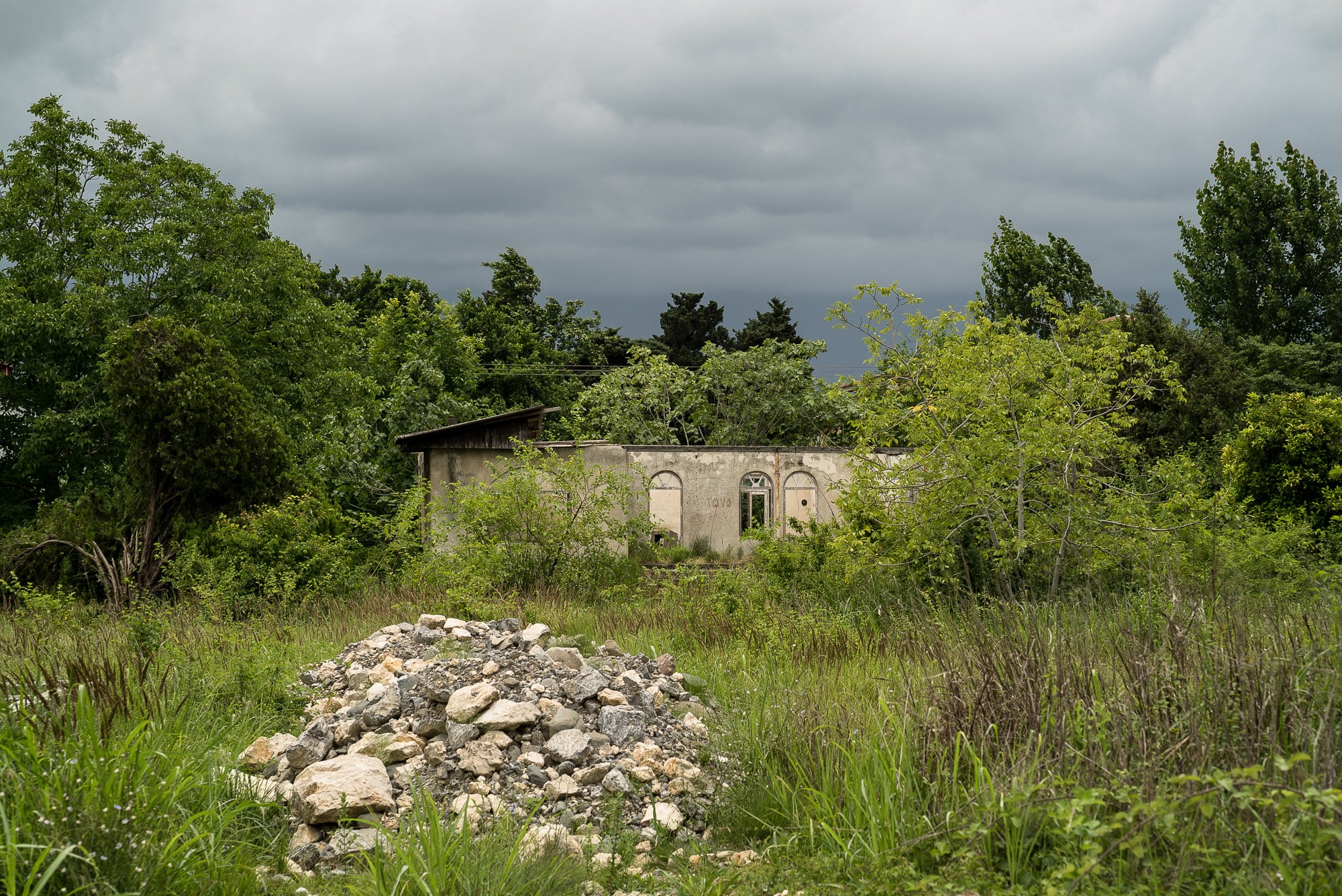 In one place, some dude was trying to sell FSB towels: 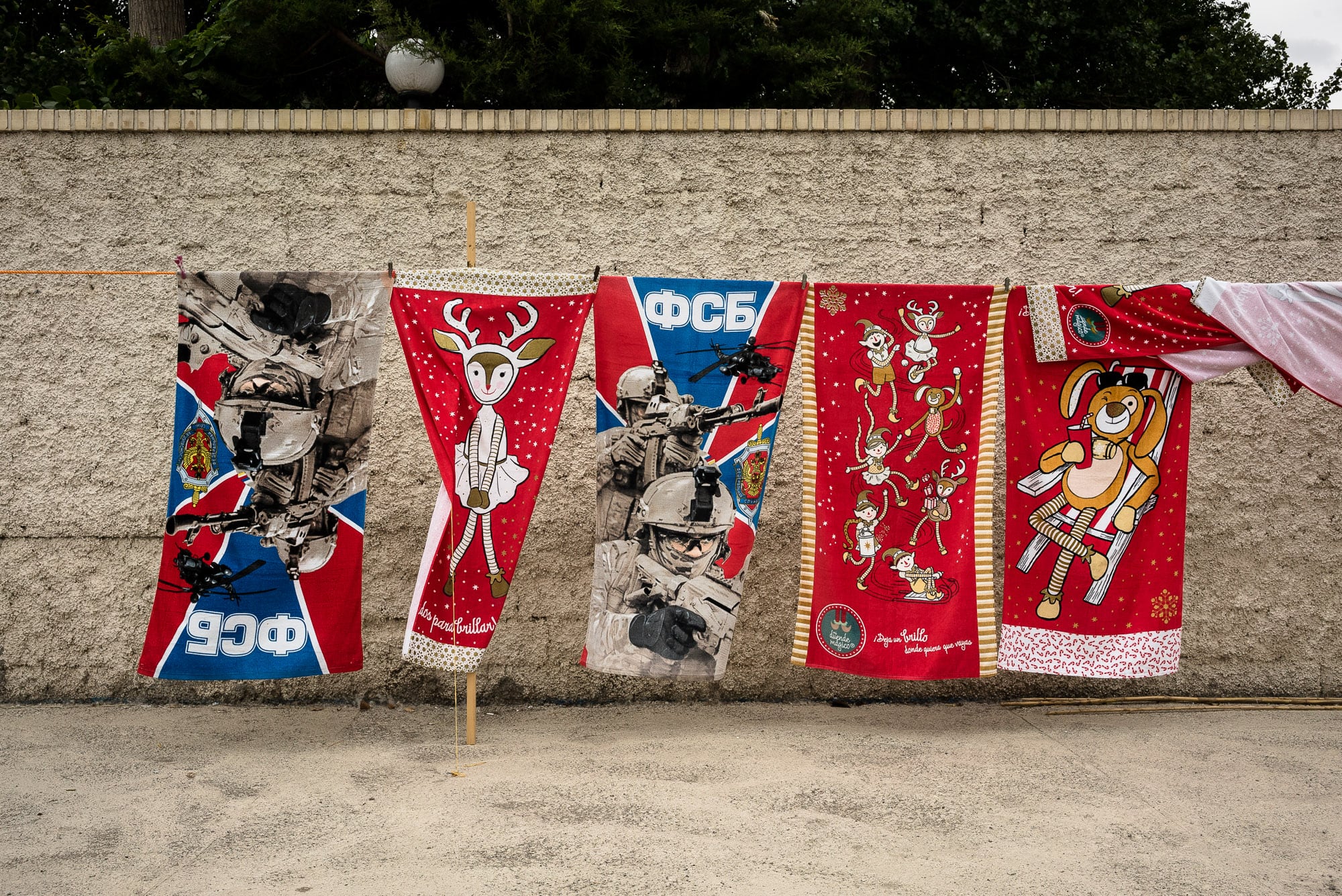 Iran wasn’t only America’s estranged twin. It was also that of China.

I had a late lunch of Akhbar Joojeh: 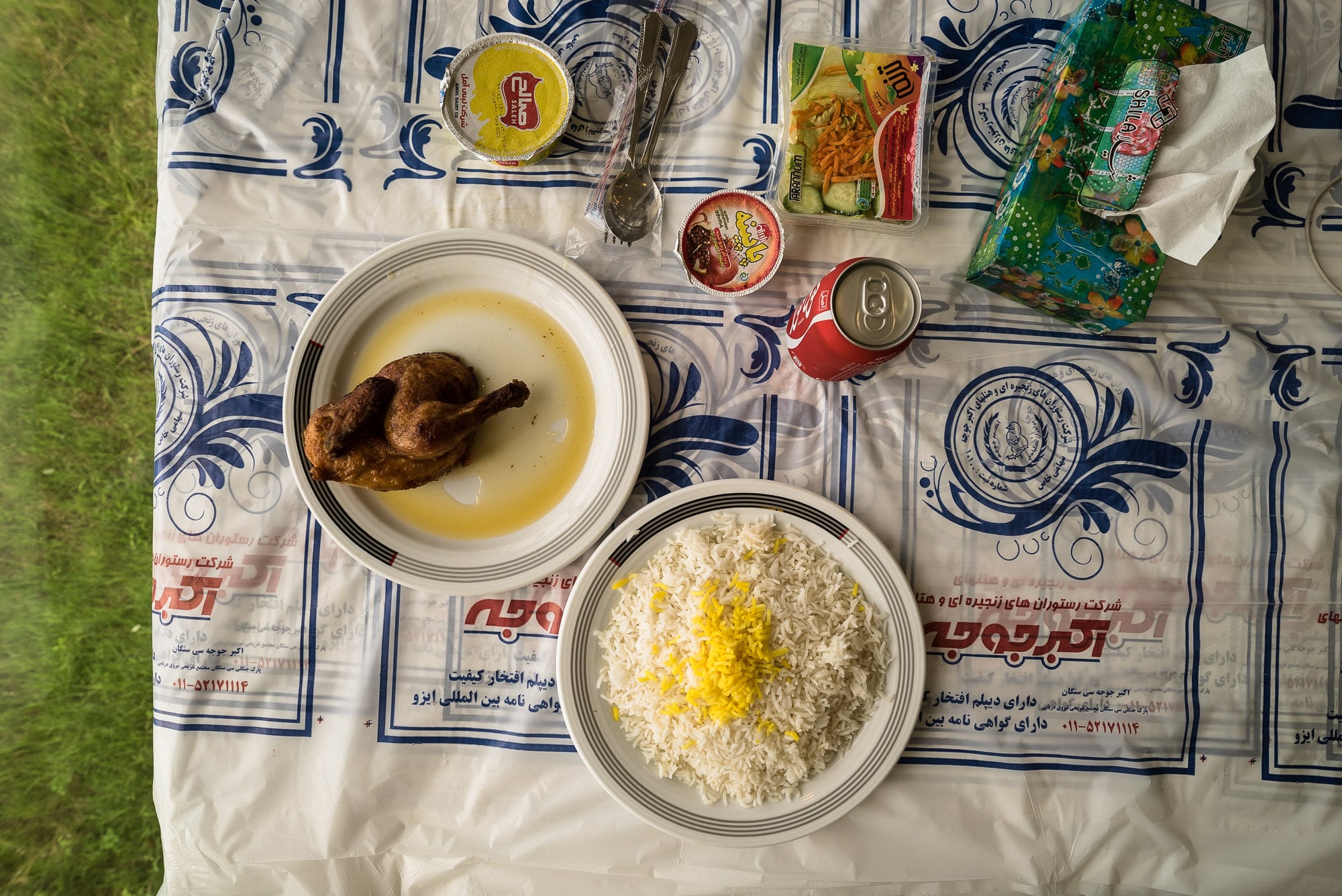 And then I passed a part of the highway that people had been telling me about for the last 300km on the road. “The Caspian Sea is on one side, the mountains are on the other!” they had told me with shining eyes.

Well, the Caspian Sea was sort of there: 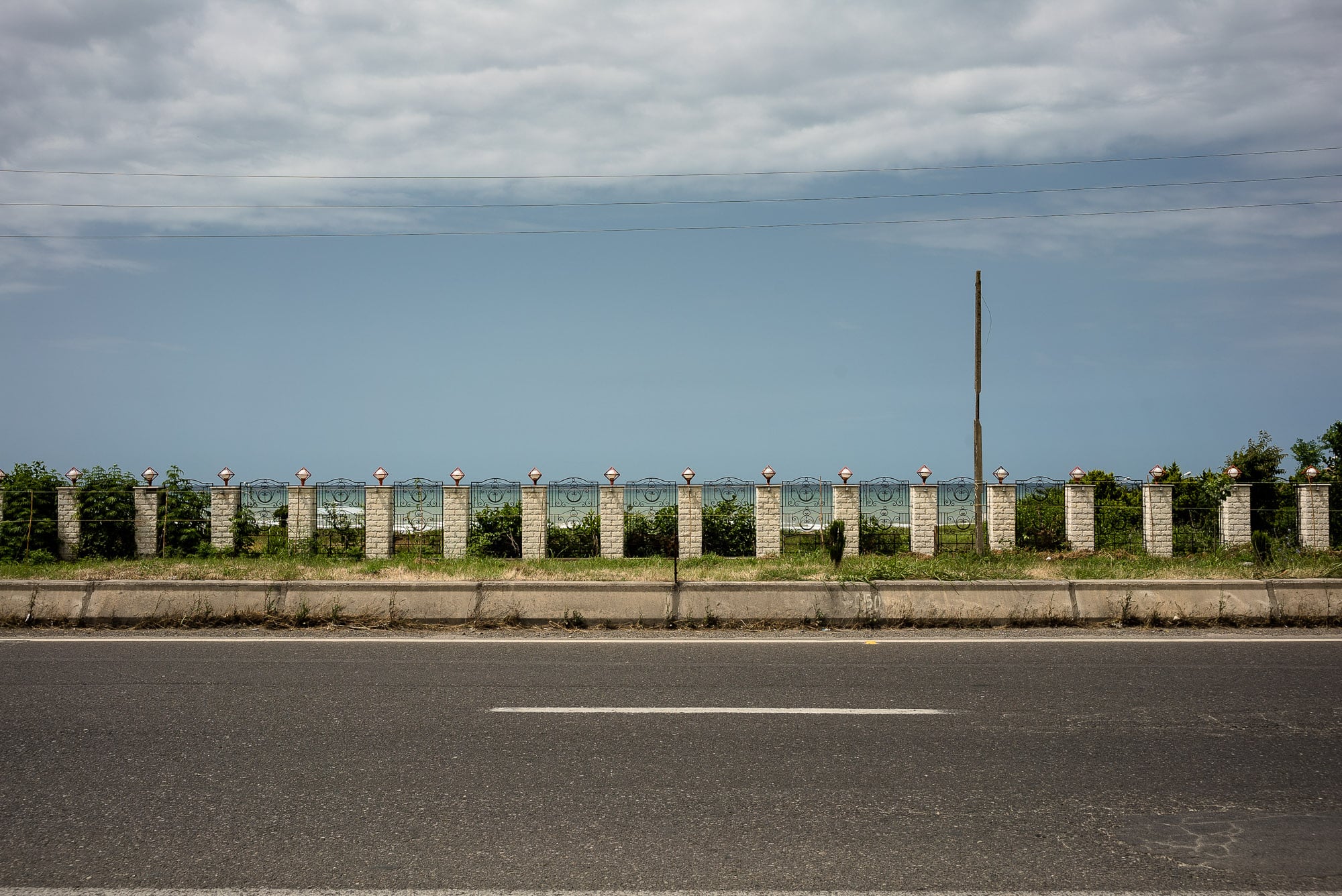 But there were construction projects everywhere: 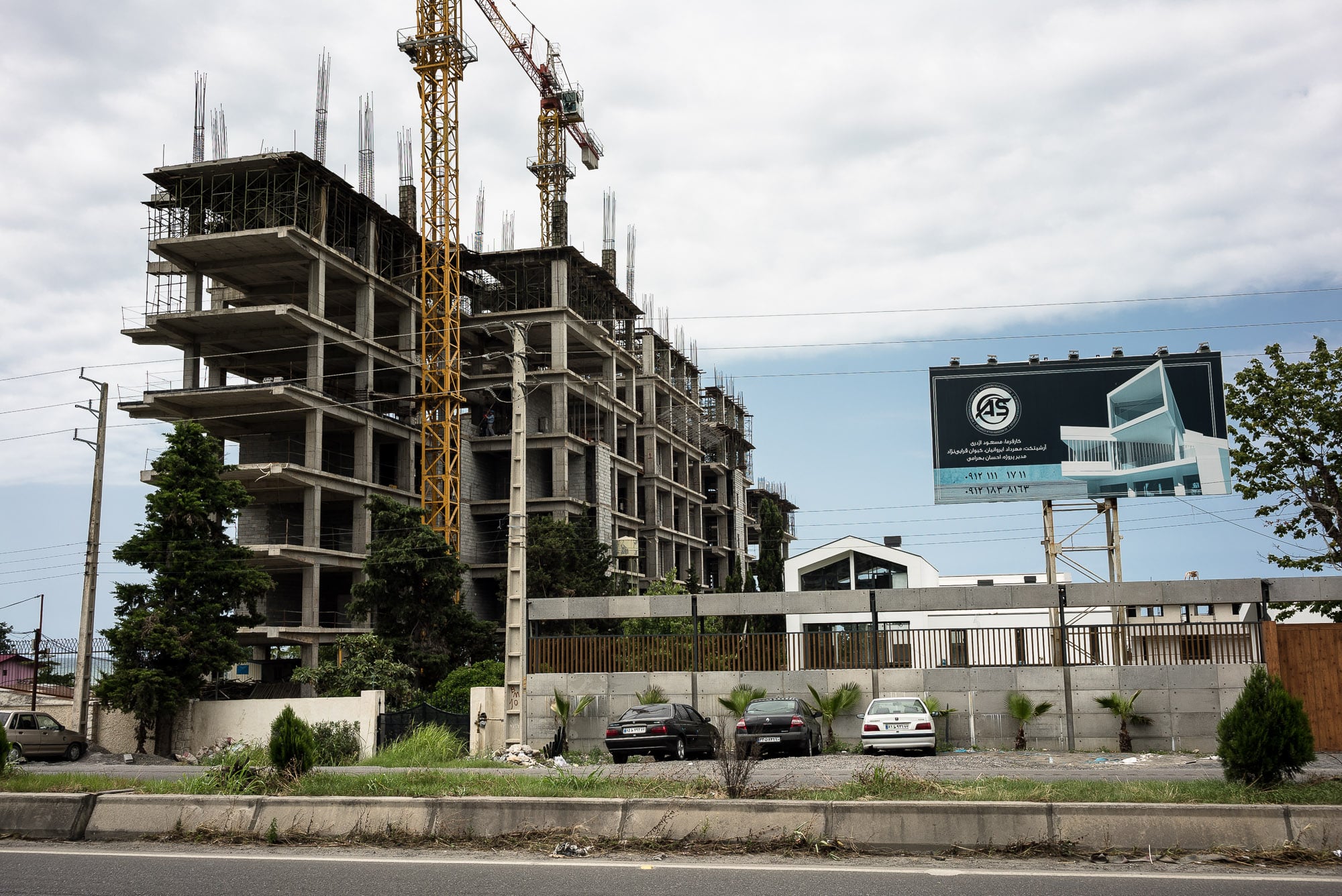 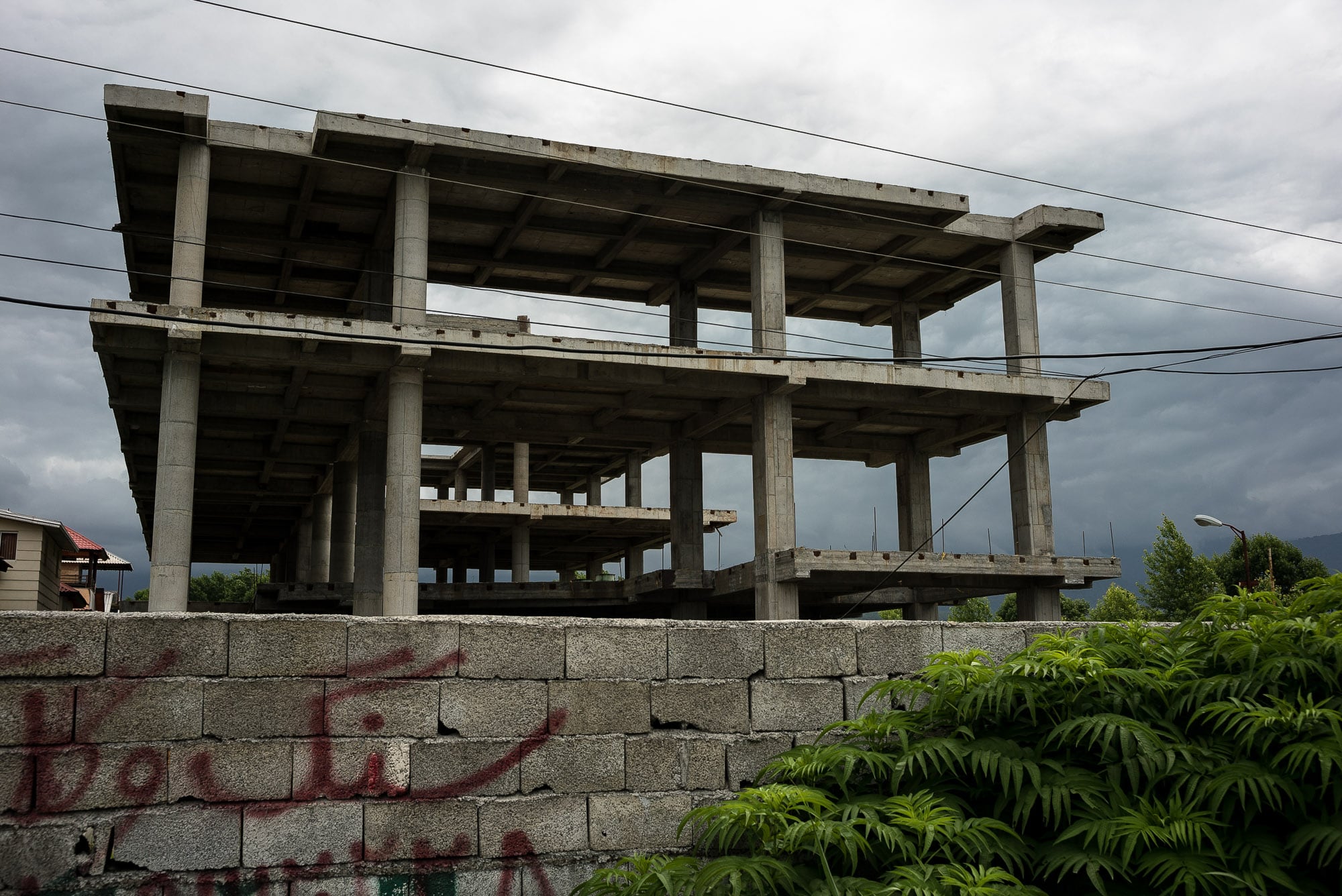 And some were just weird: 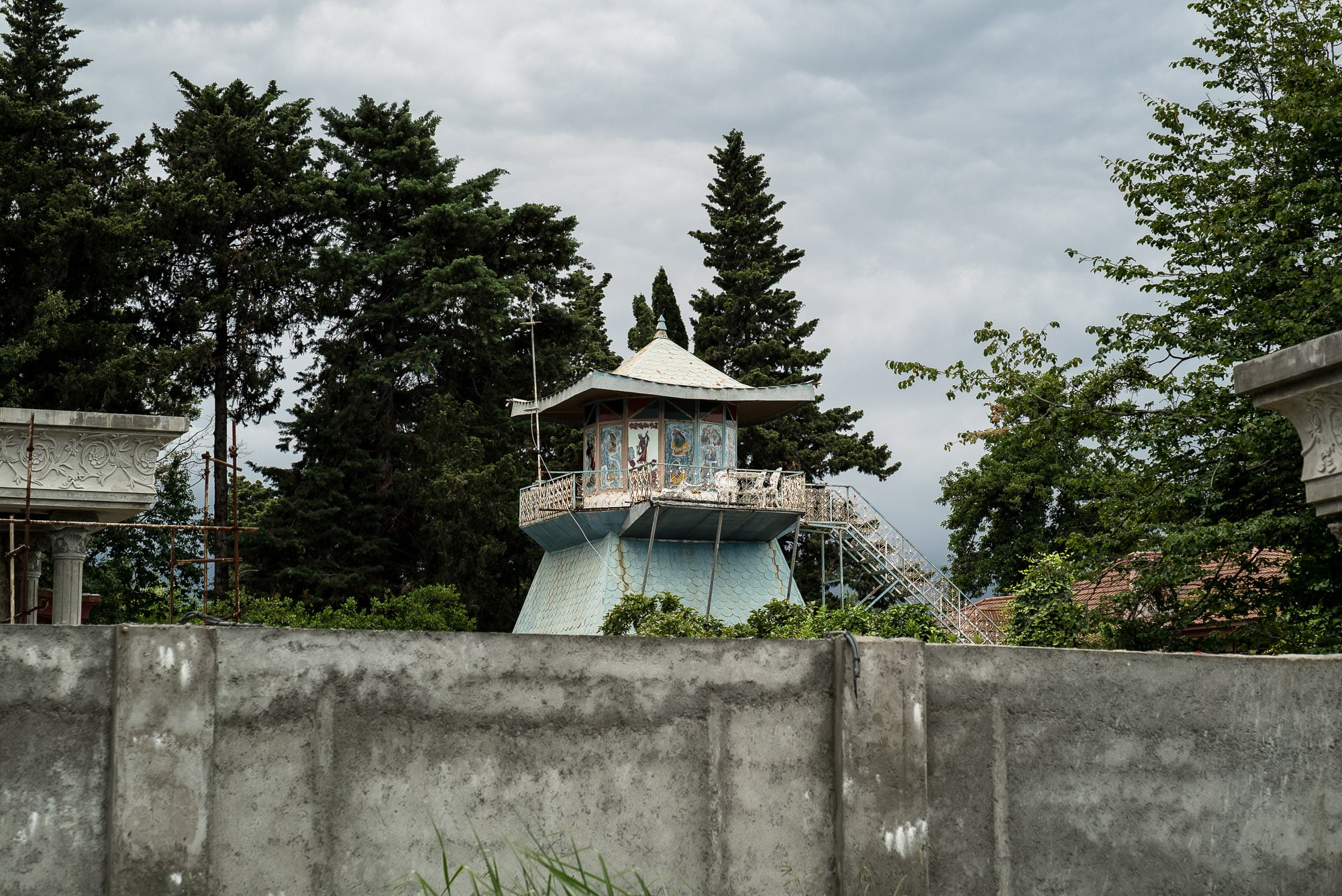 I looked longingly to little roads that seemed to lead away from all this and into the mountains: 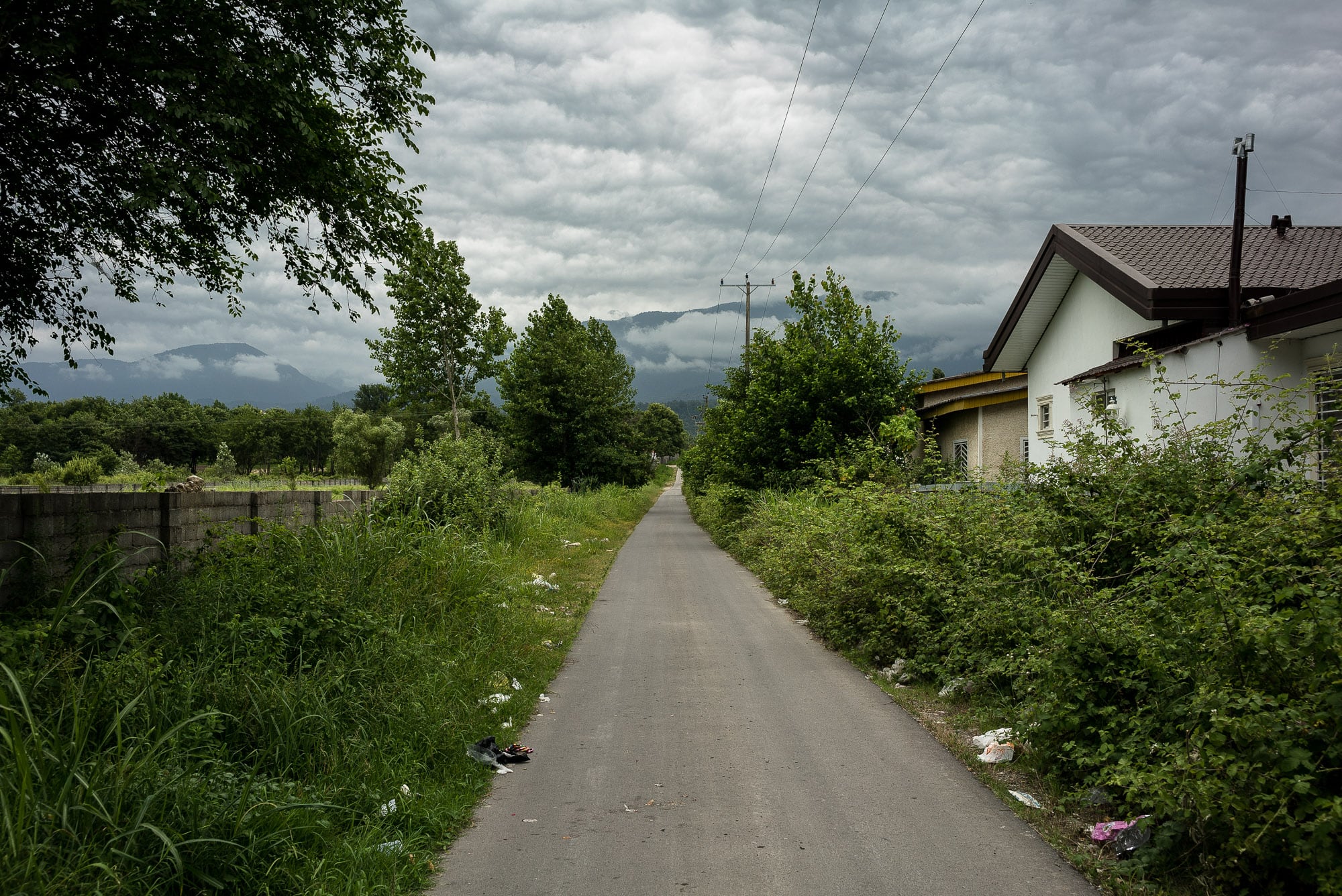 Did I like the highway between the Sea and the mountains? From a car window, maybe. From an elevated position, definitely: 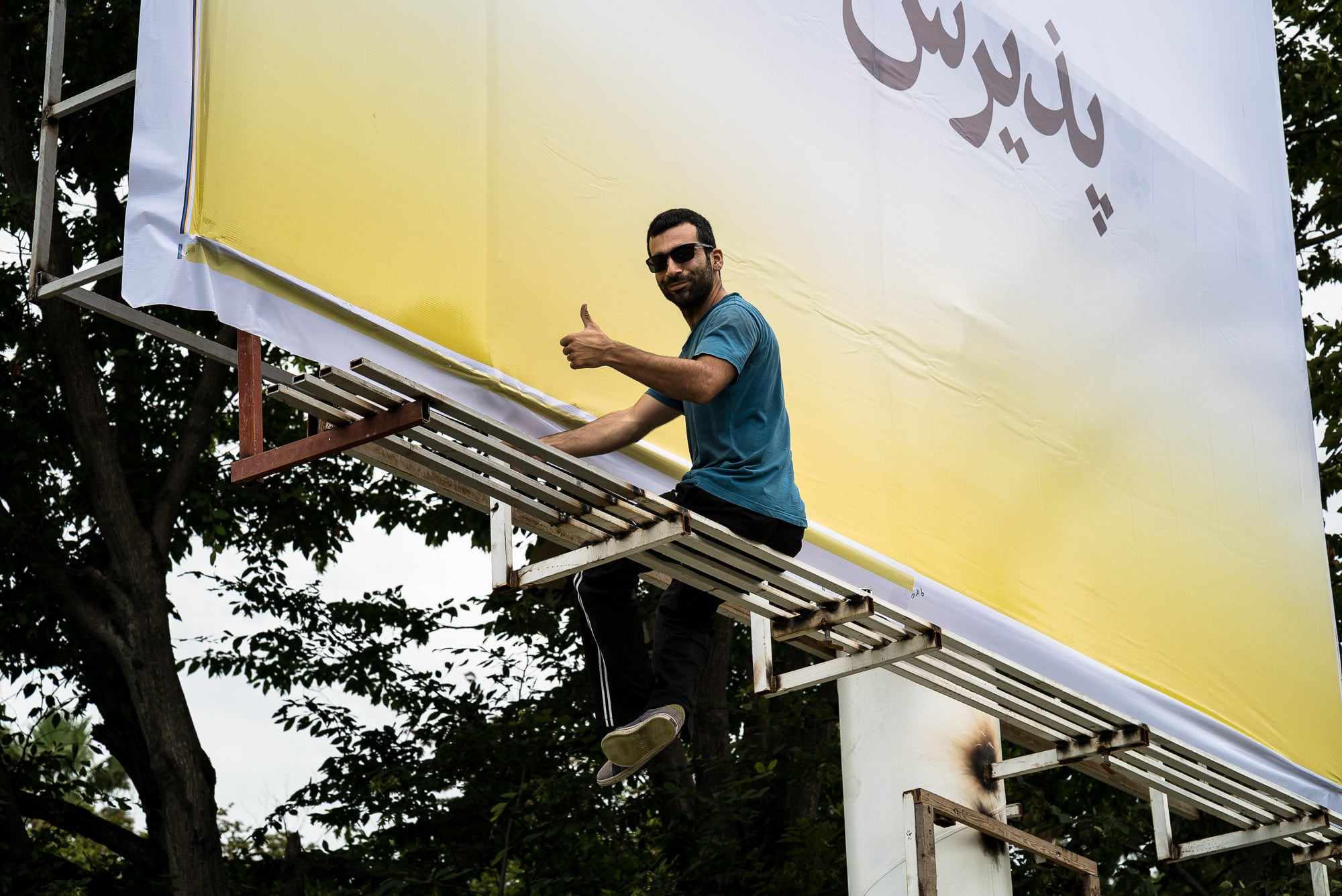 But it wasn’t a nice place for walking: 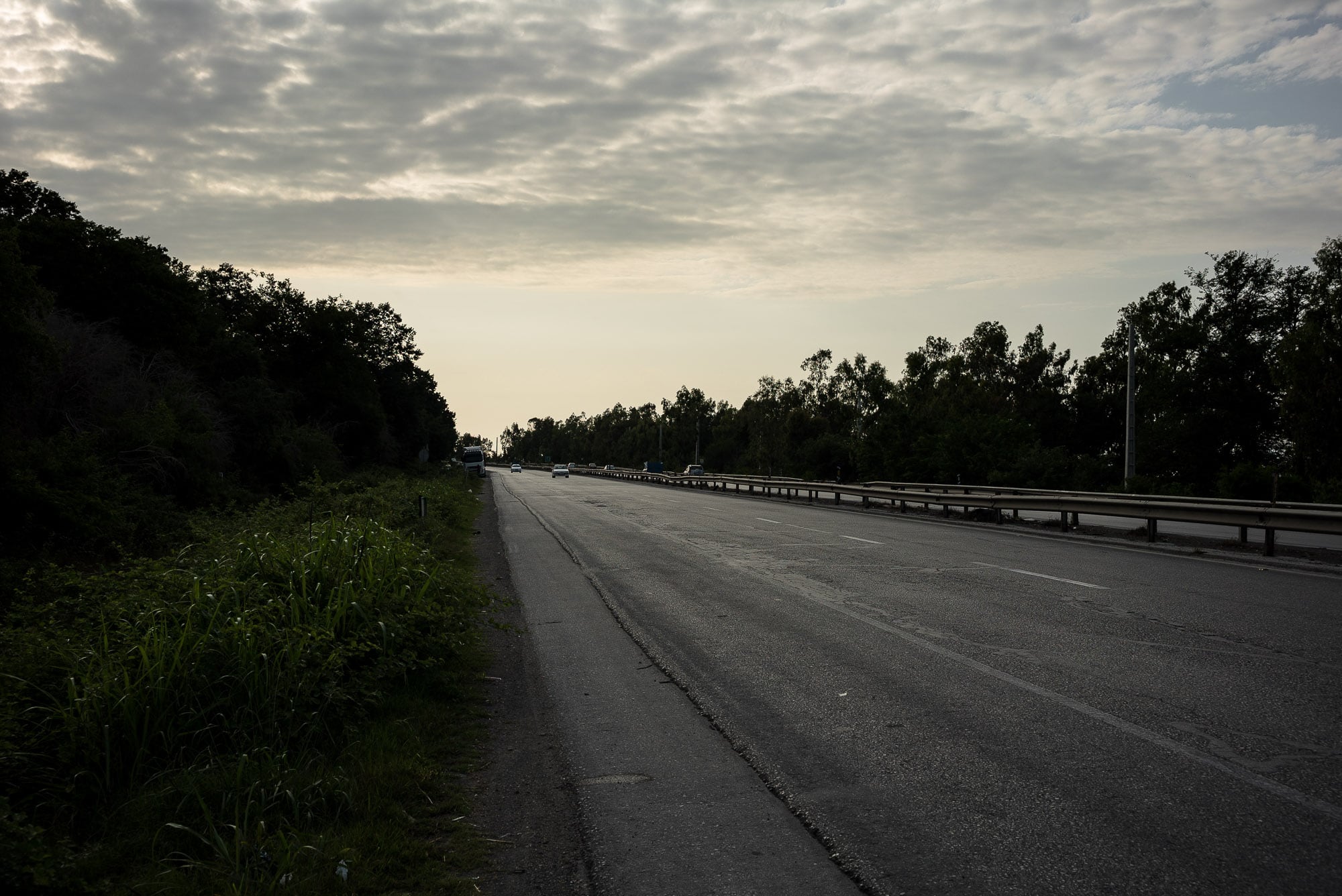 It was the same was with many other “must-see” destinations – they often failed to live up to the hype.

The sunset was beautiful, though: 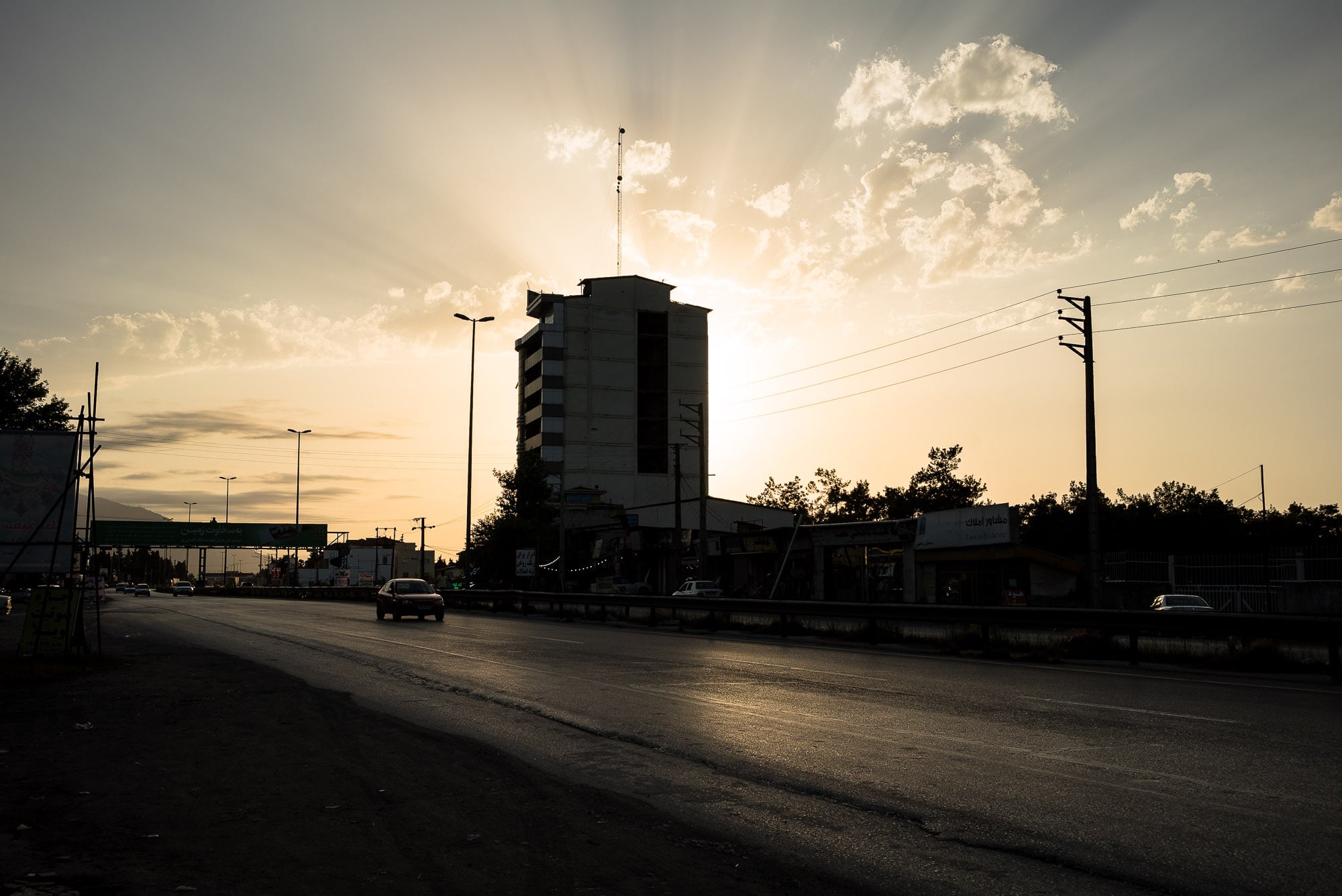 Day 1146
from Nur to Chalandar