Stayed in another motel. It had a very quiet, empty, almost post-Soviet atmosphere to it: 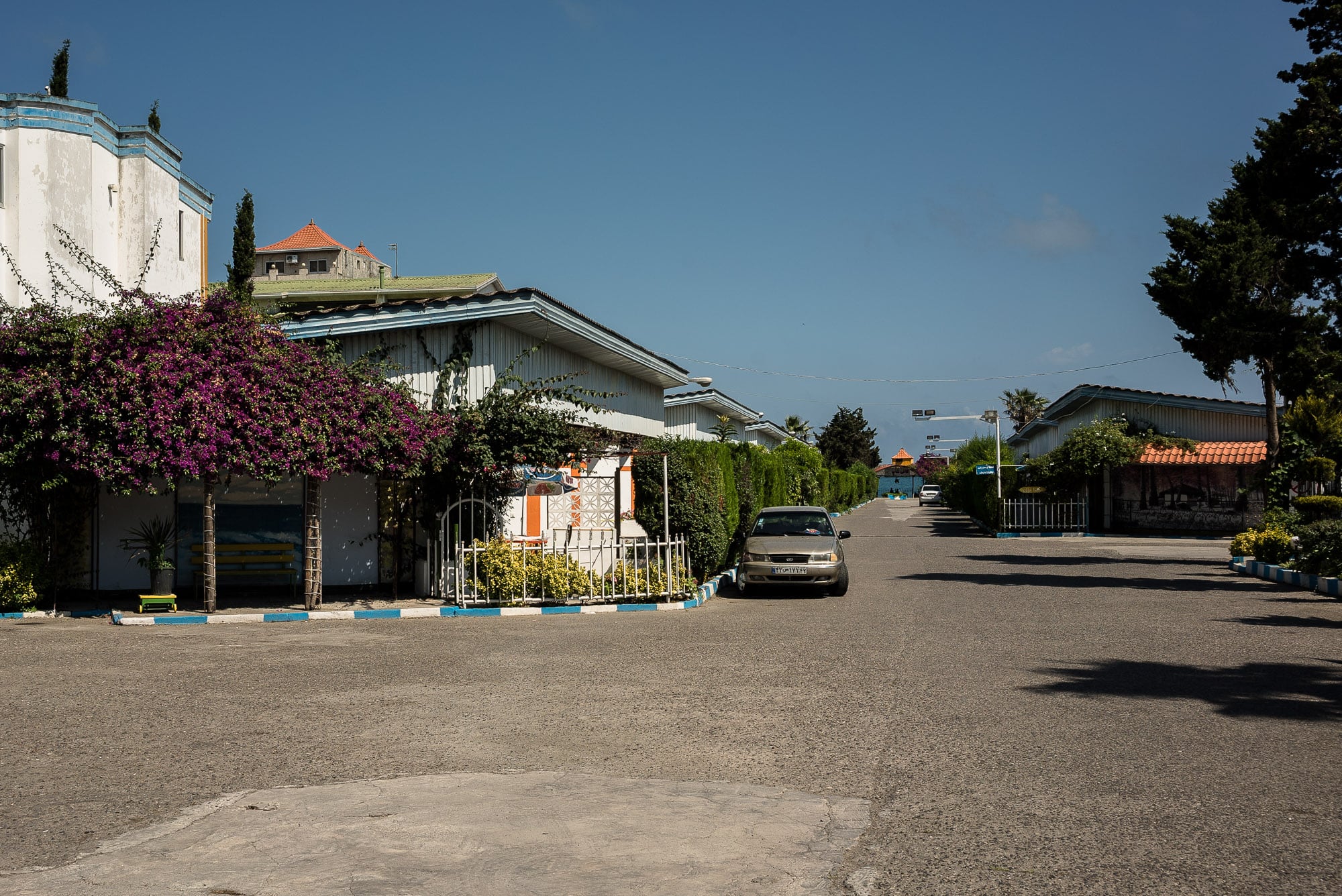 There was a photo at the reception desk that showed a group of French people: 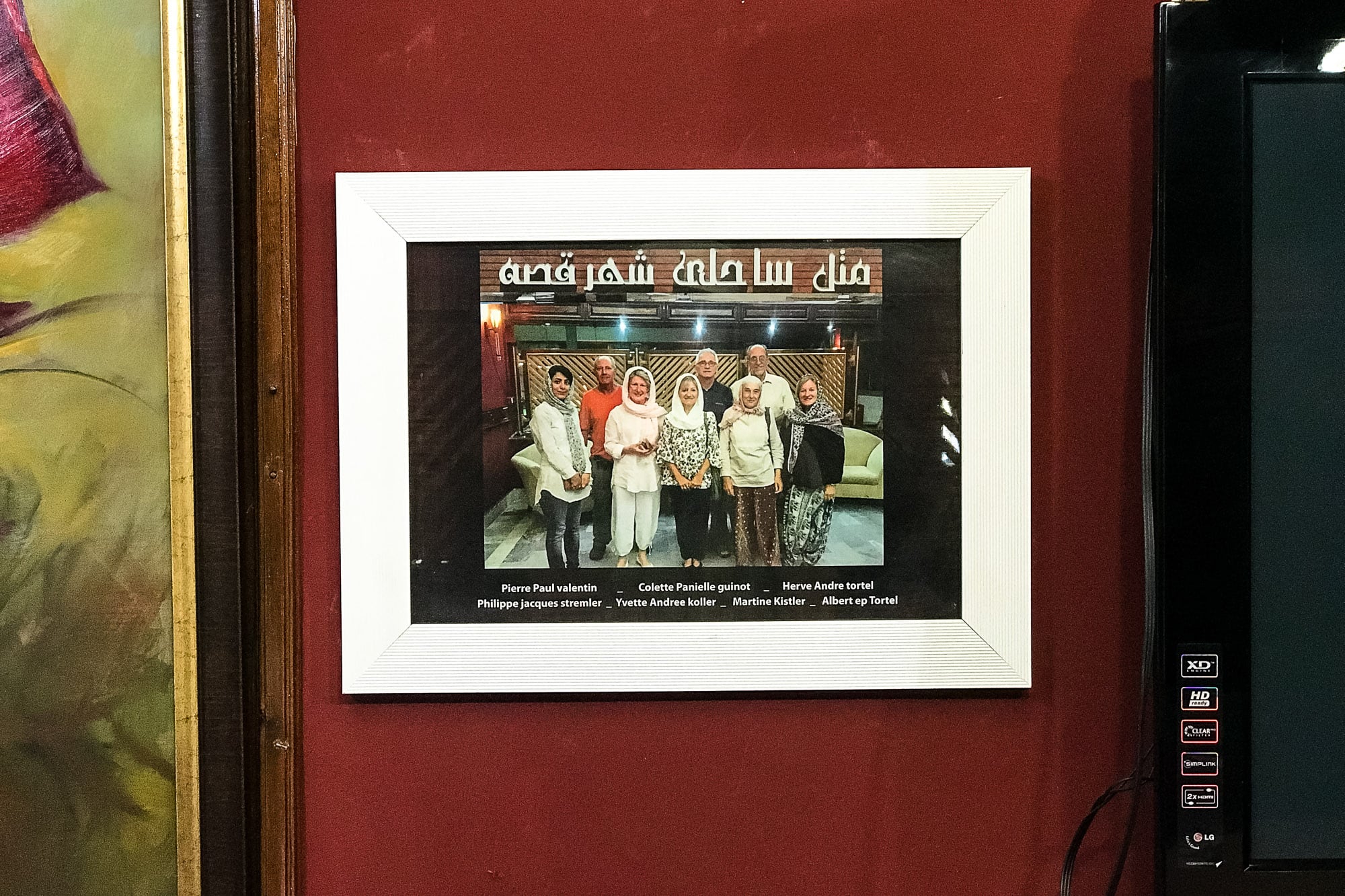 Were they famous? I didn’t know.

What followed was another day on the highway. Again there were people selling clothes: 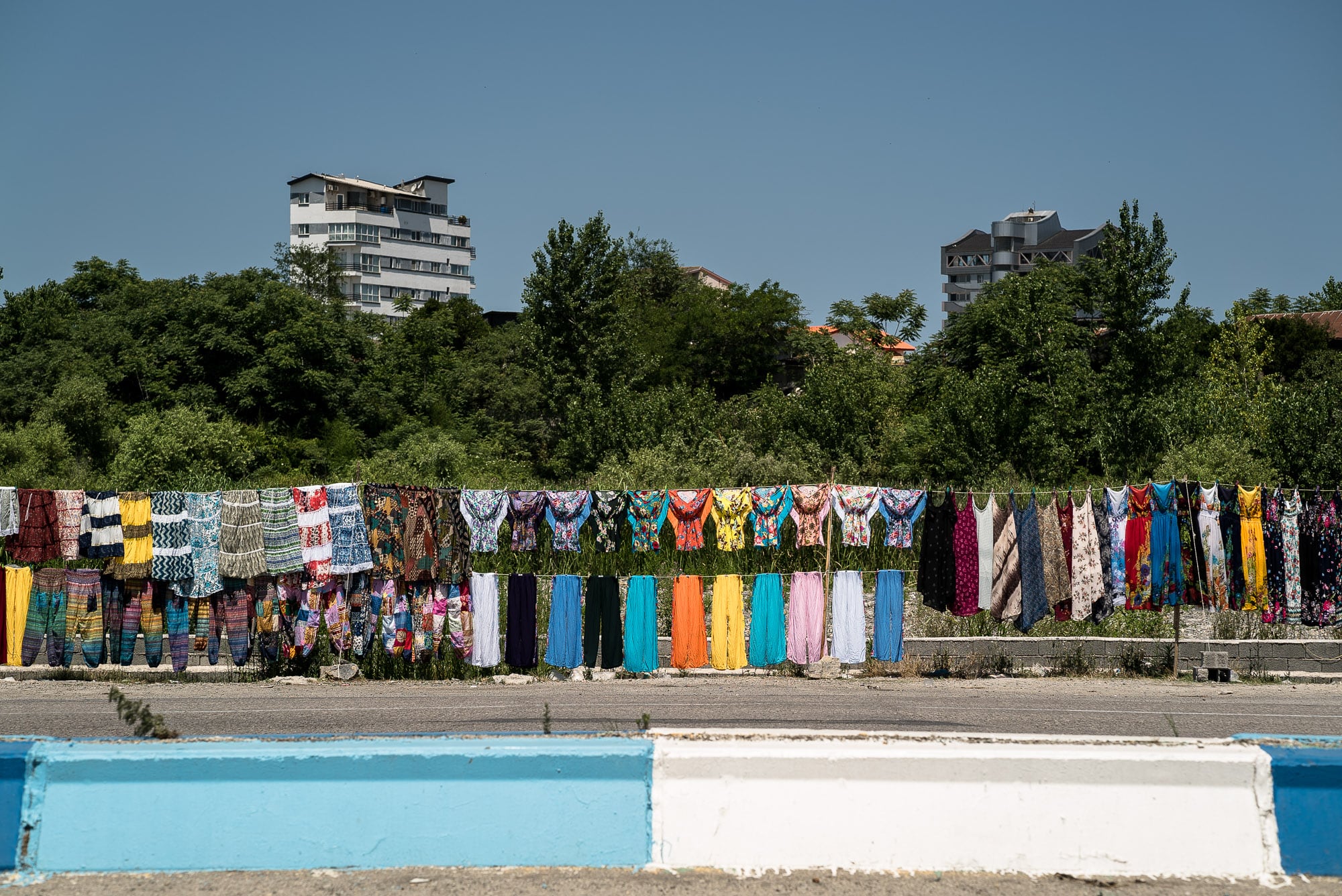 And again there were advertisements: 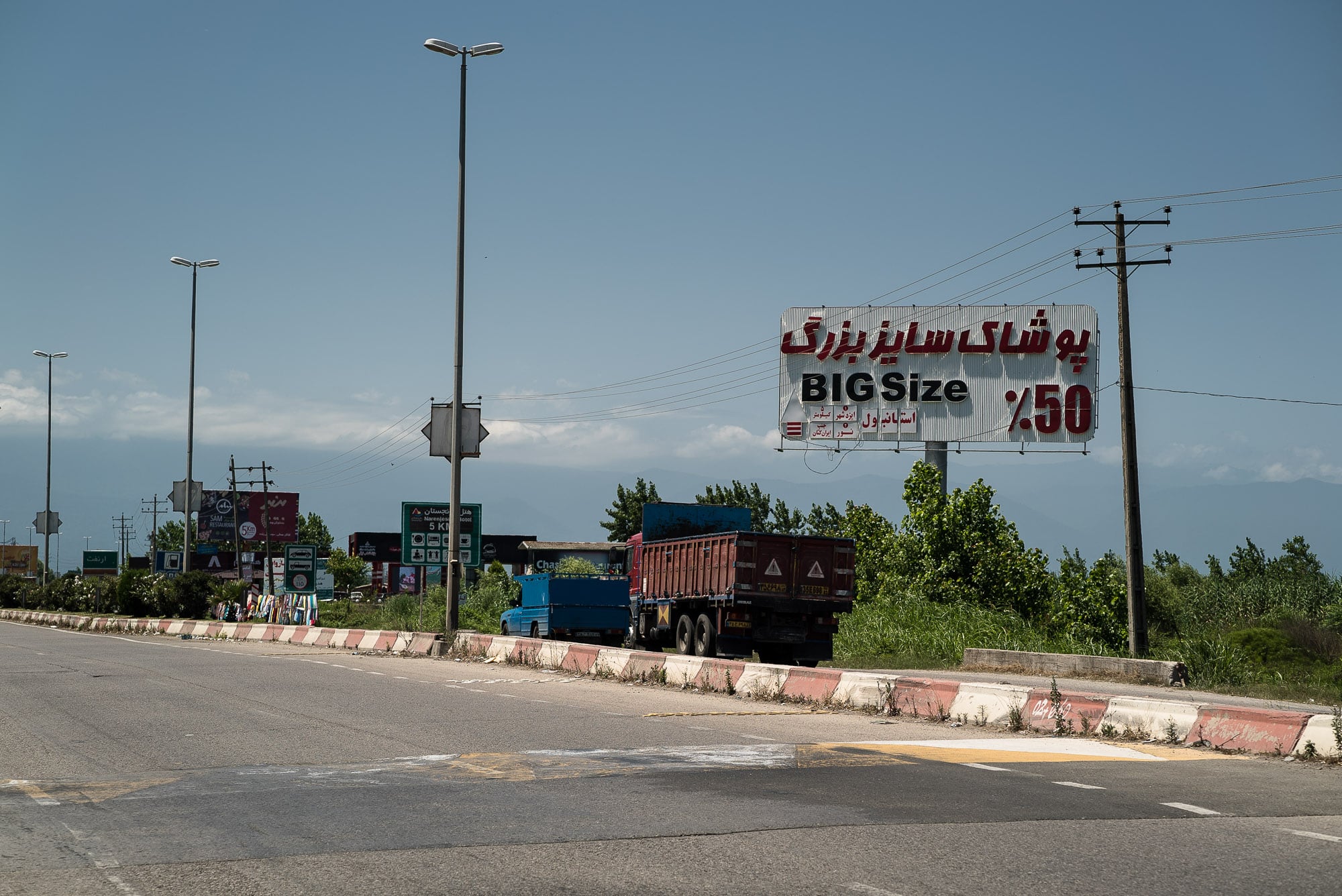 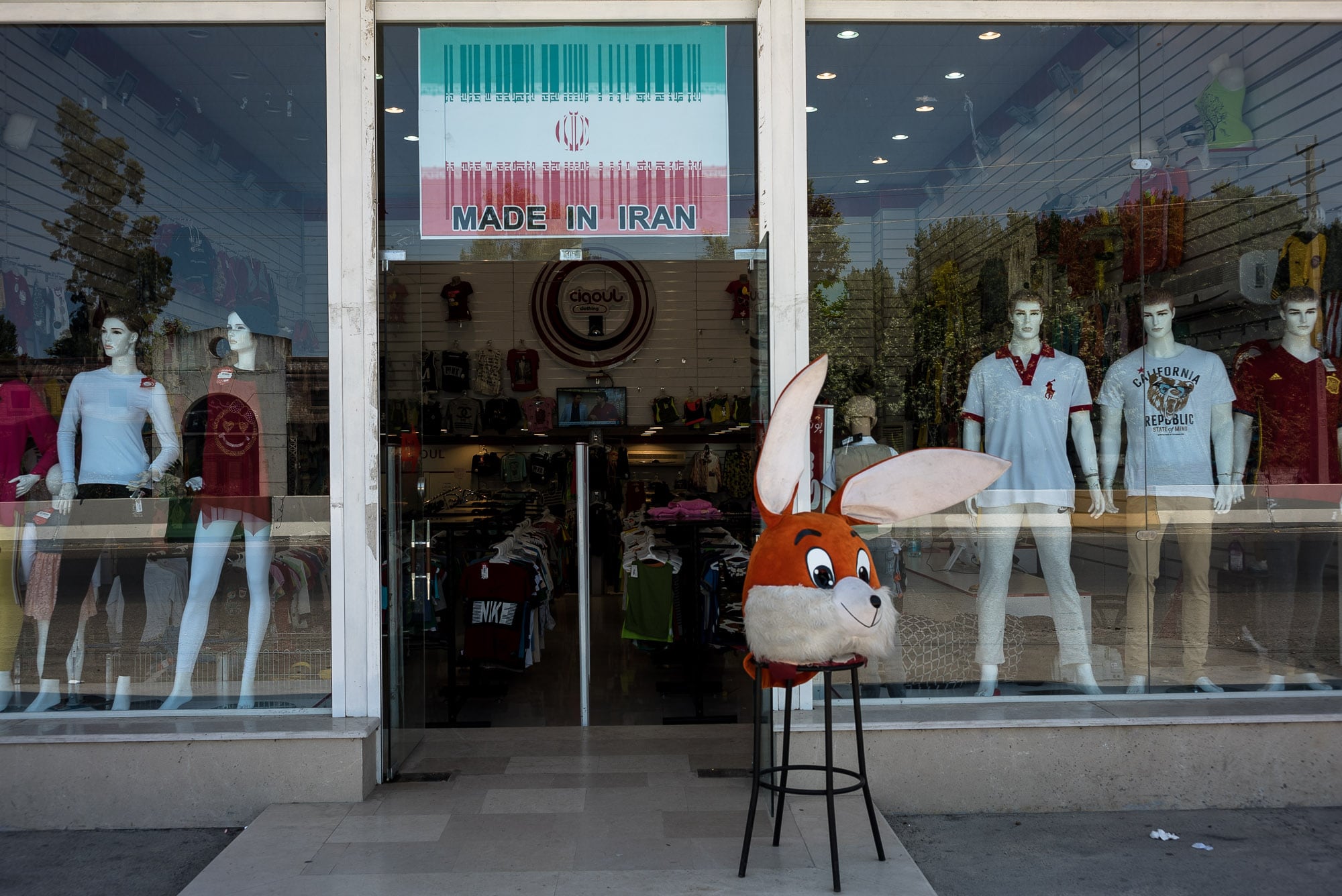 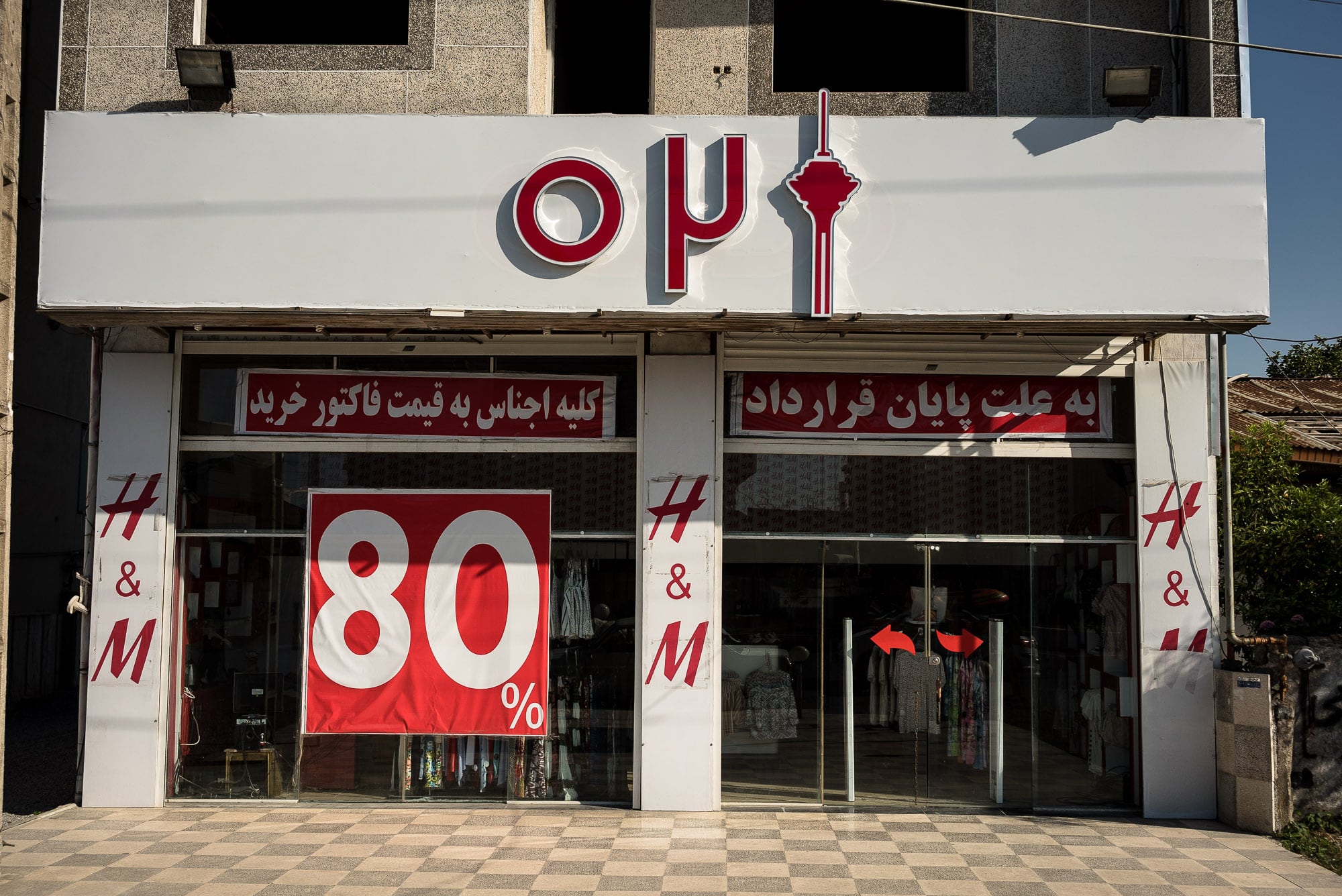 And sometimes the poorer parts would show through the cracks: 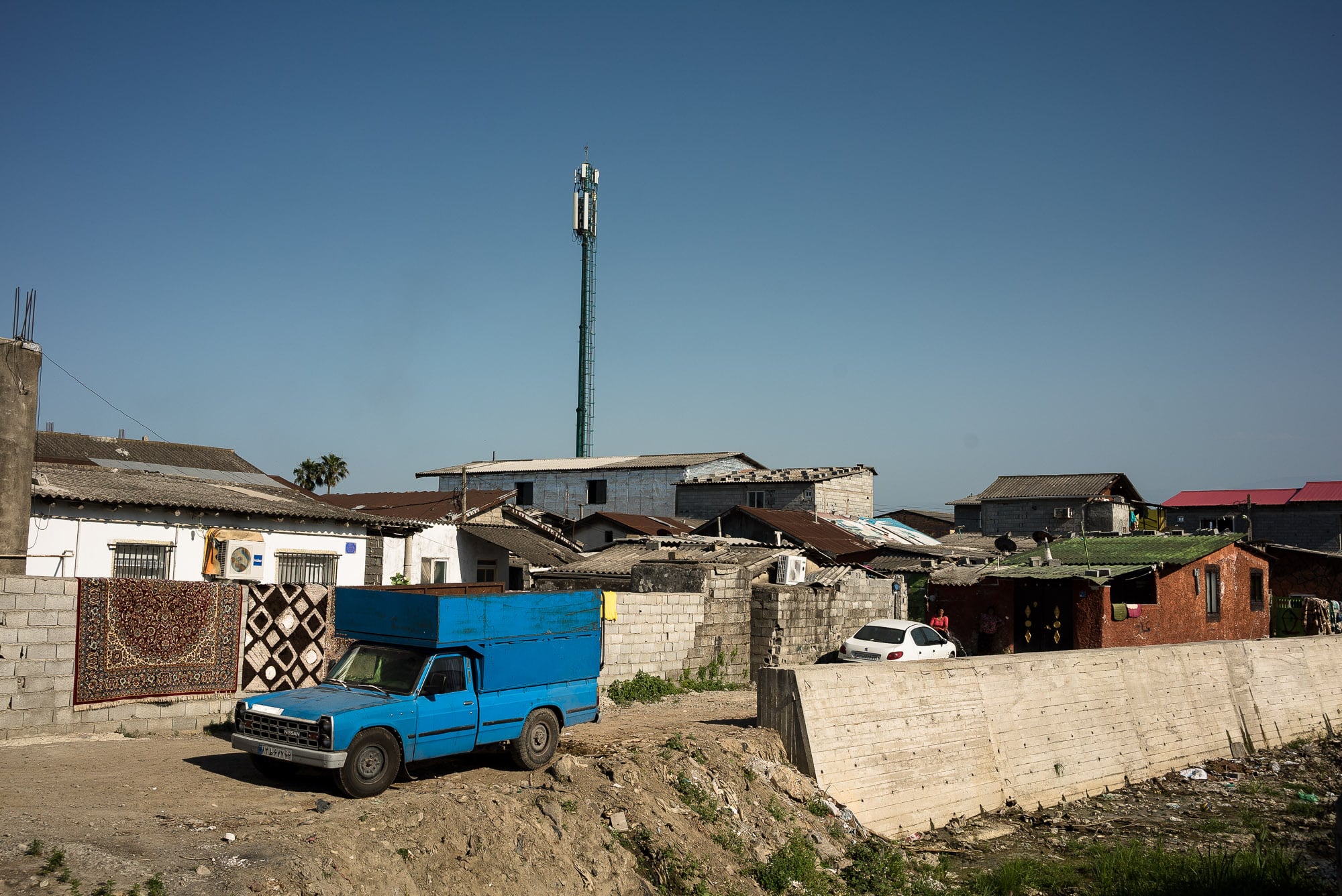 One time I passed a mosque with a top that looked charmingly crooked: 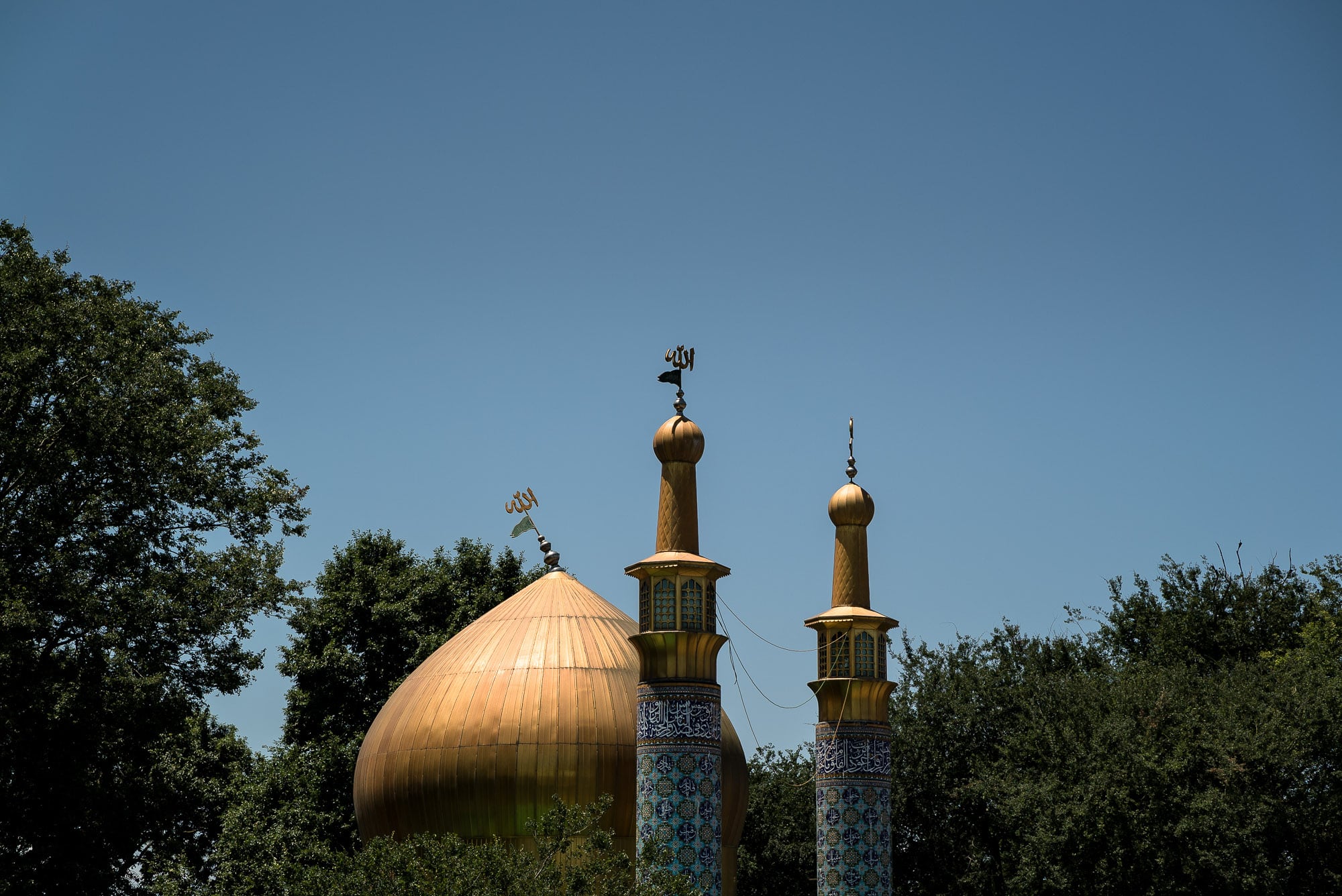 The lower part, on the other hand, seemed to be rather politicized: 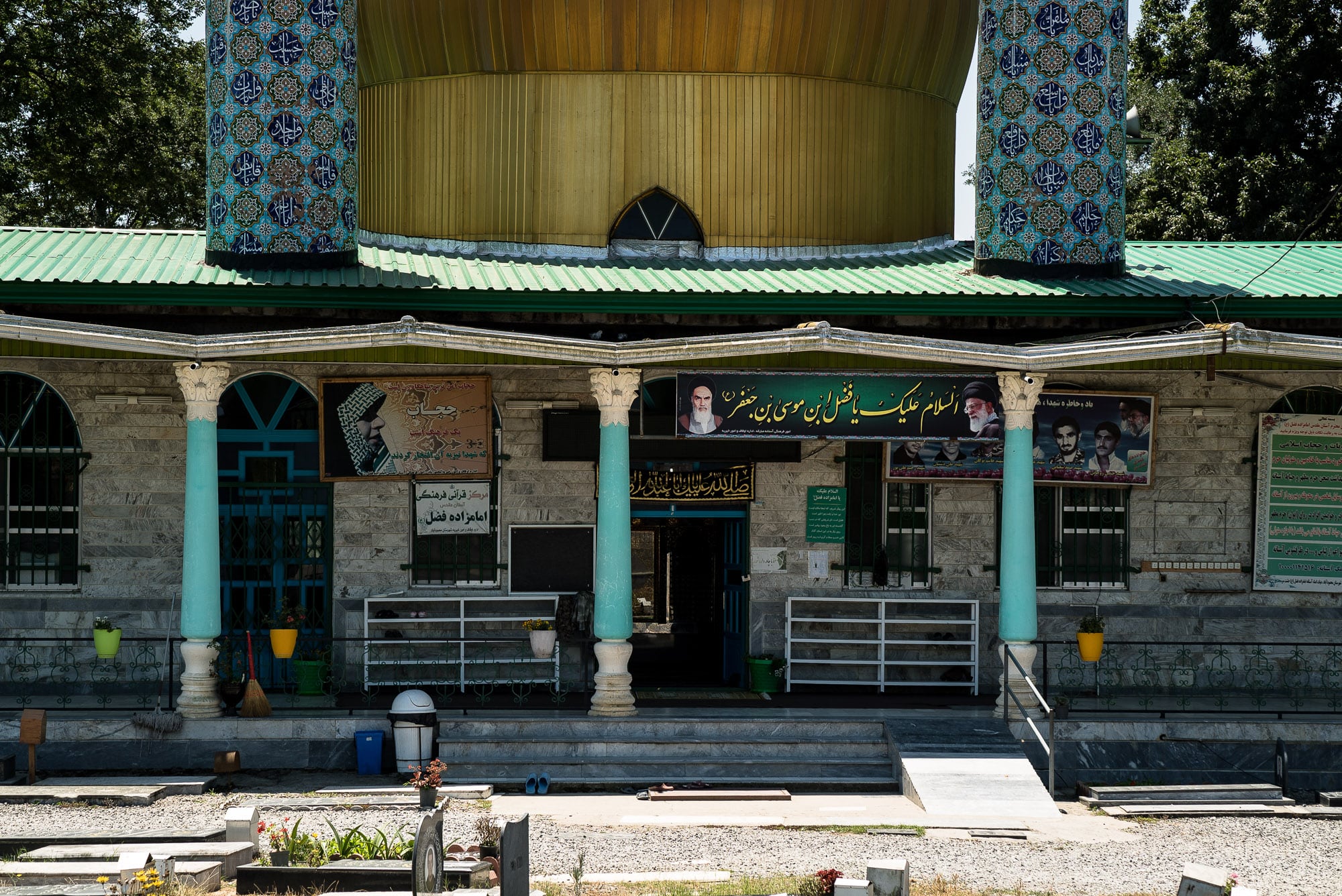 I had a simple lunch of bread and canned vegetables in a little side street. Iranian bread is very good, especially this naan-style bread they call barbari: 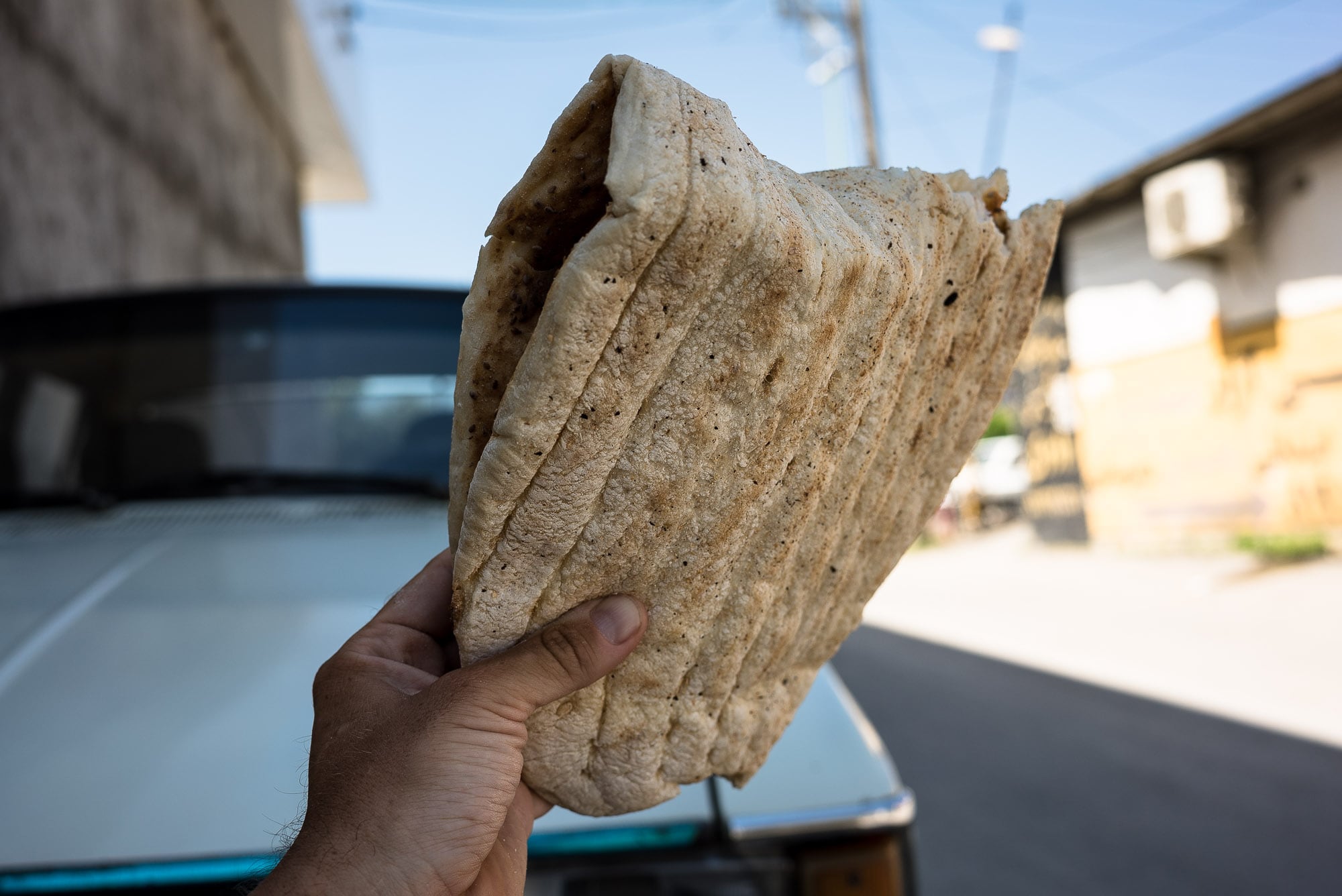 There’s another kind called lavash (remember how I loved the lavash in Kazakhstan?), but it is mostly terrible, resembling flat rubber: 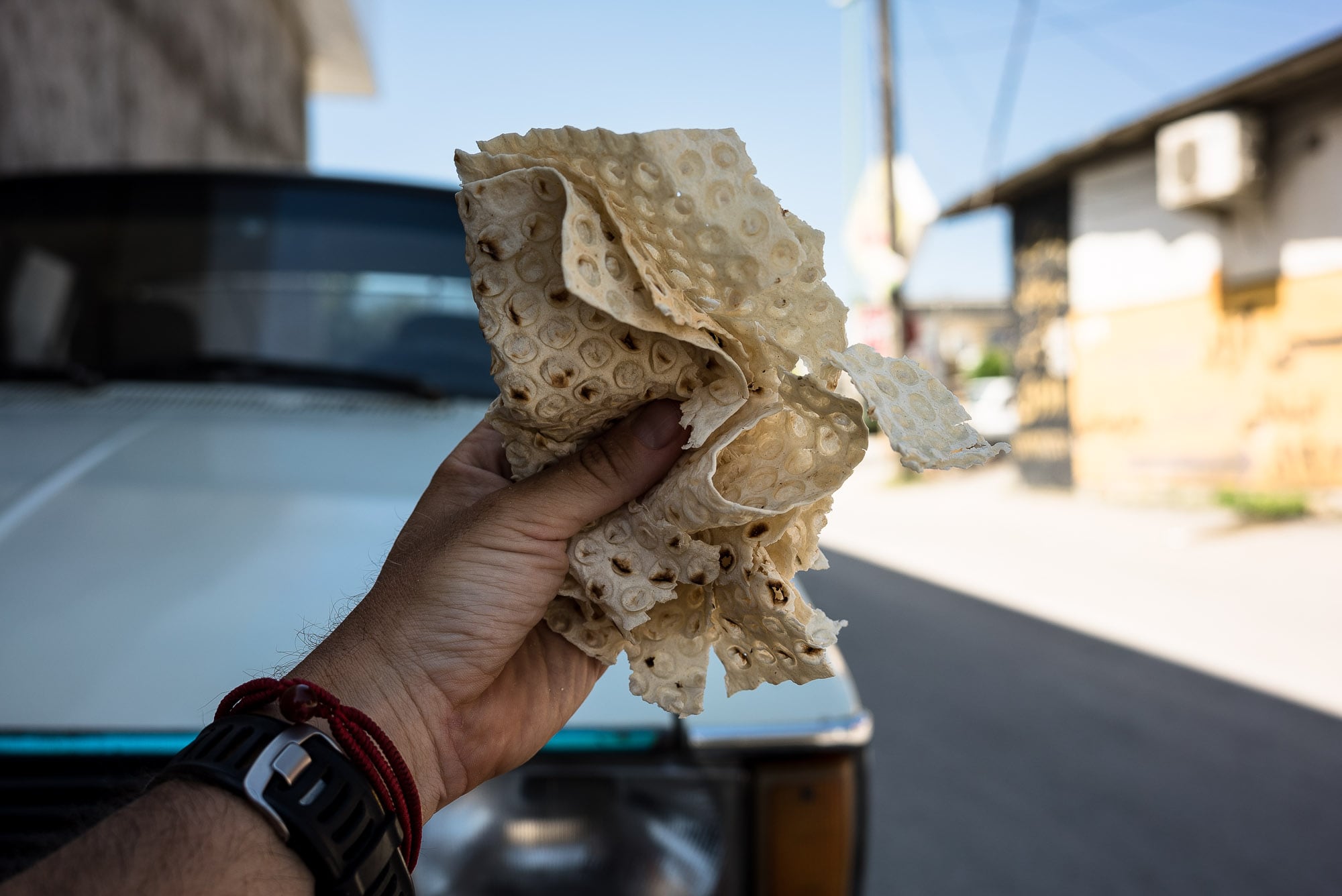 The highway was unbelievably loud, and I was glad to have my earplugs. It was hard to fathom how anyone could be next to the highway all day in order to sell towels: 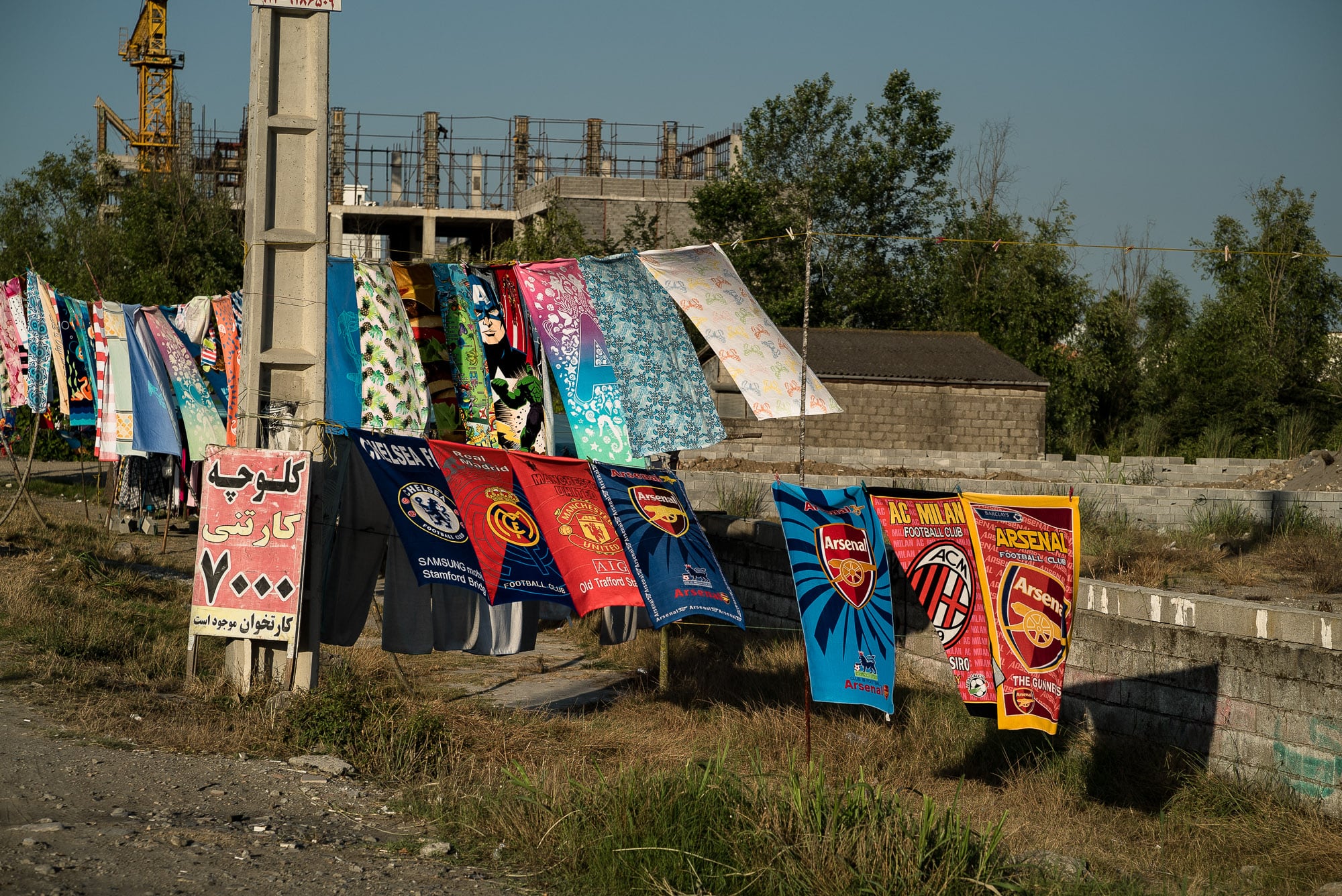 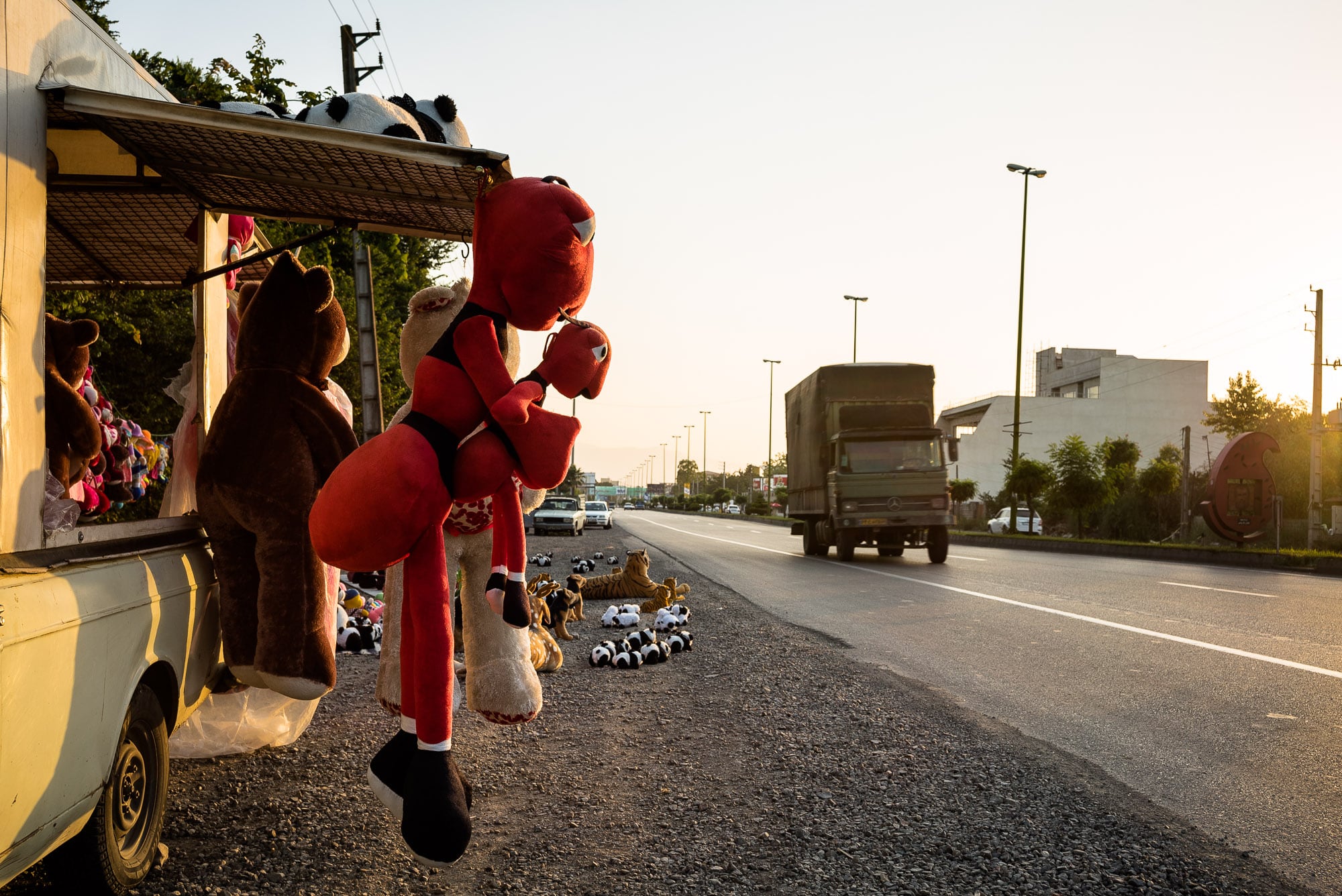 And to me, being next to the highway made the stuffed animals look sad: 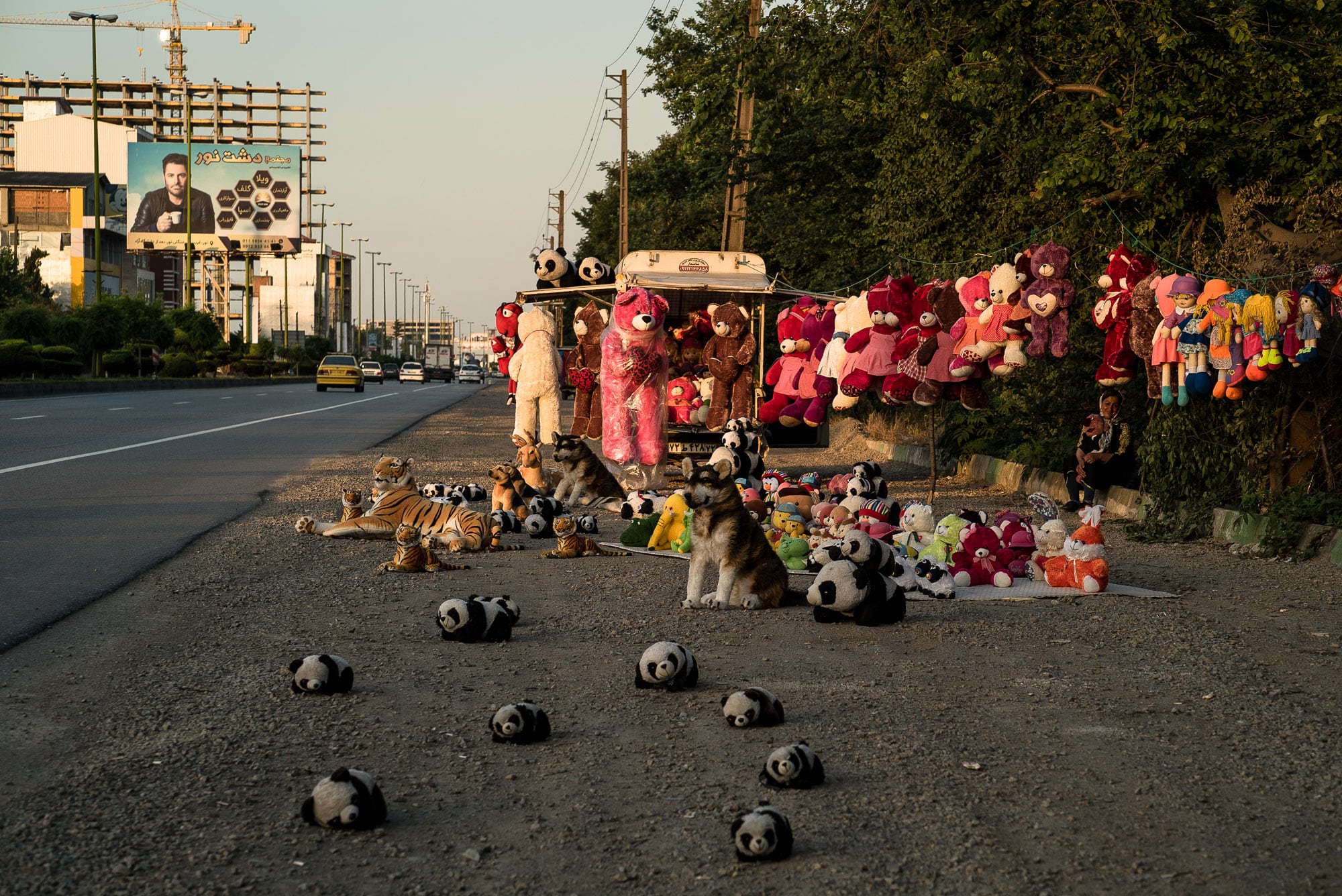 I was glad to arrive in Nur: 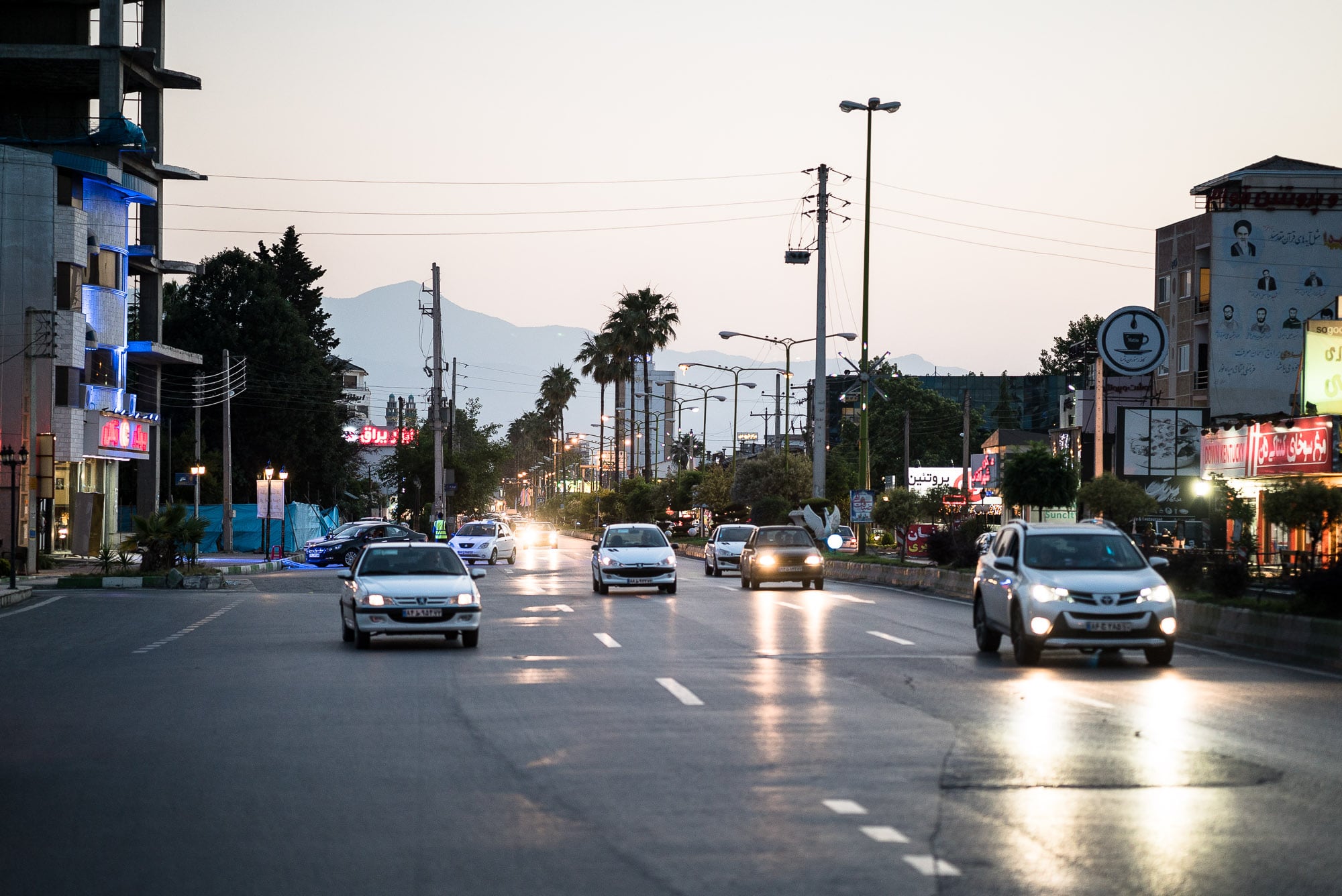 Saw some people fishing in a small canal: 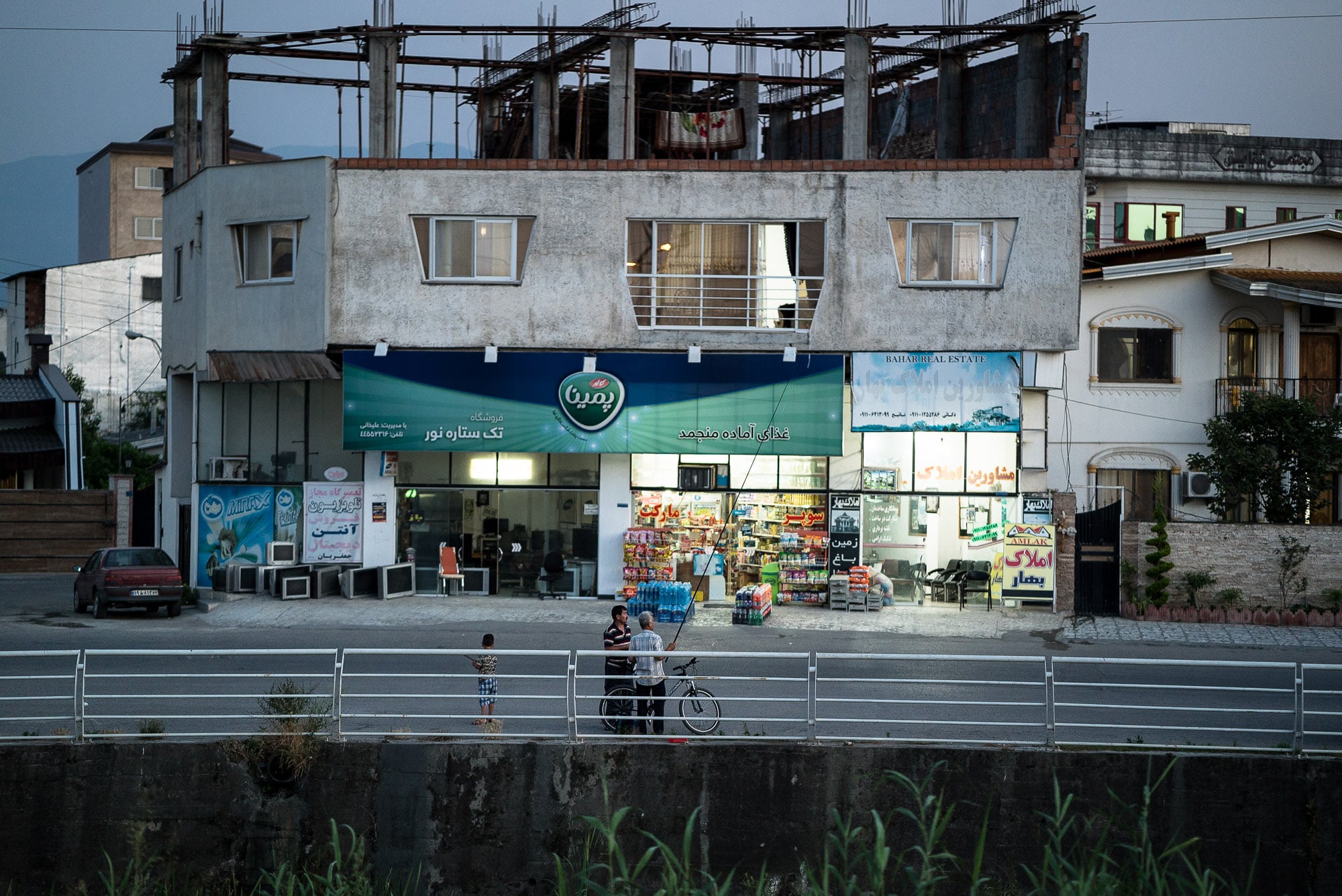 Saw another mosque in the evening light: 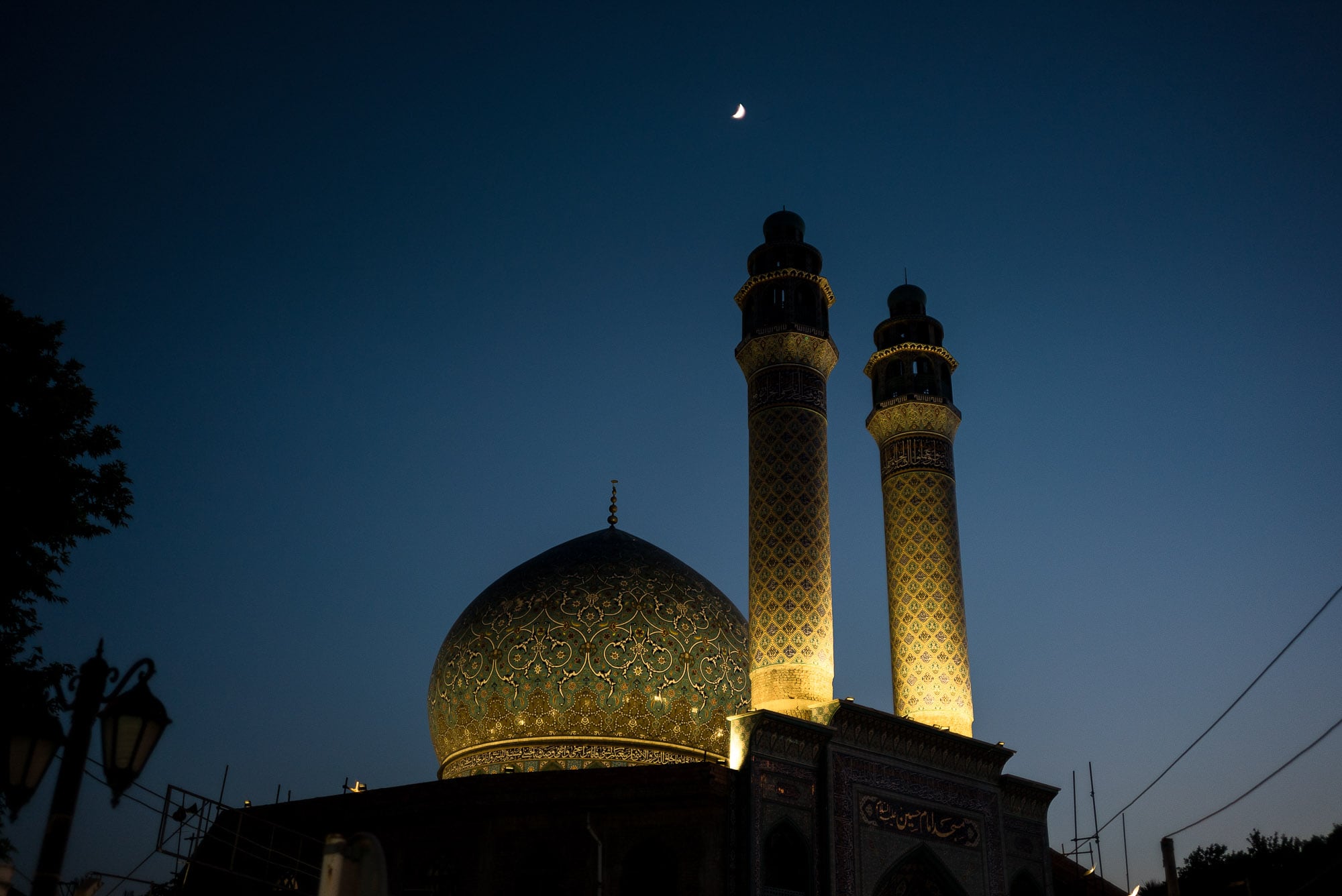 And I passed by restaurants: 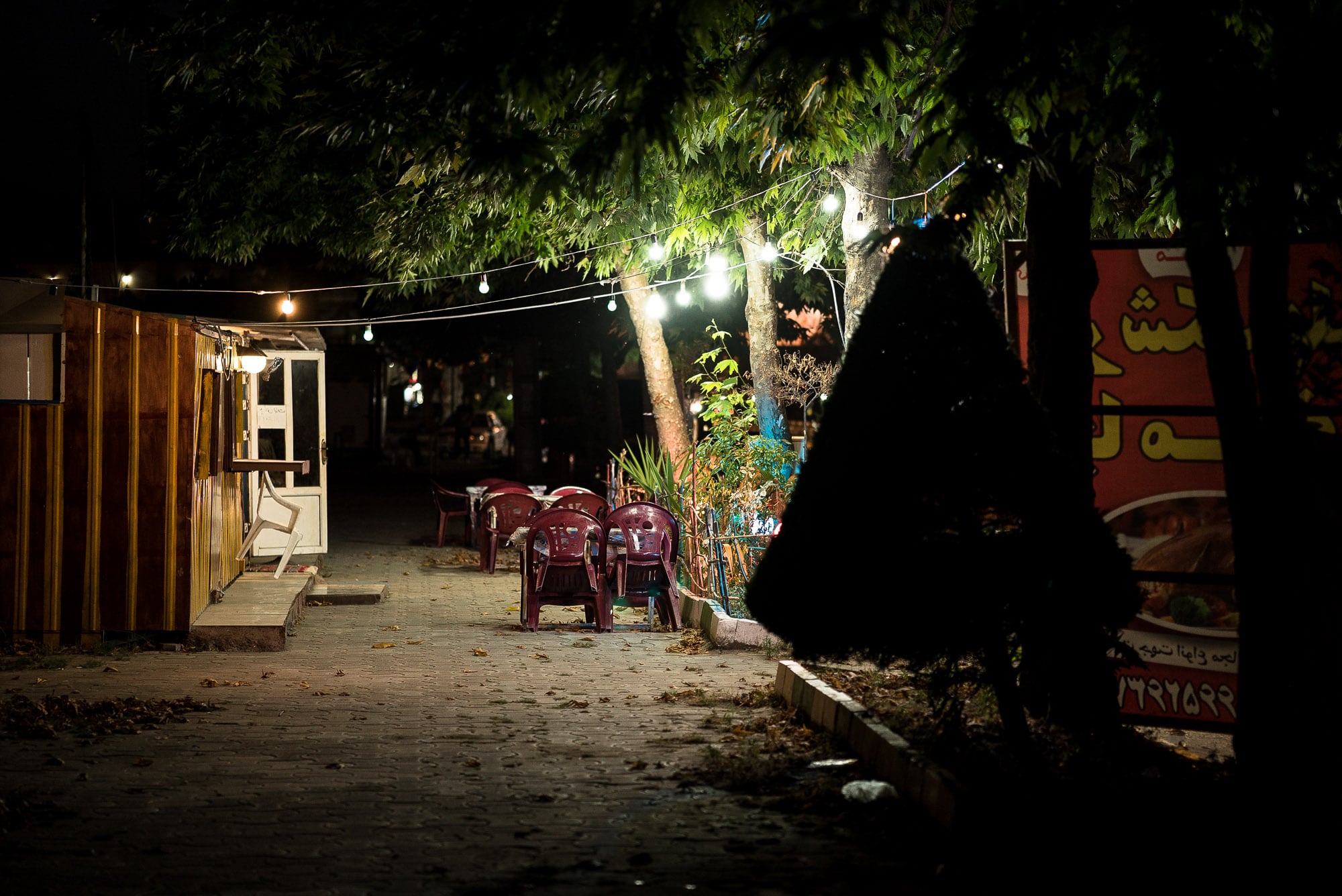 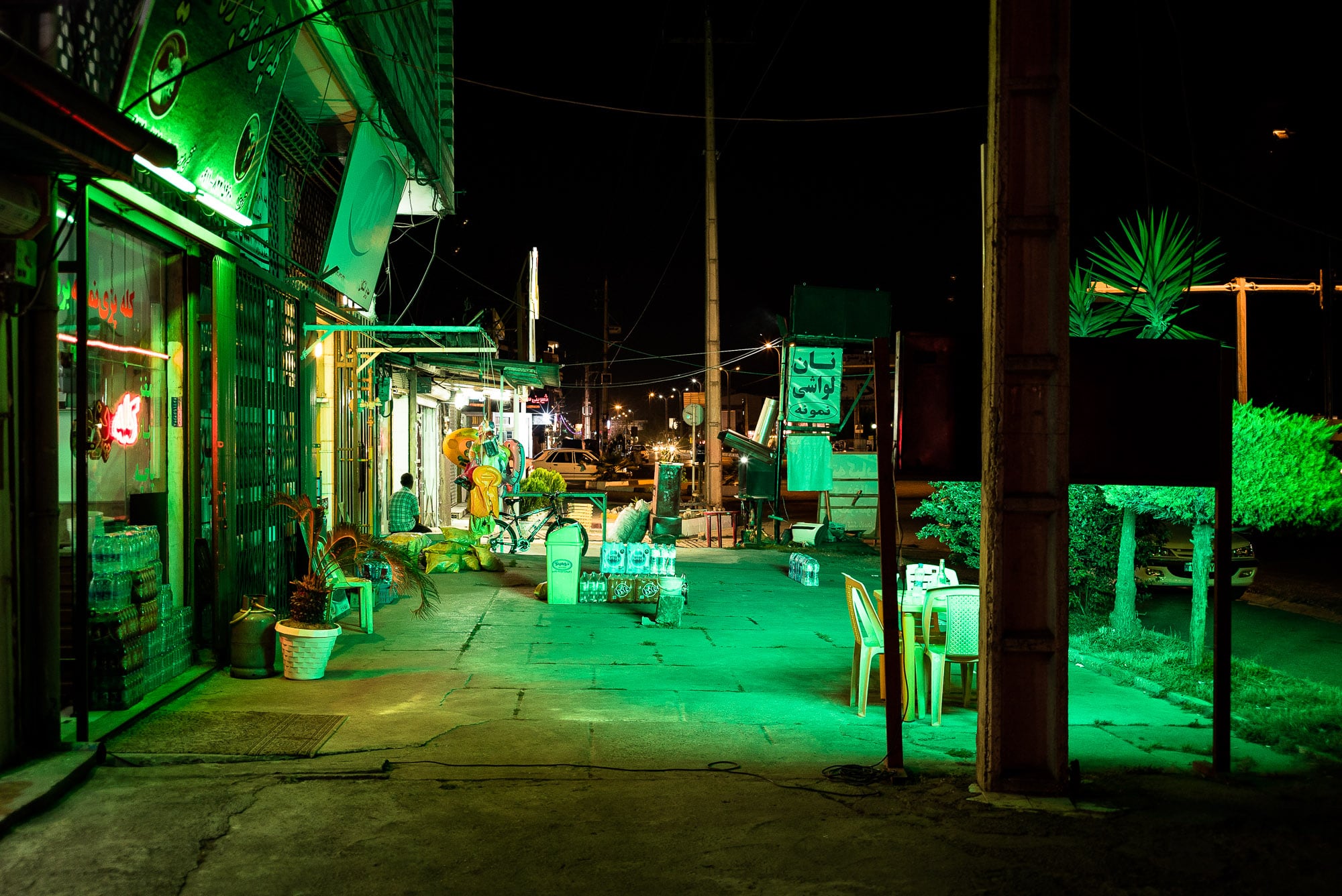 And by more plush toys: 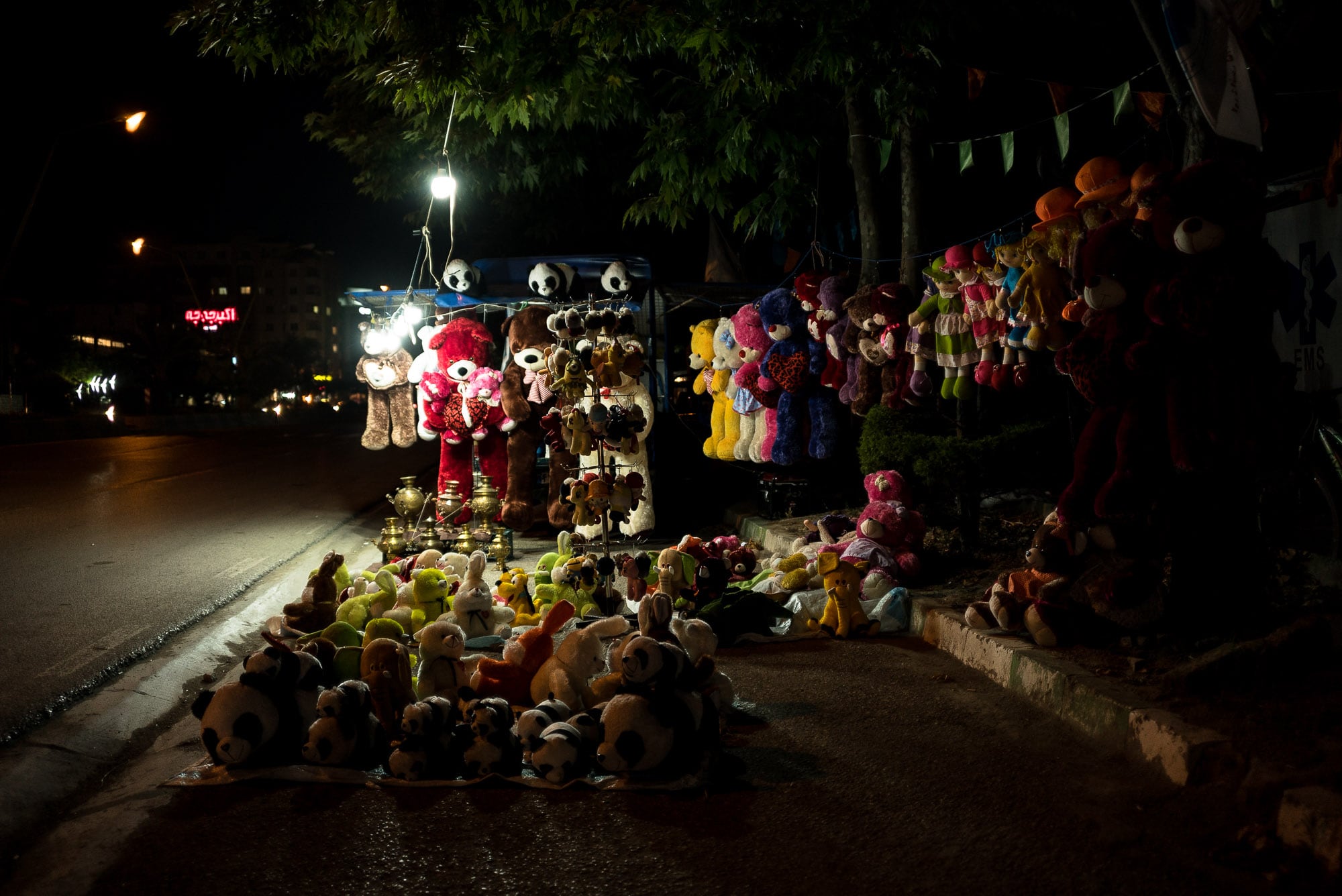 They, too, looked sad in the faint electric light.

Day 1145
from Mahmudabad to Nur