Leaving Fereydunkenar meant trading the beach for the road. It meant four days of fast walking, most of it done exclusively on a highway. But one thing it also meant was a chance to take my two new stools out for a walk: 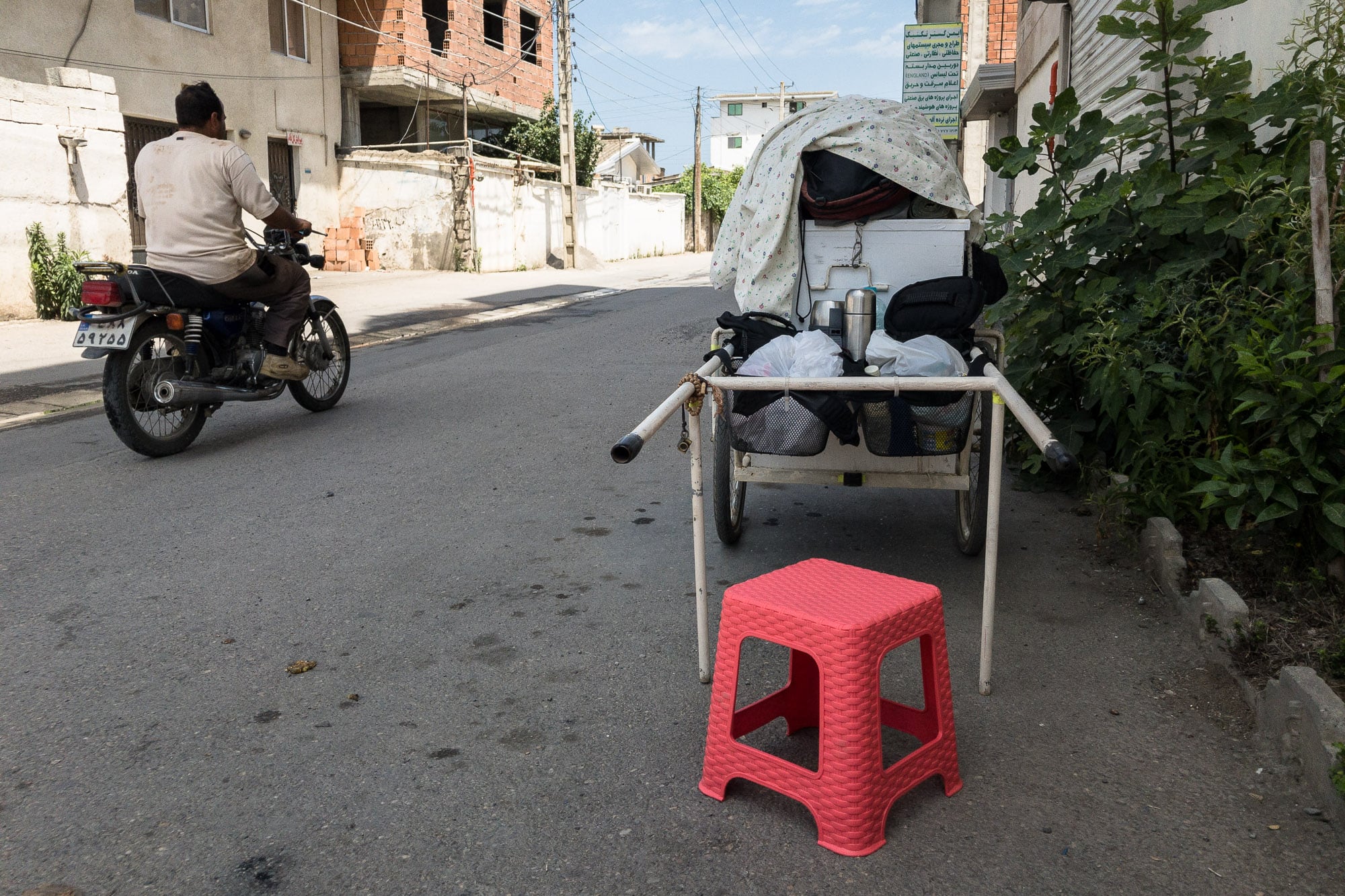 And they turned out to be awesome.

I tried to avoid the highway for as long as possible, so I took a side road west out of Fereydunkenar. Passed a religious kindergarten: 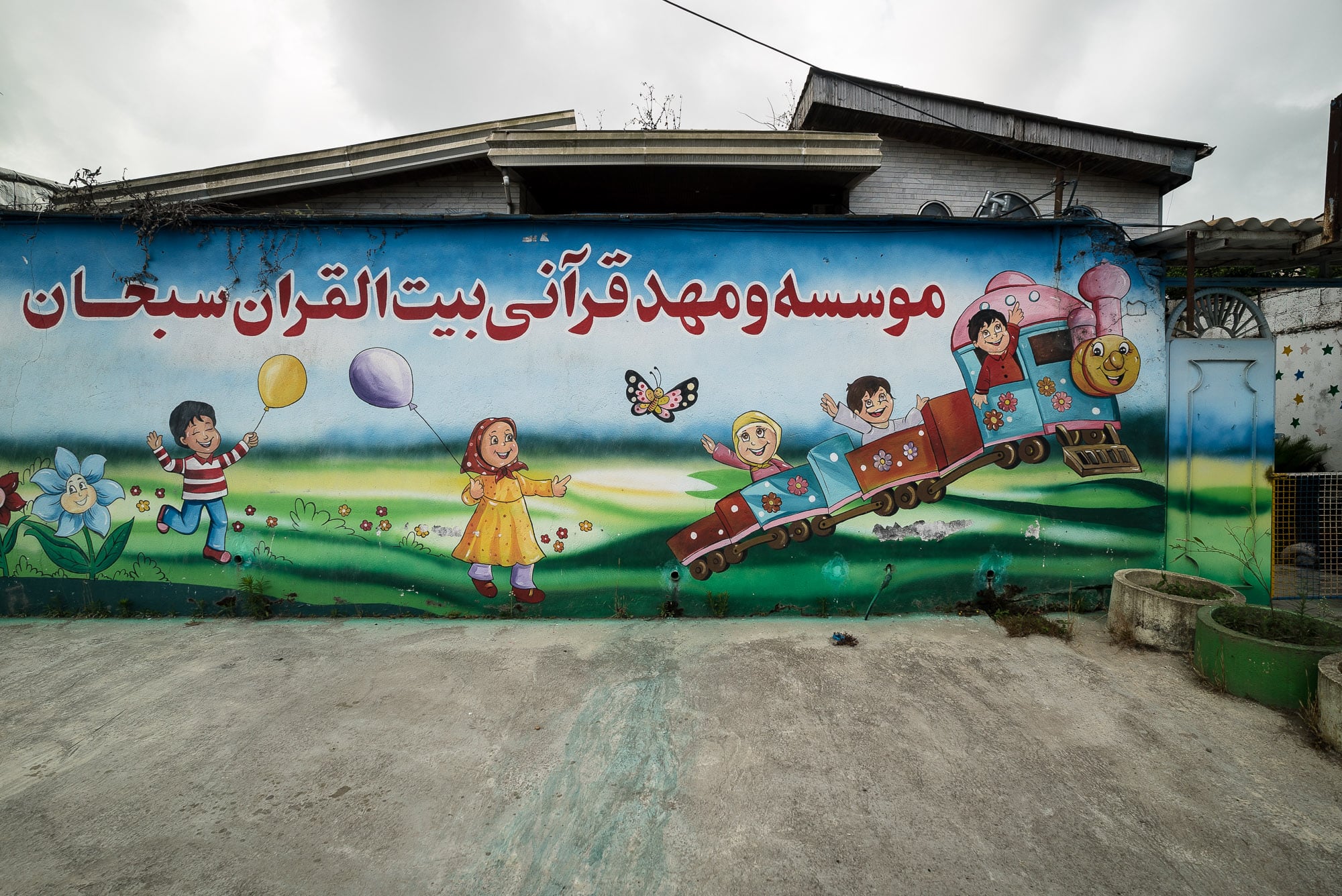 And a mosque that had an impressive facade and a side made of plain bricks: 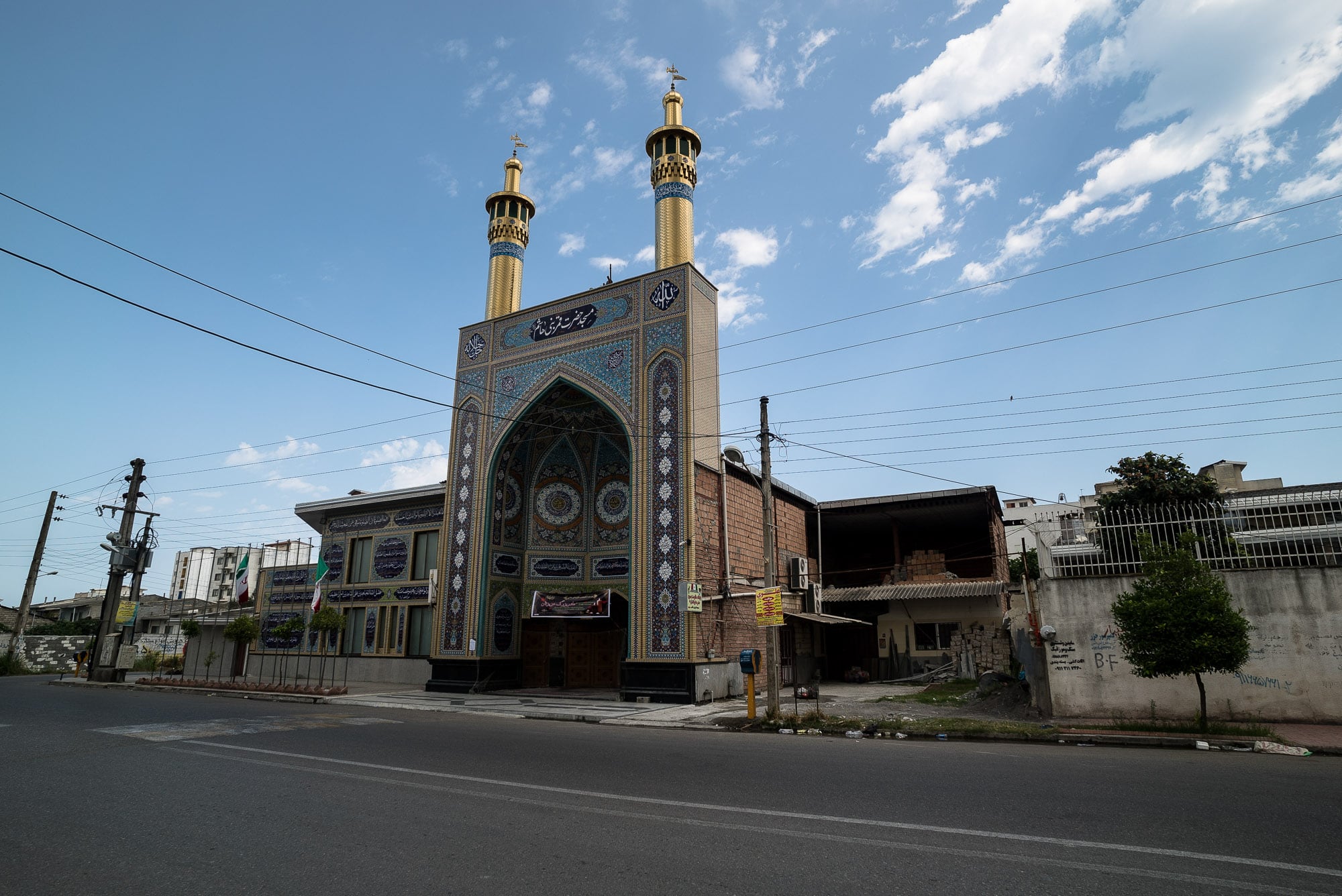 When I reached the highway, I put in my earplugs: 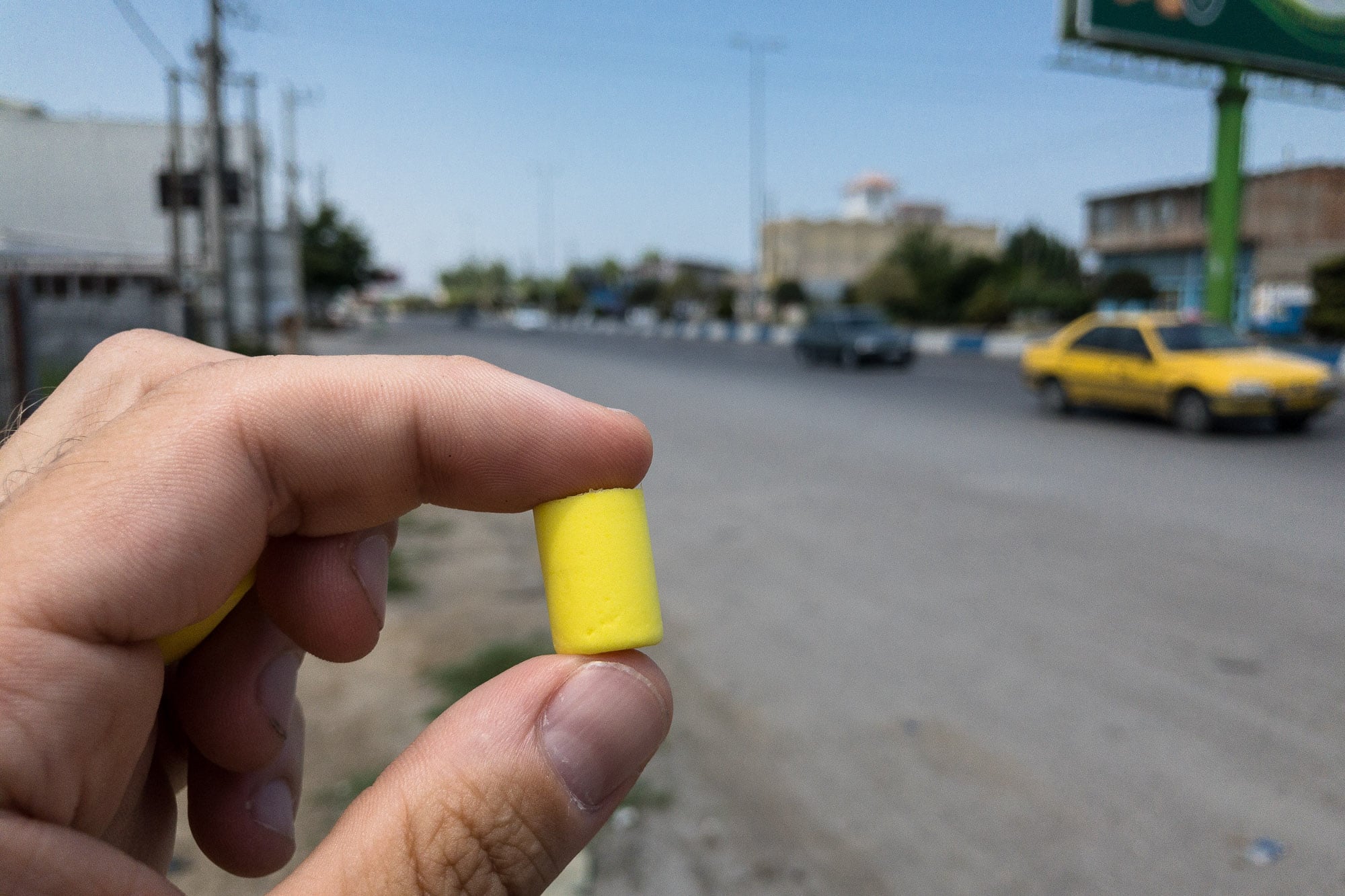 And they turned out to be awesome, too.

The highway was mostly lined by supermarkets… 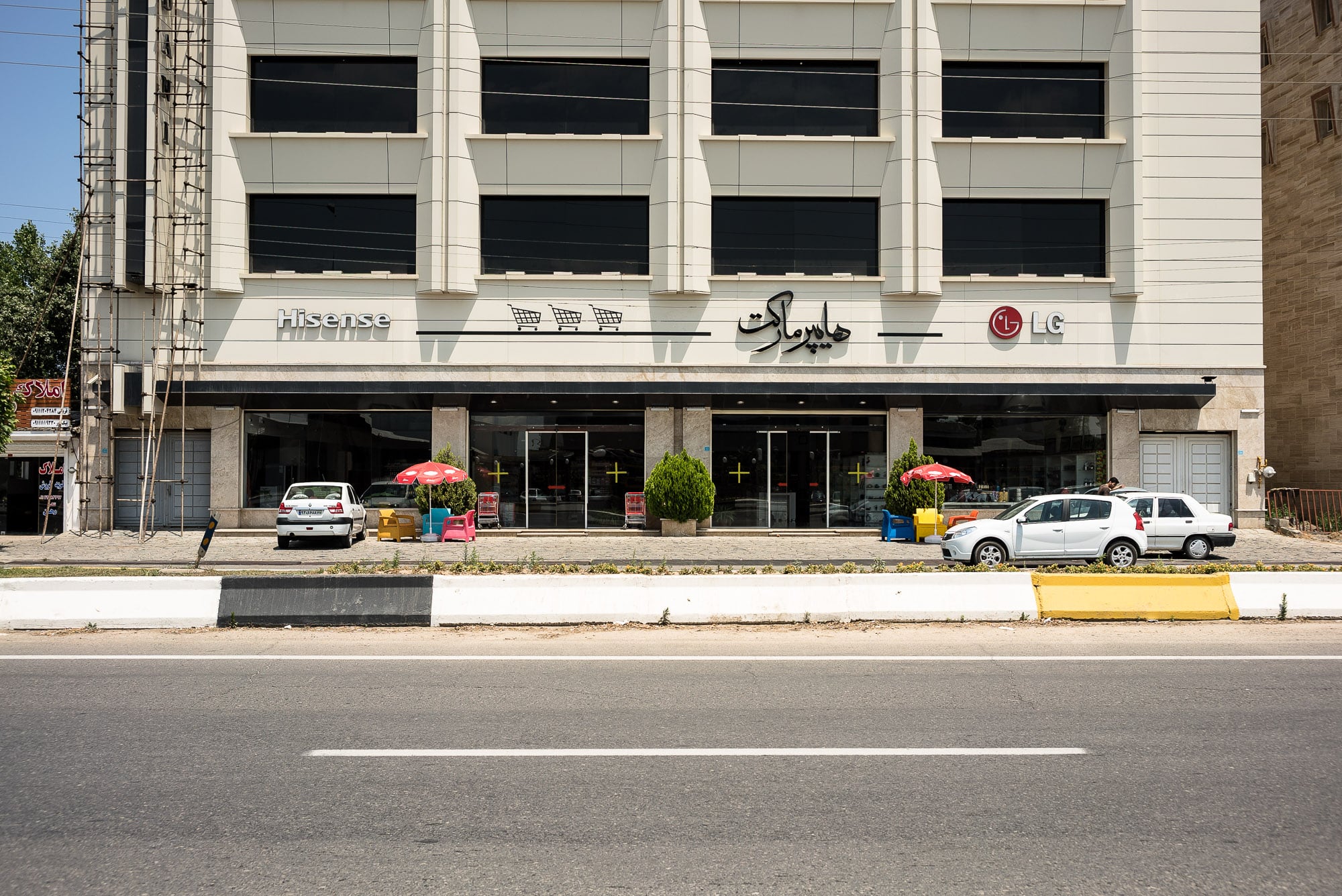 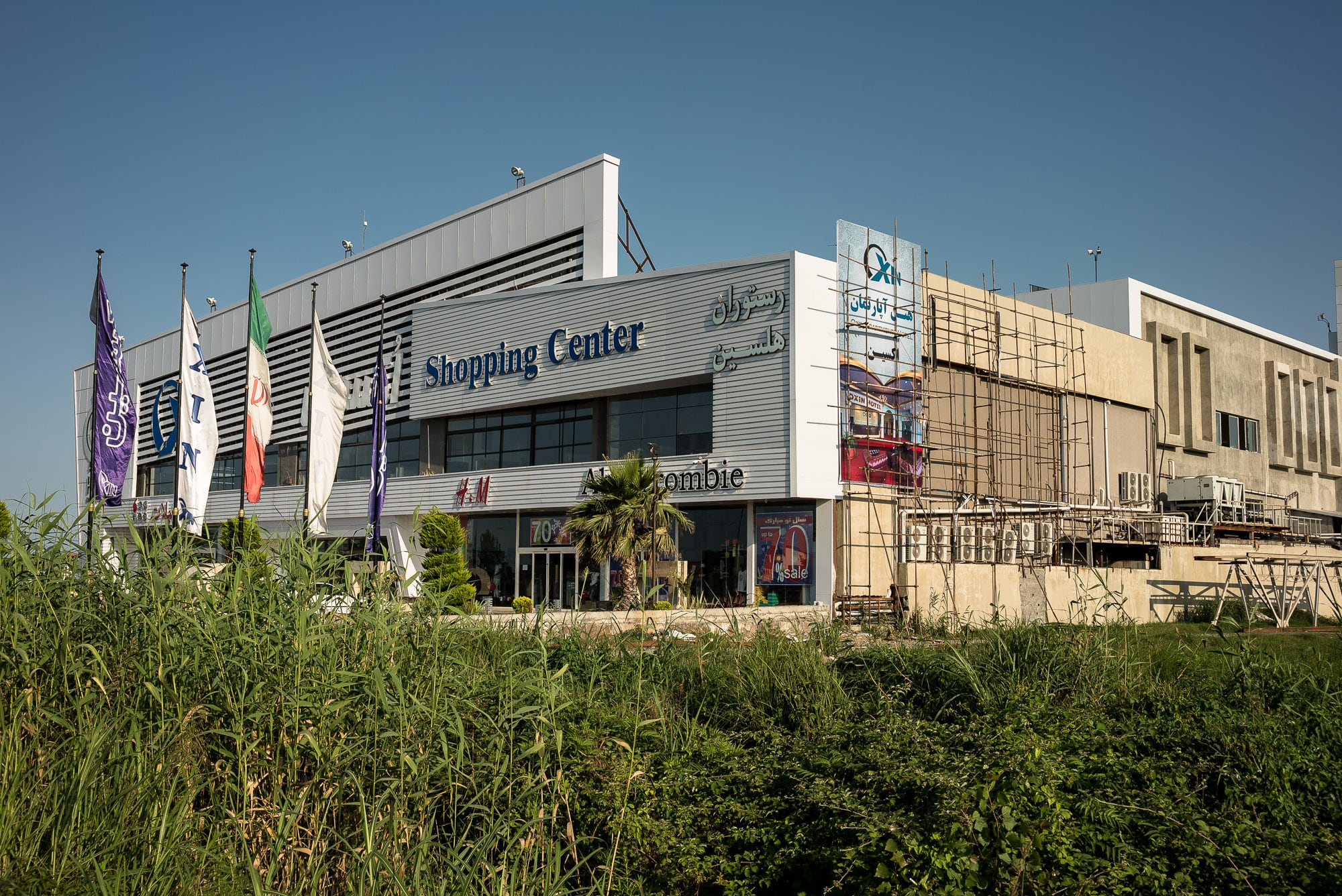 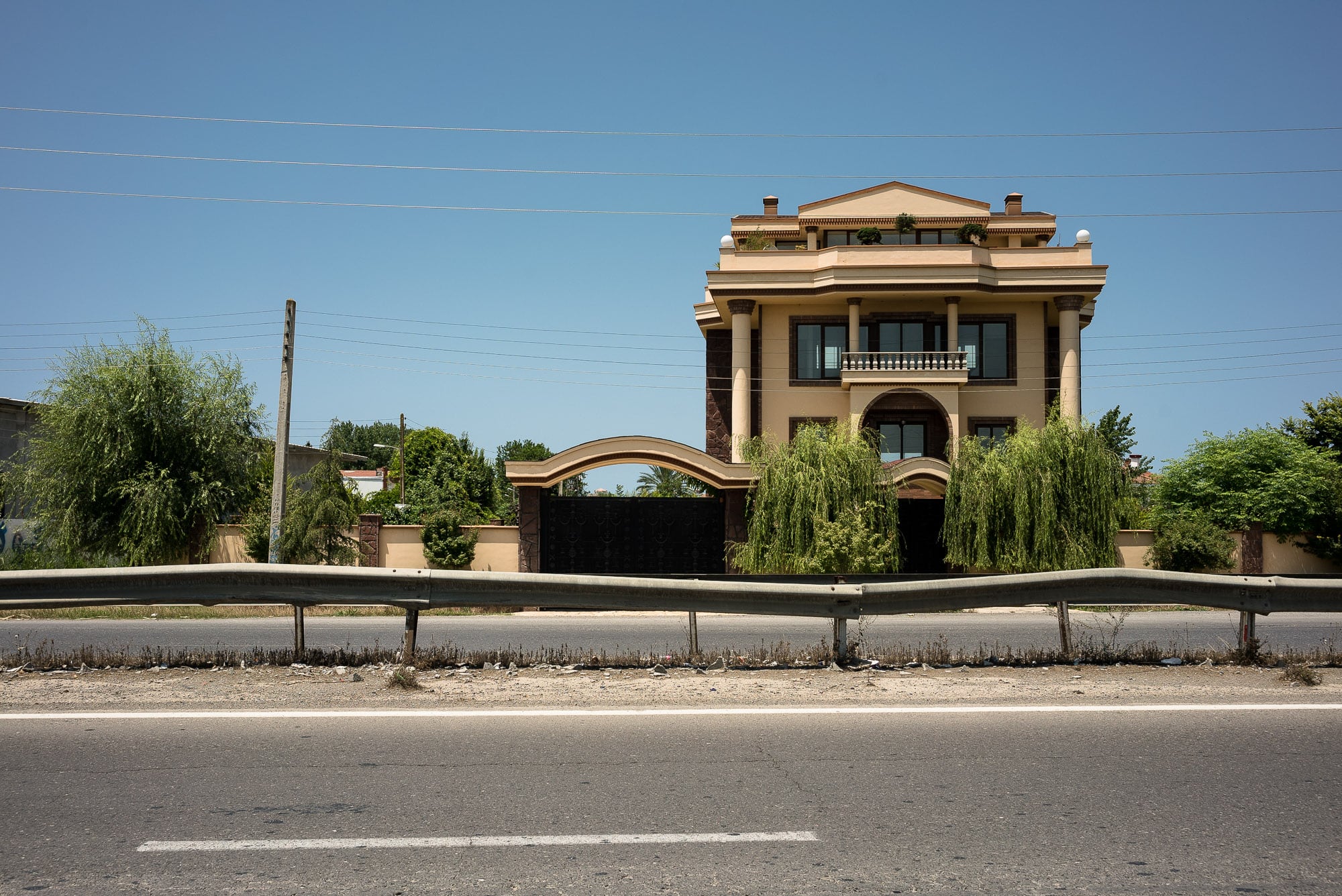 On the other side of the road, closer to the mountains, there were little settlements that looked like weekend retreats for city people: 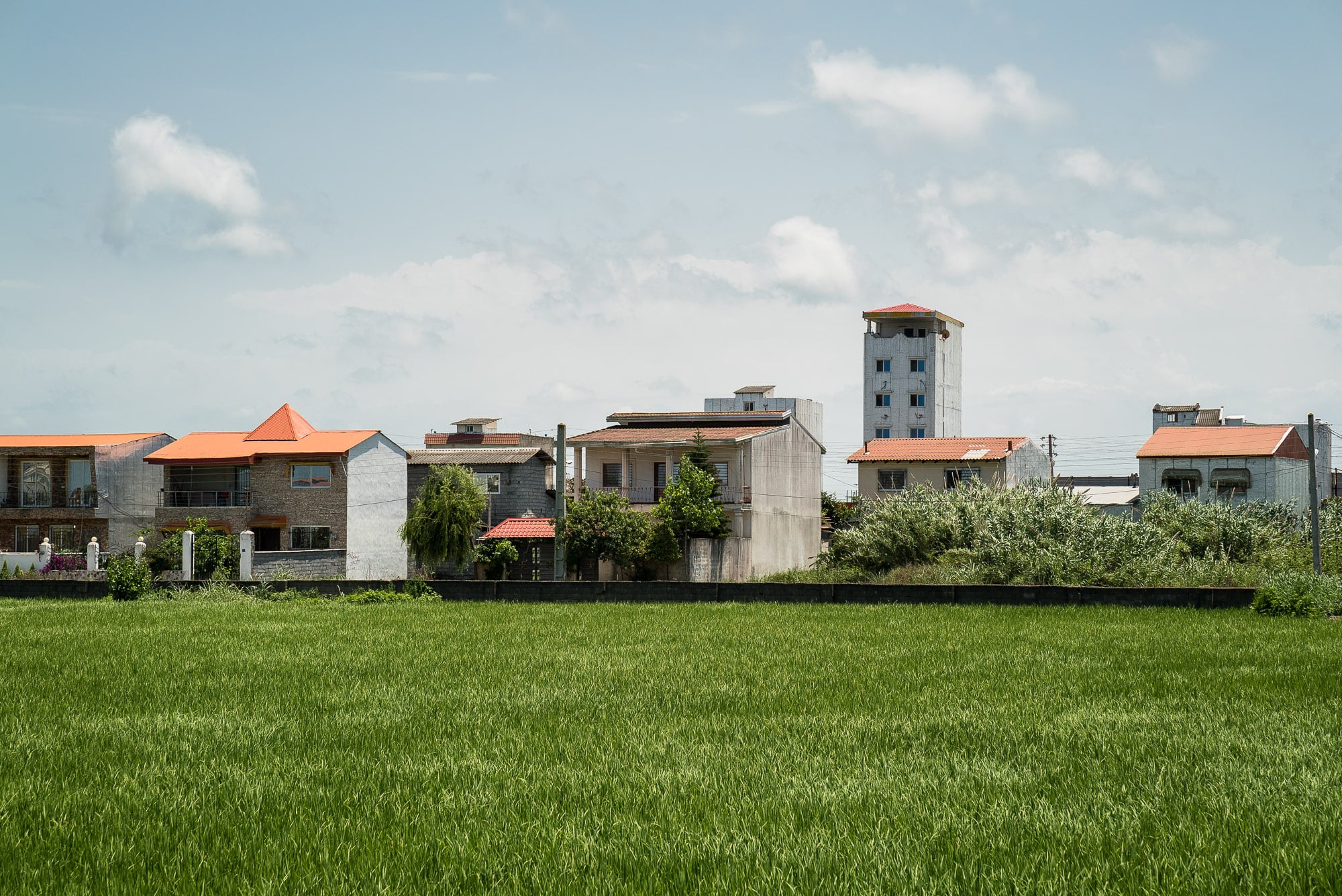 There wasn’t very much fun in walking on the highway, but I enjoyed this inflatable chef: 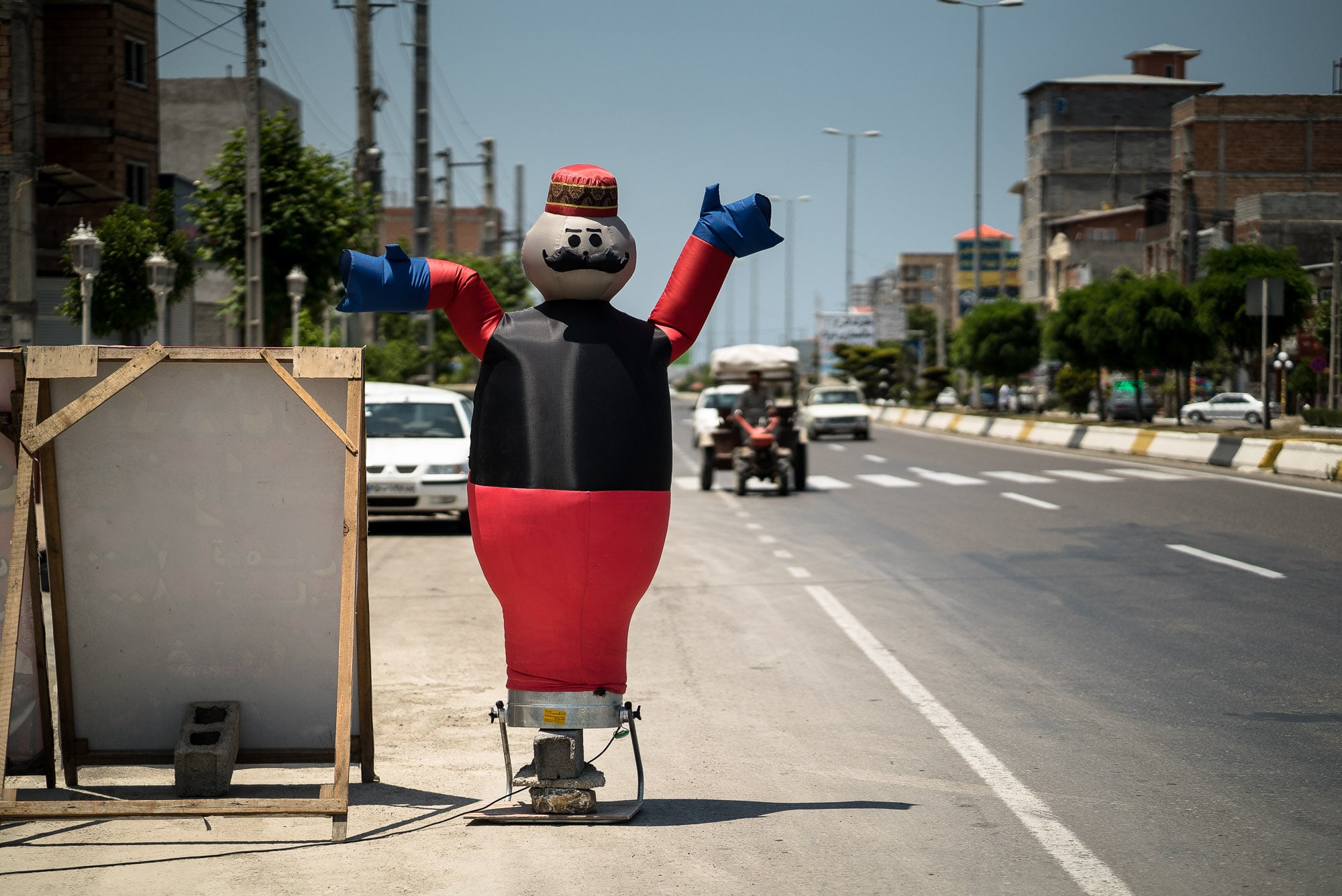 He served as an advertisement for a restaurant, and I ended up having cucumbers with the people who worked there: 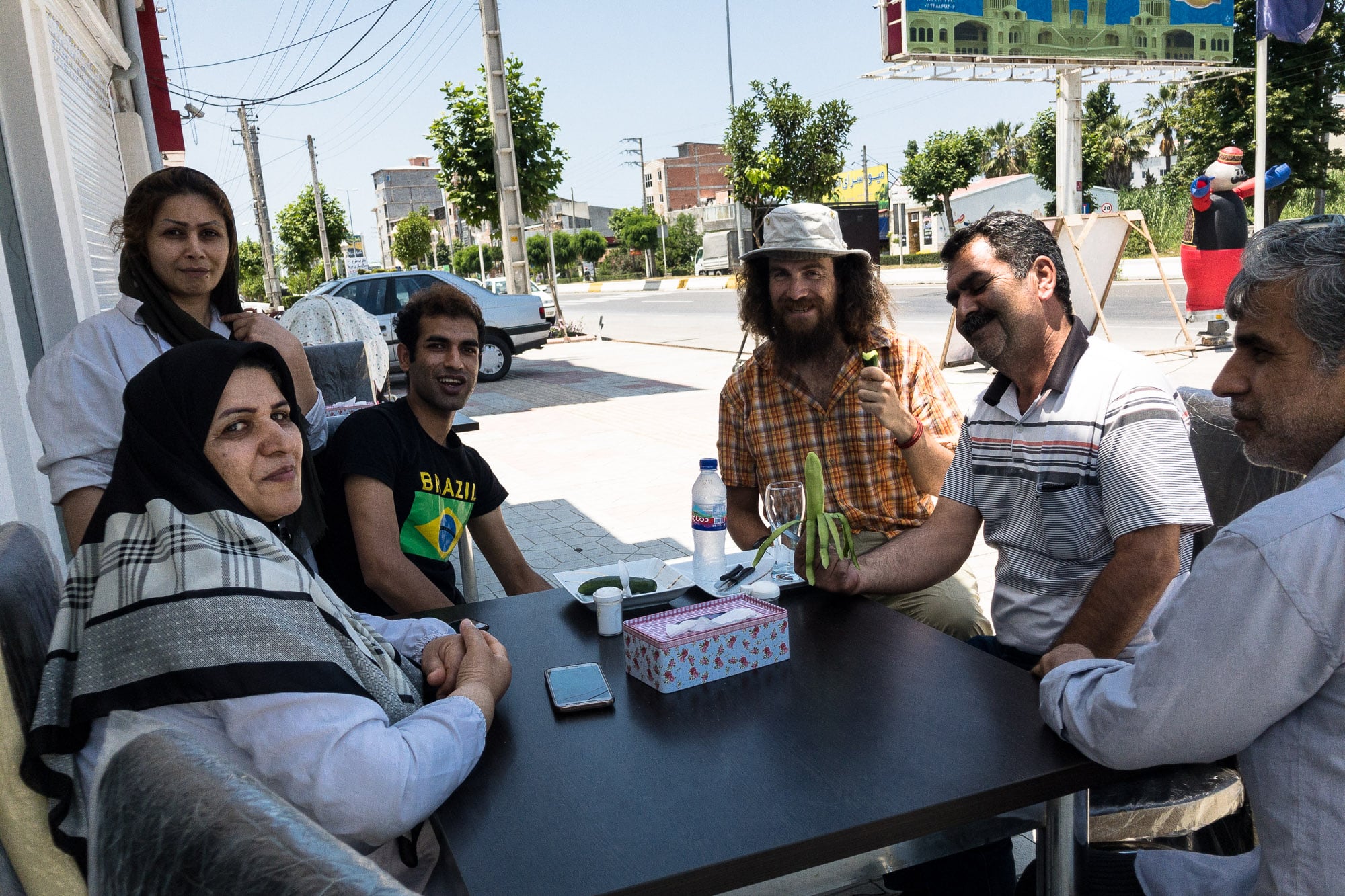 We talked about football, and it turned out that one of them, whom I was suspecting to be a Brazil fan, wasn’t a Brazil fan at all: 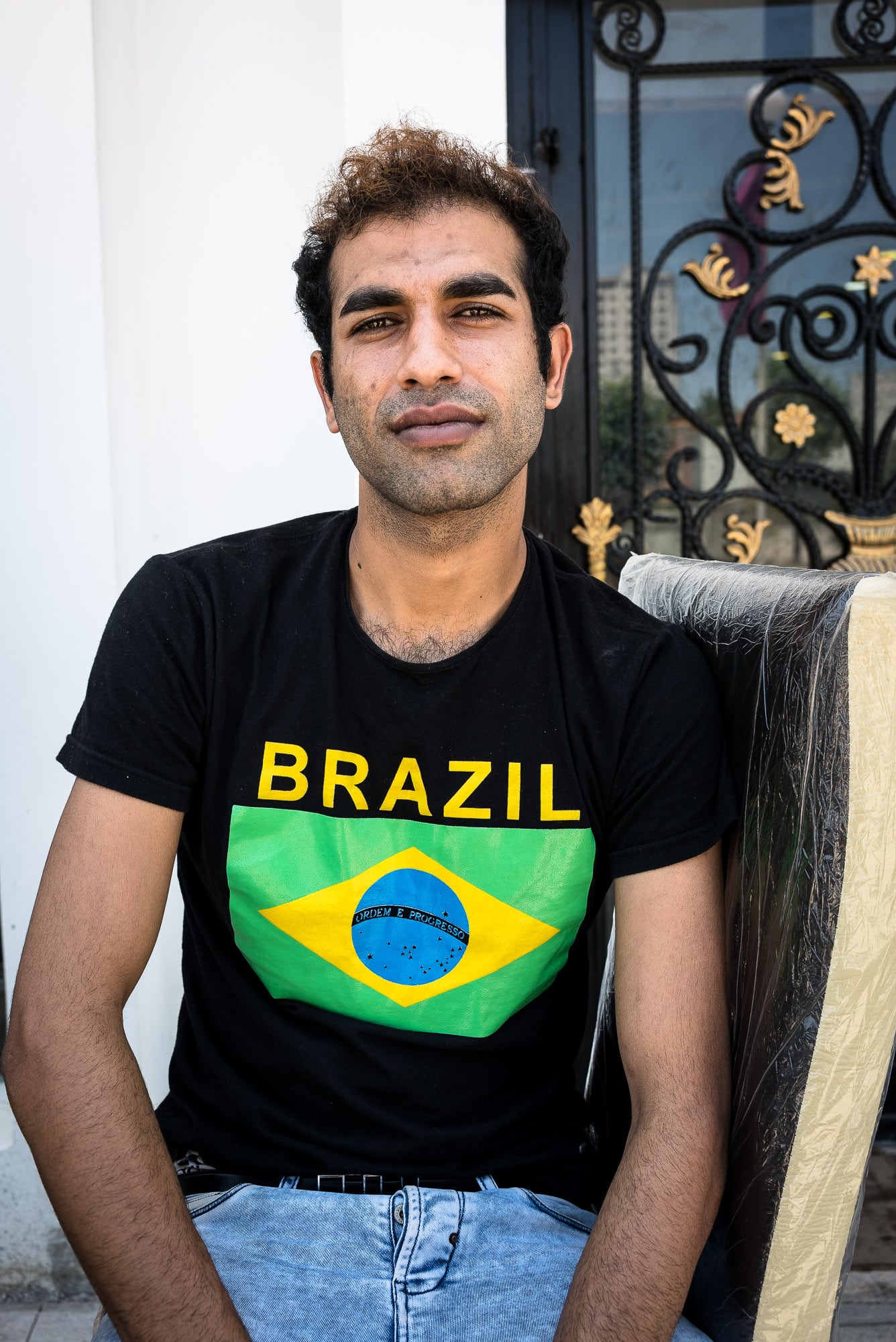 It was a difficult and long conversation full of ohs and ahs.

Occasionally there were people selling clothes on the roadside: 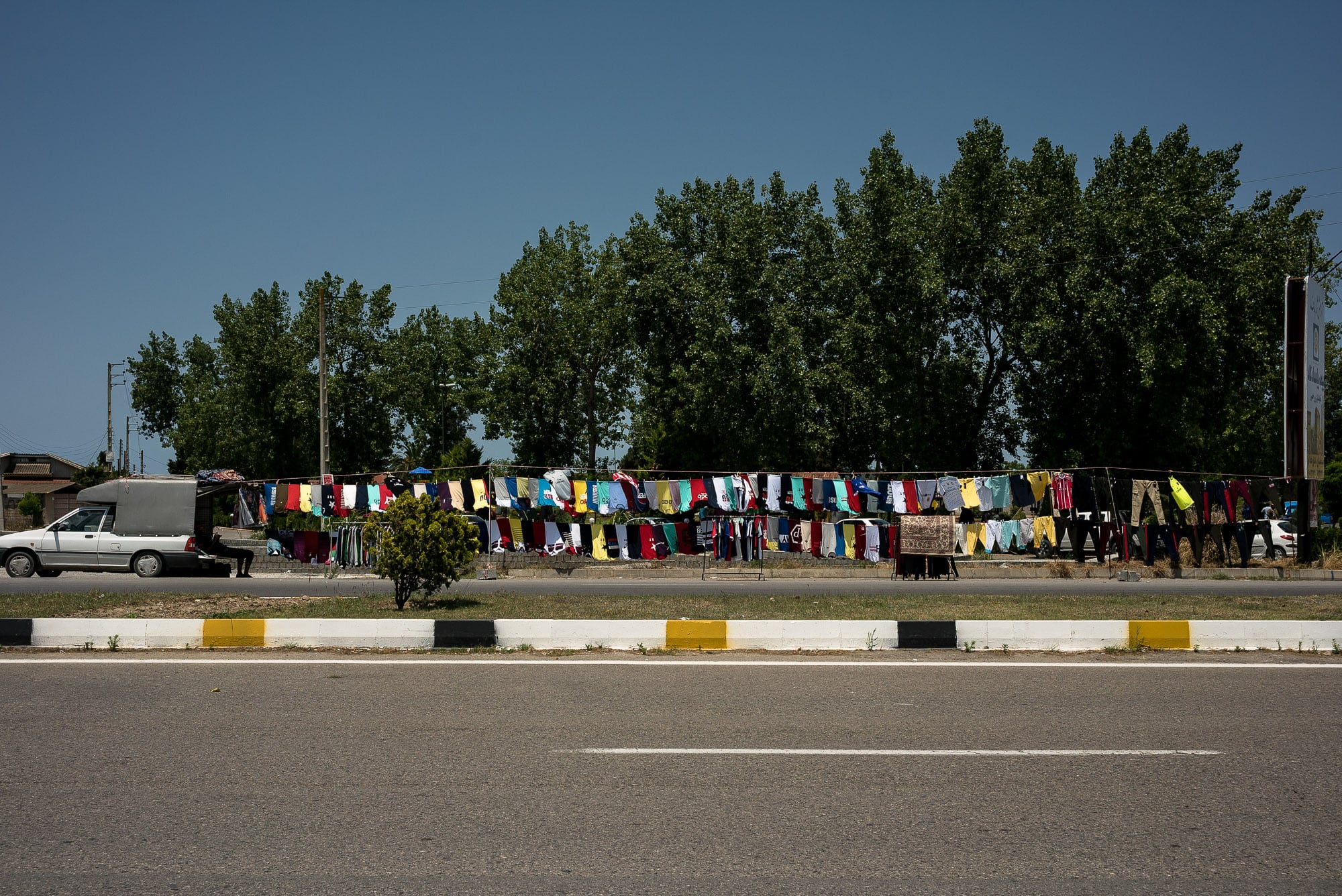 Judging by the towels, Disney was pretty popular in Iran: 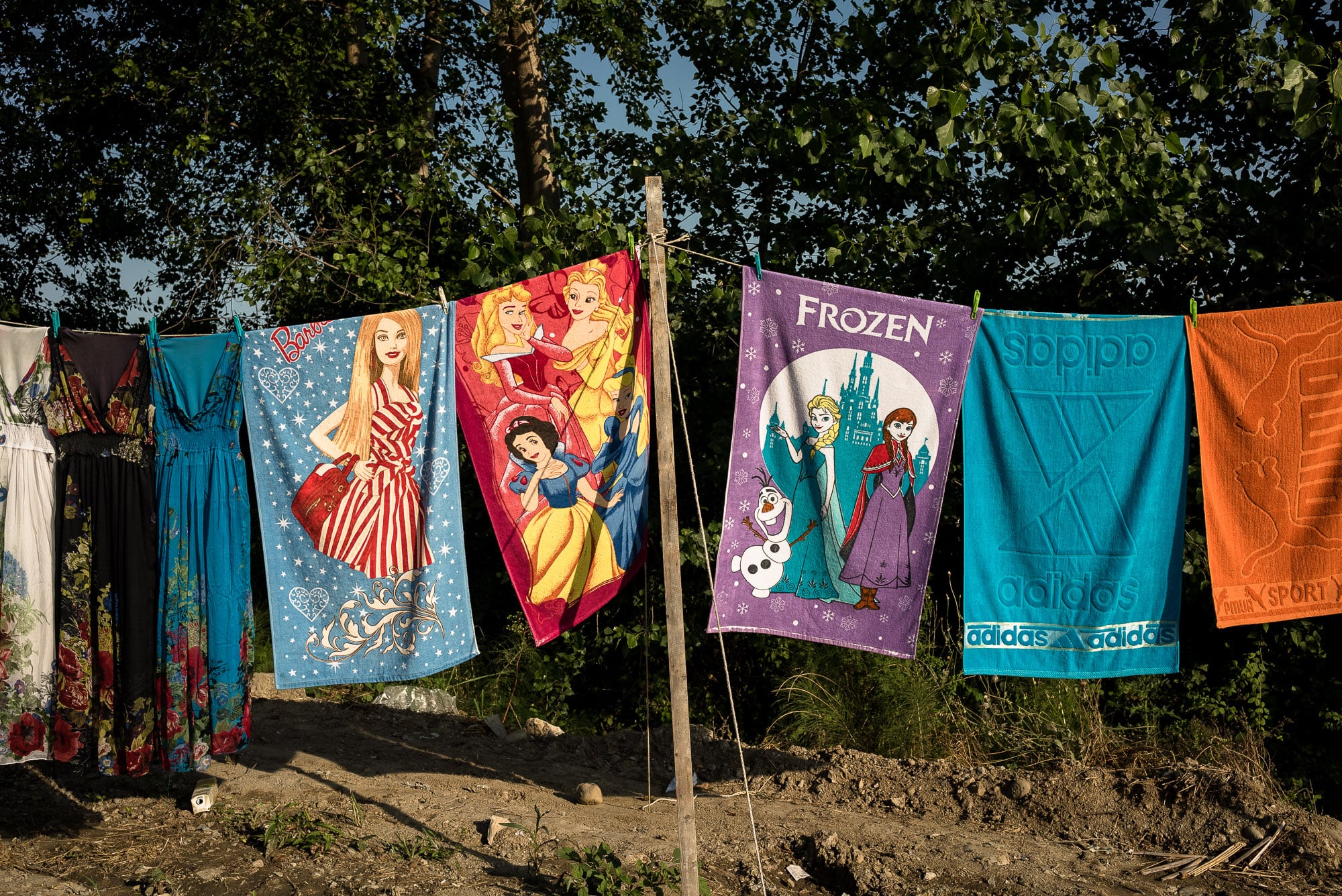 At some point I was stopped by this gentleman: 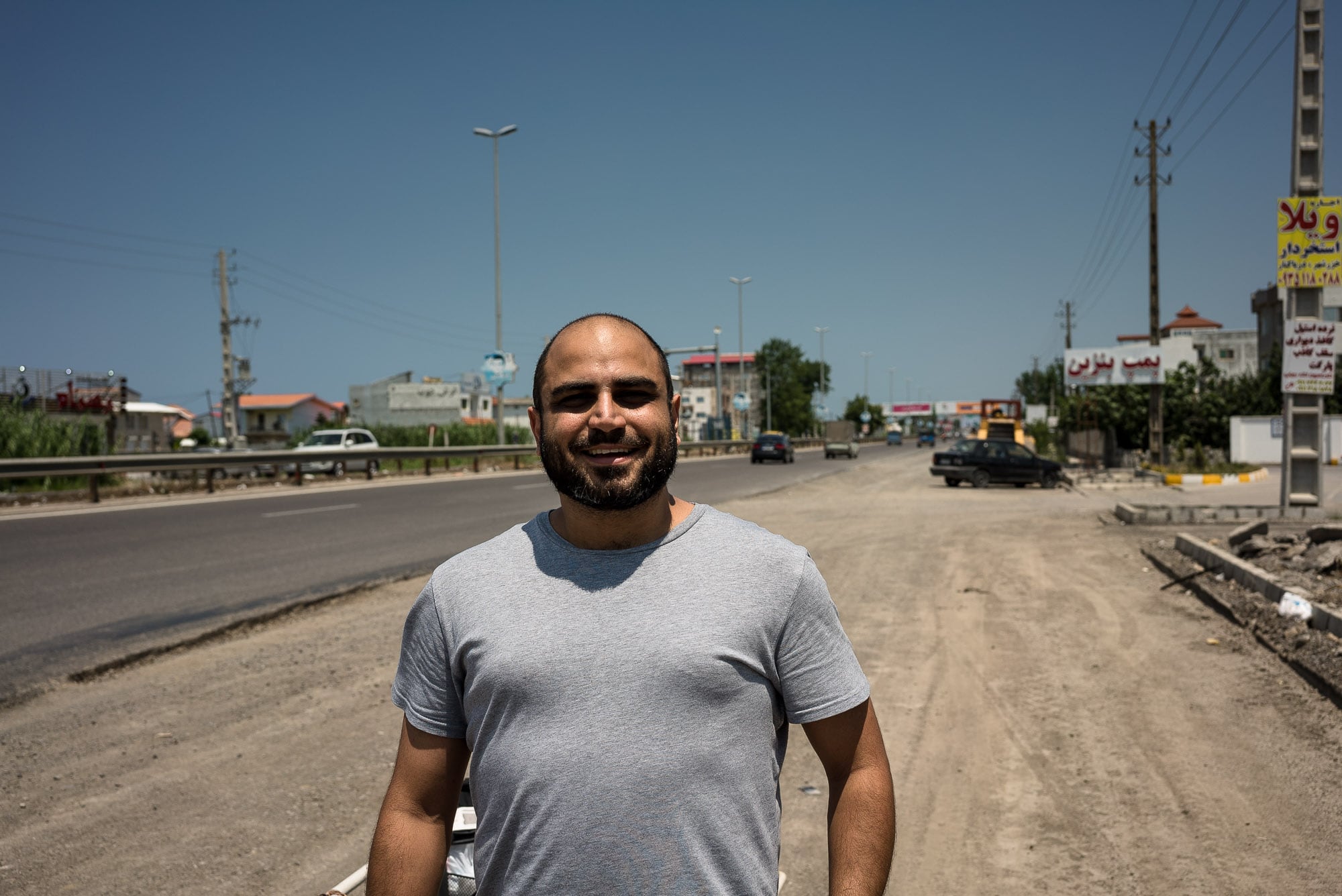 He gave me something to fix a flat tire, a sport towel, and an inflatable pillow. His name was Kasra Shah.

There were posters here and there, announcing that someone had died: 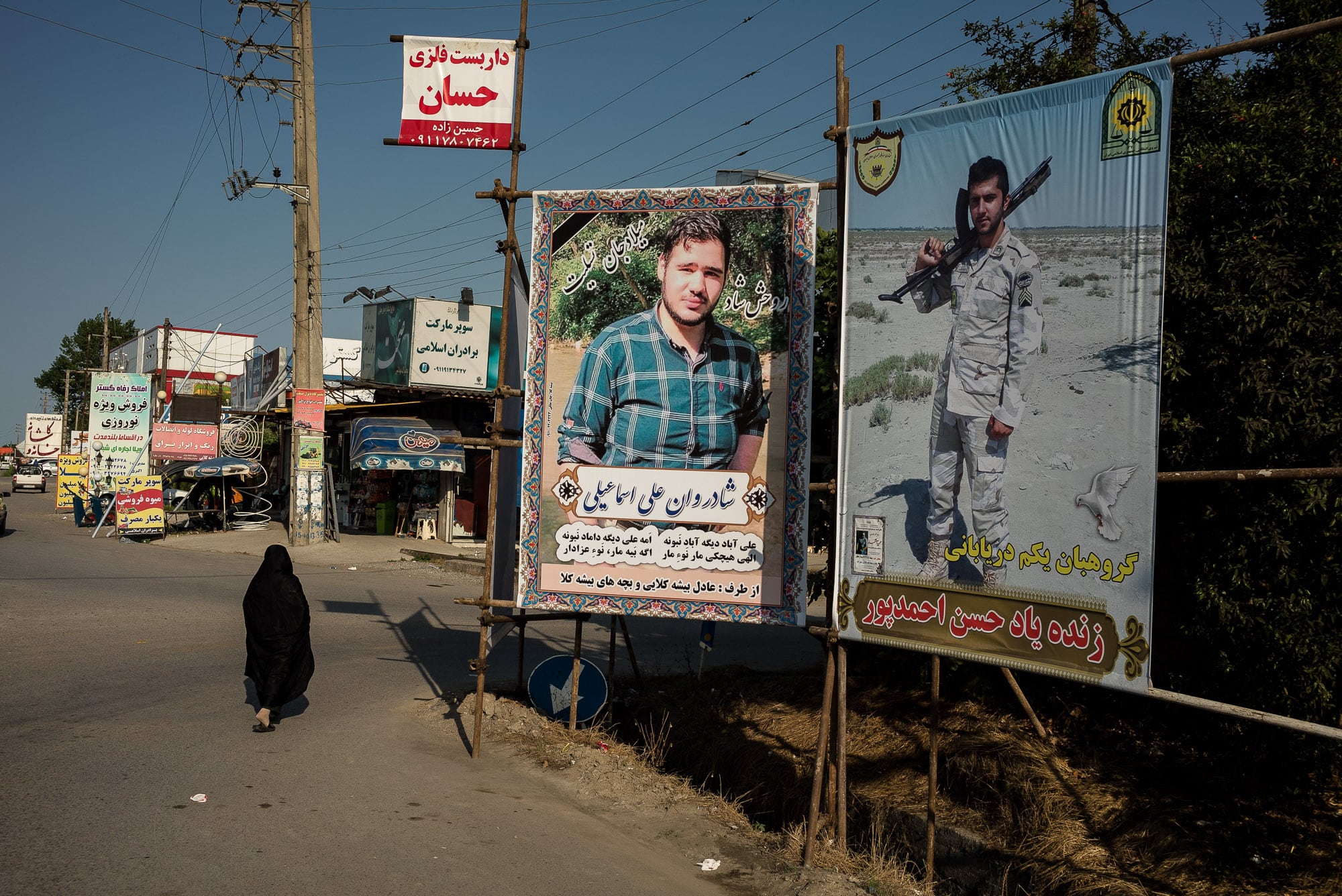 I can’t read Farsi, so I never understood what exactly the posters were saying. But one thing was clear: a lot of people in the prime of their lives were dying.

It was a bit unsettling.

When I reached Mahmudabad, the sun was about to go to sleep: 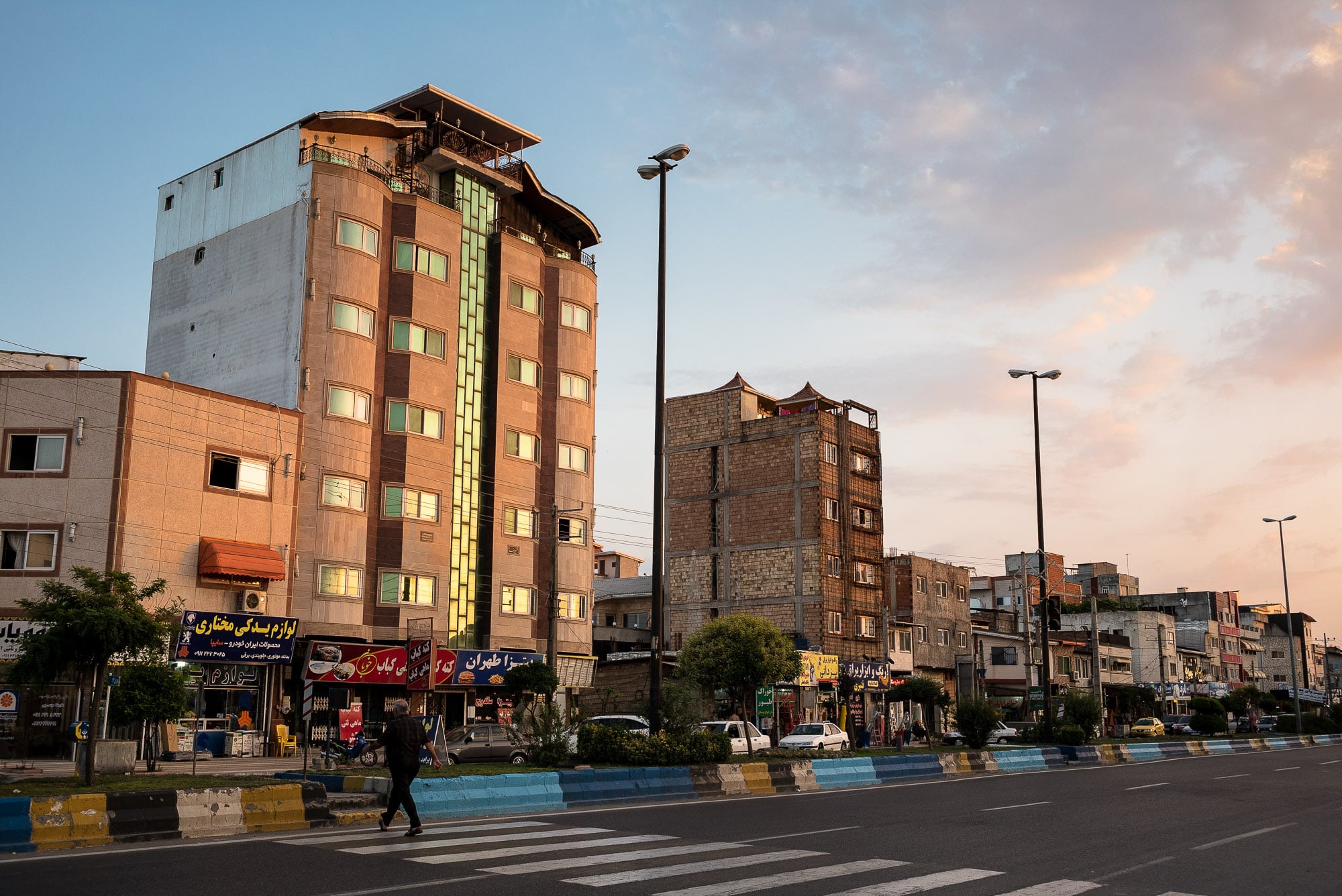 I bought some apricots from two fruit vendors: 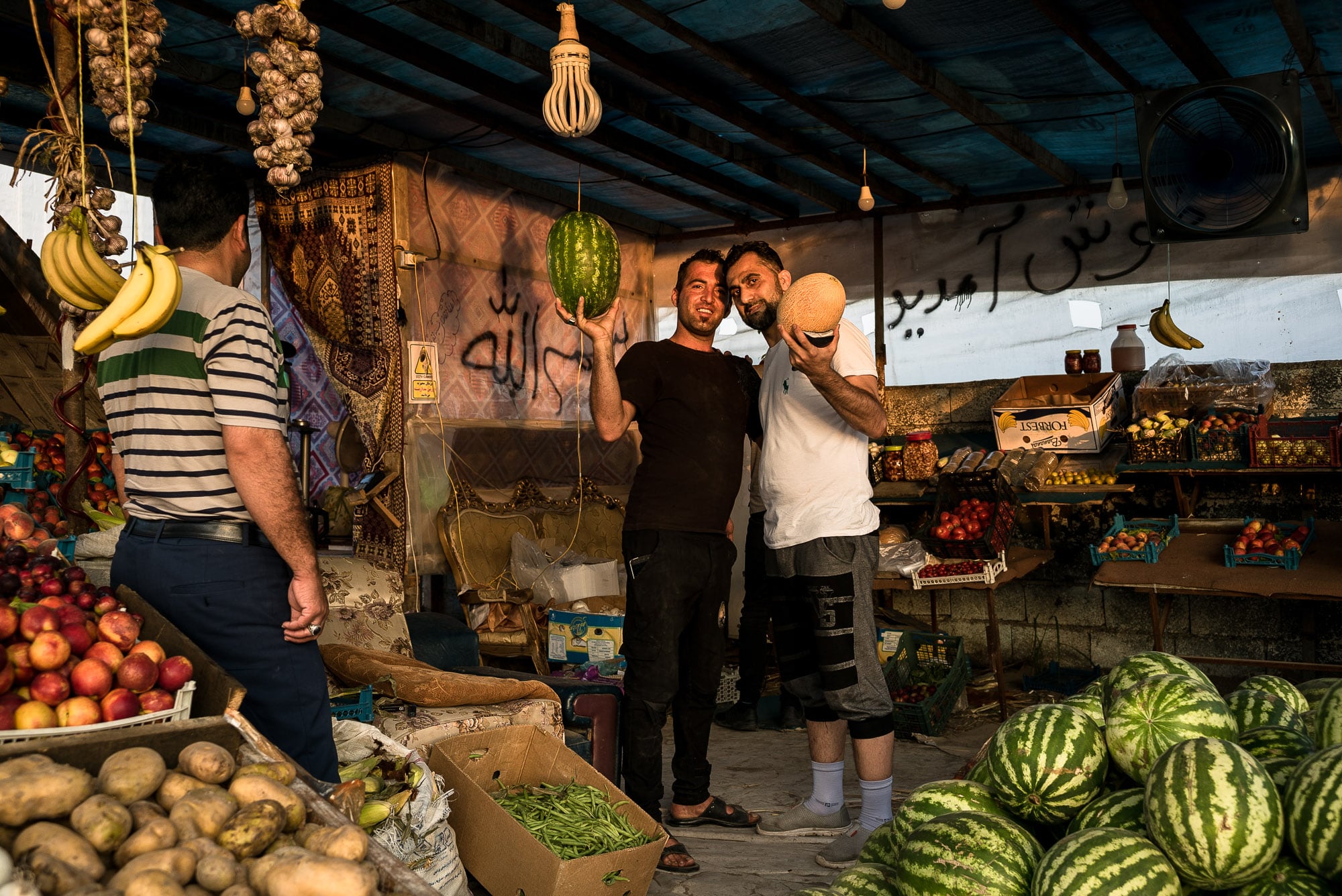 “Don’t you watch the game?” they asked me. They meant the football match in which Germany was playing.

No, I said. Germany seemed very far from me.

Day 1144
from Fereydunkenar to Mahmudabad