There was a little playground on the beach. Or rather: it was just a swing and a slide. I didn’t care about the slide, because I was too big for it. But I liked the swing. Generally I enjoy sitting on swings, and I like using their frames to stretch my back.

Strangely enough, someone had apparently come and knocked over both the slide (I didn’t really care) and the swing (why, just why?): 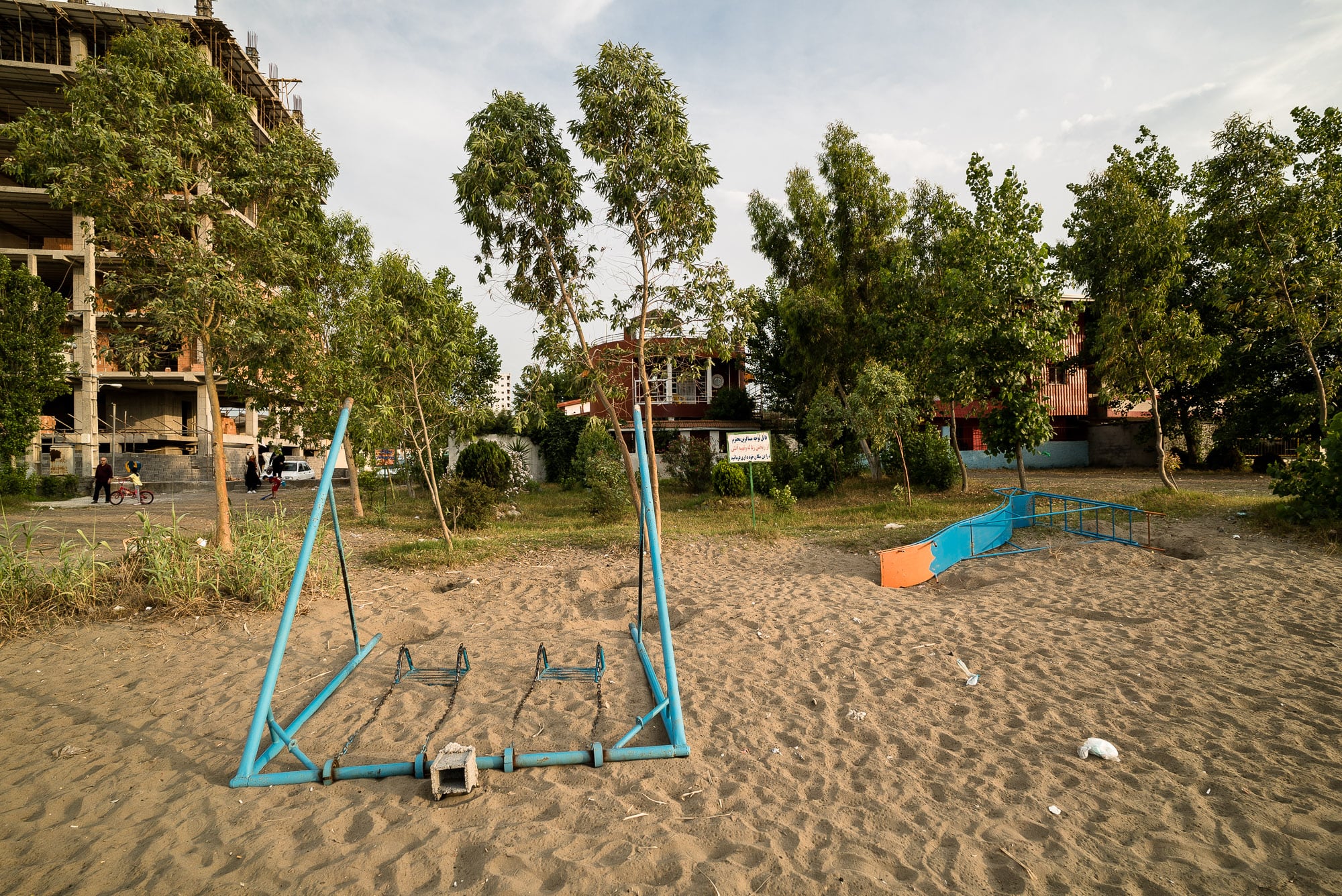 I was a bit sad, though. But what had I done to save them? Nothing. Much of the morning had been spent swimming and tanning, and when the sun went down, I enjoyed the silence in the air and the mumbling of the Caspian Sea: 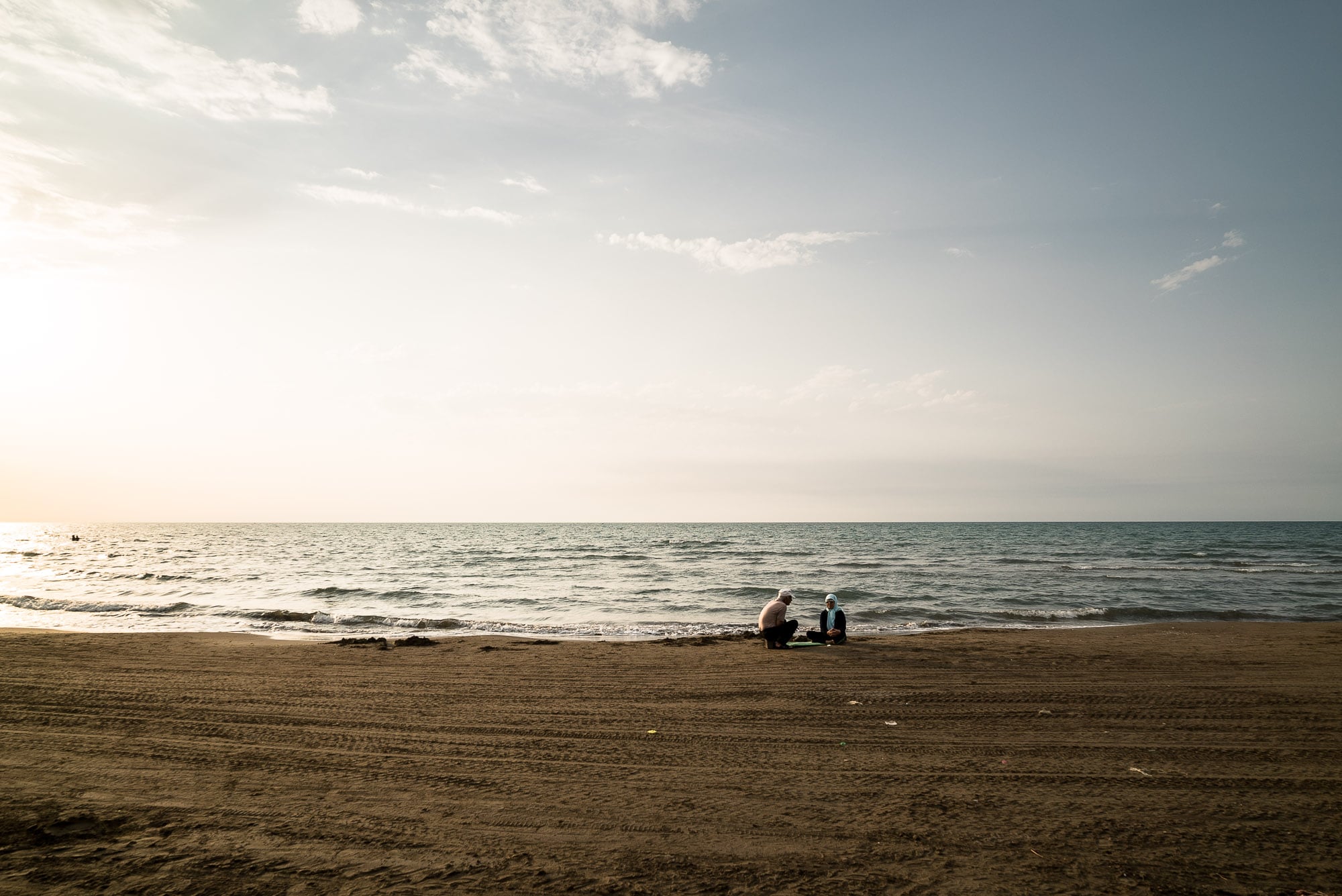 Also, I had a sunburn.