When I left my hotel this morning and the owner asked for a photo of us together, I decided to post it along with all other photos I was going to take with people along the way: 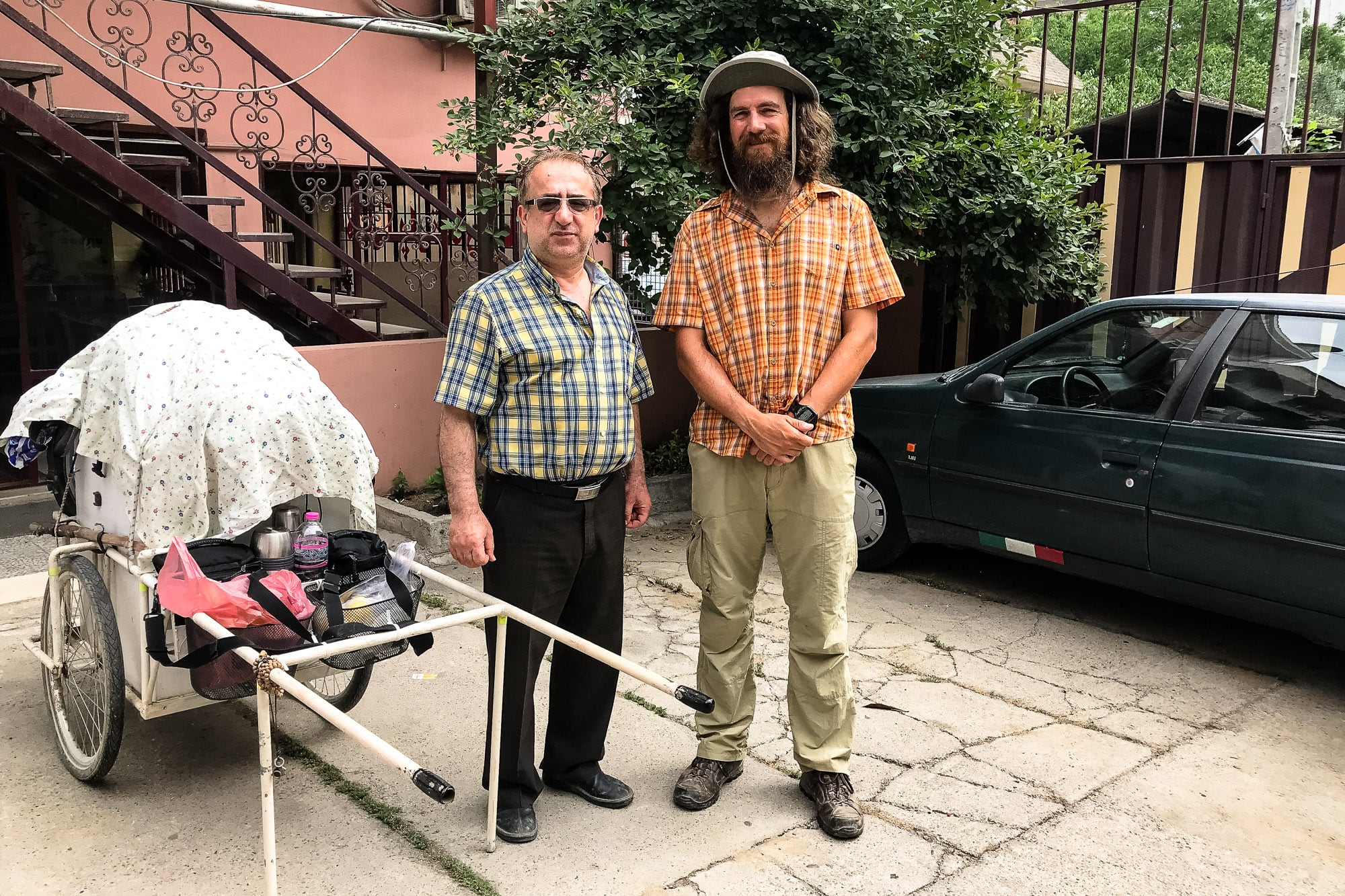 But first it was just easy walking through the quiet parts of Sari: 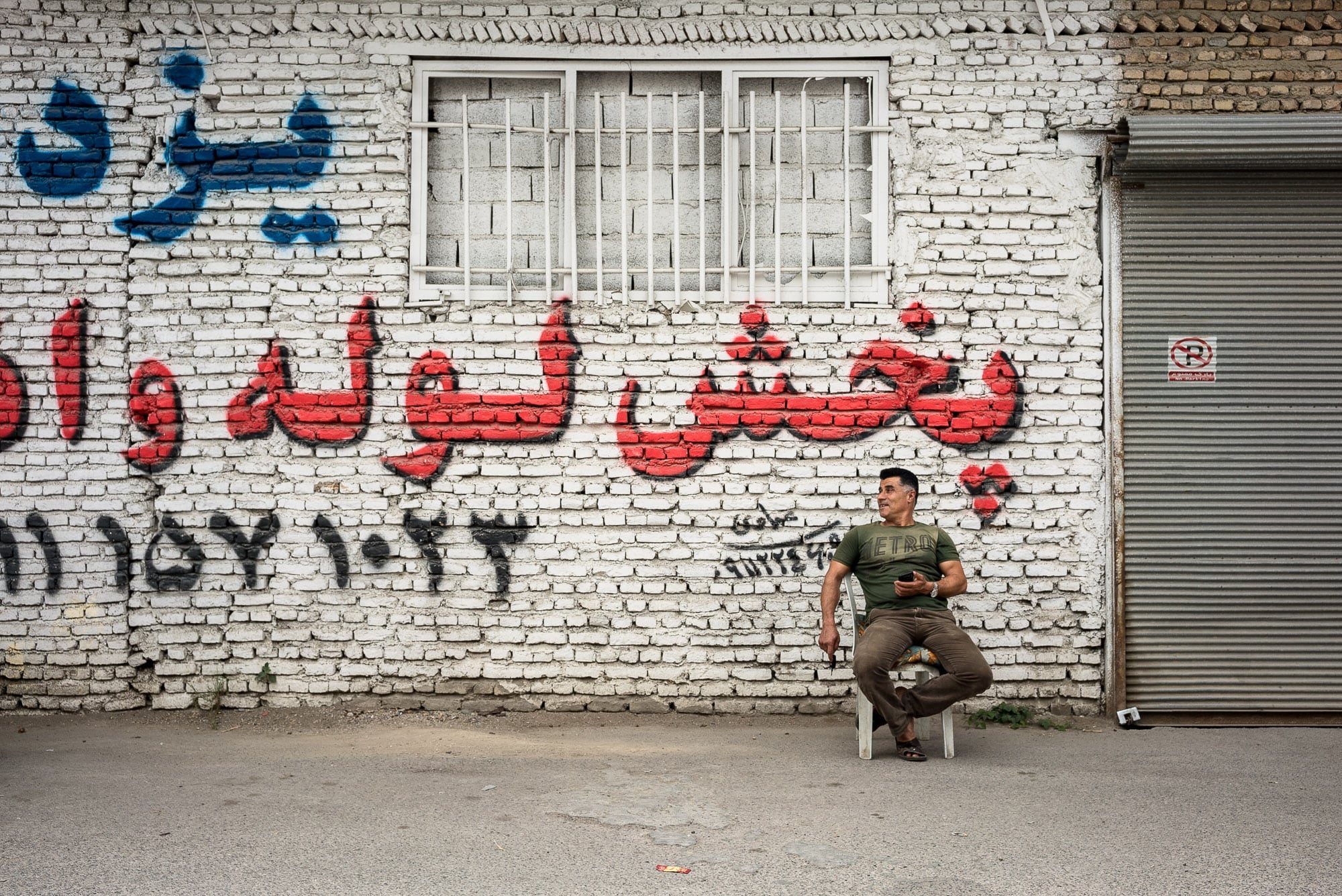 Here’s selfie number 2 with two dudes under some trees: 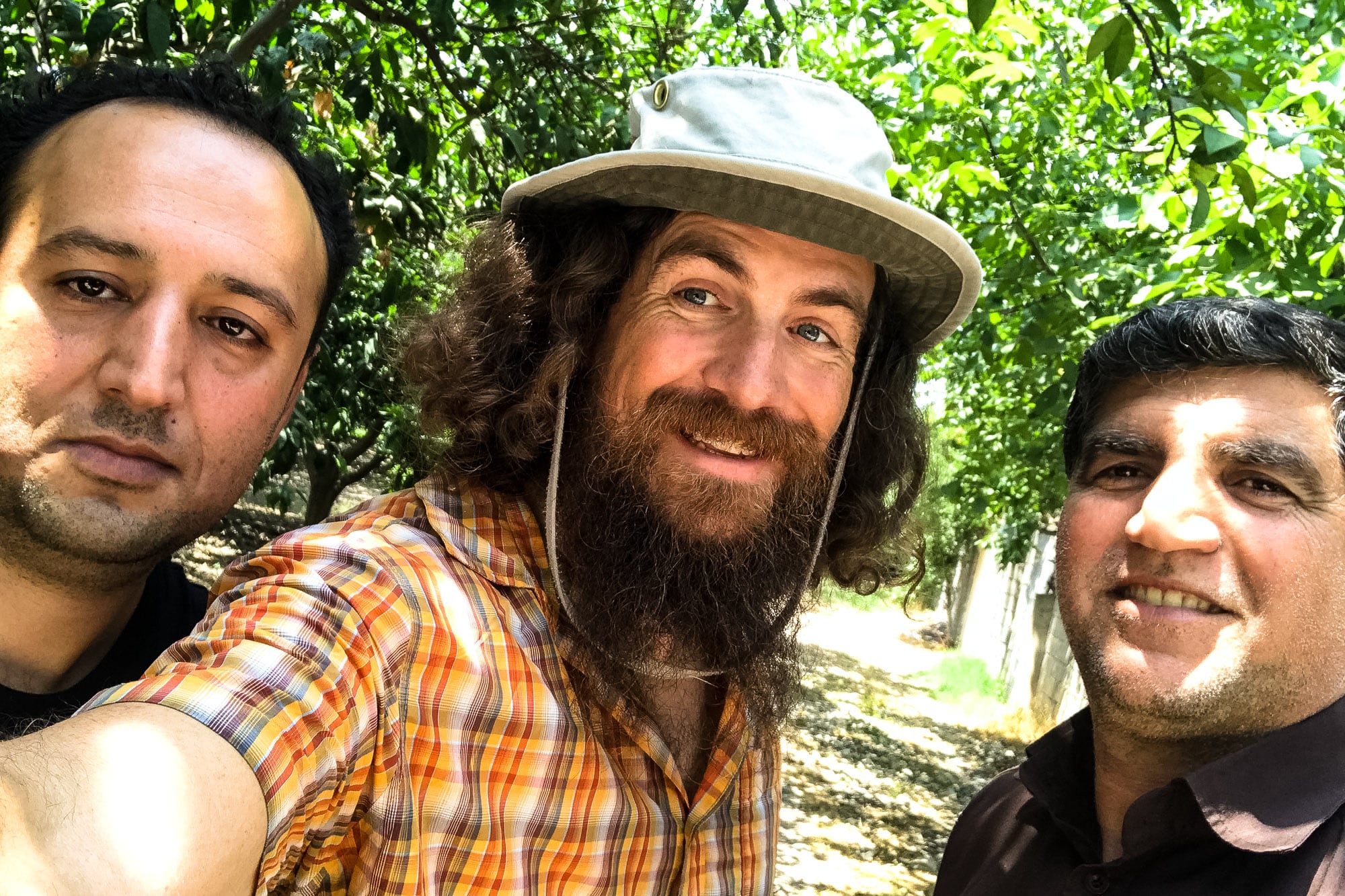 And here’s the road that I took through the villages: 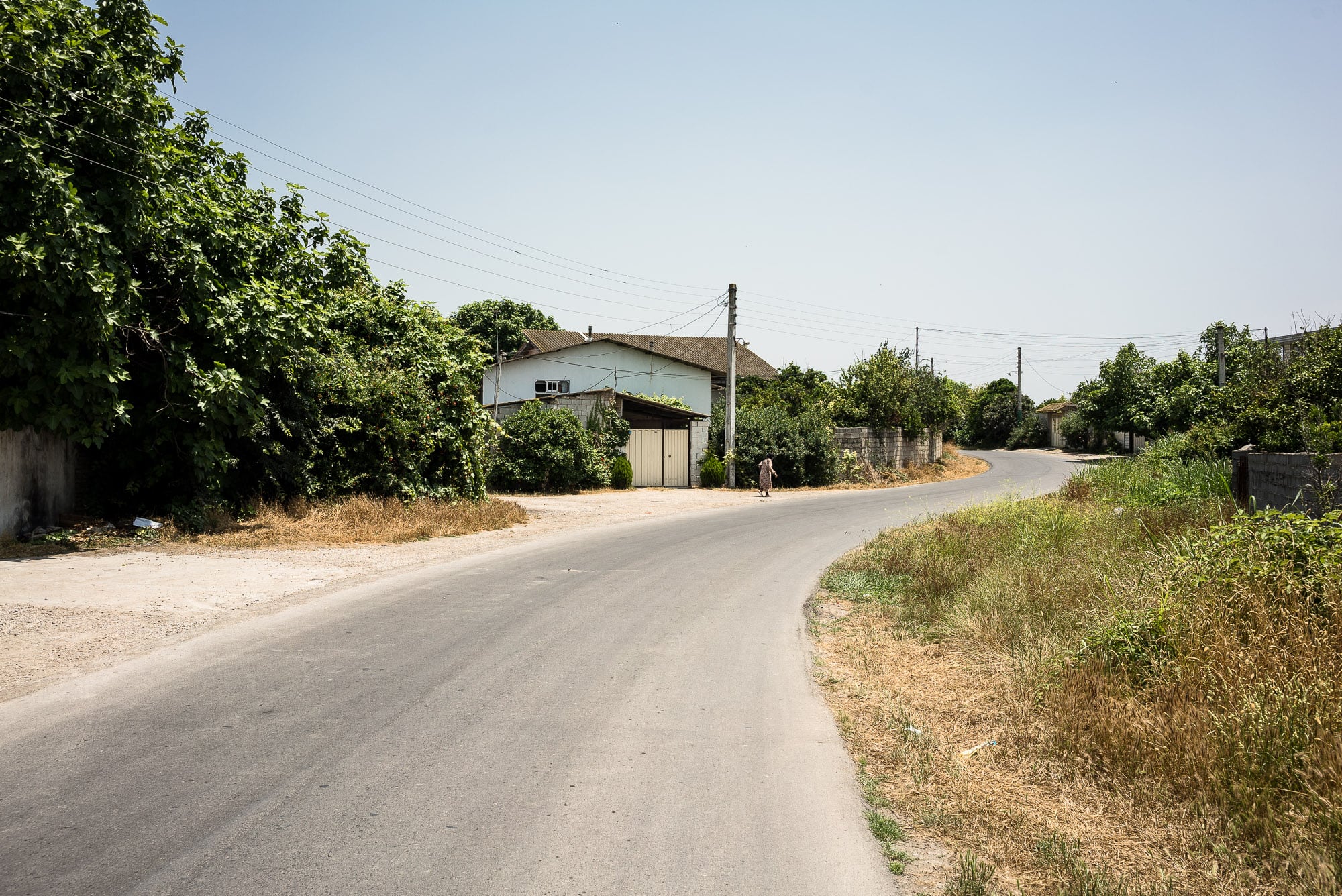 It was very peaceful and quiet. I listened to my own footsteps on the ground and looked at the buildings left and right that housed people whom I would never get to meet: 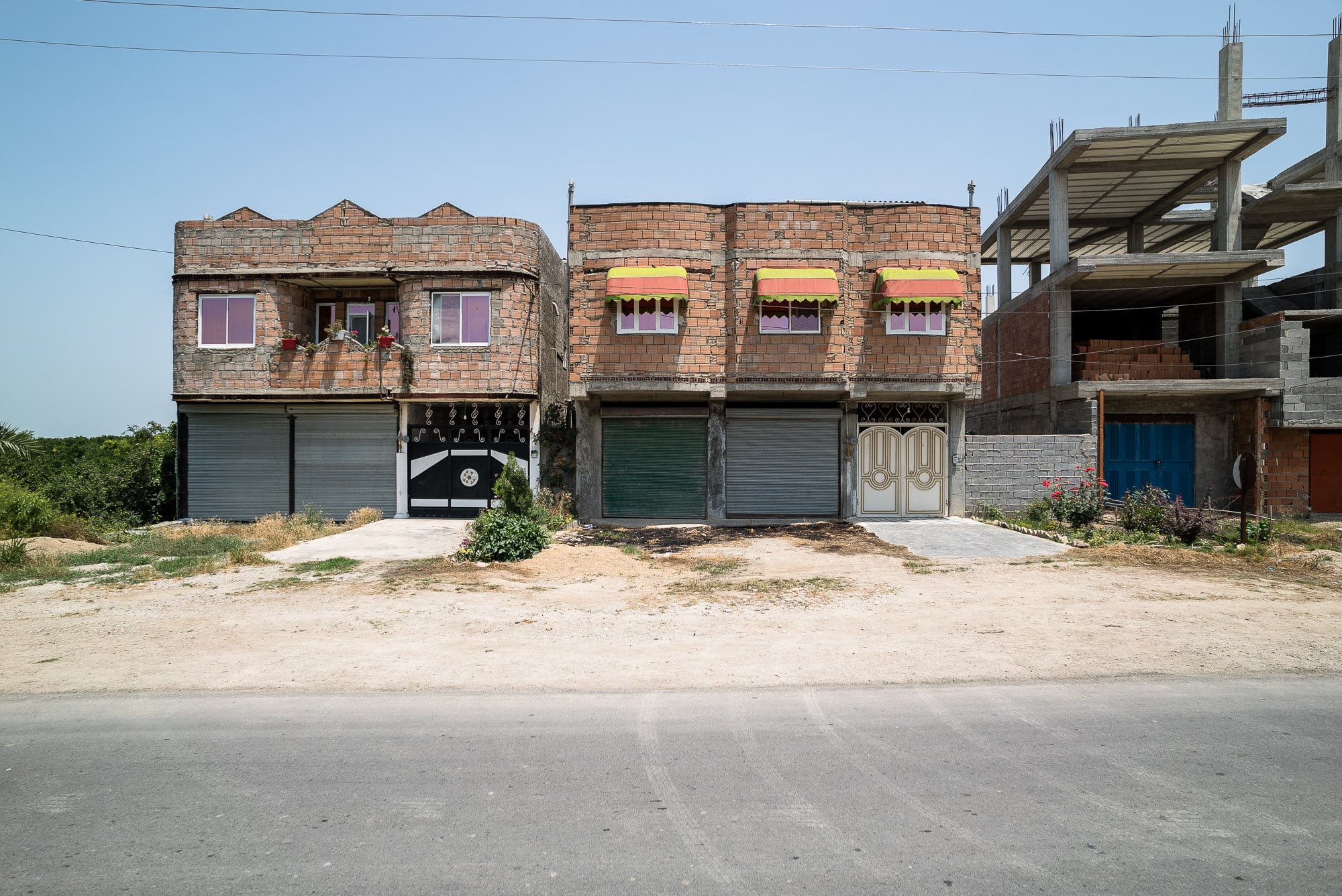 Well, I met some of them: 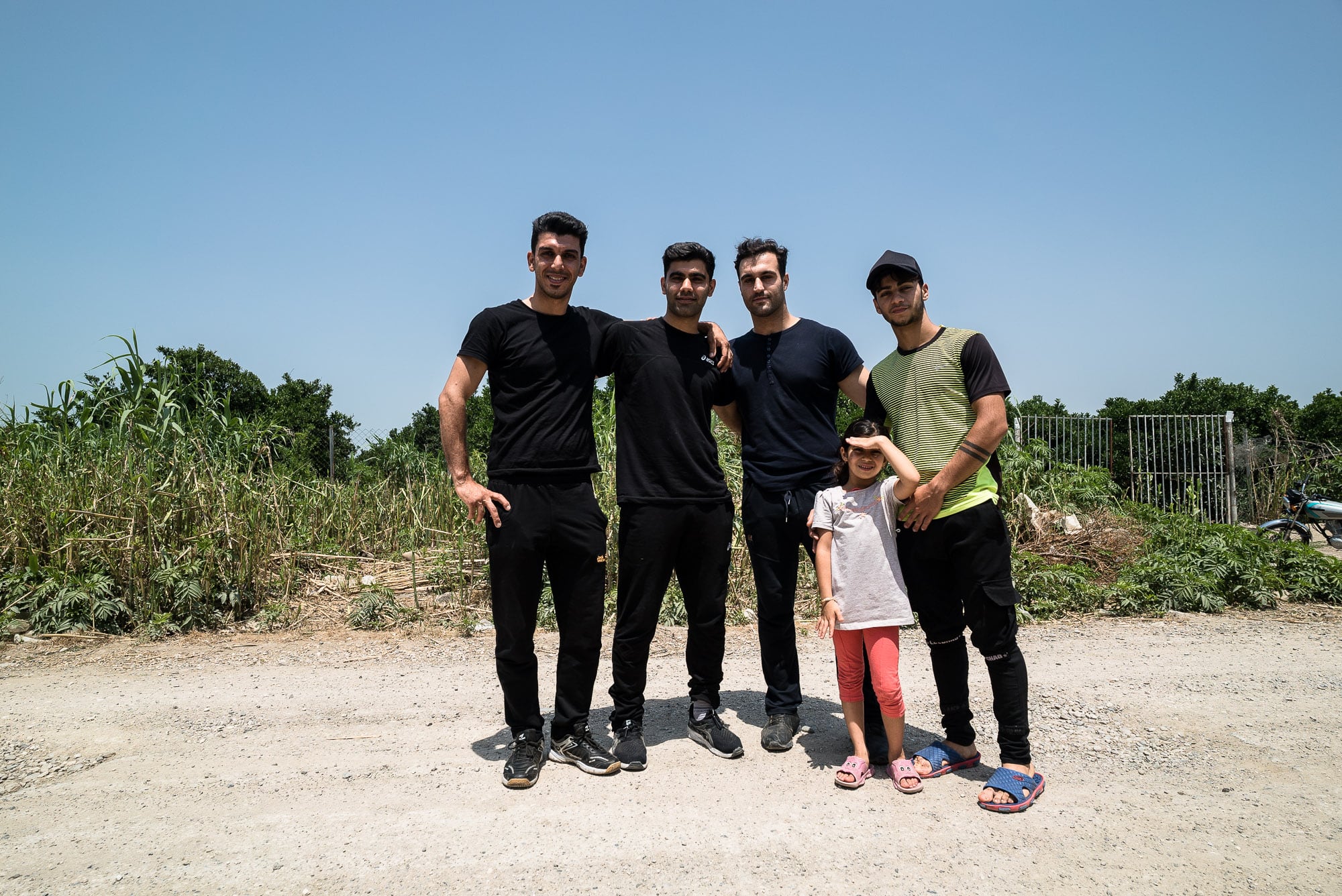 Then I got on a dusty path next to a body of water: 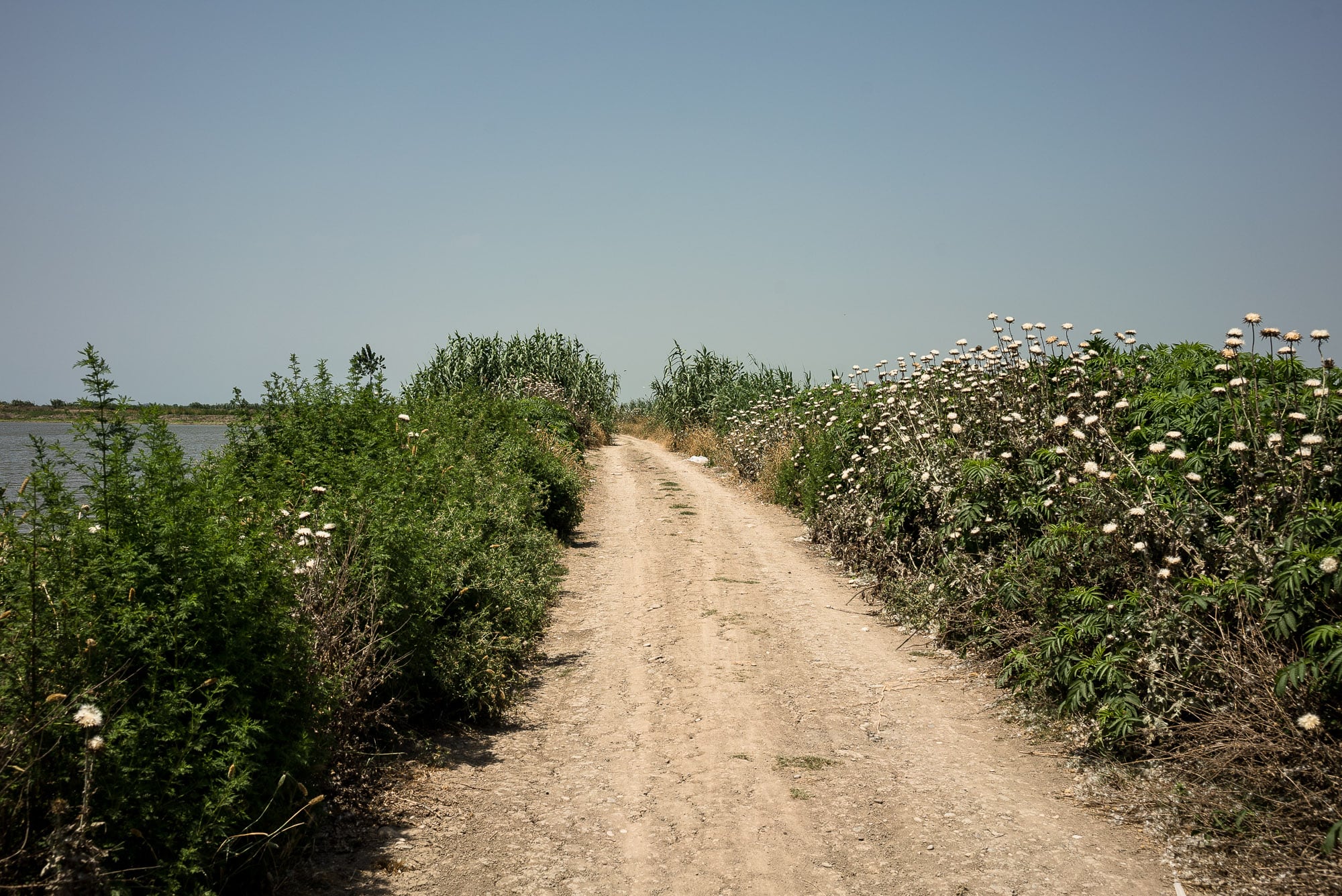 “The Caspian Sea!” said the Caboose. But I knew it was just a reservoir: 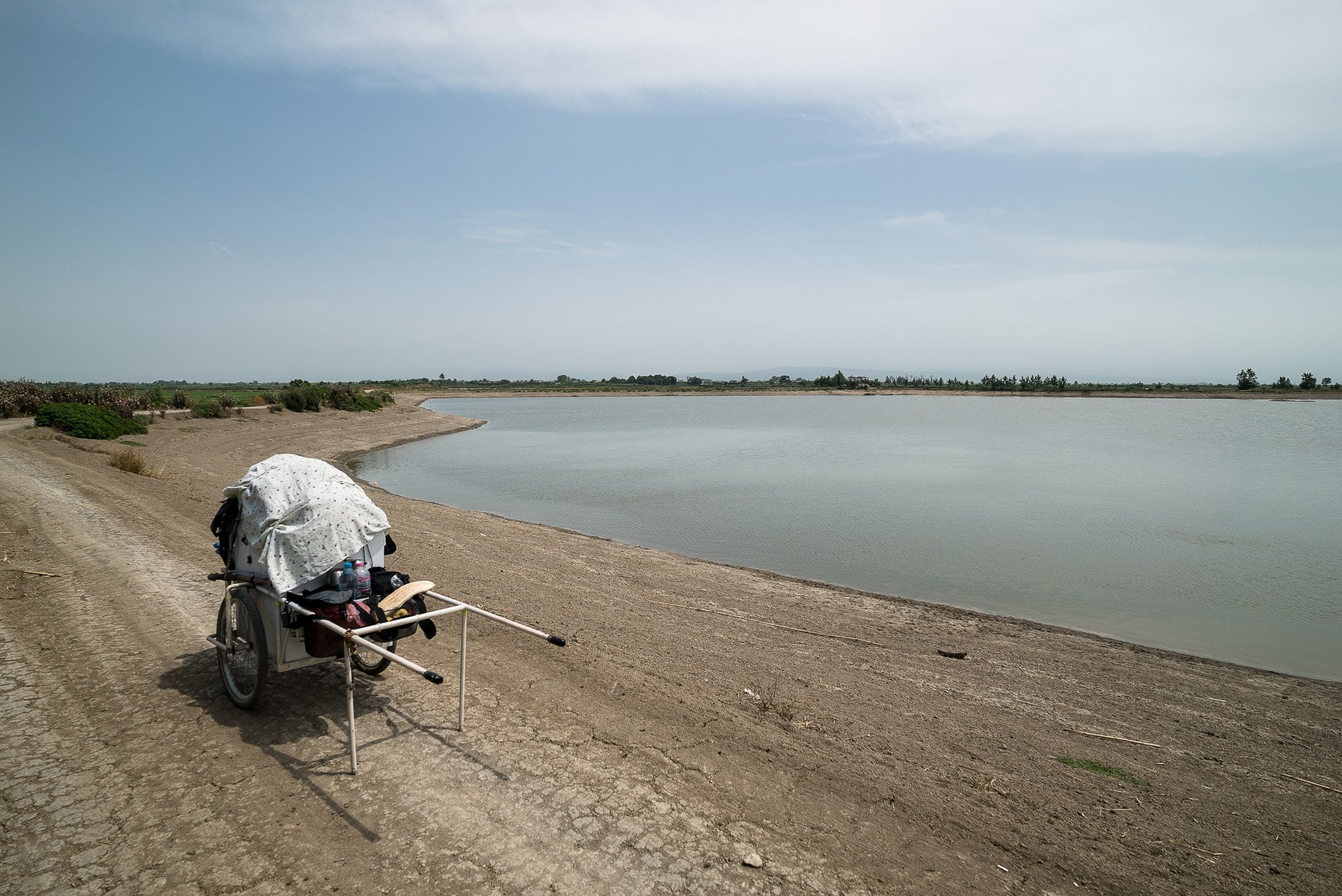 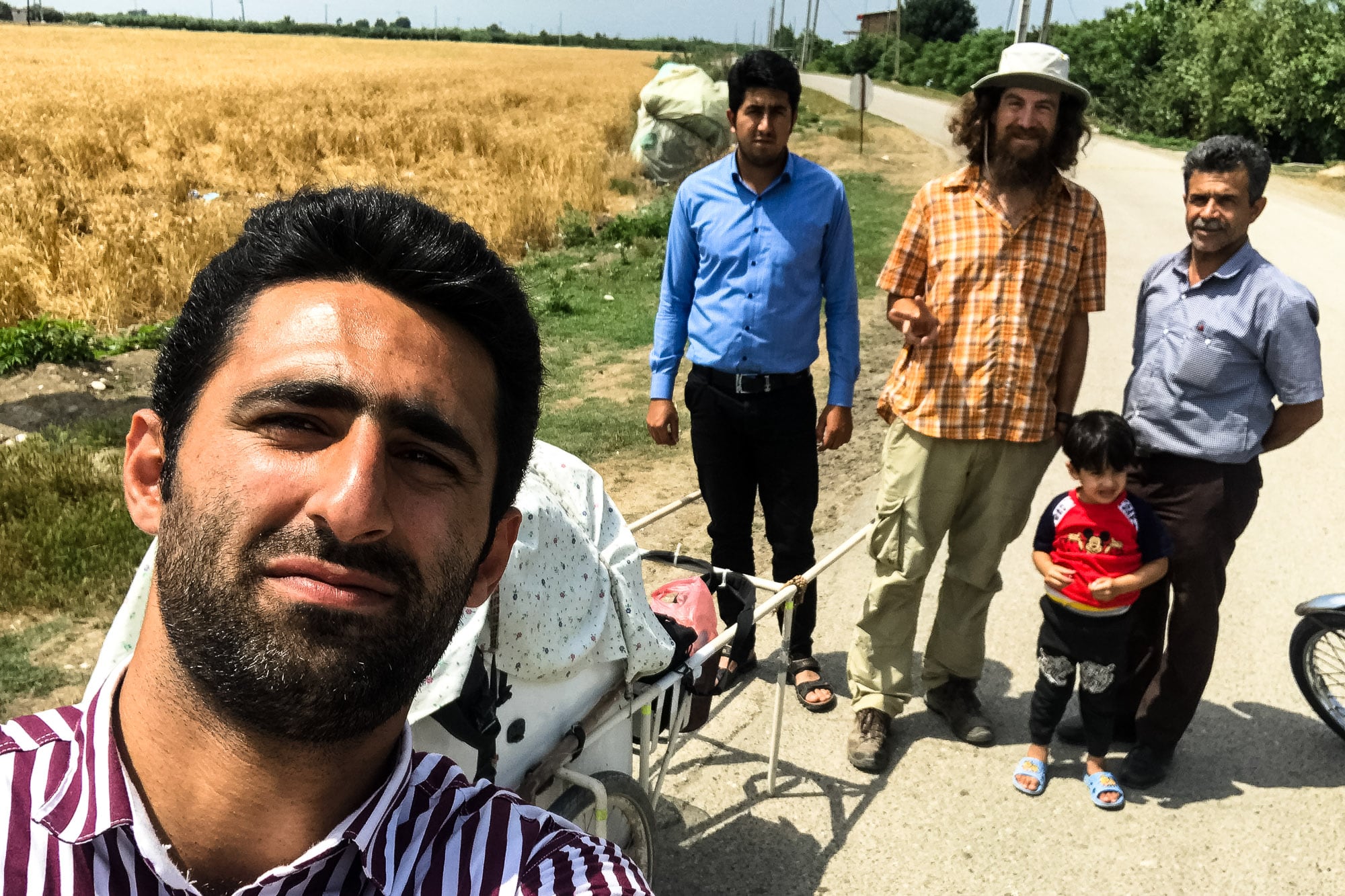 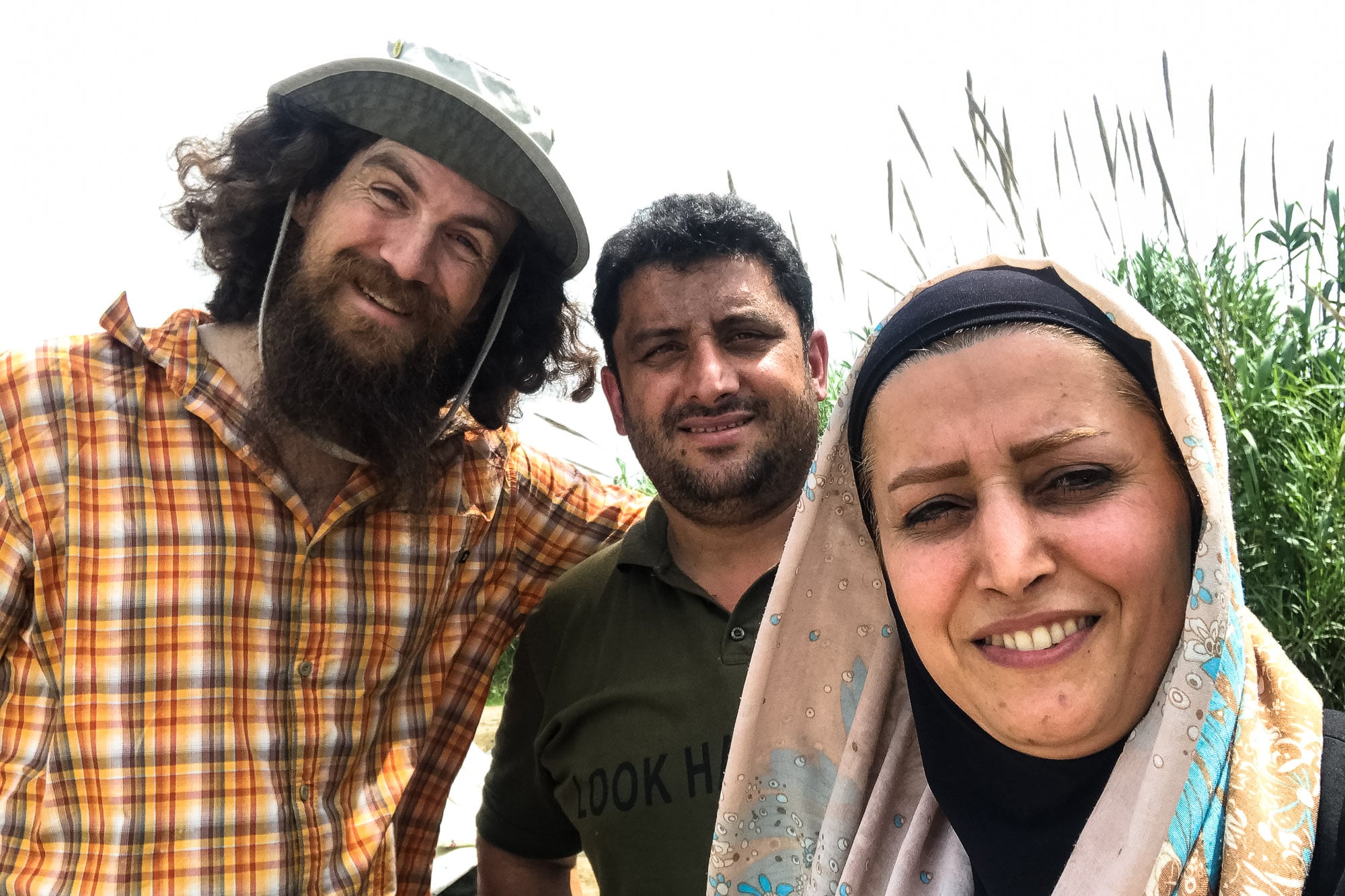 I found a nice resting place under some trees, I think they were orange trees: 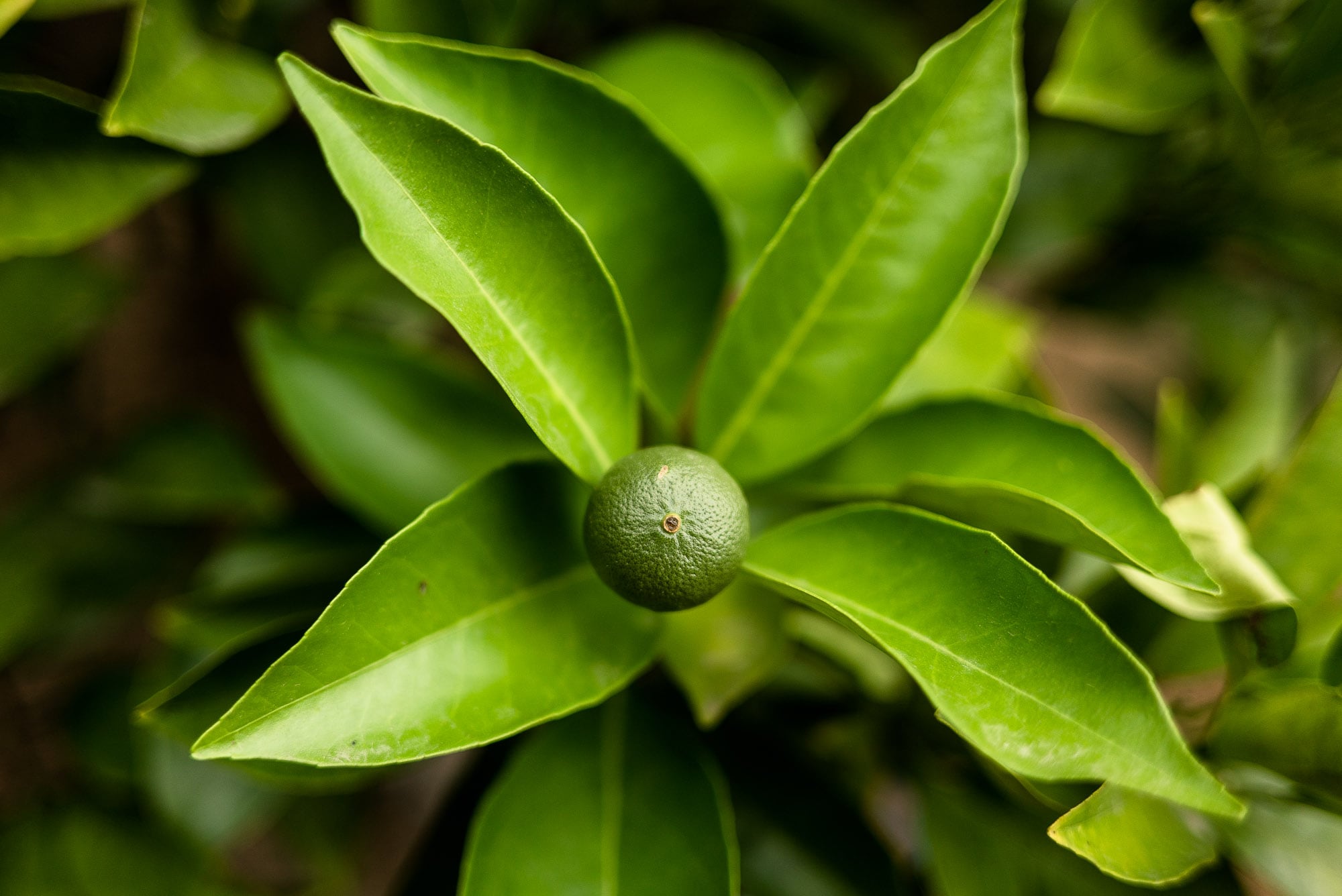 And they were full of snails: 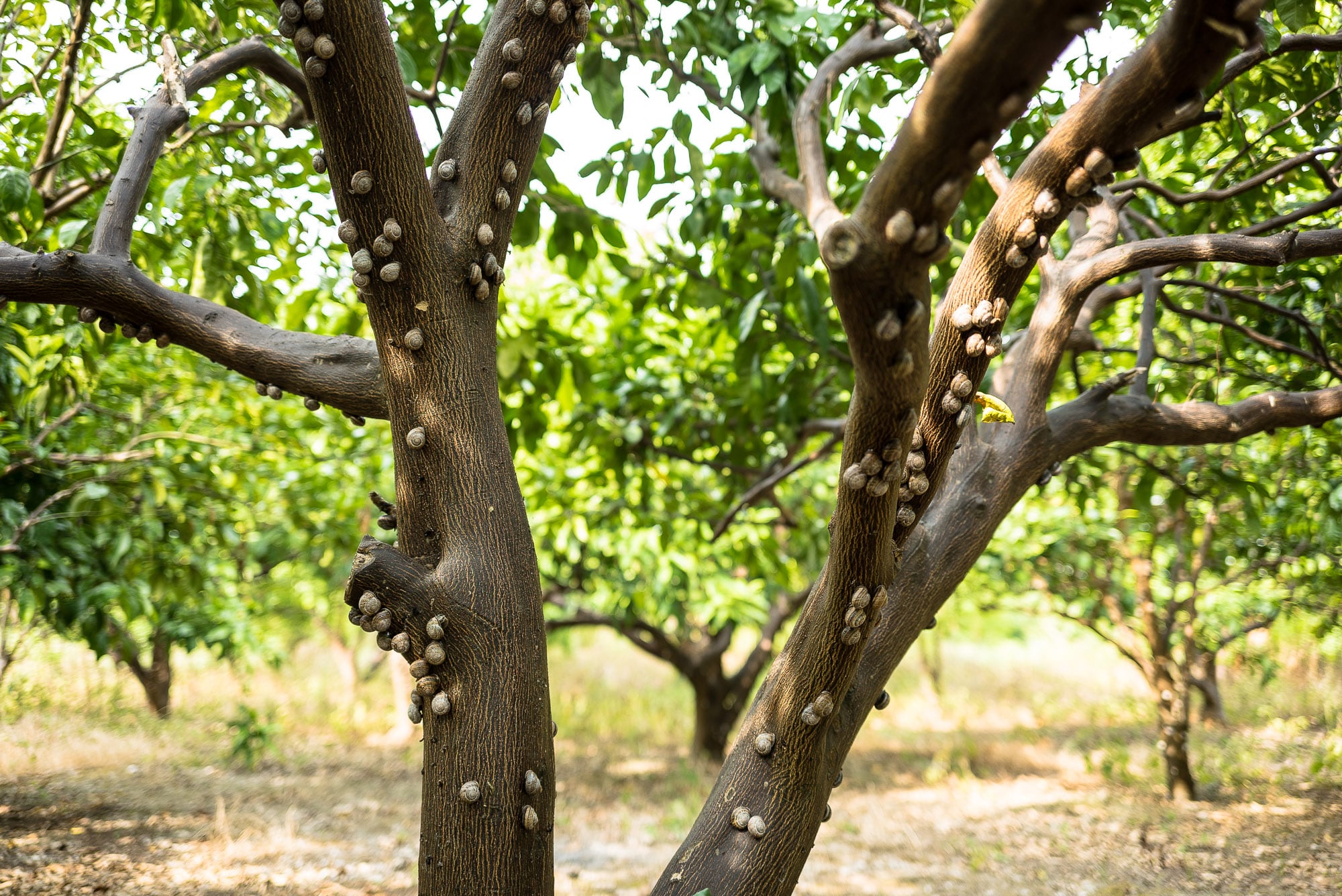 Some of those snails seemed to be quite adventurous: 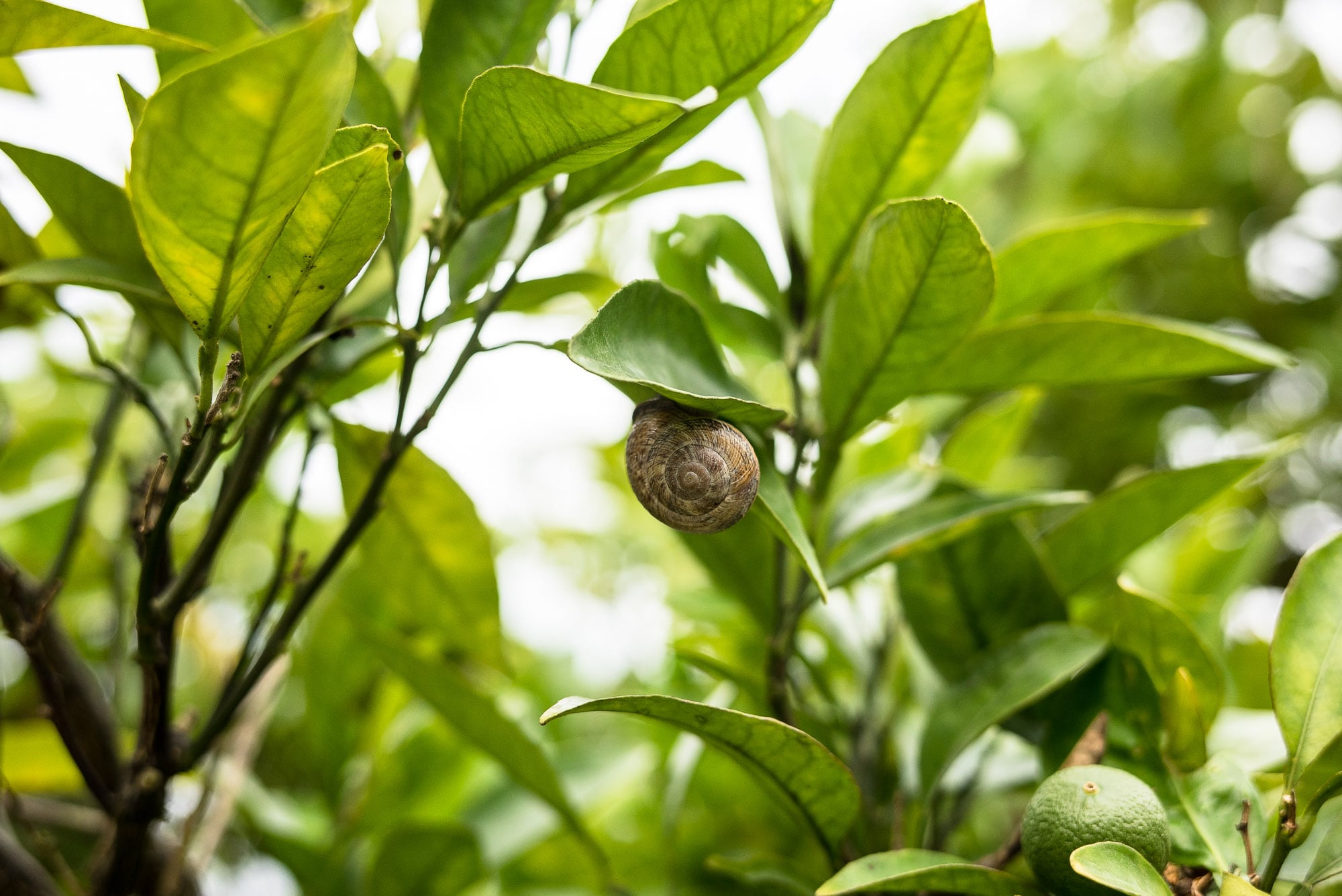 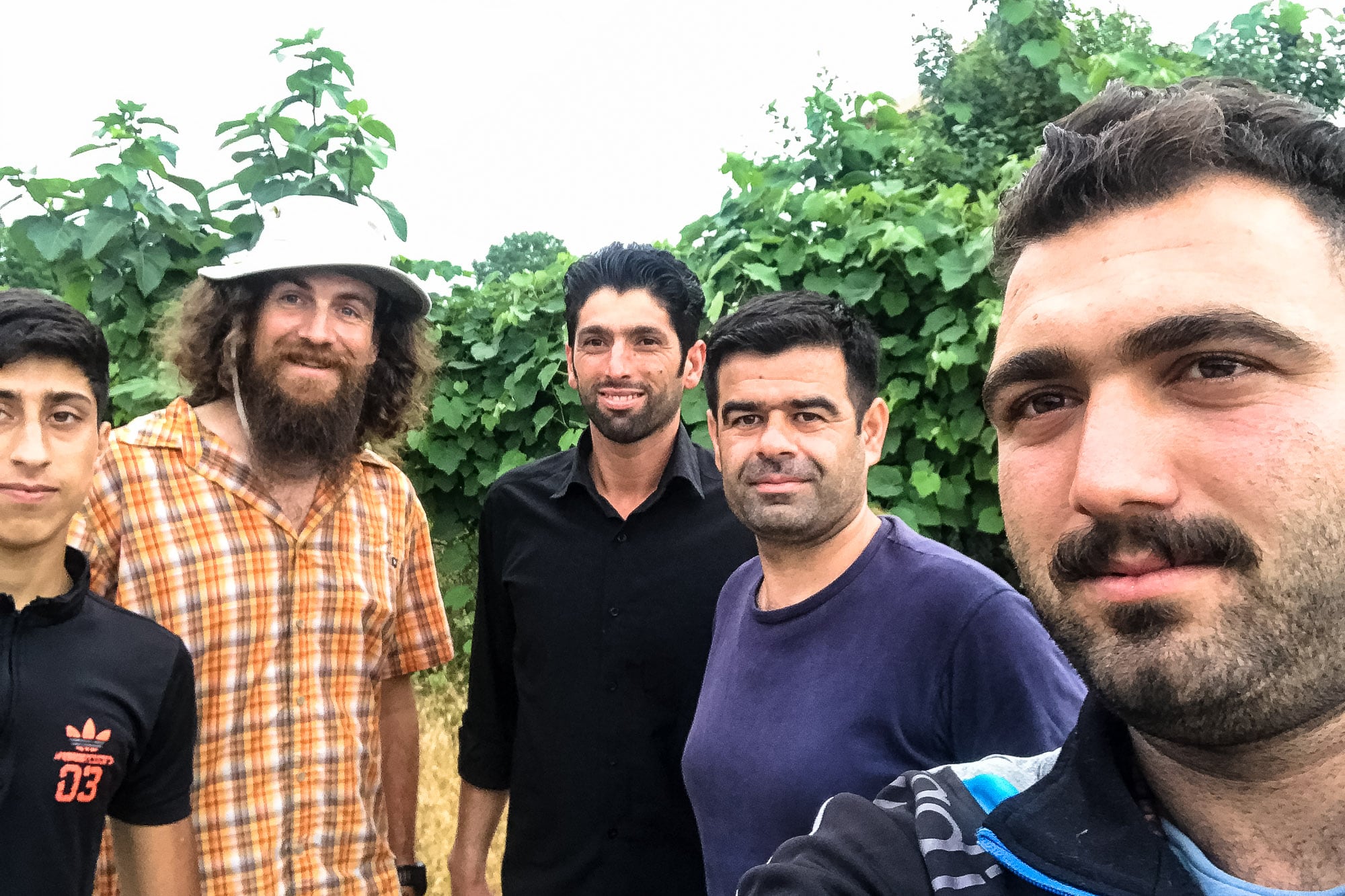 And then, when I reached Juybar, there was a disappointing sight that was sadly all too common on my way: 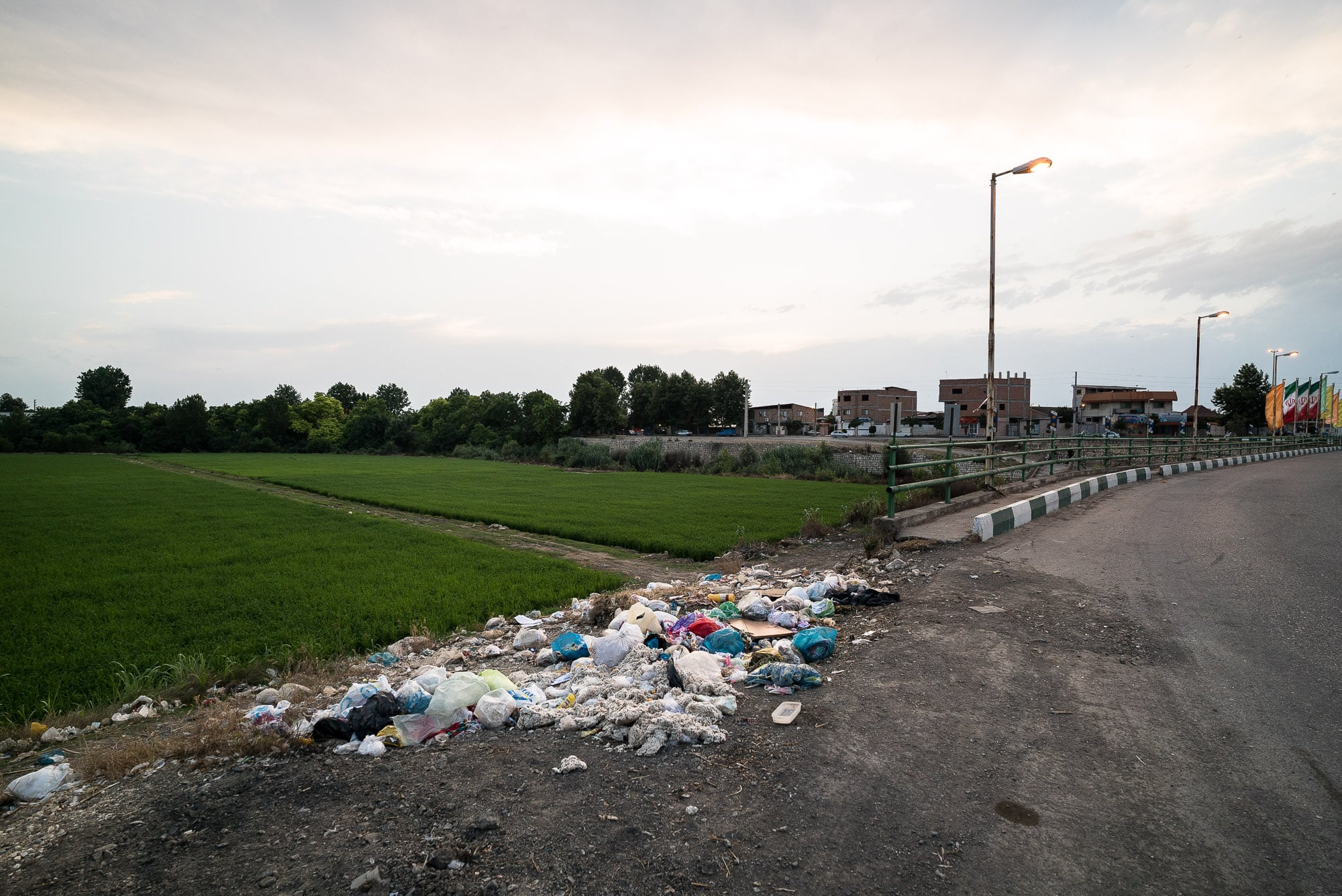 I had kebab that night in a famous kebab restaurant called Zacharia’s: 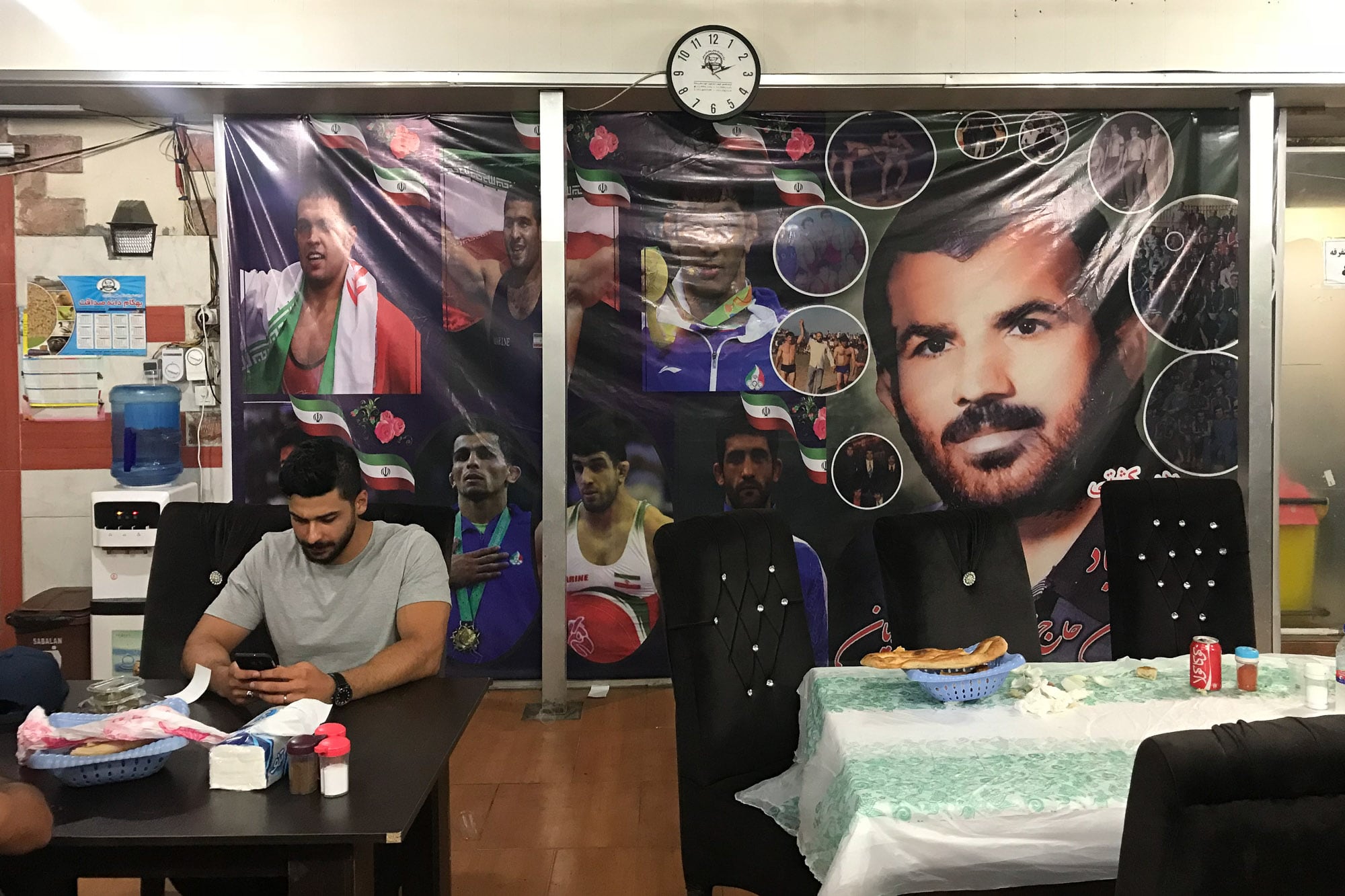 I’m not a big fan of kebab. But it was awesome.