Today was going to be another short walking day. Kordkuy, the town where I wanted to spend the night, was less than 20km away.

However, walking along the highway didn’t feel very easy at all. Rarely was there a moment like this one where there were no cars or trucks or motorcycles roaring through my pictures: 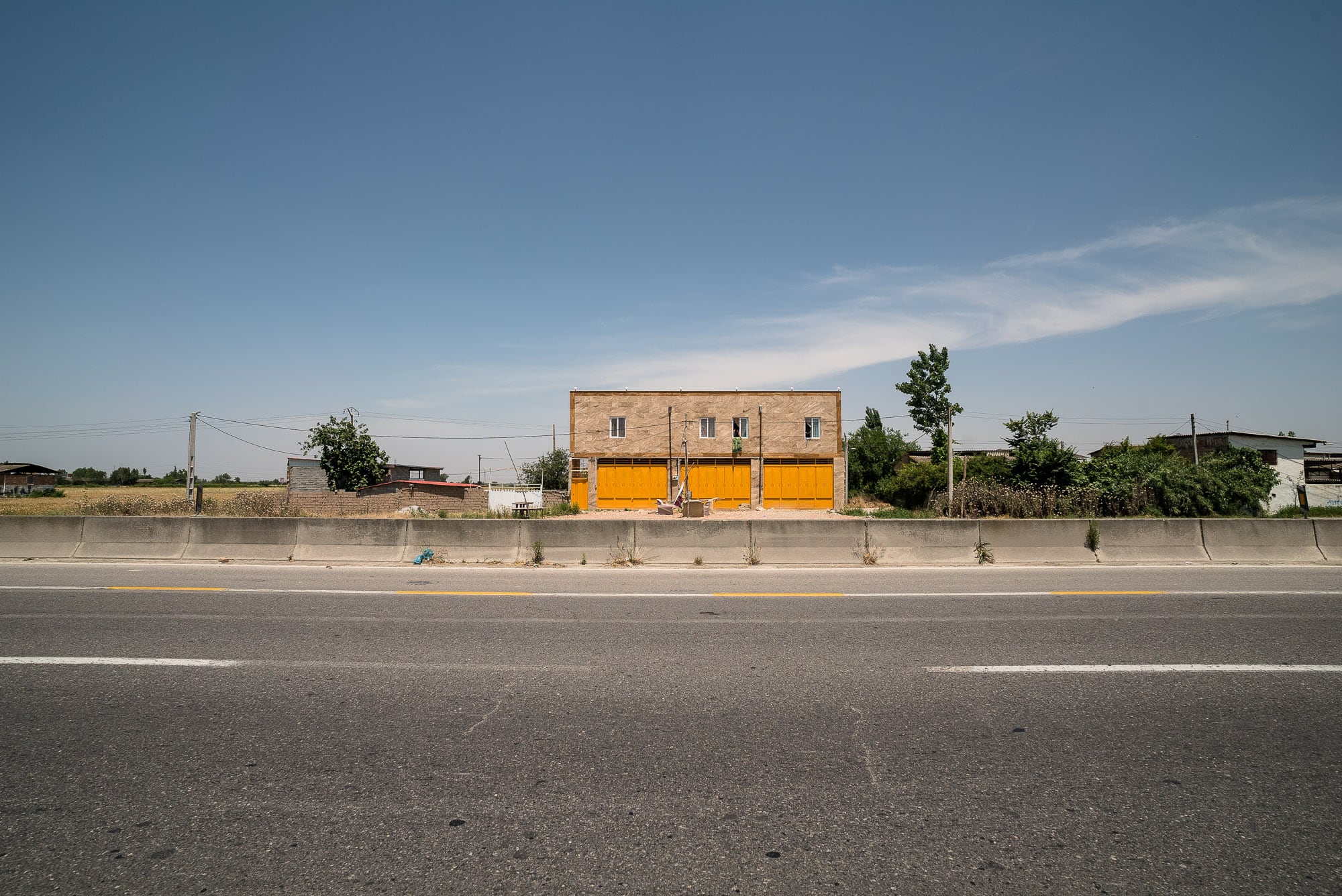 I walked for two hours, then I rested in my hammock under a tree, just like the day before. Except there was a little tree behind the two big trees that were holding up my hammock: 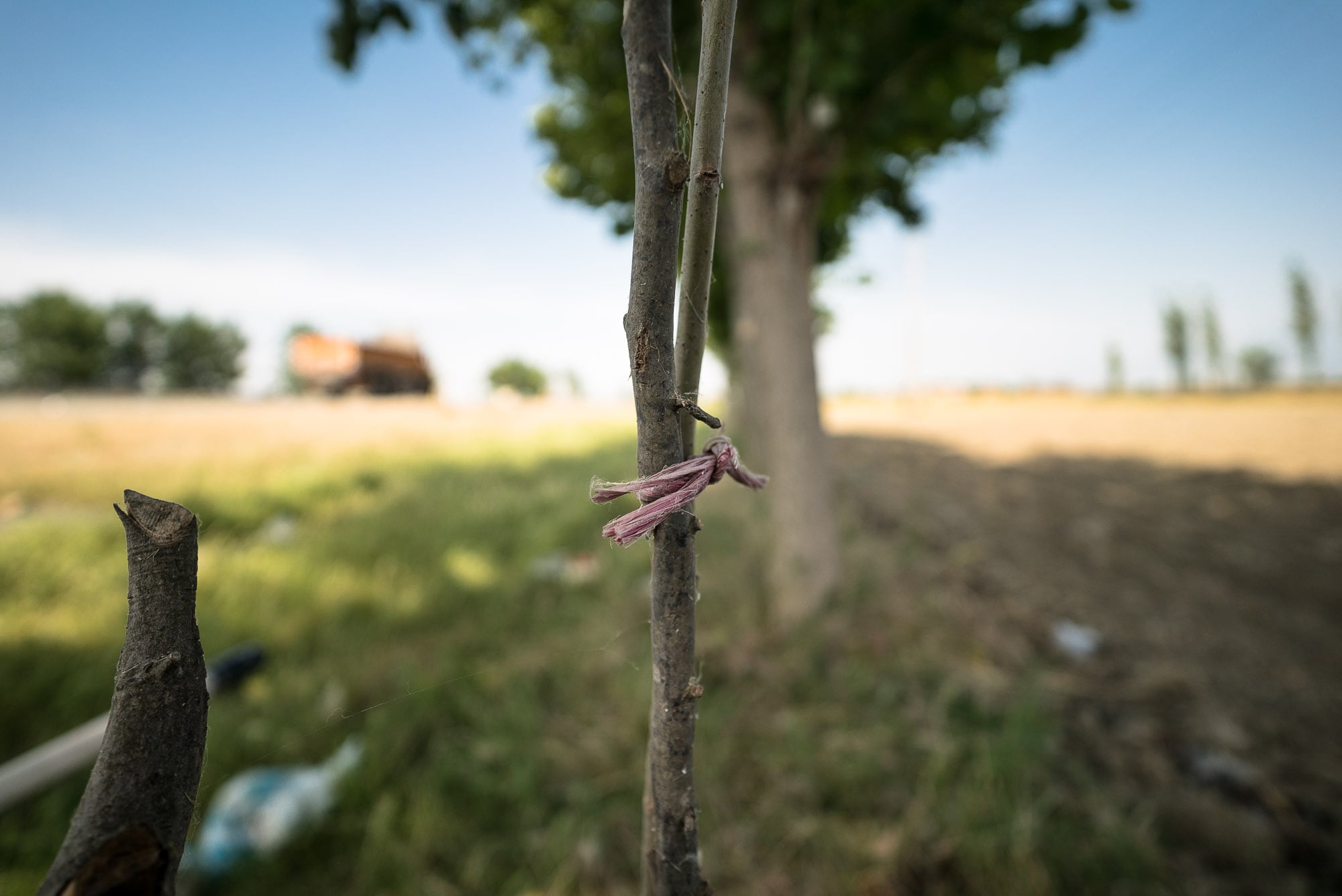 I found a way to rest without touching the little tree, but nevertheless two people stopped to tell me that I should be careful not to harm the tree. I liked that.

It was just more highway after that.

Sometimes I would turn my head towards the side and see something nice, like a flock of sheep: 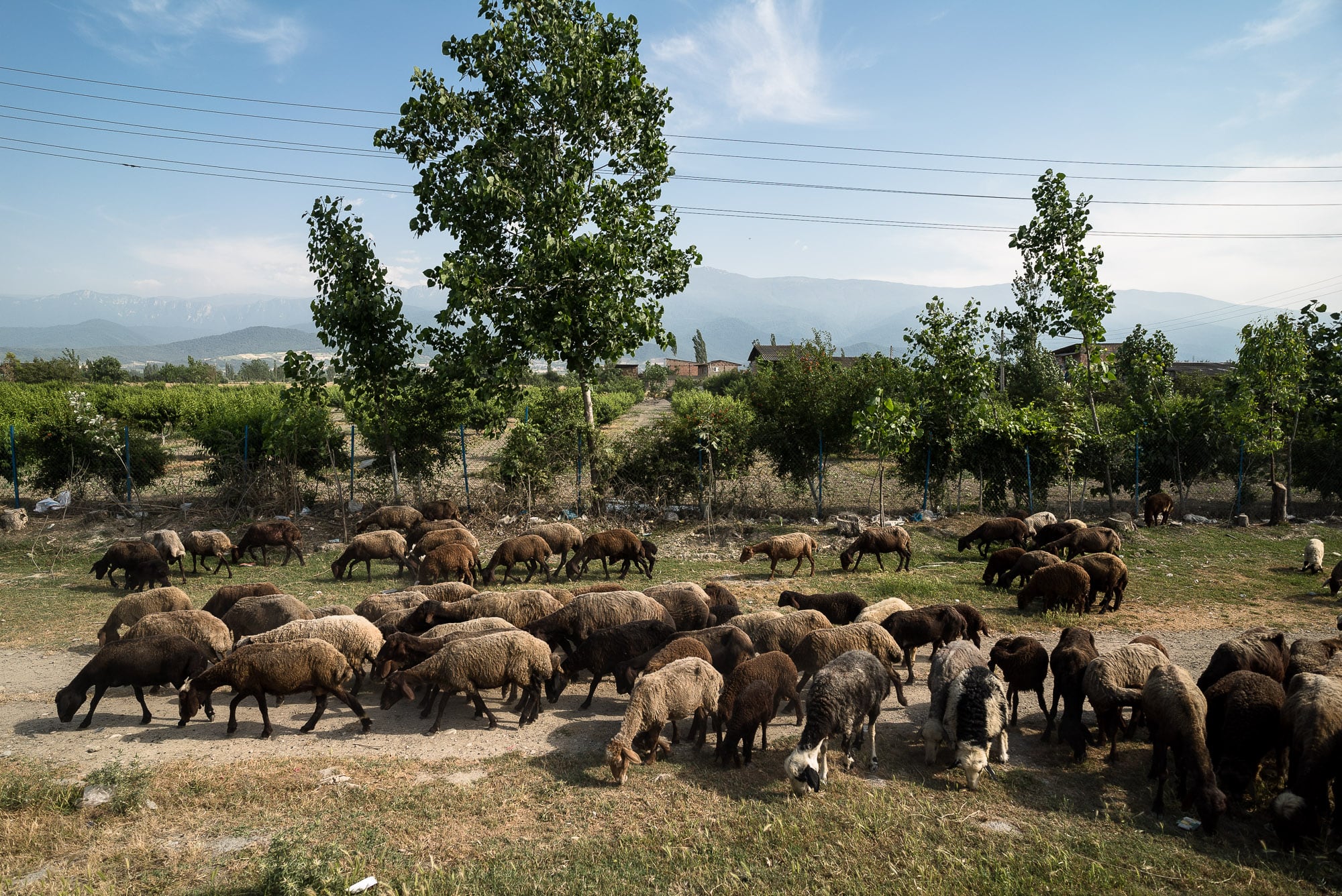 Or a lonely horse: 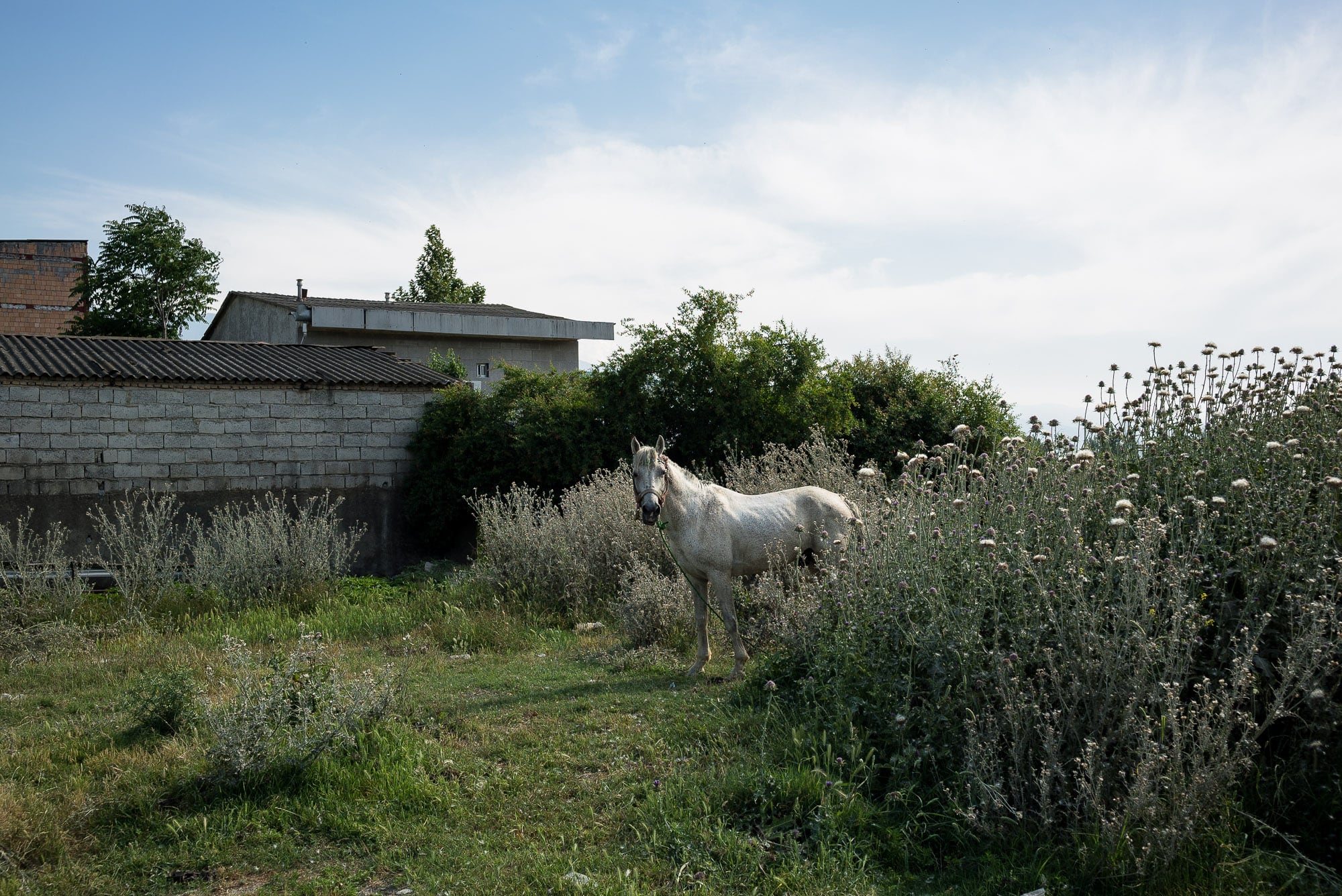 Or a road that led into the mountains: 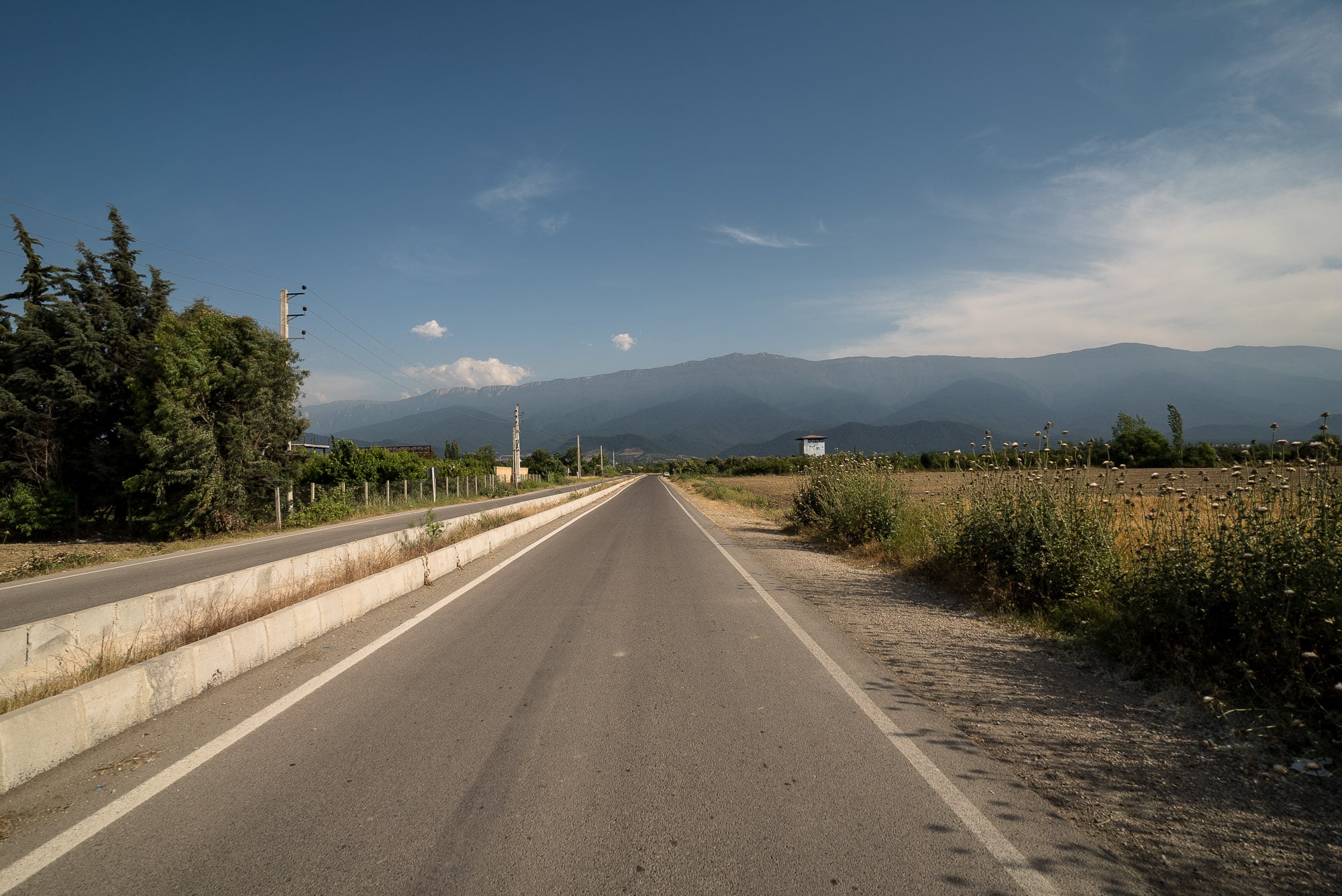 It was a quiet road that I, sadly, was not able to take (because it didn’t lead in the direction I wanted to go in).

I decided to buy a bunch of tomatoes, apples, and little apricots: 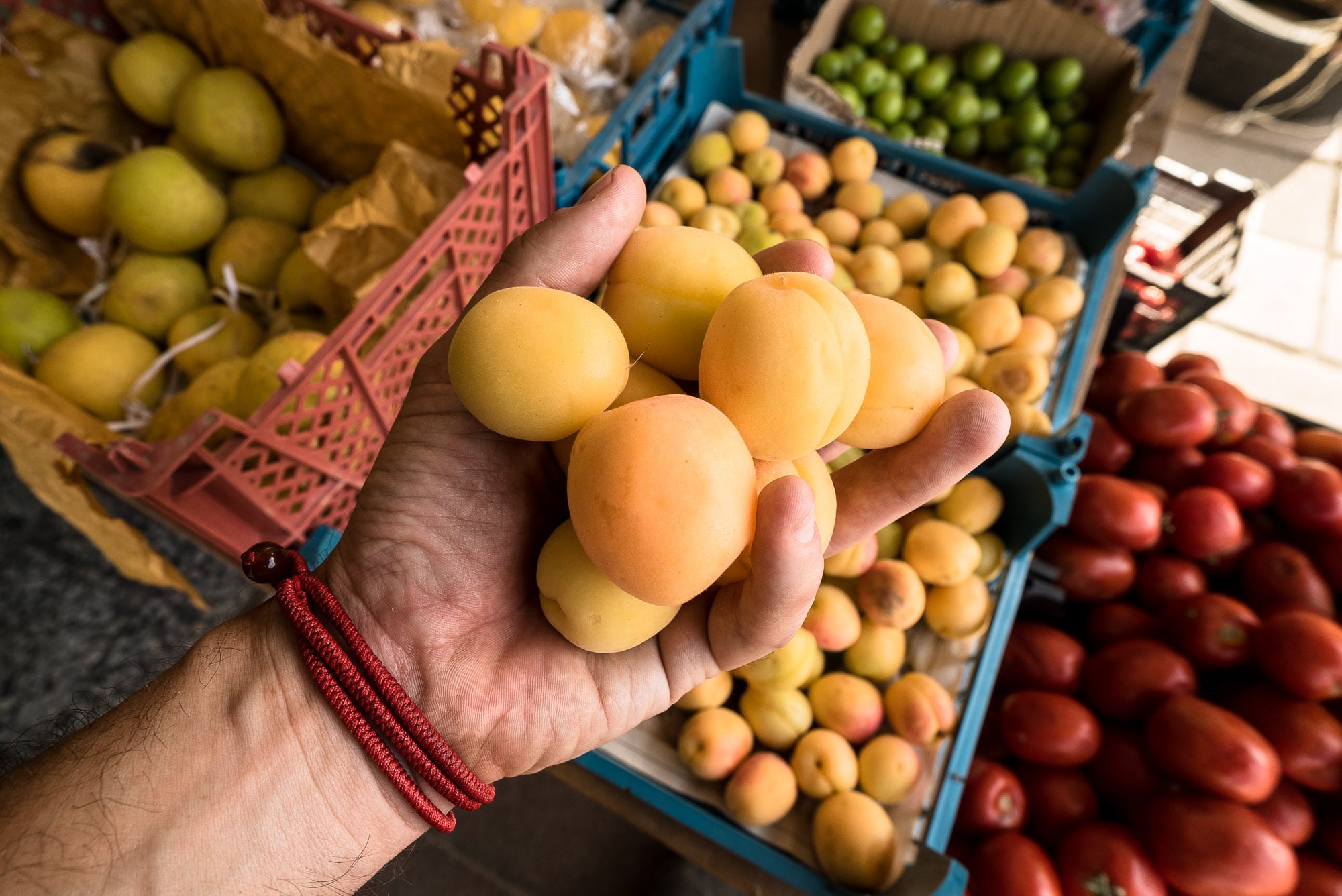 This cheered me up a bit.