It had been a good night until five thirty in the morning, when a rooster started doing his thing right outside my door.

Musa, the father of the family I had been staying with, gave me some bread and some eggs and some tea, and just as I was getting ready to leave, his daughters brought me a drawing and told me they wanted me to have it: 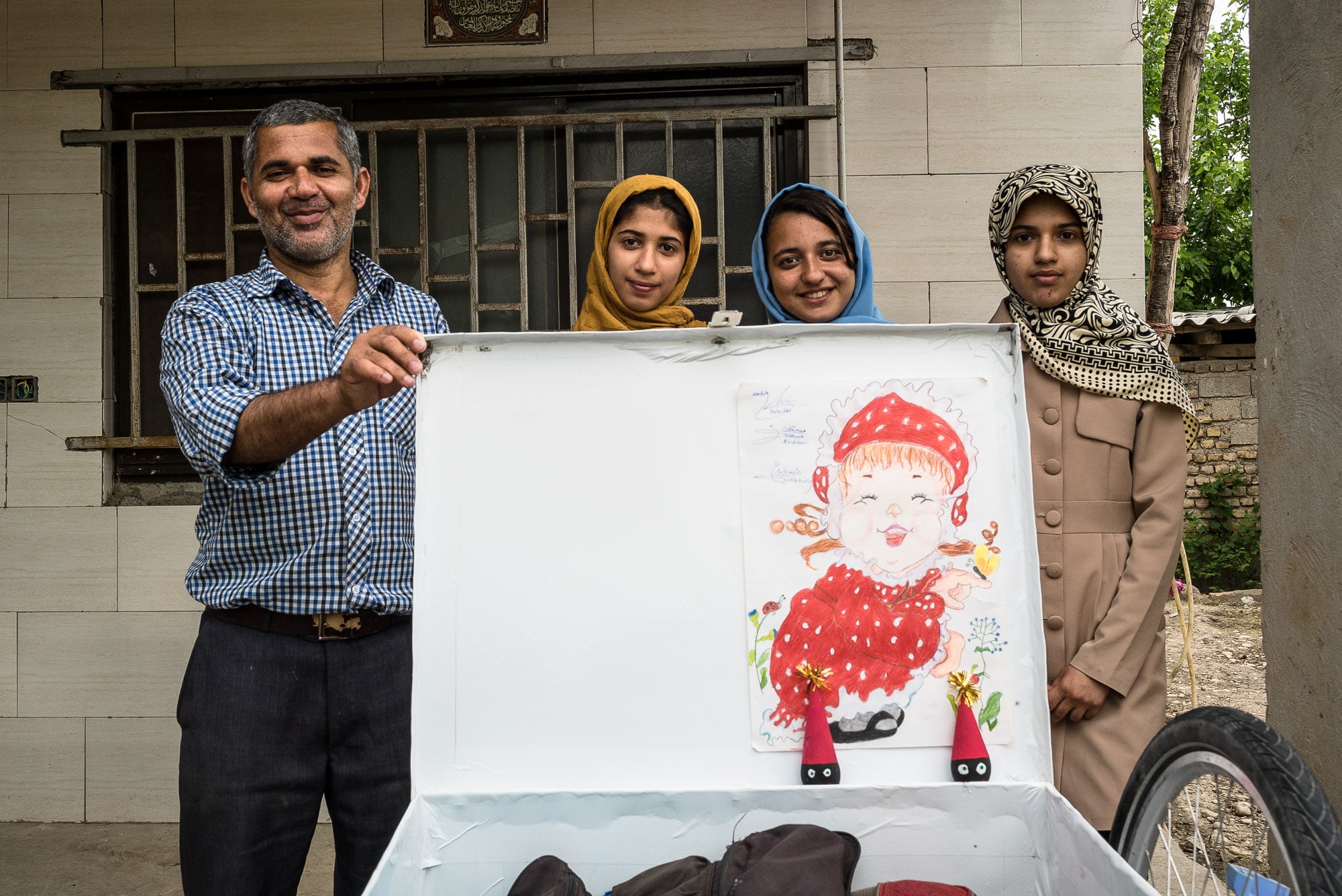 It is in the Caboose now.

I left the little village, walking past this little dude: 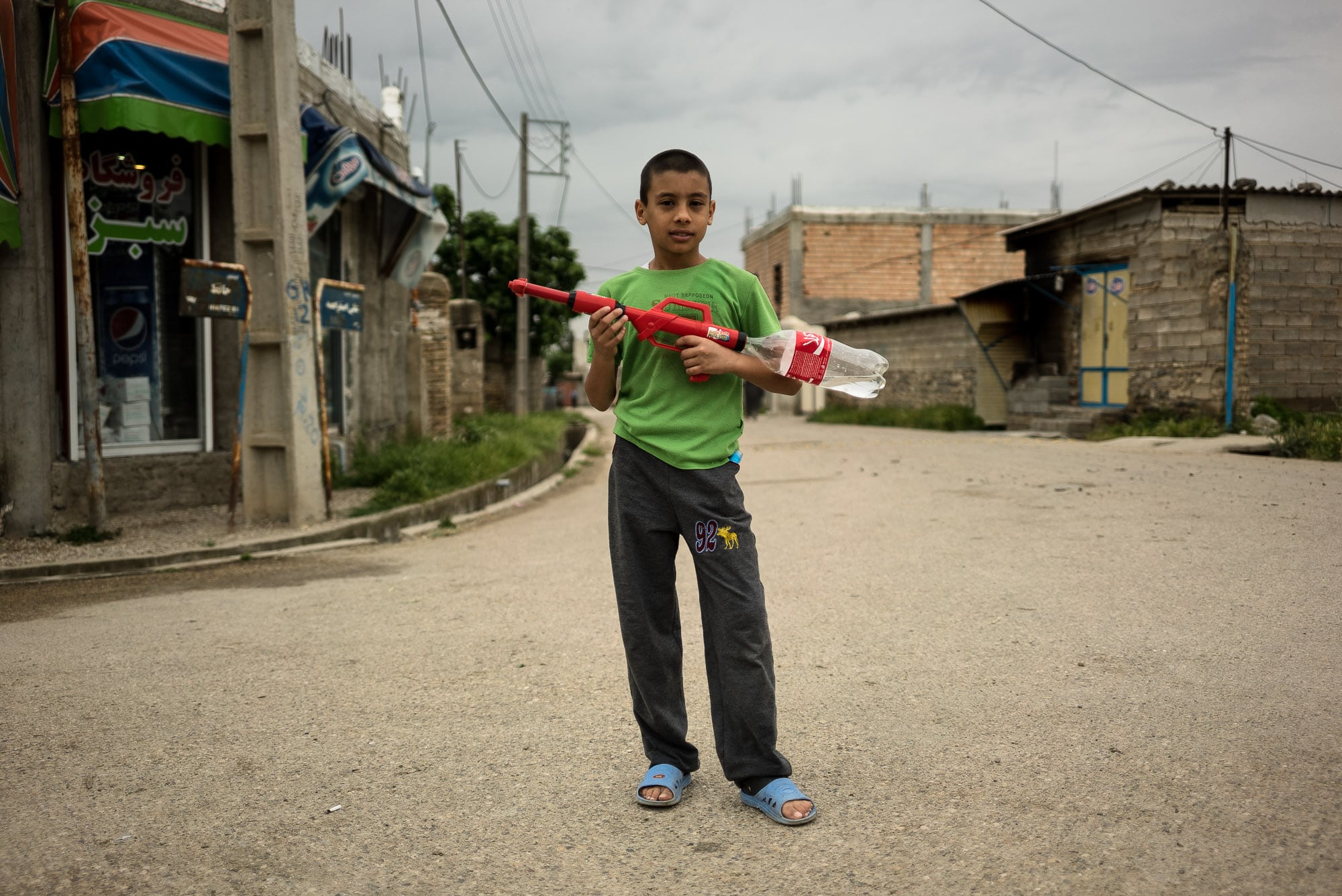 And soon my entourage from the day before showed up again: 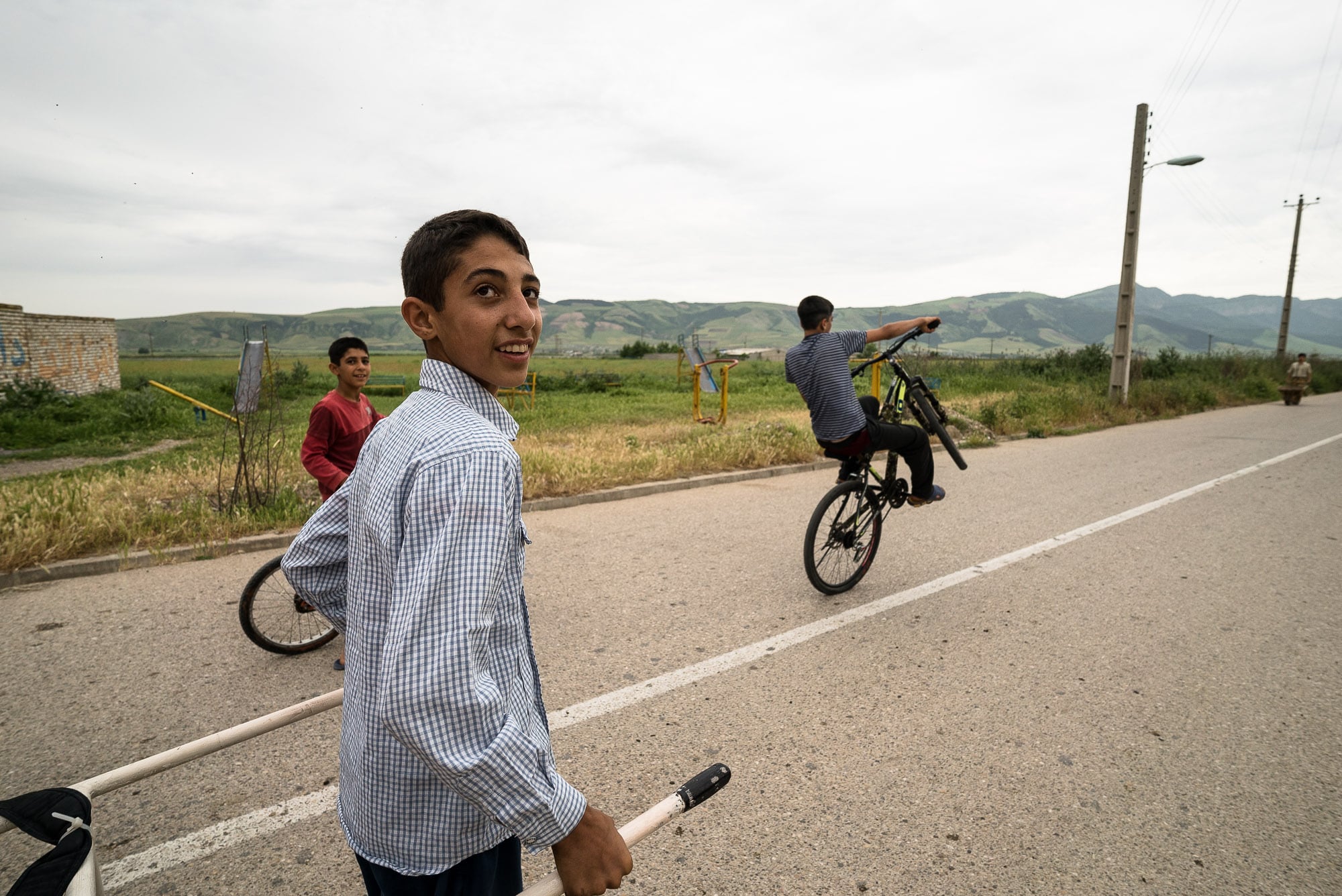 Then I was out on my own again.

I took some photos of the Caboose under two Iranian flags: 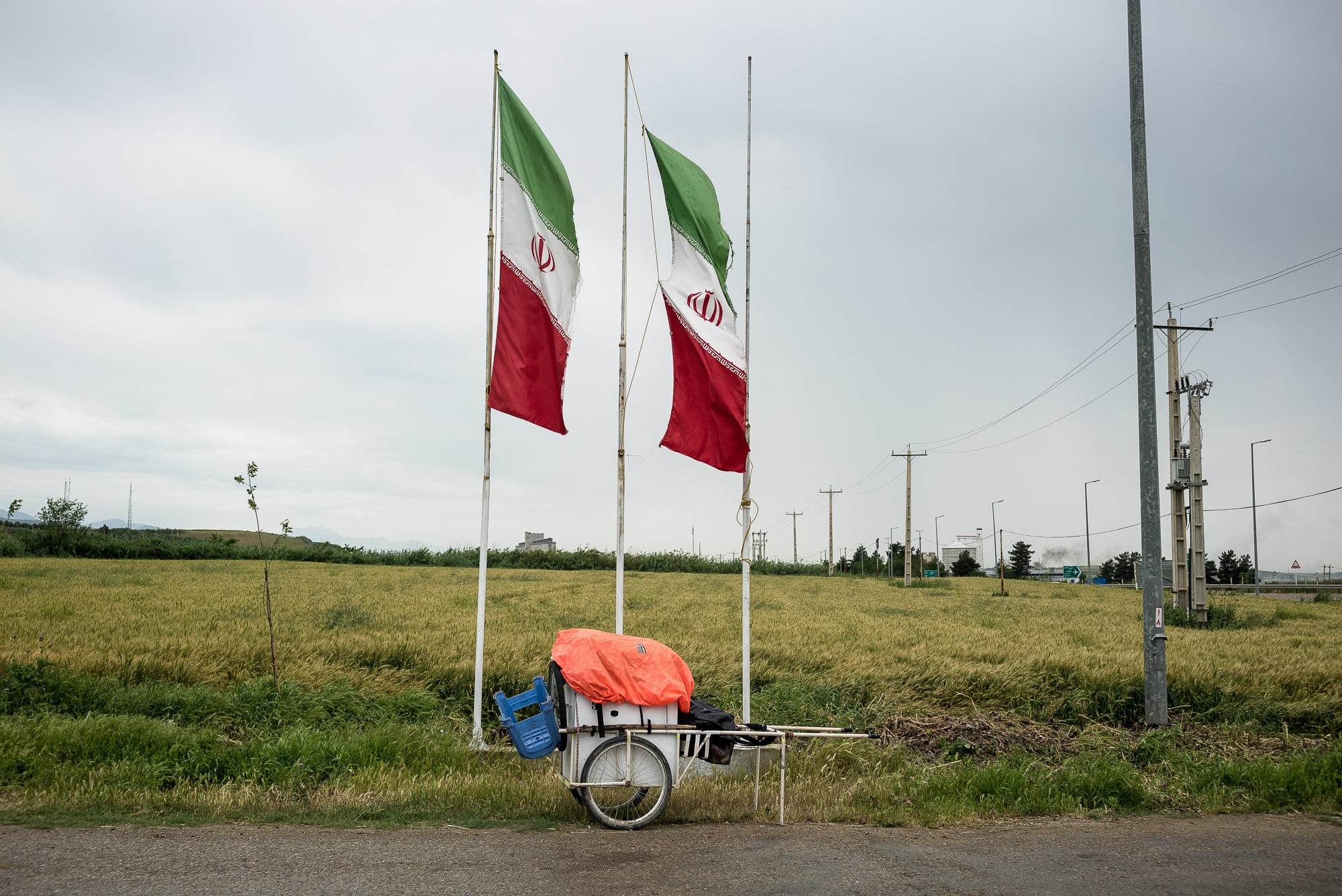 And just as I was getting ready to take a photo of myself, these two gentlemen showed up and asked for a selfie: 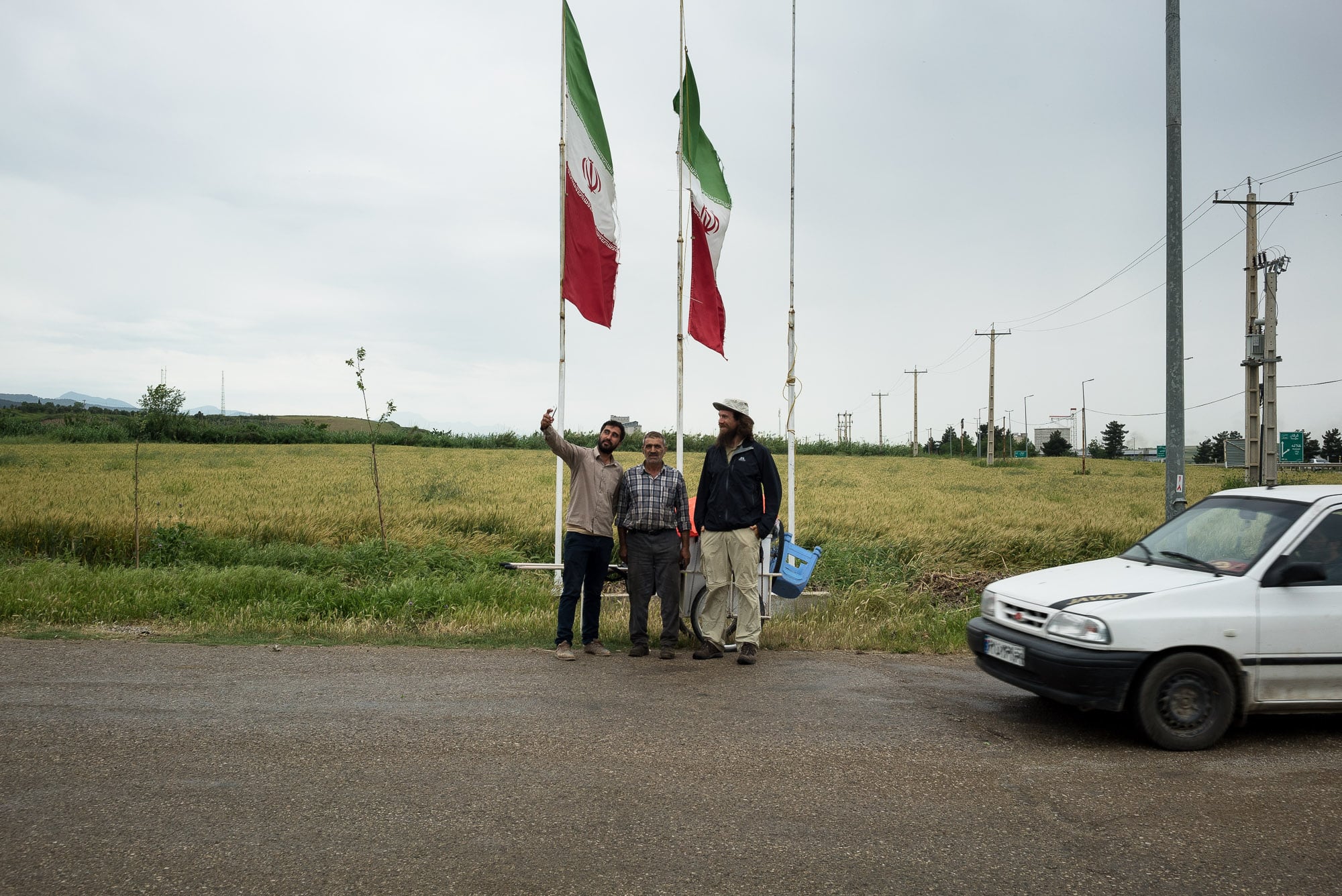 So now I have a selfie of a selfie.

Oh, and here’s the photo I was trying to take: 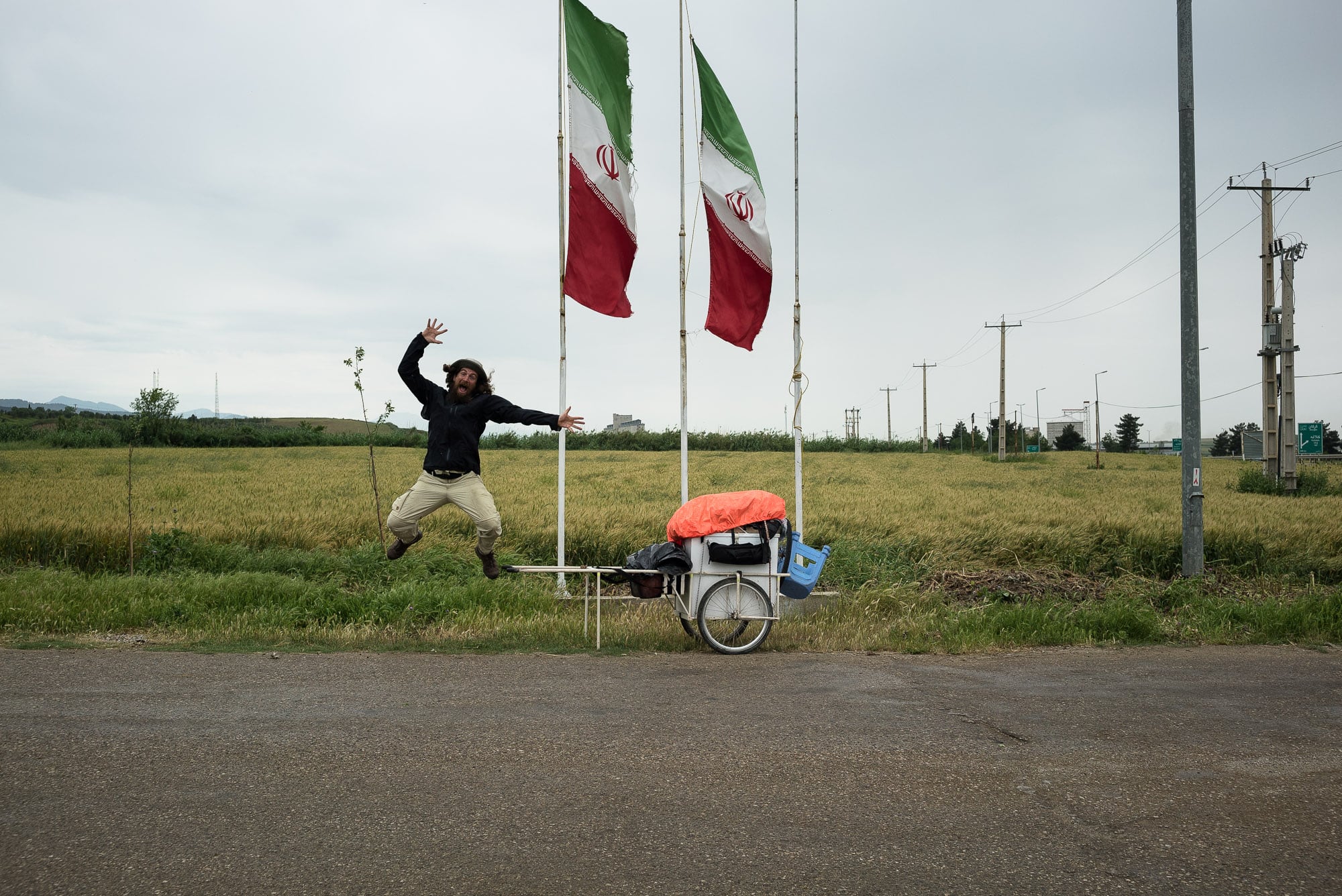 I’m just going to say this: it’s not easy when you’re working with a self-timer.

Walking wasn’t so easy, today, either.

I had to cling to the main road, which was a highway and never as empty as this photo makes it seem: 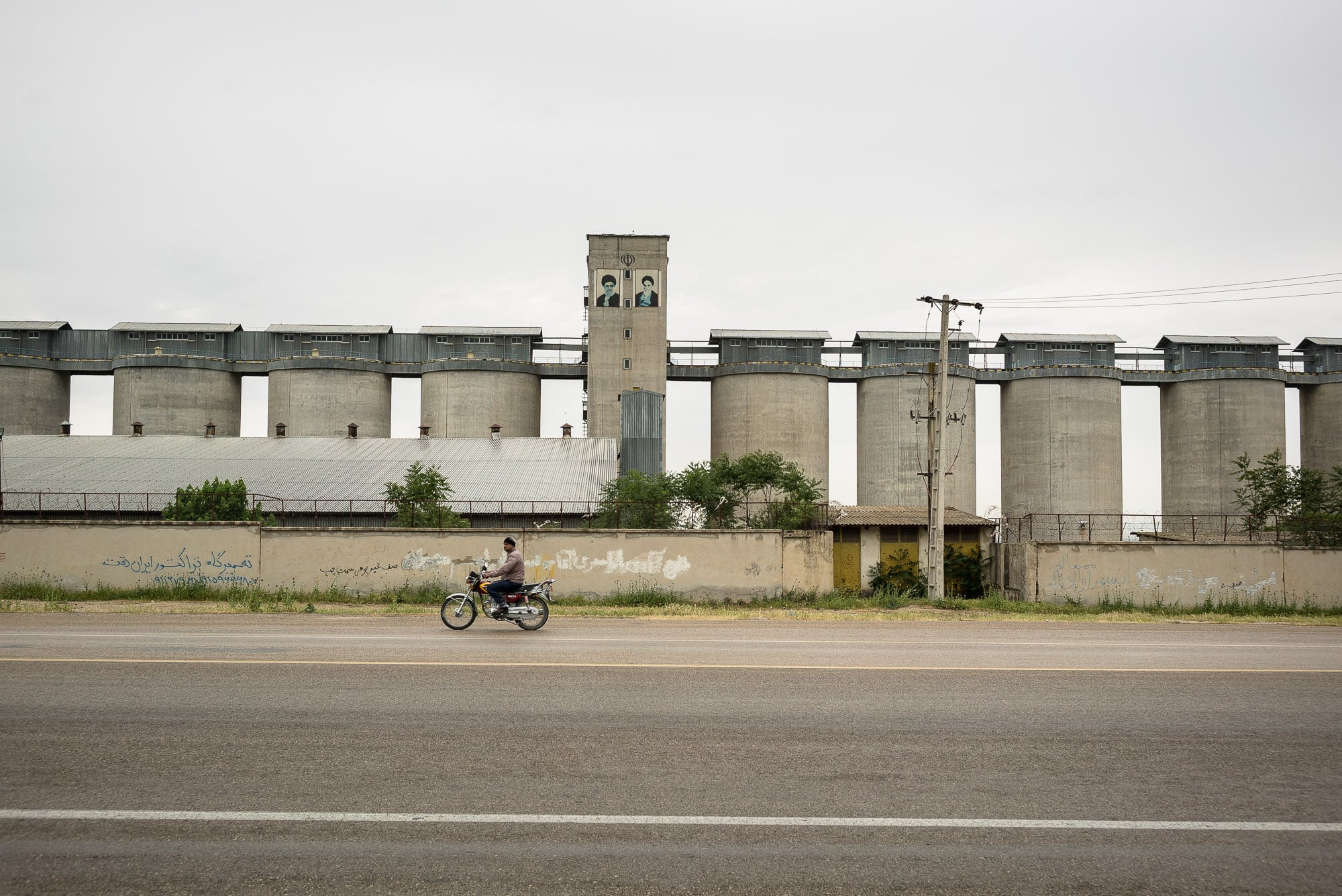 Also, a bunch of flies (or rather, tiny flying bugs) had taken a liking to the rain cover on top of the Caboose: 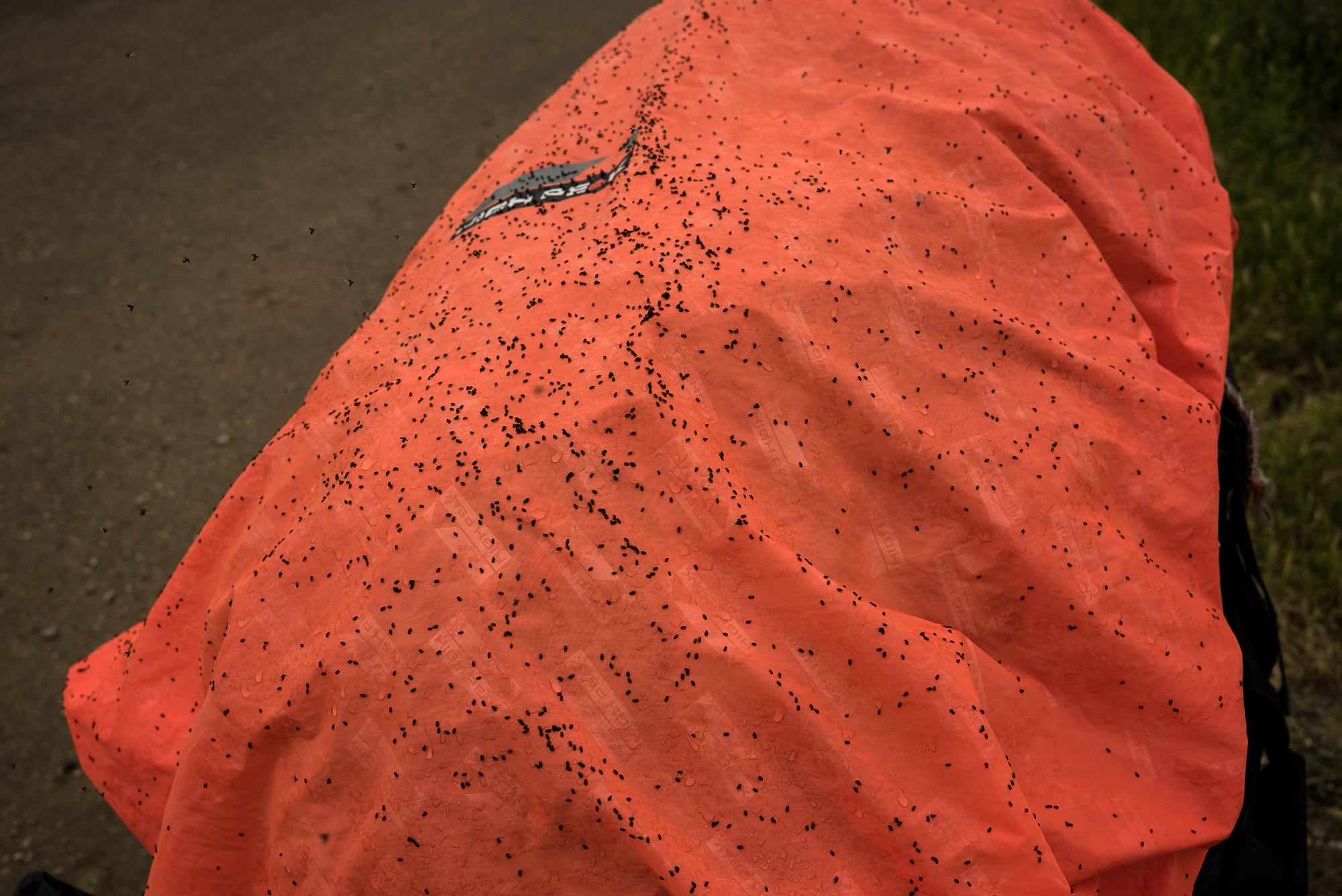 All of this was overseen by the Ayatollahs, who looked on from murals and posters on every corner. Sometimes I had to look twice because they initially seemed to be presenting men’s fashion: 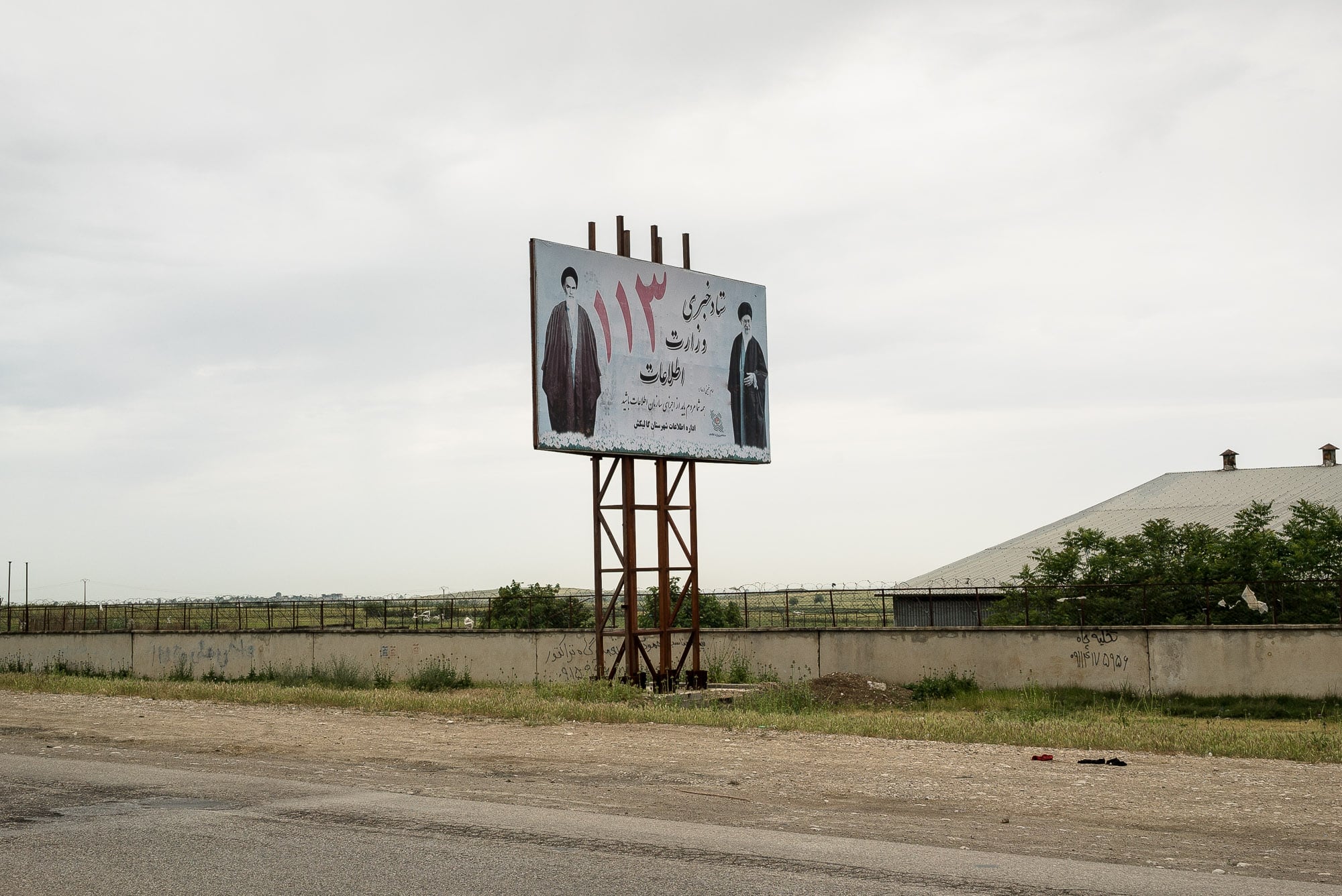 I had lunch in a small town and chatted with Benjamin, who spoke excellent English: 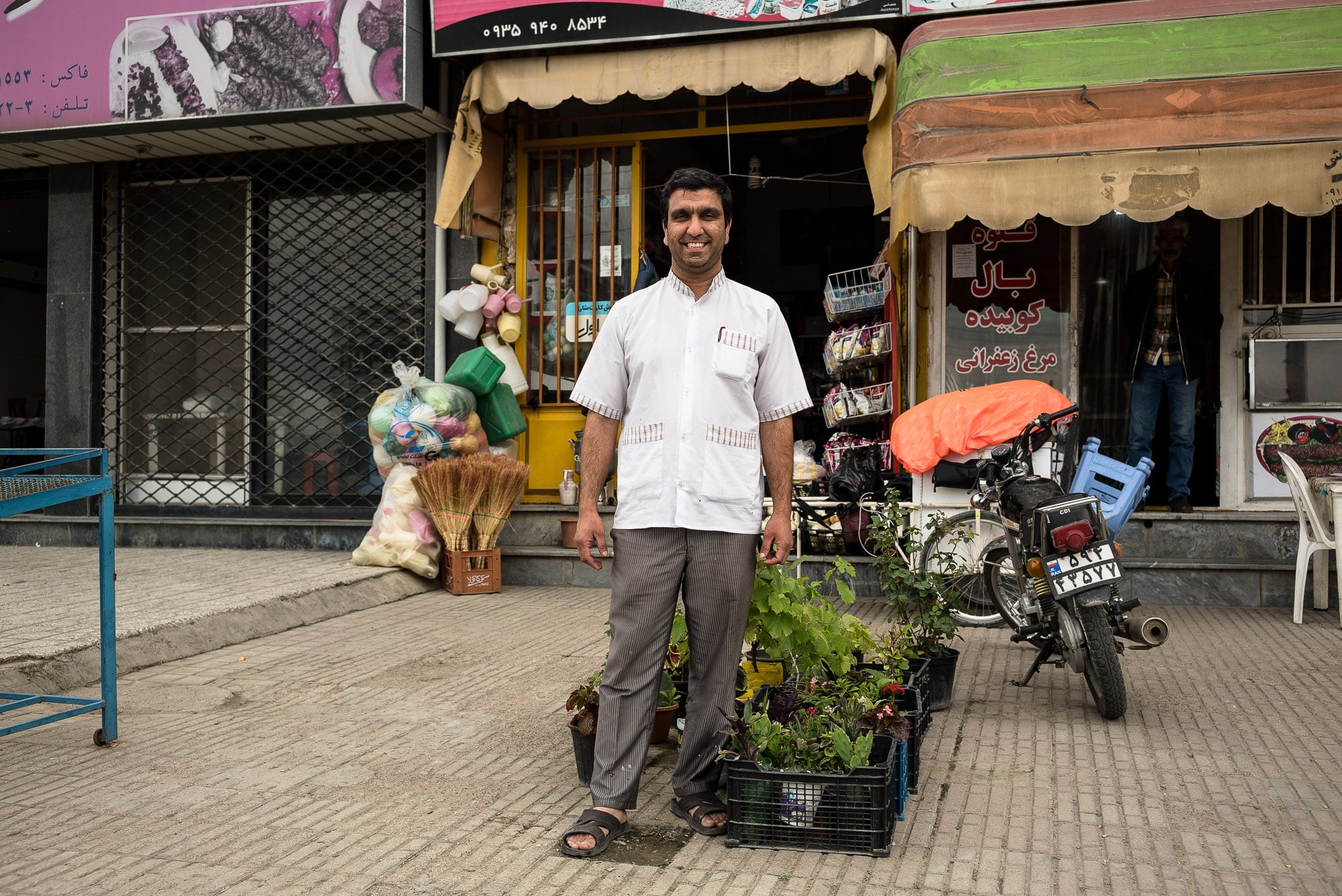 Then I ran into Ben, who was English: 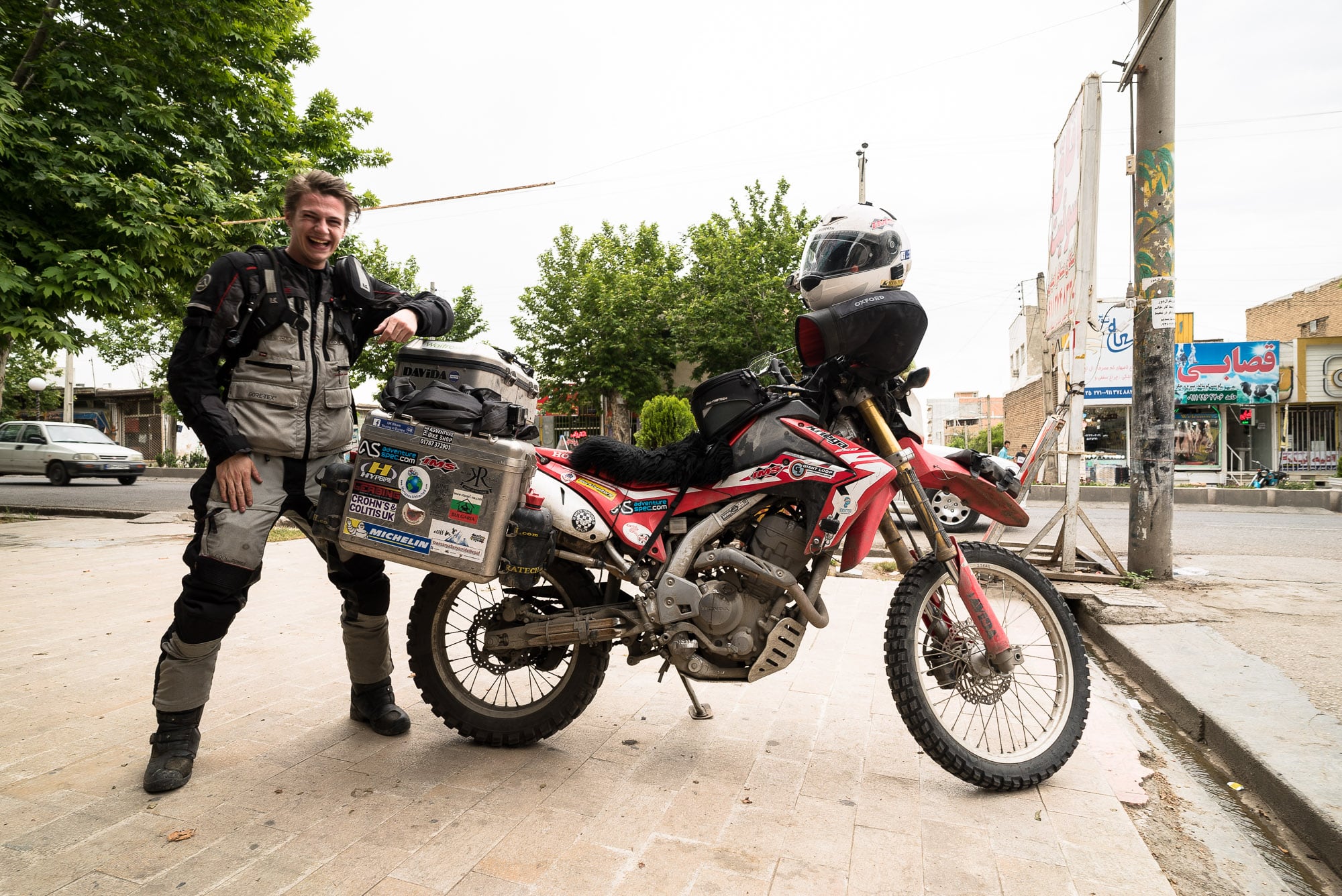 He was riding his motorcycle around the world, and he was going to reach Bojnurd later today. I almost couldn’t believe it. To me, Bojnurd was so far away!

At this point the flies were gone (someone had explained to me that they were attracted to bright colors, and I had killed most of them and then taken off the orange rain cover), and walking felt a little bit easier: 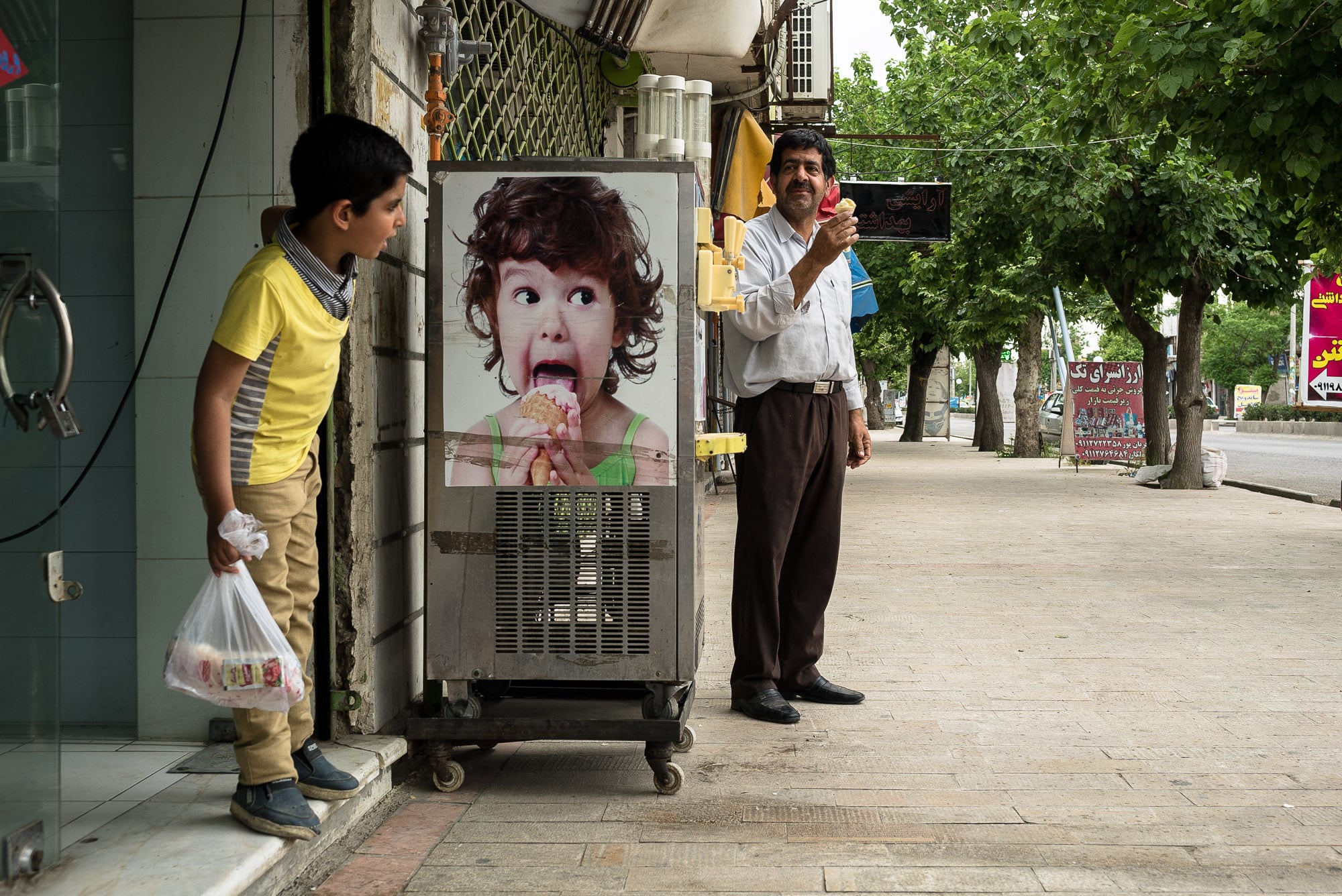 Outside of the little town, I ran into Muhammad Samgani: 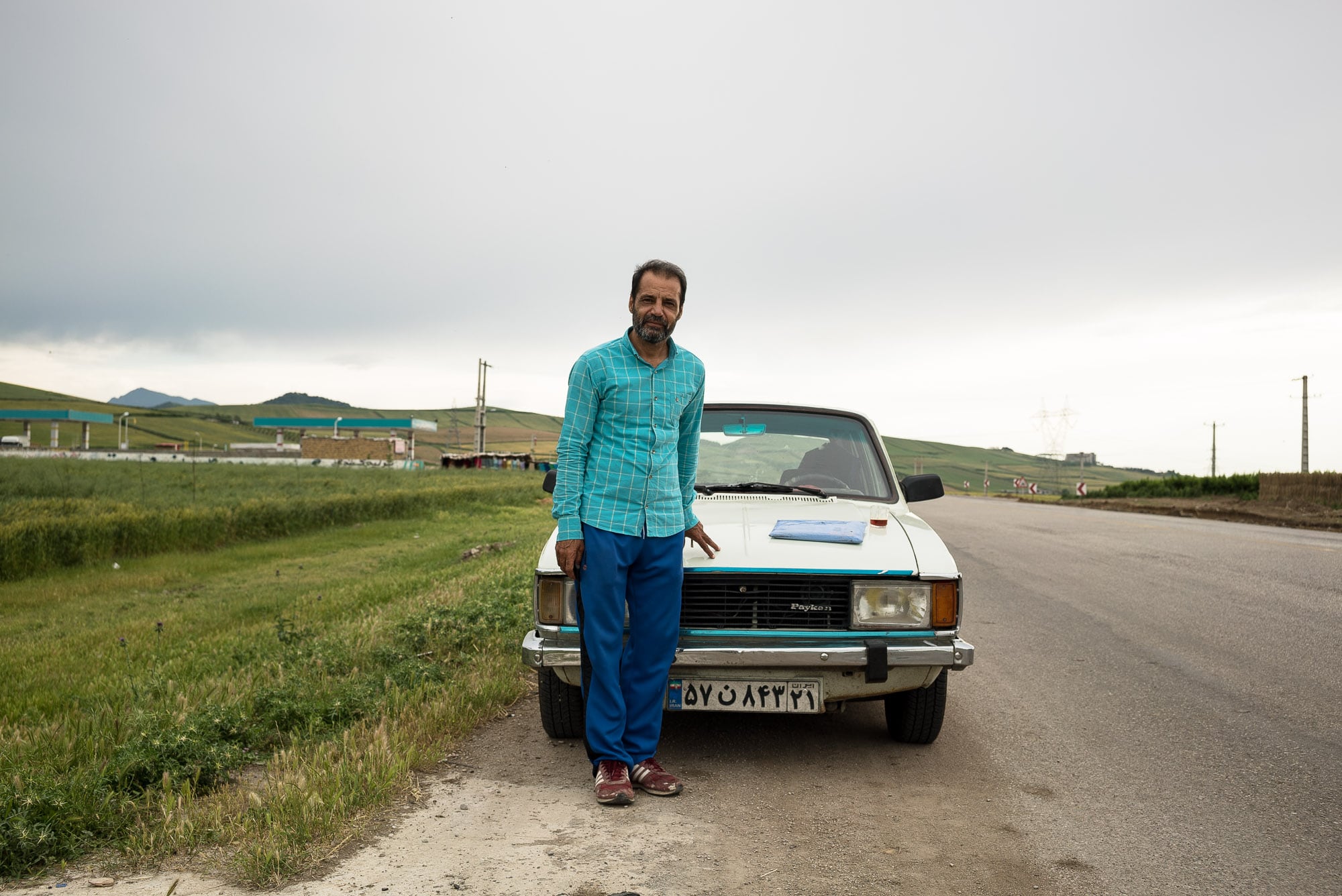 It turned out that he had previously walked from the UK to the Persian gulf!

I don’t exactly know why, but this somehow made walking feel much easier for me. I passed a flock of sheep: 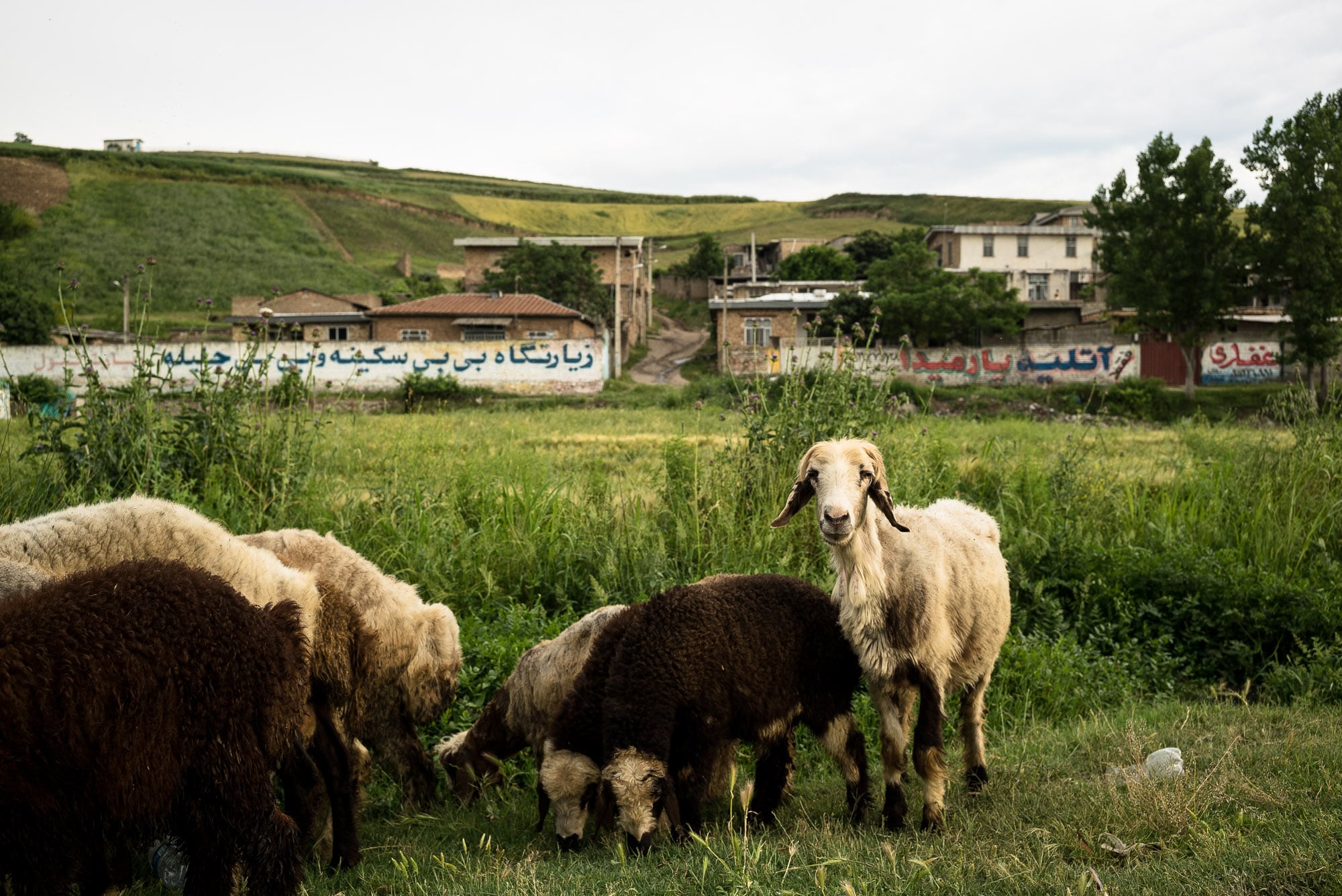 I passed a wall with some posters that looked like remnants from a political election: 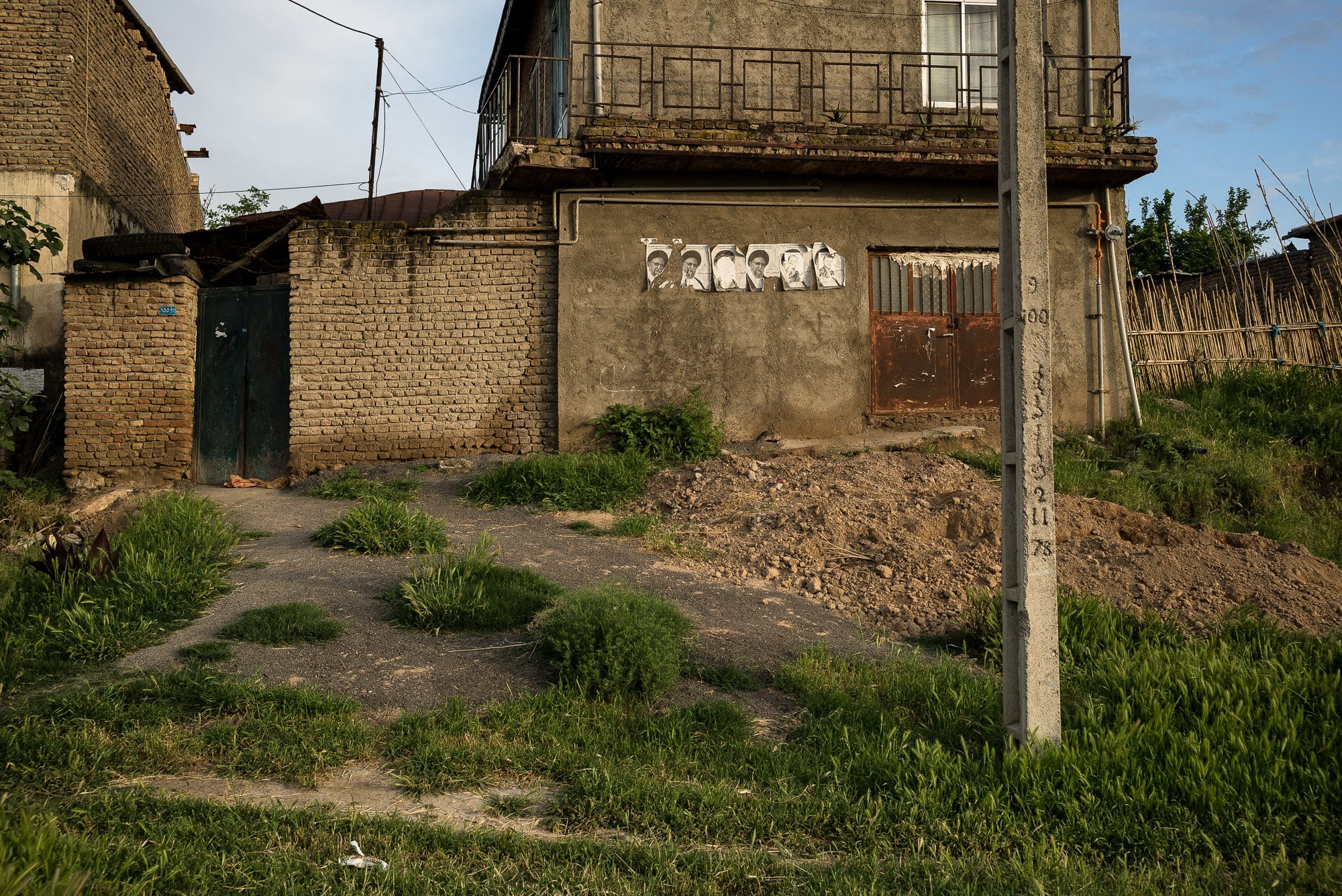 And then I was in Minudasht, the little town I wanted to go to.

There were big buildings and little buildings: 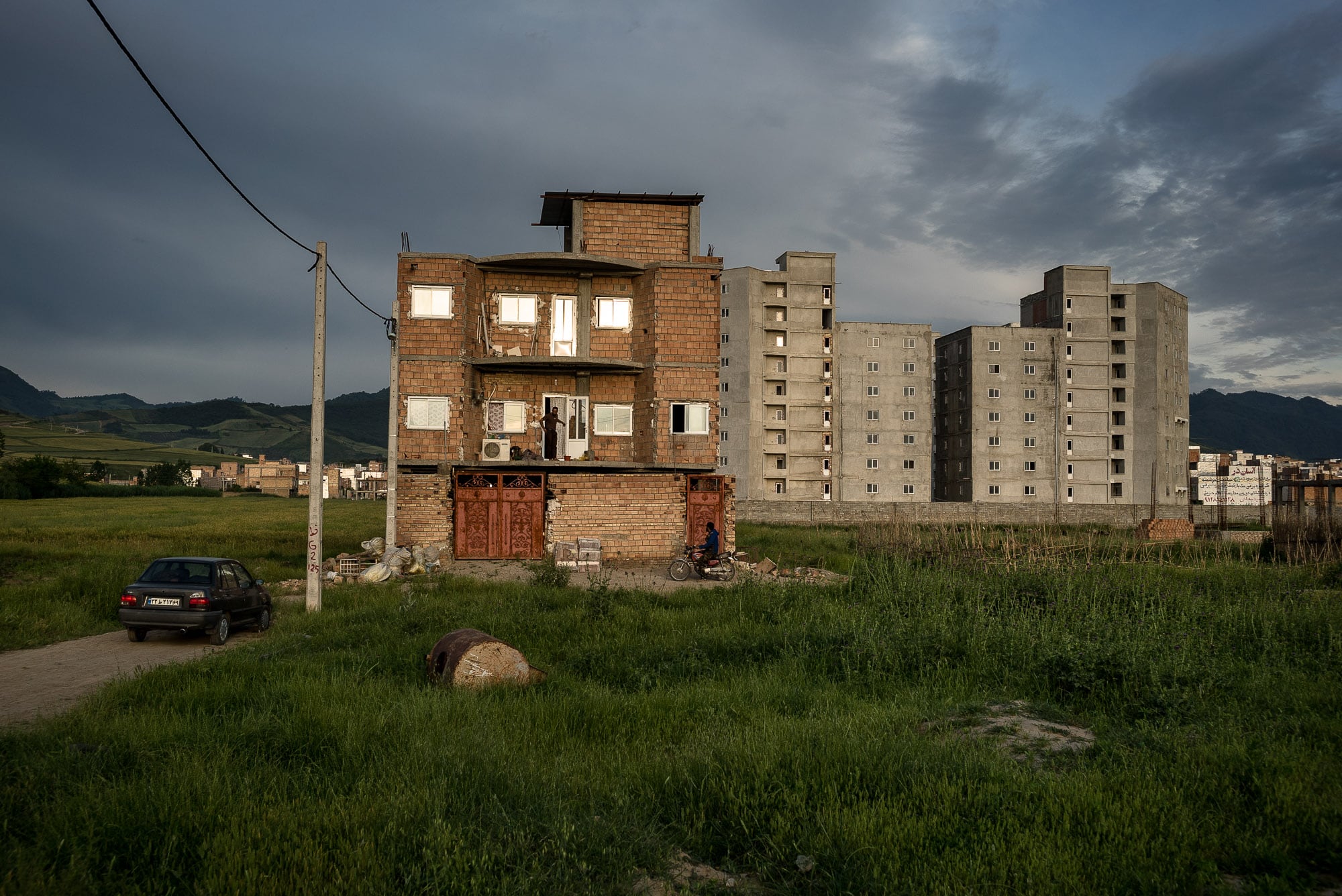 And there was Mehdi, a friendly gentleman who sold shoes on the side of the road: 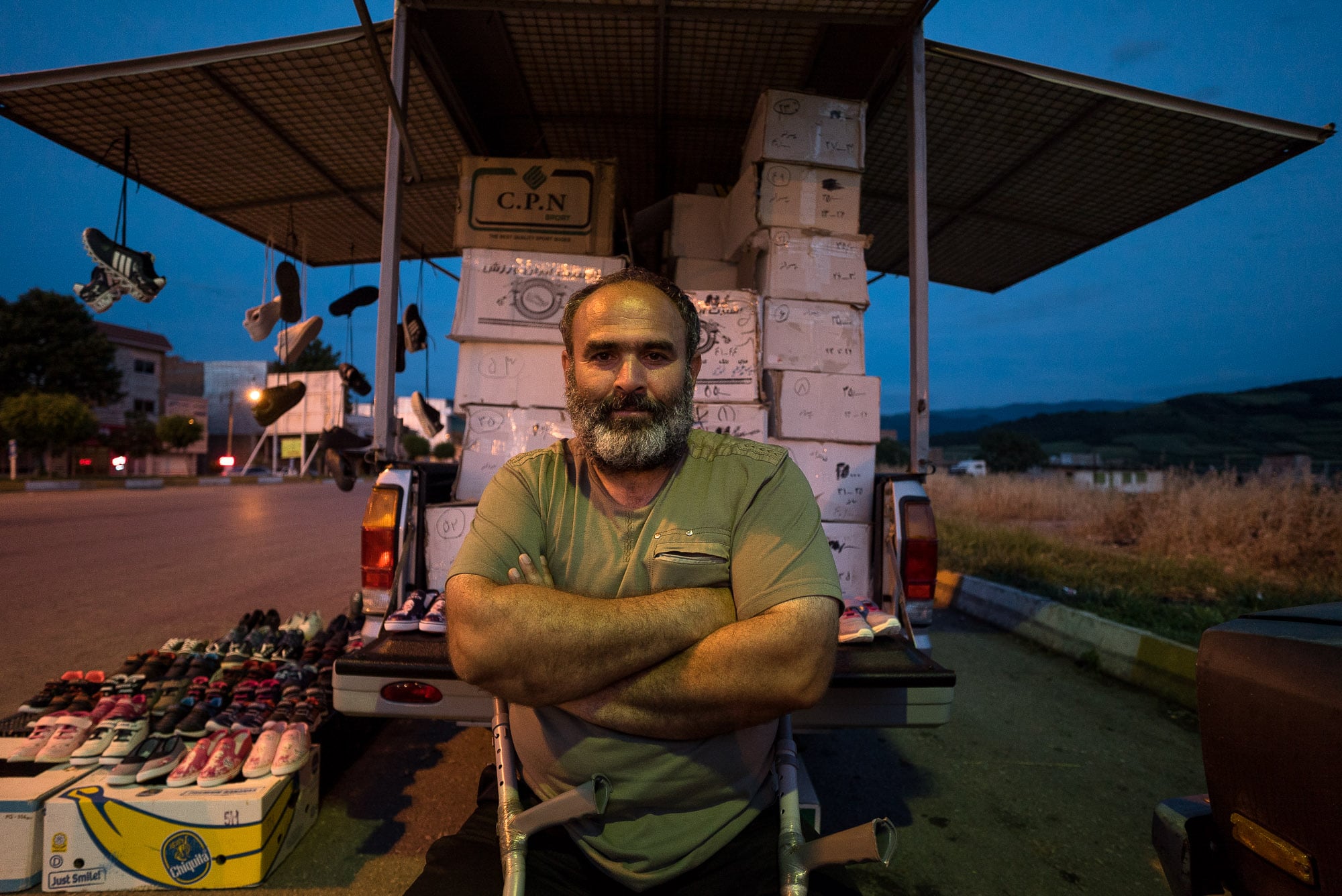