When I left the small village of Tangrah, the sky was blue and the scenery was green: 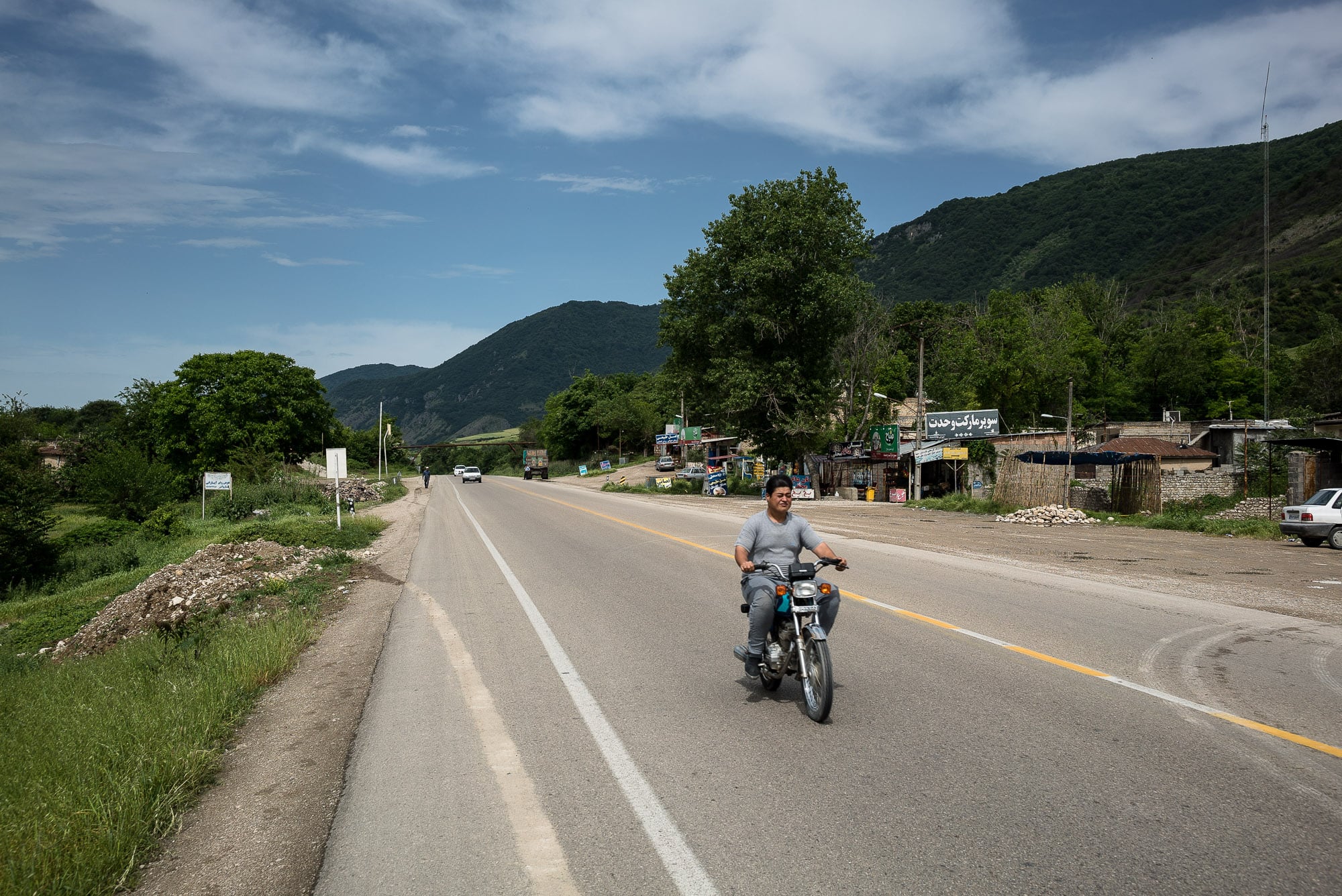 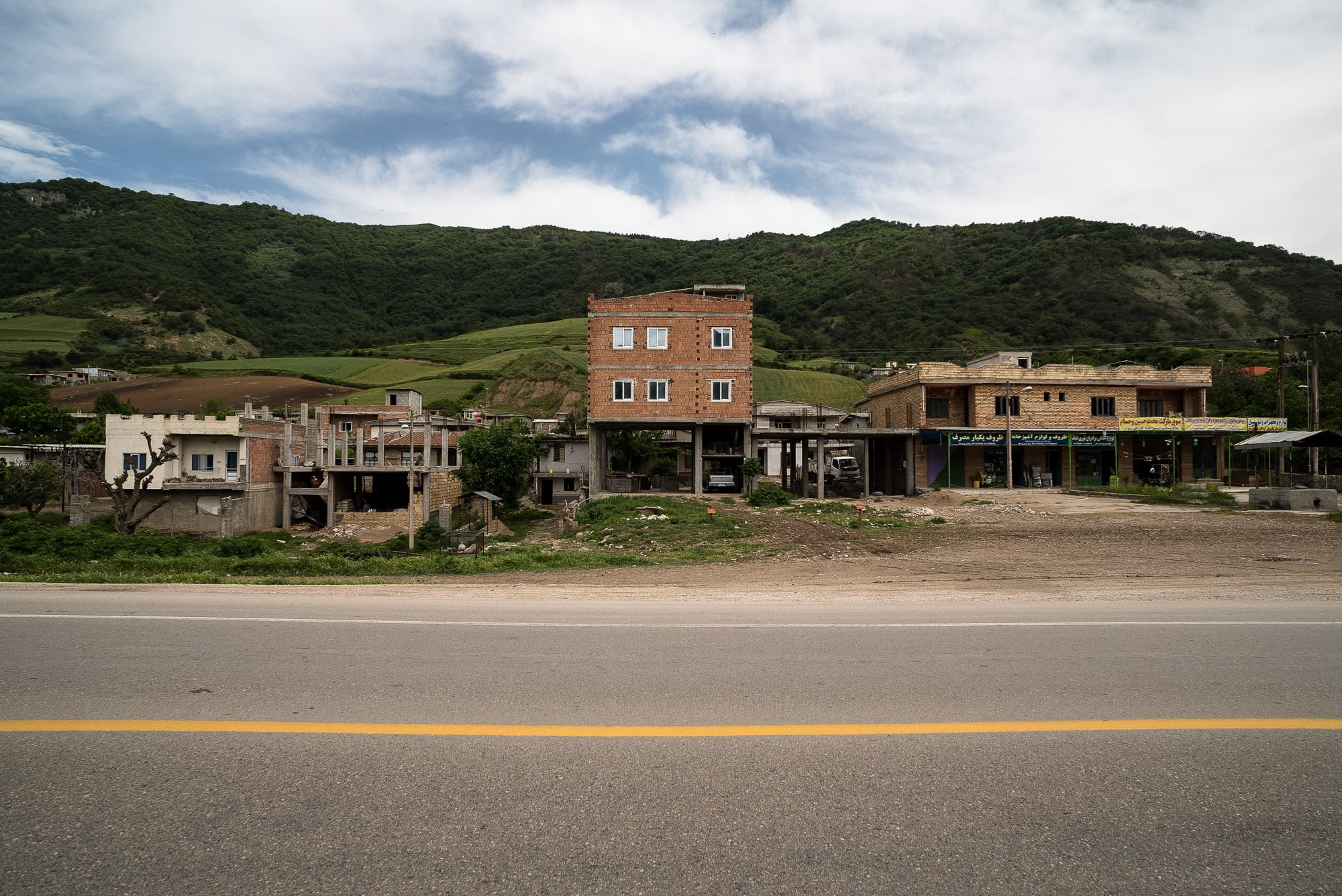 …and tracks that led into the forest: 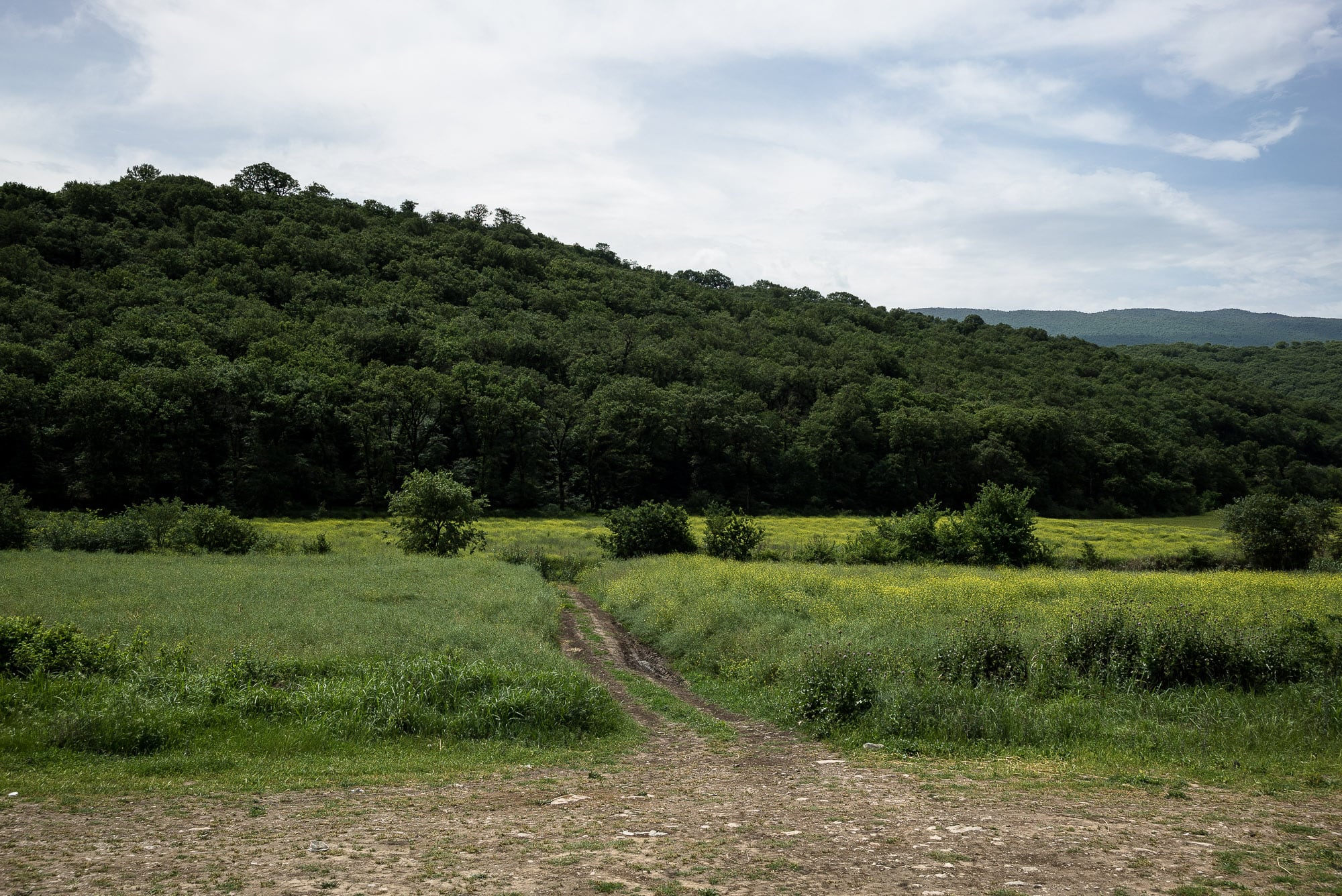 But I always stayed on the main road, and sometimes it looked almost as if I was walking through Germany: 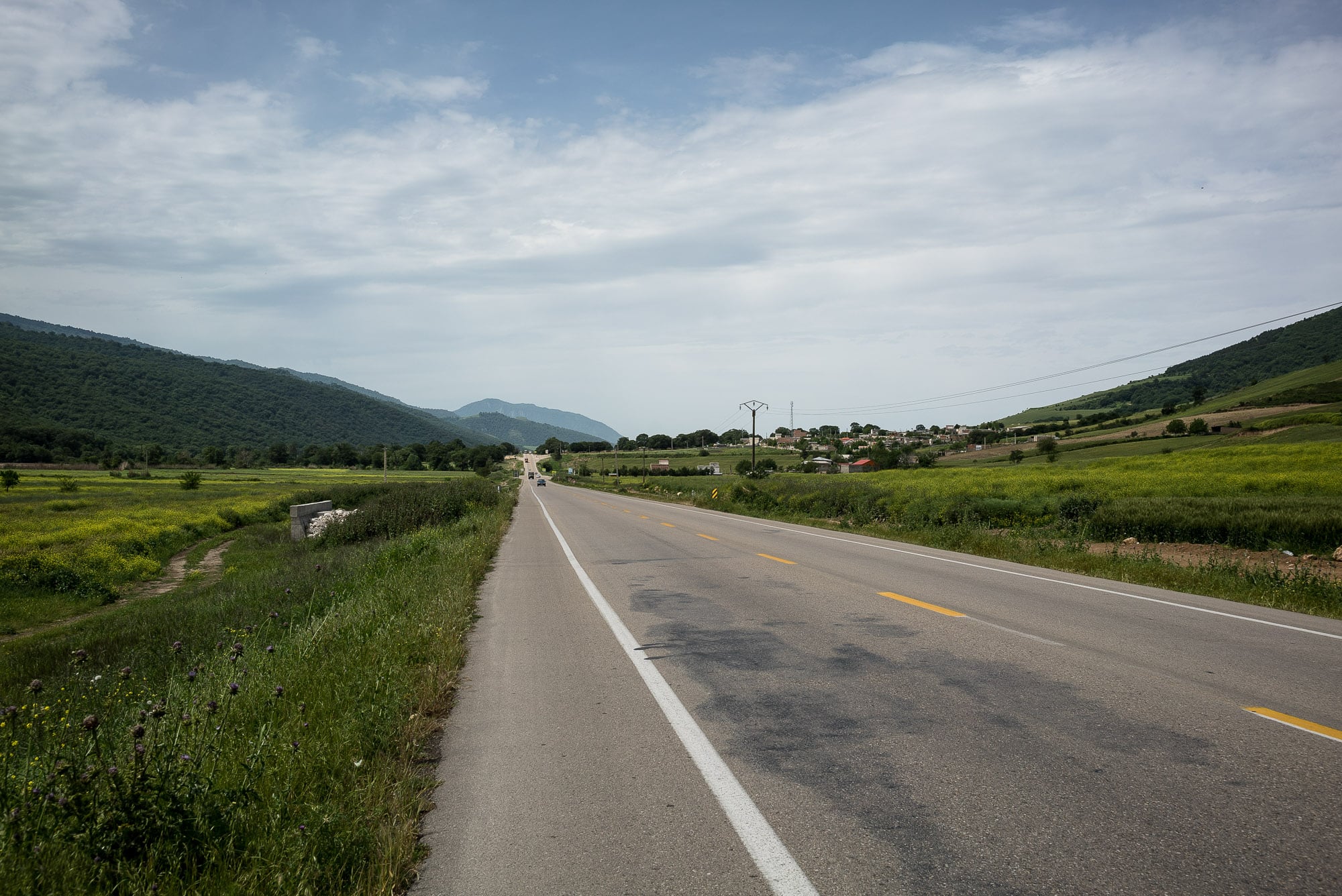 But behind me, and behind the Caboose, dark clouds came rolling down from the mountains: 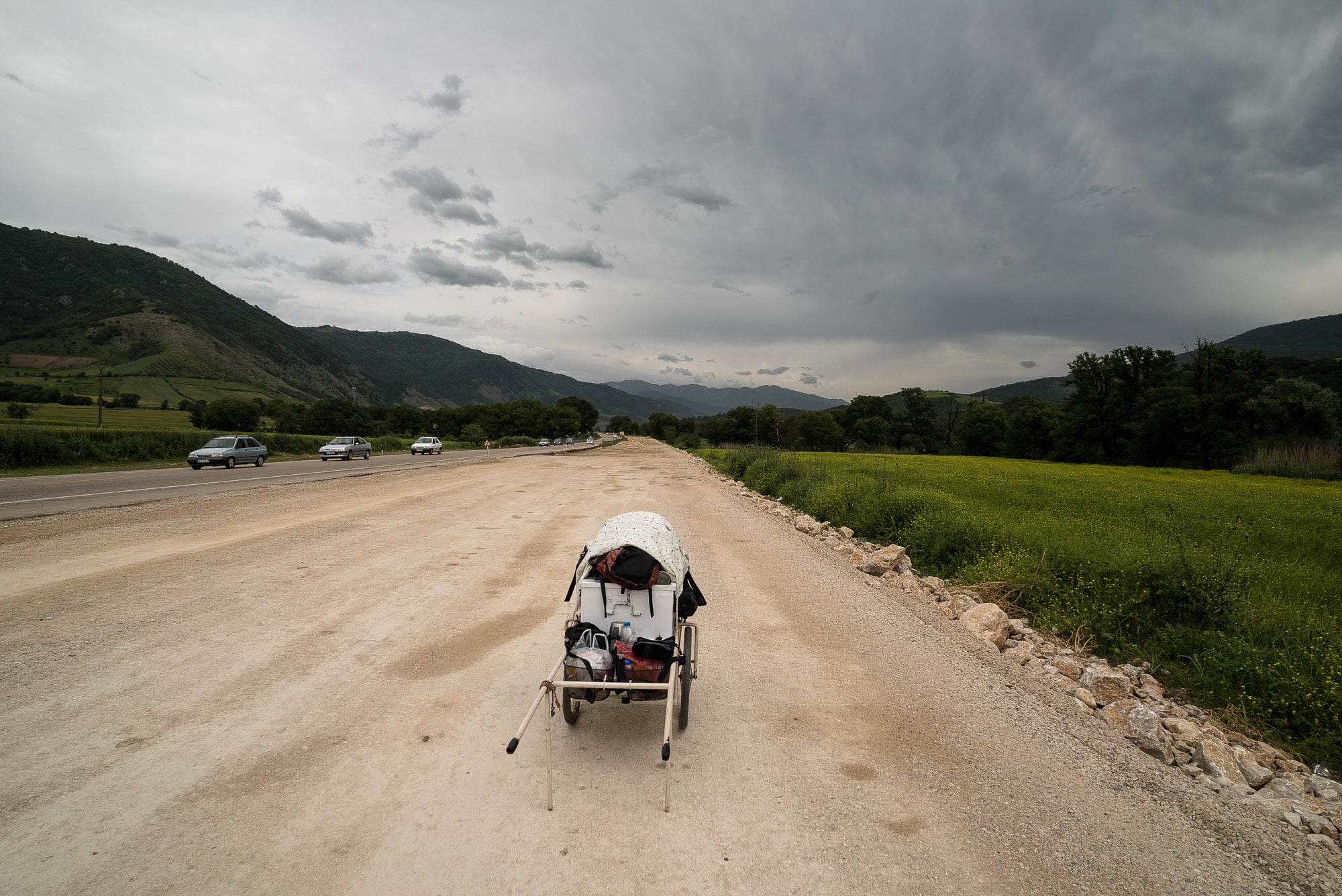 I could only hope they wouldn’t release massive rains upon us.

Walking in Iran without being able to speak the language means having the same conversation over and over again.

This can be a bit tiring, but most people are very nice. And while the young children smile and even laugh on photos… 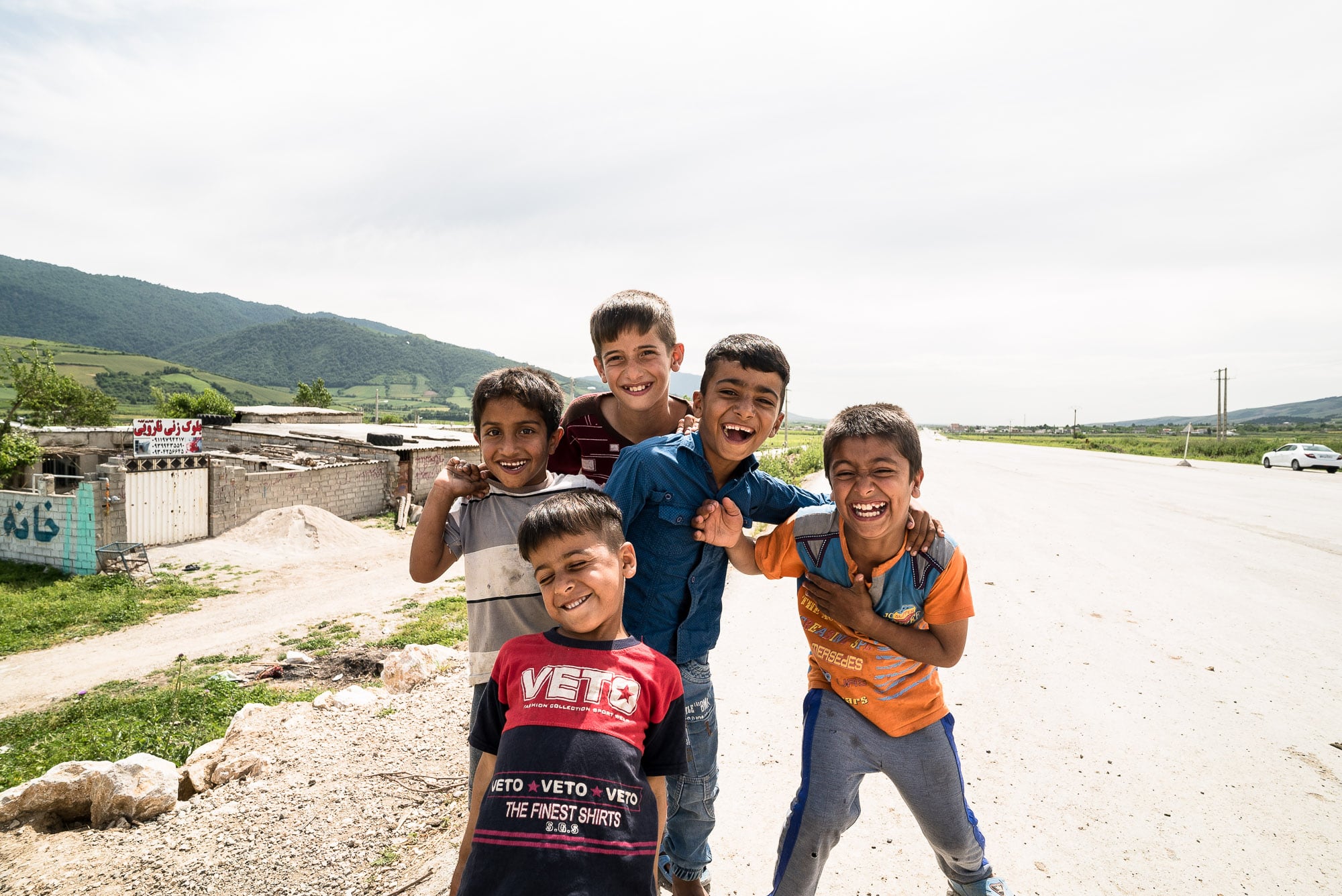 The adults often put on a more serious look: 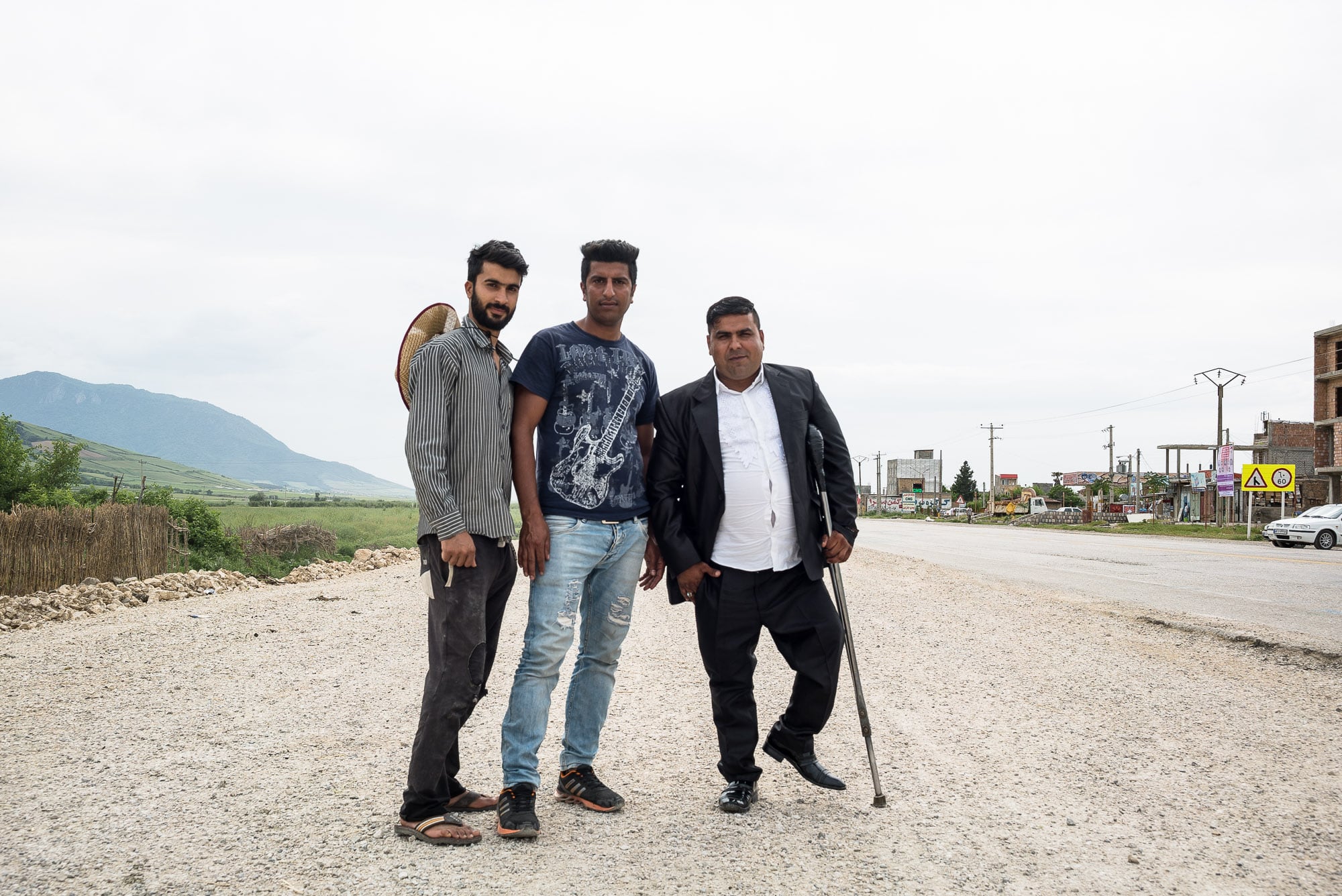 I found myself enjoying the greenness of the environment, especially these purple flowers that were everywhere: 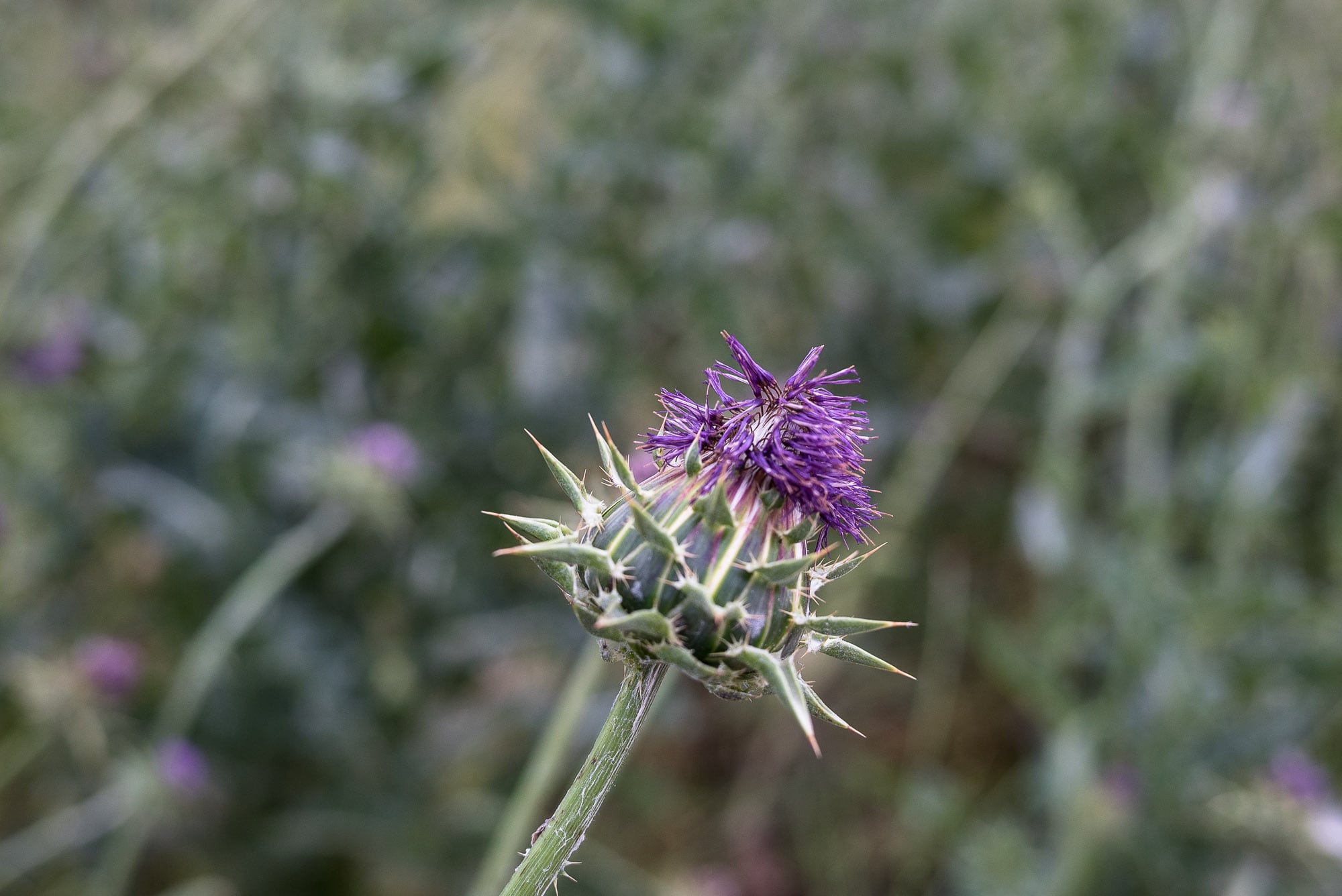 They were just about to open up and send out their spores, which reminded me once again that this was allergy season for me: 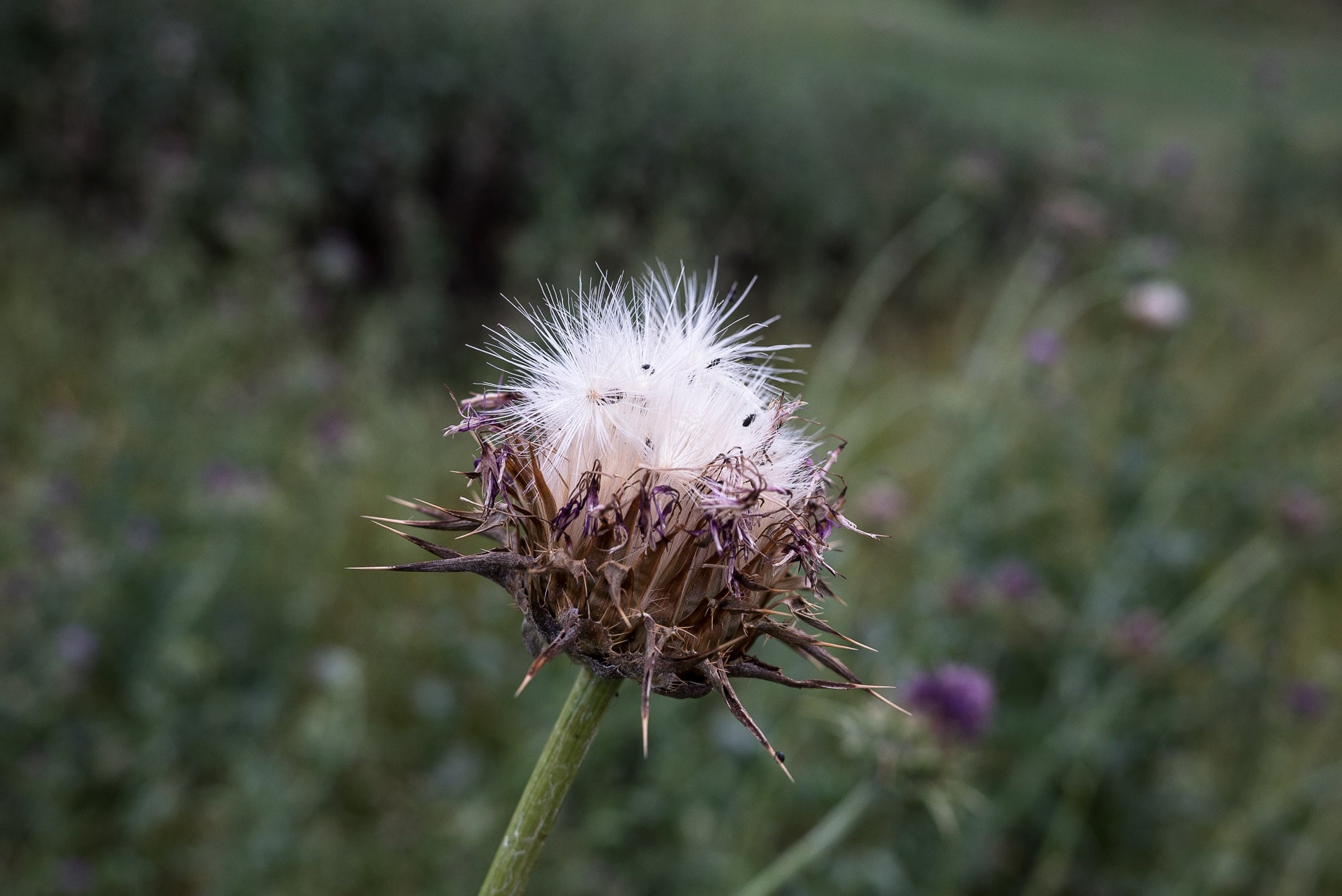 When I arrived in the little village of Chakar Besh Qardes, a group of young kids greeted me with a lot of noise: 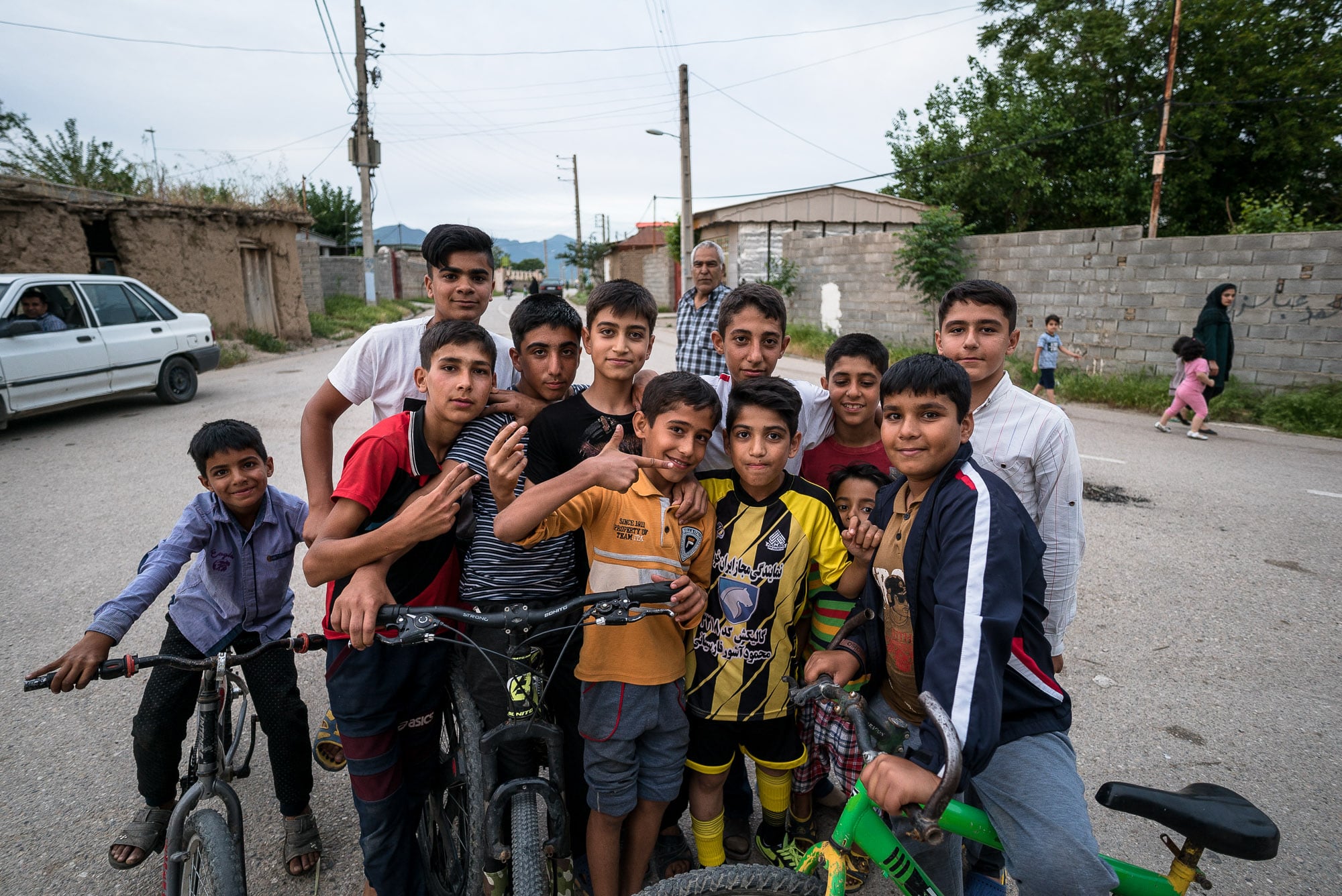 I found a place to sleep in a family’s house, then I went outside and bumped into this gentleman who was wearing a particularly cool shirt: 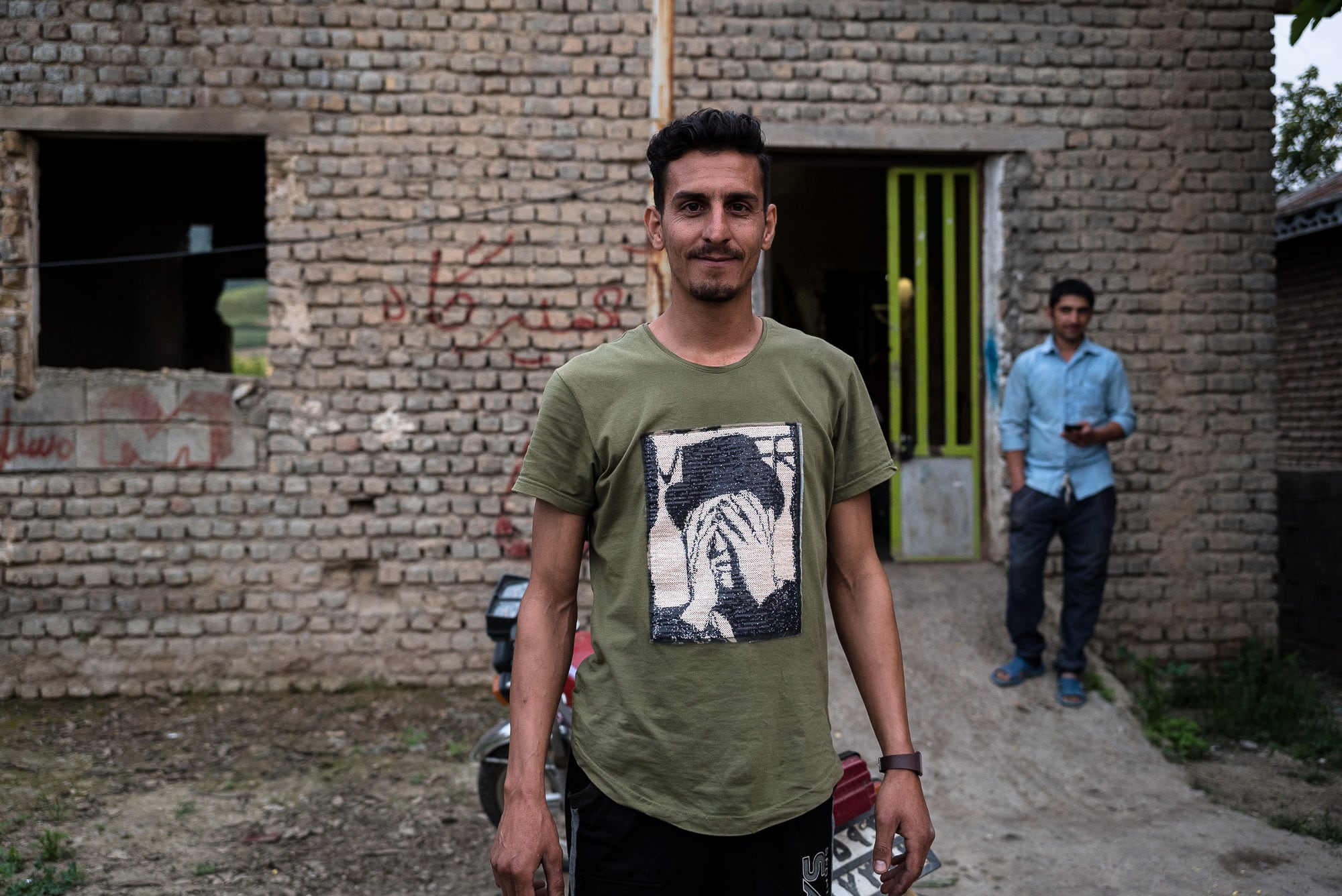 By this time the group of little kids had turned into a horde: 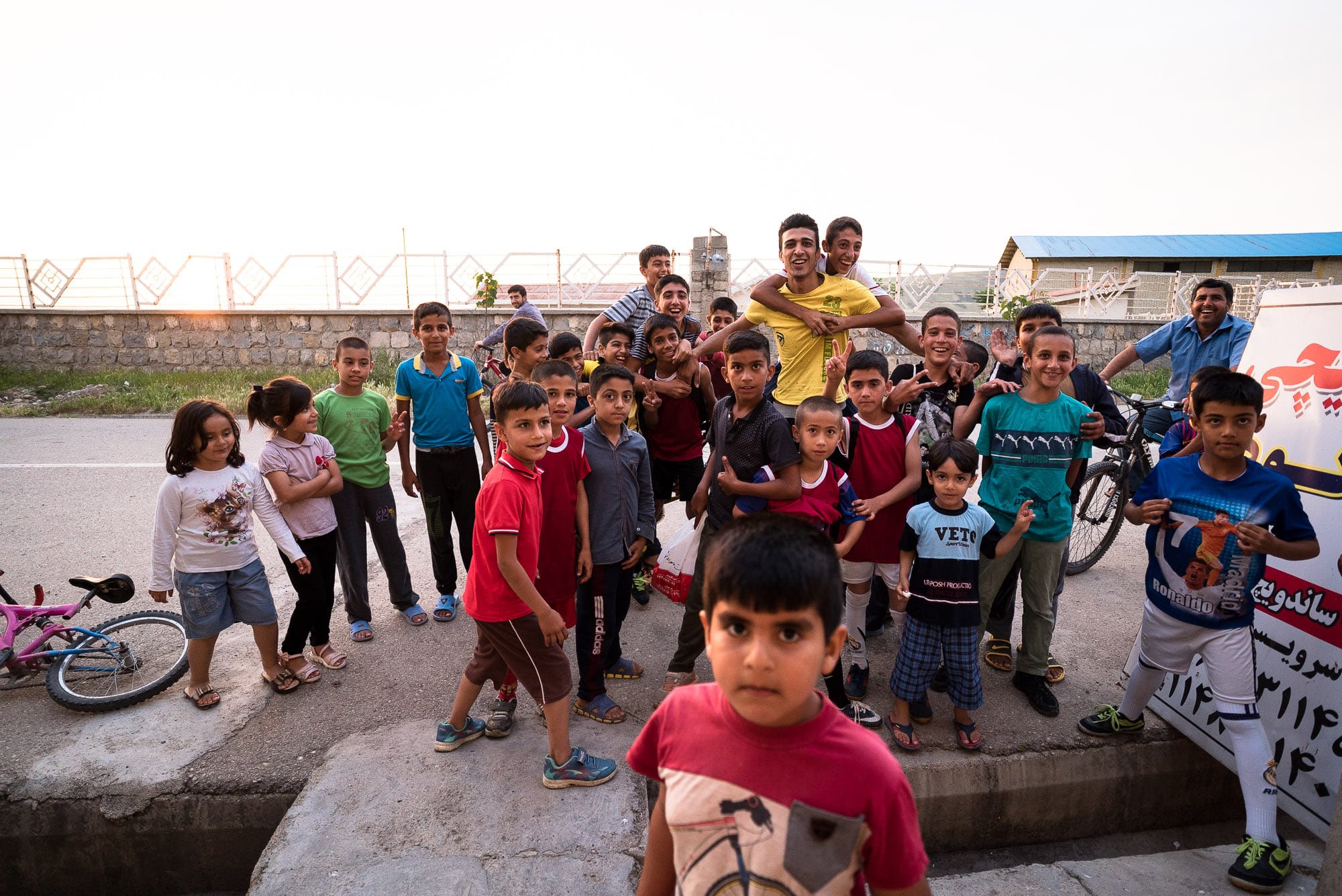 I liked being in this village.

When I went outside that night, into the courtyard, to clean my feet, I noticed a little gosling that was wandering around, looking for a late night snack: 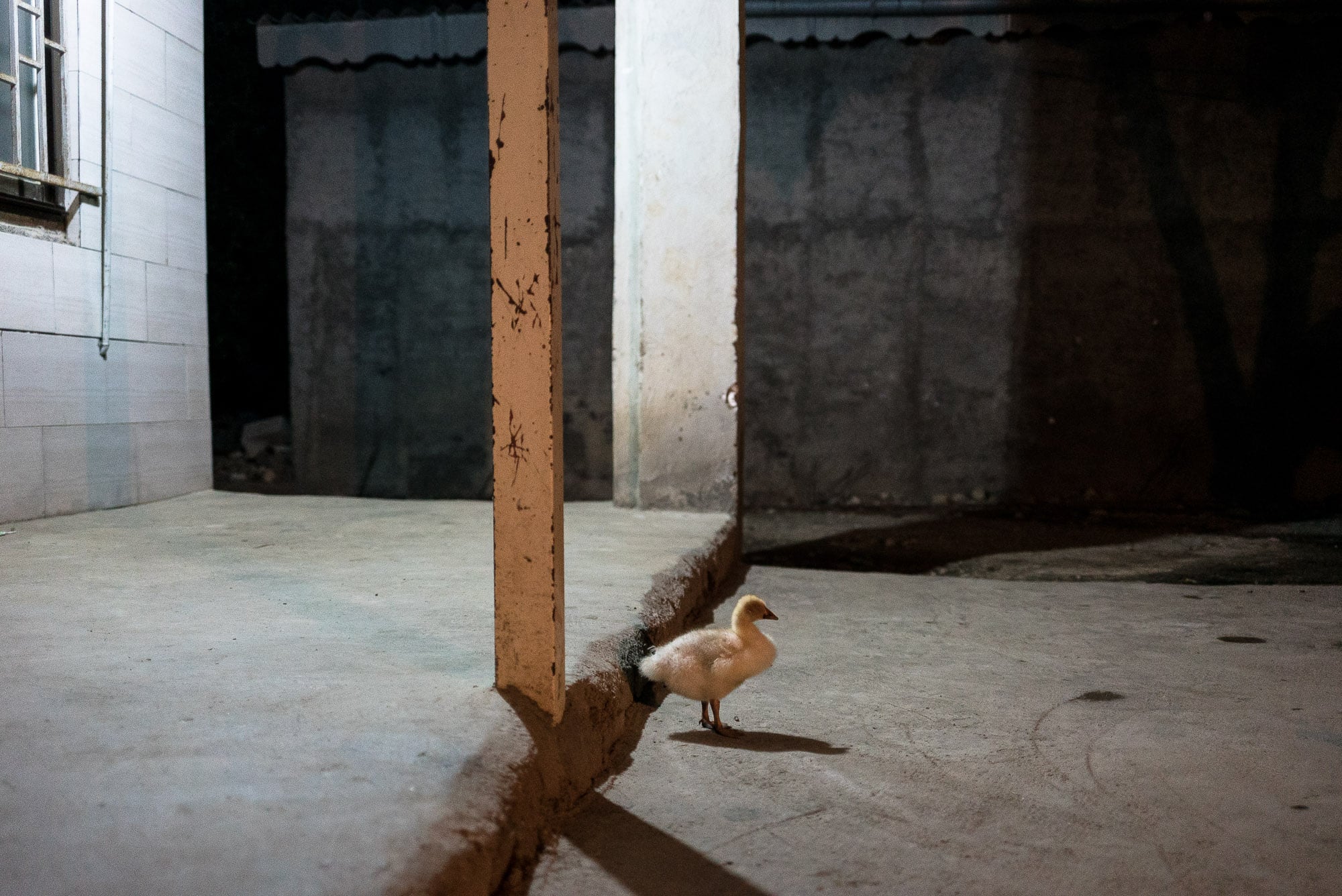 I called him Ryan.

And this was his mom: 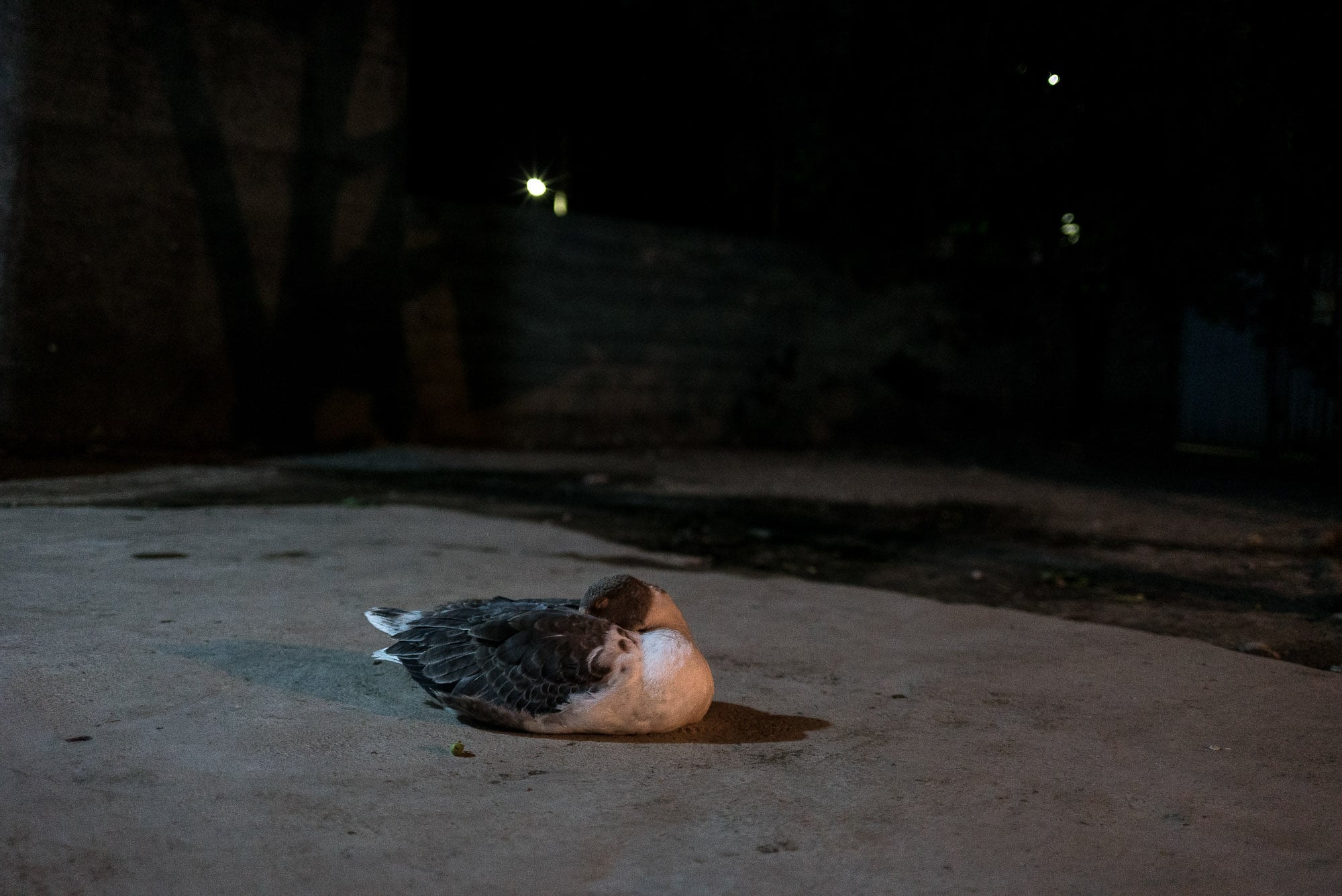