I woke up in the restaurant with a feeling of dread. It was all too clear what lay before me – 13km steep uphill. Maybe rain.

I said goodbye to Abolfaz and the restaurant: 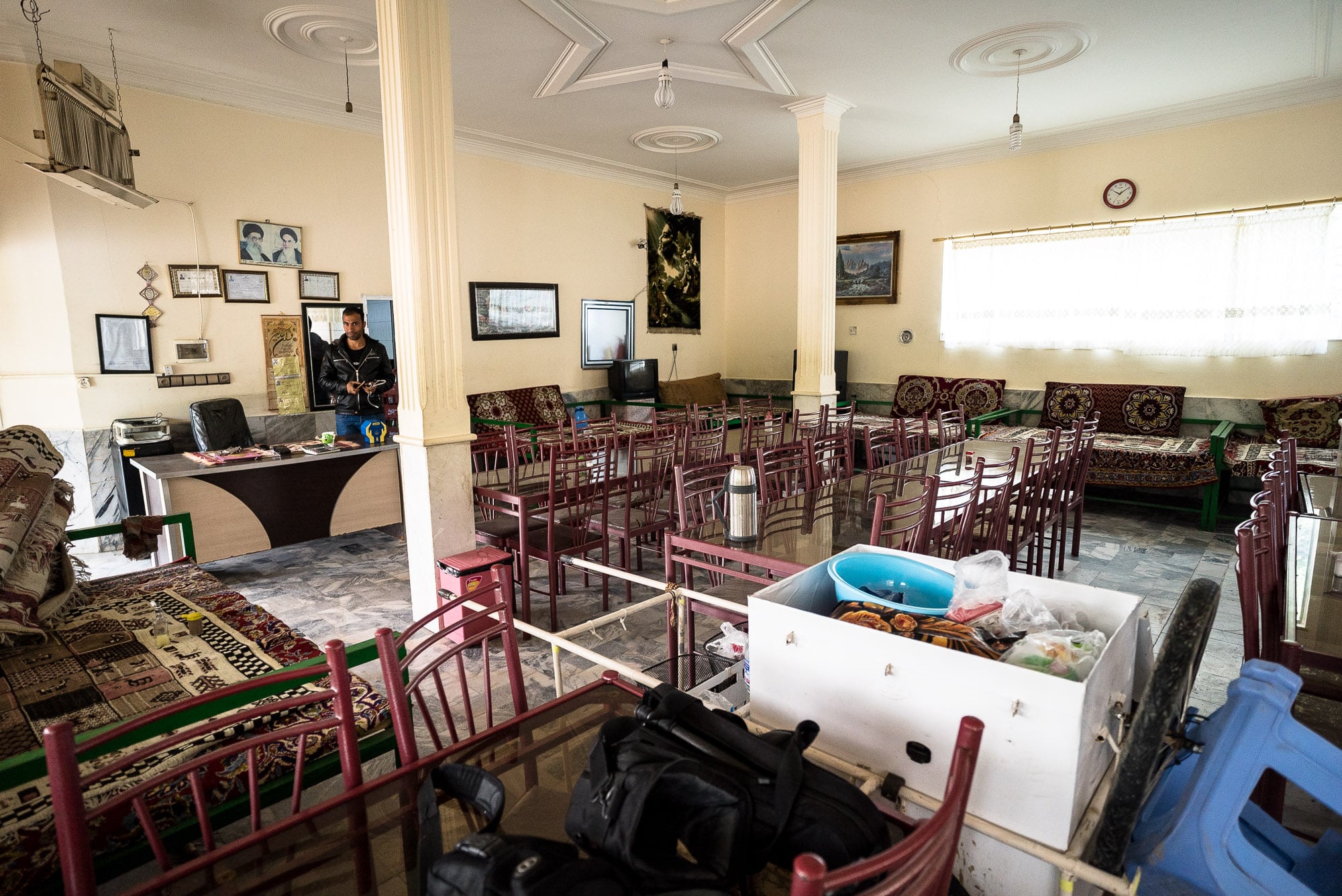 Luckily, after colossal rains during the night, it had stopped in the morning. I got on the road and ran into this truck driver: 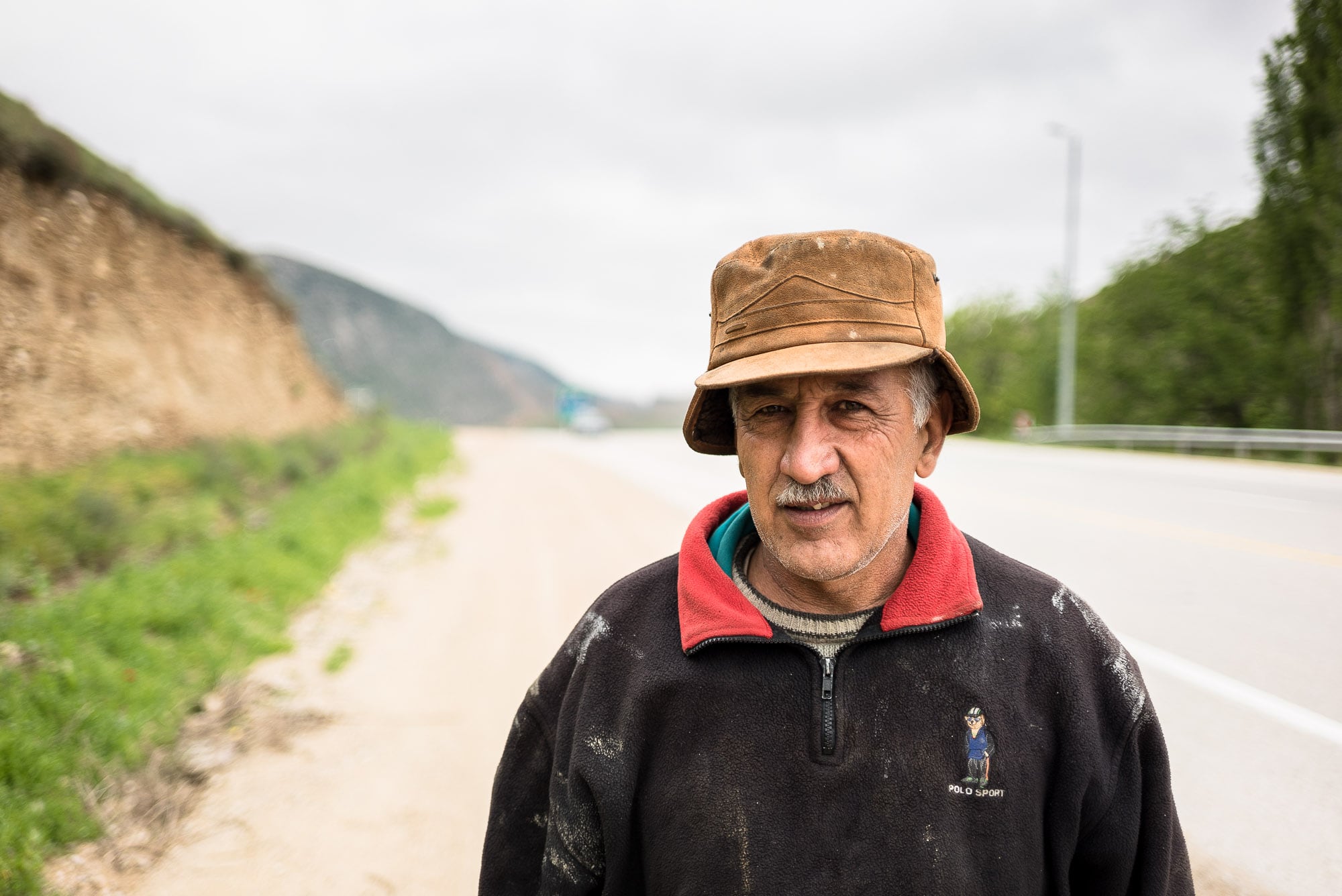 He spoke good English. When I wondered why, he said he was actually a teacher. The economy was bad. Very bad.

The clouds hung deep over the mountains: 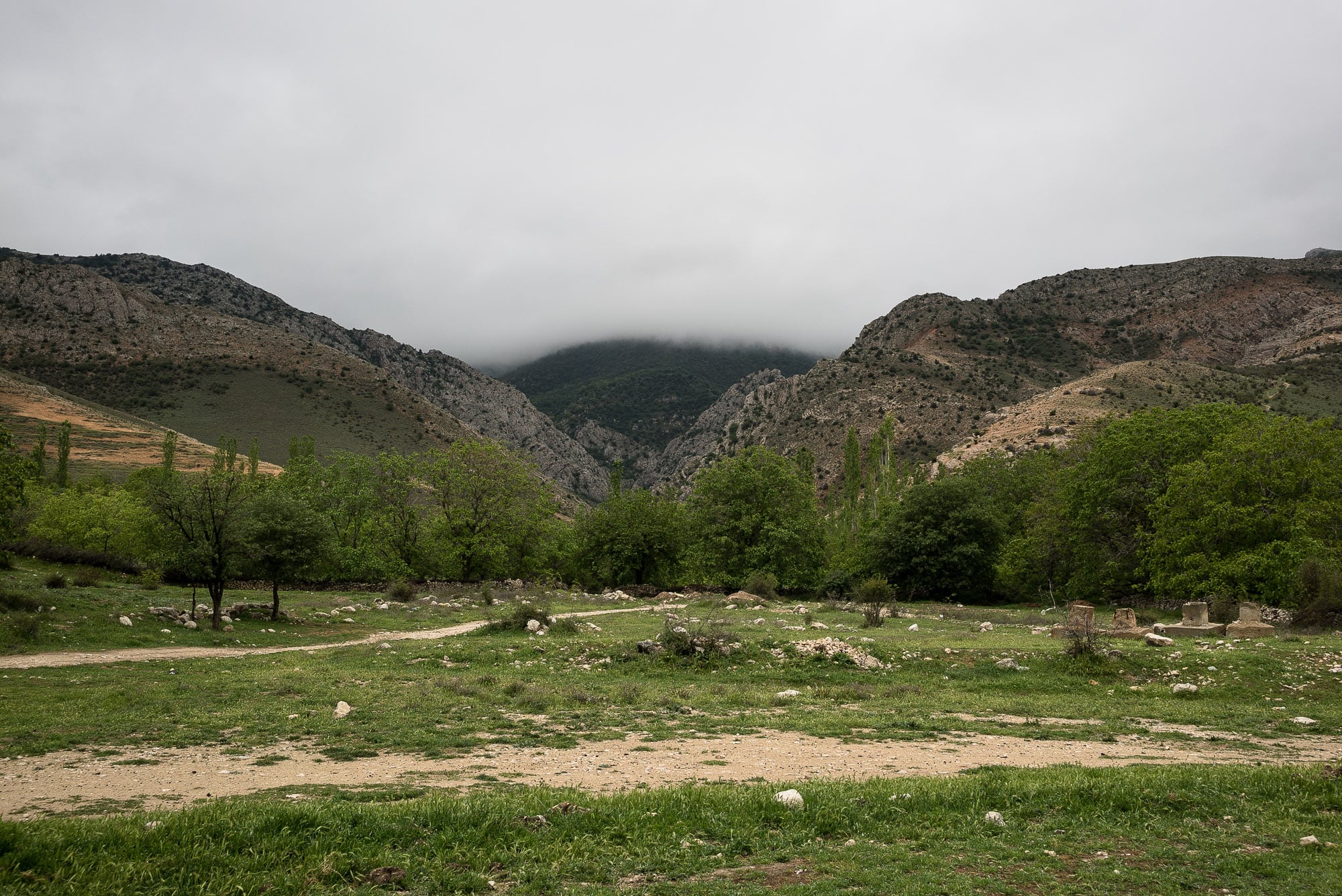 And so did my spirit. I hated the uphill climb, mostly because there were no breaks at all, no little sections that were flat or downhill. It was just up, up, up. Like trying to climb out of a grinder.

Usually I take a little break every hour or so. But today I would walk for ten-fifteen minutes, then I would sit down for the same amount of time.

There was moisture in the air: 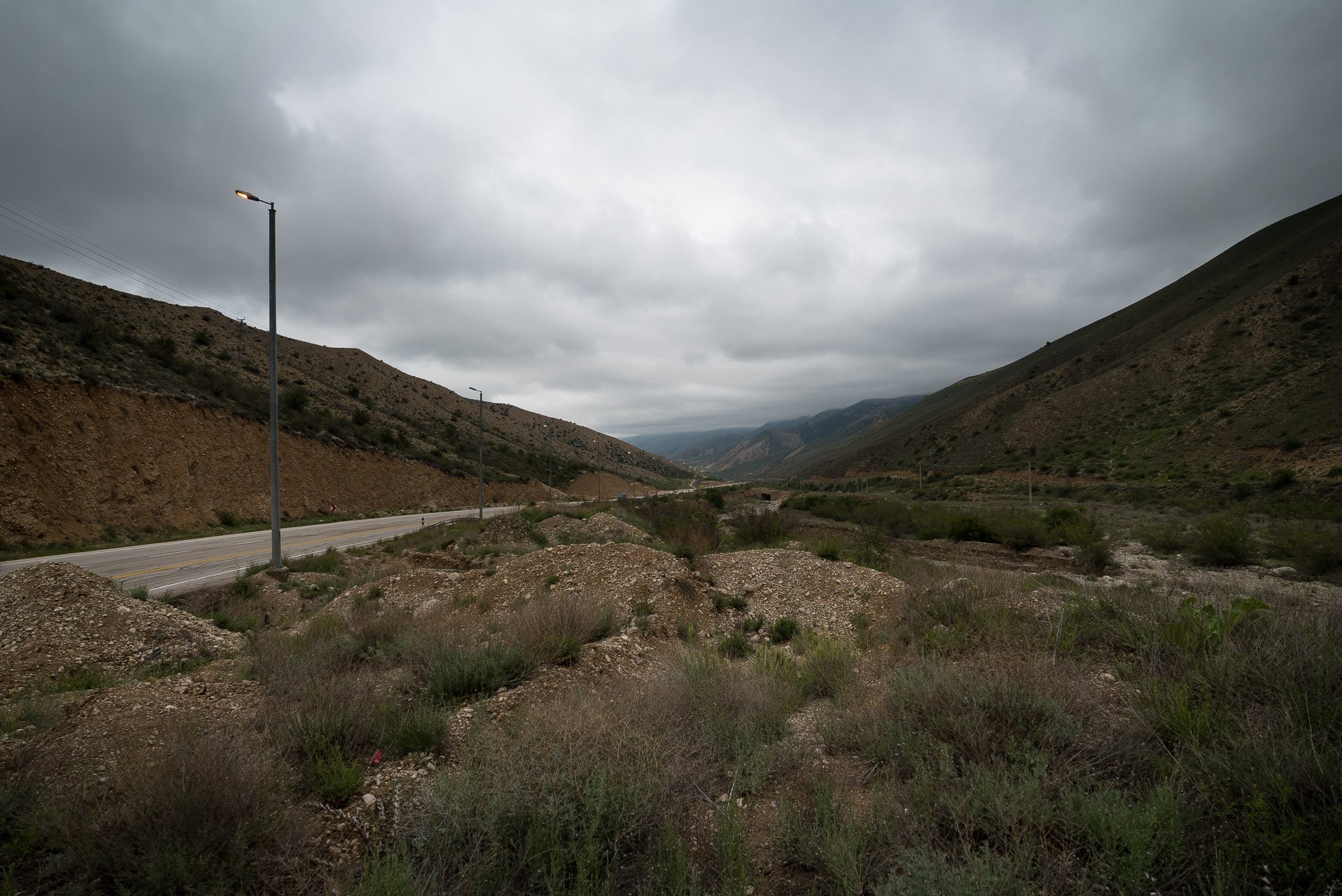 And I knew it was going to rain: 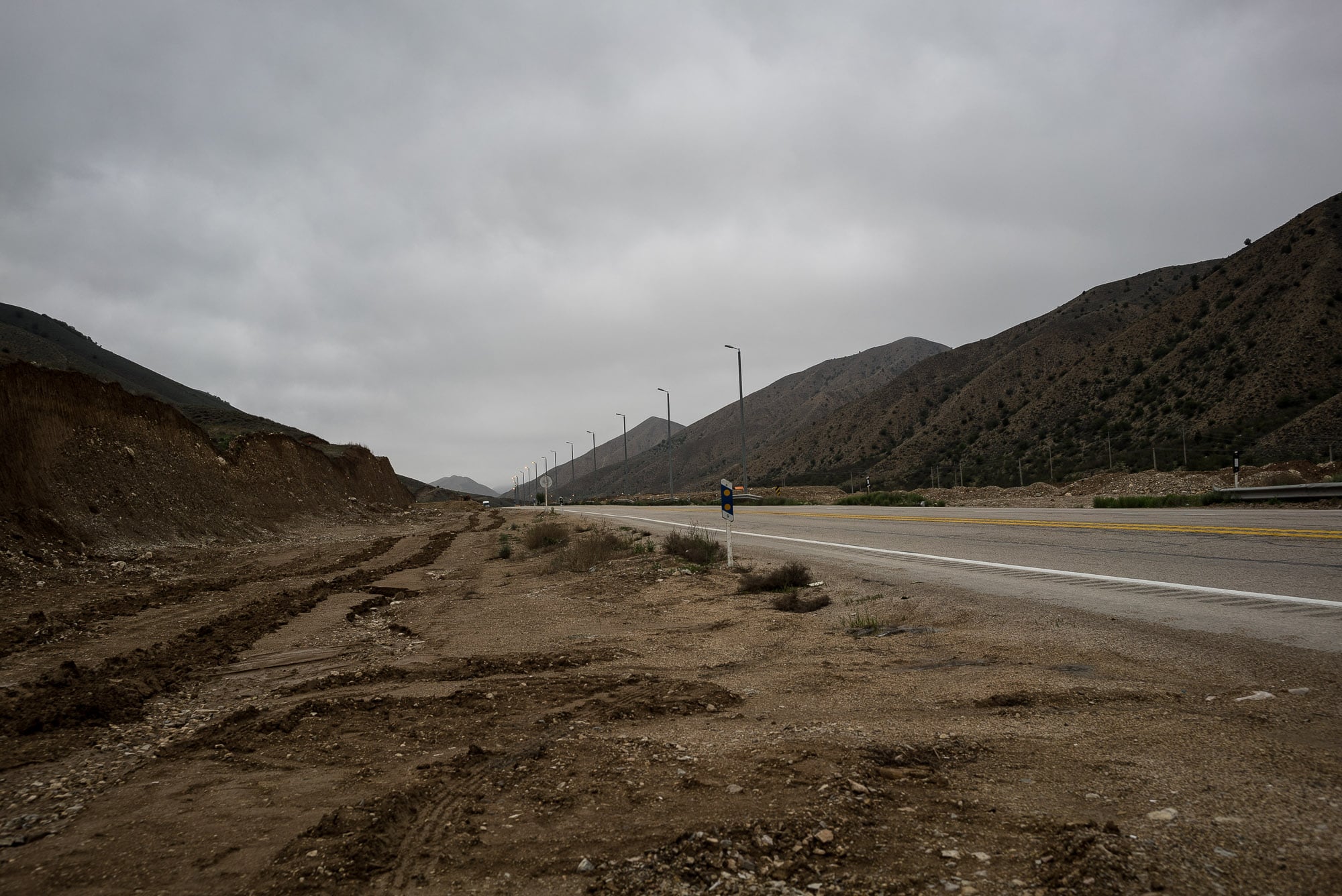 When it finally did, resting became just as bad as walking, because I was wet and the Caboose and my shoes would get stuck in the roadside mud: 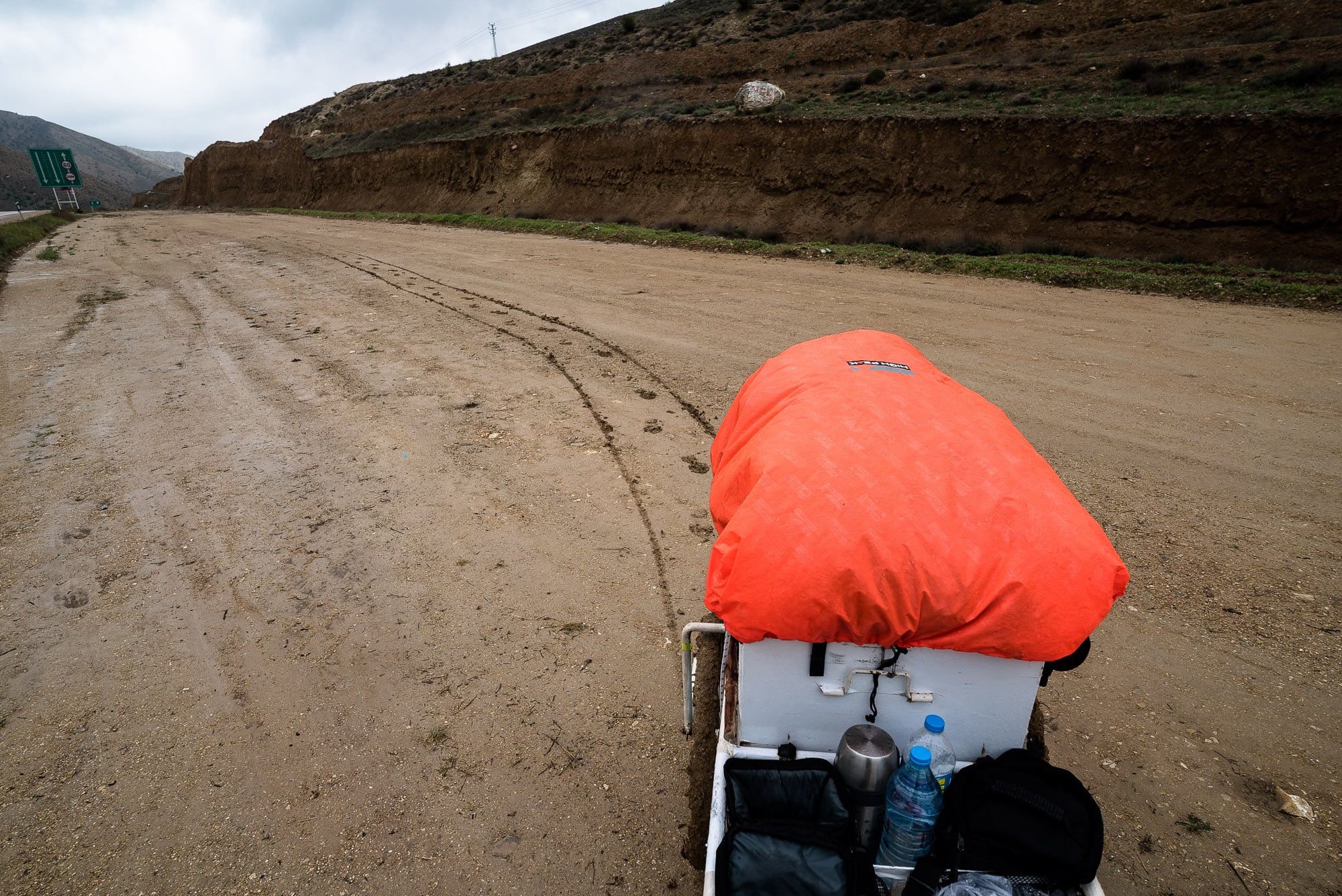 And then, after almost 14km uphill, I finally saw the settlement of Chaman Bid in the distance: 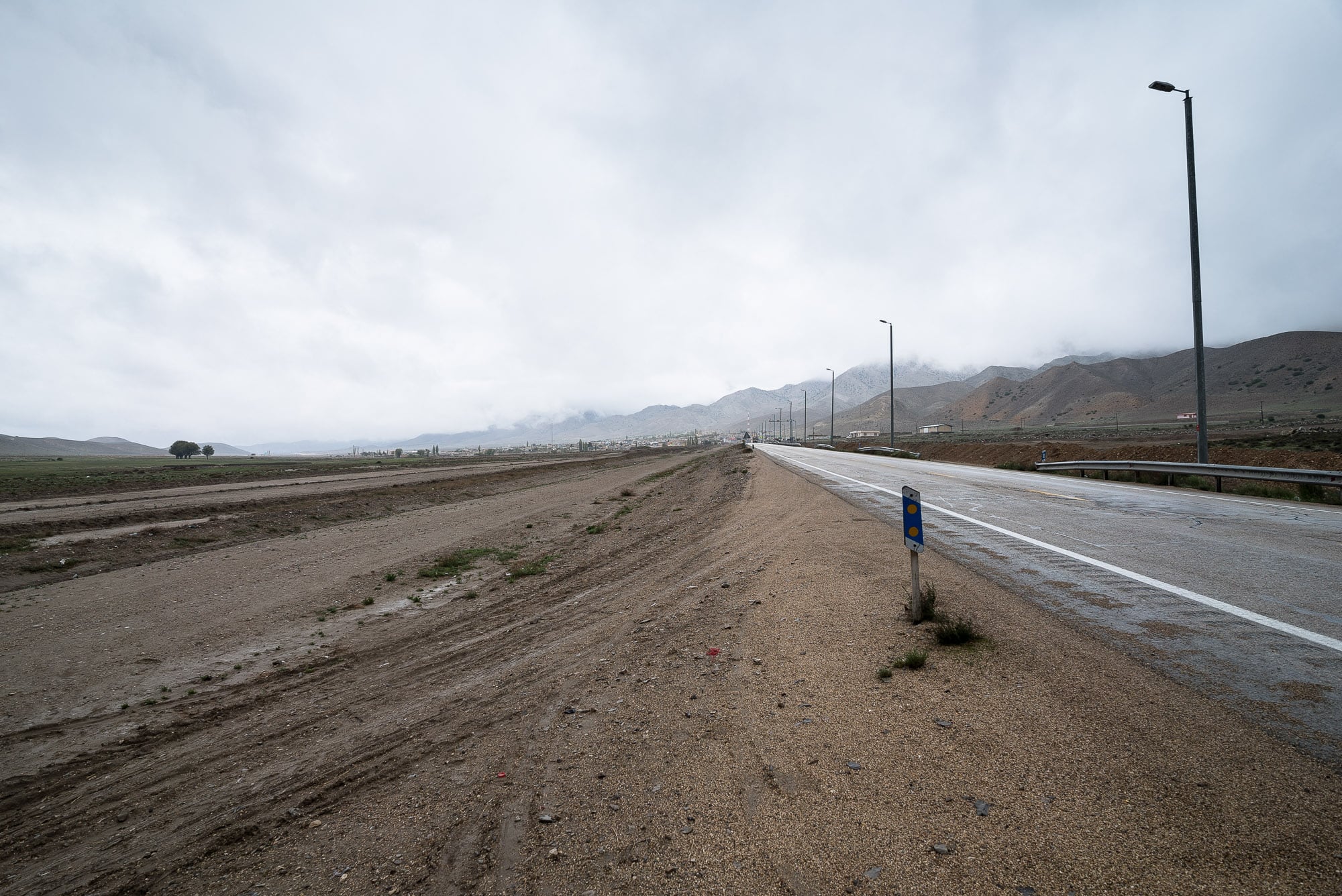 To me, it seemed like a beacon in the ocean. I went into the biggest restaurant there was an asked about a hotel, not because I thought there would be one, but rather because I didn’t want to ask outright if I could stay there.

To my surprise, they said sure, they were renting out rooms, and they put me up in a little house nearby. I enjoyed having my own room: 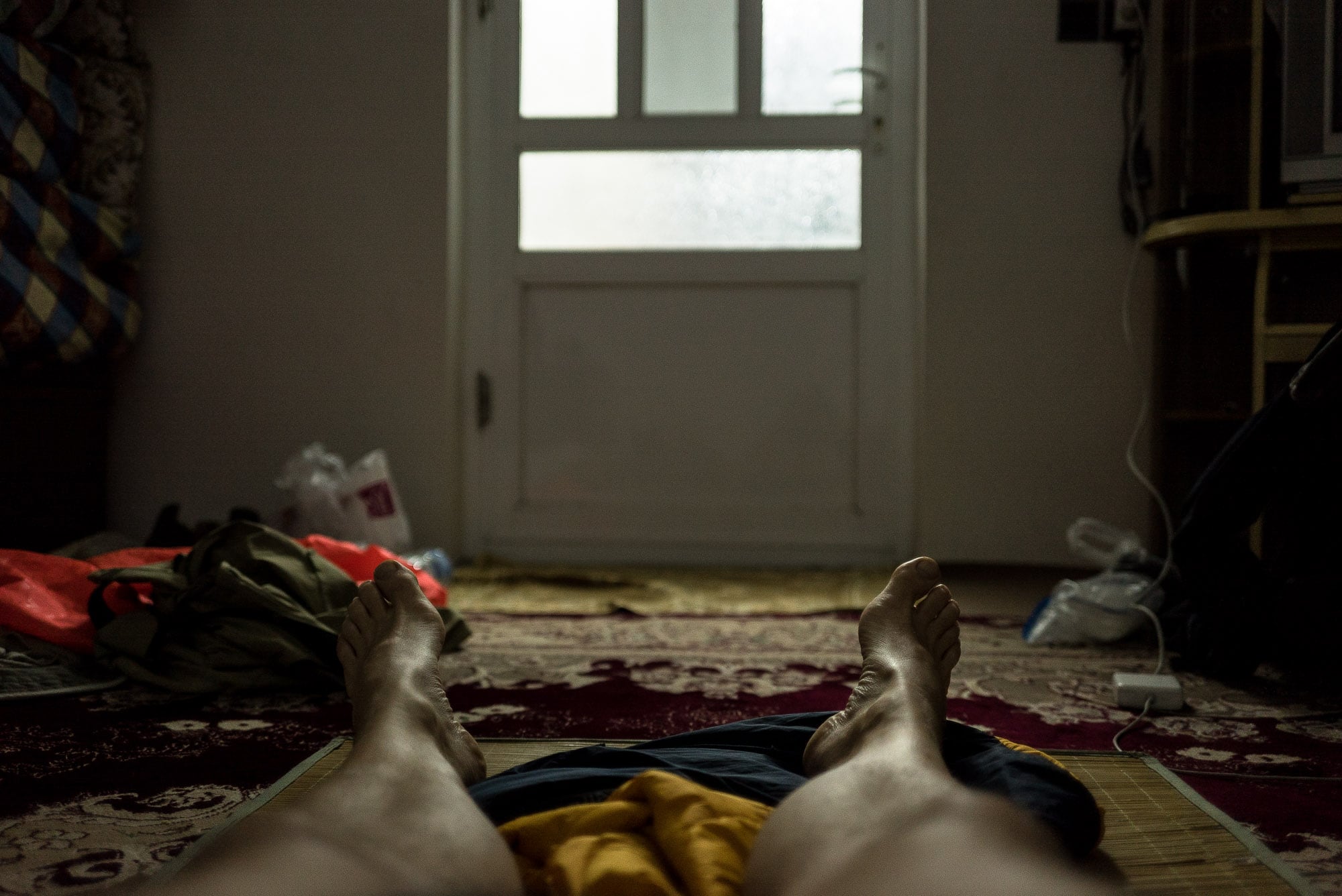 And I went to sleep very early that night.