The last shop I saw before I hit the country road was a bit underwhelming: 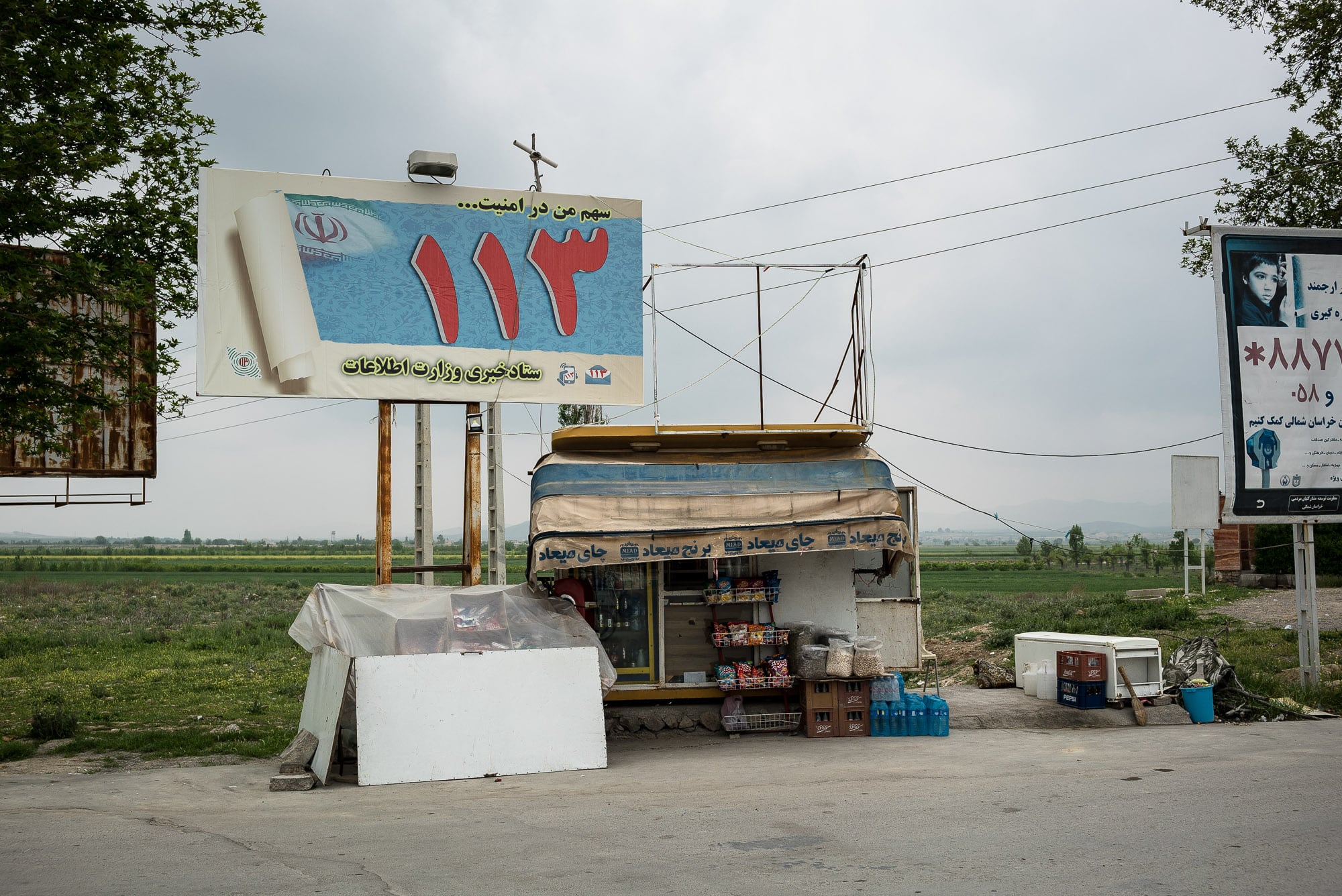 And so was the road. It was loud and noisy. 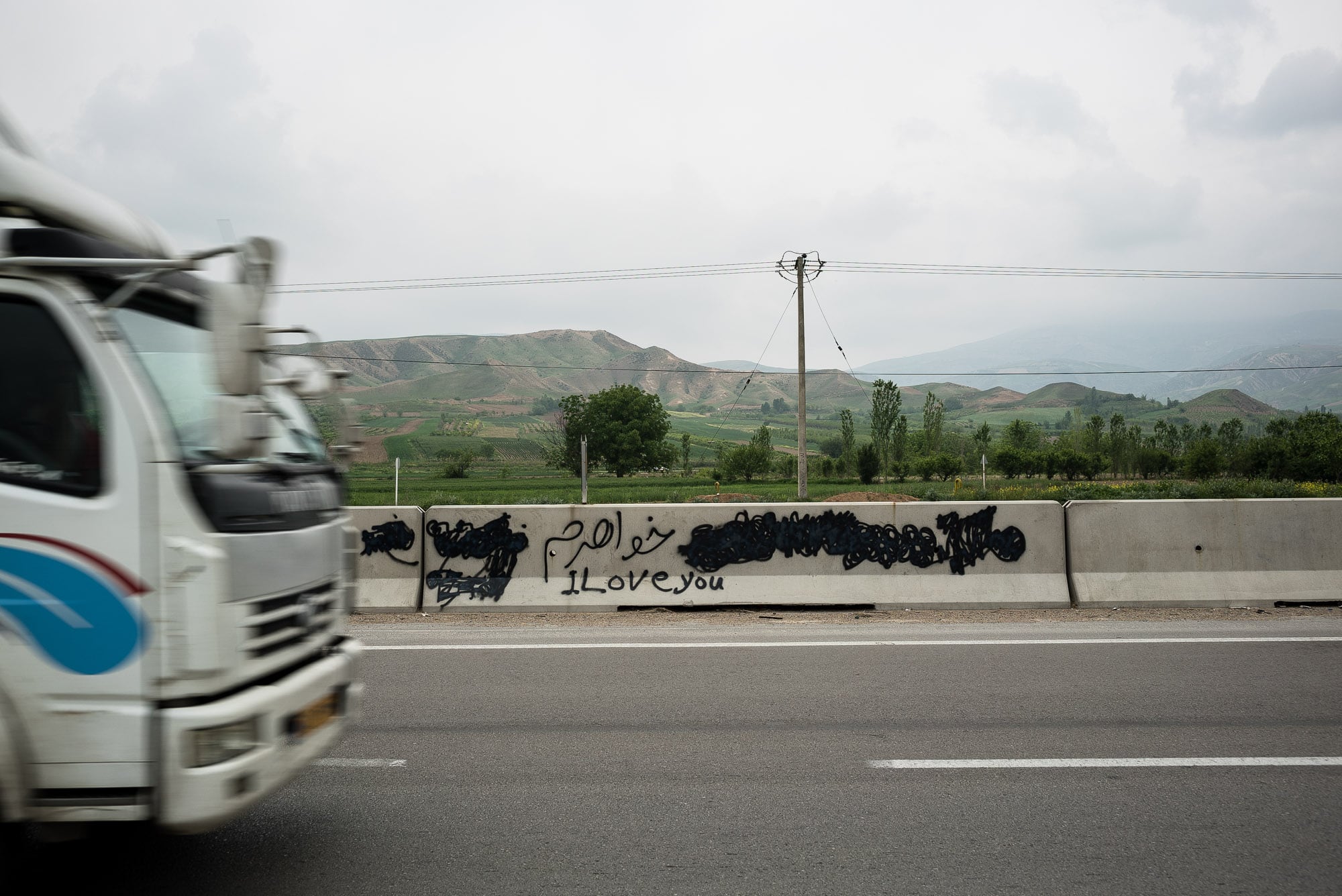 But there was hope. Studying the map beforehand had revealed a dirt path that went parallel to the main road. Only when I tried to take it, these two friendly farmers showed up and apologized because they had set it under water: 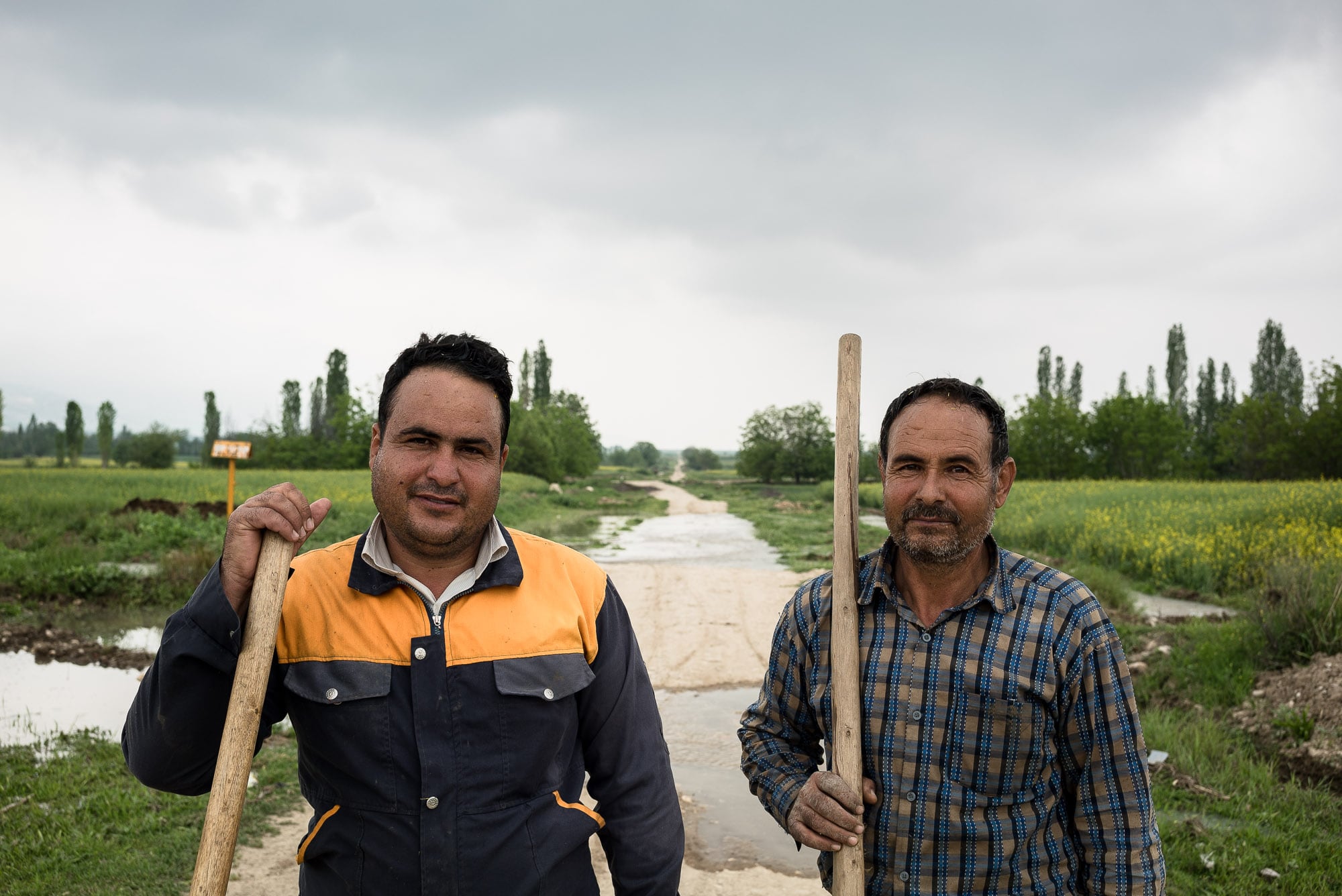 I ended up taking a detour around the water, and then I was finally on the dirt path: 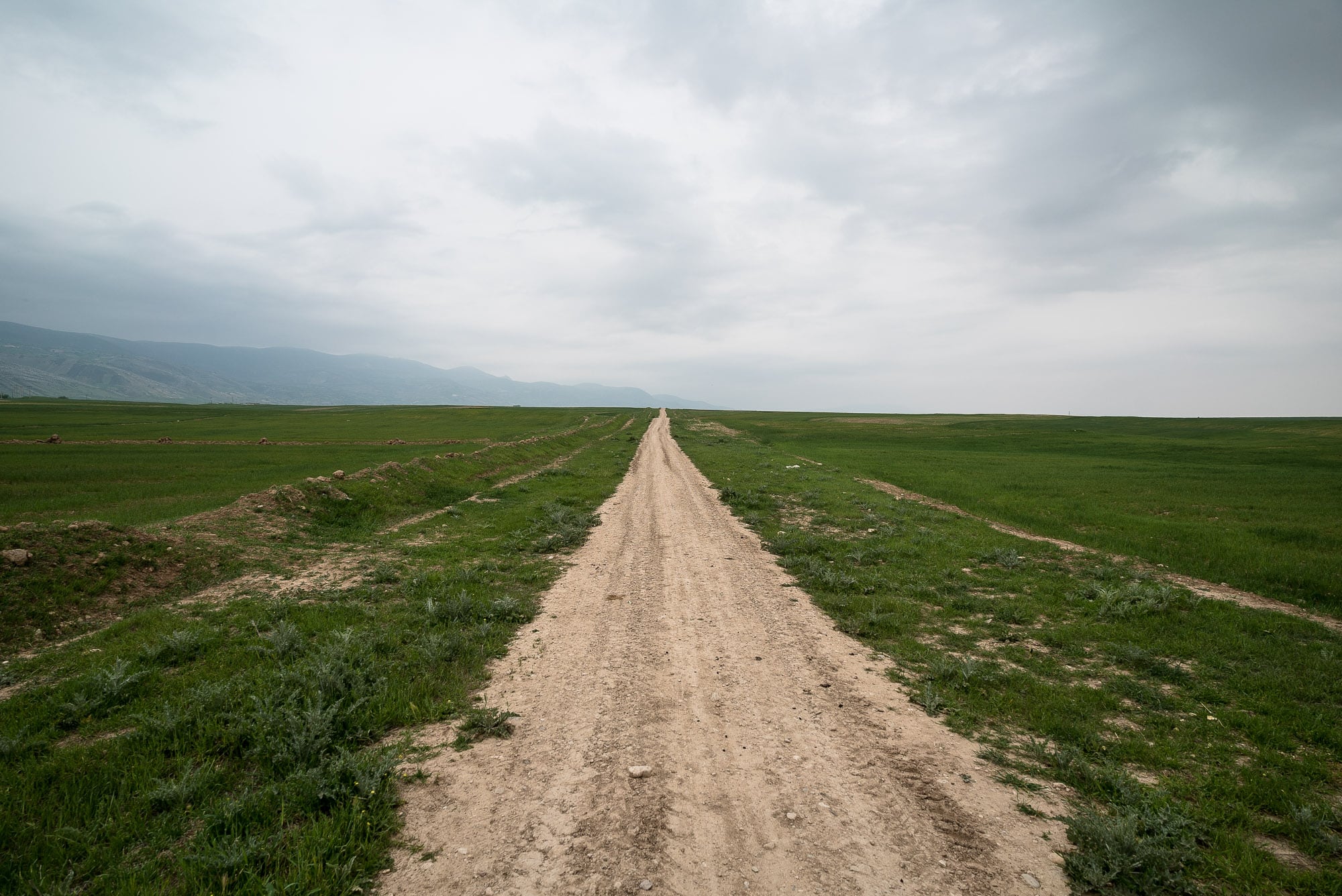 I felt like I belonged there – it was peaceful and quiet, with the occasional cow or a horseman appearing out of nowhere: 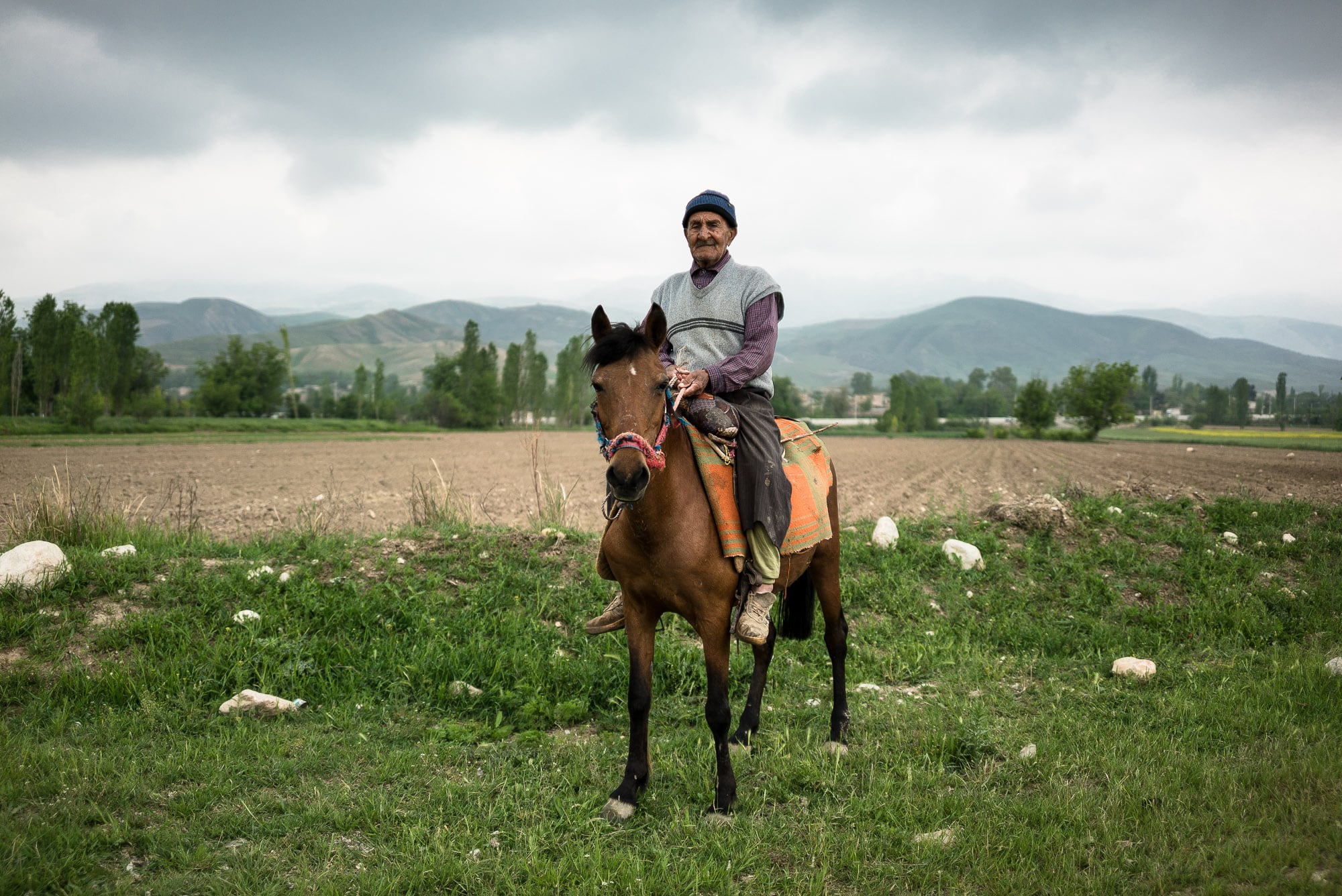 When it started raining, the dirt path quickly turned to mud, so I went back to the main road and looked for cover under a mulberry tree. These campers were just getting ready to leave: 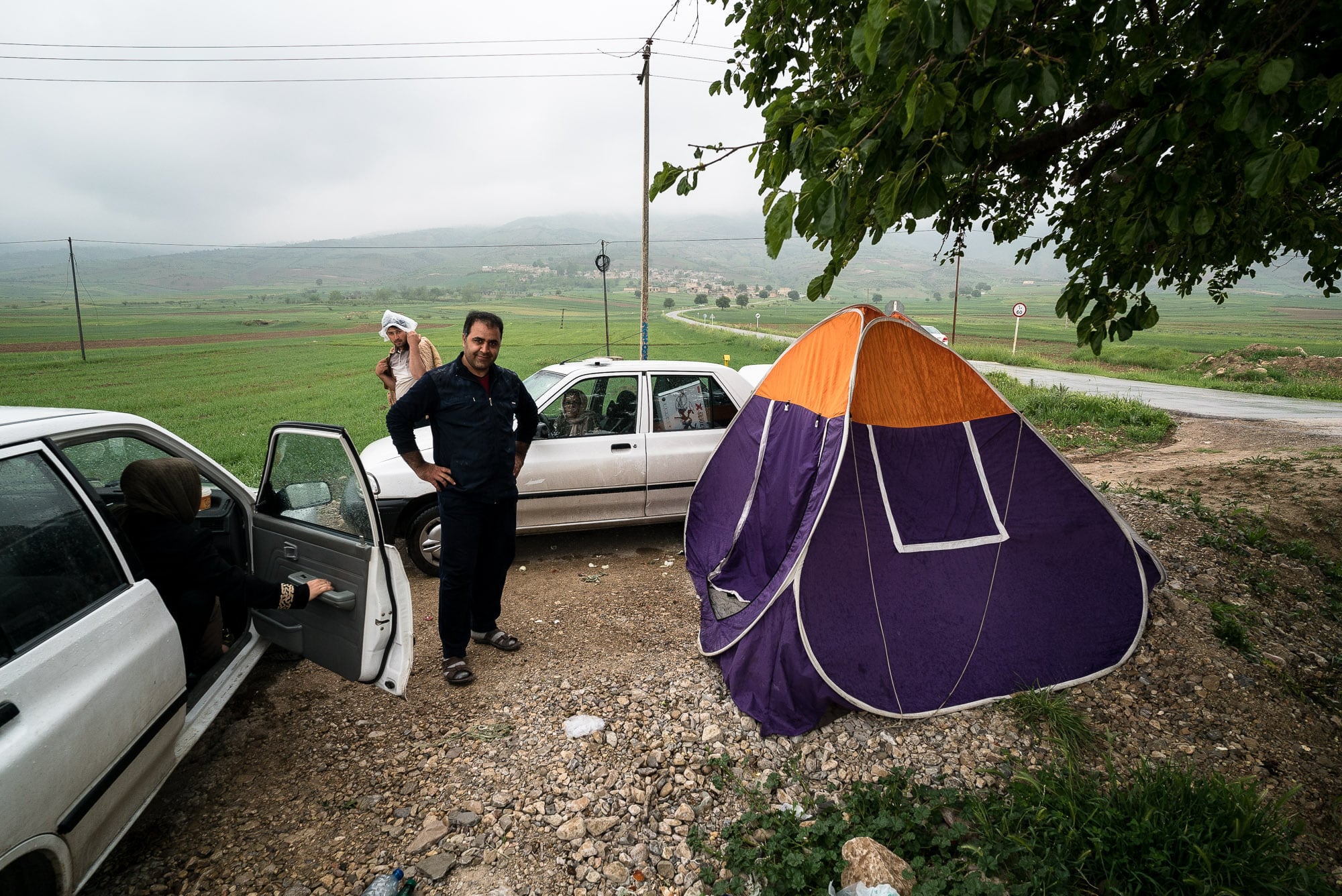 The rest of the way was mind-crushing. It went uphill, it went through rain, and the traffic was surprisingly dense: 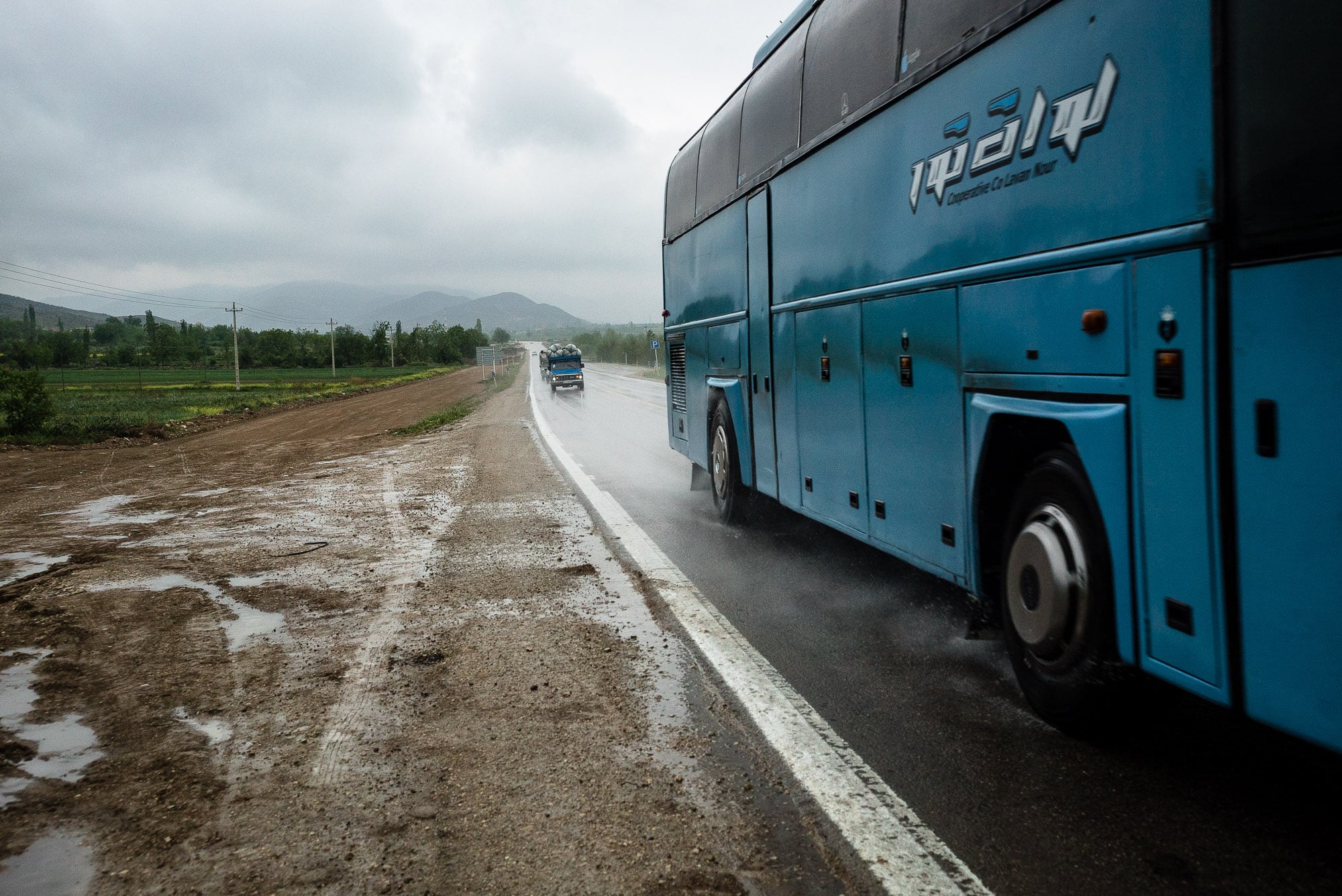 When I got close to Jozak, a small settlement right before a major uphill section of the road, a dude stopped his car and told me which restaurant I was supposed to go to in order to find shelter for the night: 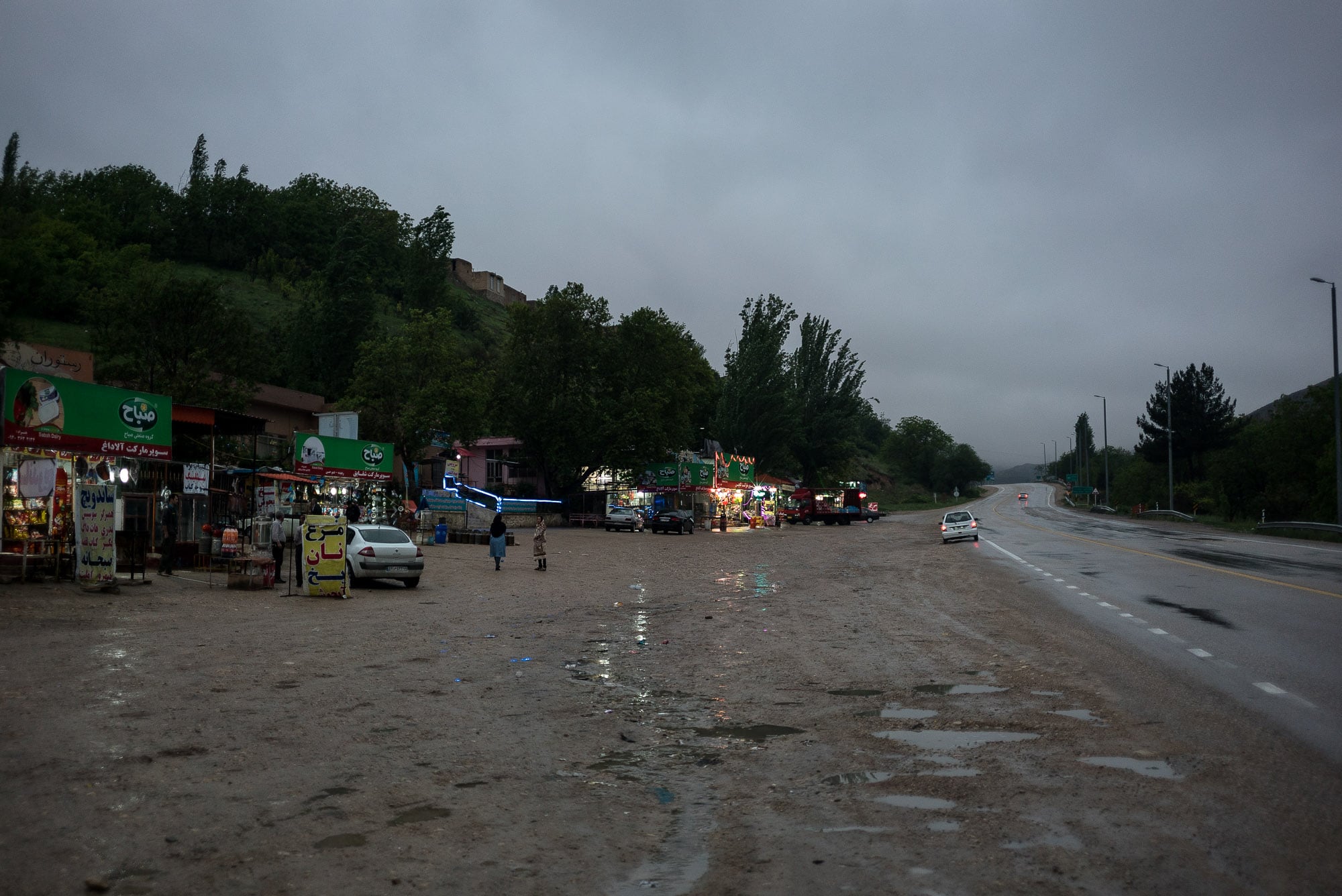 It was that of Abolfaz and his cousin Yusuf: 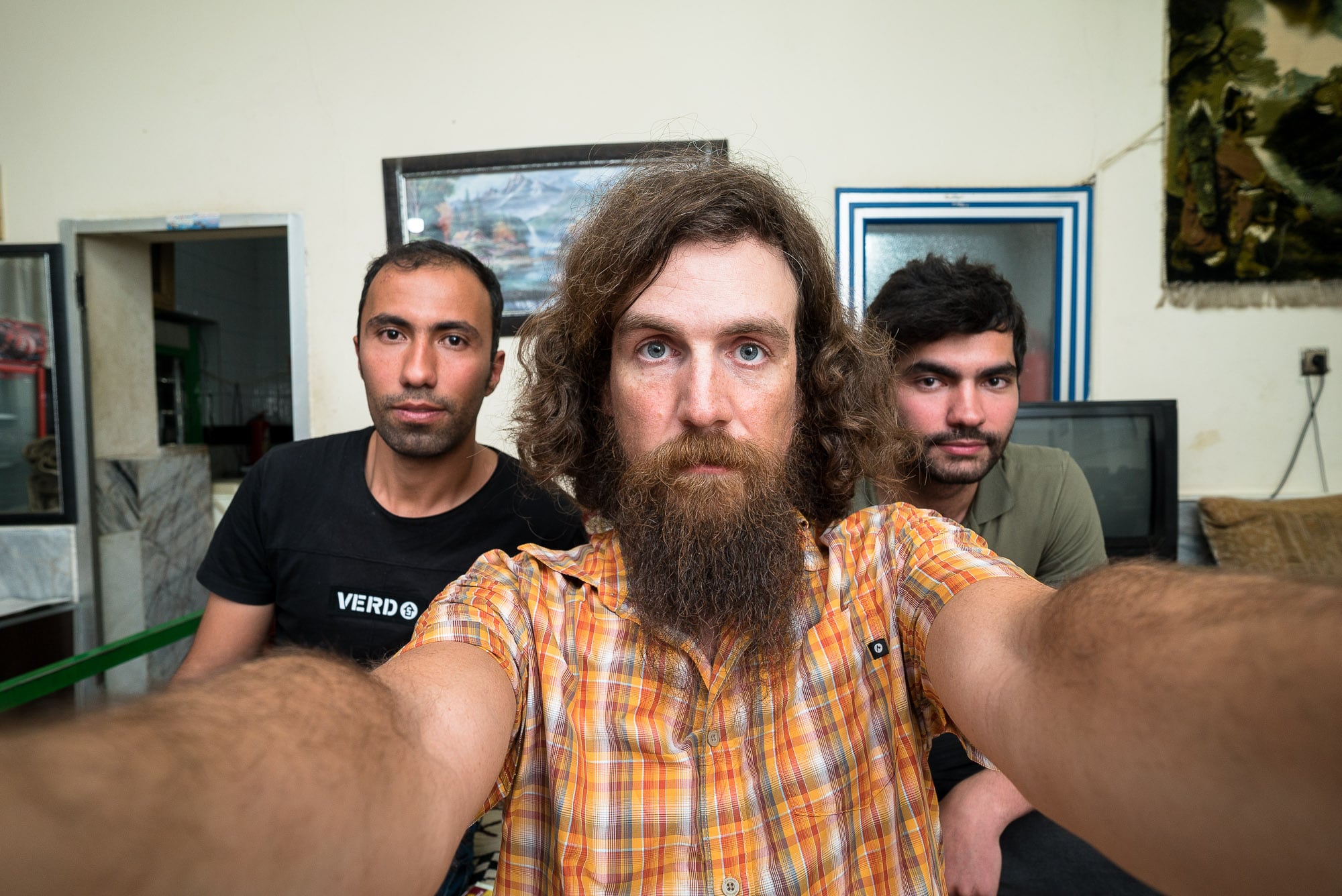 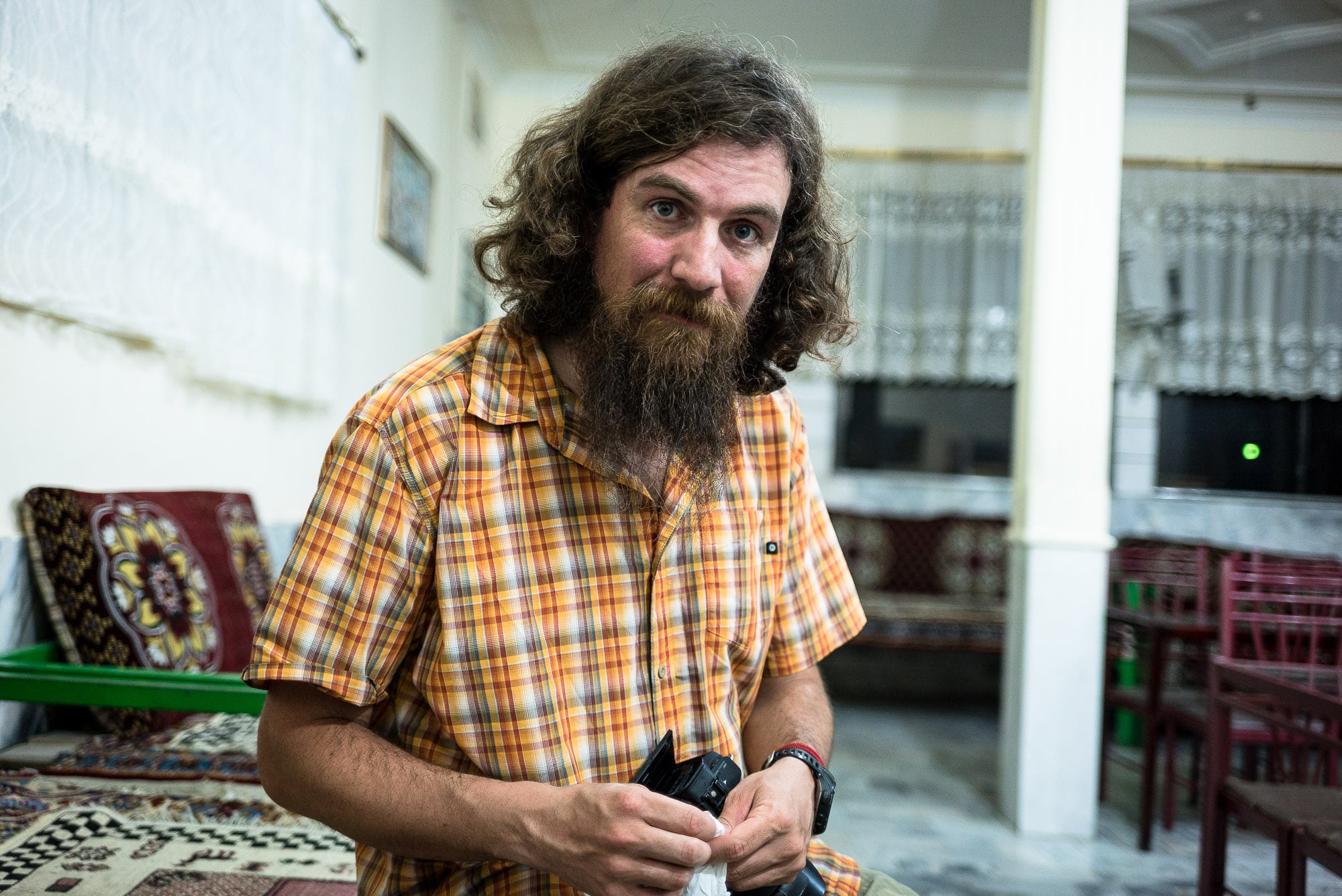 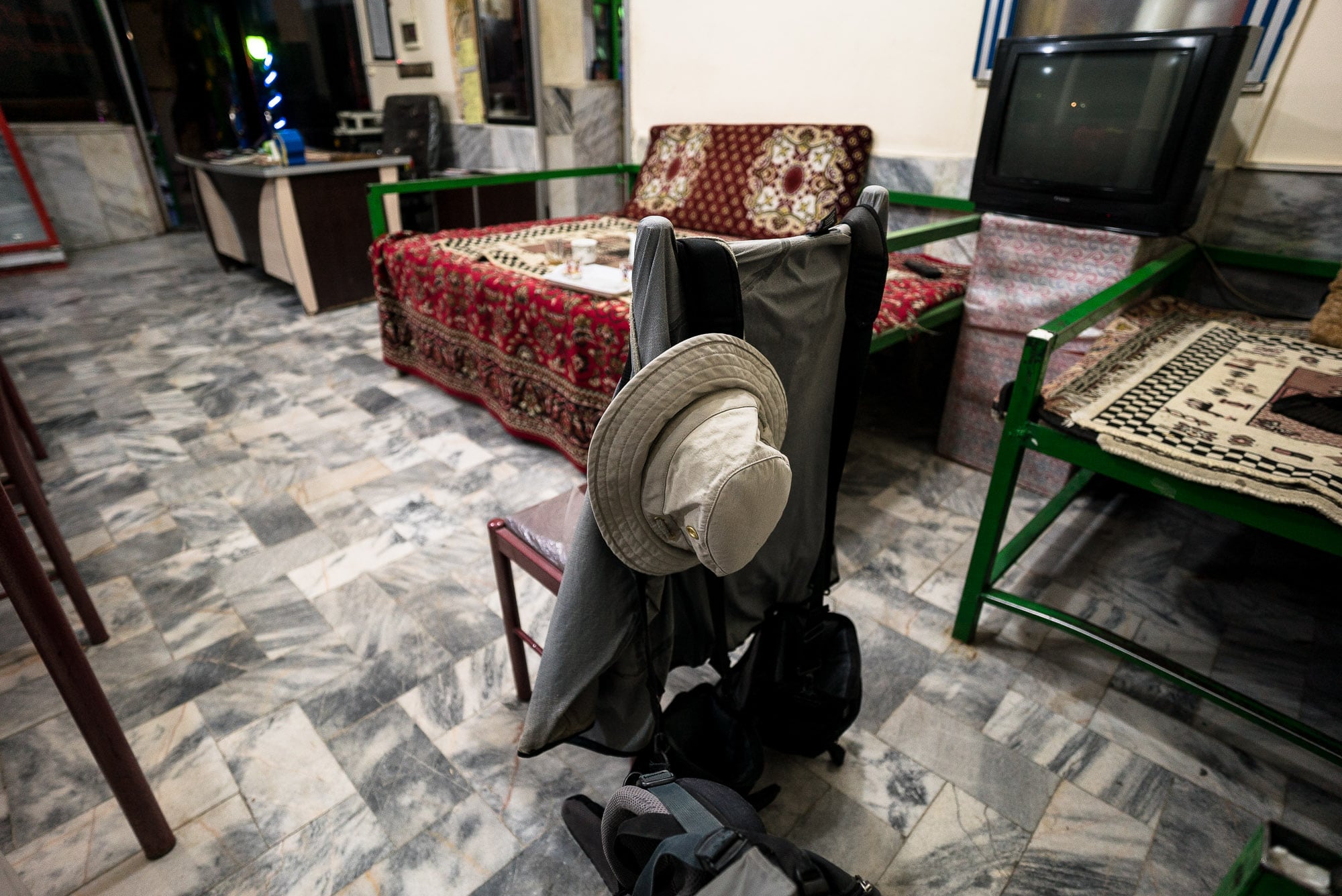 Then they gave me some kebab: 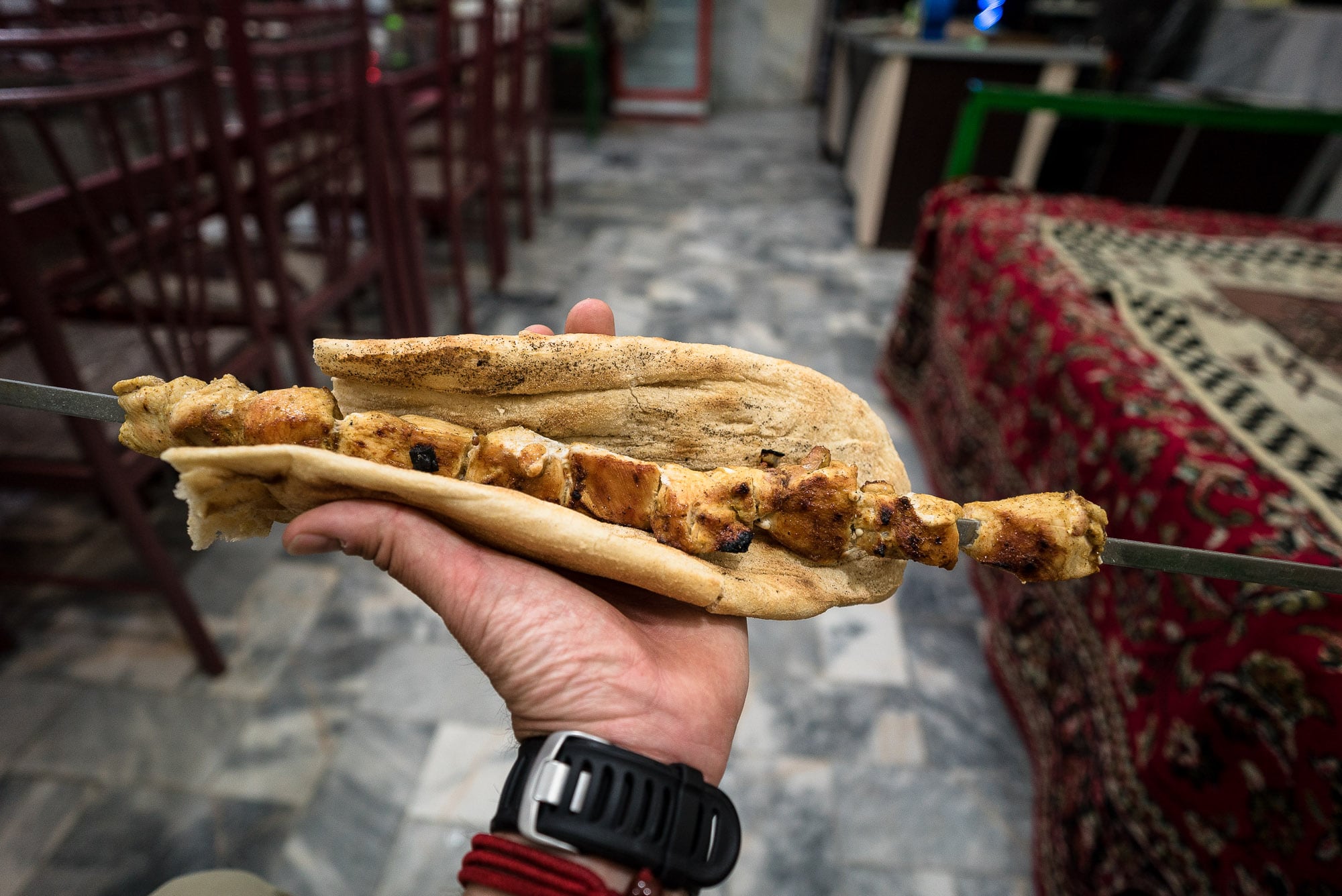 Then we sat there, talking about cameras and traveling, while they smoked… 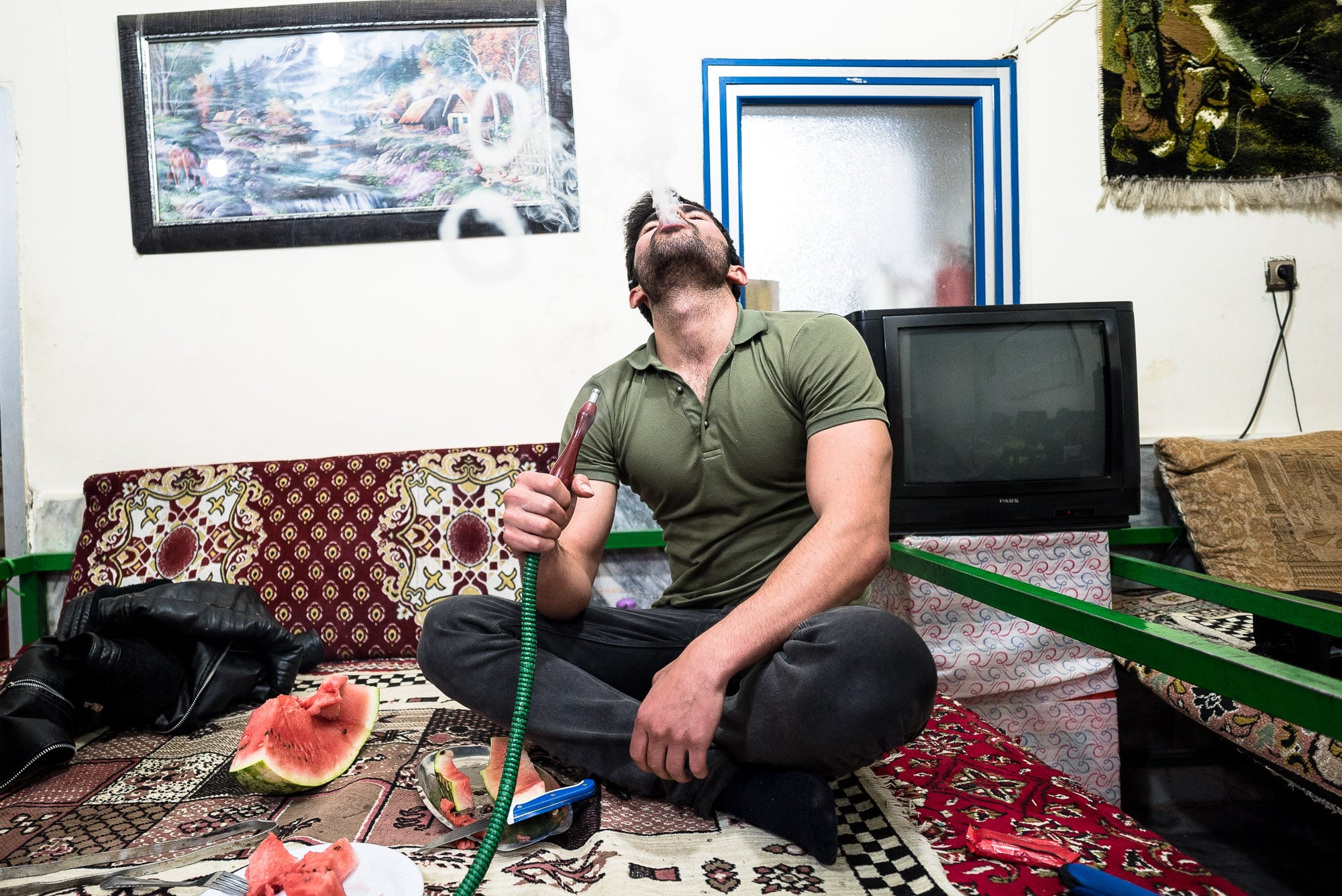 …and I took pictures: 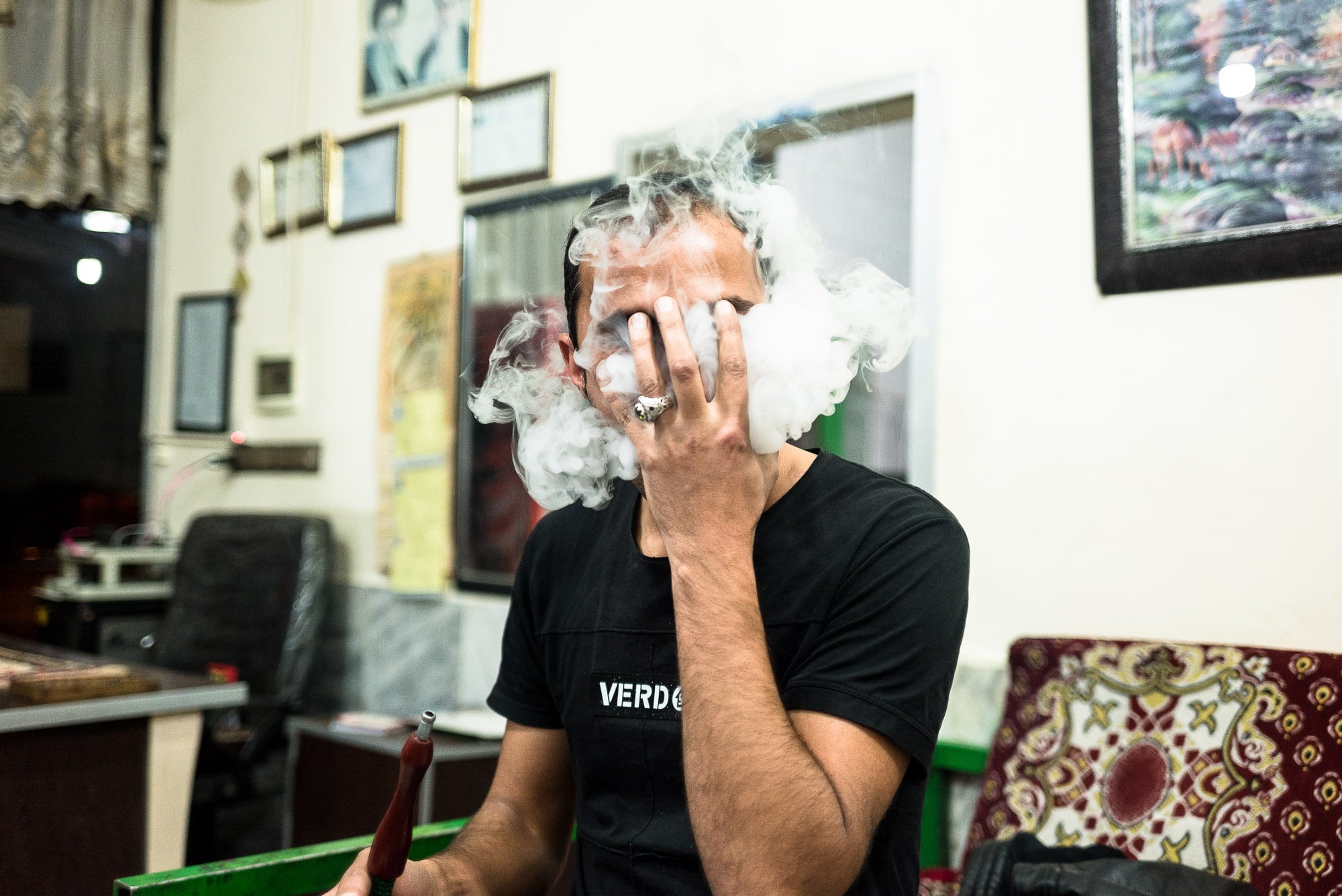