In the morning, I had to say goodbye two times. First to Rasul (who still didn’t smile for photos): 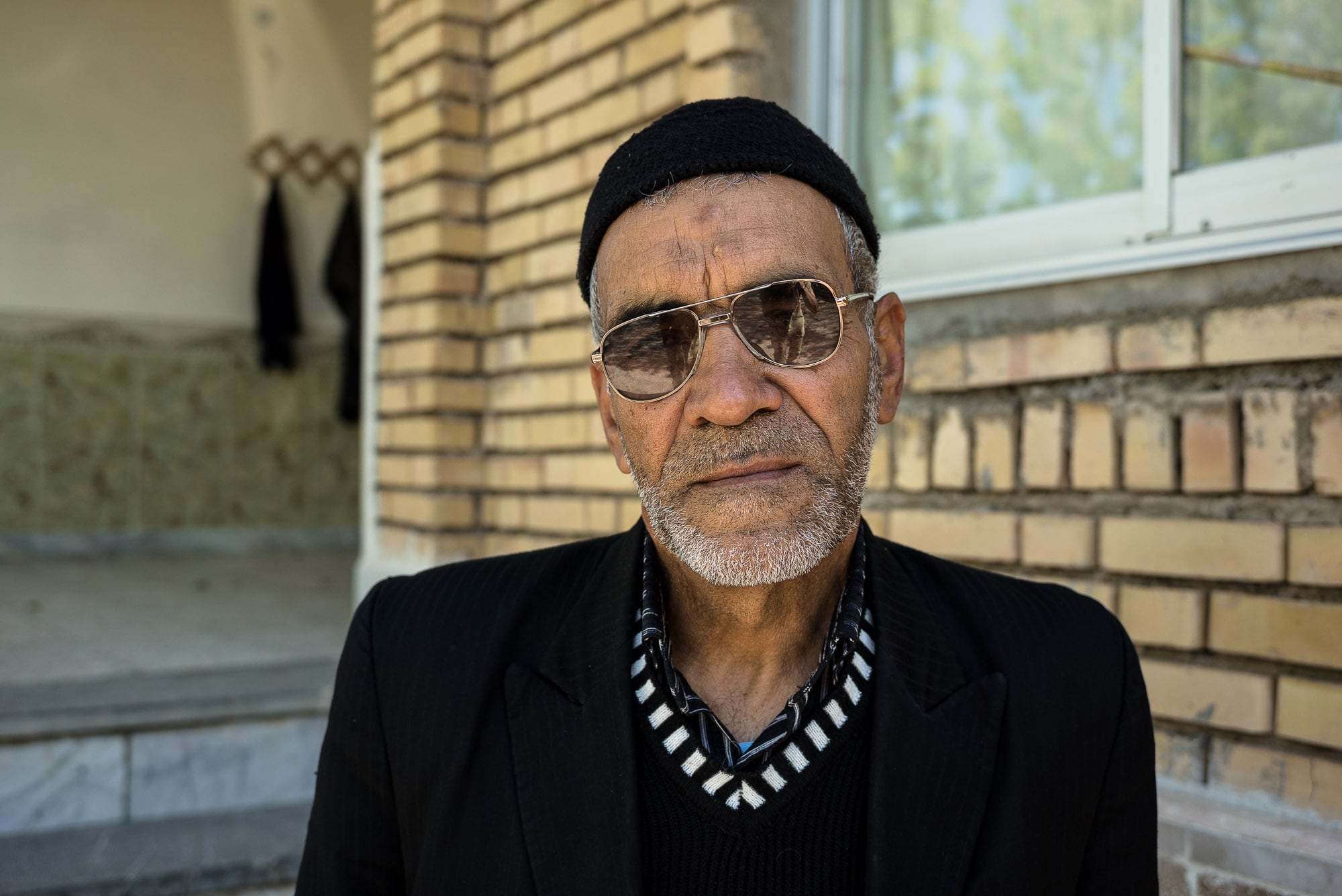 And then to Mohsen (who had to go back to the city): 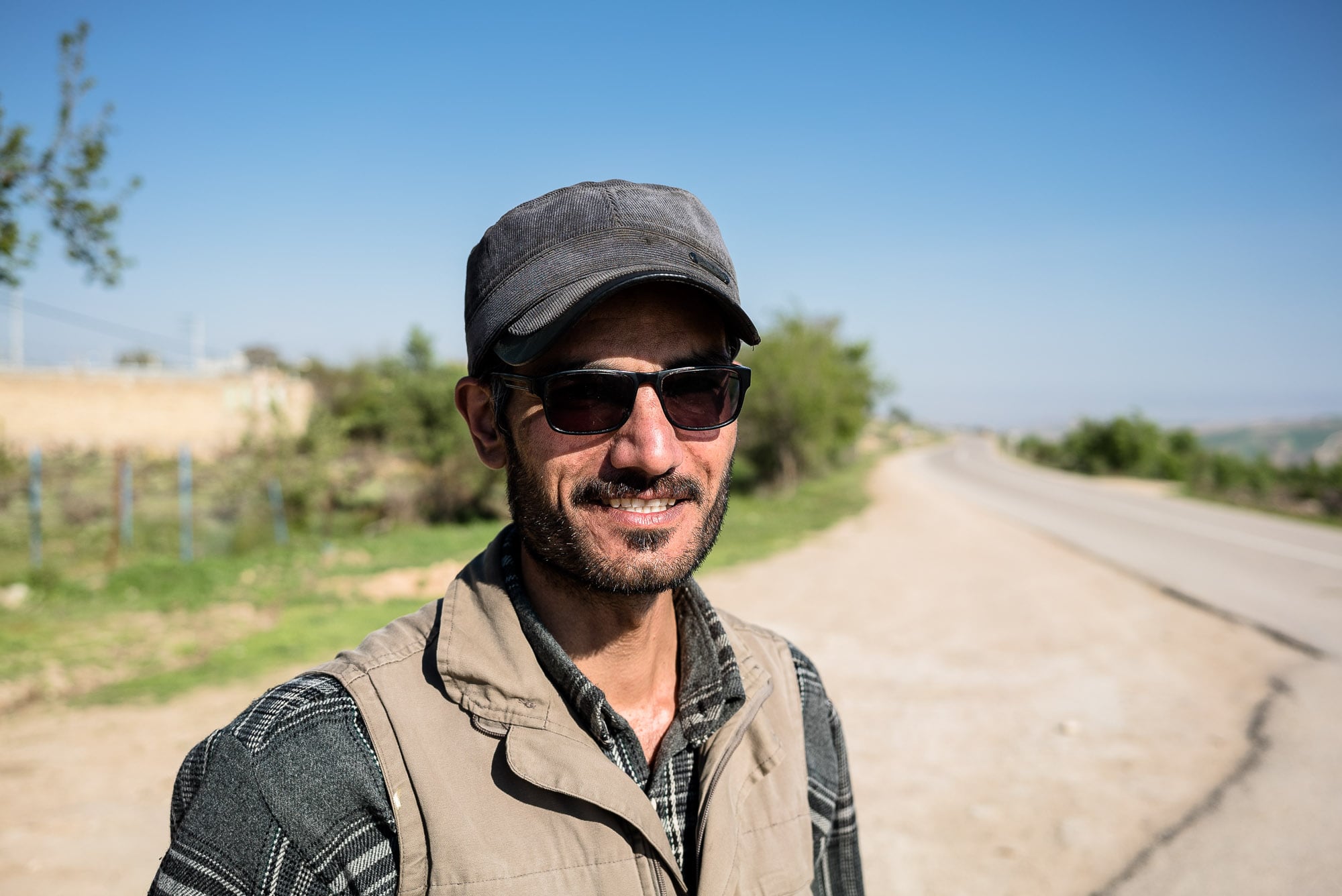 Then I continued down the winding mountain roads: 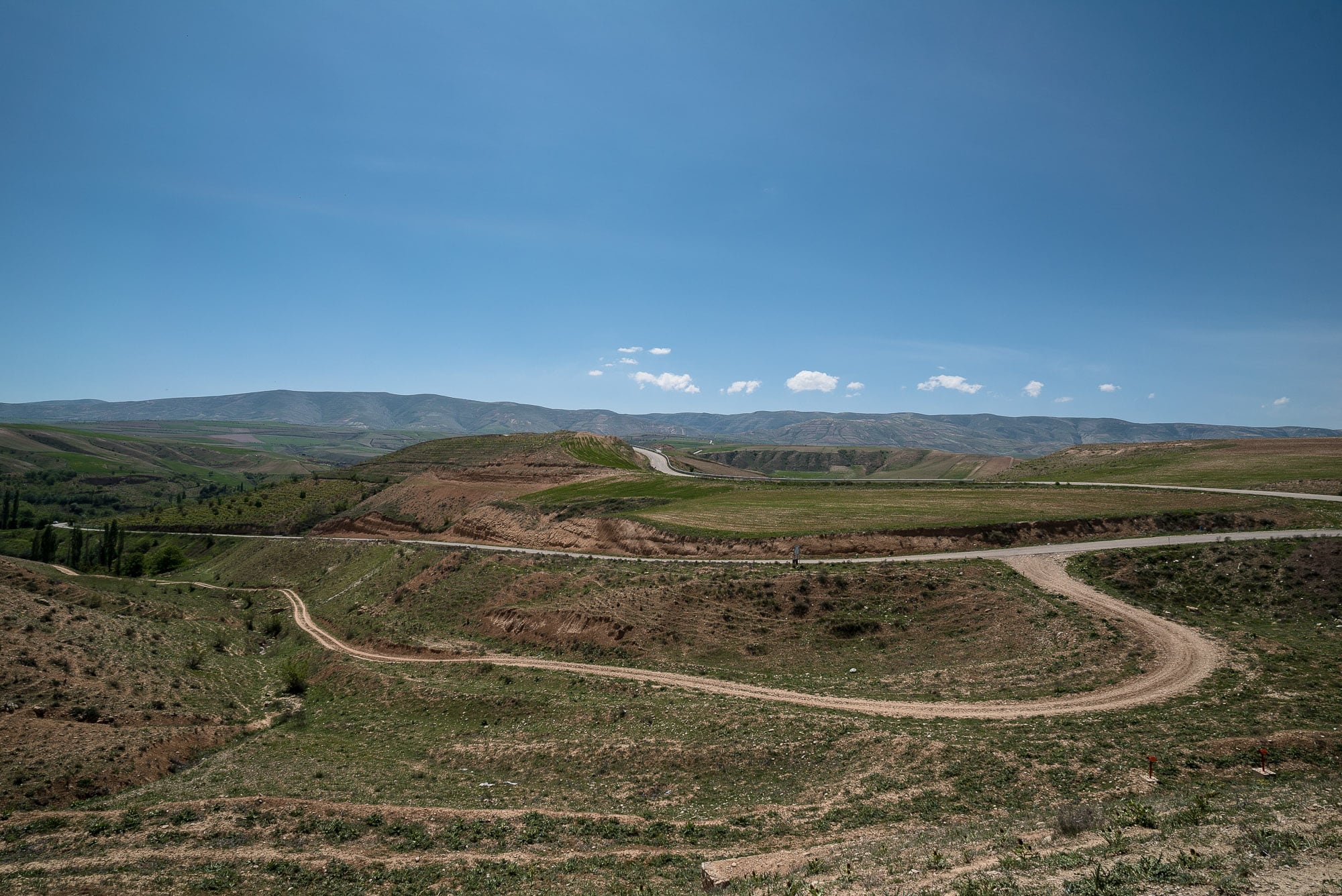 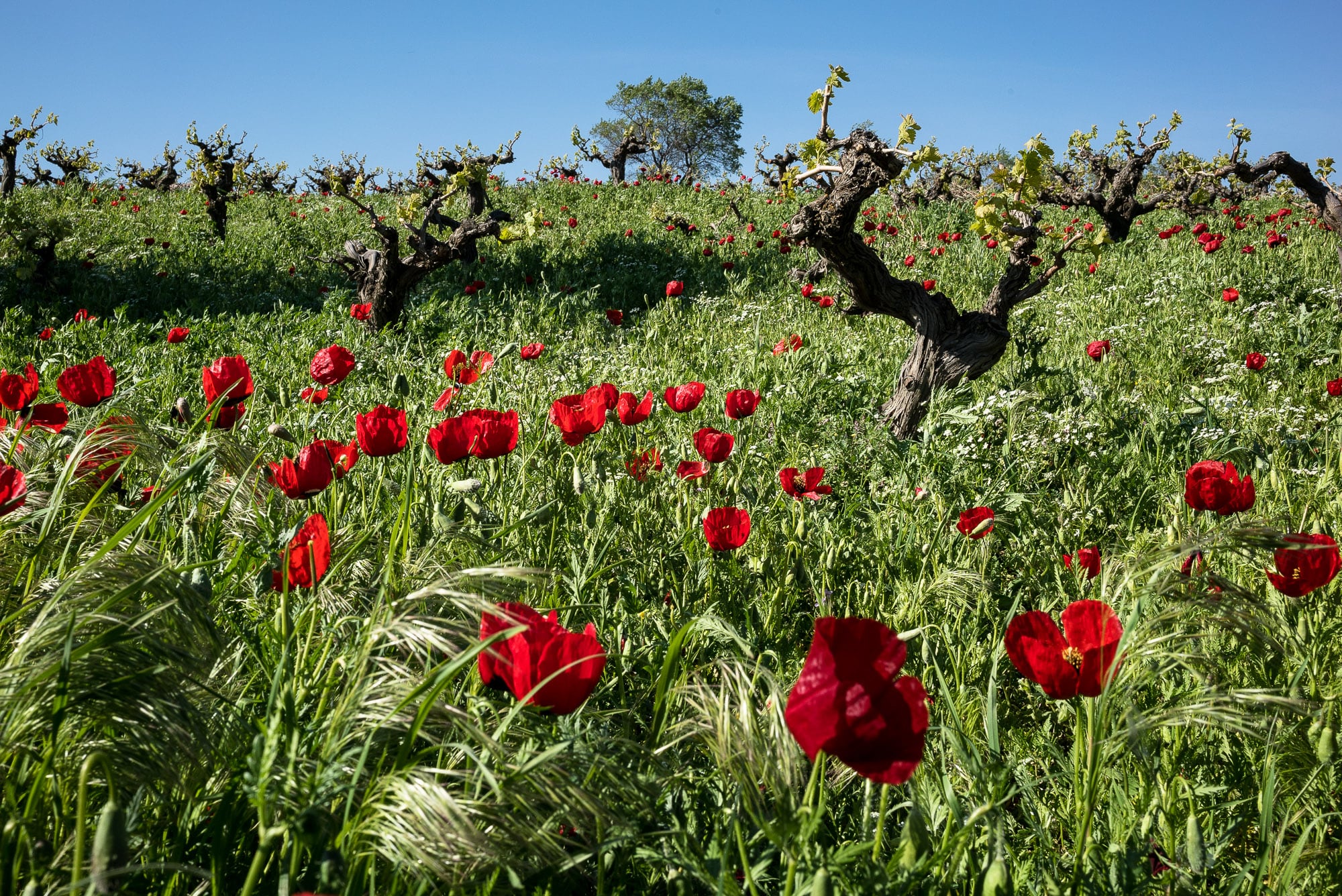 And sometimes I saw roads that weren’t mine to walk, and I felt sad that I could not walk them all: 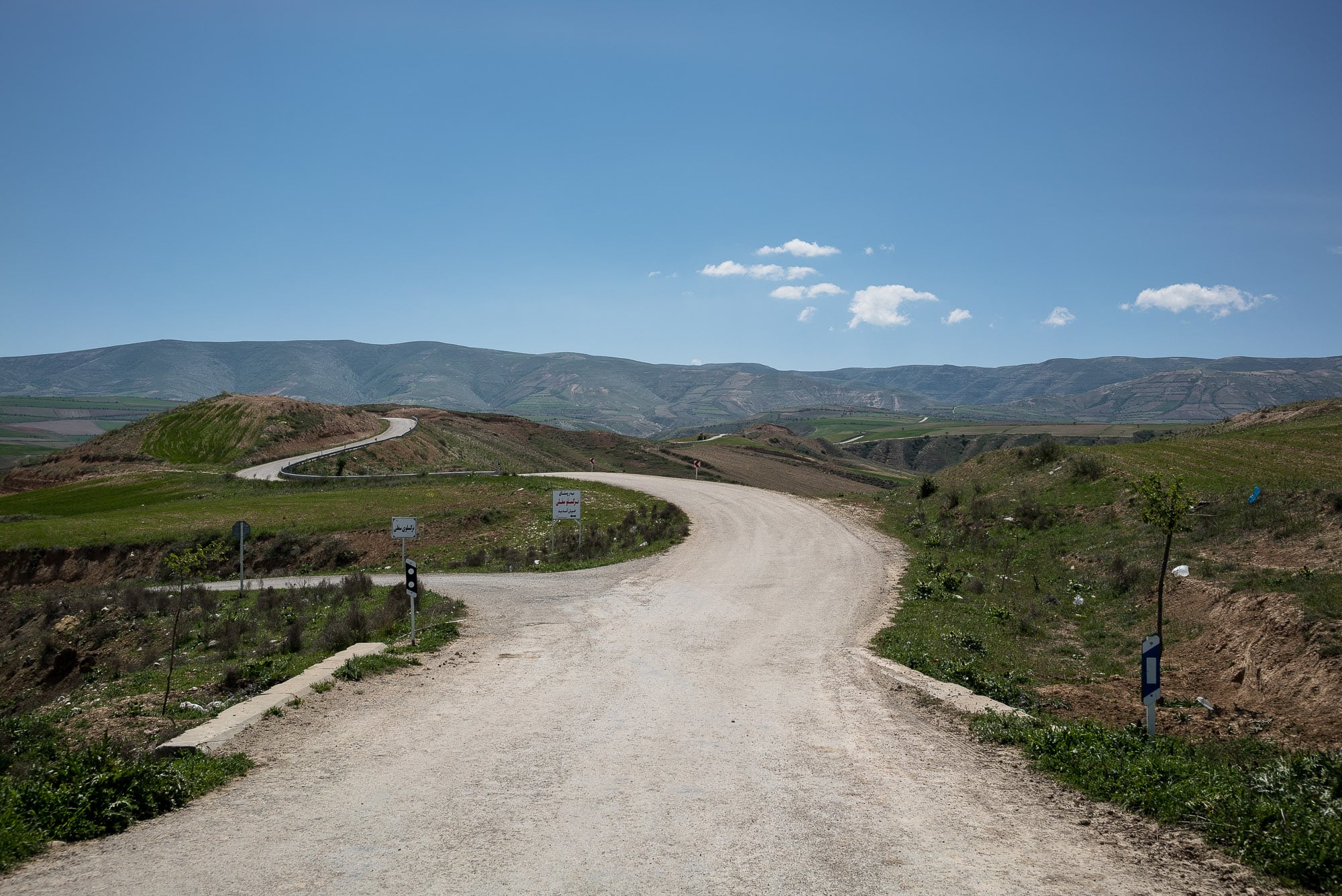 Mine was this one, though, and it wasn’t too bad, either: 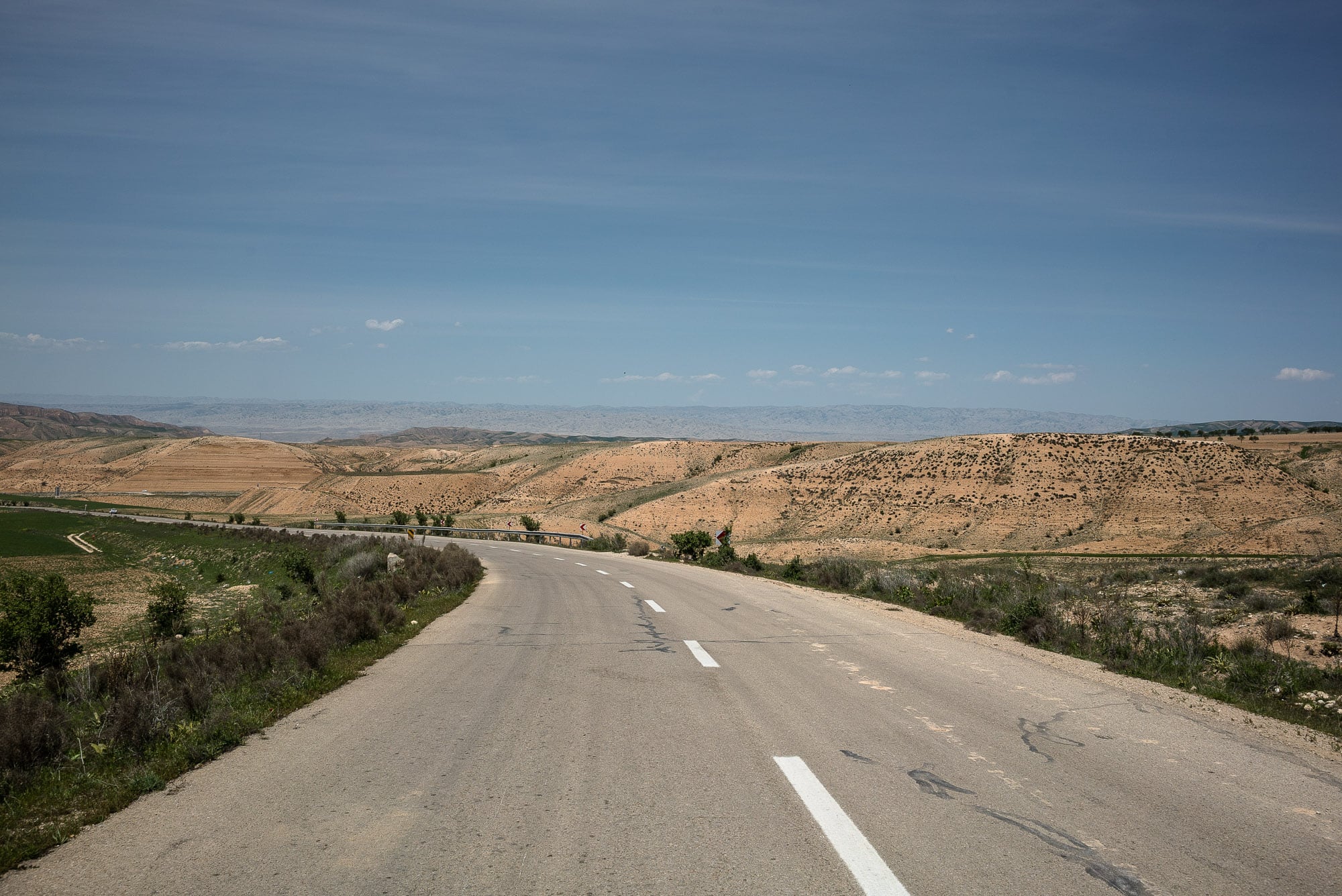 Sadly, it led back down to the highway, the grey tape with its cars and thundering trucks: 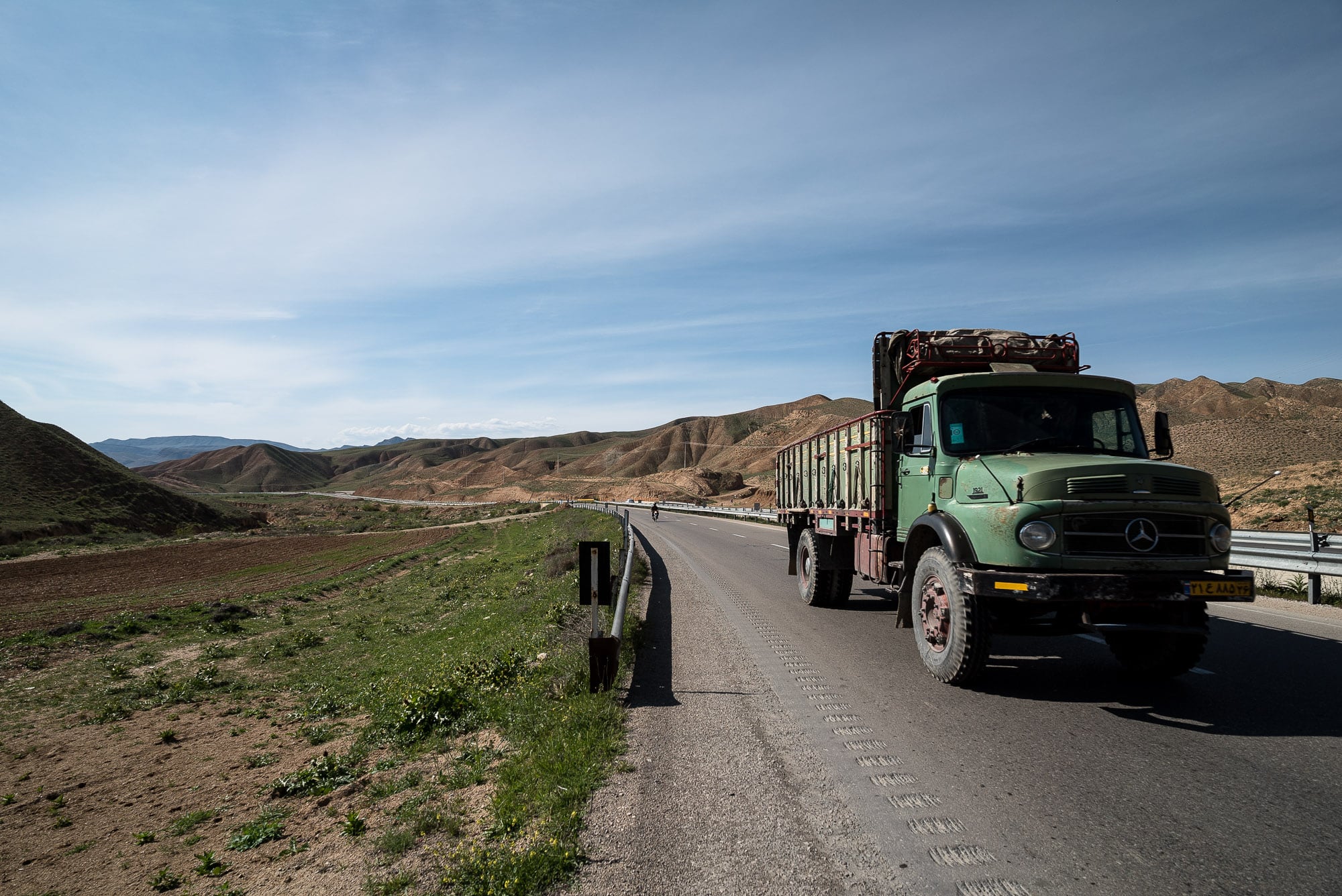 I found shelter from the sun and the noise in a pavilion that had been erected for people who wanted to pray: 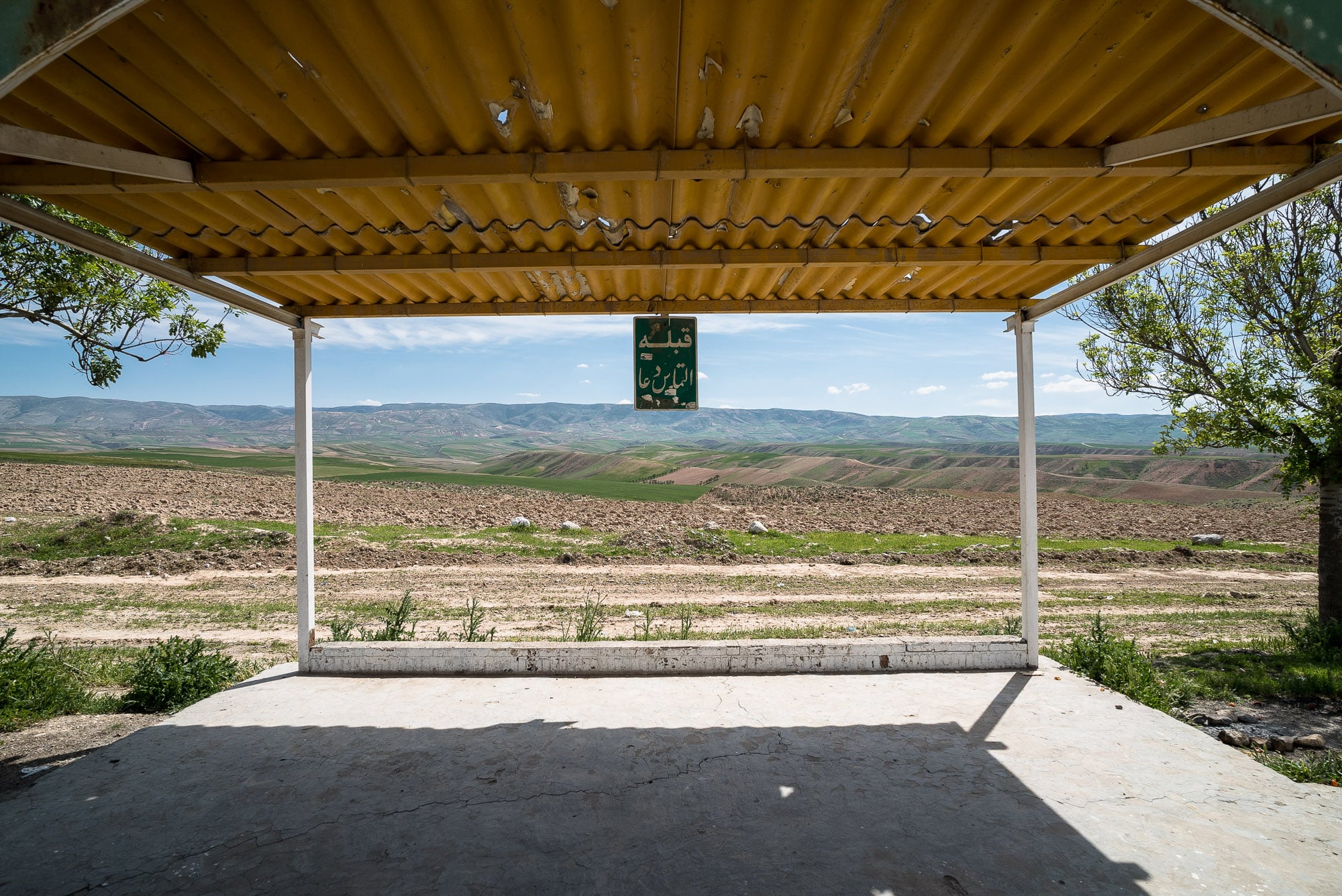 Walking along the highway didn’t have much of the beauty and the quiet grandeur of the lonely mountain road. It was dry, loud, and often dangerous: 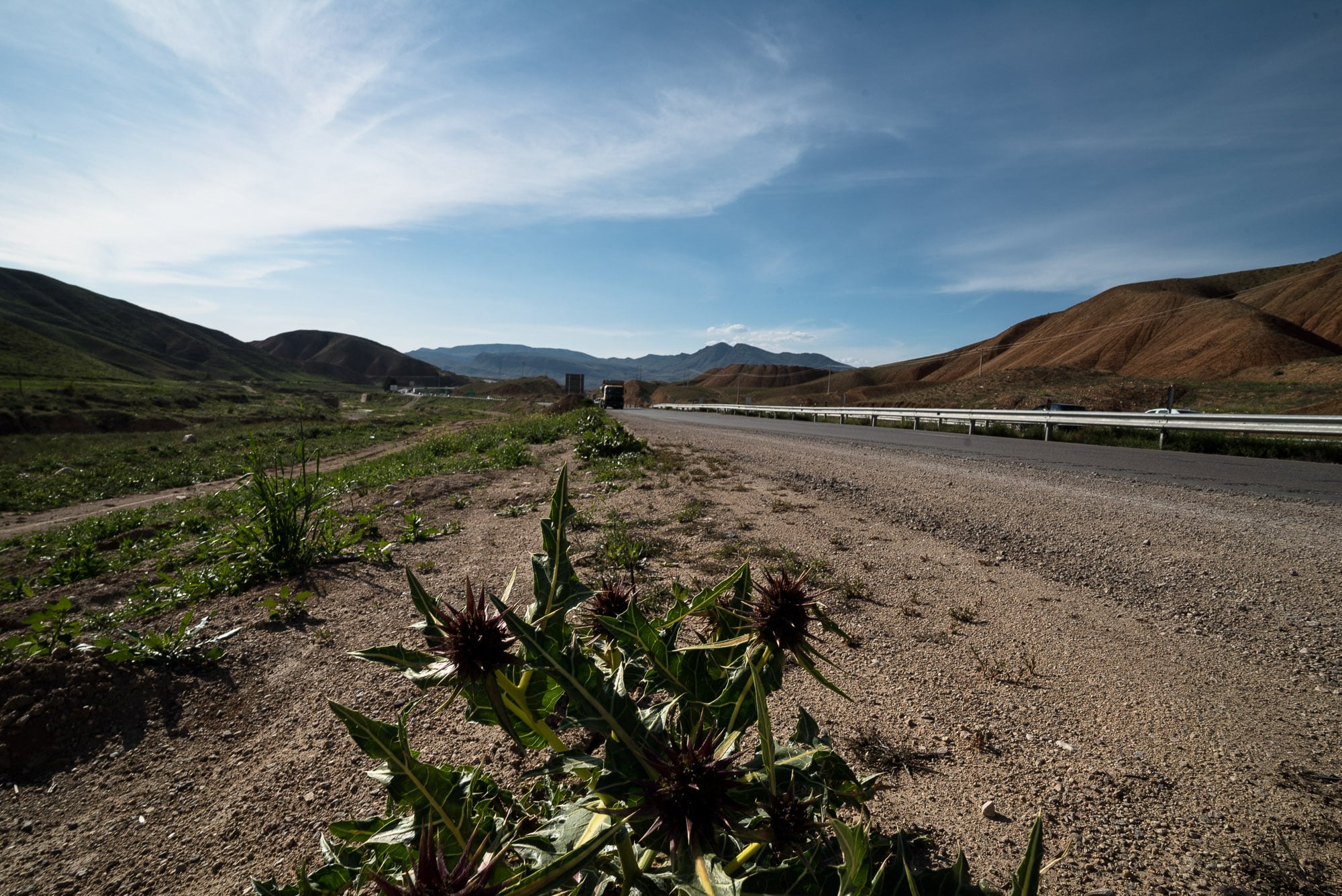 But one time I ran into a retiree who was riding his bicycle. He had brought a tiny elephant with him, a gift from his daughter, who was also a cyclist, he told me: 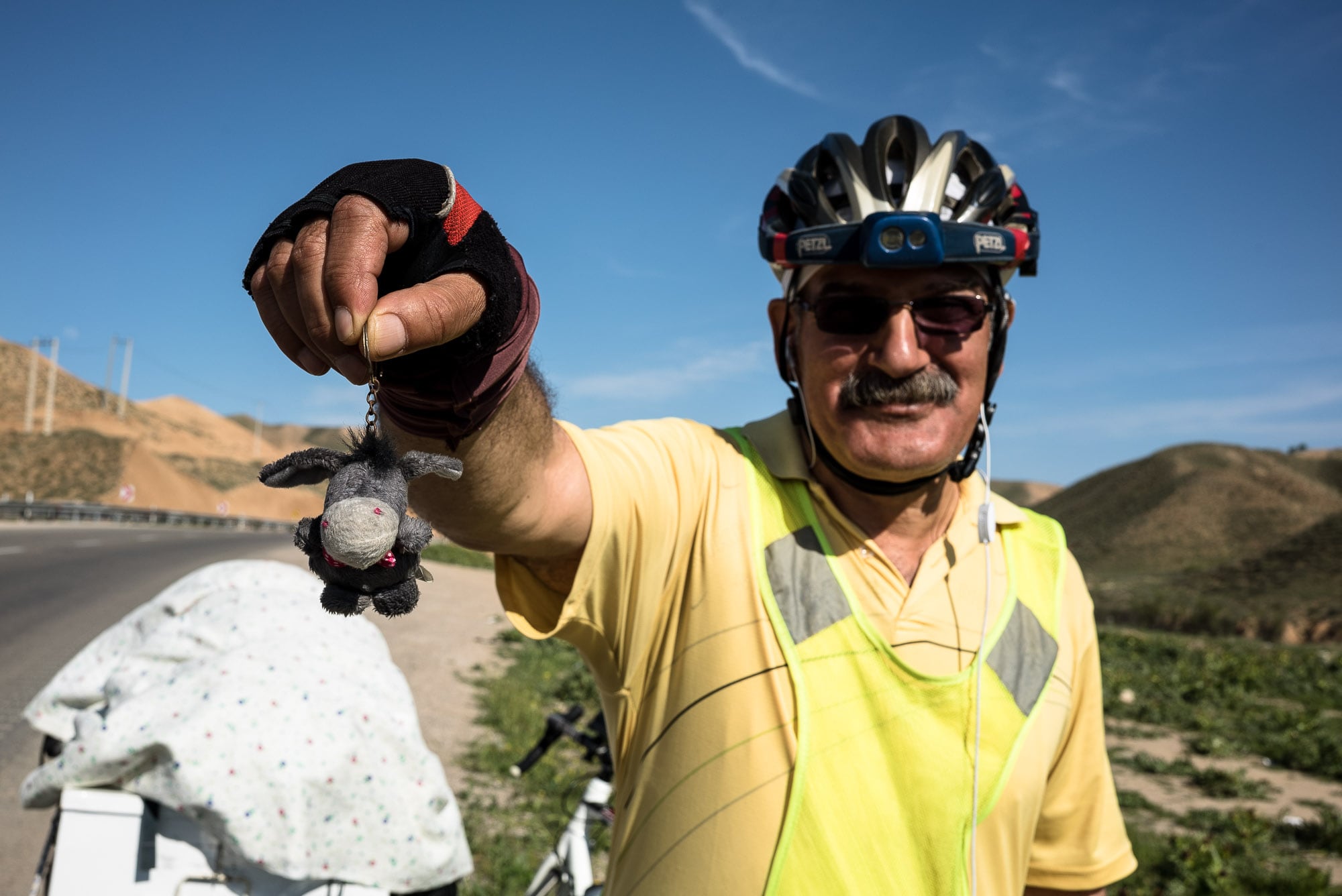 Alas, I failed to remember either of their names.

There was another road that was not going to be mine: 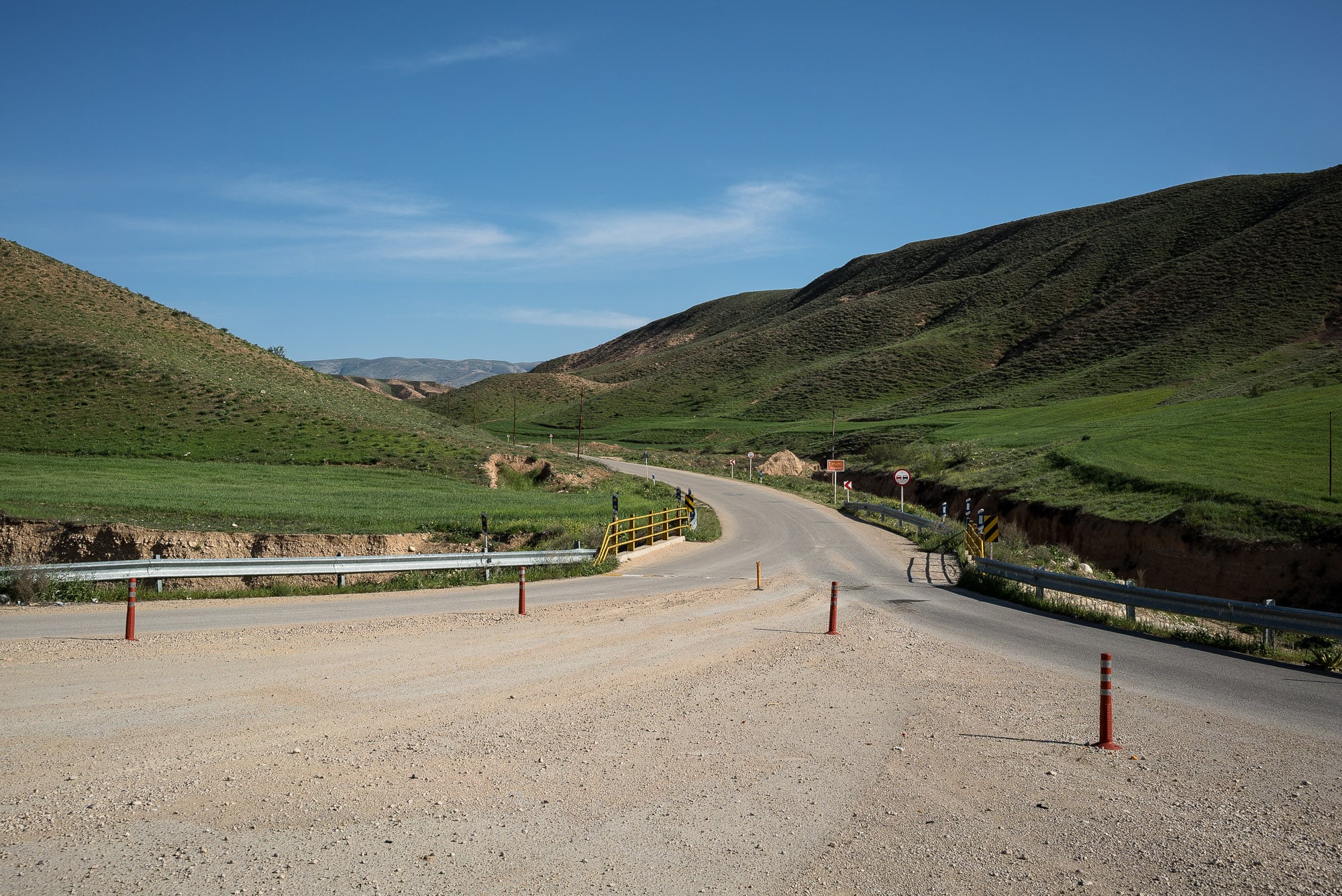 At the bottom of a long downhill slope, a group of taxi drivers were very amused by my sudden appearance: 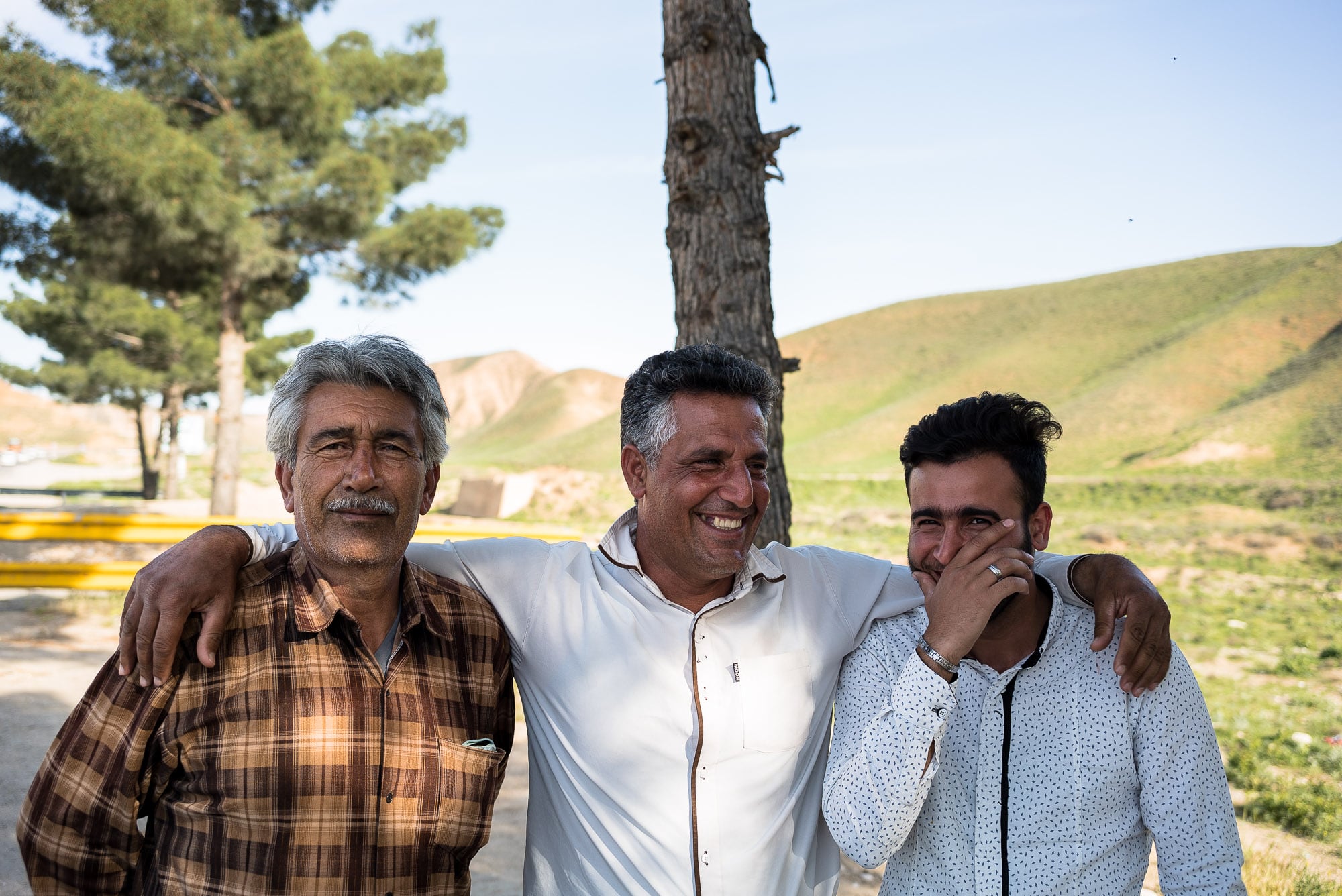 They told me it was only about 5km to Ashkhaneh, the little town where I was going to spend the night in a hotel. And they said it would be an easy walk. 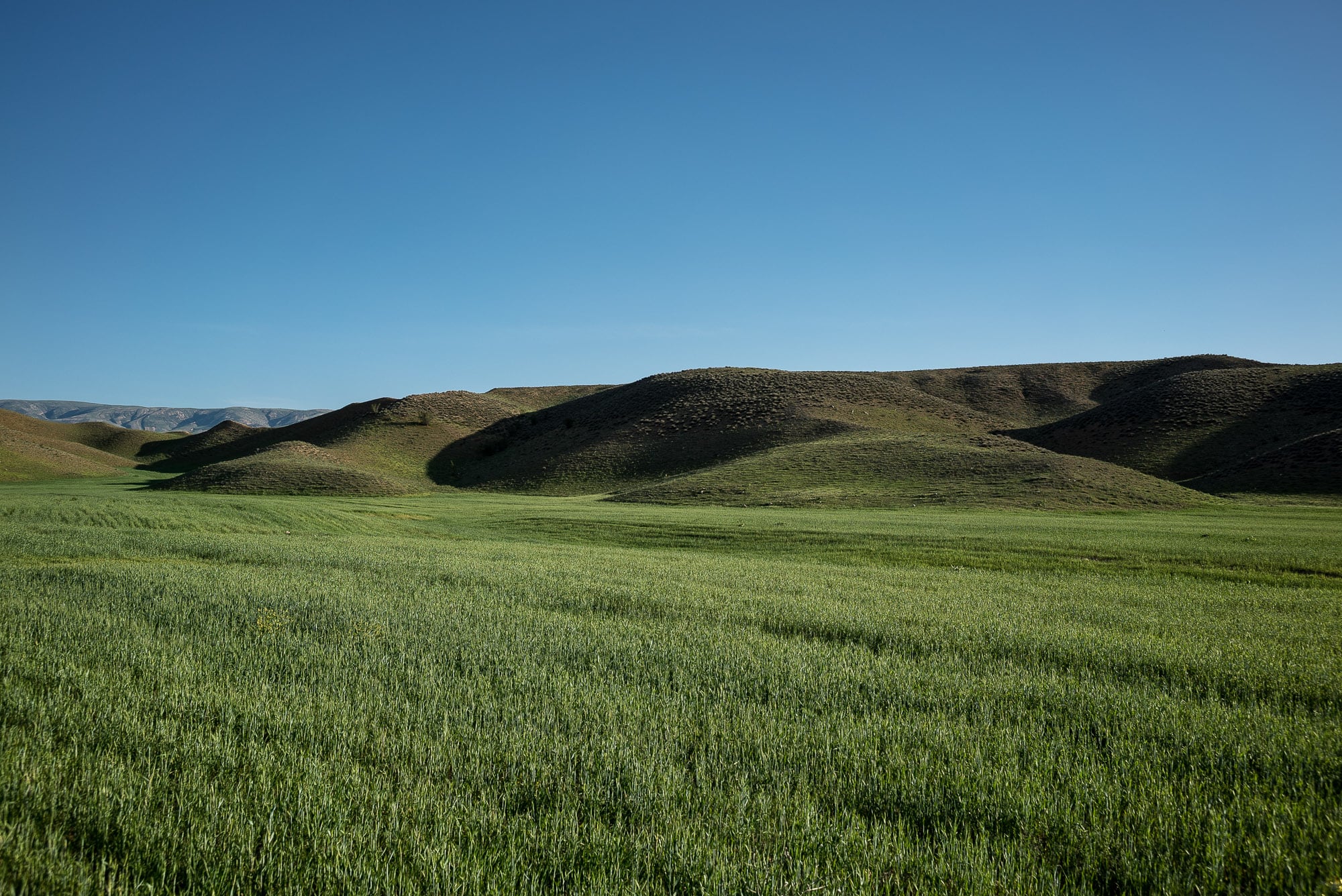 The land had turned into a lush dark green, and again I found myself looking down a road that I was not going to take: 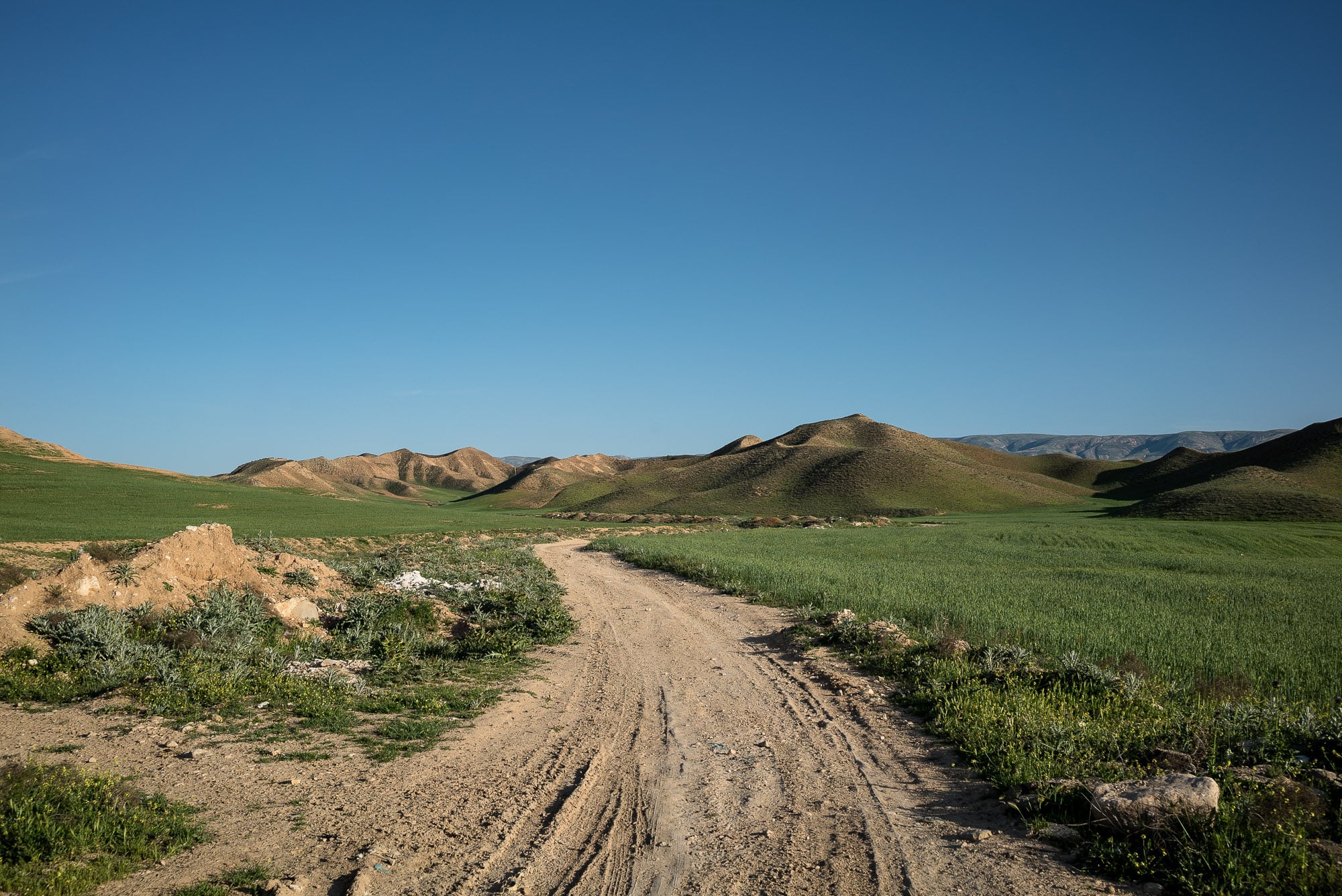 Then I arrived in Ashkhaneh: 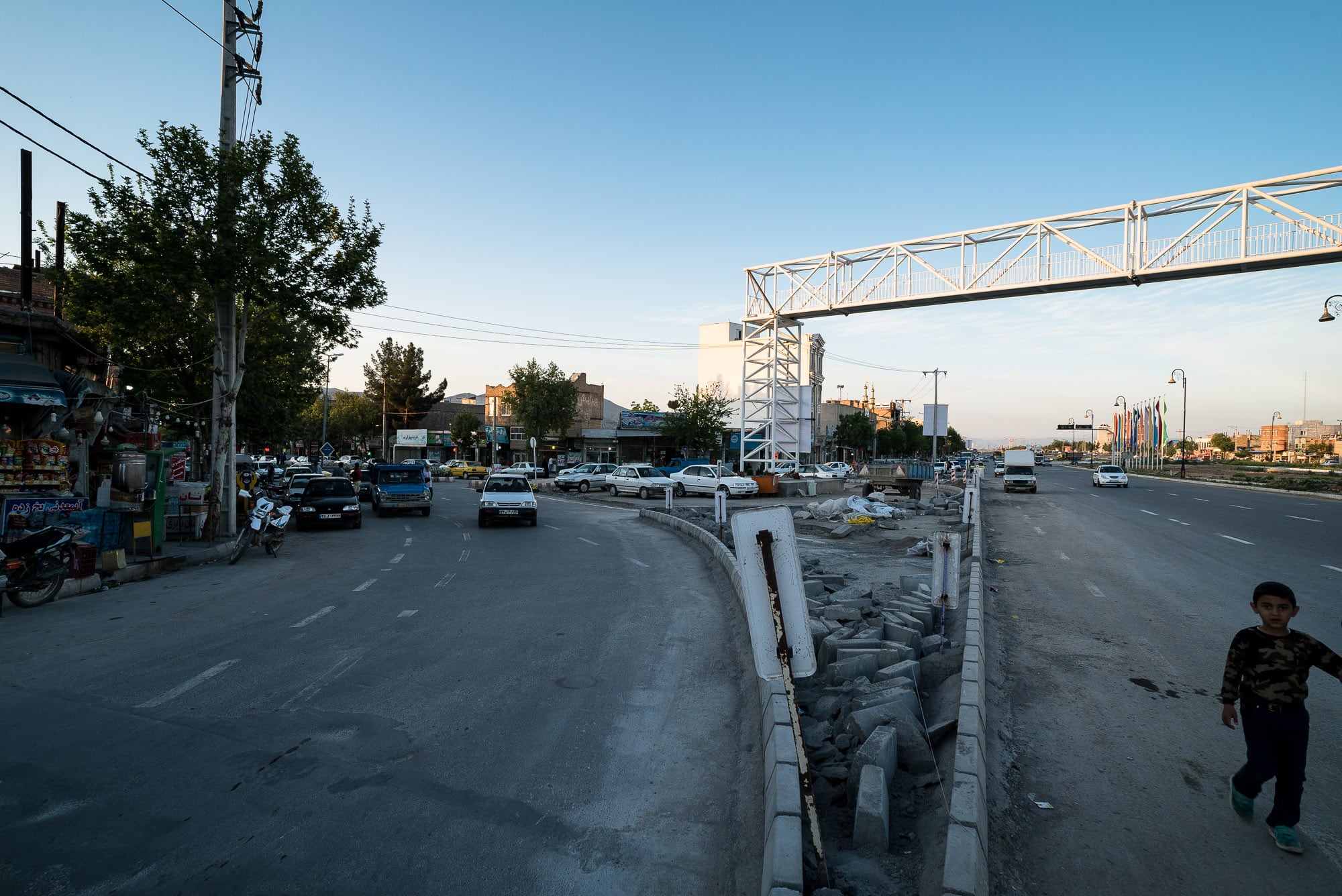 There were a lot of shops, restaurants, and car workshops along the road through Ashkhaneh: 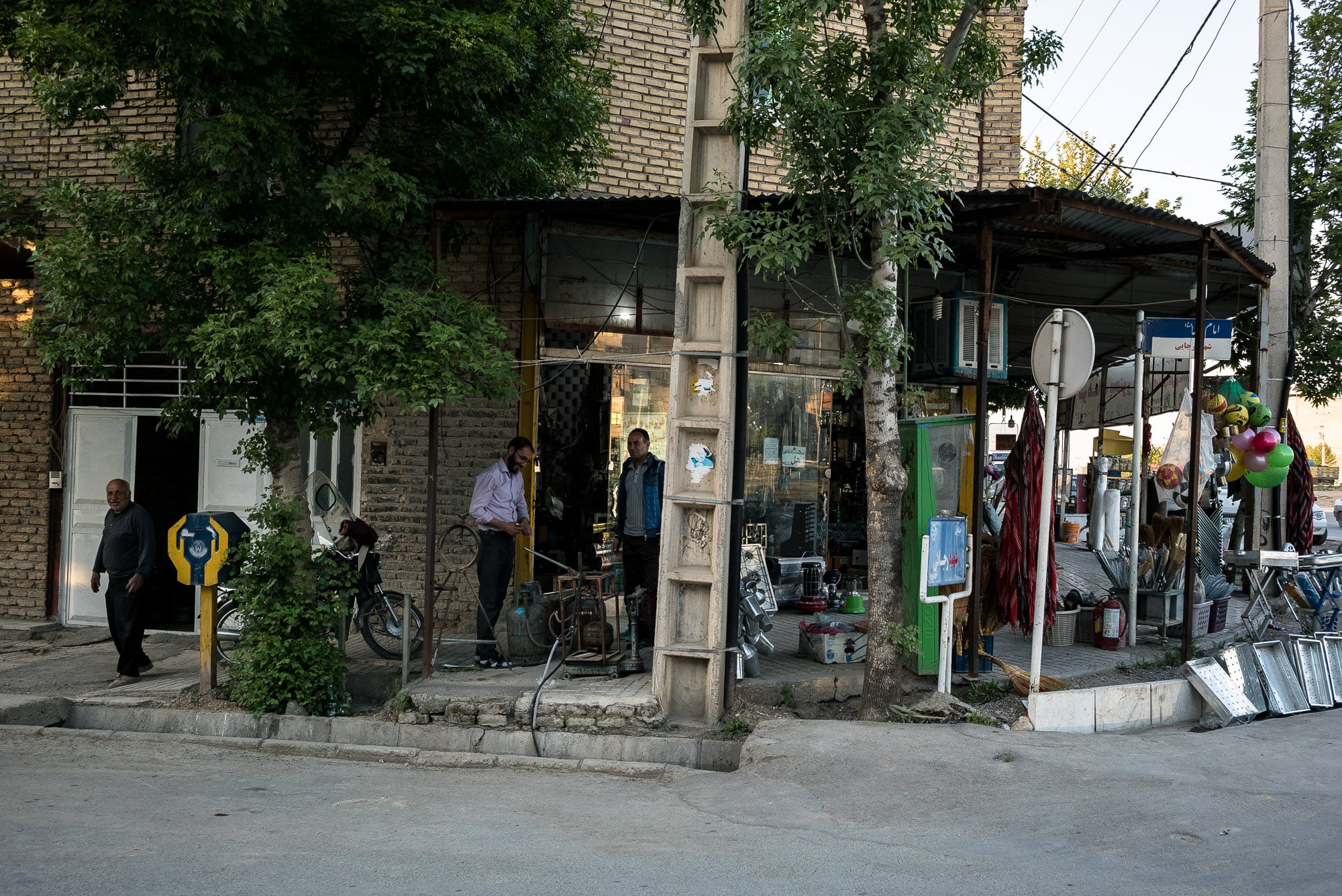 I walked past a little shoe stand: 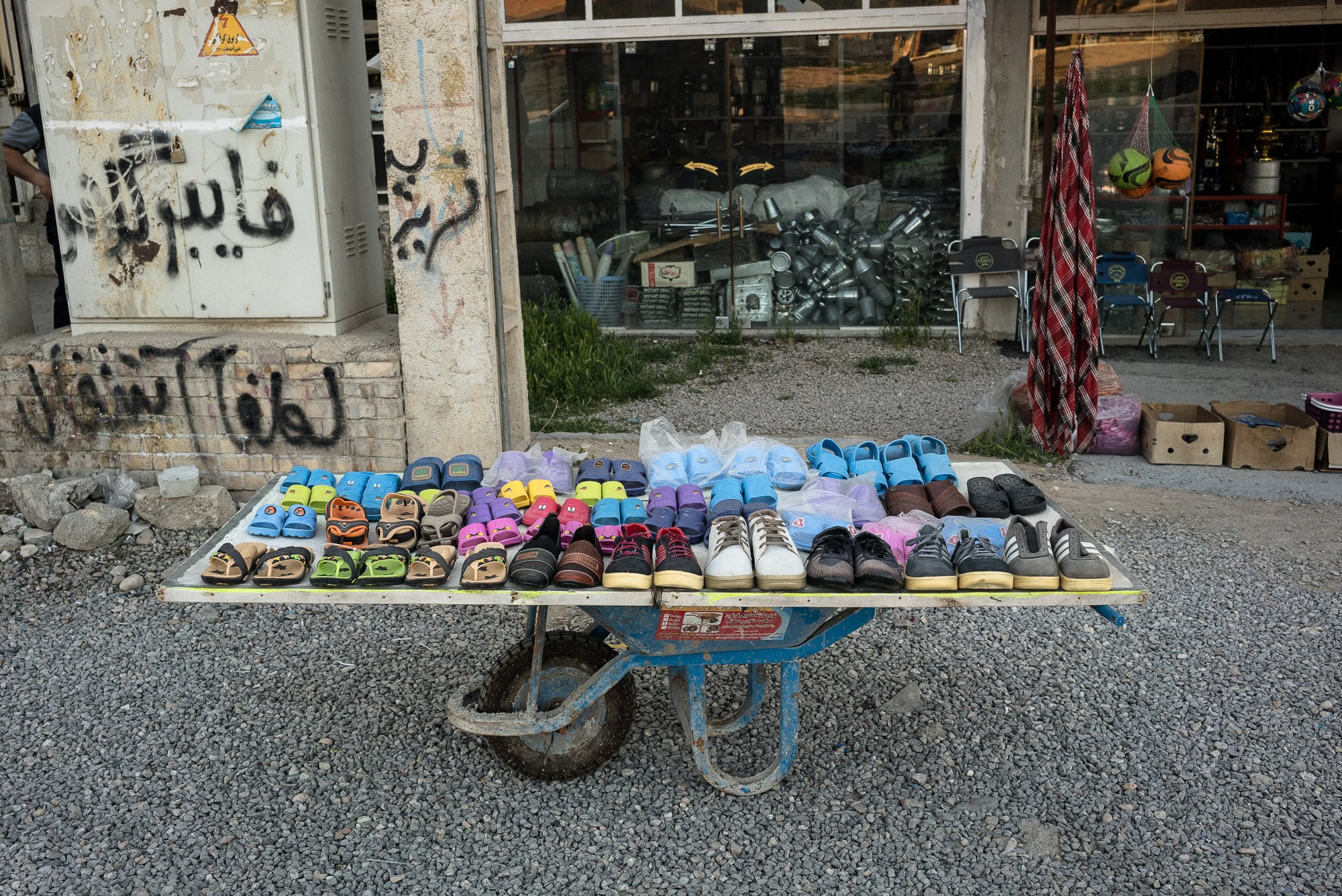 And then I found the hotel where I was going to rest for a day or two: 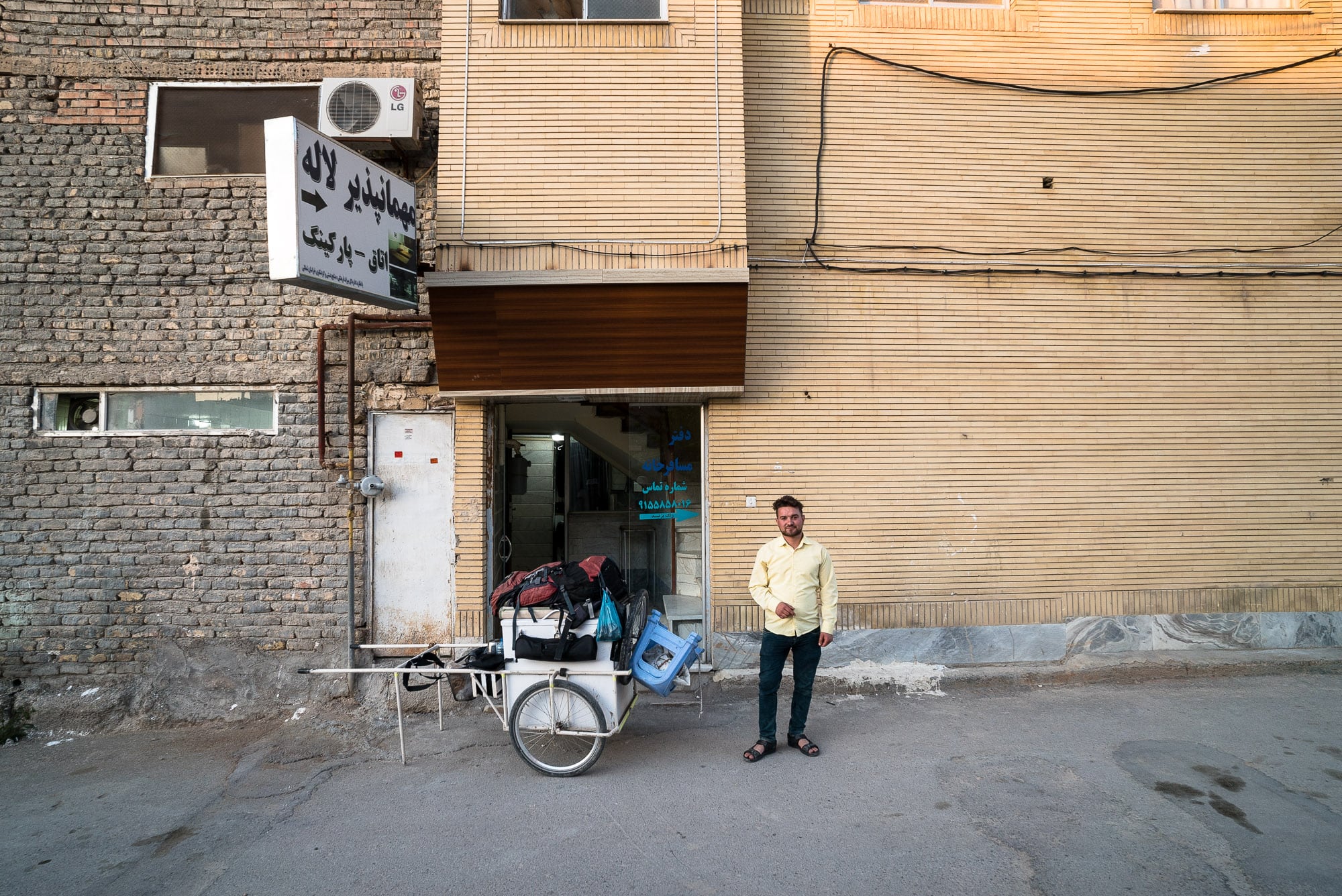 But it was also a road not taken.

Day 1092
from Goly to Ashkhaneh