When I left Bojnurd this morning, I wasn’t alone. Of course the Caboose was with me, as always. But so was a gentleman called Mohsen. He owned a workshop in Bojnurd. He loved traveling. He was on a mountain bike. “Do you mind if I accompany you a little bit?” he asked me.

We walked through the city of Bojnurd: 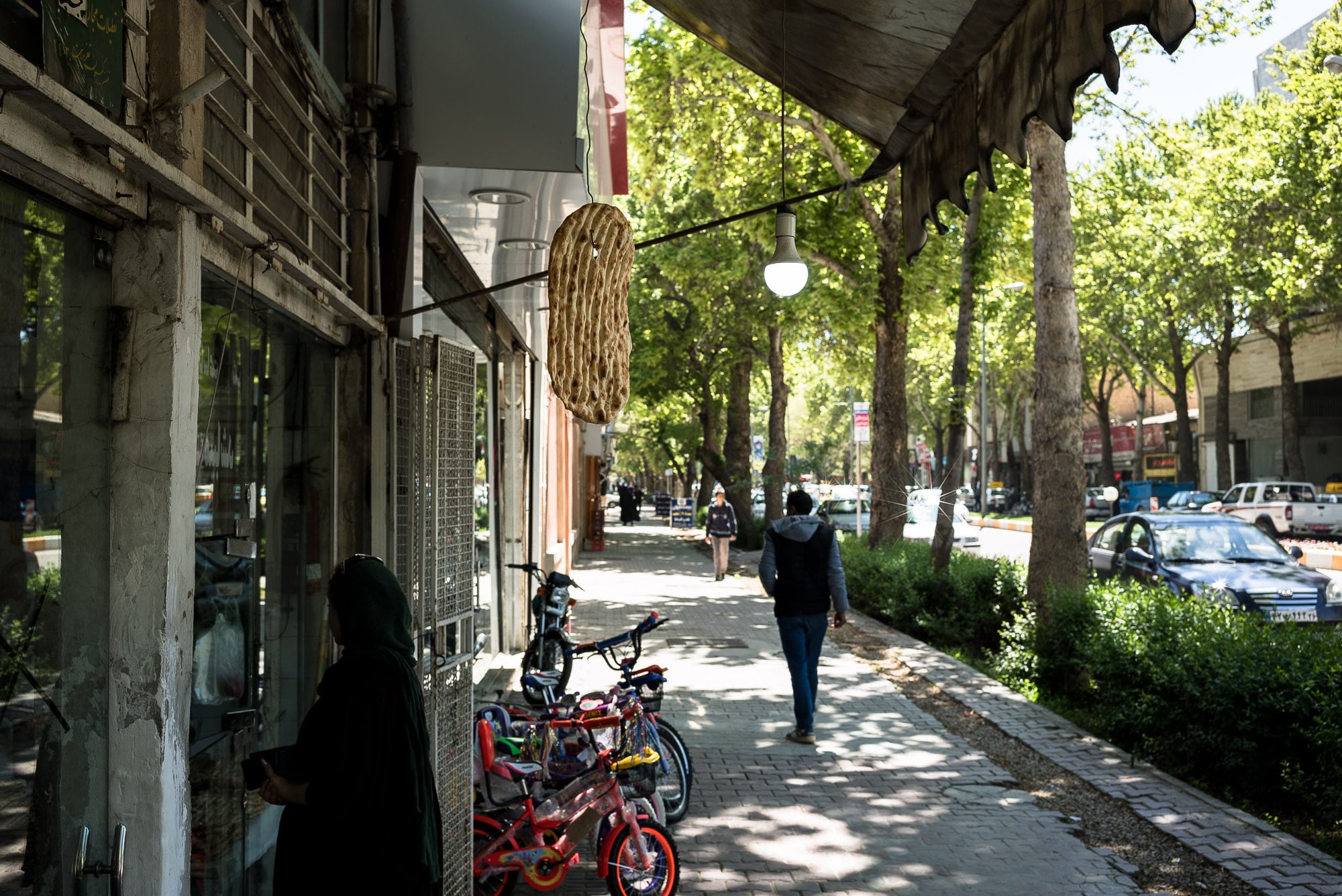 And at some point we stopped at a bike shop because I had told Mohsen that I was thinking about getting some extra baskets attached to the Caboose. The idea was that I would be able to transport my food more elegantly. So we did that: 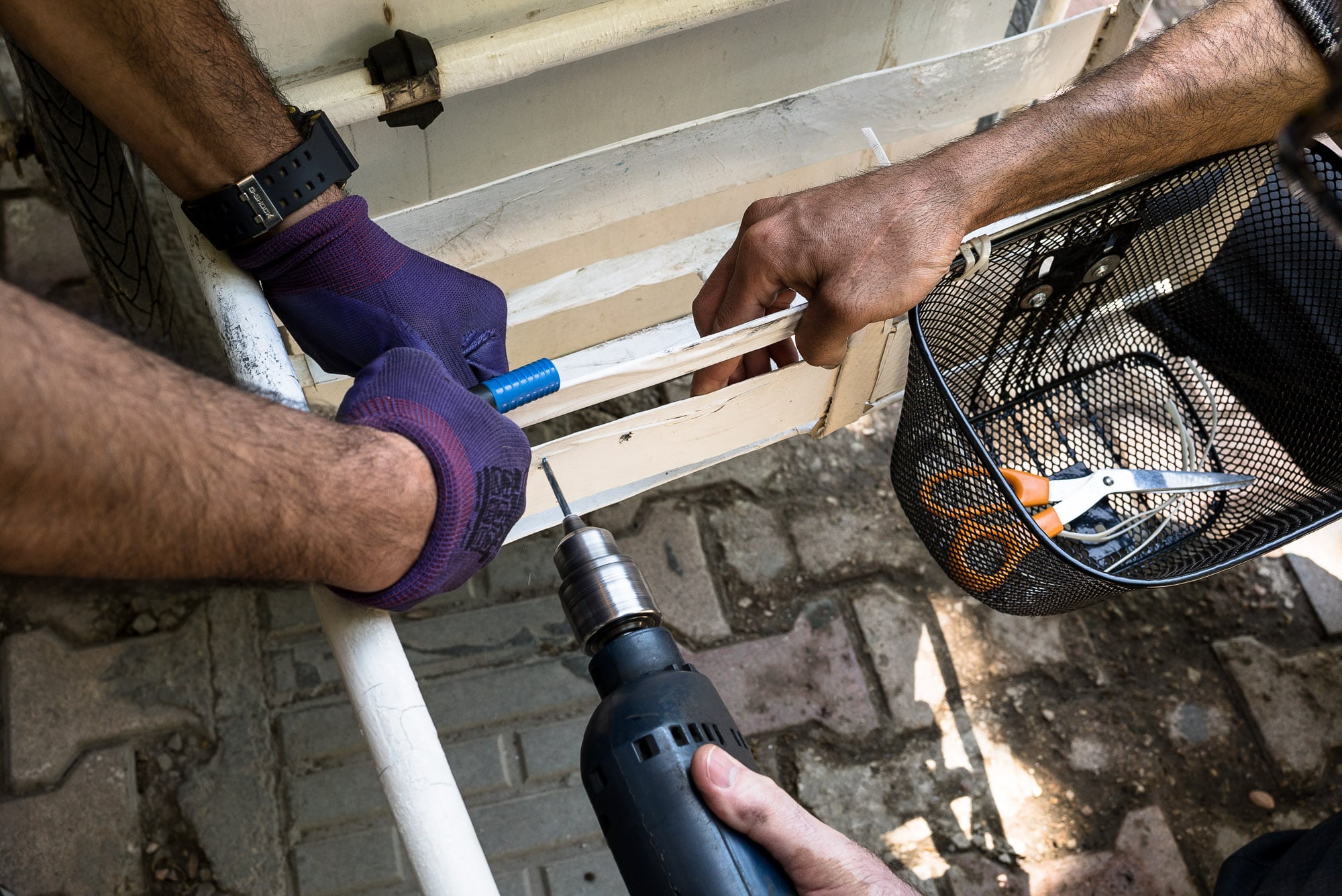 The guys at the bike shop didn’t like to smile on photographs, but they were very kind: 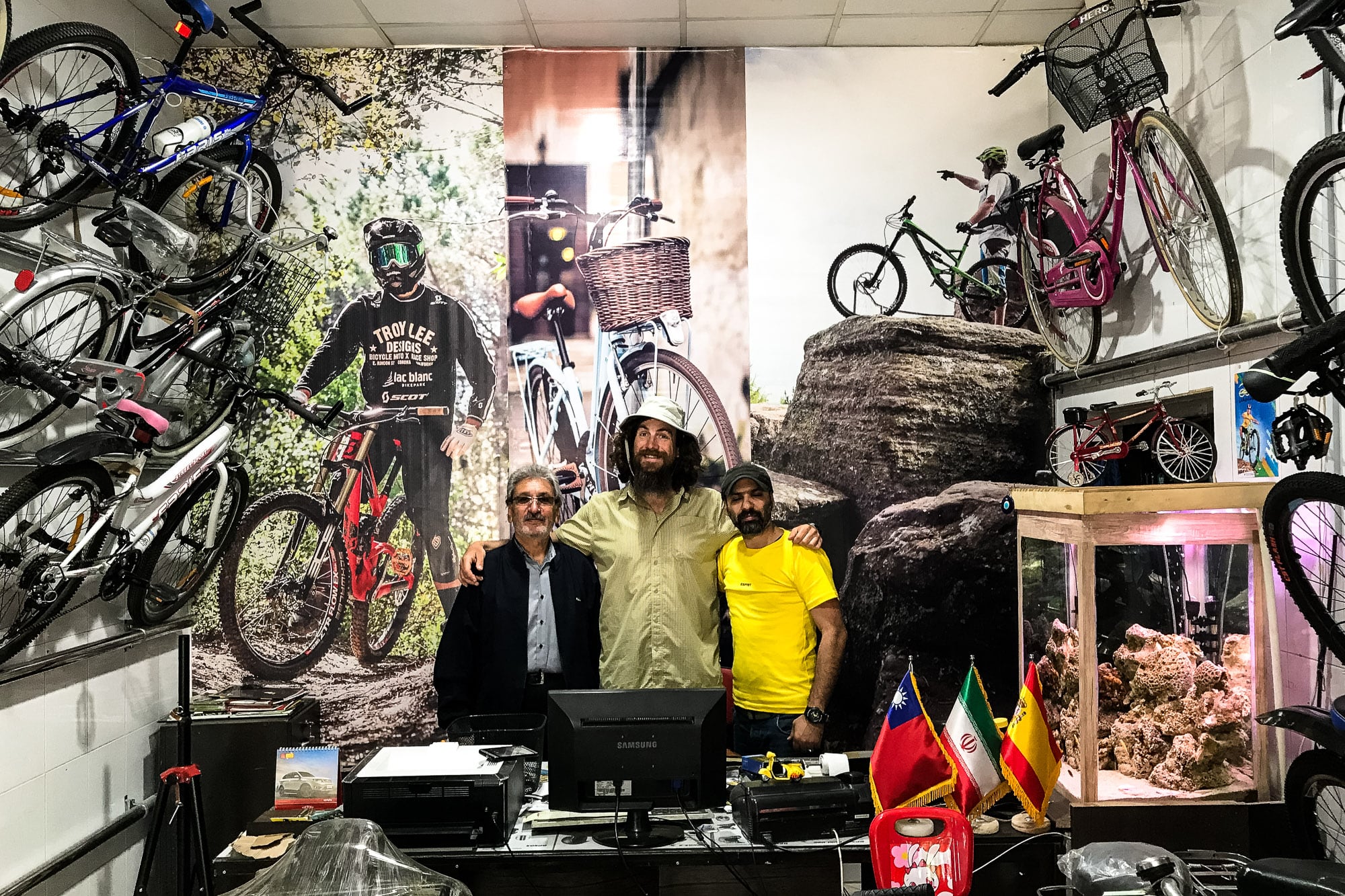 On our way out of town we passed a truck that had a verse from the Qur’an on the windshield, as well as a Zoroastrian symbol below it: 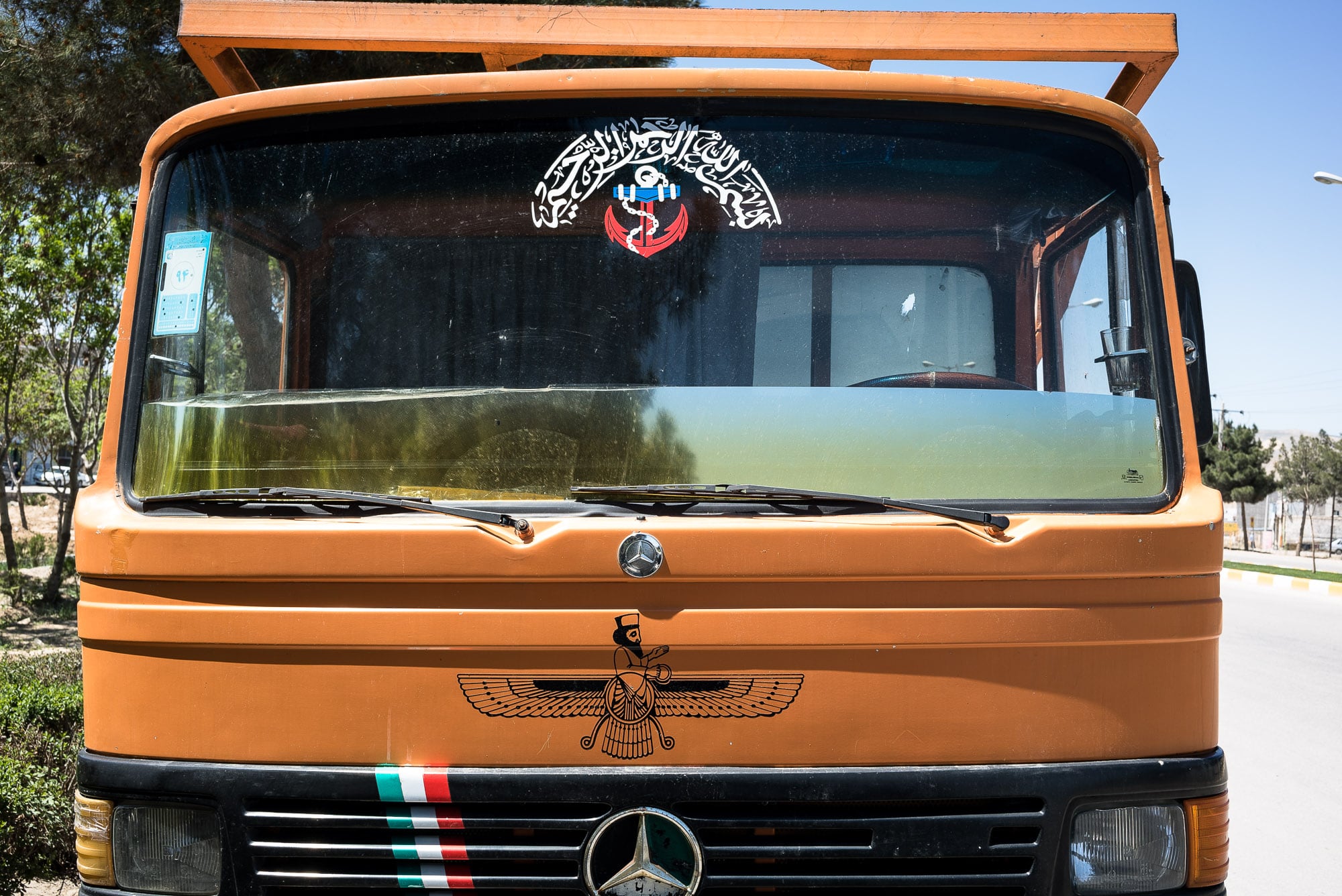 I wondered how these two fit together.

Then we entered the mountains: 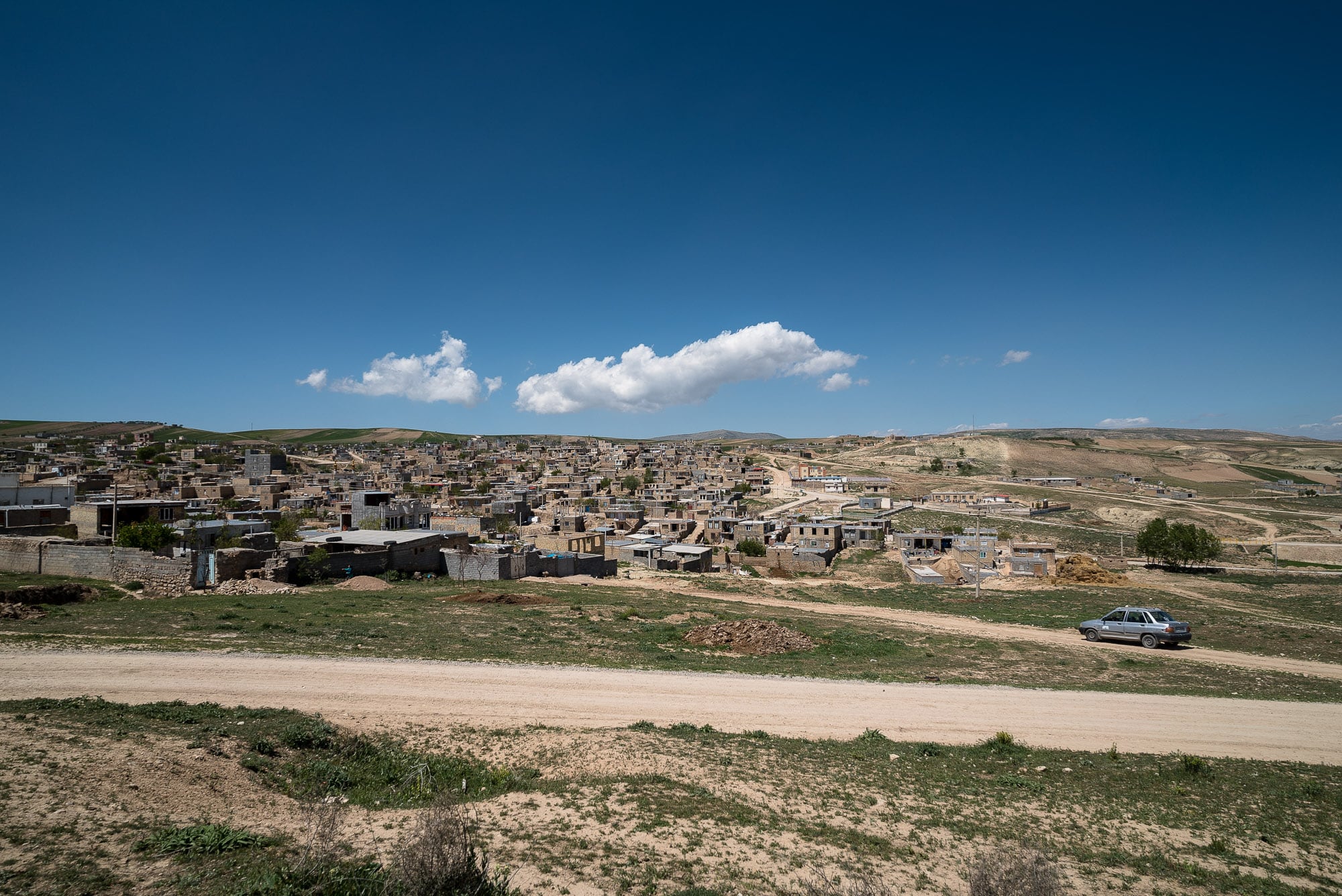 And here is Mohsen with his bike, taking a photo of me: 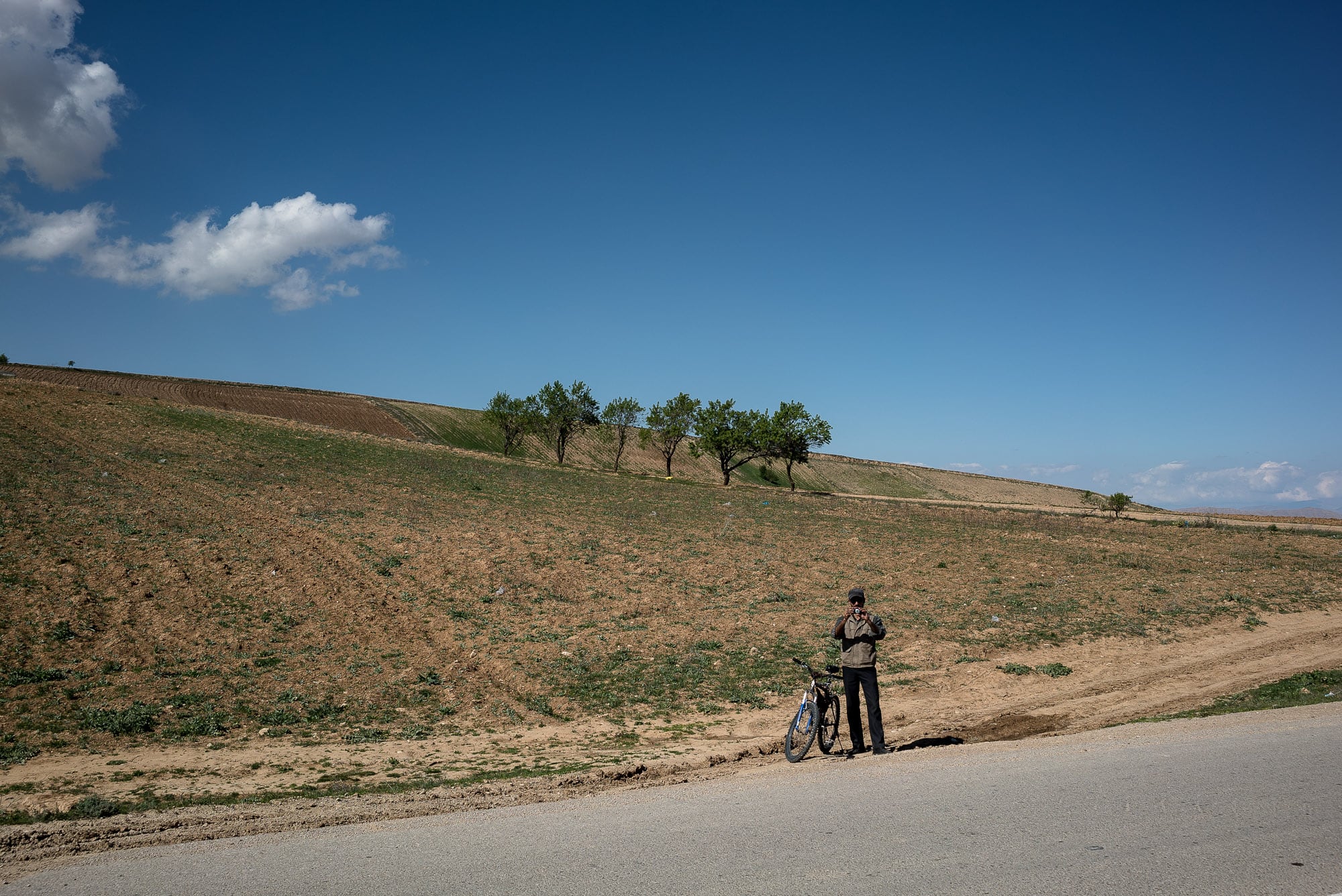 We had decided to take the “old road” through the mountains, not the highway. The downside was that the old road was longer and had greater ups and downs, the upside was that it was quiet.

There seemed to be more donkeys than cars: 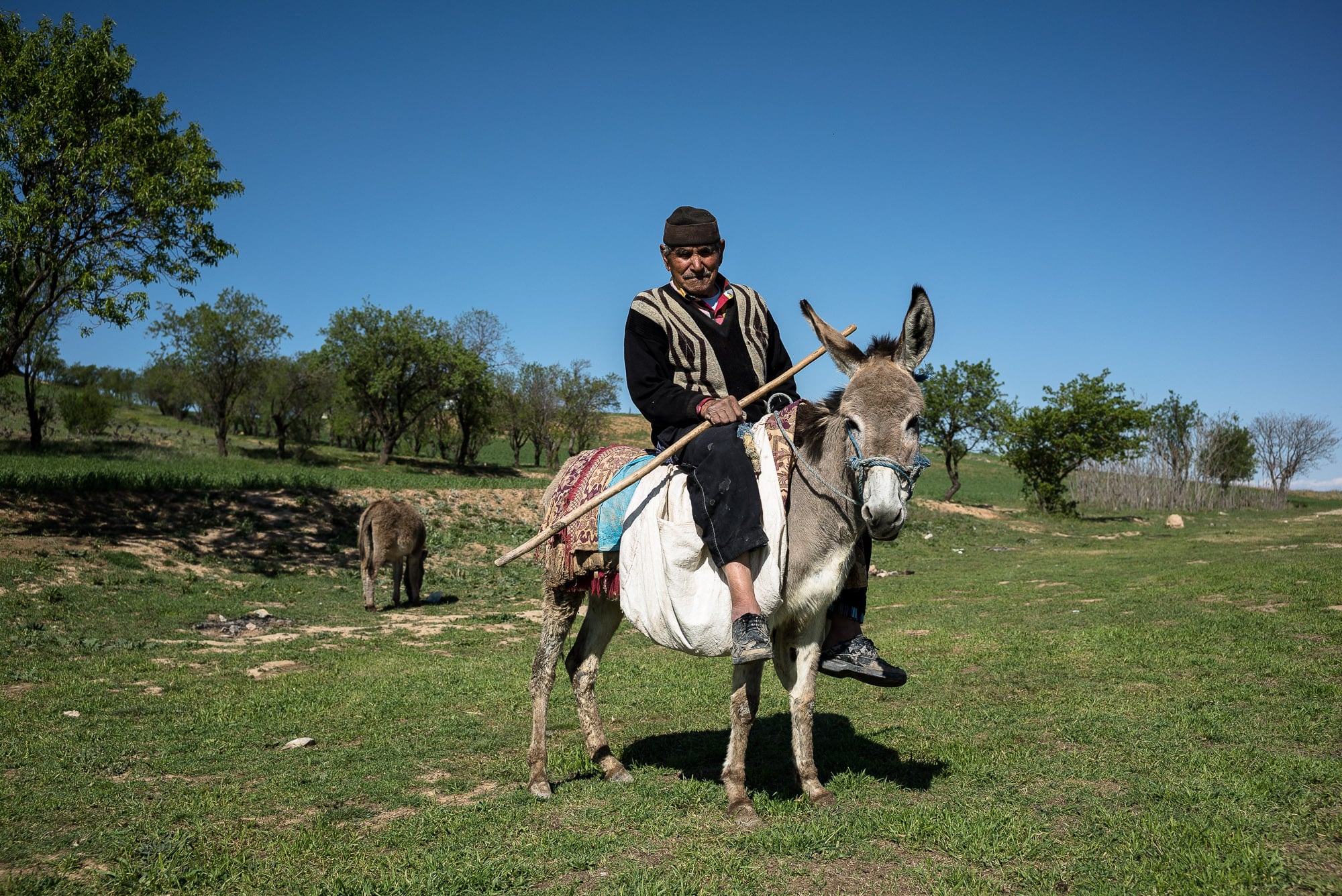 And some villages built into the mountains by rich people: 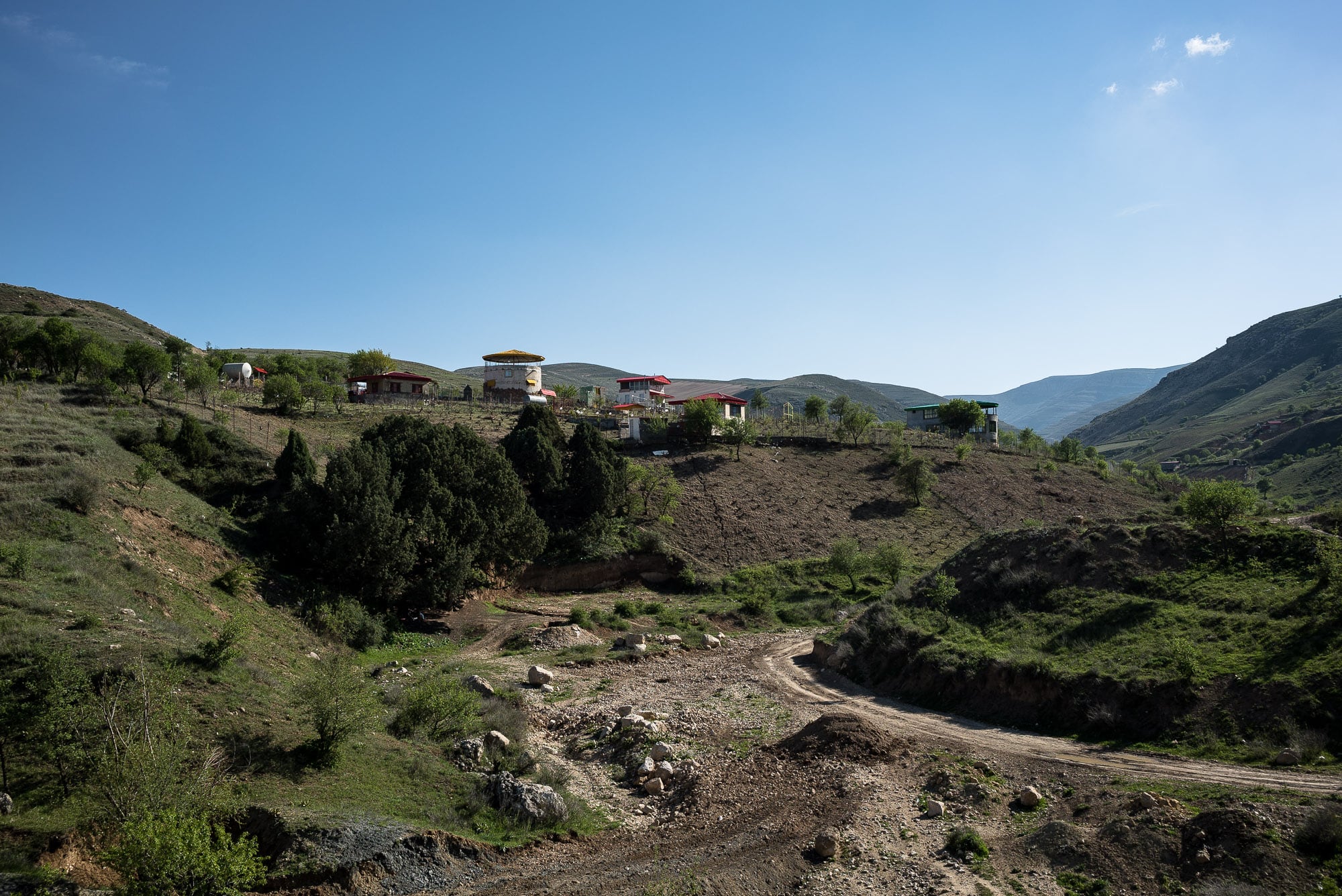 Every now and then there was a not so ancient ruin: 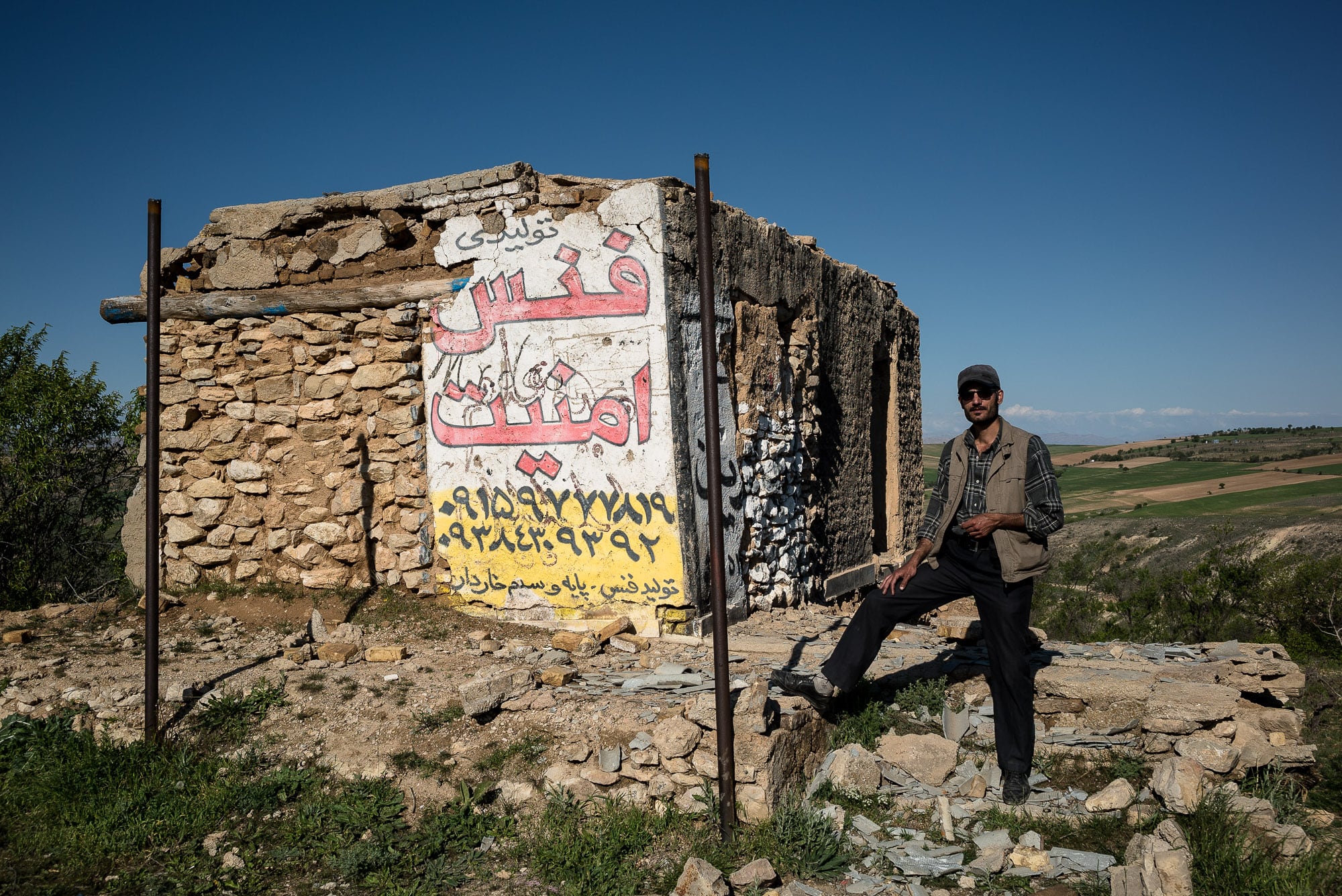 And the climbs, albeit being terribly hard to ascend with the Caboose, made for some spectacular views: 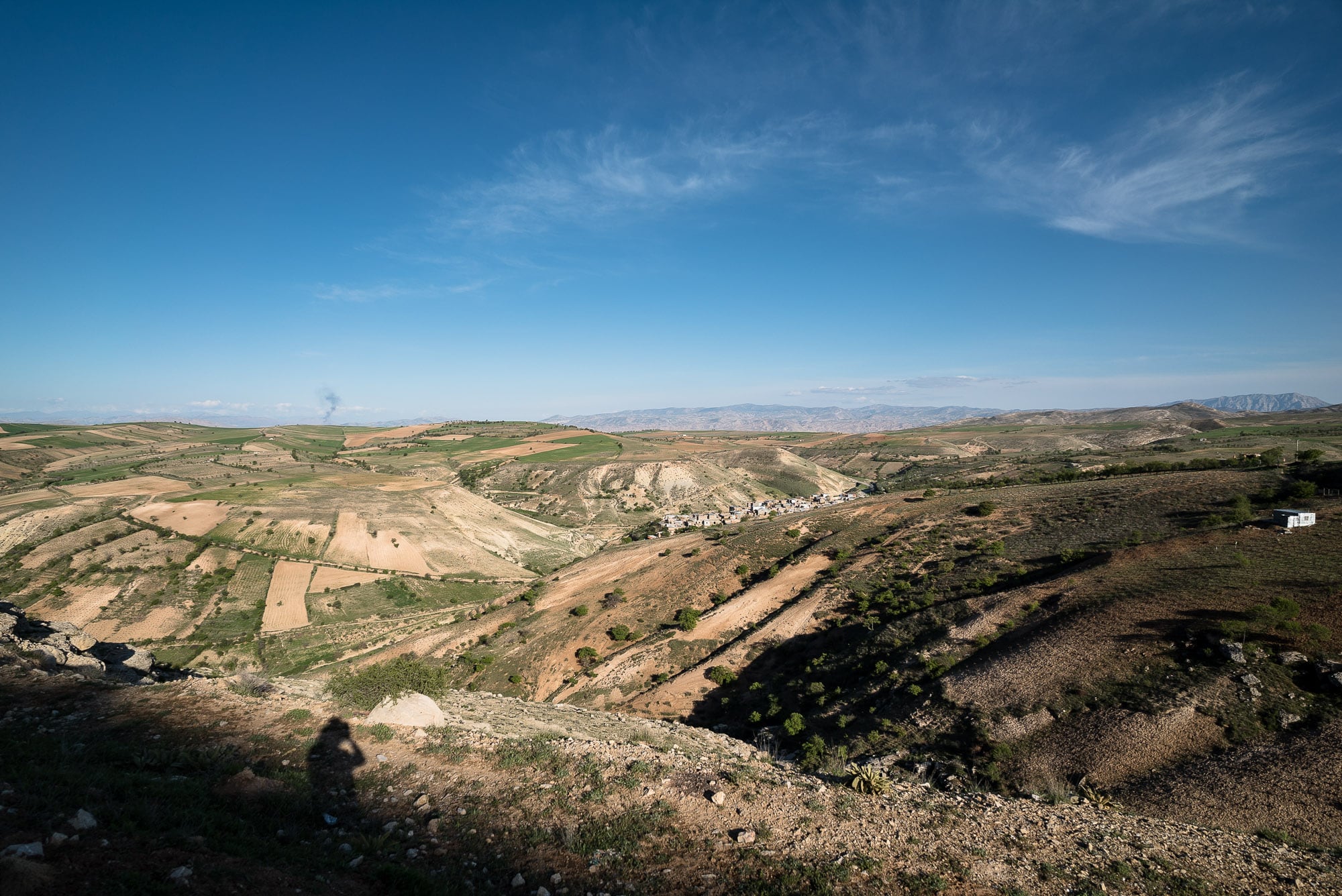 Mohsen tried pulling the Caboose for a while, but I think in the end he preferred his bike. Or better yet, the motorbike he had left at home: 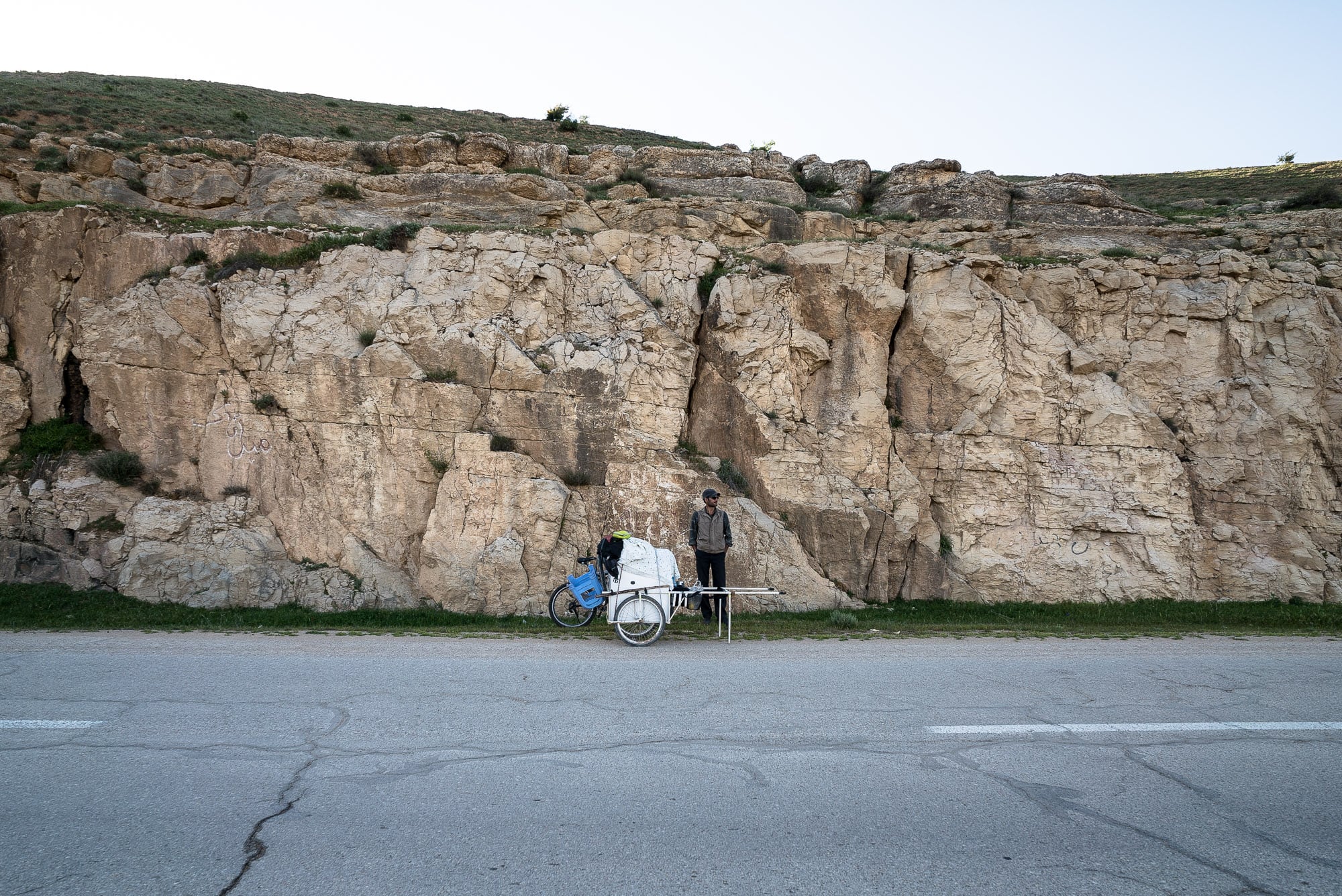 One time, when I was looking at a small village from the road, I felt strangely reminded of home, and it was only when I took a photograph that I understood what it was: 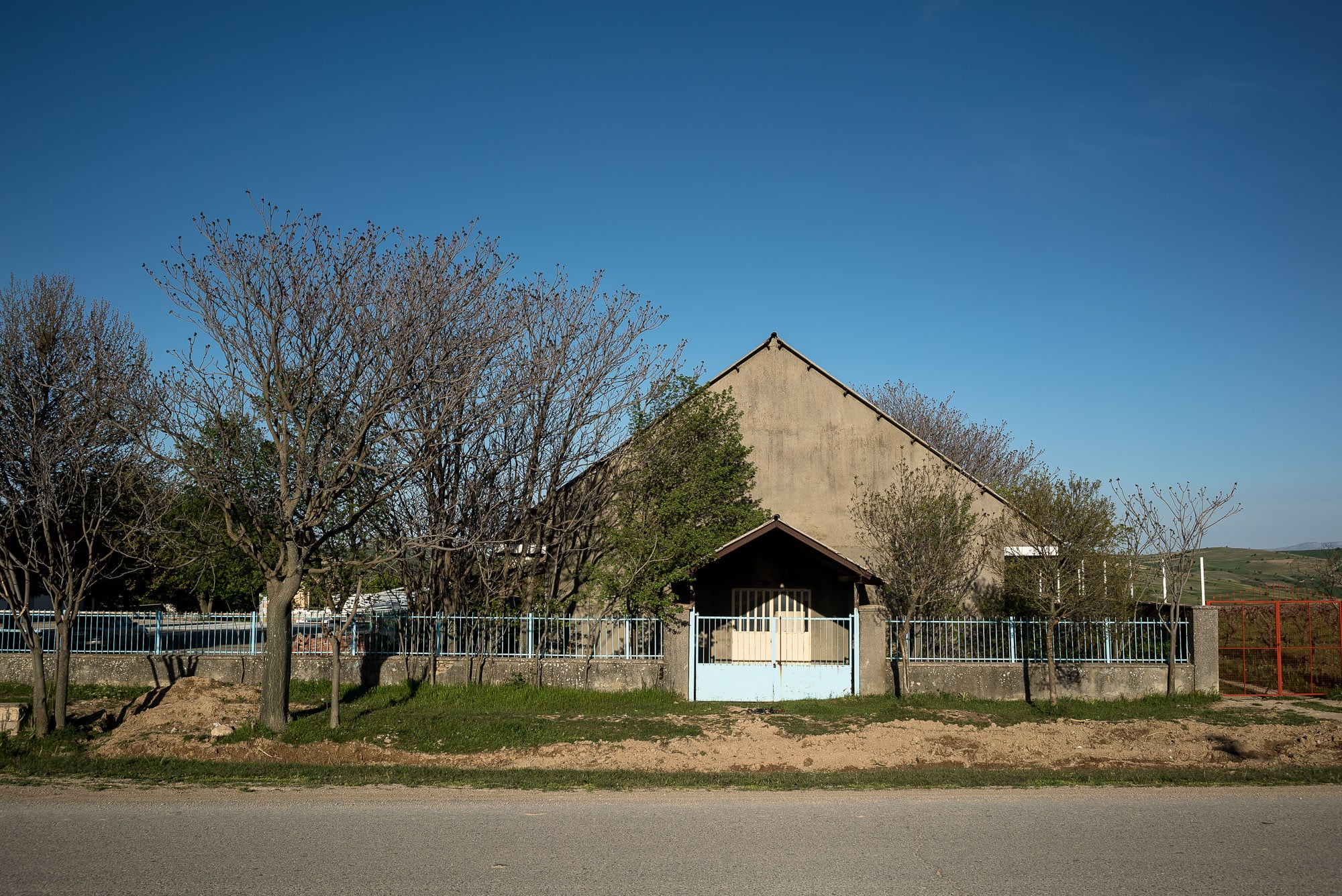 This particular house had a European-style roof. All the others were flat.

We walked well into the evening: 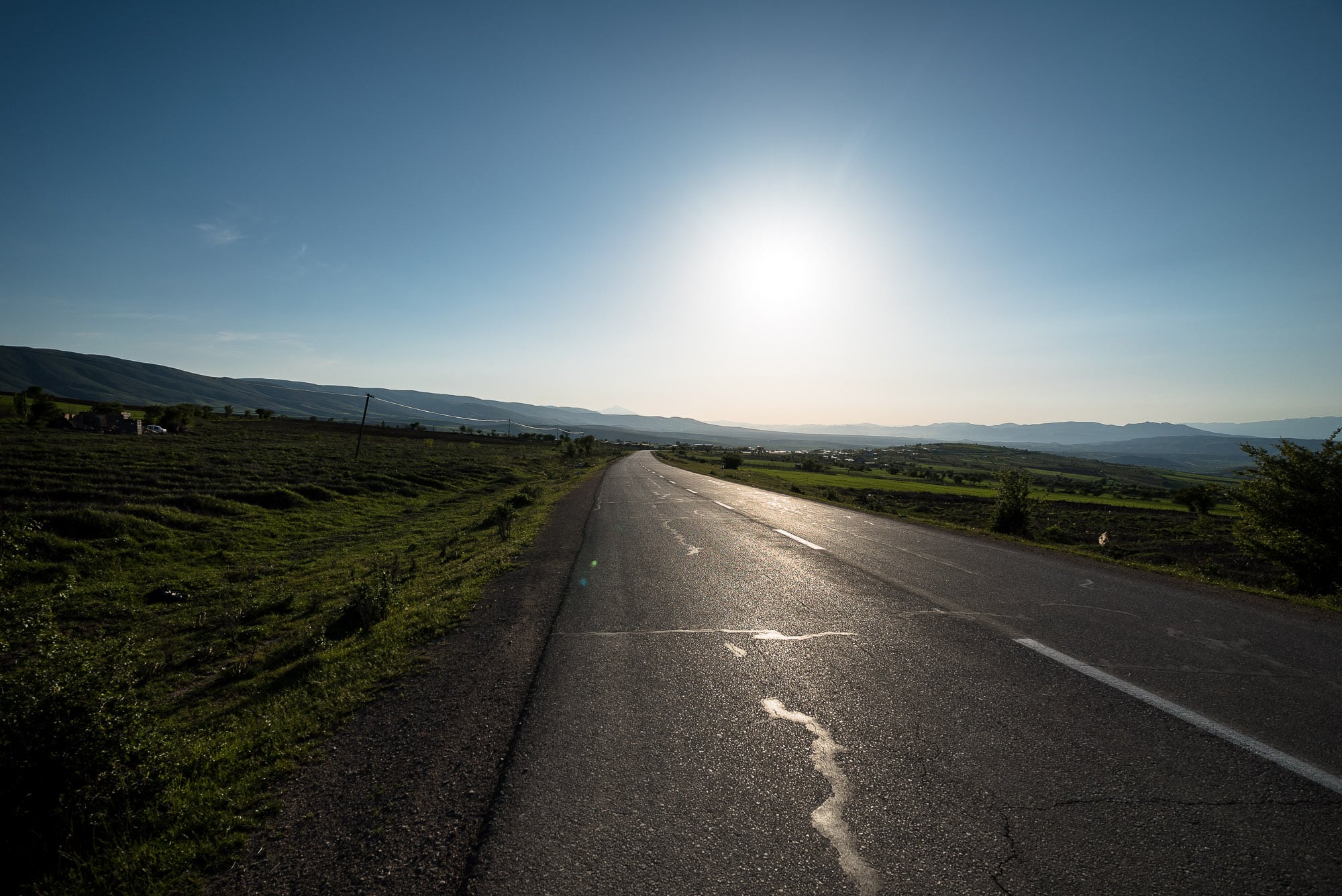 When we arrived in a small village called Guly (“flowery”), Mohsen started asking around if they could put me up in the mosque, while I sat and marvelled at the vines in the evening light: 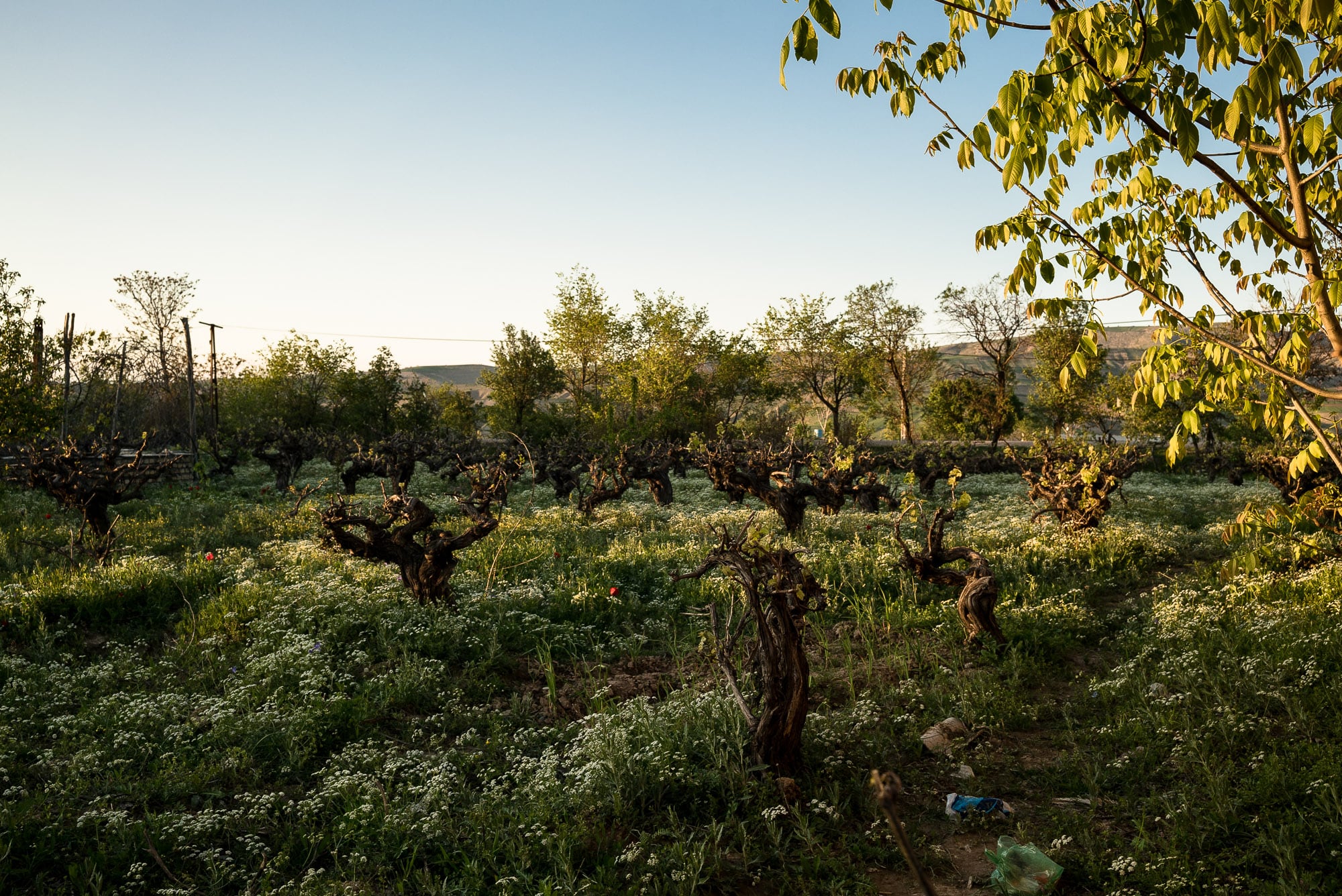 In the end a gentleman named Rasul invited us to stay at his place: 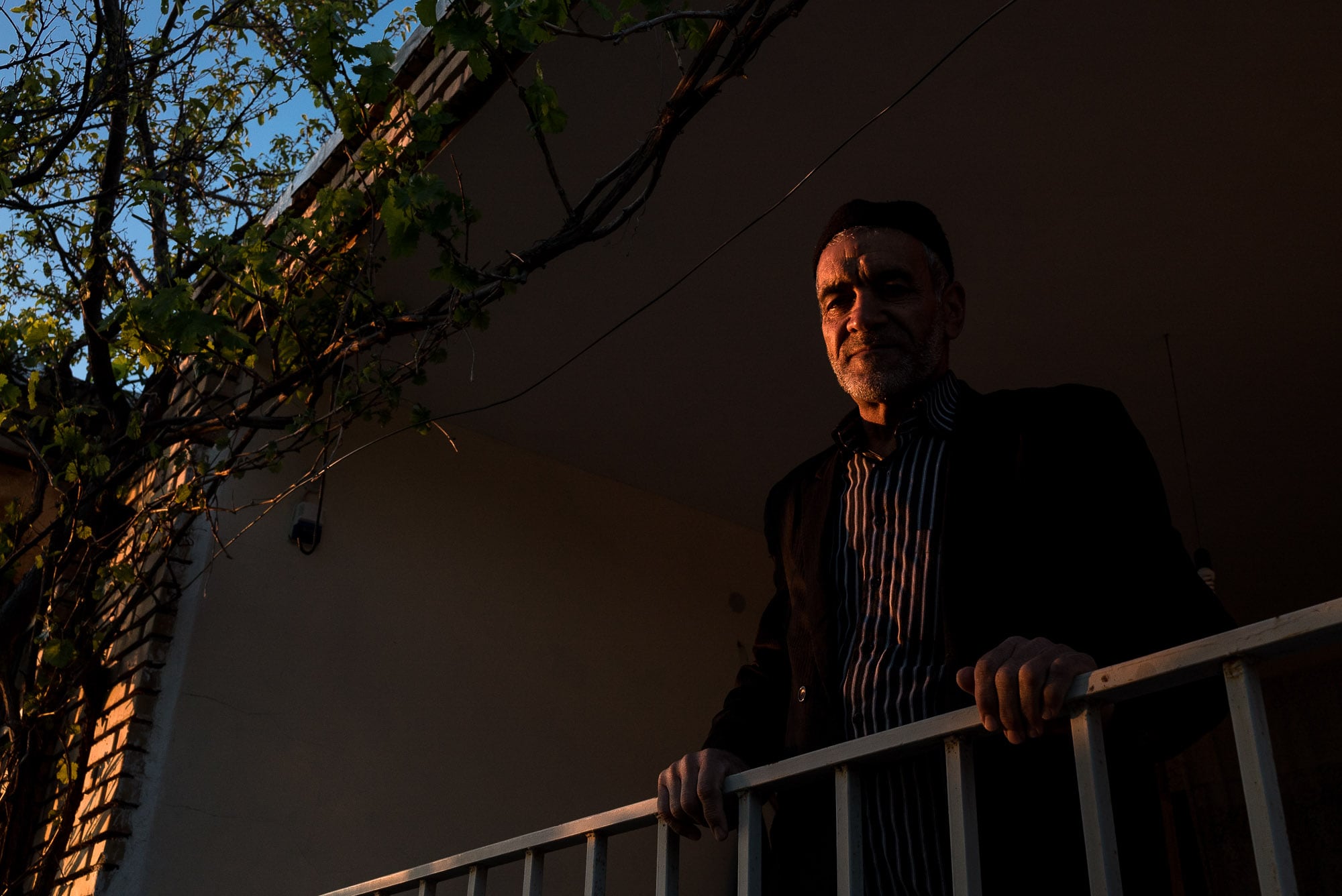 He never smiled on photographs either.

But he was very nice.