Just a few days earlier, it had been so warm and the sunshine so strong that I had been wearing only a shirt and ended up getting a little sunburn on my arms. Well, today, when I looked out the window, everything was white: 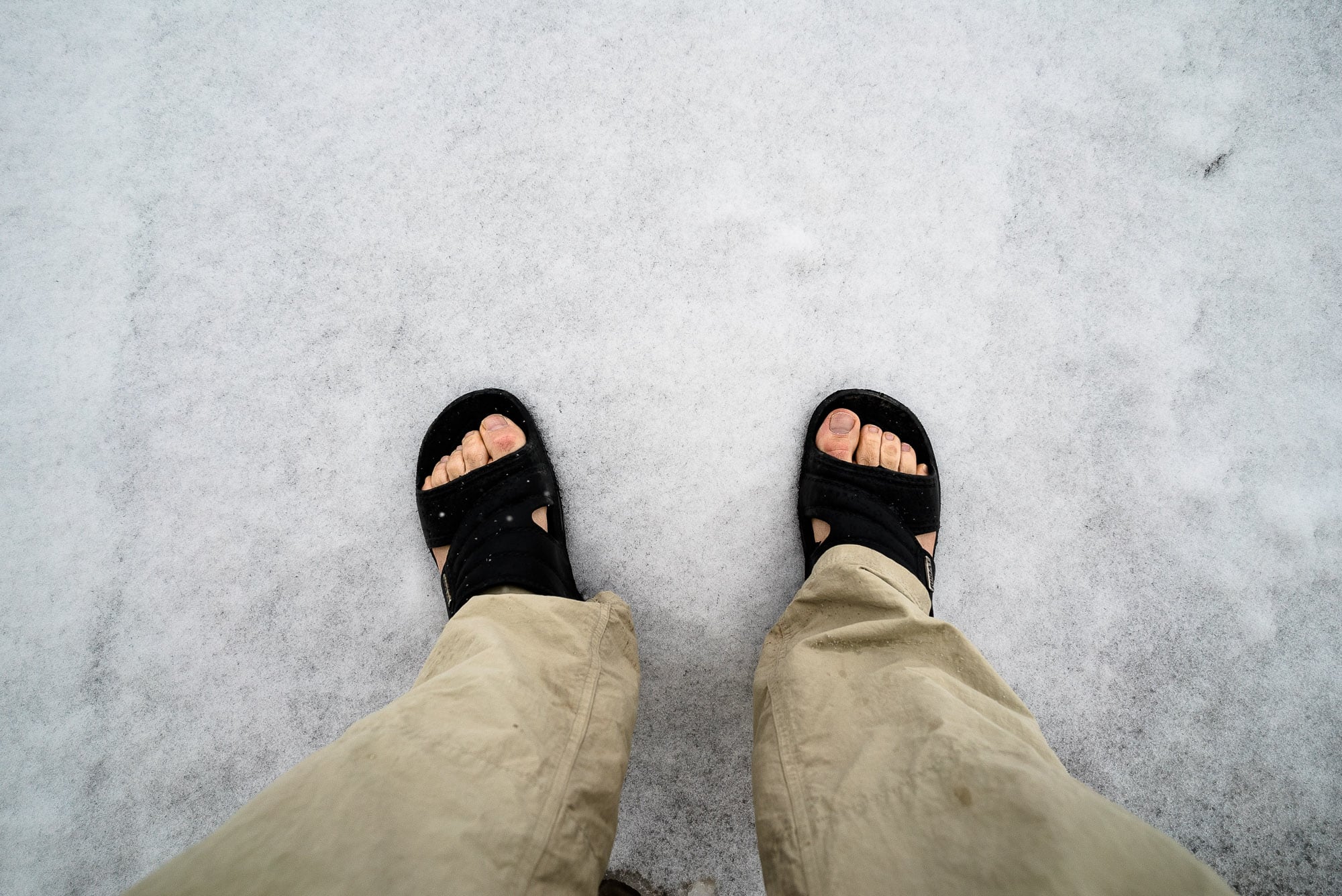 It was mid-April, and Shirvan was covered in snow, and the people of Shirvan were running around with their arms wrapped around their chests, because it was so cold.

I decided to go on the hotel roof and enjoy it: 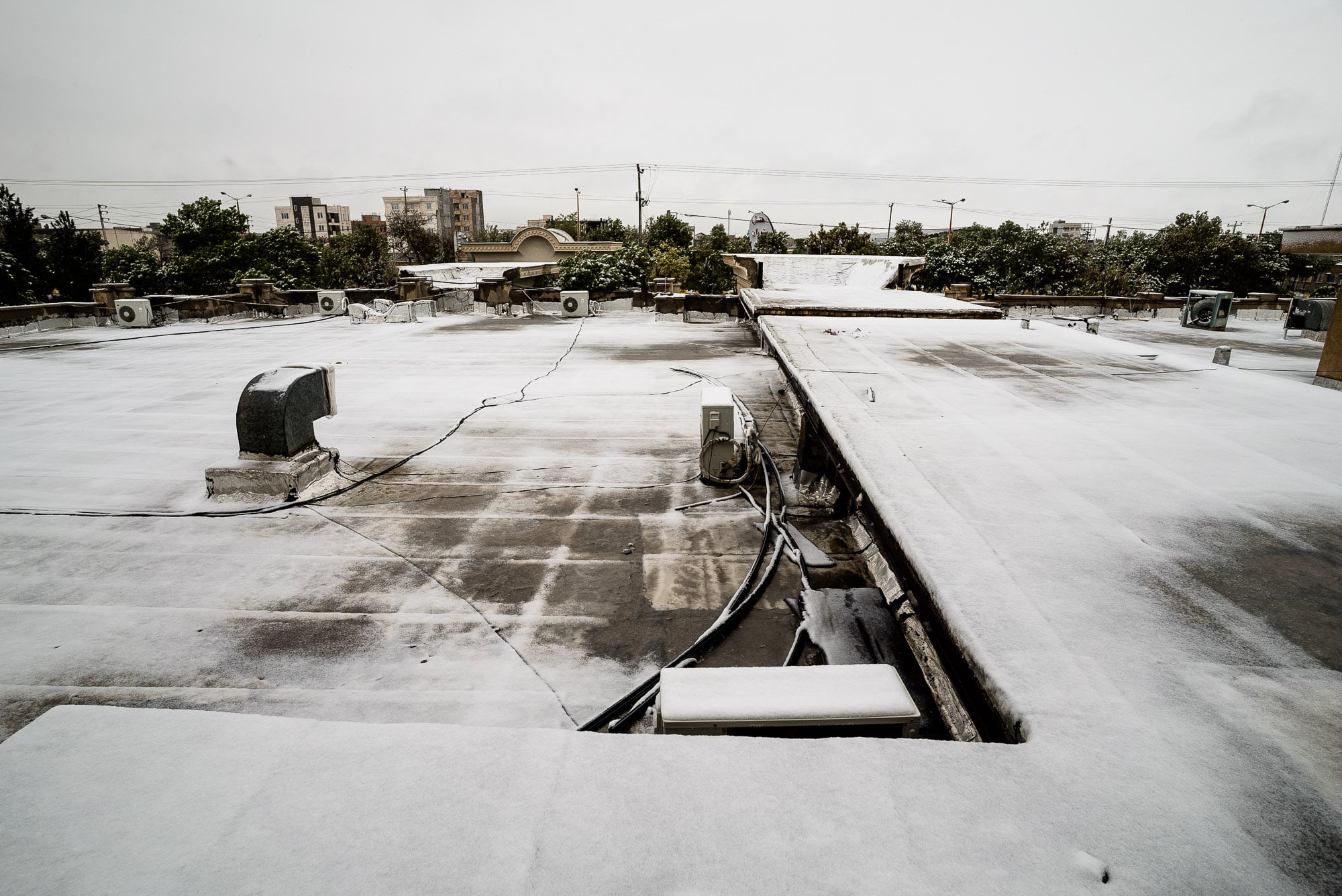 And it was enjoyable.