When I woke up I was still pretty tired. I went down to the breakfast hall and had two hard-boiled eggs, some cheese and some bread. And a lot of tea. There were no other guests around, but there were party straws: 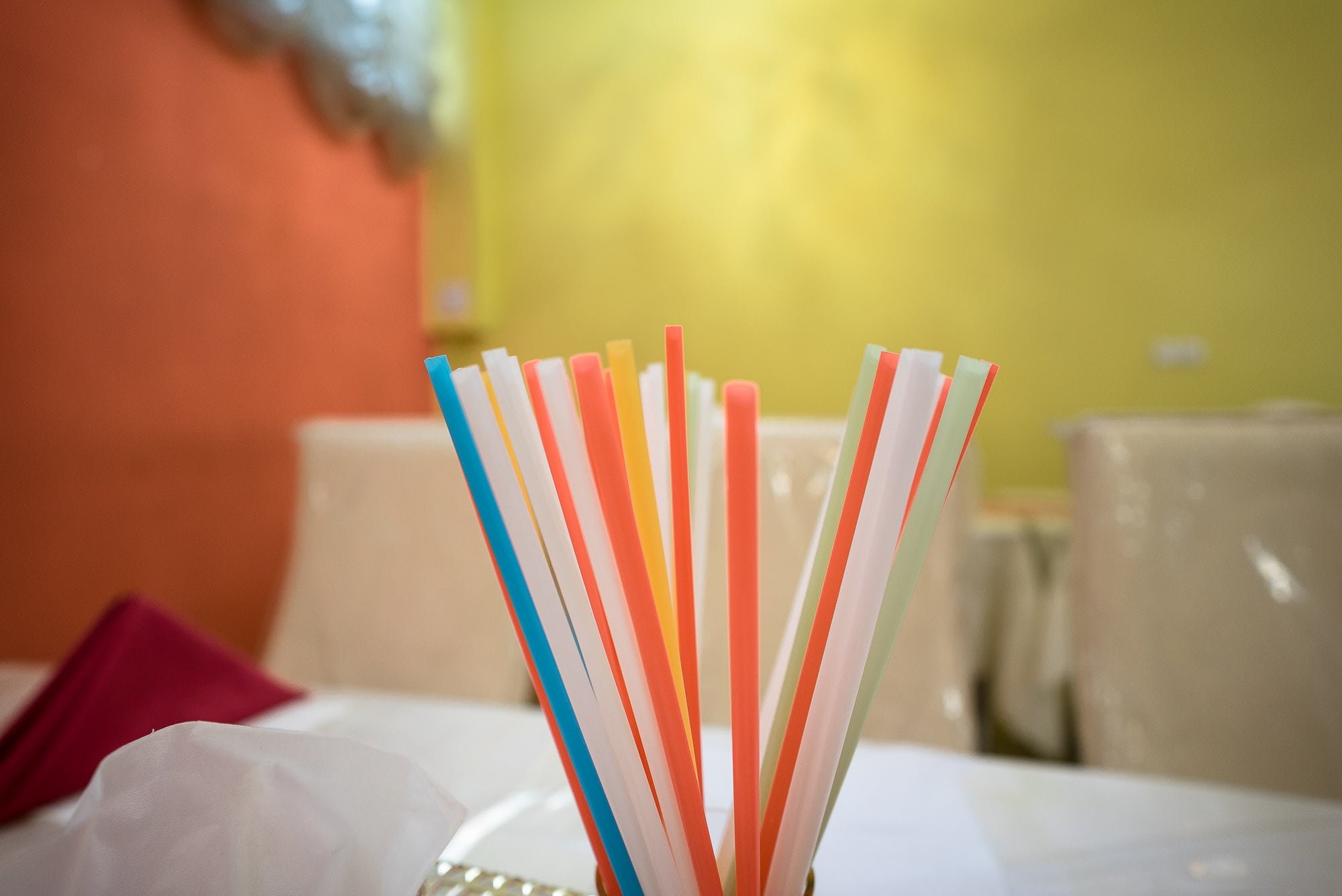 Then I finally went ahead and changed the spare wheel of the Caboose: 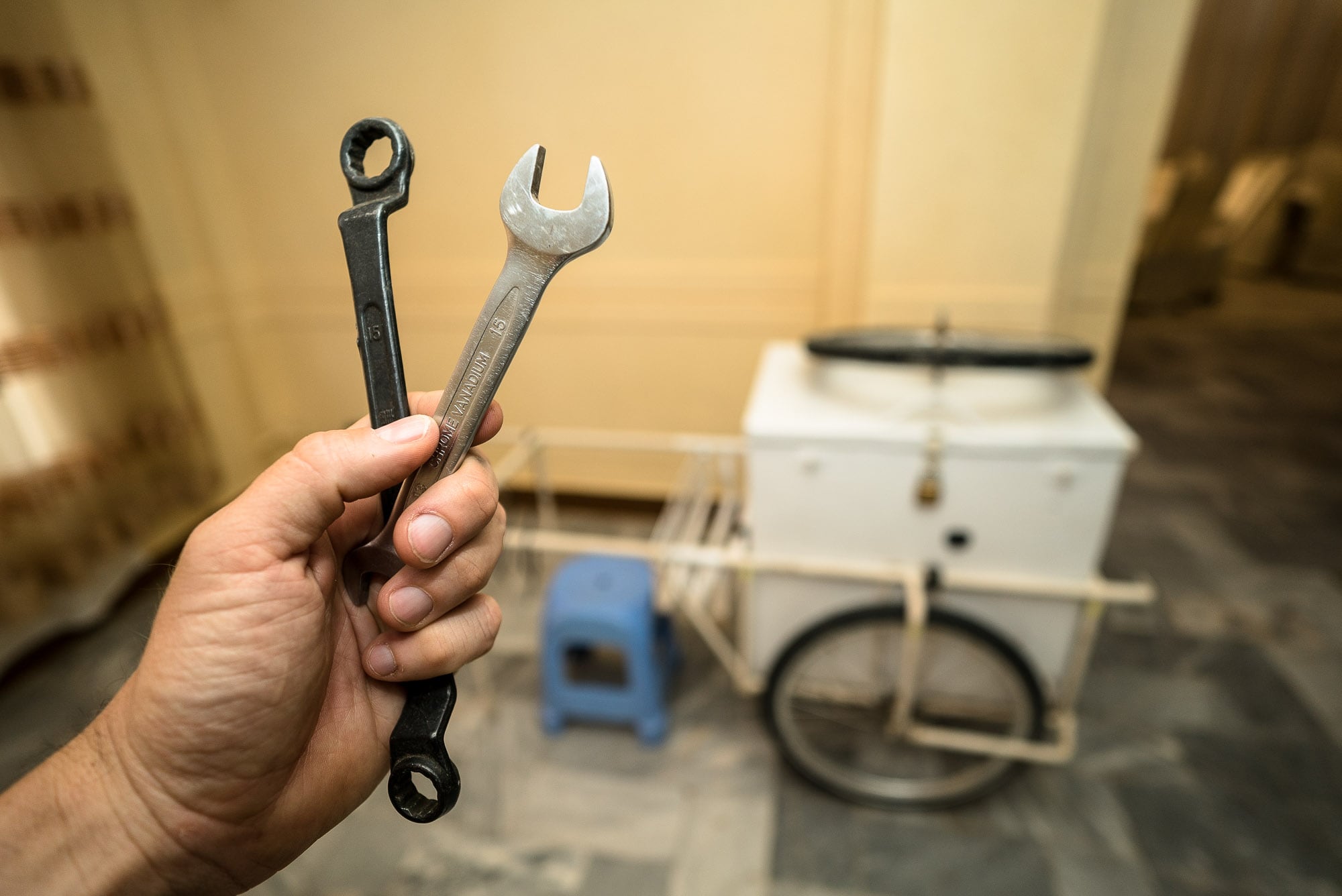 But there was still the problem with the original tire. Here’s the culprit: 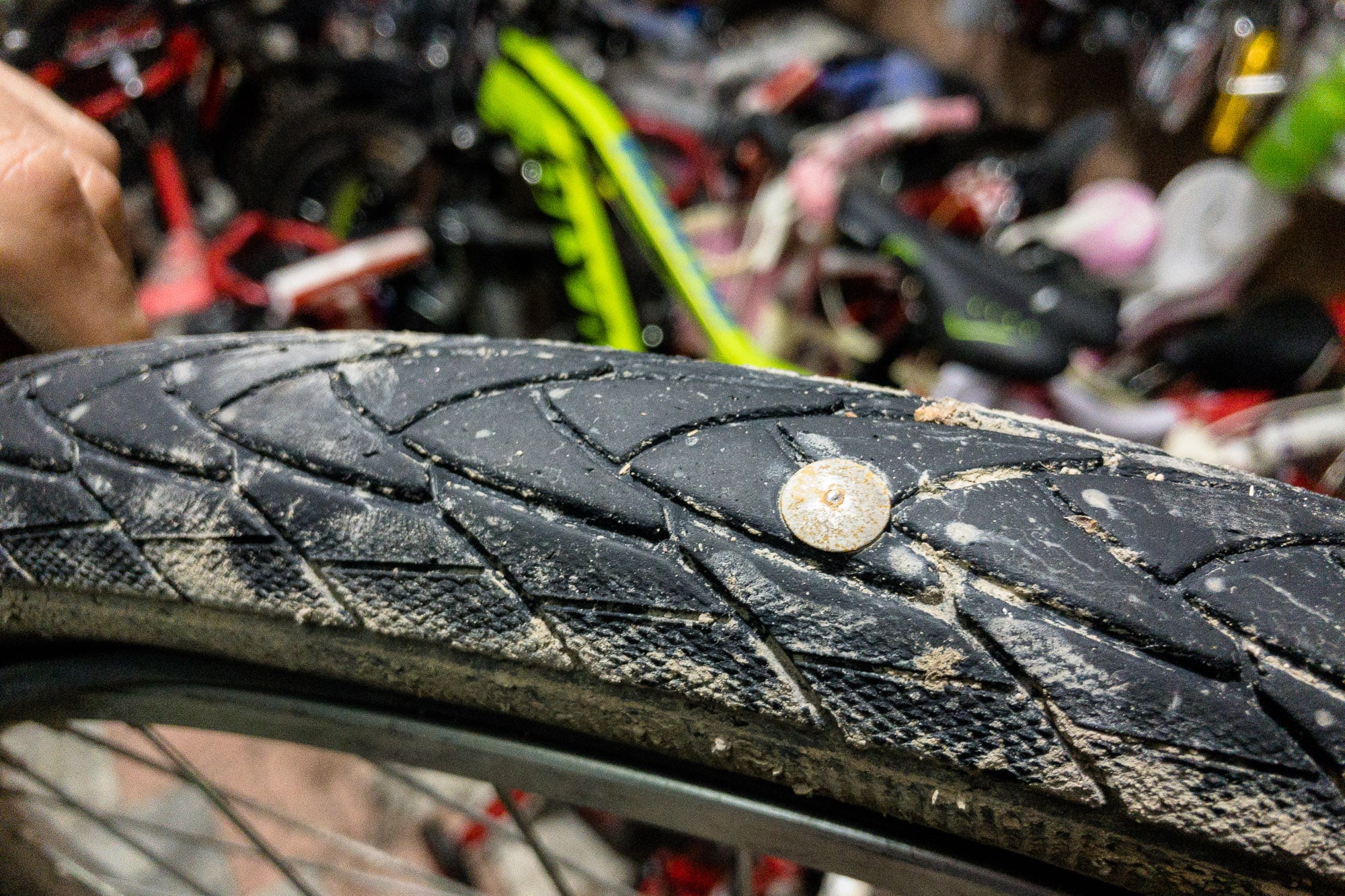 Hadi from the local bike shop straightened it out: 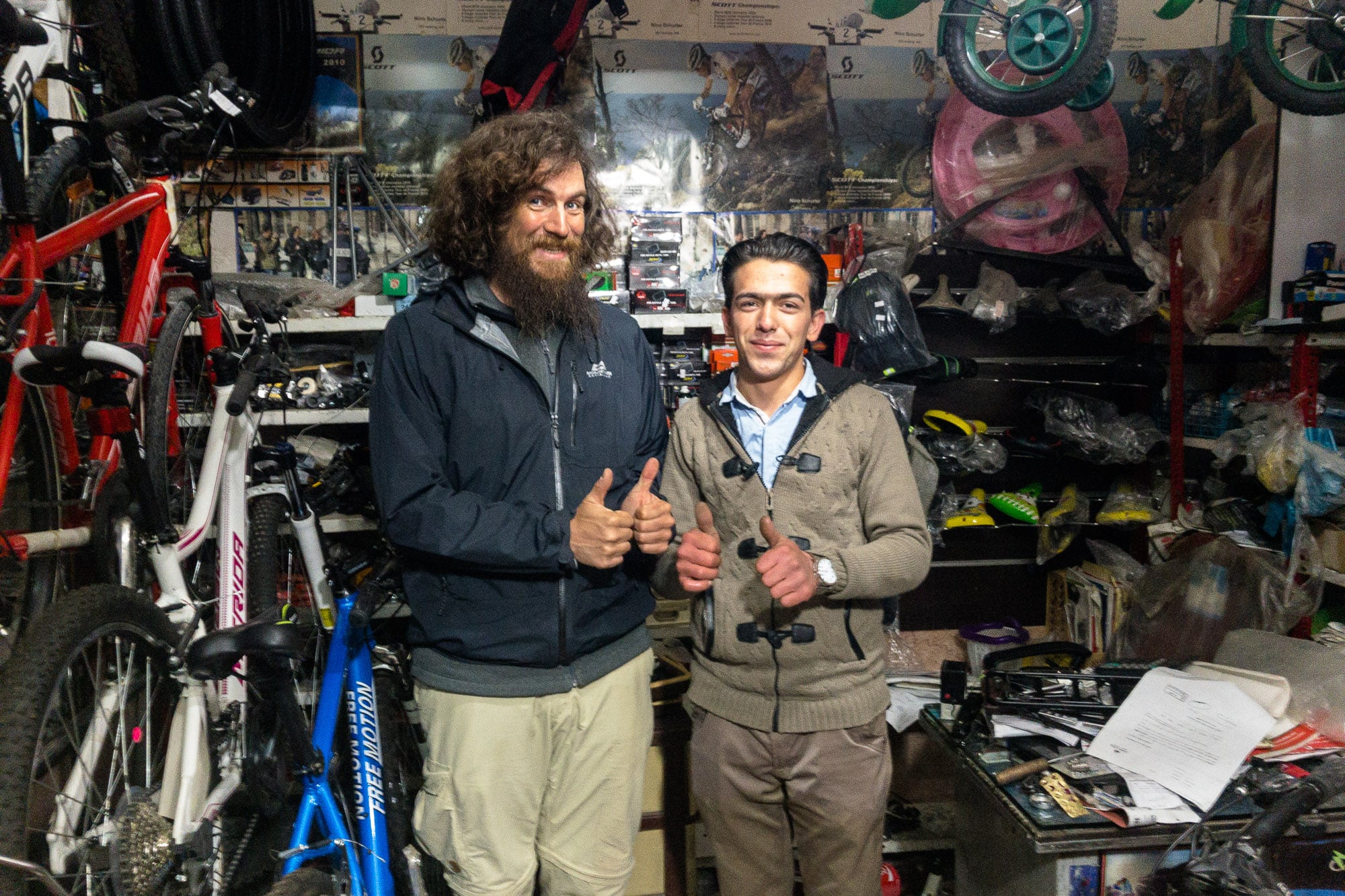 And he vehemently refused to take my money. Thanks, Hadi!

I went to a franchise fast food joint after that: 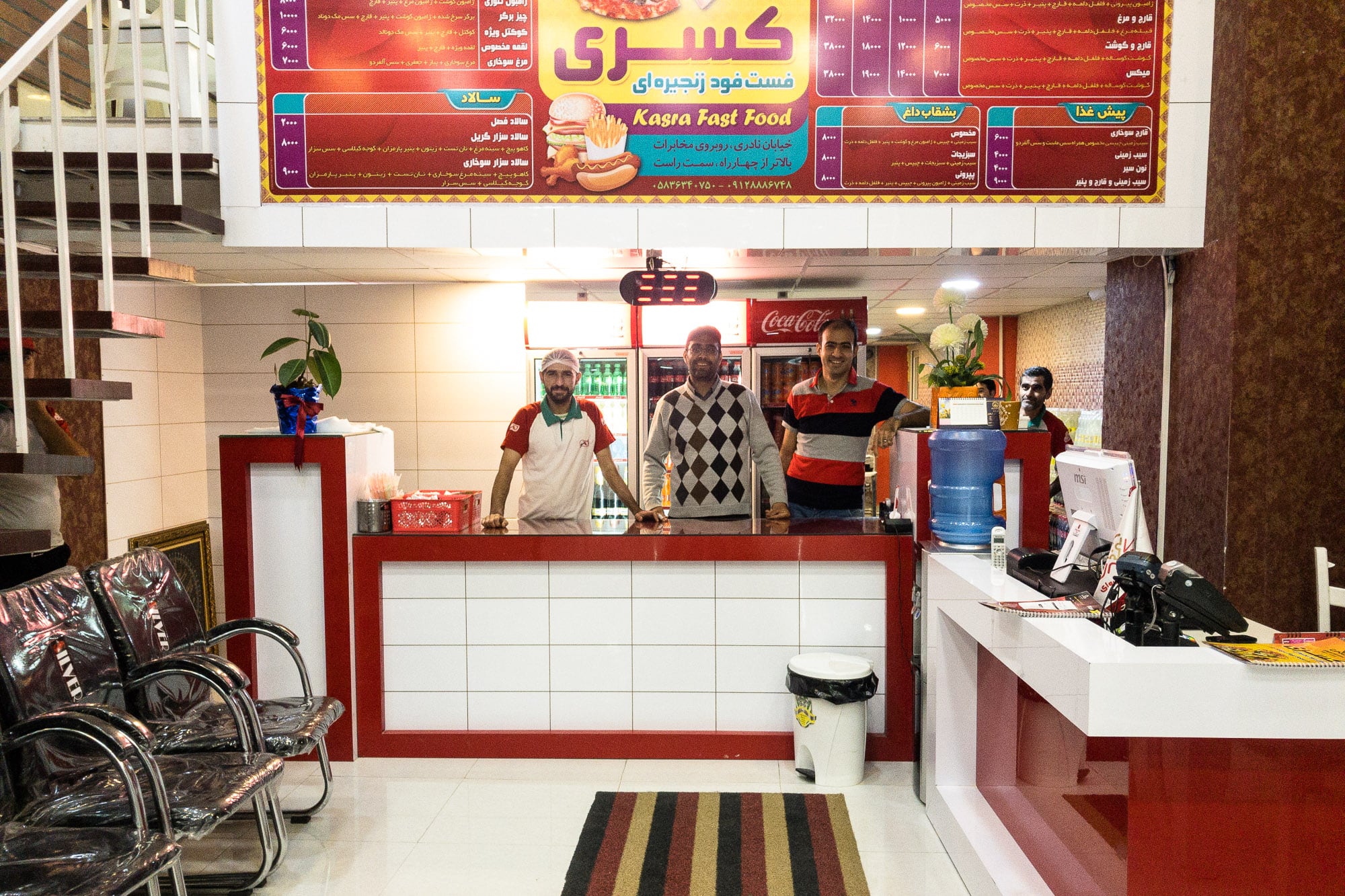 It was called Kasra, it was apparently all over Iran, and the pizza was a bit different from Italian or even American pizza. But I liked it.
Or maybe I was just really hungry.

This one is pretty long and boring, sorry.