When I woke up everything was swell, and the village was totally quiet. Only old folks and young children on the street. I ran into this tractor driver and asked him if there was a road to Quchan that led through the villages: 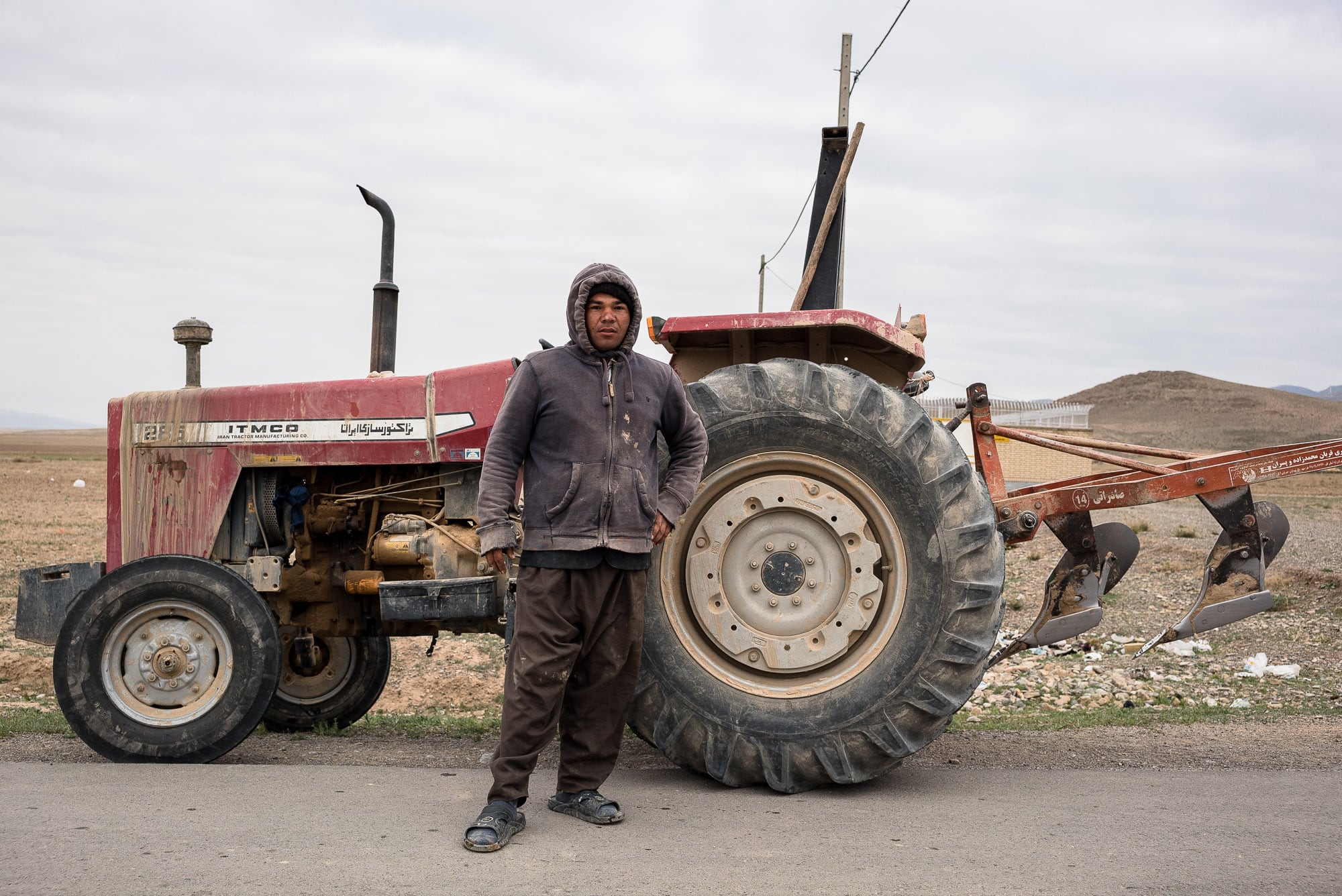 So I walked in the direction of the highway, and I crossed what looked like an empty river bed once: 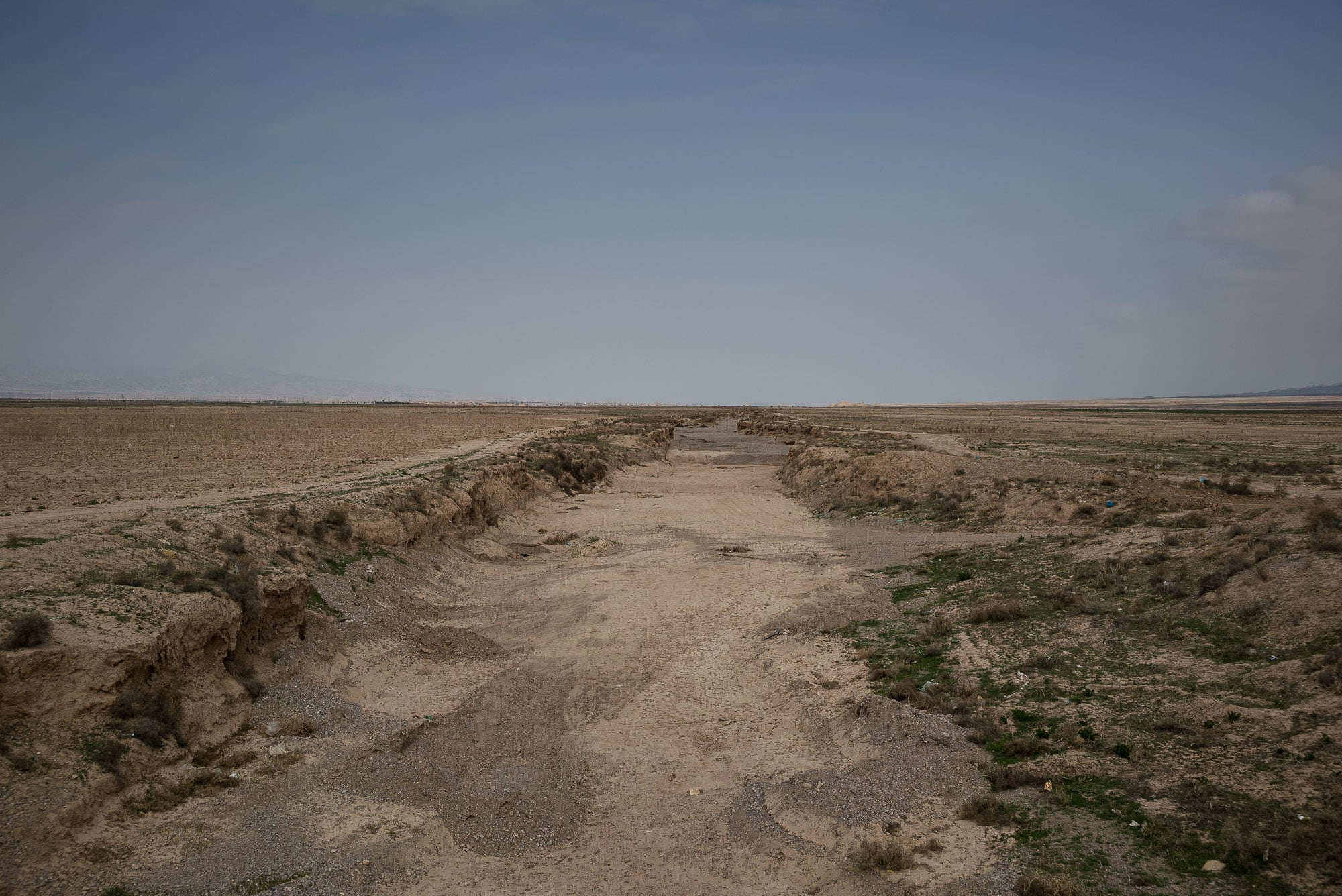 And then the highway was there, two lanes in each direction, separated by a divider: 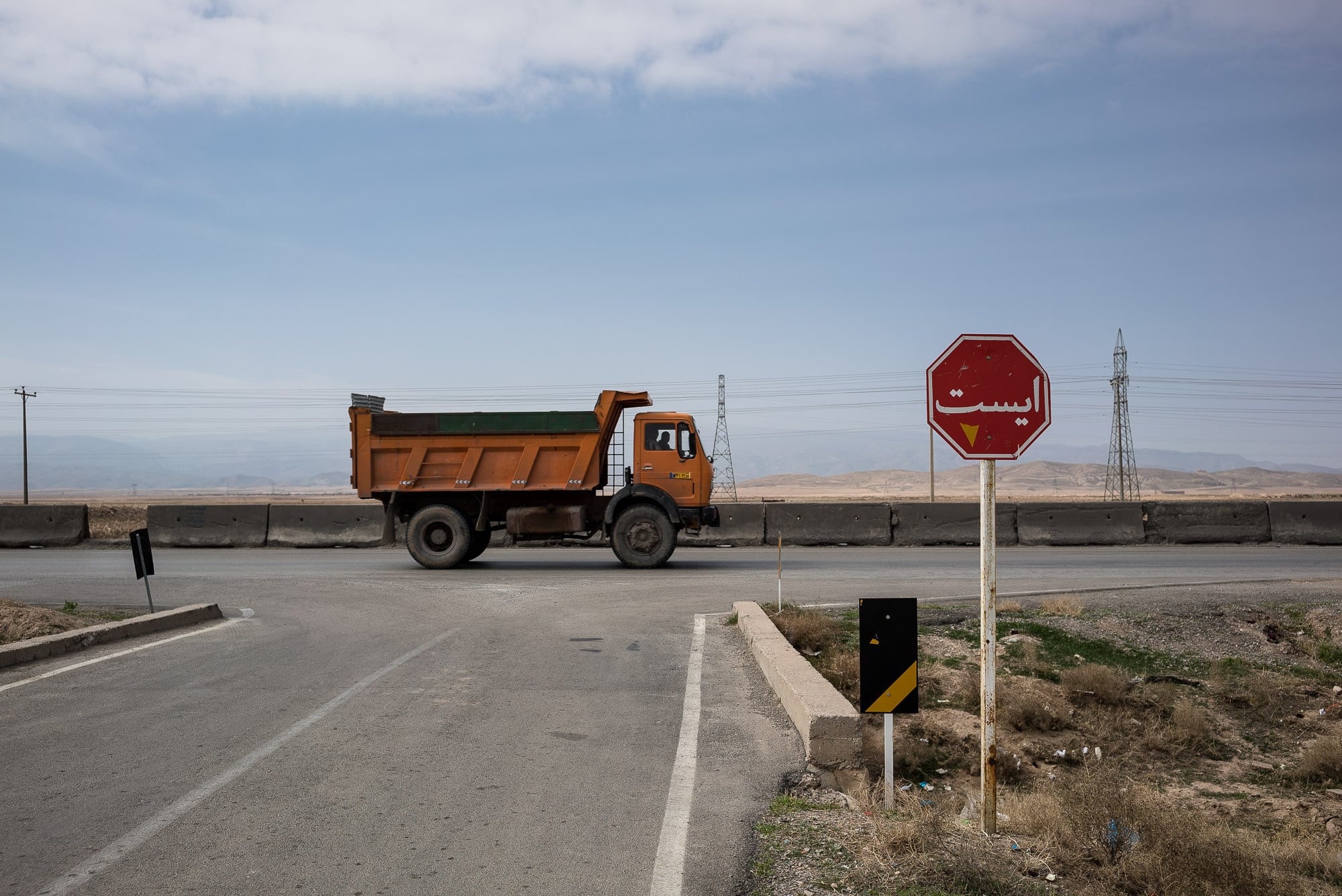 I always walk on the left side of the road, so I can keep an eye on all of the vehicles that are coming my way. Which meant that I had to cross the highway through an underpass: 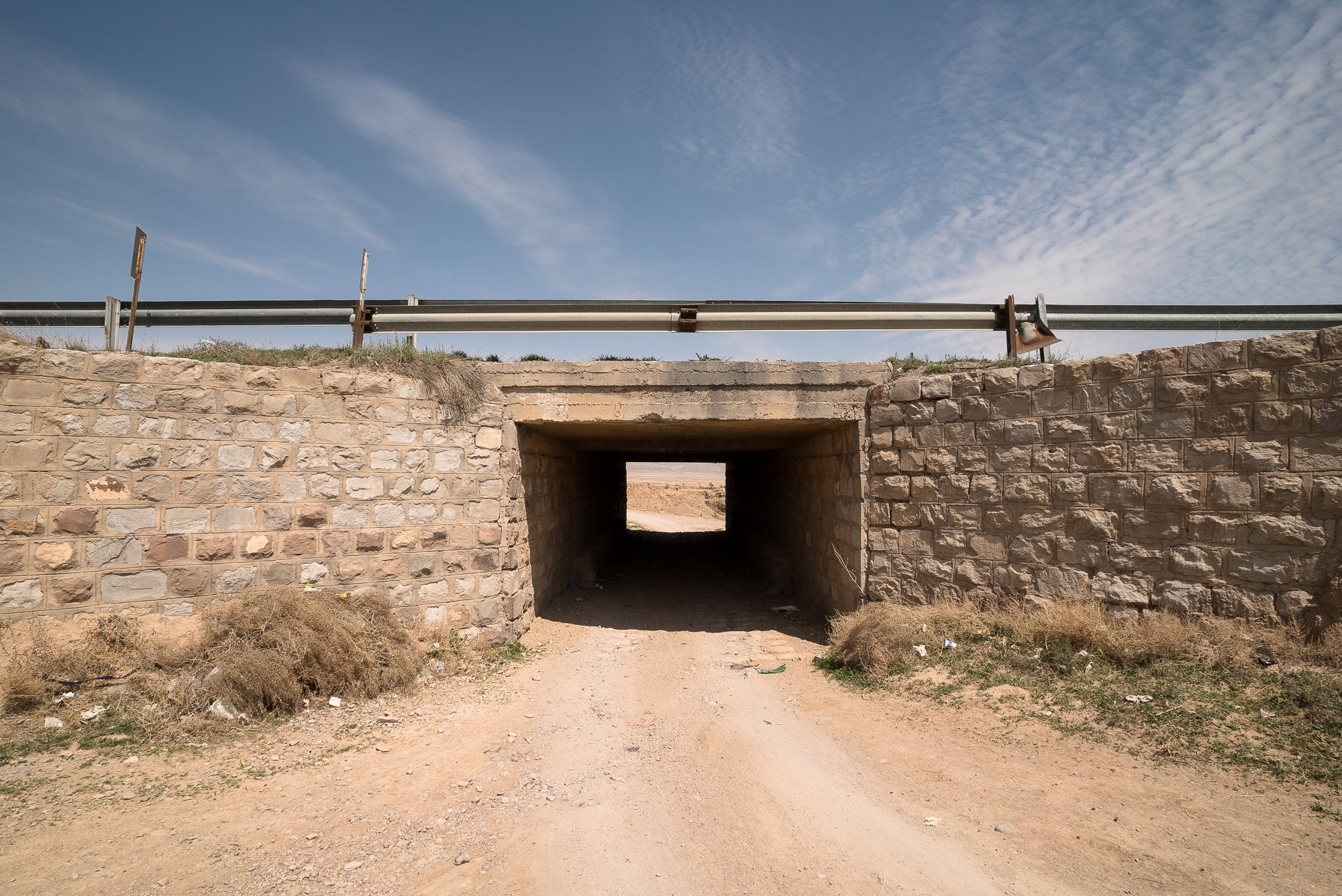 In the process of doing this (crossing the highway through said underpass) I hit my head so hard on the goddamned ceiling of the fucking underpass that I actually fell down to the ground.

Think of me as George Foreman and the ceiling of the underpass as Muhammad Ali and you get the picture. It was humiliating.

I was in a very bad mood after this, but then two things happened. First, I ran into this pilgrim: 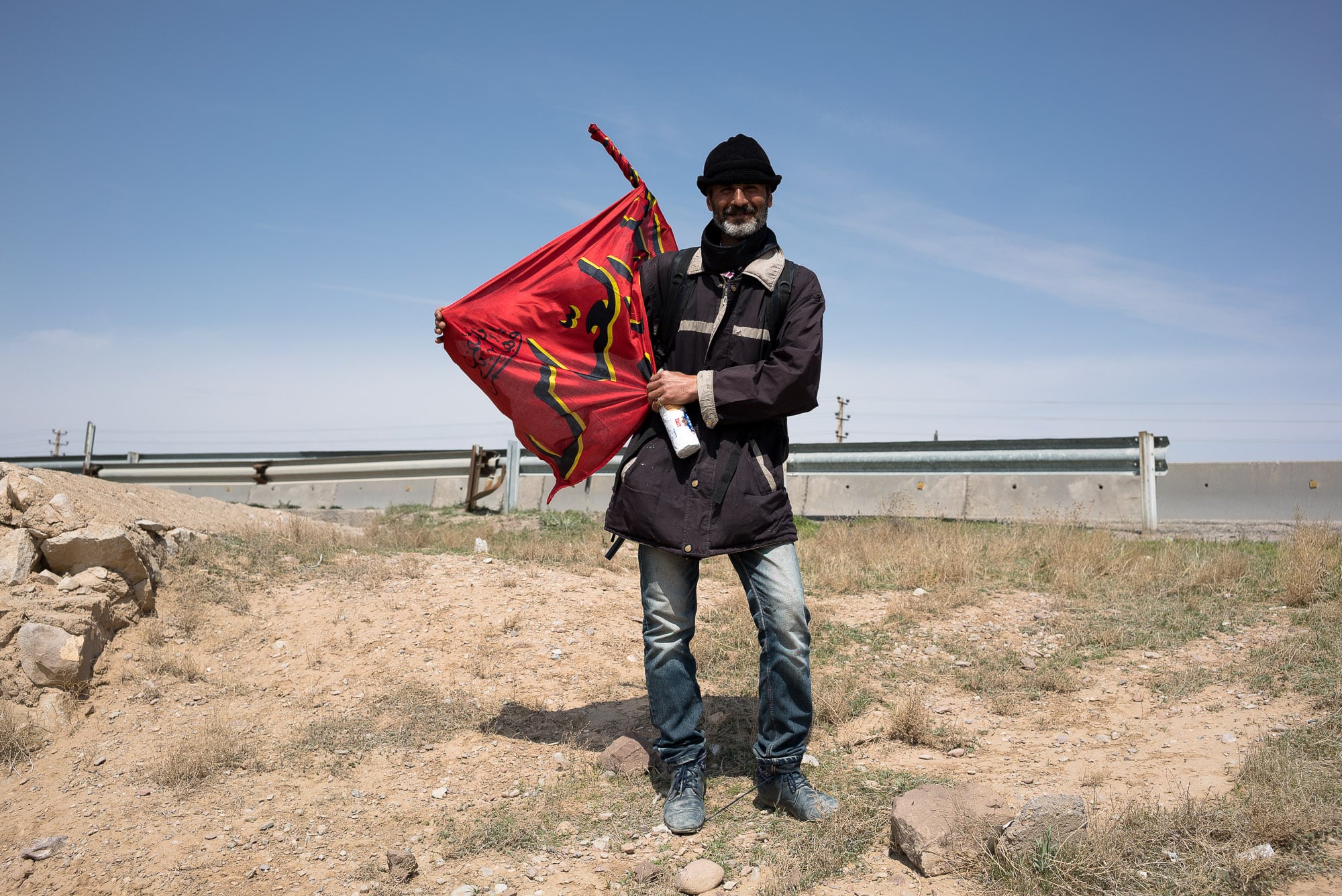 We didn’t have any linguistic common ground, but we managed to get some of our main points across, and I learned that he had come from Karbala in Iraq (a holy site for the Shia) and was on his way to the shrine of Imam Reza in Mashhad. 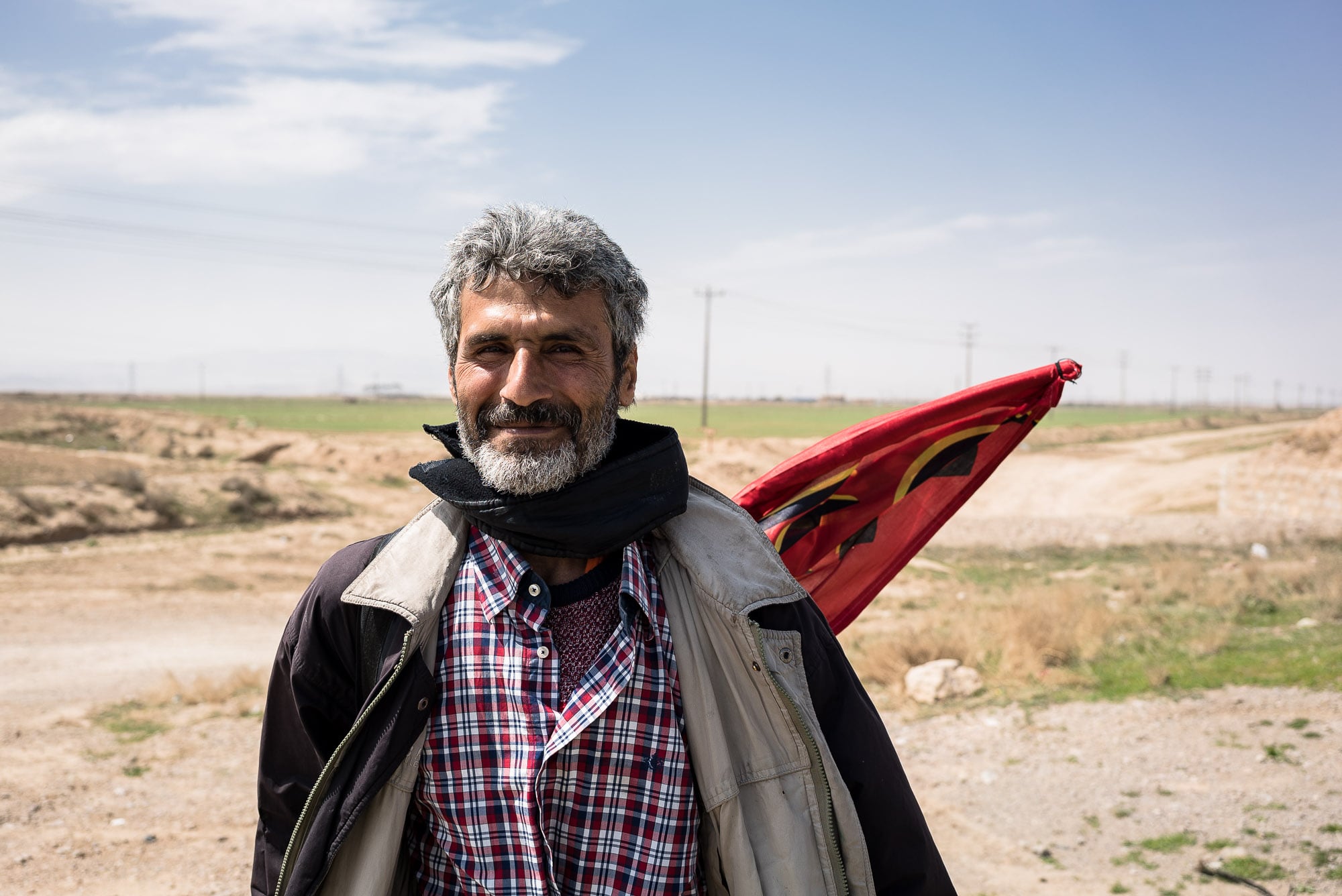 So I think he either figured that yes, I was a Christian and he was a Muslim, or that his name really was something like Musulman or Moselman or something like that.

Anyway, I was happy after this.

And things were about to get even better when I noticed all these little rats (I call them rats in the video, but I think I have found out now that they were in fact gofers): 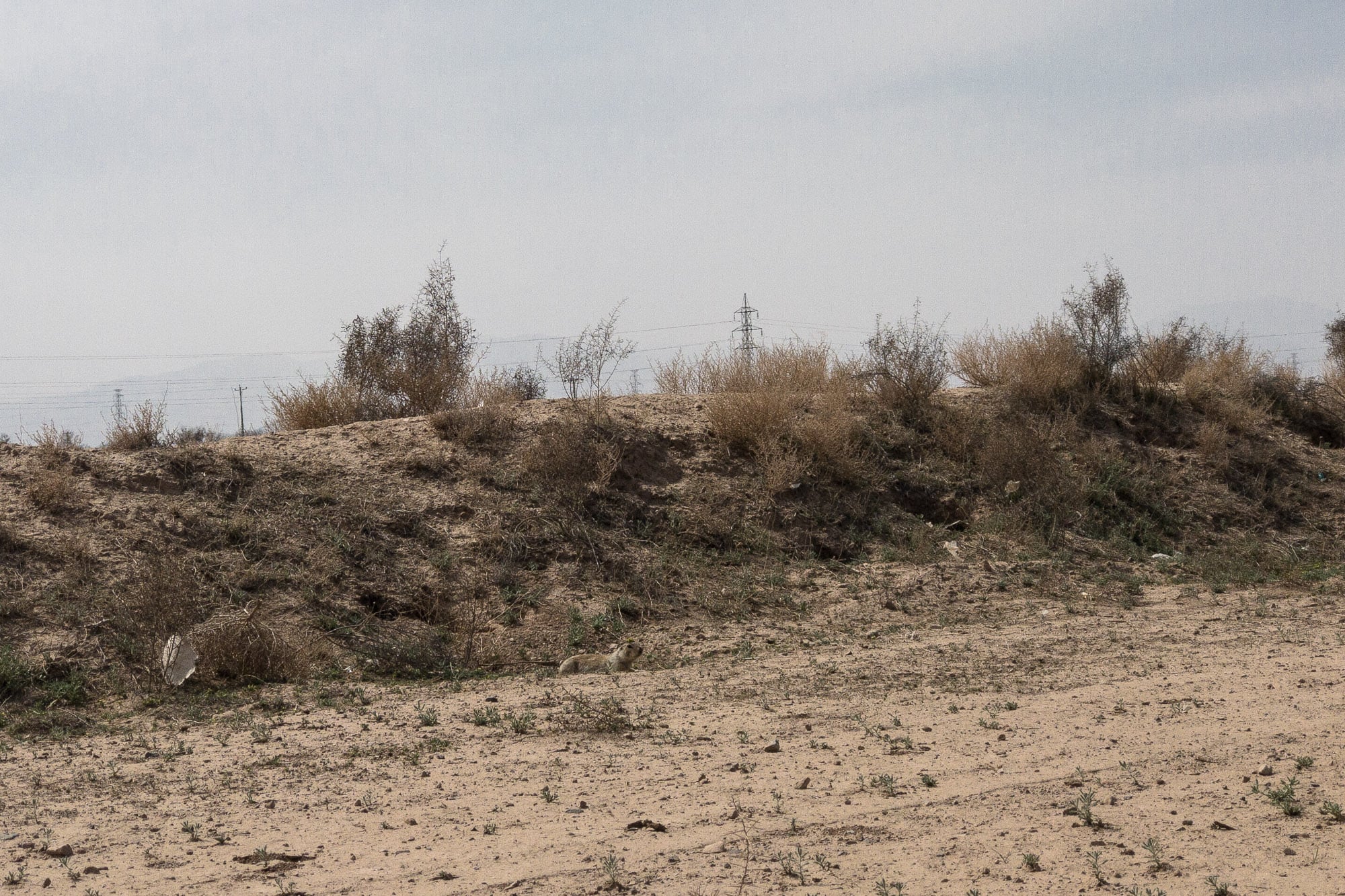 One of them came out of his hole when I sat there long enough. The whole place was full of holes: 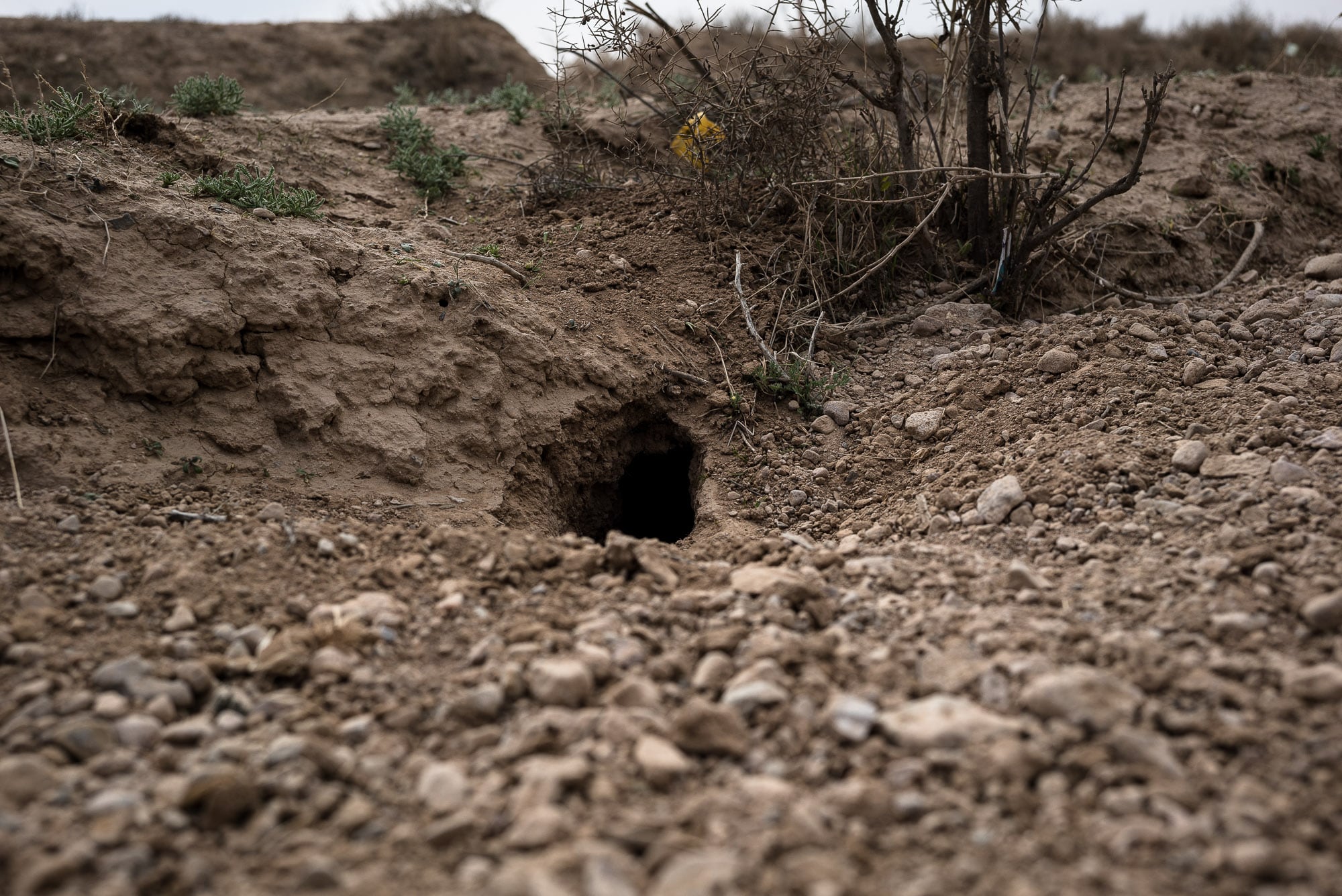 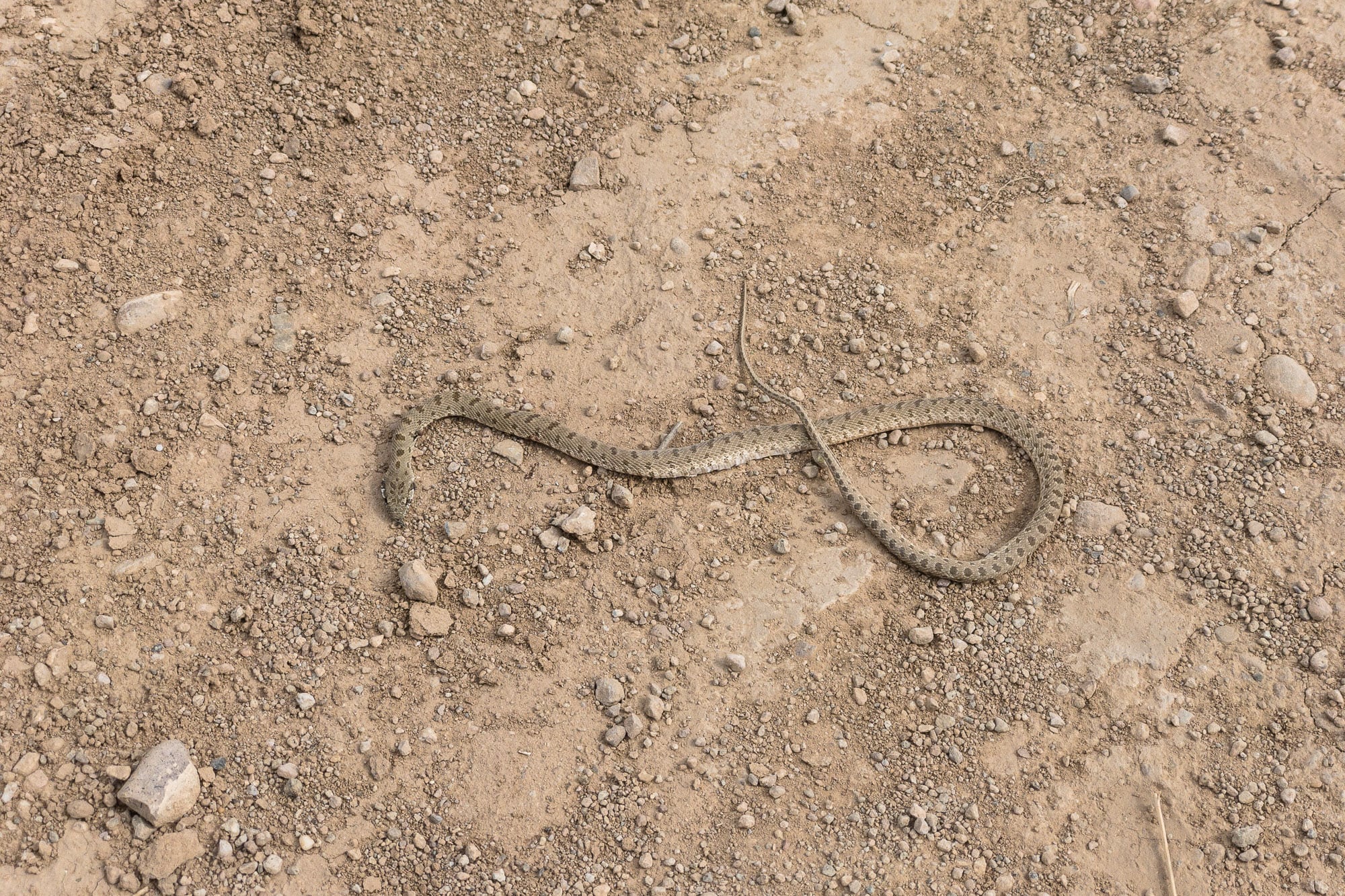 I think it was dead, but the thing with snakes is that you usually don’t want to make sure if they are really dead or not. Maybe the sneaky bastard was just faking it, and then what?

When the sun was about to set, I saw another shrine: 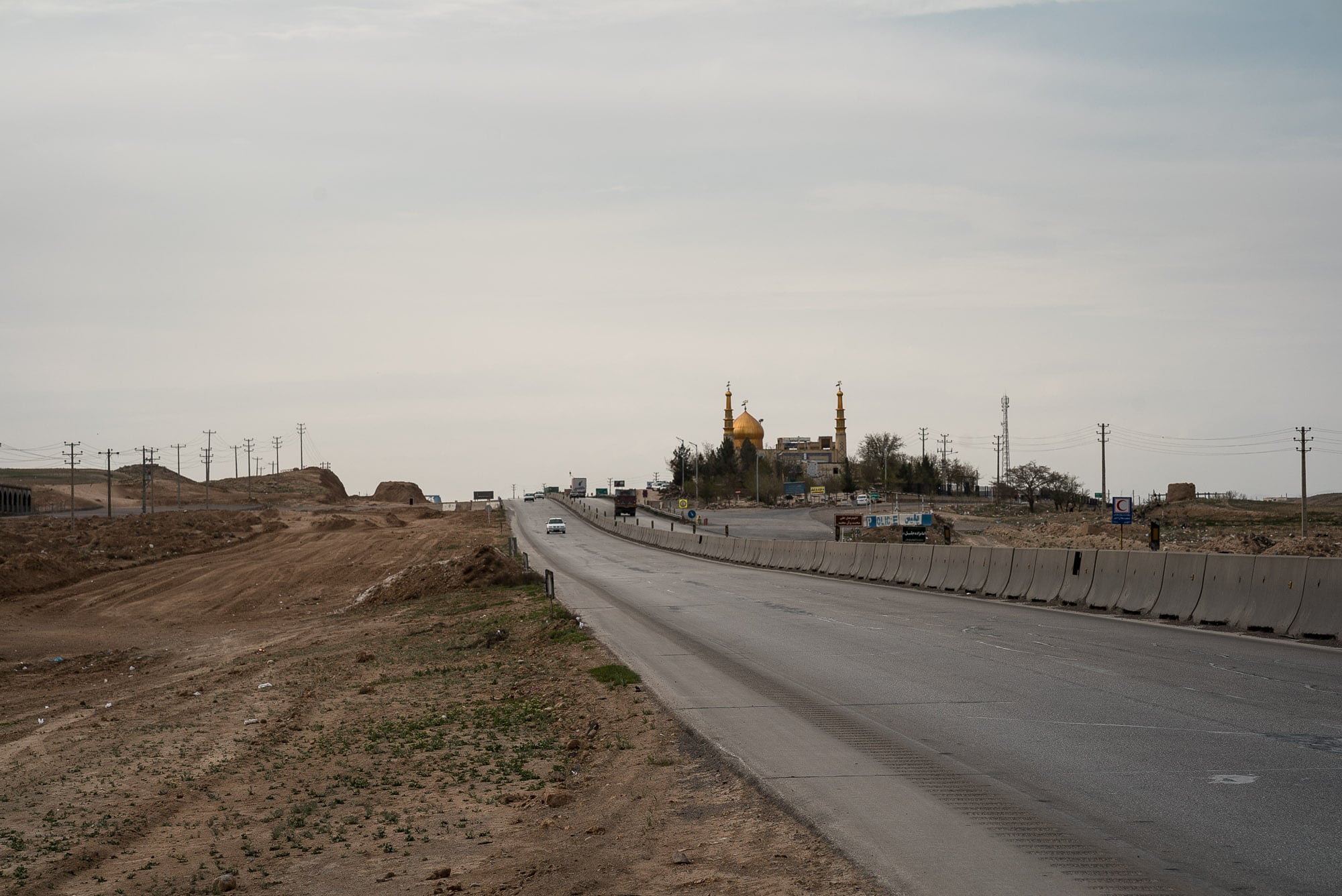 But, since it was located on the other side of the highway behind the divider, I had no way of visiting it: 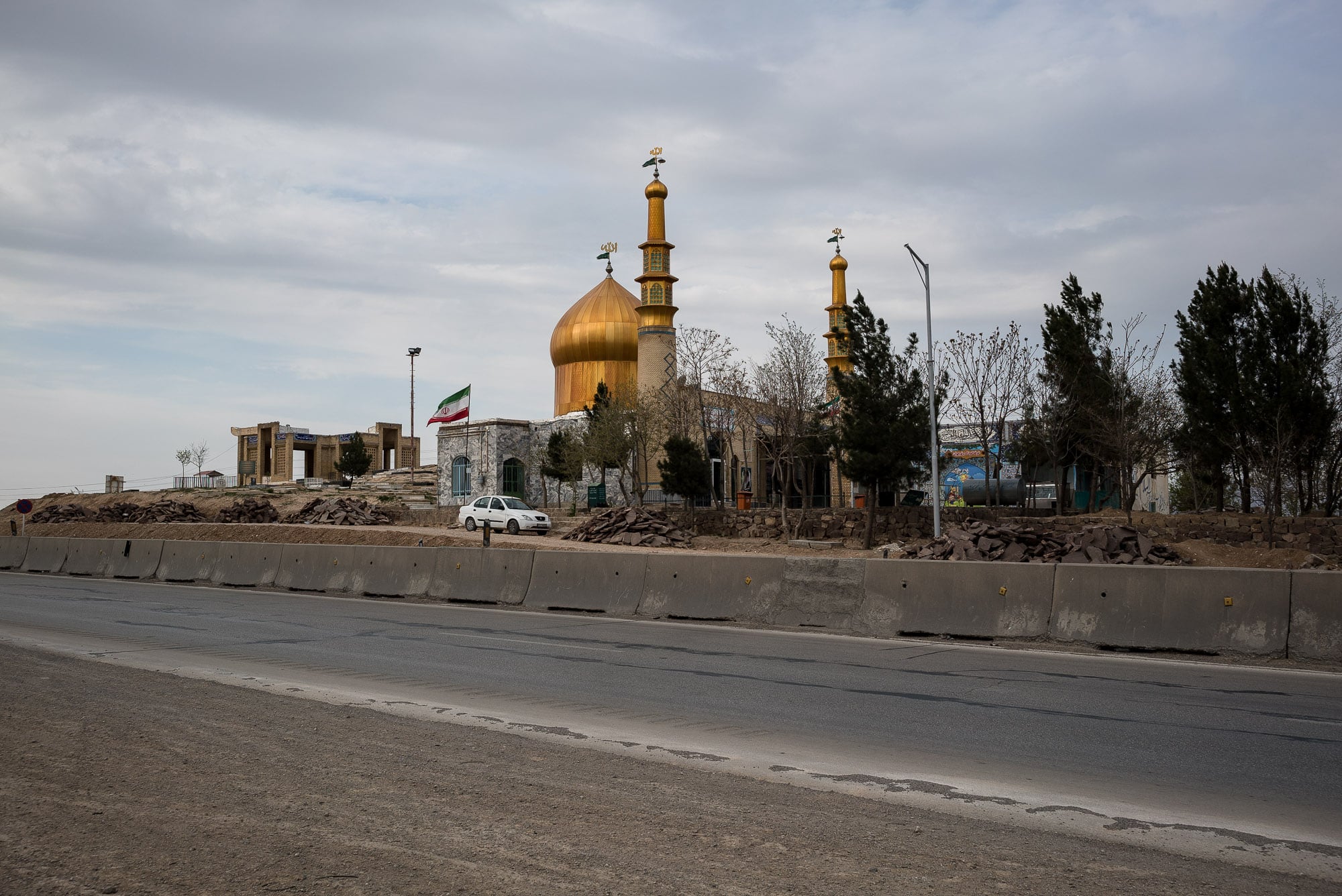 I reached a roadside mosque eventually: 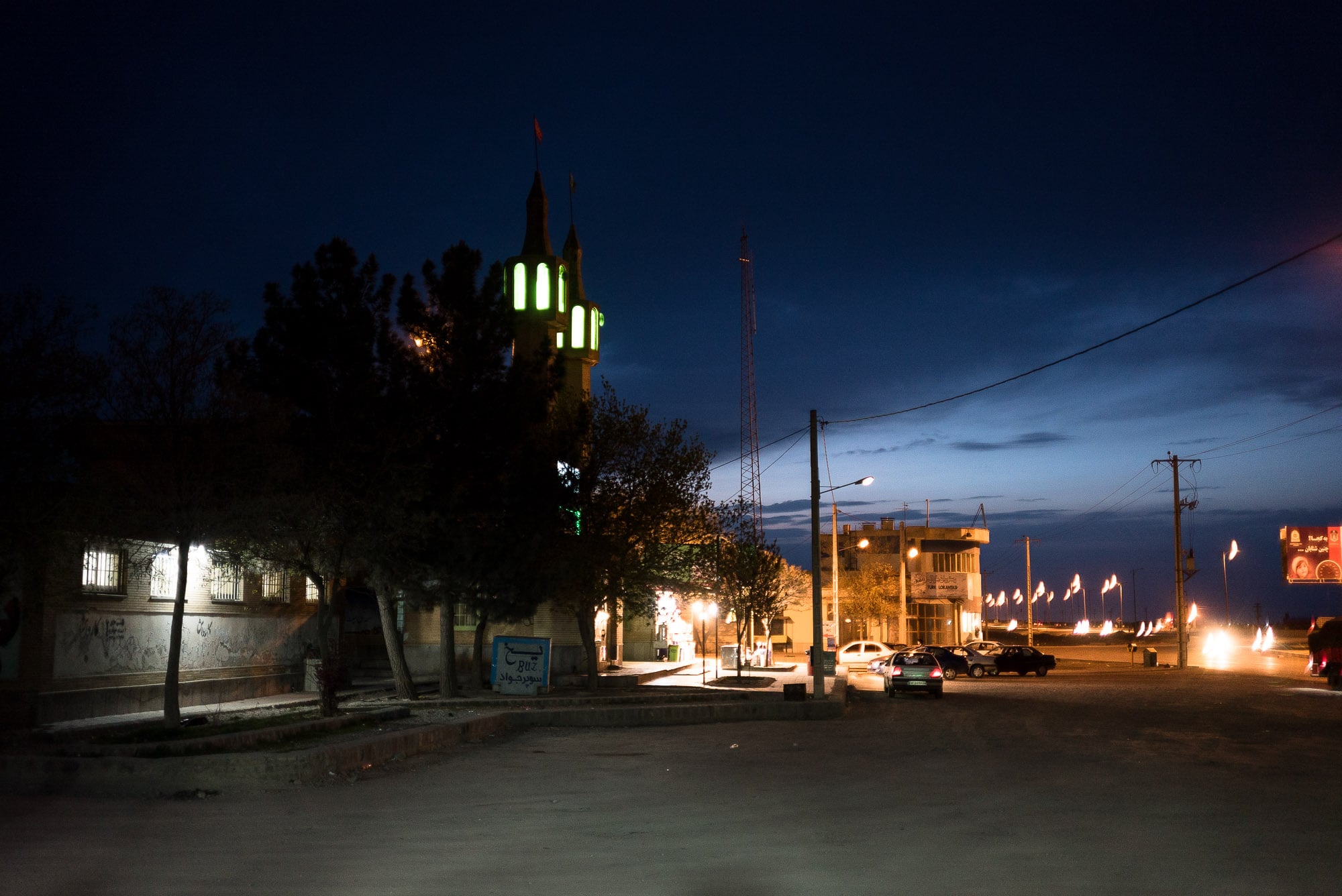 And when I did, this friendly dude called Reza helped me secure a place to sleep: 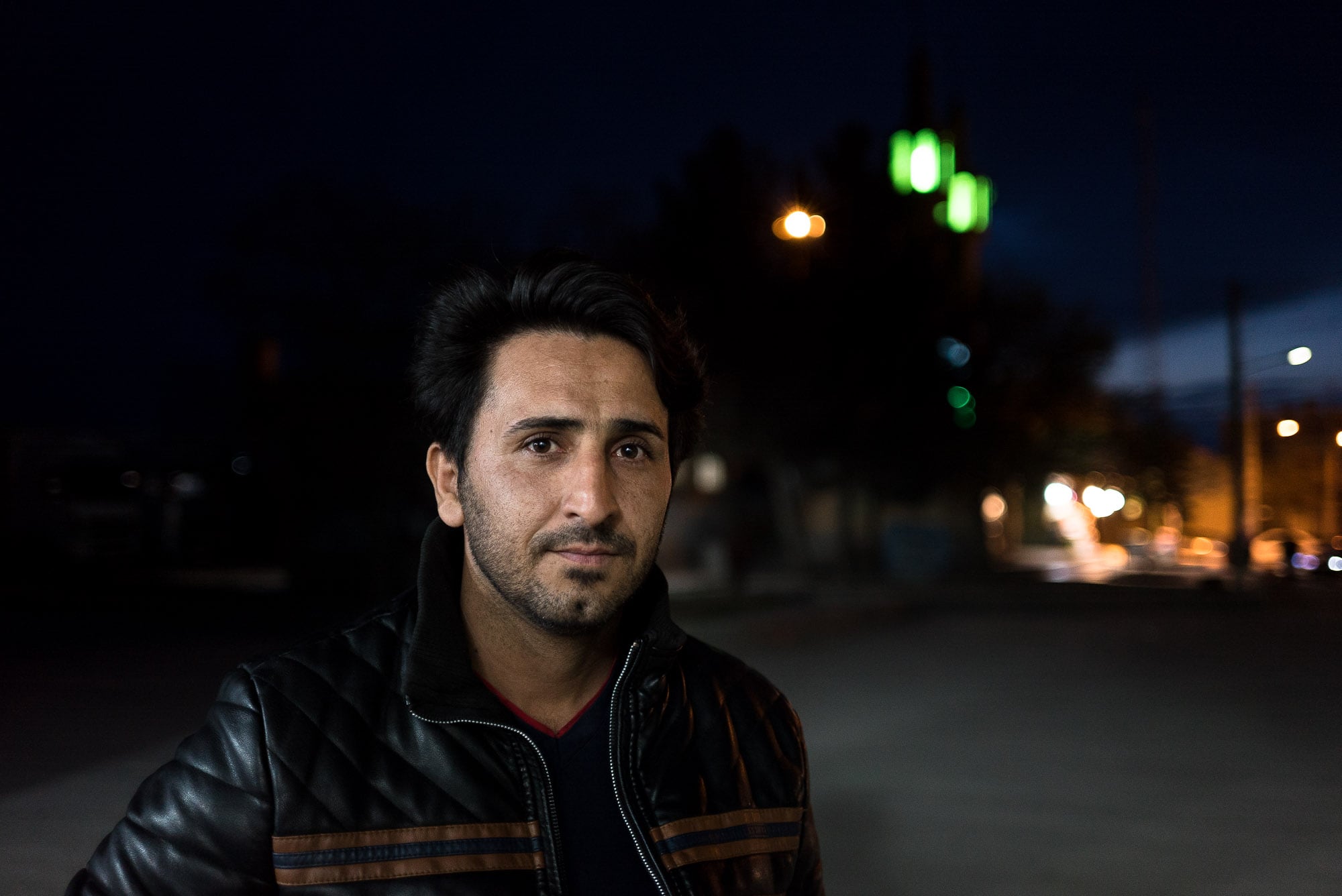 His dad had a food place next to the mosque, it was full of Turkish truck drivers: 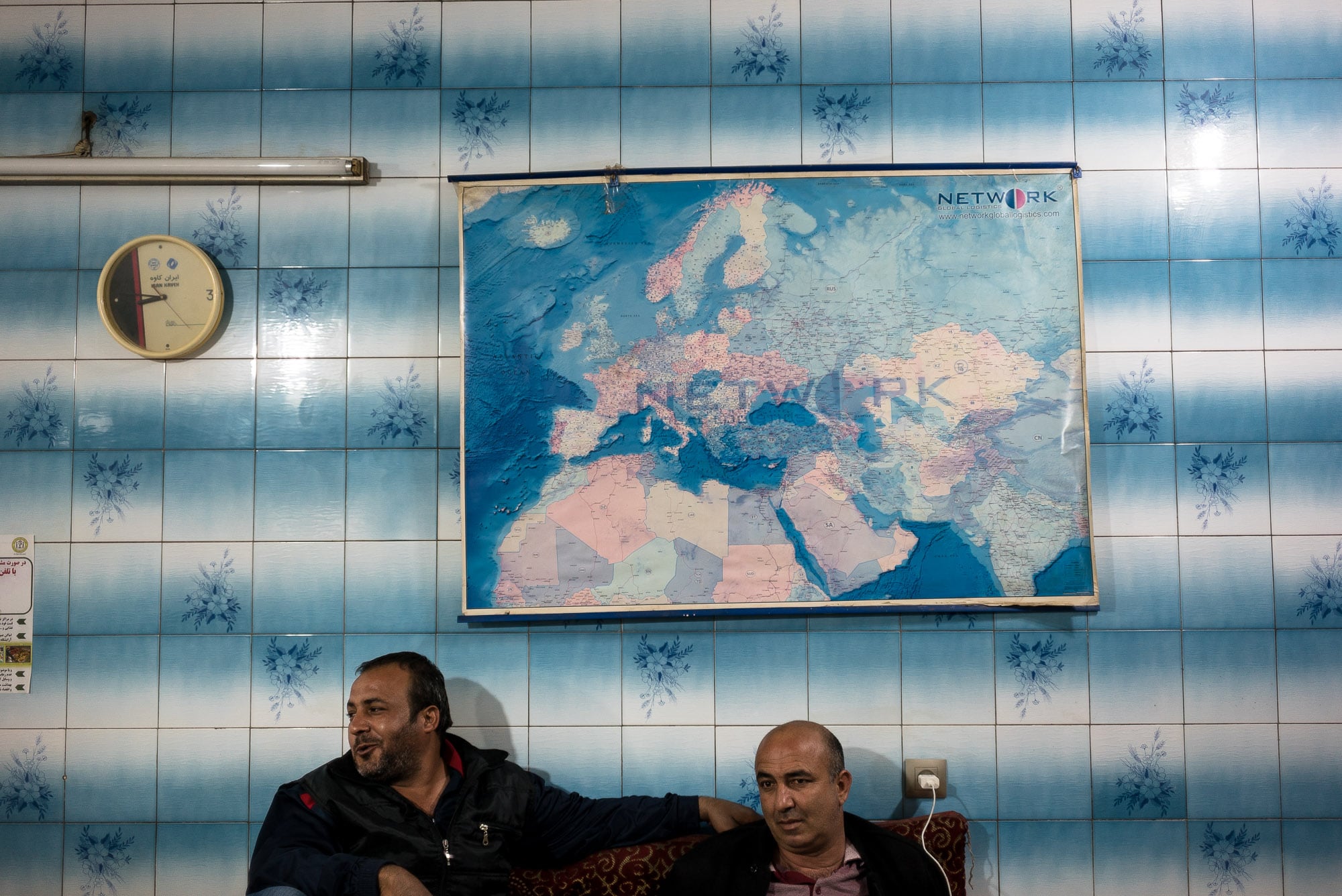 I pointed at a dish some other dudes were eating, and then I nodded, meaning that I, too, wanted to have this dish: 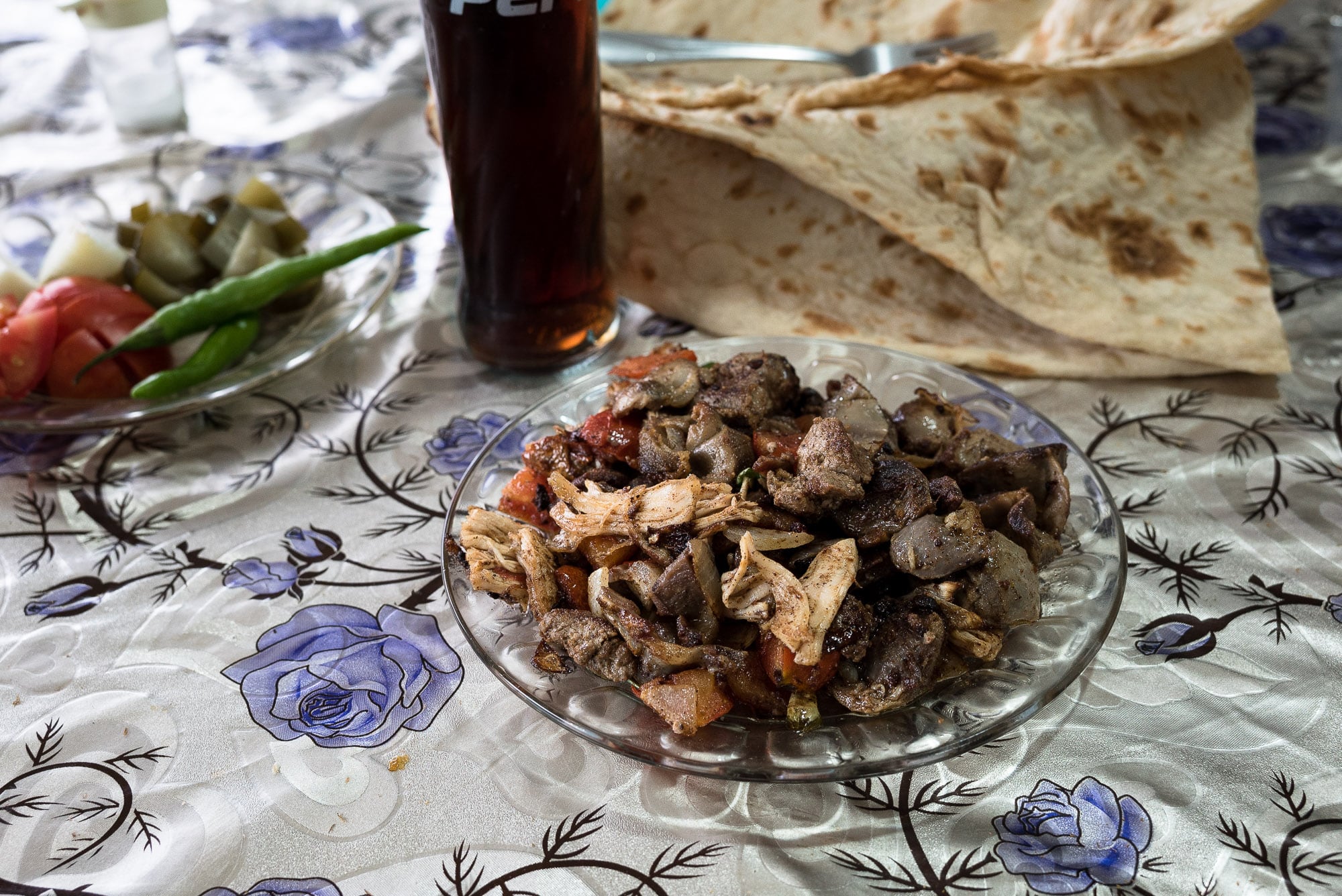 The first bite revealed that it was liver. The thing with liver is you either like it or you don’t. I don’t. But today, after all that walking and that shitty, loud highway, and the metaphorical fist of Muhammad Ali cracking my skull, and the pilgrim, and the gofers, and the shrine, I loved this dish of liver.

The mosque was very busy with drivers coming and going from the road all the time, so the guys put me up in a back room, which was more like a closet, actually: 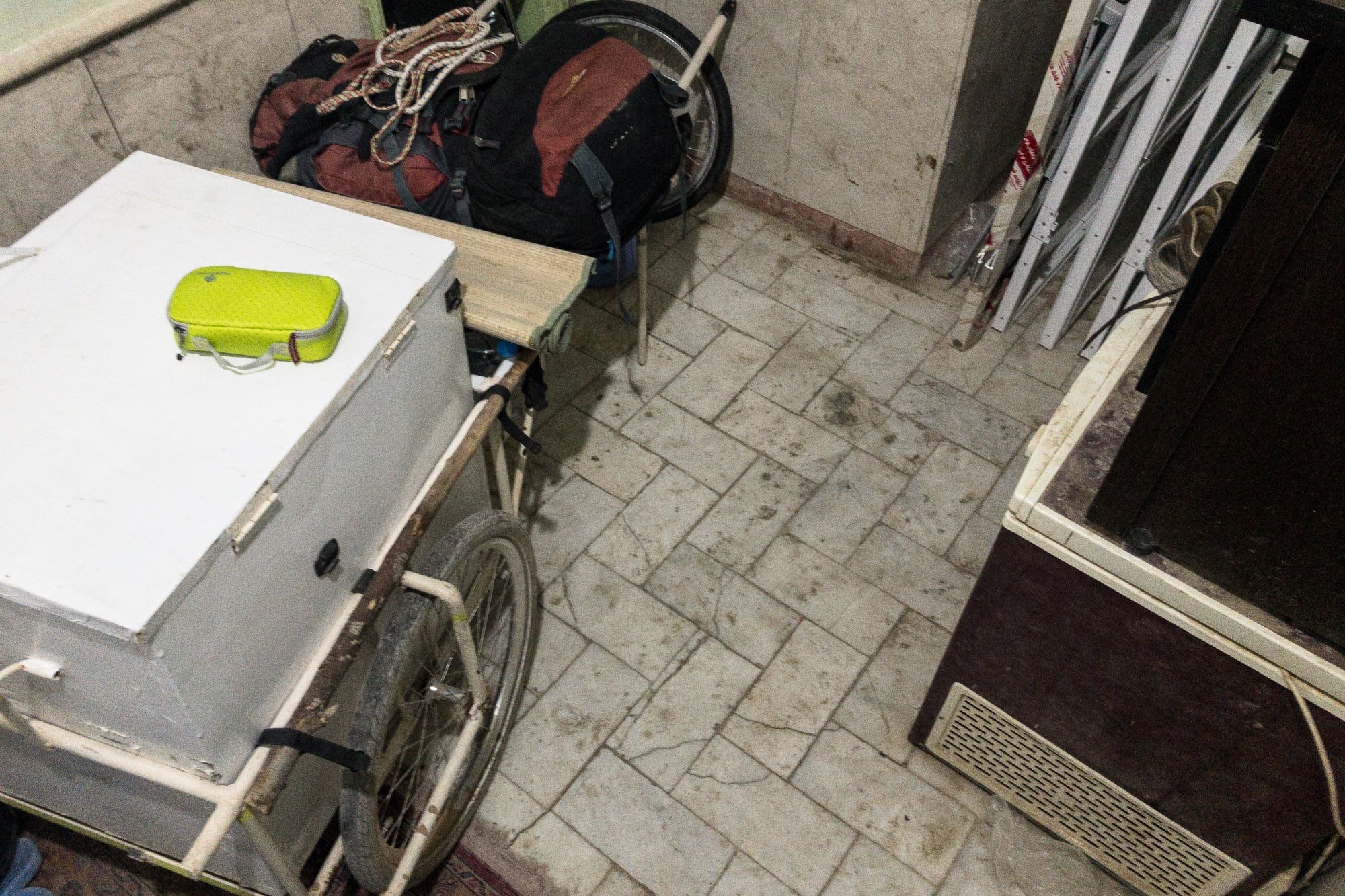 Doesn’t look like much, but I loved it. It had a key. It was mine. It was safe.

I wandered around the truck stop slash mosque slash miniature bazaar for a while. The hot water containers were steaming in the cold: 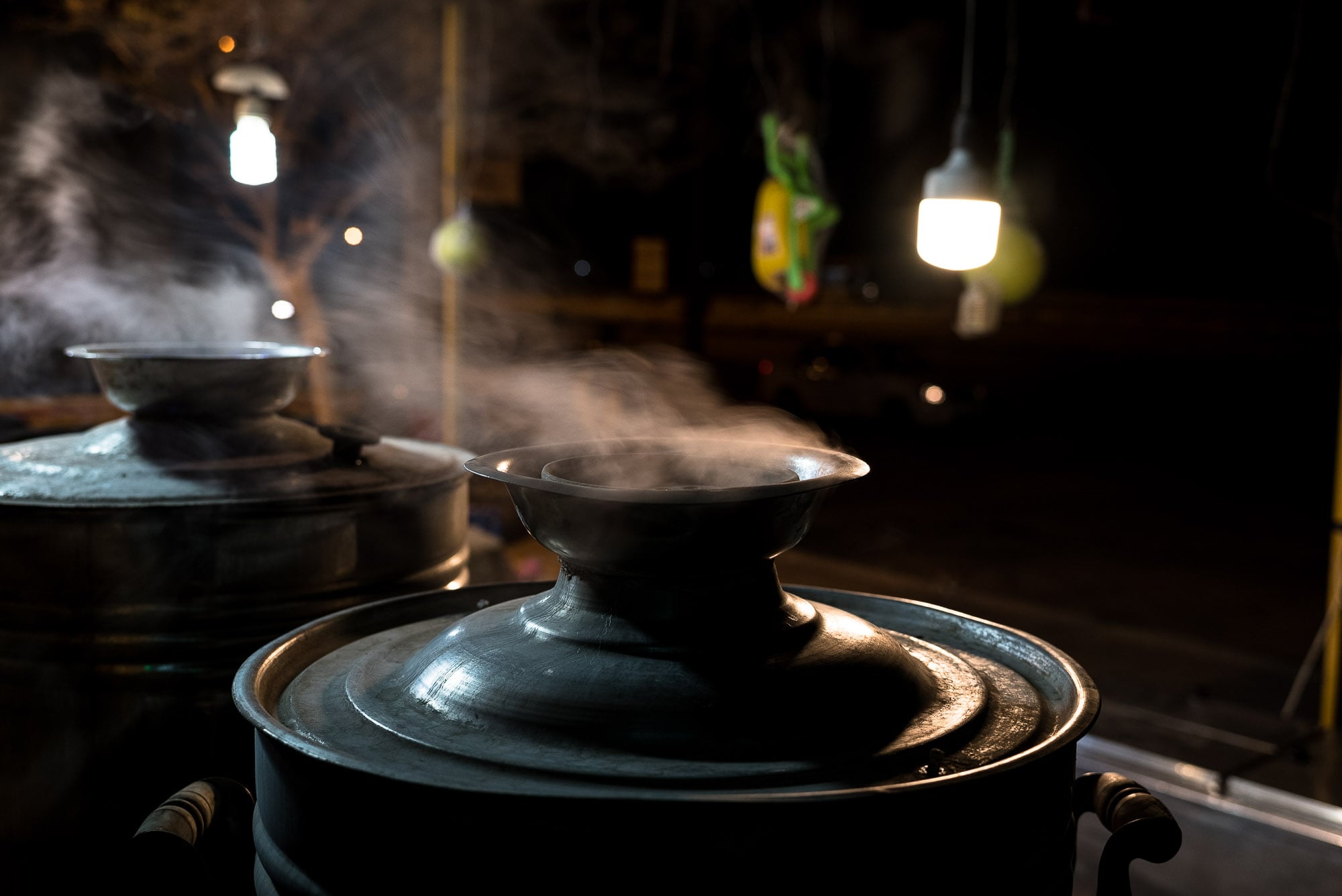 The shops were shining: 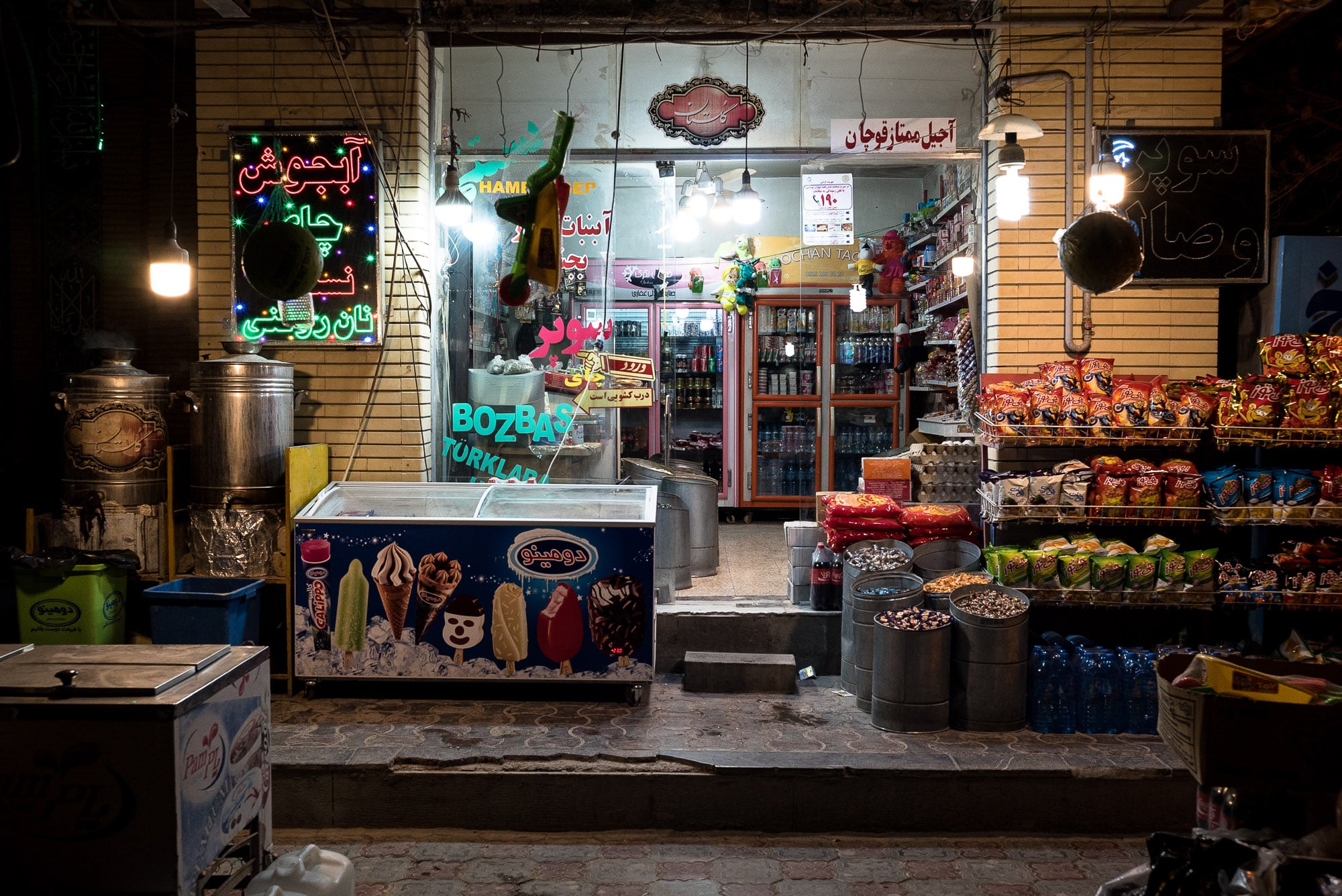 And the truck drivers were doing the same as me, strolling around: 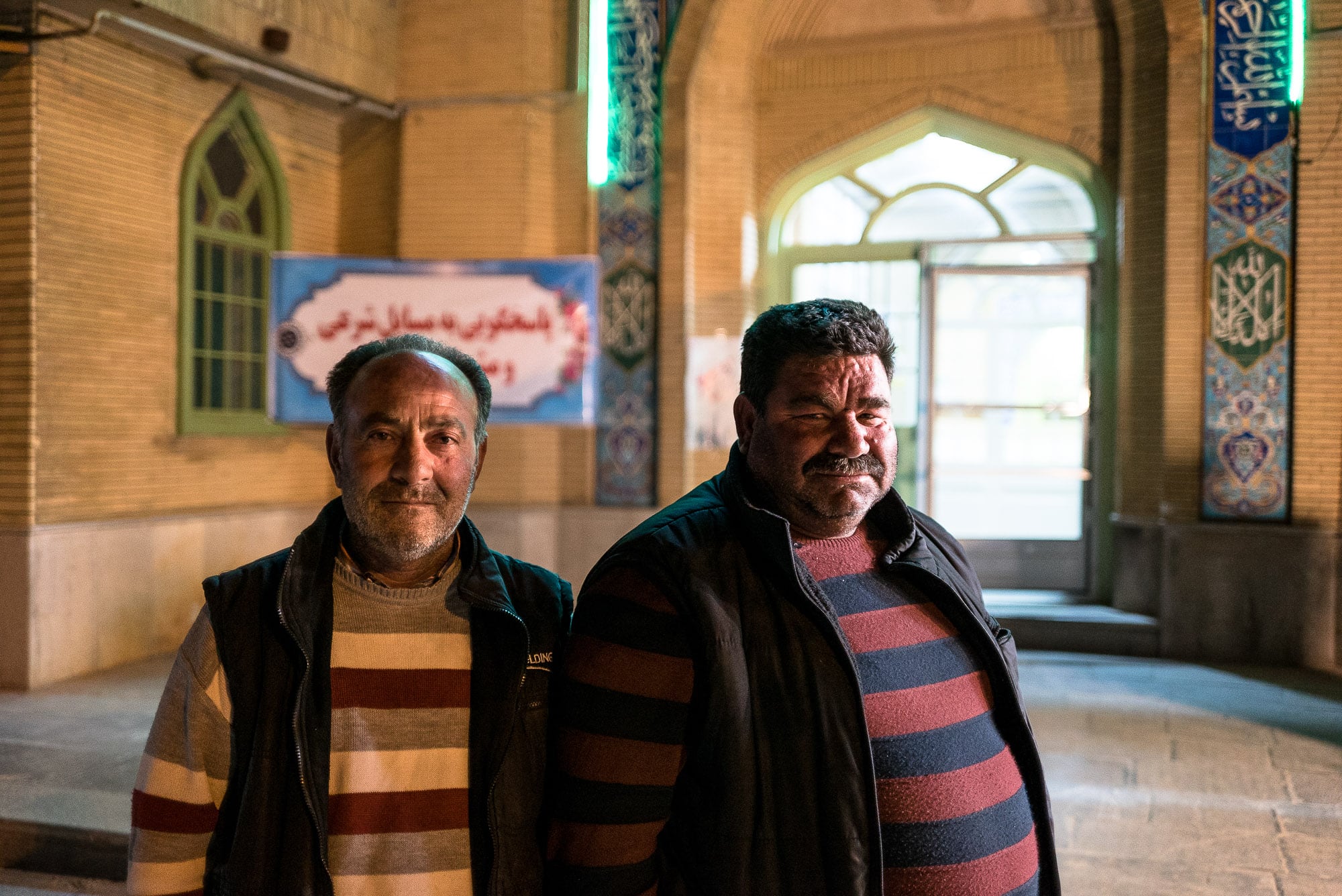 Then I brushed my teeth. Then I cleaned my face. And then I washed my feet: 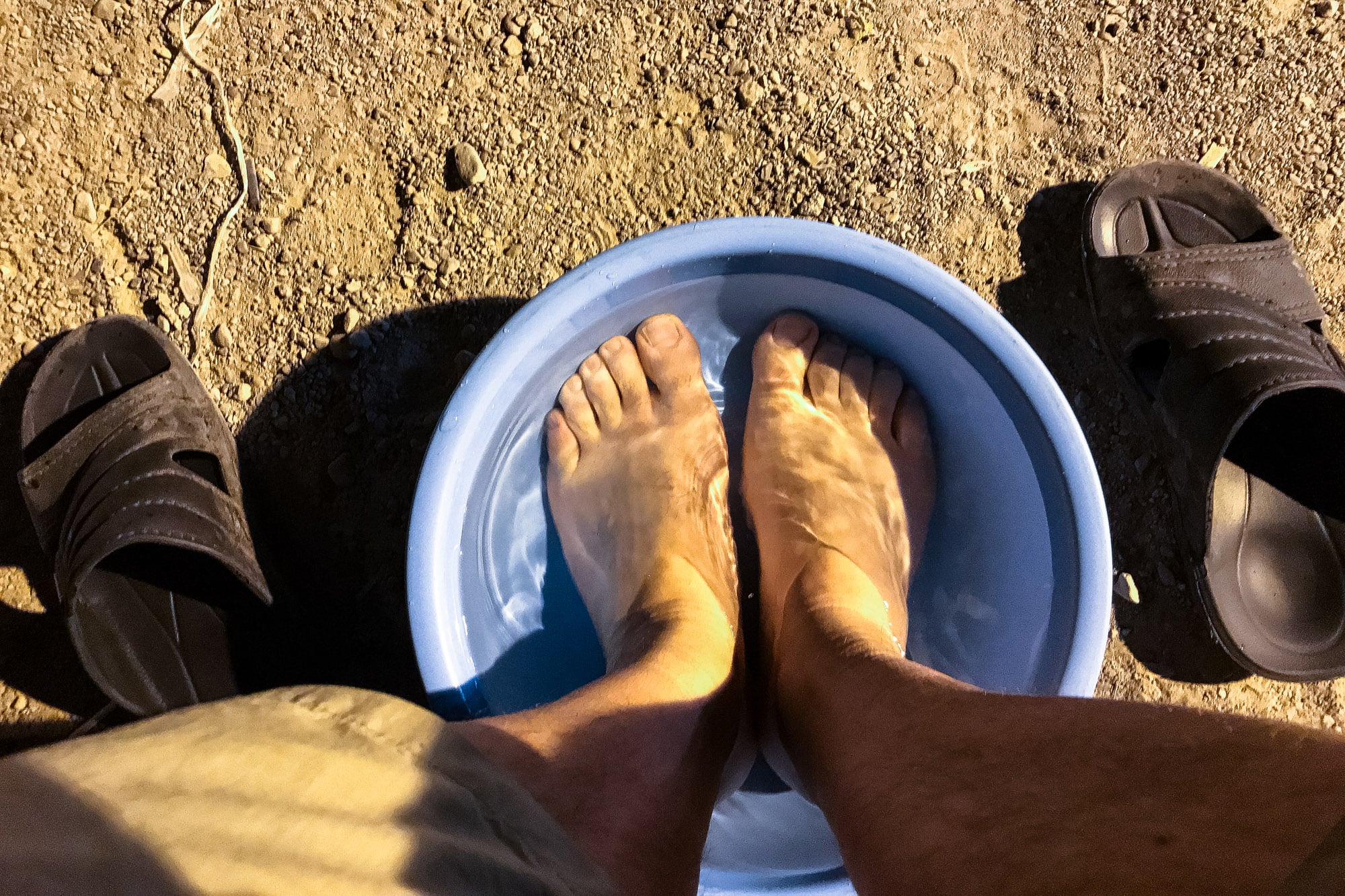 It was cold, and while I was sitting there, waiting for my feet to soften under the touch of the water, I could see a trash can and behind it, the highway: 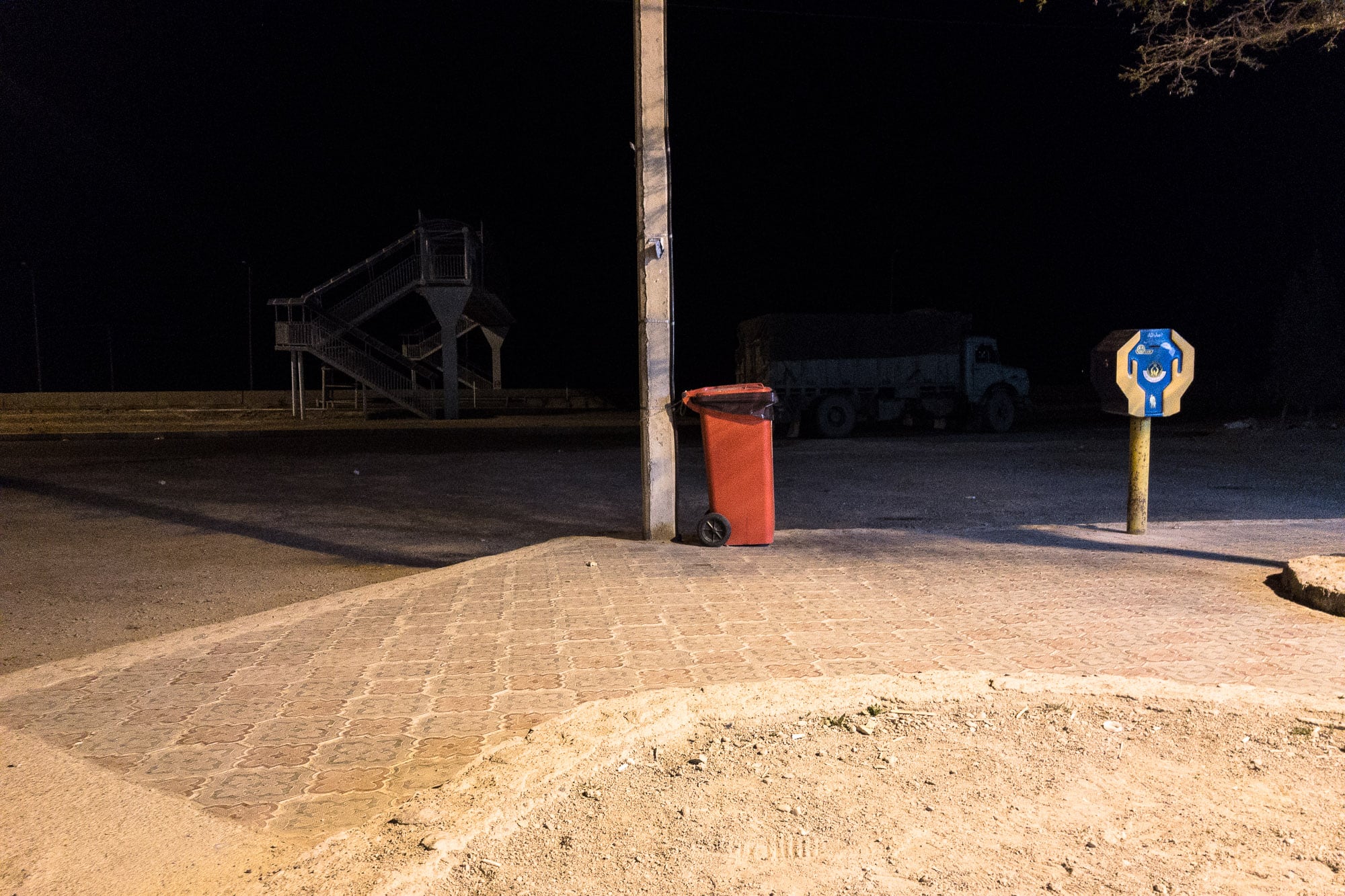 Day 1073
from Mouchenan to roadside mosque