I wanted to continue on the nice quiet country roads, so I asked the people of the eco-lodge in Radkan to help me come up with a roadmap to Quchan, and they did: 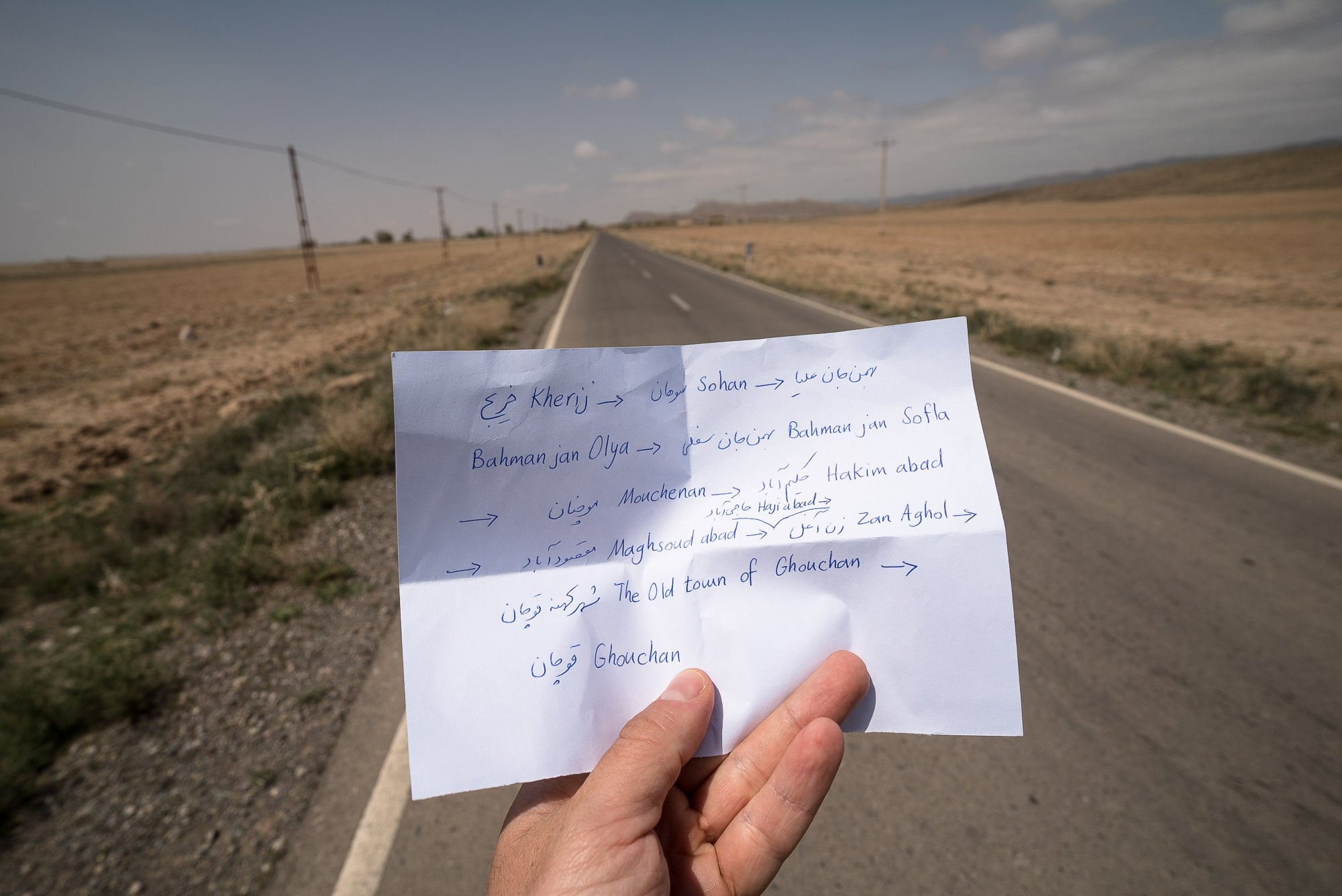 It was basically going to be village hopping.

The road was so quiet it was mezmerizing: 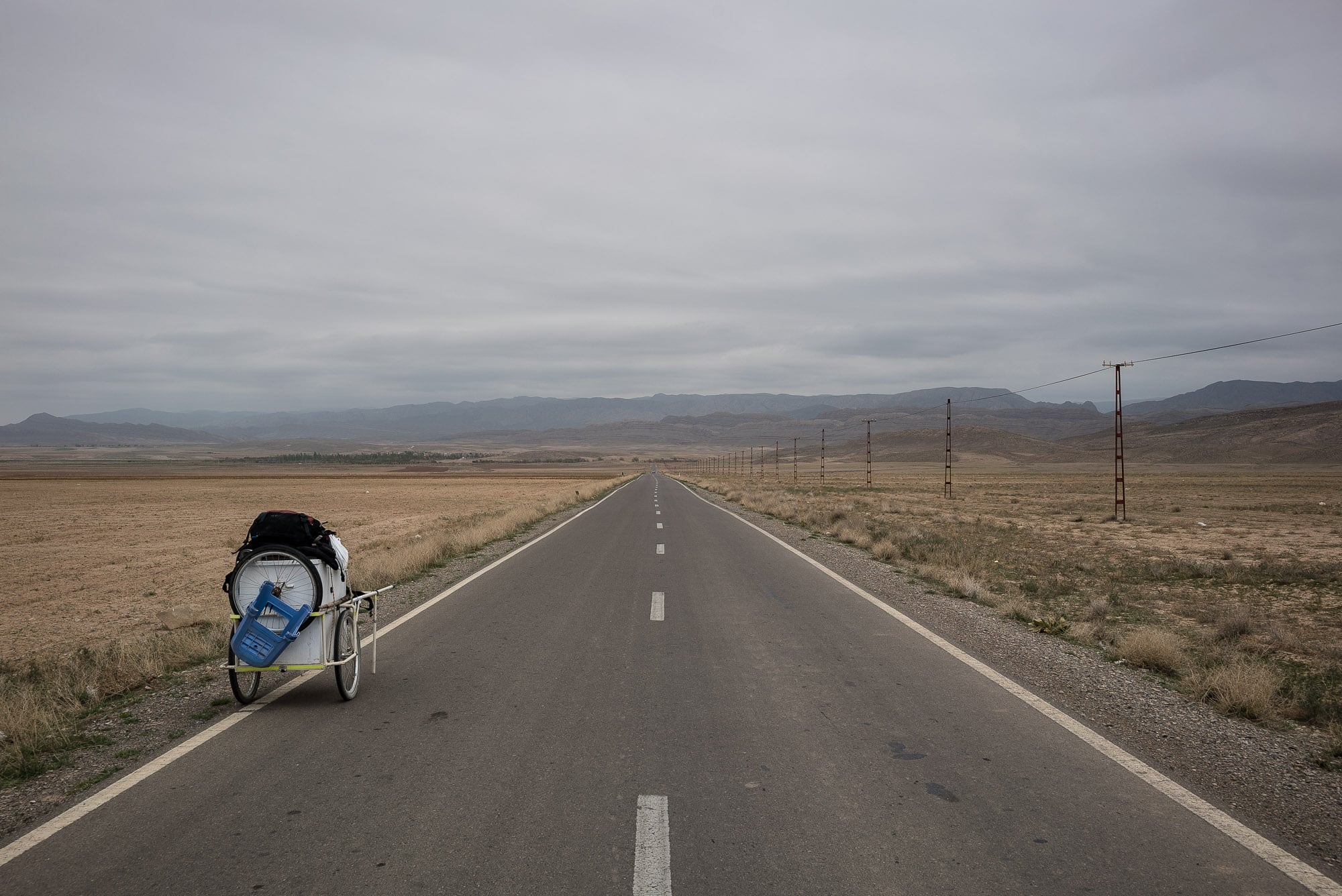 One time I ran into a shepherd: 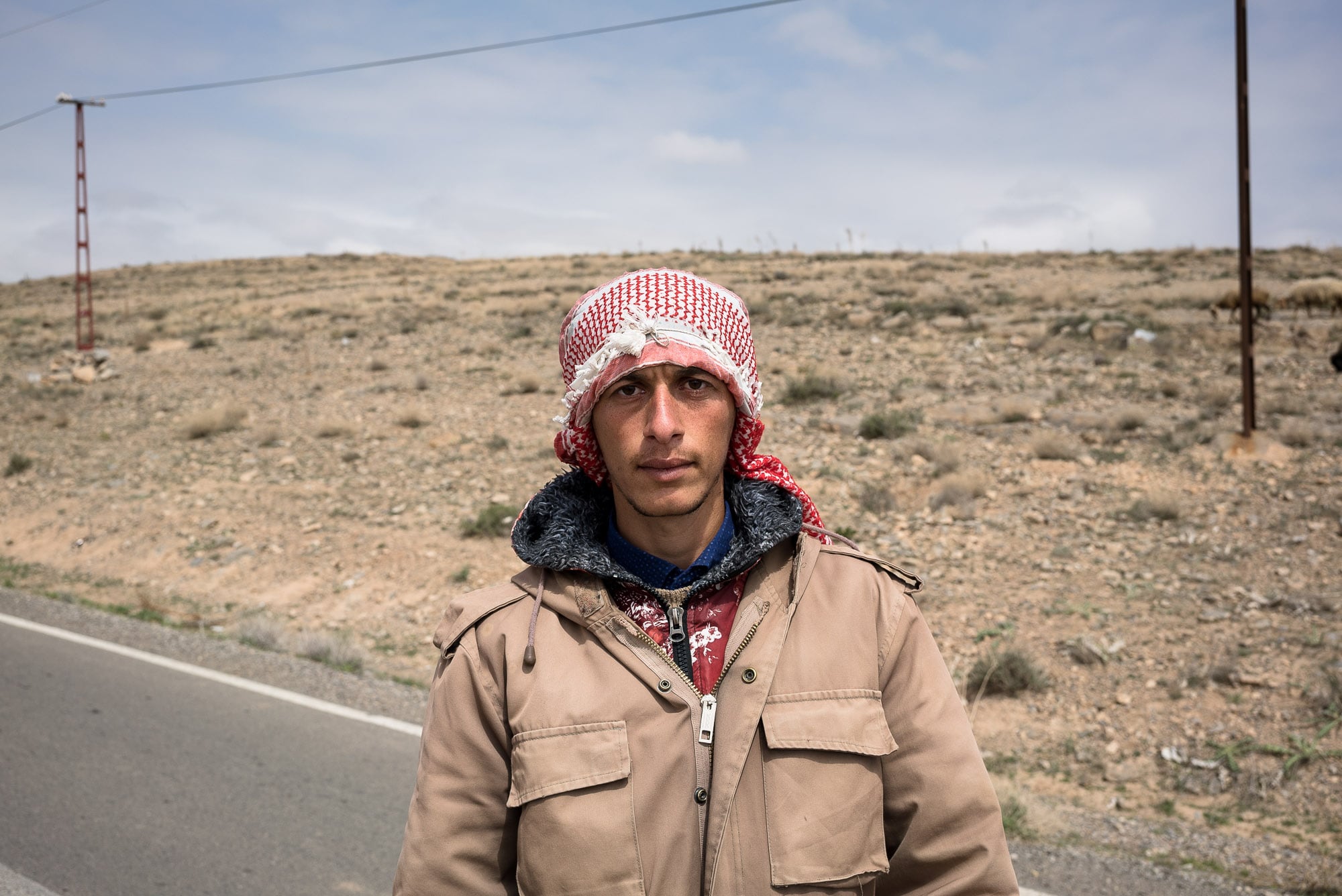 And one time there was a little village even smaller than Radkan: 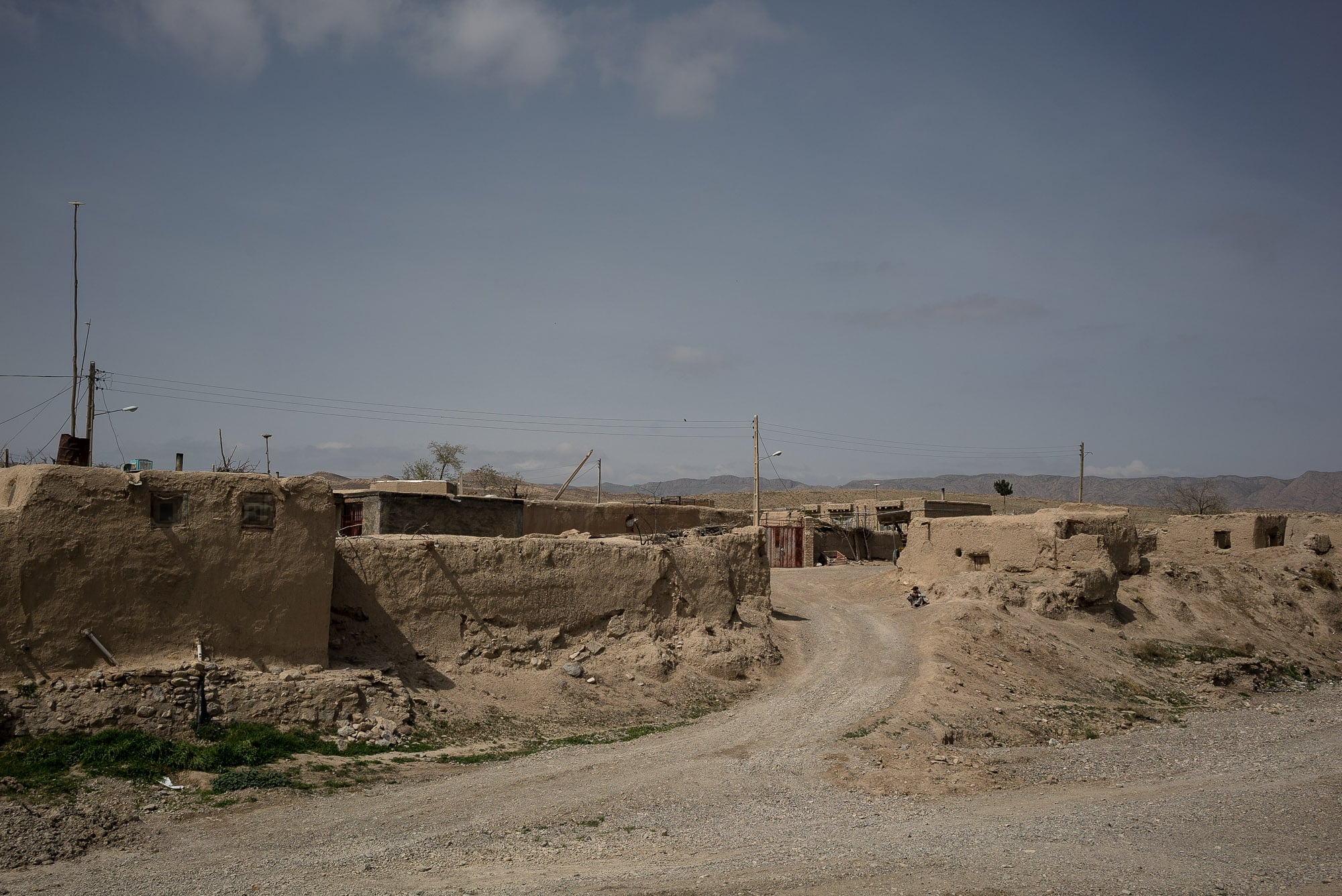 Meysam and his friend stopped their car to say hi: 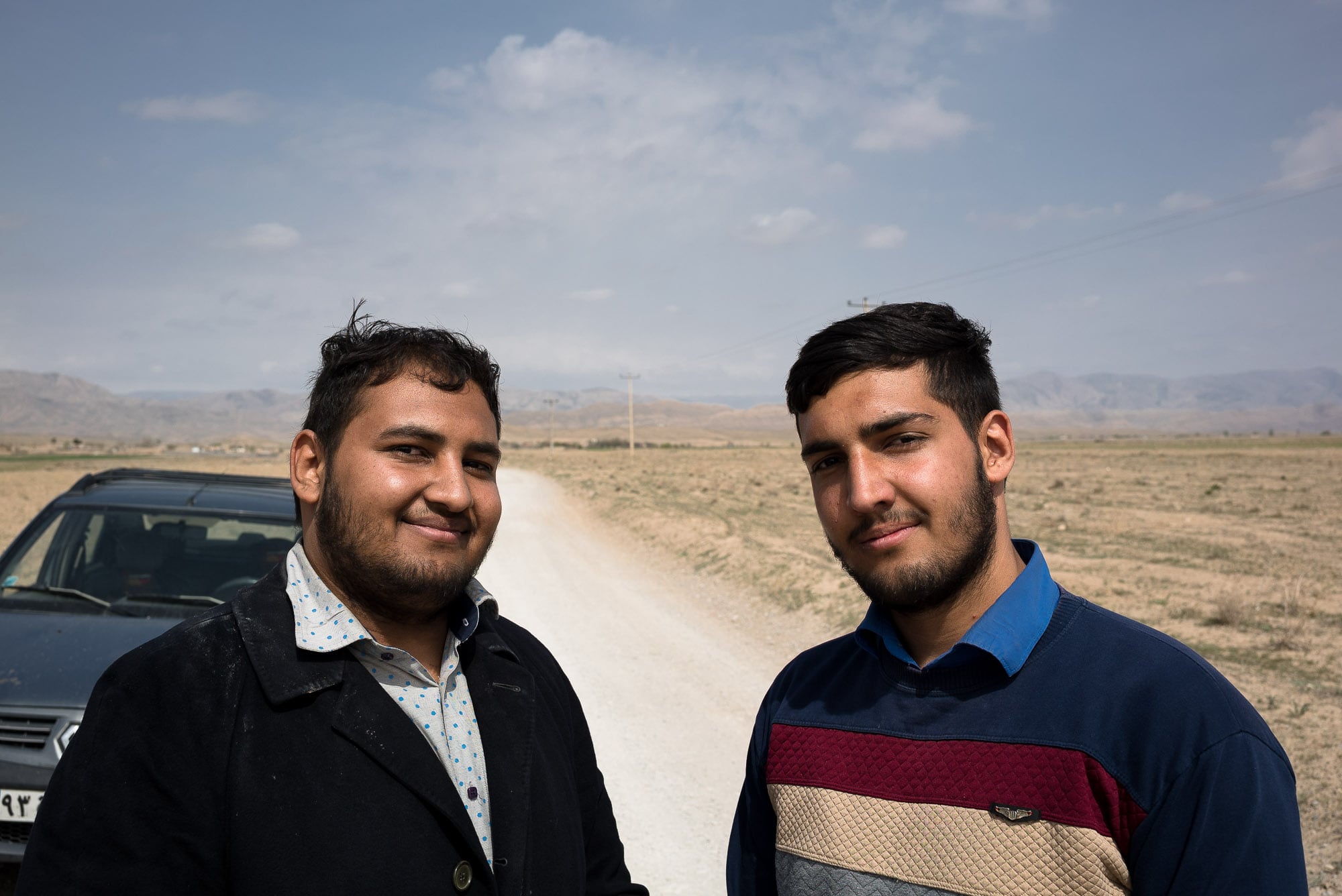 Every time I was about to enter a village, I would see monuments to the villagers that had been killed in the Iran-Iraq War in the 1980s: 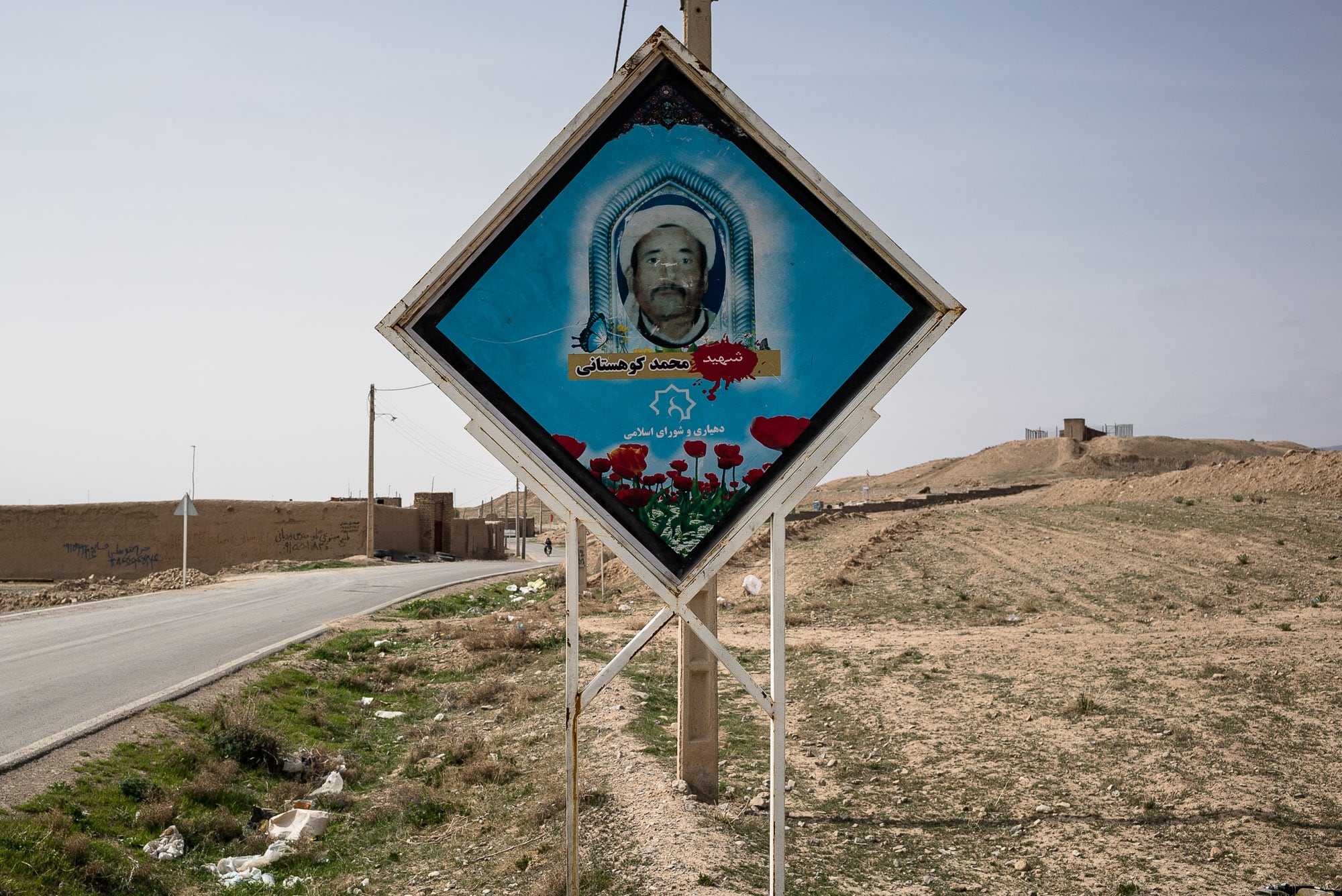 And sometimes, on the dust roads between the villages, I would see rocks that were neatly piled up for reasons that were beyond my knowledge: 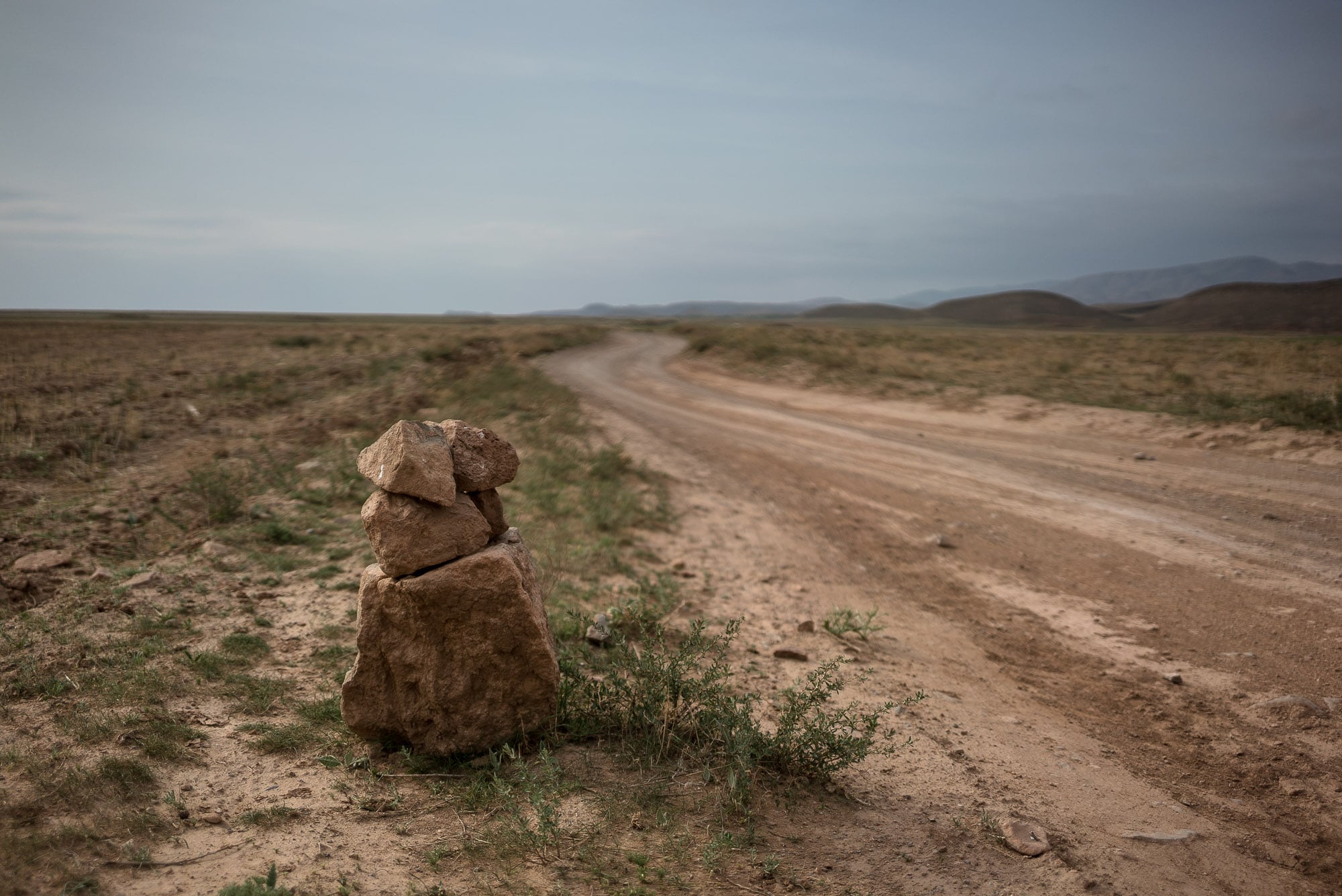 The gravel road was a bit tough to walk on sometimes, but it was beautiful just as I had imagined it: 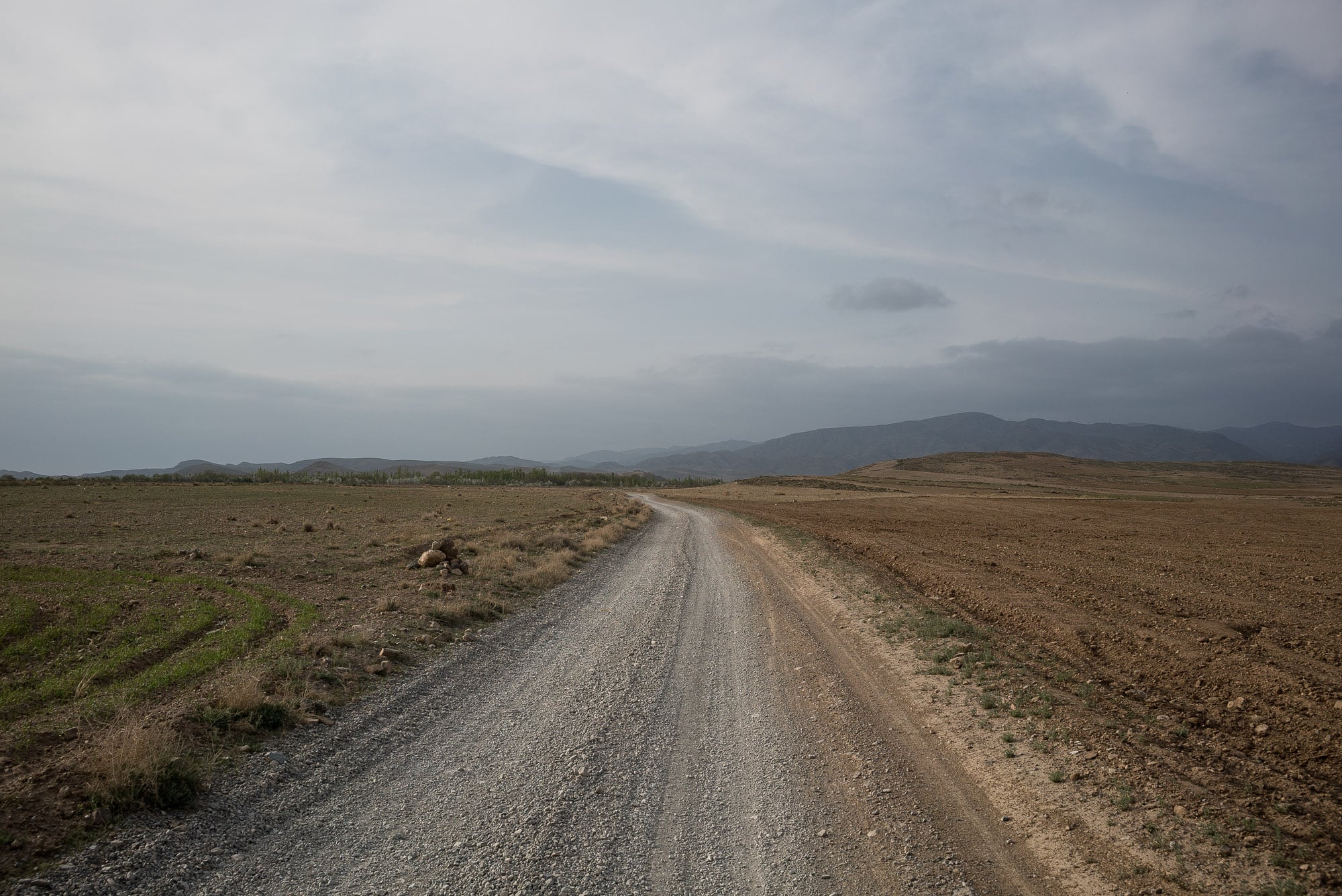 When I arrived in the village of Mouchenan, it gave me the most charming welcome – a medieval-looking road winding through fruit orchards: 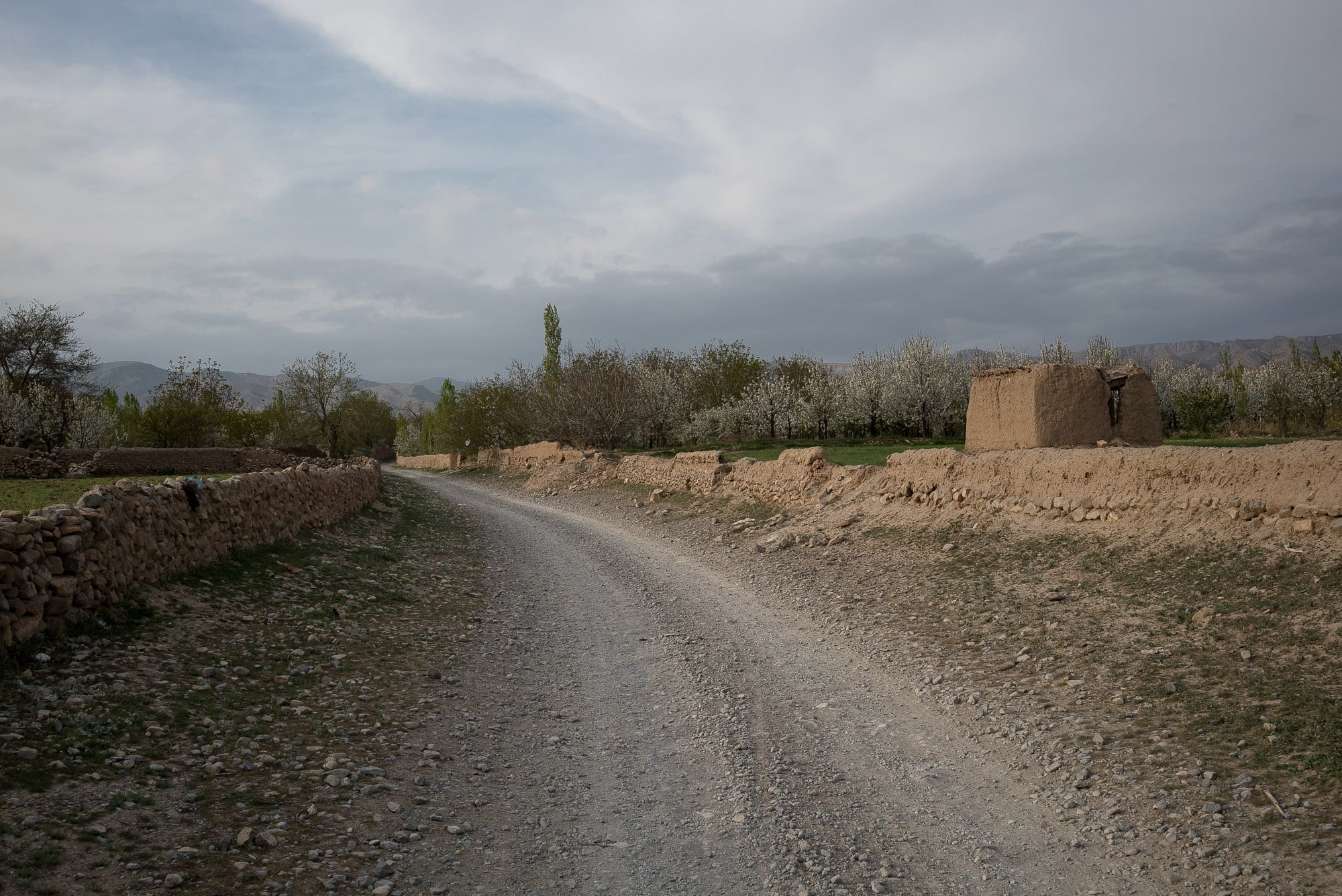 But when I was actually in Mouchenan, it was different – loud and noisy (I feel almost tempted to say “strong refrigerators”), with a bunch of young men riding up and down the main street on their motorbikes: 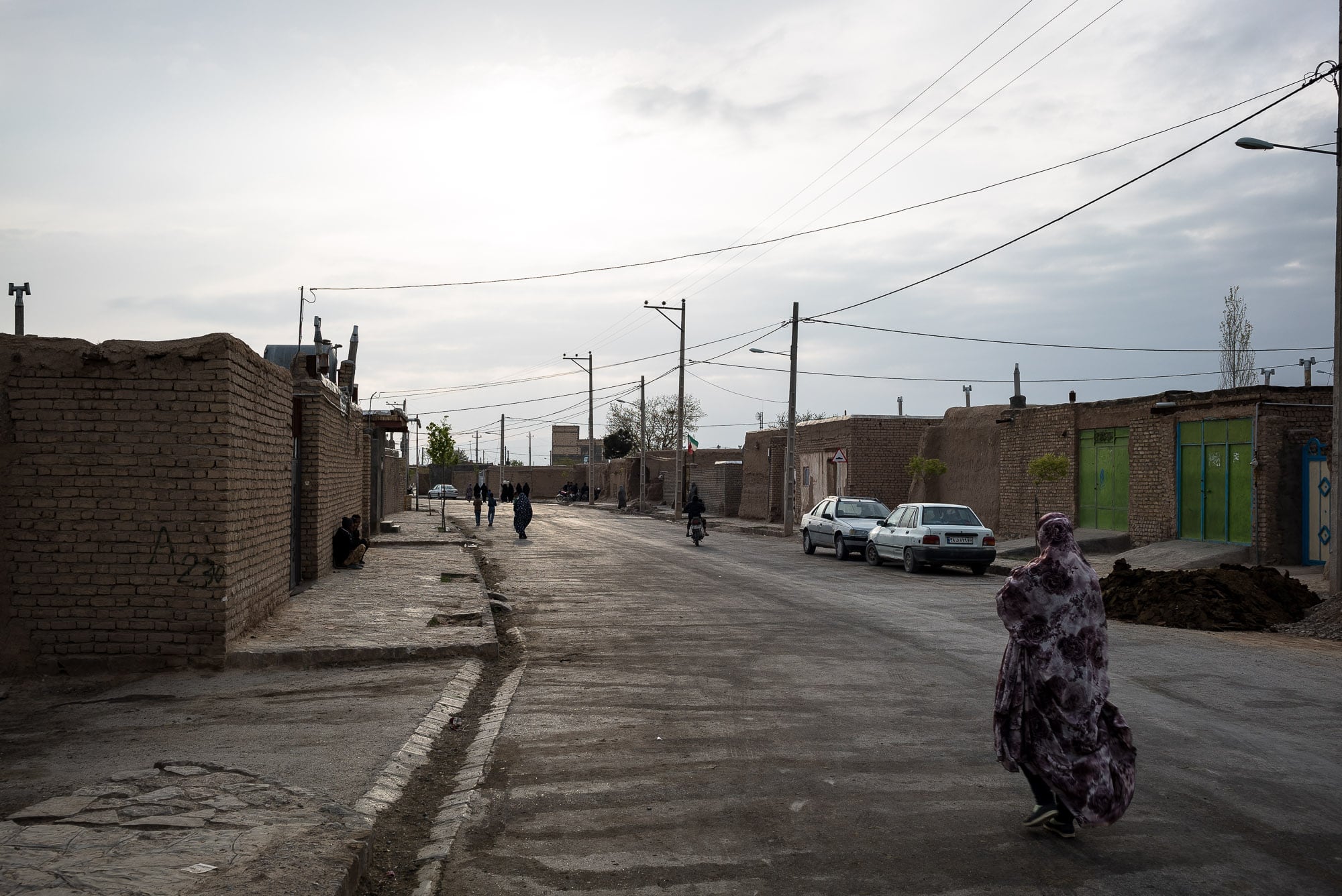 The mosque was closed. So I talked to a group of gentlemen whom I referred to in my mind as the “village elders”: 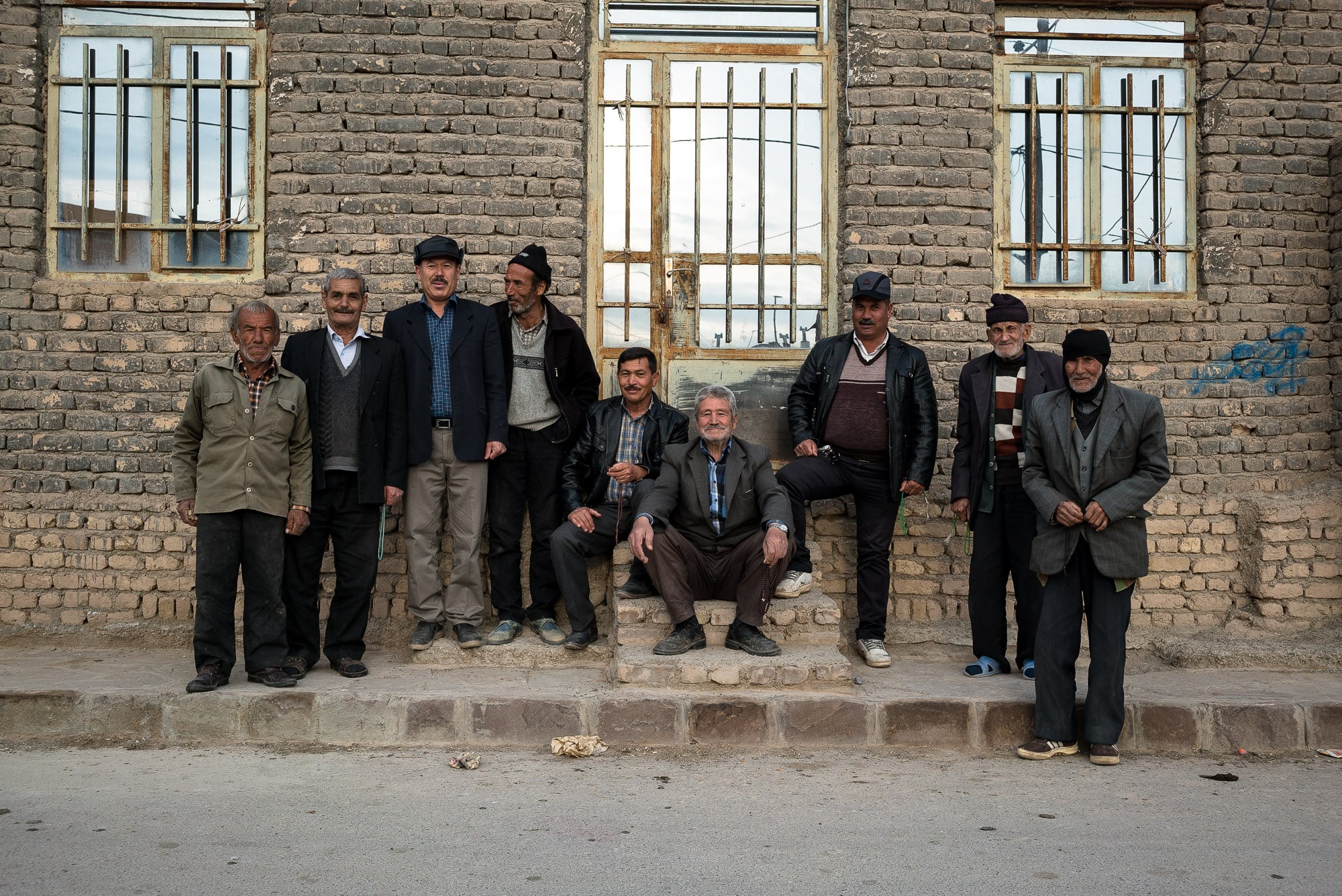 And sure enough, Mohammed, Mustafa, and Ali found a place where I would be safe that night: 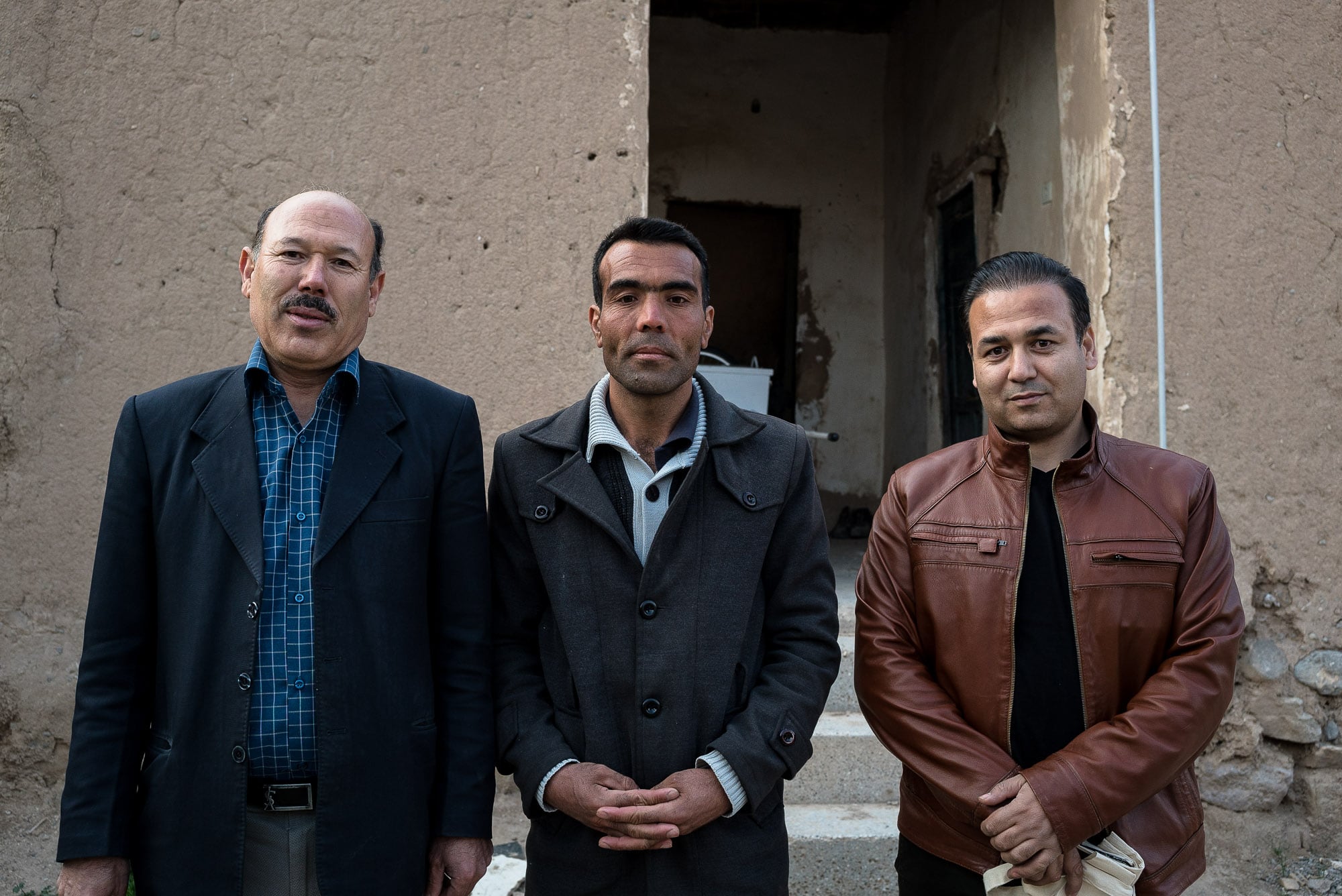 And a 360 degree thing where you can see sheep: