When I woke up in the mosque, and its doors were still shut and my things were still there, and the morning light came shining in from outside, I felt relieved.

I was tired as hell, though. So I slowly packed up my stuff, then I turned back and took a last look at the mosque: 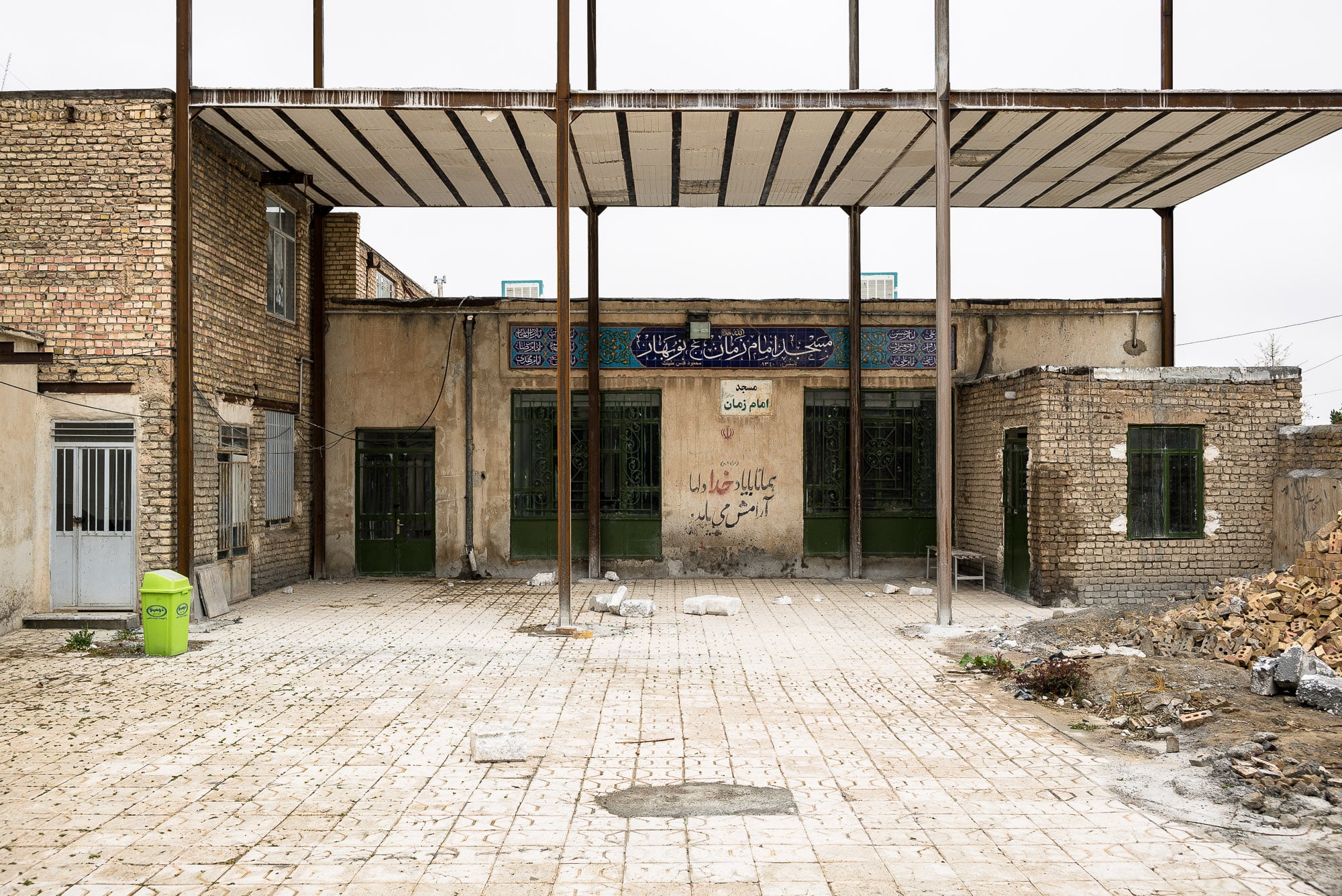 Luckily, I had woken up that night.

I bought some water and said thanks to the shopkeeper who had hooked me up with the place in the mosque the day before: 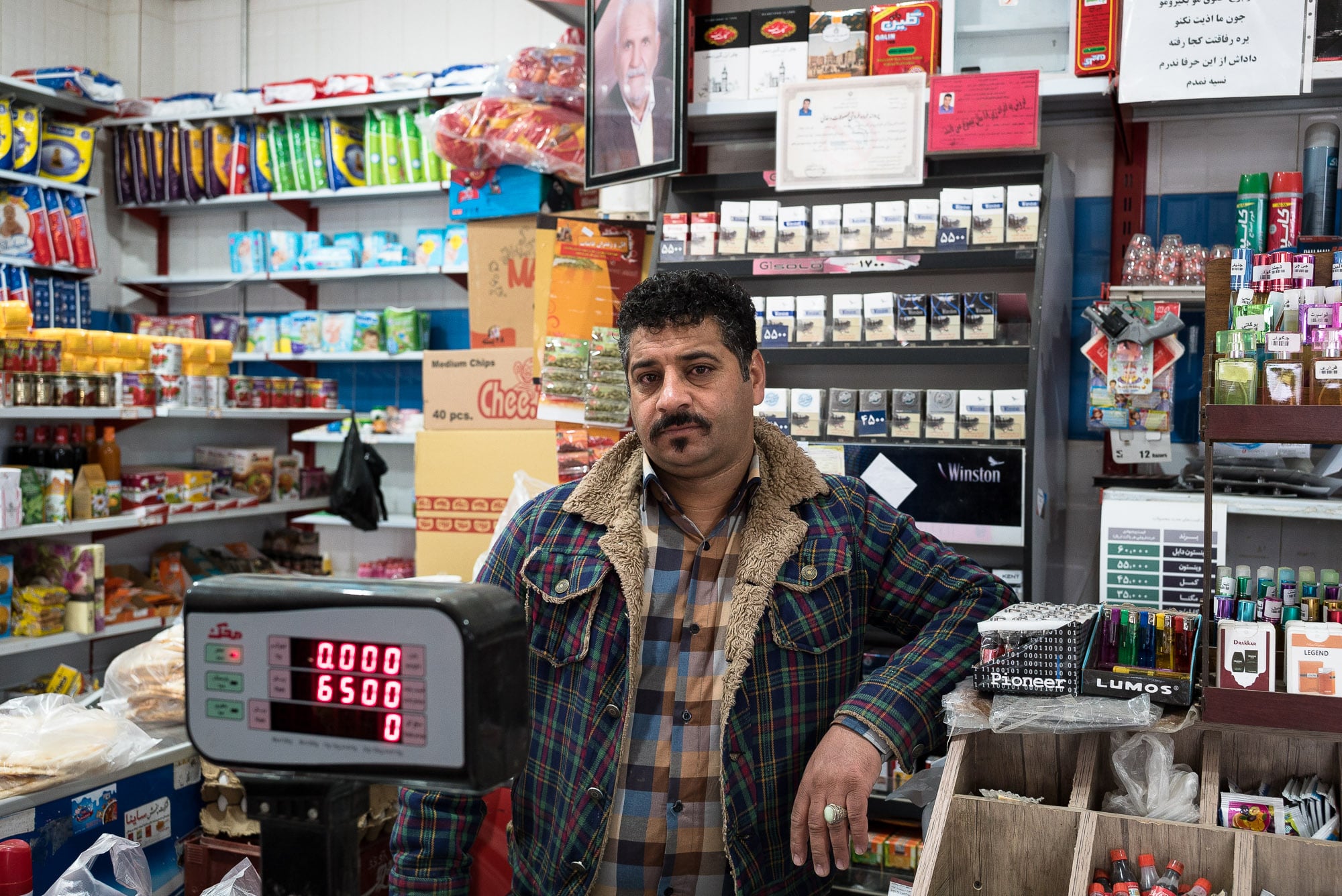 Here’s something I had been noticing, by the way – people in this part of the world seemed to love big rings: 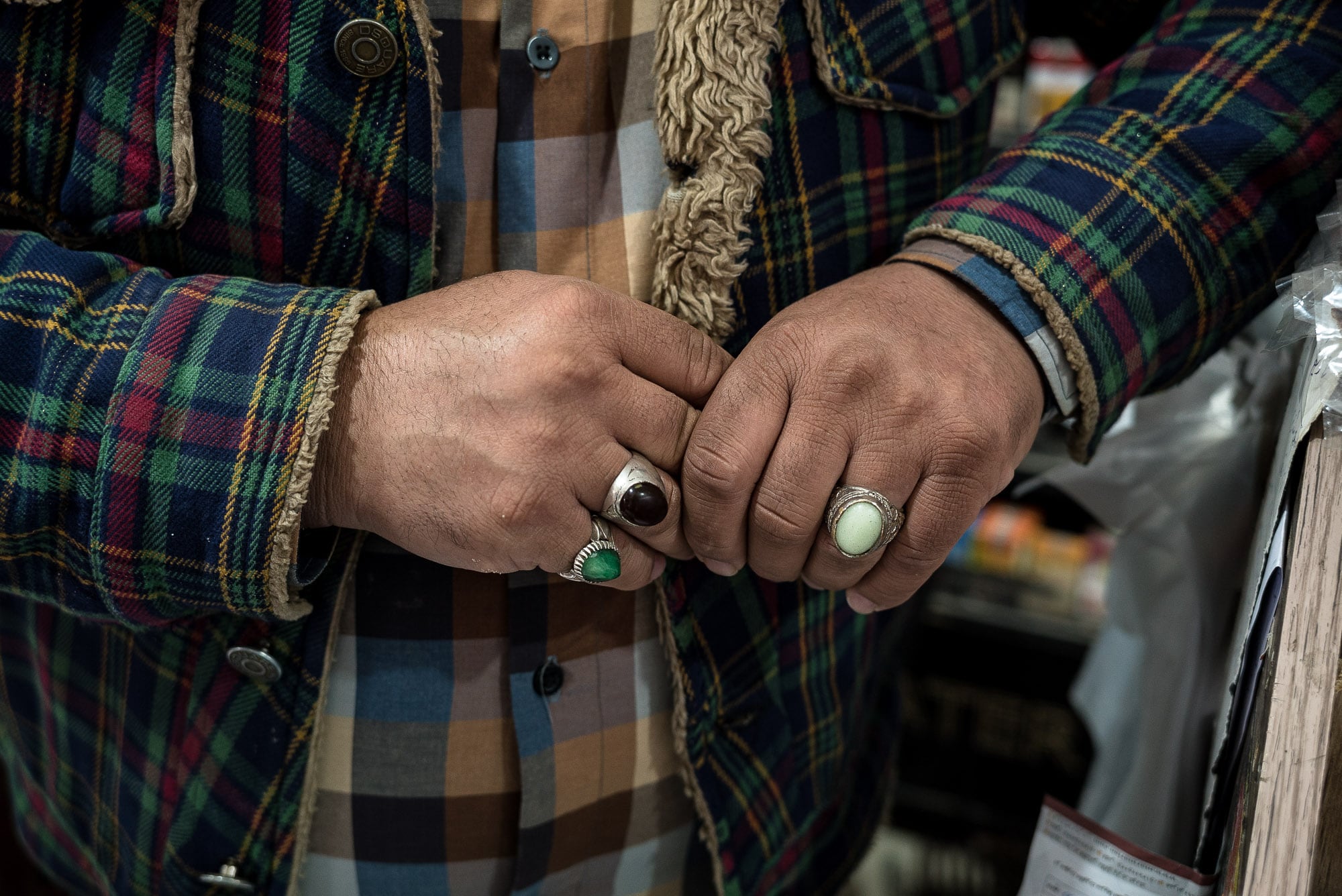 Then I left the village. It was cold (about 6 degrees celsius), and it was drizzling: 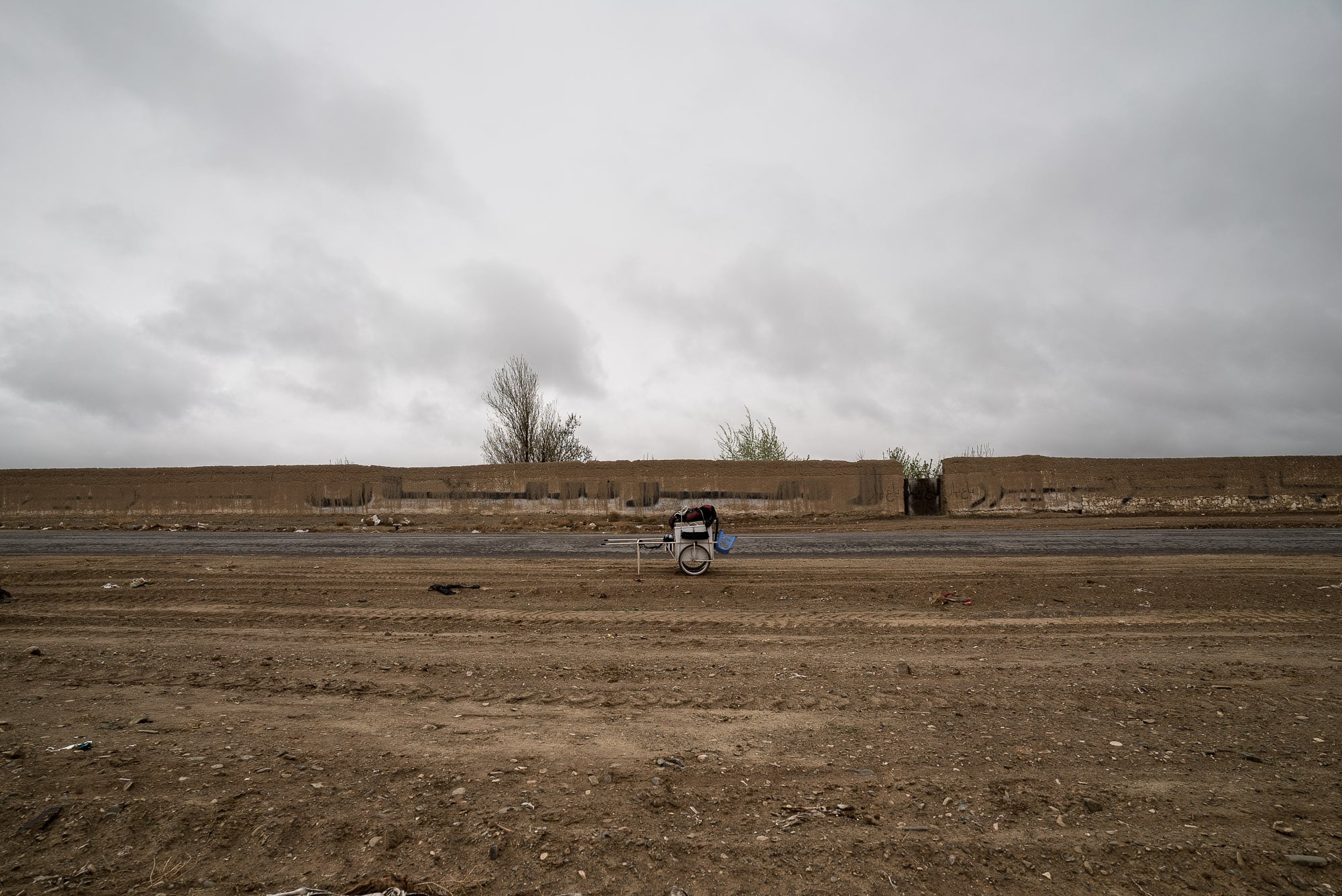 Everyone on the road was very friendly to me, though. These two dudes stopped just to say hi and take a selfie: 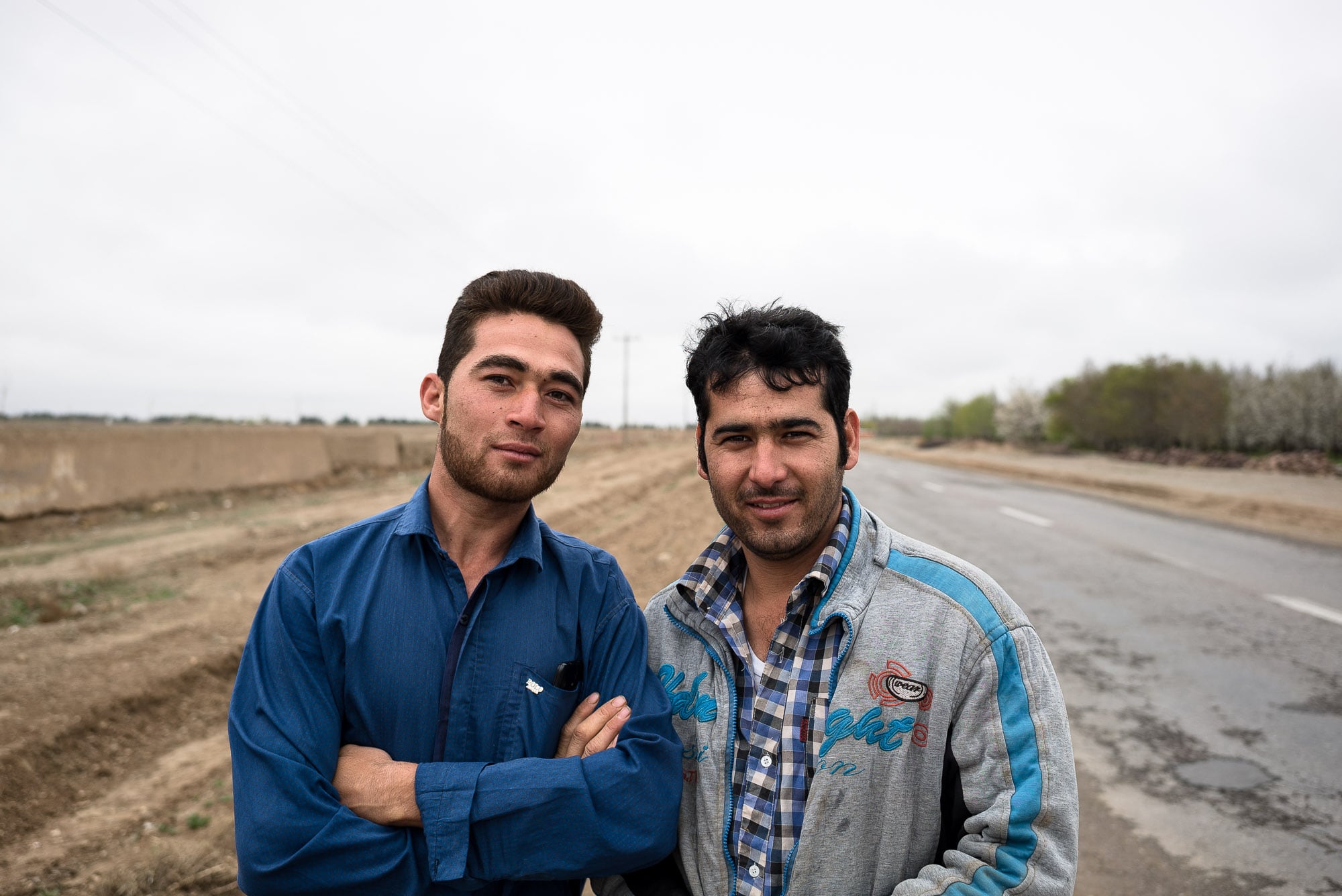 Then there were these cousins or uncles and nephews (I wasn’t sure): 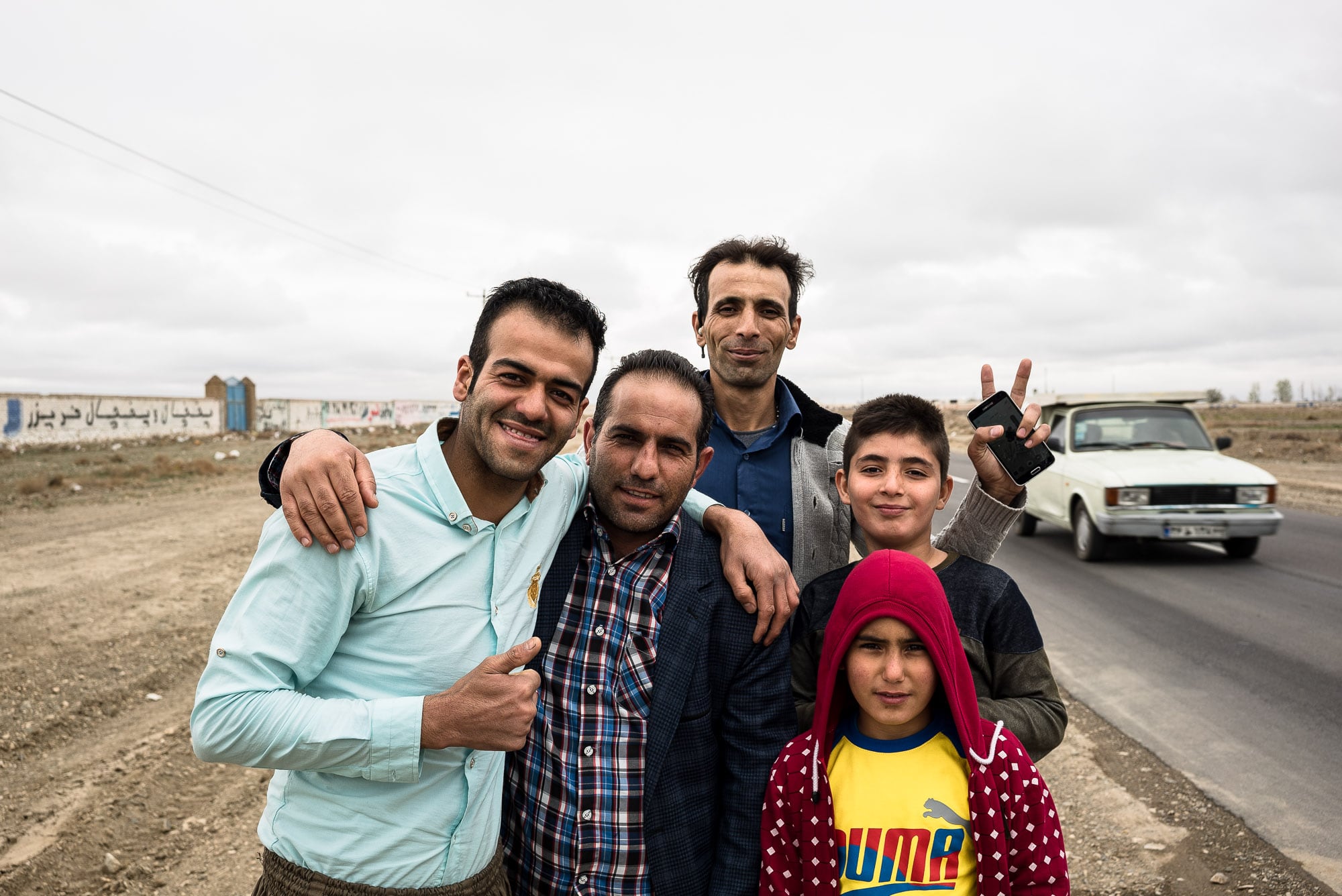 They gave me a plastic rose and a pack of spices or ketchup (again, I wasn’t sure): 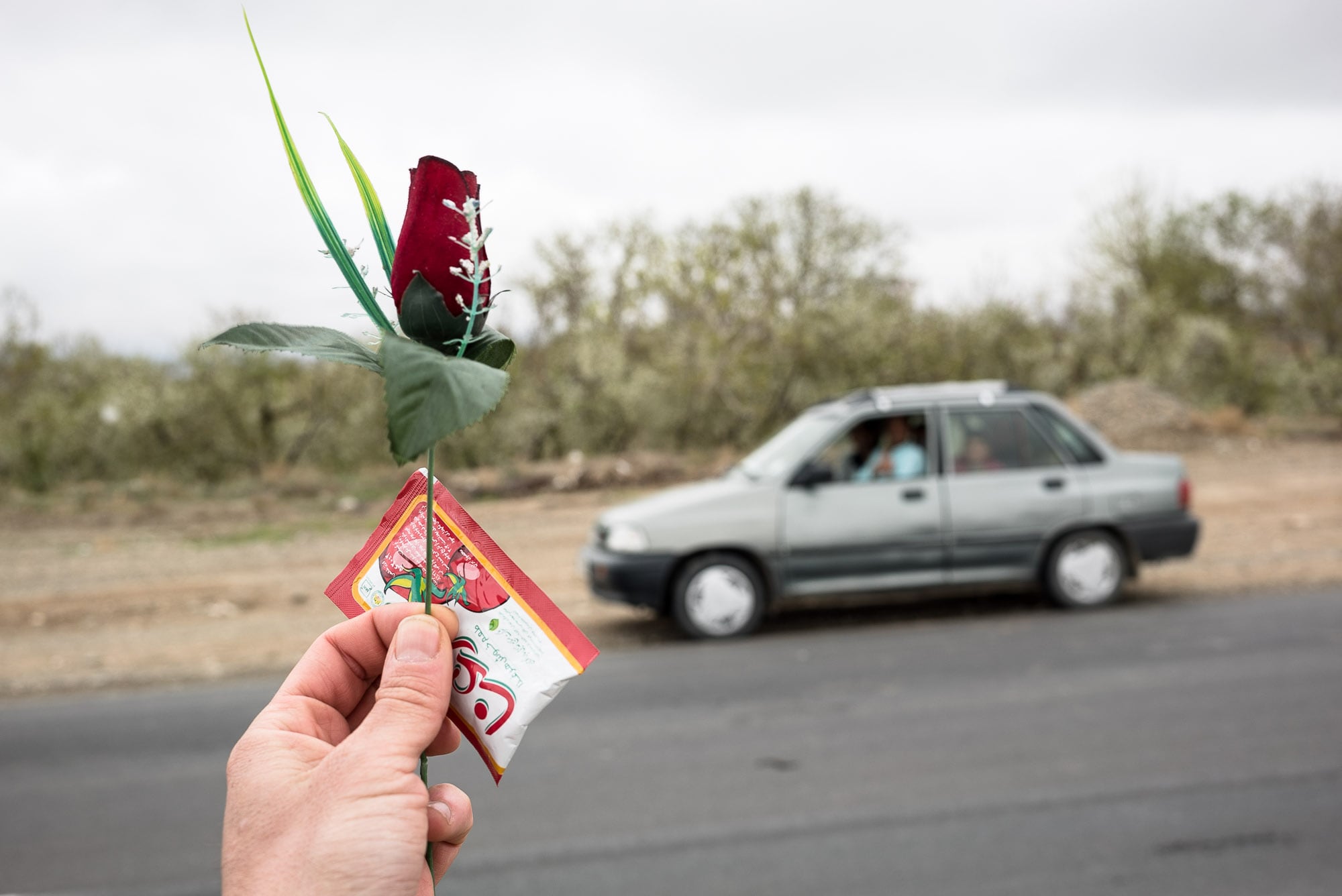 When I reached the town of Chenaran, a baker gave me a loaf of bread: 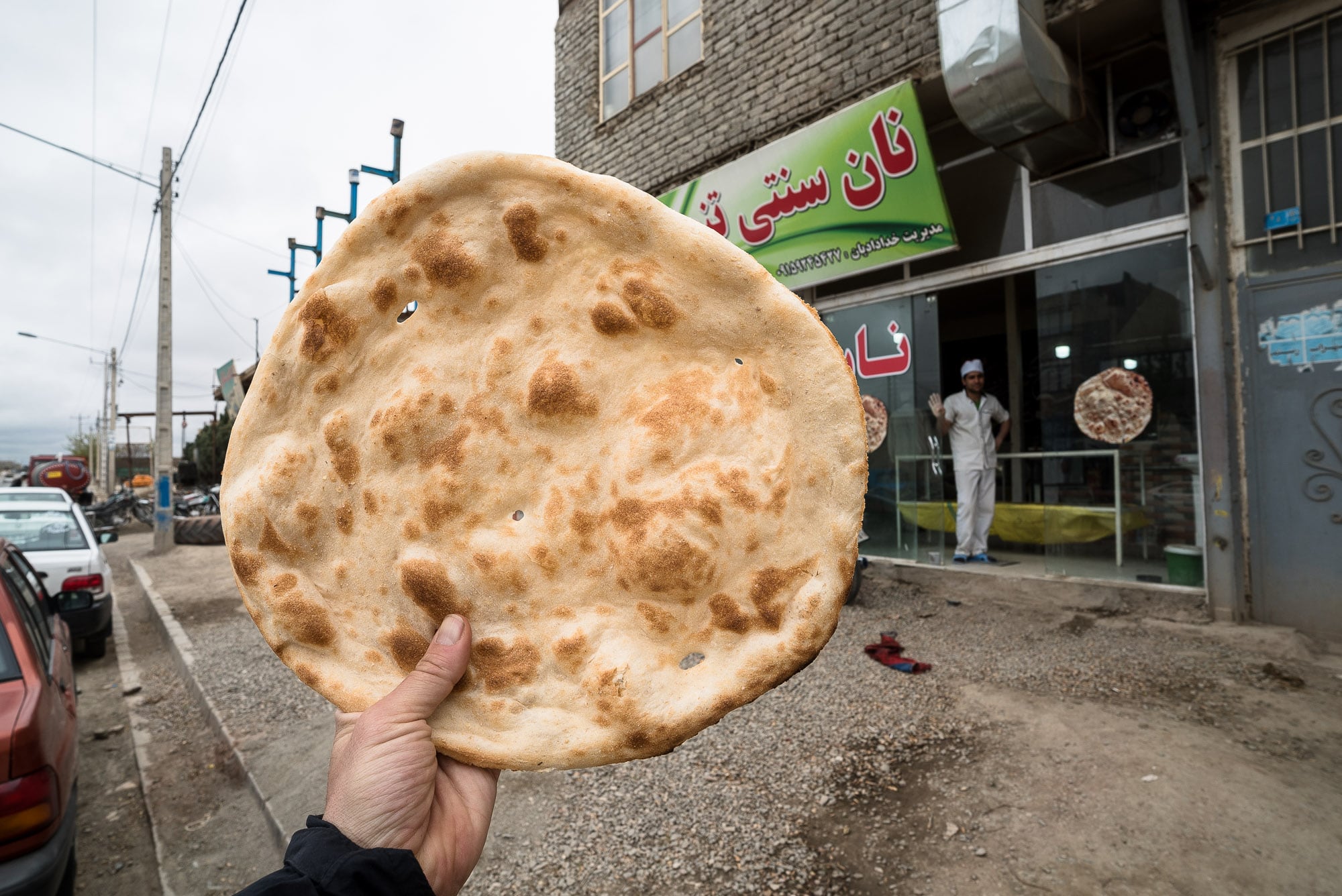 I asked him if there was a hotel in this town, and he said yes. So did a few other people. But some said no, there was no hotel. It was all a bit confusing.

But it felt nice to be in a more urban environment again: 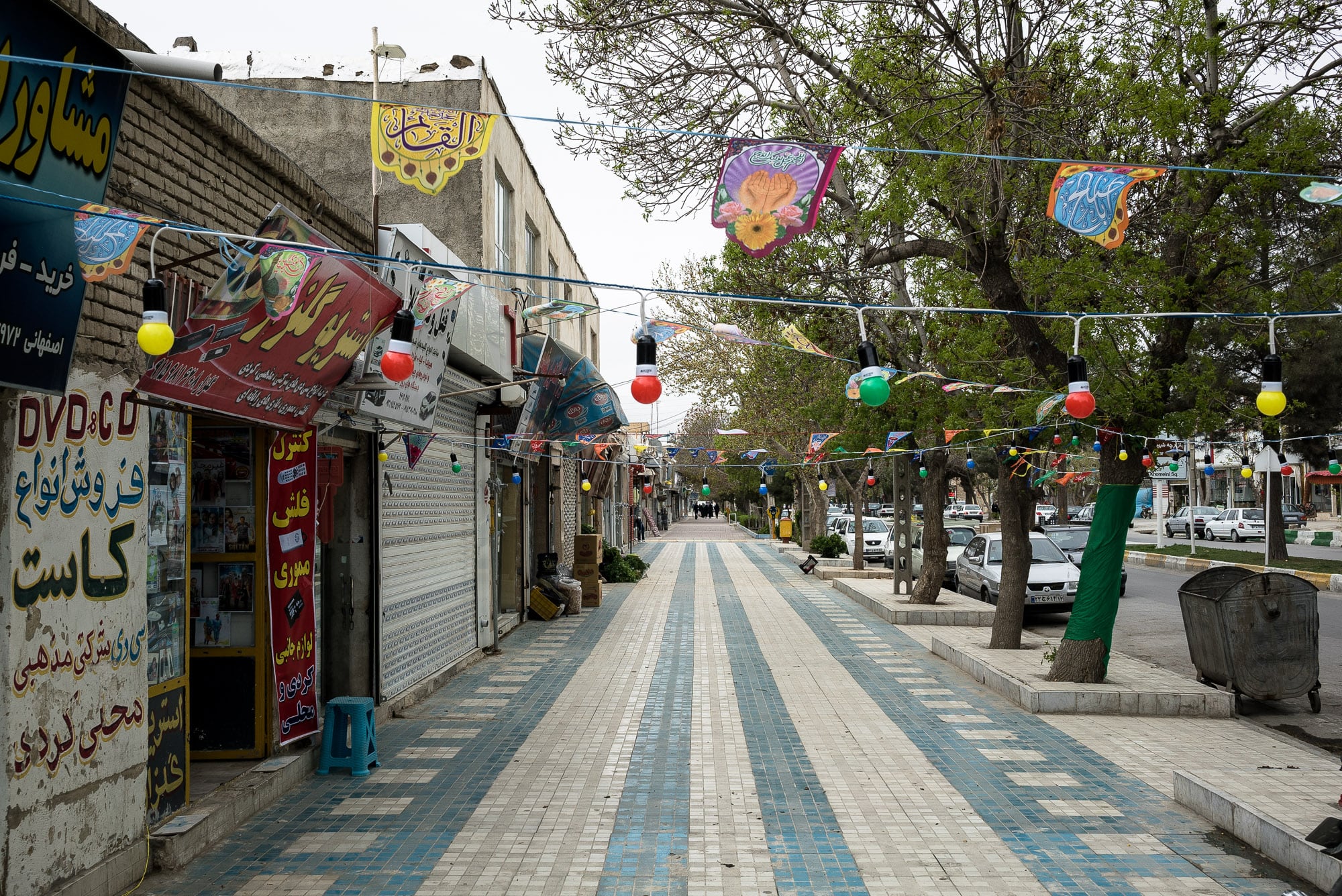 Some men were playing a game of checkers on a street corner: 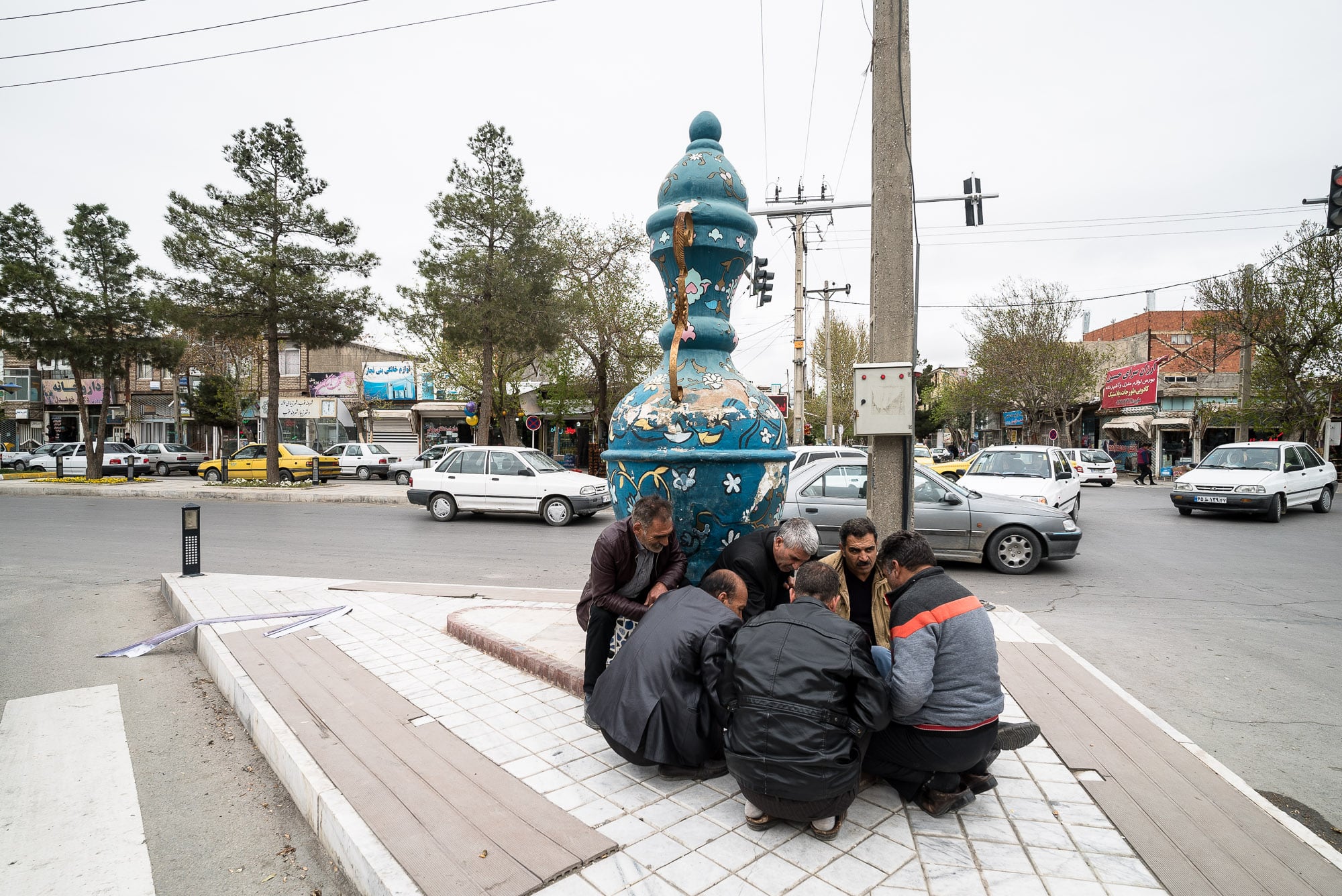 There were clothes shops: 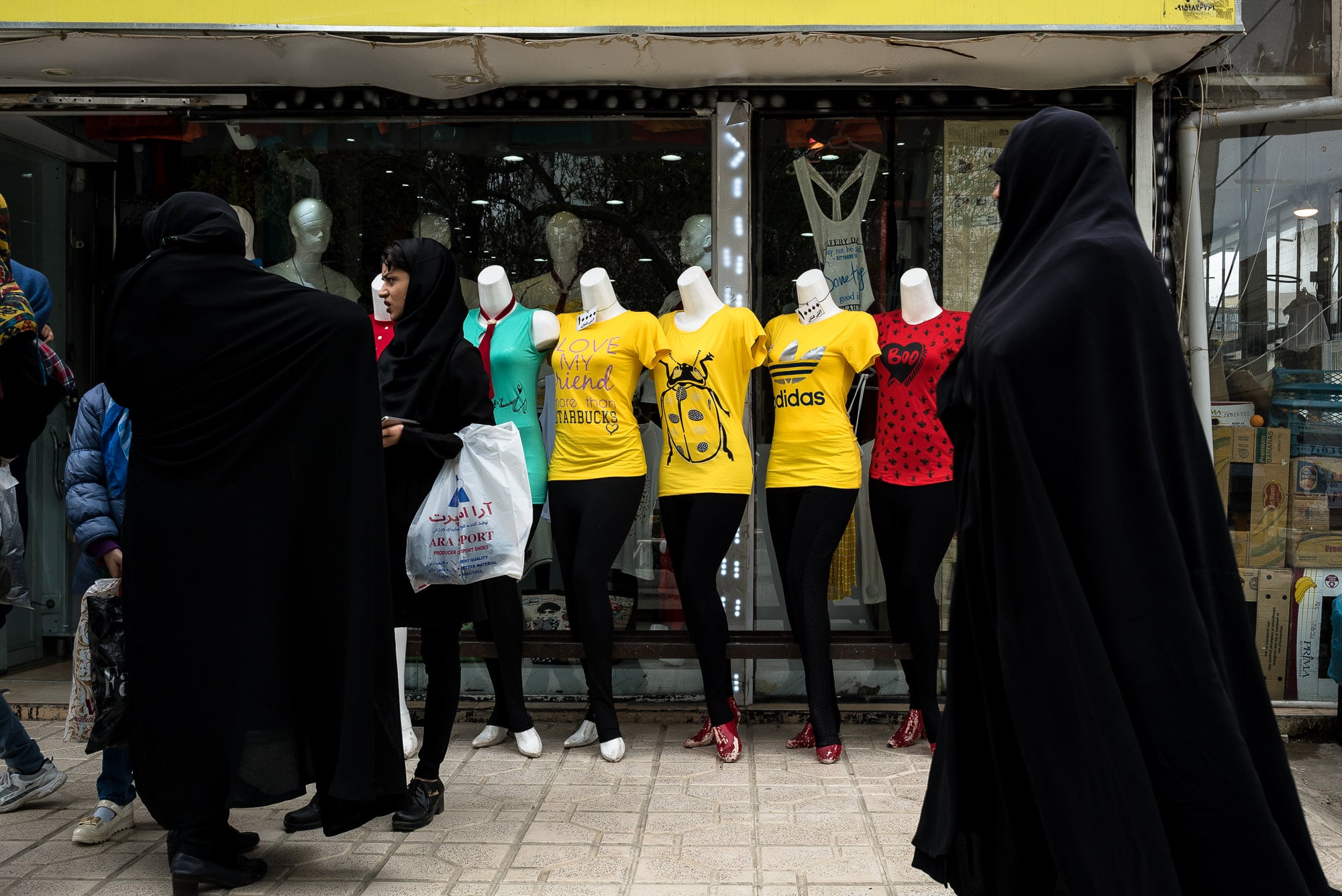 And these gentlemen (all of whom had huge rings on their fingers) told me where to go to find the hotel: 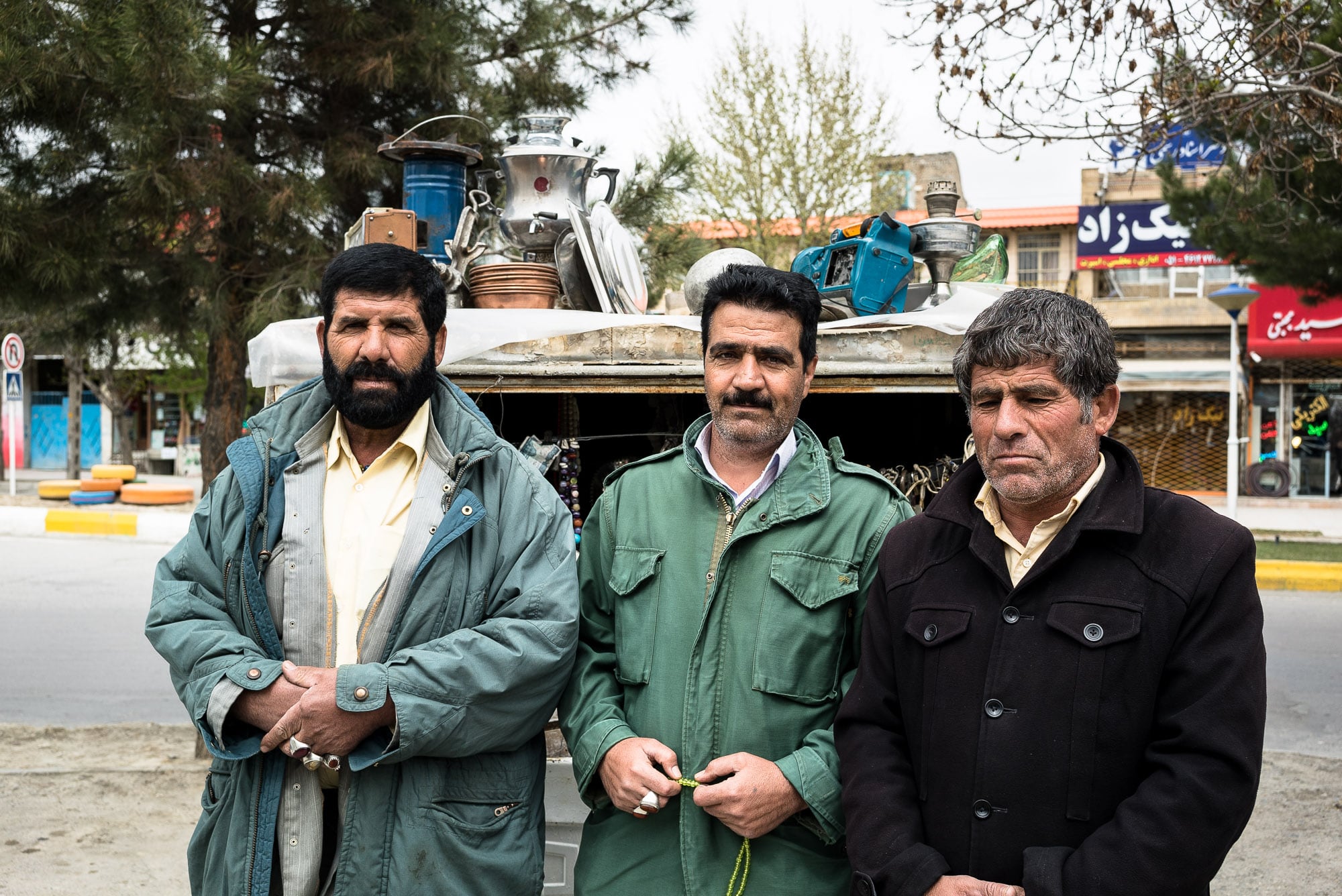 I got lost a couple of times, though, and I had to ask a few more people for directions, many of whom told me different things.

One time I tried to go through a park, at which I failed, because there was no exit on the other side. But I saw these tents, where people were camping and having a good time: 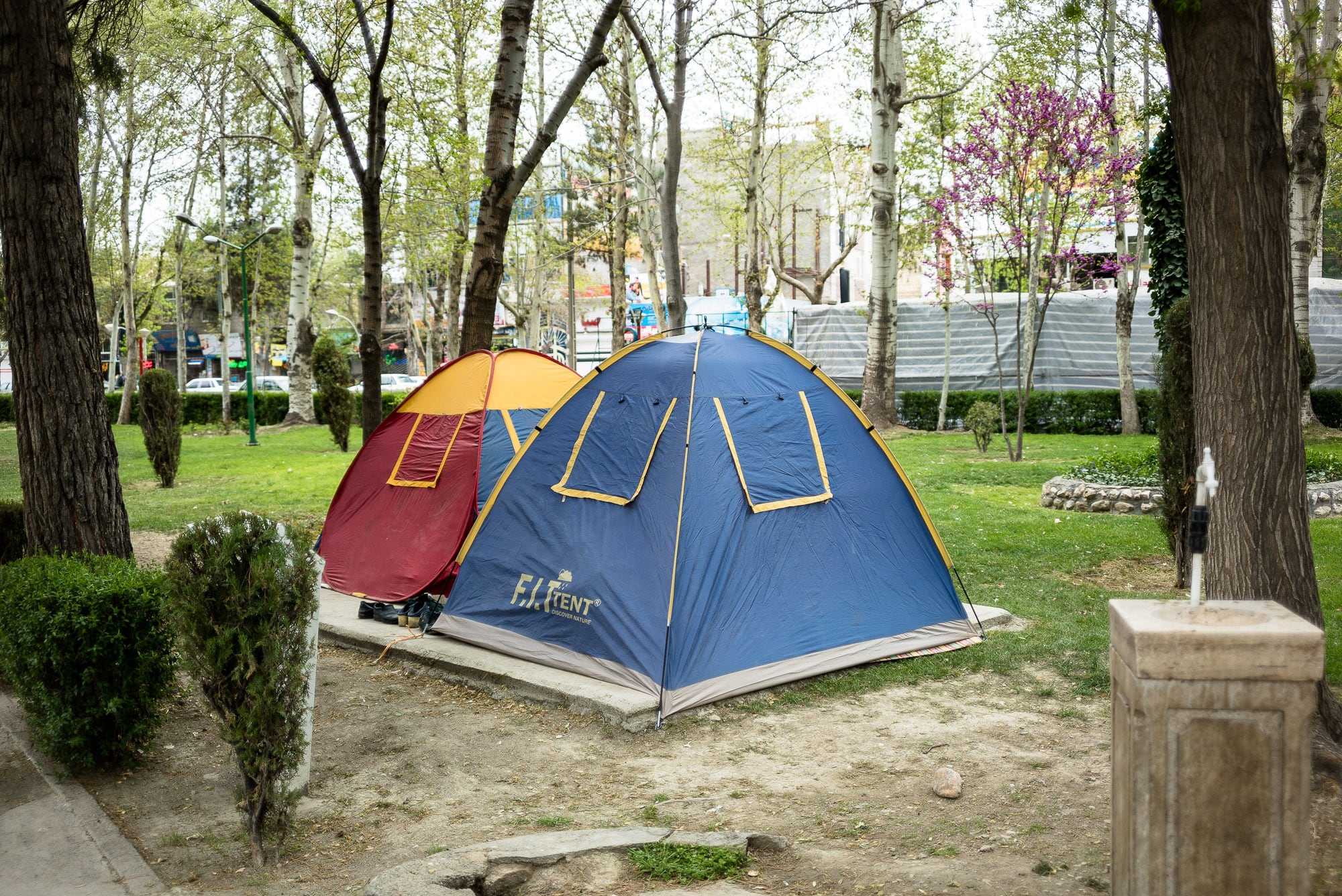 Tomorrow was apparently a day where many Iranians took to the parks and fields to go camping. And why not? I heard laughter coming from the tents, and at some point some people noticed me and came out to give me tea and cookies.

Then Roshan, the man with the best name and the most elegant look, showed up and led the way to the guesthouse: 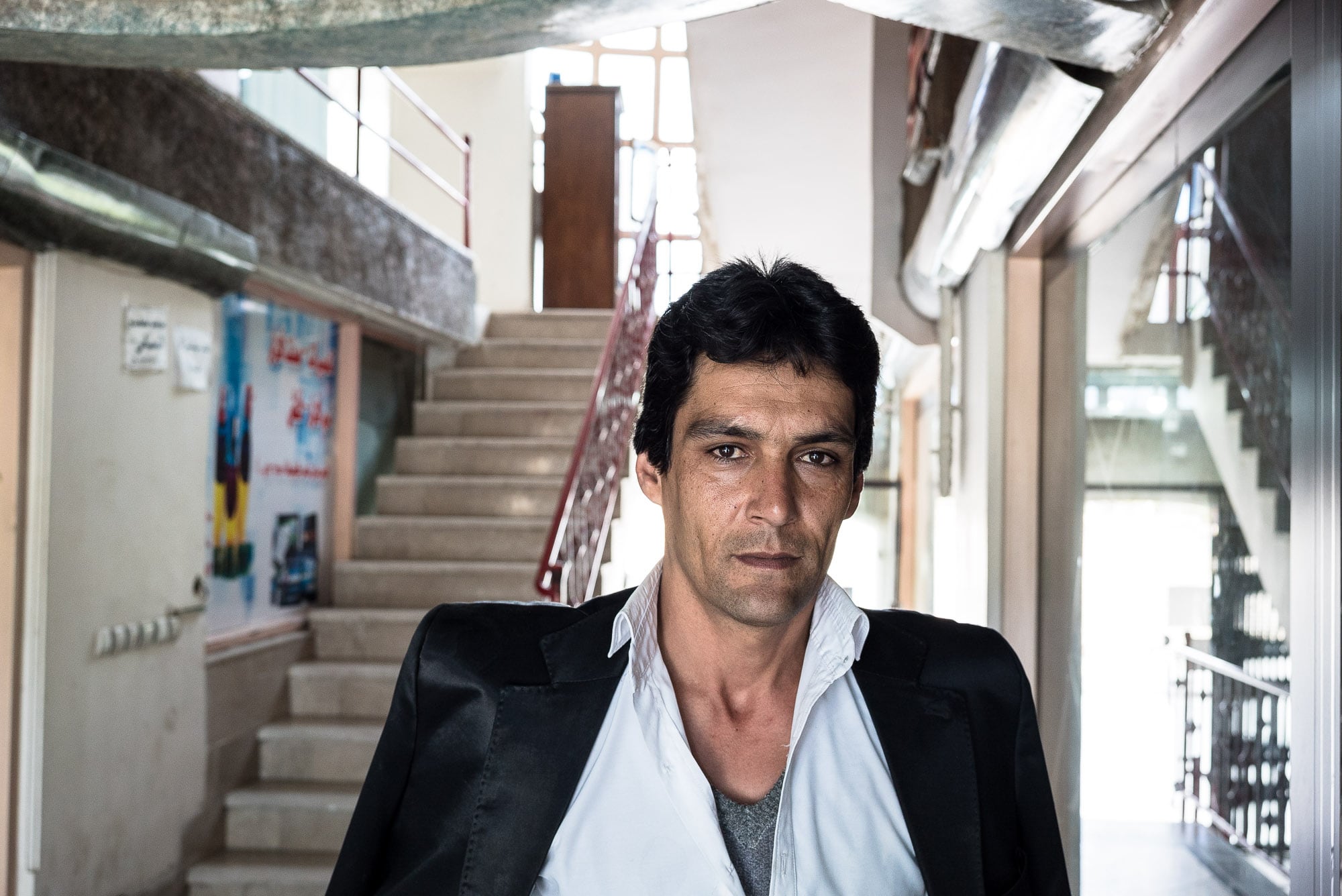 The rooms were small and simple. But I was overjoyed just to be there. Tomorrow was going to be my day off. After four days of walking, not walking actually felt like a mighty nice thing to do.

Here’s the video of the day:

Day 1067
from Now Bahar to Chenaran