When I got up, I first had to finish a large plate of food that a friendly man named Ahmad had brought me the night before.

Then another villager, Kerman, took me to his field for a photo session: 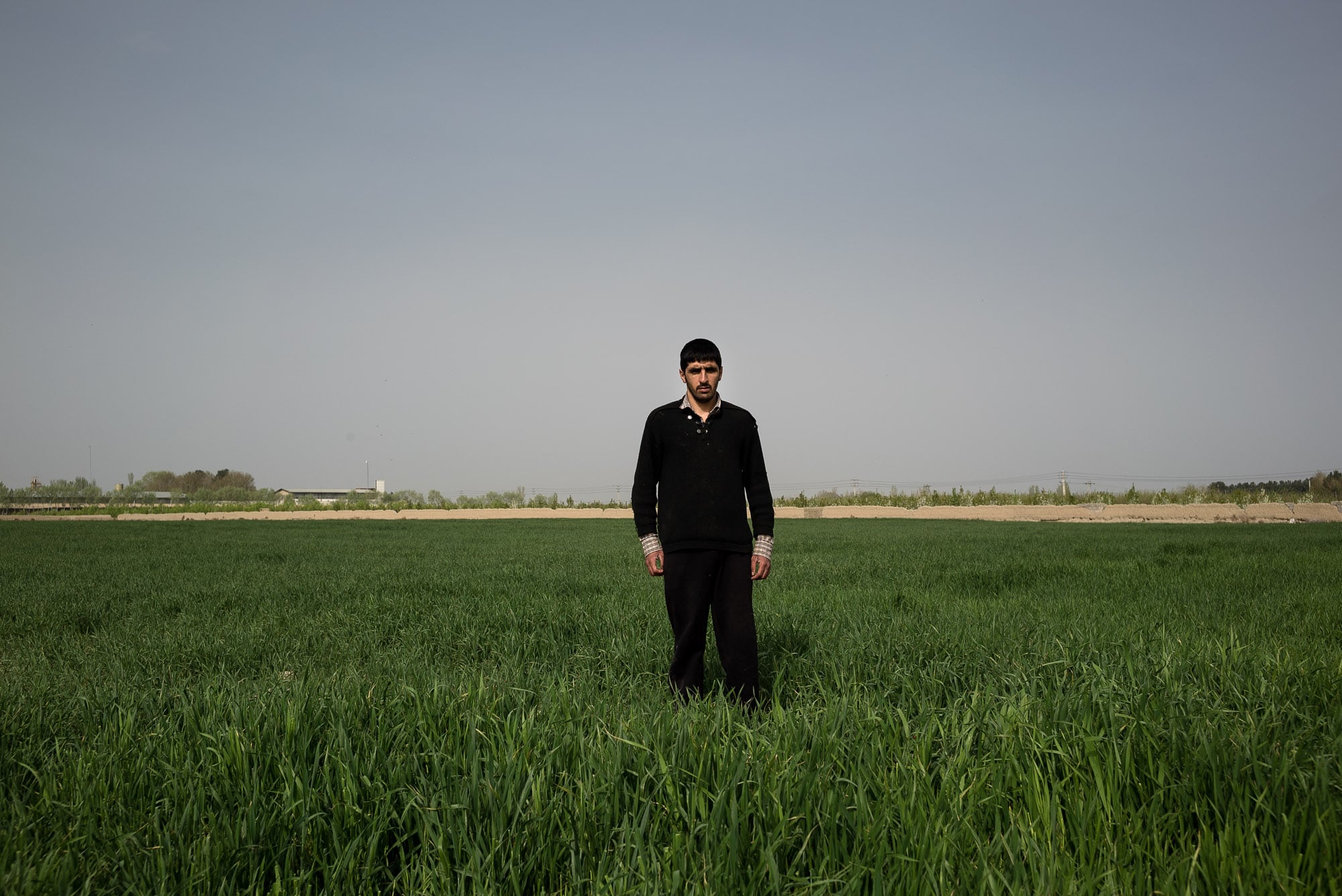 I have always been bad with plants. I like them, or most of them (the ones that don’t make me allergic), but I hardly know their names.

This one was pretty: 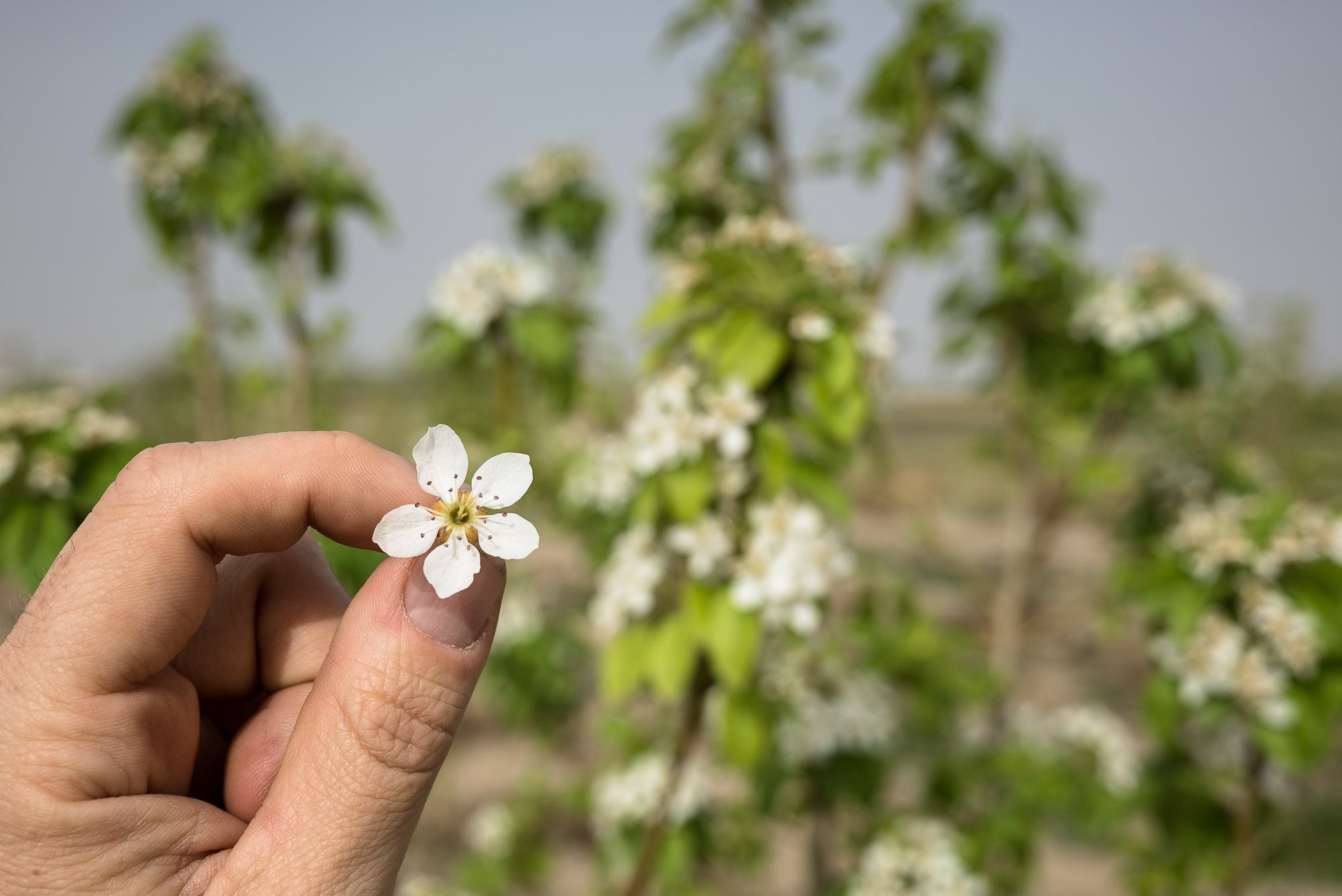 What was it, though?

Anyway, I started walking. It seemed to be a good day, maybe slightly colder than the day before, but agreeable: 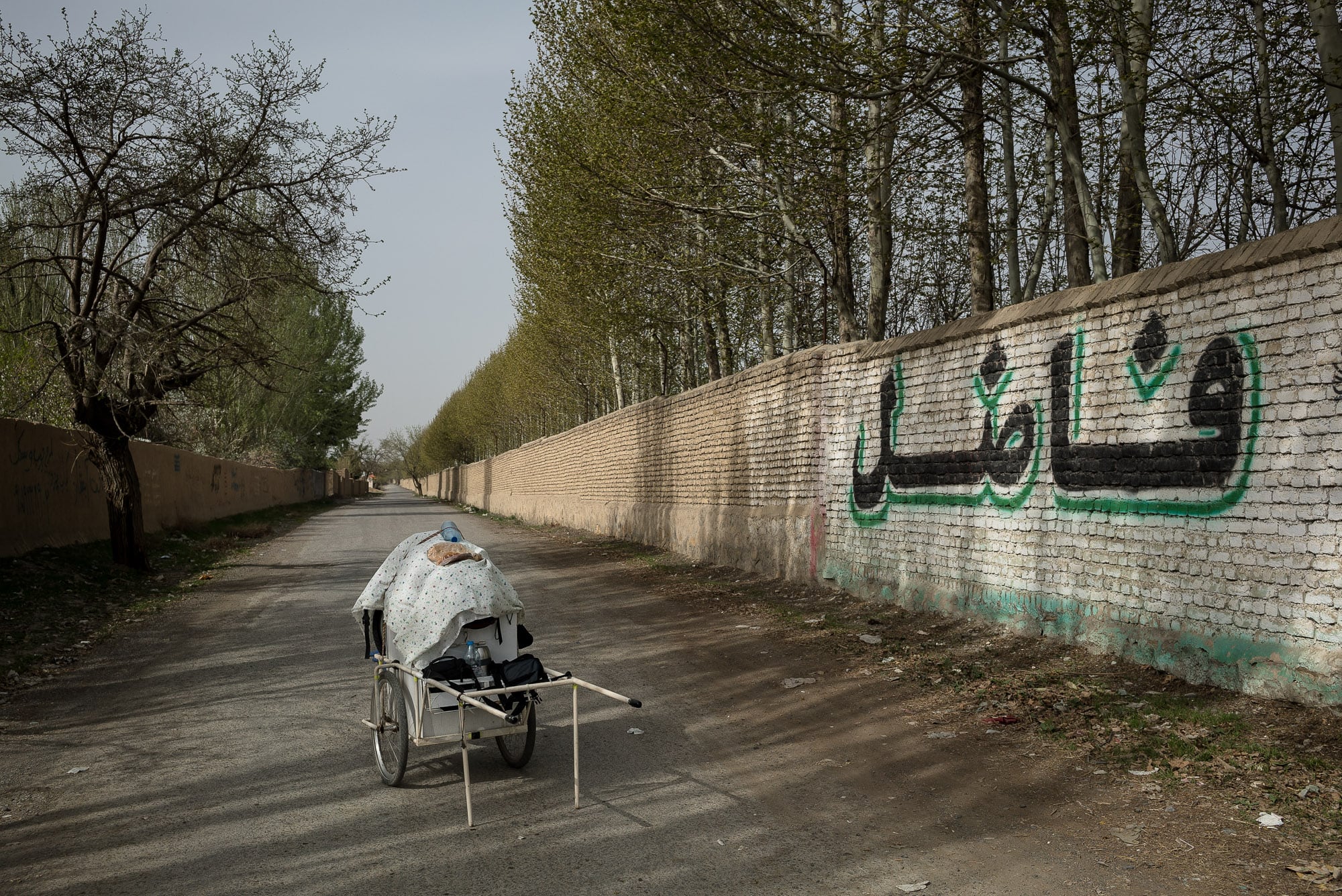 But then a wind rose up, and it got stronger and stronger: 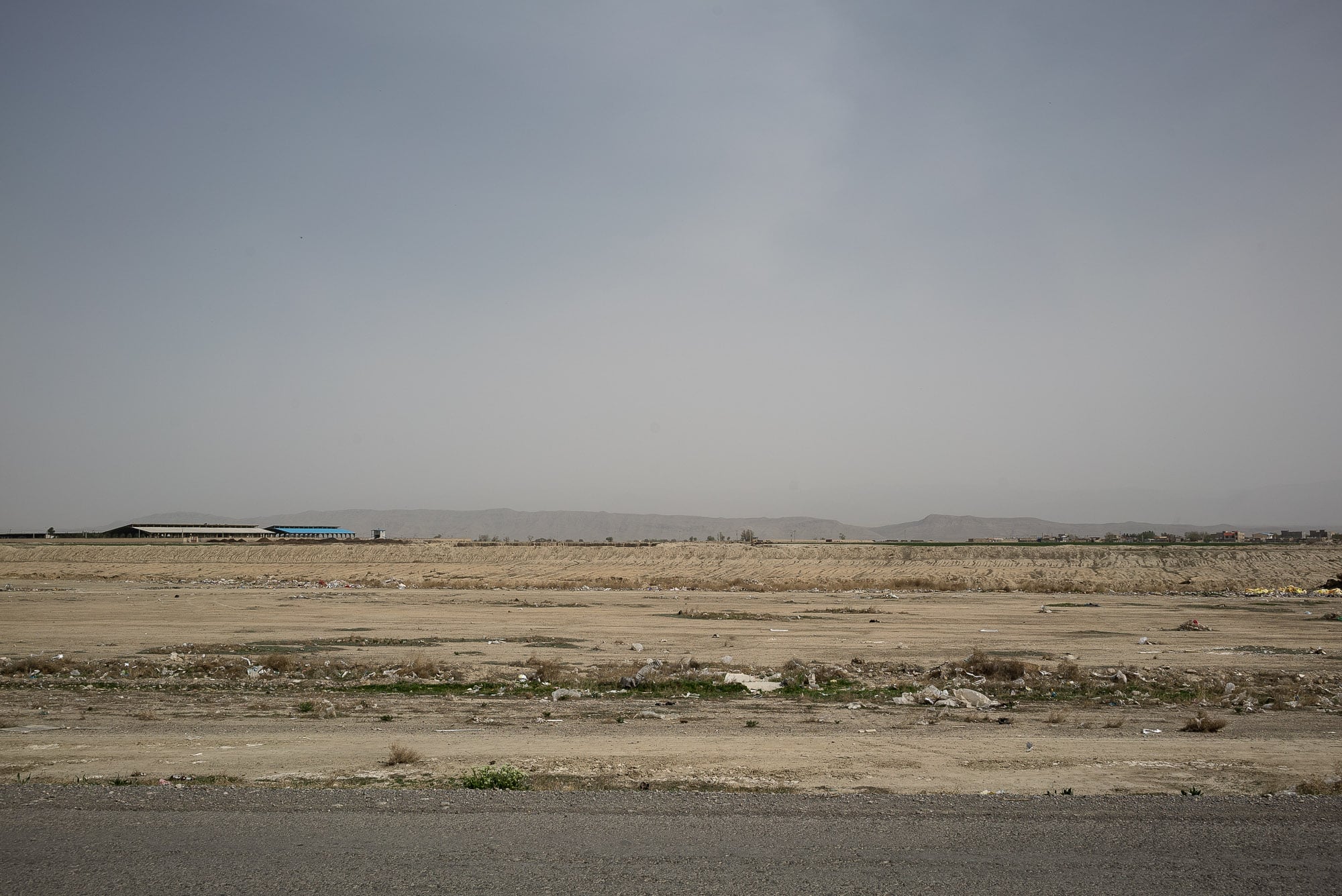 At one point I resorted to hiding from the wind in a building entry next to a graveyard: 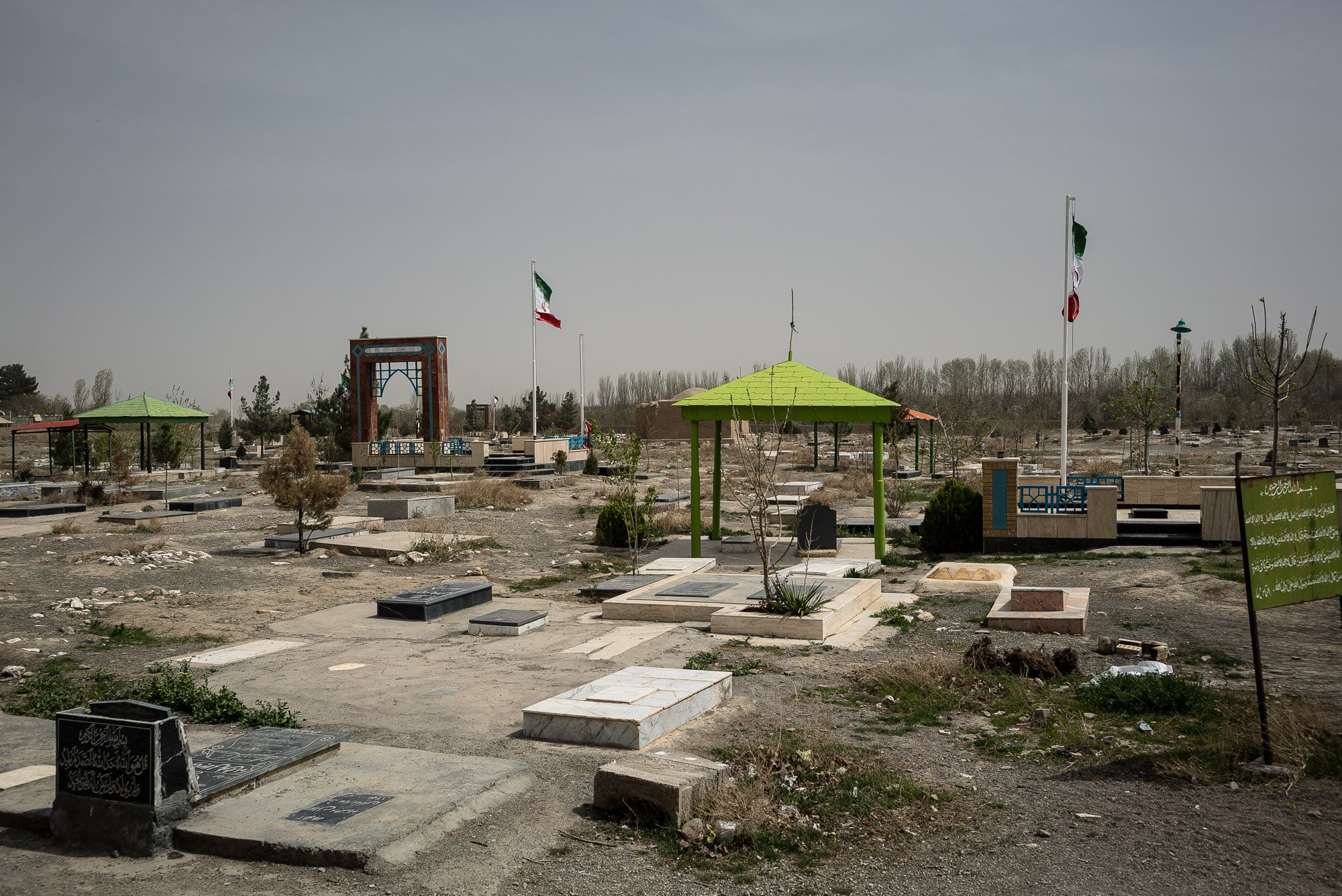 Walking became very hard (I think you can see it best in the 360 degree video at the bottom of the post). I took several breaks behind walls where the wind wasn’t as violent, and when a repair shop owner called me in to rest up I was very happy: 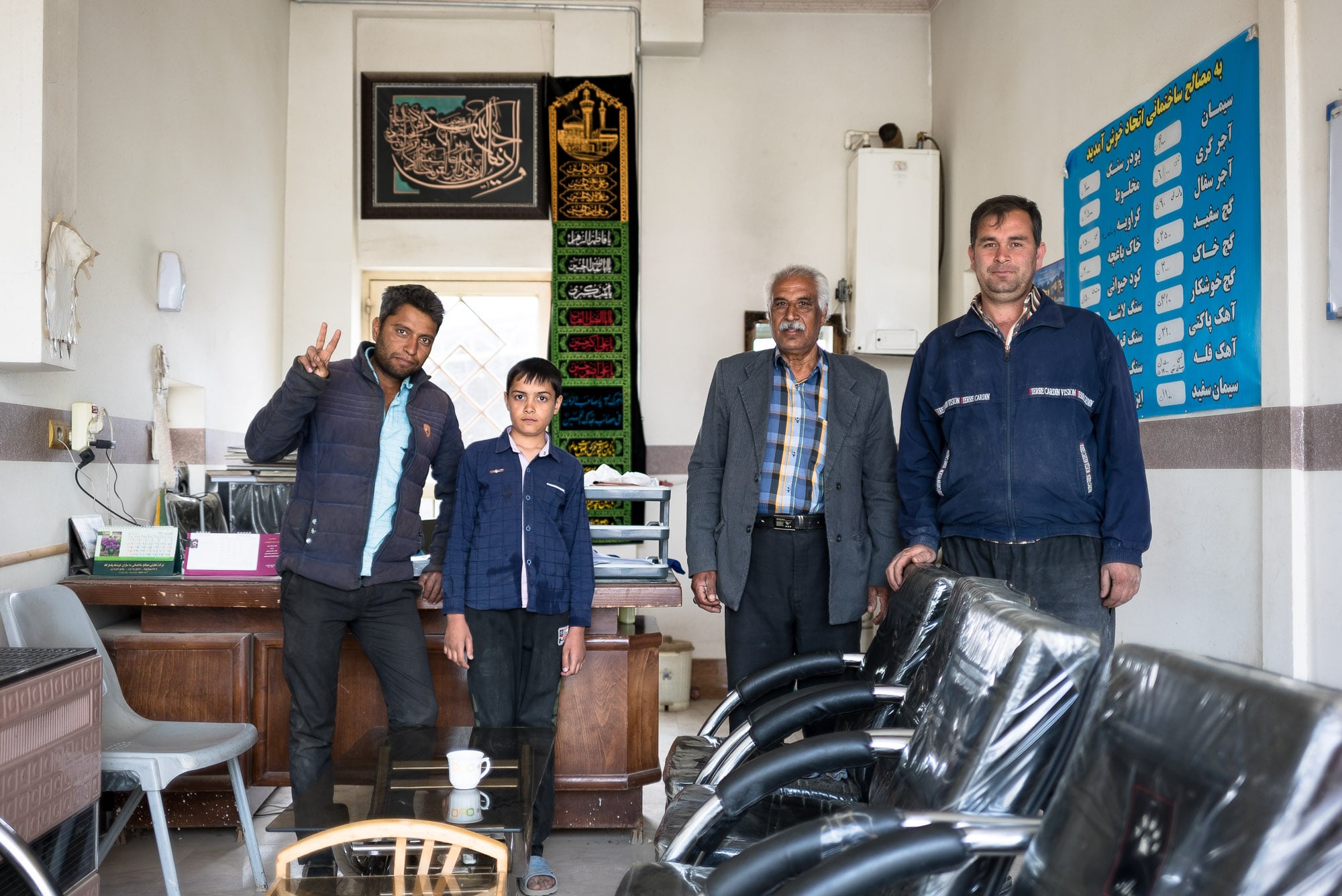 Eventually I made it to the little village of Now Bahar: 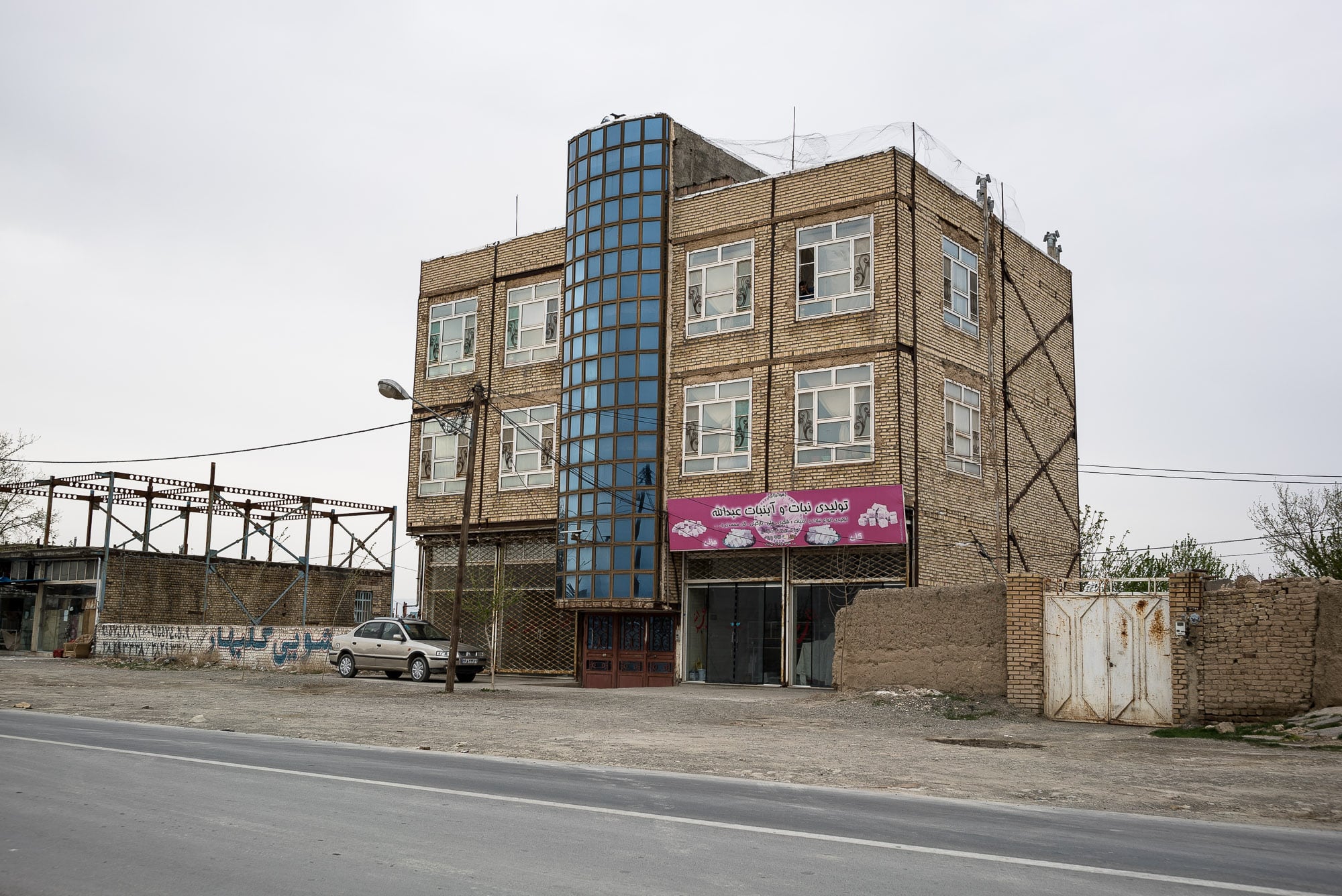 I found the mosque. There was an old armchair in front of it, but nobody was around: 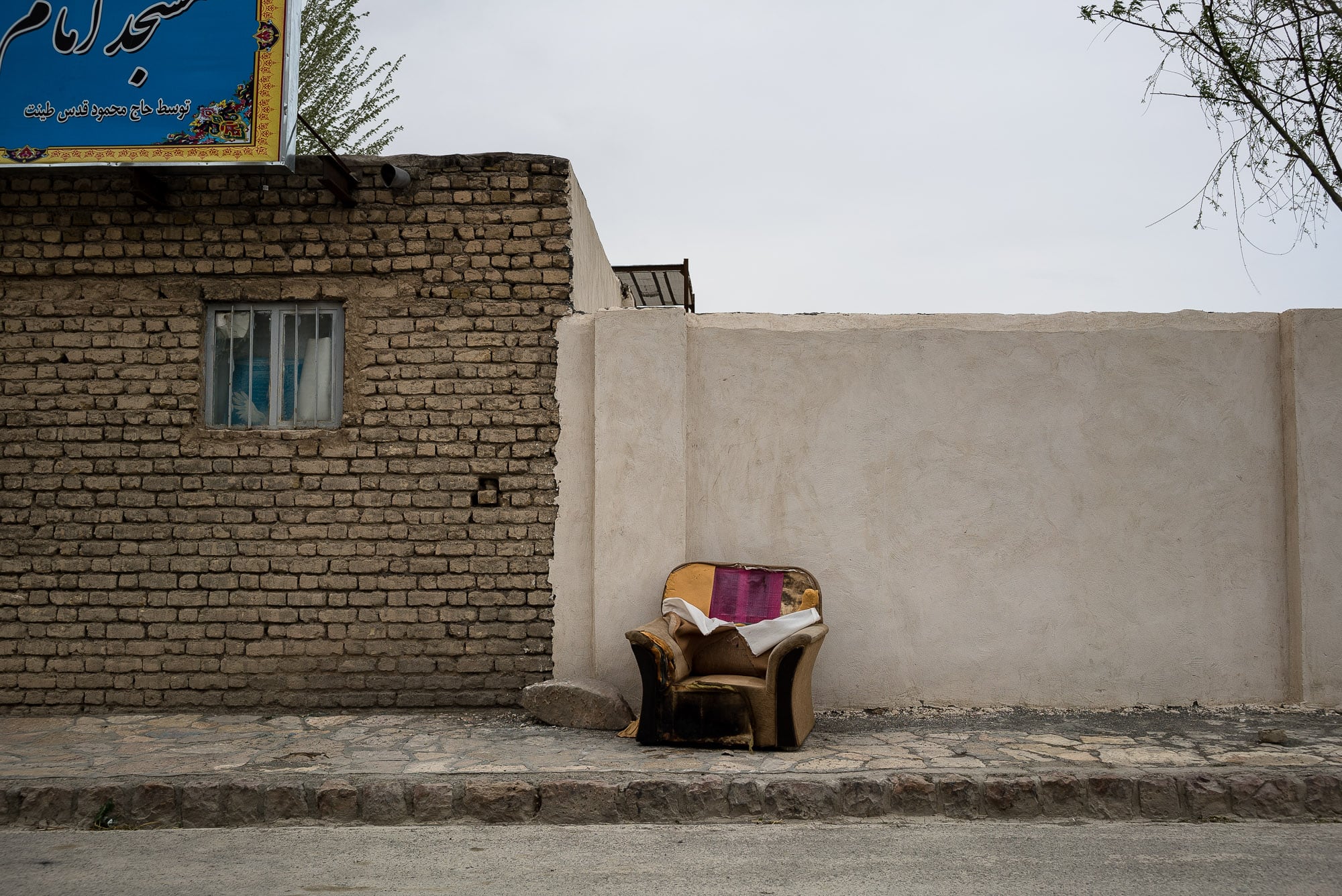 I waited for a while, then I went to a few shops in the area and asked for help. The first shopkeeper was an old lady, and she didn’t understand what I was trying to say. The second shopkeeper was an extremely old gentleman, and he understood even less. The third one knew immediately what I wanted, took out his phone, and called someone to let me into the mosque.

I was very happy to finally find myself in a warm, safe space. One by one, people were coming in to pray. They aligned themselves according to a green line on the ground, denoting the direction of Mecca: 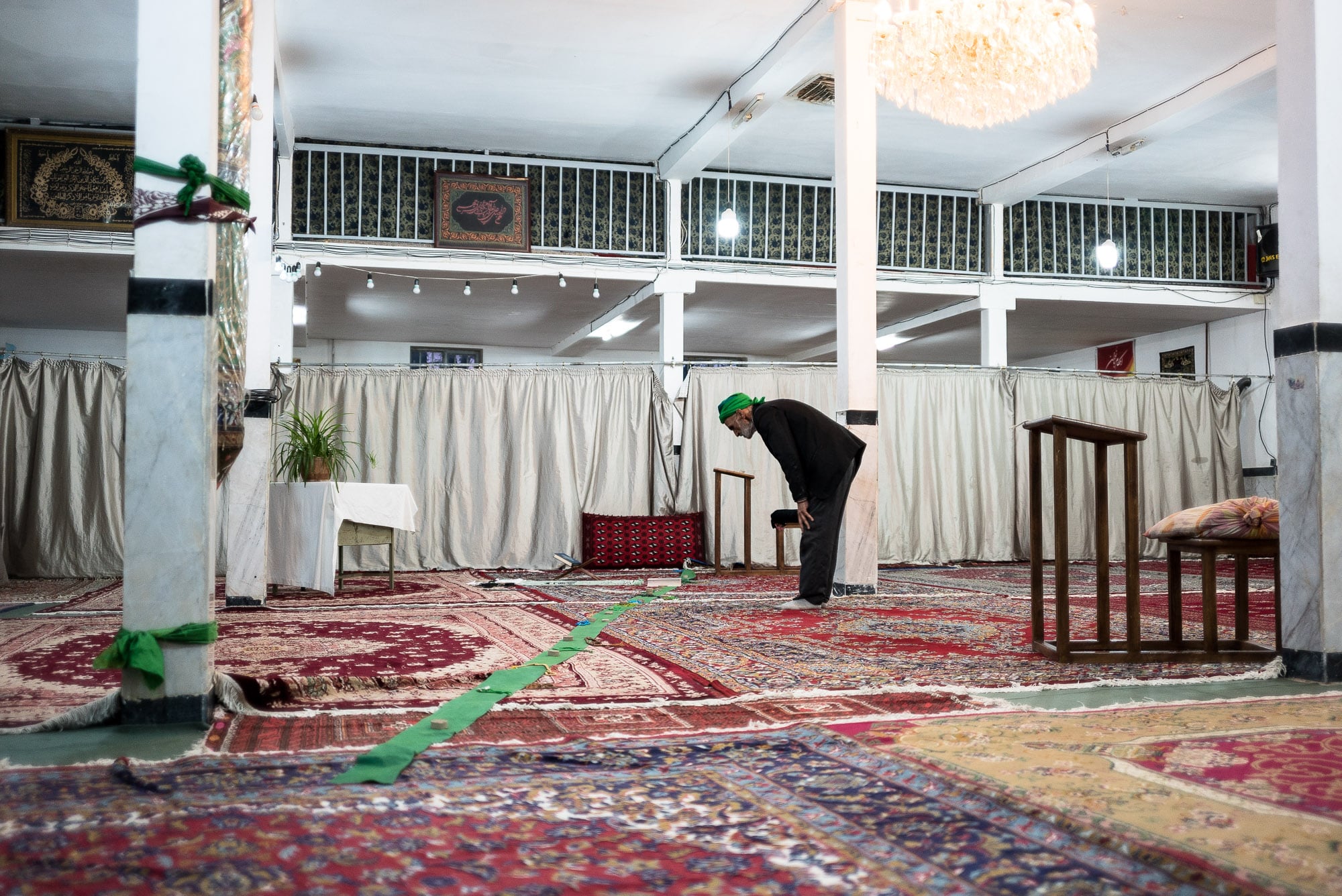 I had some canned food and some nuts. And once everyone had left, I washed my feet, then I lay down in my corner of the mosque and prepared to sleep.

This is the video of the day:

And this is the 360 degree video of the wind:

And I thought that this was it, that the day was over. But no. At about ten or ten thirty, a man came in. He said he wanted to make friends. We communicated for a while, mostly using gestures, as I was waiting for him to leave so I could sleep. But he didn’t leave. So at some point I put all my valuables next to my head and lay down, clearly preparing to go to sleep. I hadn’t expected him to also lay down, but he did. Okay, I thought, whatever, it’s not my mosque. Then I closed my eyes.

I was awakened by a sound at about two or two thirty. Still half asleep, I started feeling for my belongings – and really, one of my camera bags was gone. I sat up and noticed a shadow in the darkness. It was the guy, he was kneeling on the ground behind my backpack. And my camera bag lay there, right in front of him. A failed thief? The camera bag had probably fallen out of his hands, making the noise that woke me up. I leaned over, grabbed the camera bag and put it back to where it belonged, which was next to my head.

And now what? I thought. Was I supposed to make a scene? Screaming something like “DON’T fucking try to steal my stuff, motherfucker!” felt kind of natural. But how was I going to tell him that without even speaking the language? And also, did I really want to tell him that?

So I opted for the other thing that felt natural: I lay back down and did nothing. Of course I wasn’t going to sleep anymore, that was for sure. The only thing I could do was wait for dawn. And the guy didn’t leave. He sat down next to me and stared at me for a while.

Dude, I thought, this is still a mosque.

Then, after what felt like an eternity, he got up and left. Just like that. I jumped up and ran to the window, to see if he was really leaving, and it looked like he was. Then I thought: what if he comes back?

The mosque had two doors. I barricaded one of them with a chair: 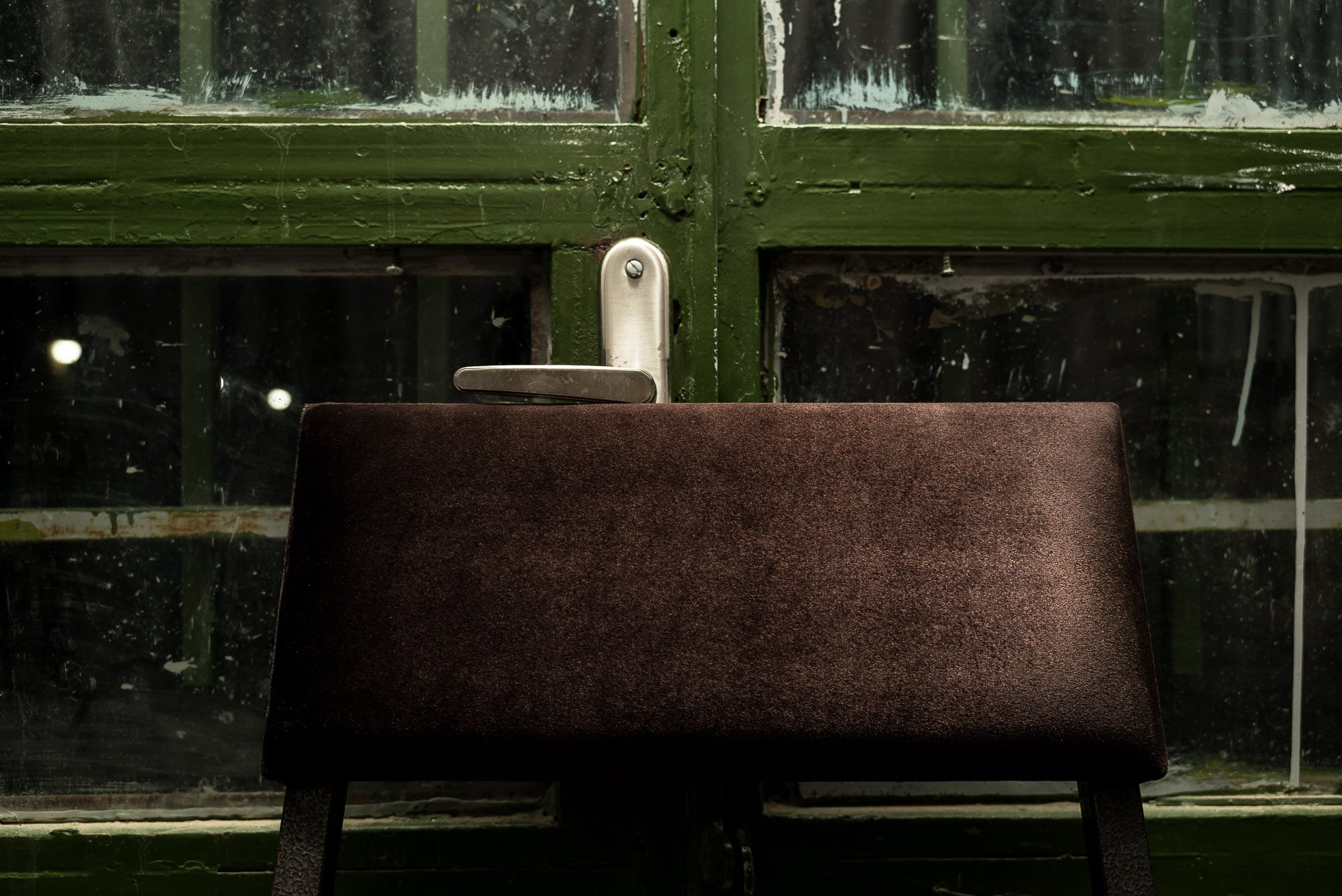 The other one I bolted with two carabiner hooks: 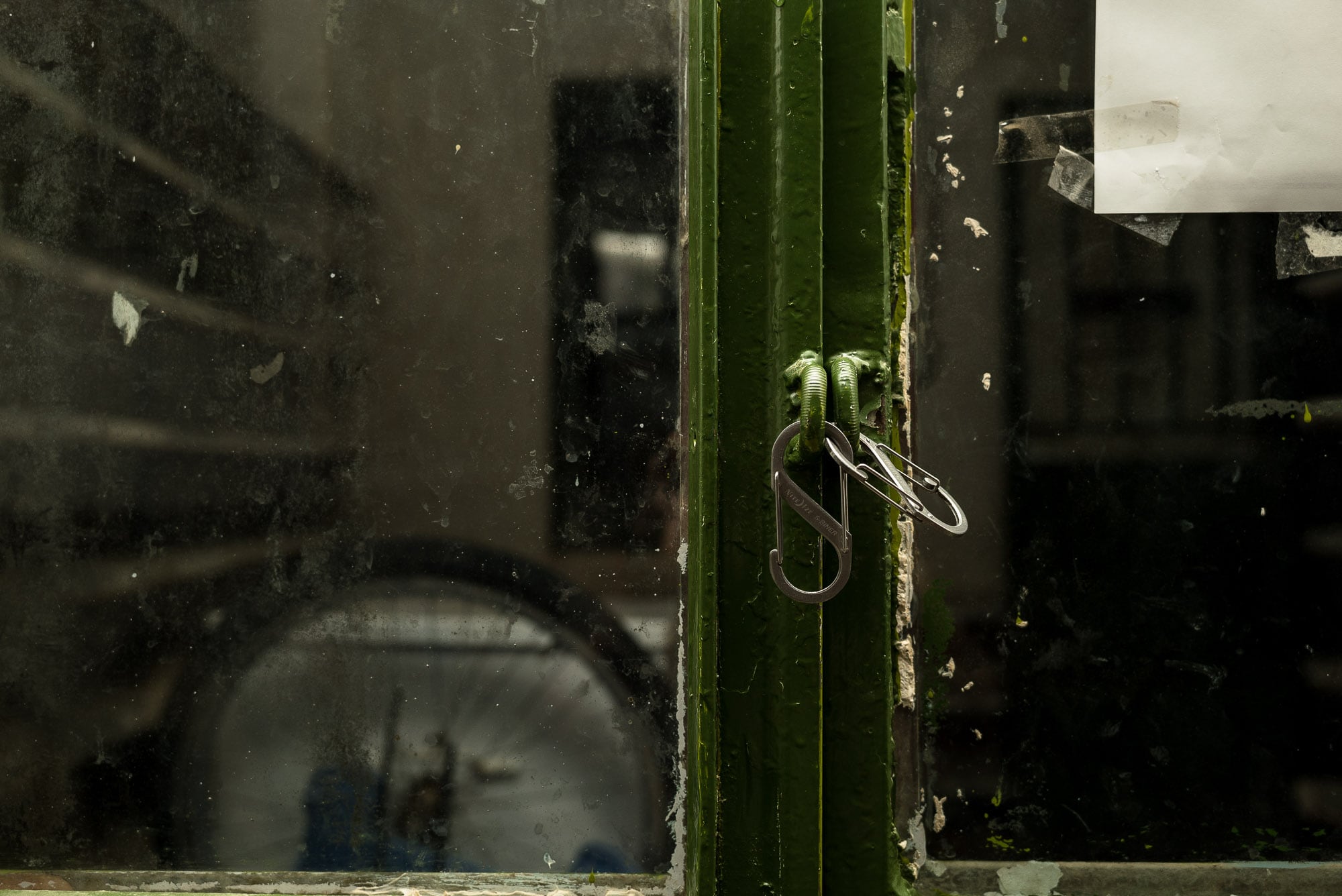 Then I felt somewhat safer.

But I wouldn’t be able to go back to sleep in a long time:

I talked to people online. I played Plants vs Zombies. I checked again and again if all my stuff was still there, and I looked at some of the photos I had taken over the last few days. The people in the villages had been so nice. Vaheed had put me up in the mosque in Khan Saadat, Ahmad had given me food, and Karman had gone out of his way just to show me the flowers in his fields.

At some point, I closed my eyes and went back to sleep.