My hotel was supposed to be the oldest in the city, and it showed. But I found it nice to have my own little space anyway.

Stayed in all day: 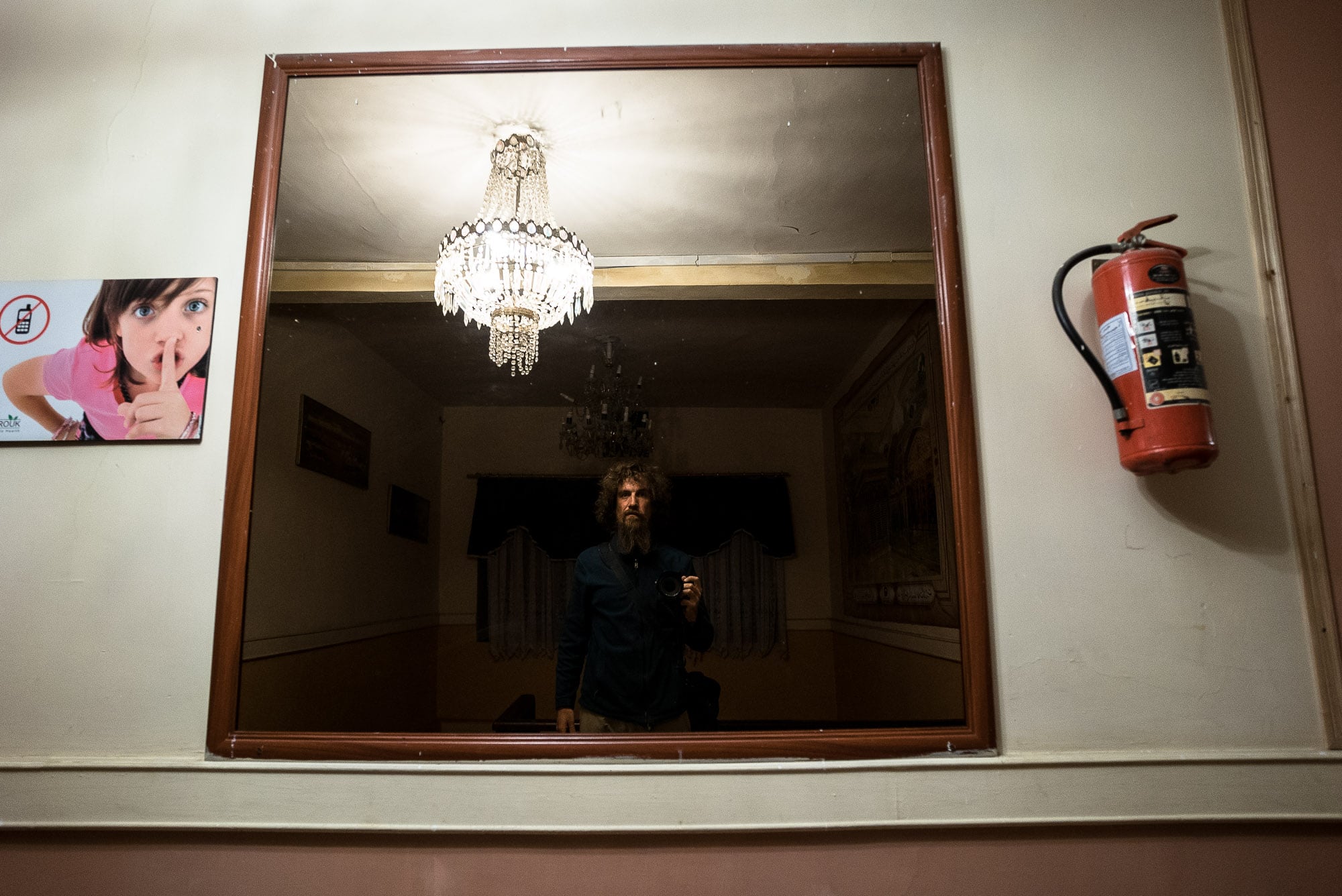 Went out after nightfall and walked around the neighborhood. Some of the courtyards looked quite interesting: 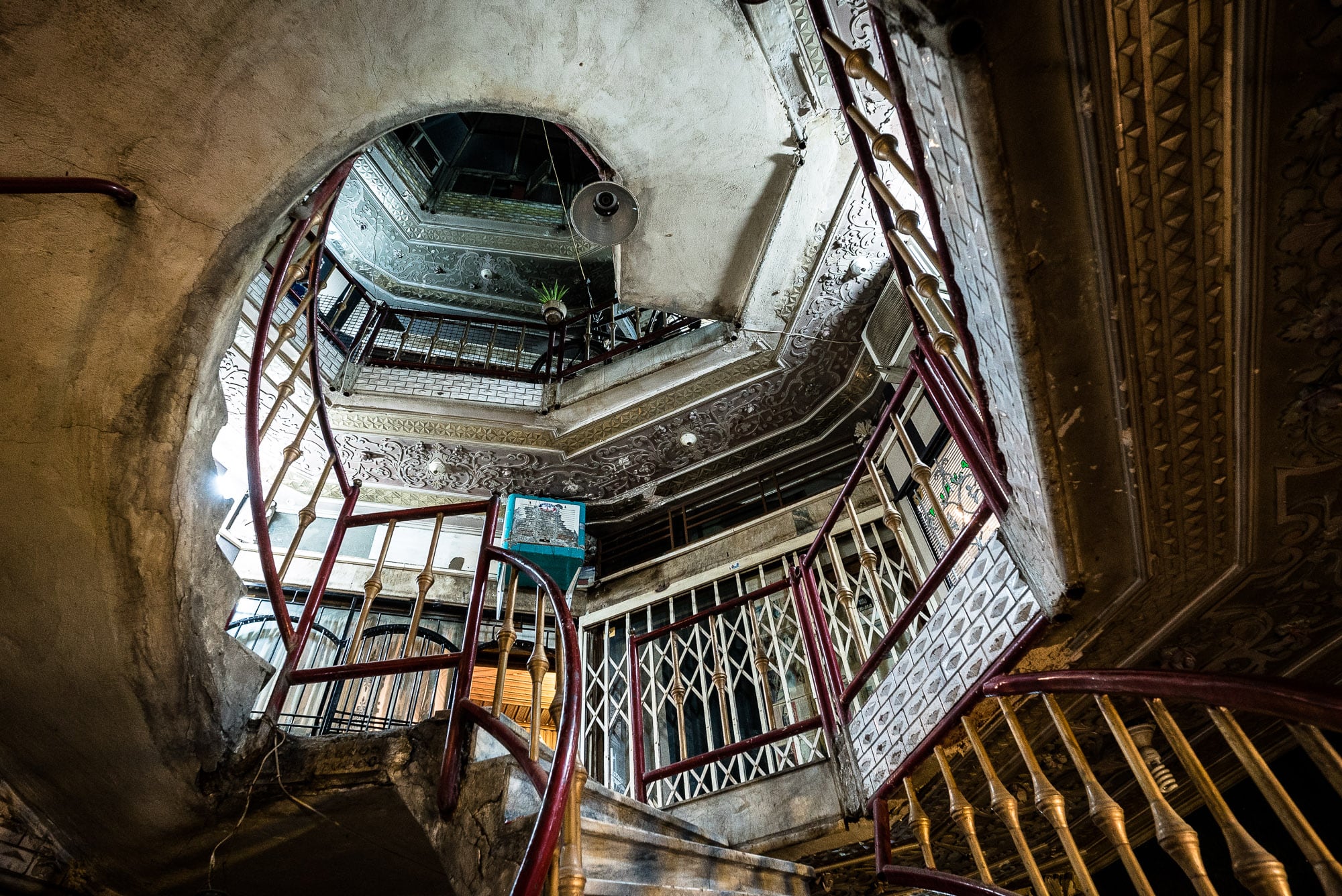 Then I met up with Shiva and her friends: 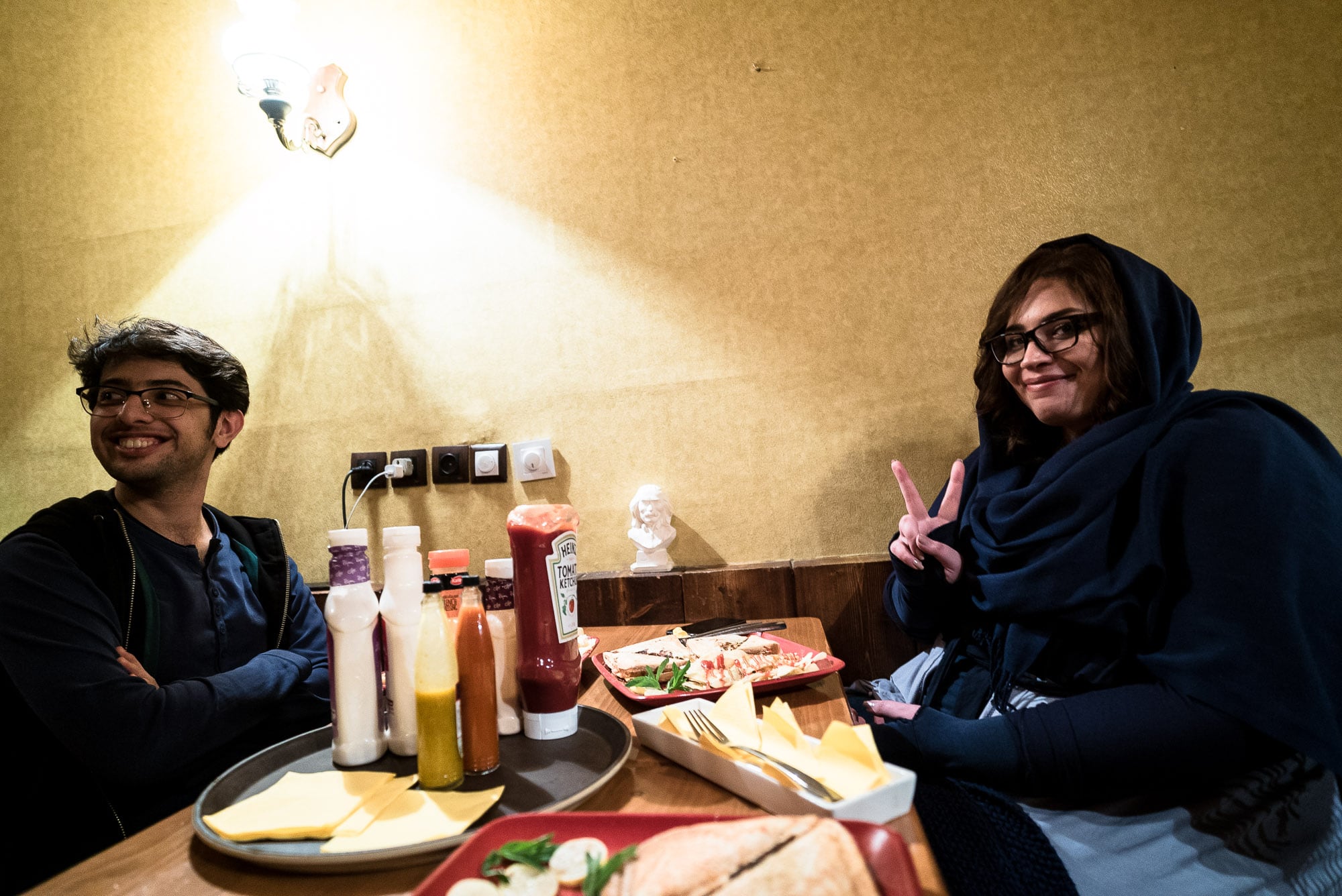 We had sandwiches, and we talked about some of the things that I hadn’t been talking about in the countryside: 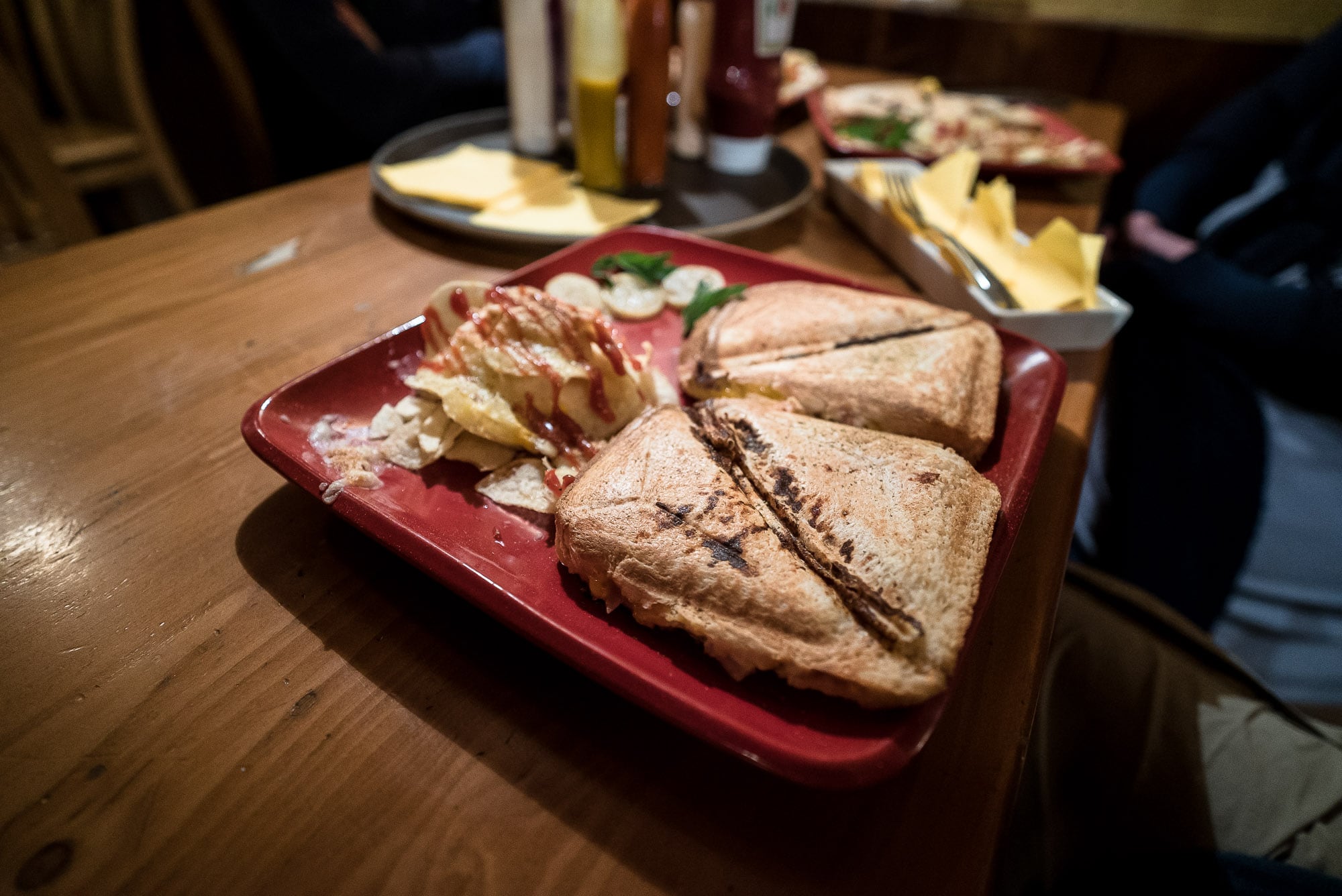 At one point I parroted some of the words I had learned in Persian, one of which was “goat”. Then we talked about poetry.

They gave me a popular poem: 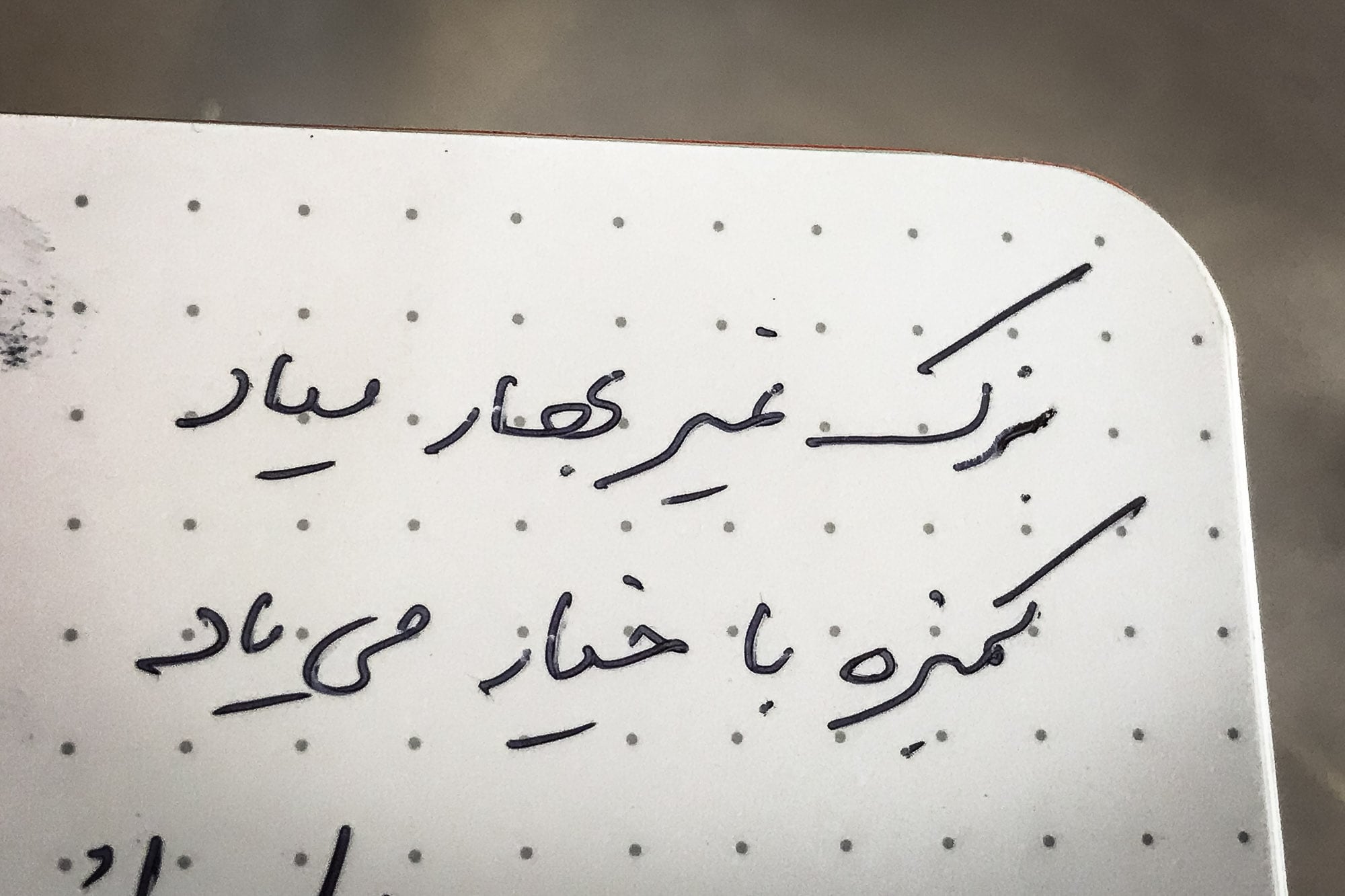