So I left the village of Abravan, and I saw it become smaller and smaller in the distance: 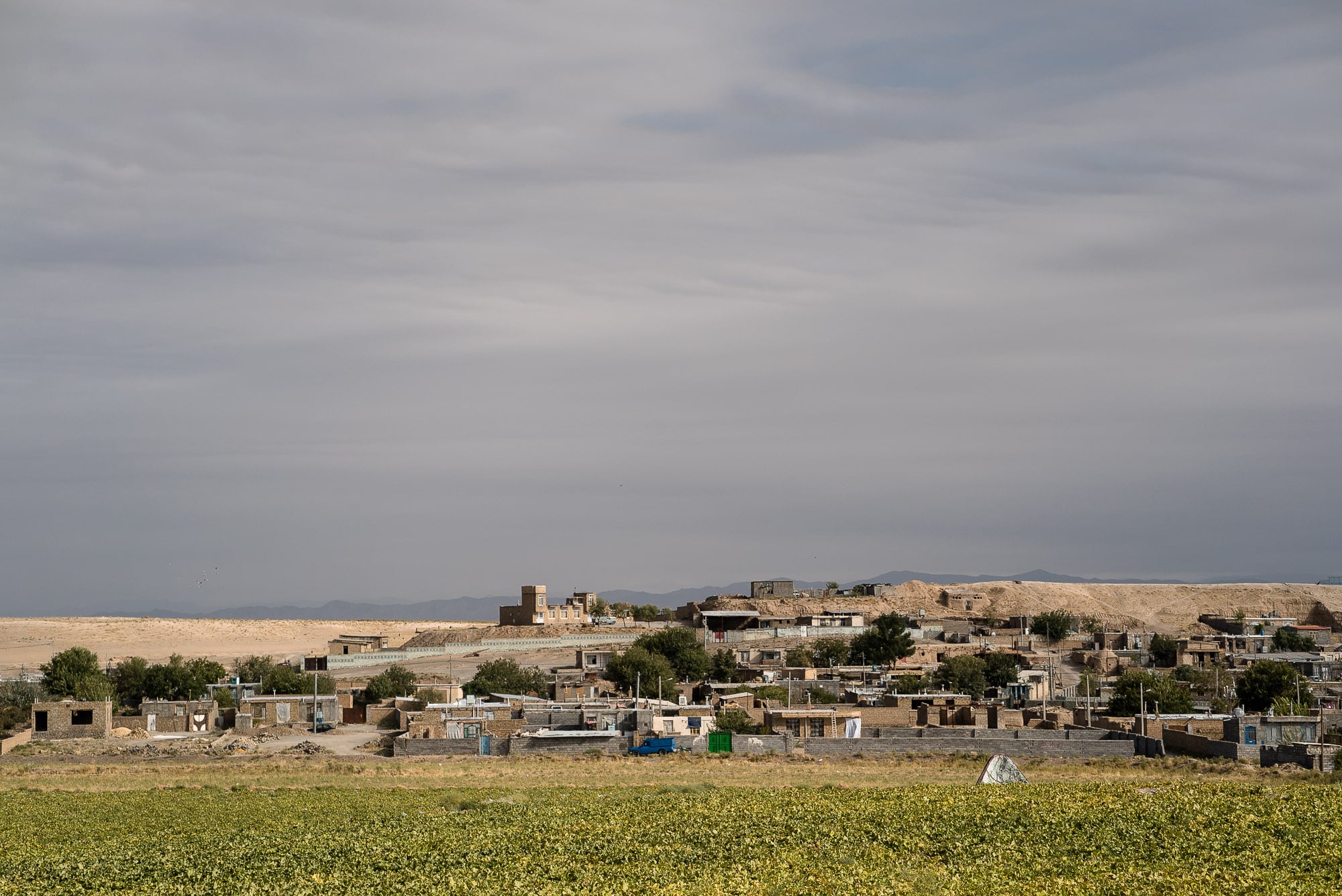 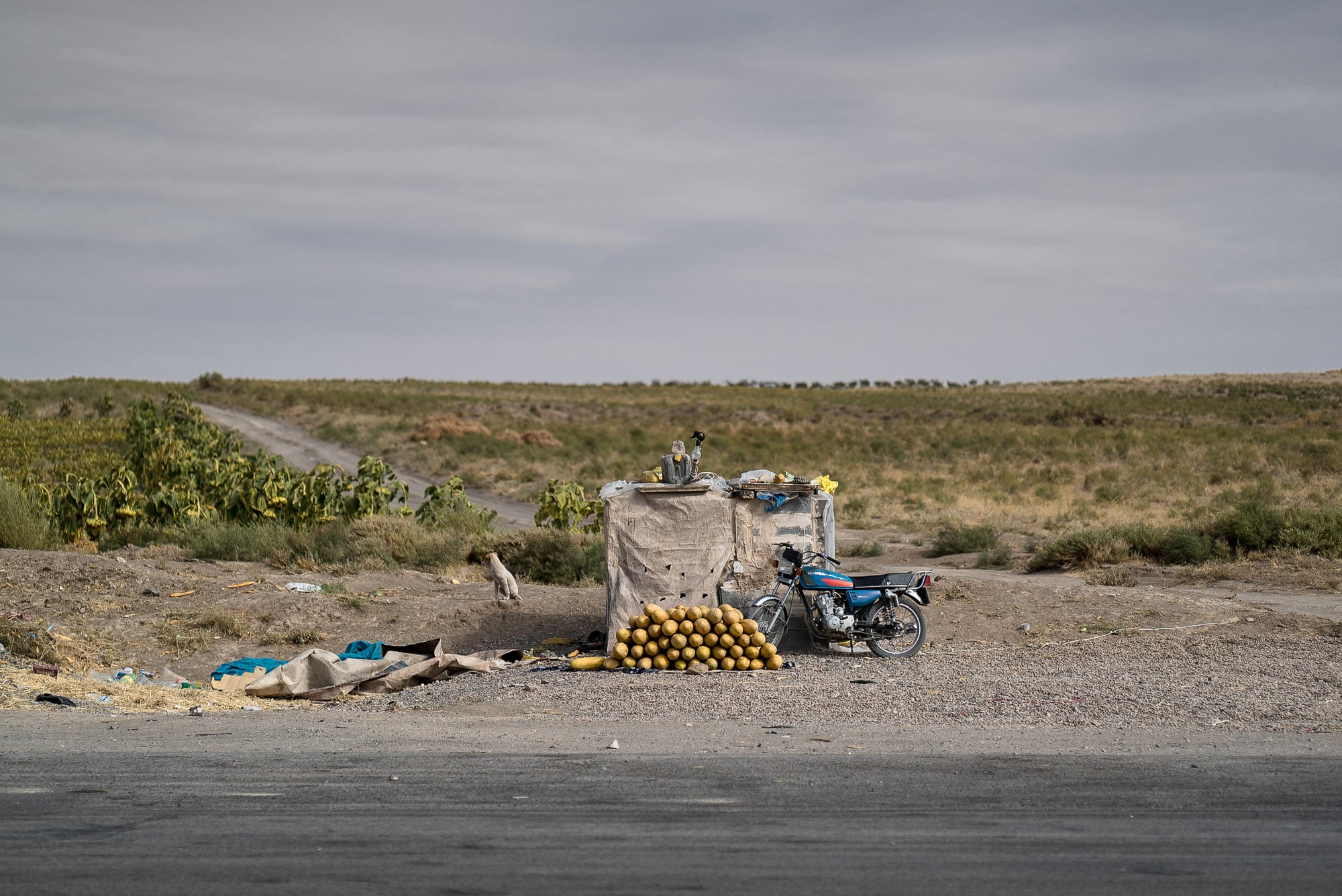 And then the industrial outskirts of Iran’s second largest city, Mashhad, started to appear: 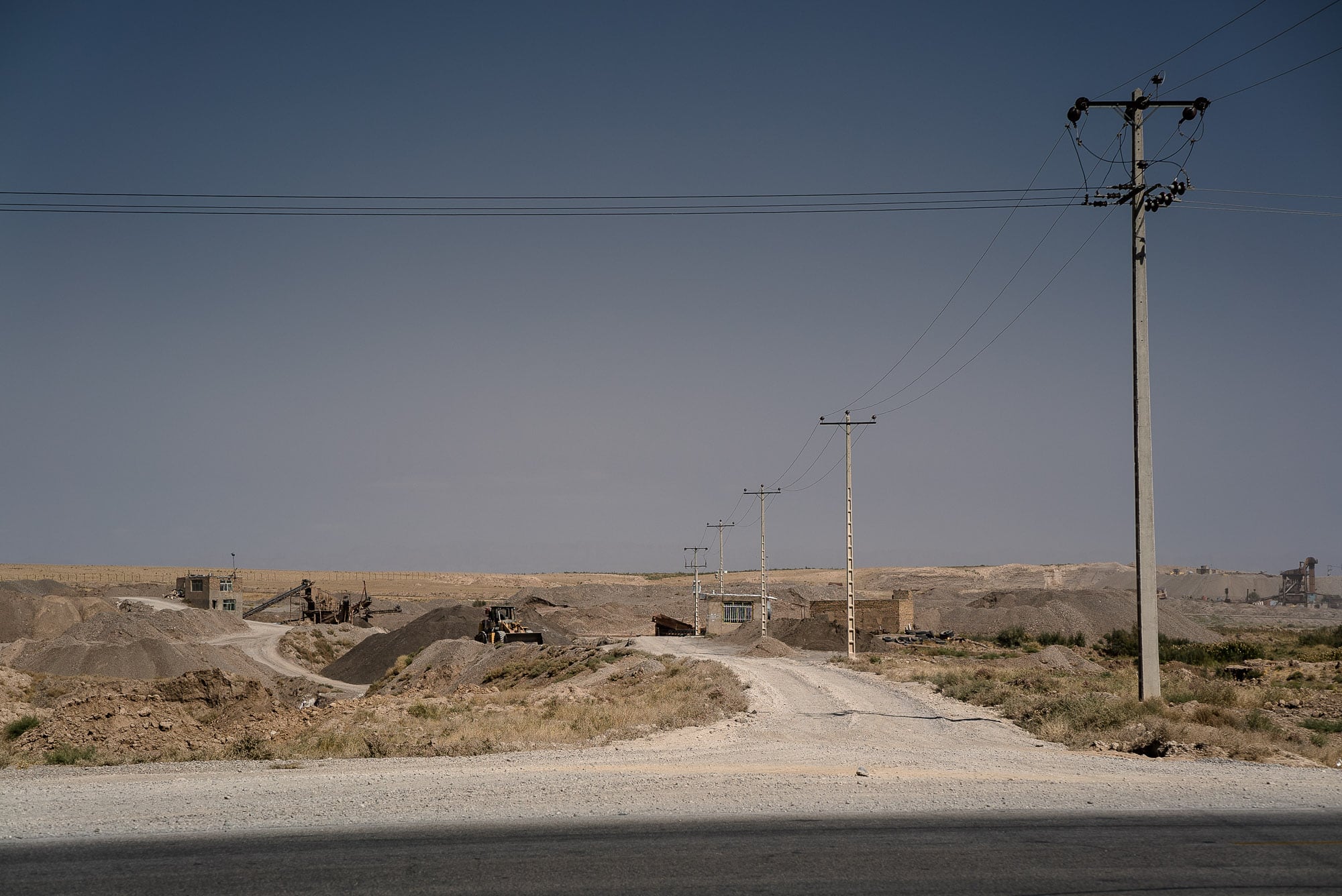 It was becoming increasingly clear that Iran, just like the other countries on my way, had a trash problem: 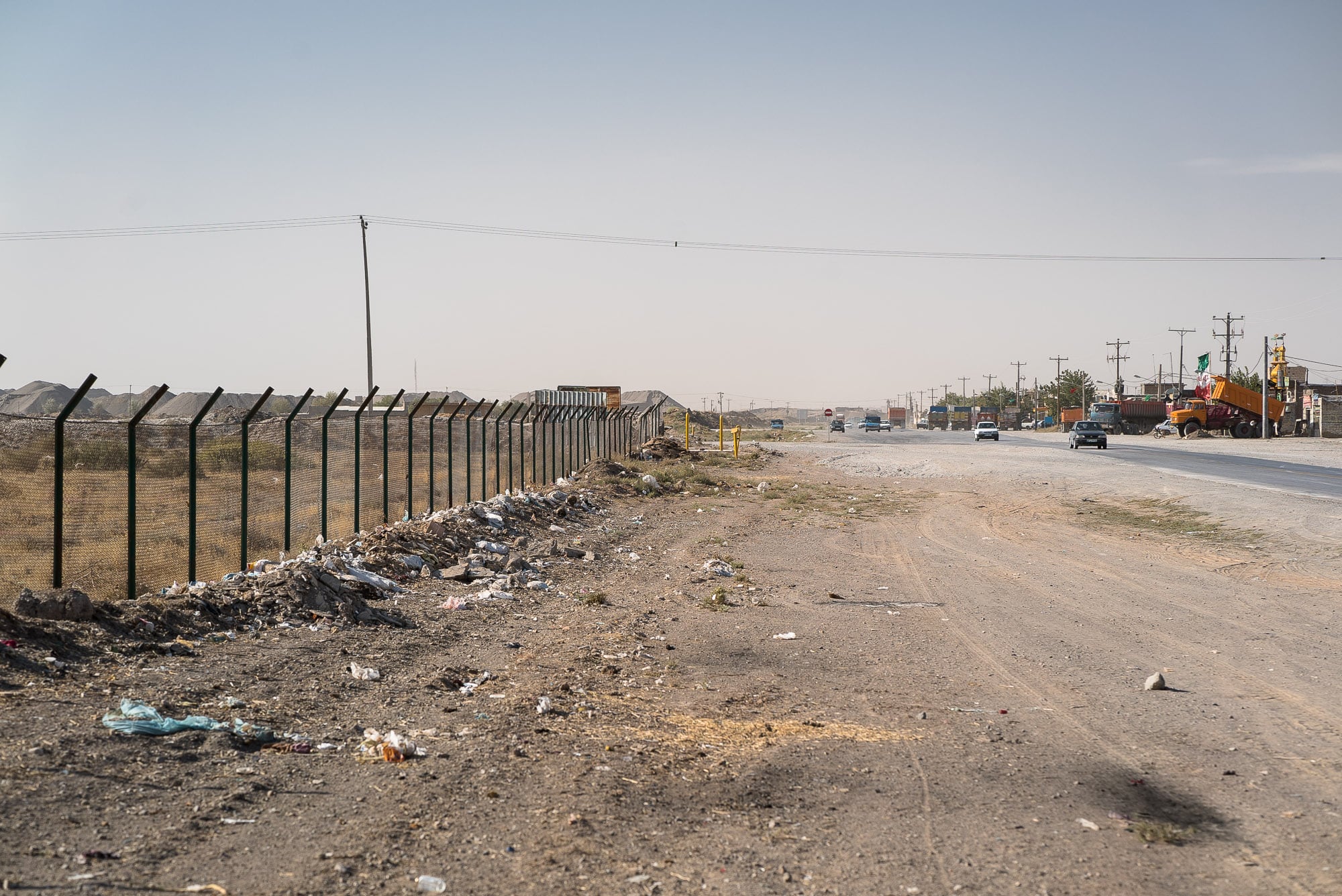 One thing was new, though, and it worried me: there was also a dog problem. Remember those stray dogs that I told you about in the last few posts? Yeah, those weren’t the problem.

But many of the industrial sites and private homes had particularly vicious guard dogs, and many of those vicious guard dogs were allowed to roam freely. So that’s what they did; chasing the Caboose and me, growling, barking, and sometimes even crossing the road just to terrorize us.

I hated them, and I almost ran down this road: 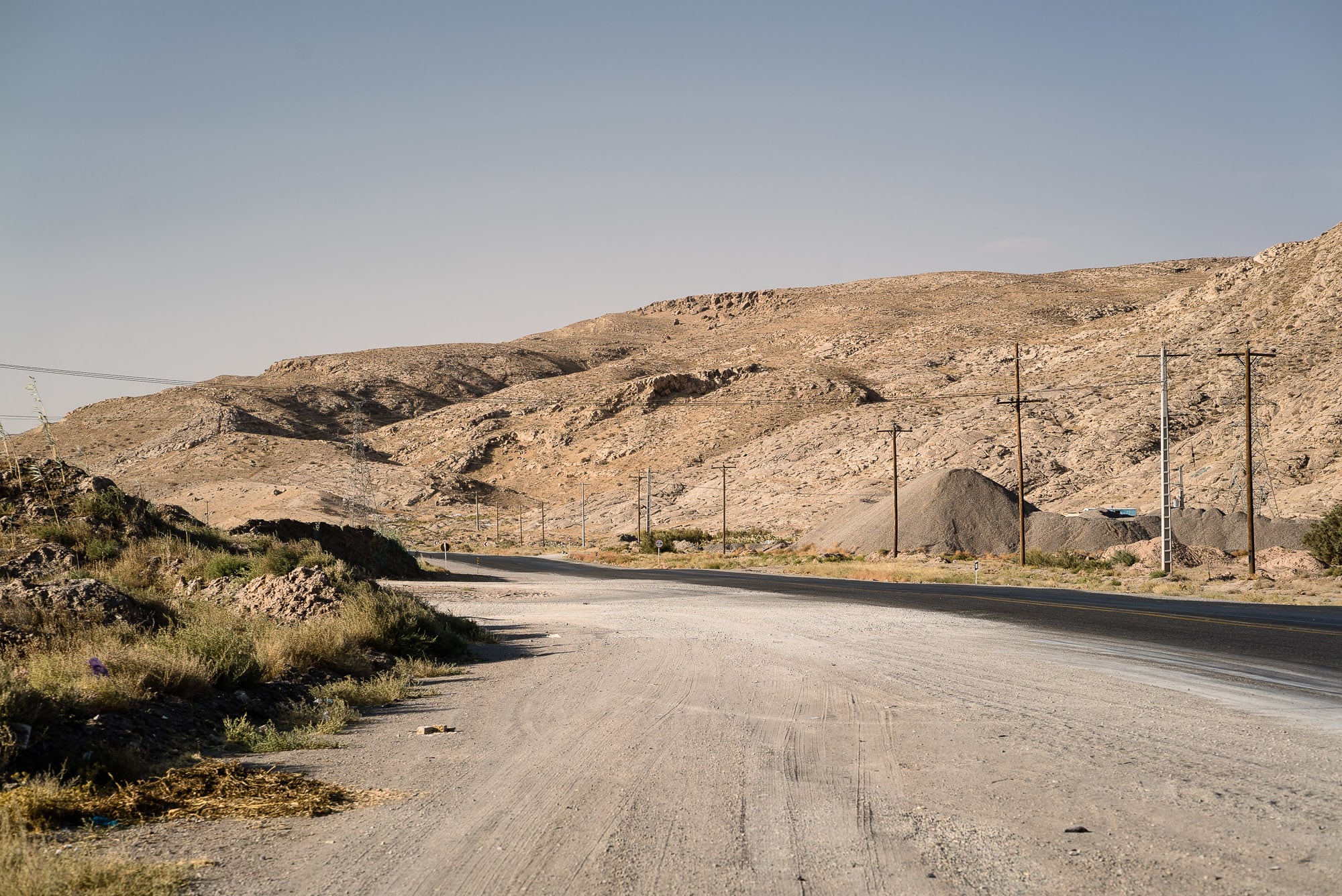 I tried making a Let’s Walk video, but I failed.

What’s more is that it was very dusty and very windy: 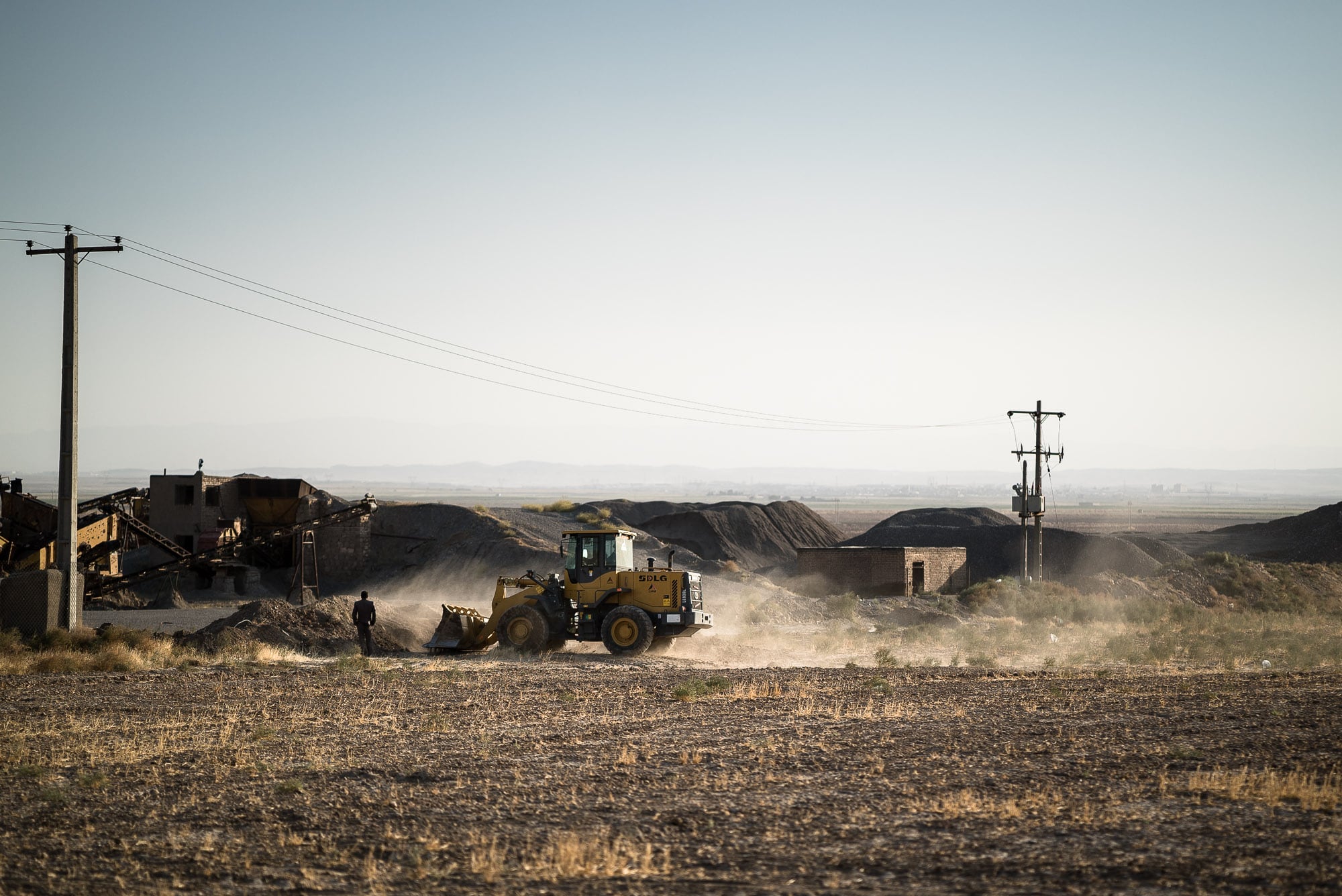 I didn’t know how far I was going to get under these circumstances, or where I would spend the night, but I just kept walking into the afternoon light: 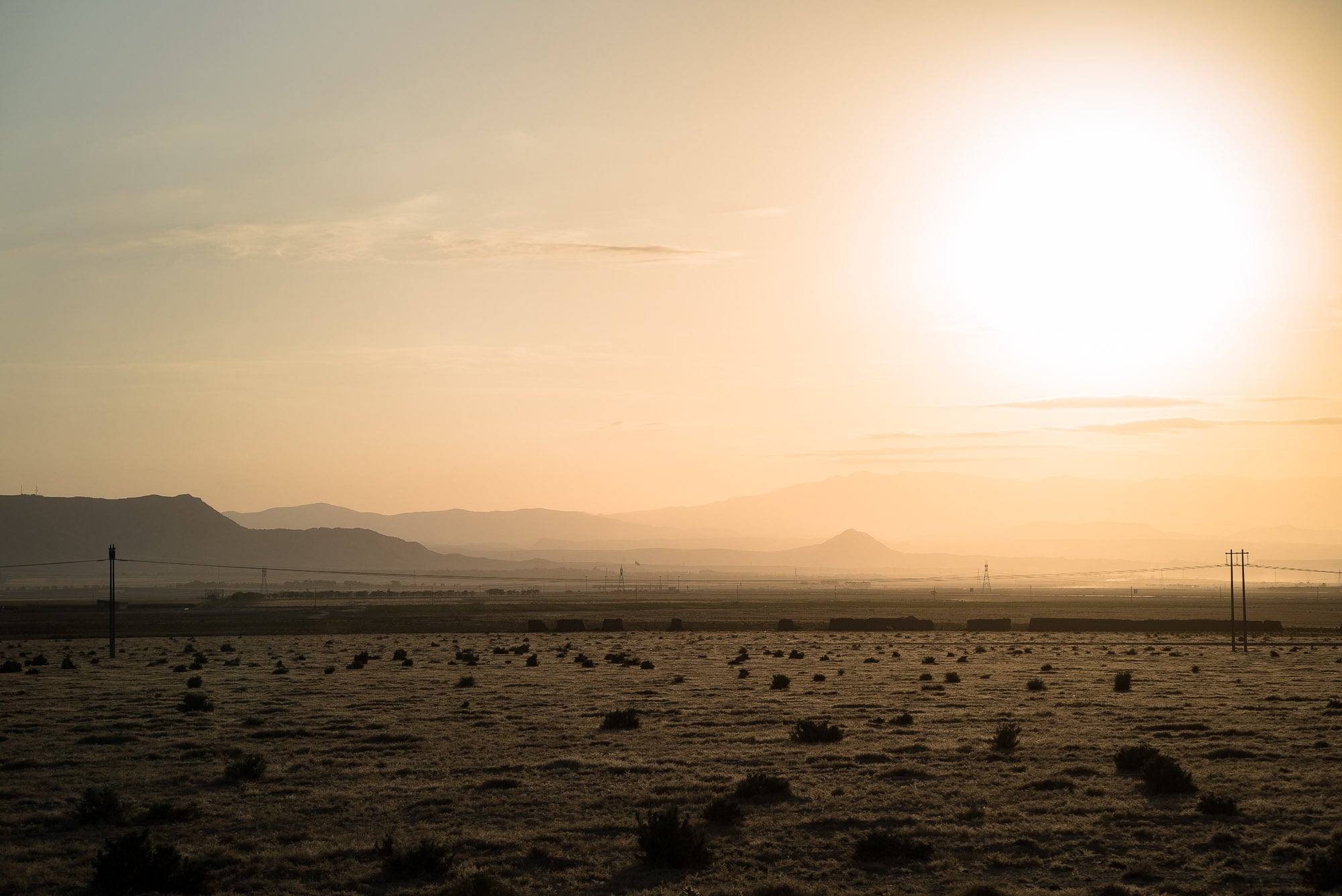 And past the sunset: 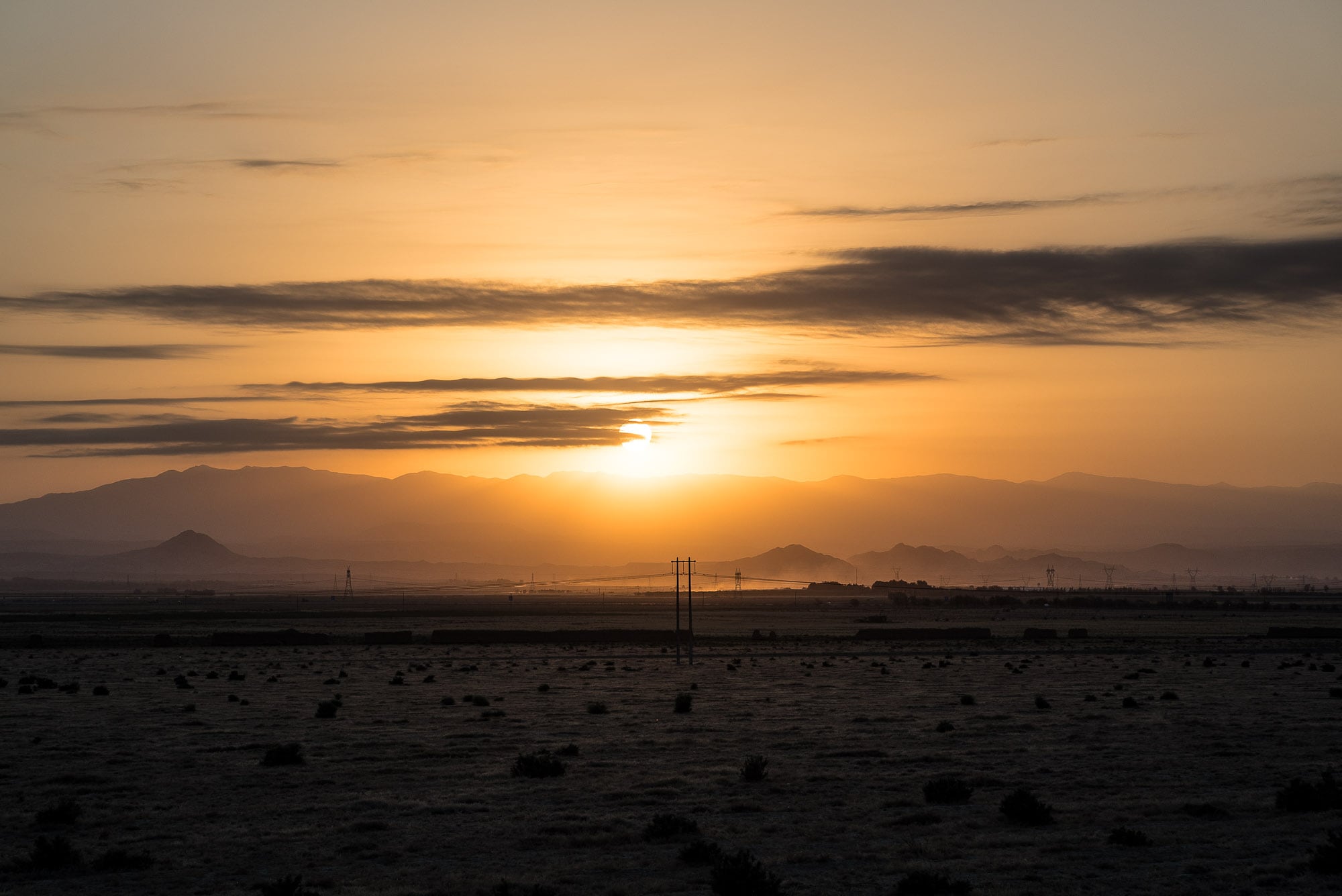 When I reached the village of Razaviye, one of the main outskirts of Mashhad, I saw a dude on a horse: 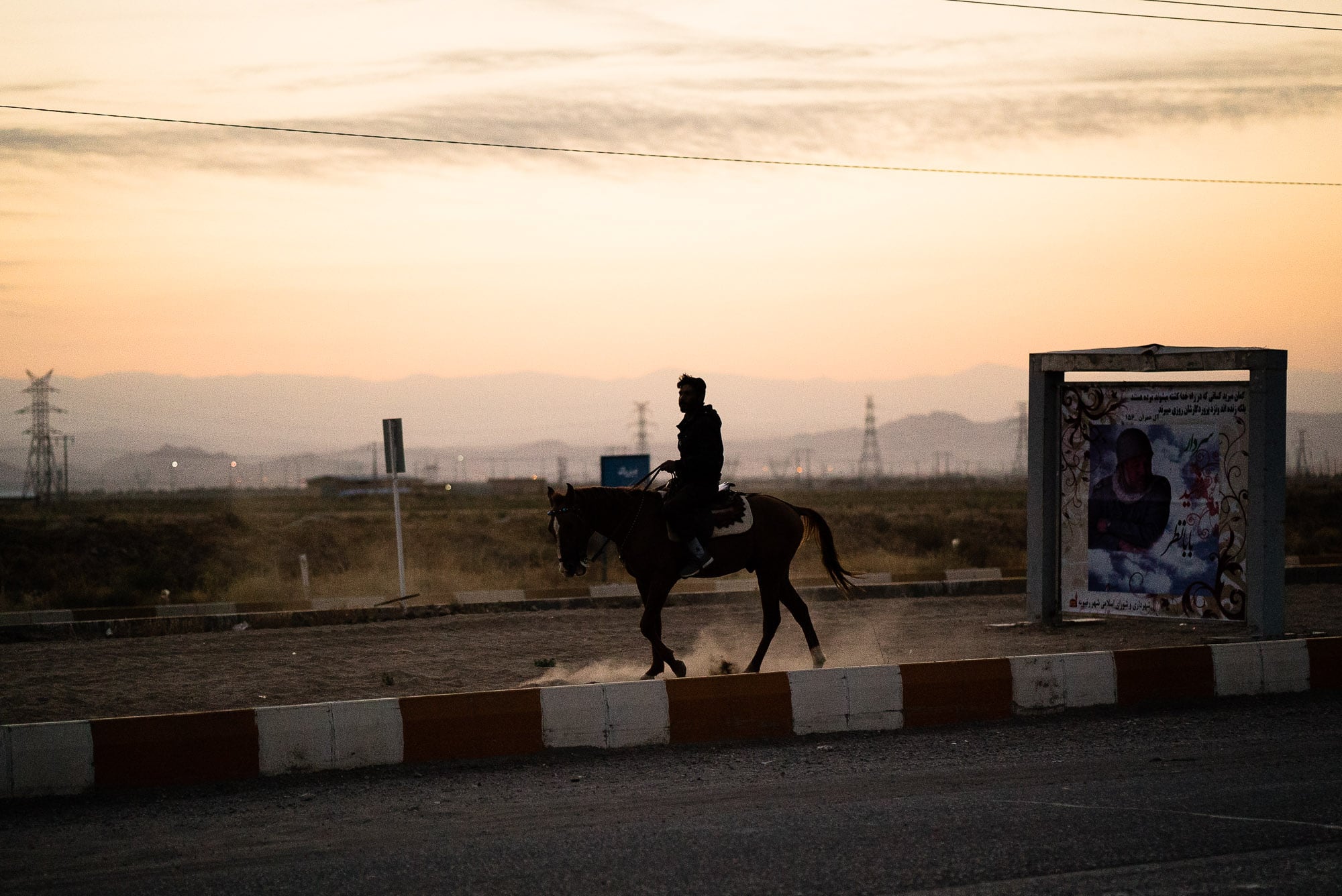 It was one of those moments.
Cold.
Windy.
Darkness falling.
The stupid dogs somewhere behind me on that road.
And no idea where to go.

But then I heard my name. 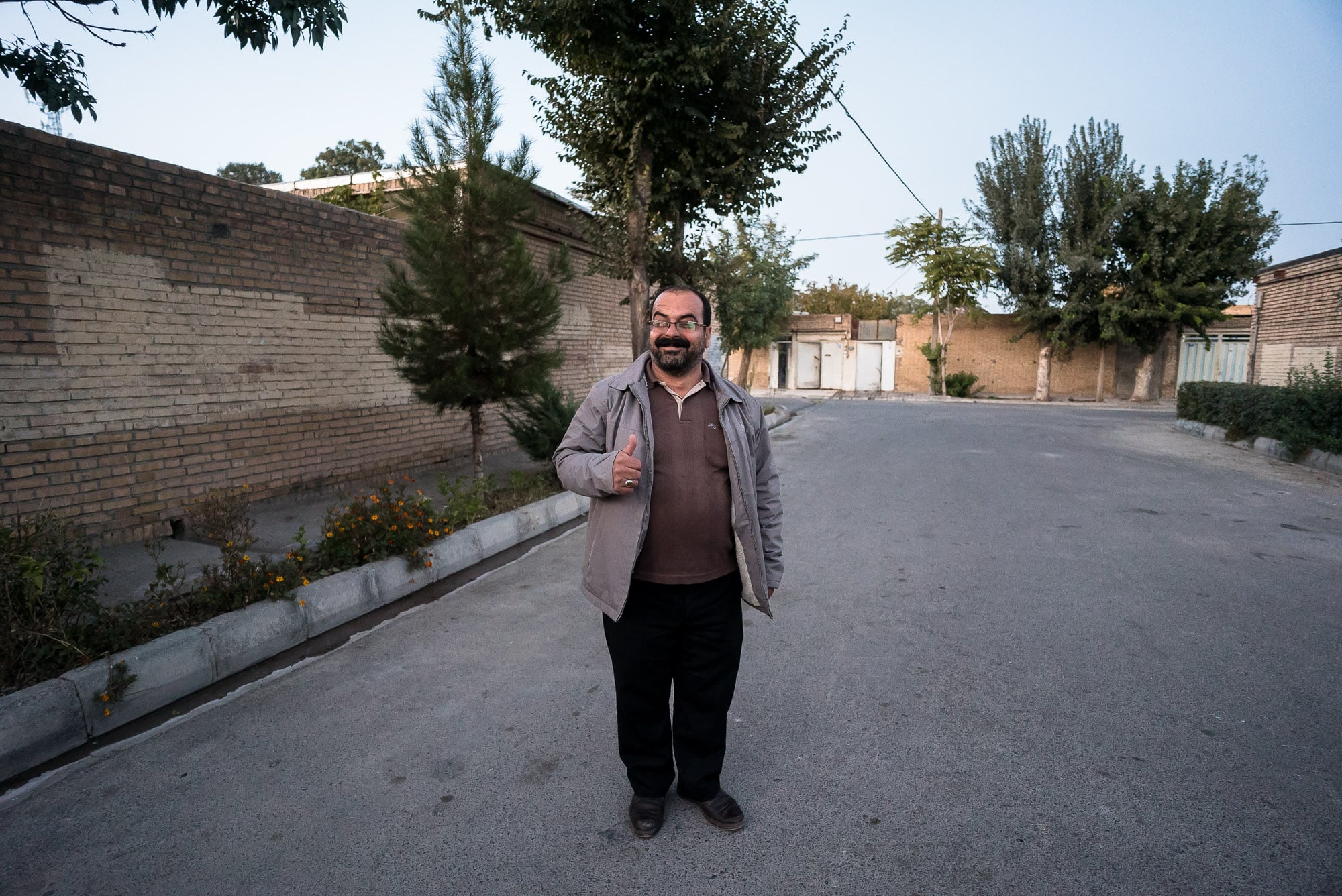 He lived here, and he wanted me to come in for dinner and spend the night.

It was awesome. Really awesome. First they asked me if I wanted to take a shower. So I did that. Then they said we could just throw all of my dirty clothes into the washing machine. So we did that, too.

And then I just sat there, showered, dressed in a fresh set of clothes, in their very cozy living room: 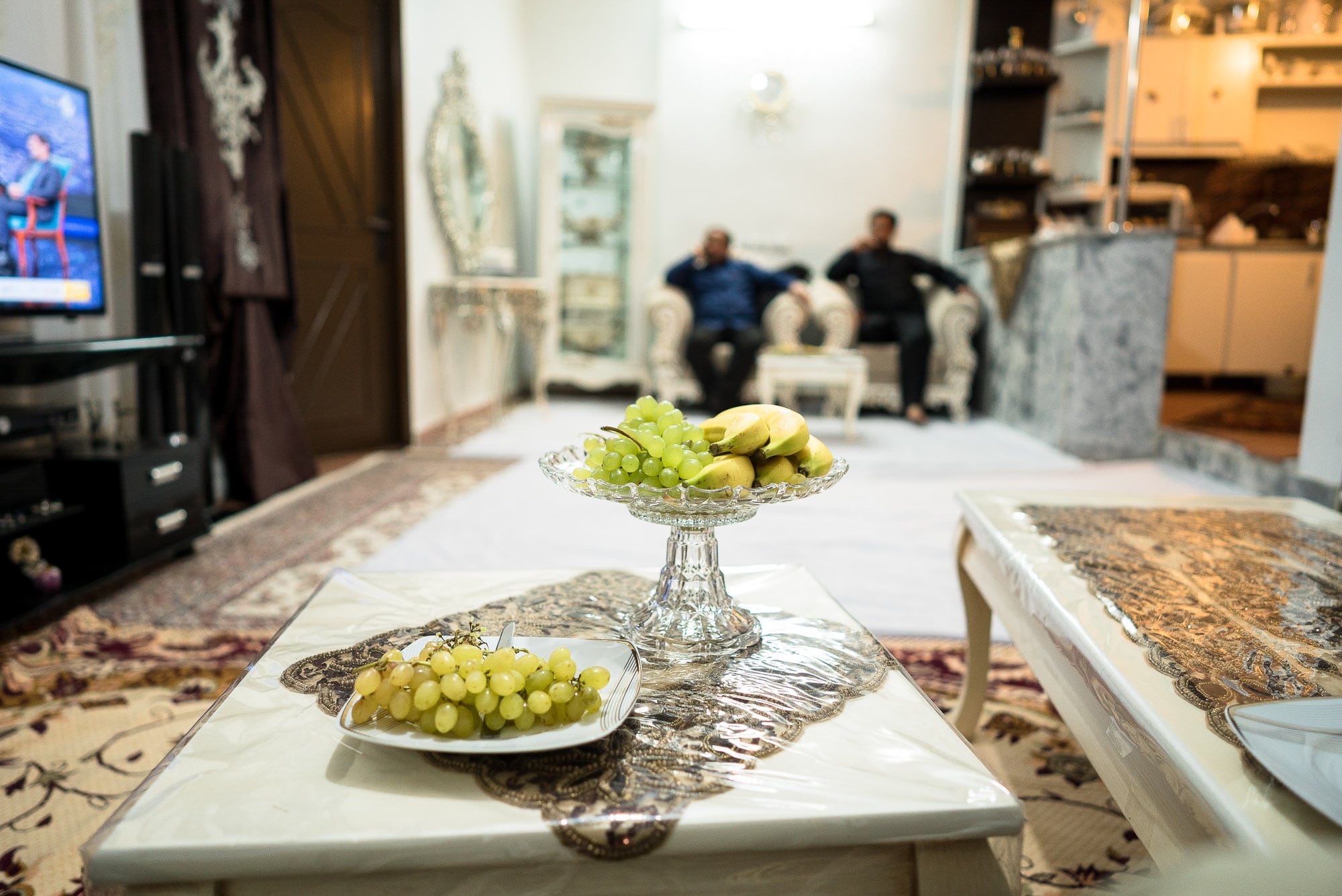 Hassan’s little daughter was especially excited to talk to a guest from afar: 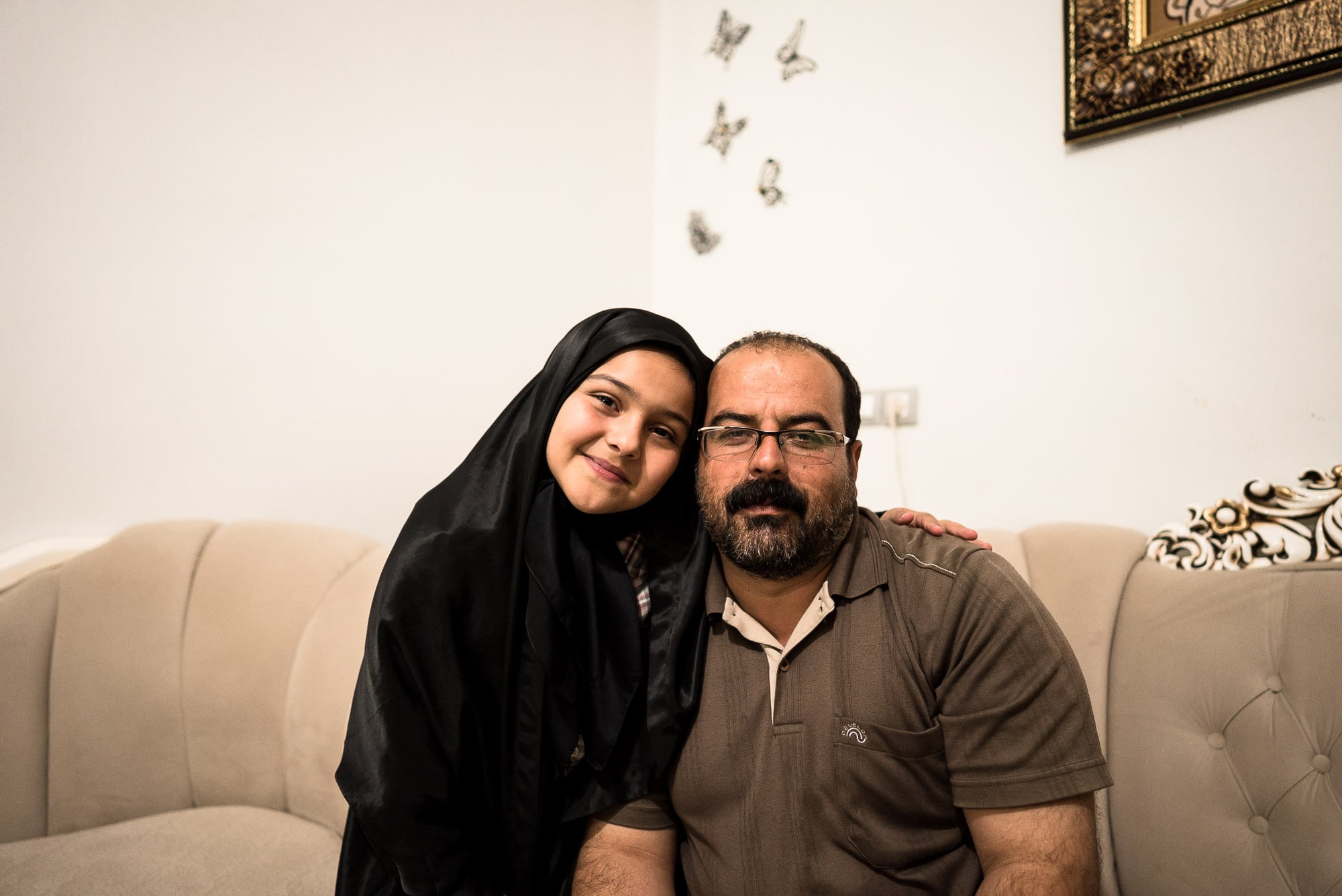 And then we had the most perfect dinner. And when I say perfect, I mean perfect. That chicken was so tender and so tasty, words fail to describe it: 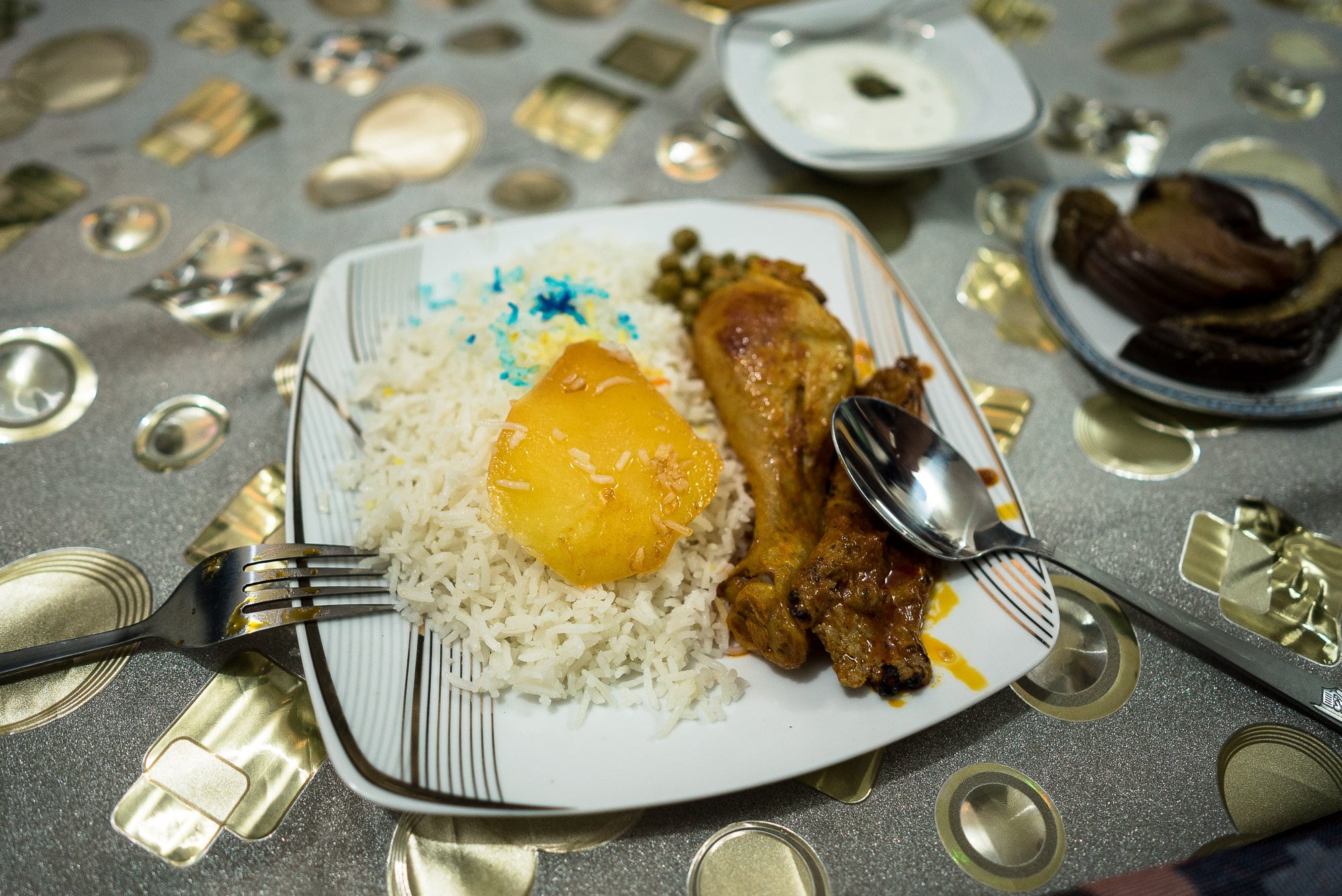 We took a photo together: 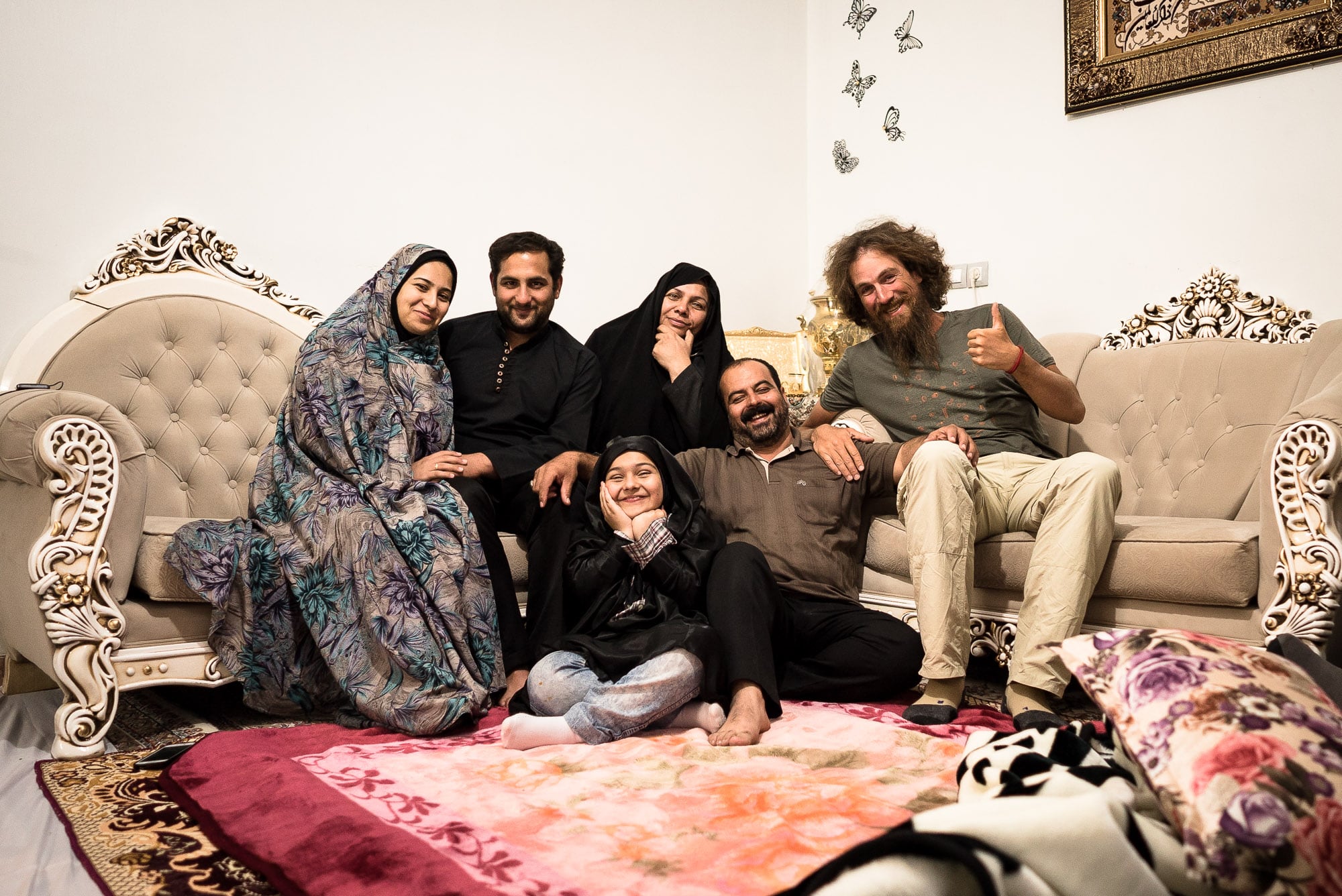 And later that night, when I put my head down on my pillow, when I closed my eyes and thought of all the mean dogs and the wind and the dust out there, and of these kind people who had taken me in, I realized that it was true.