I left the madrasa early in the morning, and when I did, almost everyone else was in class already.

Some of the guys had come to see me off, and I decided to take my Let’s Walk video right there:

And then I was back on the road: 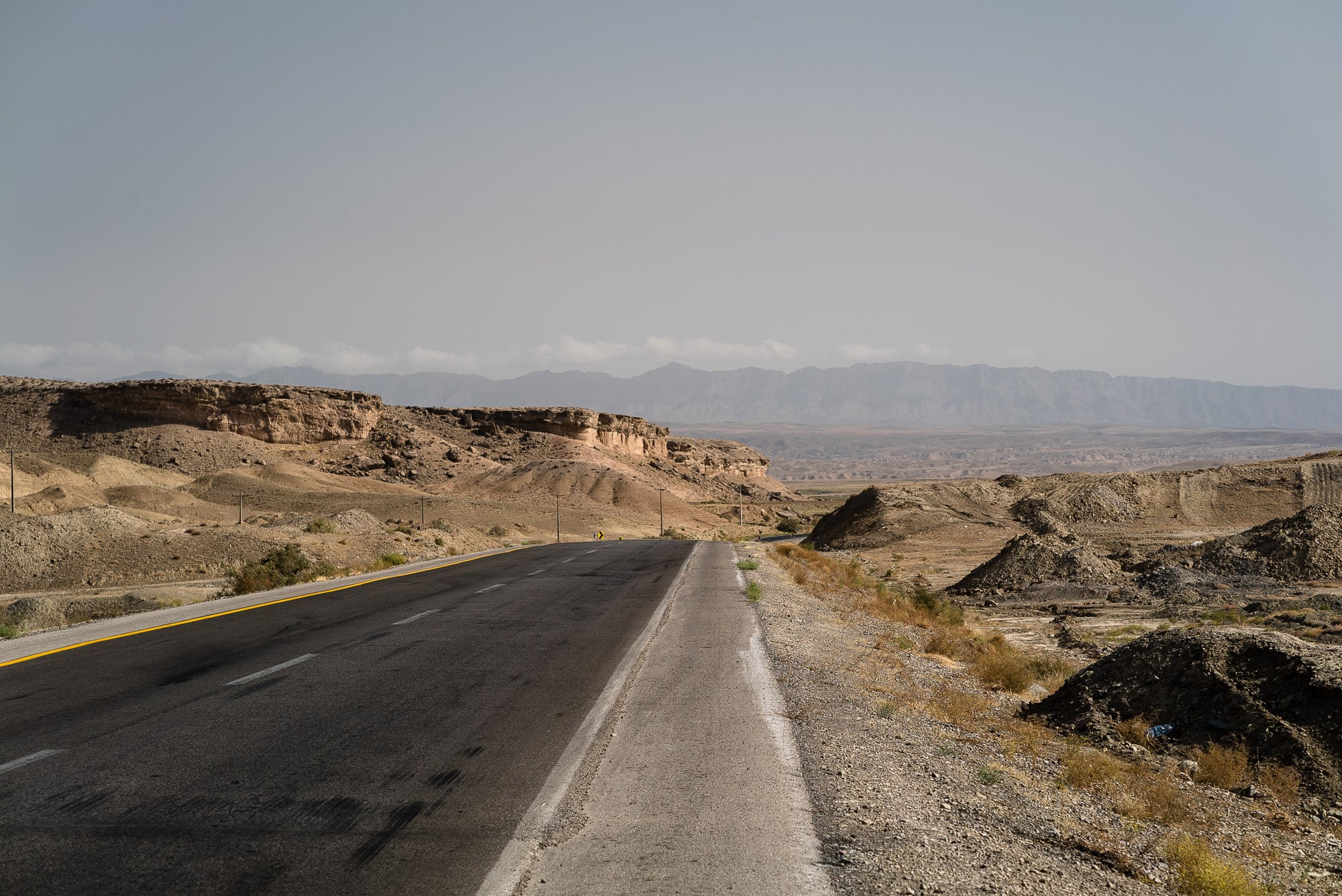 One time a large herd of sheep crossed the road, and they did it differently than in Central Asia, where they often blocked the roads for minutes. They came through a small underpass in the road: 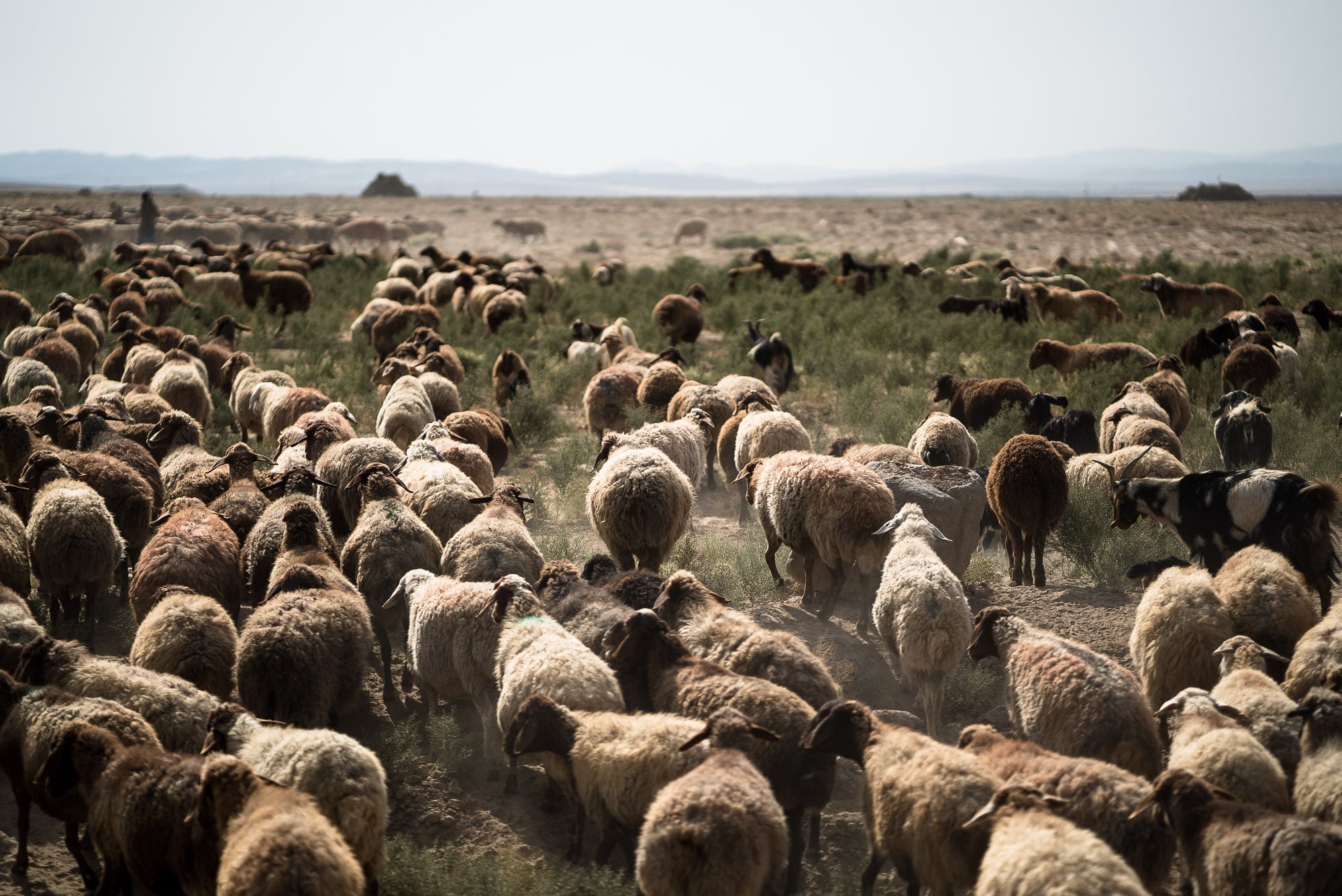 Came to a small village with a shop. Wanted to get some cola, but the shop was closed: 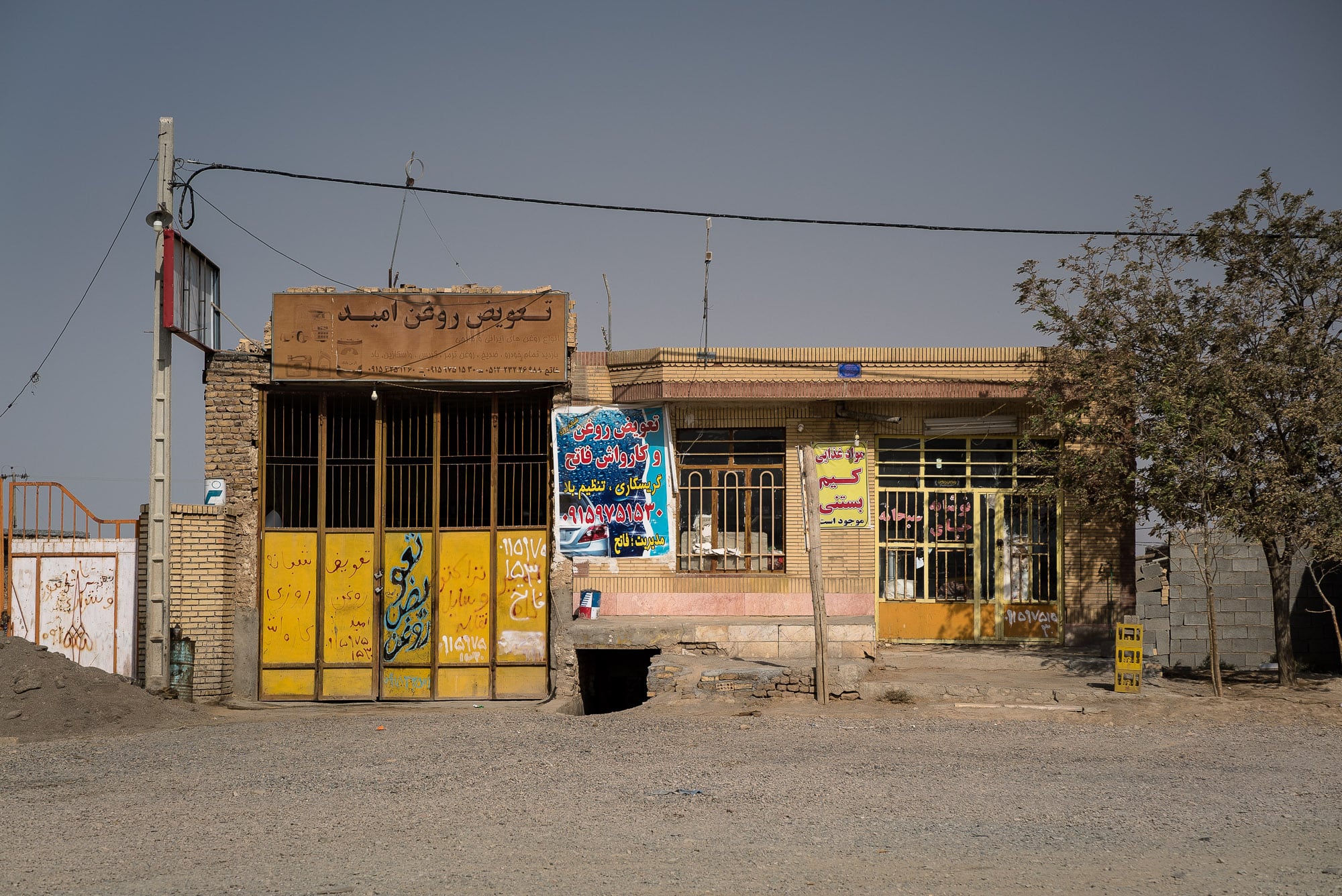 Then it was just more road: 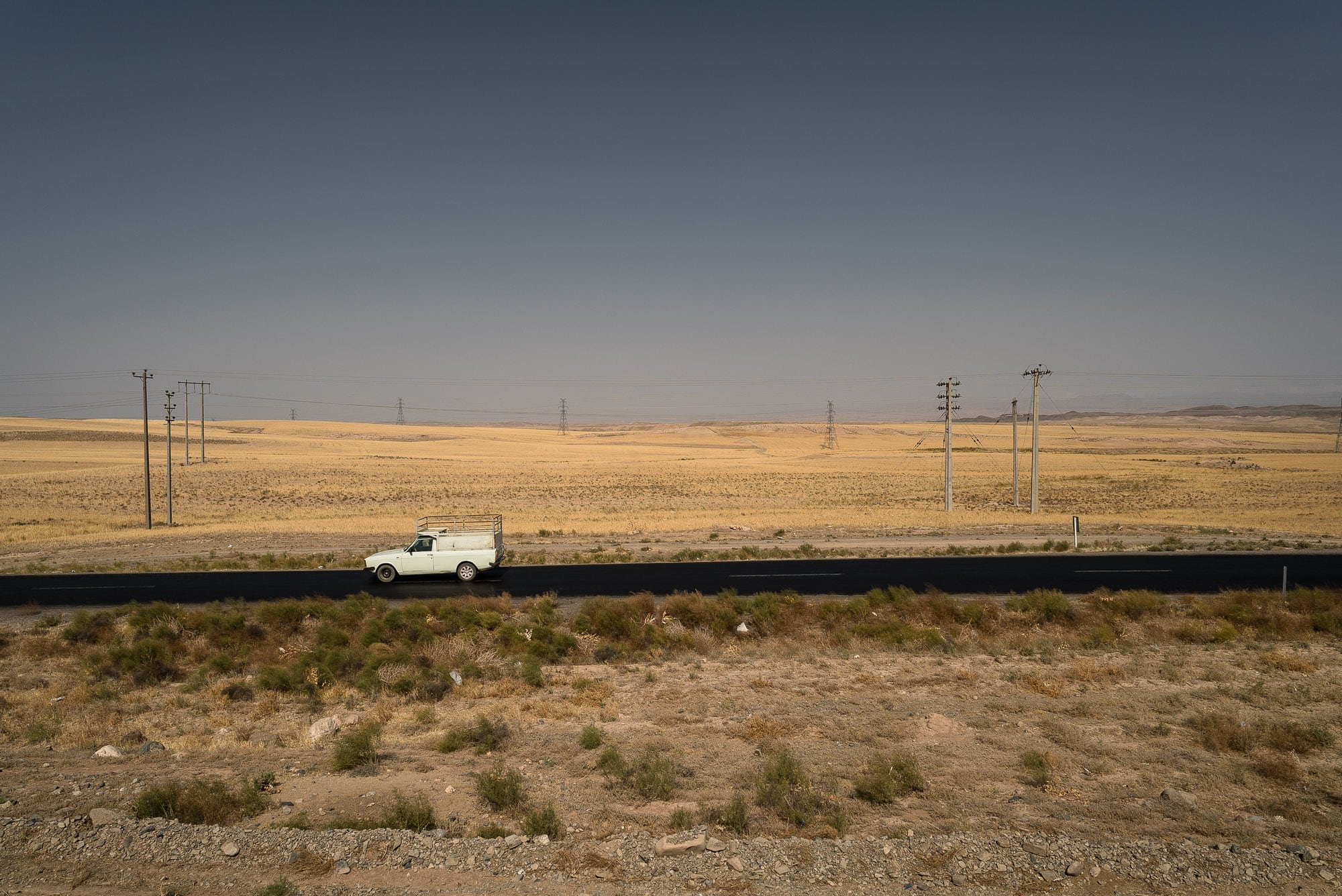 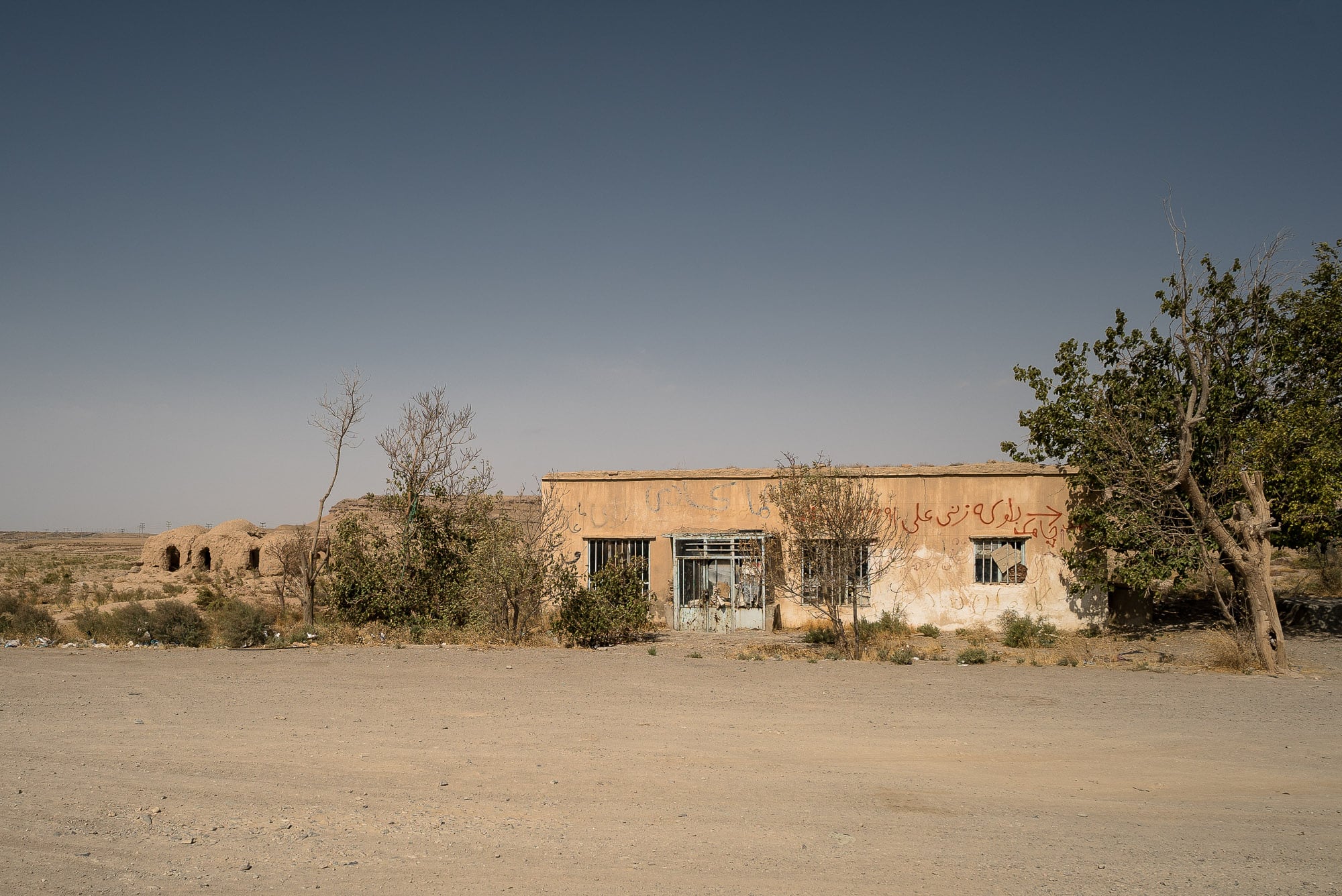 But much to my relief I came through another tiny settlement with a shop that was open: 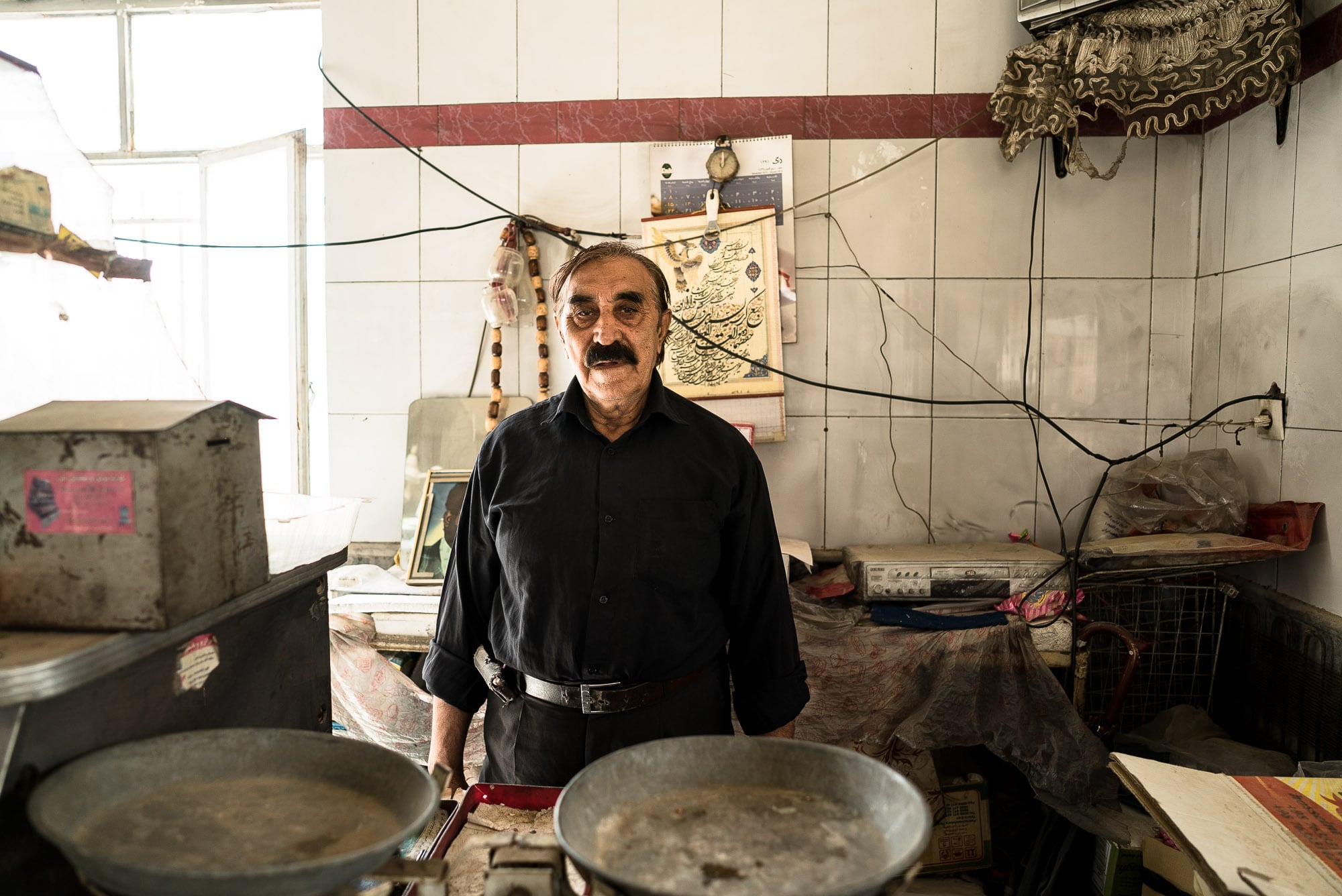 So I got my cola: 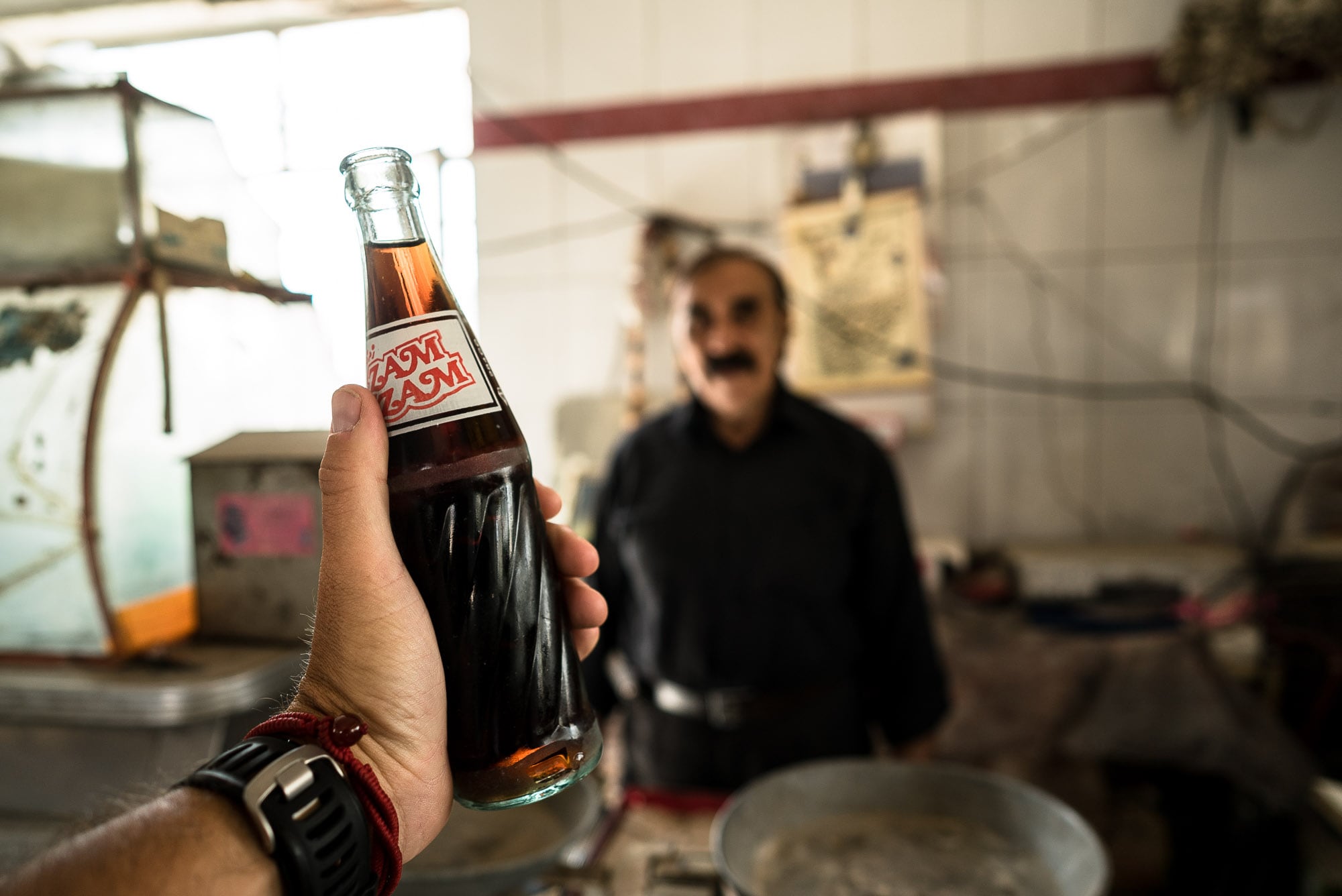 Mashhad was not far anymore, and I was slowly, ever so slowly, learning the numbers from roadsigns: 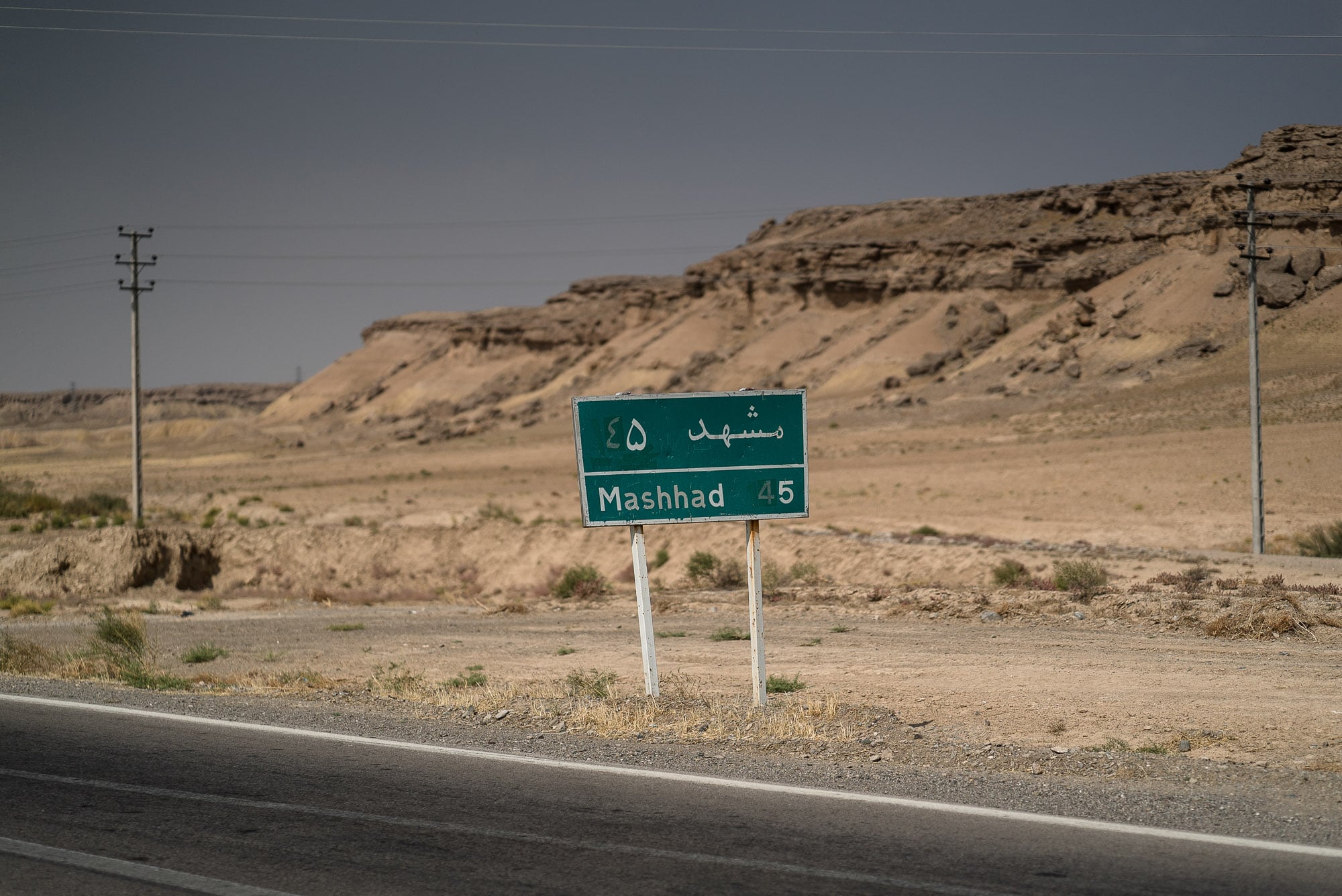 The upturned heart is apparently a five.

Then I came to a service area, where I saw a bright green truck: 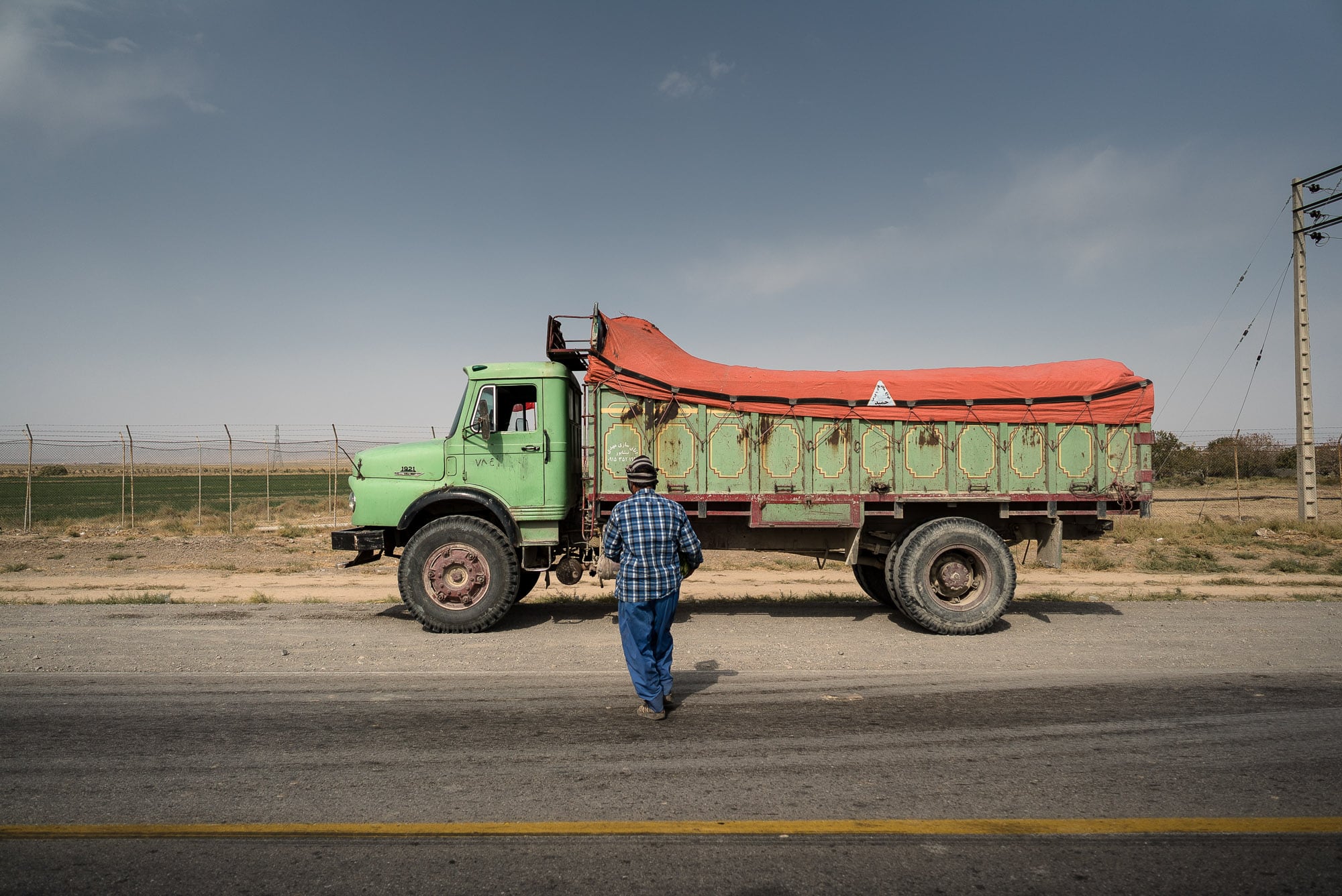 The artwork on the back seemed particularly interesting: 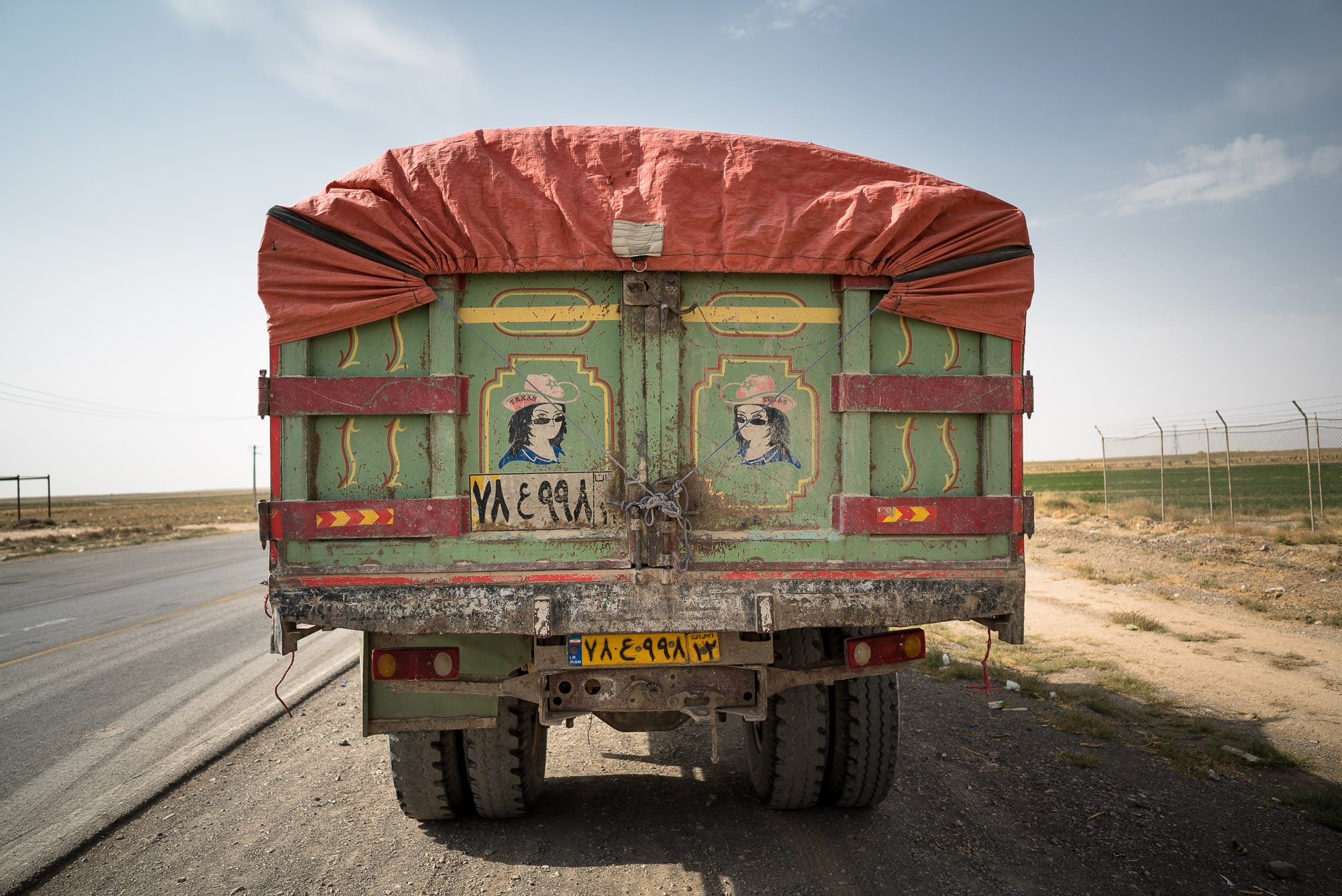 Especially since there was this other car that was decorated in the spirit of Ashura, the month of mourning: 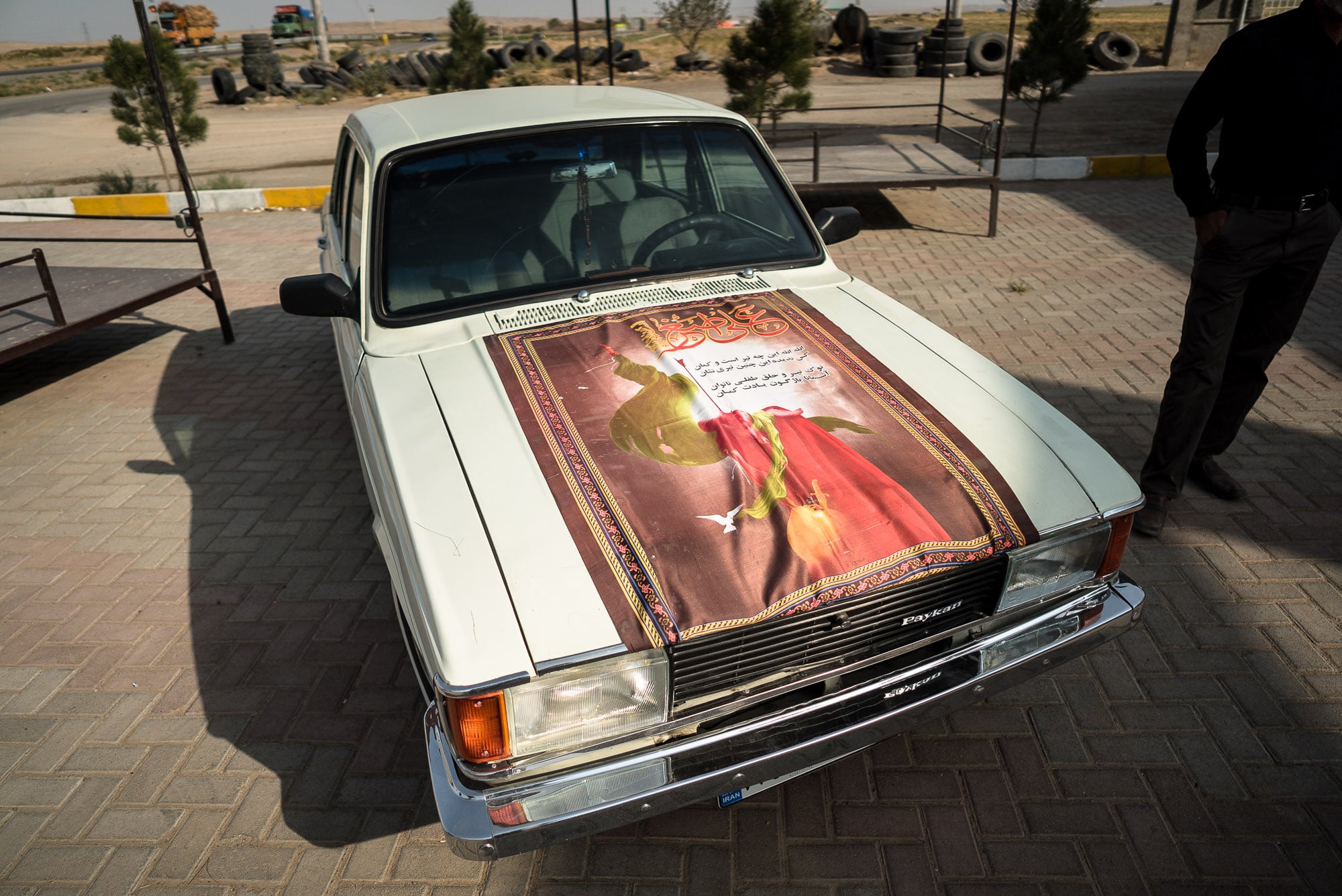 I came to a restaurant in the service area: 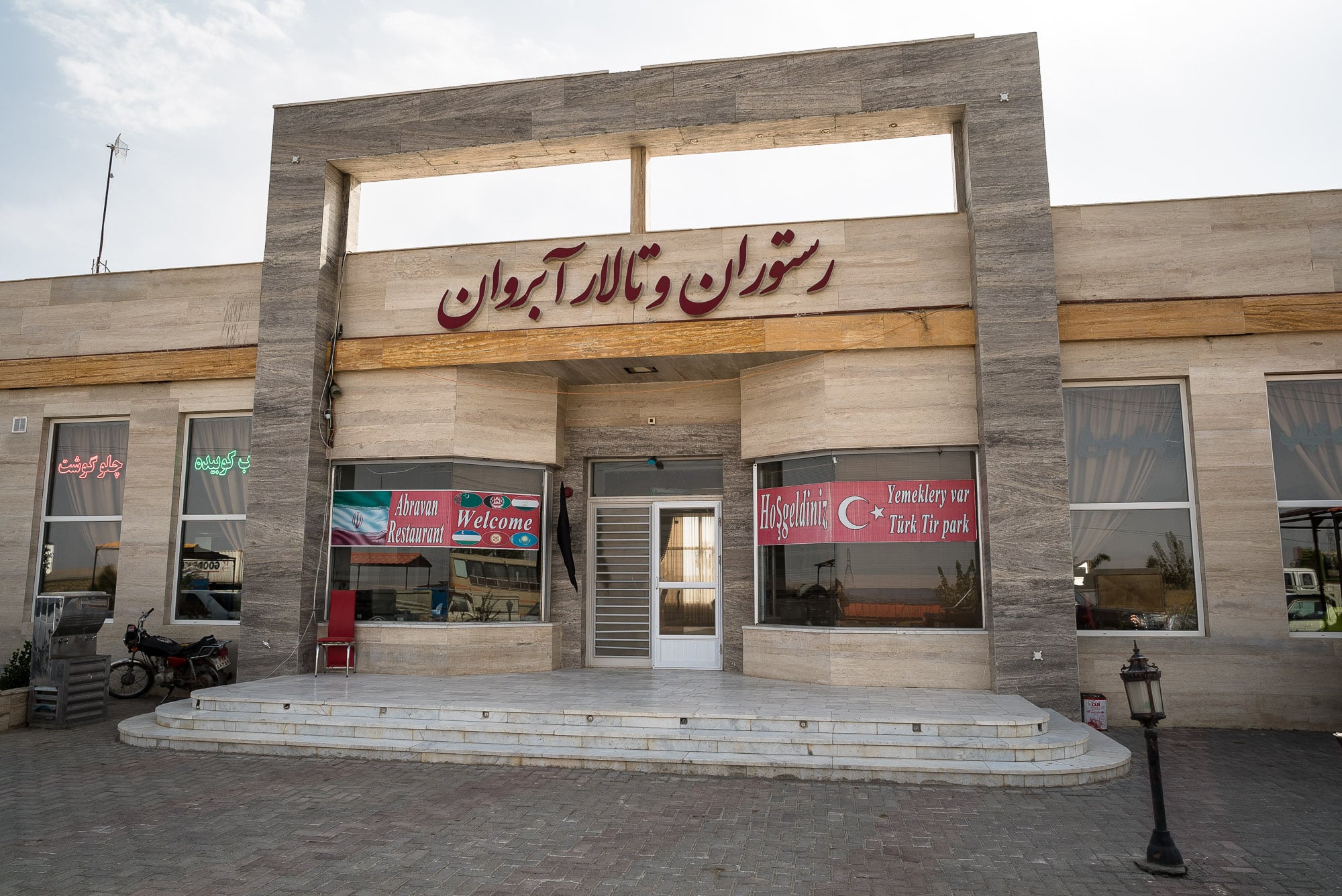 It seemed to cater mostly to Turkish truck drivers, I didn’t see any of them, though.

Ran into Mohsen and Hussein from Mashhad, and they invited me for lunch: 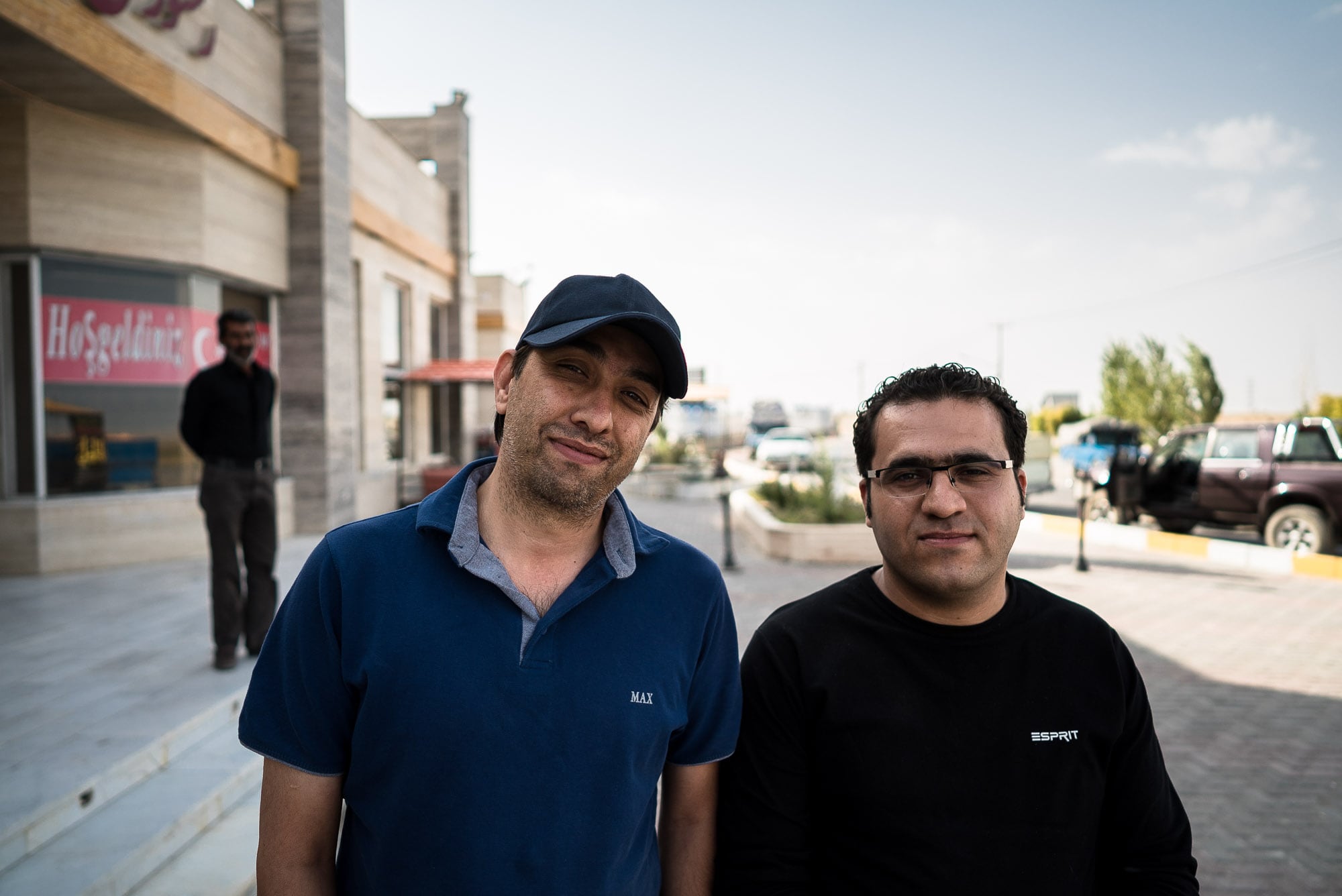 Then I walked some more, until I reached this melon stand: 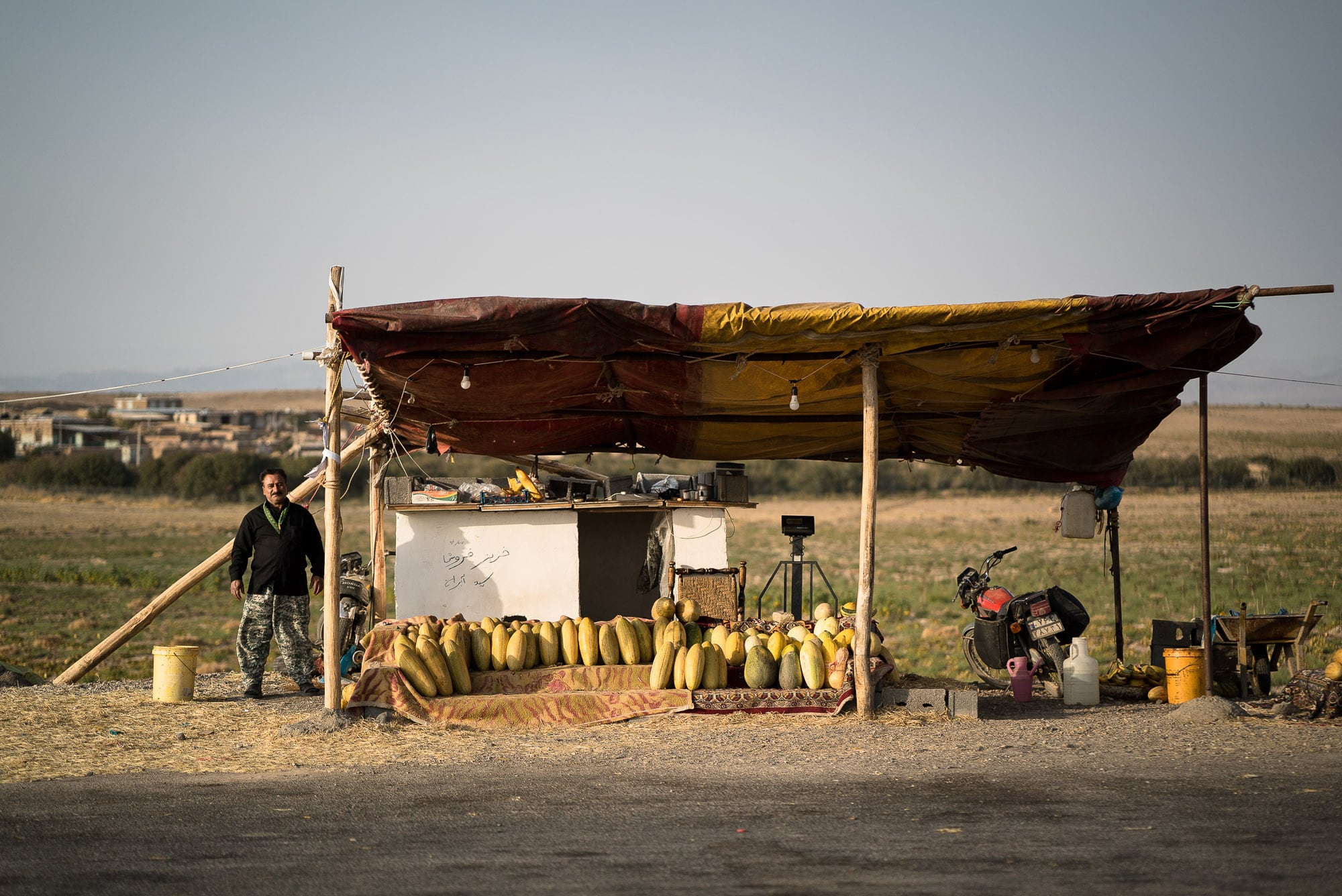 And behind the melon stand, there was the village of Abravan: 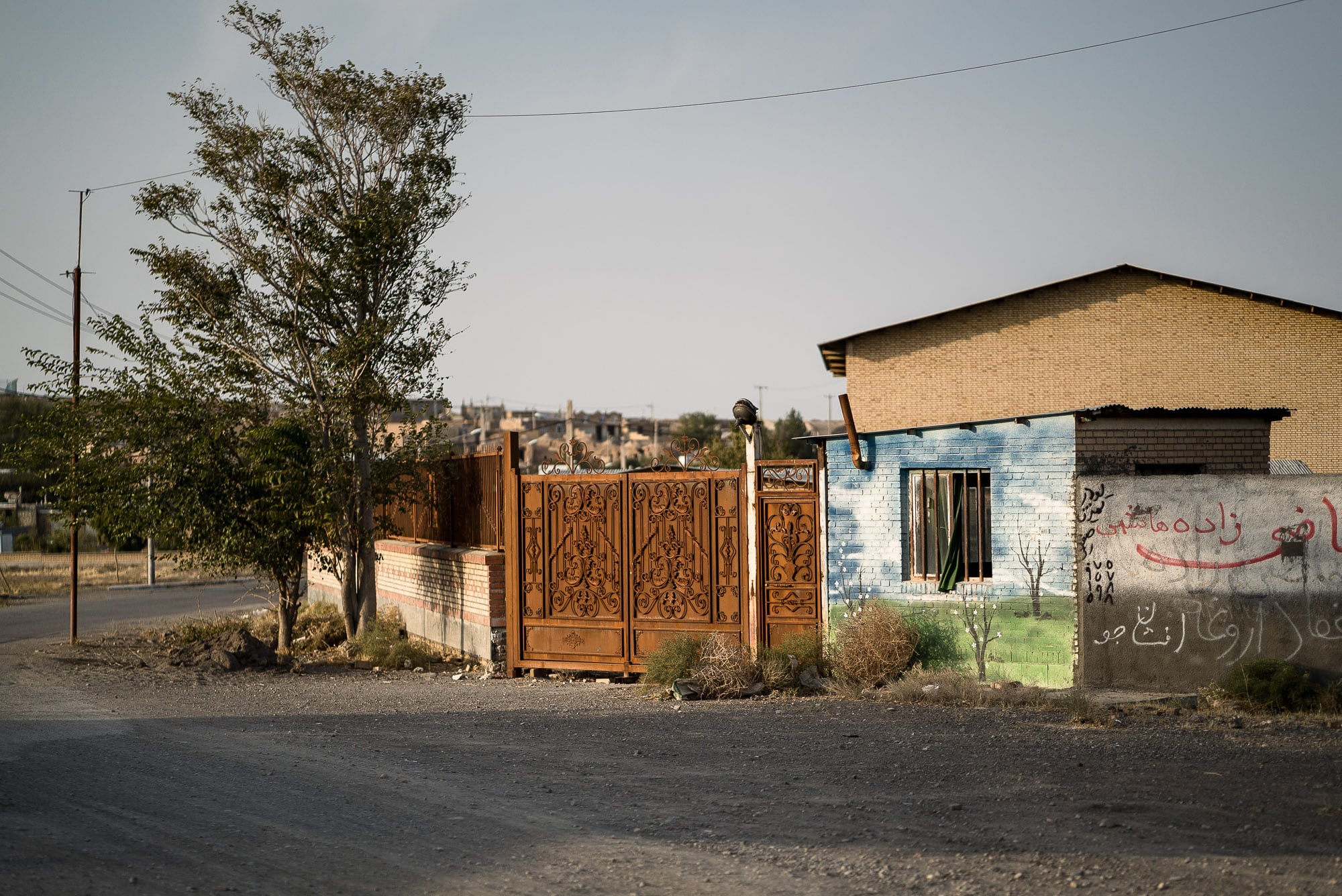 I went to the mosque to ask if there was a place to sleep anywhere: 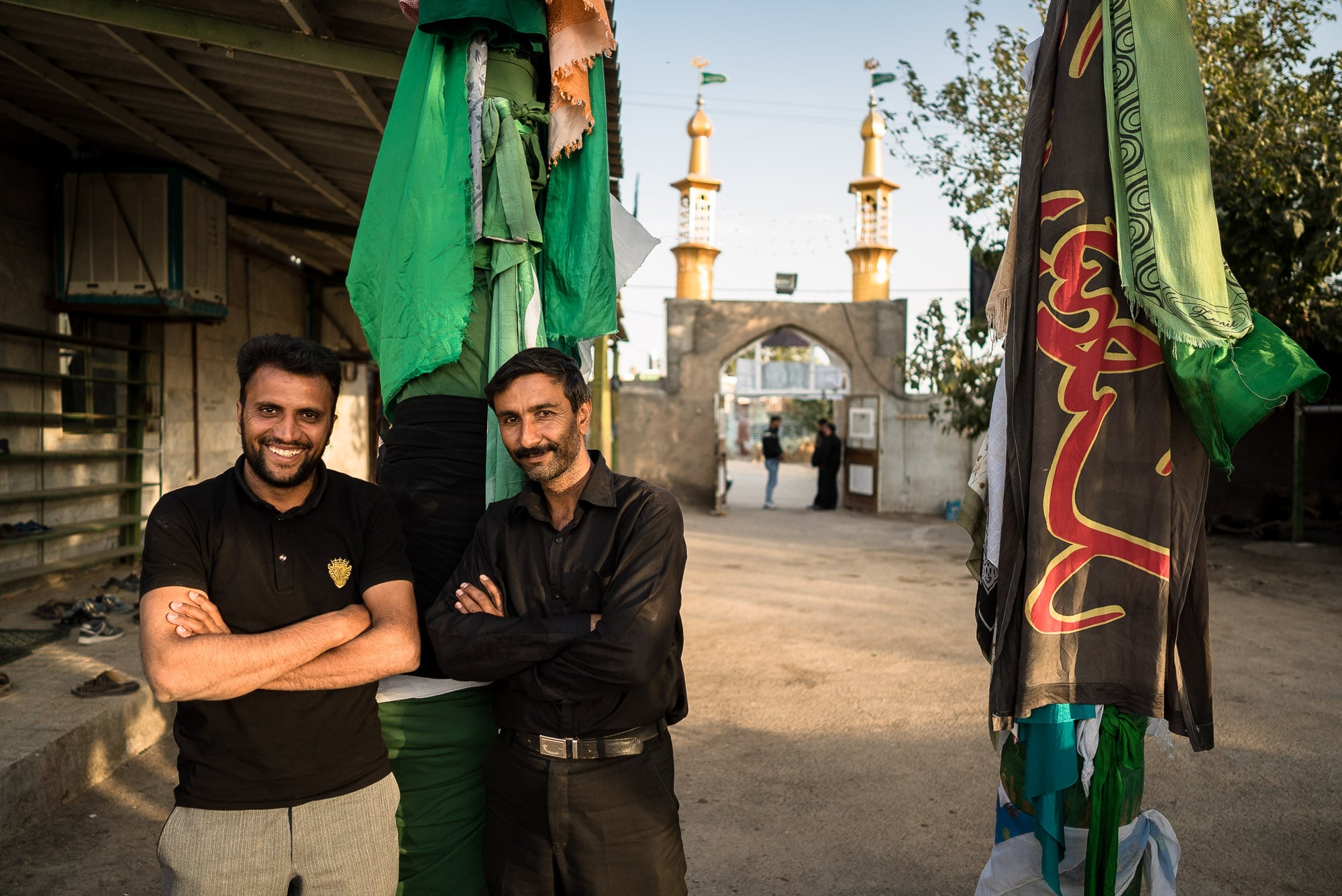 After a while some dudes asked me to follow them, and we walked past these presumably ancient structures: 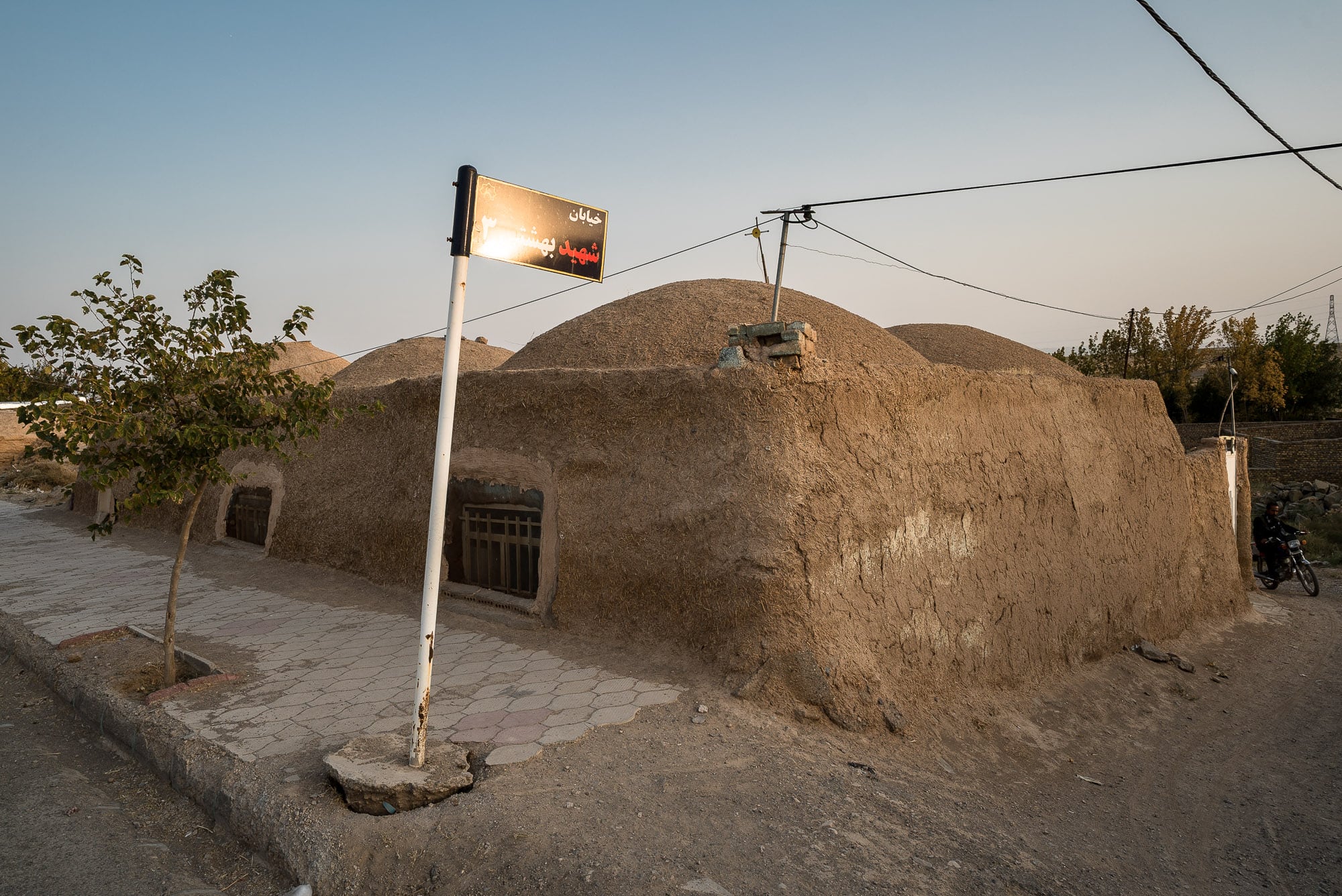 Until we got to their house.

They were Ali, his brother, and his nephews: 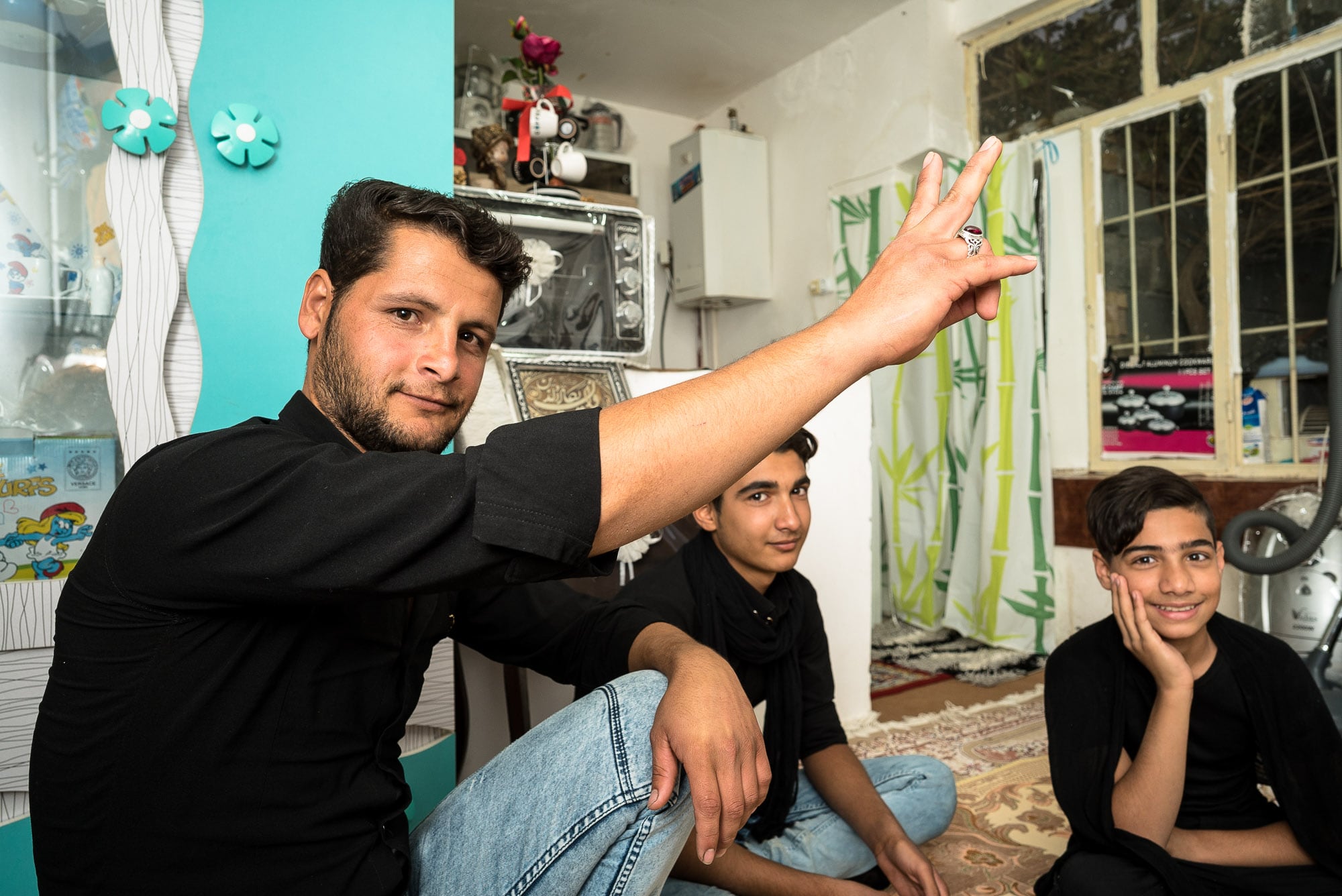 They gave me food: 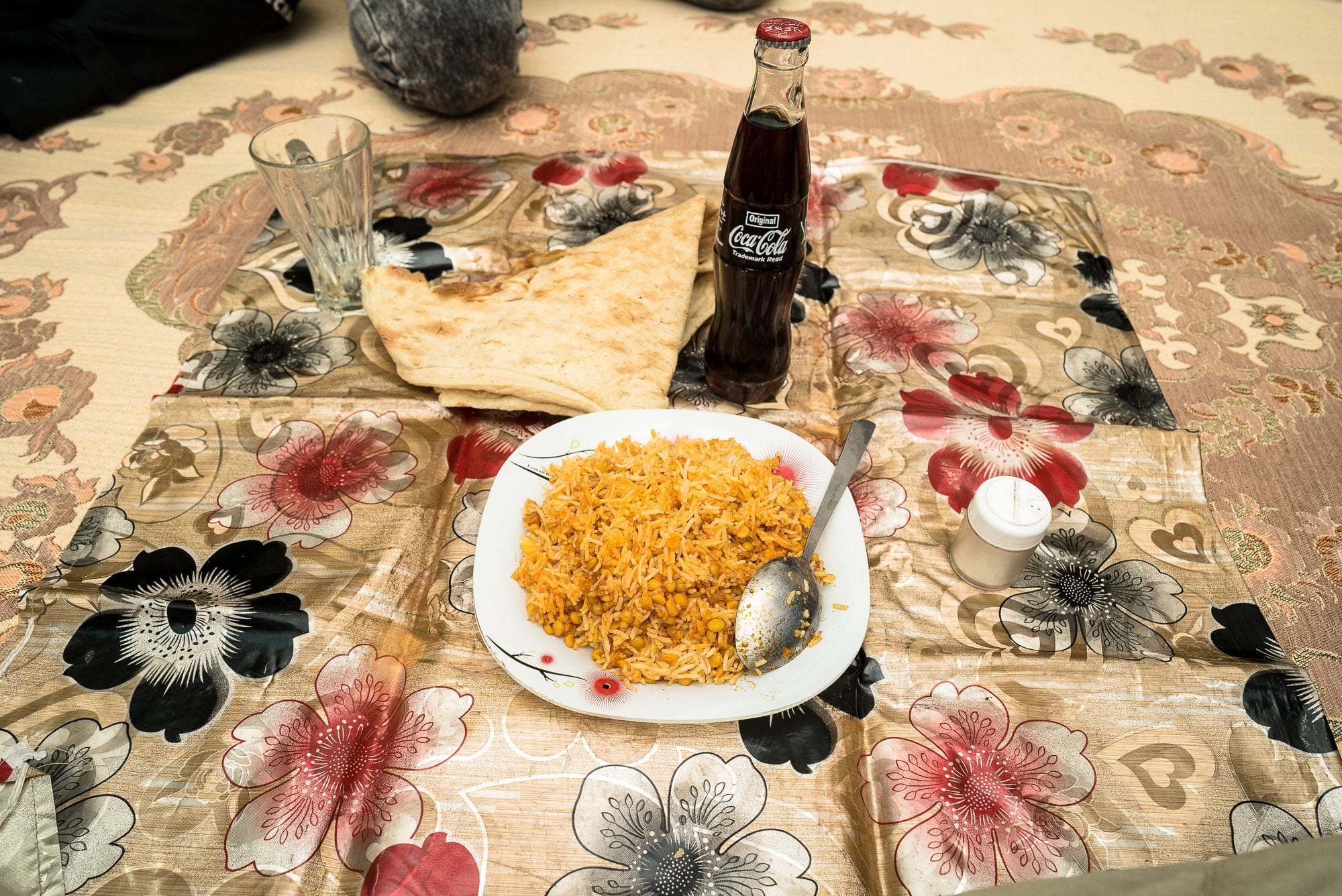 Then some other friends came over, and we had some melon: 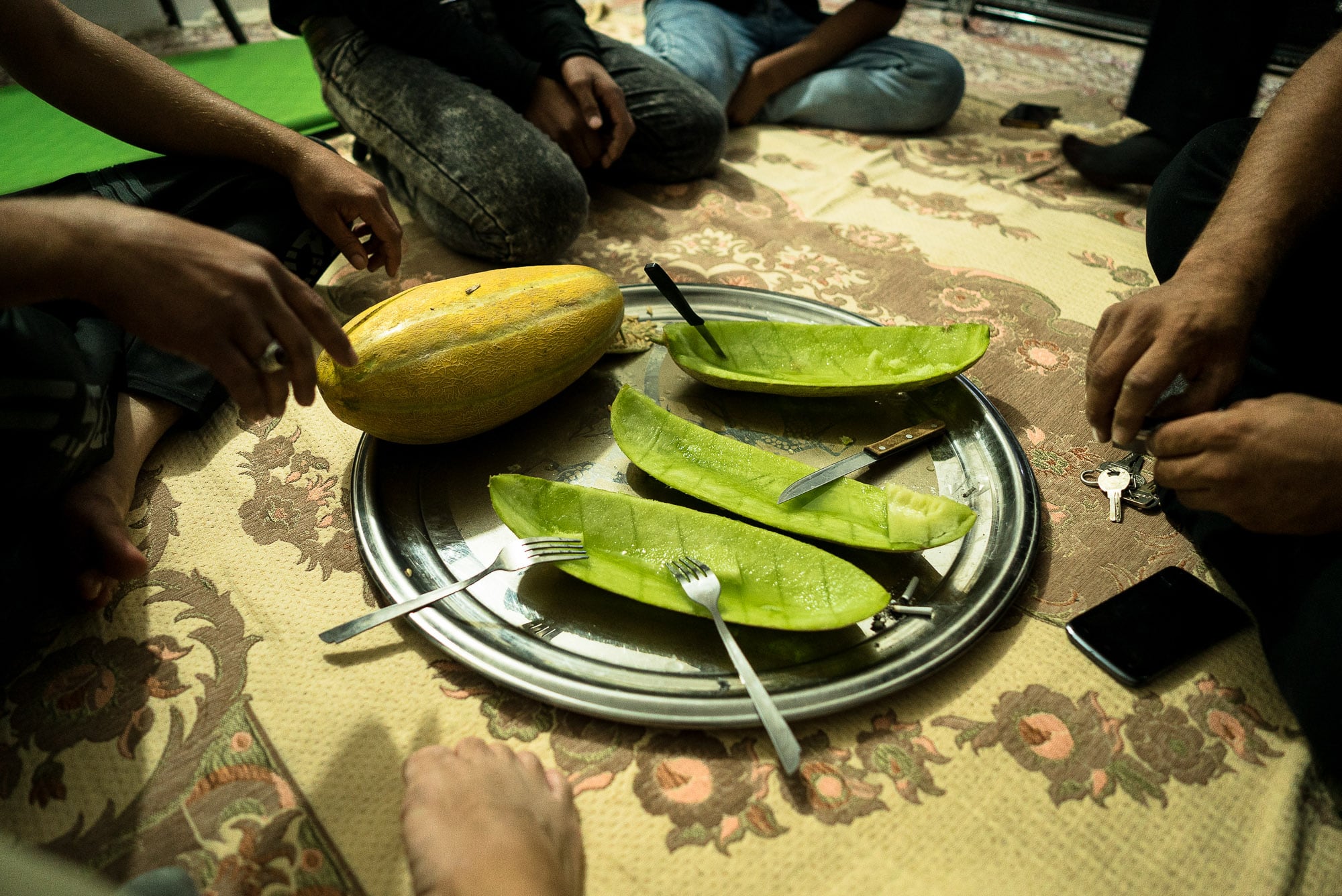 It was a good night, I guess. 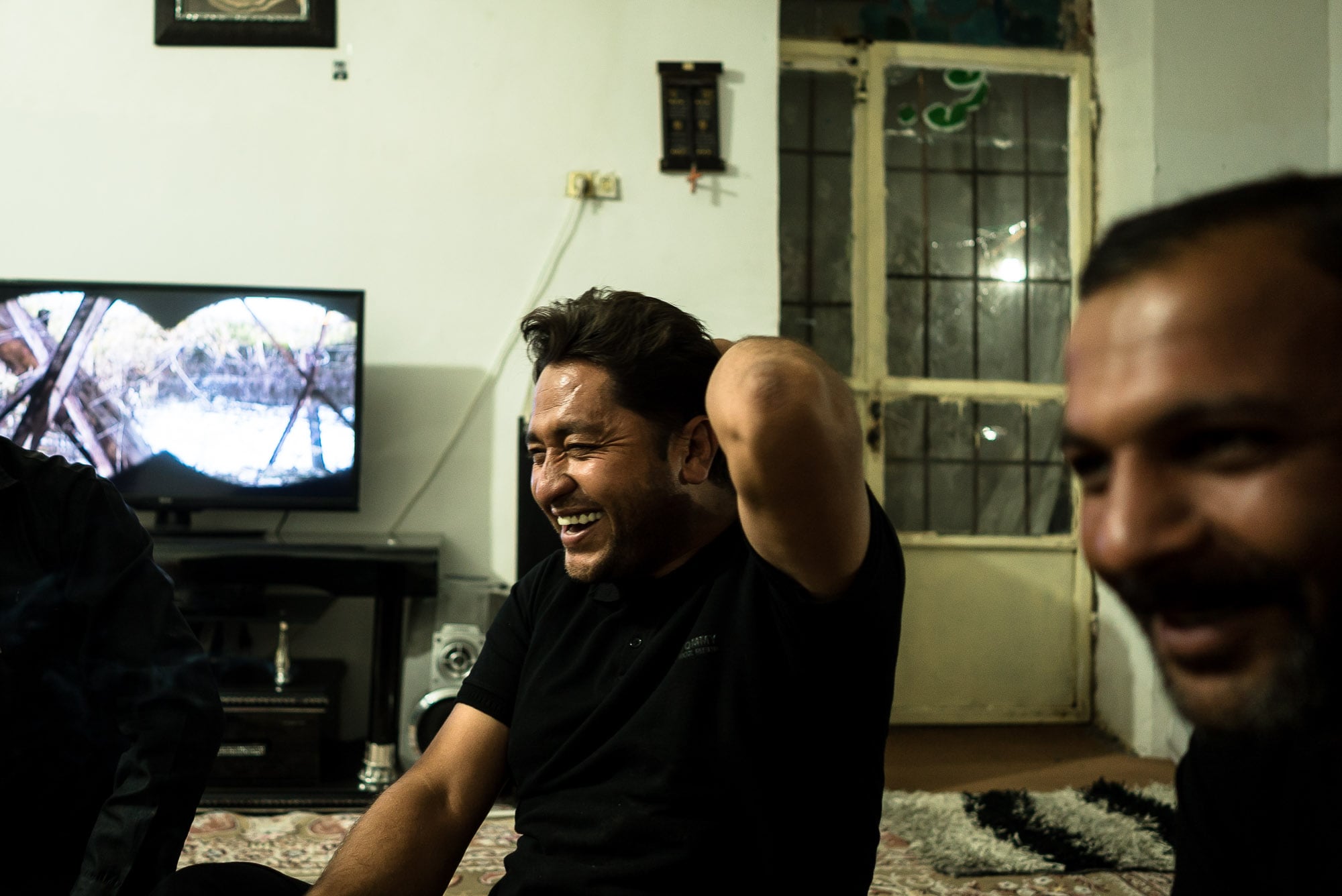 I mean, I didn’t understand anything they said. When we wanted to communicate, we used gestures, and sometimes the internet was fast enough to use Google Translate.

But there was much laughter.