When I left Ziadin in the morning, I saw a lot of people on the road: 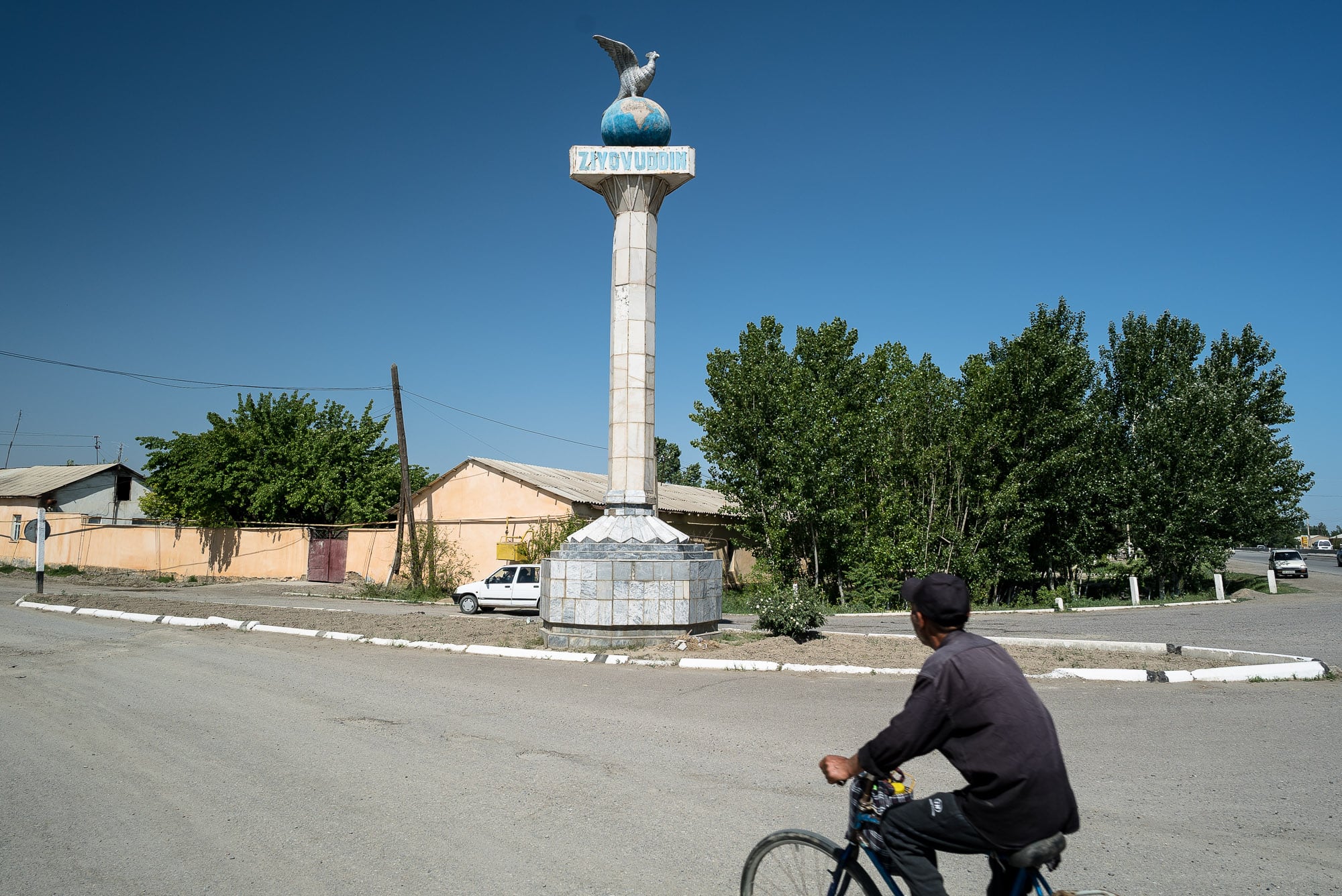 Most were waiting for rides: 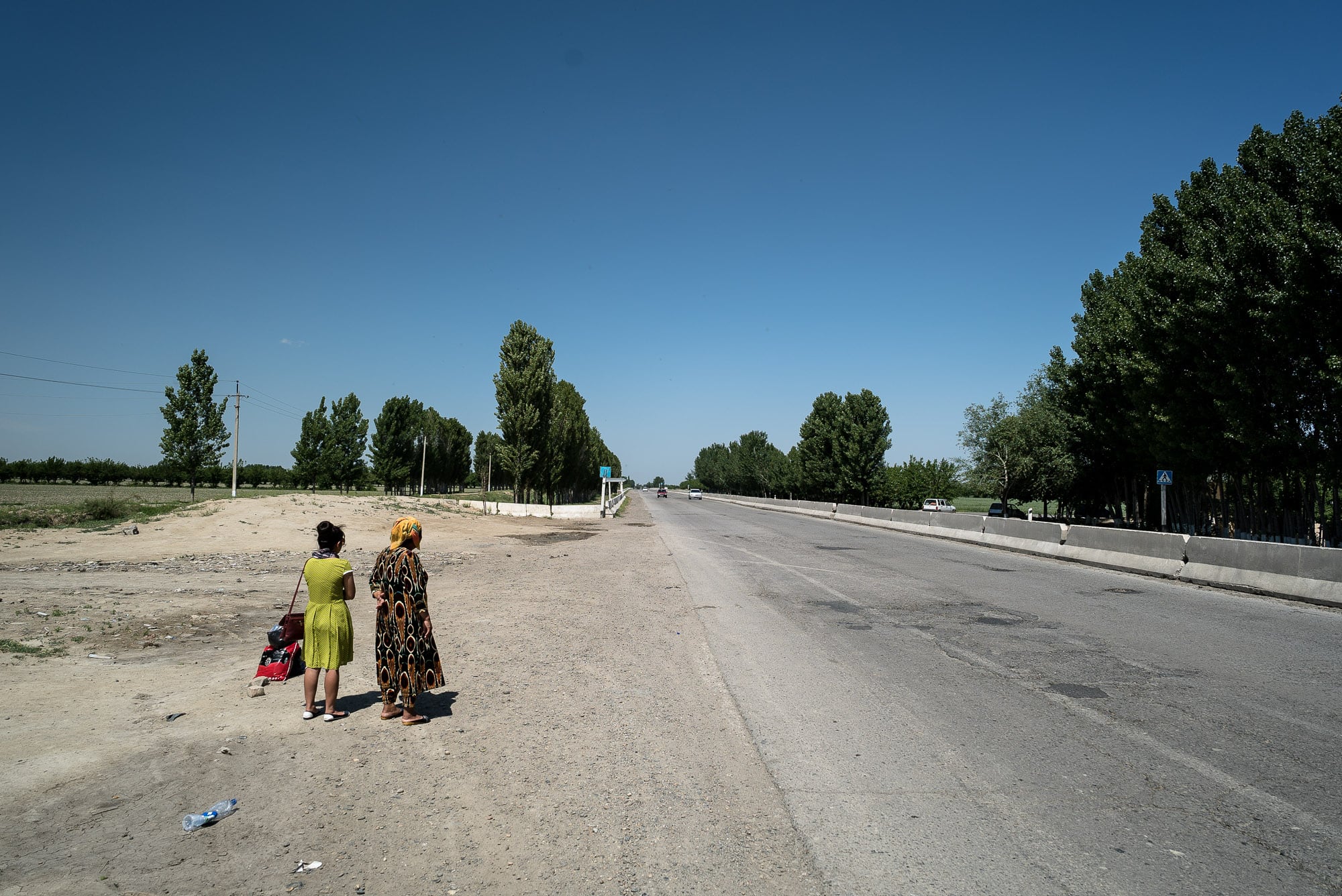 There were young women with parasols: 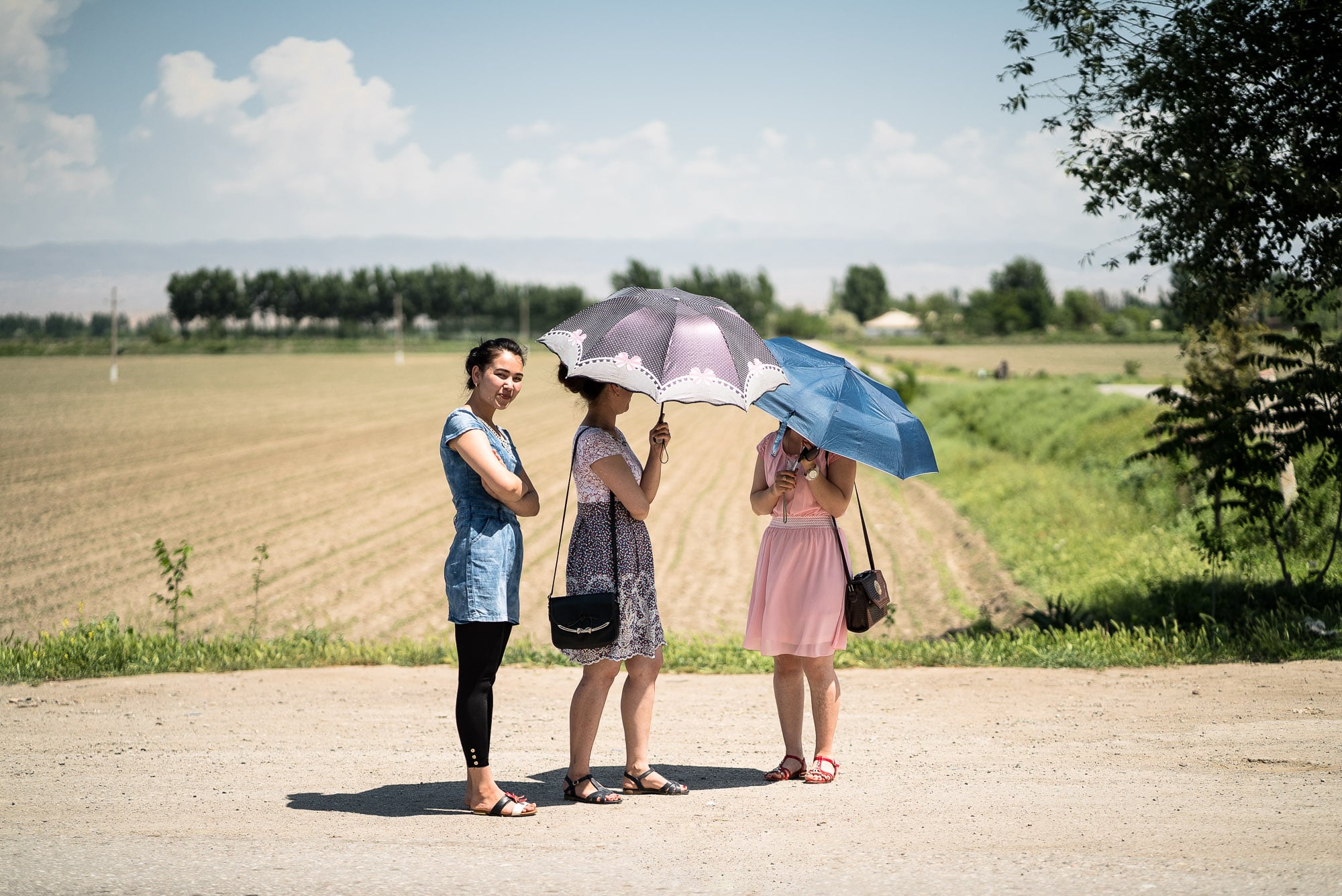 And old ladies in colorful outfits: 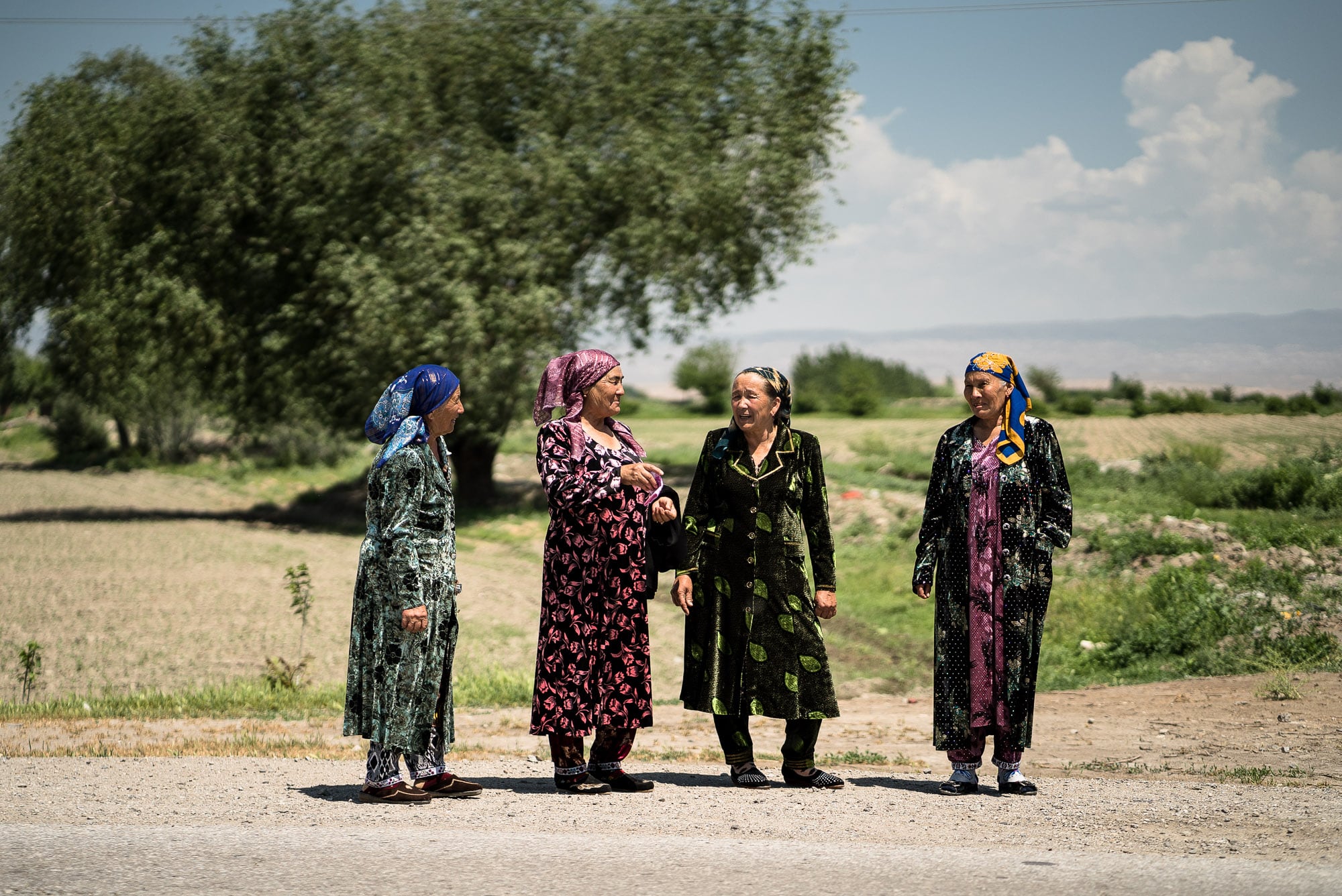 And there were European campers, a lot of them. Sometimes it was just motor home after motor home. Some of the drivers waved at me, though most didn’t even seem to take notice. Helga and Rainer from Düsseldorf decided to stop, though: 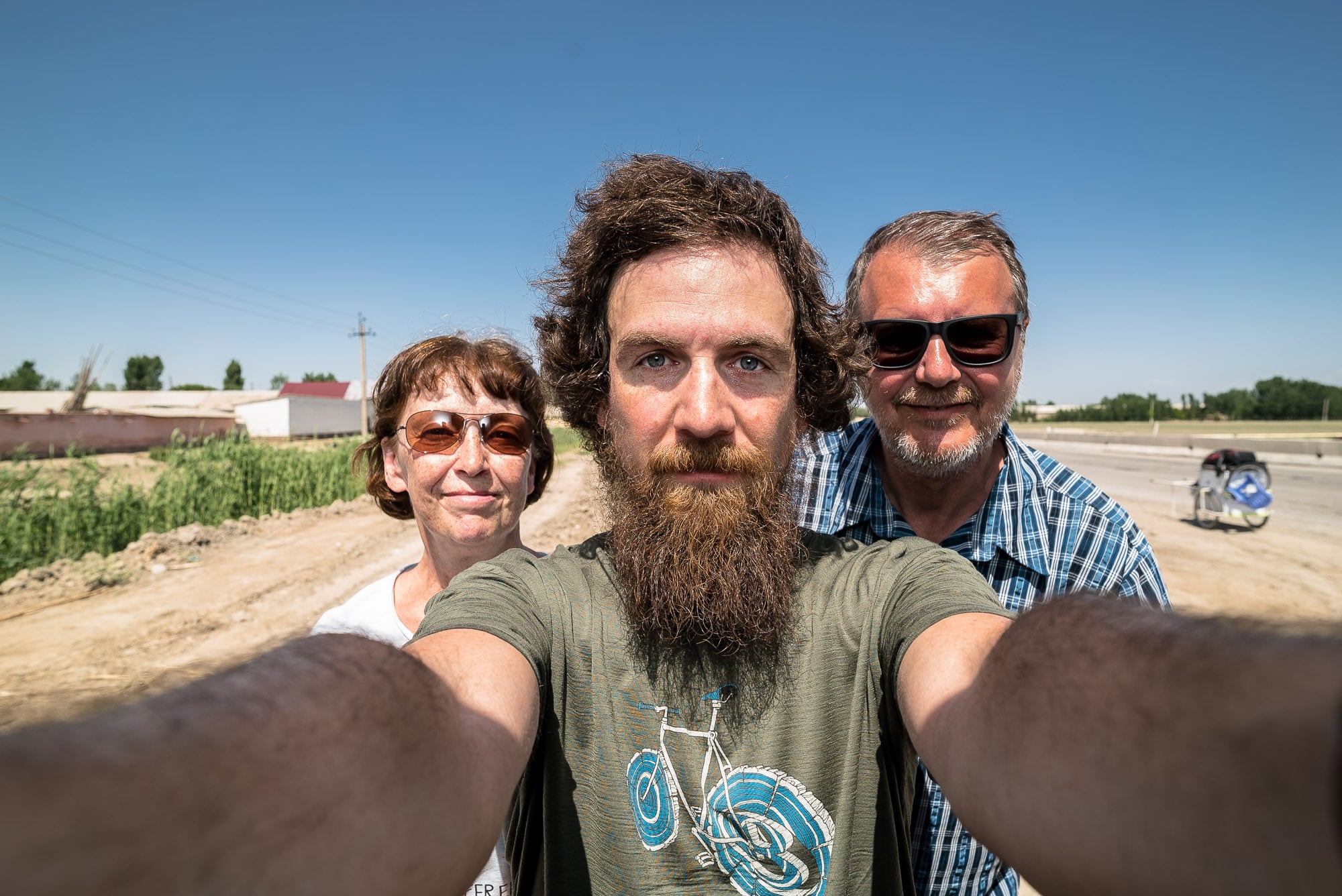 I was very jealous of the comfort of their camper, especially since I suspected them of having a refrigerator in there. Cold drinks goddammit!

You can hear me worrying about having to drink with a bunch of guys at the end of the video. And yes, they sent out a delegation of two men who smiled a lot and asked a lot of questions: 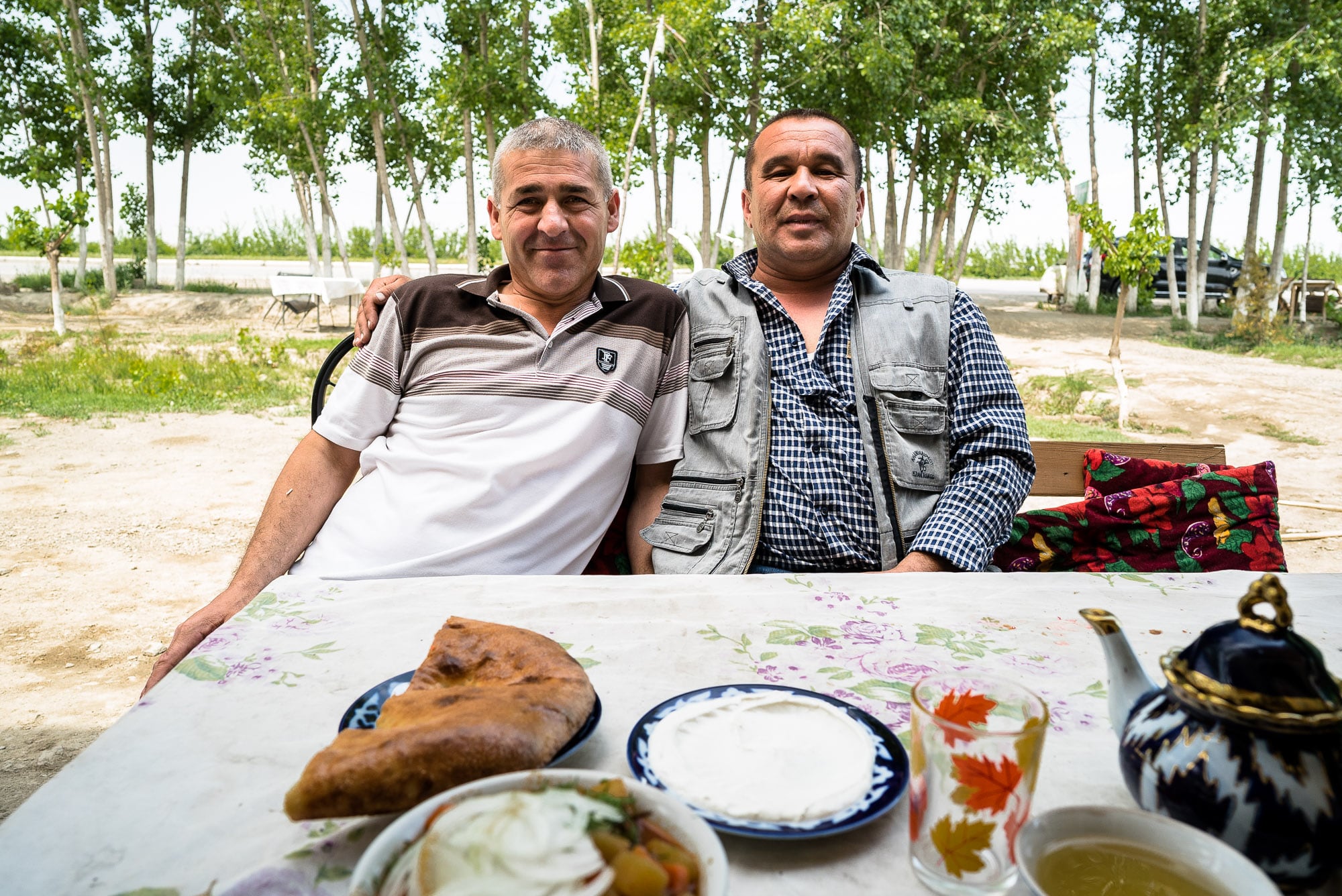 But no, I didn’t have to drink. Lucky me.

Sometimes there were bottles on the road, indicating that someone was selling fuel: 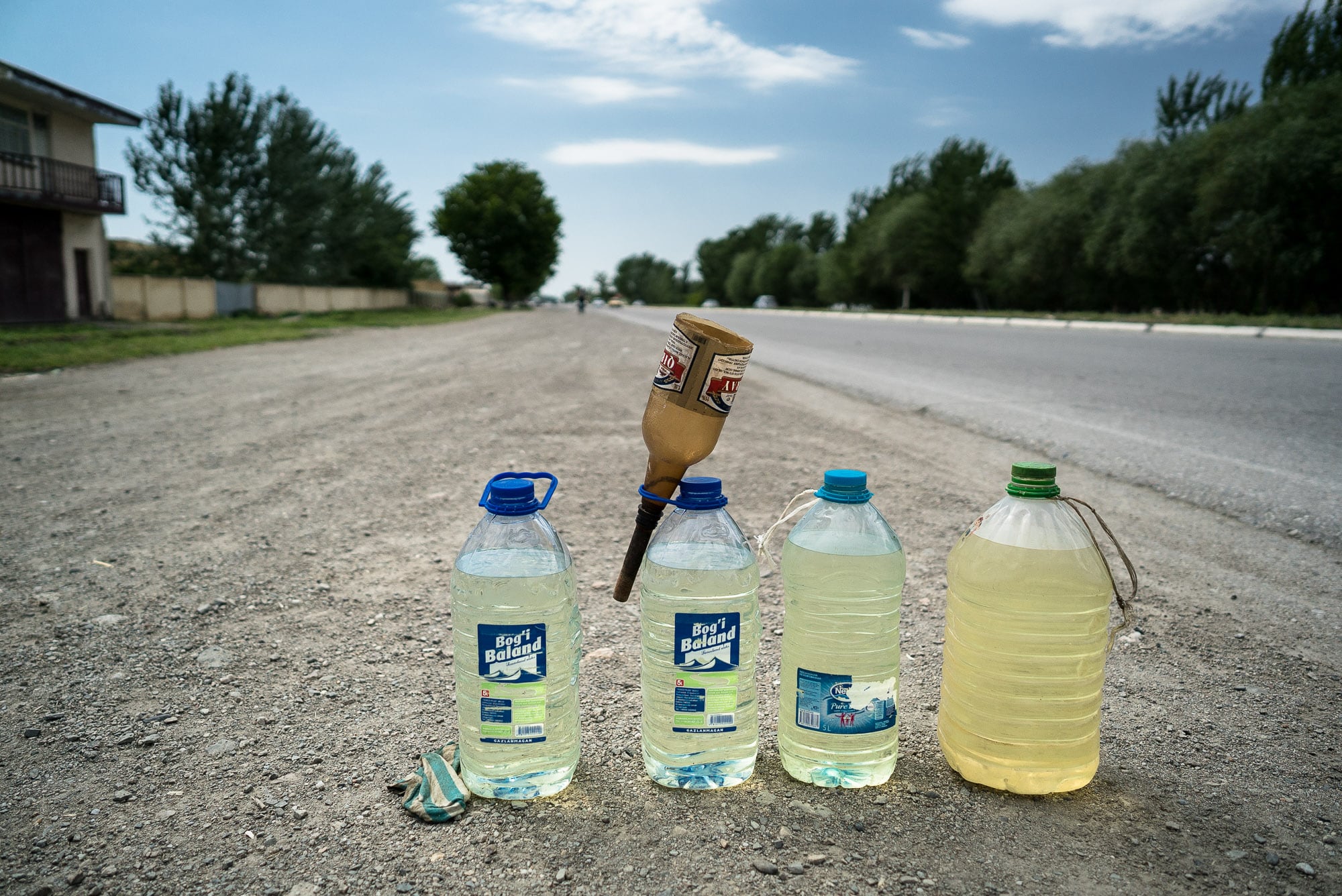 Though I guess not everybody needed fuel: 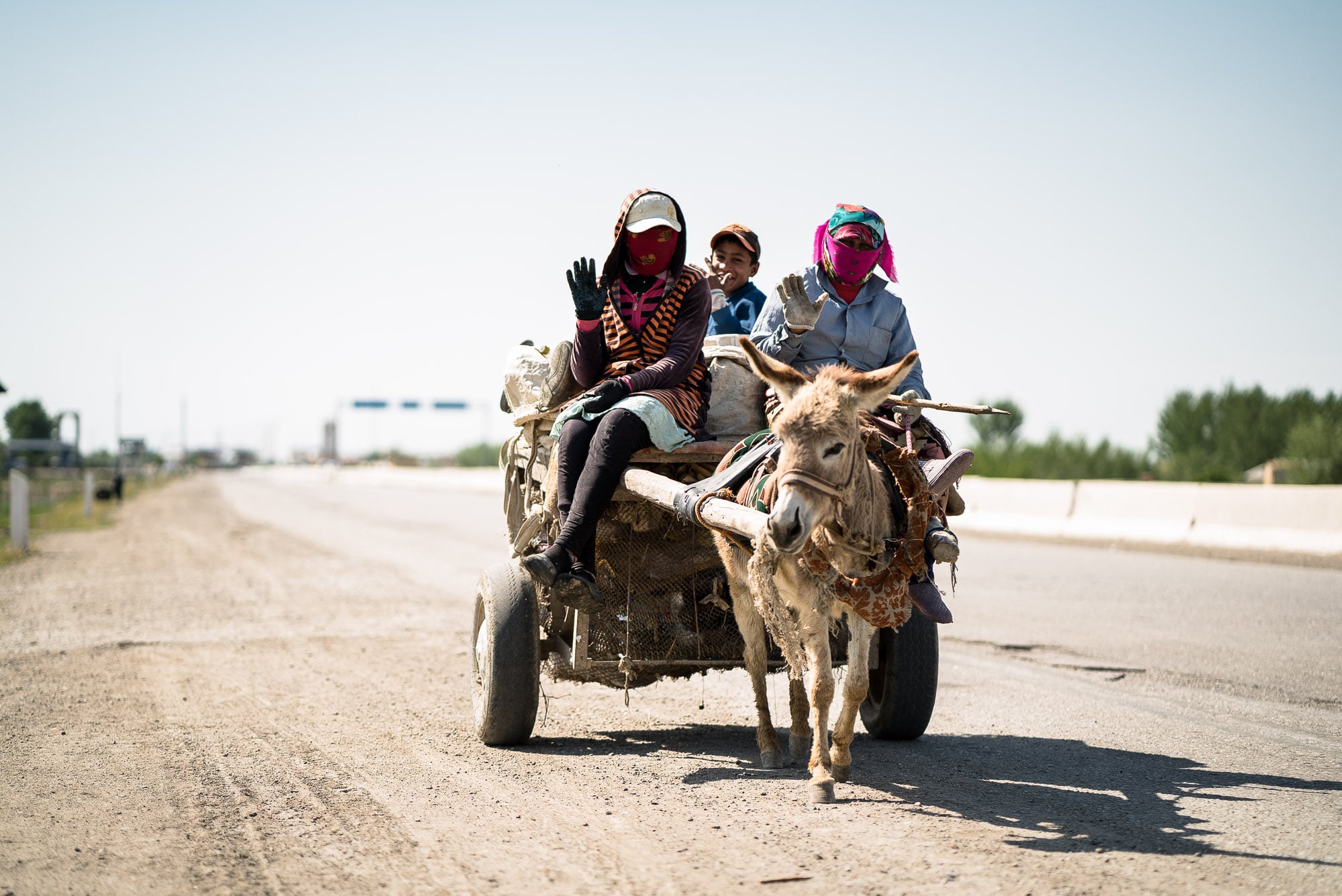 Maybe you’re wondering why these ladies are covering themselves completely, leaving only the eyes exposed? I don’t think that this is due to religious or moral reasons. Just like the young women with the parasols, these women don’t want to get tanned.

I saw a lot of people working the fields by hand: 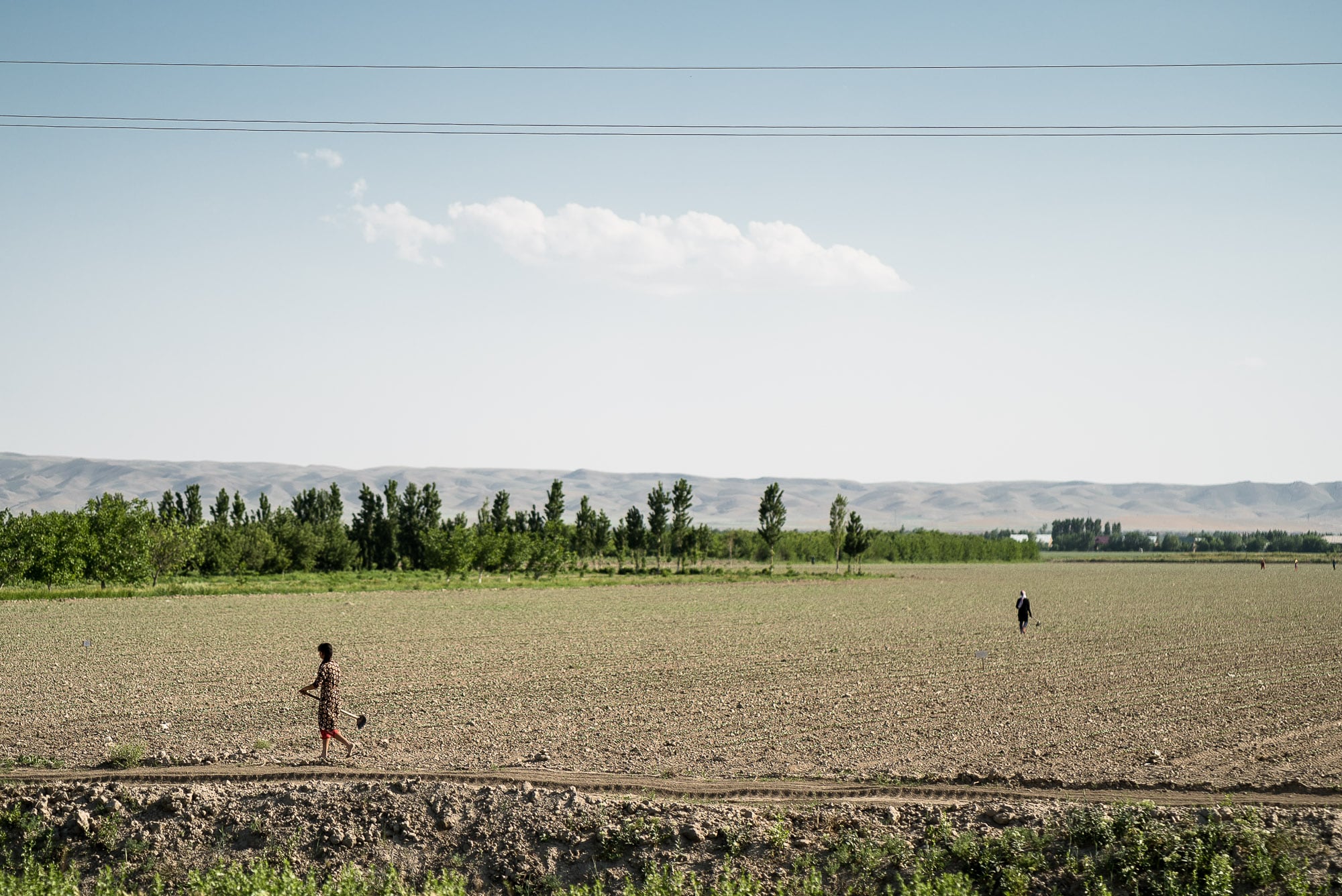 Of course this was nice for me to photograph, but I felt sorry for them for having to work like that in the heat.

And then I ran into this guy: 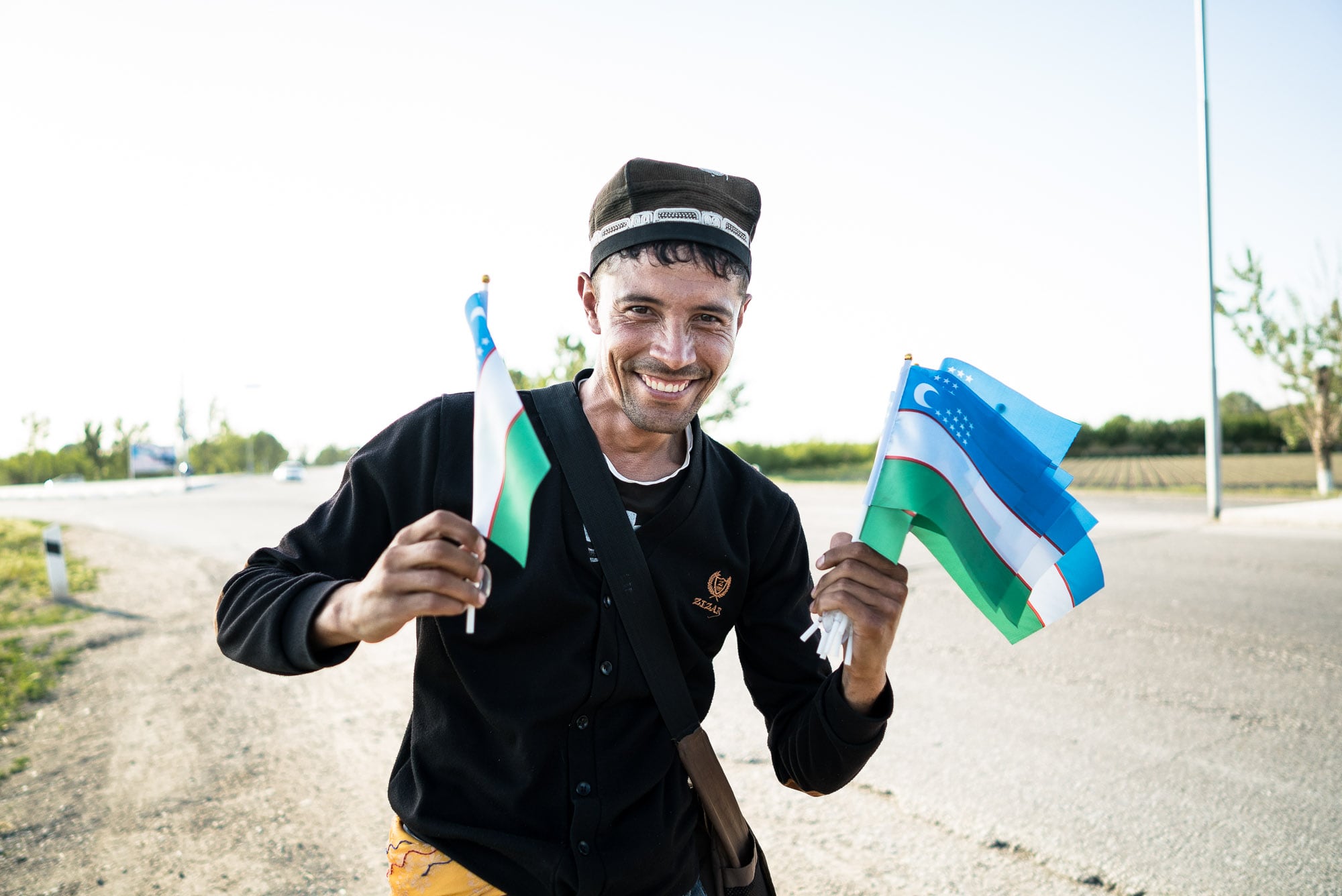 He didn’t speak much, he was just smiling and trying to sell some of his little flags. It was Victory Day, so people needed flags.

I entered the outskirts of Navoyi at around six thirty and got myself a bottle of ice cold water: 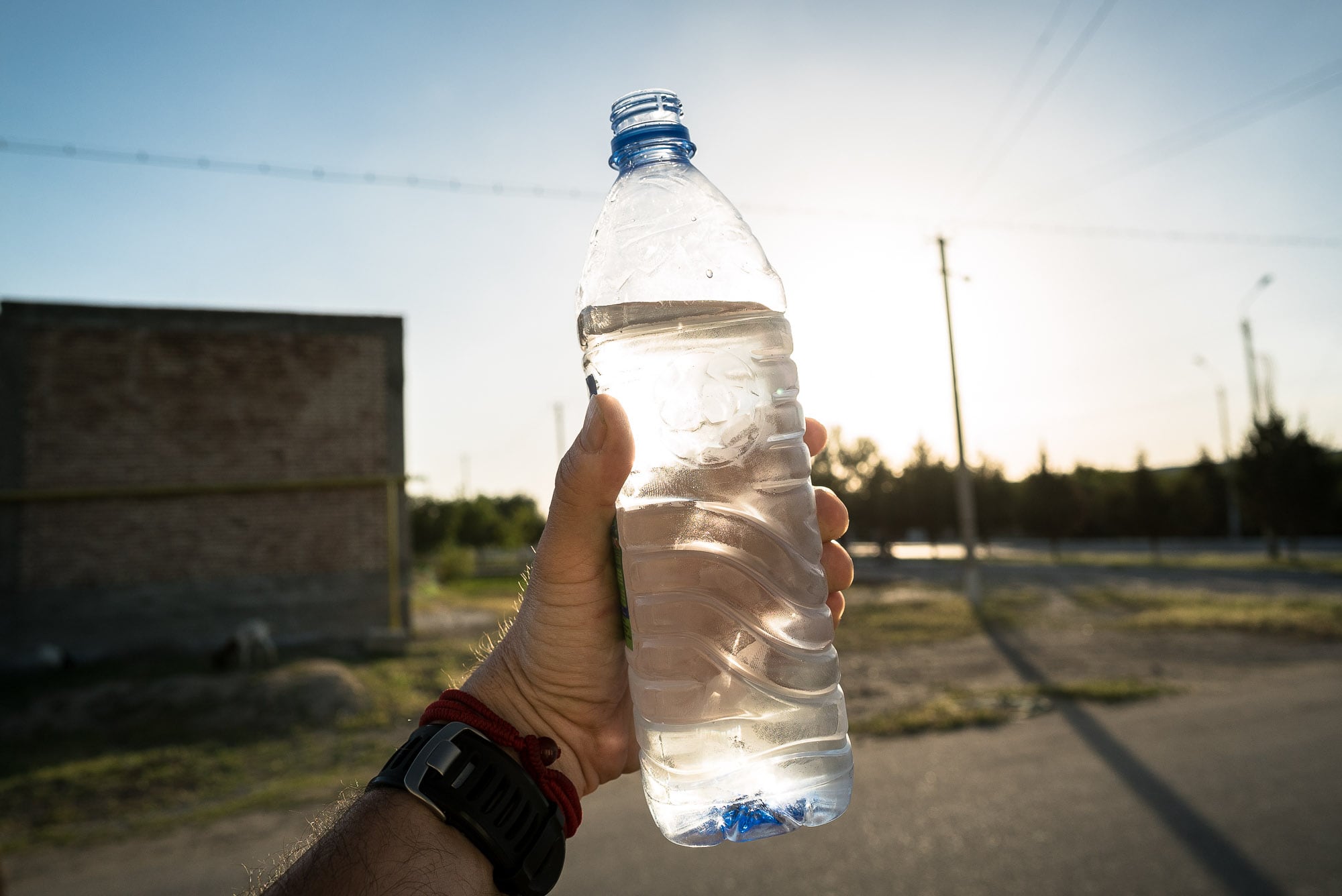 This guy sold it to me: 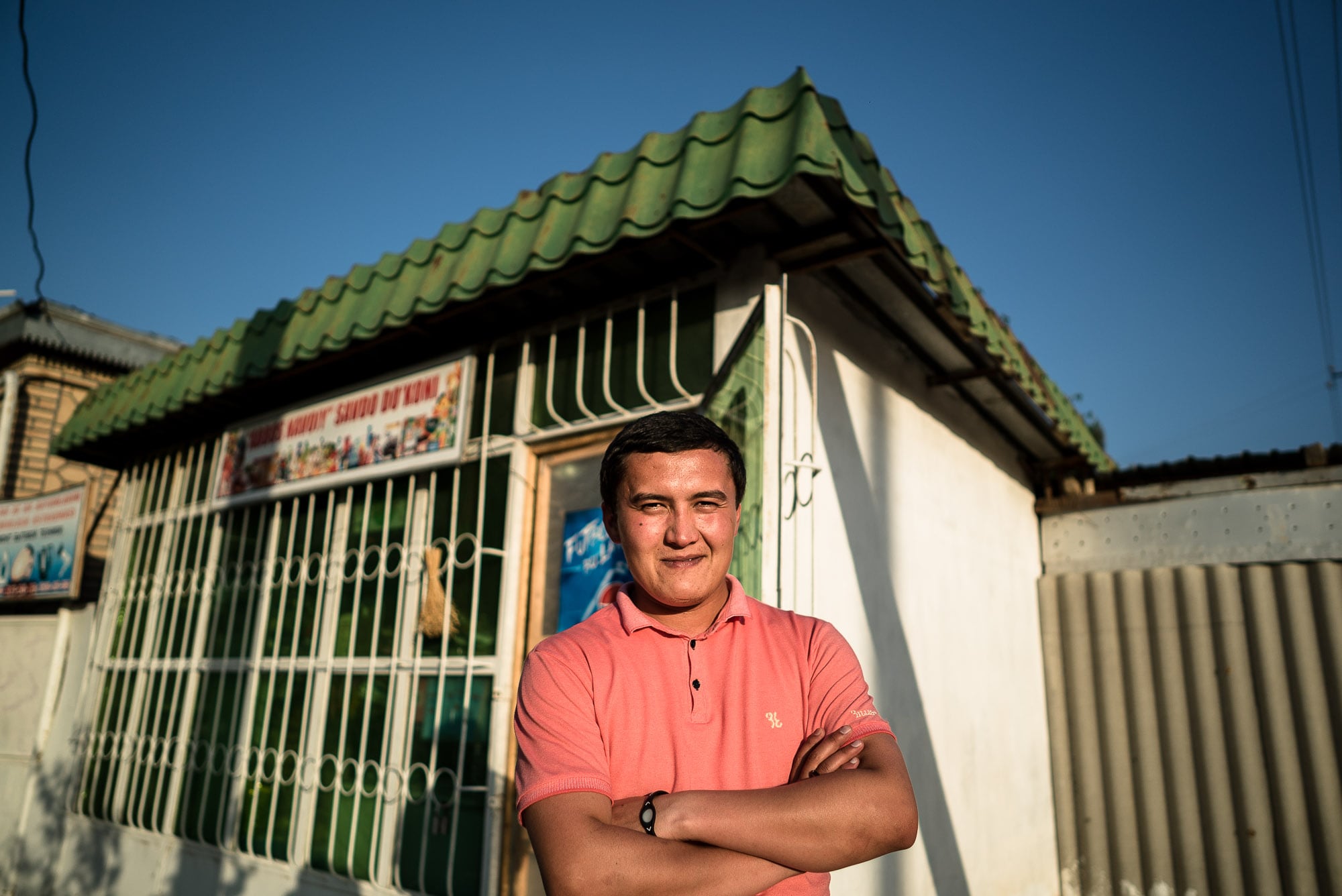 And he saw me down half of it right away.

I was very happy when I felt the town come alive around me:

And I felt at ease with the world when I was walking down the tree-lined sidewalks: 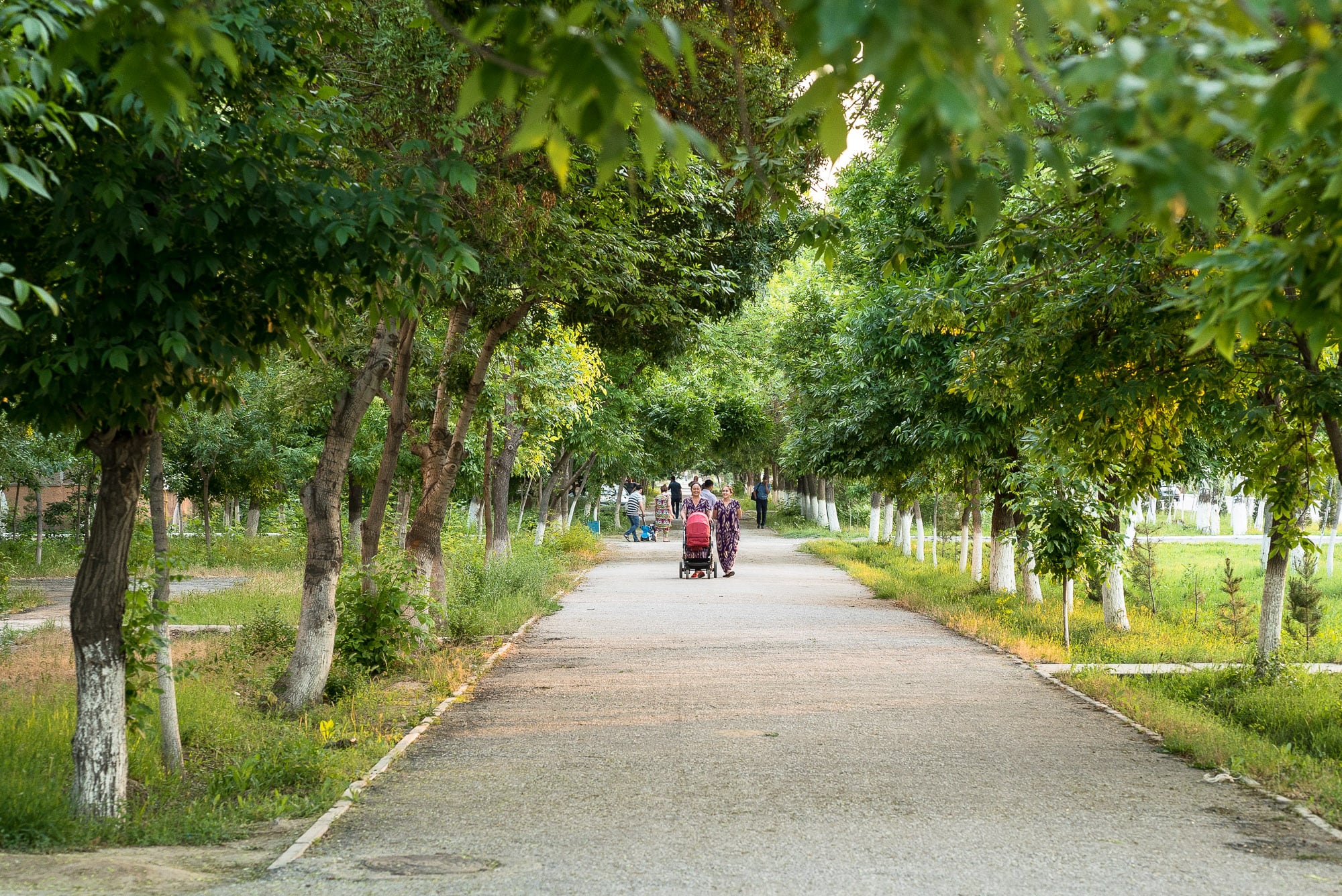 …when I saw the laundry in the windows: 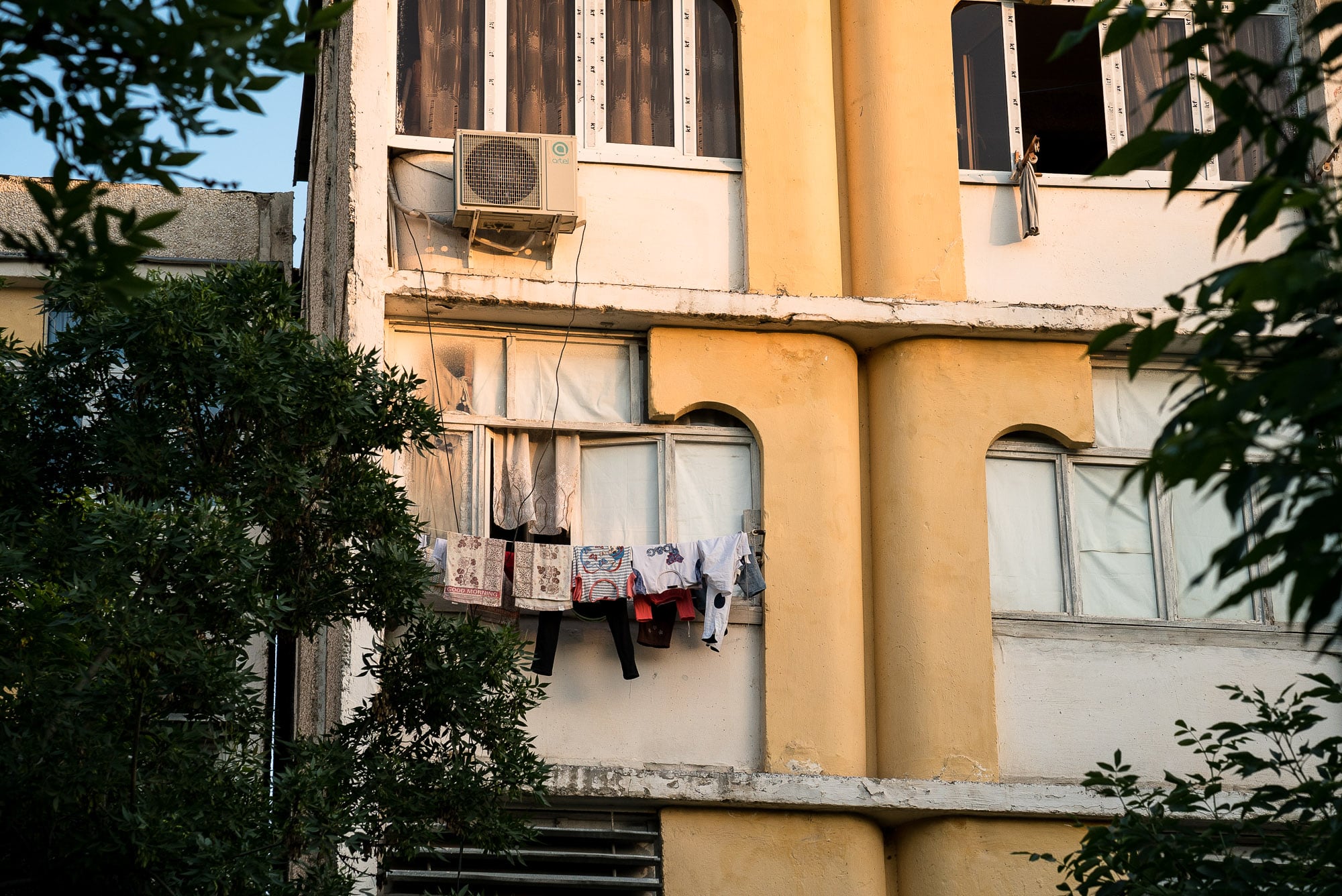 …when I saw kids having fun in a playground: 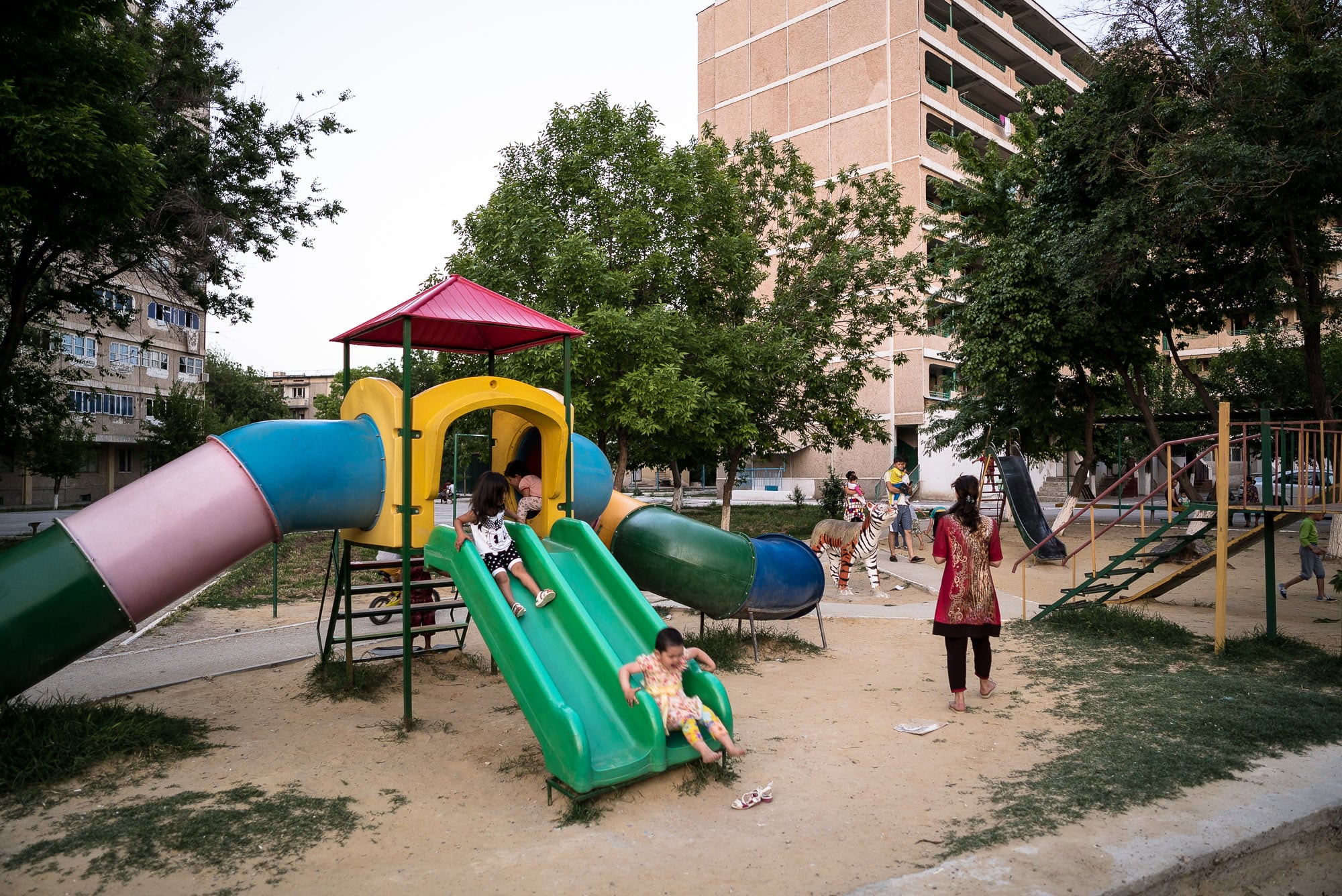 It was at this point that the police noticed me and started asking questions. 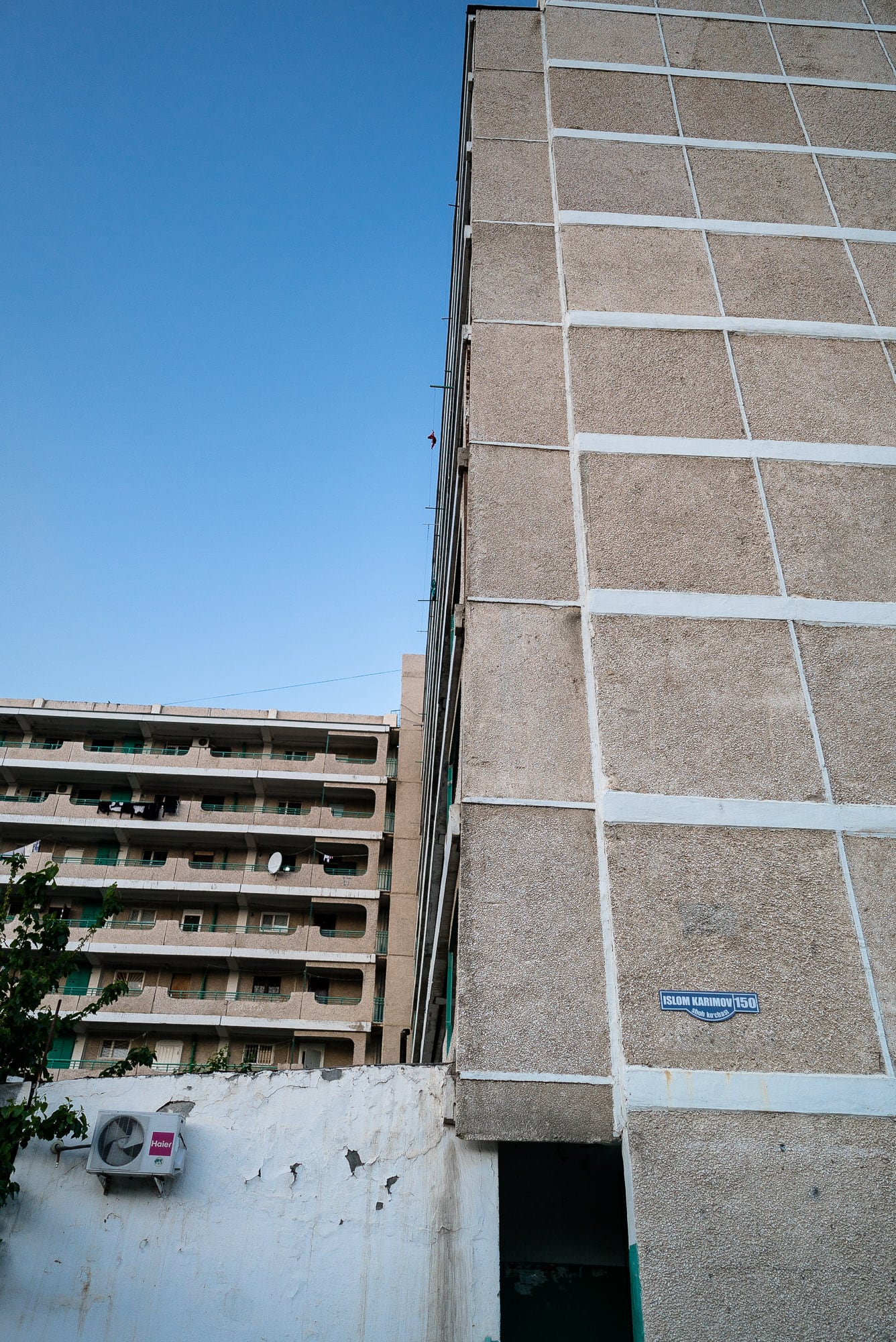 They told me to follow them down some back alleys to their office (which you can’t see in the picture because it’s illegal to photograph police stations): 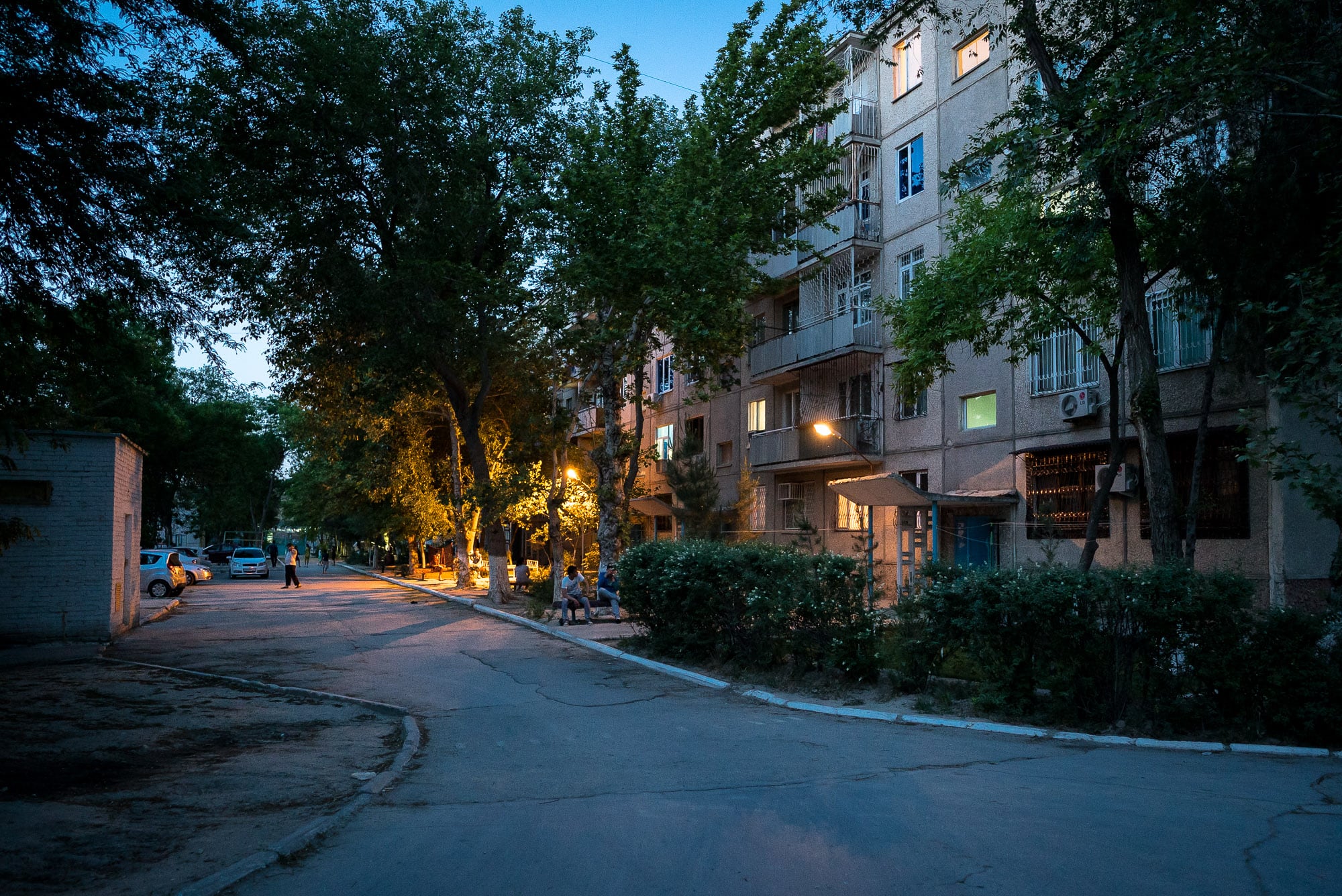 But it all turned out okay once they realized that I was a harmless fool.

And I ended up not having a sunburn:

Day 740
from Ziadin to Navoiy