So I went back to the road, tripod or not.

It took a while to get back to Mirbazar, after all it was more than 100km from Samarkand. I took a cab, and on the way there I slept. When I looked out the window once, I saw rain outside. And then I was in Mirbazar, and the rain was gone. The Caboose had been waiting for me. Firuza wasn’t home, but her husband Misha was there, and a few of the kids were, too.

We took some photos, some of which… 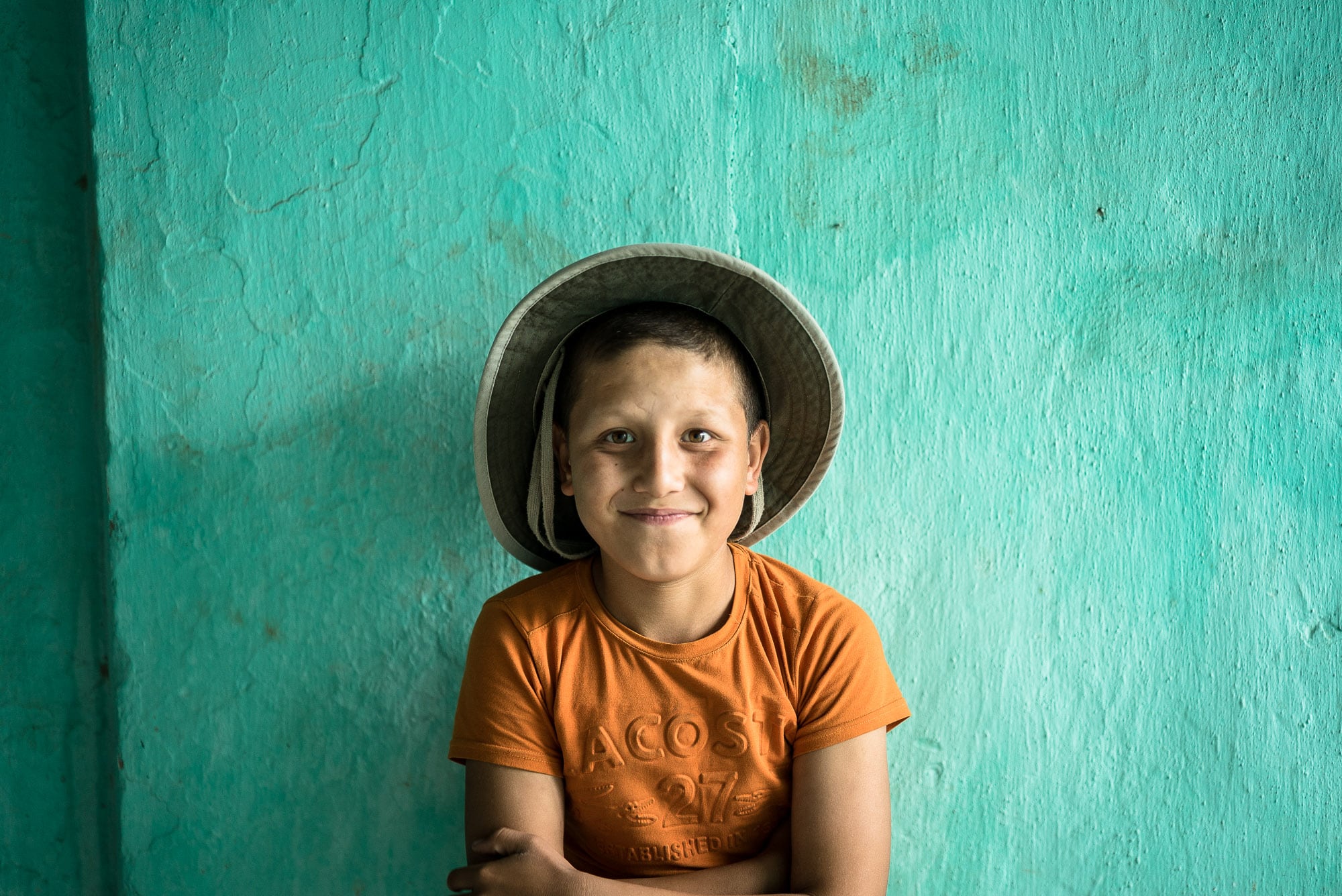 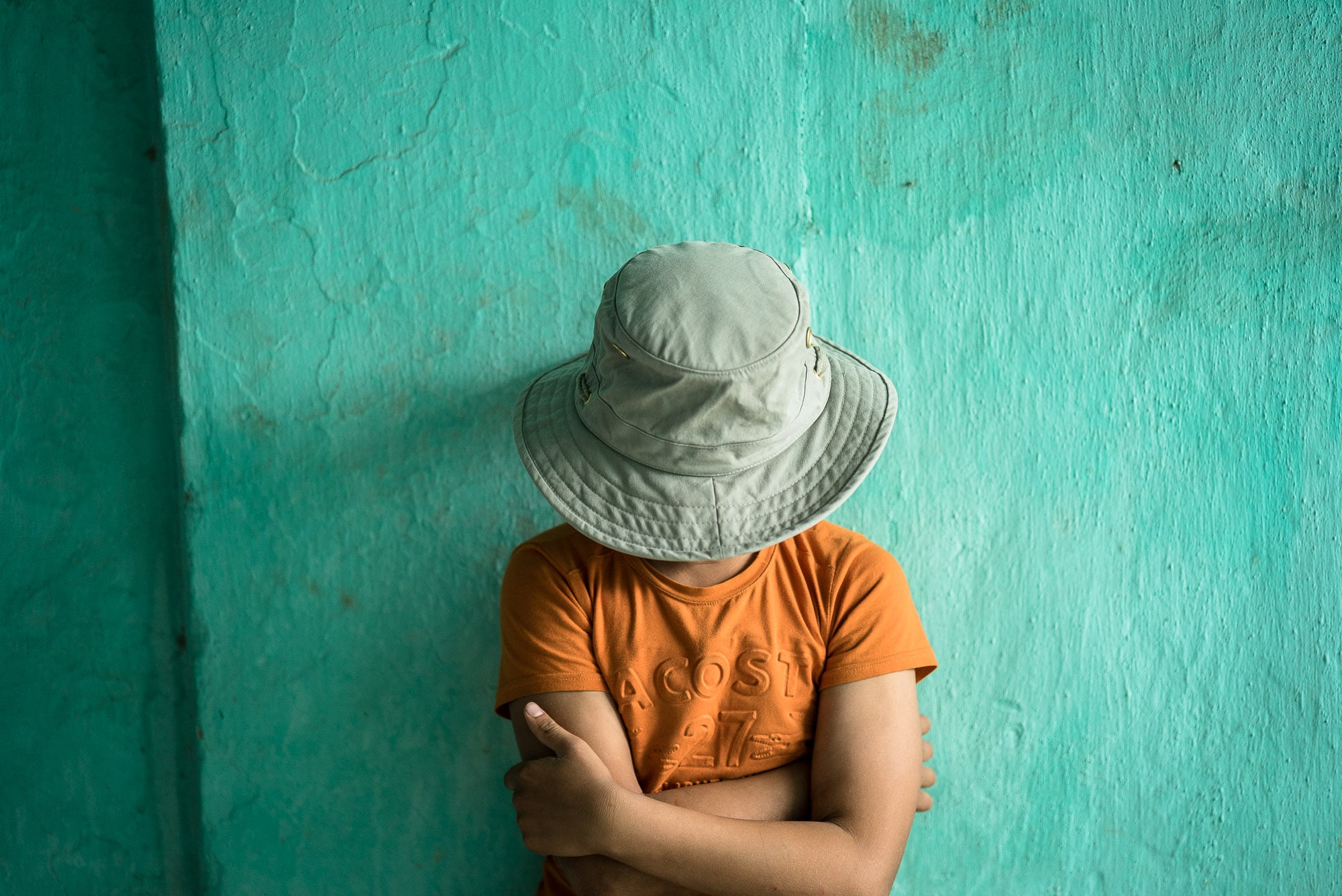 And some of which… 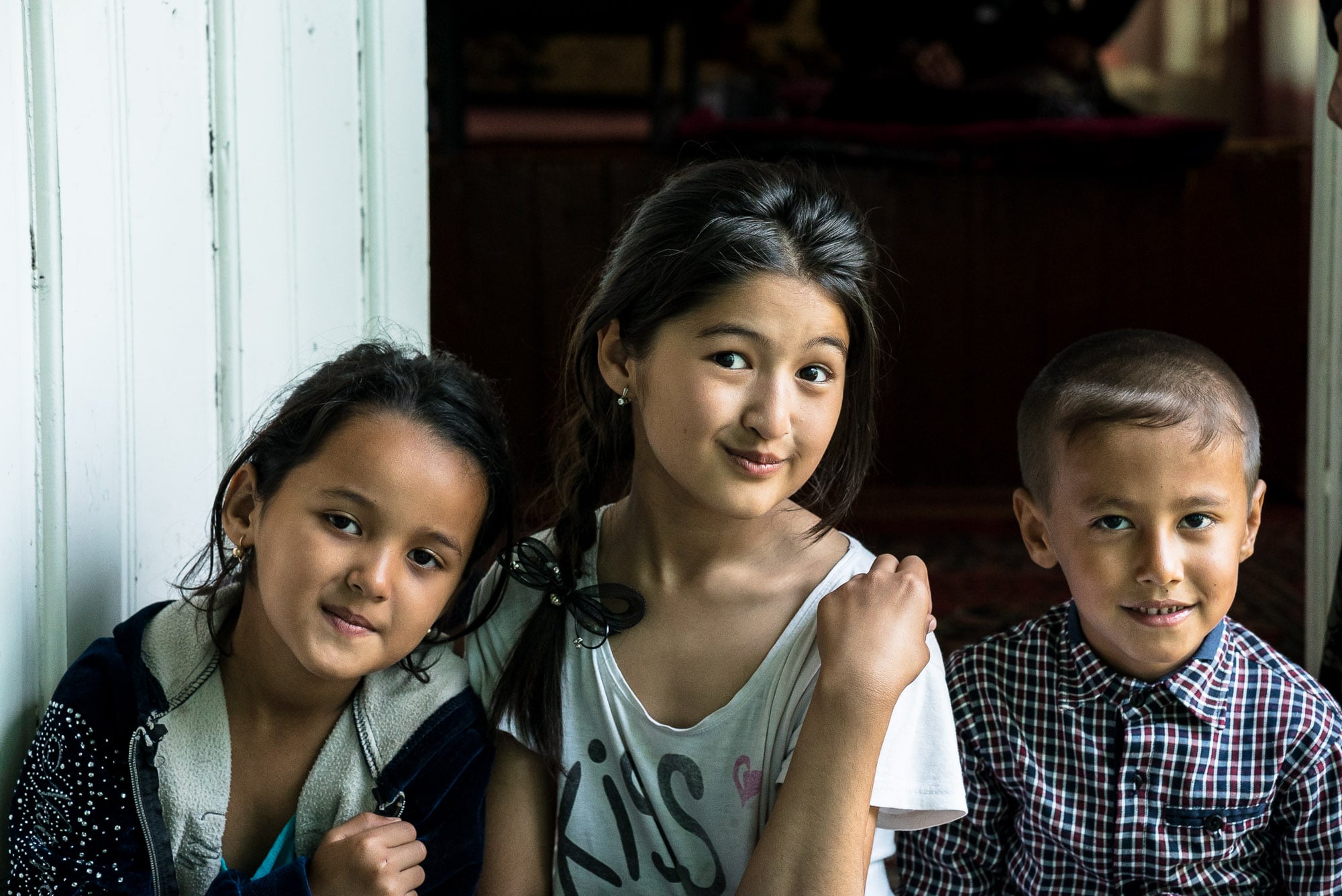 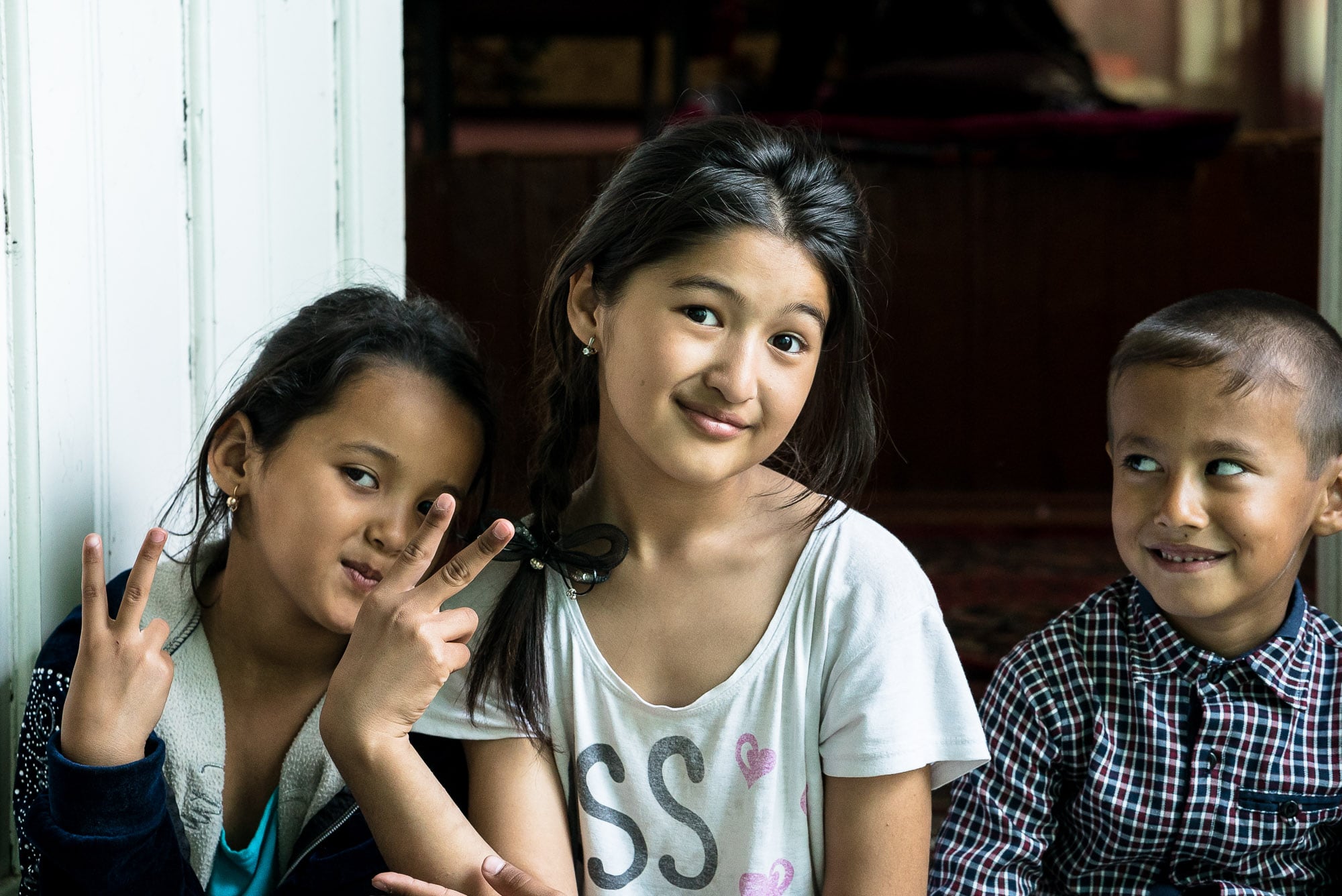 And then I was on the road:

Here’s my photo with the friendly dudes from the video: 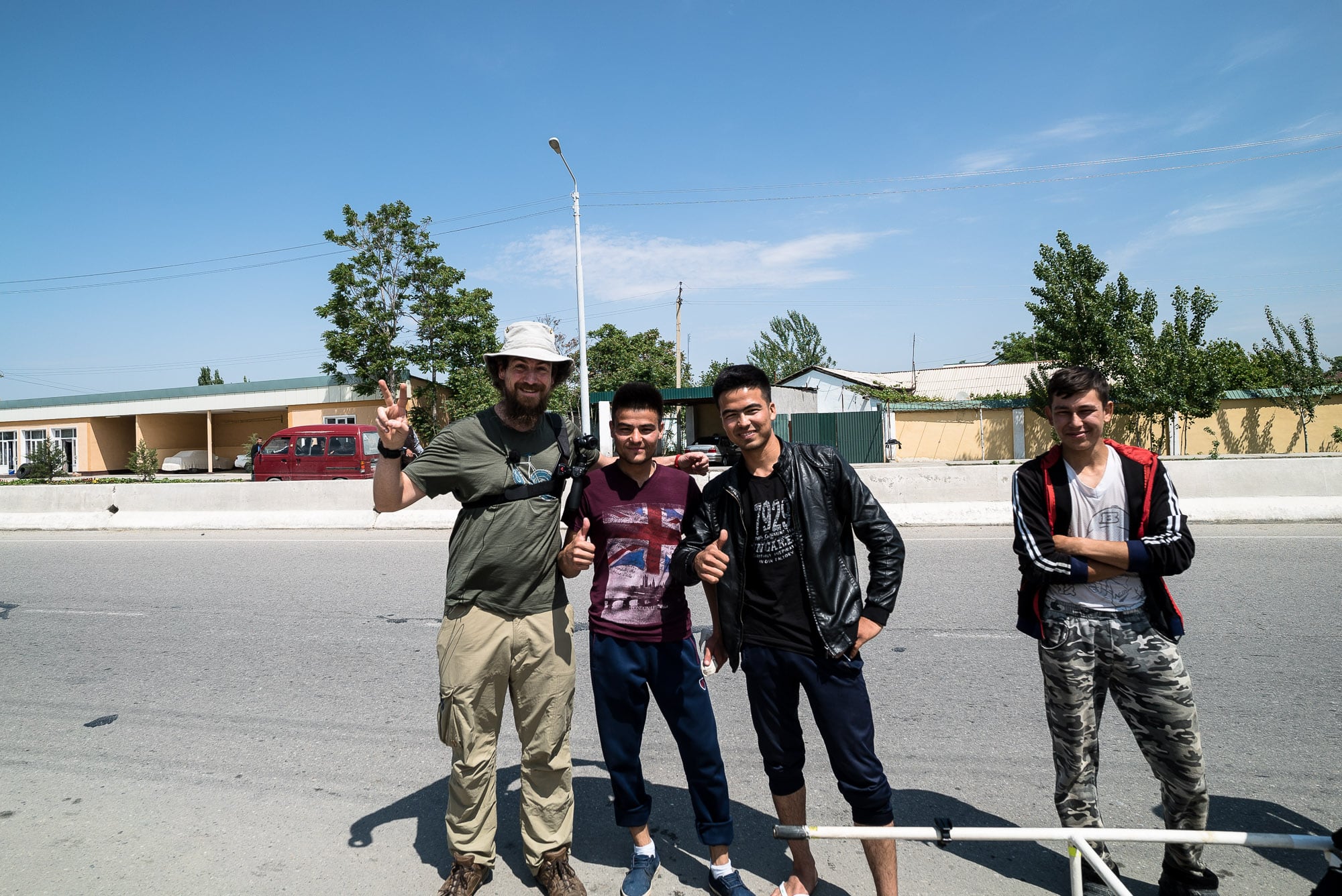 One time a garbage truck stopped and the guys got out for a photo: 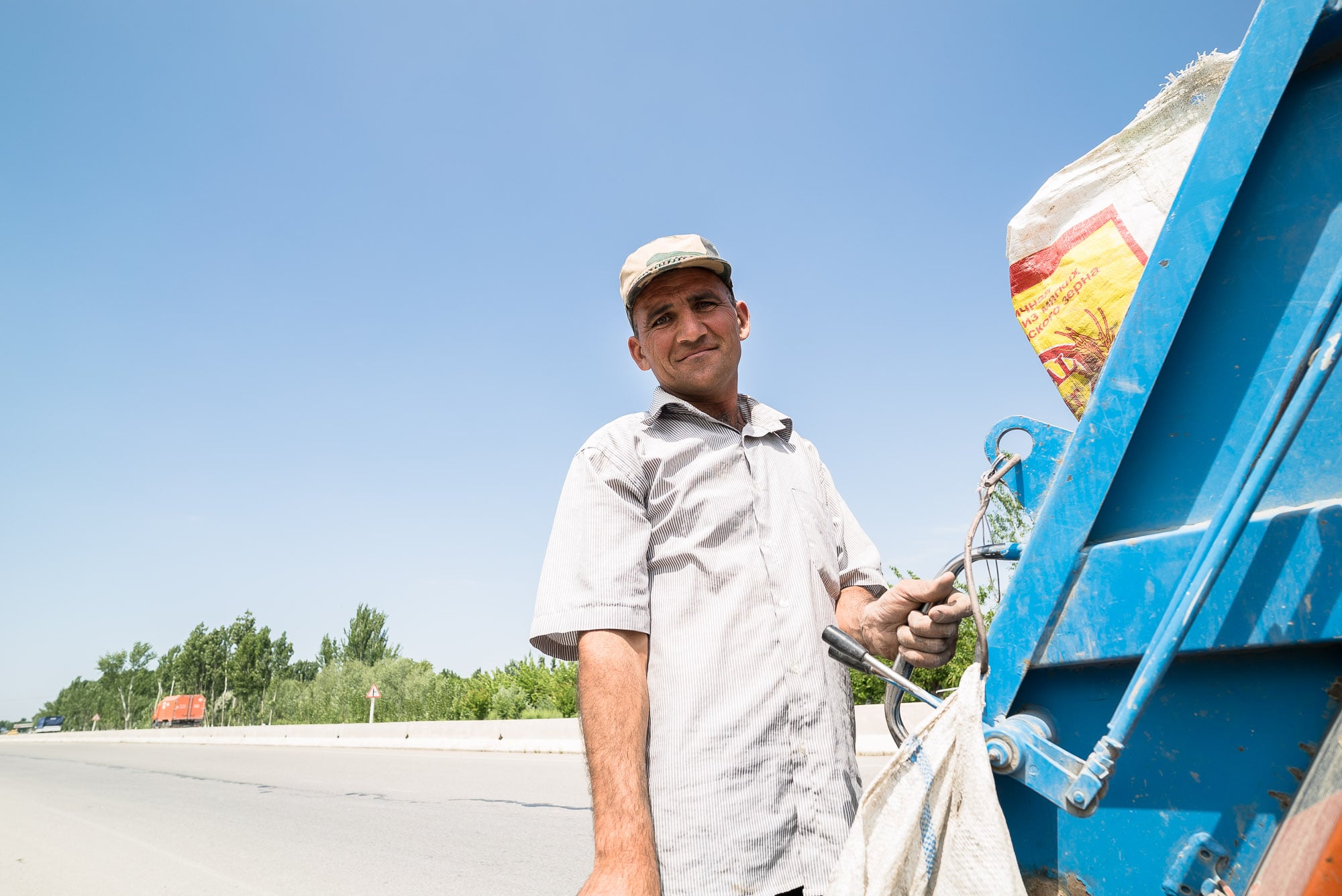 And one time these ladies stopped for me on the road: 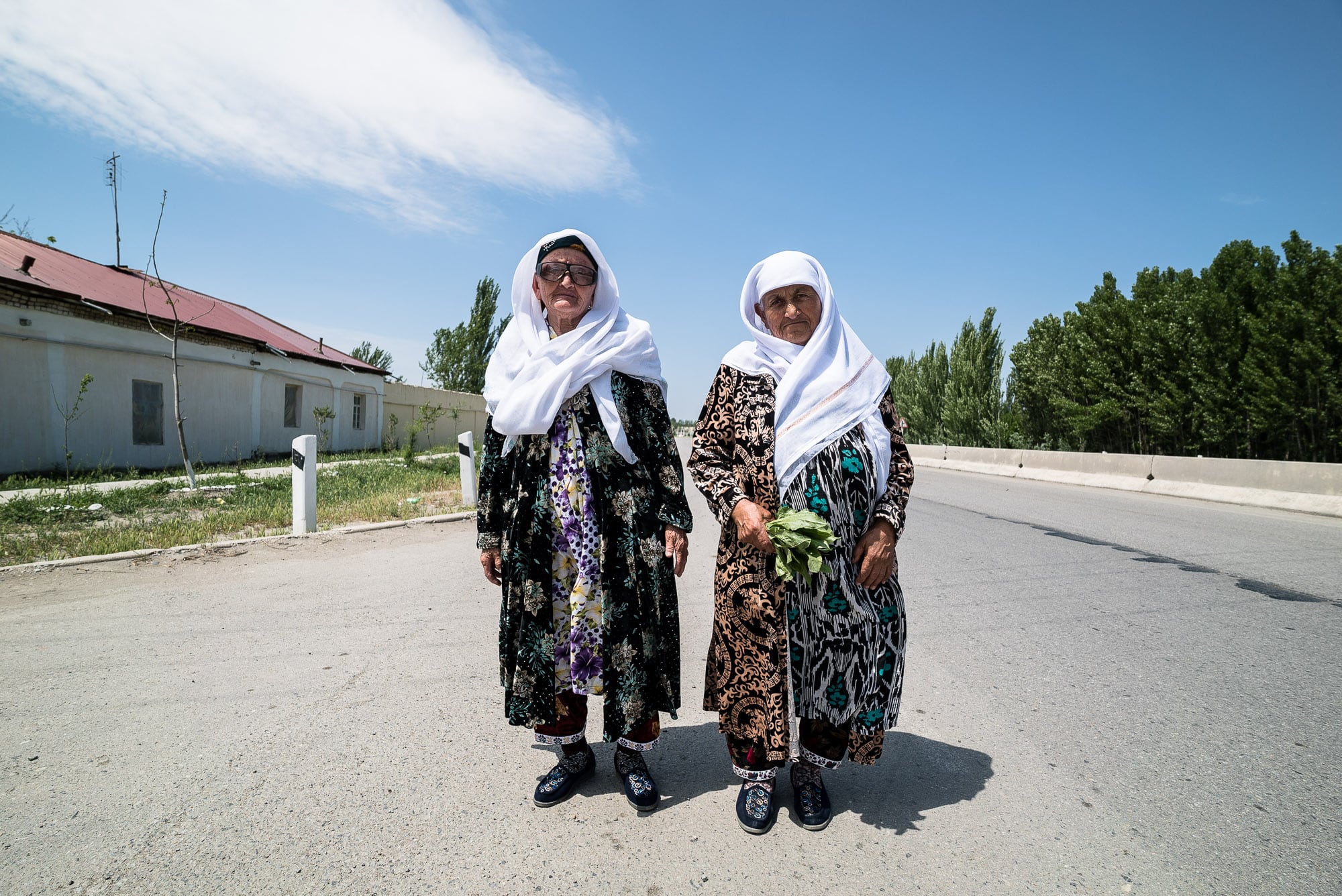 Walking was good and easy. There were little shops everywhere: 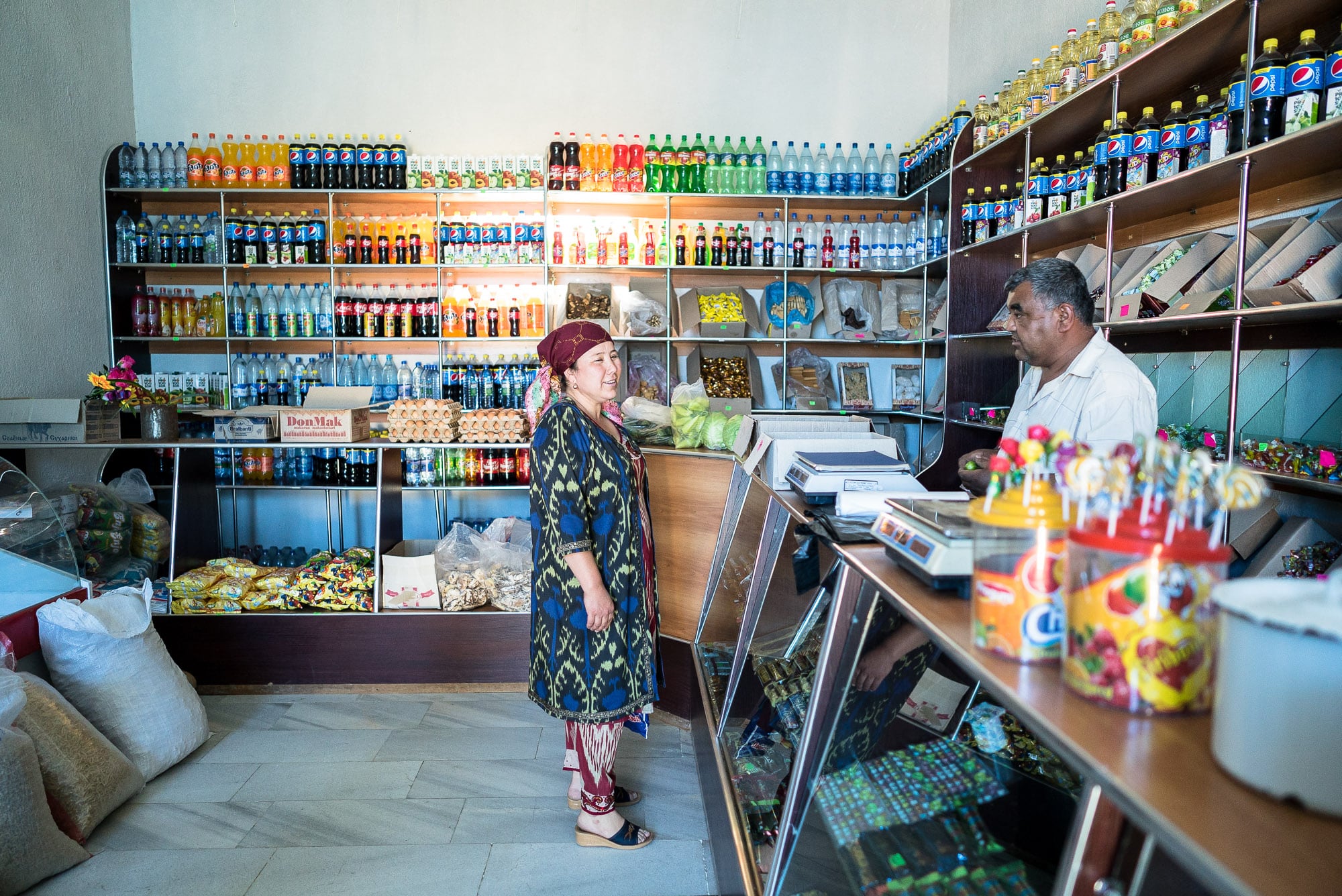 And many people actually wanted their picture taken: 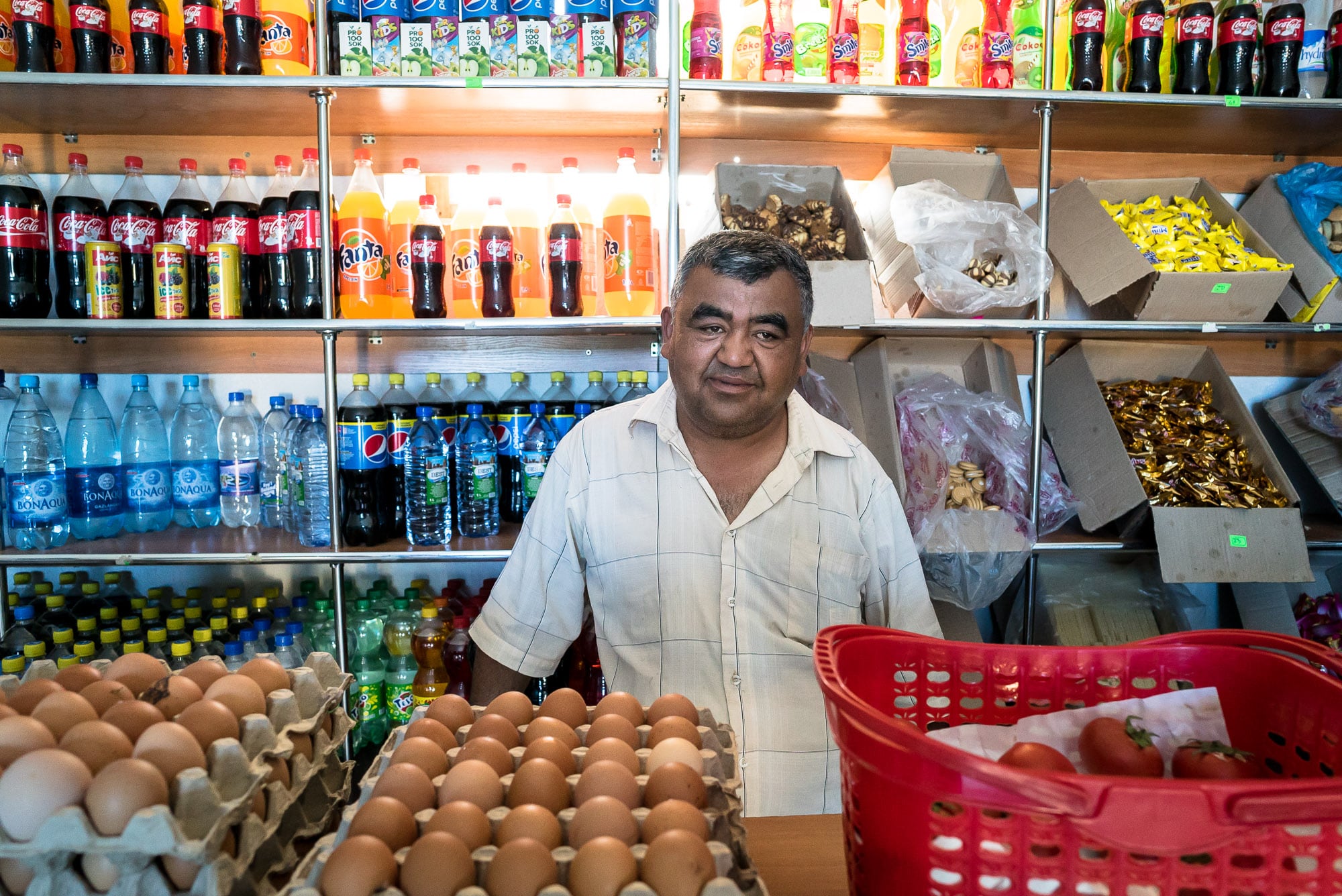 Still, I was sad. My visa for Turkmenistan had been rejected two times, which meant that there was no way to walk through that country. Sure, there was land, and there was a road on that land. But I wasn’t allowed to walk on it. Reason to be sad.

One time I ran into three truck drivers from Turkey: 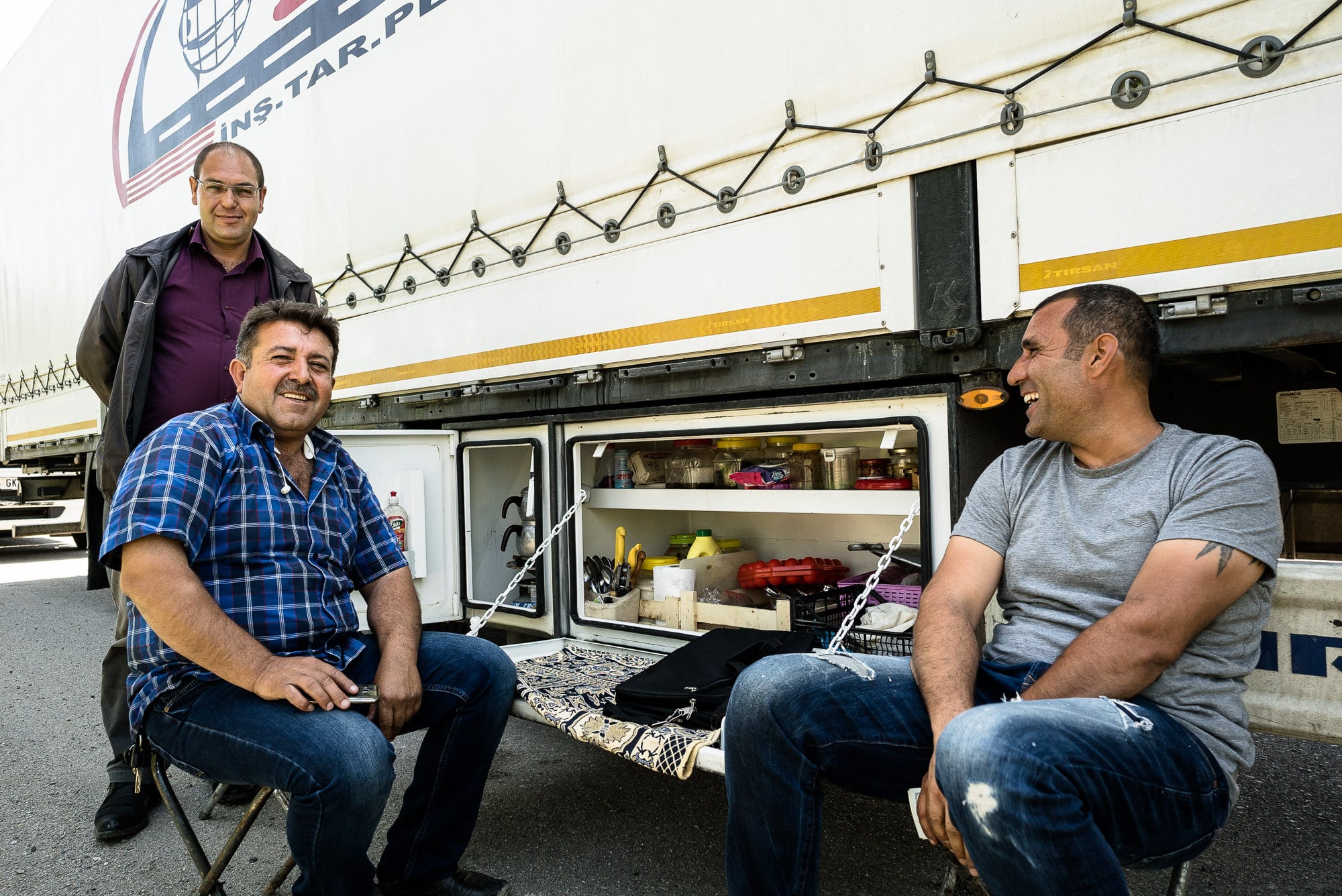 They had passed through Turkmenistan on transit visas. I asked for their phone numbers, just in case I needed their help later.

These two stopped for a photo: 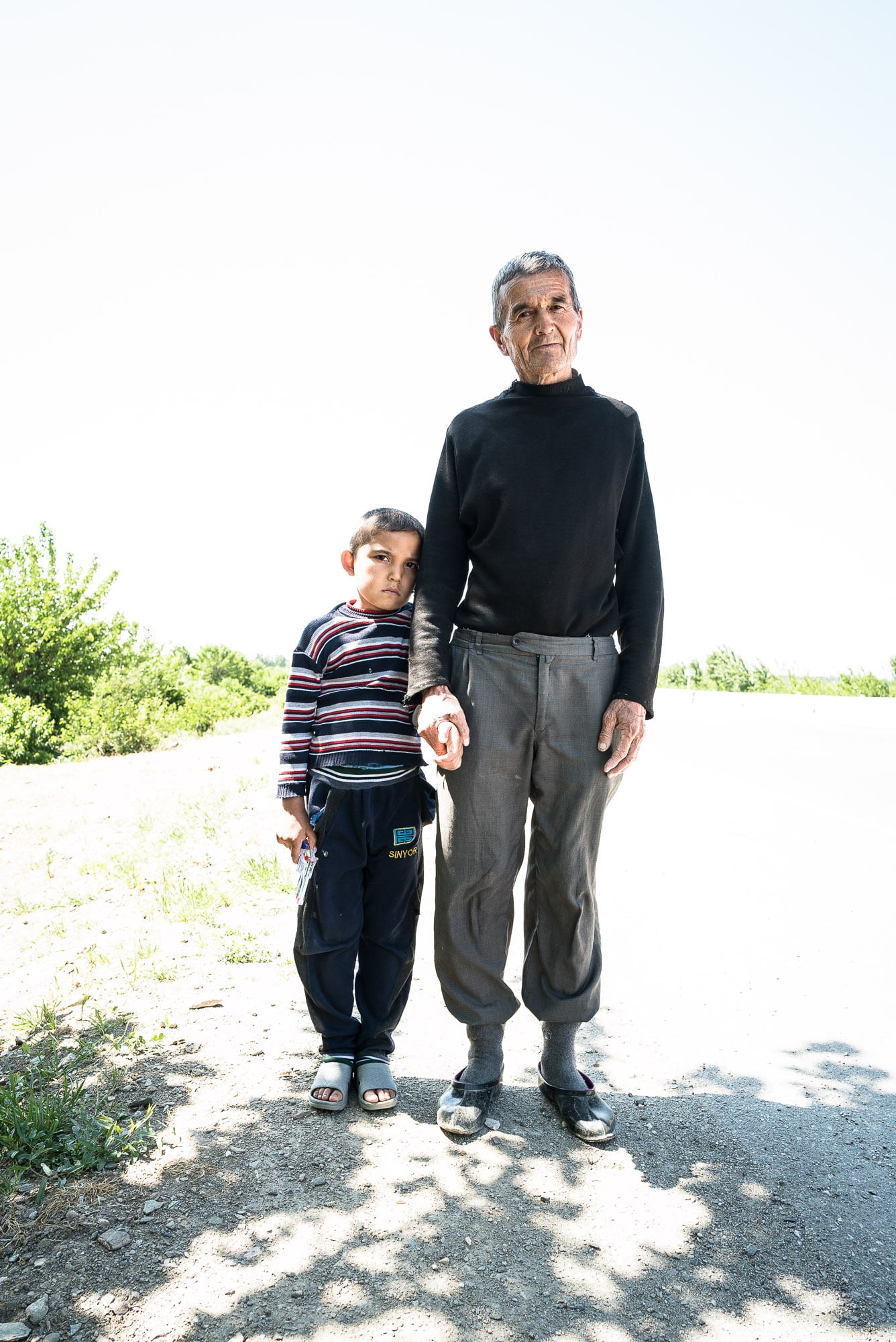 And then I saw a convoy of trucks that transported oversized metal things: 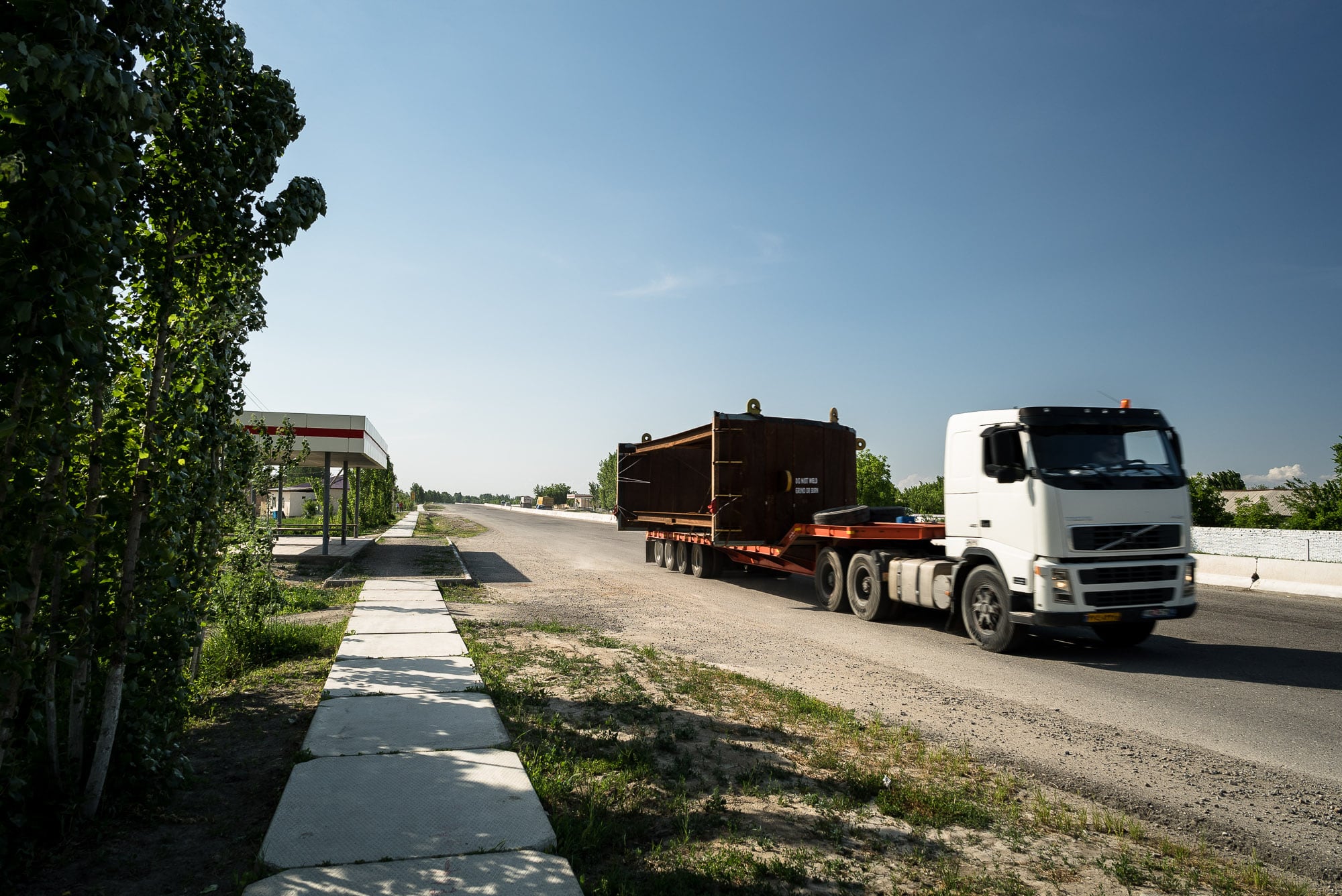 I had no idea what they were, but they had a warning on the side, a warning in English: DO NOT WELD GRIND OR BURN.

Sometimes I noticed gas stations that sold petrol next to the road: 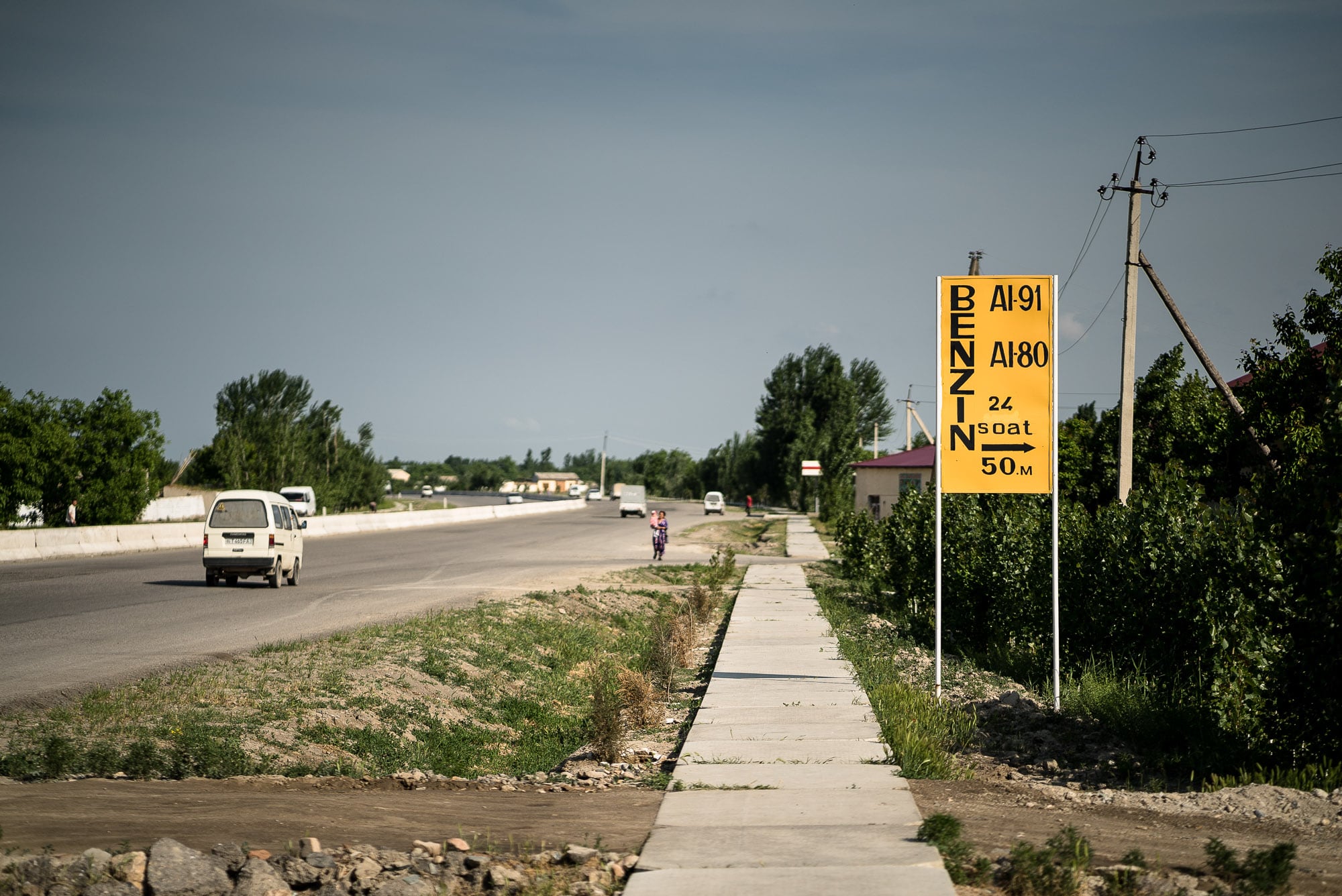 Ever since my last stay in Samarkand, I had developed an eye for those rare places that had gasoline and diesel. Uzbek cars ran mostly on natural gas.

One time I ran into these guys fishing in a river: 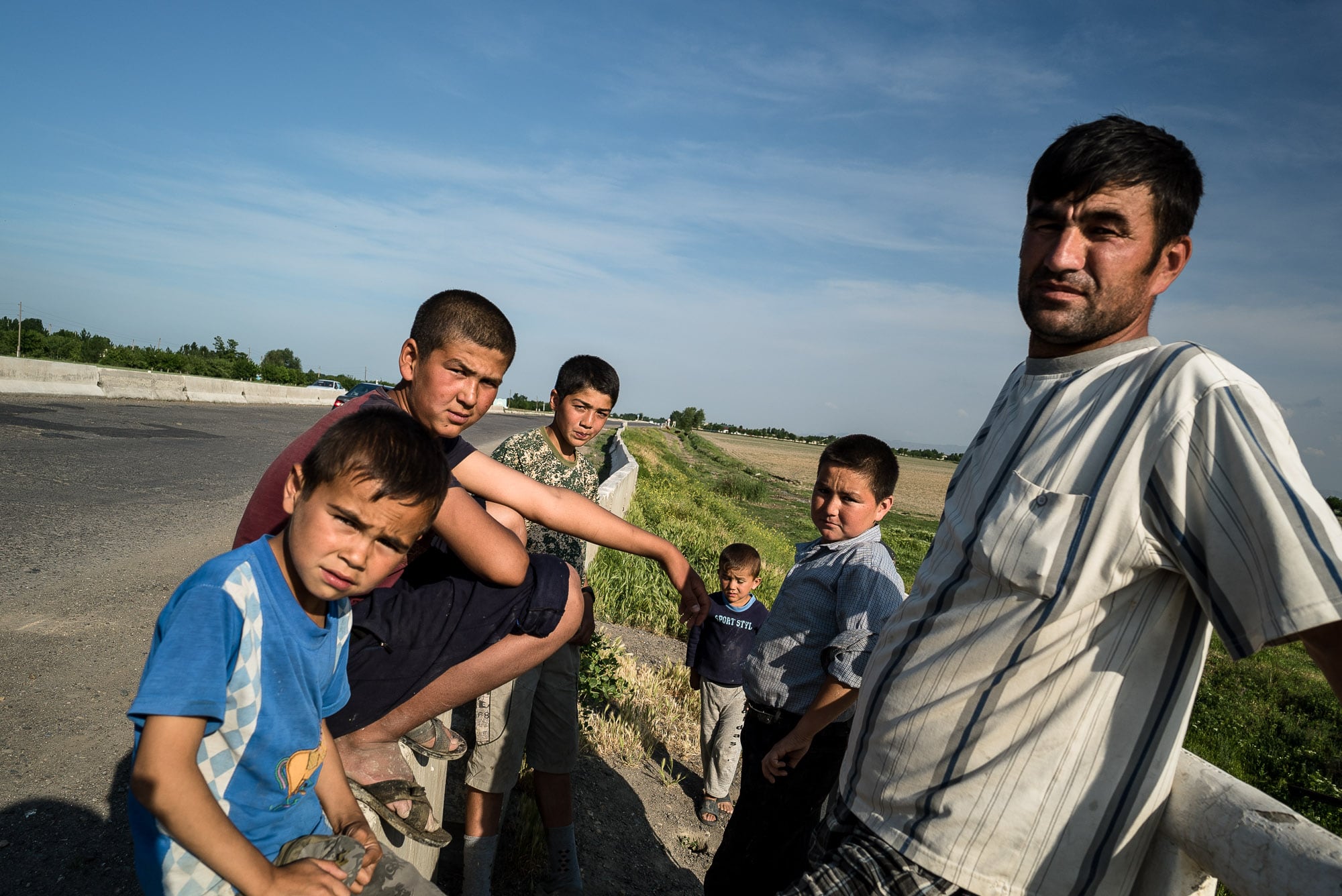 I hung out with them for a while: 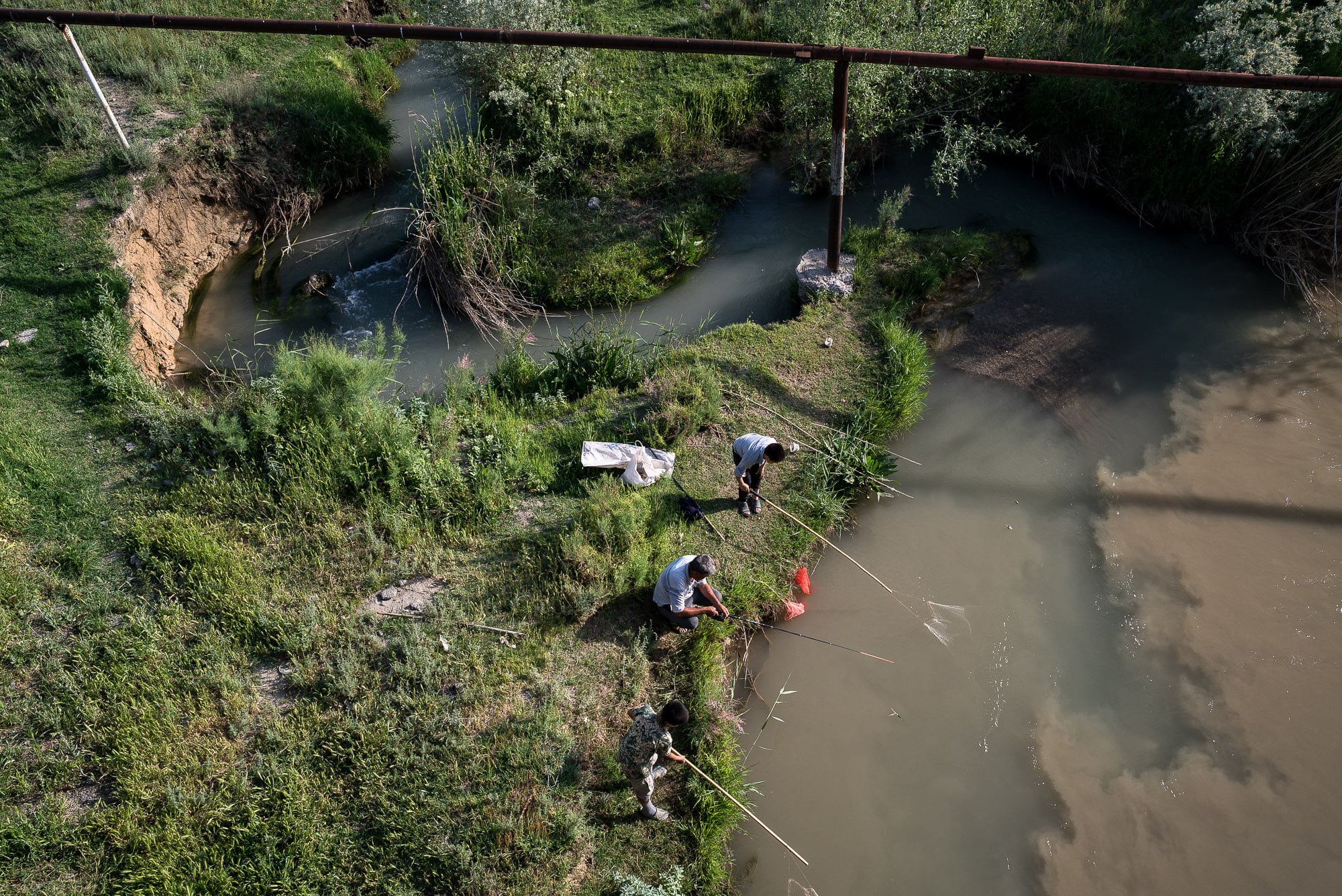 Only later did I understand that I had failed to photograph a crucial part of their activity –
the fish: 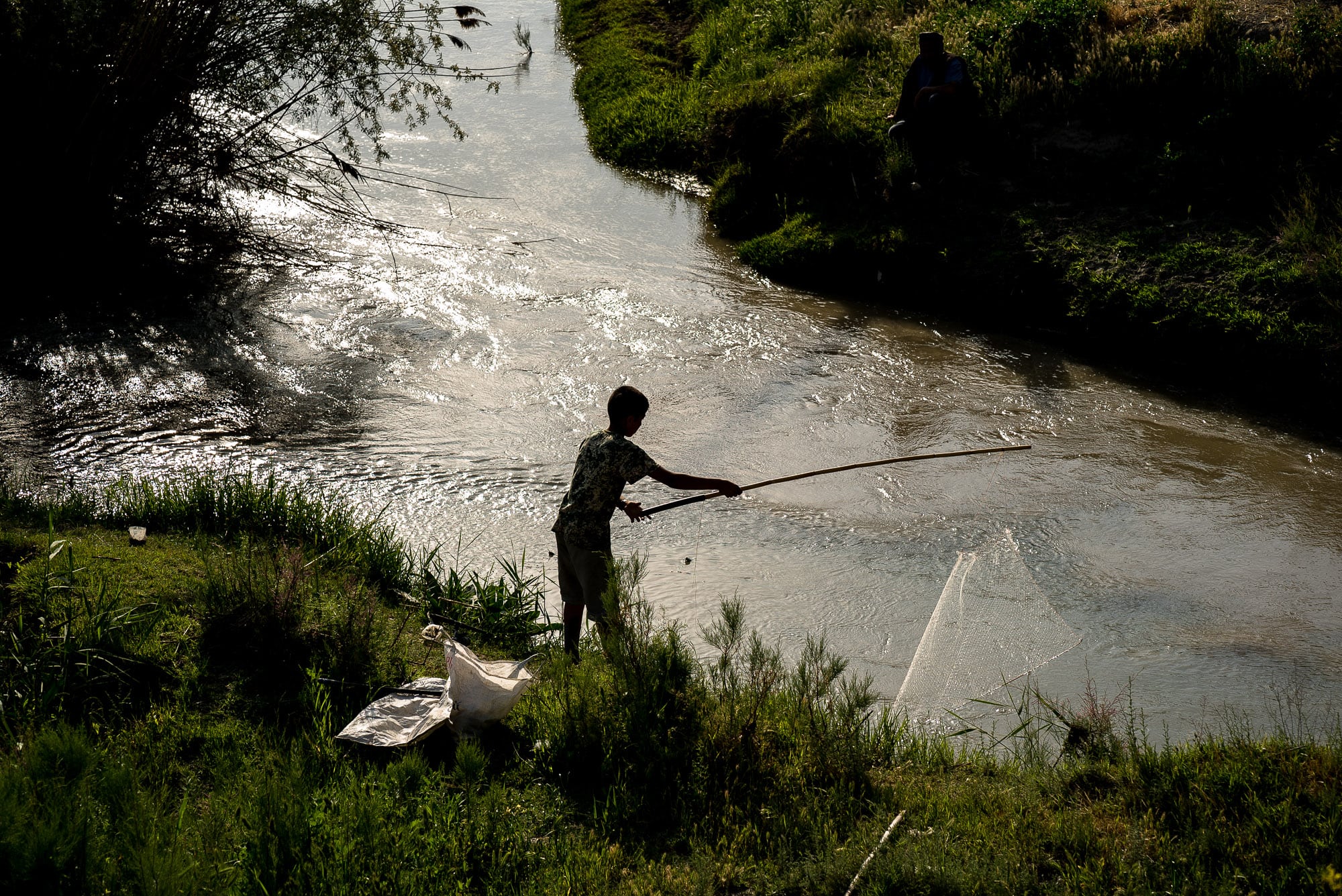 One of the boys asked if he could take a few pictures with my camera, so I said okay: 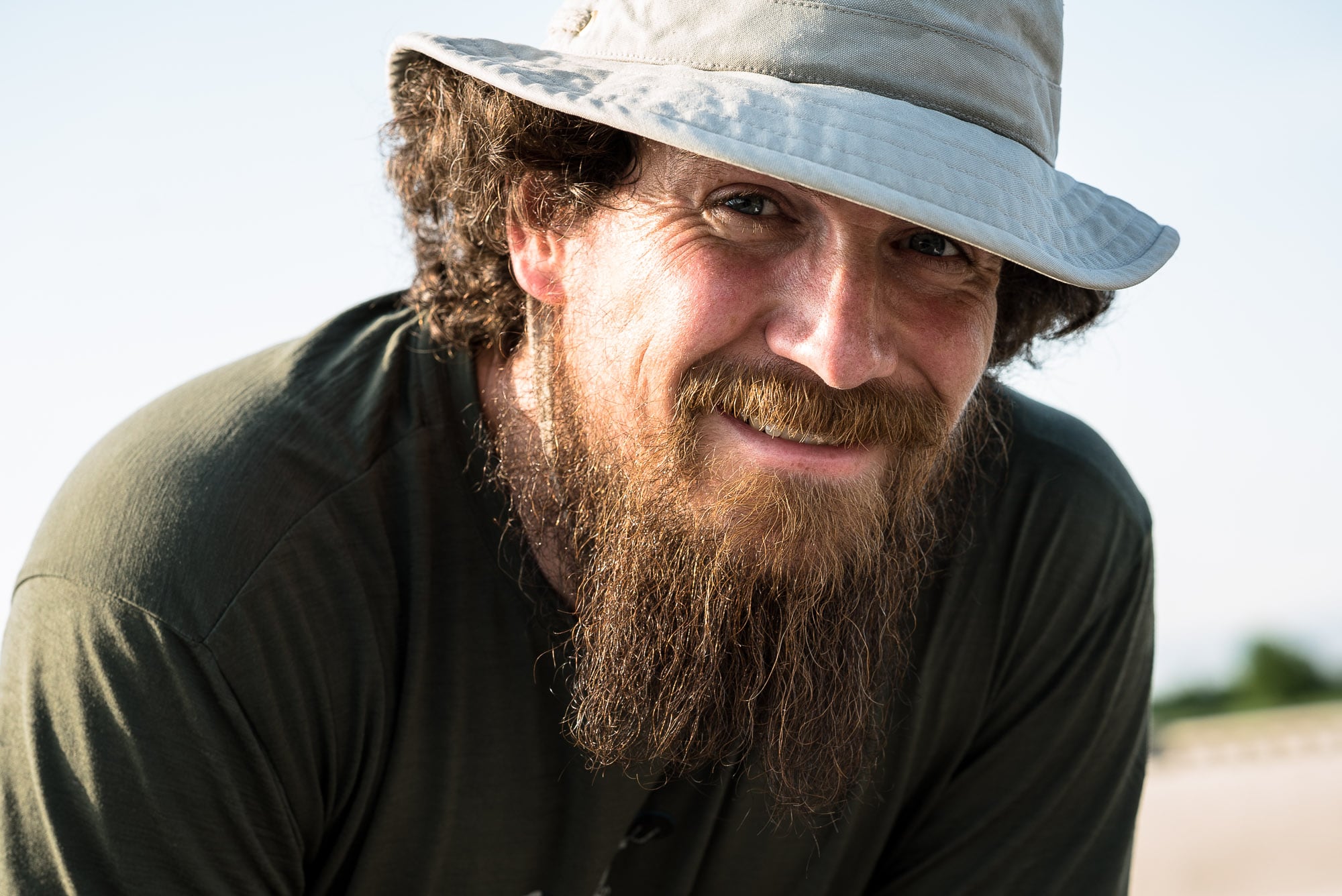 And I got some nice photos in return: 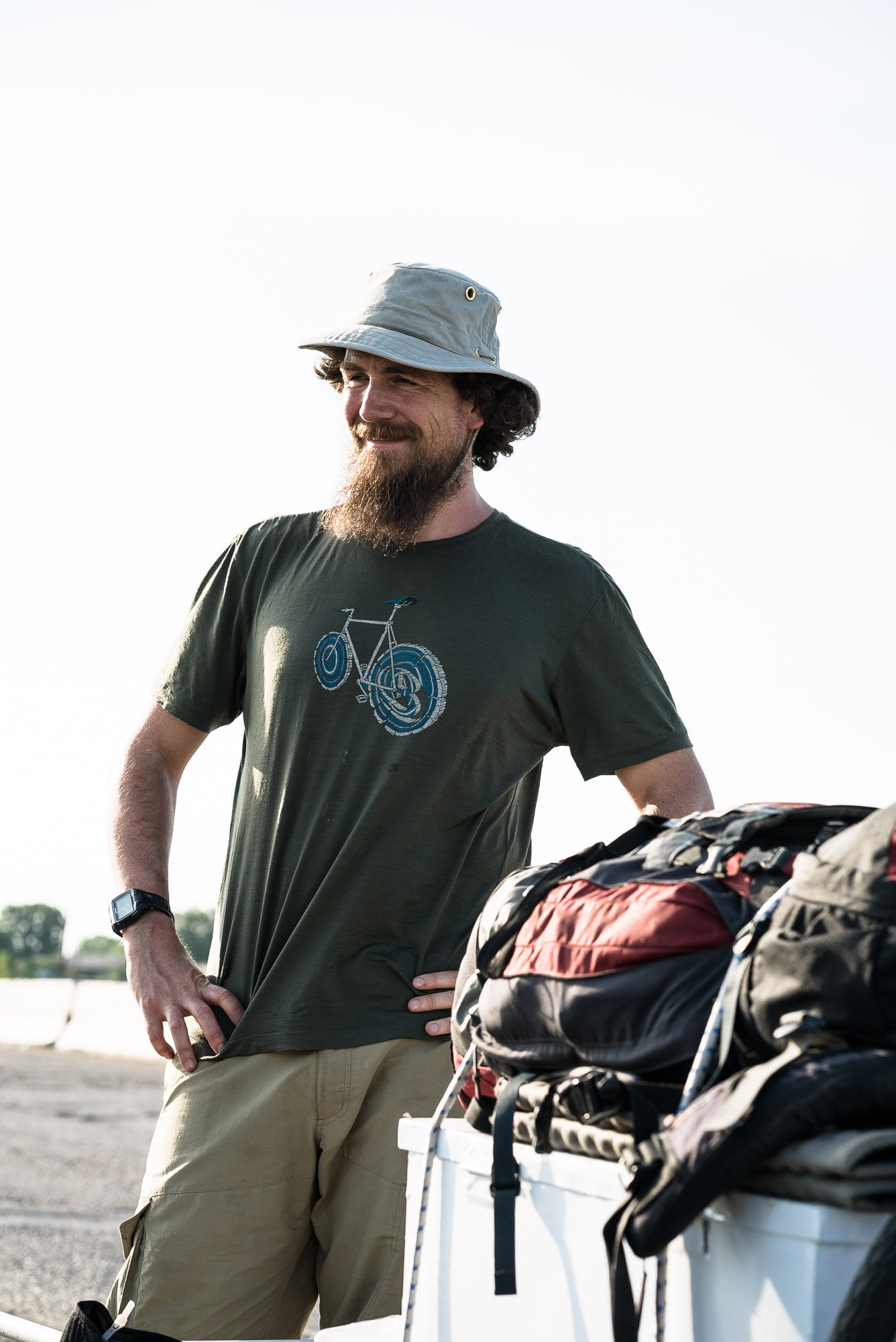 I reached the little settlement of Ziadin in the evening: 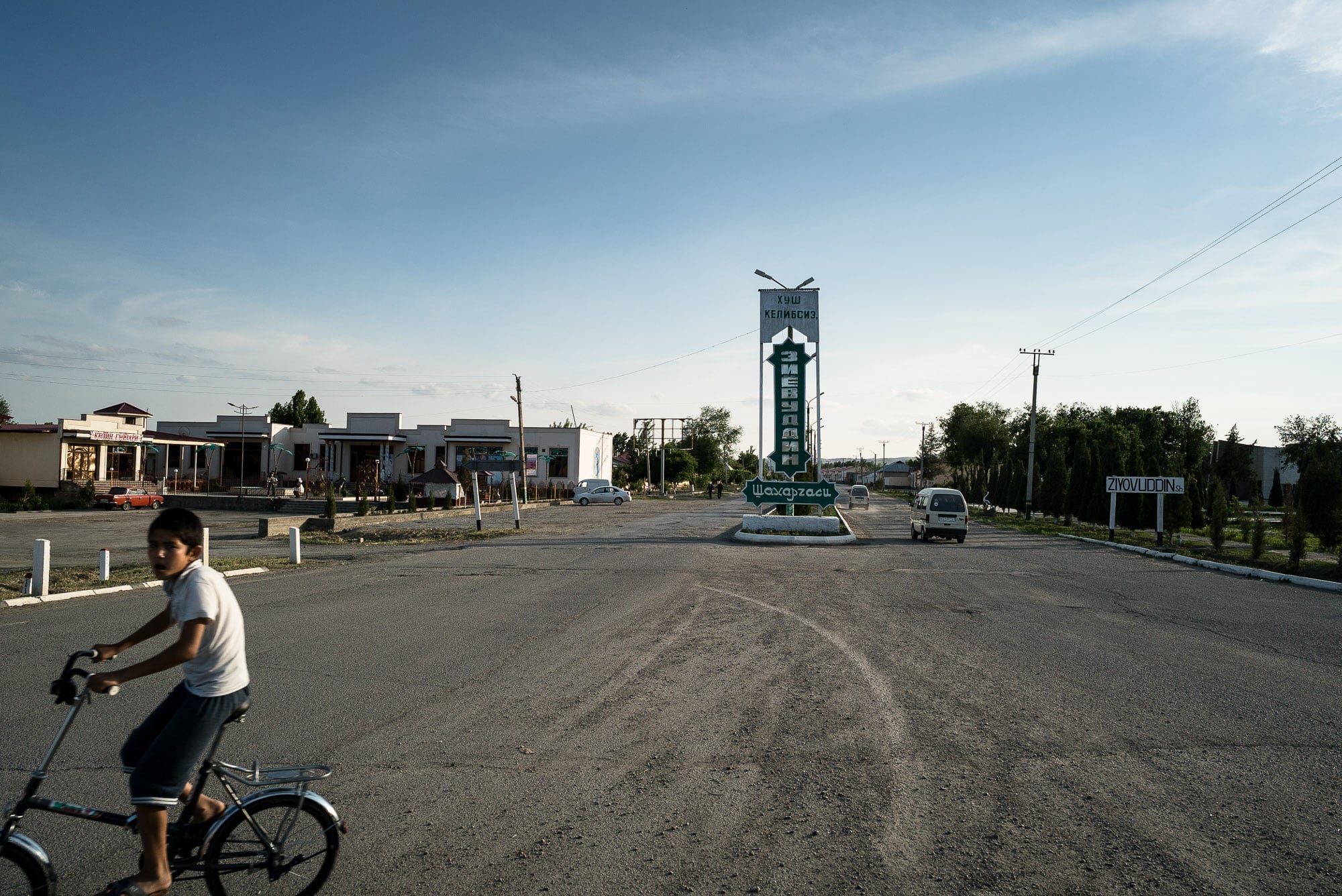 And yes, just like everybody had been saying, there was a hotel next to the road: 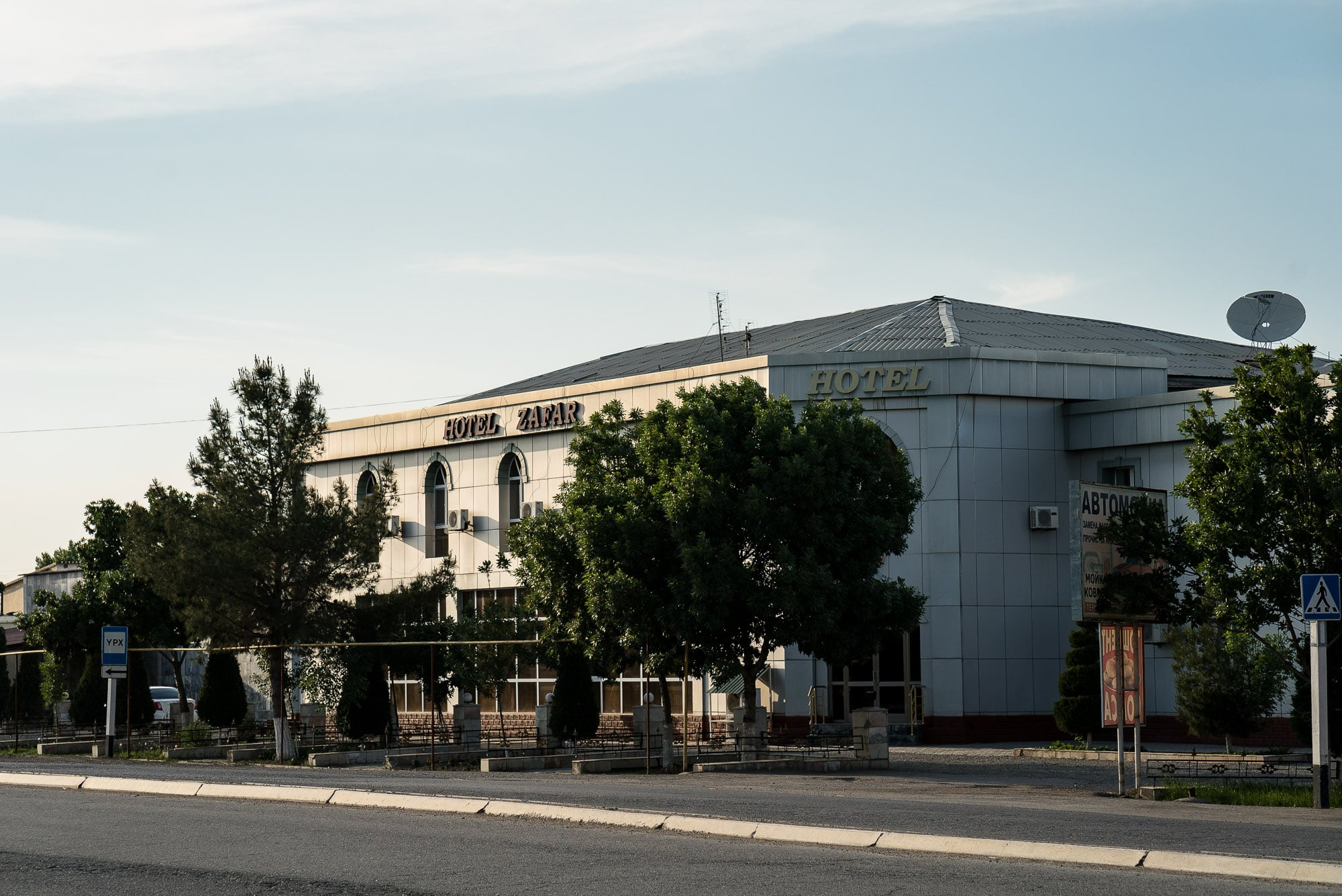 I got a room, and I was happy.

Then I went out and had dinner: 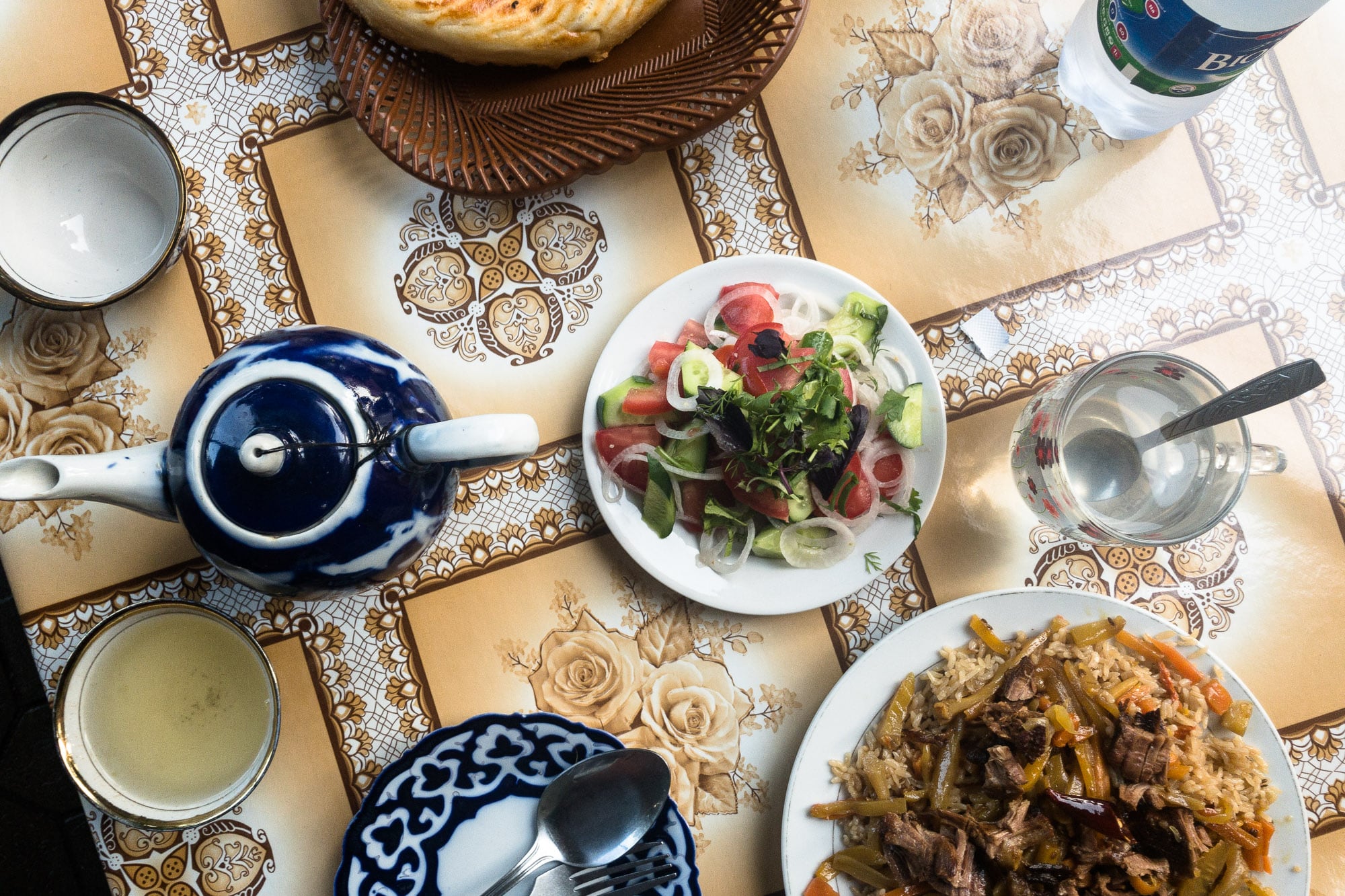