Sometimes, when I am on the road, I lose track of which day of the week it is. Dates are somewhat important to me, mostly because of my visa issues, but weekdays just don’t seem to have a lot of meaning.

Today I decided to stay in Samarkand, because I wanted to pick something up from the post office.

When I went outside I noticed that there were a lot of visitors at Guri Amir, the place that had always been so quiet before: 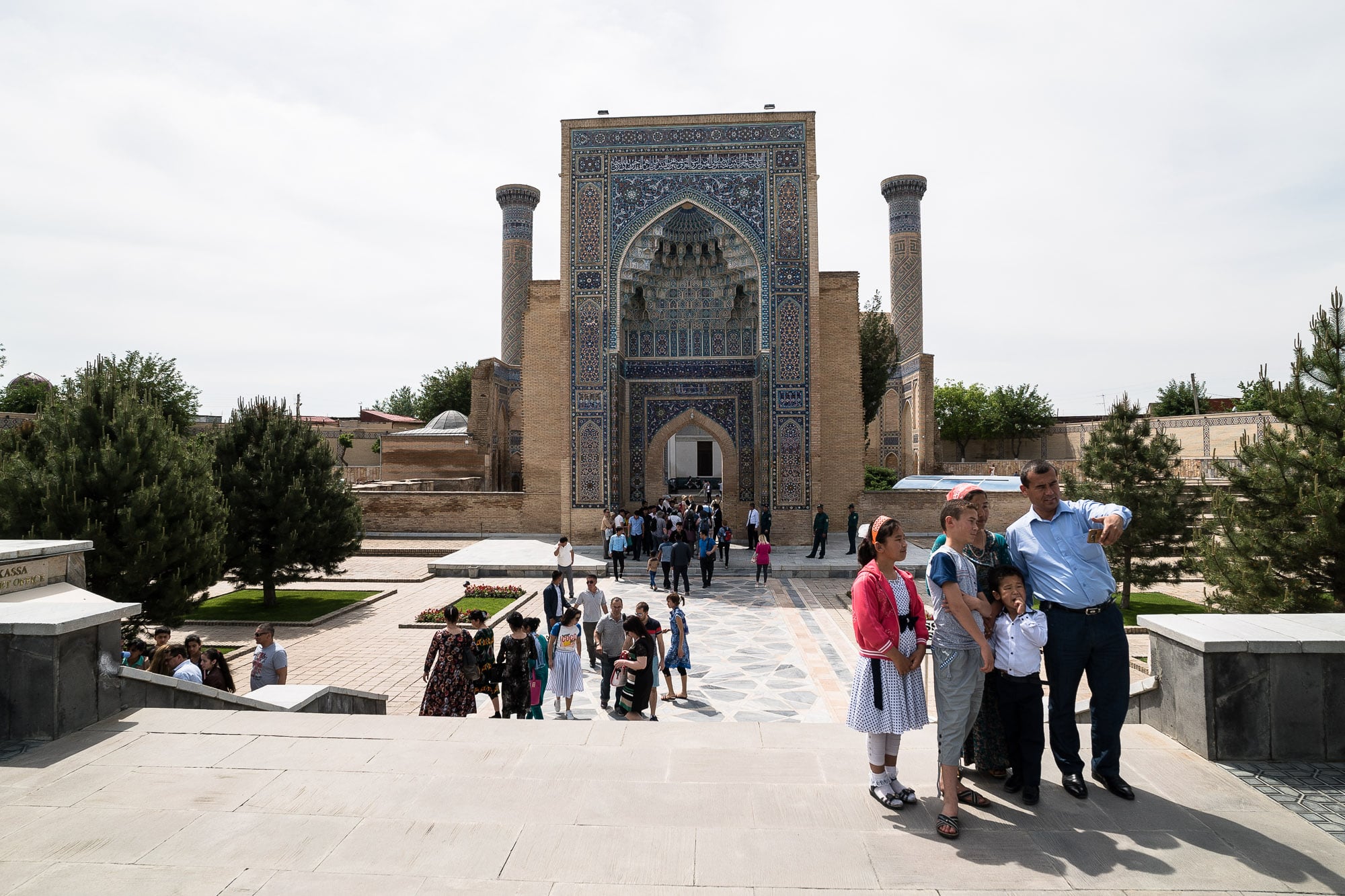 But I didn’t think much of it. I just wanted my tripod. I had forgotten to take it with me, so I had asked my family to ship it to the hostel where I was staying. This morning I had gotten this slip of paper from the hostel: 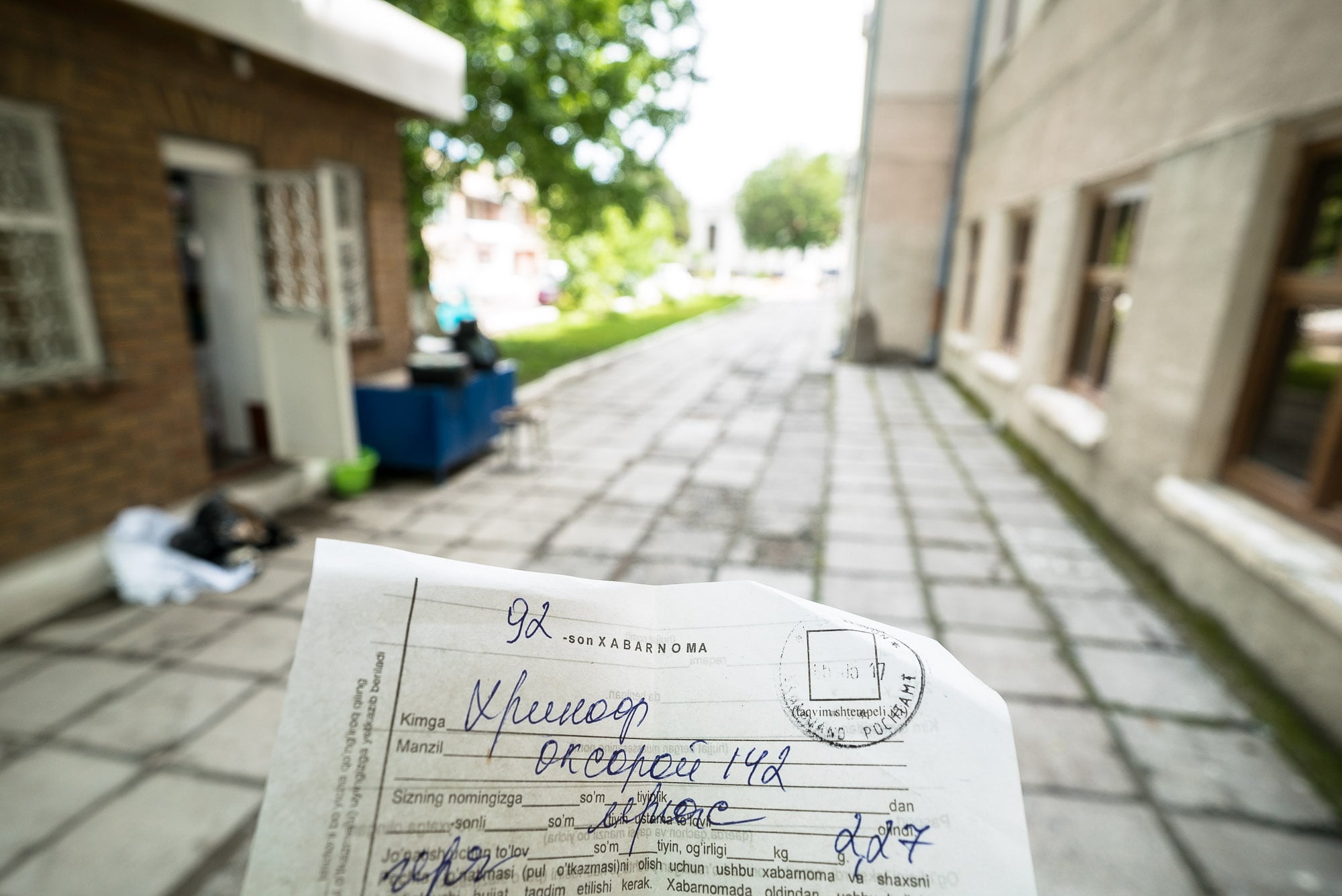 It said to pick up my parcel at a certain post office a few blocks away.

So I went there, but it turned out to be closed: 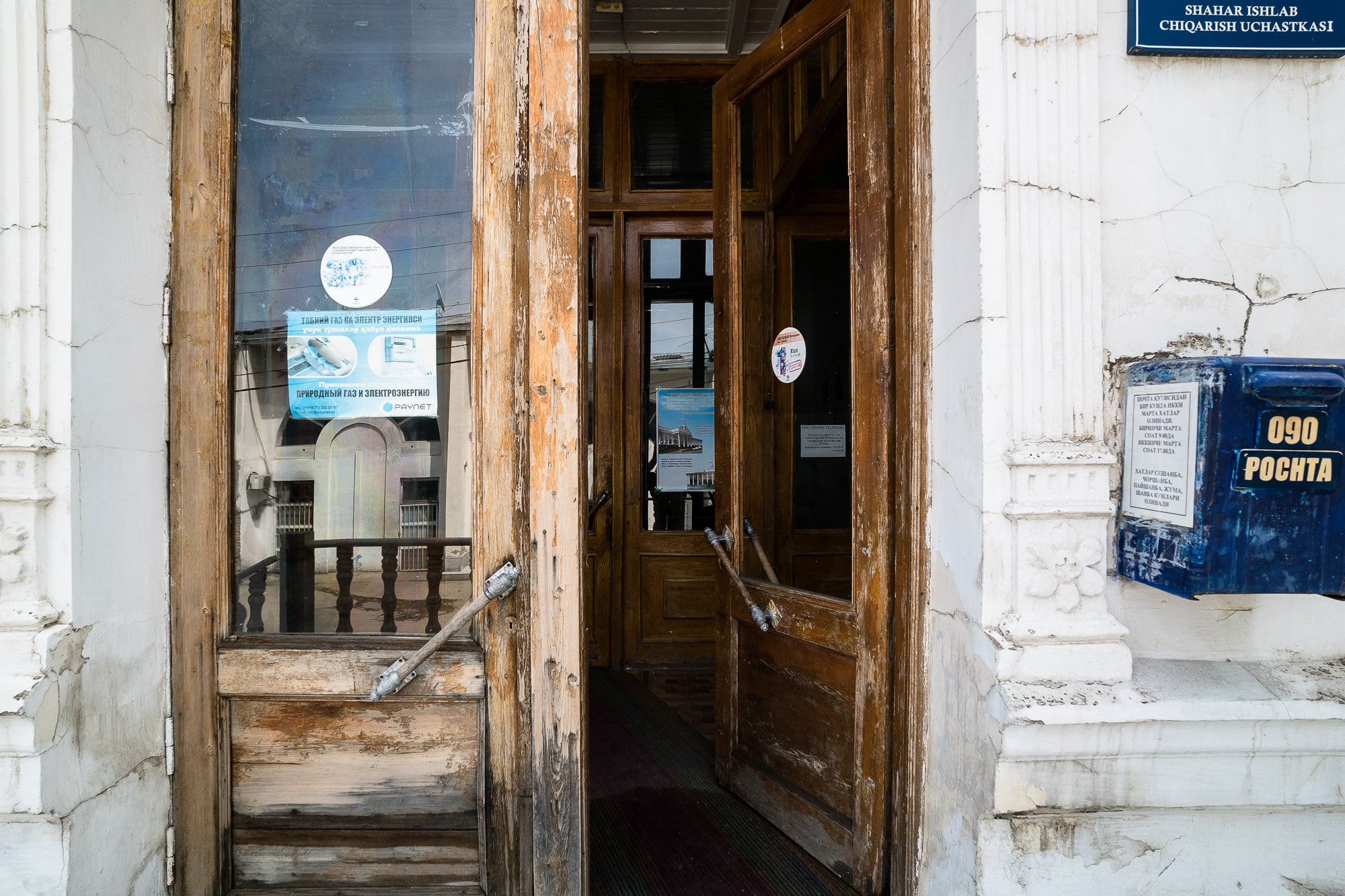 I was disappointed at first, until I realized that it had been my own mistake. Of course there had been so many visitors at Guri Amir! Of course the Post Office was closed! Today was a Sunday.

So I went back to the hostel. I figured I would just pick up my tripod the next day. But then I was told that this wouldn’t be possible either, because the next two days were part of Remembrance Day, a holiday to commemorate the dead of World War II.

So I decided to leave the following day and then come back another time for the tripod. Until then, there were a lot of things to take care of: 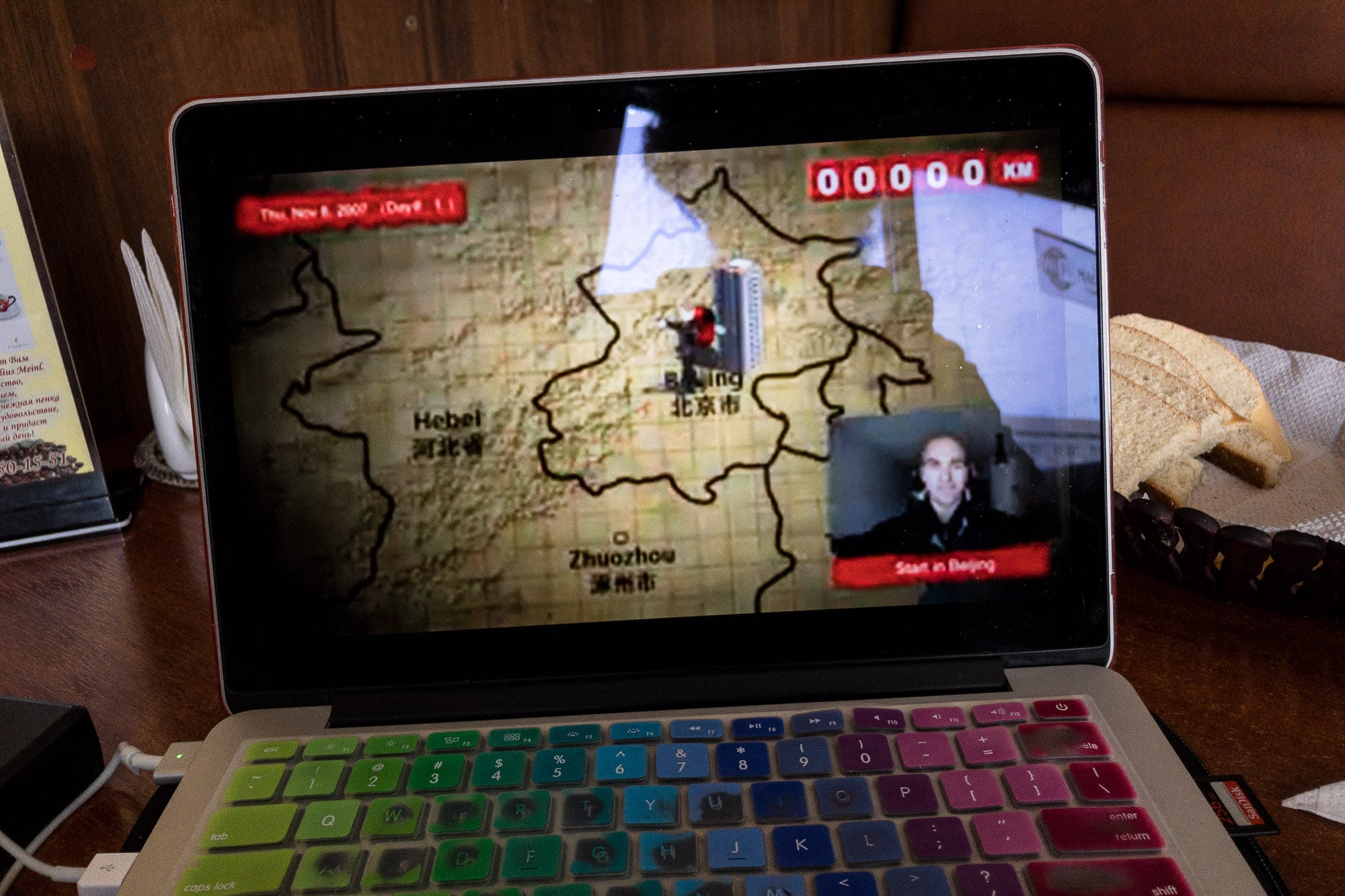