I have to be honest: I was a bit scared of Samarkand before I came here. Not scared as in scared of the police or scared of a bear. But scared of my own expectations. I had been dreaming about Samarkand for almost a decade by now.

Would the city let me down?

Long answer: this is going to be one of those posts with A LOT of photos.

You see, Samarkand was so amazing to me that I took pictures of everything. Even this puddle: 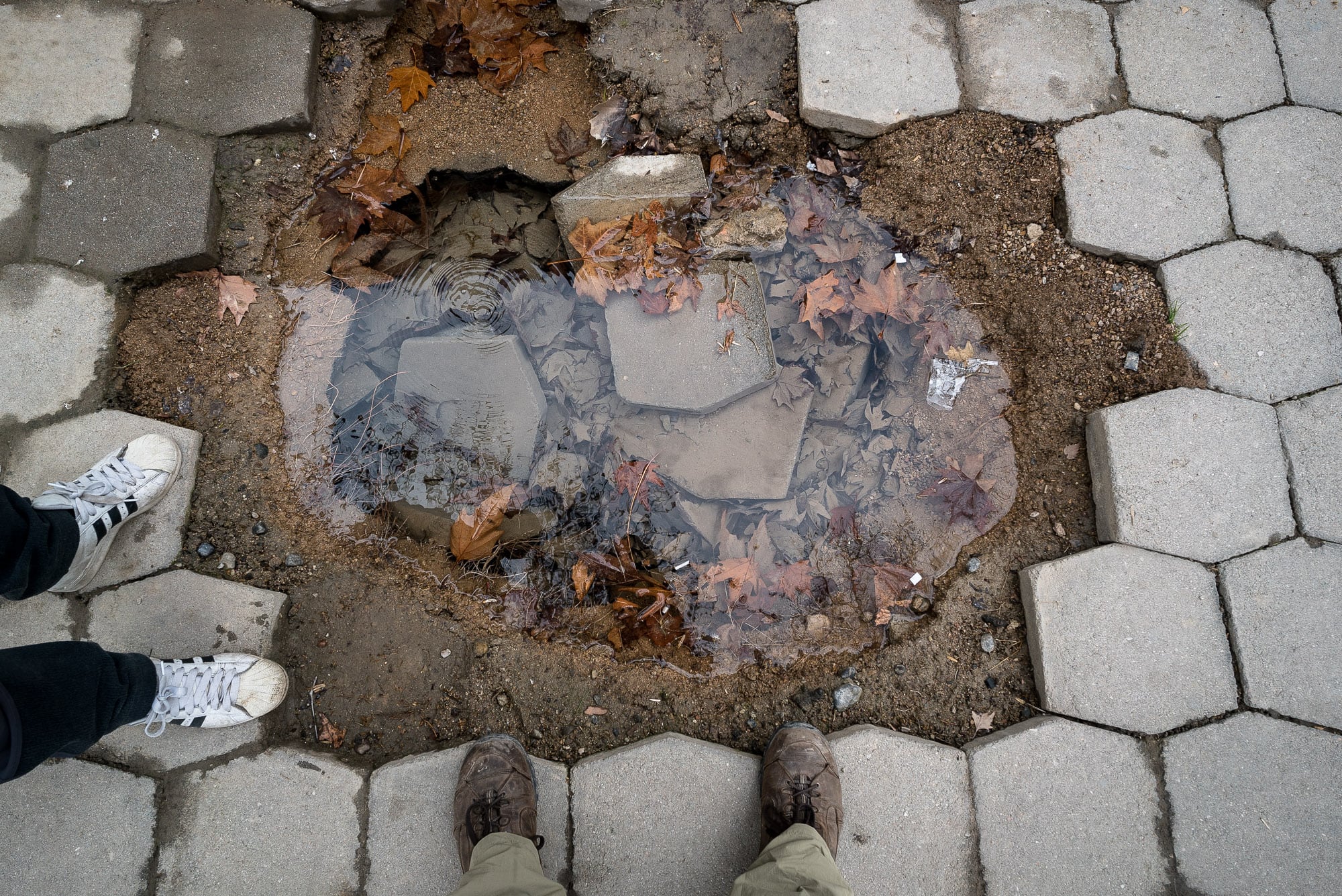 Isn’t it beautiful? I mean seriously, that’s a beautiful puddle if I’ve ever seen one.

In Samarkand, even the (presumably) Soviet buildings looked pleasantly ugly: 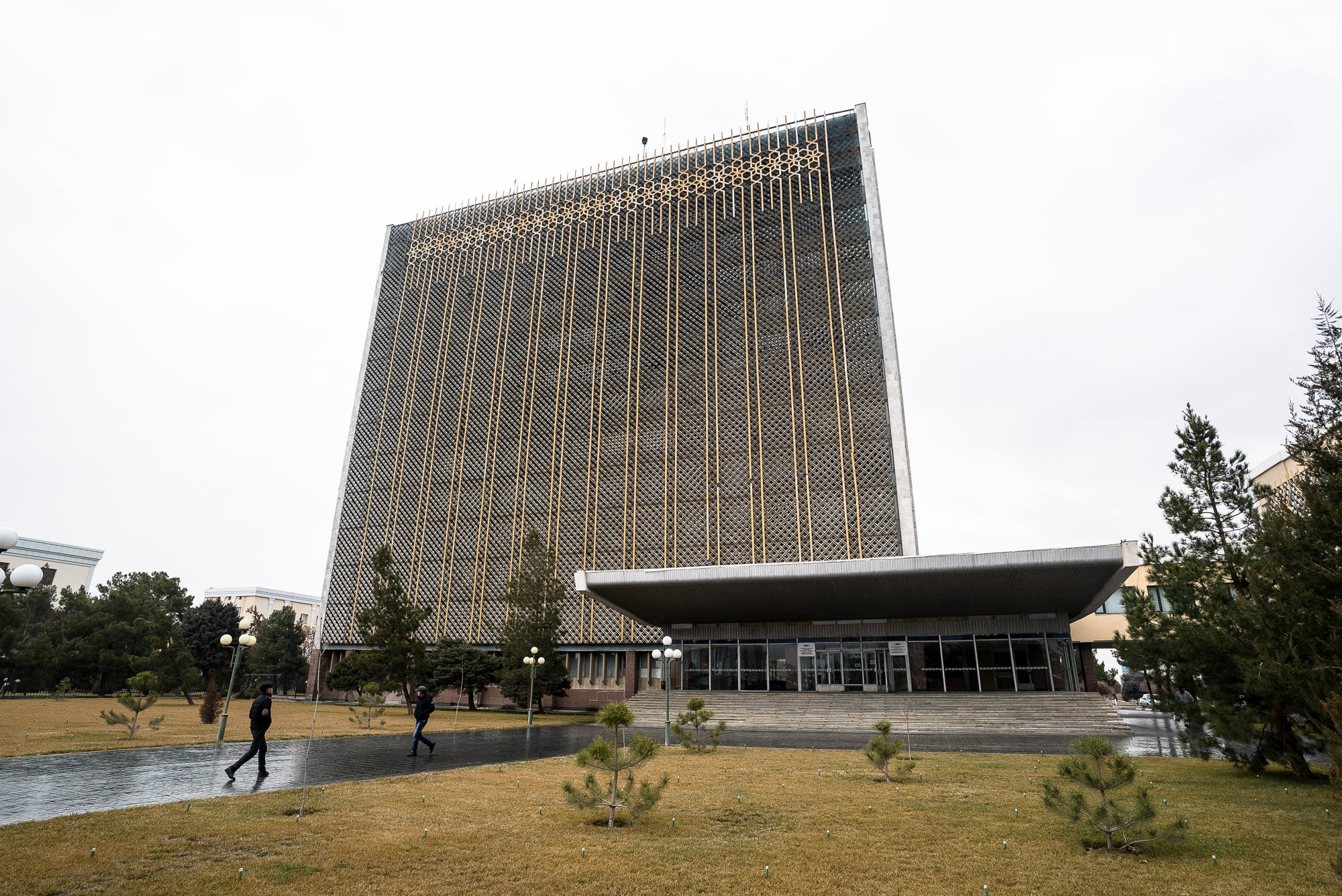 Most parks looked nice, but even the crumbling ones that didn’t somehow did: 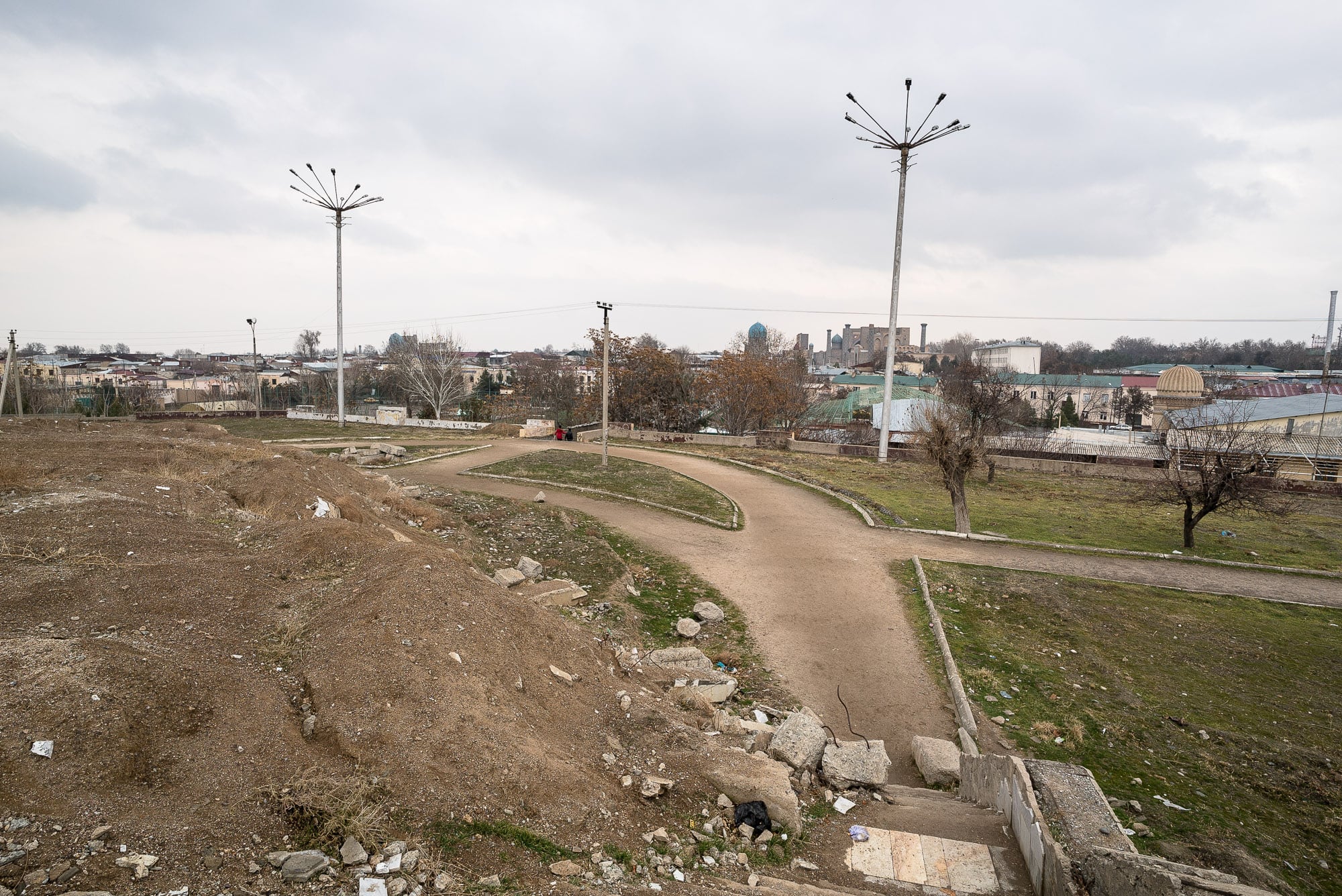 The roads were in perfect symmetry at times: 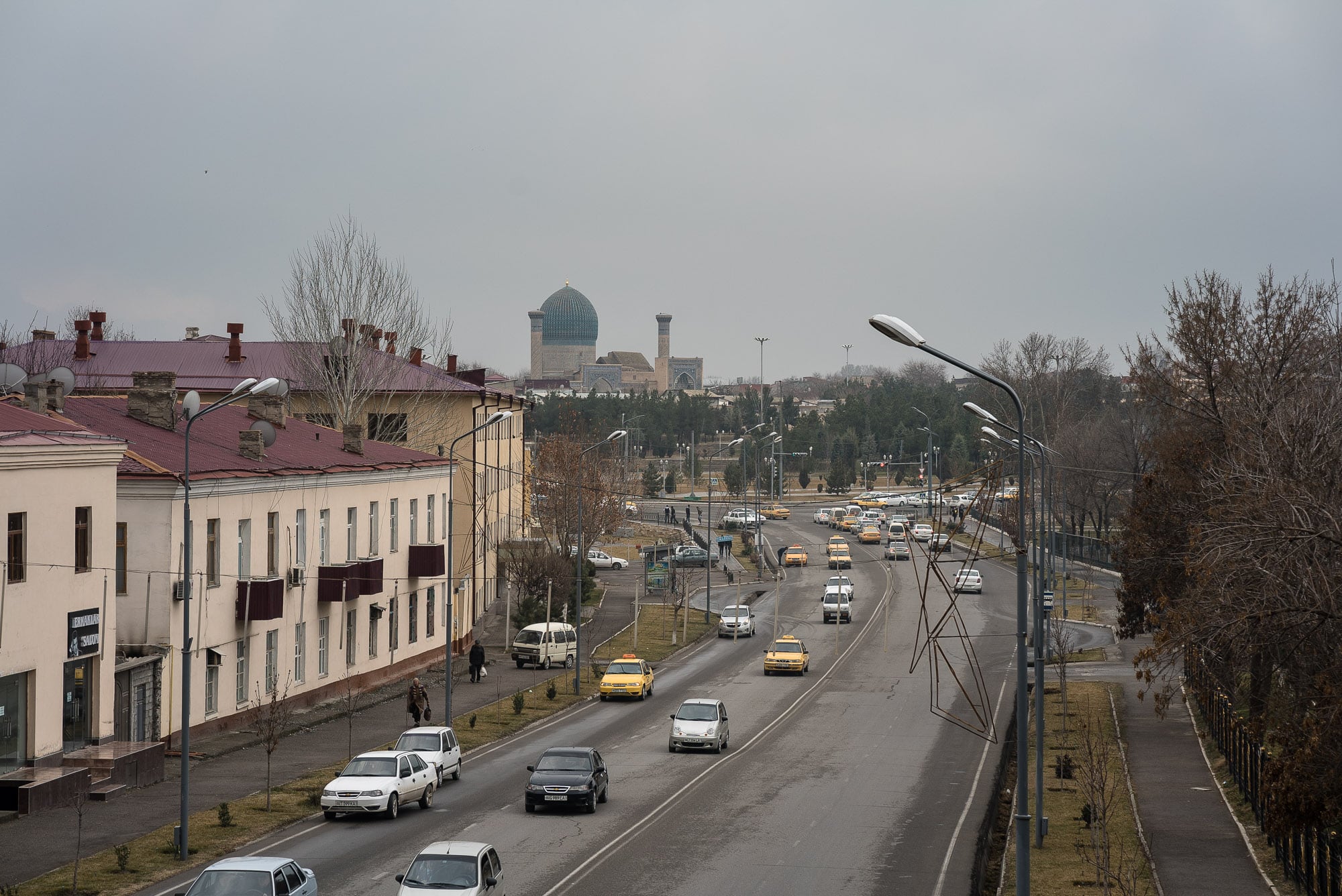 And once we got to the back of the Registan, we noticed a bunch of shipping containers: 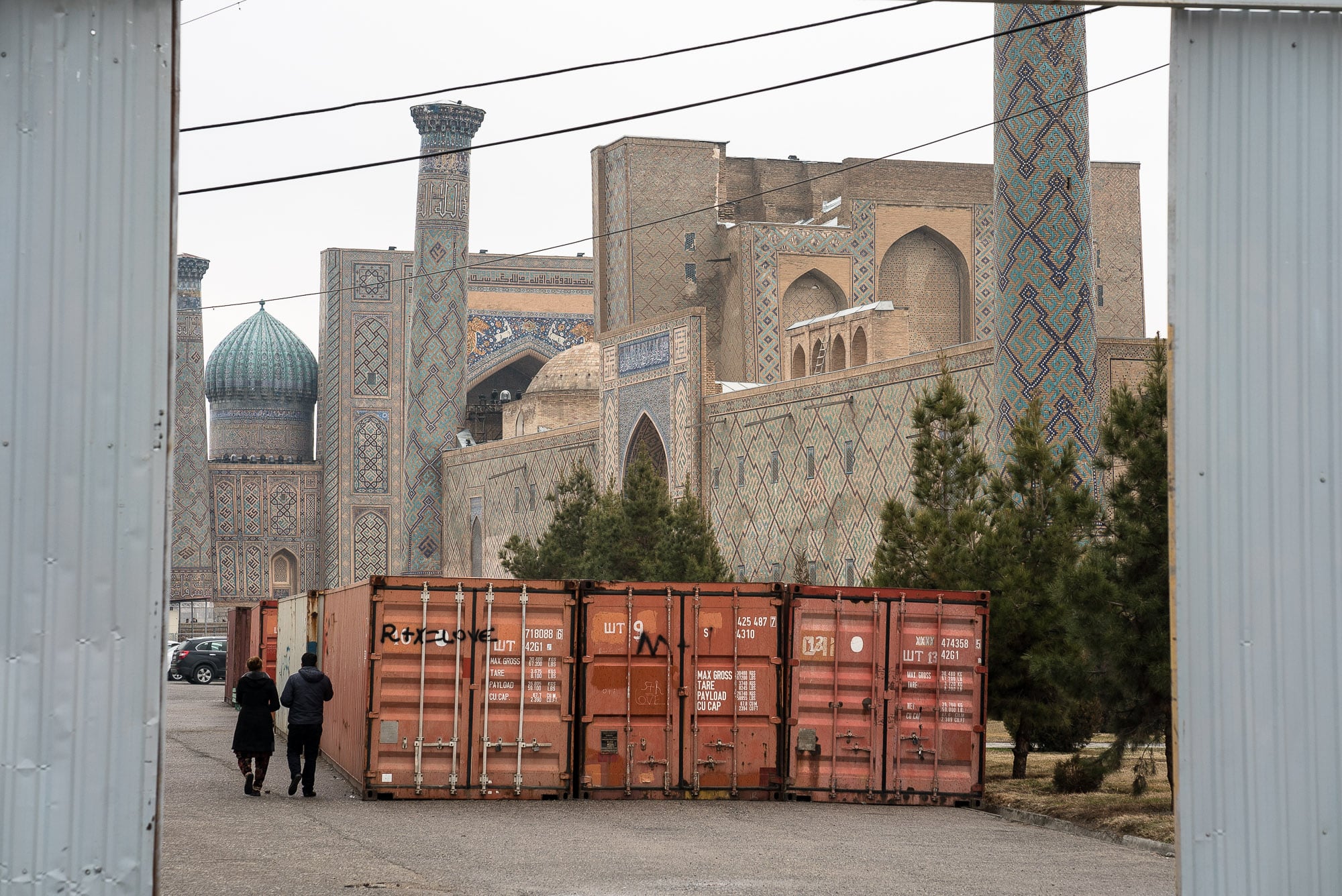 There was a Lada parked behind the Registan: 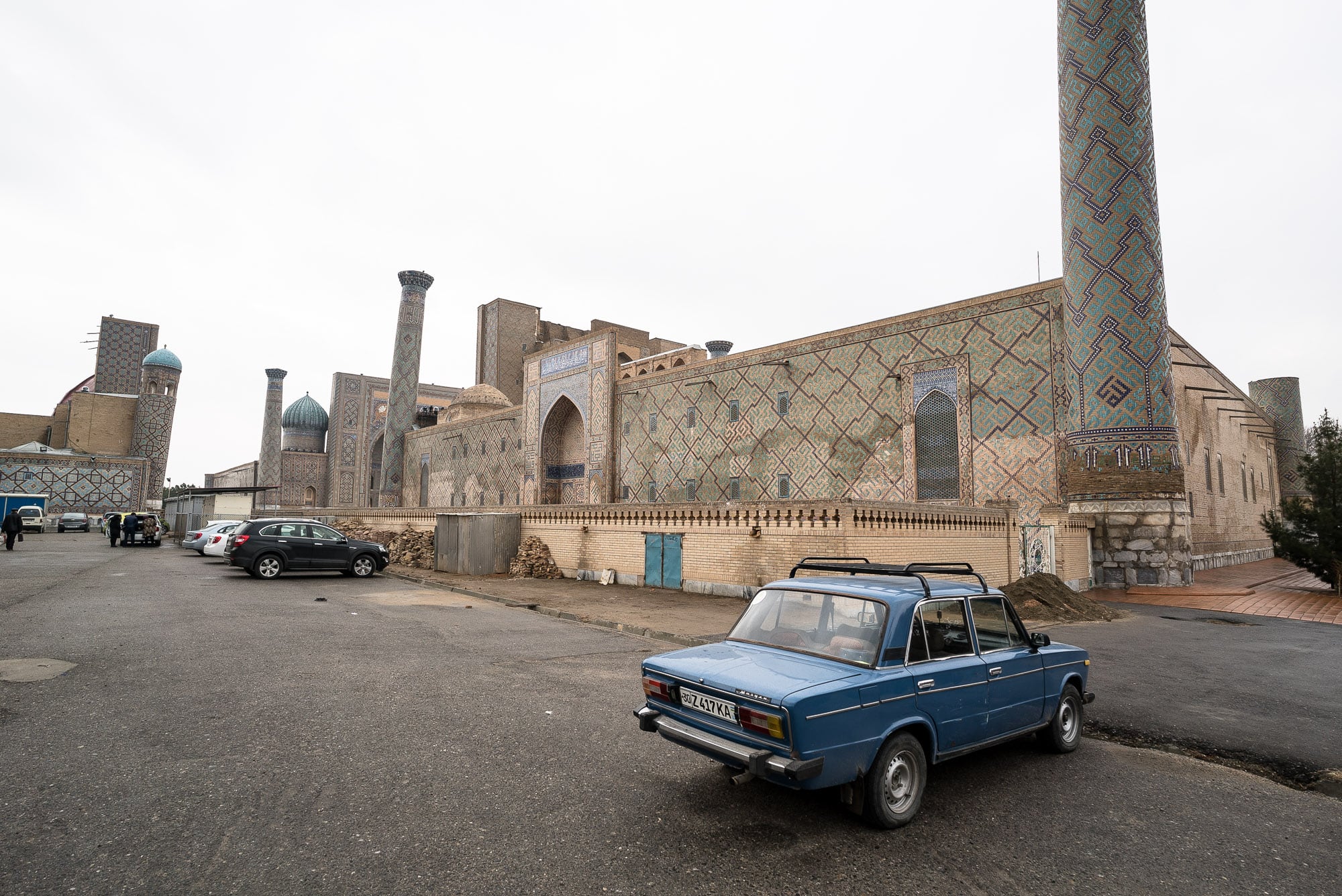 We looked at the old buildings from a less popular angle: 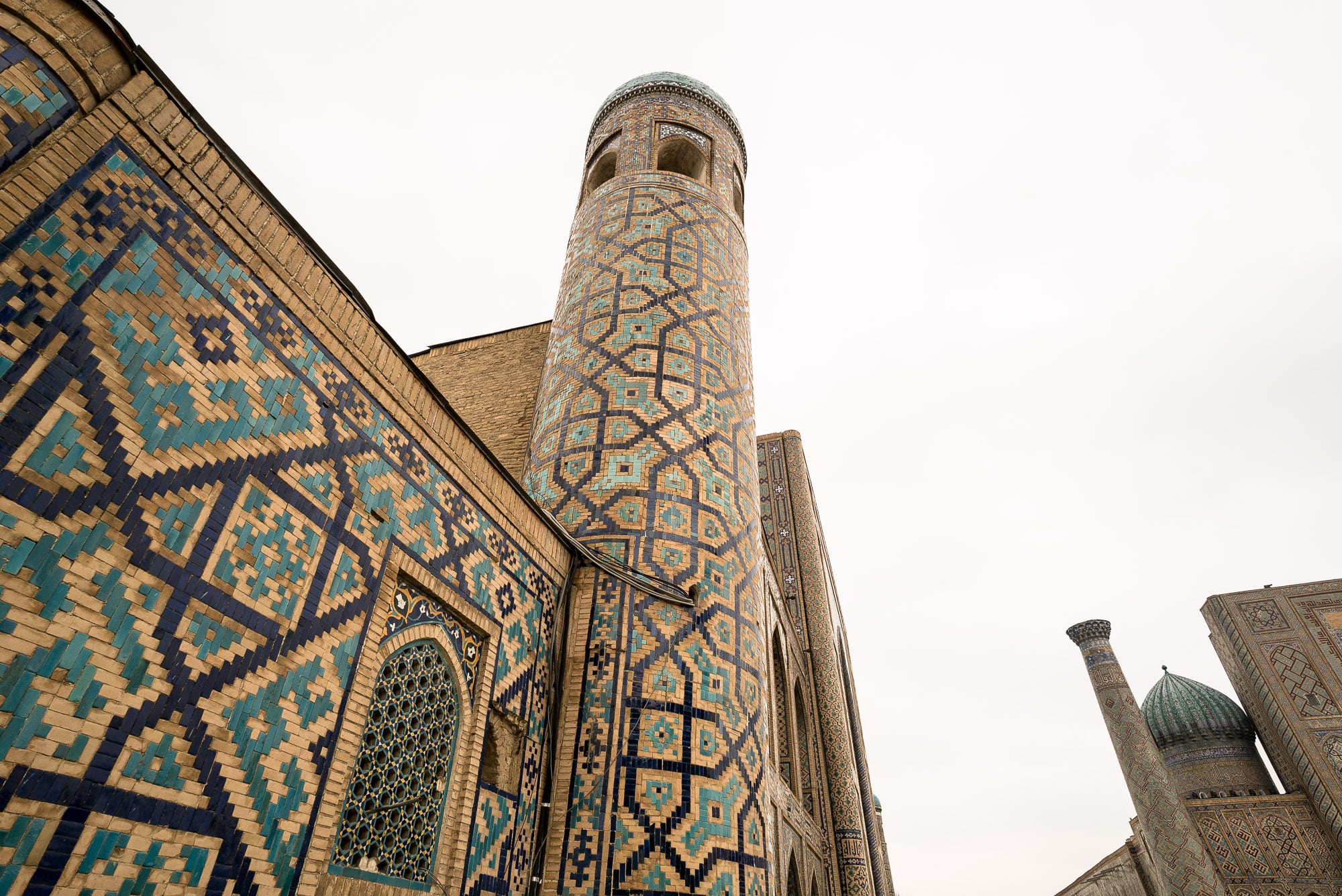 And we liked that, too.

There were buildings that looked old virtually everywhere: 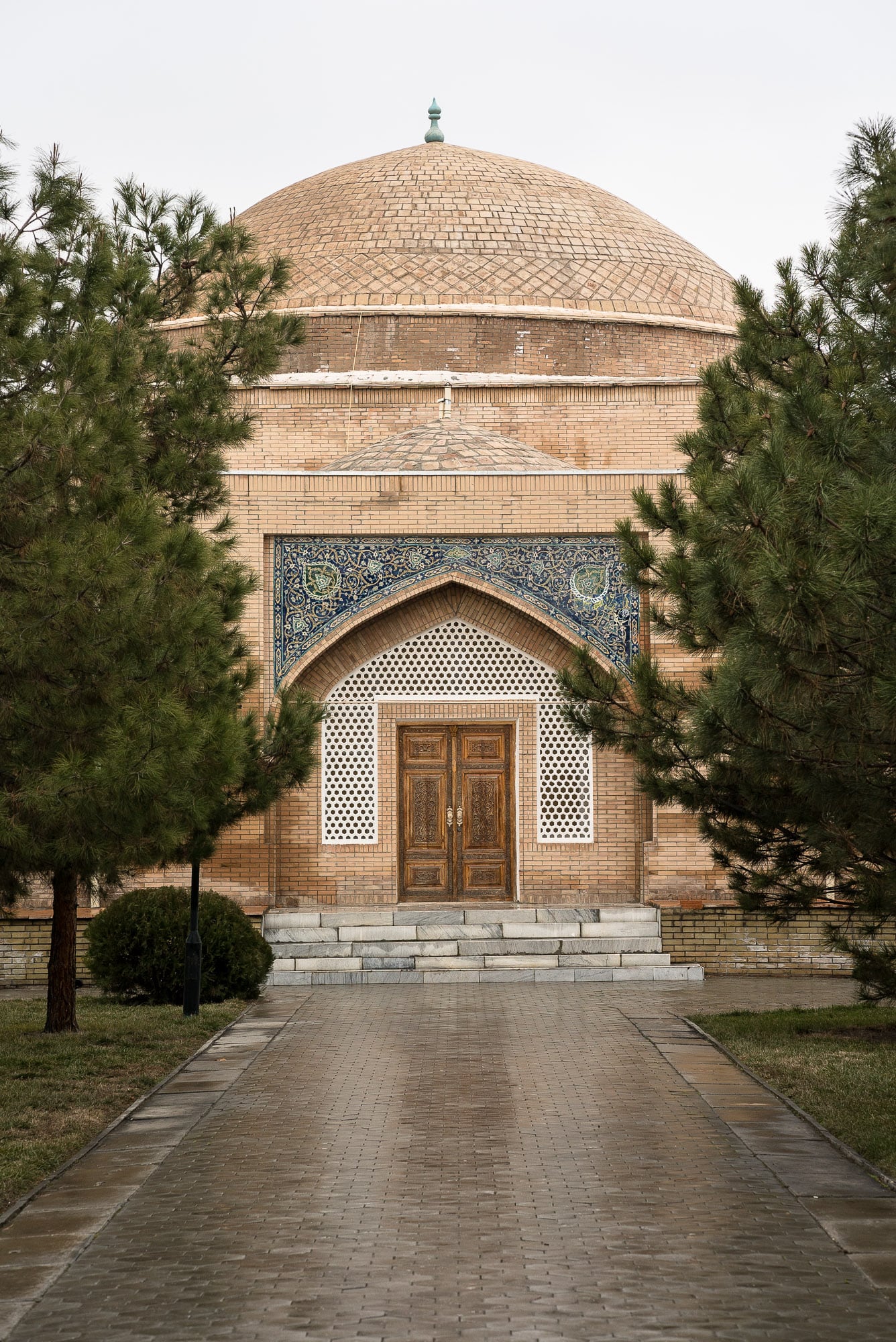 There were door knobs waiting to be touched: 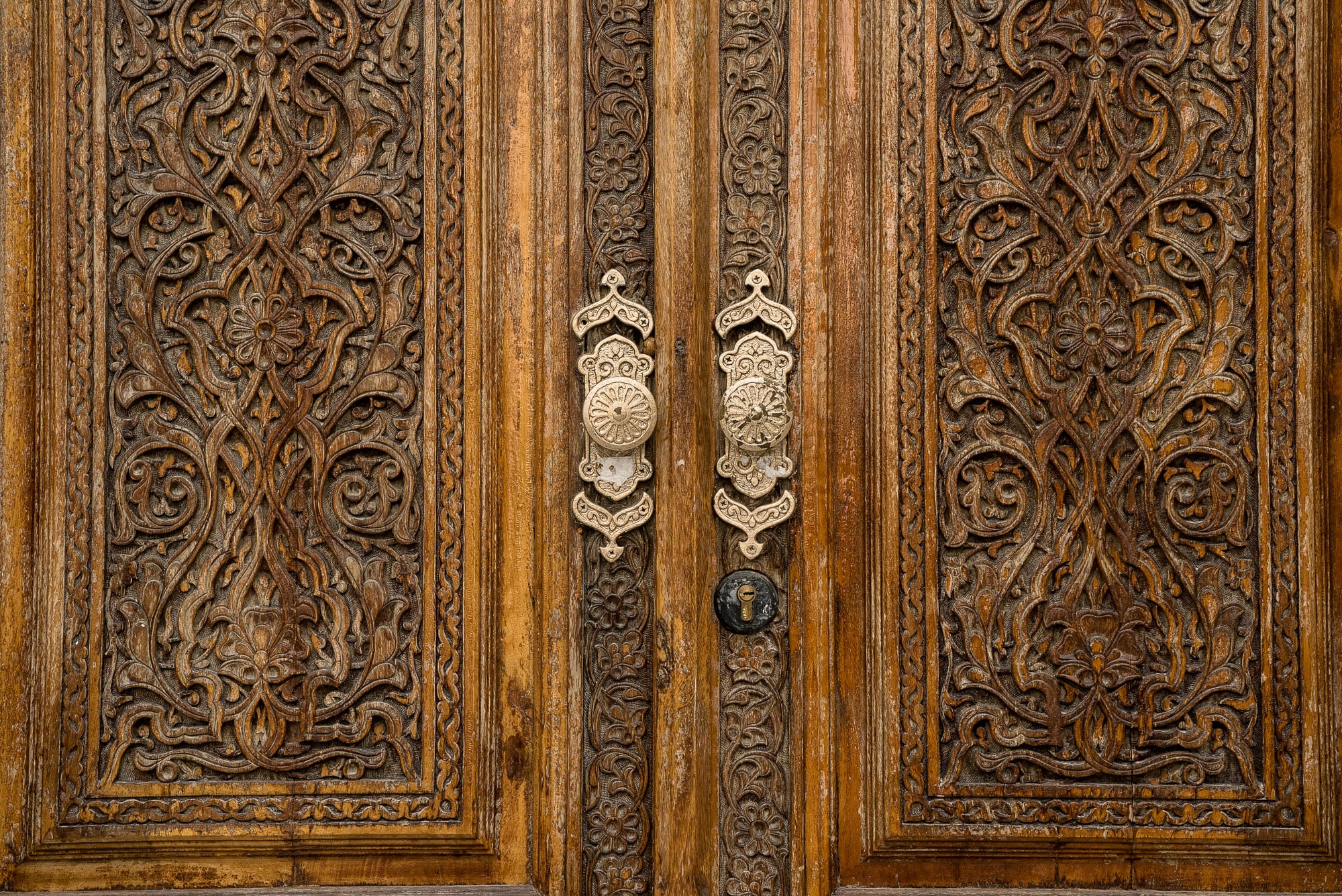 We paid for a ticket and stepped into the Registan: 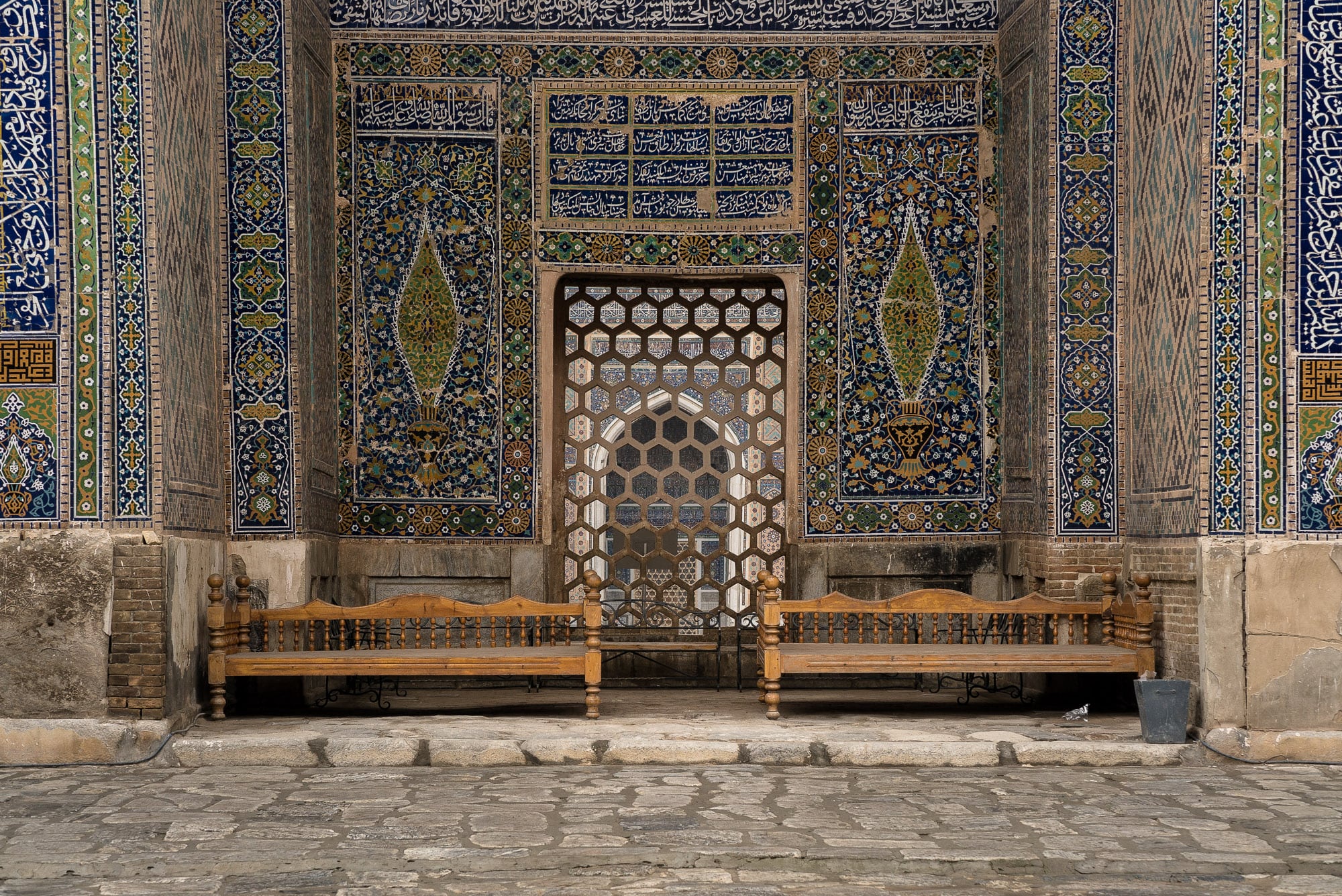 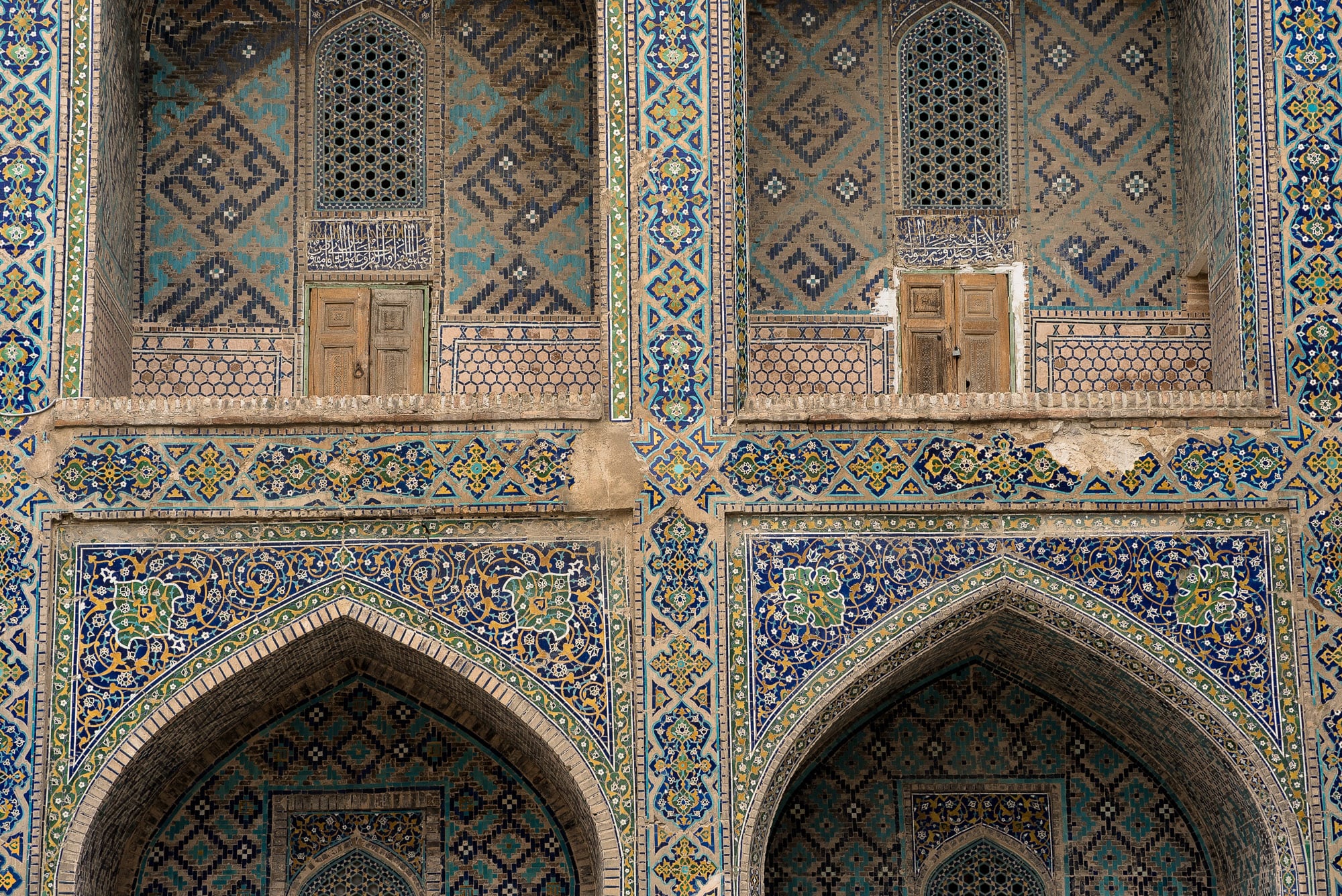 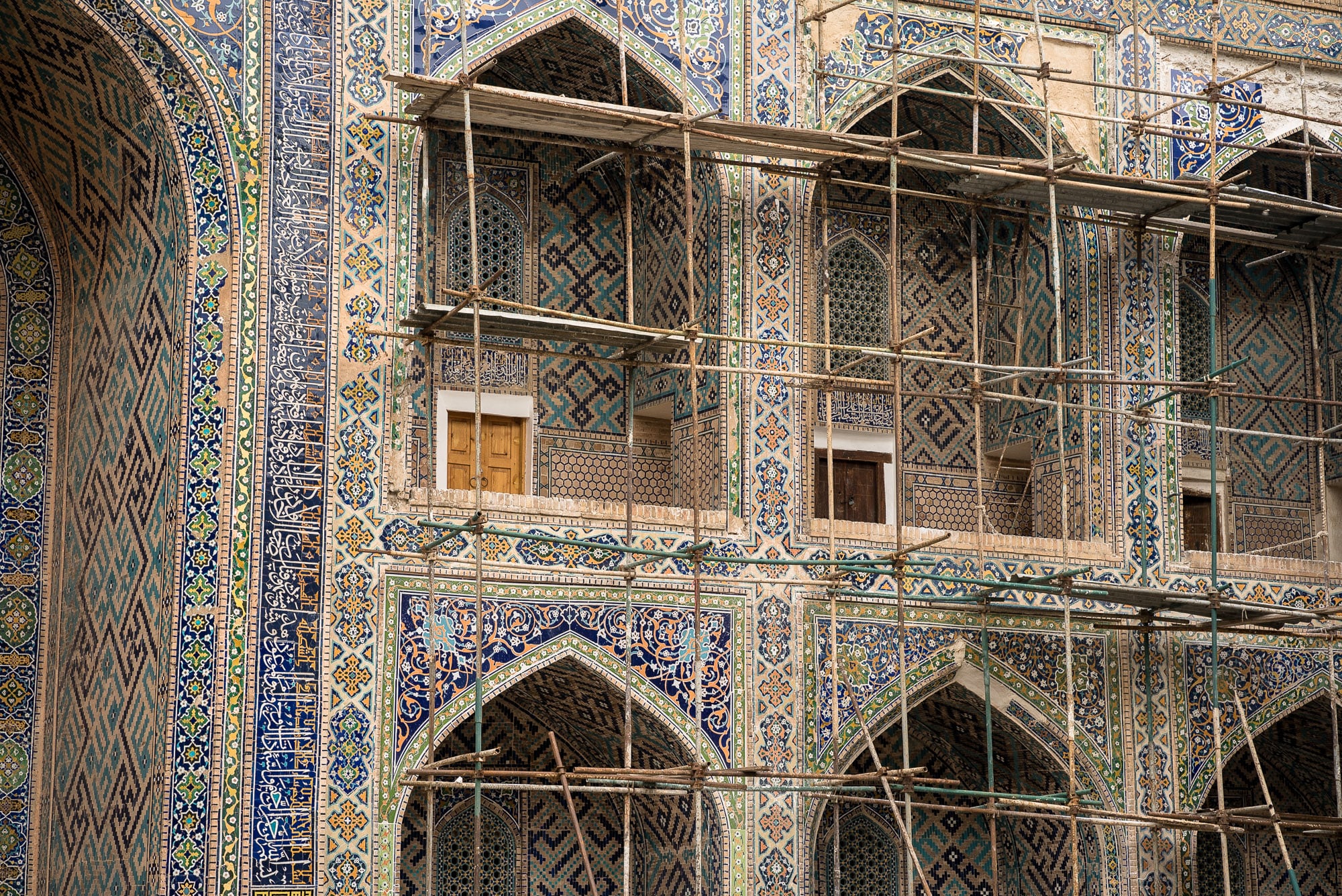 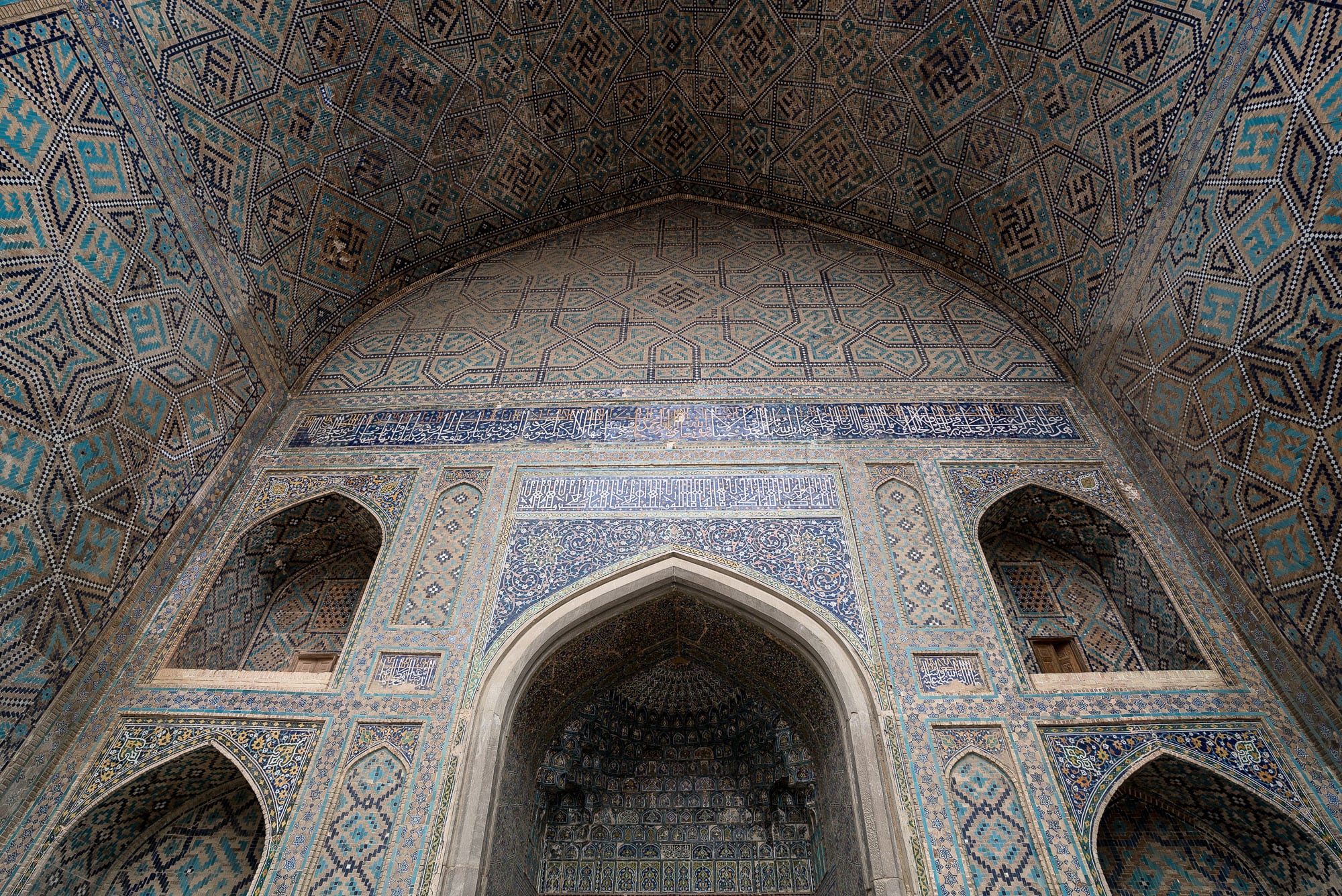 And there was a lot to be seen: 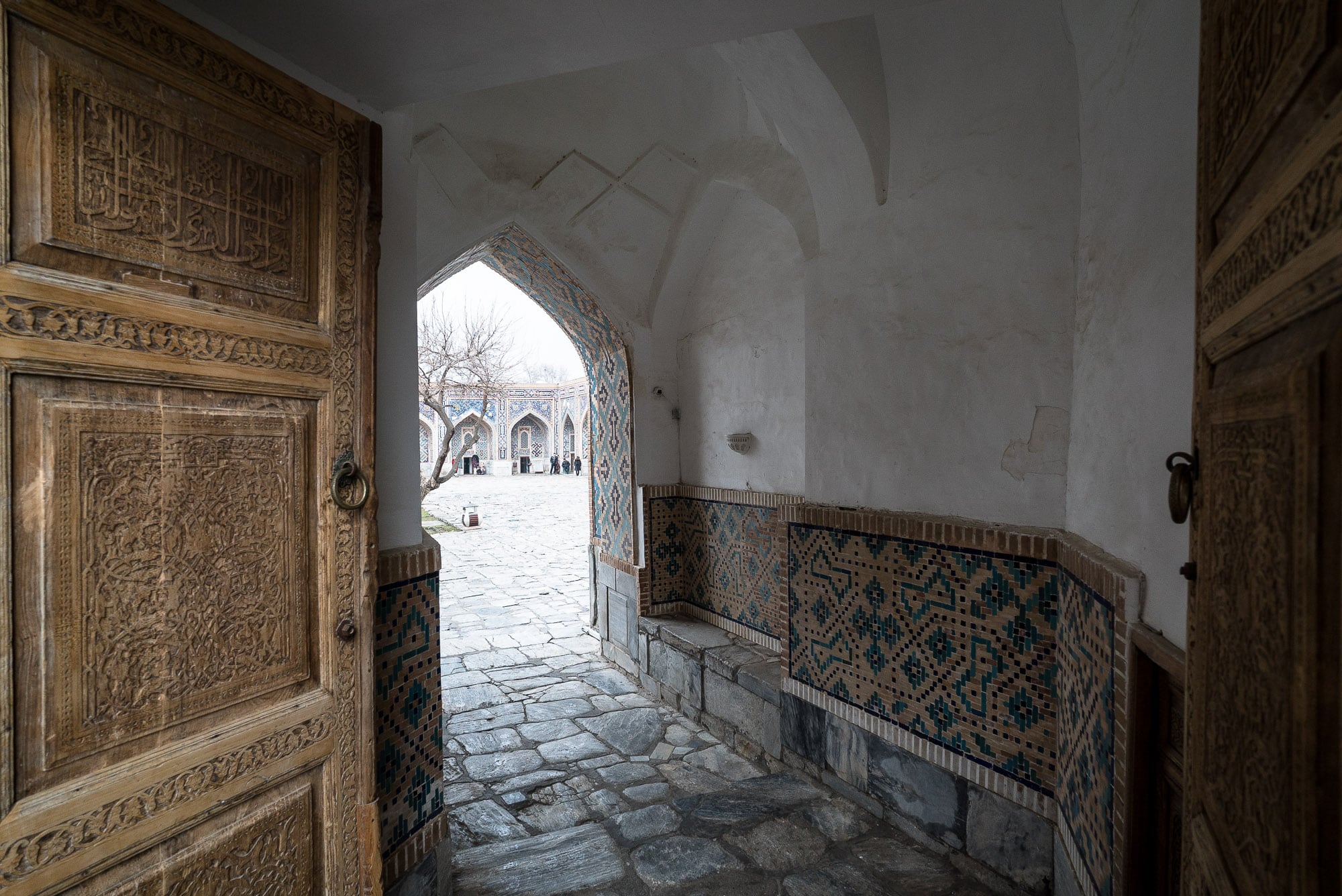 There was one hall where you could stand under a golden dome: 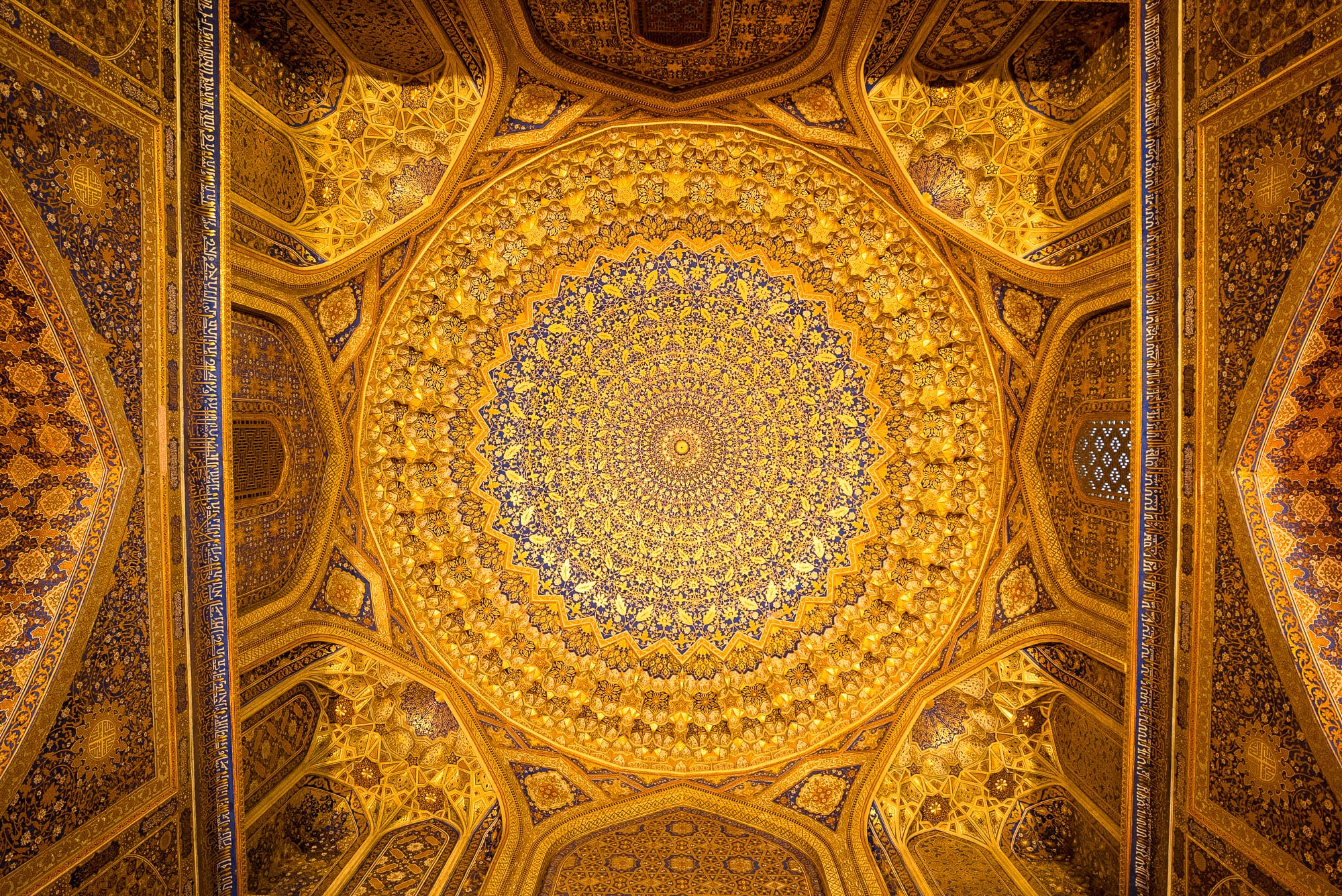 Looking at the abundance of ornaments, I thought that this seemed to be a logical outcome of the aniconism in Islam – the ban of figurative imagery. If you were an artist and I told you that you were not to make any images of living things anymore, you would probably come up with elaborate ornaments like these as well: 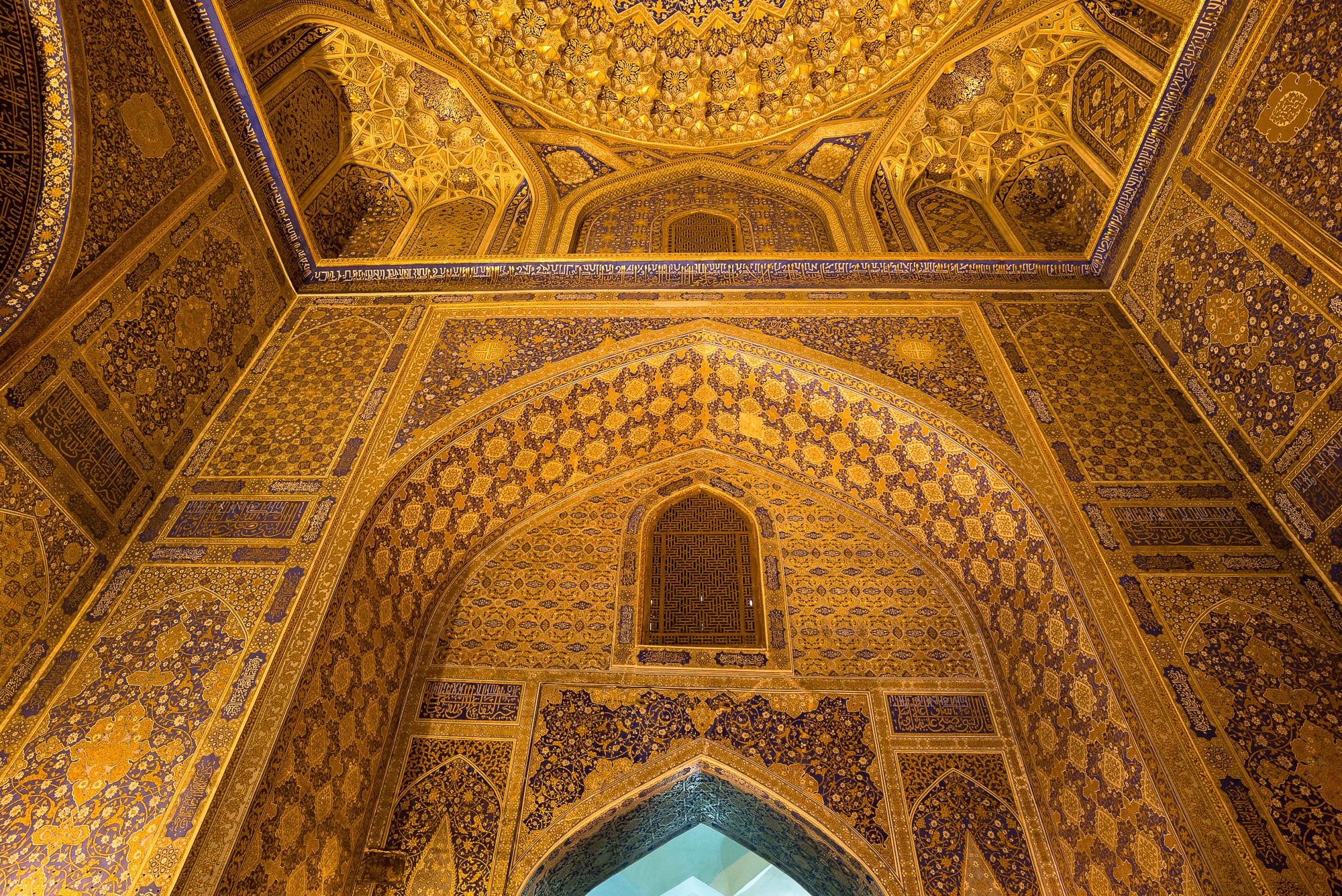 At the core of art there is abstraction and limitation.

But both are loose concepts: 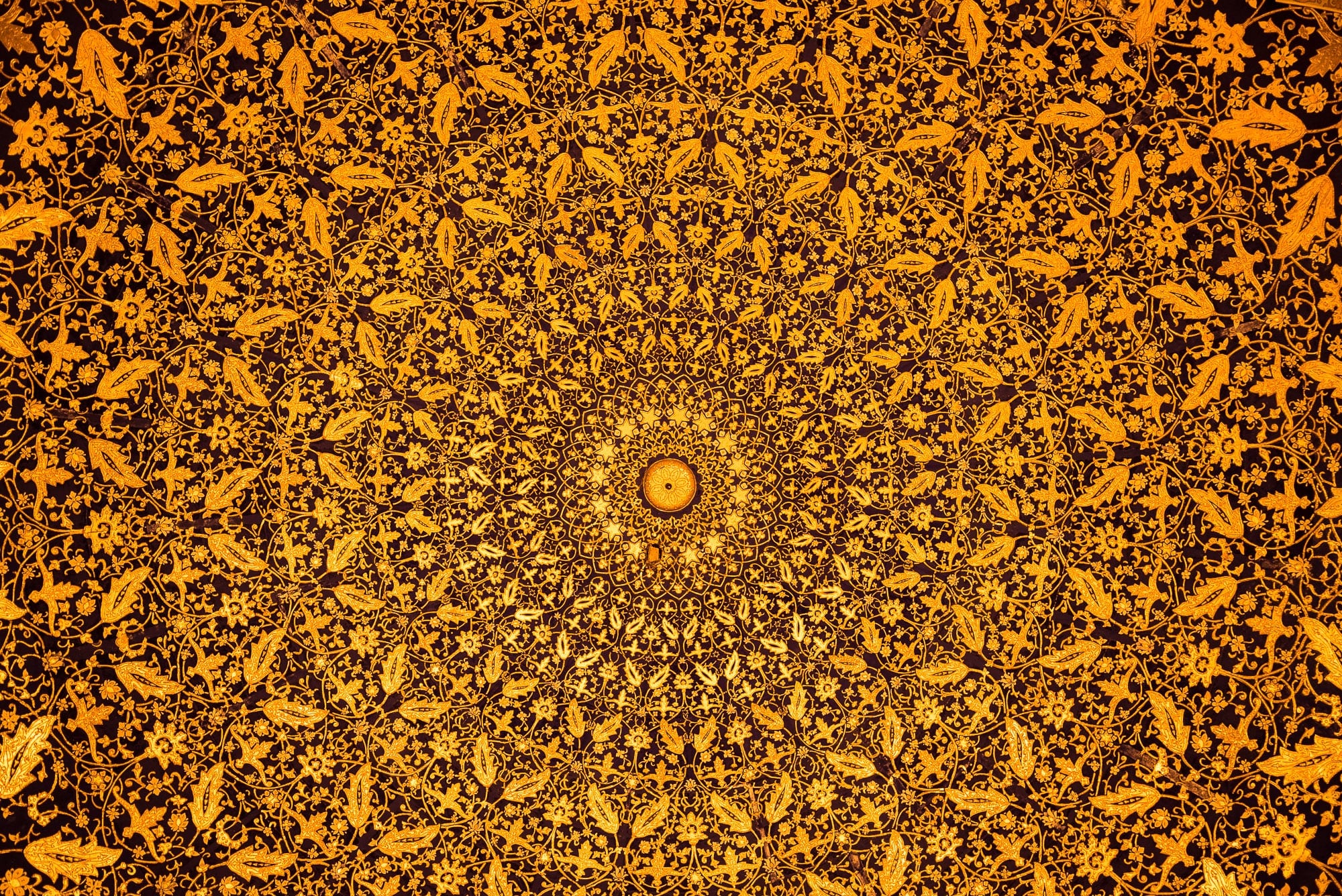 I was reminded of a honeycomb: 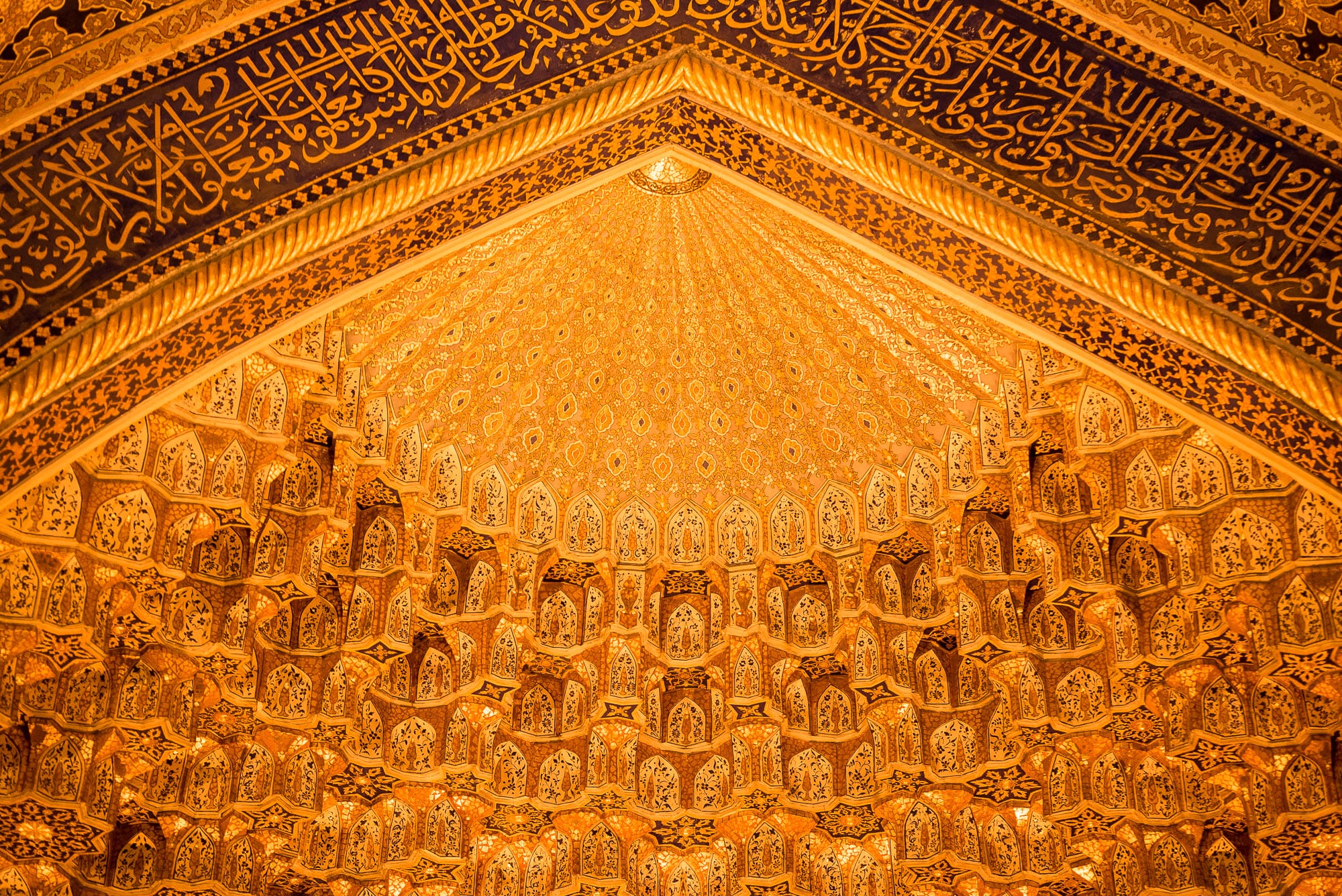 It was as if the walls had the ability to glow: 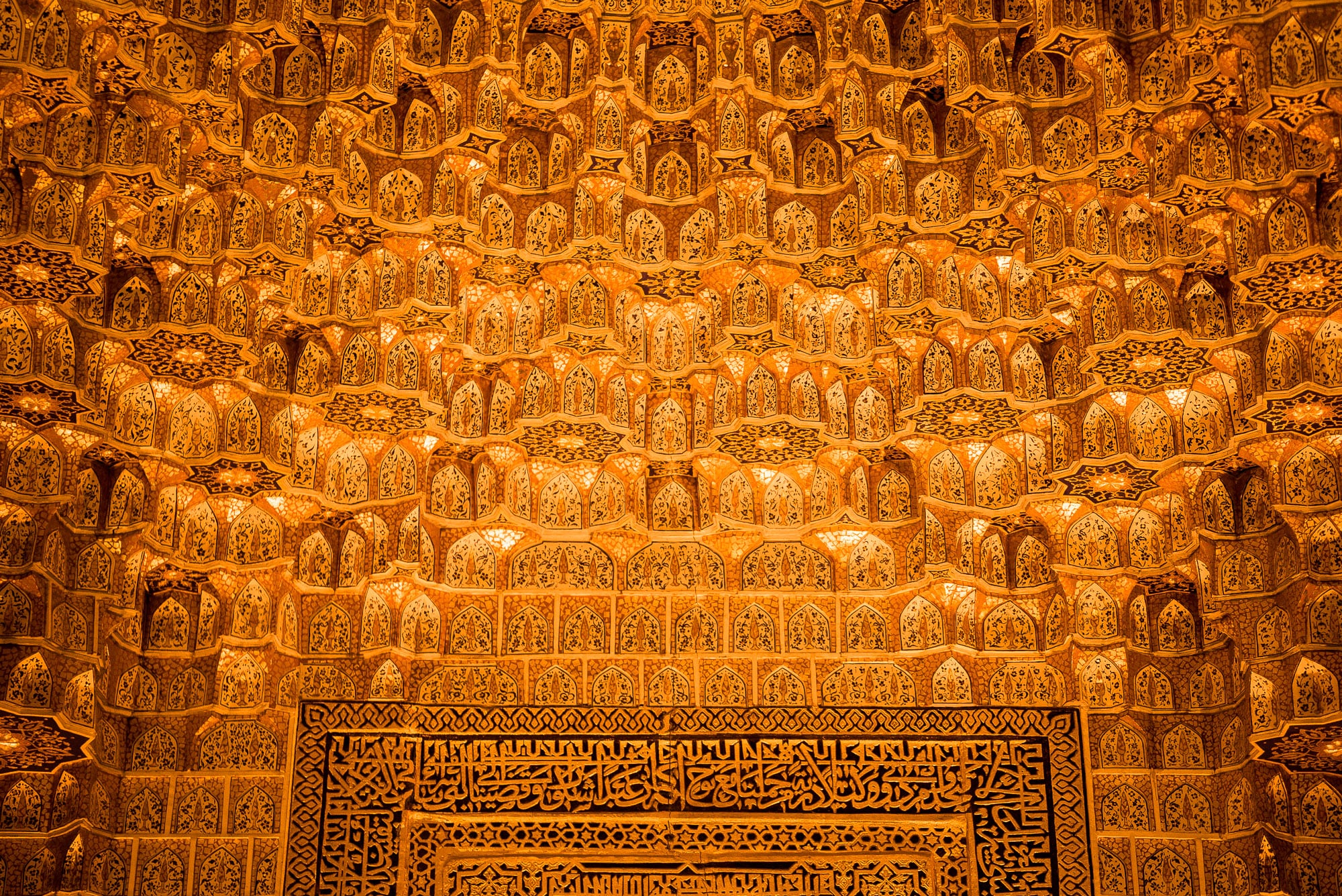 But there is one thing that I haven’t told you yet.

The whole place, and I mean the WHOLE place, is full of souvenir shops: 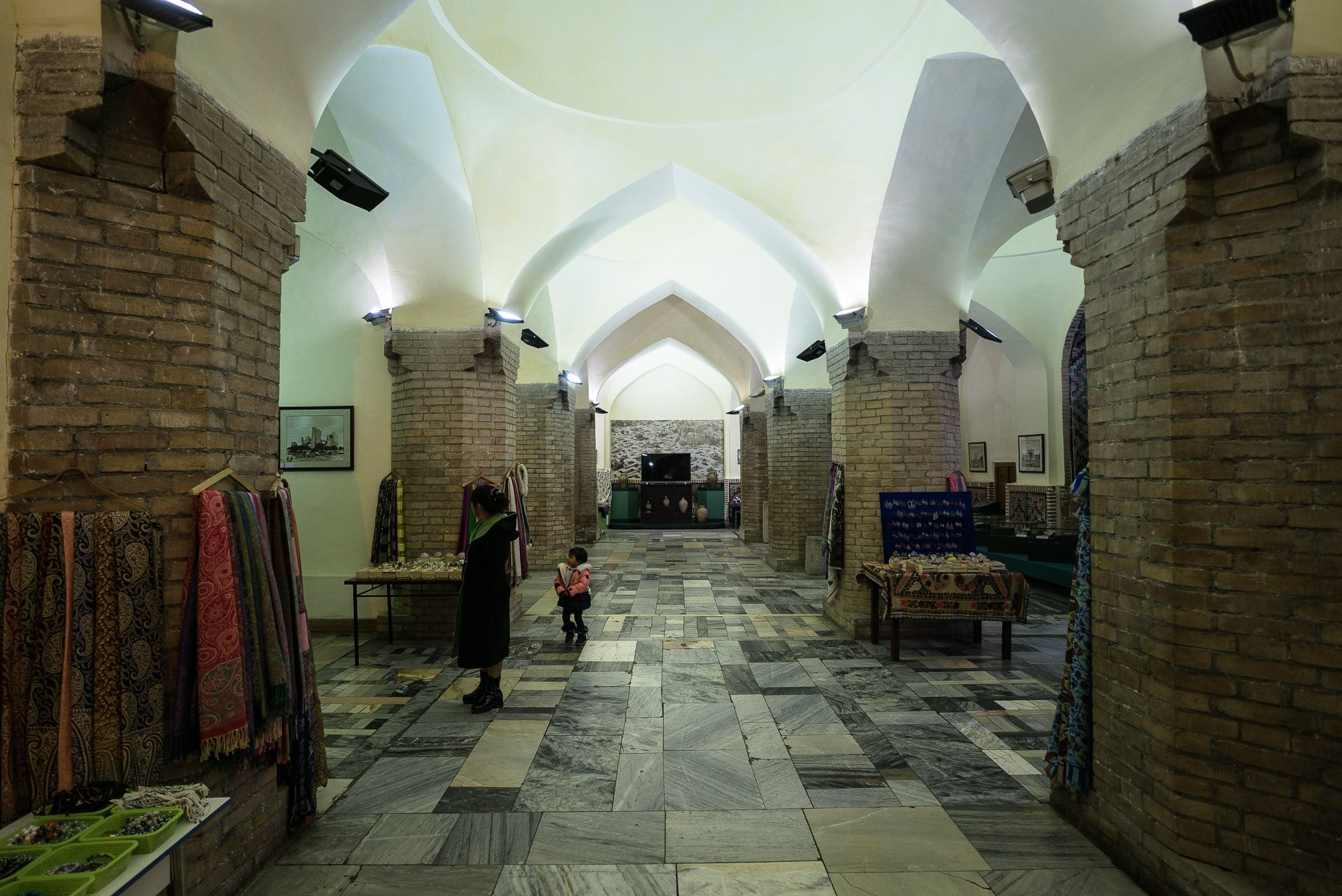 Look at the doors in the back of this courtyard: 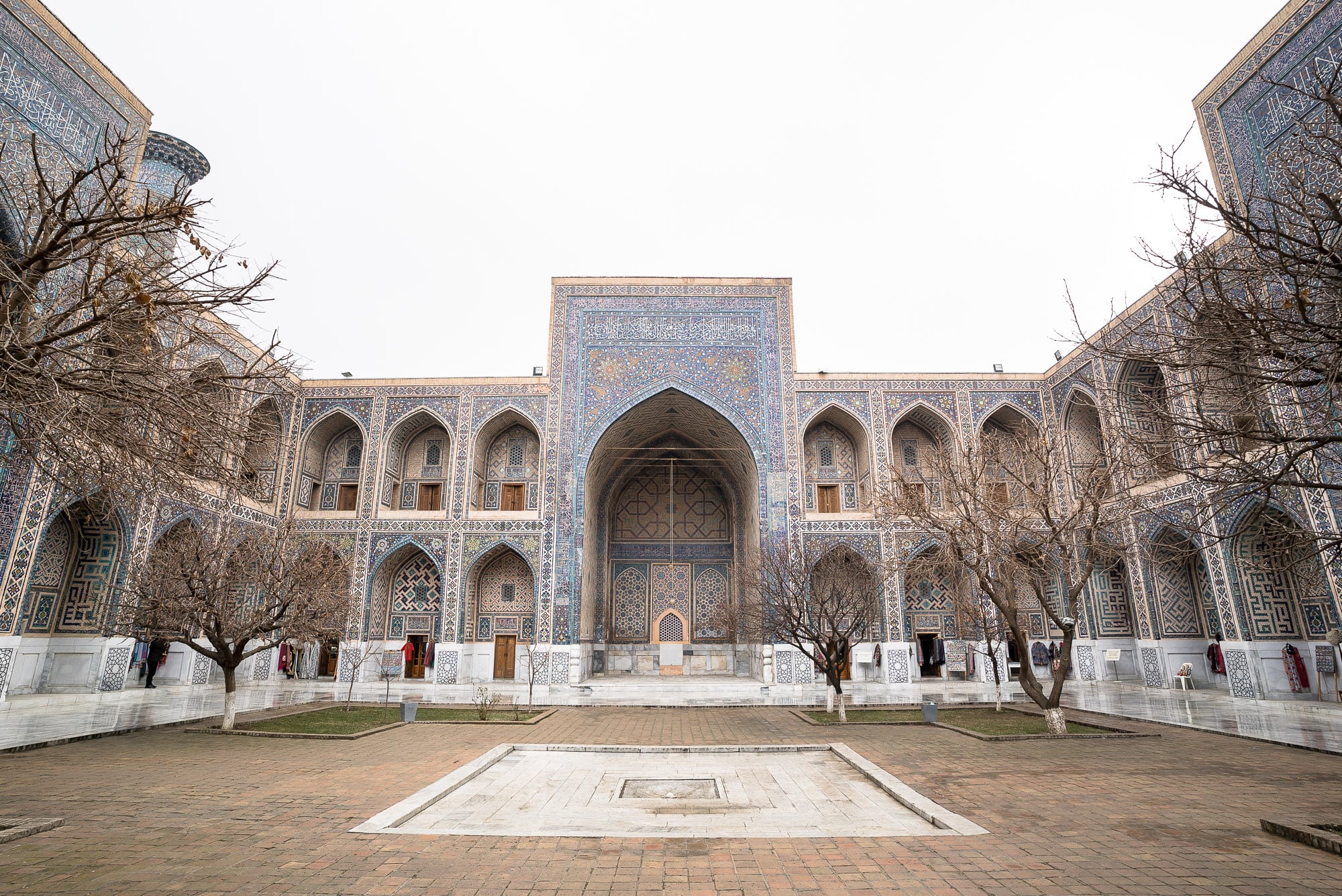 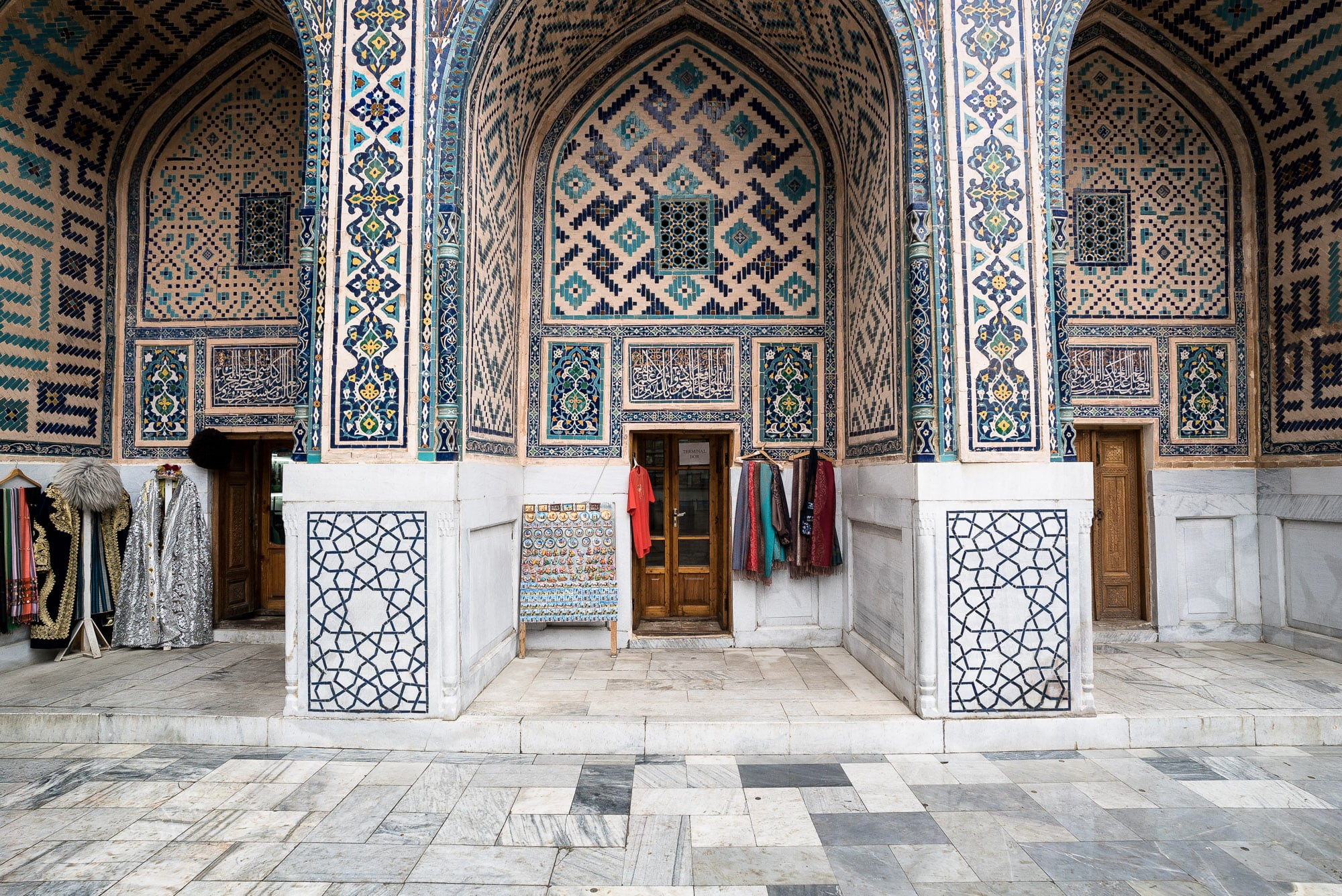 All of them selling the same things: 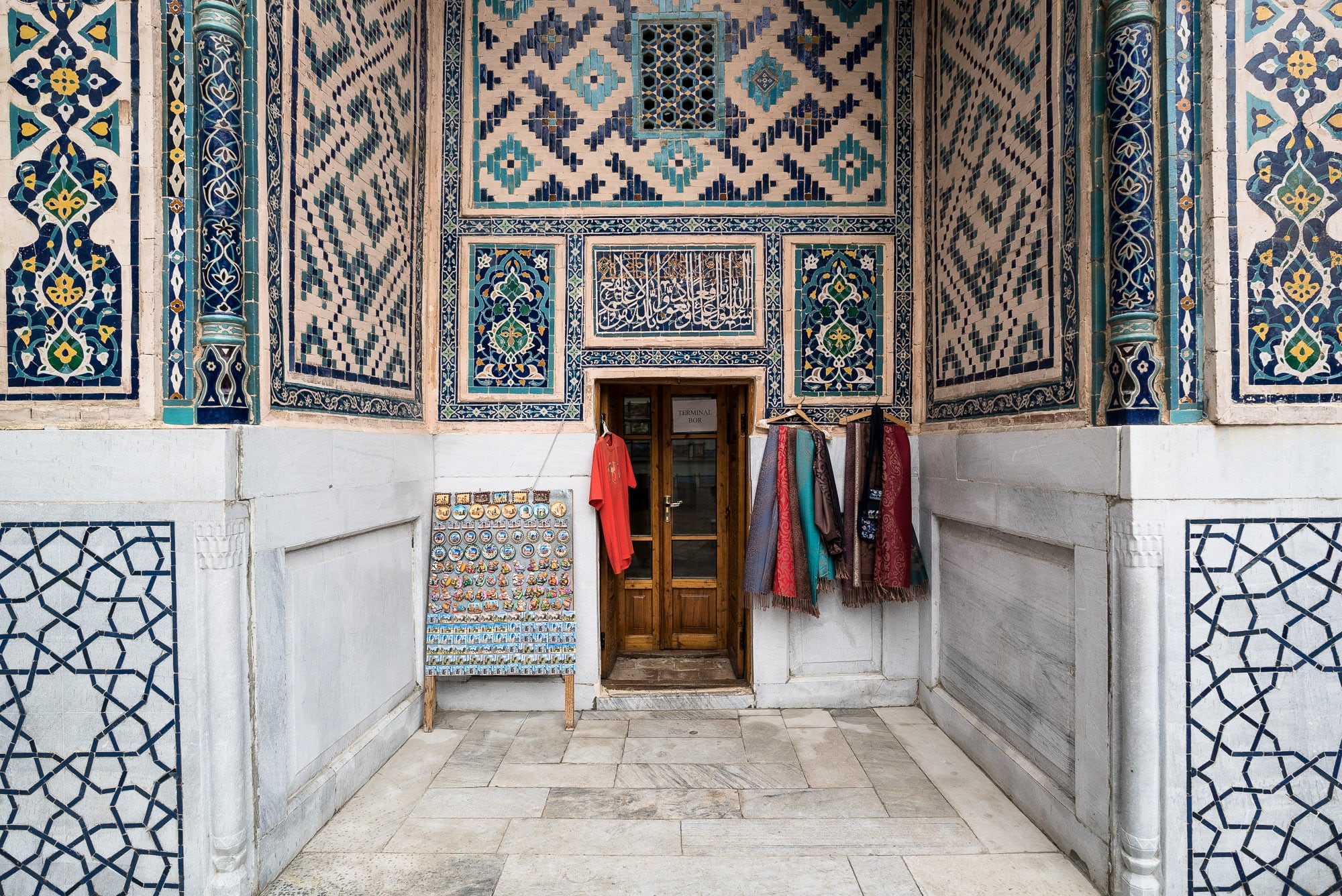 But again, the place was nice: 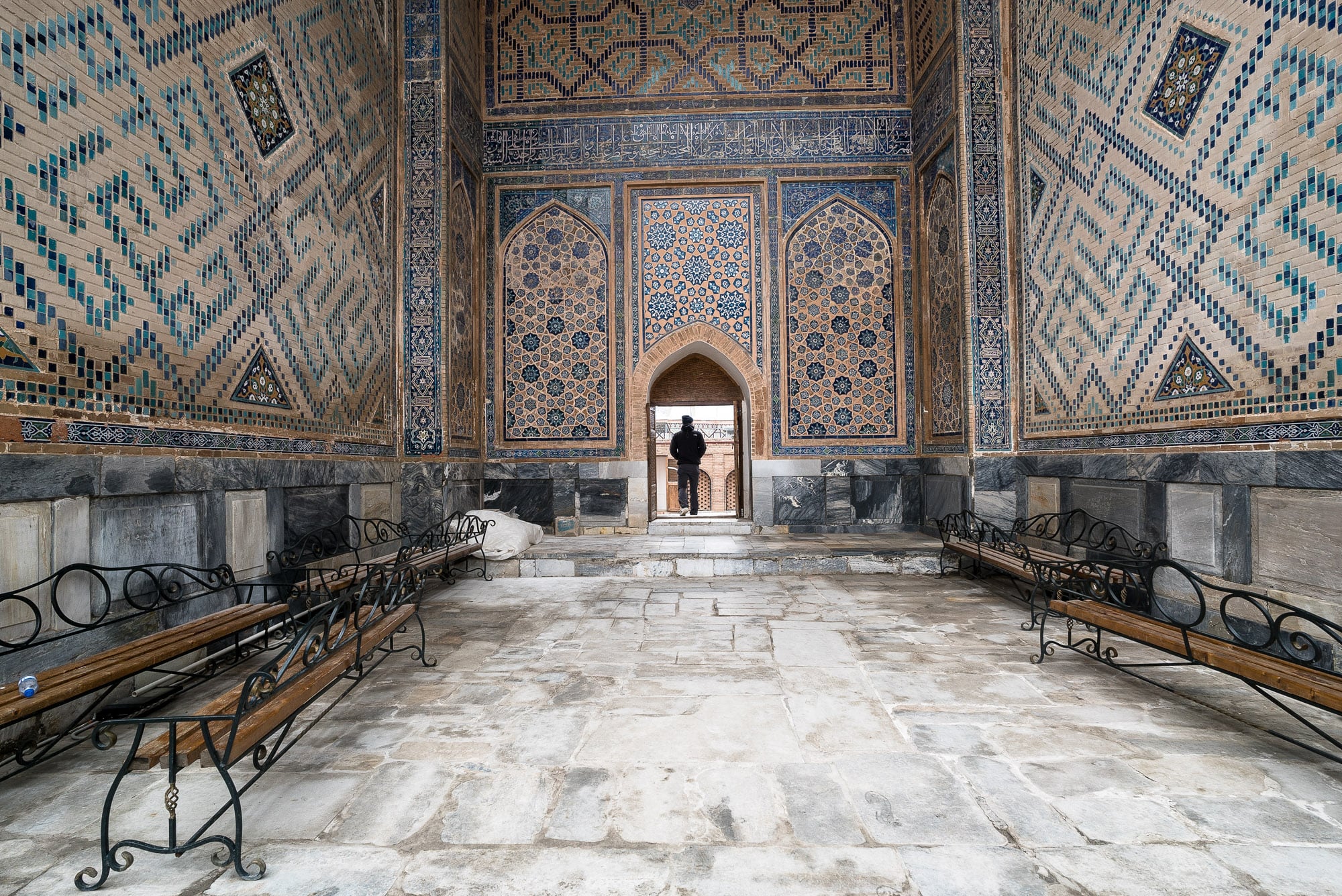 A strange mix of old and new, of commerce and history, but nice: 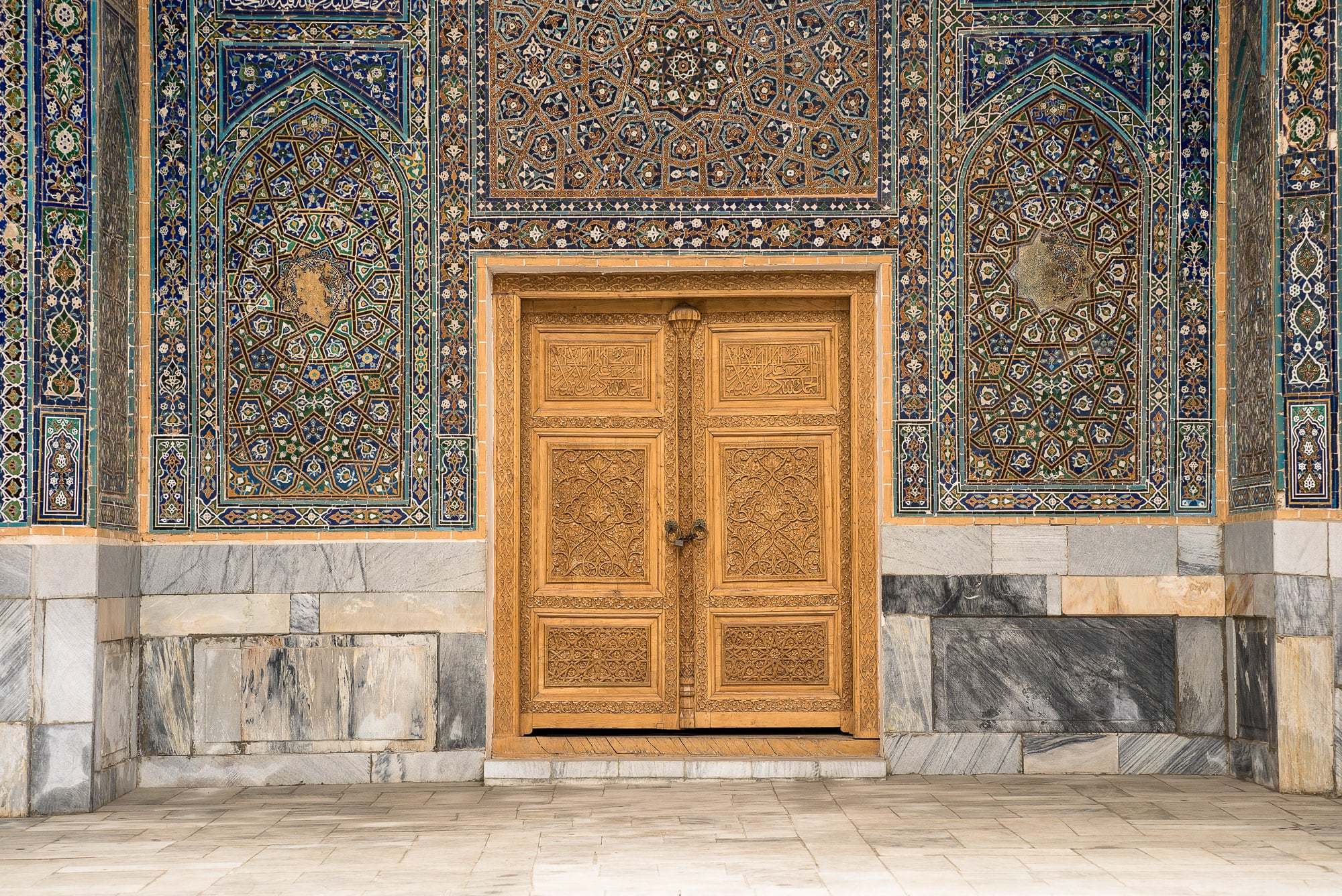 We went to the Bibi-Khanym Mosque, the place that I had mistaken for the Registan the day before, and we found one of its buildings to be reduced to ruins on the inside: 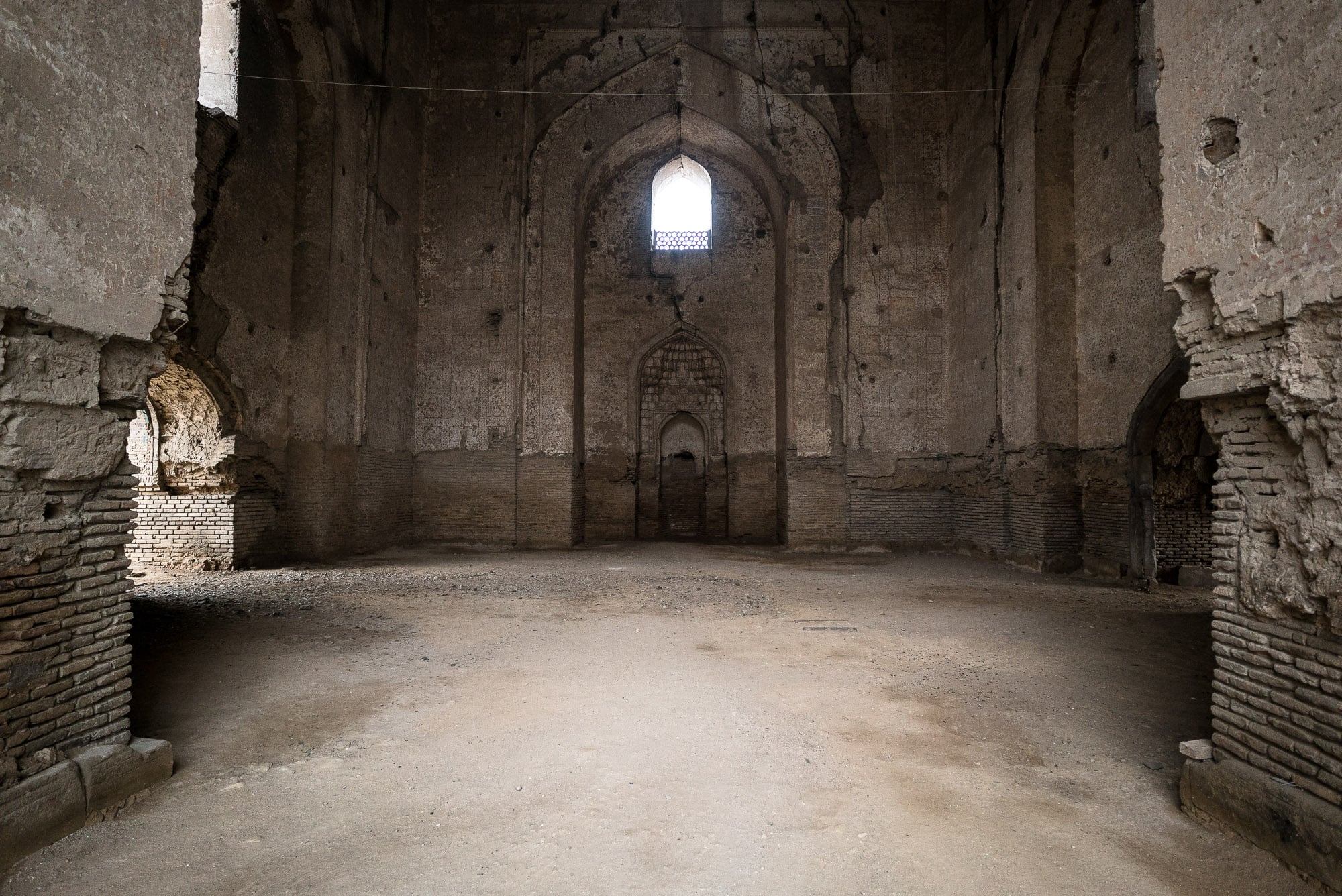 Then we went and had dinner. At first we tried to find a place to eat in the historical part of town, but most restaurants were specifically aimed at tourists. There is of course nothing wrong with that per se, but it usually means that their business model revolves around location and ambience rather than the culinary pleasure of returning guests. So we went to a place a bit outside of the historical city. 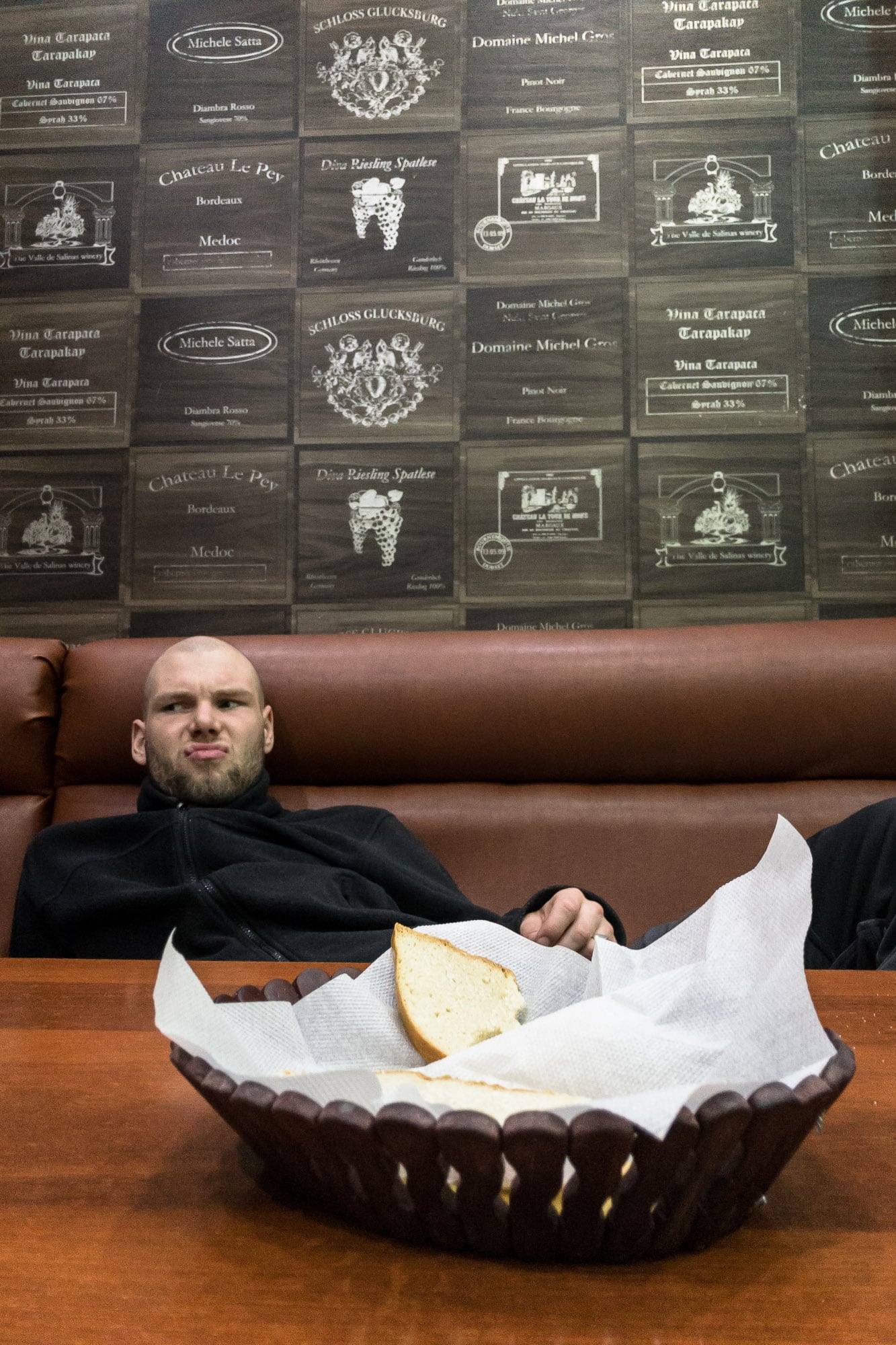 We had borscht, and it was quite excellent.

Then we walked home to our hotel, and once we got there we realized that we were staying literally 100 feet away from the grave of Tamerlan, or Timur Lenk: 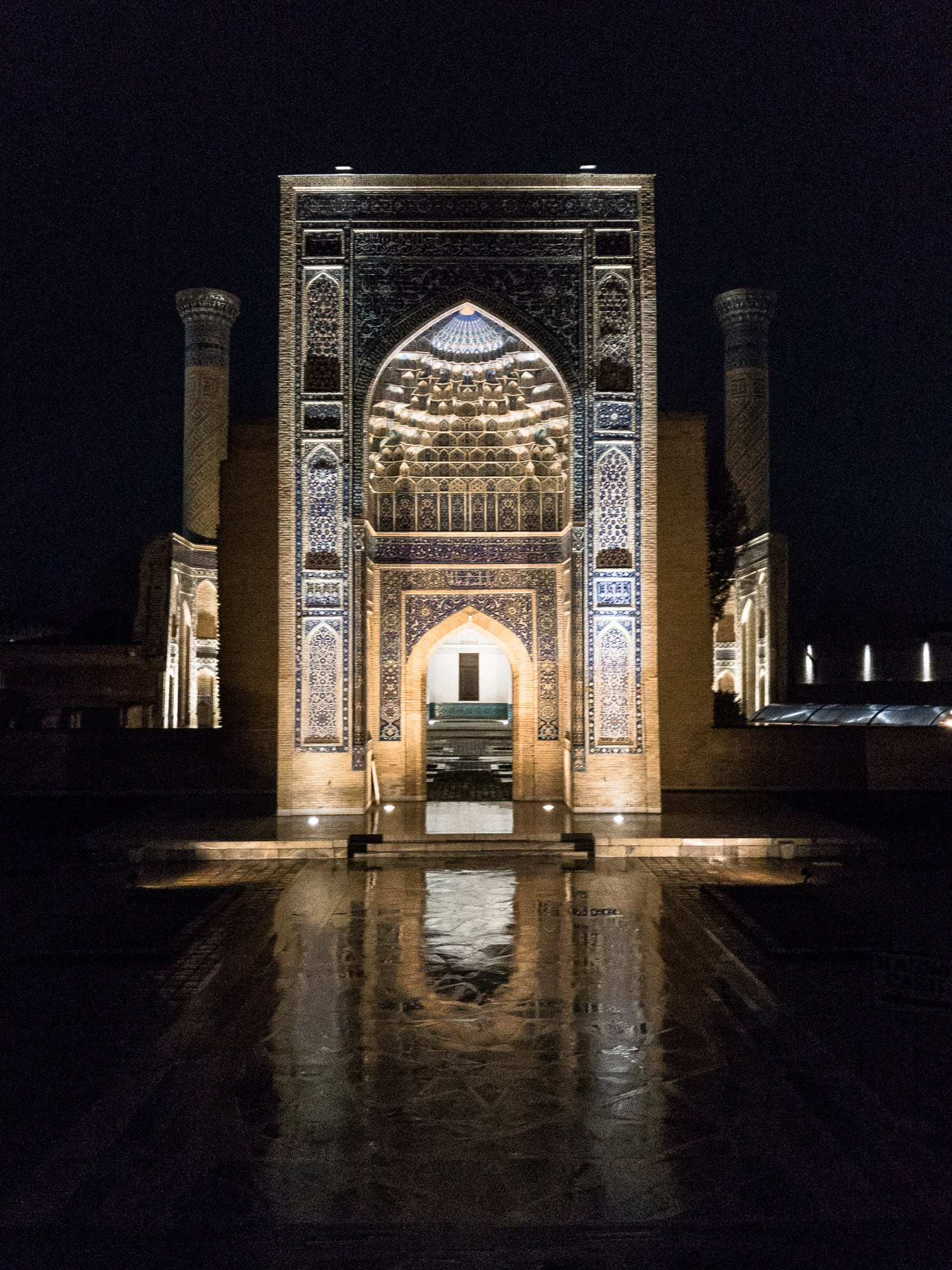