When we woke up, we were still alive. The stove was still burning. The gas hadn’t killed us.

So we left the place and got on the road.

Bought some bread on the way: 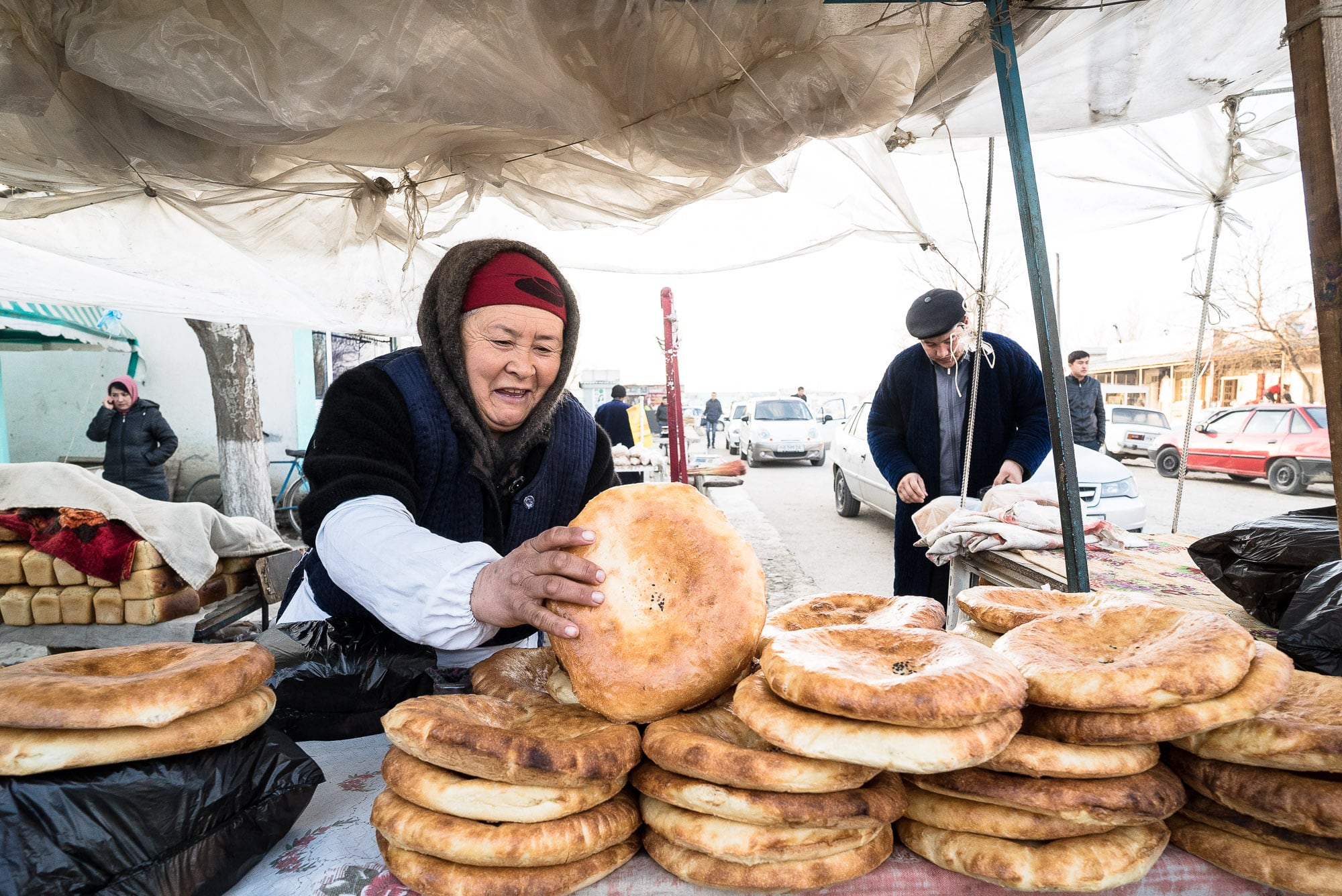 Gallaorol looked a bit better in the sun, but only a bit: 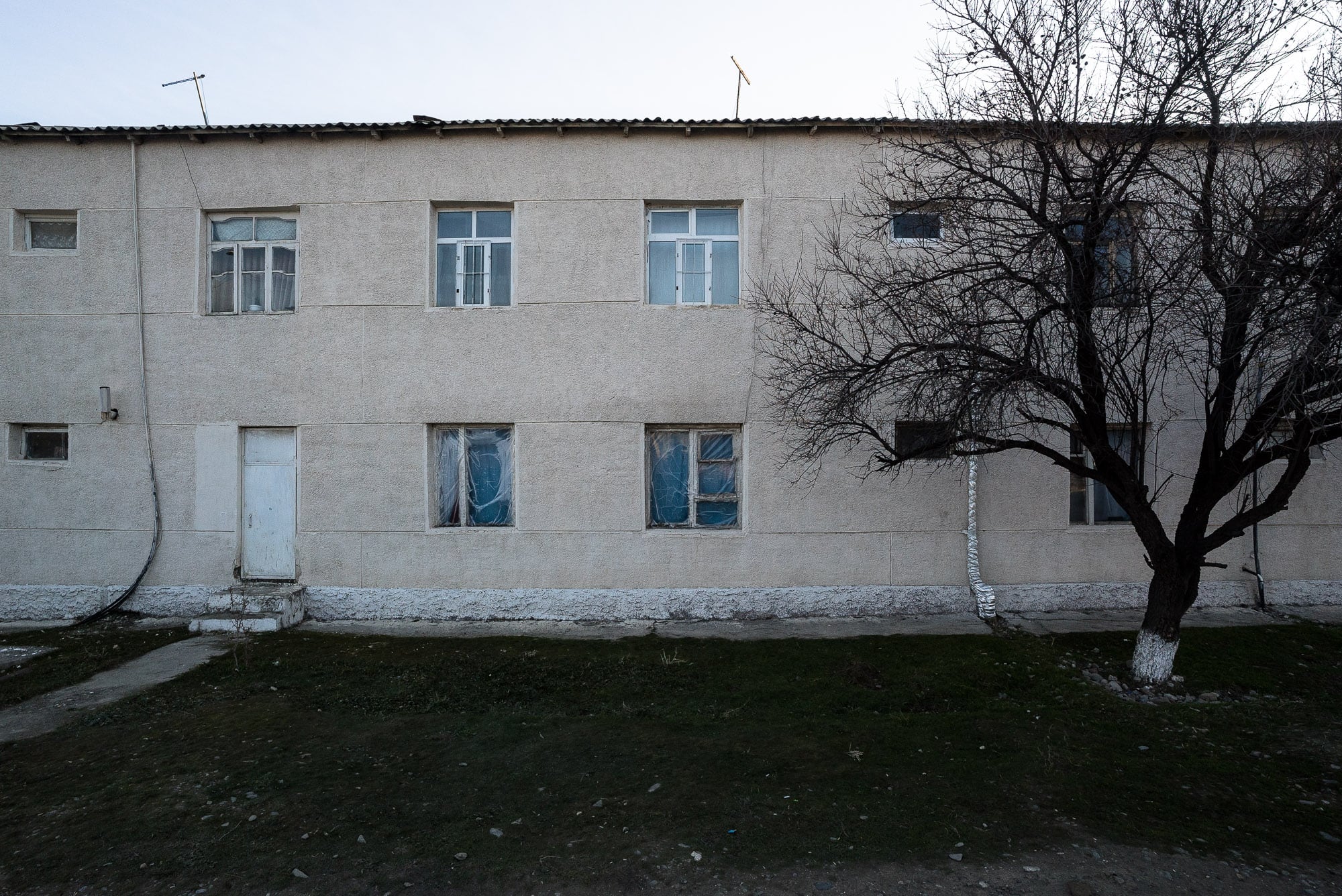 I got a bit upset at this stretch of sidewalk that got more and more narrow until I could not pass through with the Caboose: 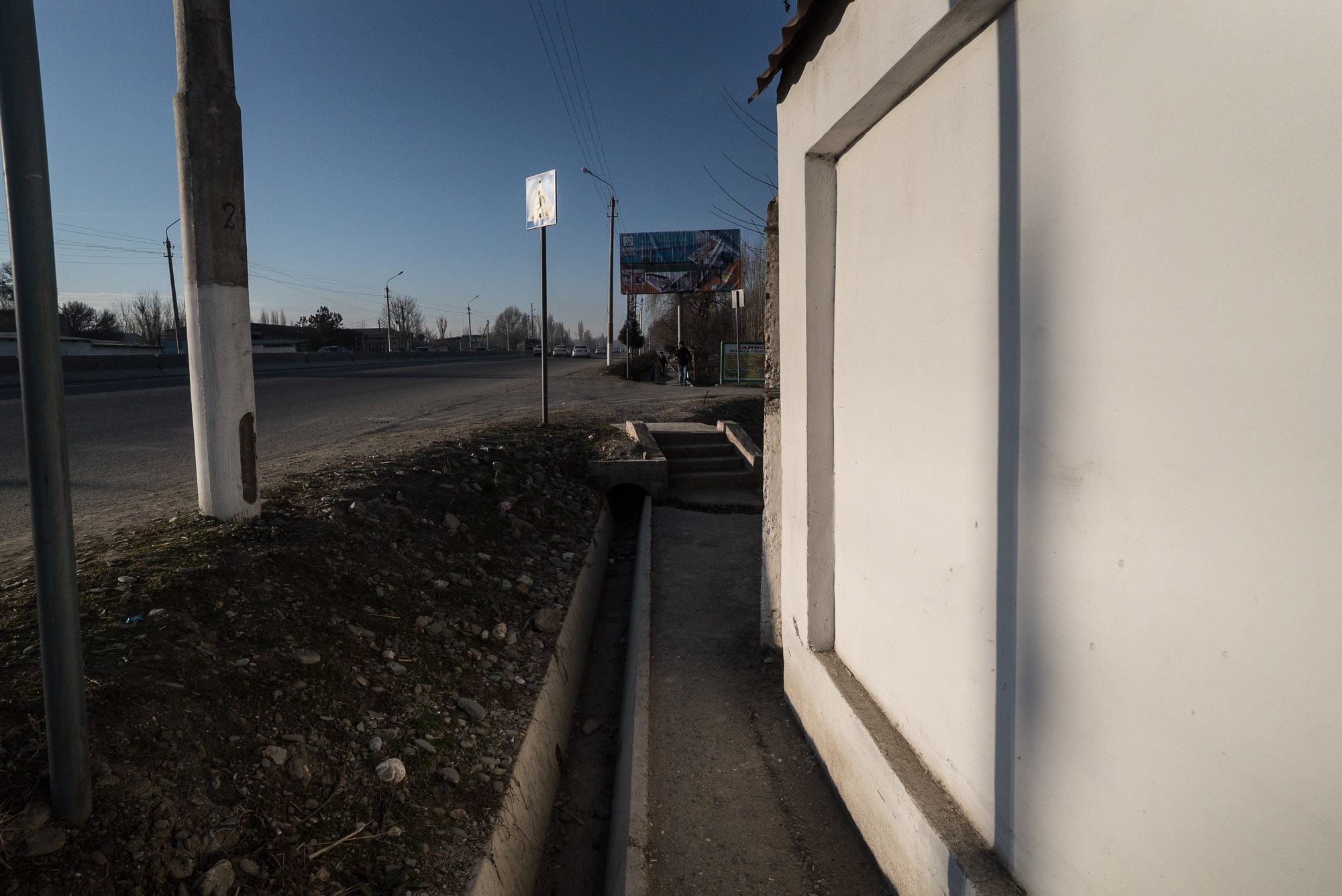 Then we had left Gallaorol behind: 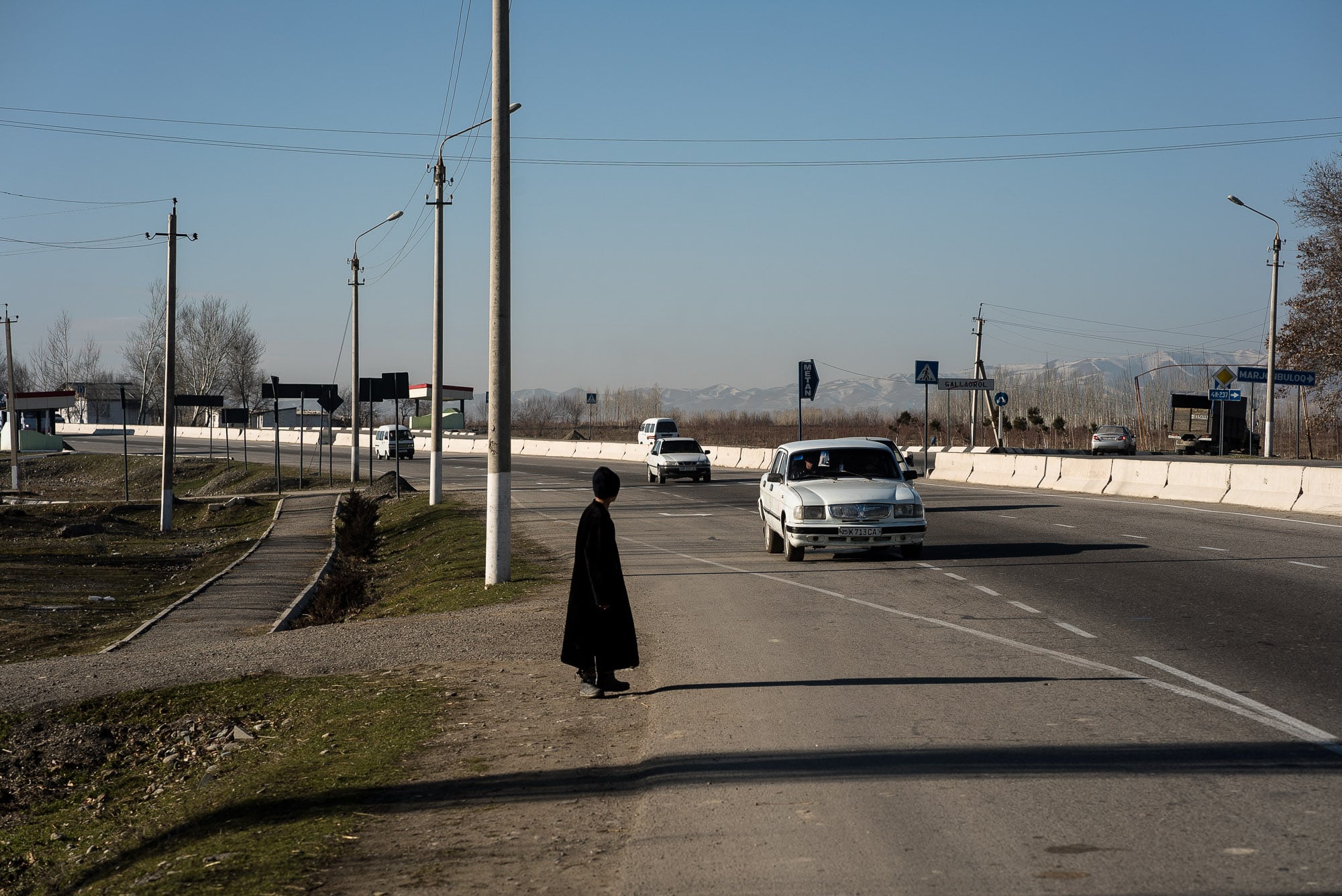 We were still on the mountain road: 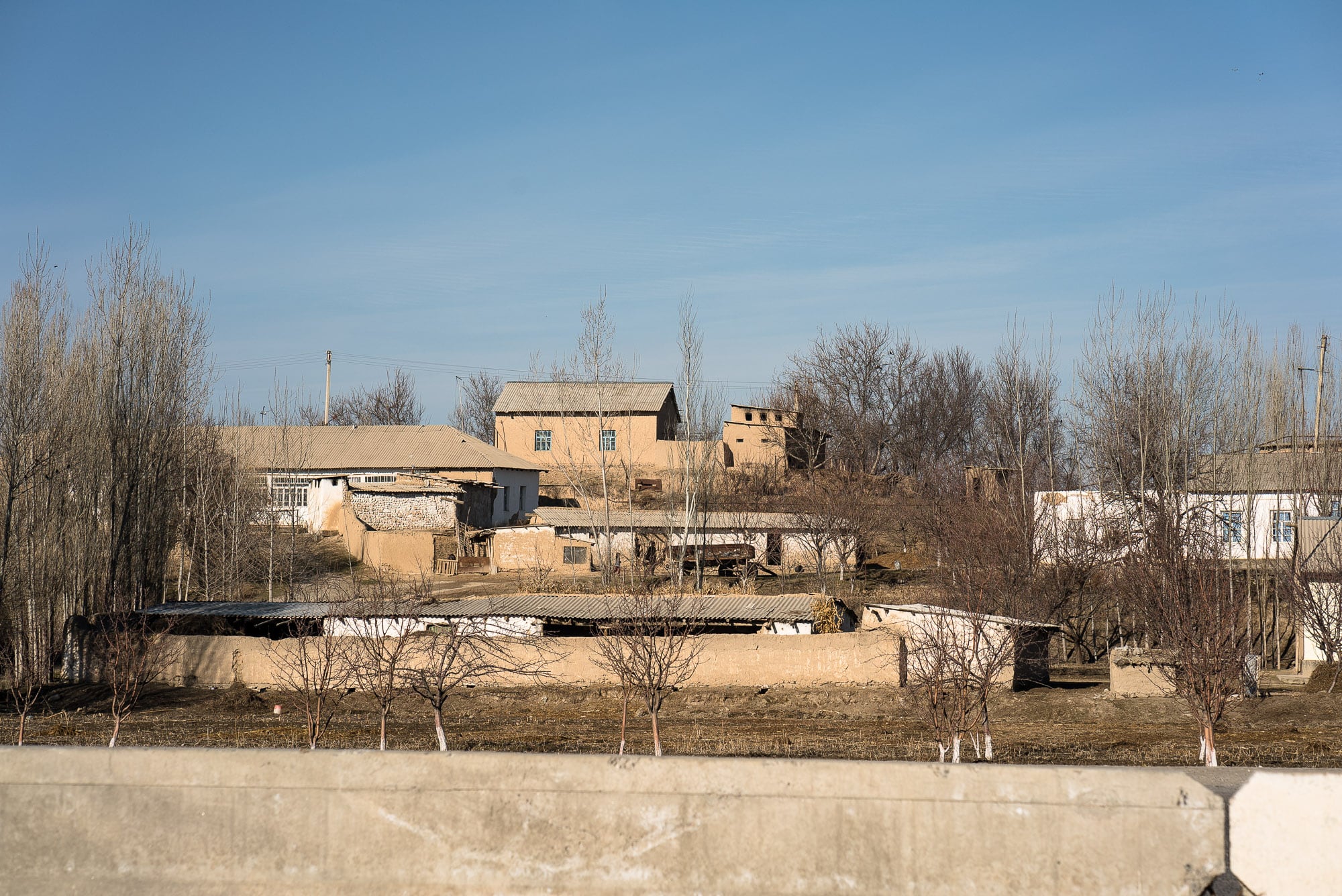 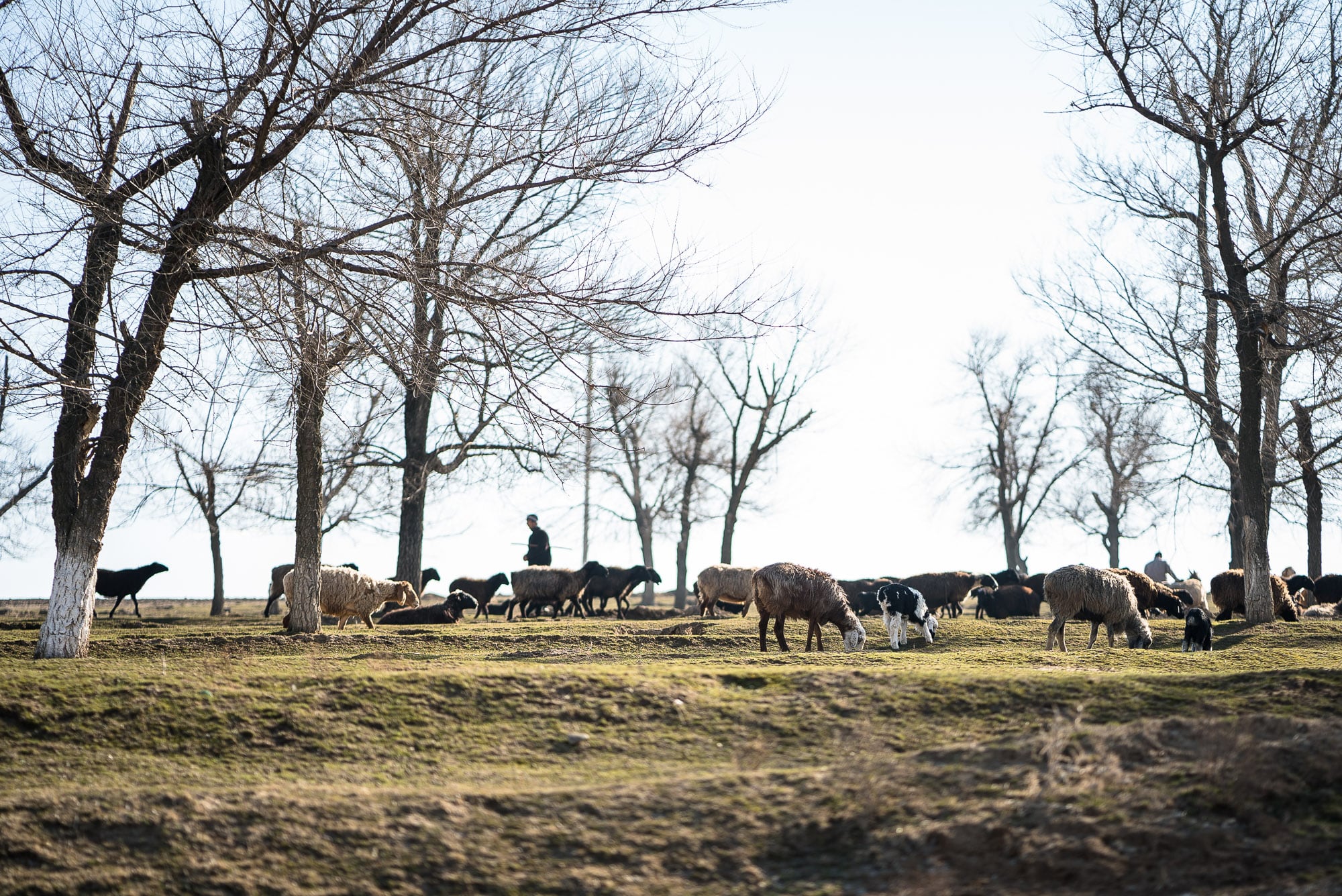 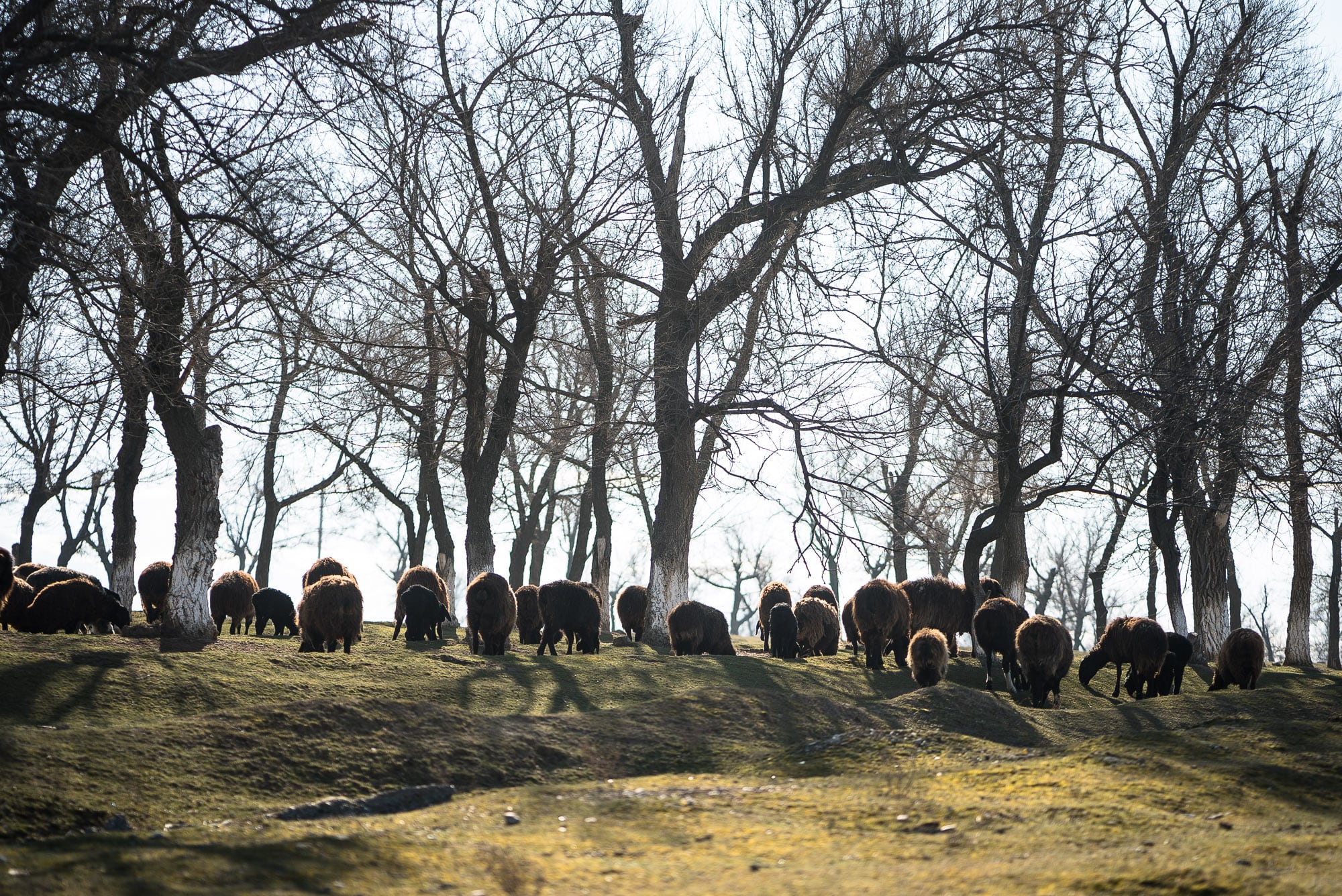 And sometimes there were shepherds: 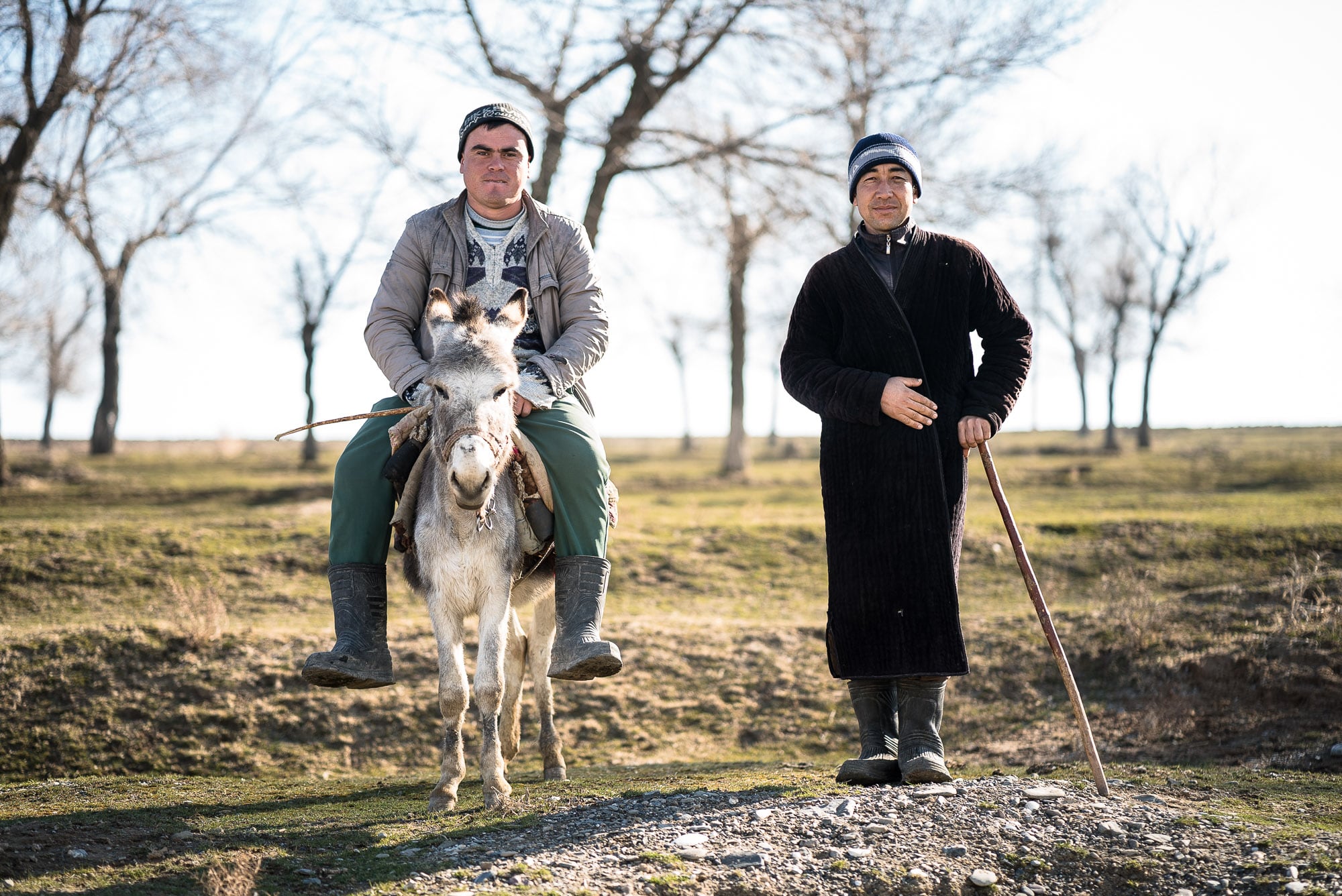 We knew it was going to be a long walking day:

But that was okay.

Because the road was good most of the time: 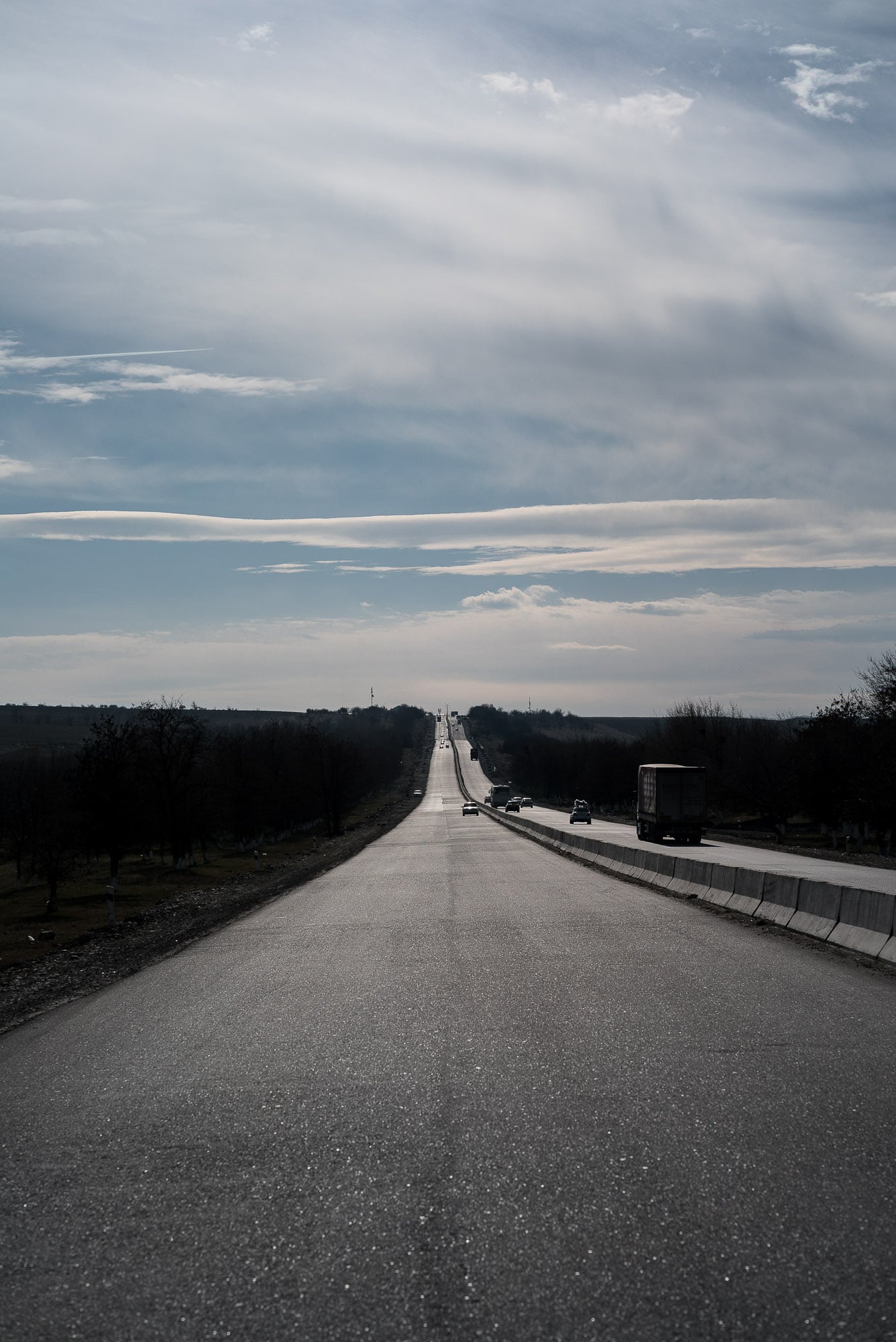 There were mountains to look at in the distance: 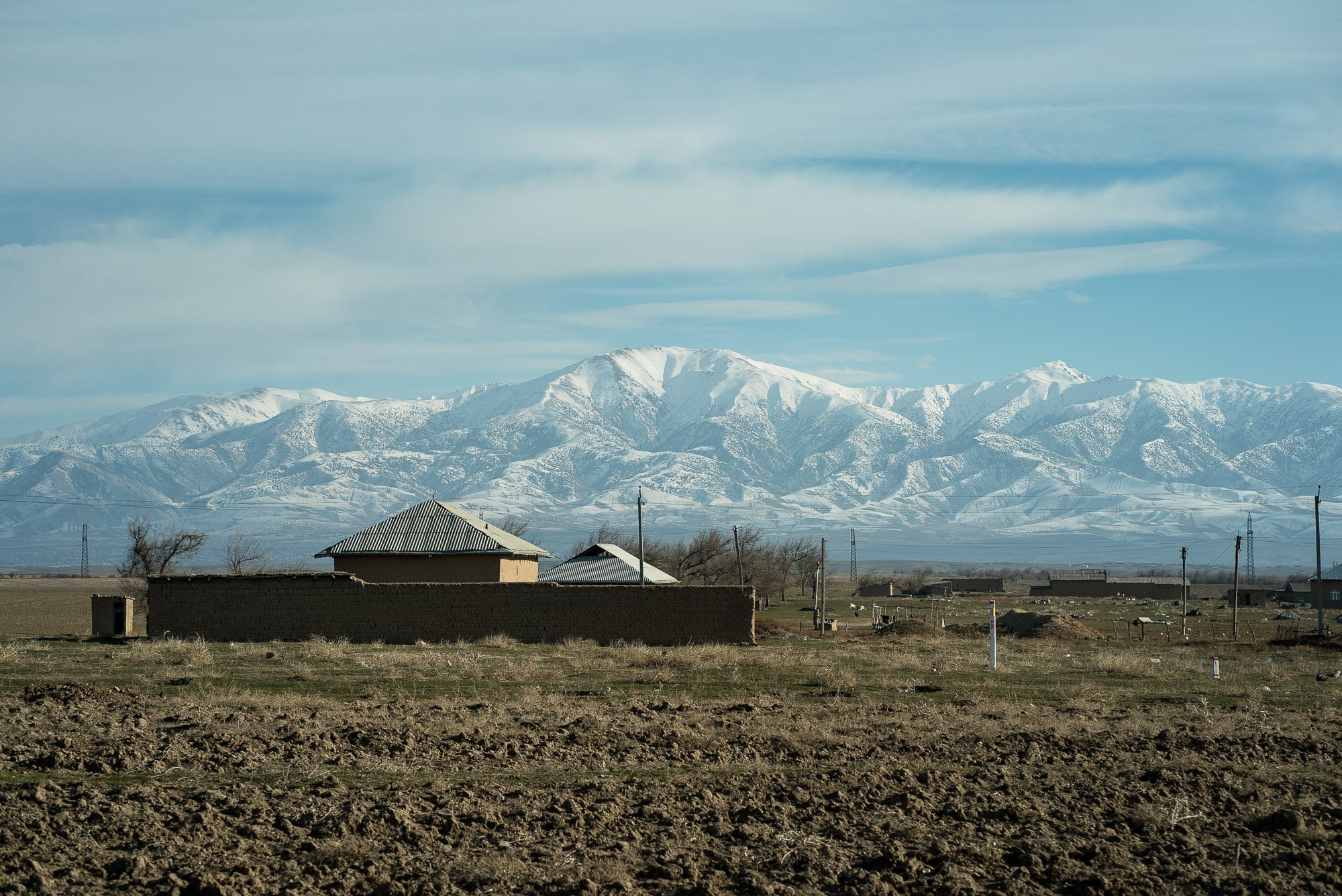 And once there was a sign that said we were really getting close to the place of my dreams: 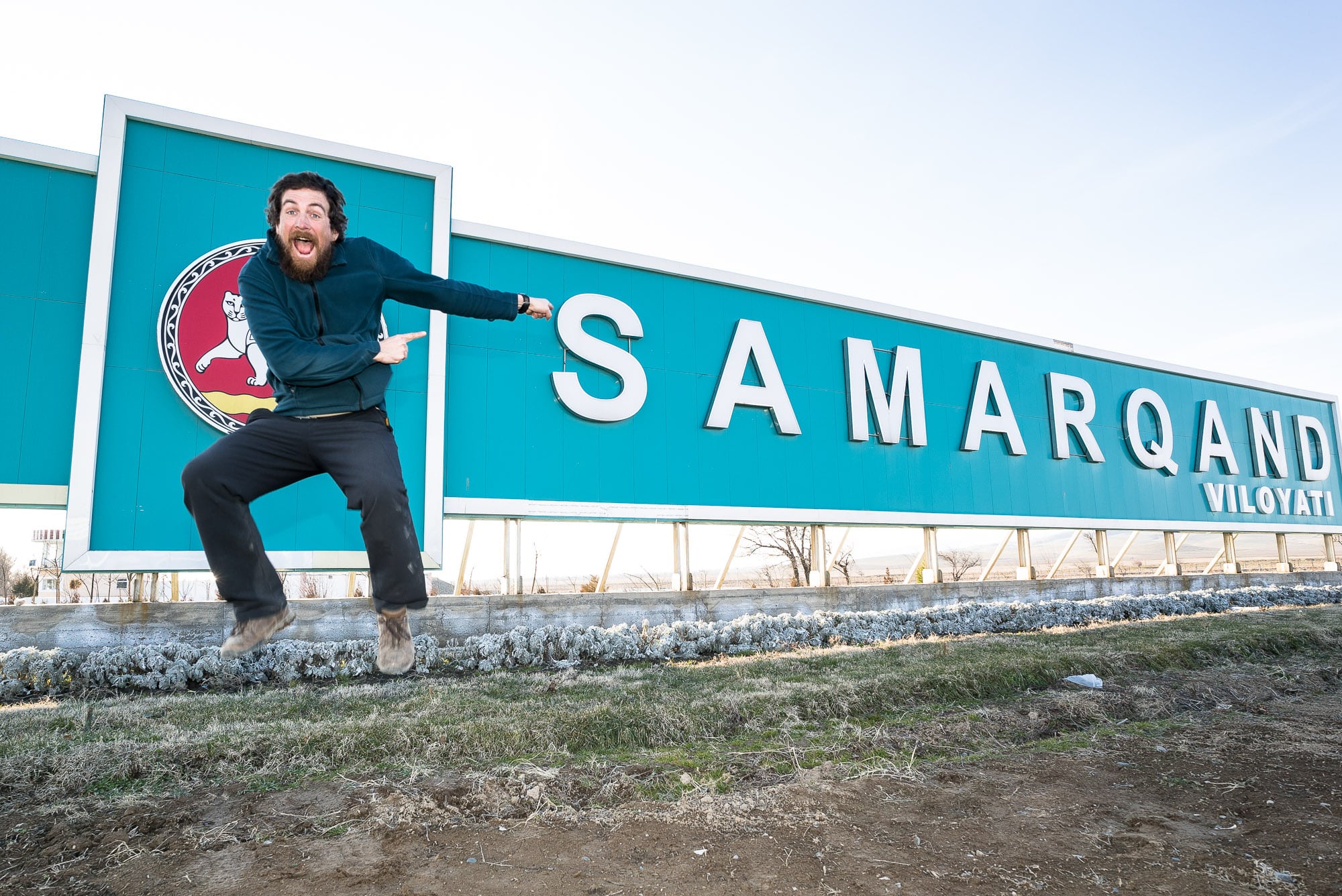 Samarkand. Or Samarqand? Should I be spelling it with a Q? My word processor wants me to spell it with a K, yet the Uzbeks themselves use a Q. I am not sure what I’ll do. Maybe I should be creative and use a C? Samarcand? Hm… 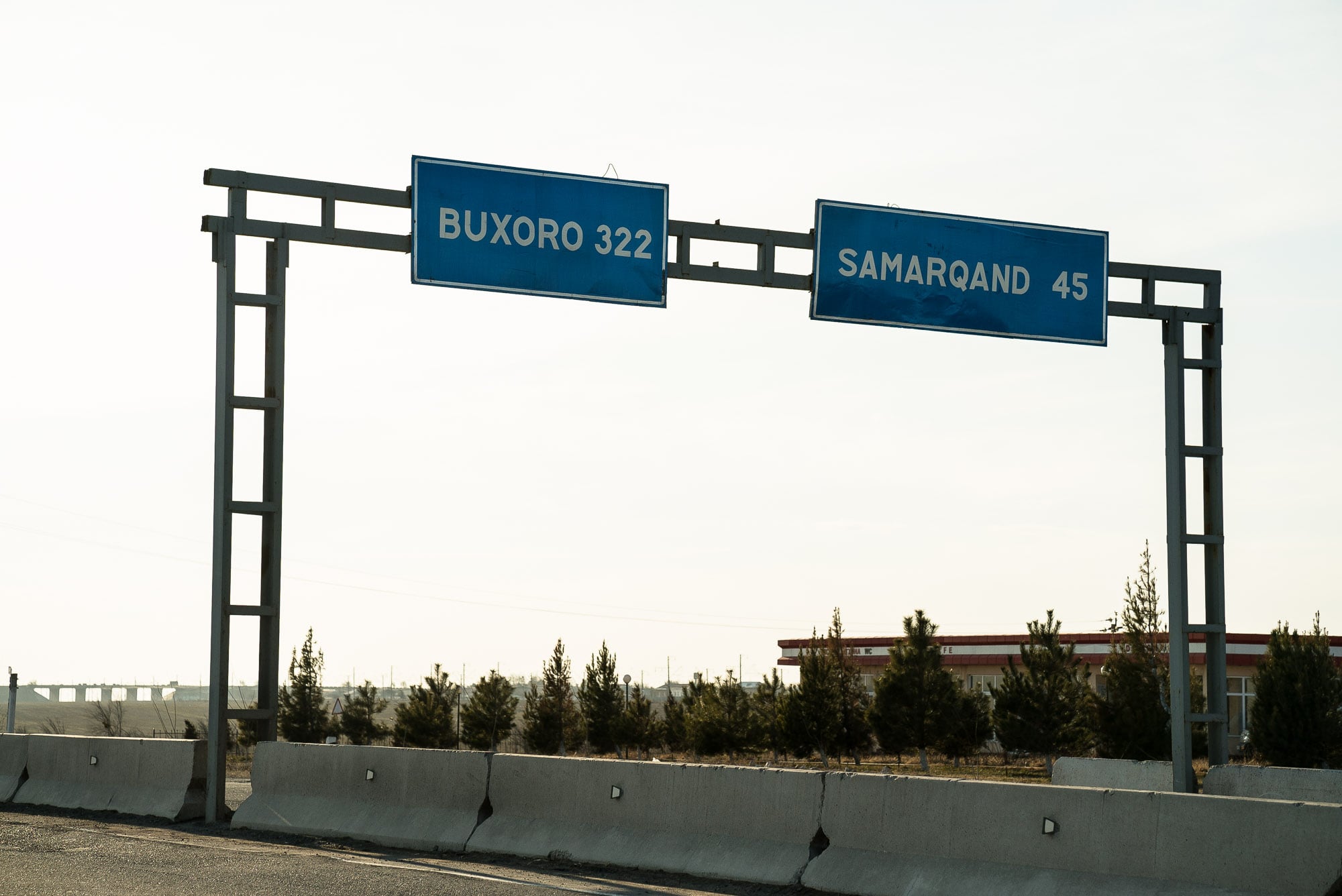 But first, we had to walk to Bulungur: 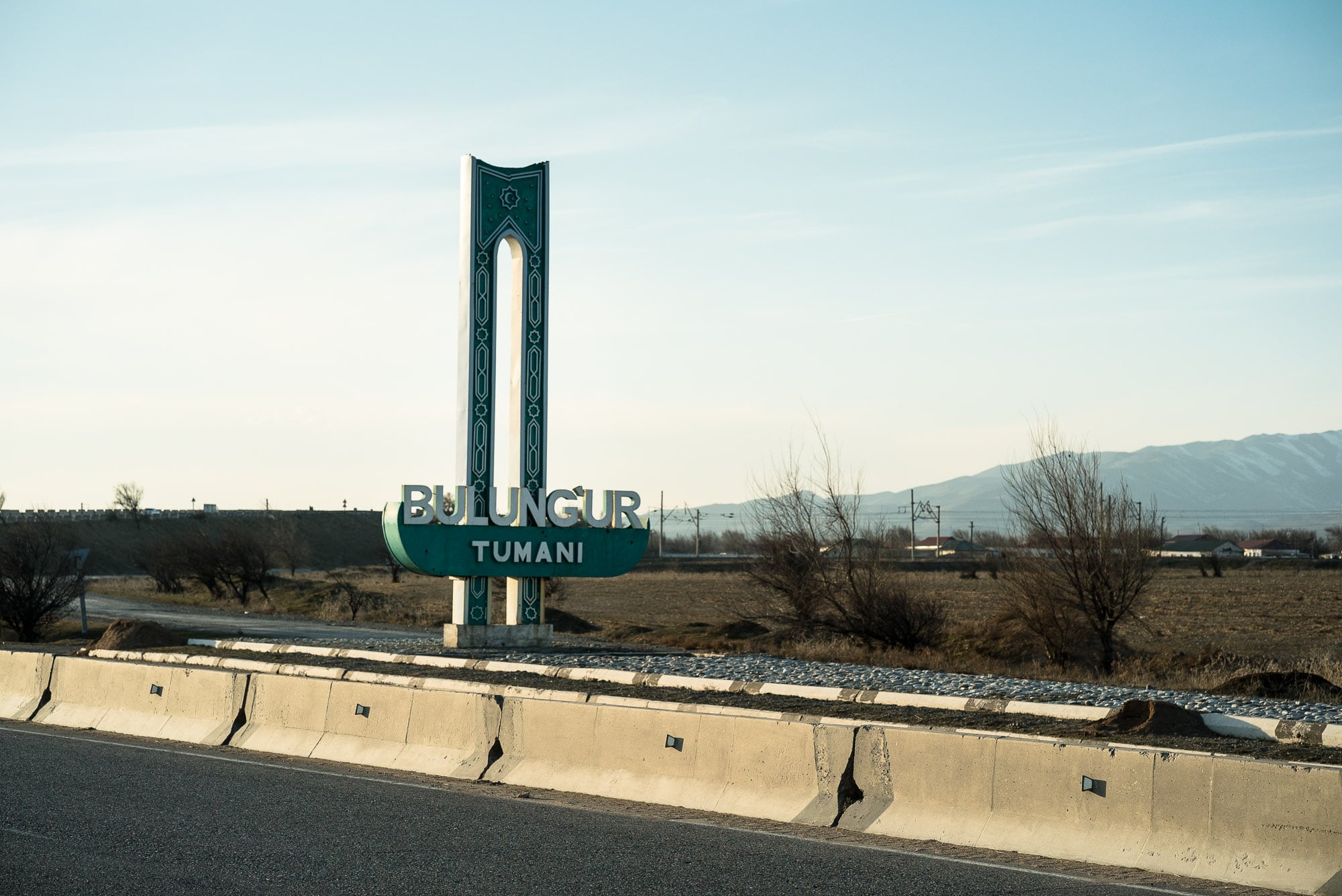 People had been telling us about the place, and a traffic cop even claimed that there were “multiple hotels” in Bulungur. So we were optimistic.

I found this sign that could be turned into #YOLO: 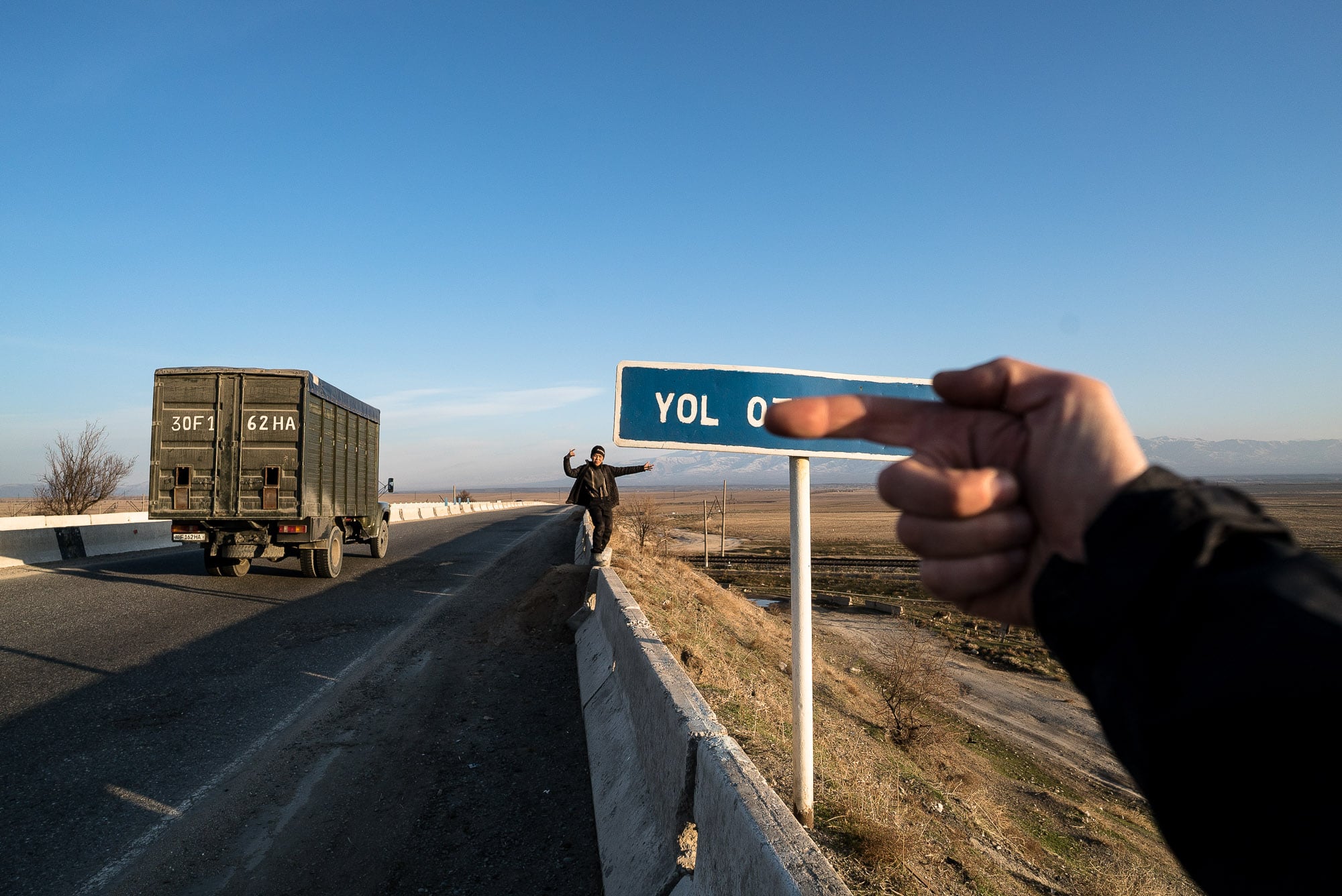 But after almost forty Kilometers, the road started to seem tedious: 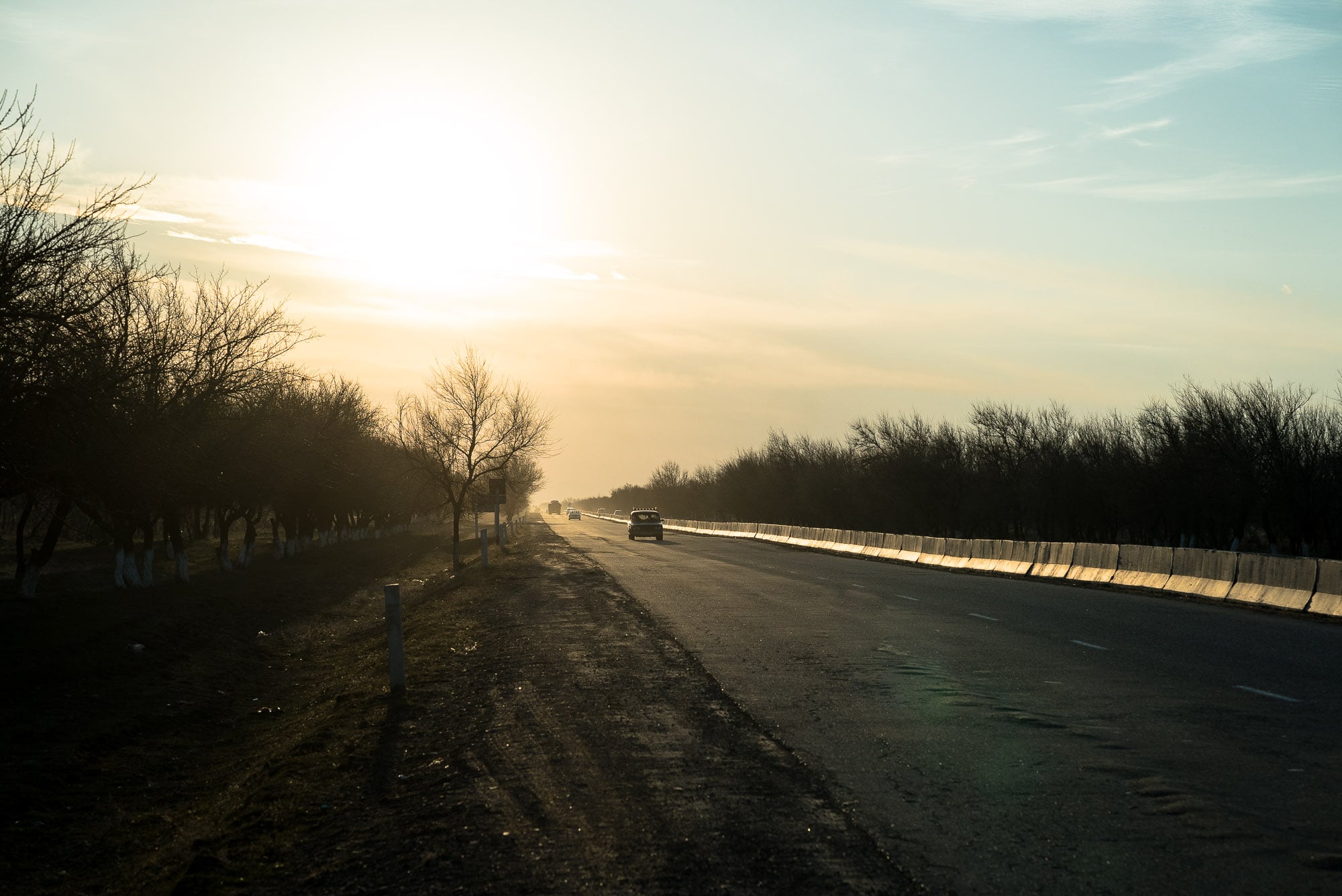 Night fell, and Ruben had trouble with one of his feet: 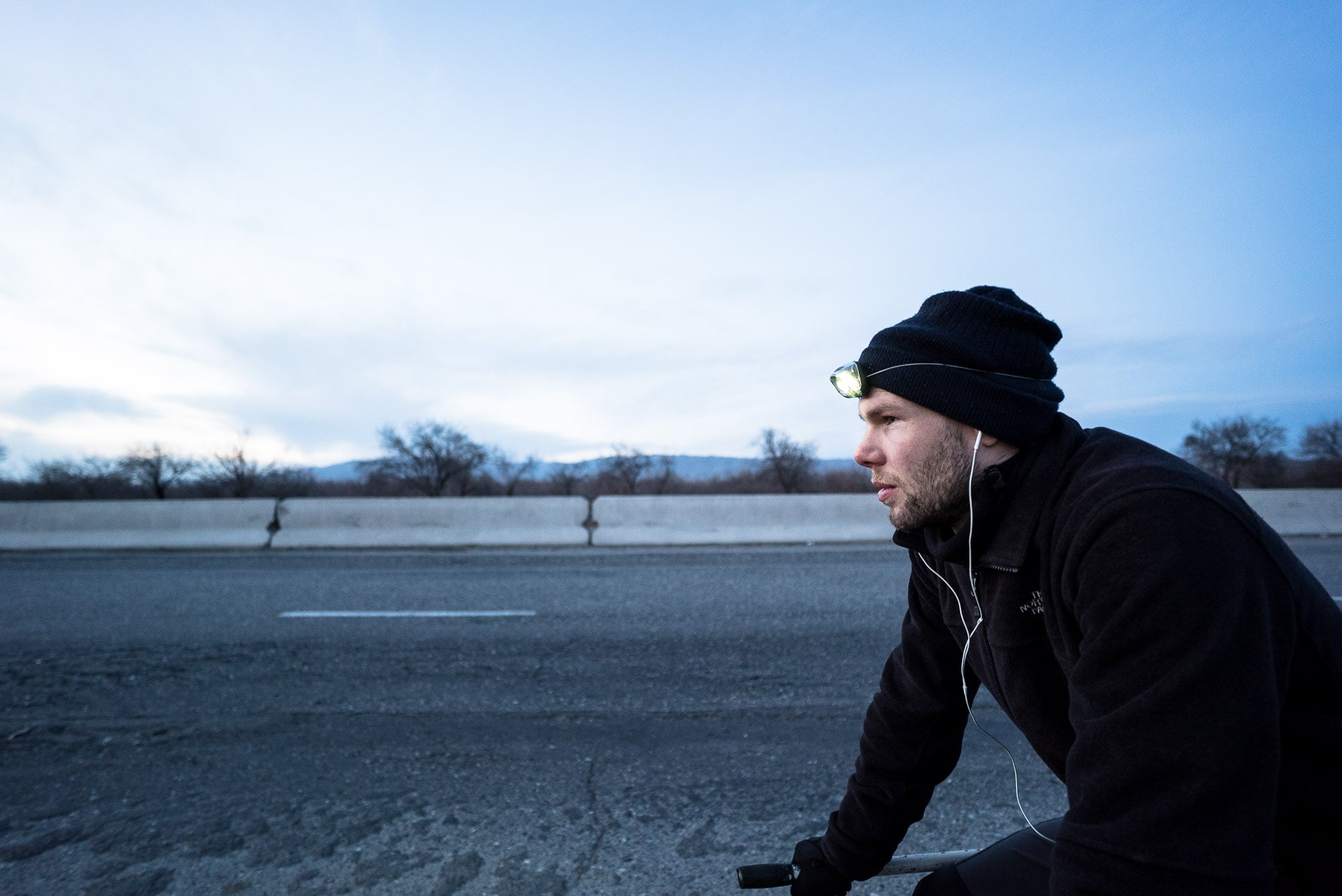 I told him to listen to angry music and walk ahead of me.

So he did that… 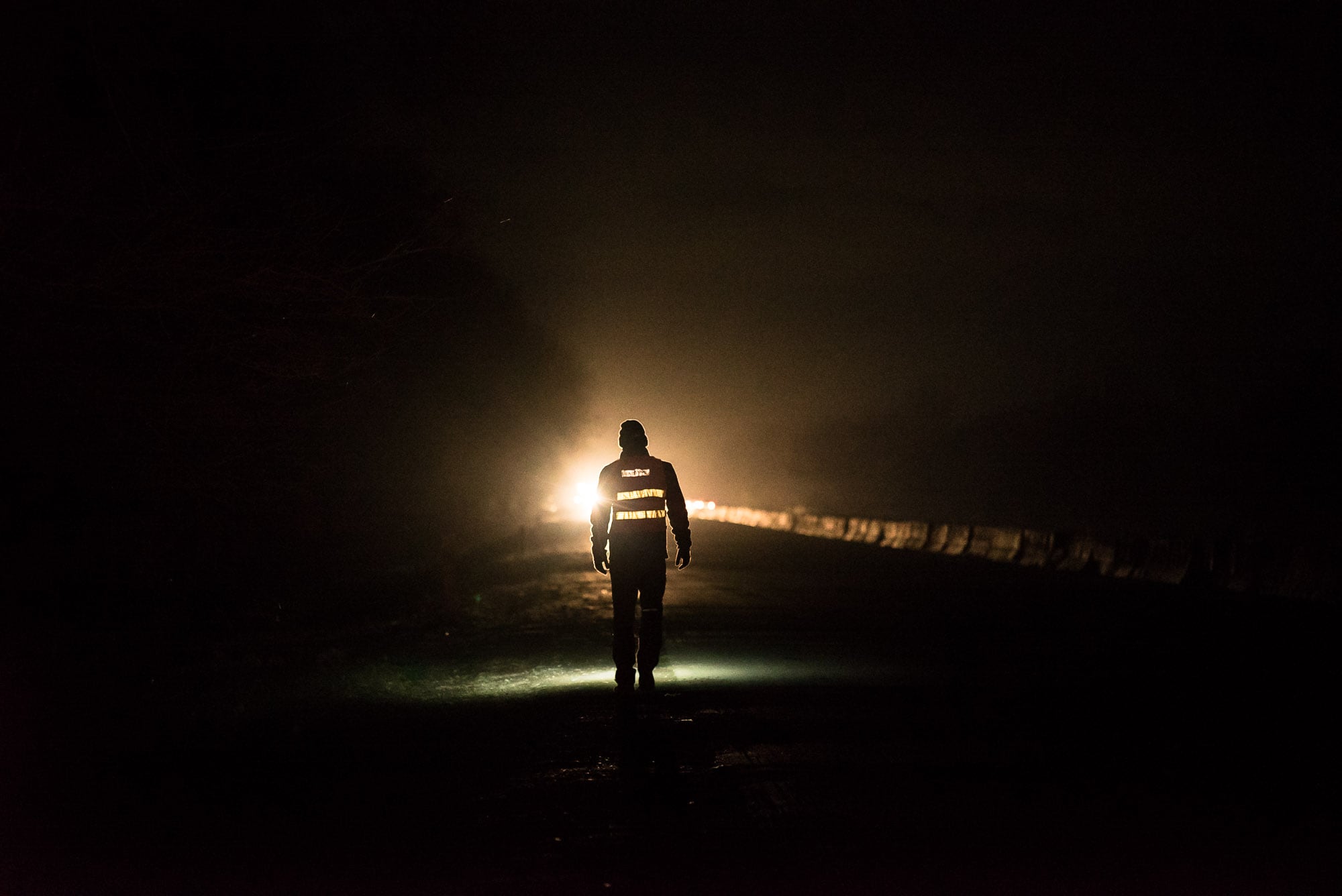 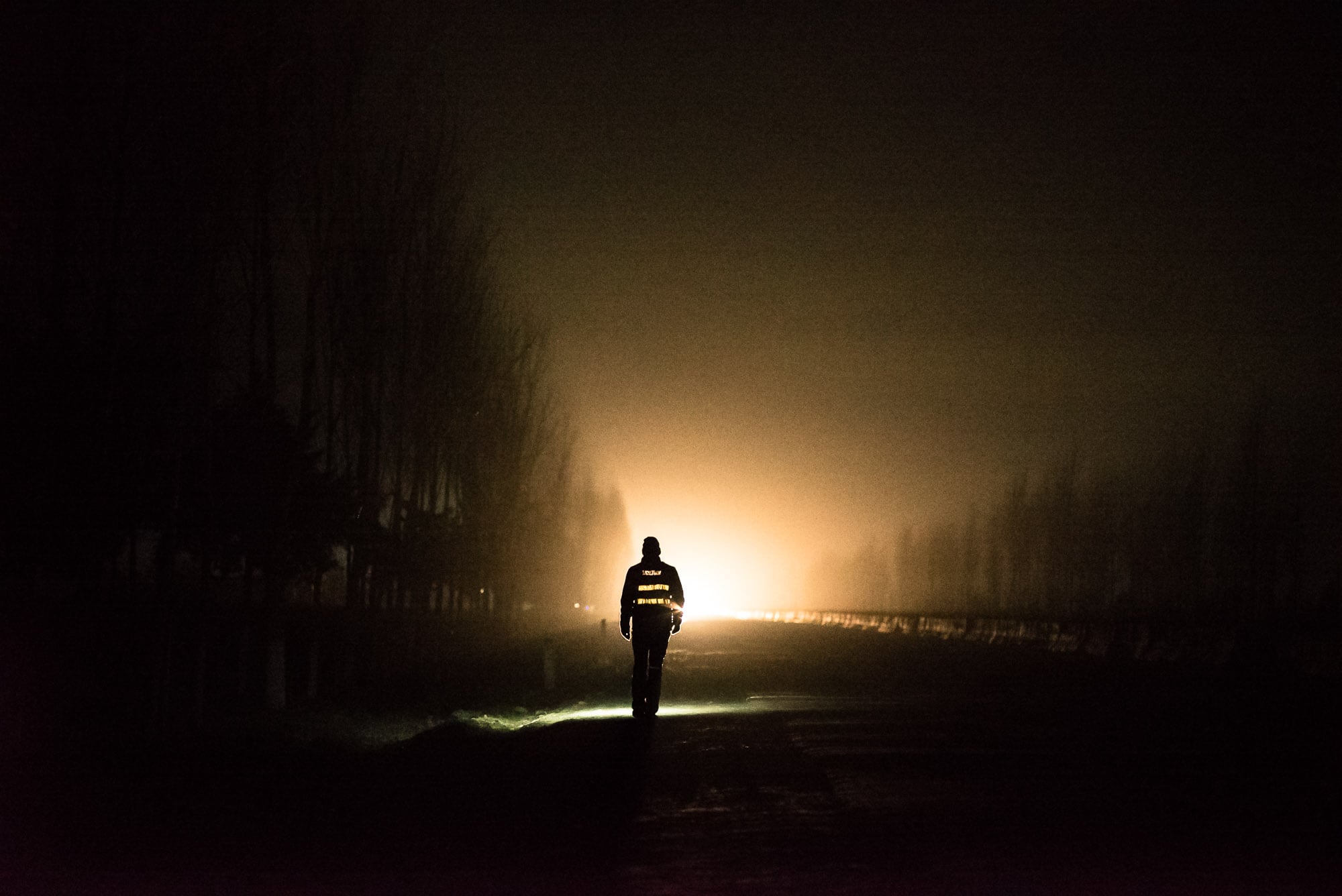 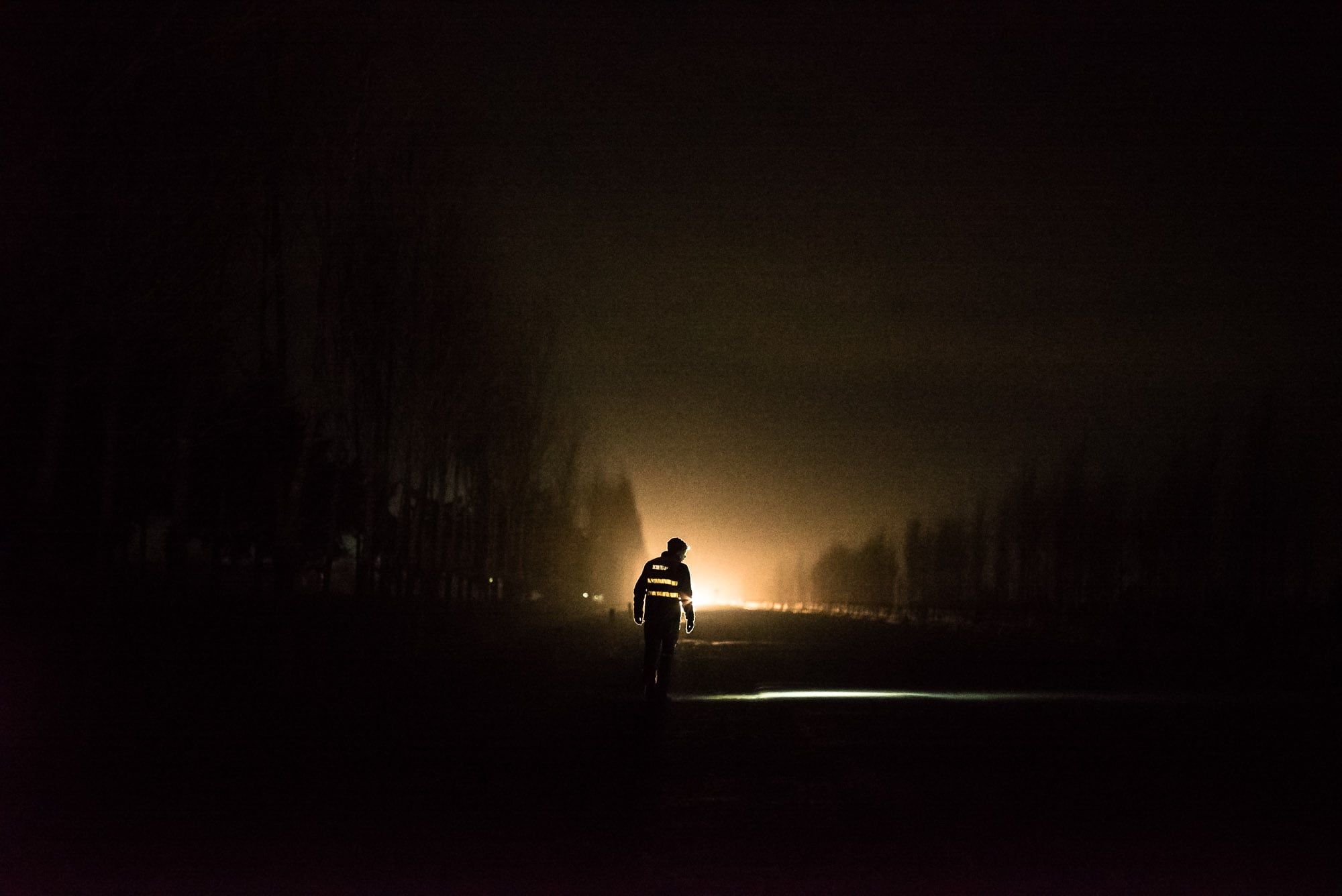 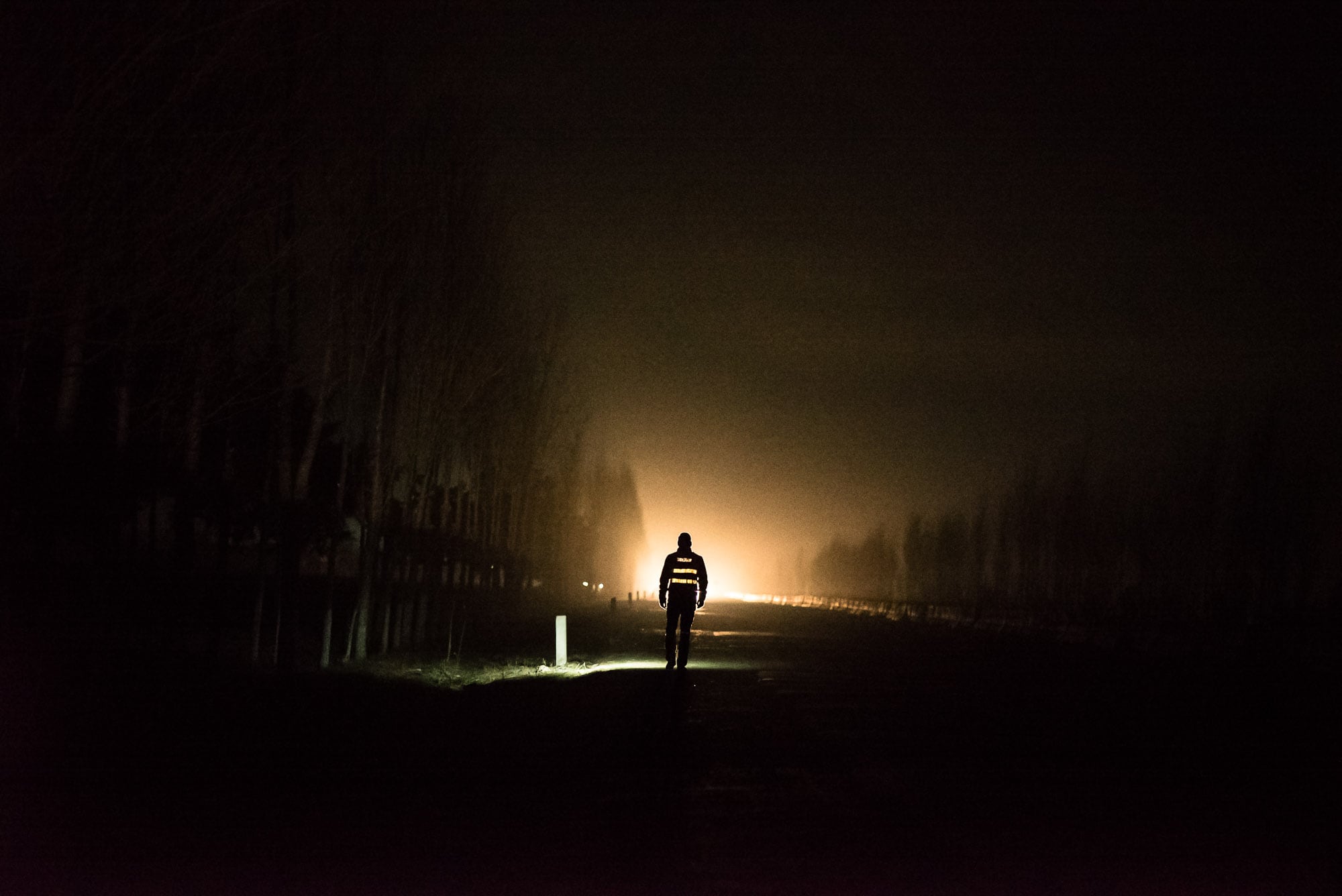 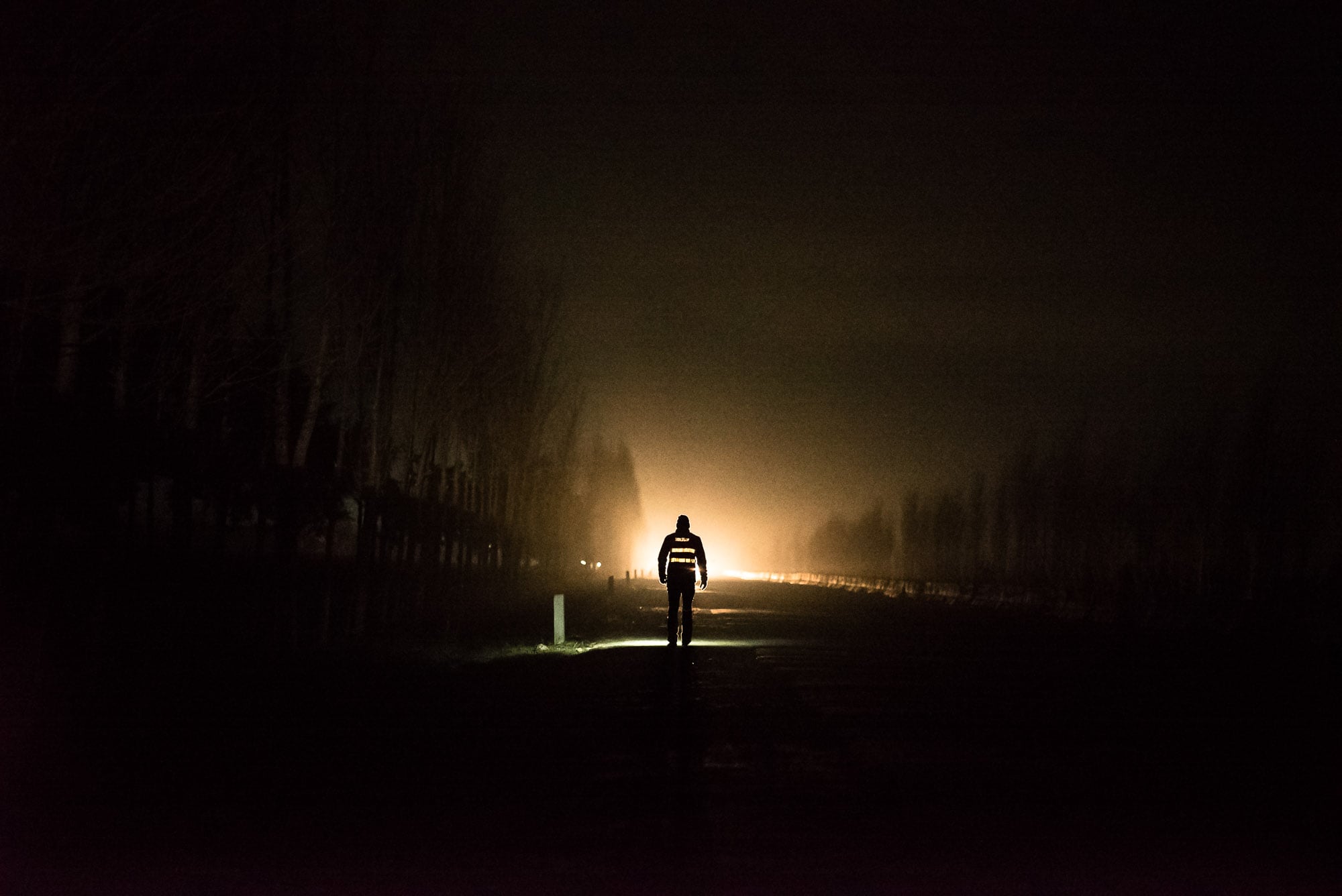 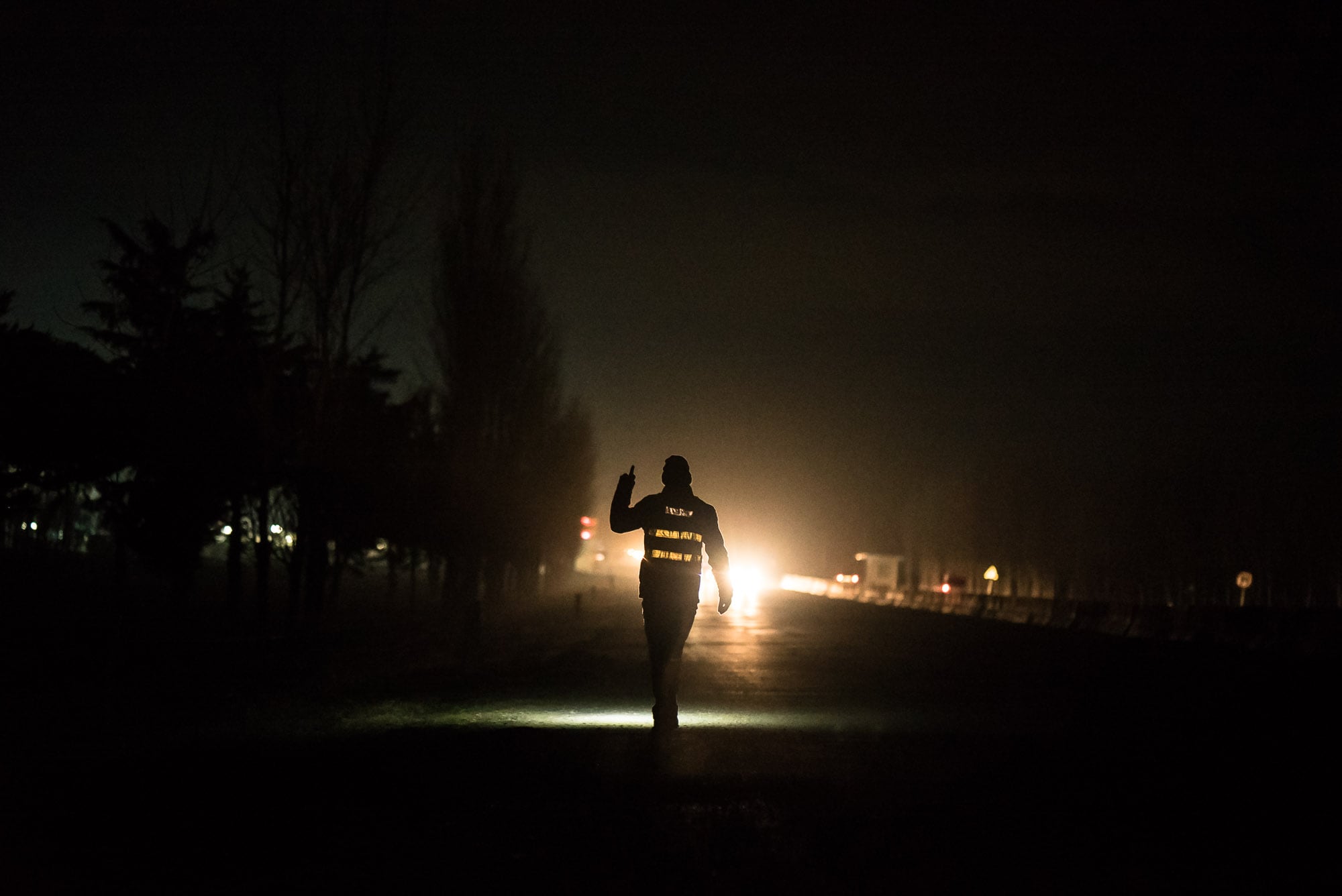 We got to Bulungur after 45km: 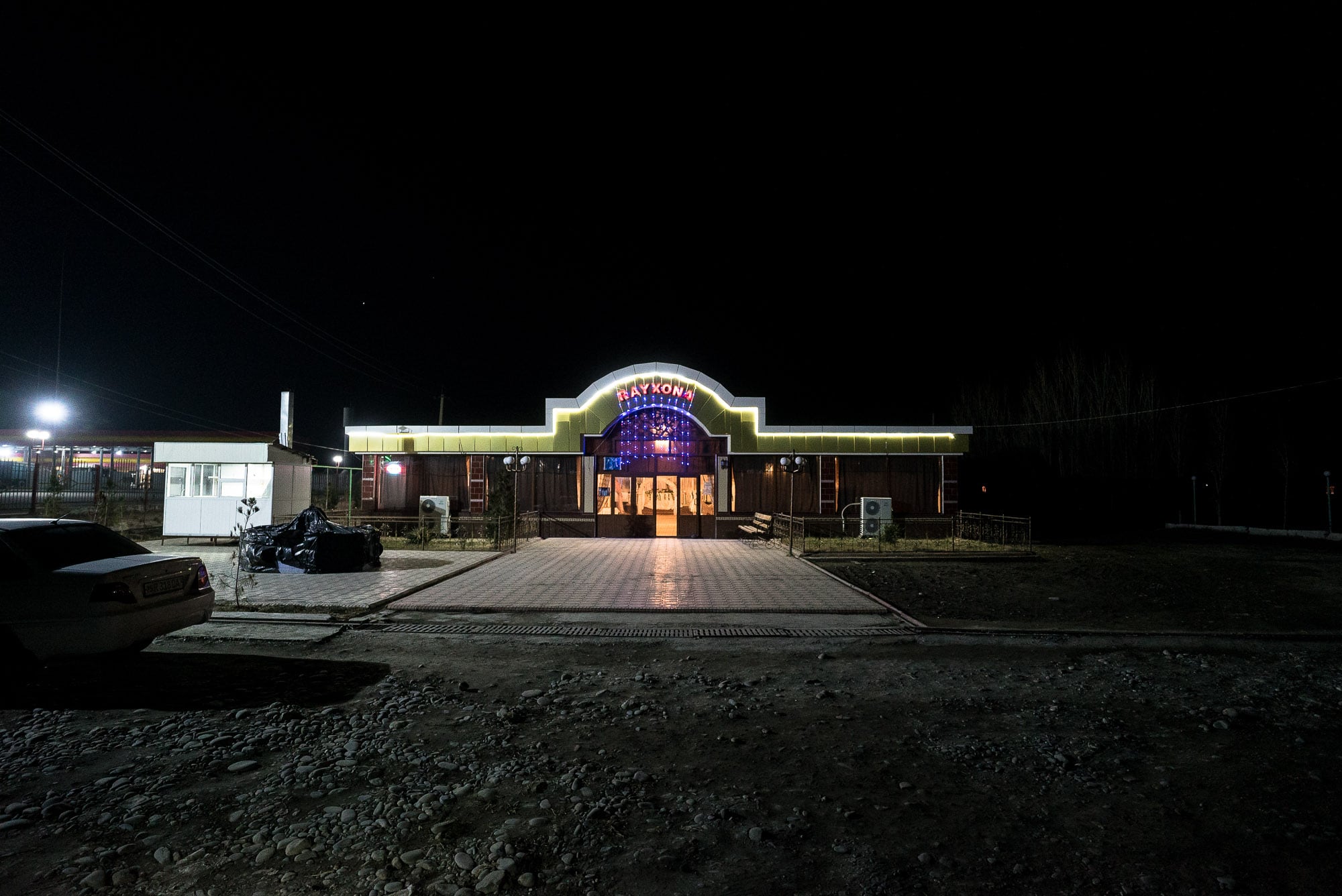 But when we did, it turned out that there was no hotel in Bulungur. And not only that – the police showed up to ask questions. And they somehow decided it was a good idea to follow us around while we were walking around, desperately trying to find a place where we could park the Caboose overnight.

It took a long time: 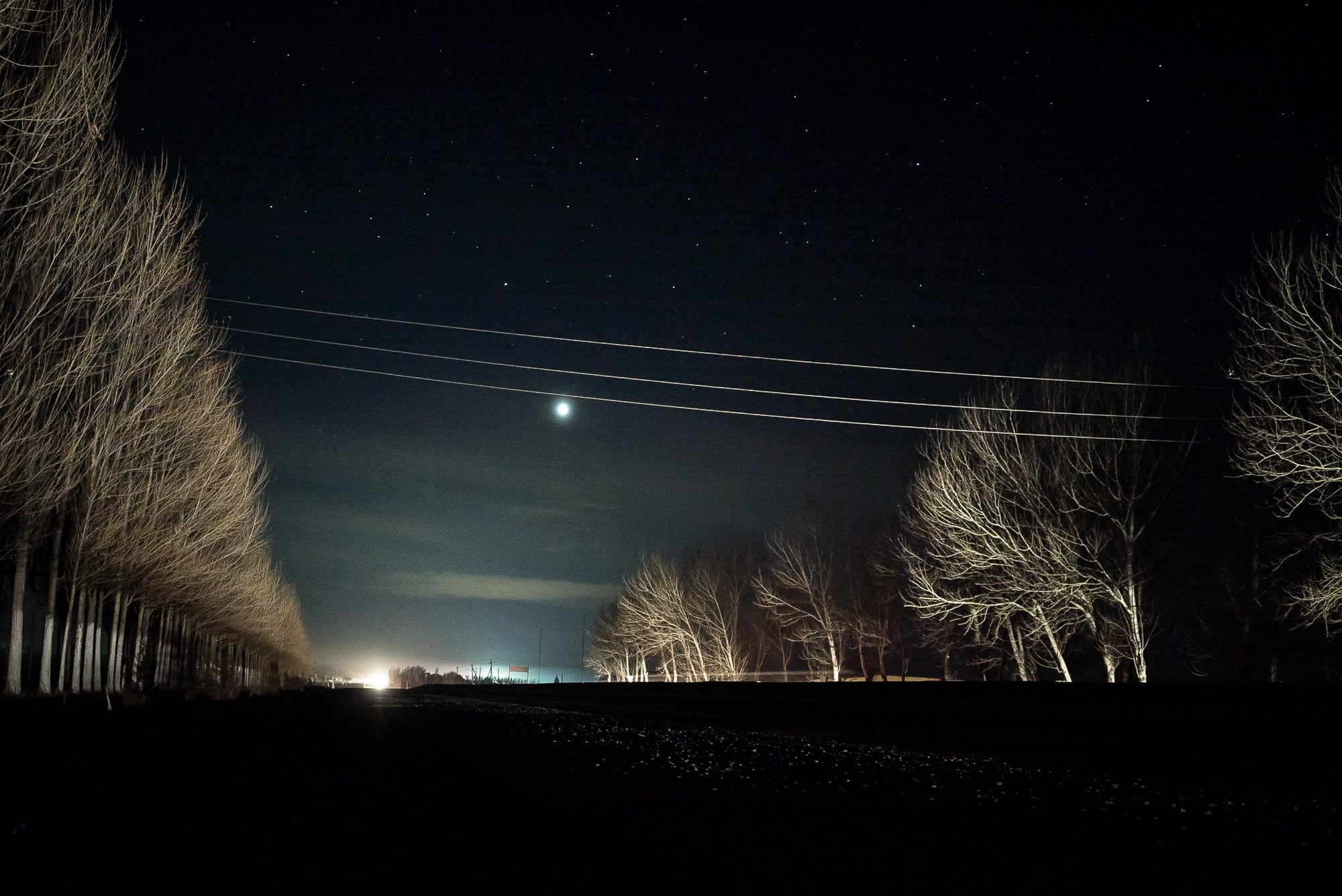 We eventually just knocked on a door and asked a random family for help. They immediately agreed to store the Caboose. Then the police showed up to ask more questions.

It was all a bit awkward.

We took a cab to a hotel in the city, glad that the Caboose was safe, confused about the way the night had ended.

It was as if we had never been very welcome in this place called Bulungur.