When we got up in the morning, the fog was gone.

So we started walking: 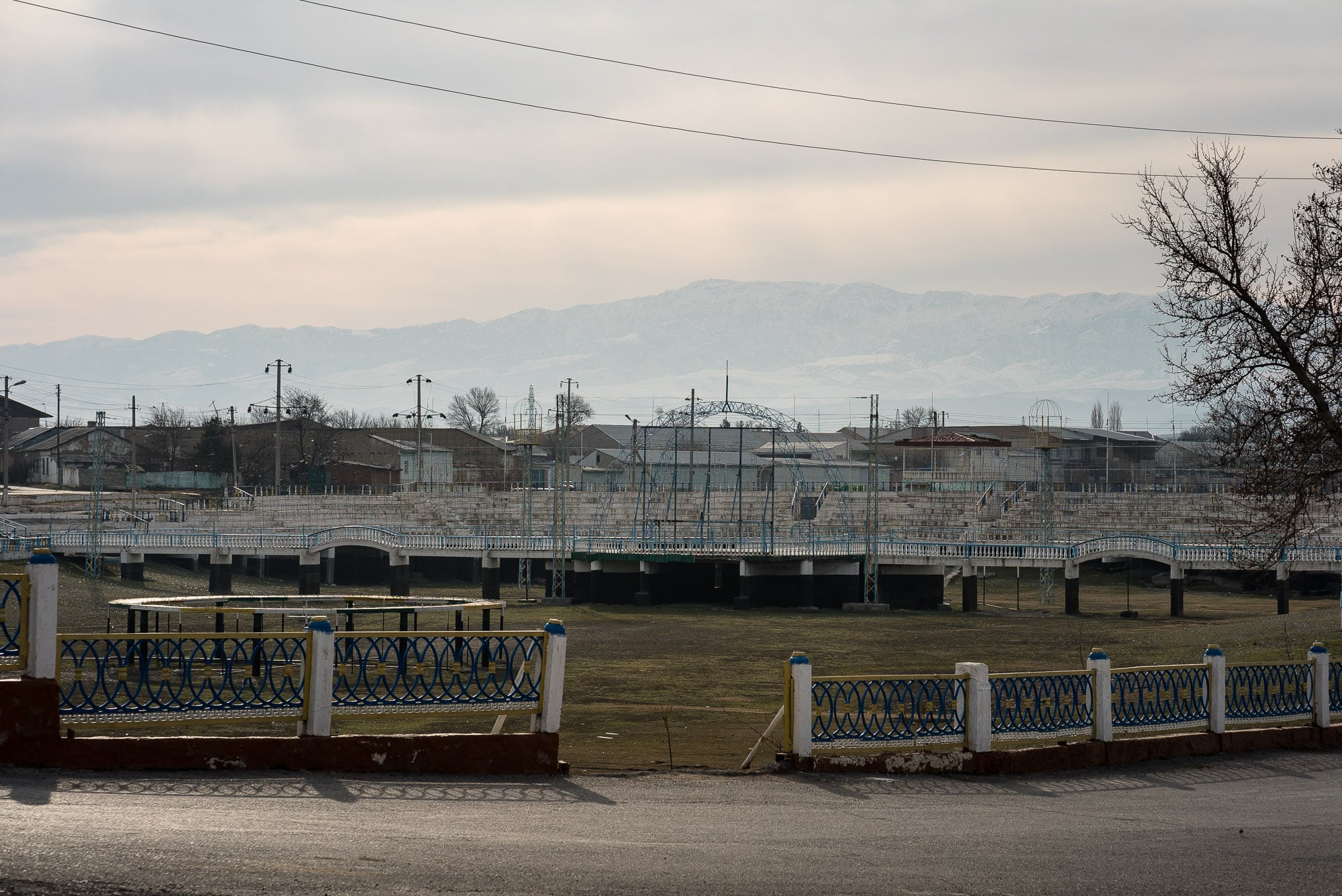 The city was alright to walk:

After a while, Jizzakh disappeared behind us, and we were on a country road: 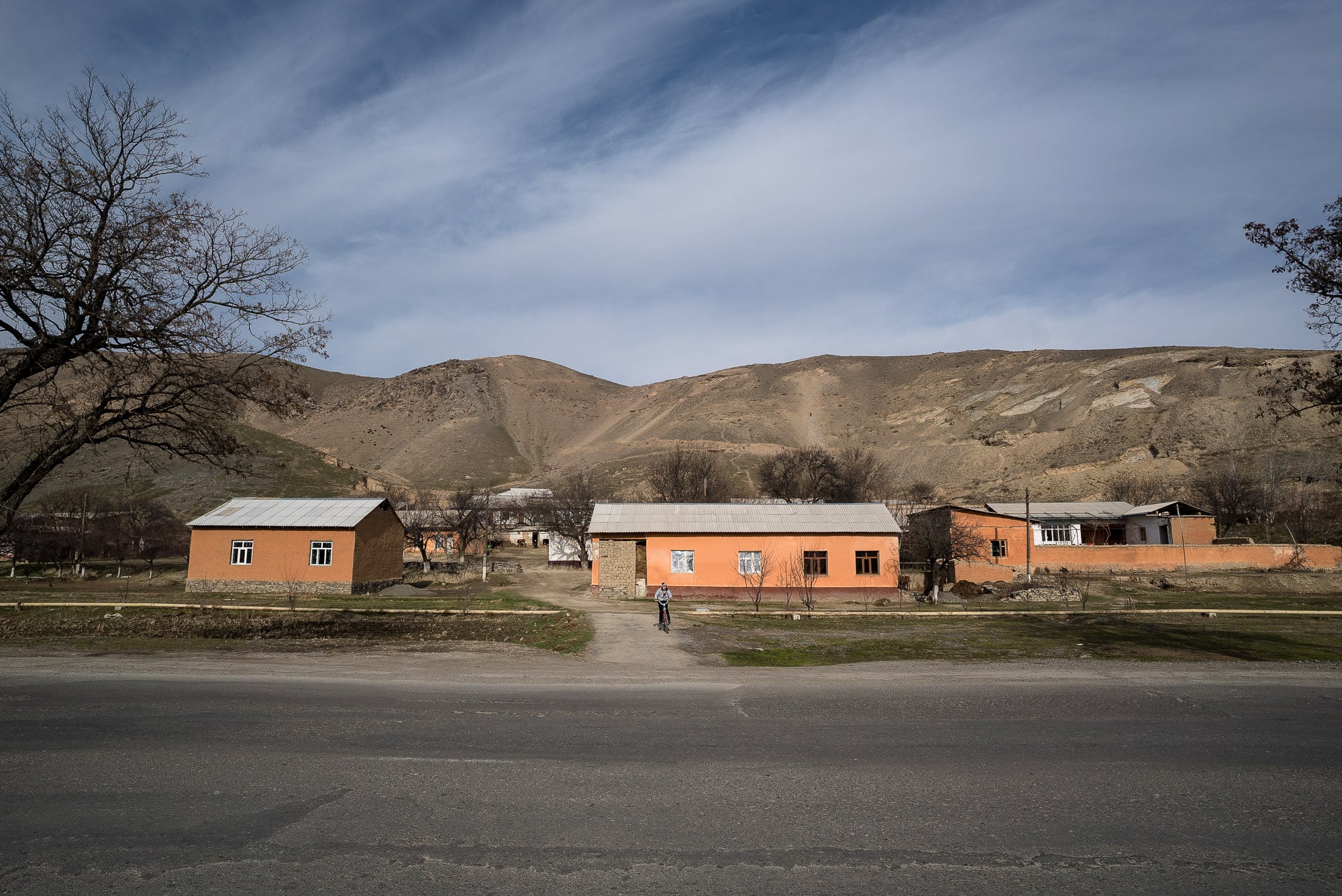 We knew from the map that the road was going to lead through a mountain range, so we were not surprised at this: 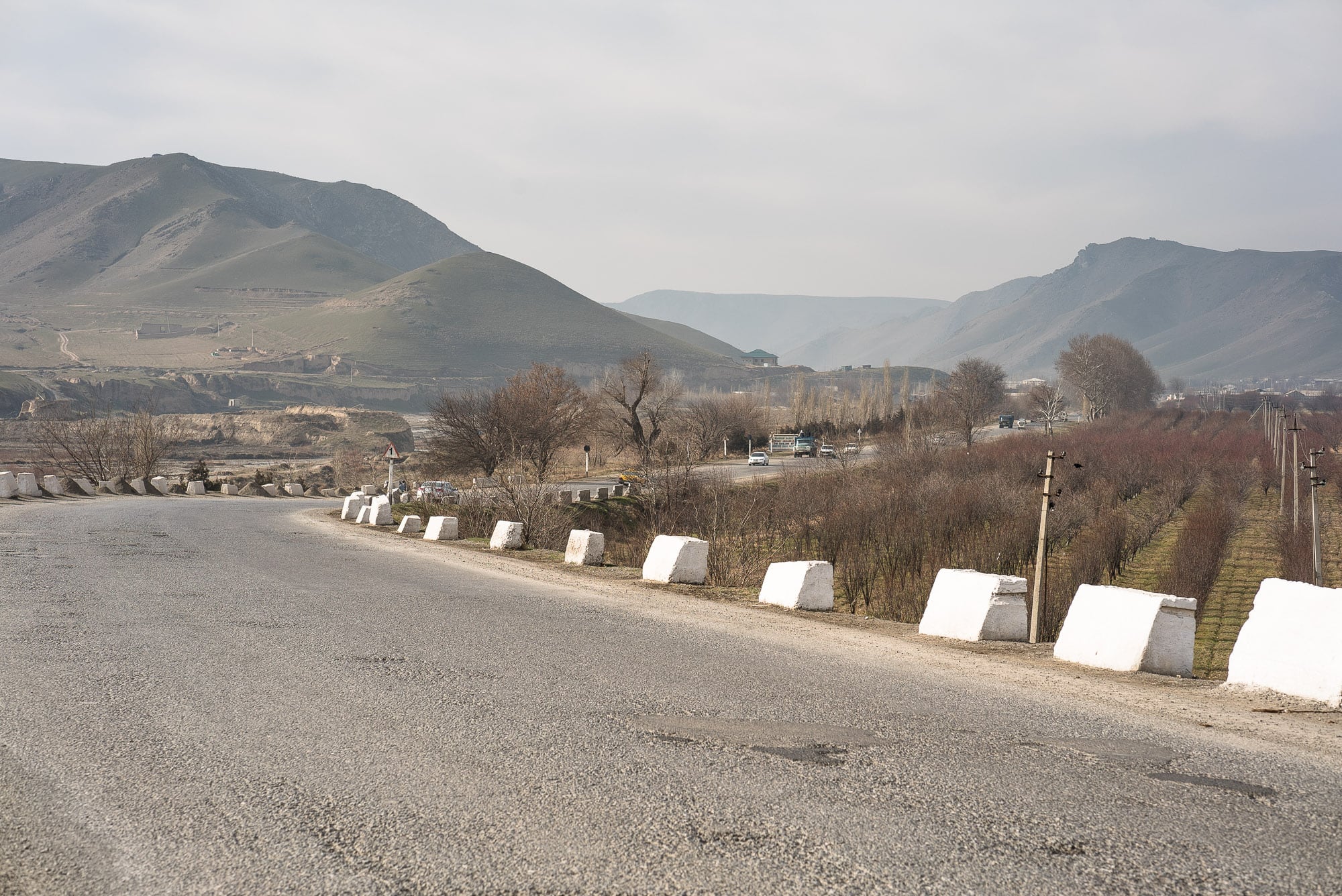 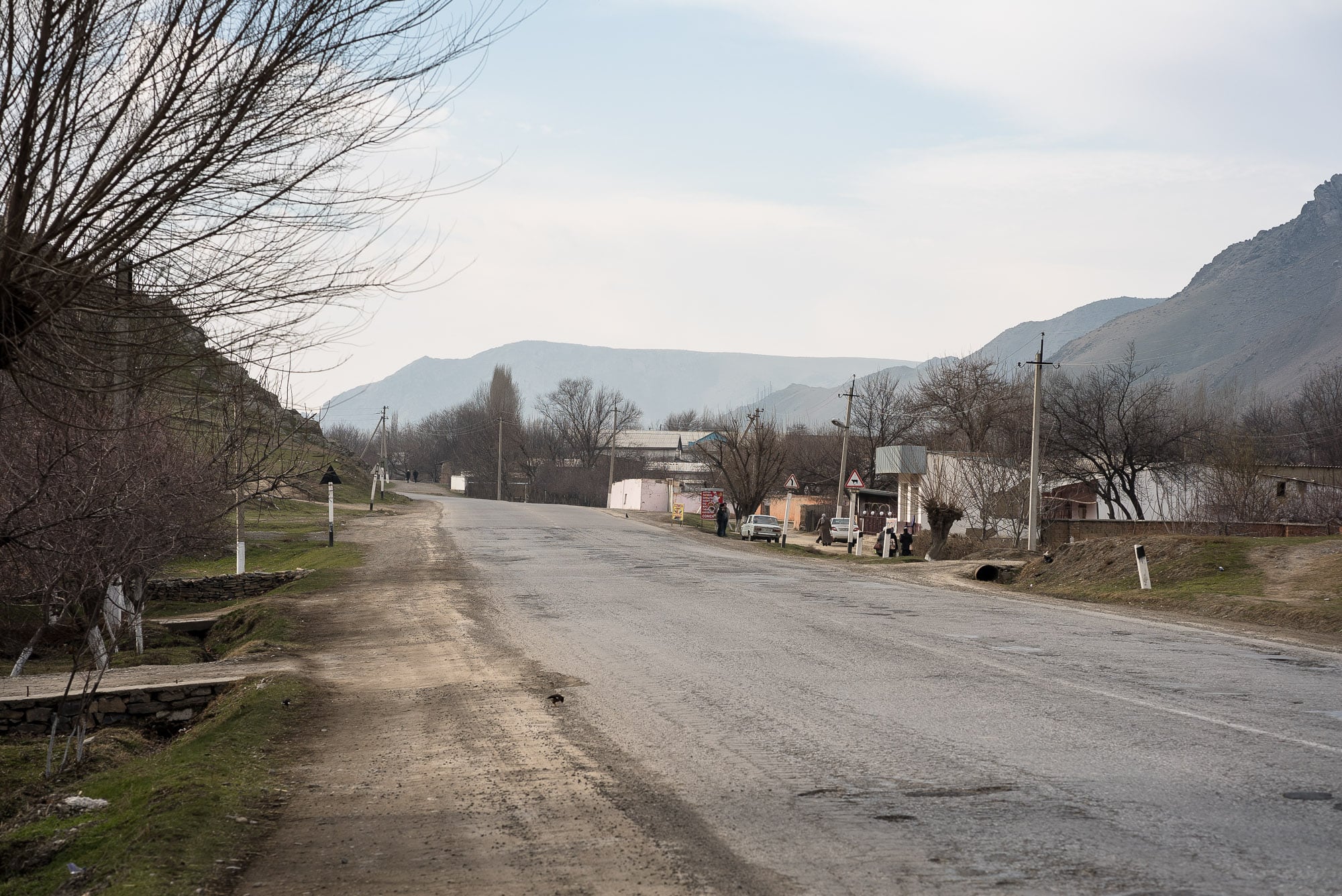 Good, healthy walking. Not too many cars either.

One time we came to a resting area that had a guesthouse: 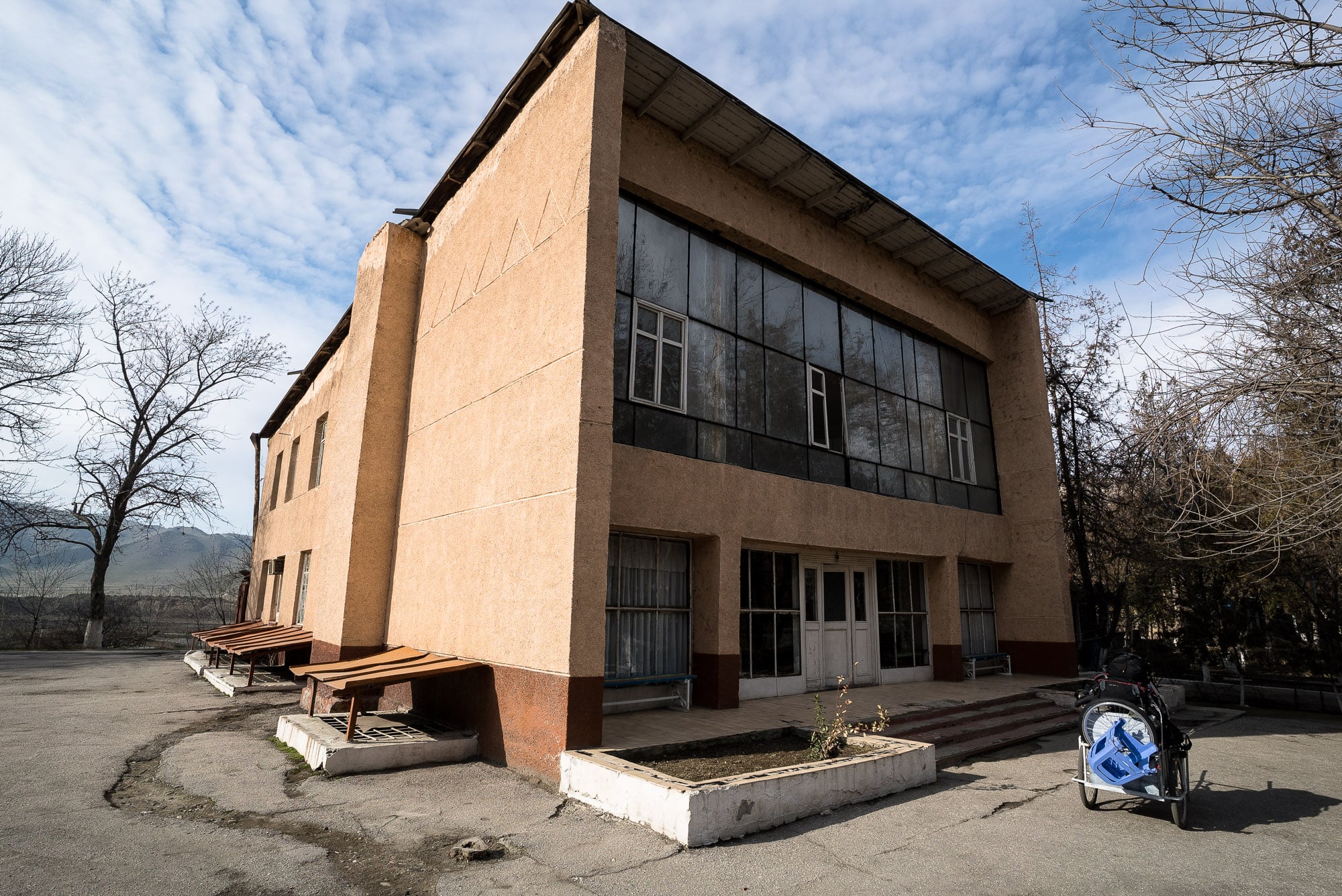 The lady who worked there was very friendly, and she told us to come back later in case we needed a place to stay.

We kept walking, and we came to this place: 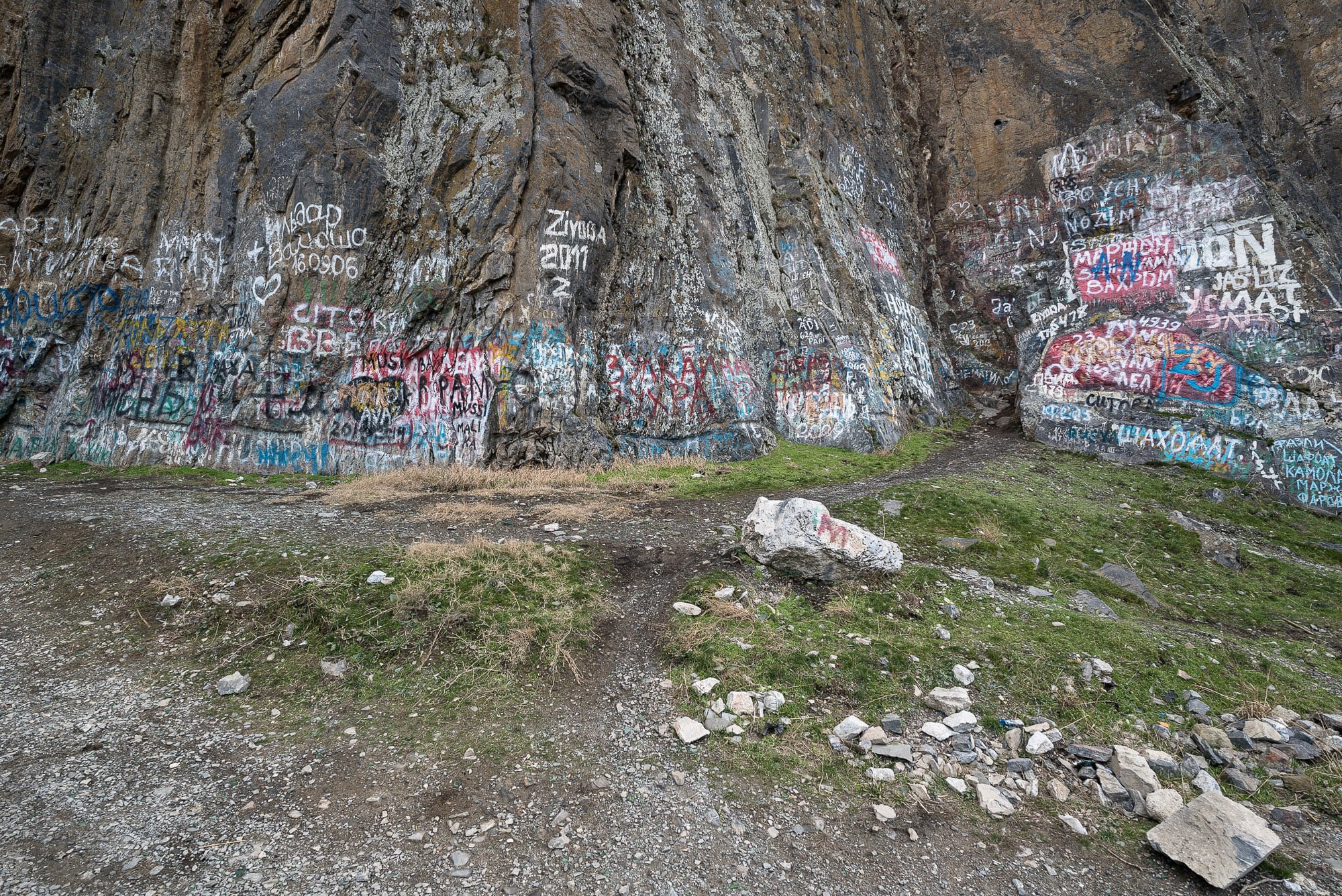 Graffiti everywhere. I was reminded of Xingxingjia, a little village in the Gobi desert I had passed by almost a decade ago.

So we took some photos: 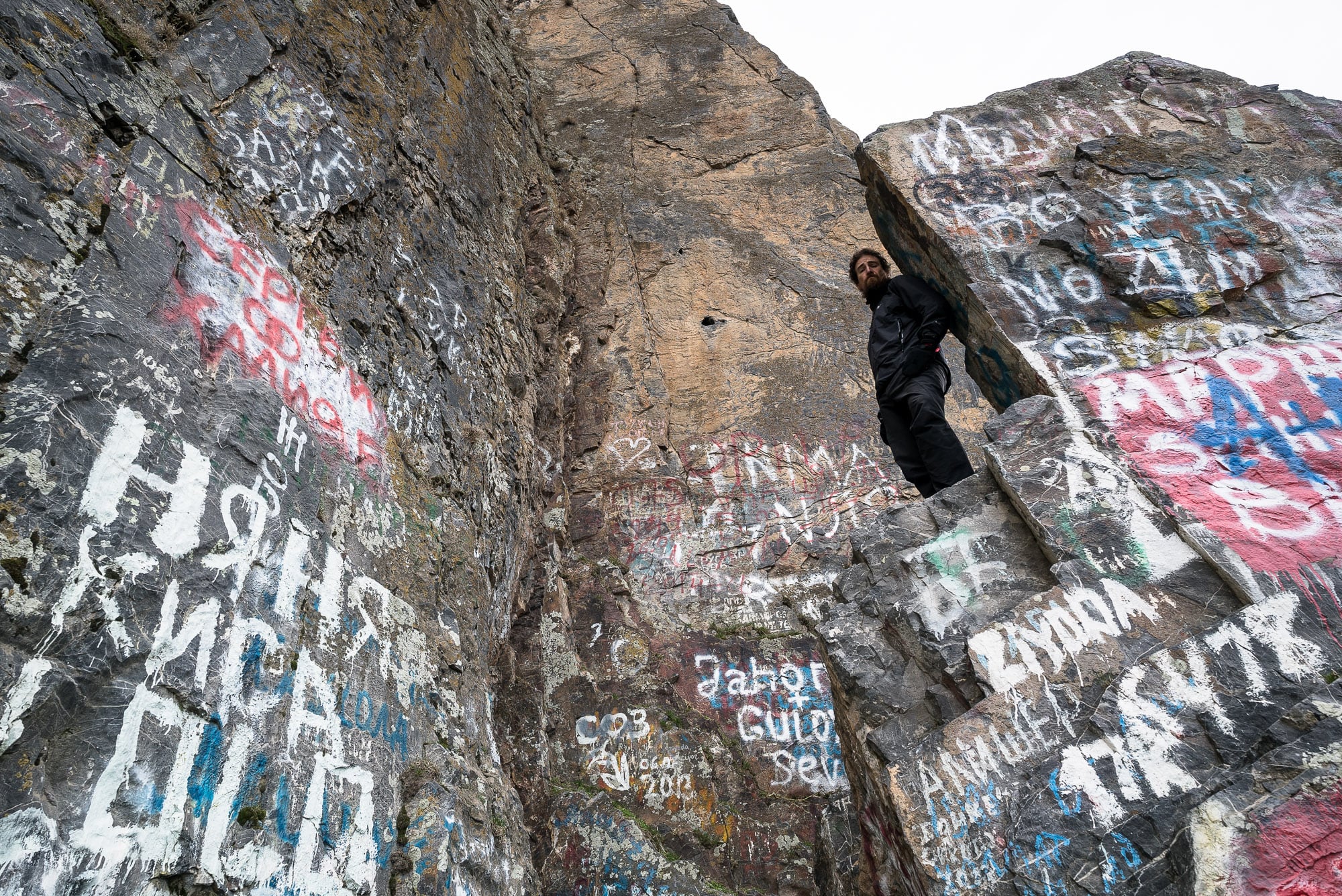 Then we saw a sign that announced the little town of Gallaorol, a place where we were supposed to find a hotel for the night: 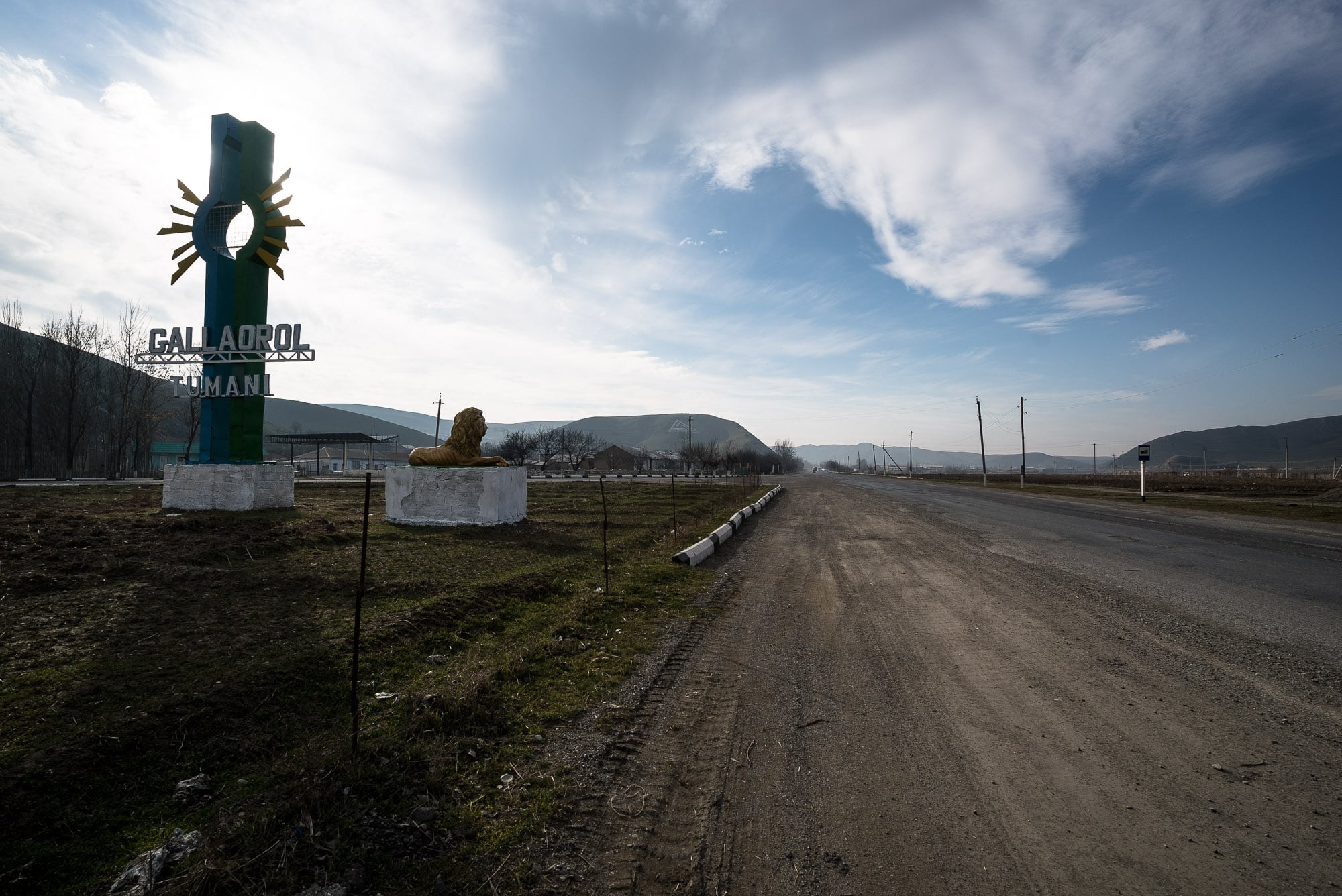 But first we had to walk past more villages: 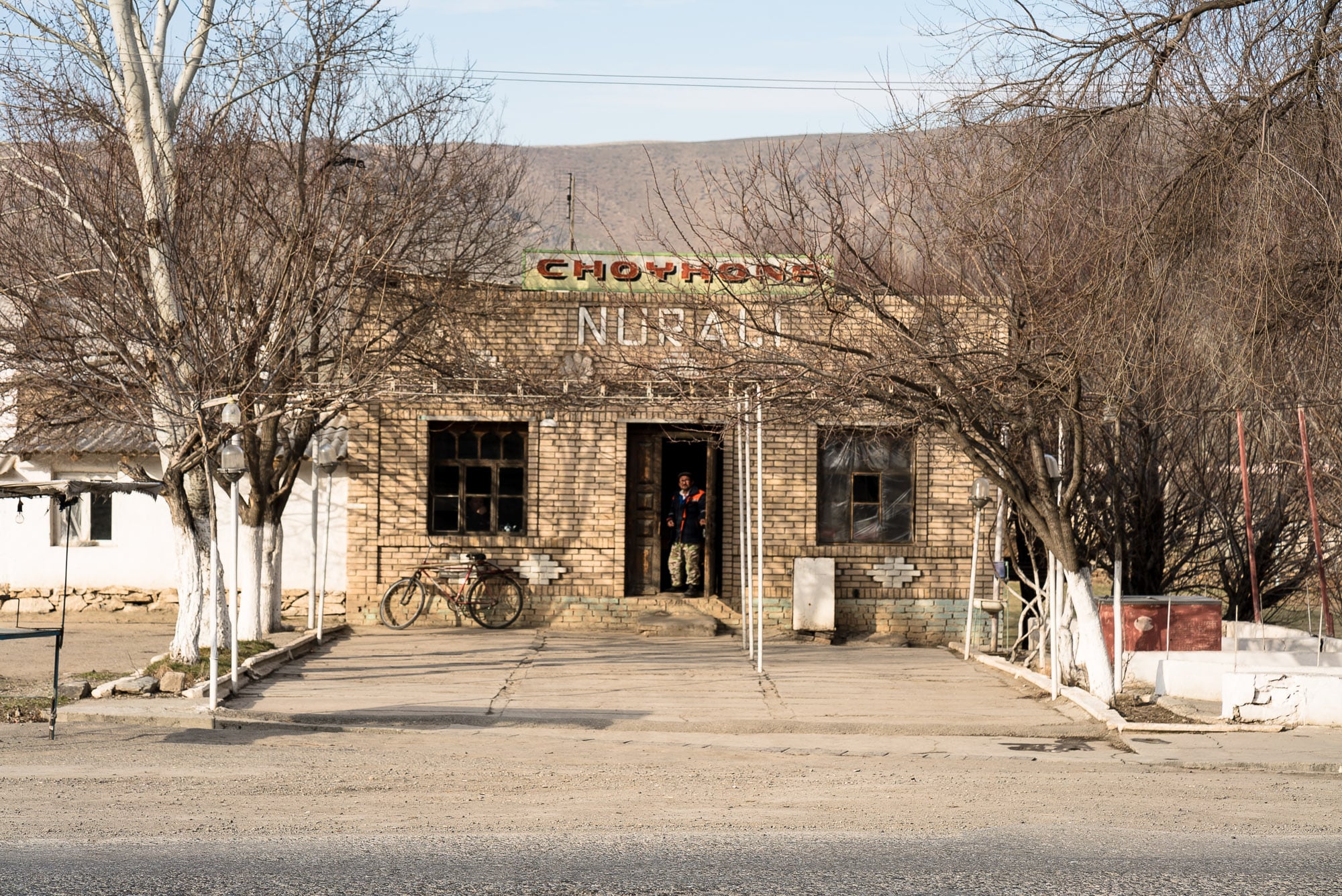 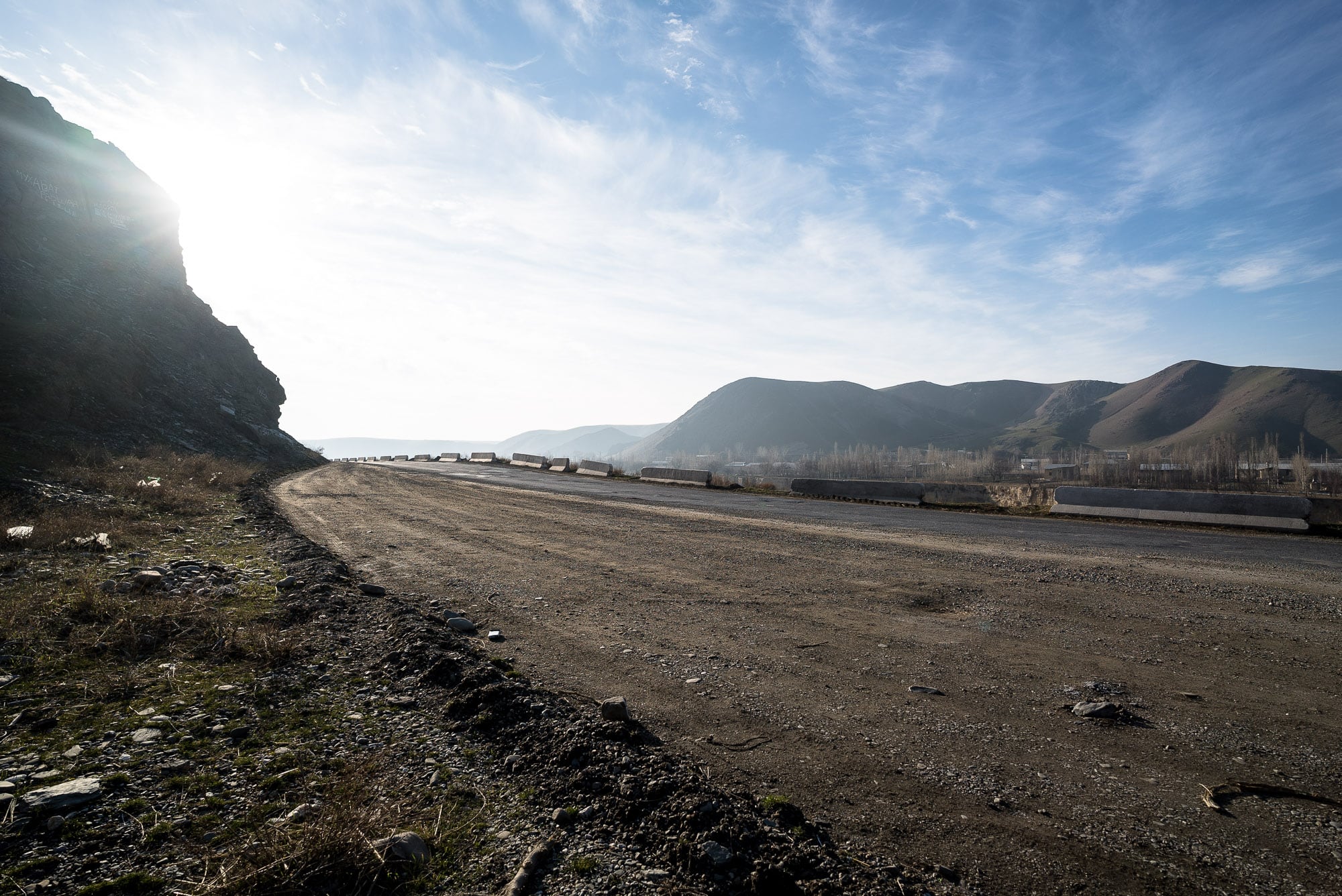 It was right after this curve that we got checked by police. Two times. The first time was extremely thorough, the second time was a bit more relaxed. We were told that Gallaorol indeed had a hotel.

So we kept walking.

At some point the little town announced itself with apples next to the highway: 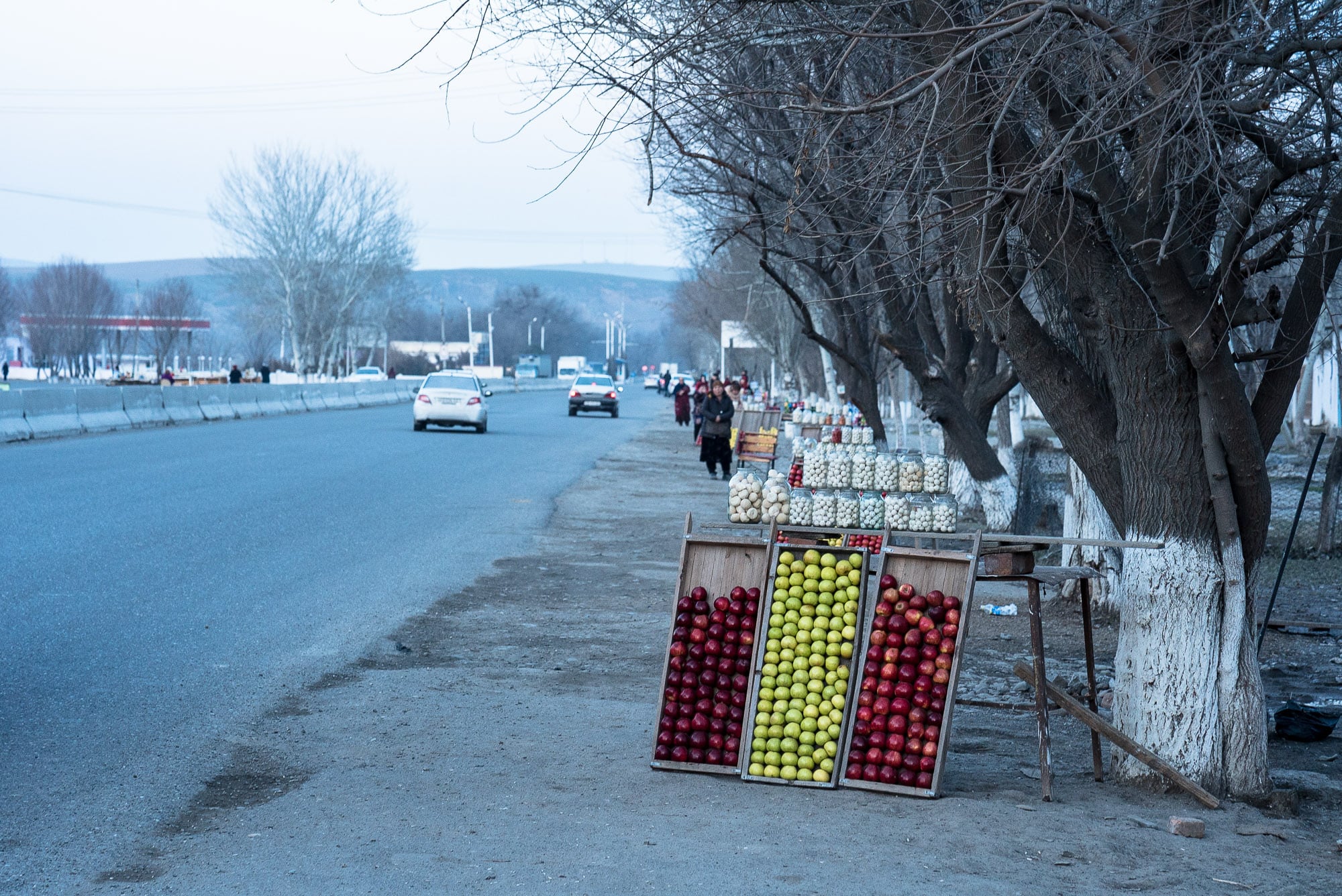 Then there was a bridge: 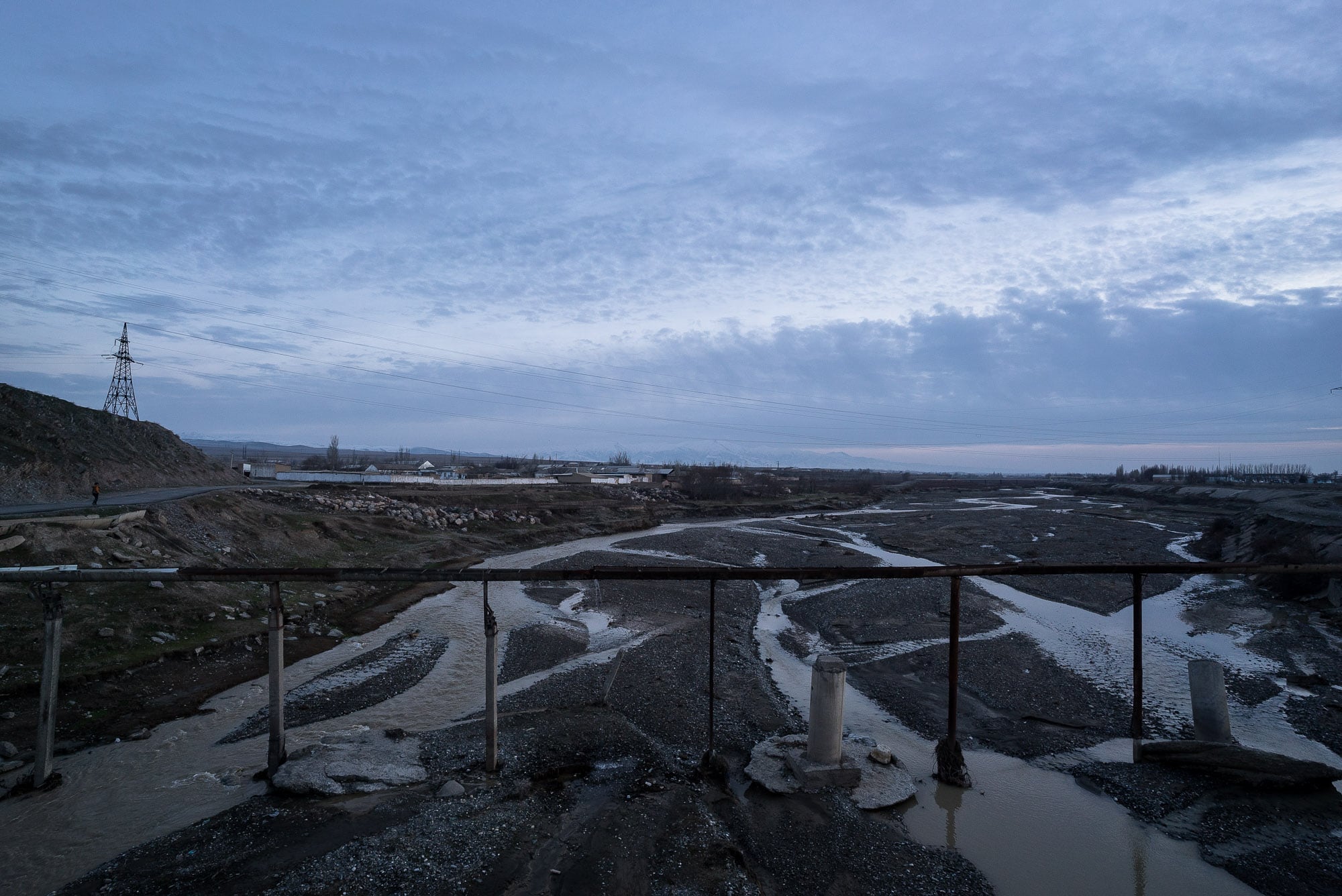 A bunch of people selling stuff and some cars: 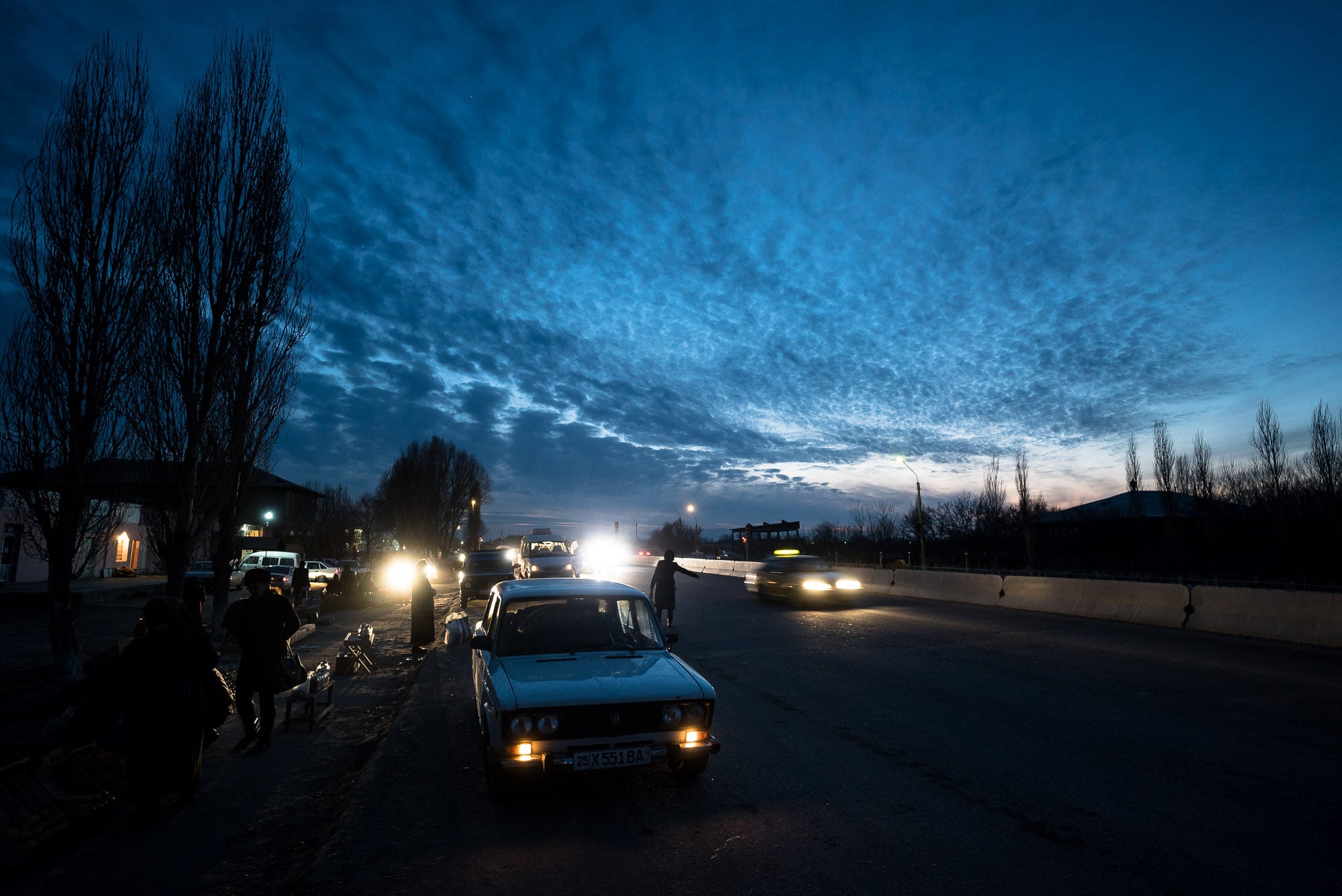 And a tiny little lake, or rather, a pond: 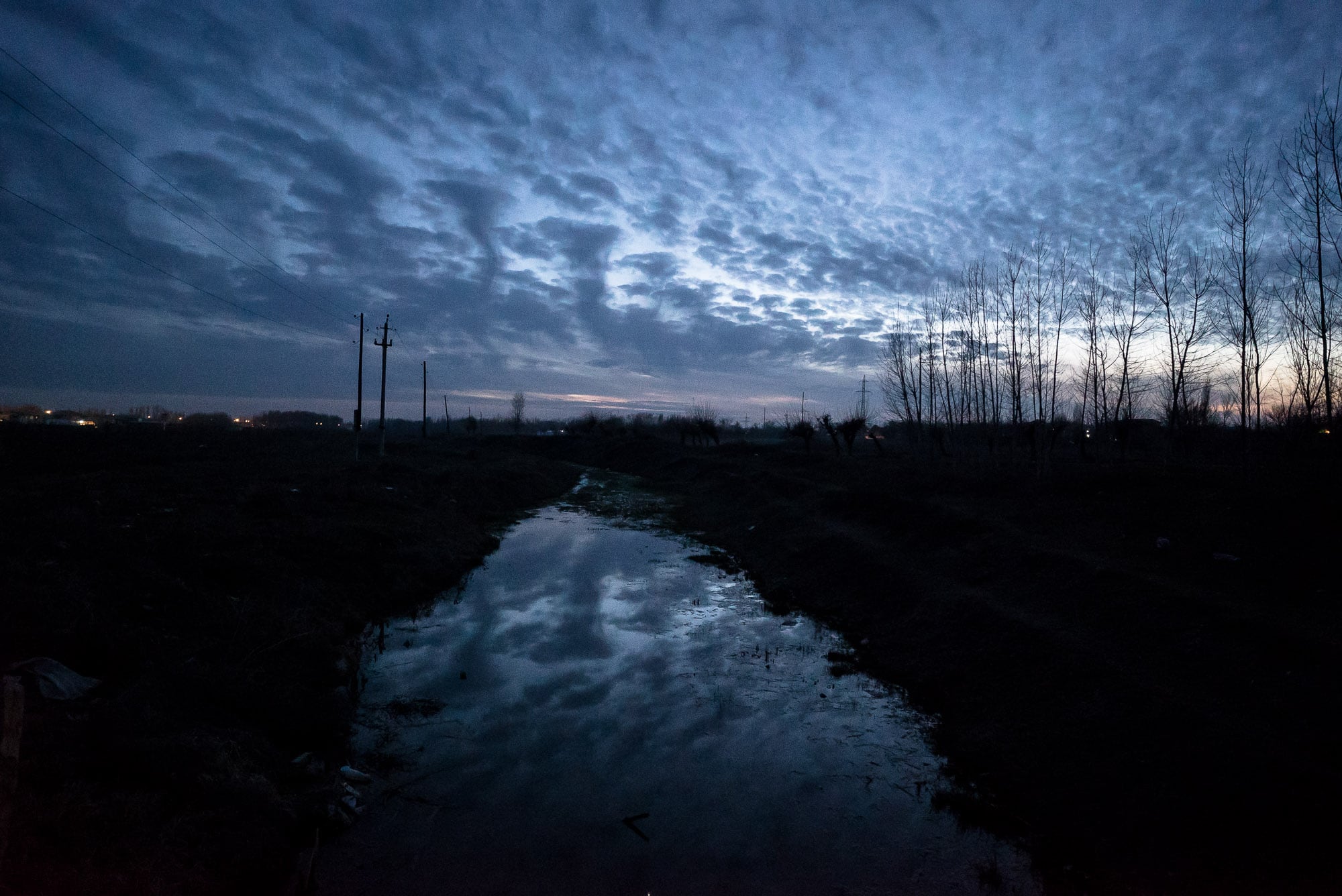 And then we were there: 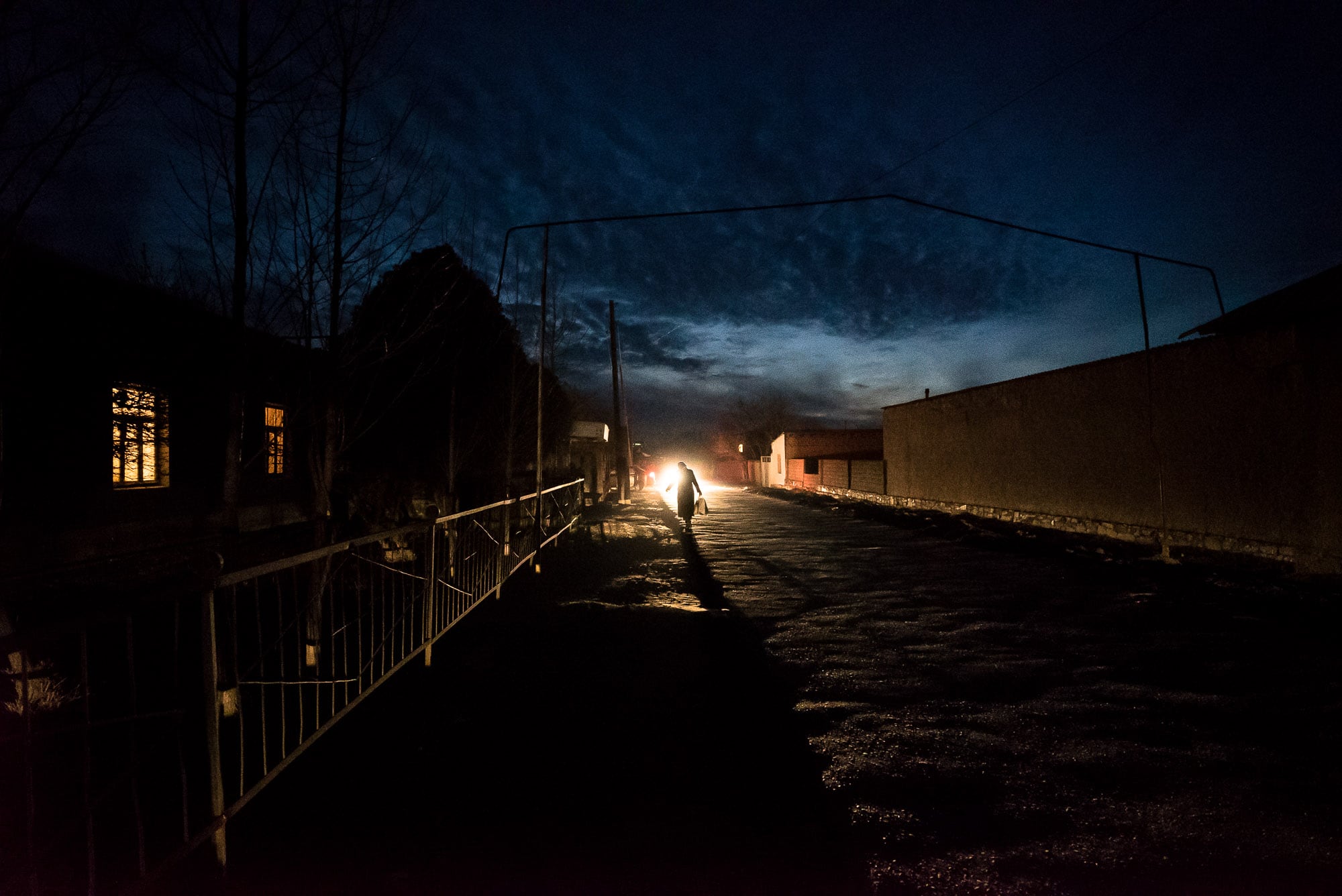 There was something strange about this little town – it didn’t seem to have any street lights. The hole place was dark and a bit eery.

We managed to ask around until we found the guesthouse: 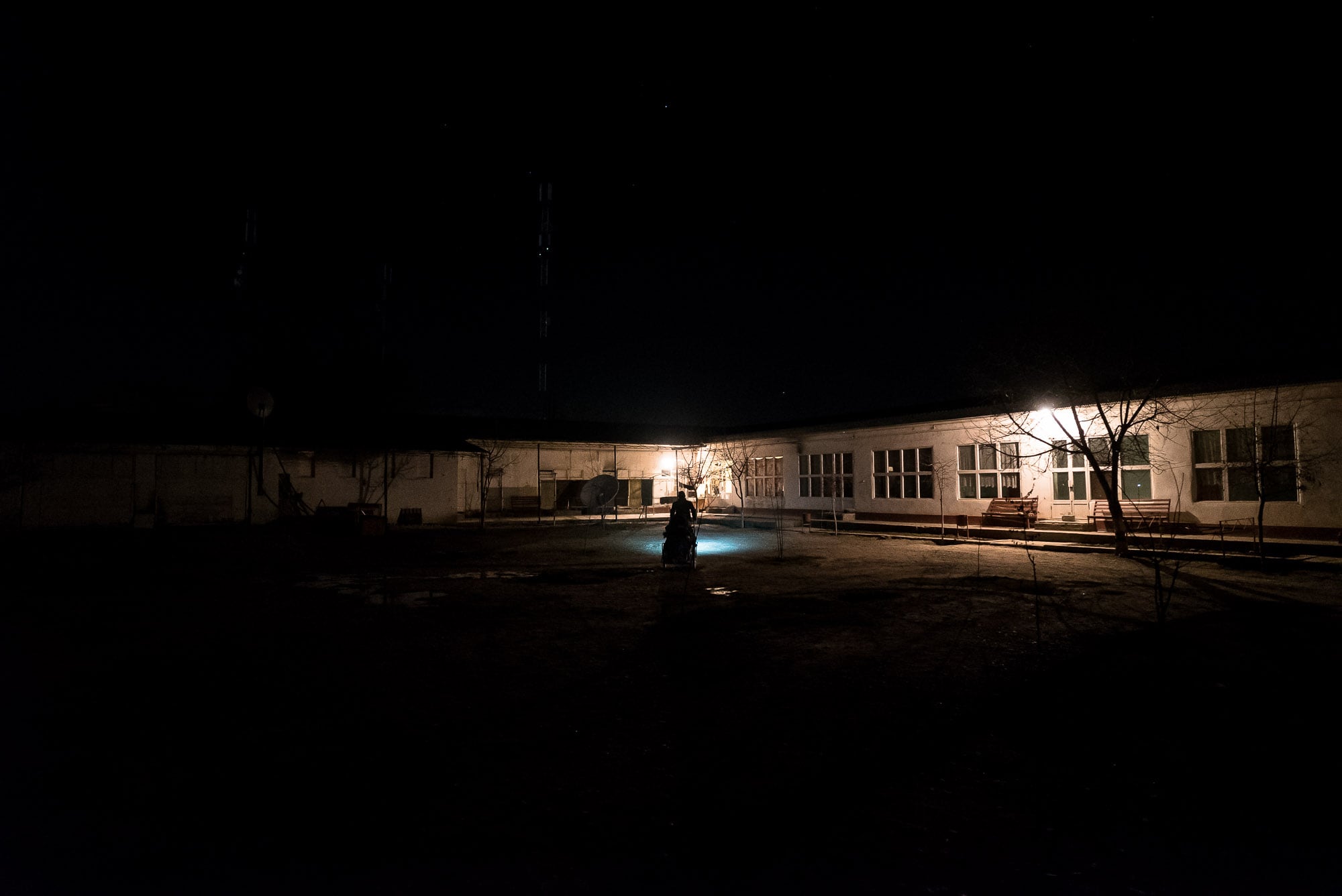 It was hidden in a backyard.

The owner was a friendly old man. He gave us a room, turned on a stove for heat and told us where to get hot water for our feet.

So we decided to chill: 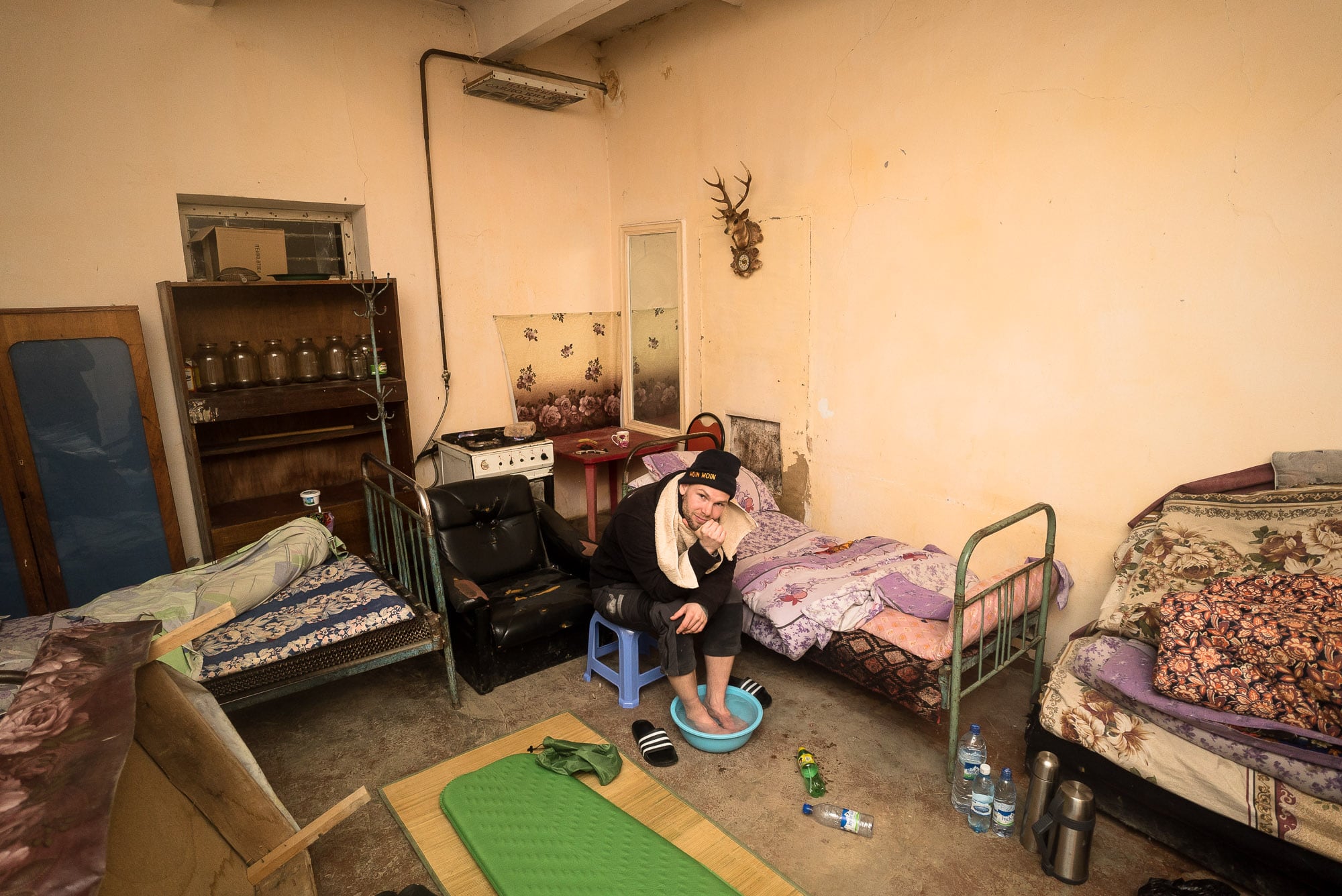 Even though that turned out to be a bit hard with the smell of the gas stove happily firing away: 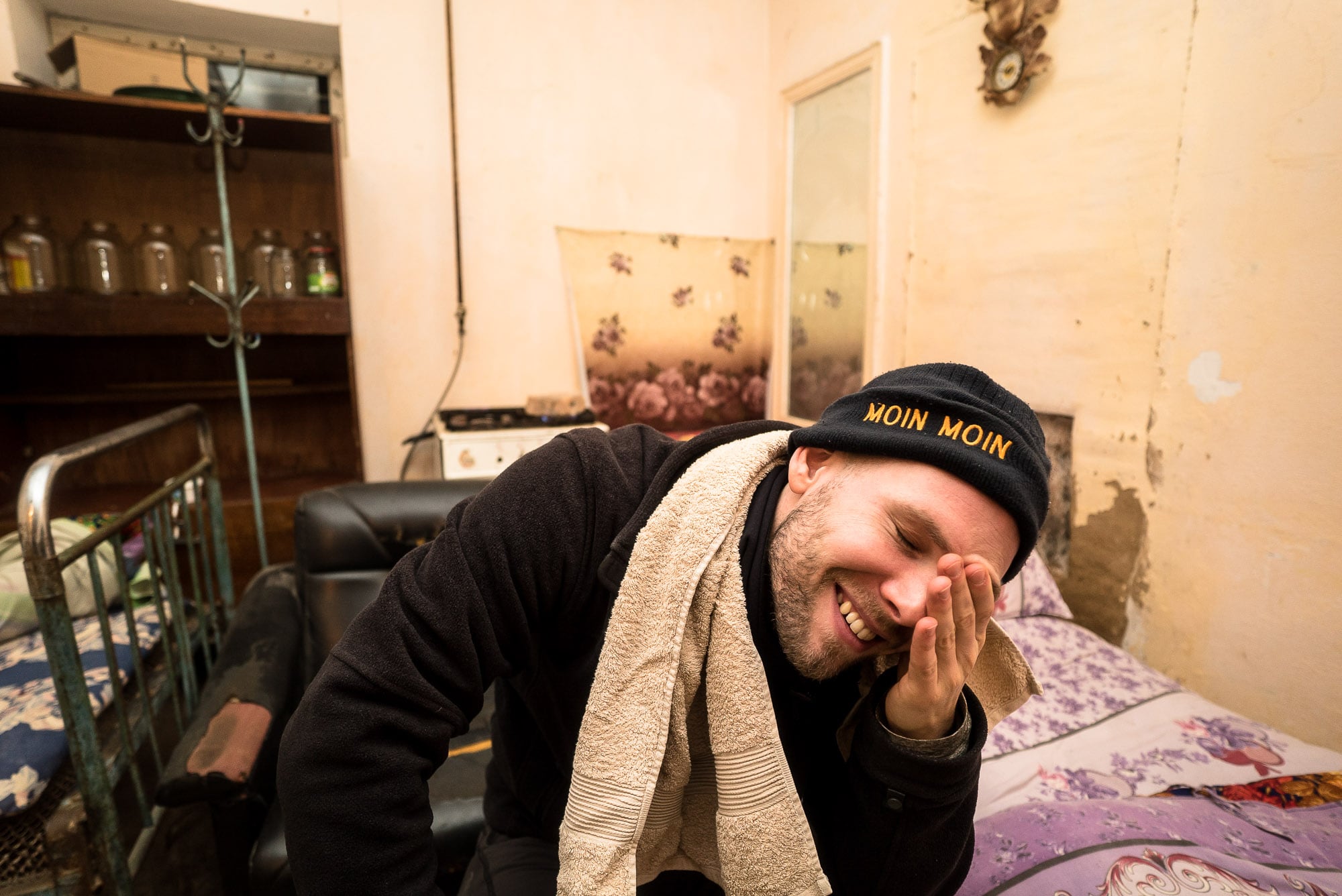 But on the upside, we had hot water for our feet: 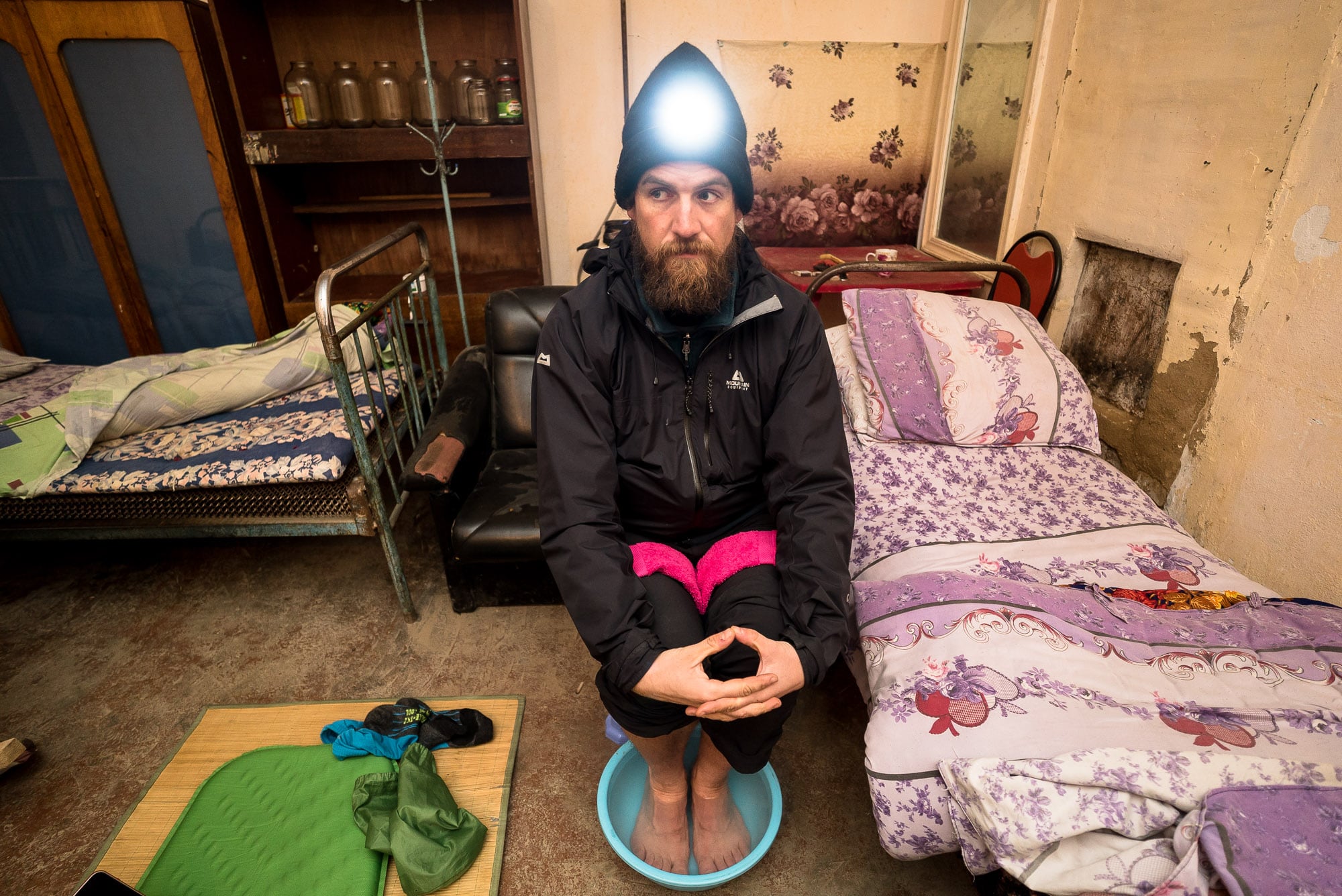 That night, I woke up once and stared at the stove: 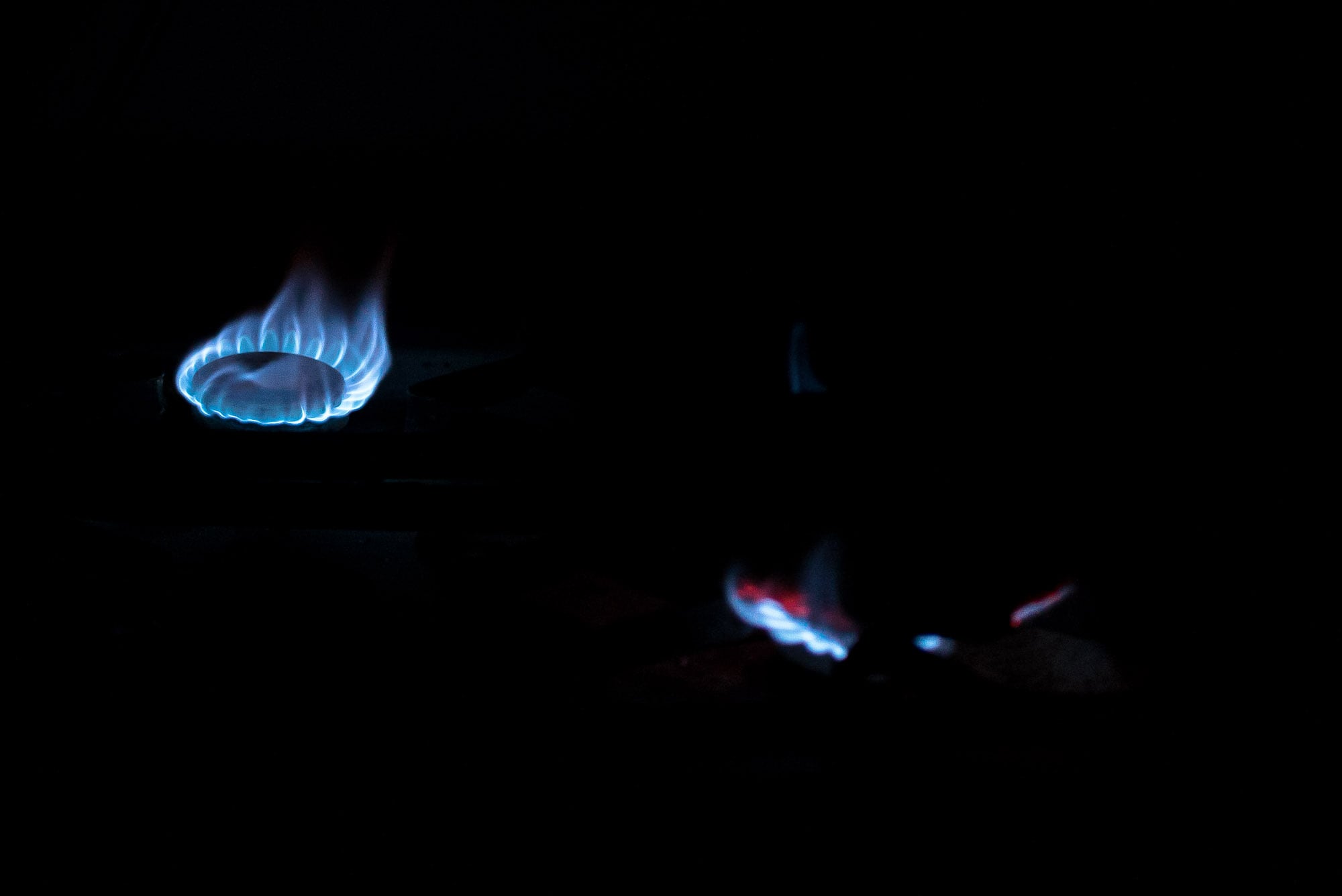 There was a dog barking in the distance. I found myself wishing it would wake us up in case the damn stove went out.

The air was heavy (or light?) with gas.

Day 630
from Jizzakh to Gallaorol