In the morning, we said good-bye to Tatyana, the friendly lady who was in charge of our hotel in Yangiyer: 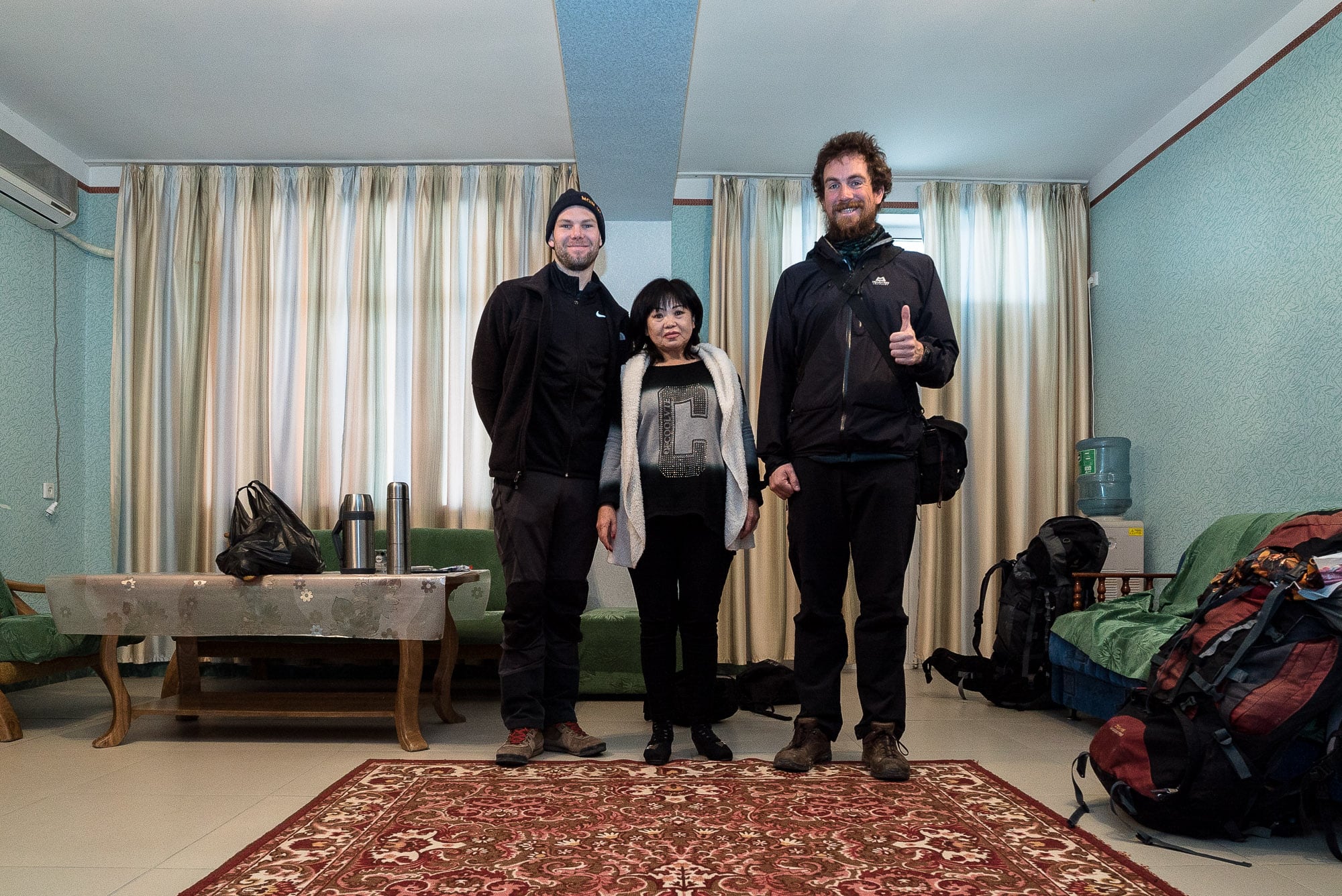 Then we took a cab back to Ulyanovo and went to Ikram’s house. The Caboose was there. And so was his family. It was Sunday.

So we went in for tea, which turned into breakfast: 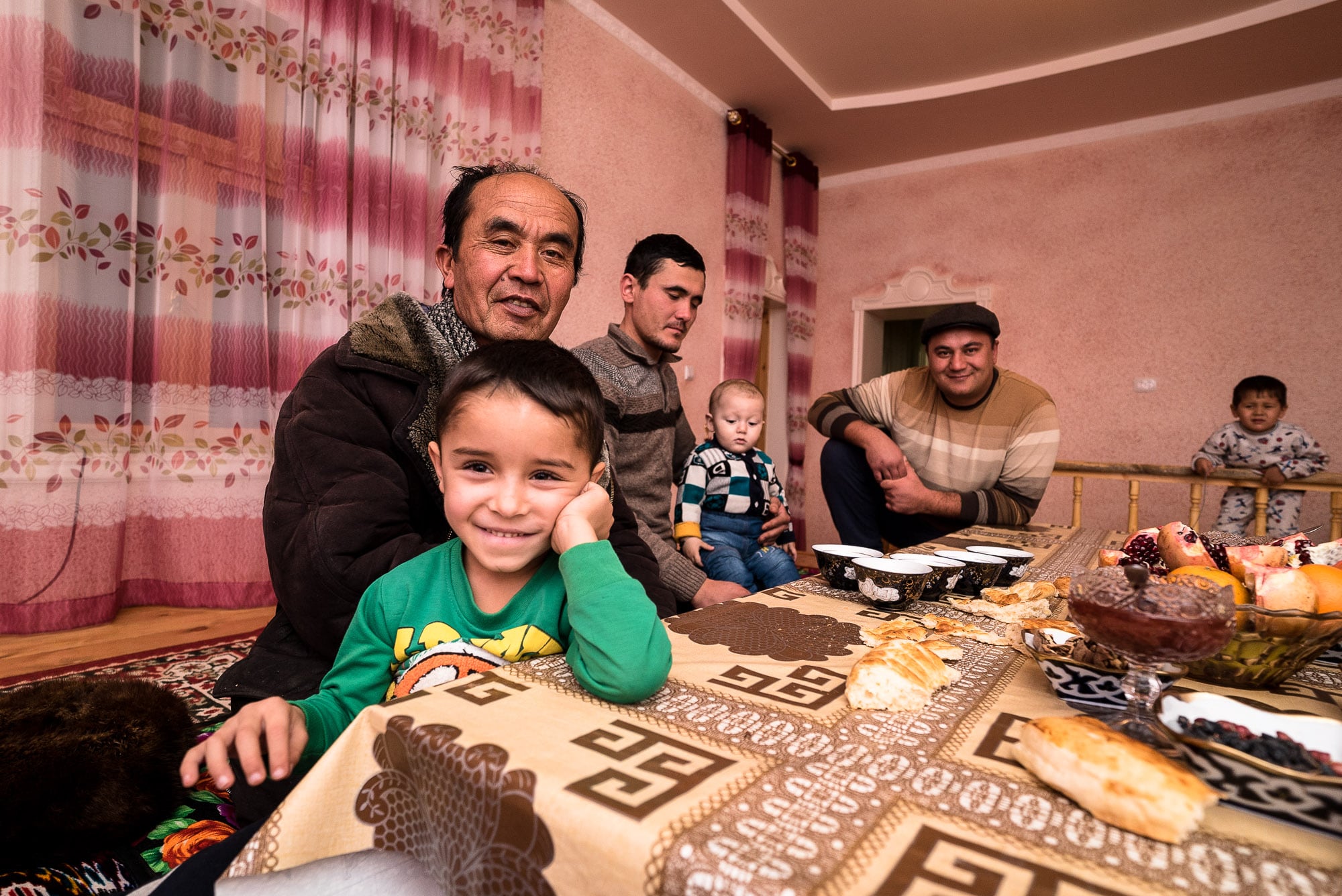 And breakfast turned to lunch: 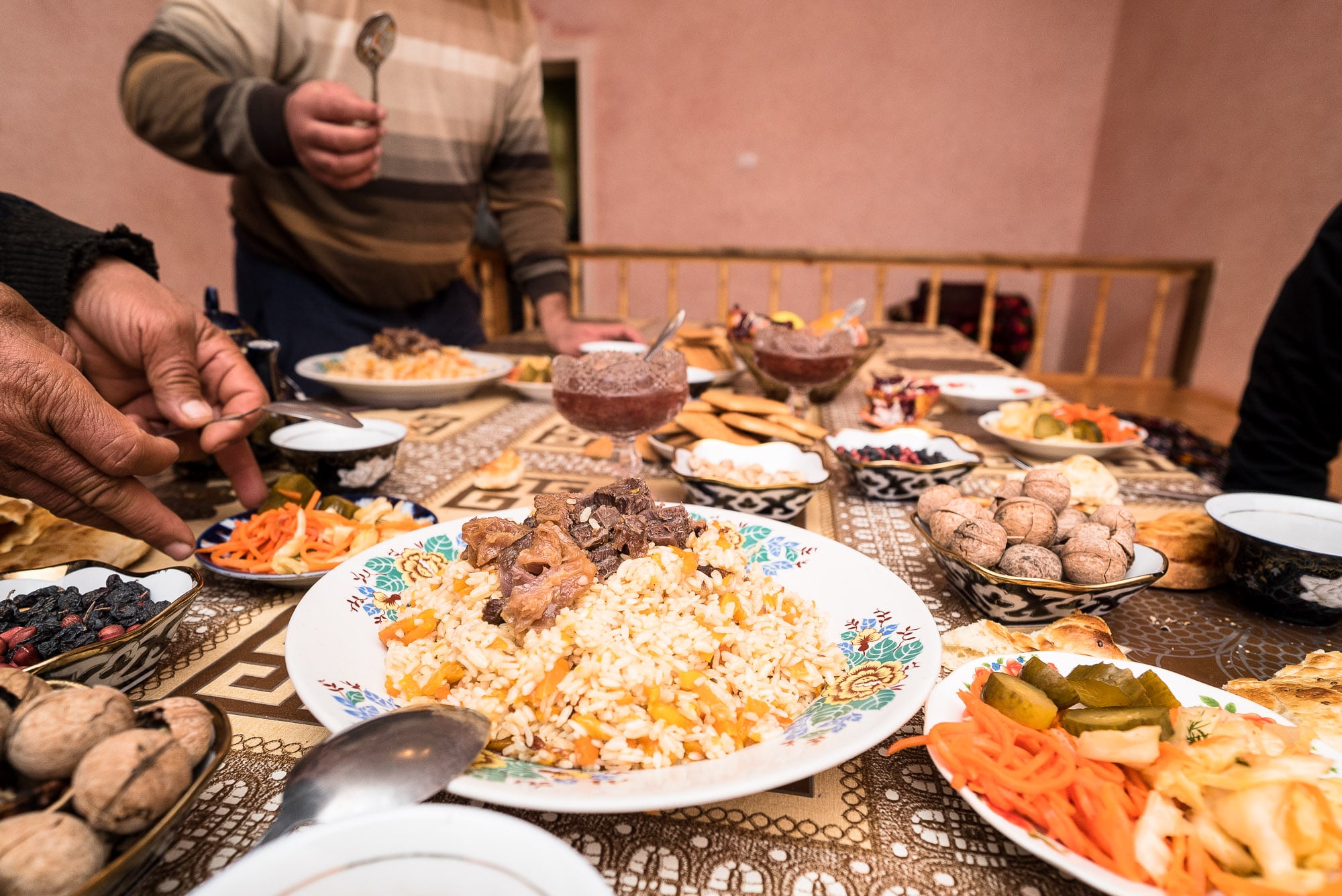 After all of this, we were so stuffed we couldn’t even think about walking:

So we watched a disney movie about an alpaca or a llama or something: 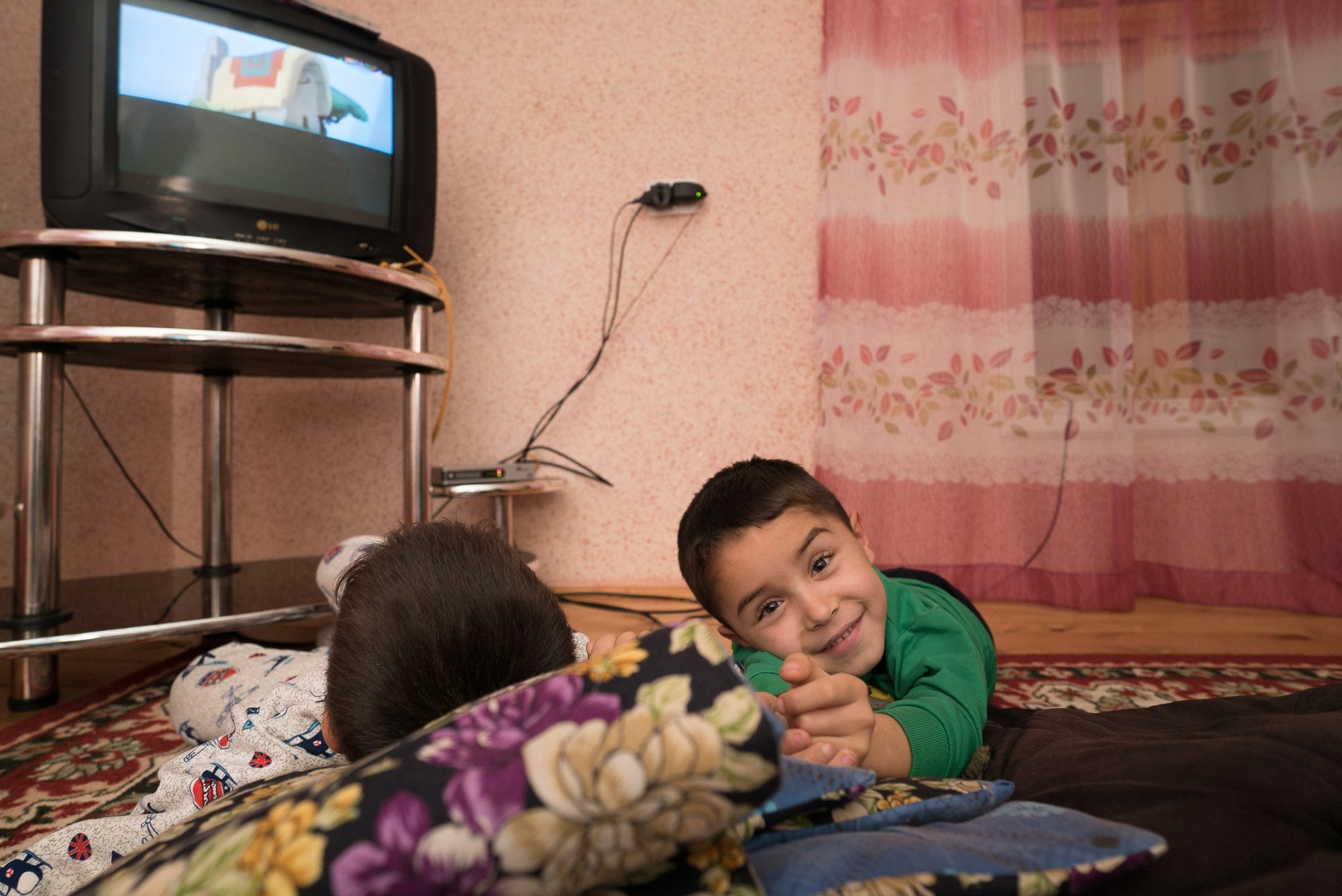 And we fell asleep right there in their living room.

It was in the early afternoon that we finally got back on the road.

There we noticed a Spanish love note on a wall: 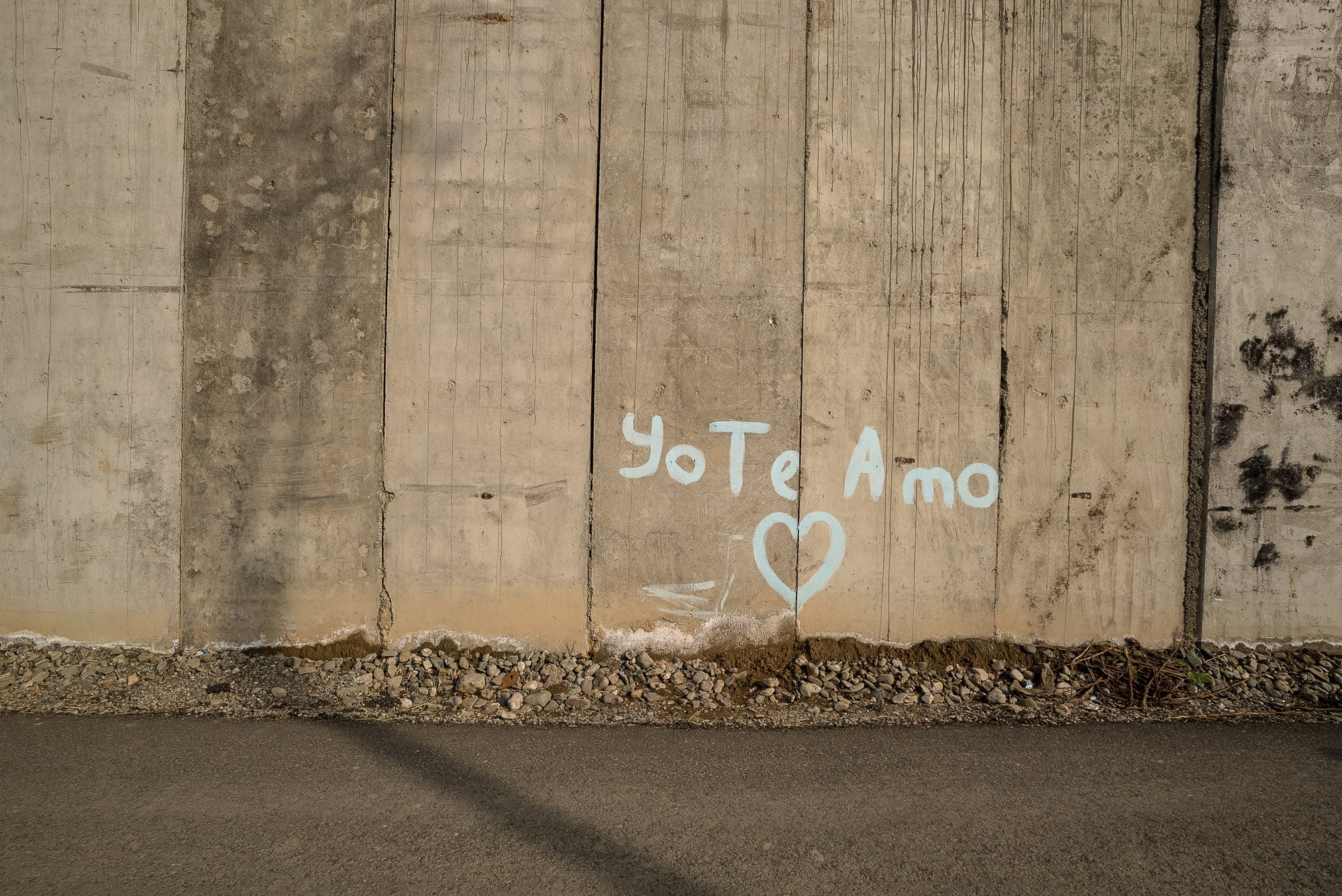 And then we were back on the road that led through the steppe: 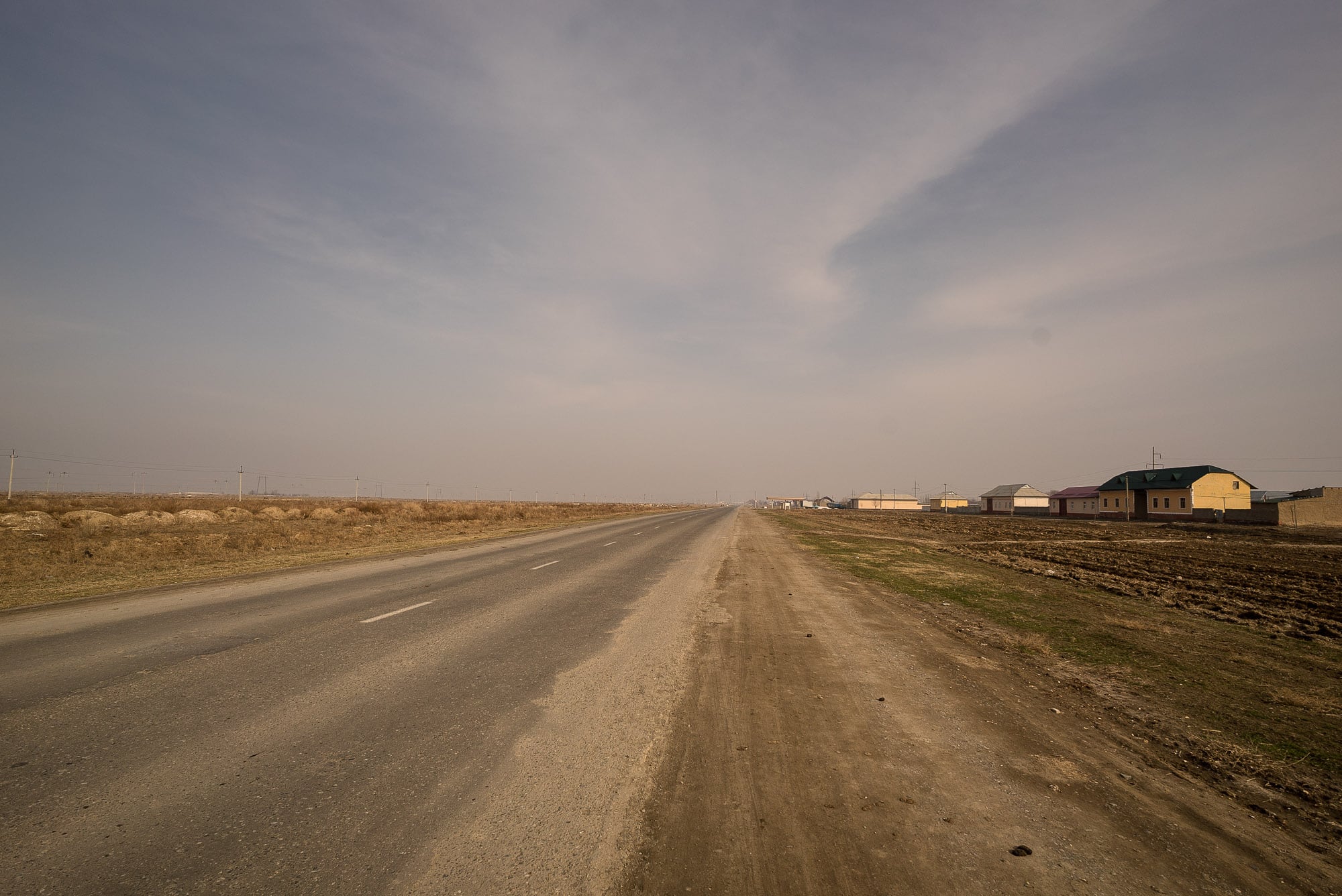 One time we passed a large cotton storage facility: 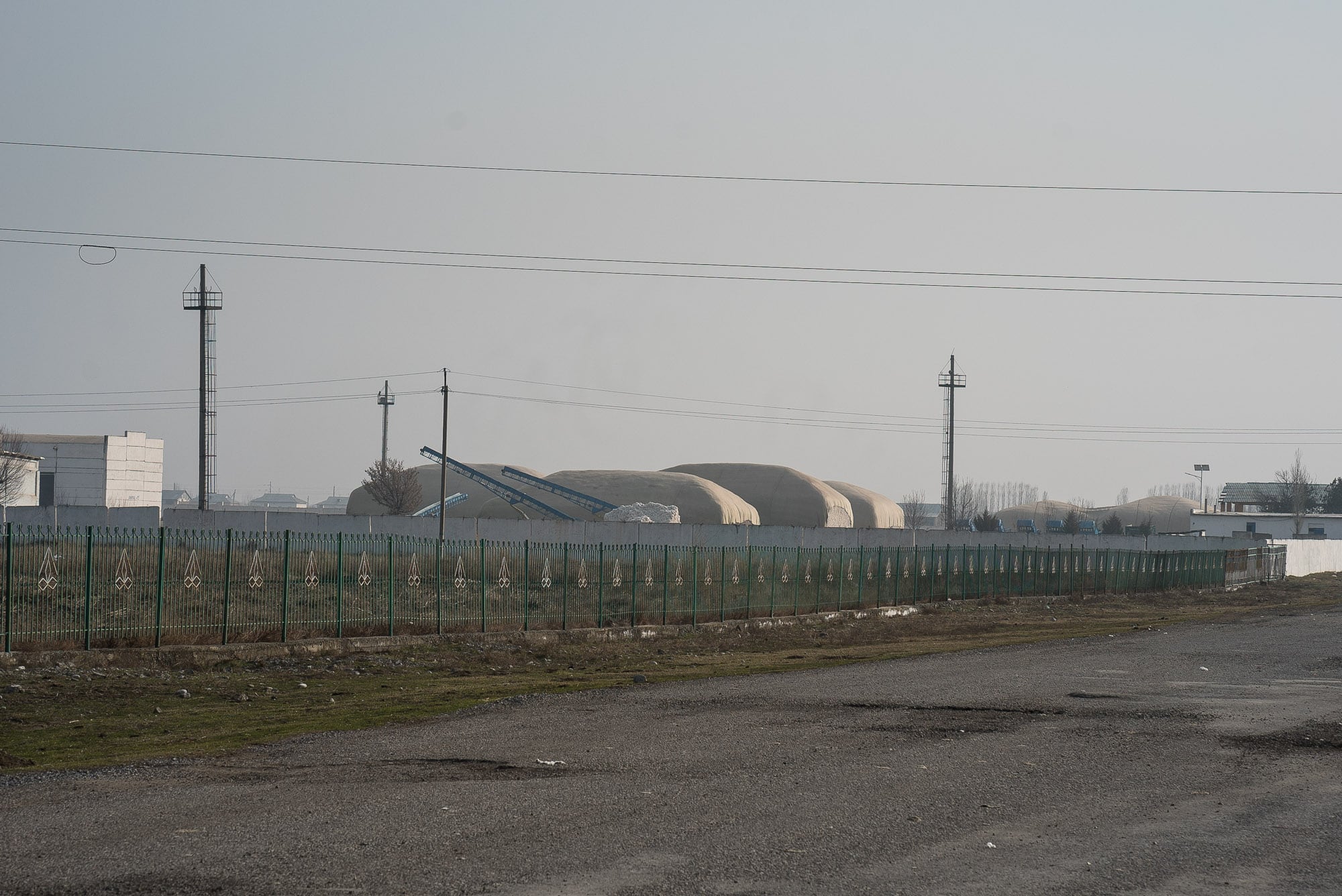 And another time we passed a pipeline: 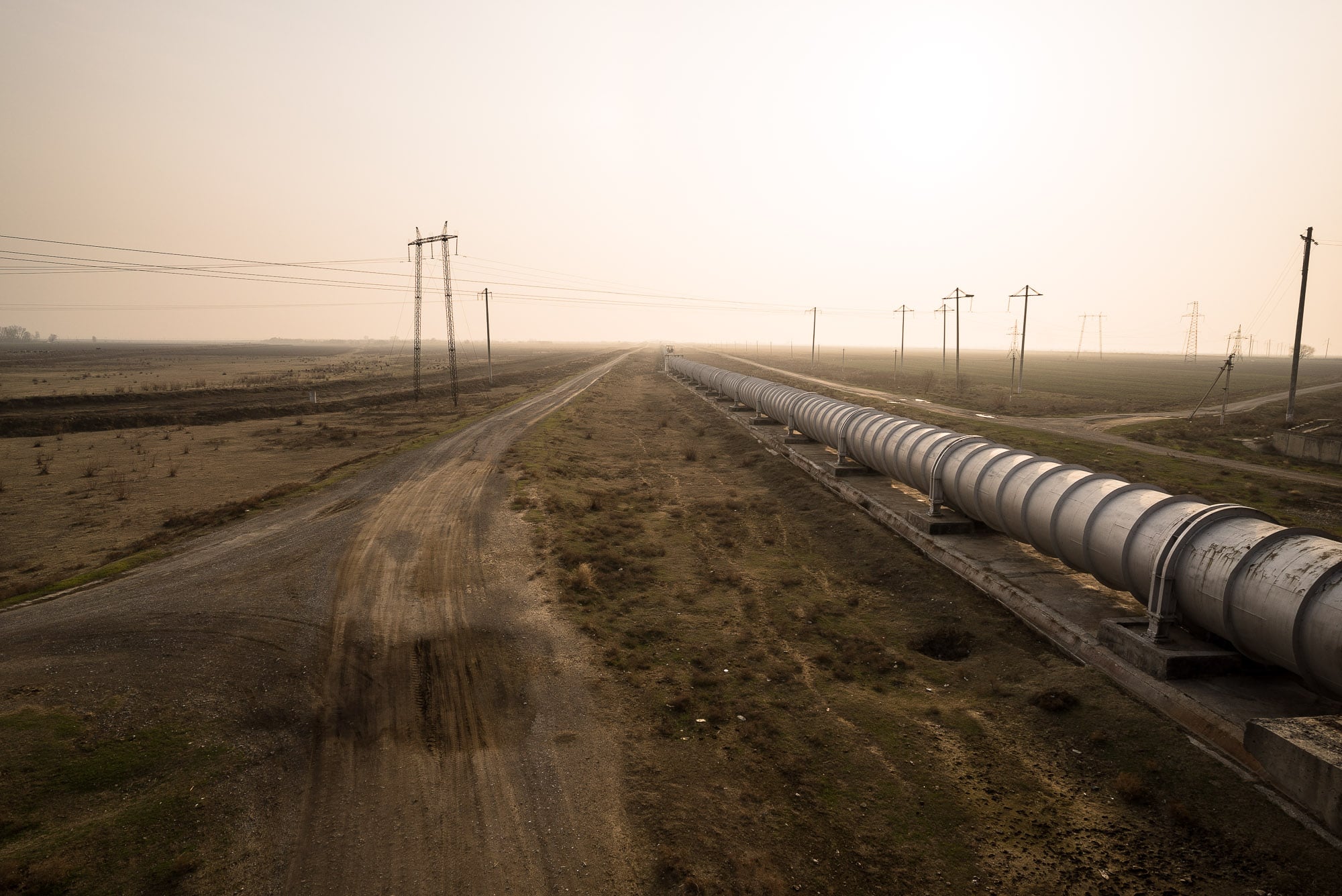 This was the first time in my life that I had ever seen one. Whenever people talked about wars in the Middle East, they seemed bound to mention these things. Pipelines. And here was one, big and fat like a sandworm from the movie Dune.

Eventually Ikram caught up with us: 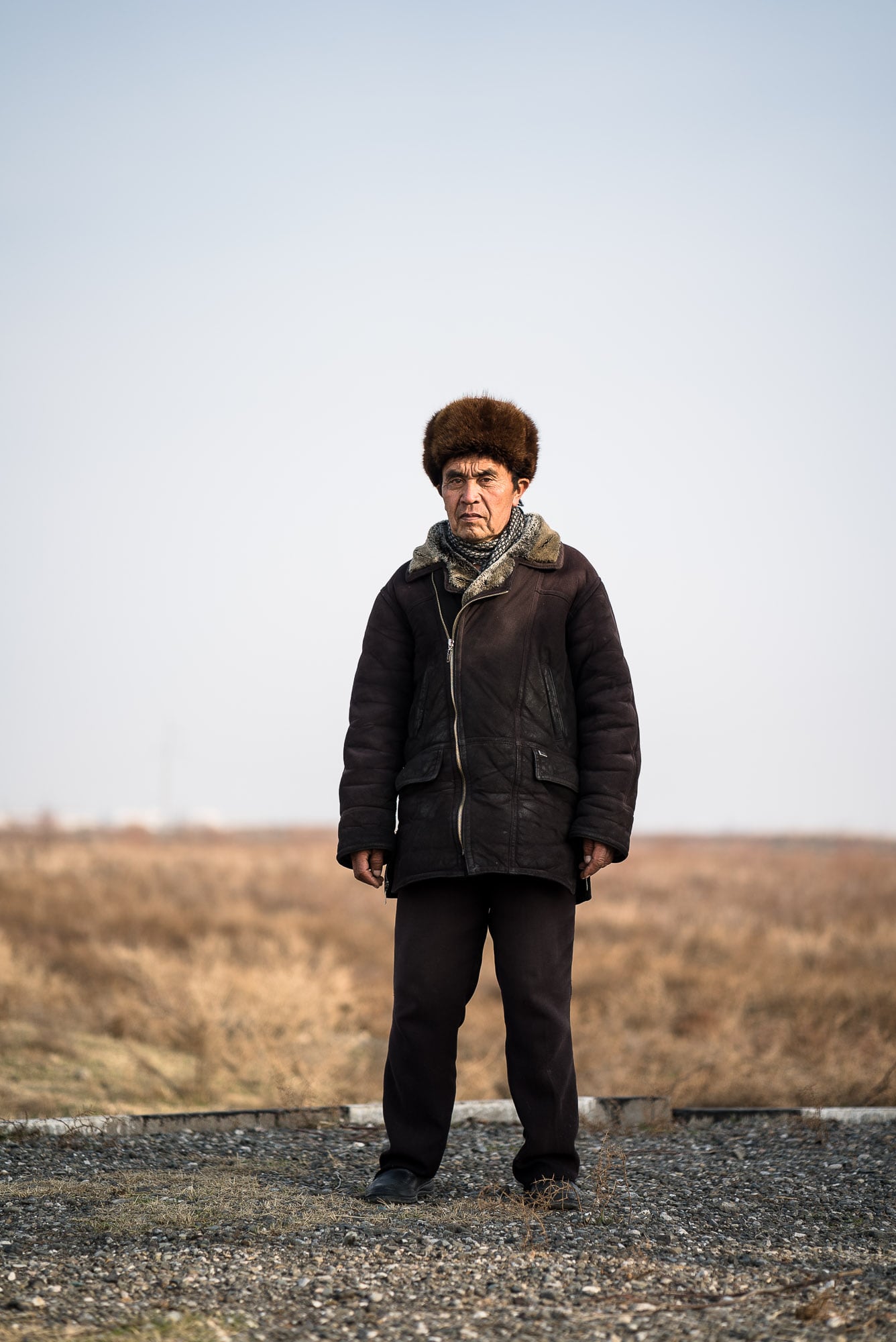 He had come by bike:

And he didn’t always look that serious: 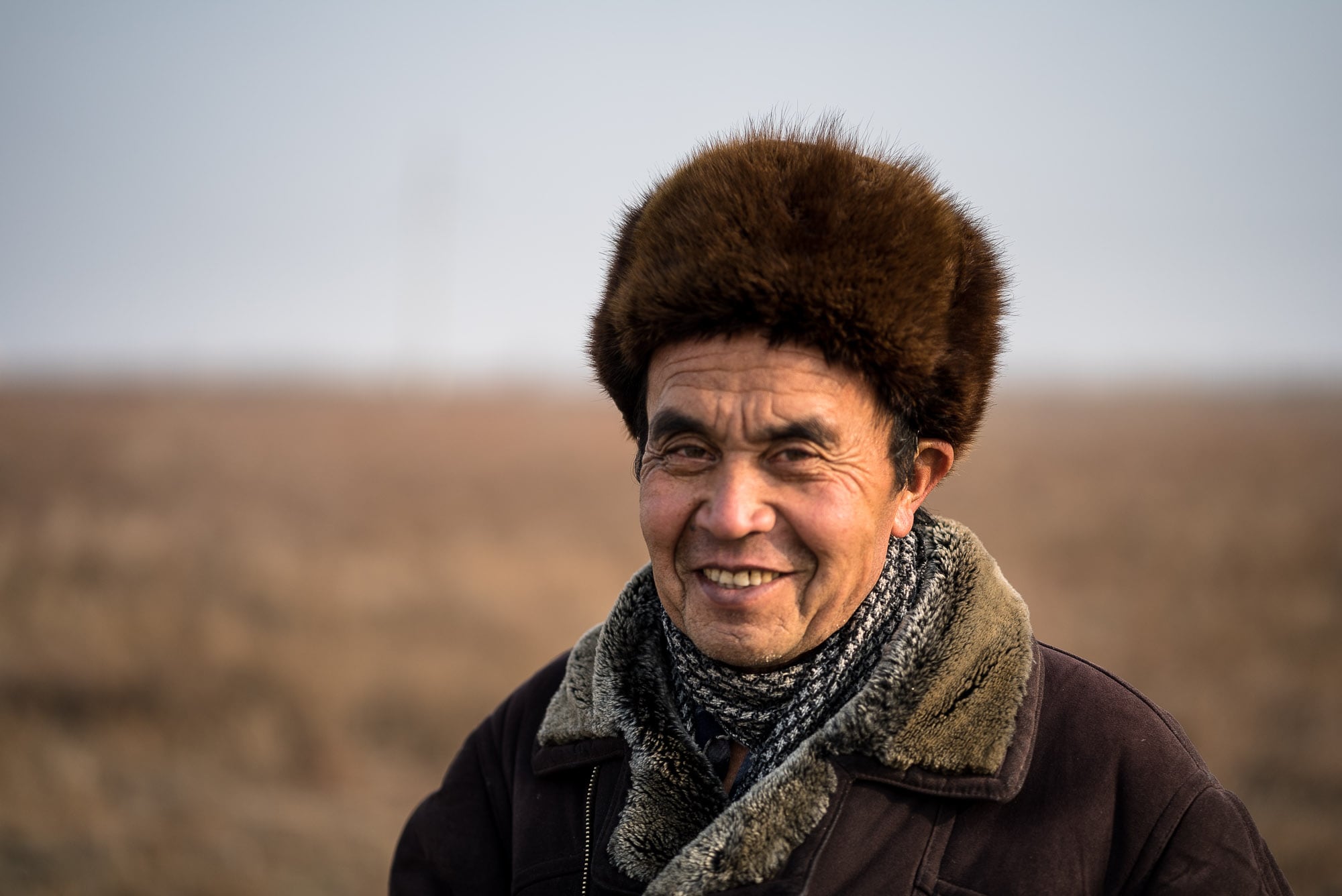 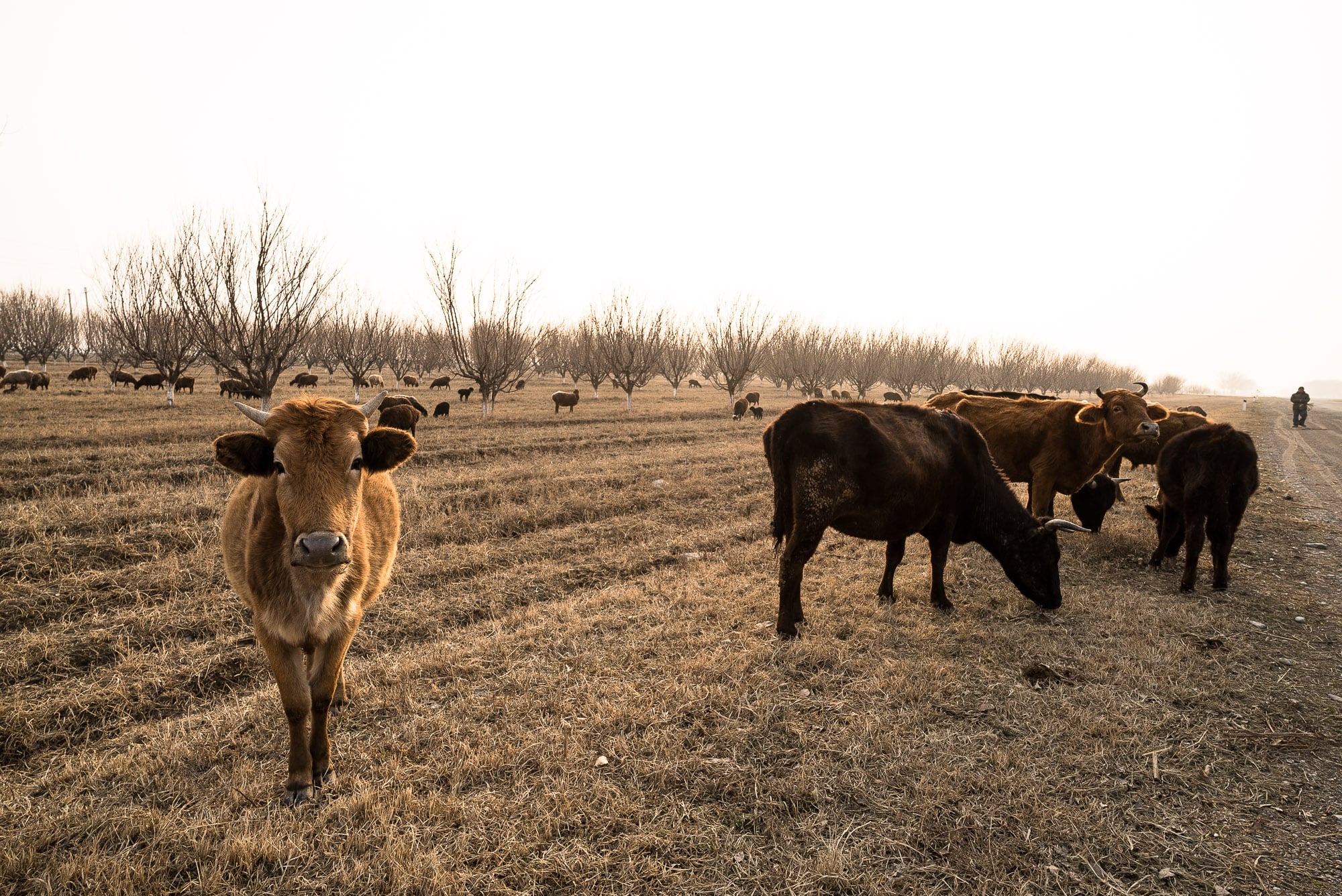 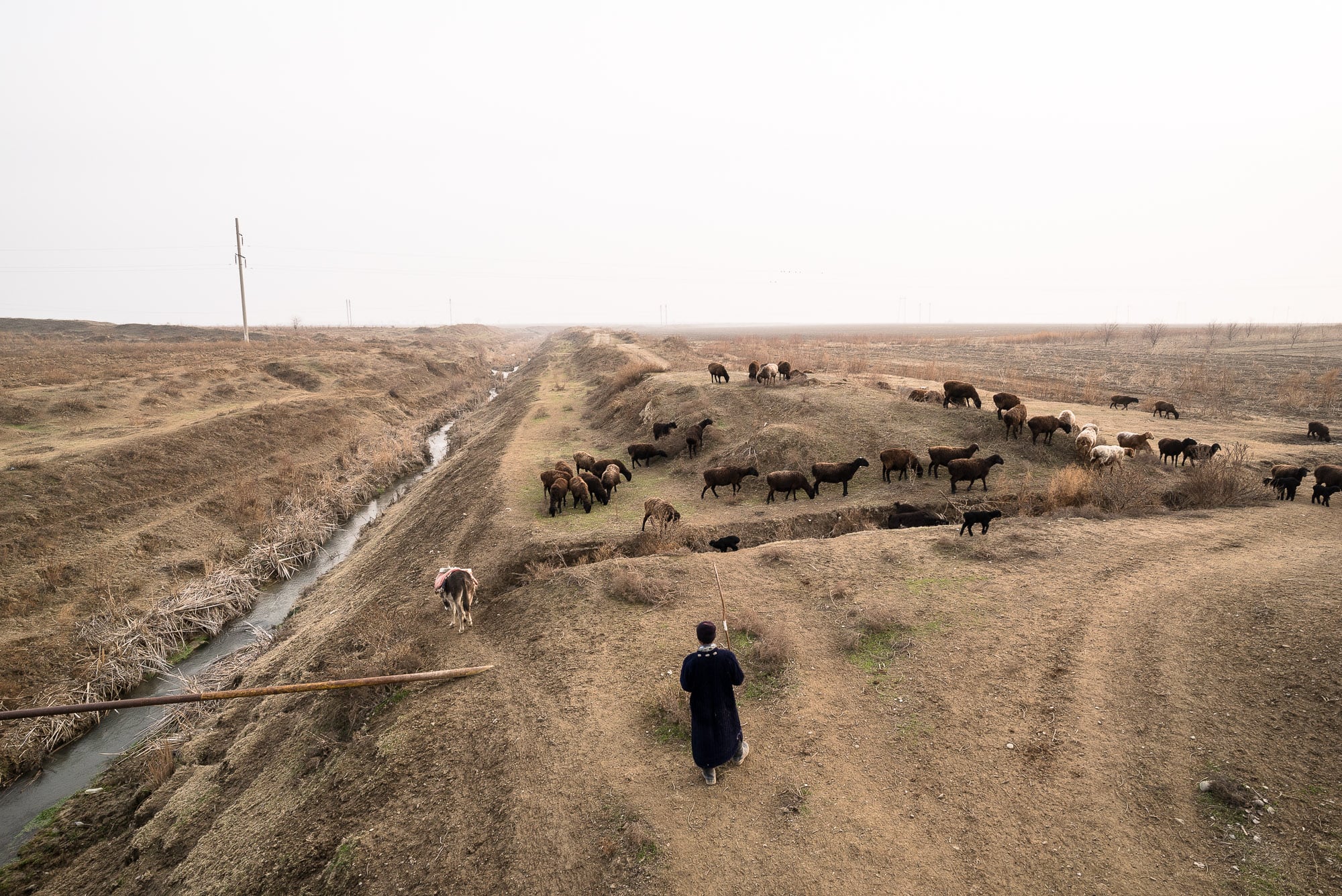 And sheep of course: 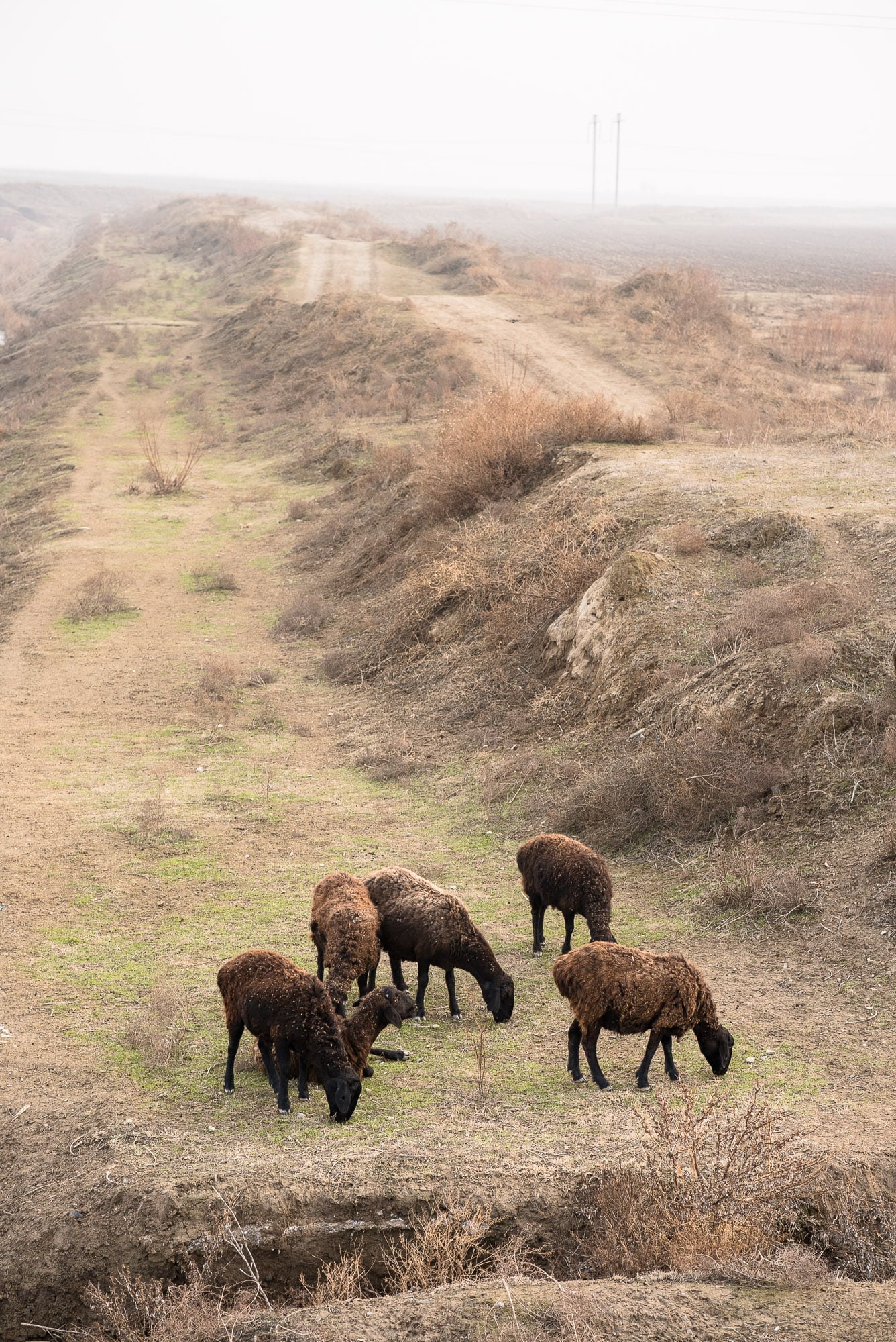 Then we reached a hotel that Ikram had told us about: 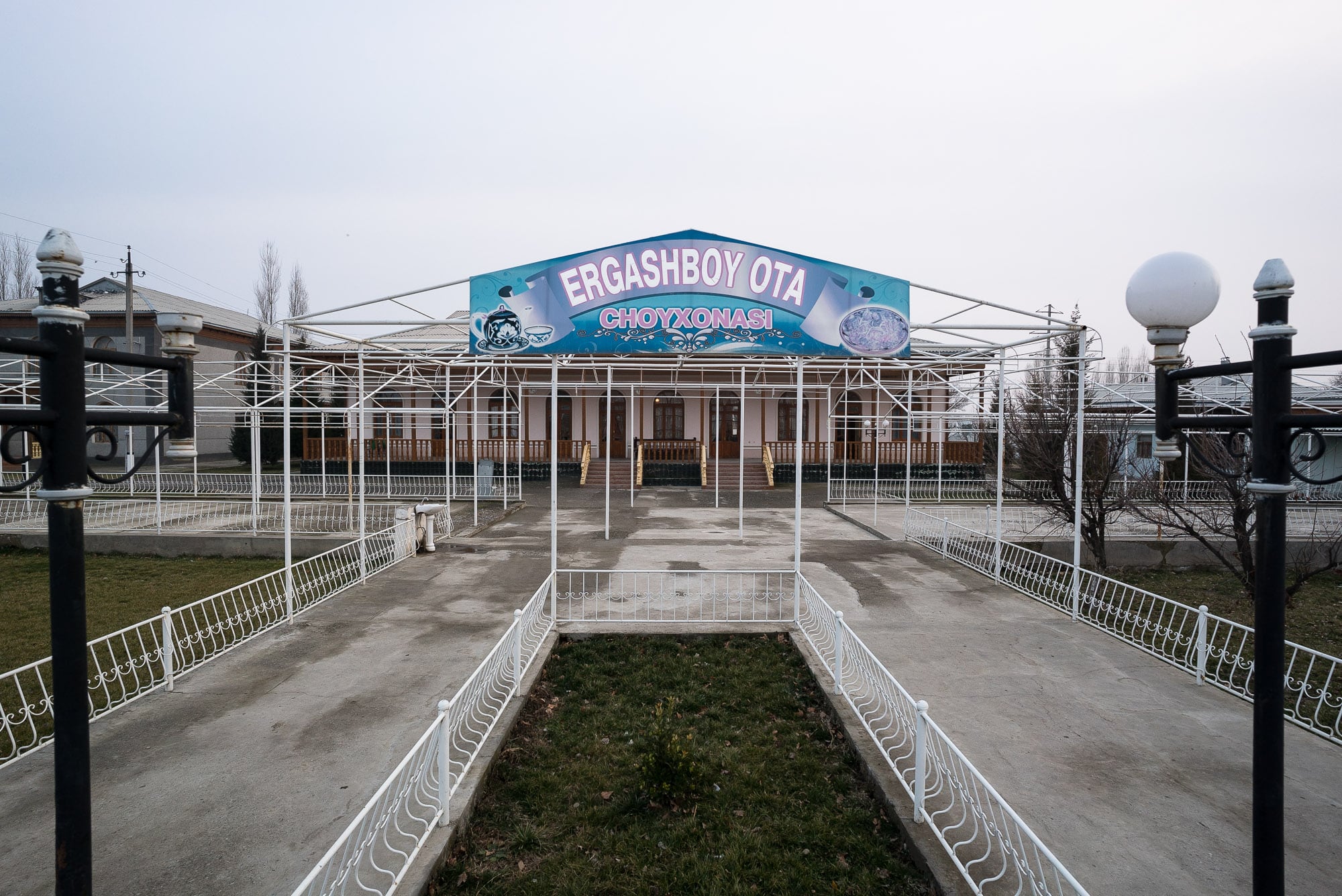 It was perfect for us: right next to the road, in a location that we had reached just before sunset. But the manager just looked at us and said: “Uzbeks only.” Then he went back inside.

Apparently, the territory around the border was like that.

Ikram seemed very upset that this had happened to us, but we assured him that it was no big deal. He went home on his bike, and we continued walking into the twilight: 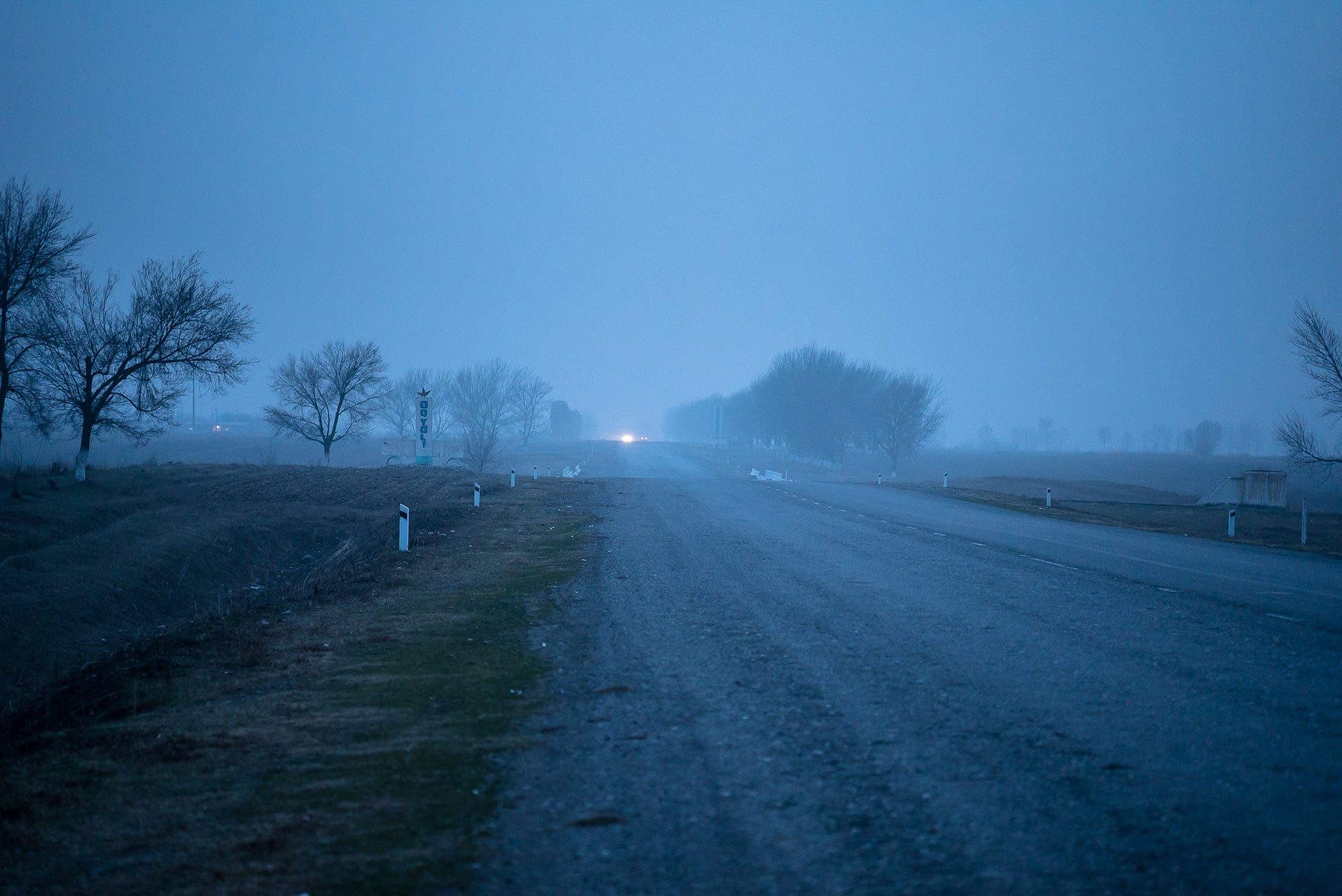 After about an hour, when we couldn’t see much anymore, we asked some people on the road if we could store the Caboose at their place. They said yes: 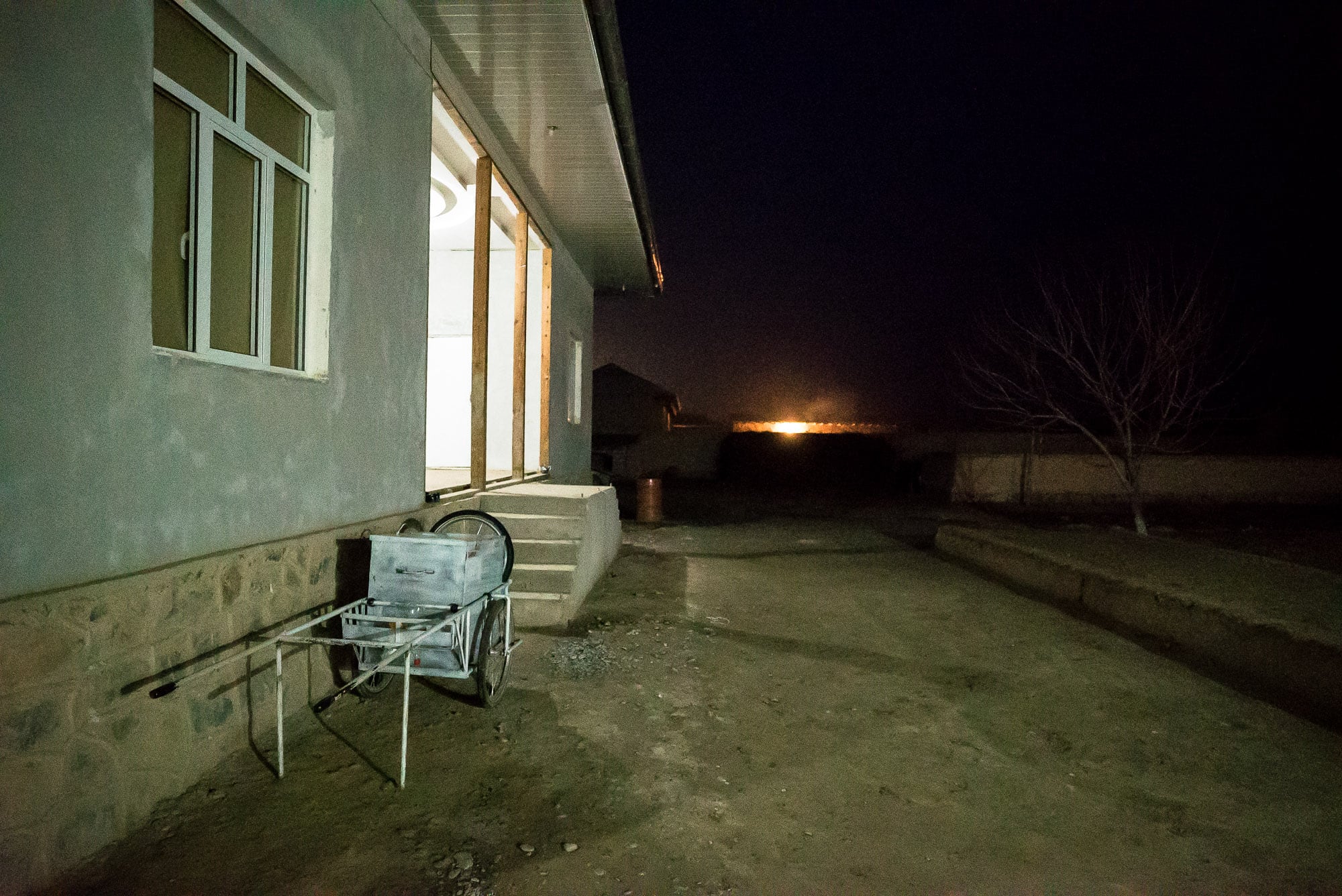 They also offered us to spend the night in their home, but we explained to them that it was probably better if we went to the city and got a proper registration in a hotel.

So we went ahead of the way this time:

It felt weird. But bureaucracy does that to you sometimes.