We knew today was going to be tough, because we had seen the whole distance.

The thing about walking is this: it seems much harder from a vehicle or an airplane, because then you are able to see large distances at a time. But once you are out there walking on your own two feet, you can really only see up to the horizon, and you never really get to grasp the immensity of the distance that might be ahead.

Today was different, though. We had ridden the whole way in a cab the night before, and today we rode it again. So we knew exactly what lay ahead.

Anyway, we went back to the house where we had stored the Caboose, and we said thank you and good-bye to this friendly gentleman: 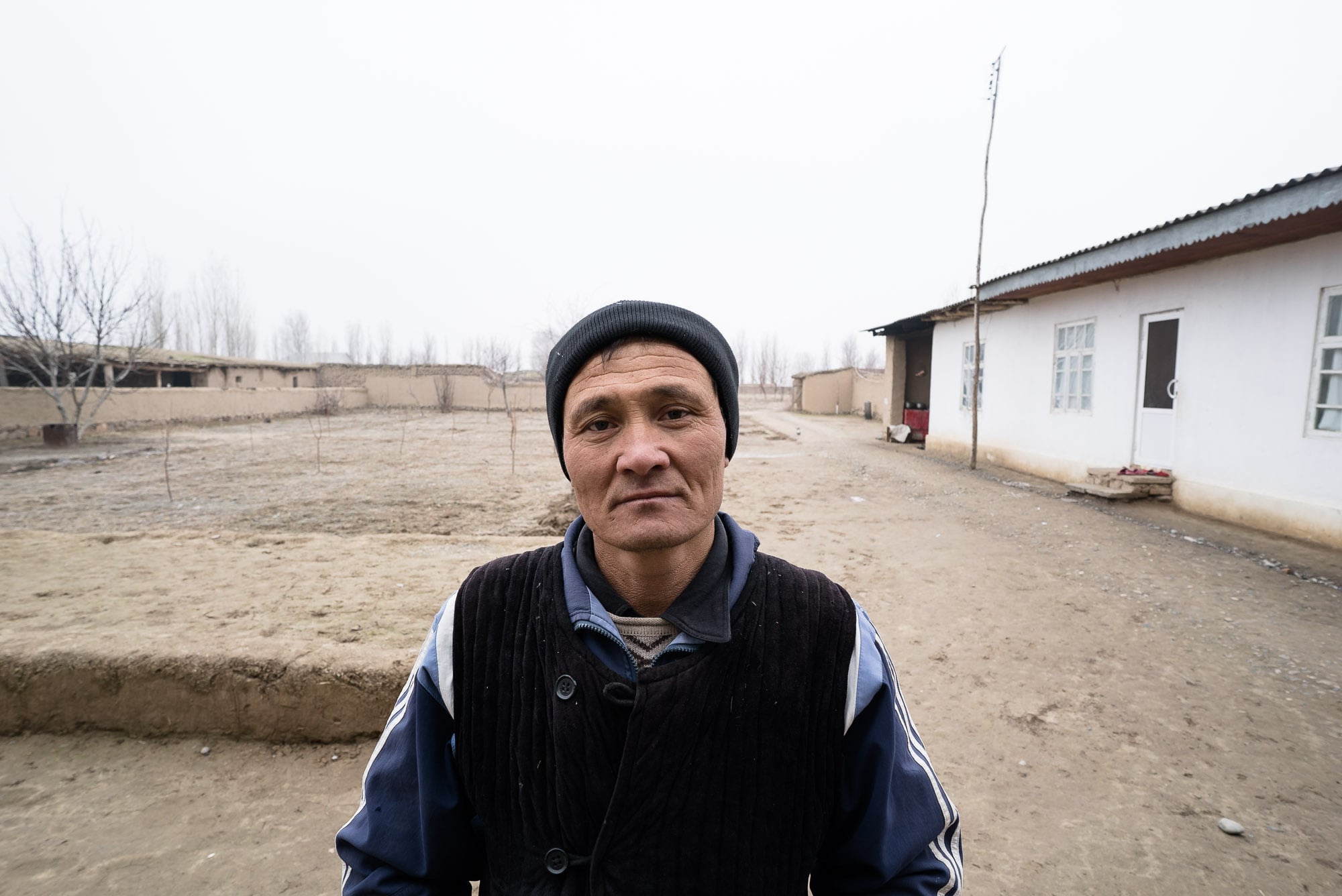 Then we followed a bunch of sheep on the road: 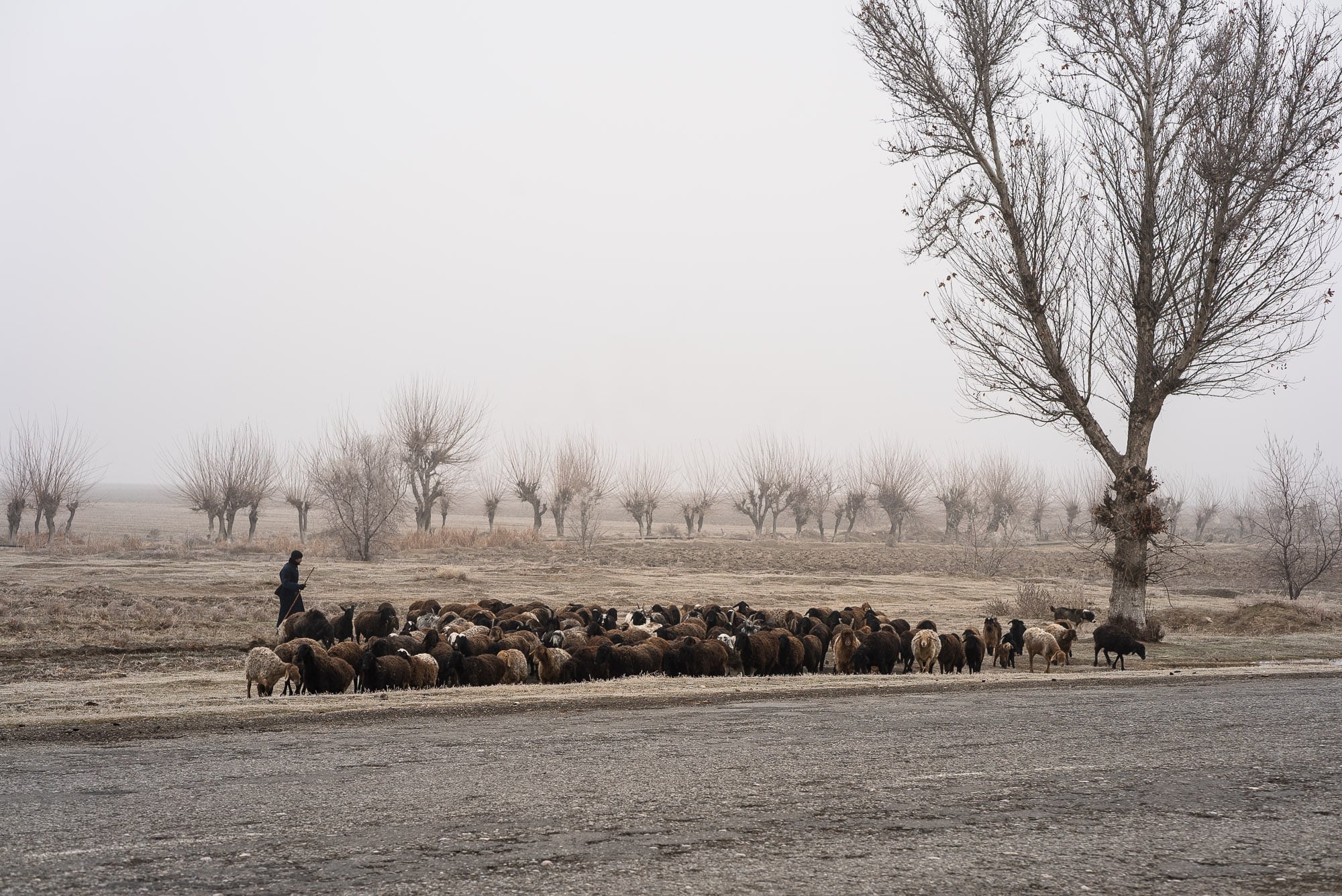 After two hours, we came to a large village that was made up of pink houses like this one: 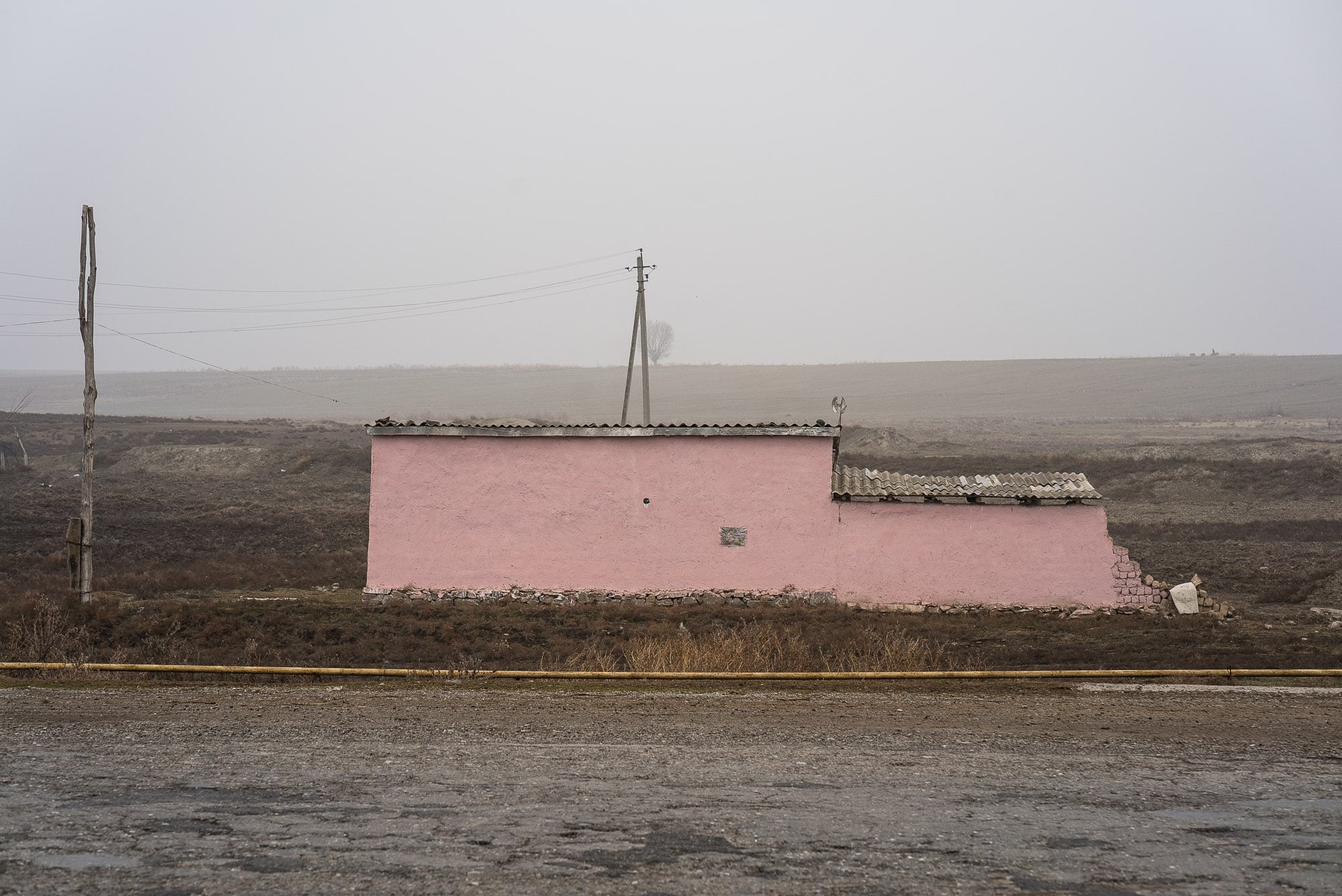 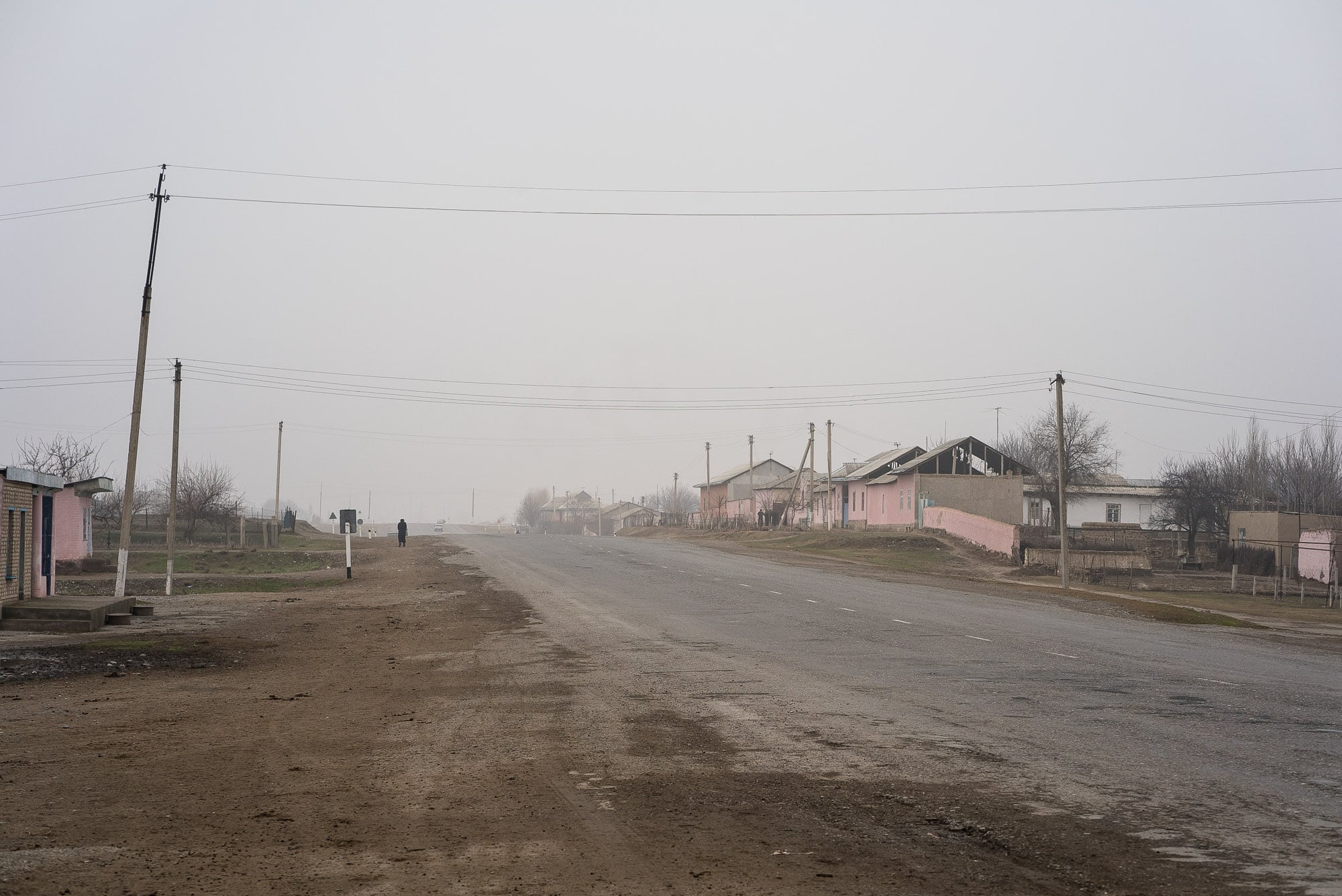 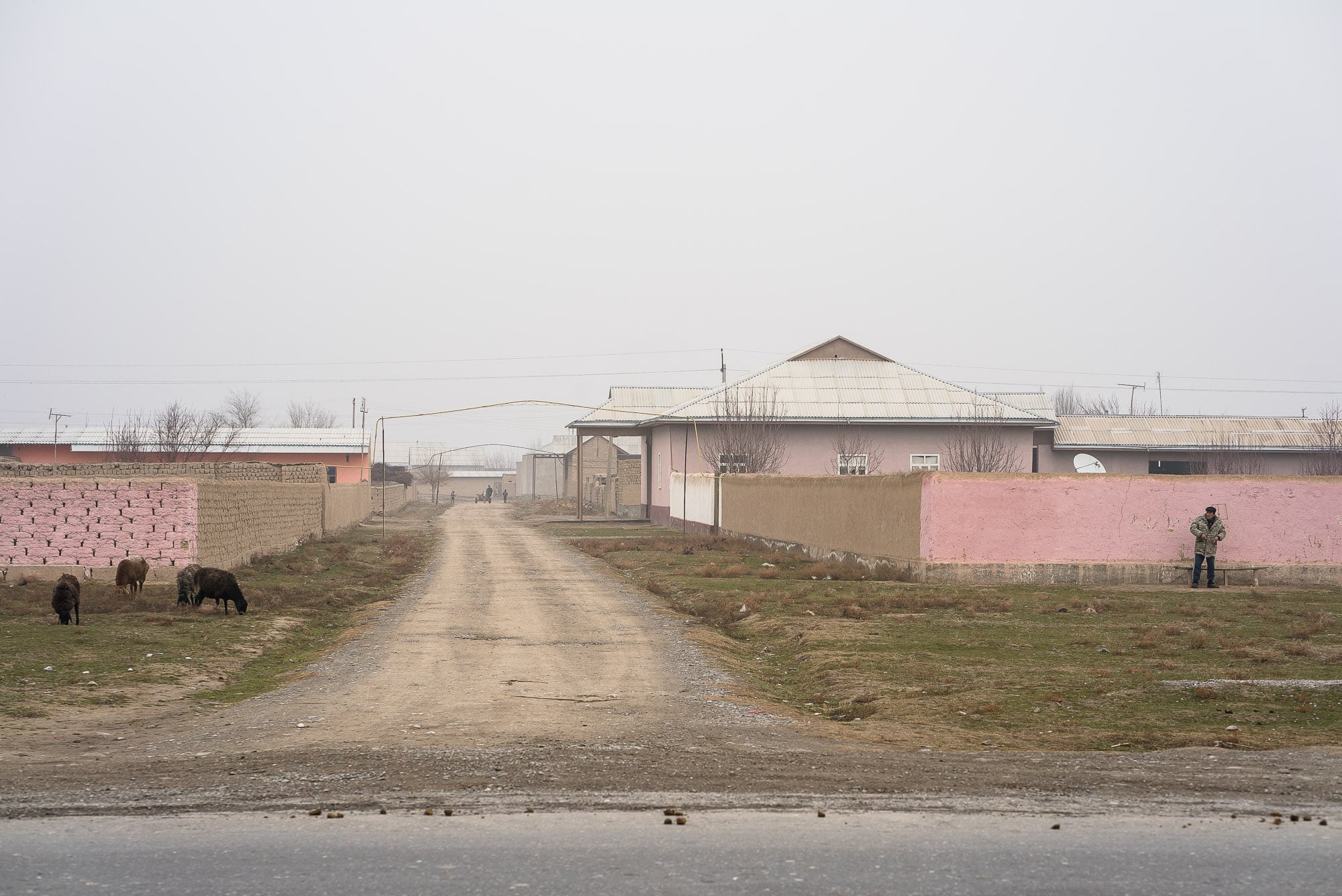 We passed the bazaar, but we did not stop: 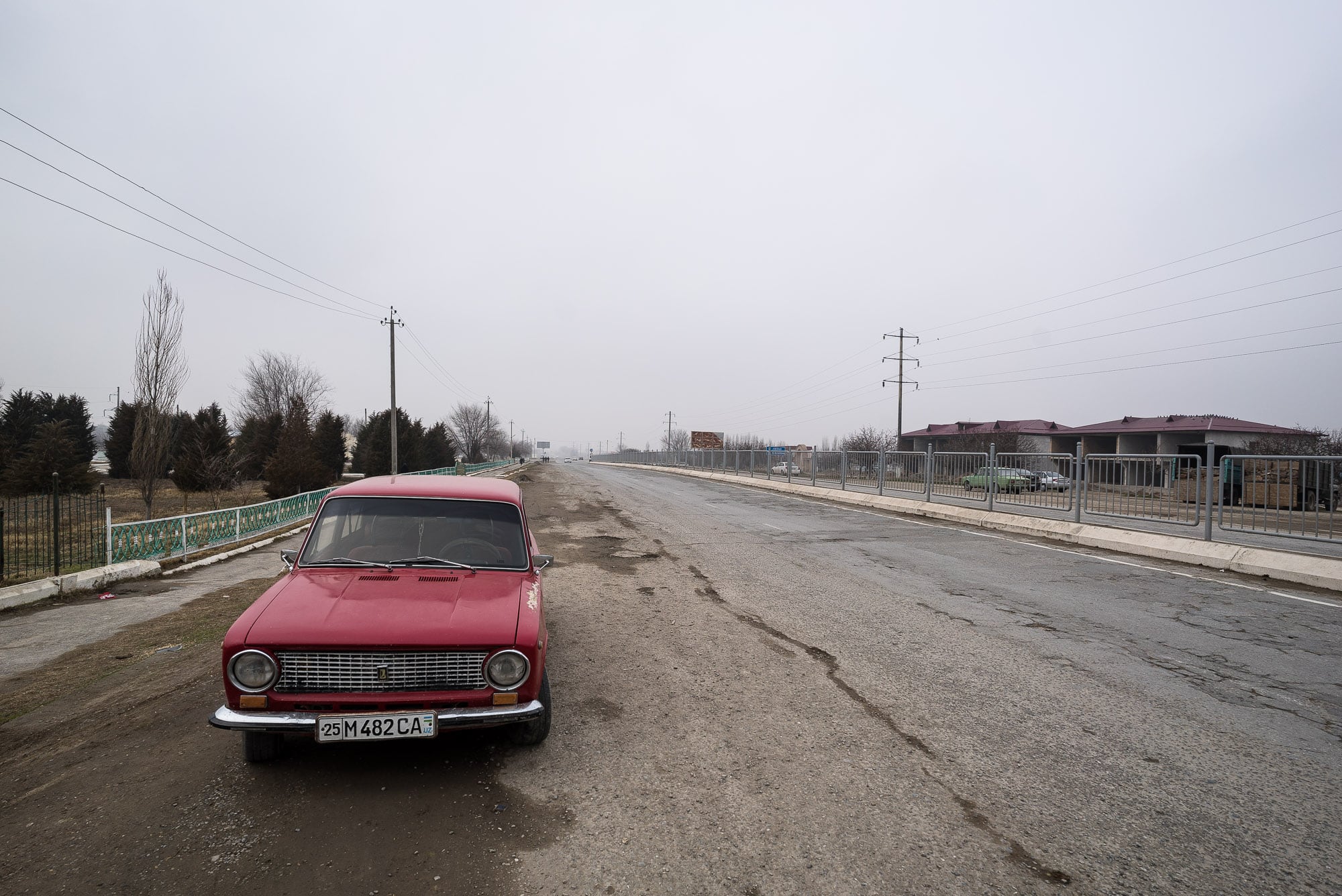 We saw a beautiful girl with what appeared to be her little sister, but we did not stop. 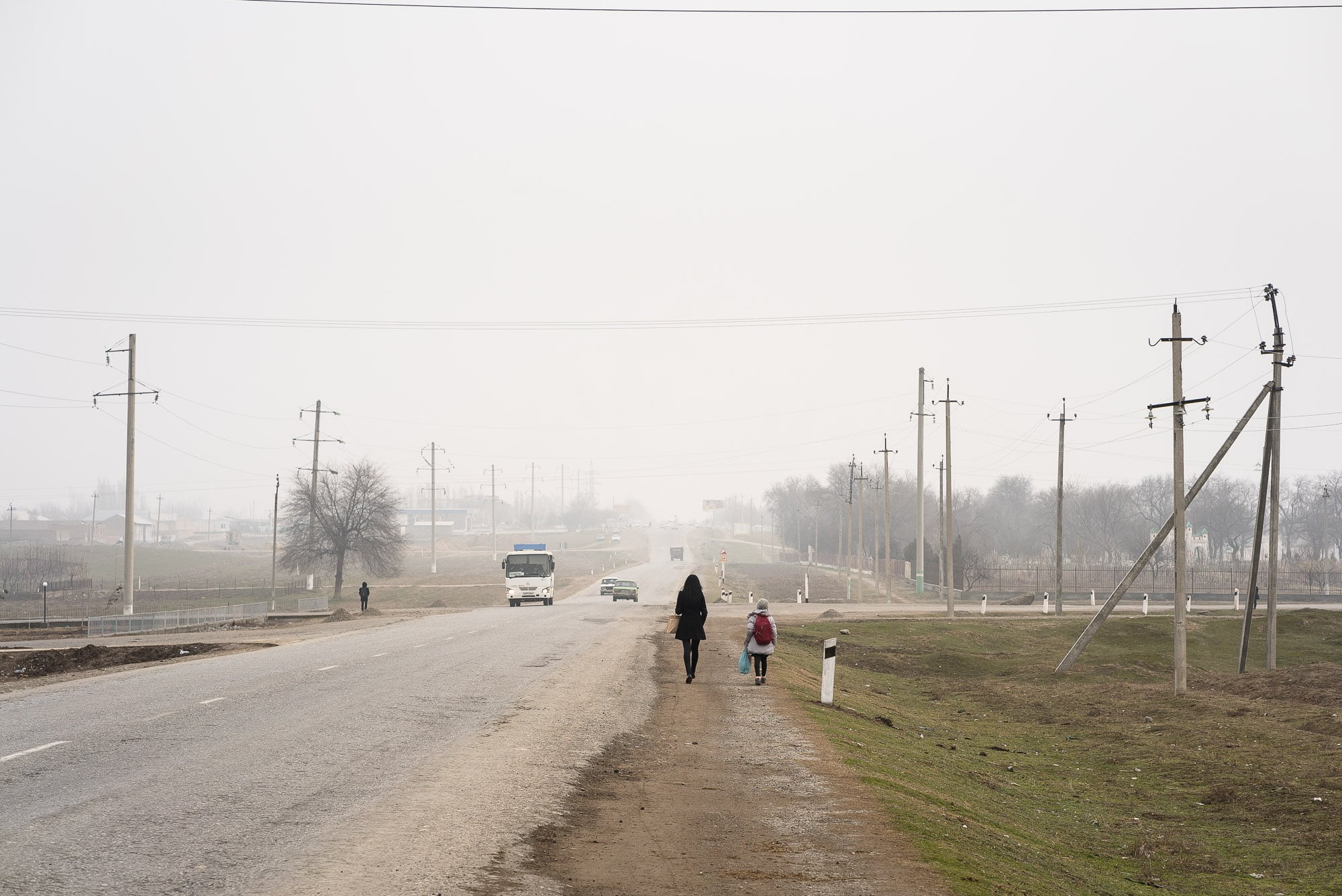 This is where we stopped, next to an orchard: 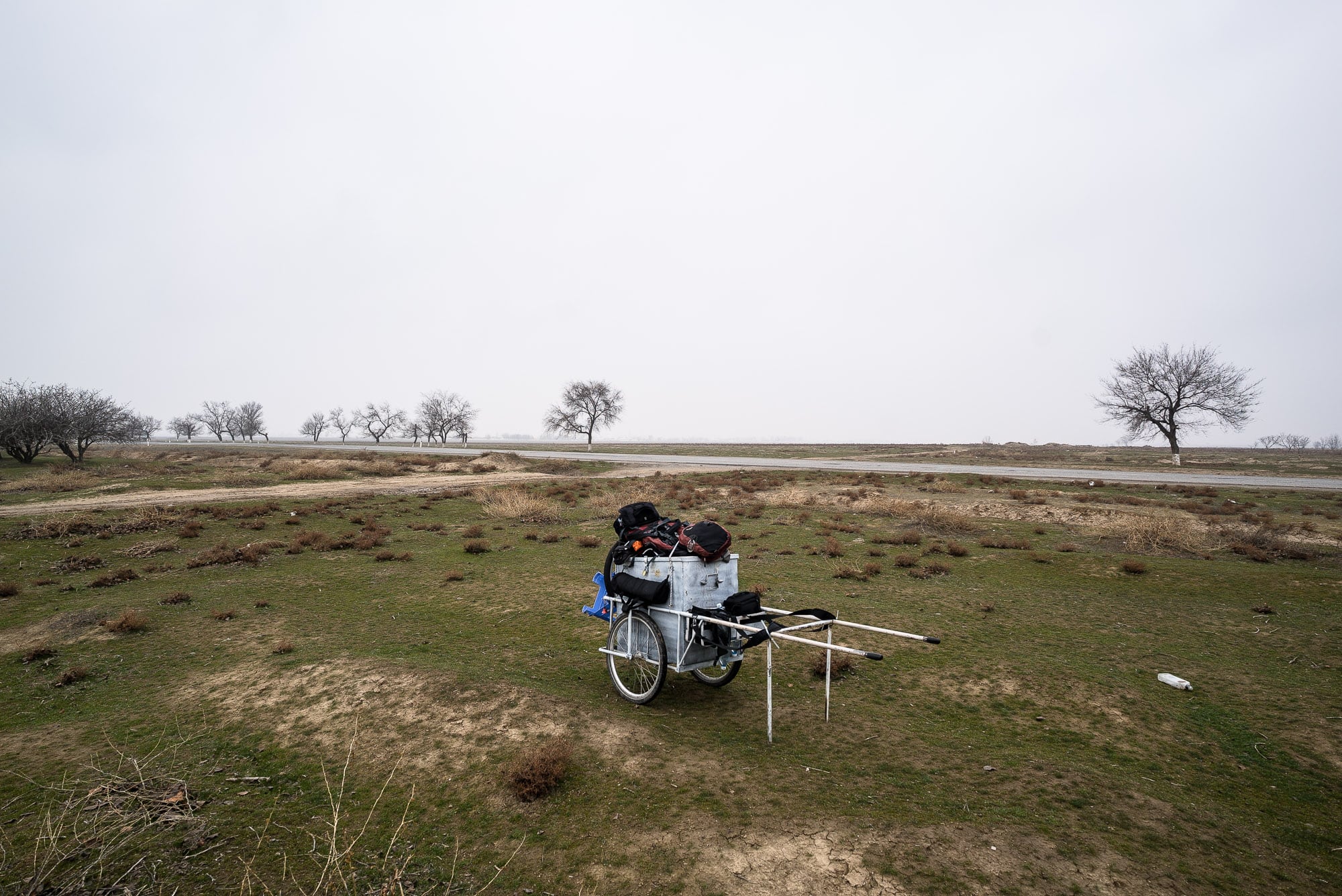 We only stayed there for twenty minutes, but once we got back on the way we felt frozen to the bone: 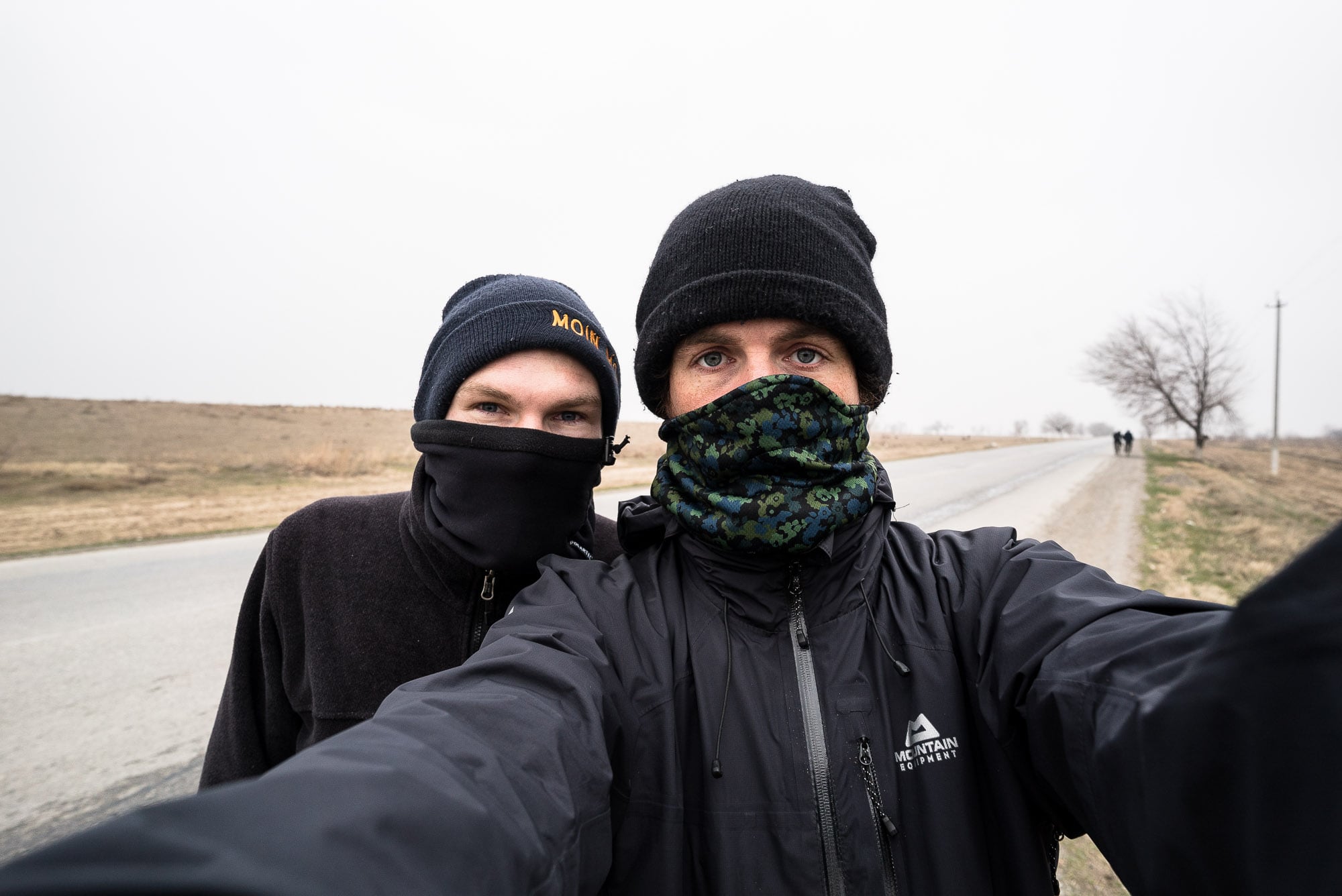 And the land looked bleak: 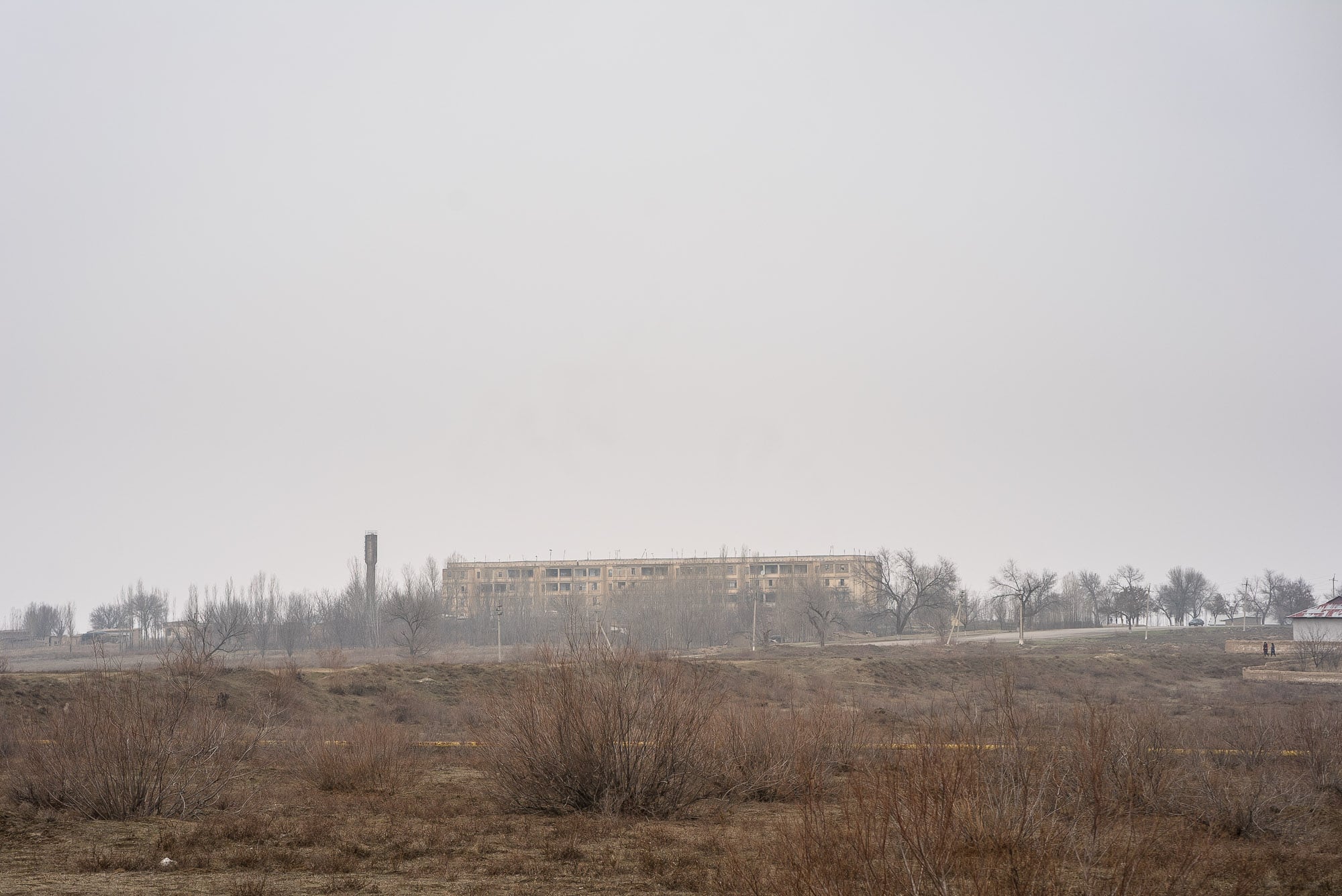 And the road did, too: 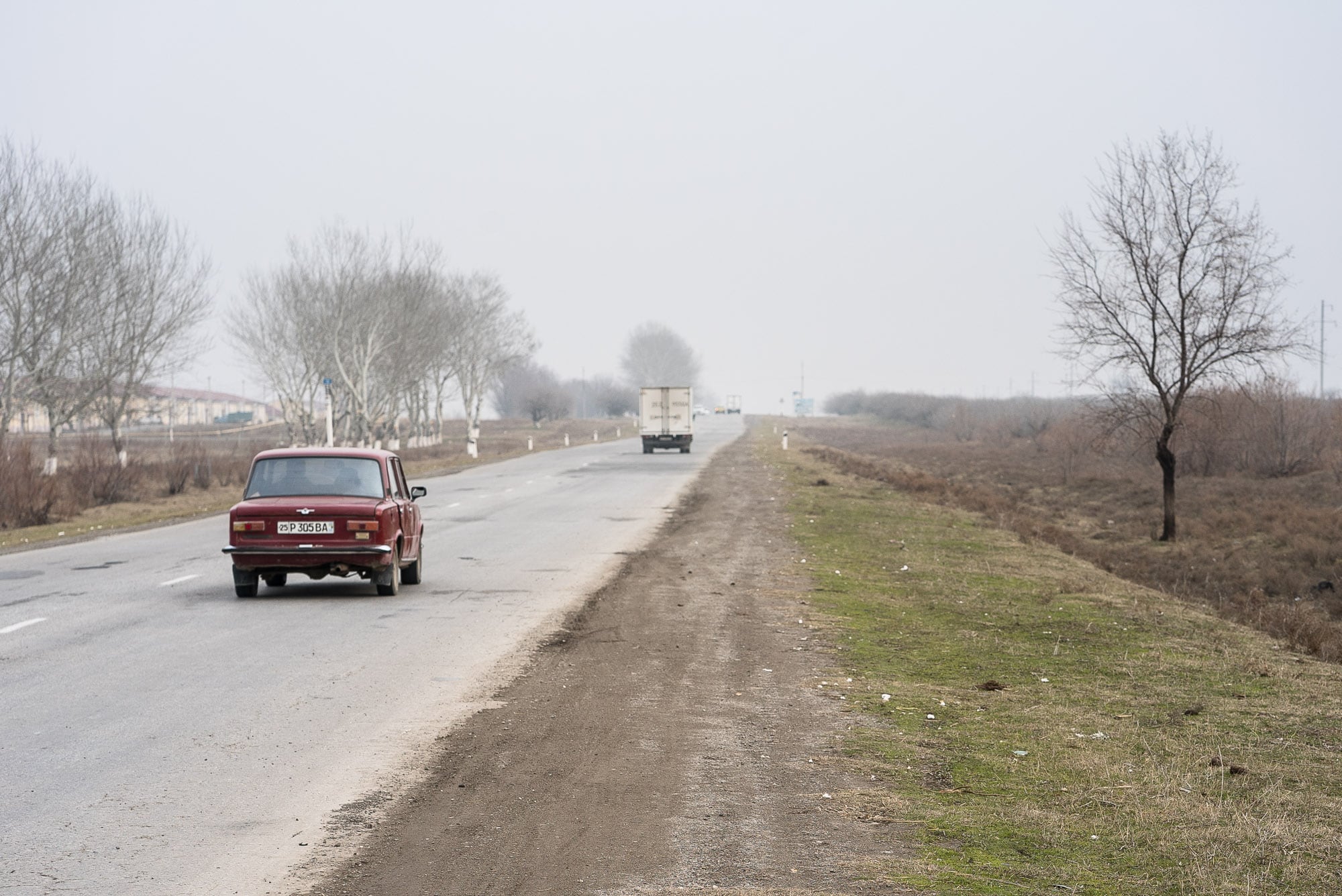 It was tough walking:

But we passed a place called Boston, which was kind of fun: 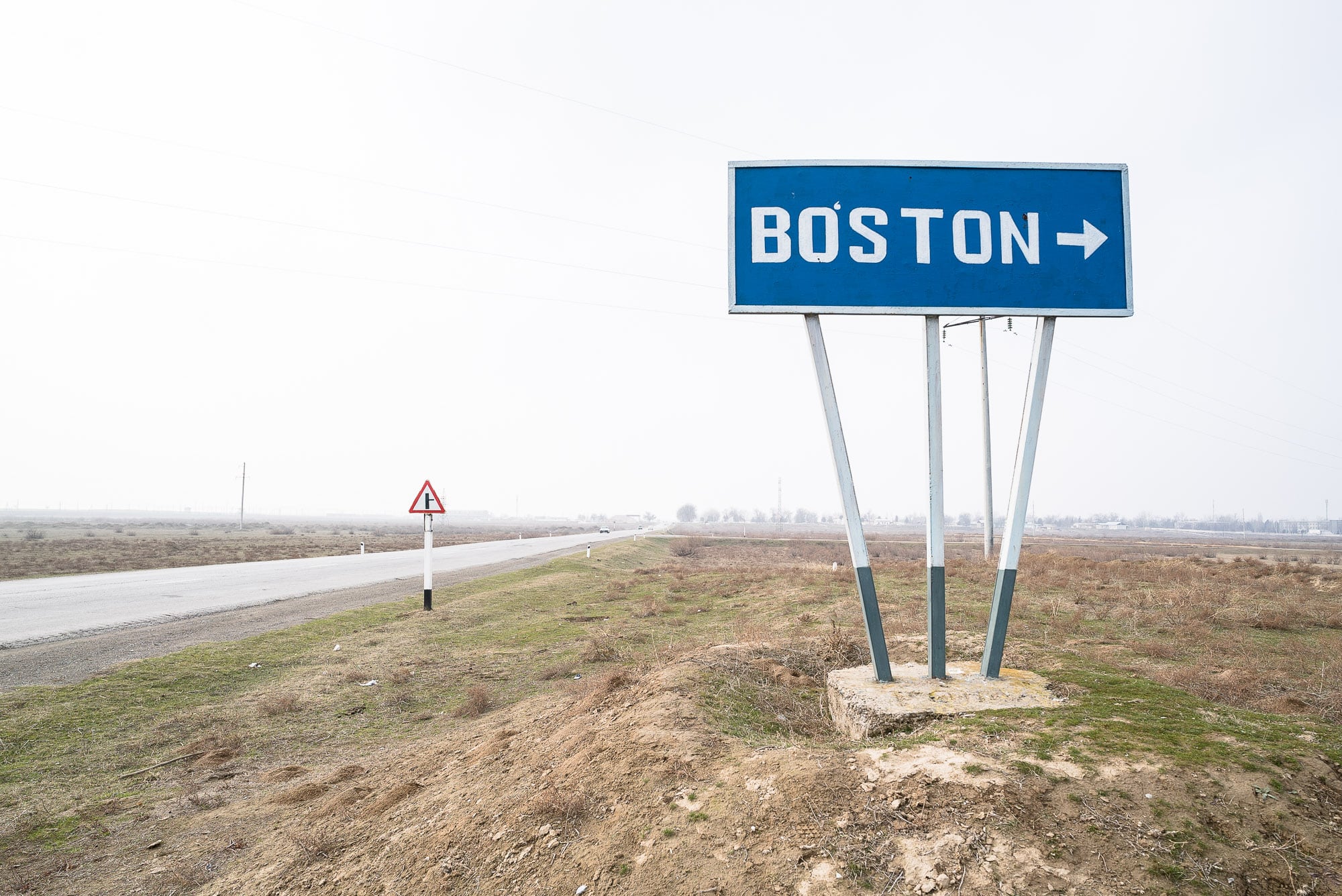 We knew we had to walk exactly forty kilometers that day, and we knew that it would be dark before six in the evening. That’s why we never really stopped. However we were still on the road after sunset. So we put on our lights: 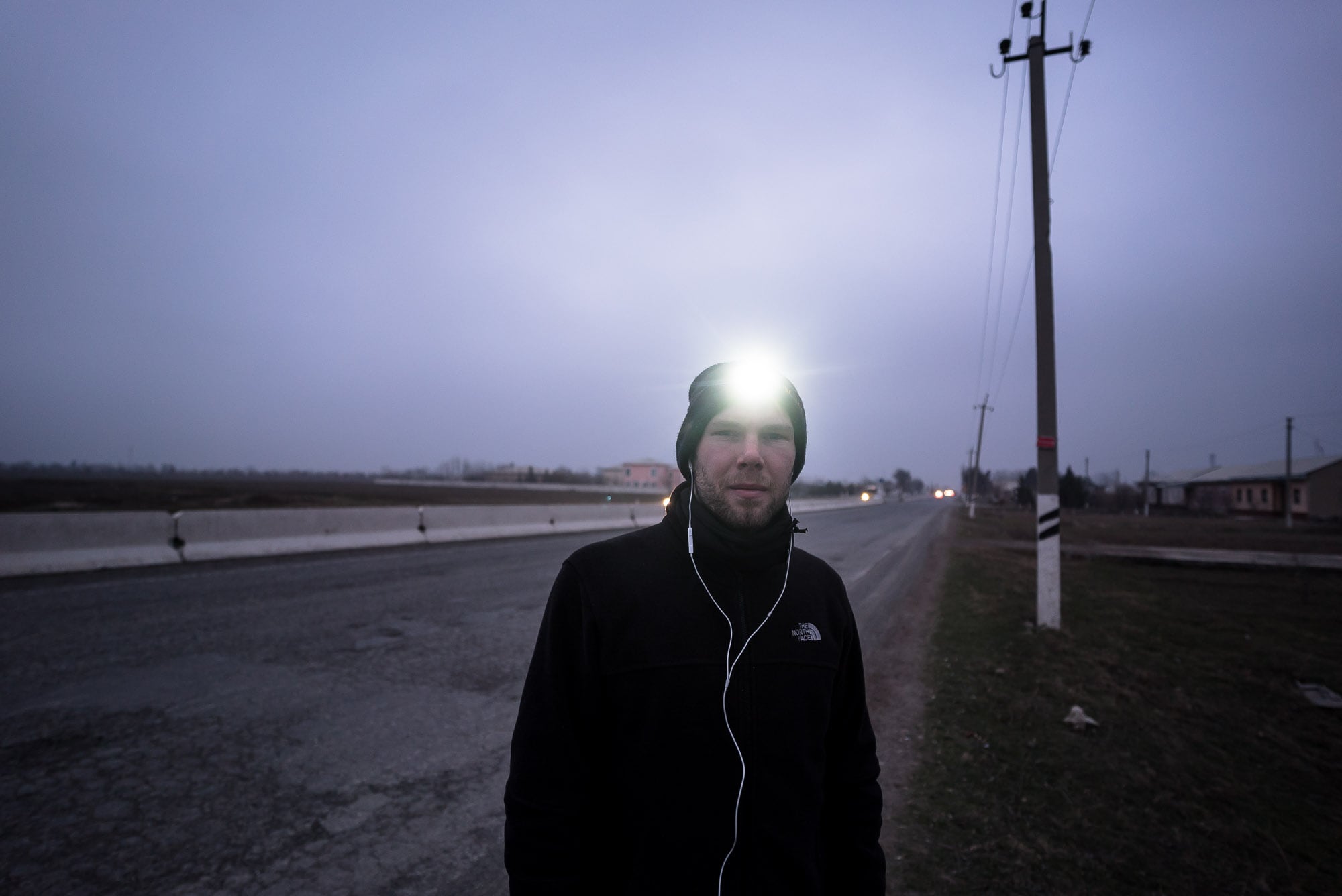 And I put on my reflective vest: 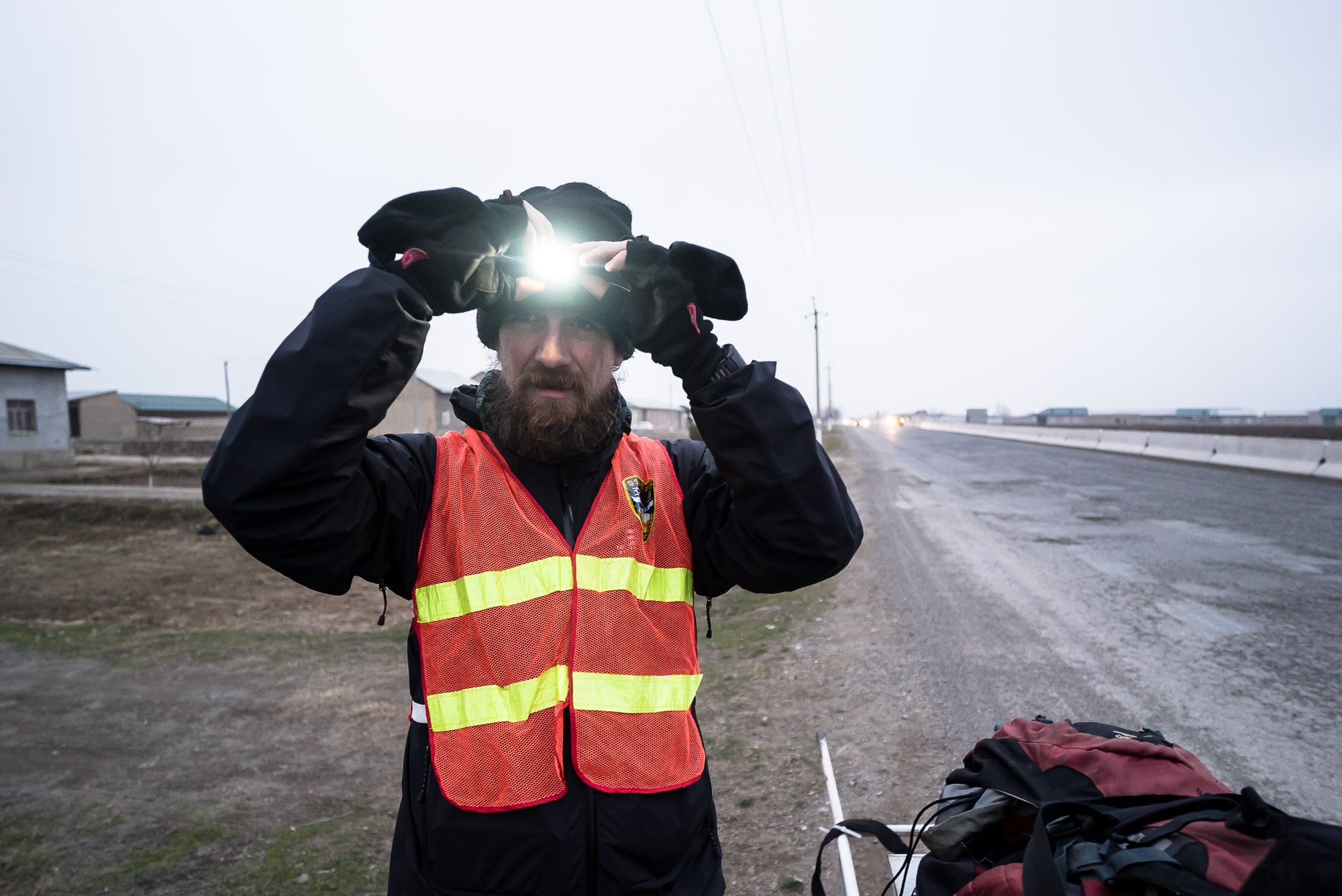 Then we slowly waltzed into town: 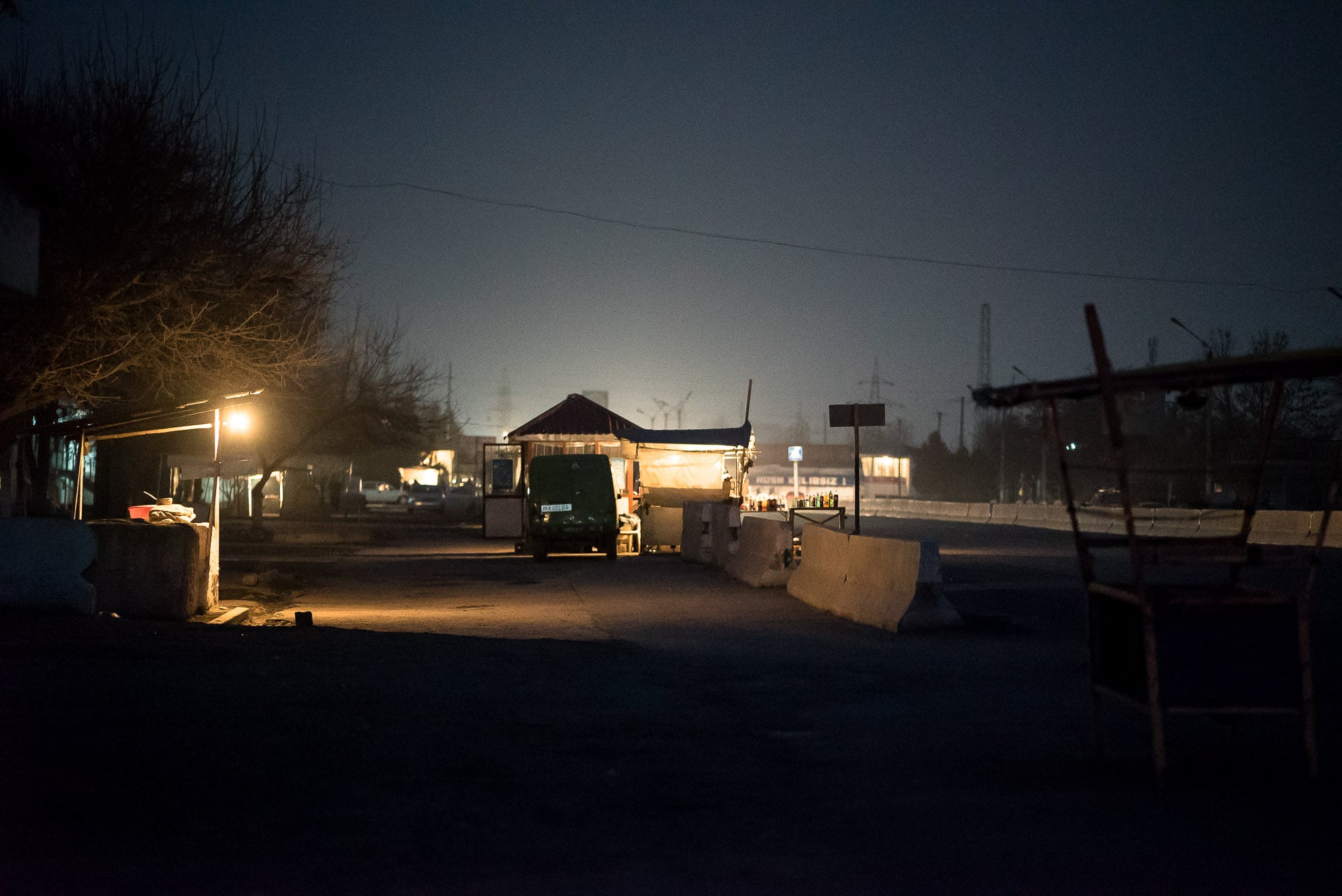 When we reached the 40k-mark, we stopped for a photo: 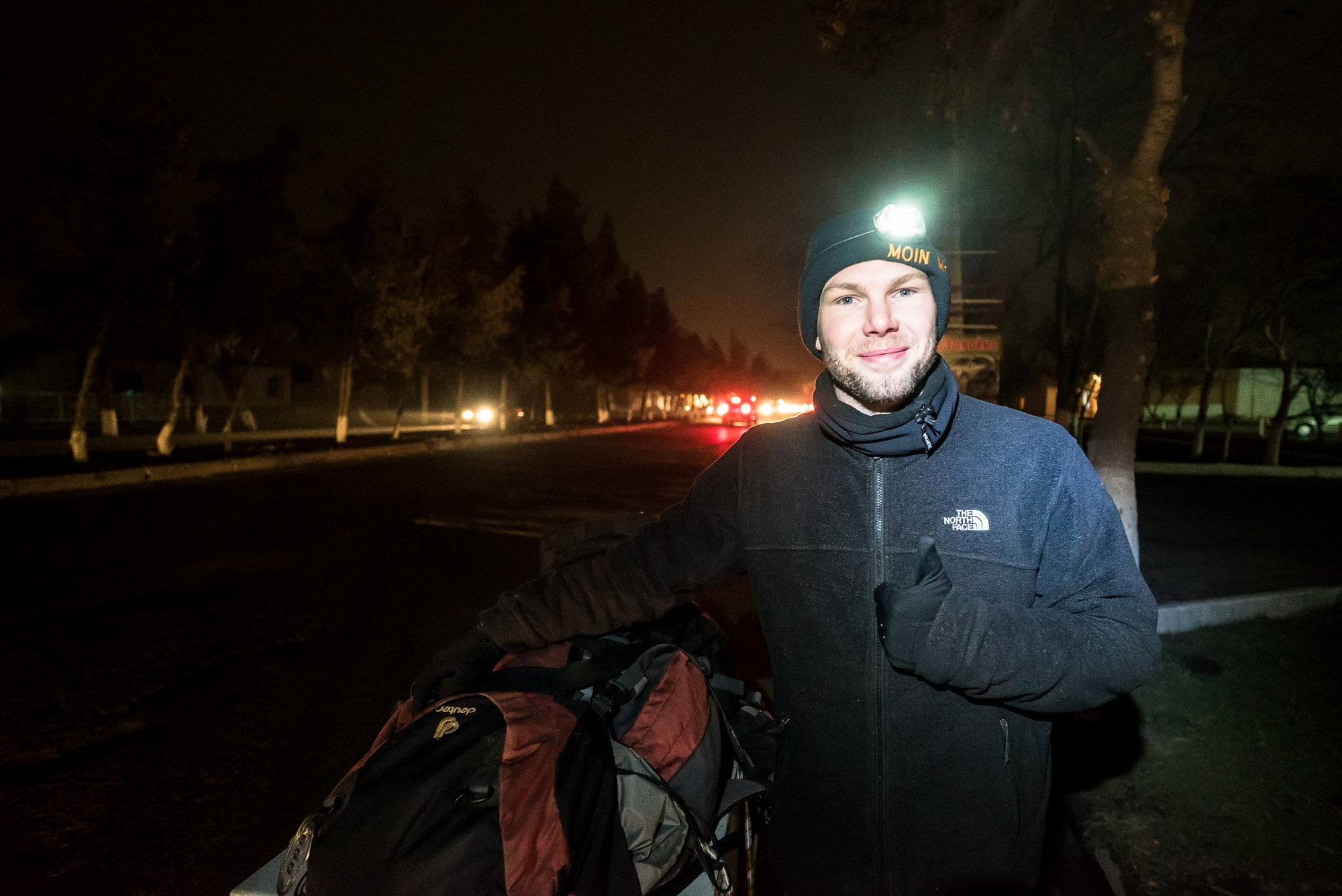 And for a celebratory handshake: 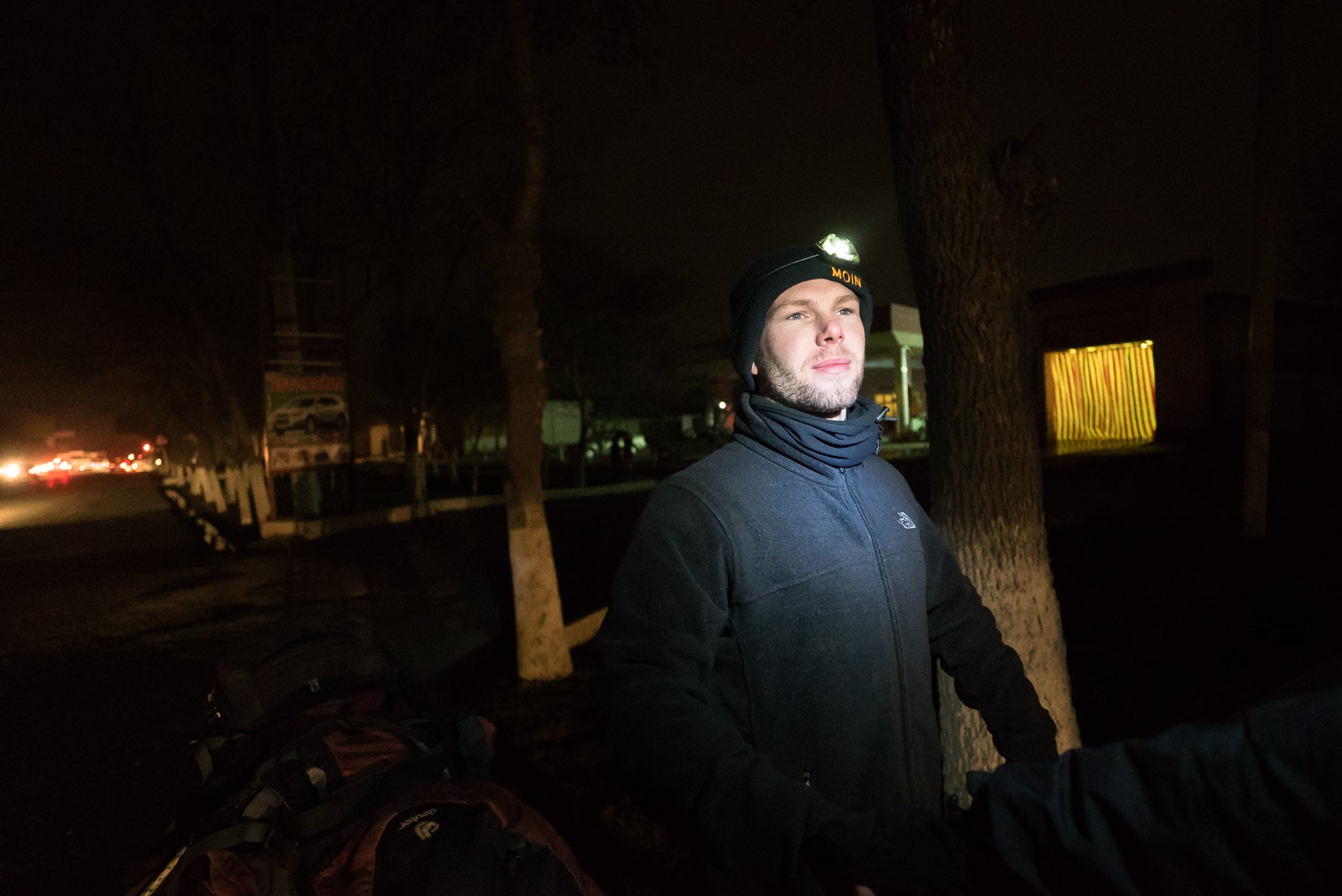 It had been a tough few days.

I decided not to ask my little brother how he was enjoying his vacation with me.

Day 627
from Gallakor to Jizzakh