Everyone got up pretty early, when it was still dark outside. We had some tea and some bread, then we said good-bye: 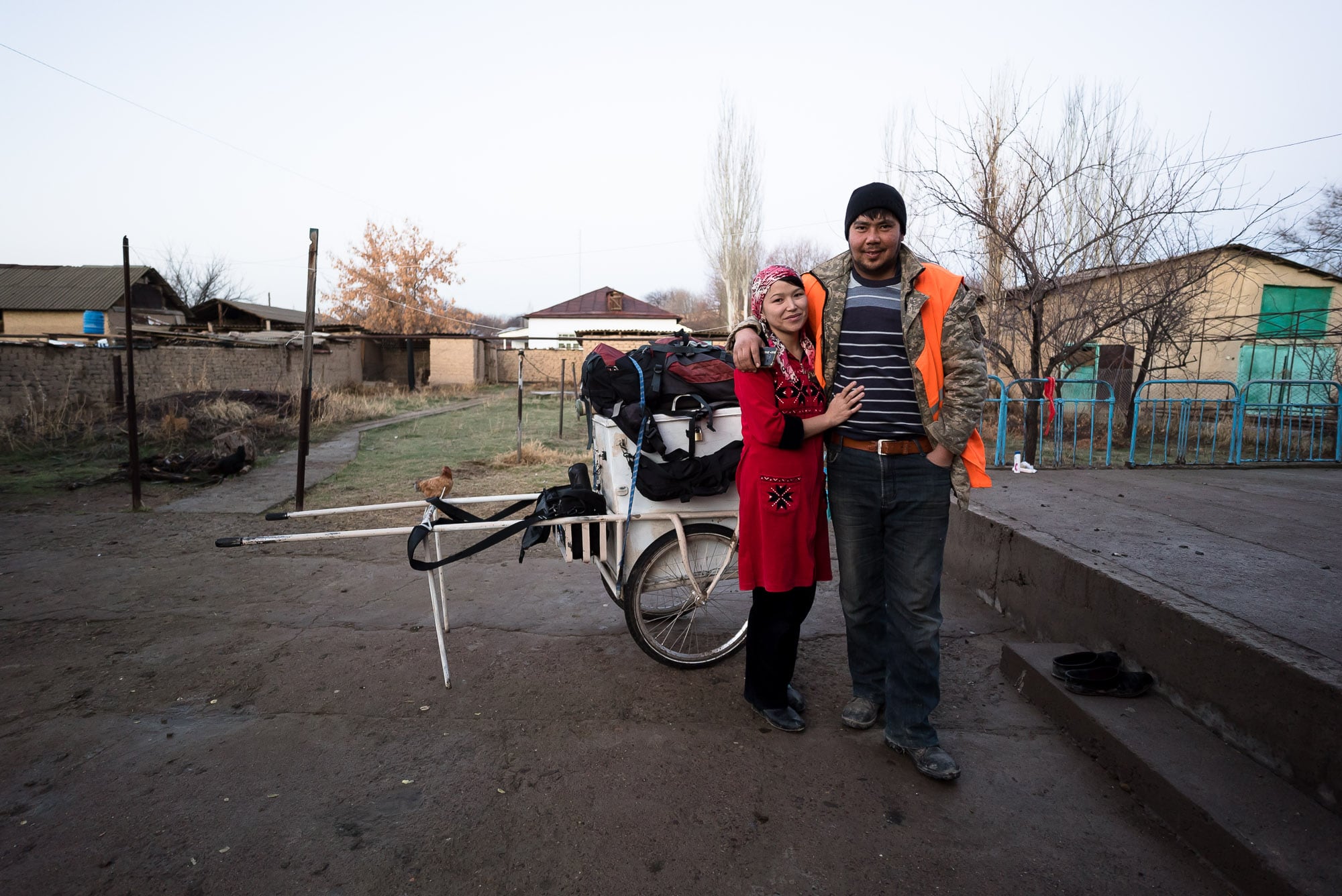 Yerik introduced me to his neighbor, a blind gentleman who really loved the idea of walking around with the Caboose: 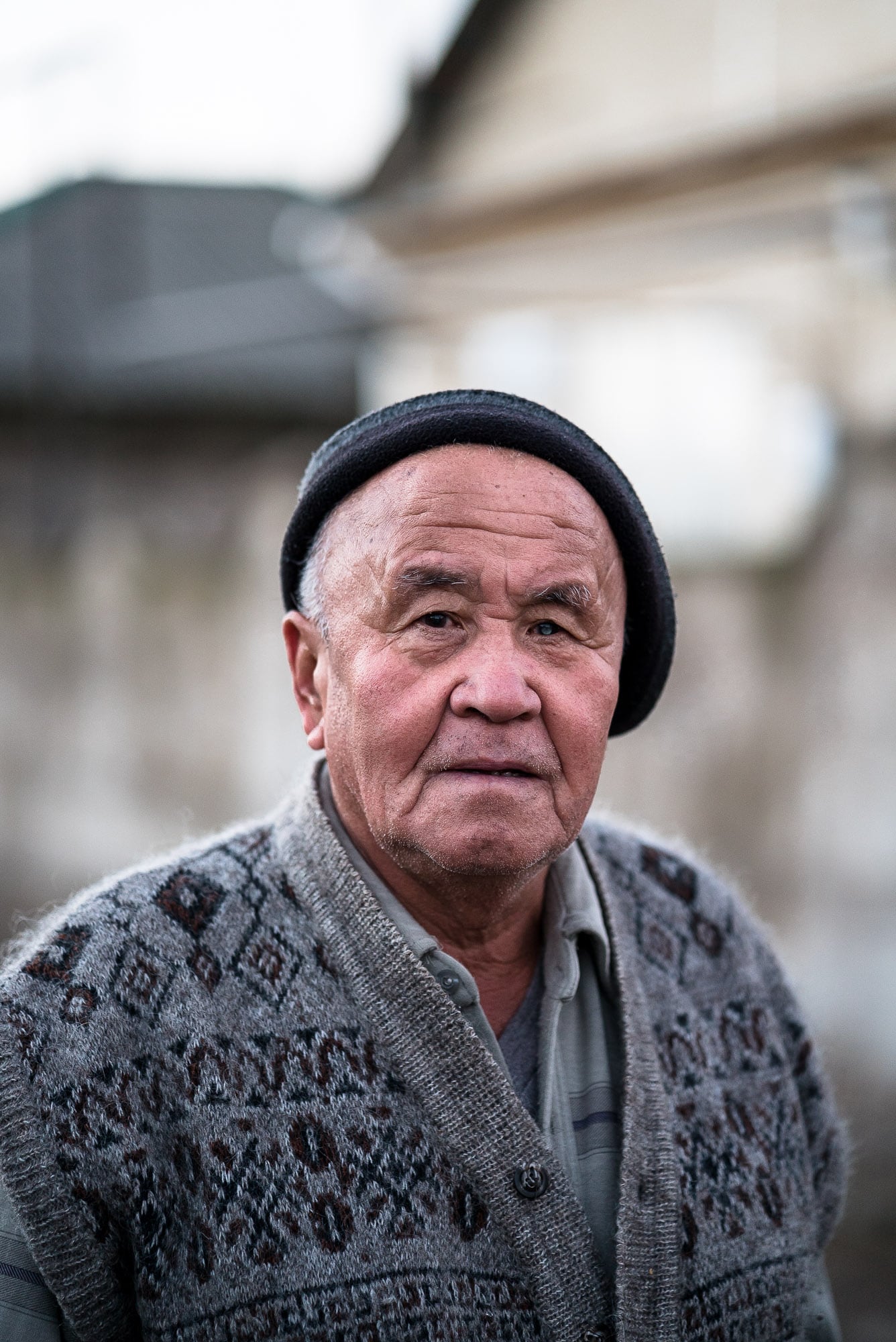 I was a bit worried though, because the ball bearings on one of the wheels were giving out: 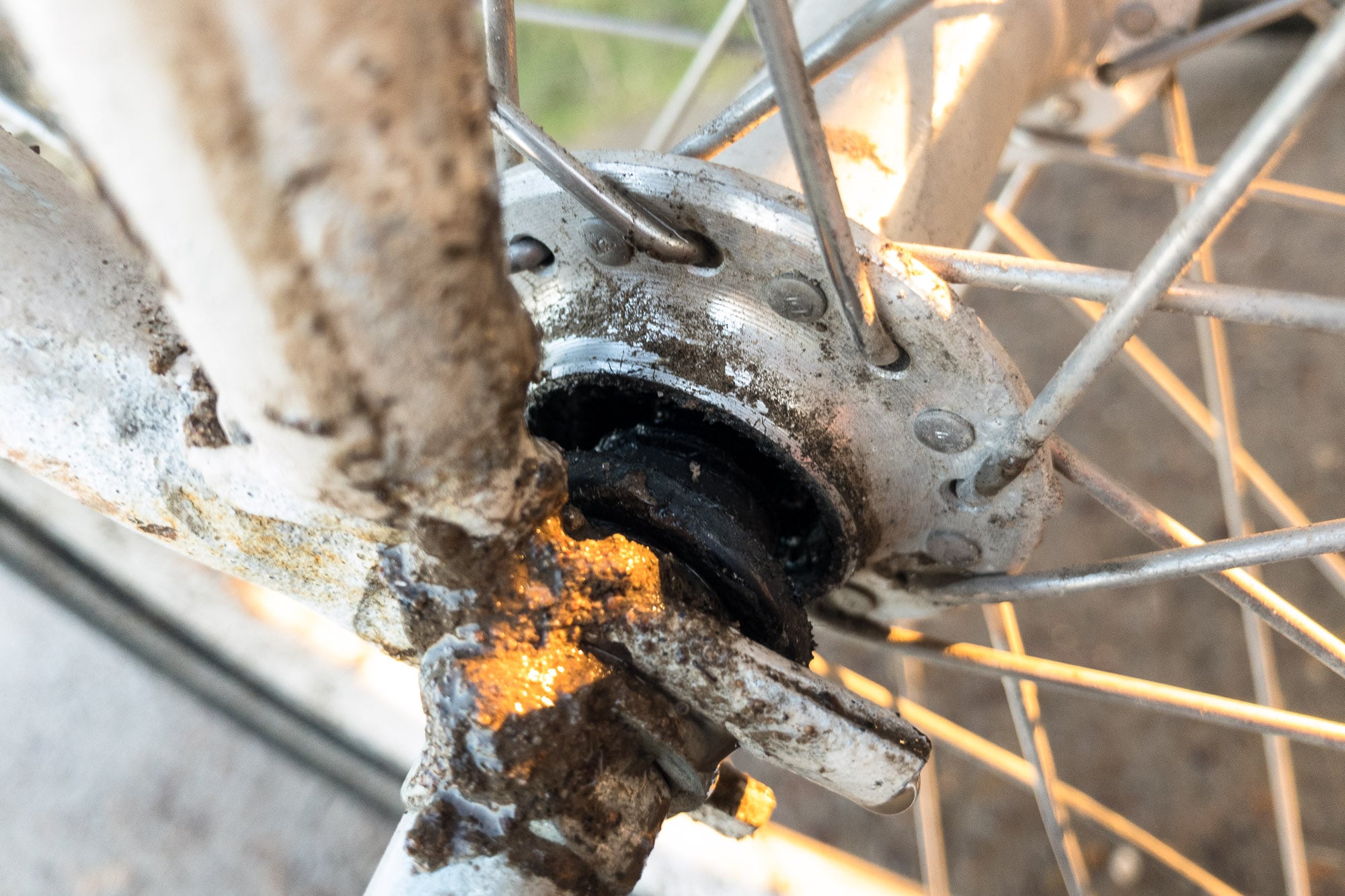 But I left Kazygurt anyway: 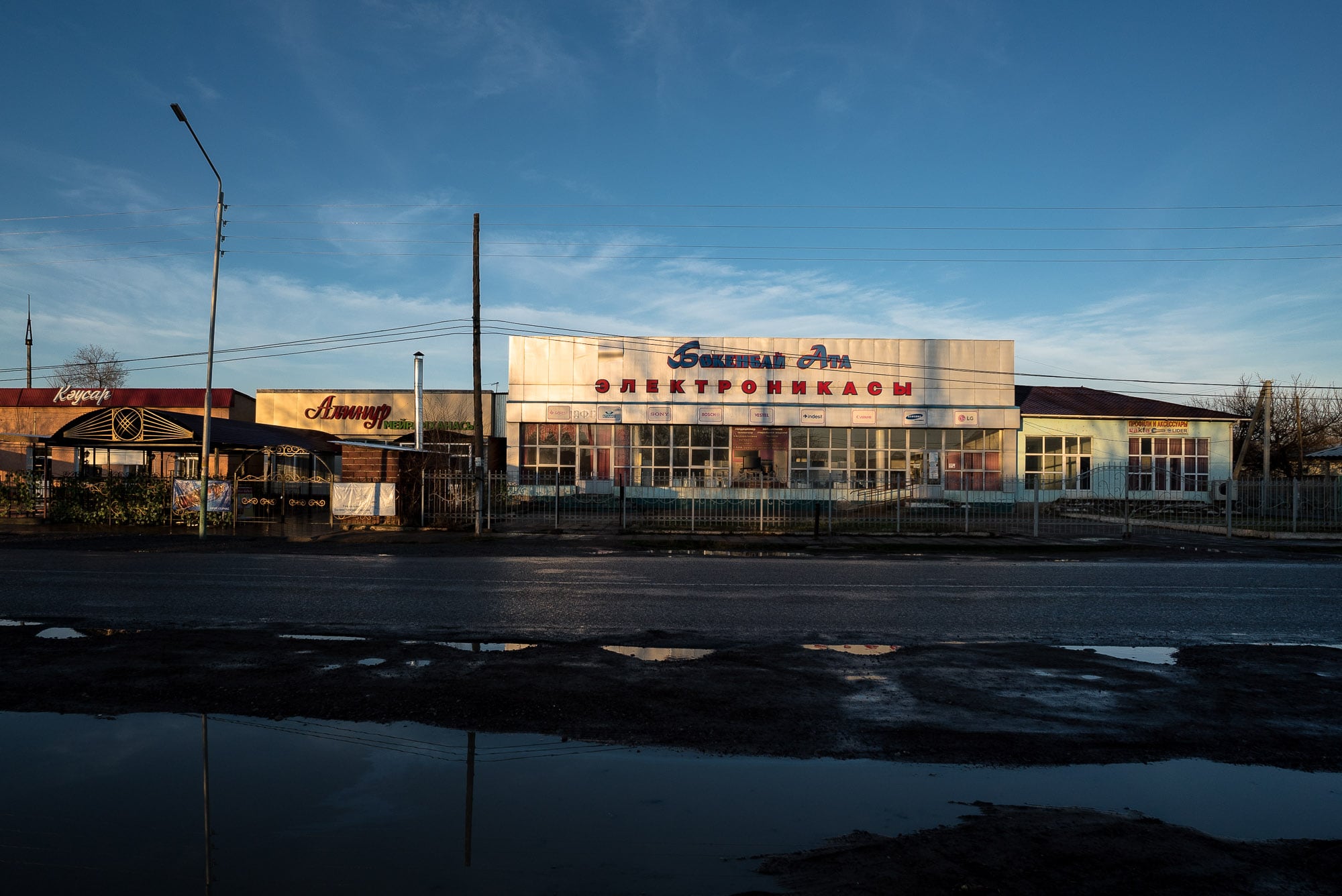 Saw some horses on the way: 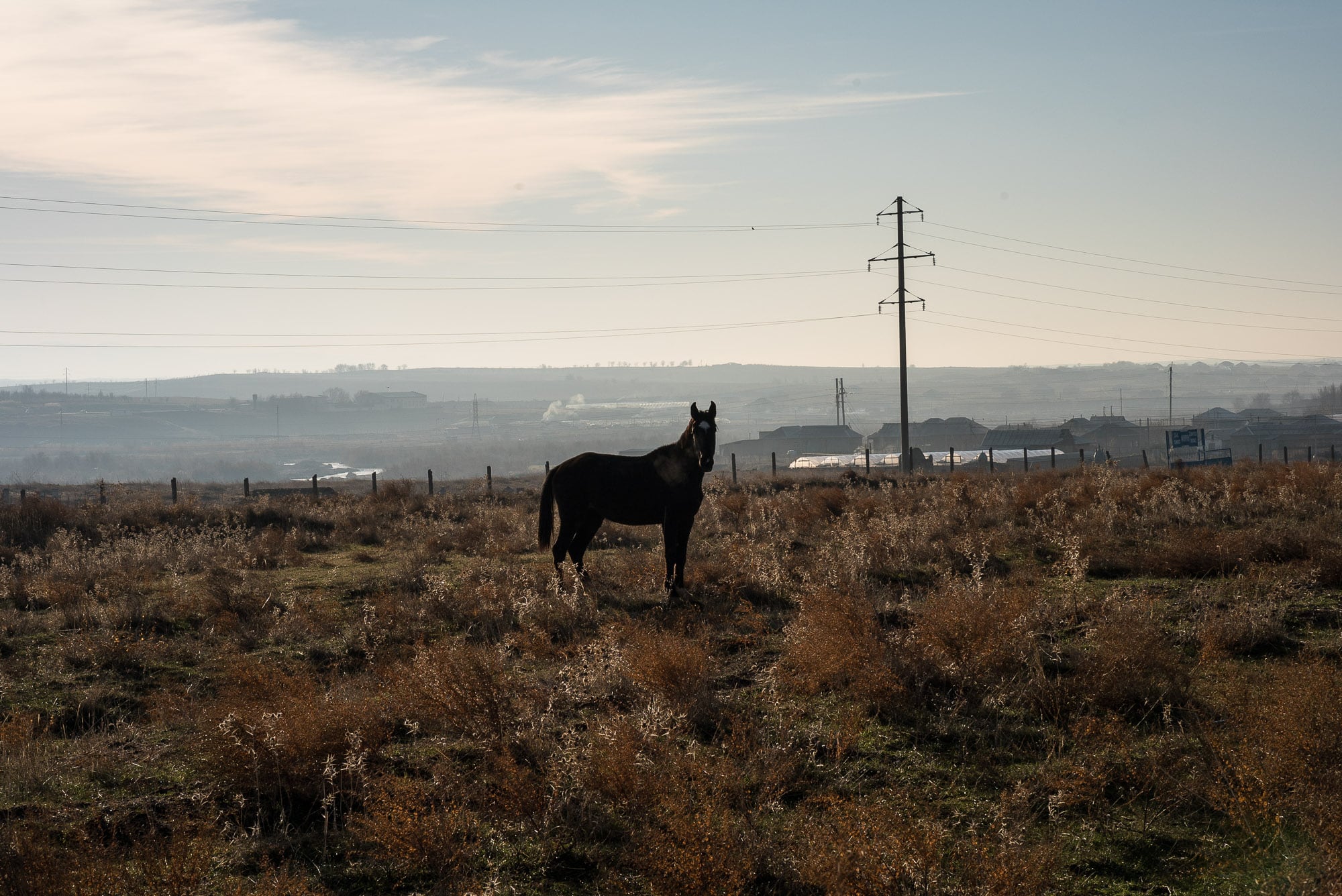 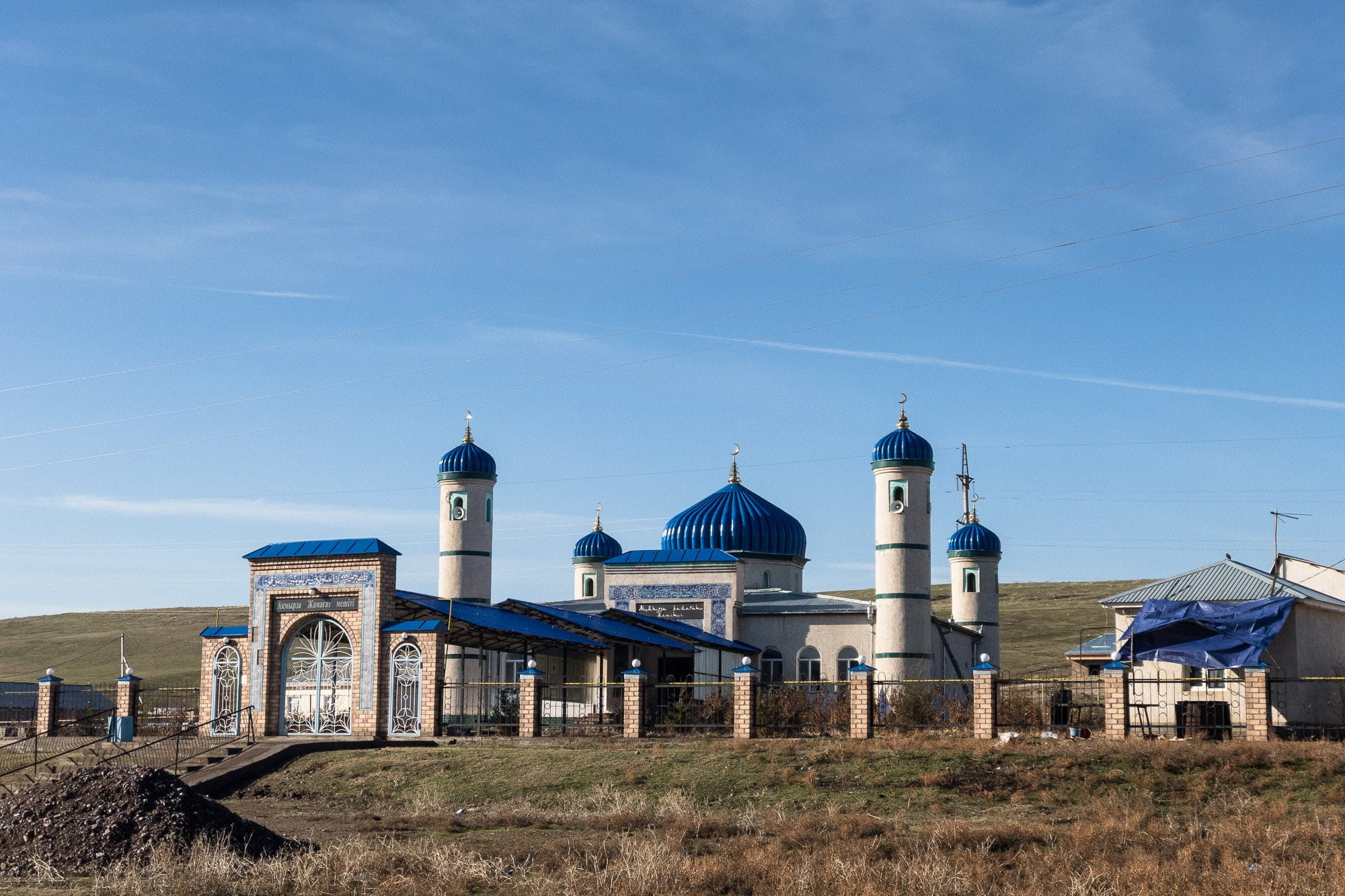 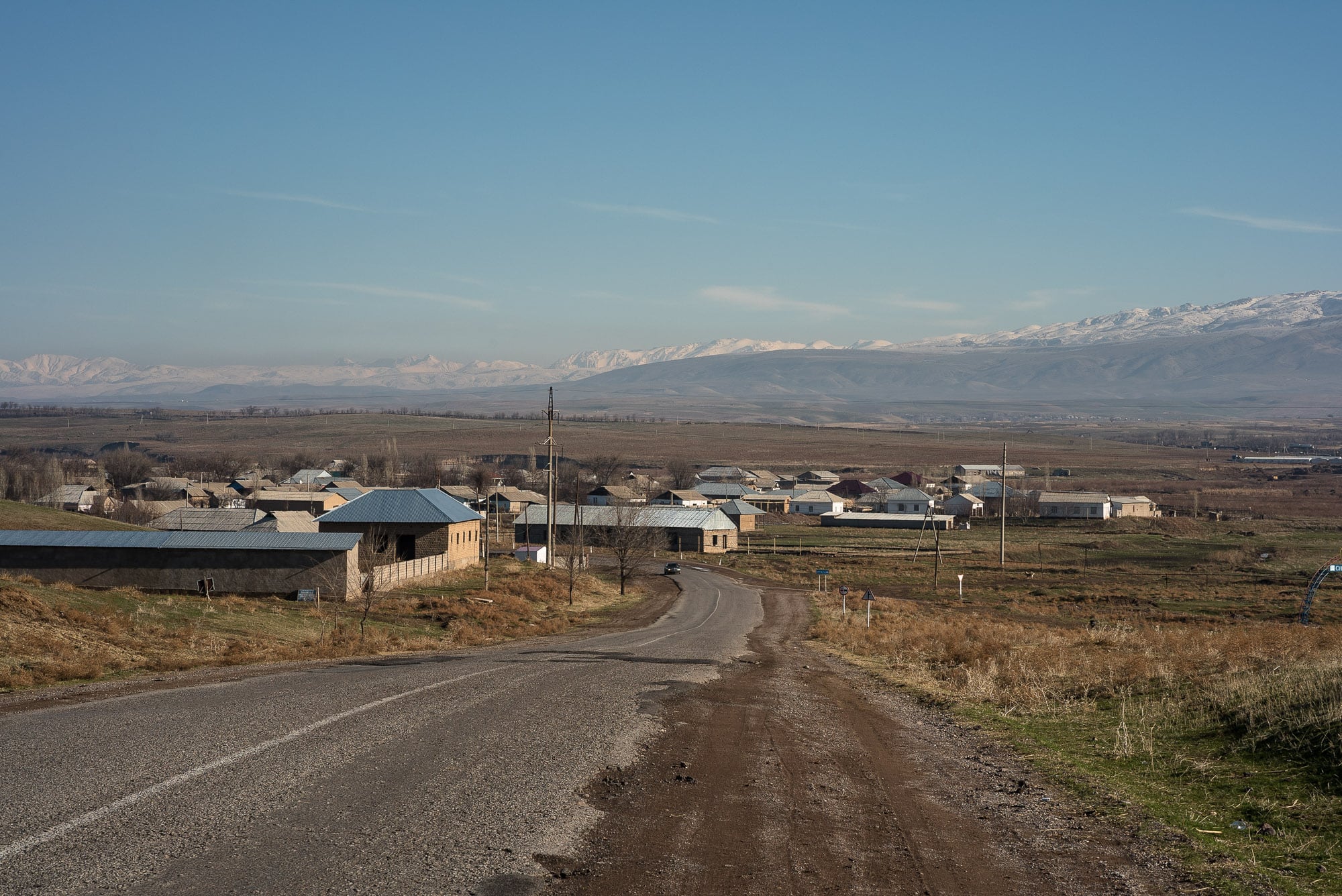 And walked past buildings from the Soviet period: 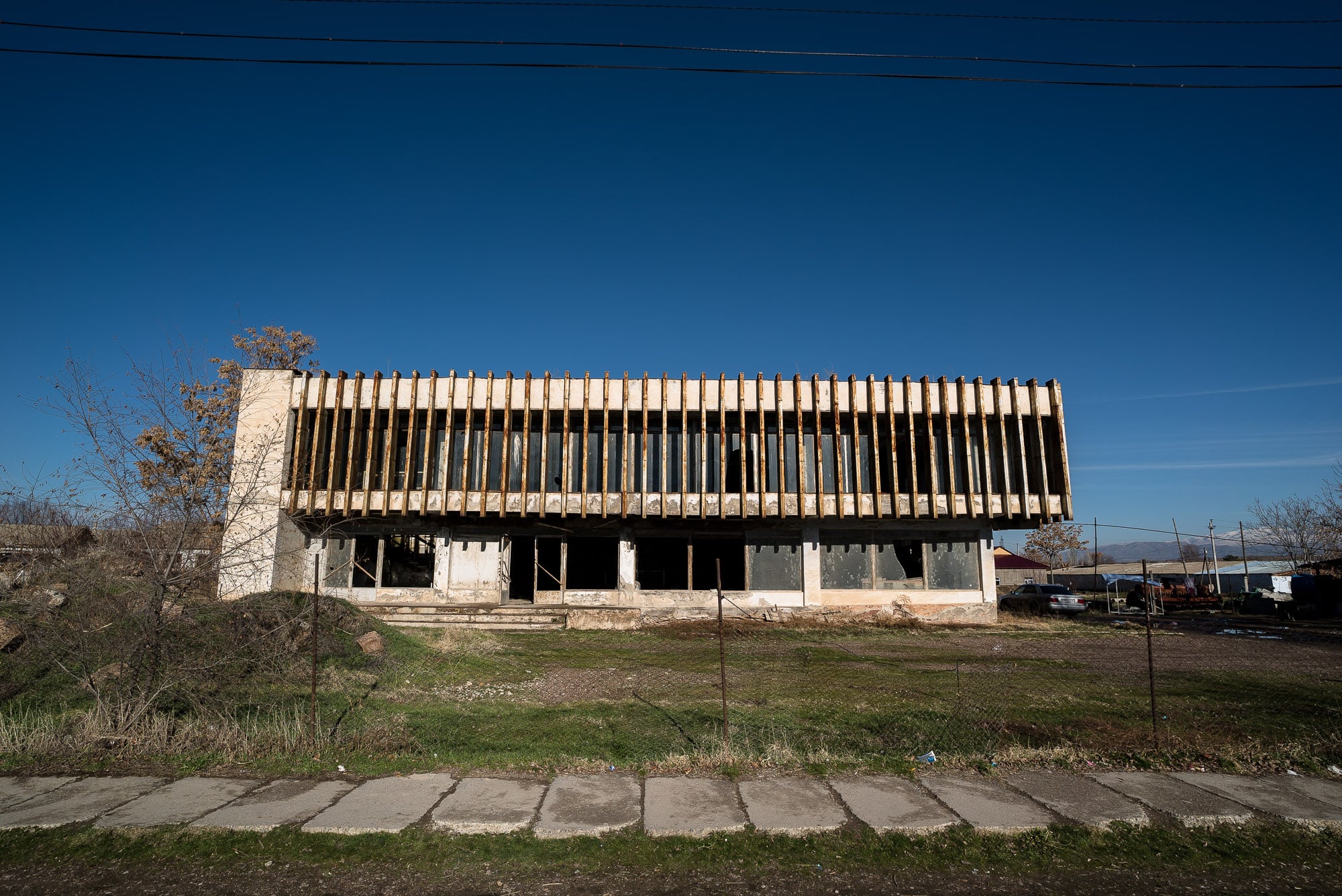 And took a Let’s Walk video in which I cursed a bit much:

And then there was a bench: 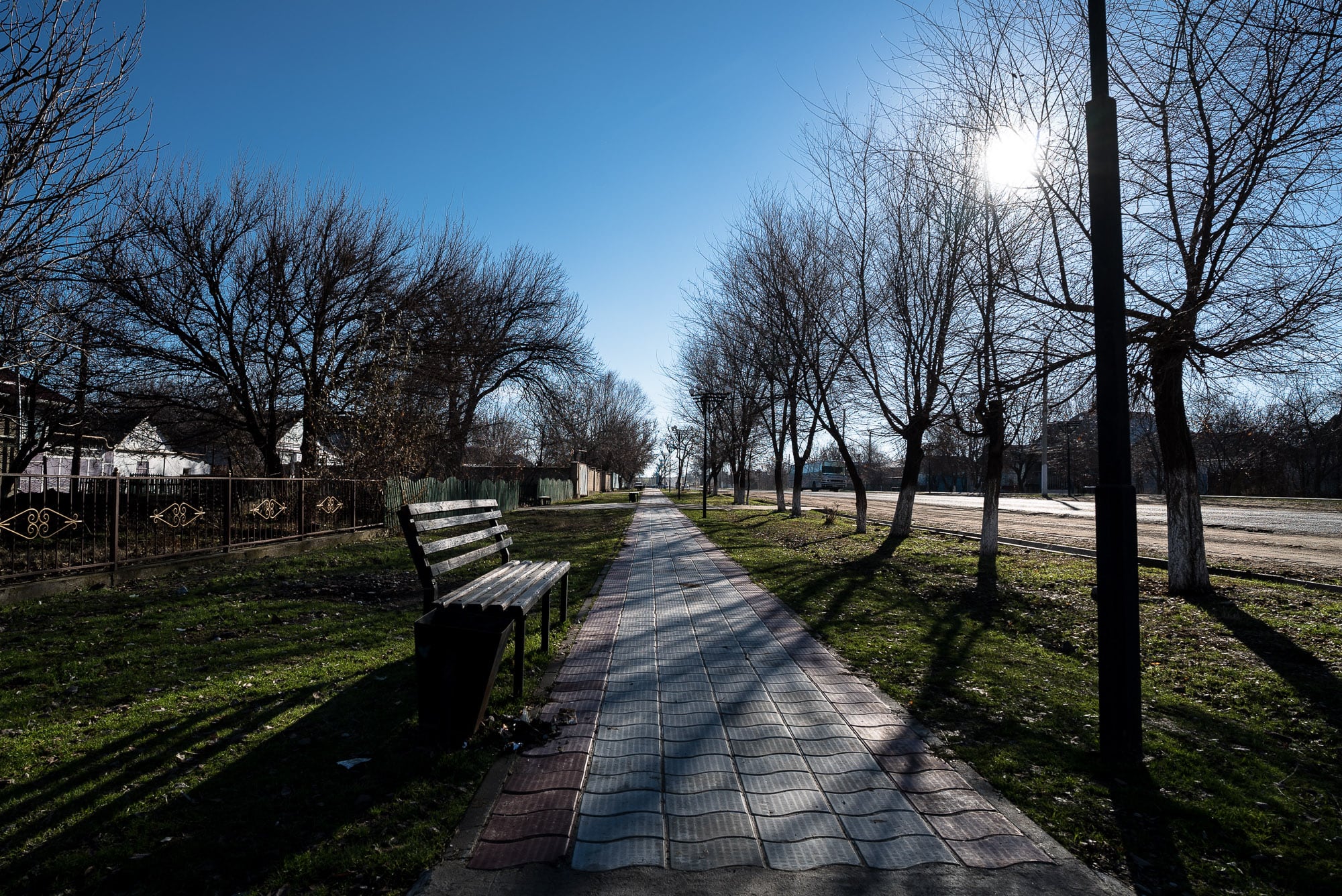 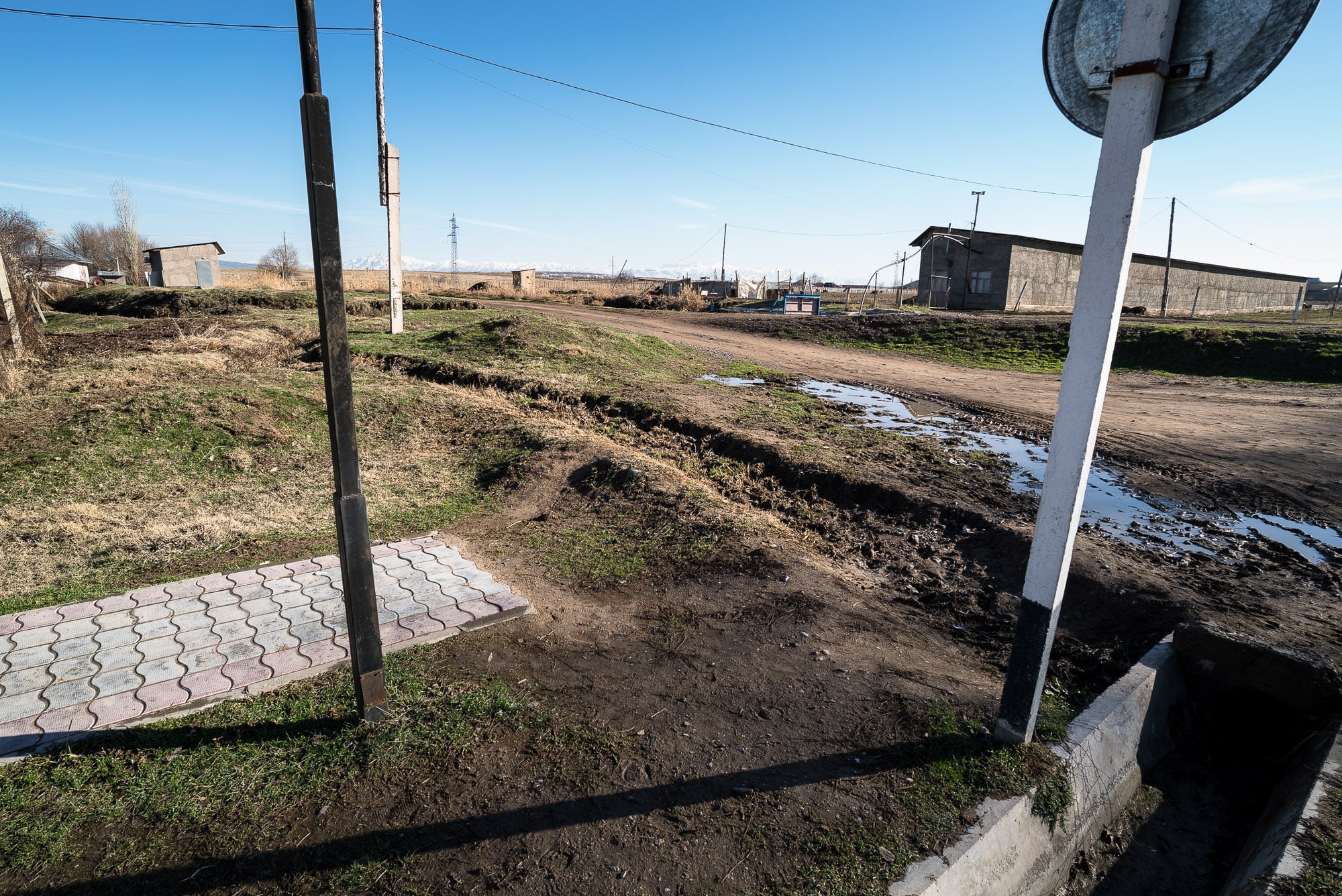 The sidewalk ended in tragedy. Just like most other sidewalks in this part of the world.

So I kept walking: 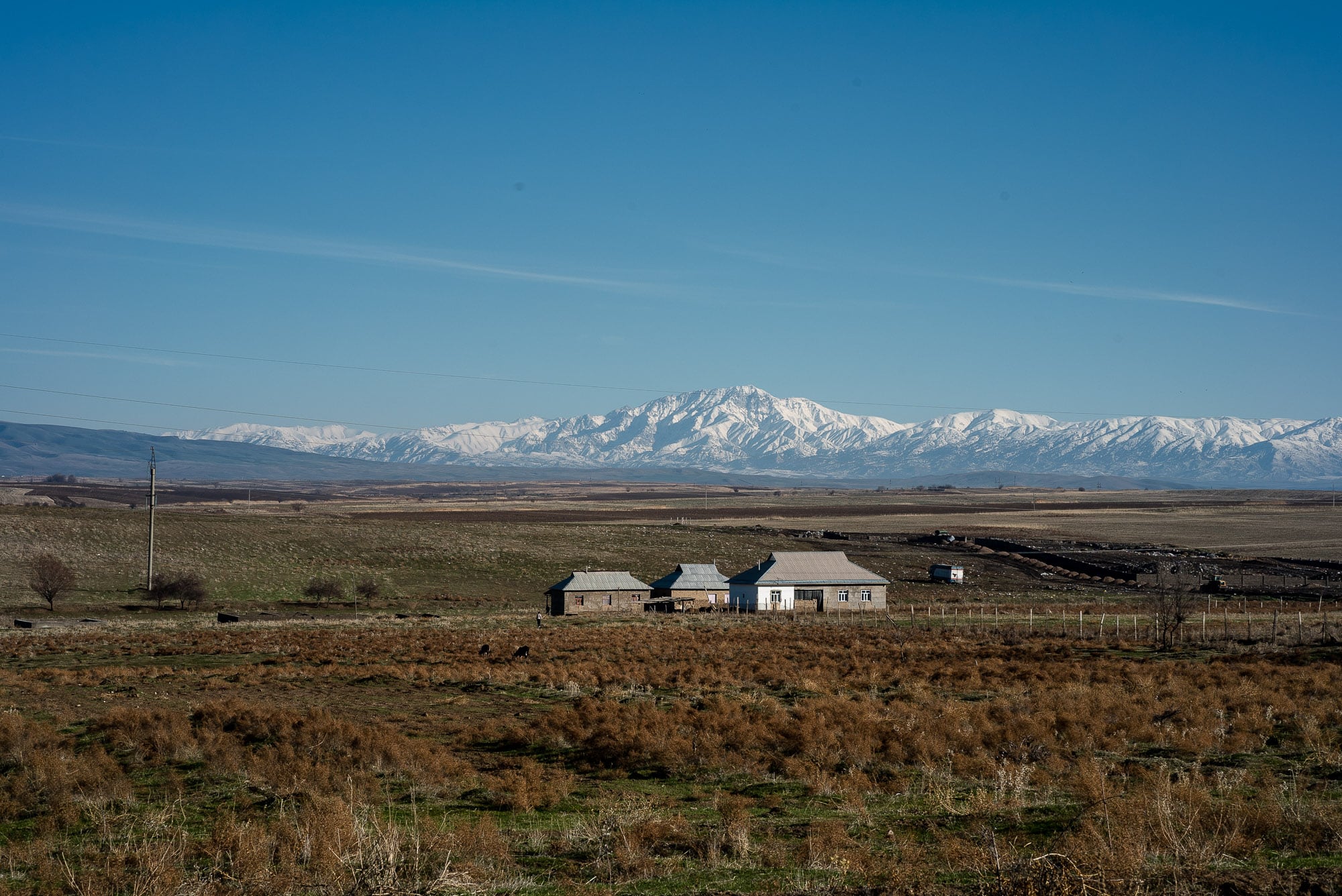 One time I ran into this herder. He had was wearing a balaclava when we met, which he took off for my photo. He had 100 sheep. 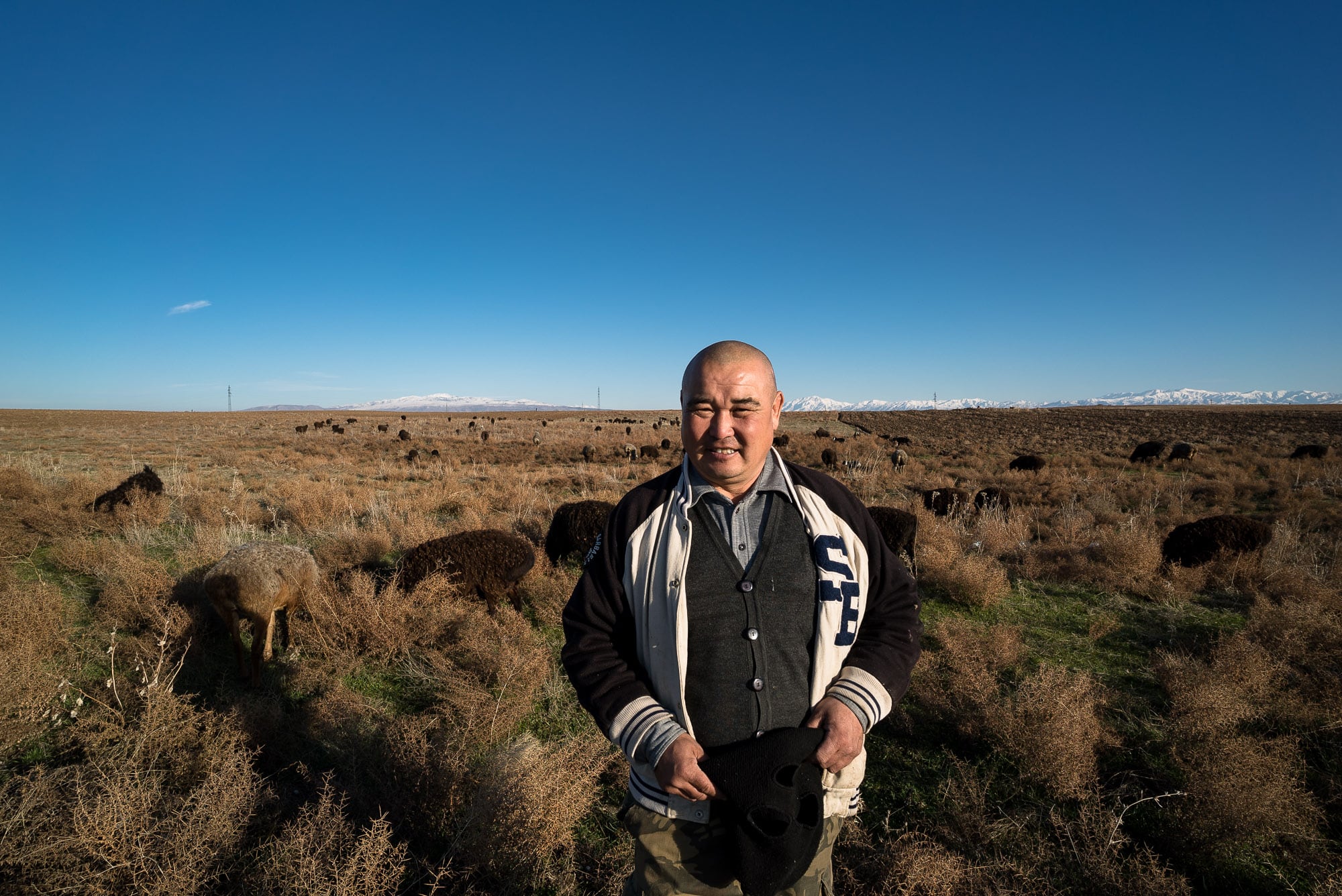 The Caboose started to make some pretty worrying noises at this point, and the wheel started wobbling.

These two guys cheered me up a bit when they randomly provided me with lemonade and cookies: 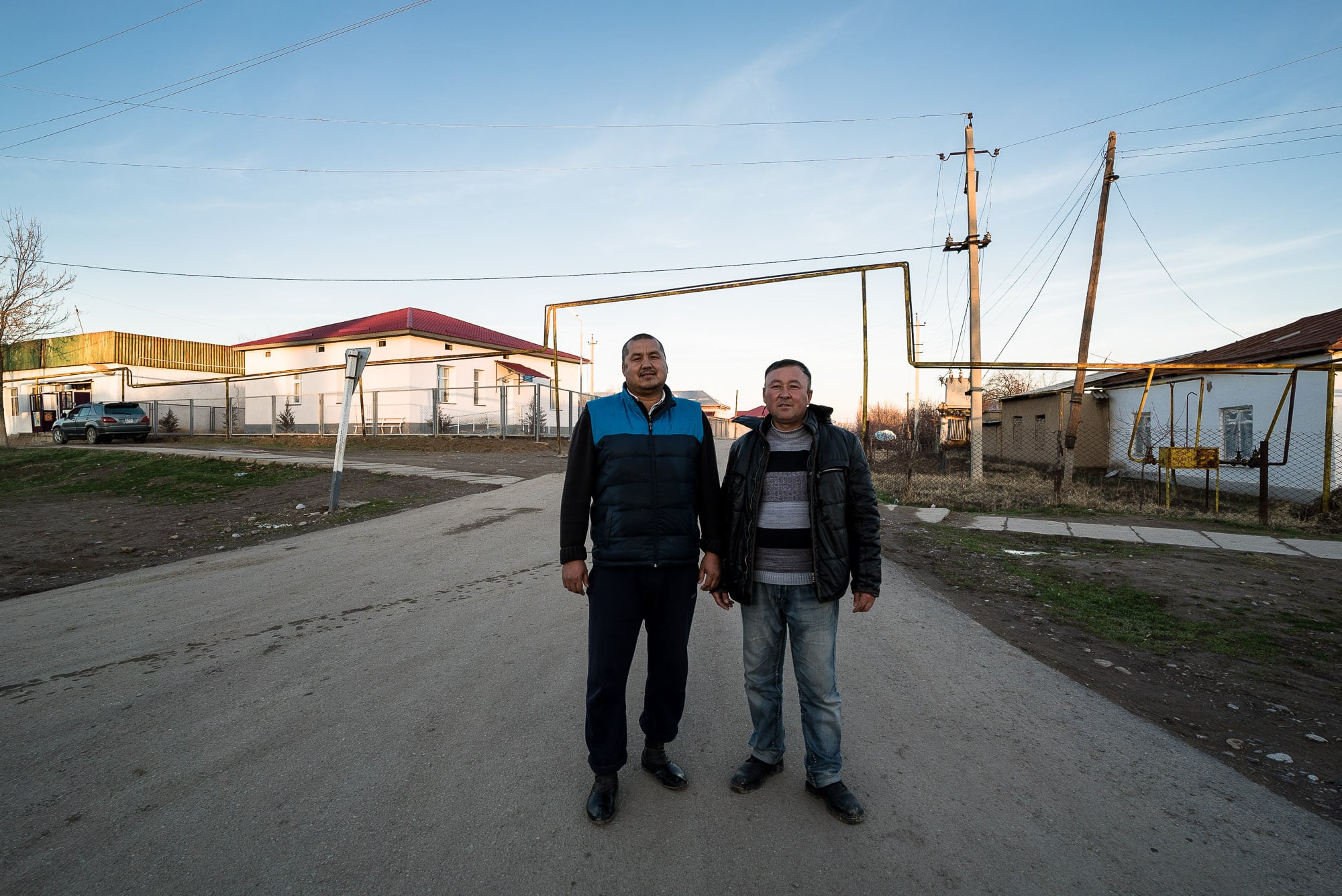 The Caboose and I continued on our way, and as we were rolling on, I kept talking to her.

Please don’t break down now, I whispered.
Just a little longer.
We are almost there.
Pleasepleaseplease.

Darkness was falling as we reached a large construction site: 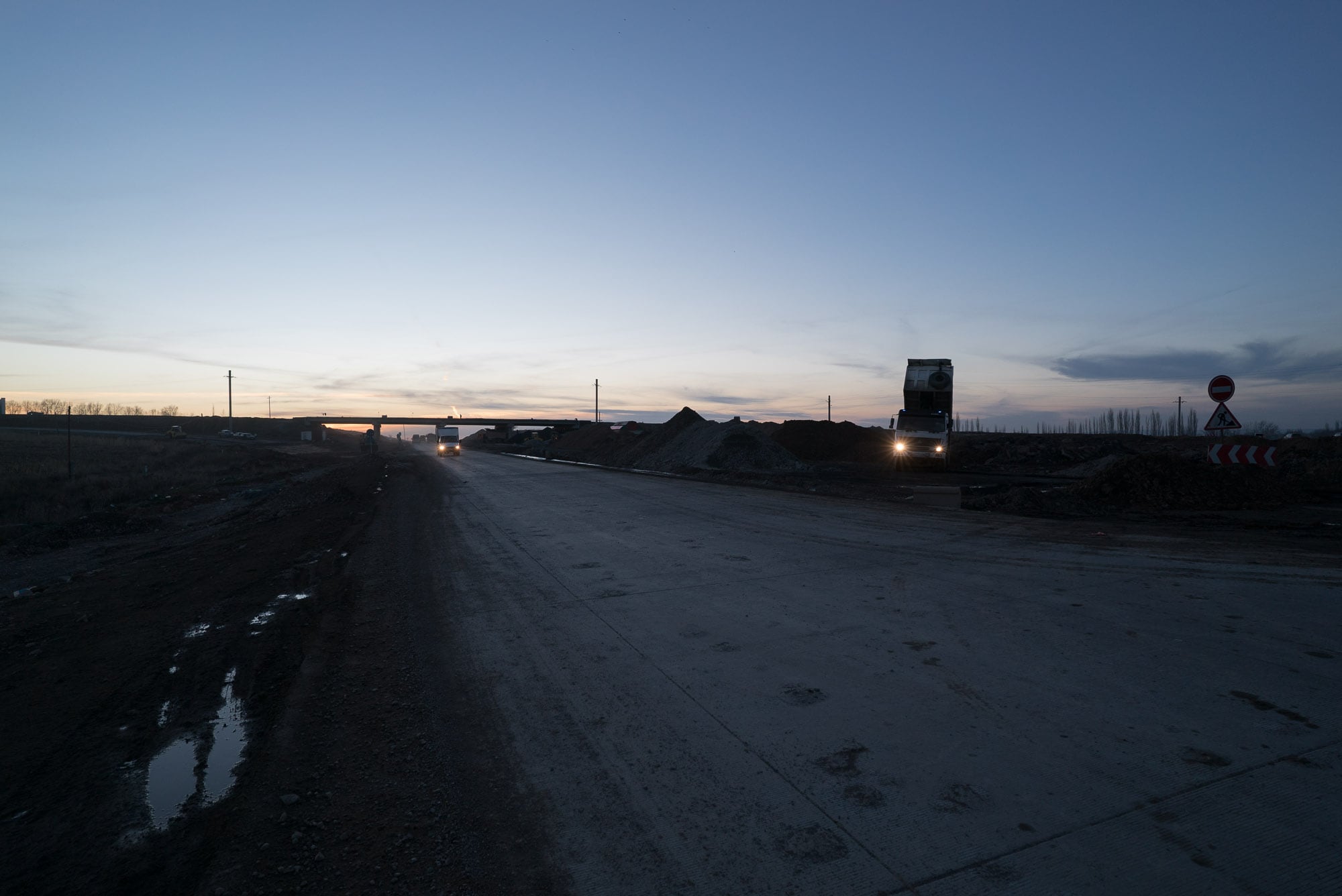 It took a half hour just to navigate through it, while the moon was glowing on the horizon: 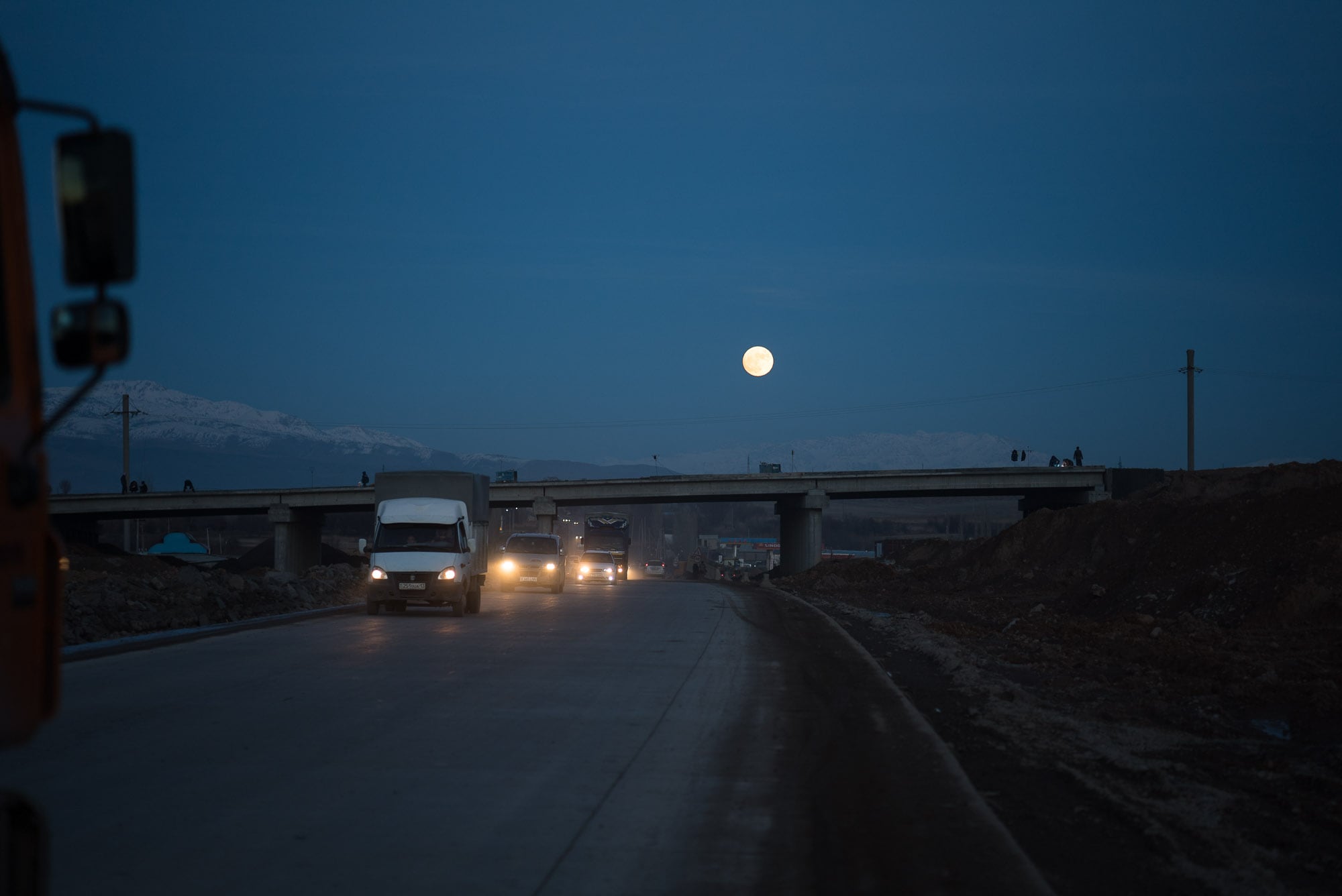 And road became only more and more terrible: 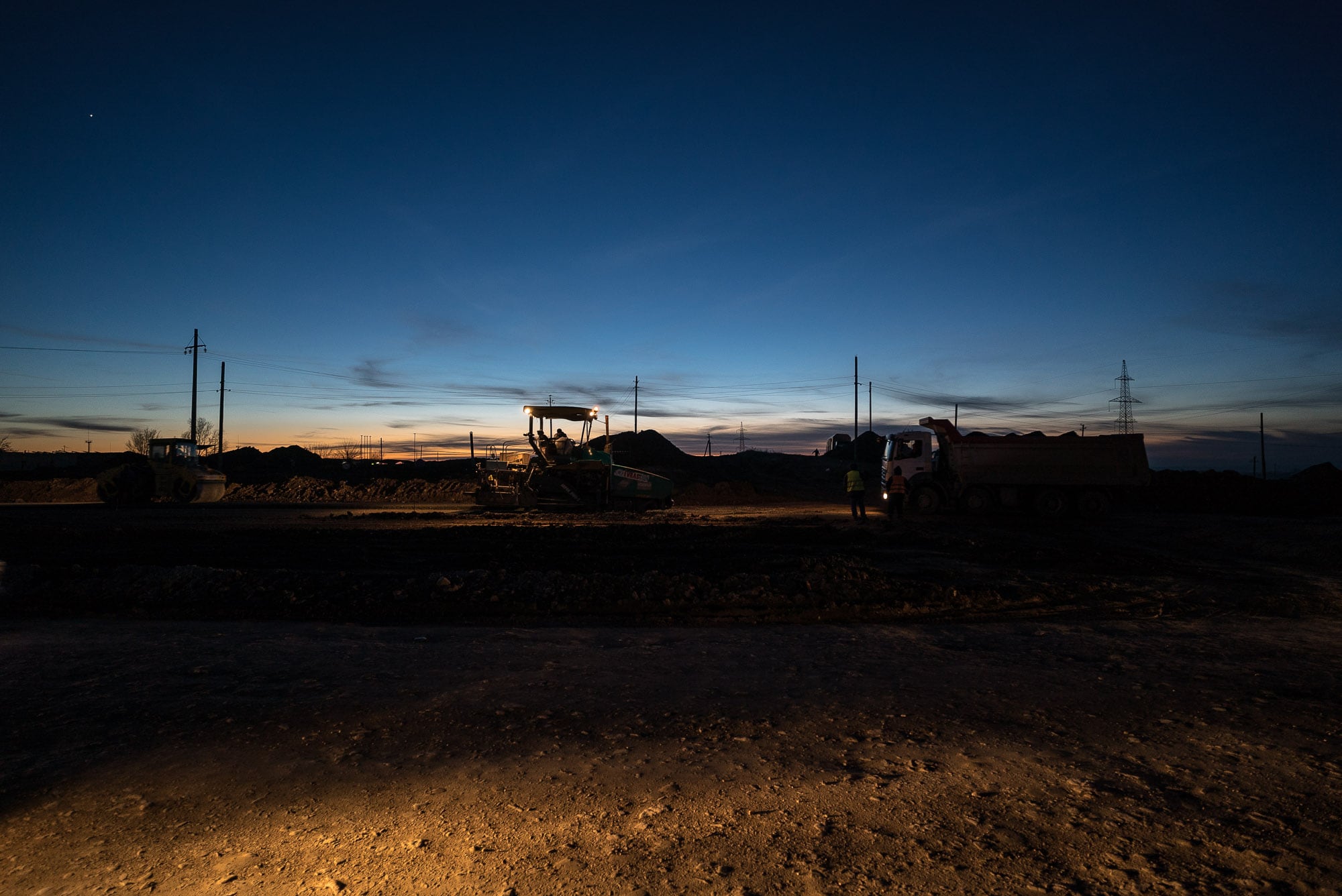 But we eventually reached Zhibek Zholy, the border village, and as we did, the Caboose was still running.

I thanked her, and then I started asking around for a place to sleep. Several people told me no, there was no hotel here, but in the end it turned out that there was a dude renting rooms right next to the border.

So we went there, I unloaded everything, skipped dinner, and started repairing the Caboose right away: 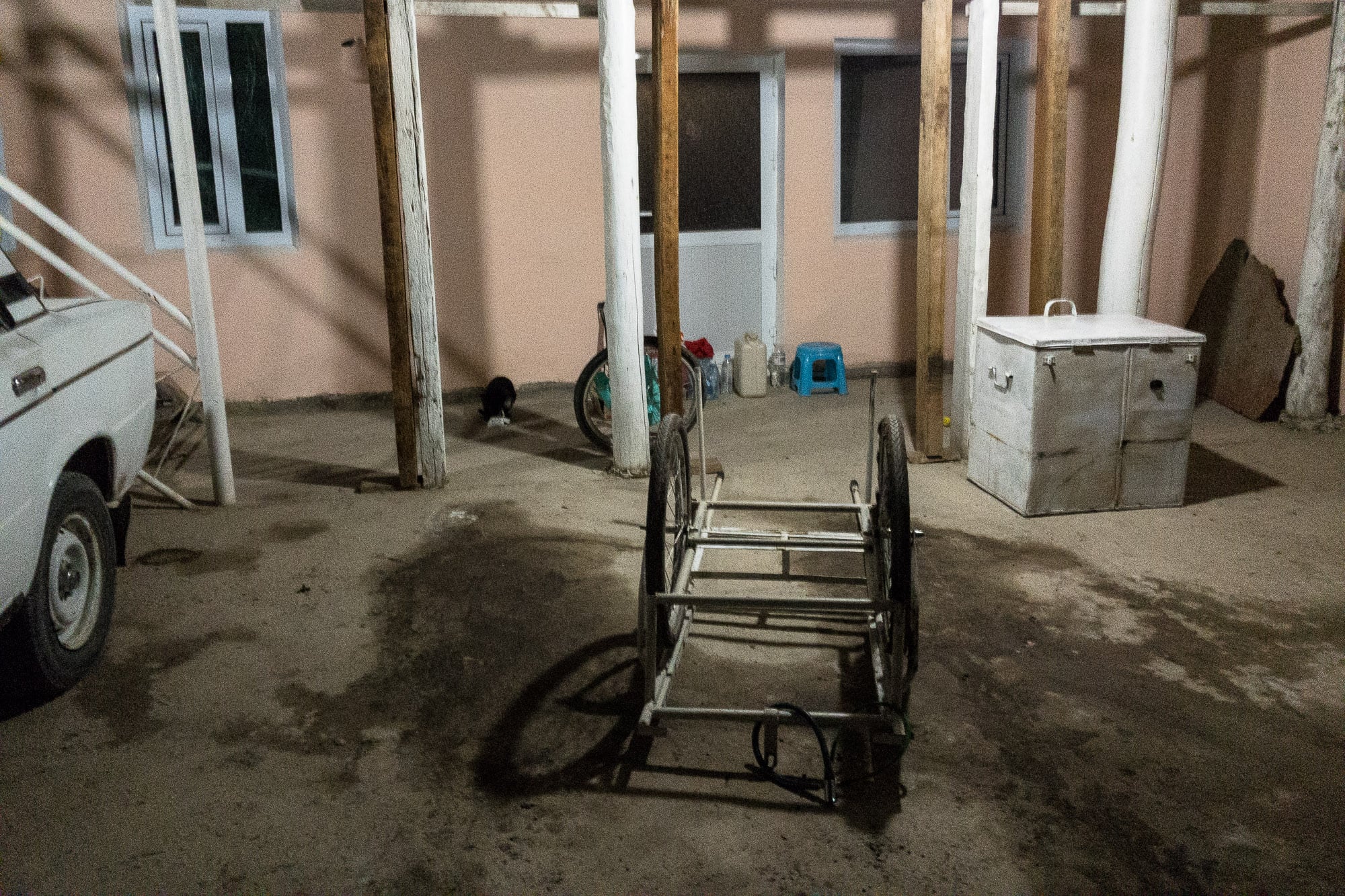 But as I did, this little thing came off along with the wheel: 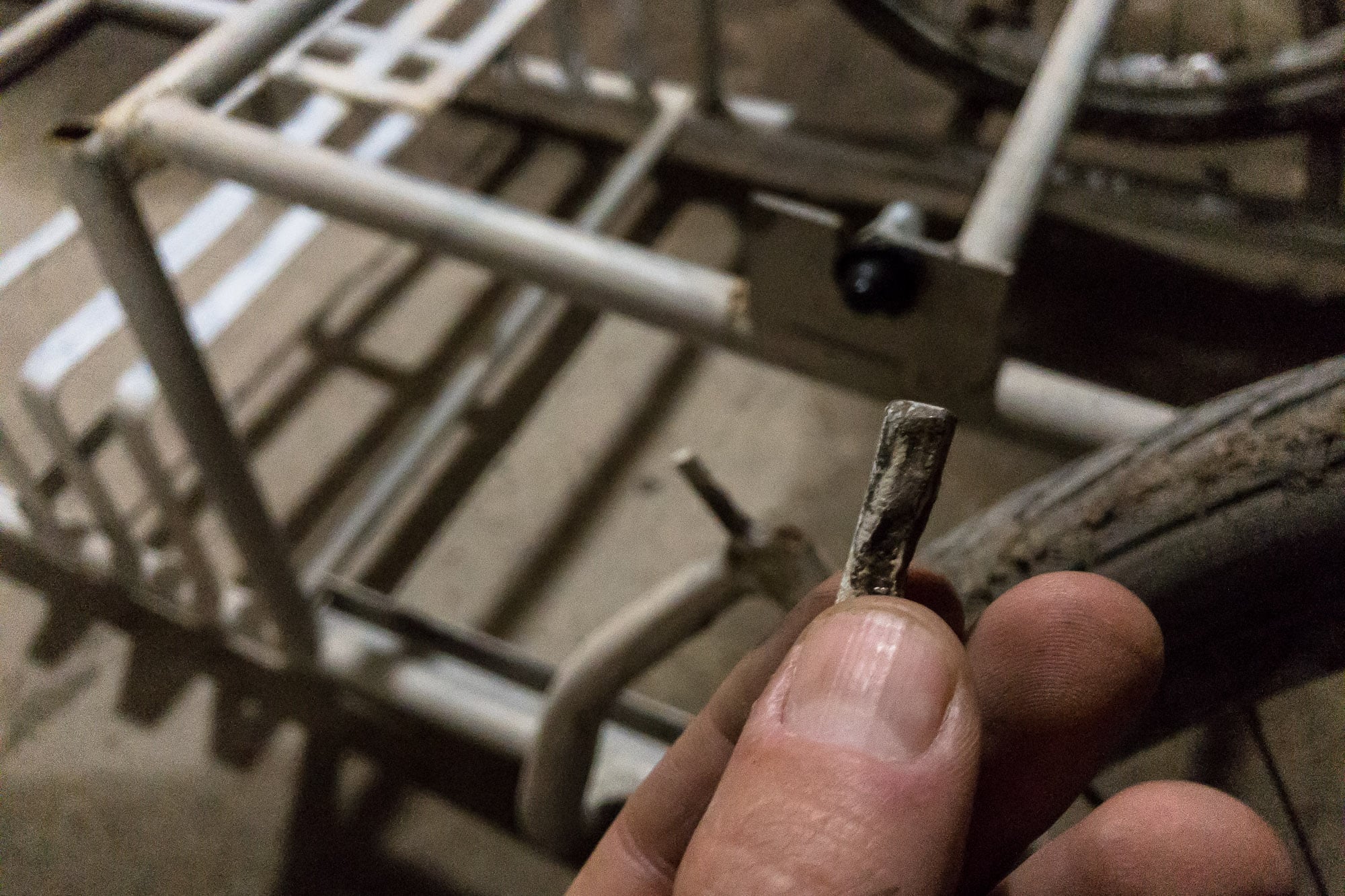 The Caboose was broken.

Day 593
from Kazygurt to Zhibek Zholy

Activity: walking
Soundtrack: System Of A Down - "CUBErt"